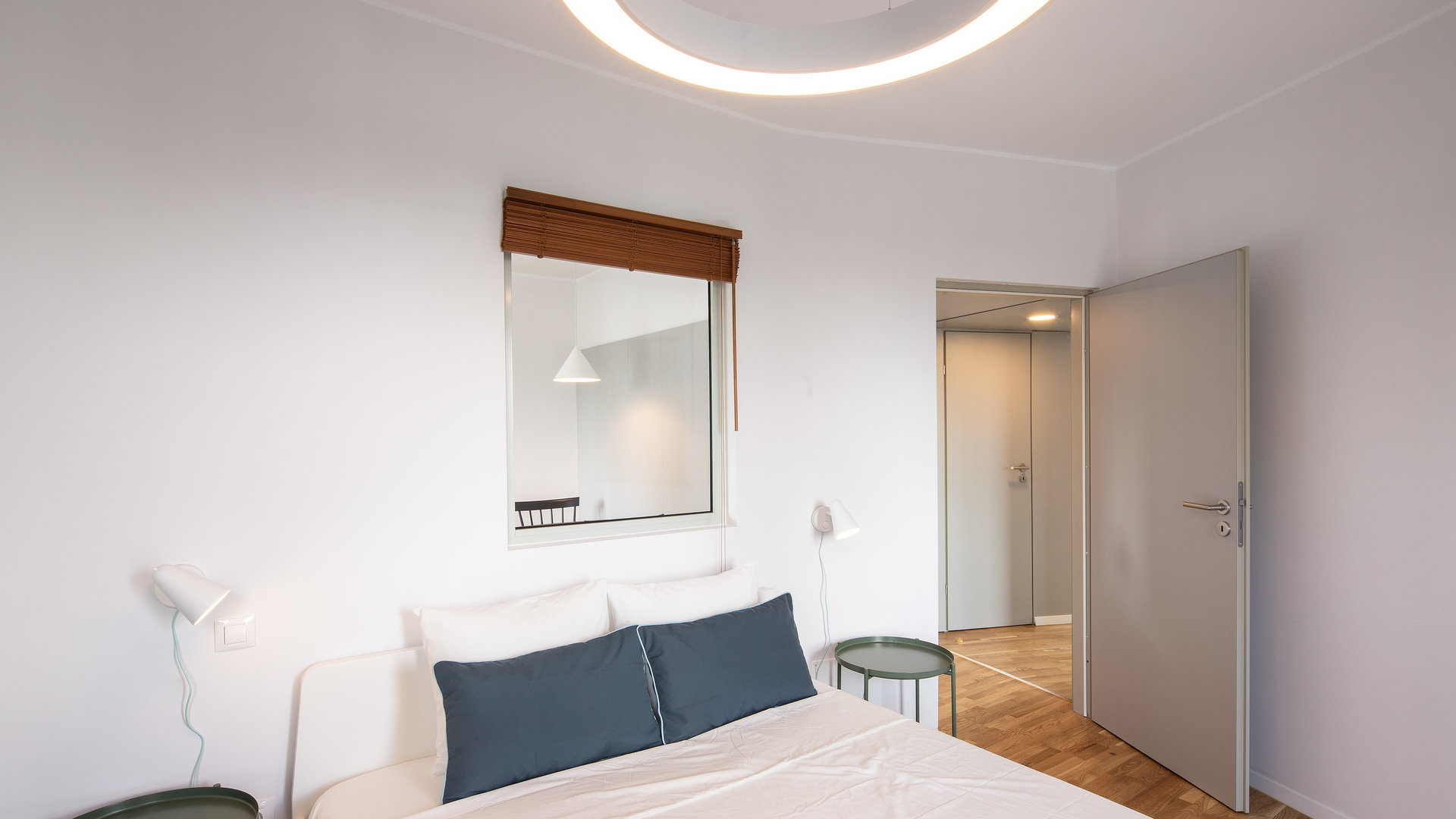 "The theme of the project was clear from the beginning: an Airbnb apartment where budgeting and accessorization had to be kept to a minimum. From this point we defined the beneficiary as "universal" in the scenario where the apartment will be used by tourists of different nationalities and ages. The clear intention is to connect the spaces between them at both finishing and visual / volumetric level. The apartment allows for a series of direct views, in which you can directly see outdoors through another room, which is less common in standard apartments. The useful area is approx. 48mp, a compact transit dwelling. The entrance hall is connected with the kitchen through the flooring, which also has the left wall to provide a hanger. The wall between the daytime and the nighttime becomes an inner face and connects them through a window, made from a former doorway. The distribution hall between the living room, the bathroom and the bedroom takes the role of a core by using a single surface that bordes the wall, turns into a door, doubles the space with a mirror, and ends the bedroom entrance.