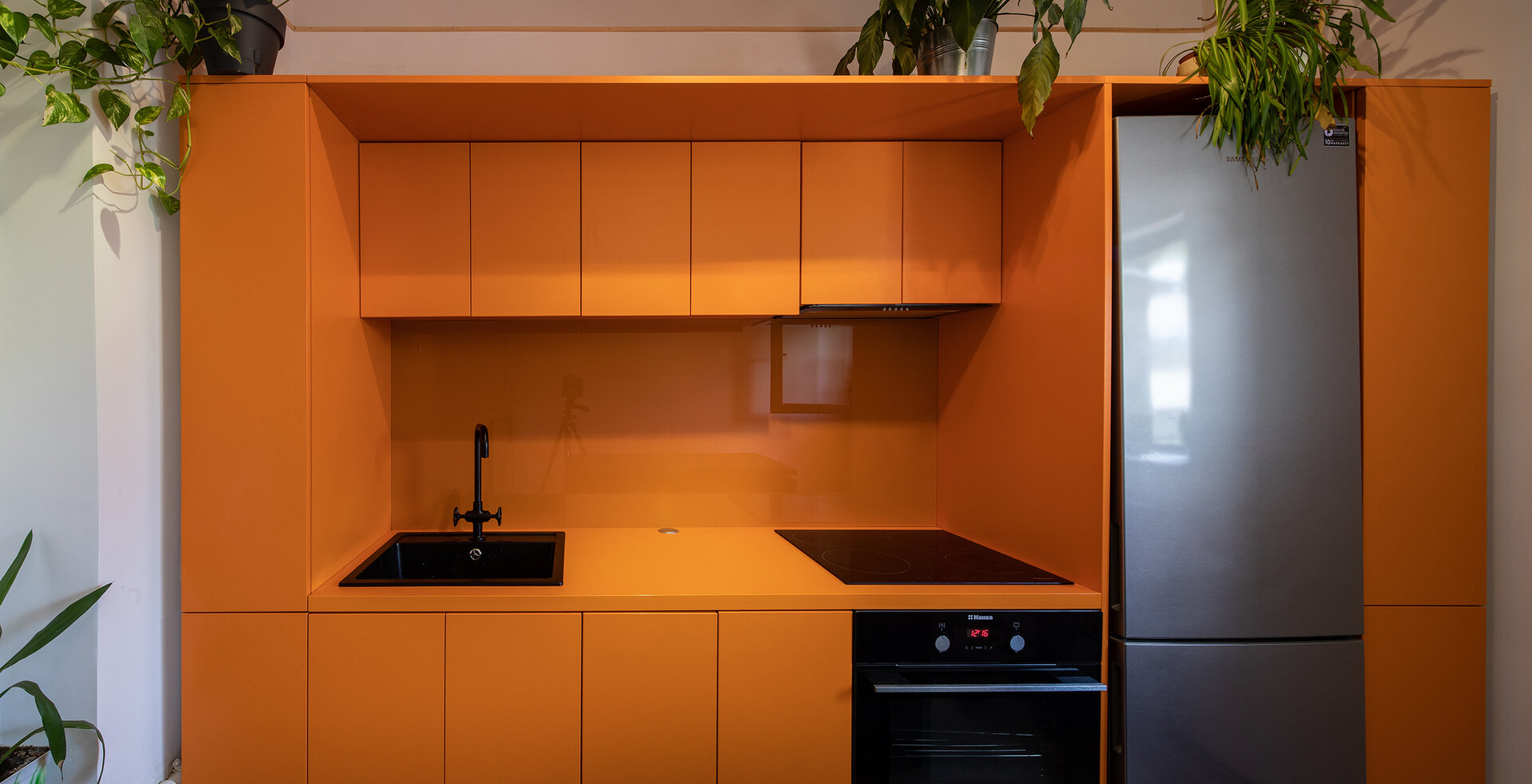 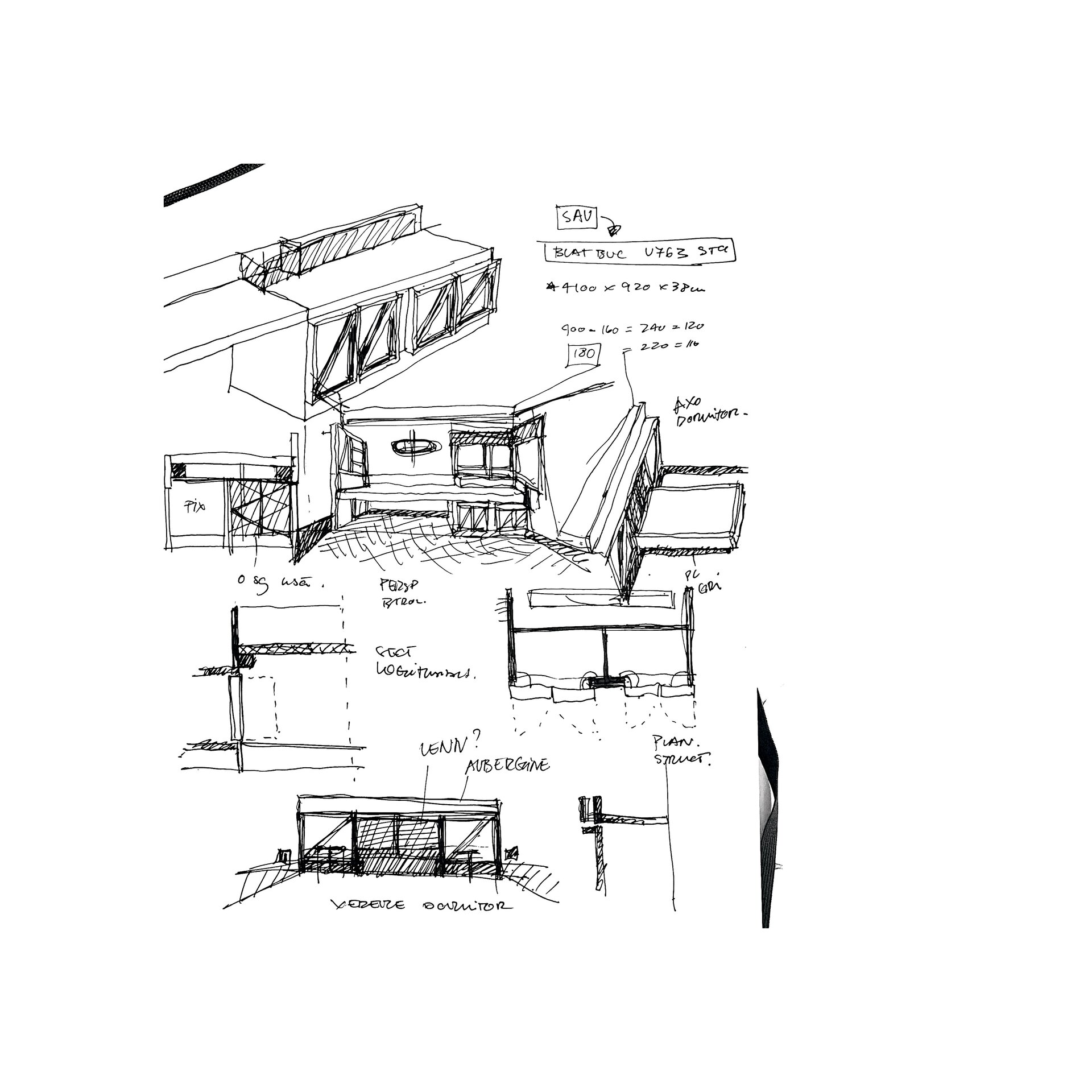 The apartment on Rumeoara street in Bucharest is on the last floor of a building from the interwar period and contours the end of the street. The collaboration with the client was a fortunate happening and until now , one of its kind: I was approached online for this project, and since then I have tried, with each step and going through over 250 emails, to find the right answers for the existing budget and need, based on my first intentions.
A 3-room apartment, in which all the rooms are connected, except the kitchen. Initially, the last room (the one with the balcony) was not used / integrated in the actual housing, which affected the interior circuit.

The proposal clarifies the destination of each room, with a buffer / passage room between the main "functions"; and then: the kitchen is connected to the living room and bathroom through the entrance hall, the bedroom living room through the office, the bathroom bedroom through the dressing room, with the reciprocal valid in each of the cases. The interior finishes have been completely restored: floors, carpentry / interior doors, radiators, walls with connection to ceilings and wooden rod. The intention in the proposal of furniture was the final delimitation of an interior space, as clear as possible, with 2 pieces of furniture (fixed) that support a dialogue between them / the space / within a general image. The important thing was, the proper dimensioning of the elements in relation to the existing space and with the space that remains to be used.
The kitchen, with an almost square planimetry, closes out with a functional piece and marks the central place with a worktop. The bathroom, also a living space receives a different finish (concrete paint) due to the state of degradation to the initial floor. The sanitary objects are mirrored compared to the initial situation; furniture along the entire length of the wall traces a clear interior contour and integrates the washbasin, mirror, storage rooms and drainage. The bath tub is the original one, restored and enamelled; ceramic wall tiles are only proposed in sensitive areas. The living room, left unfurnished with new parts, receives a long chest of drawers on the common wall with the kitchen. Thus the orientation of the living area can be directly related to the office or completely turned around. The work room already contained 2 elements: tiled stove and sofa. The pieces were positioned (quite) naturally, the office on the glass wall and a mirror storage in response to the work area and access to the next room. The bedroom (the brightest room) integrates a single piece that holds the bed, acts as a bedside table, and its variable depth can be used as storage through the side doors.
The general color scheme has as a starting point the existence, the destination and the size of each room. In relation to the types of floors, orange / yellow / burgundy combined with natural wood for the living rooms. In the bathroom and night area, gray / purple / white /.
The project was carried out up to a certain stage; and so I think it was wanted from the beginning. The photographs are taken 3 months after completion, during which time the client had time to "live". The finality of the project had a clearly delimited moment, after which, naturally, it enters a stage of its development or dwelling through the client. 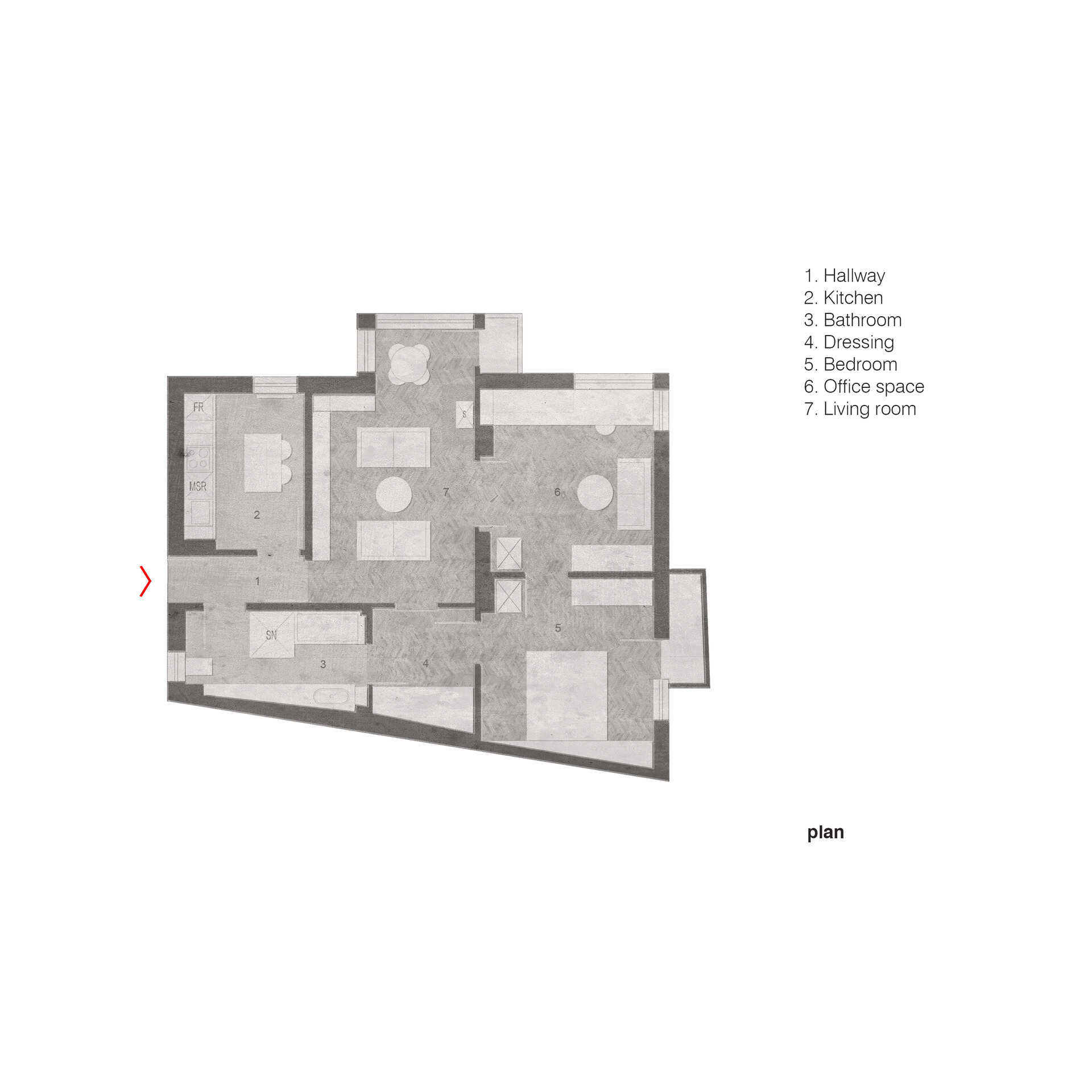 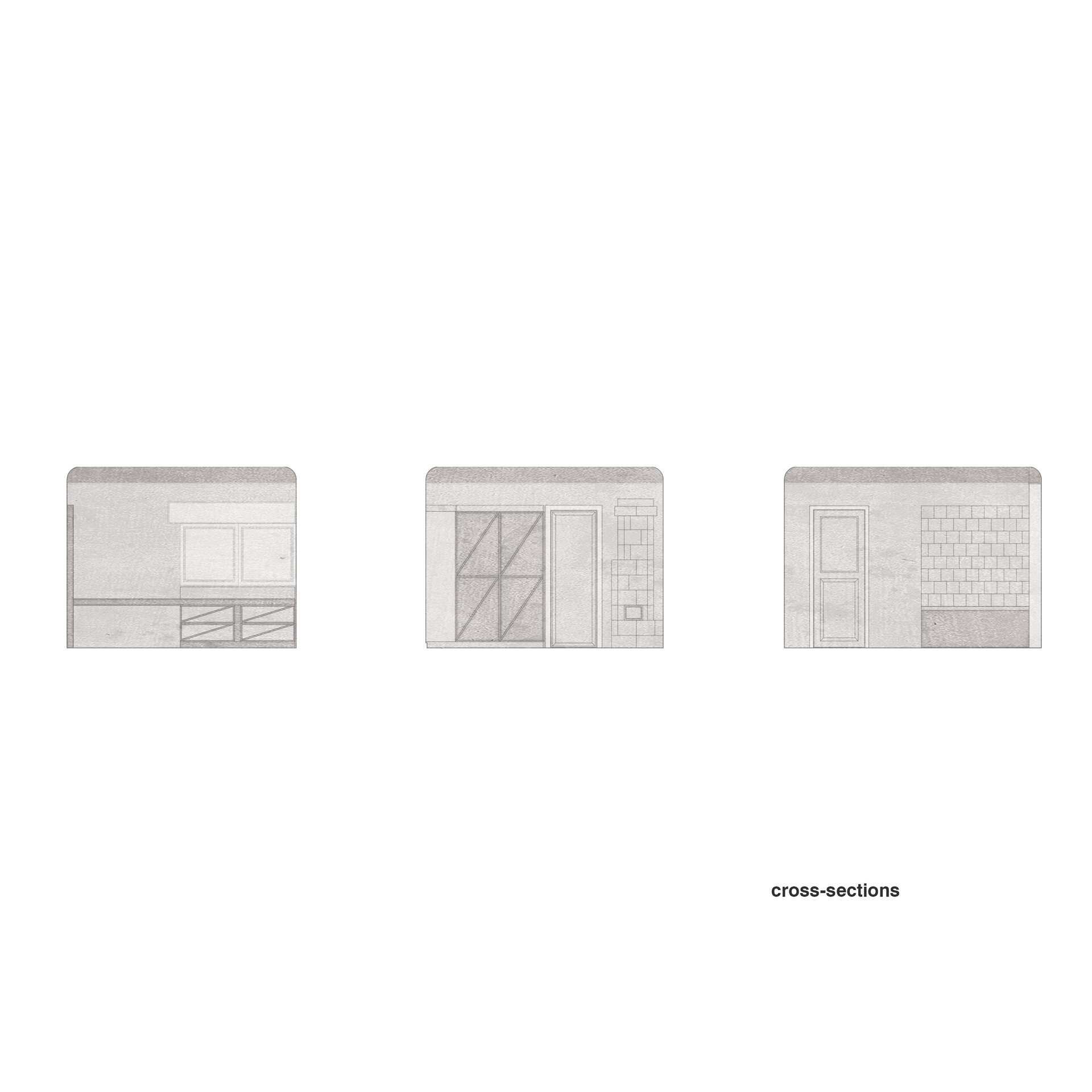 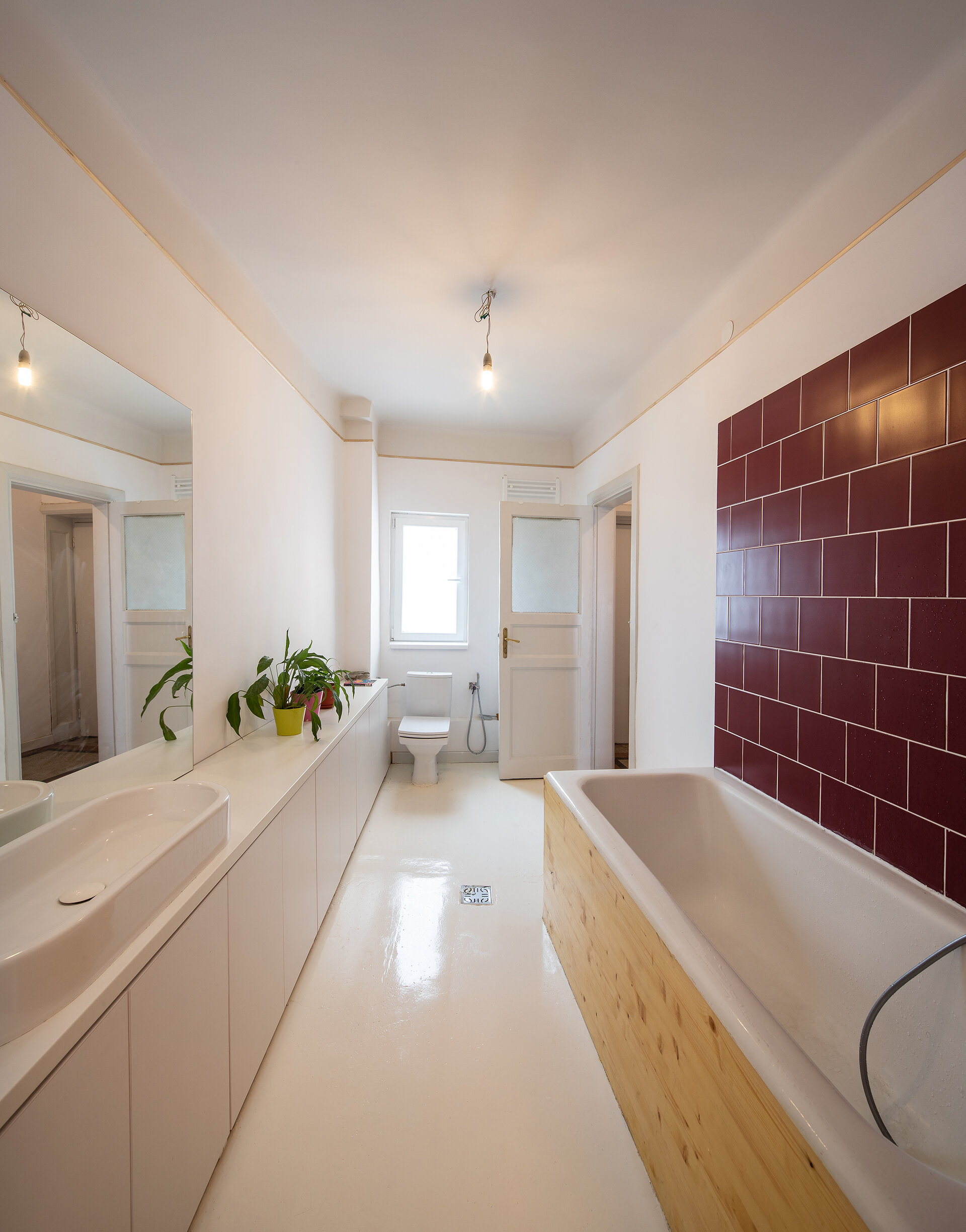 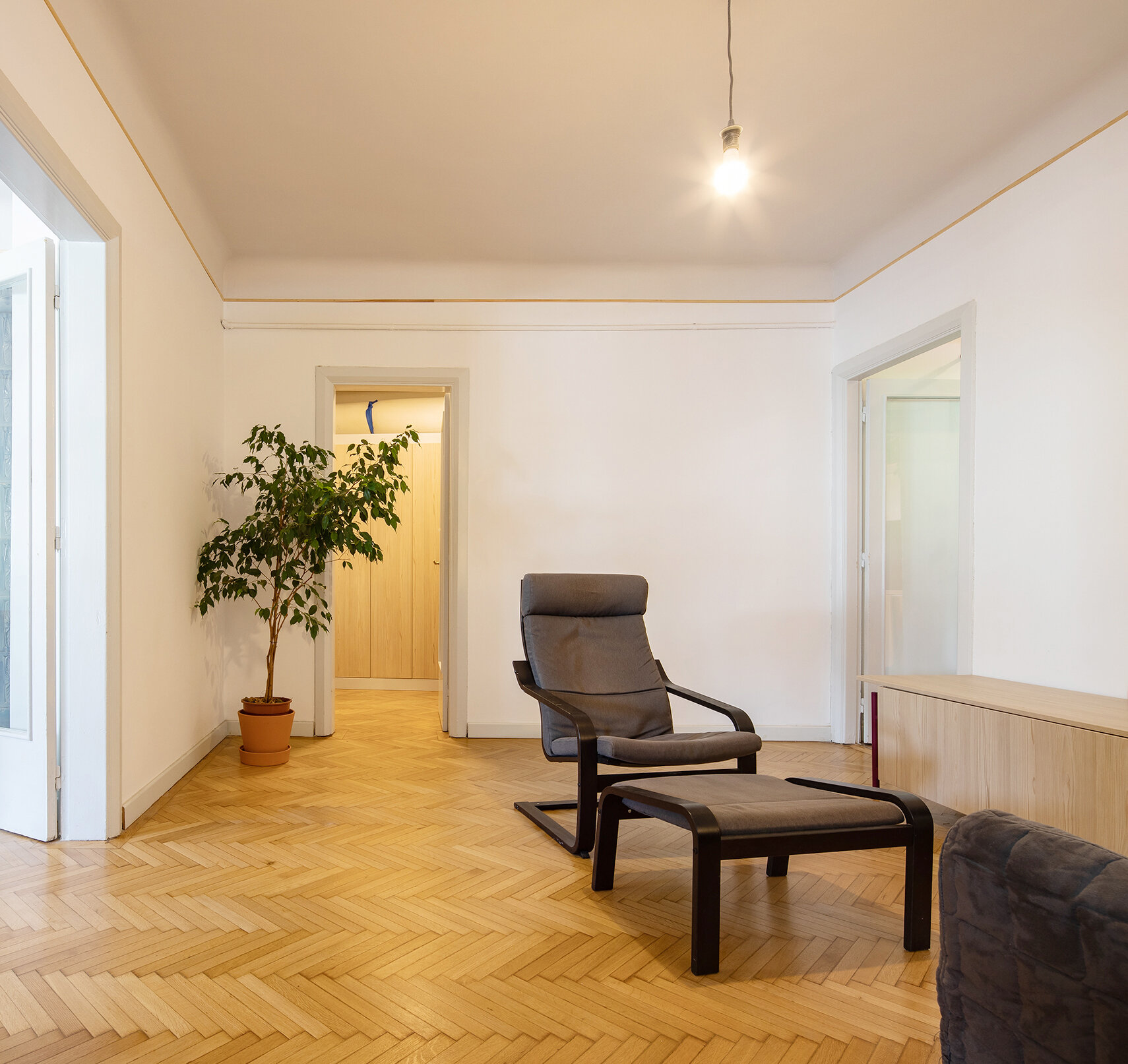 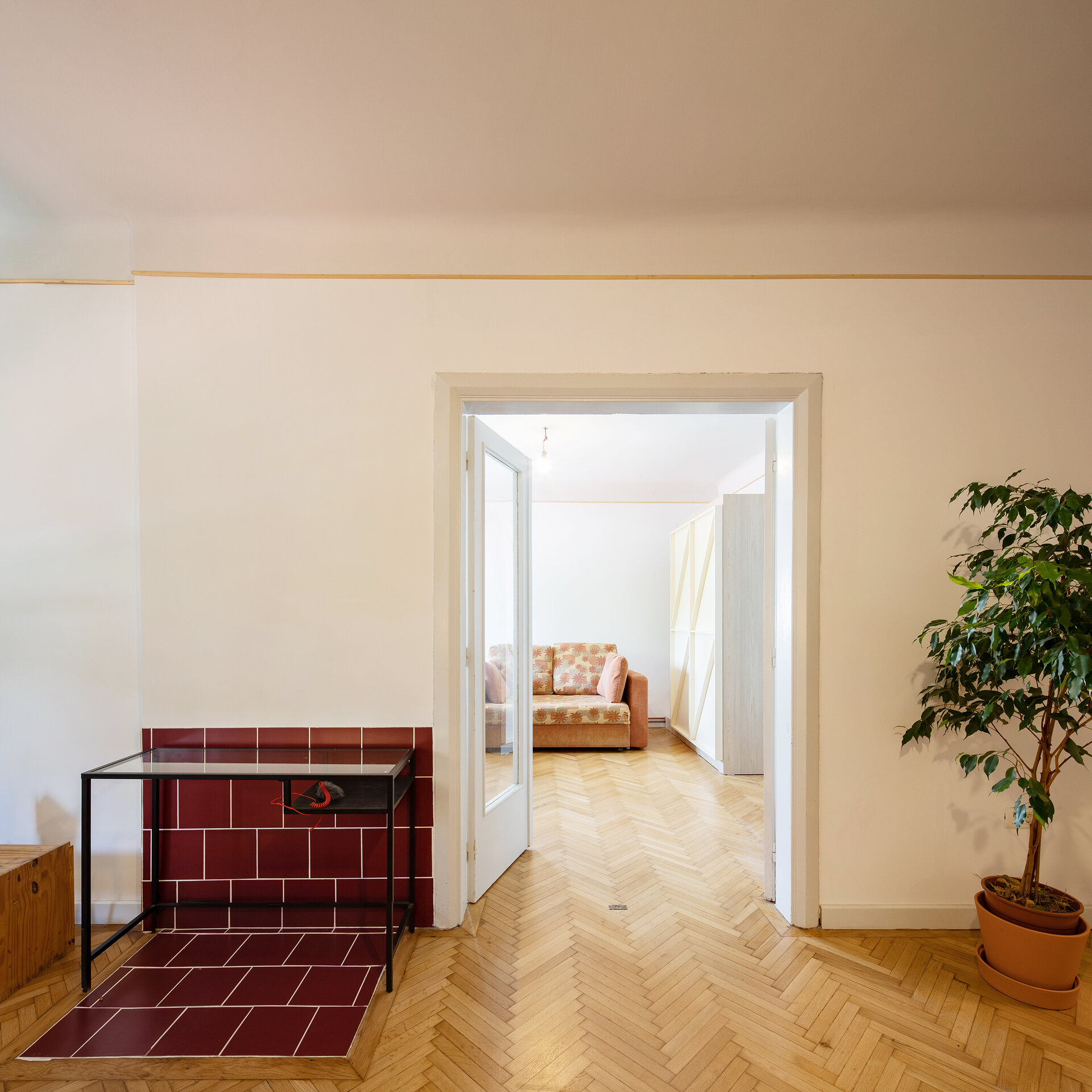 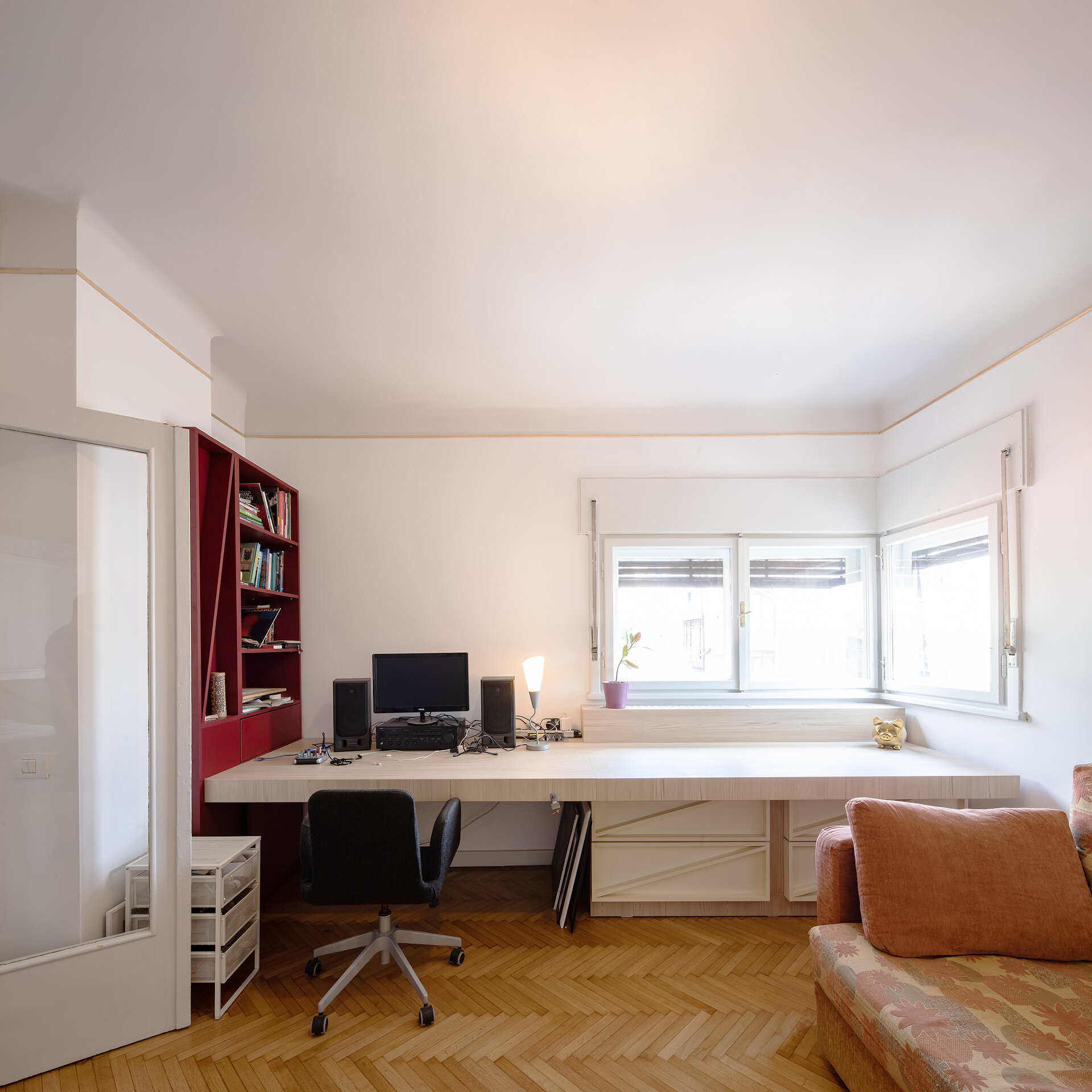 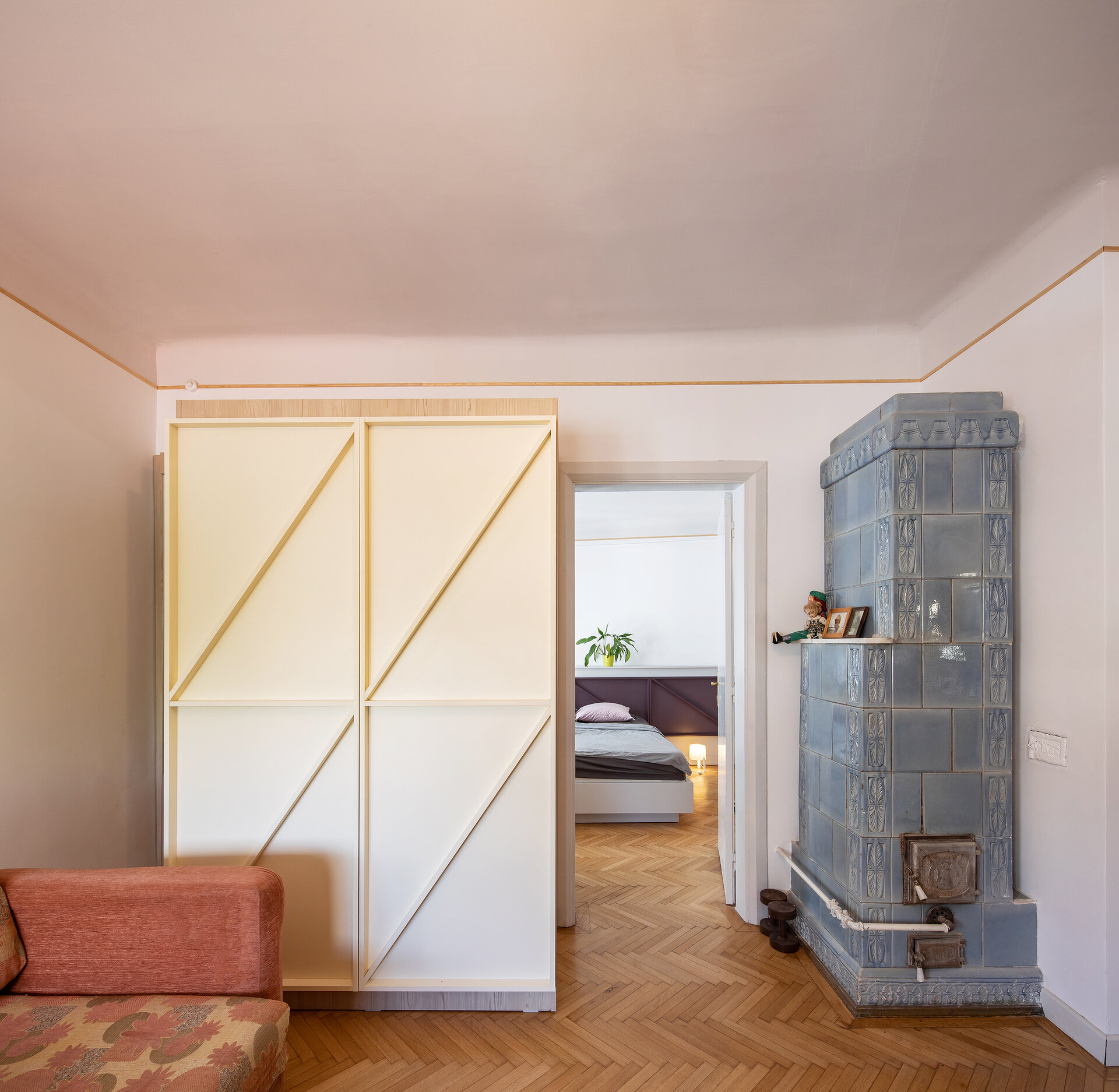 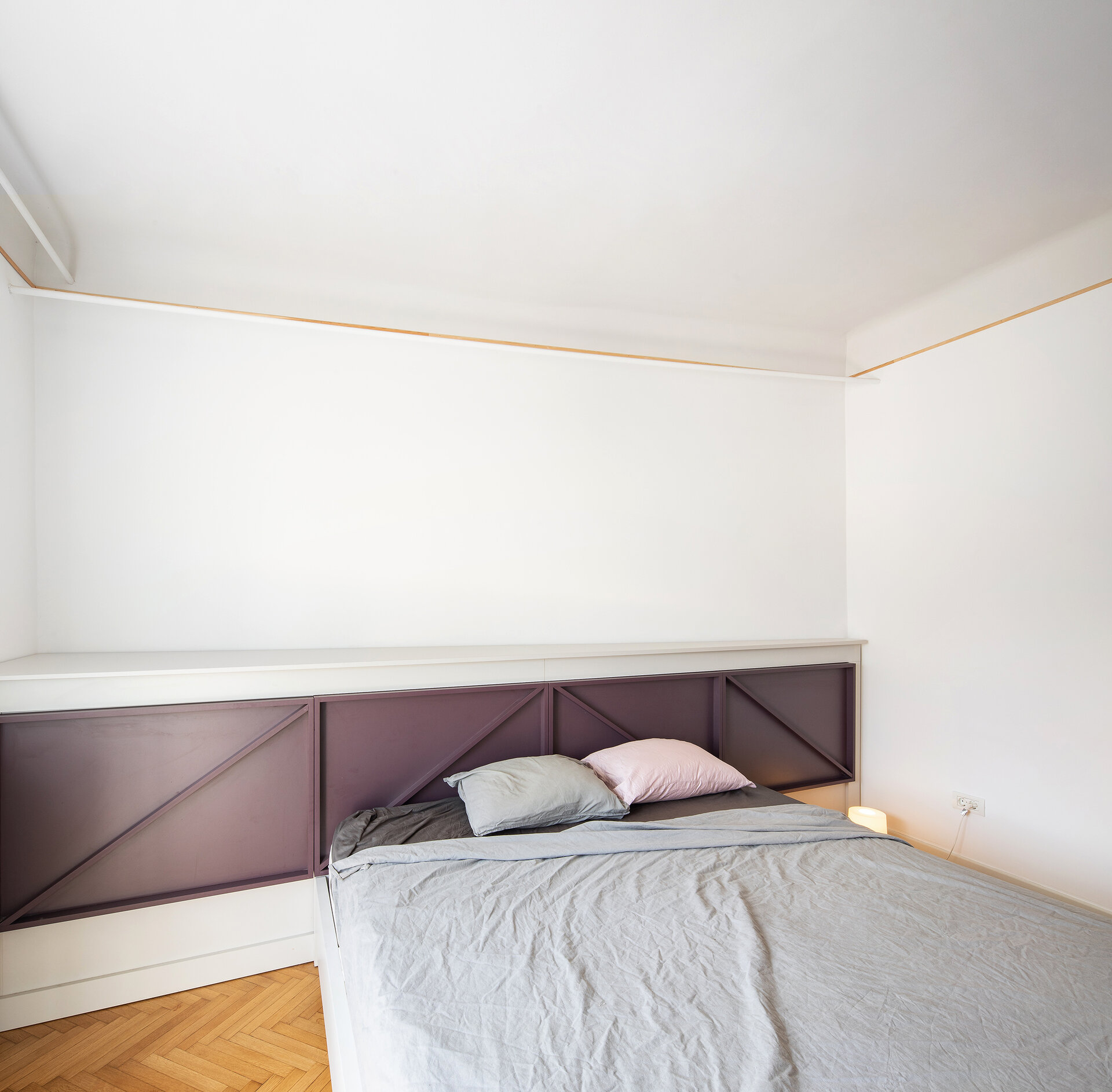 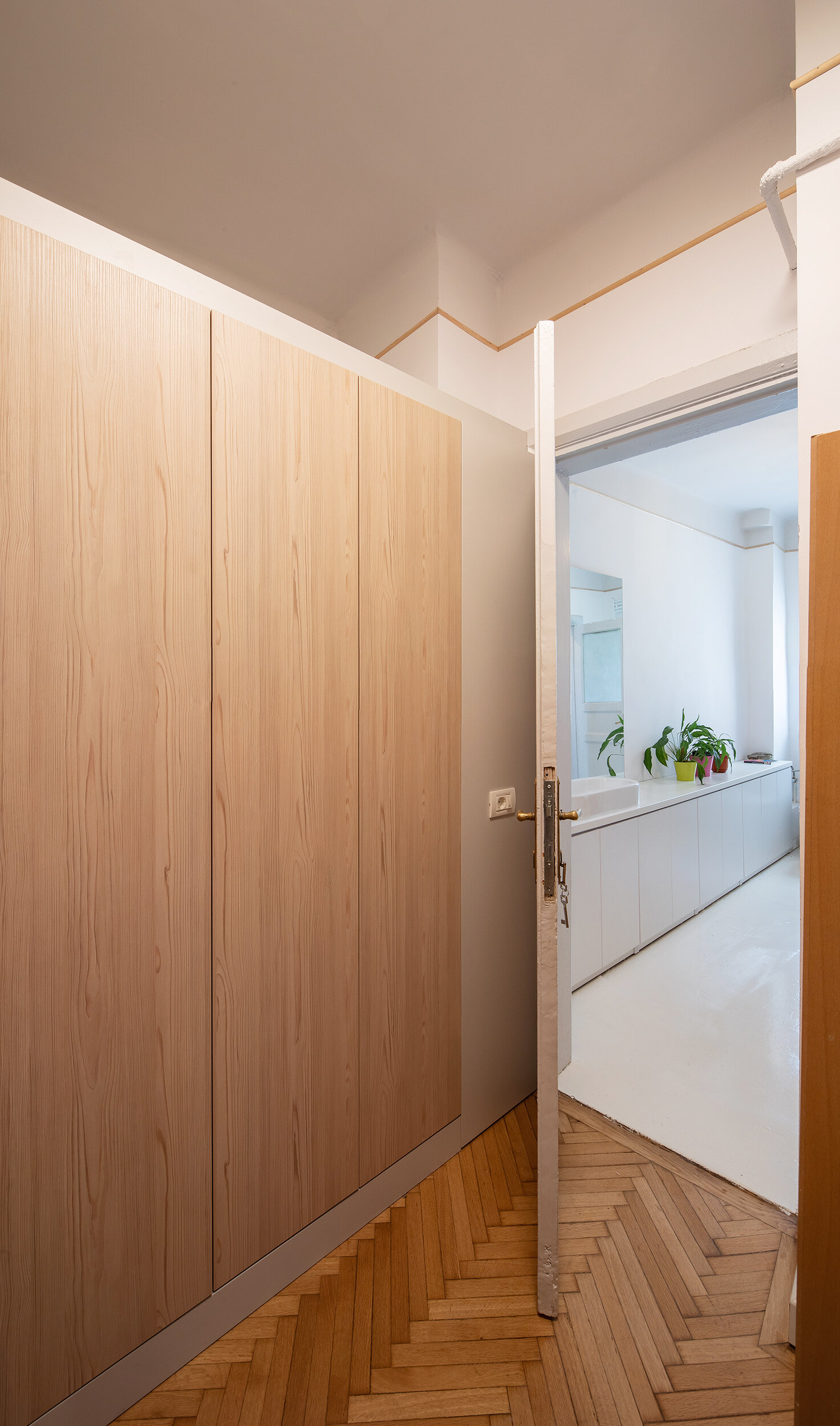 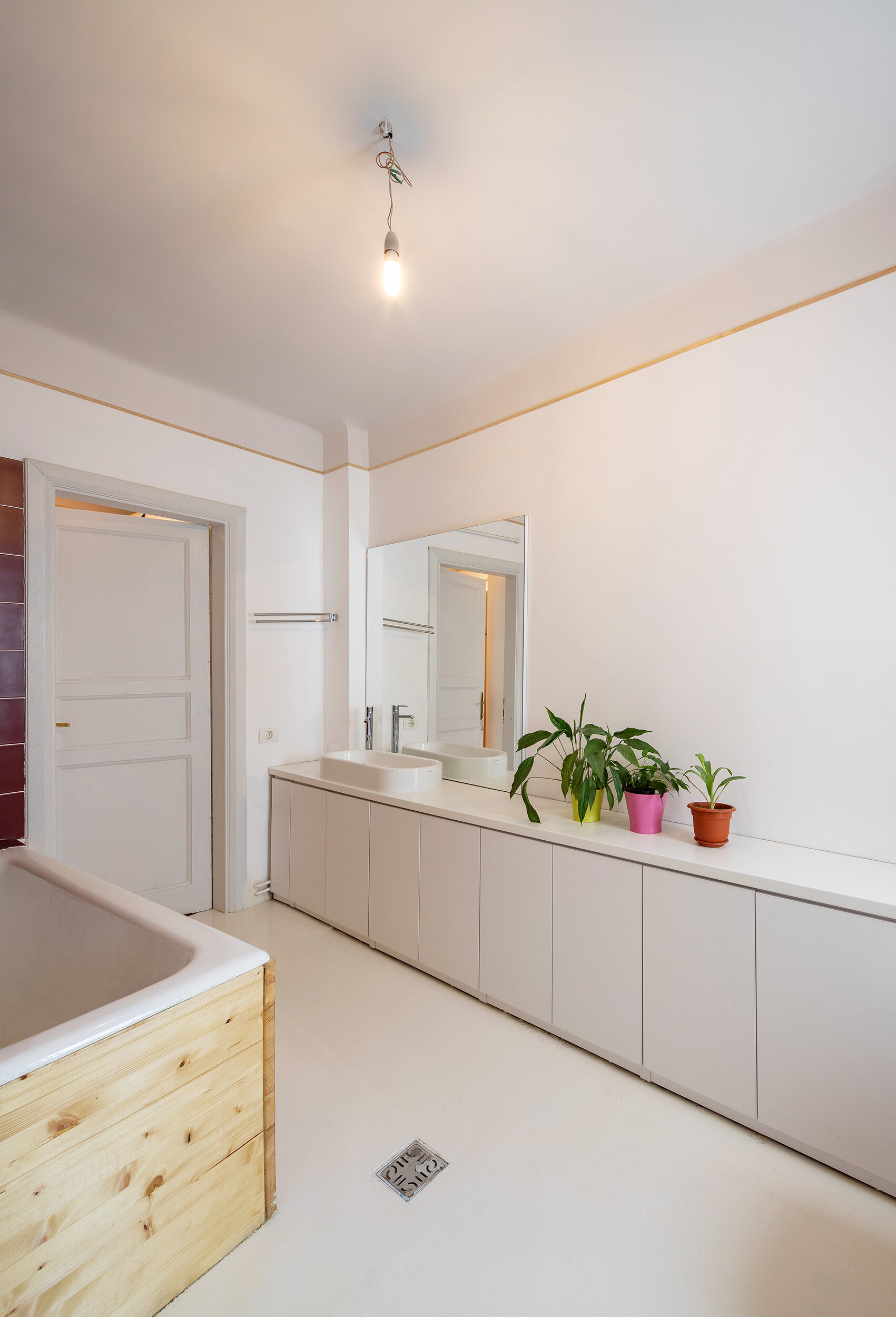 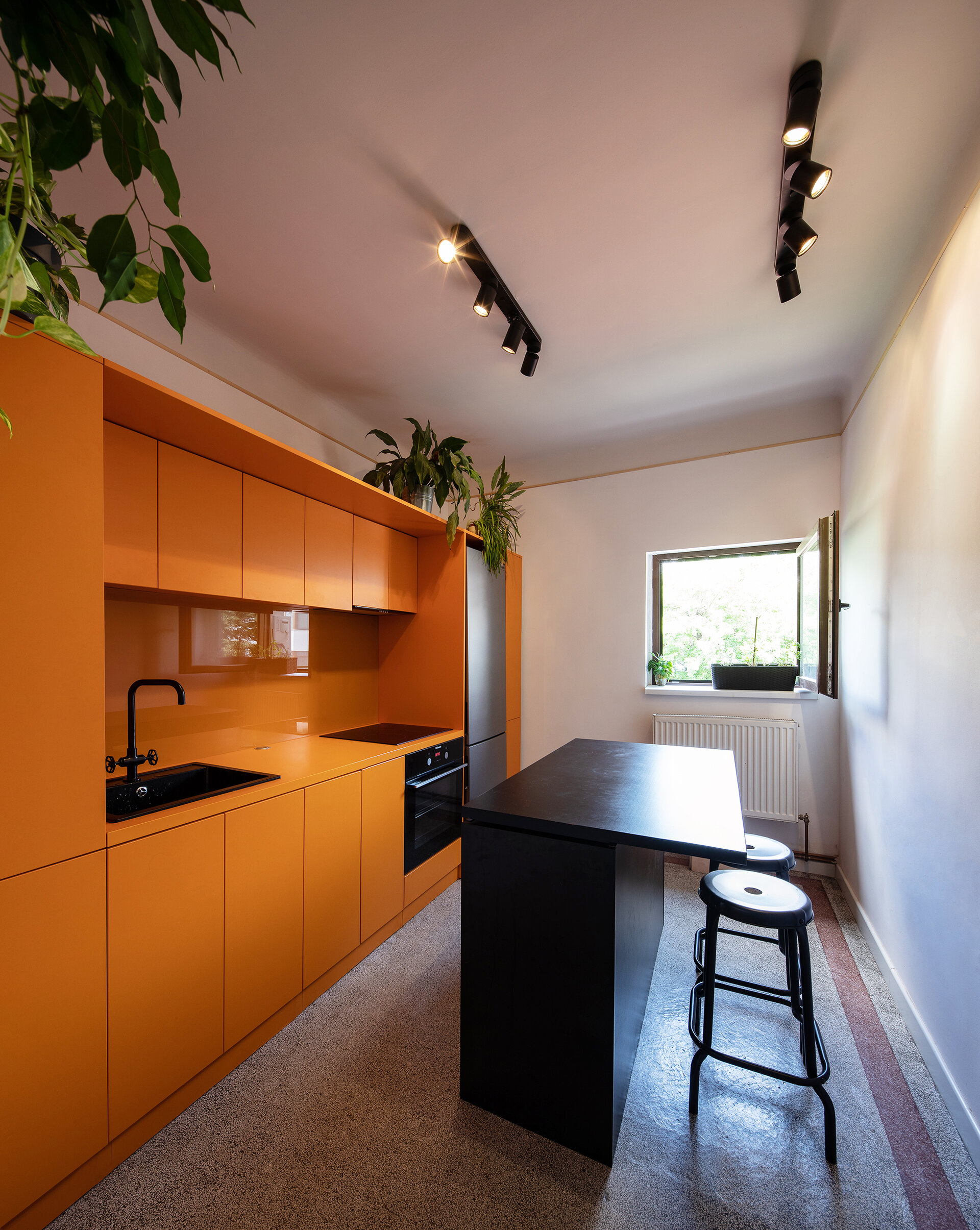 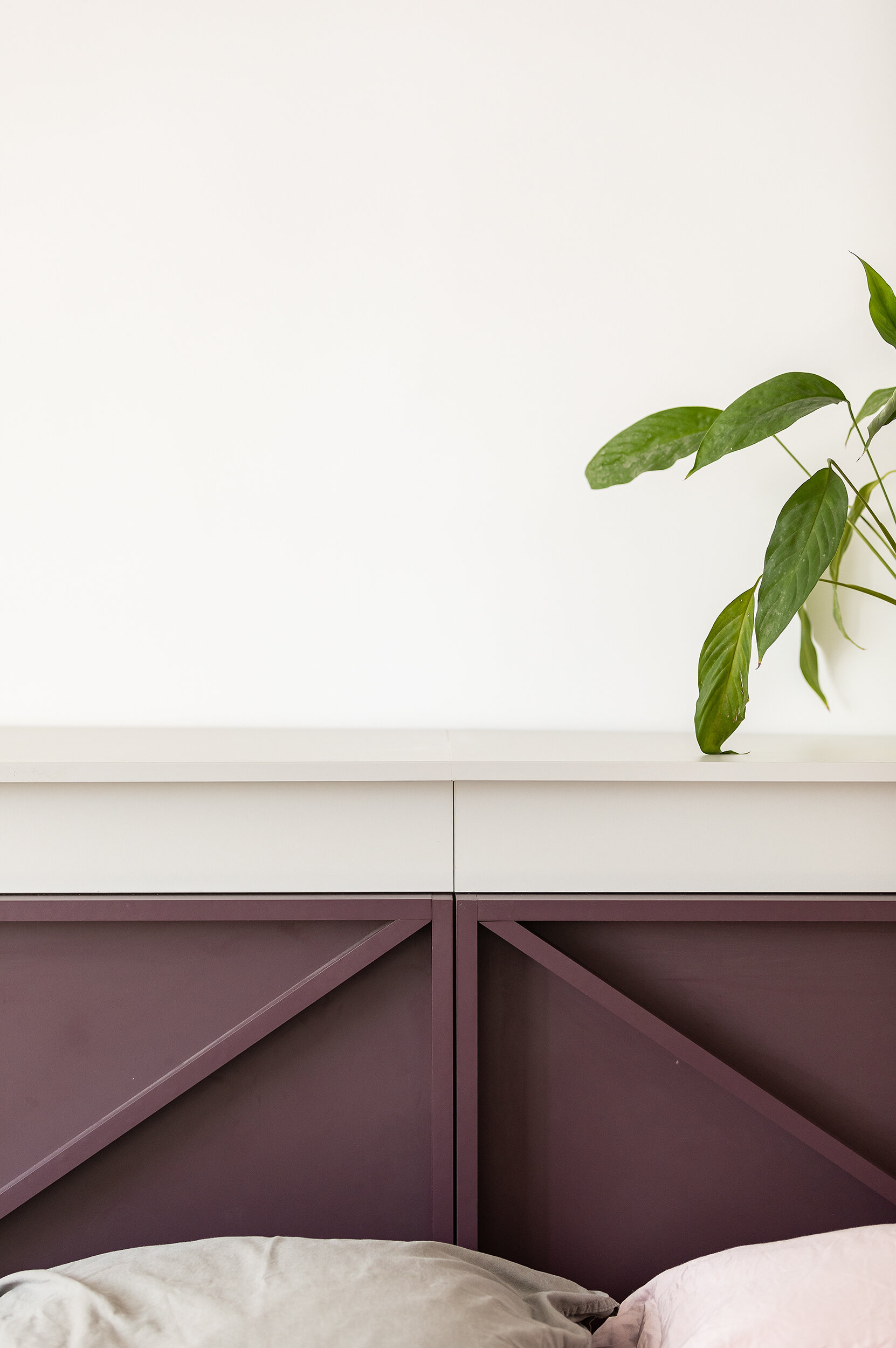 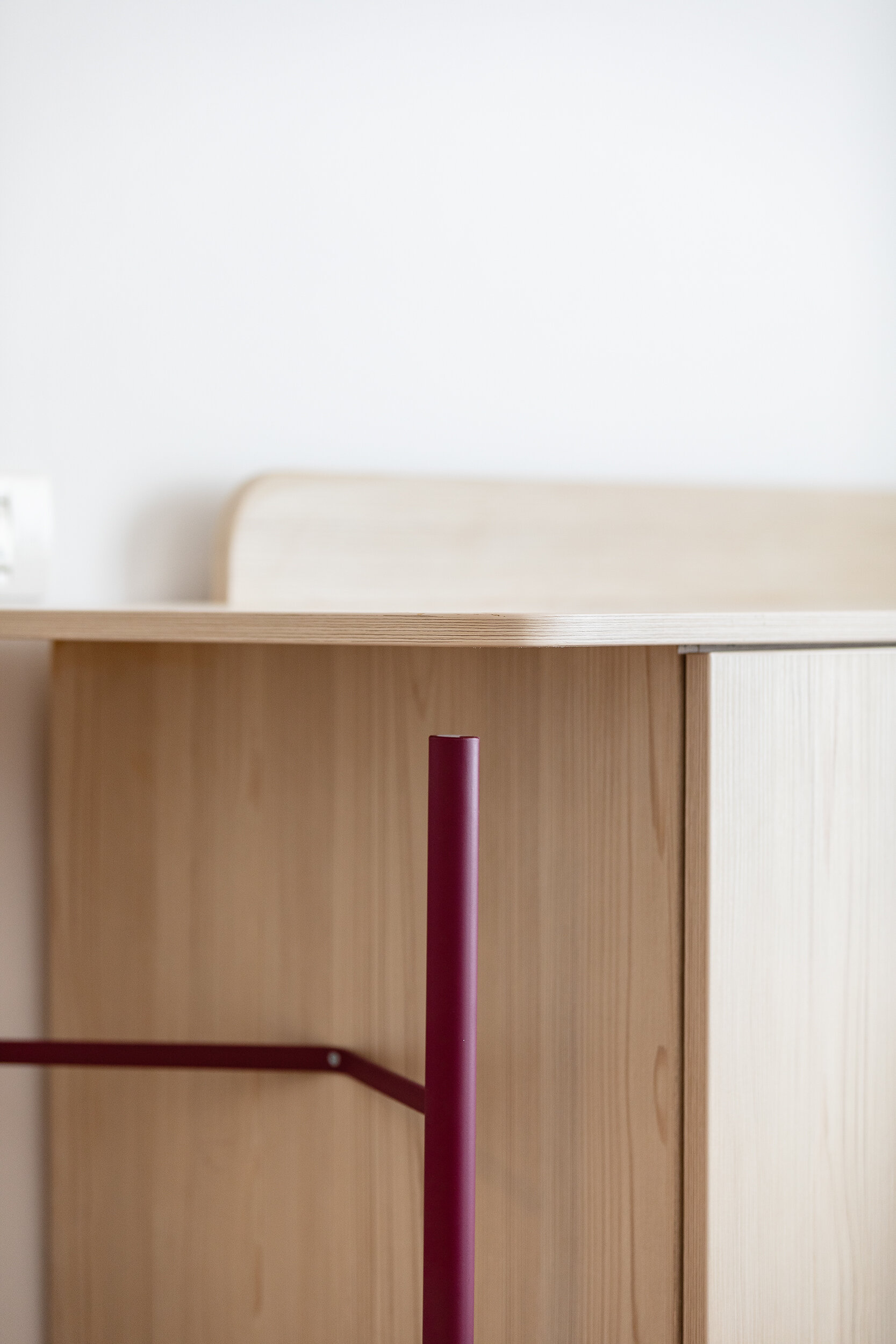 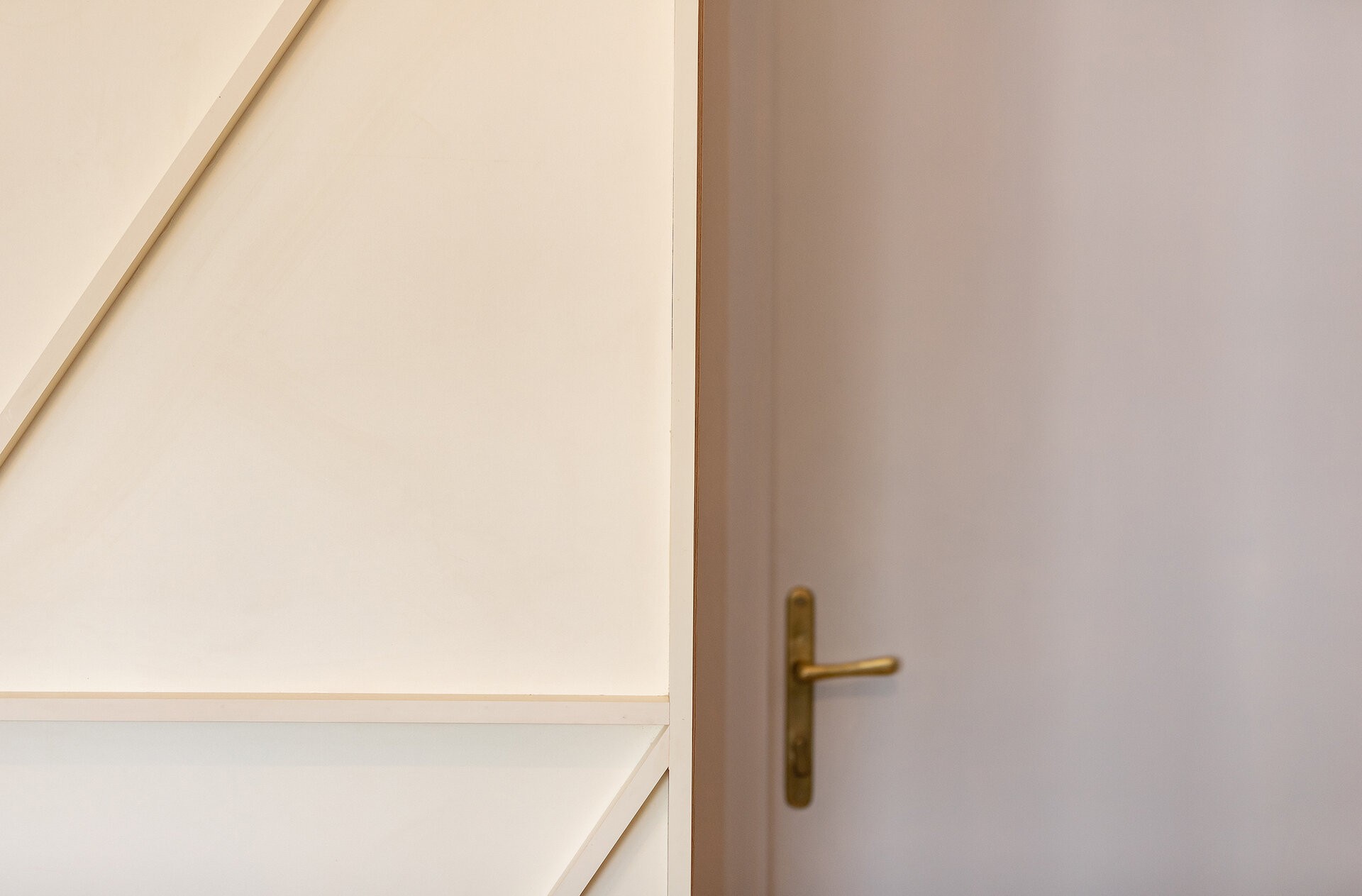 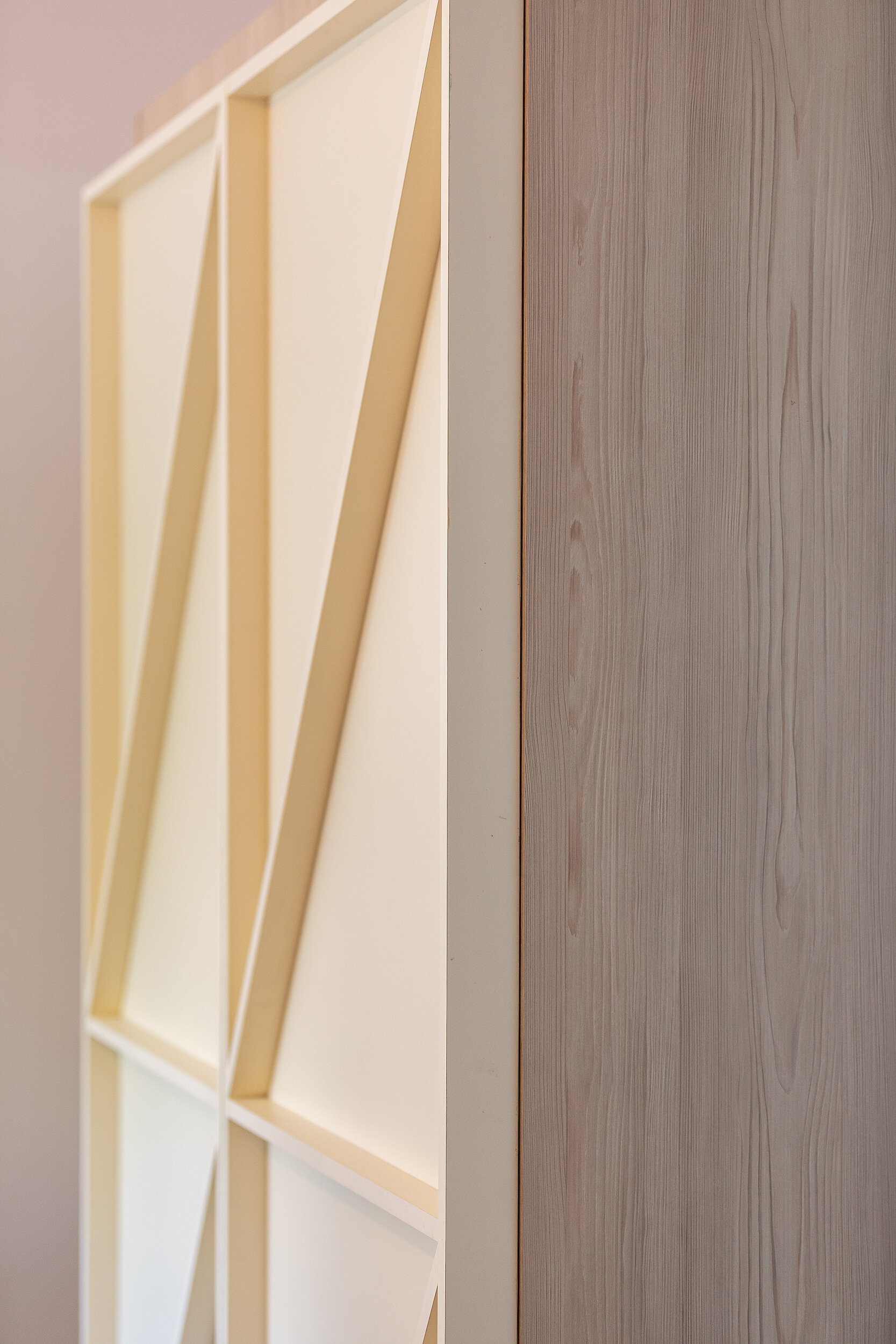