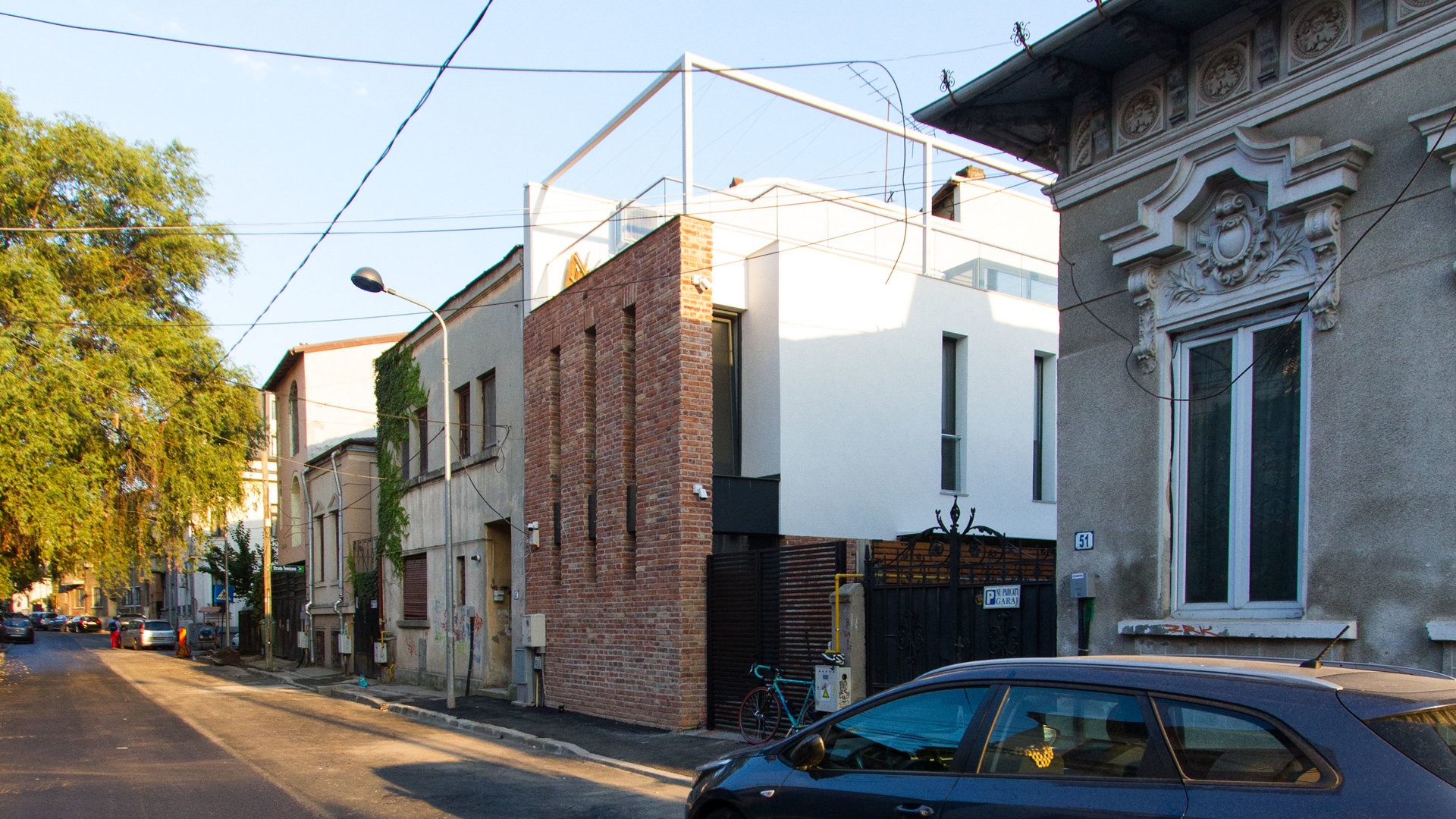 Transylvania Street has a distinct picturesque, beyond the beautiful or ugly houses that make up it. The fronts are especially aligned on the street and the height regime is discontinuous. At first glance, the plot seemed to be narrow, captive between the street and three massive side walls. I naturally searched towards a linear solution that amplified the depth of the field. The well-laid volume along the neighboring side wall assumes its presence and uses it as a backdrop for the terrace. On the ground floor the space is totally open to the whole length of the terrain and, through the transparency of the lateral wall, over its entire width. Thus, the yard becomes an integral part of the living room, both visual, transparent and functional through openings. The floor, armored, rhythmic, counterparts volumetric, positive and negative elements, trying to break monotony. The terrace, marked by diaphanous metal beams and transparent railing, is an extension of the courtyard vertically. The volume is structured in three overlapping registers: the terrace, the fine, the airy, the "hard" floor and the transparent ground floor; the street facade closes the composition. The apparent brick, on the street facade, lies inside the ground floor. Vertical connection is provided by the fine, ethereal scale that culminates with the terrace's light.

The strong gesture of having a brick façade manages to integrate the volume better in its surrounding urban tissue than a simple white volume would have done. This is what set this project apart, and the strongest point of a good project overall, in the view of the jury.