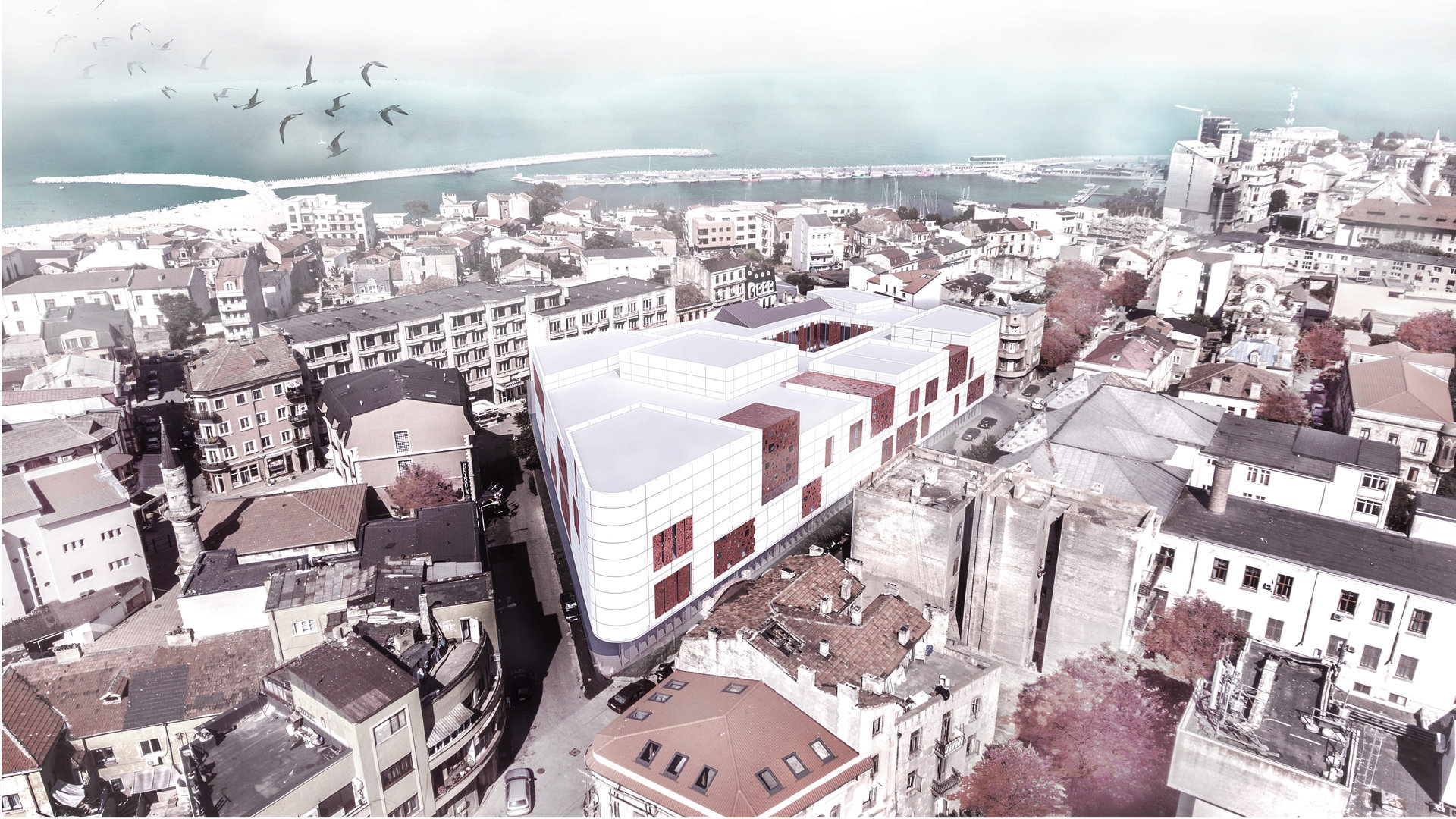 The concretization of my diploma theme resulted from a historical-cultural study of the peninsular area of Constanta, marked by a valuable historical and architectural heritage, but lacking a clear vision of development and regeneration in the future. The destruction of the peninsula, determined by the functional and structural changes of the city, marked the disappearance of artistic, cinematographic and open-air spaces and summer gardens, as cultural and social interaction tools, which offered a wide variety of artistic activities to the public. In this context, the proposal of a versatile space for performing arts supports the valorisation and activation of a free space with increased potential, ensuring the architectural-urban continuity, the site being of great importance for both the historical center and, on a larger scale, for the whole city. Taking advantage of the opening to the old city and the urban space and of its potential for recovery and regeneration, the project is designed by configuring the spaces and functions around a inner courtyard, permeable on the ground floor, conceived as an artistically graded space that allows open air performances and events. The inner spatial development of the center is defined by two contrasting elements: the corridor/ the hallway oriented towards the inner garden and the external loggias. The corridor around the inner courtyard develops the main functions and creates visual interactions between different parts of the center, whereas, the loggias, in contrast, are created as a connection with the urban space or a prolongation of it, groups spaces together and offer permanent interaction between the users, constituting a common, convivial space and a way of connection with the natural and urban environment.