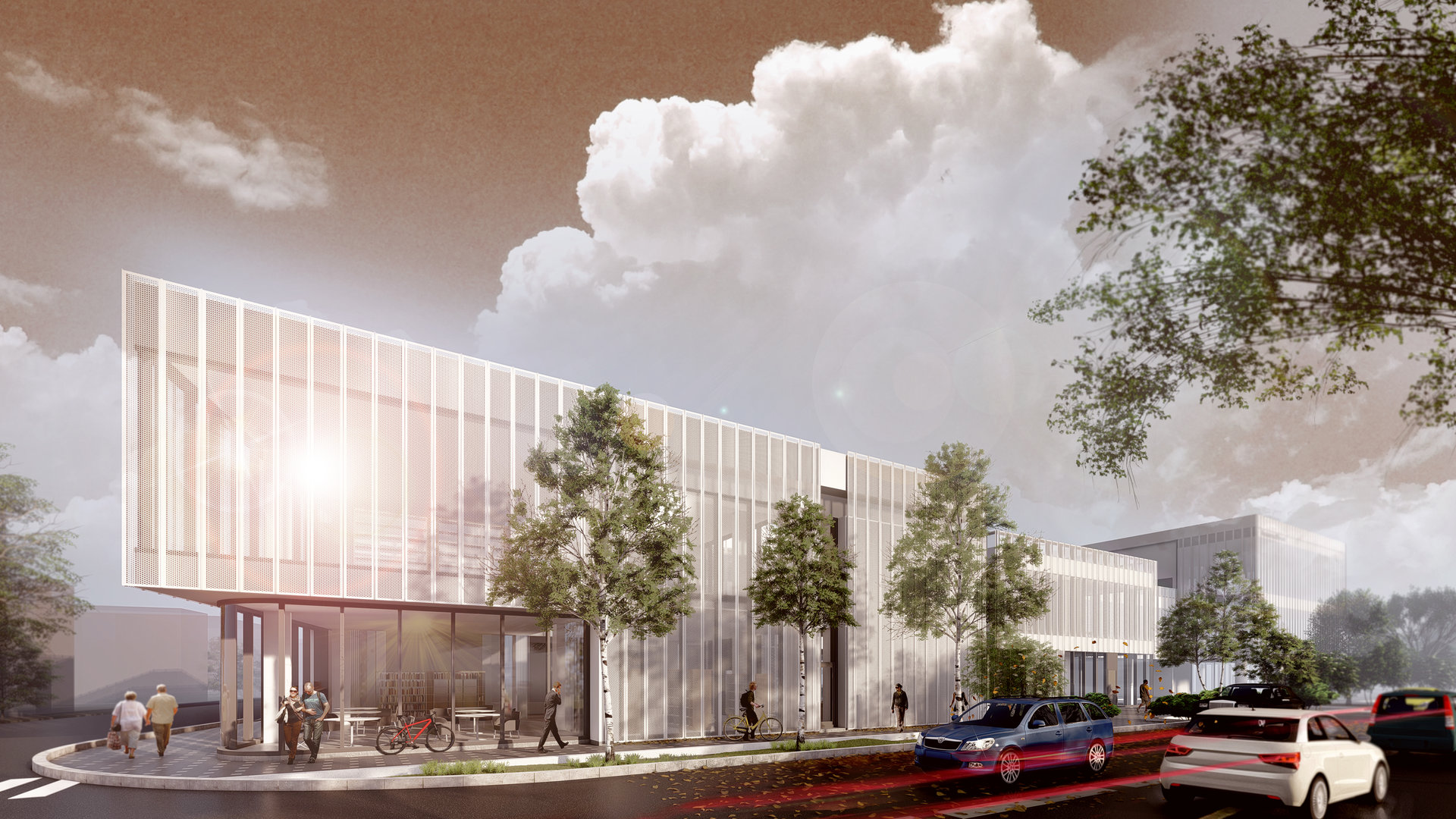 Why? As a result of multiple types of analysis, the project theme starts from the assumption that independent movie theaters can no longer function according to the current model. As evidence, the 13 active cinemas are witnessed, out of a total of 874 cinemas before 1989, the rest being rented, decommissioned or otherwise. The main argument is built on the need to increase the degree of complexity of the architectural program, adapted to the scale of the site. Thus, together, the architectural object proposed for expansion and the neighborhood, to work as a whole, in order to raise the area, culturally and architecturally and to bring prosperity. The lack of cultural spaces, but also their decommissioning and relocation, will attract the decline of the local cultural level so that the Rosiorean social life will suffer. Therefore, the project aims at revitalizing the architectural framework in the central area of the locality, extending the center and proposing a future growth scenario and a strategy for the development of the central area so that the economic, cultural and social life of the Rosiorean will be improved. The context –Where? The project site is located in the center of Rosiorii de Vede, on Carpati Street, between Modern cinema and the Carpathian Cinema. The project wants to be a pilot whose principles can be used on a national scale, hence the statement "Local solution to a national problem". Due to its position, the site is an important economic pole with high functionality and attractiveness, being a matter of local interest and a favorable investment environment with rapid depreciation and feasible prospects of producing a significant profit. The vision of the project has taken into account the increase in the quality of life through the development of the central area. The improvement of the local cultural level, the raising of the social level, as well as the increase of the economic level were the aspects that were followed throughout the project. The mission through which they will be put into practice takes into account the development of the zonal architectural level and implicitly the increase in the value of the land. Also, creating a unifying architectural element in the urban fabric, but also increasing the public space. The program that serves the mission is a multifunctional cultural center with exhibition spaces in the foyer, multiple halls, library and bar. Also, underground parking will decongest the central park of cars parked on the public space. The concept. The proposal tried to contribute to the revitalization of the area, the continuation of a pedestrian park, the development of the cultural atmosphere of the city. She also wants to offer both the residents of the area and the city, an ample green space, relaxing for the hot summer days. Detailing the program - How? He proposes a program (hybrid) to increase the number of cinematographic functions along with the rethinking of neighboring tissue as well as its extension with two other up-body bodies. This will be possible by setting out a future development strategy in a public-private partnership. At the urban level, the proposal aims to expand the central area, to create an open square for the community and to the tenants of adjacent homes. It also aims to create new public functions, open on the ground floor, which together with the big showroom and the cinema become an element of regional attraction. Among these are the library, the bar and the urban foyer, with ample spaces to pass to the public outdoor area away from the street. So creating a city-level landmark complex with local interest functions and making parking space more efficient will bring a significant boost to the city. Sustainable principles such as the use and storage of solar energy as well as green terraces have been used in the project. Also setting up green spaces and building a square will improve the city's social life.