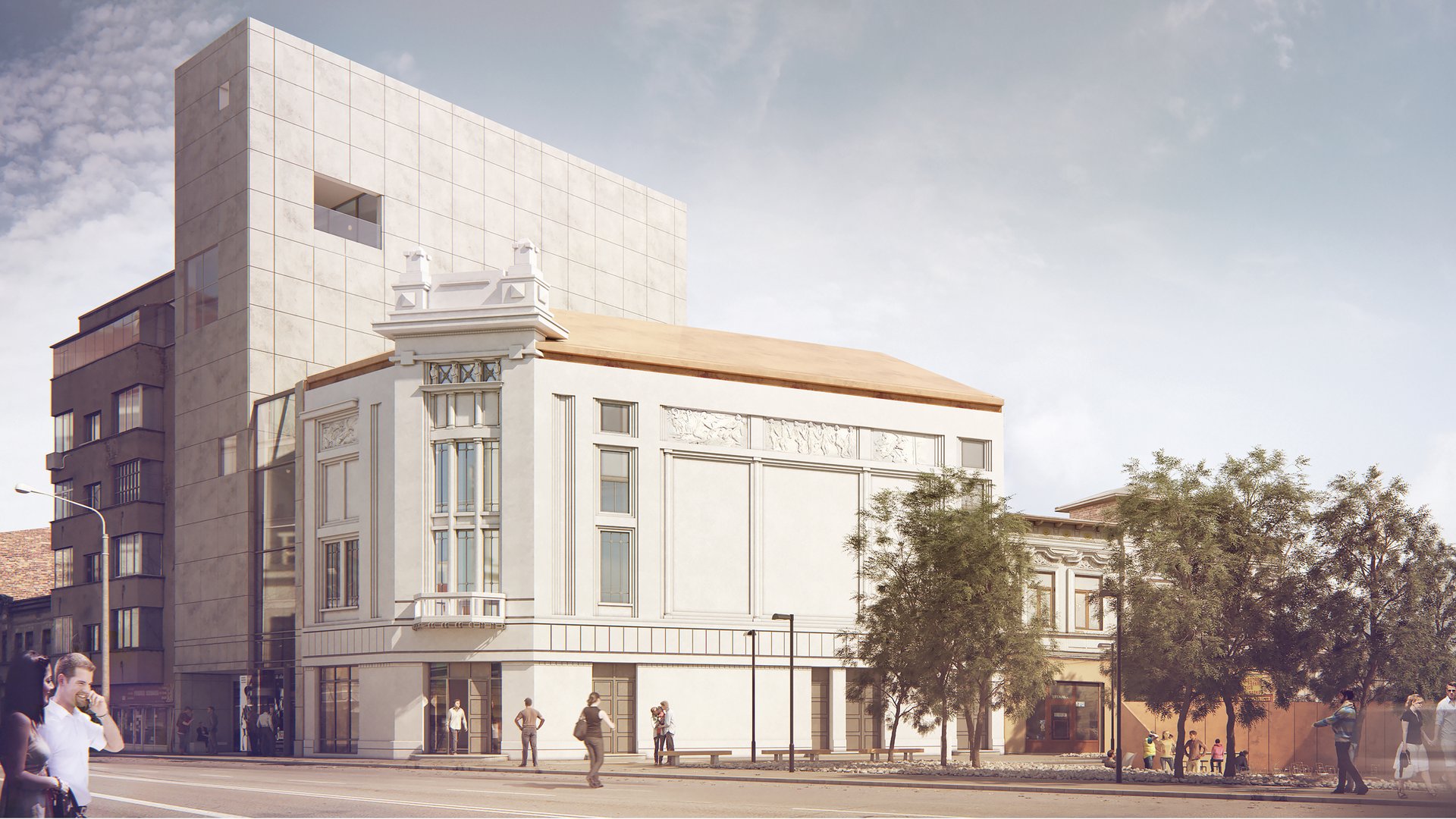 The architectural spatialisation is based on three types of relationship between users and what is built. Firstly, movement in the cinema appears when several static instances succeed at a rate of 24 frames per second. This succession of static instances is called duration. Any motion picture is a faithful representation of reality, but movement, by means of montage, turns into thinking. The technique of combining in a single composition pictorial elements from various sources, involves juxtaposition or partial superimposition of several overlapping static instances. This is experimenting with cinematic dynamics. The same as editing, the cinematic space is essentially a juxtaposition of separate sequences. The result will be a combination of disparate elements merging together, similar to the concept of Bricolage proposed by Glen A. Mazis. The concept integrates objects into one modified, innovative composition, retaining in its structure the elements of the objects used. This is experimenting with cinematographic space. The movement transposed into architecture is accomplished by means of exploring and understanding contrasting spatial hypostases. The second part, synthesizes the idea of psychological contemplation. The visitor relates to symbolic elements, images and visual codes from the cinema world. An example may be the idea / image of the ladder, producing suspense, fear of the unknown etc. The ladder in the multisensory cinematic museum space becomes a reference element reflected in the pulsation of cinematic temporality. The multisensory cinematic museum space follows the user-user relationship. Referring to the concept of cultural agora, Daniela Rădulescu discusses the conception of spaces based on the notion of dialogue where "The permanent inclination for conversation (...) and the exchange of ideas must be the main purpose of thinking of the museums interiors. The film and the museum can represent two axiologic means of conveying information and educating the public, but the relationship between culture and society focuses on an interface space, which acts as a catalyst and attraction point. The cultural agora is the first contact with the museum space, the cultural centre and its extension, the public space. The growing concept of socializing at cafes or lounges among urban youth is expected to extend in active discussions following the films or visits to the museum. The cinematic sensorial space enhance the visitor experience, that doesn't start and end with a physical visit to the museum, by means of debates, comments and discussions.