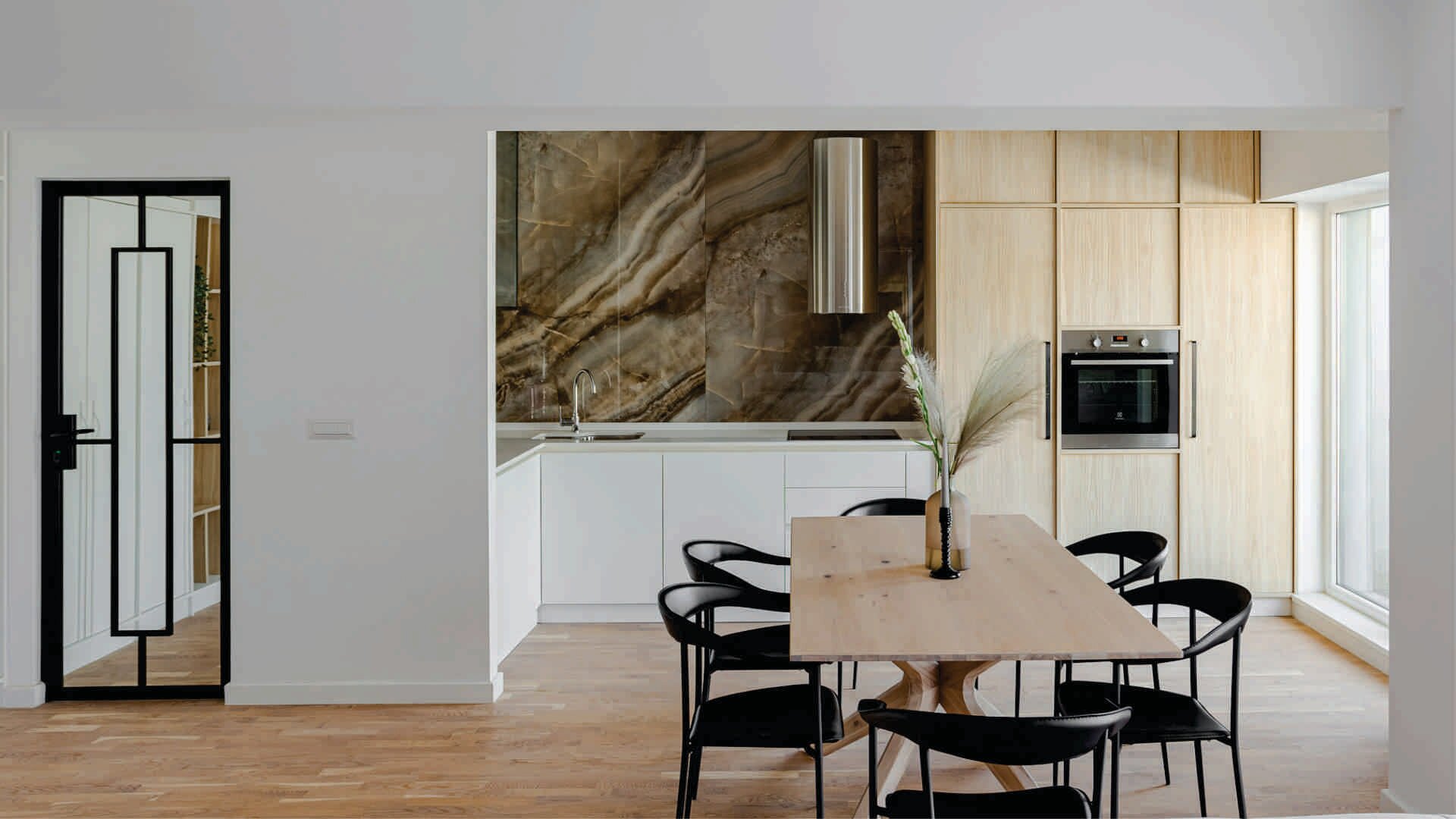 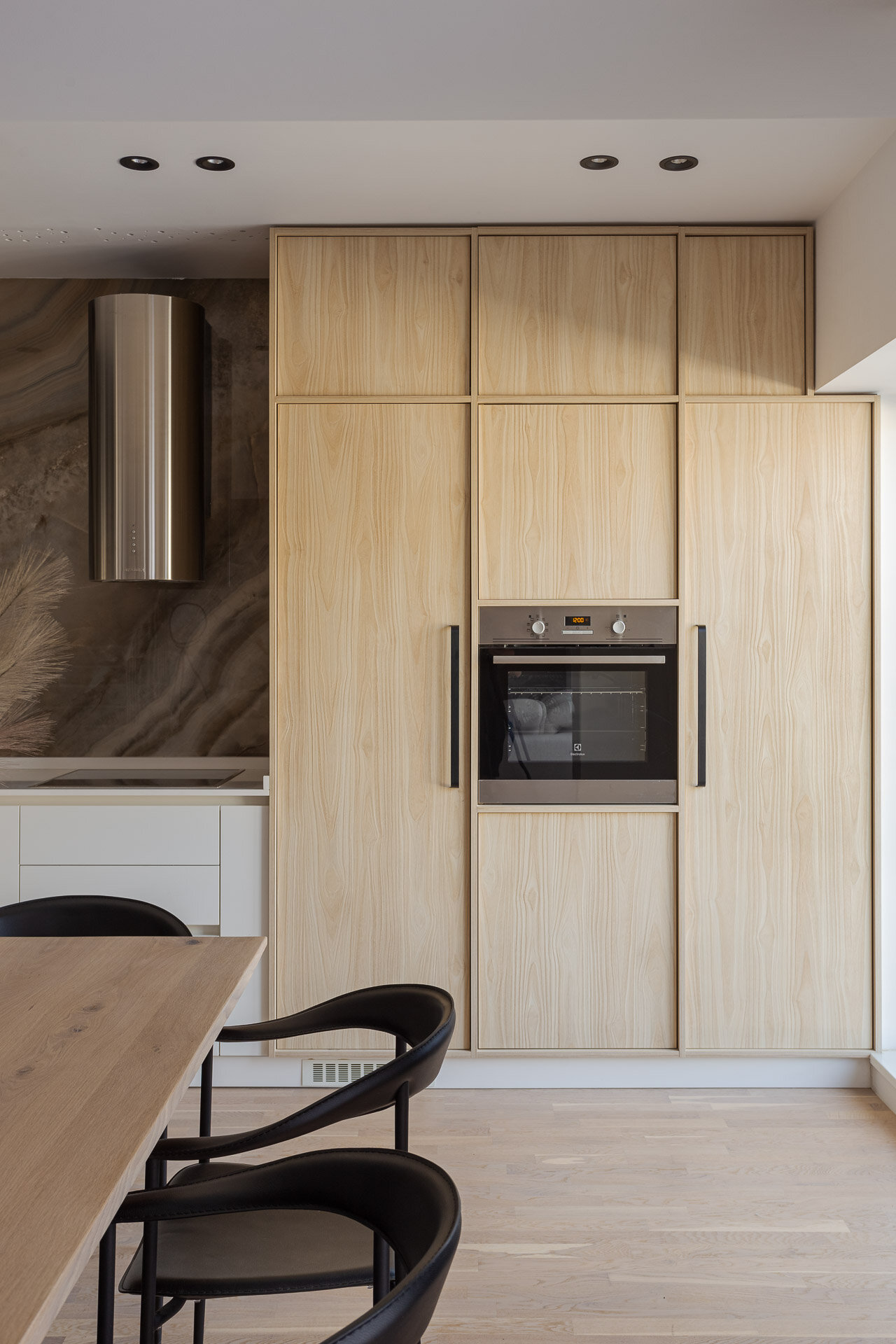 White Fairy is a duplex apartment, developed on the hihgest two floors of a building in the northern part of Bucharest.
The warm and light shades of the arrangement supported the intention of validity in time of the final result, this being both a current one, special, due to the details, but also one that will be able to live with aesthetic dementia in time.
Both in terms of finishes and furniture, some special details can be noticed, and among them we can mention:
-mixing between the faience and the wallpaper in the bathroom, both belonging to the same color range and, moreover, emphasizing each other's aesthetic qualities. The wallpaper with the appearance of dried leaves emphasizes through its botanical presence the textural belonging of the faience to nature.
- the furniture housings frame its fronts so that the idea of ​​transparency on the structure and compositional integrity is kept.
The lighting fixtures are dominated by the technical, architectural ones with a presence that must be discovered in the context of the arrangement, serving functionally to highlight the accent elements.
The peculiarity of the project is given by its compositional veracity and by the fact that at the level of each frame captured in the images, it wants to express the composition of the elements, the structural system and the explicit function. It is a contrast of discretion and extroverted attitude. It is a project that communicates and transmits beyond the tangible. 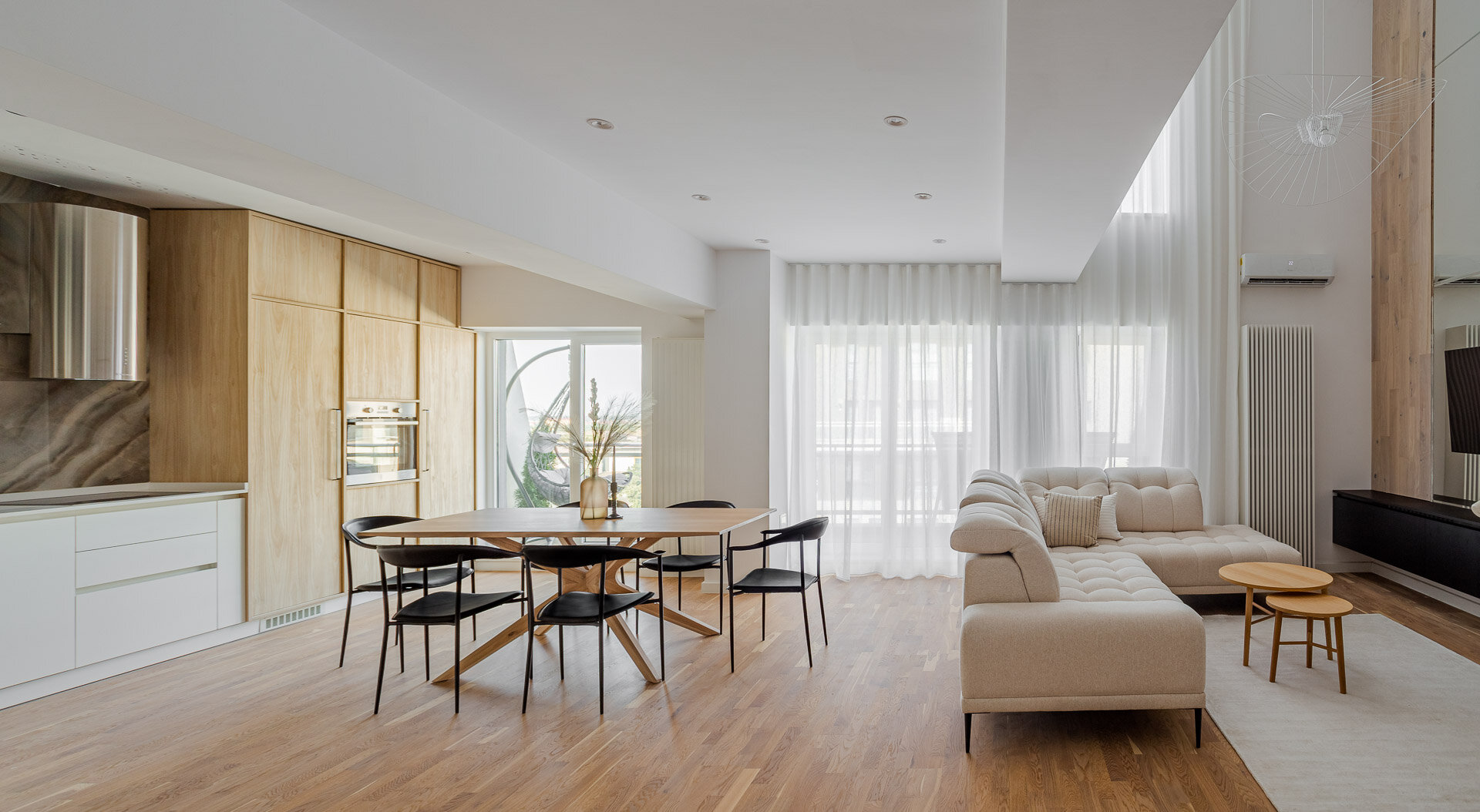 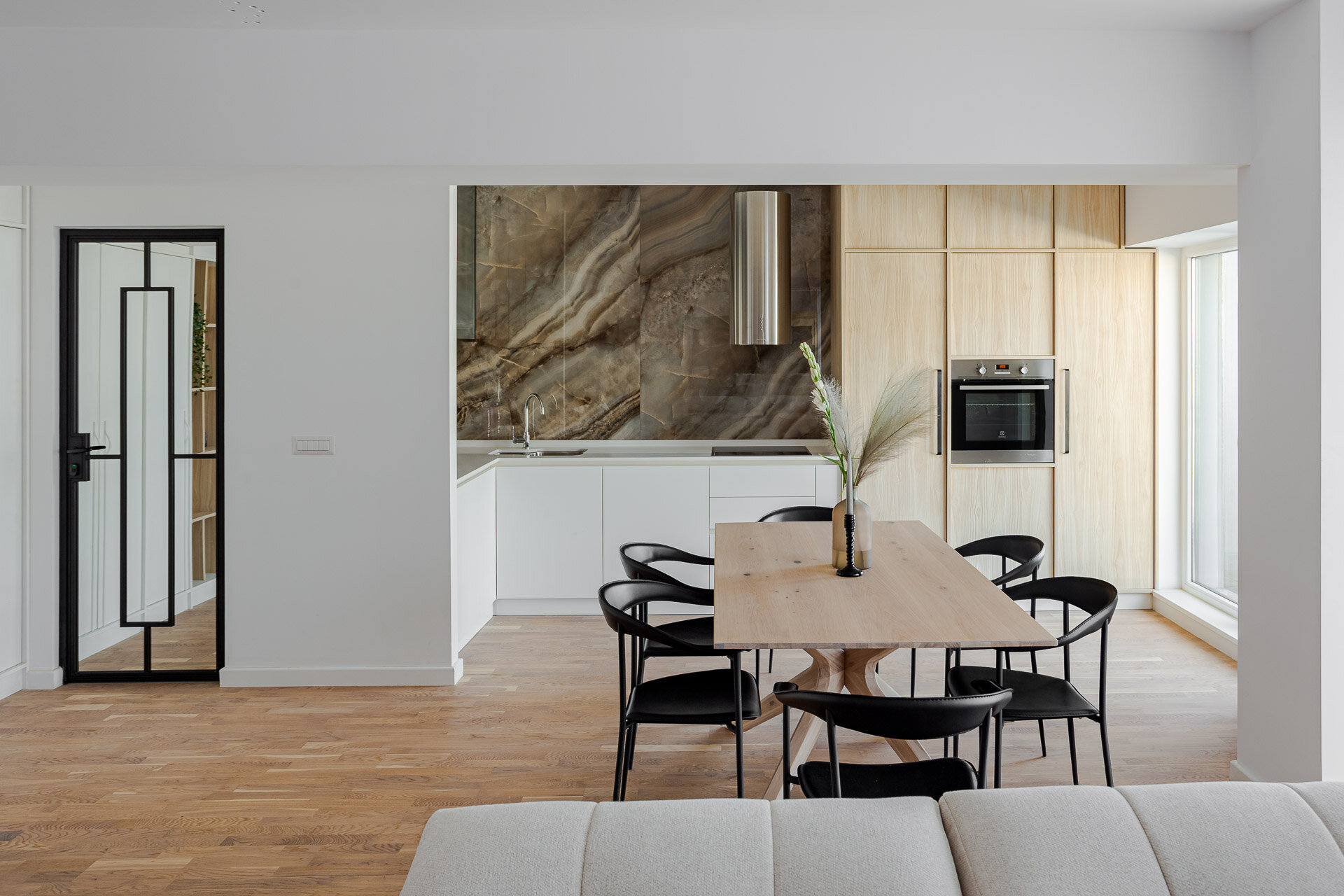 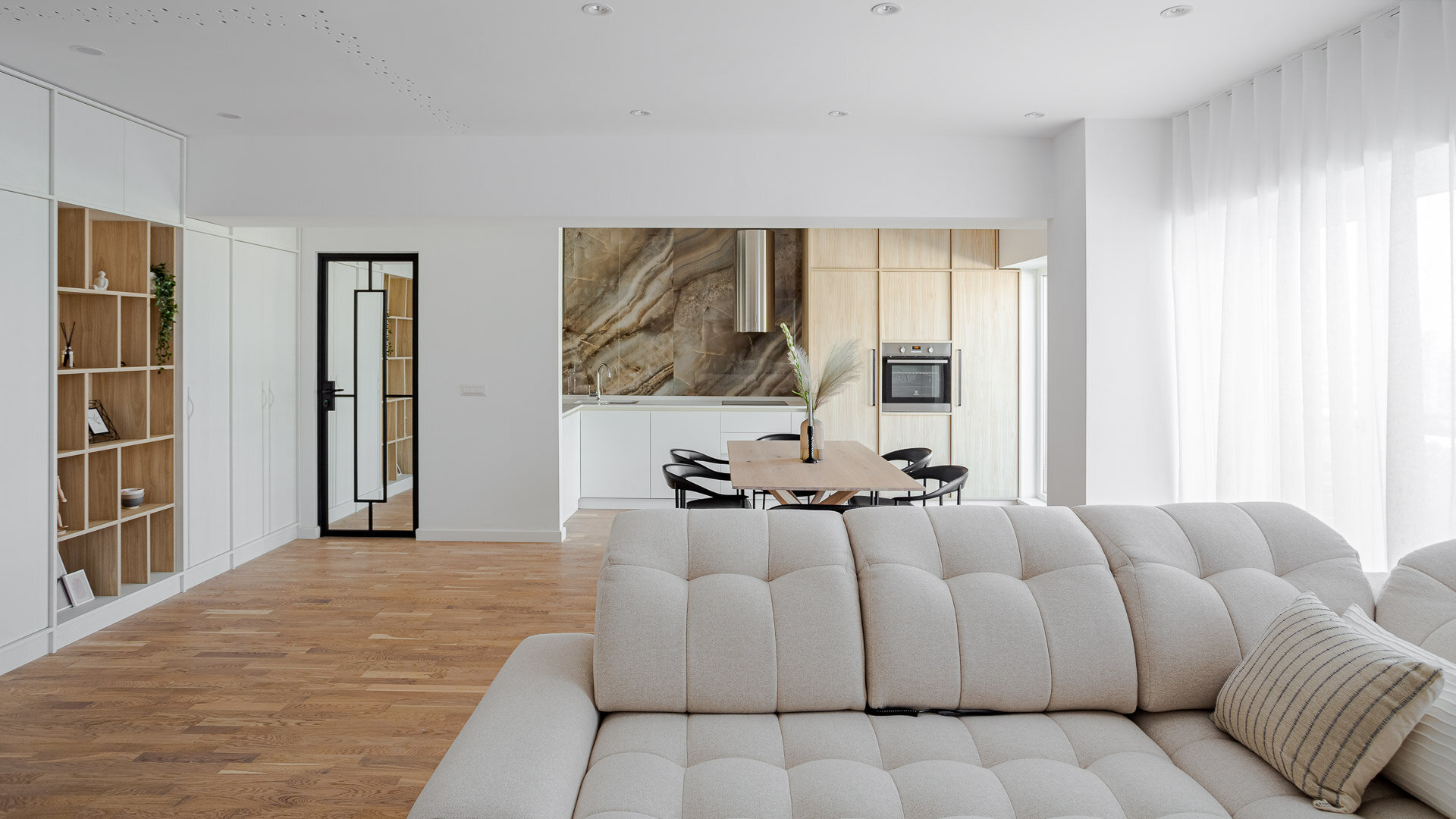 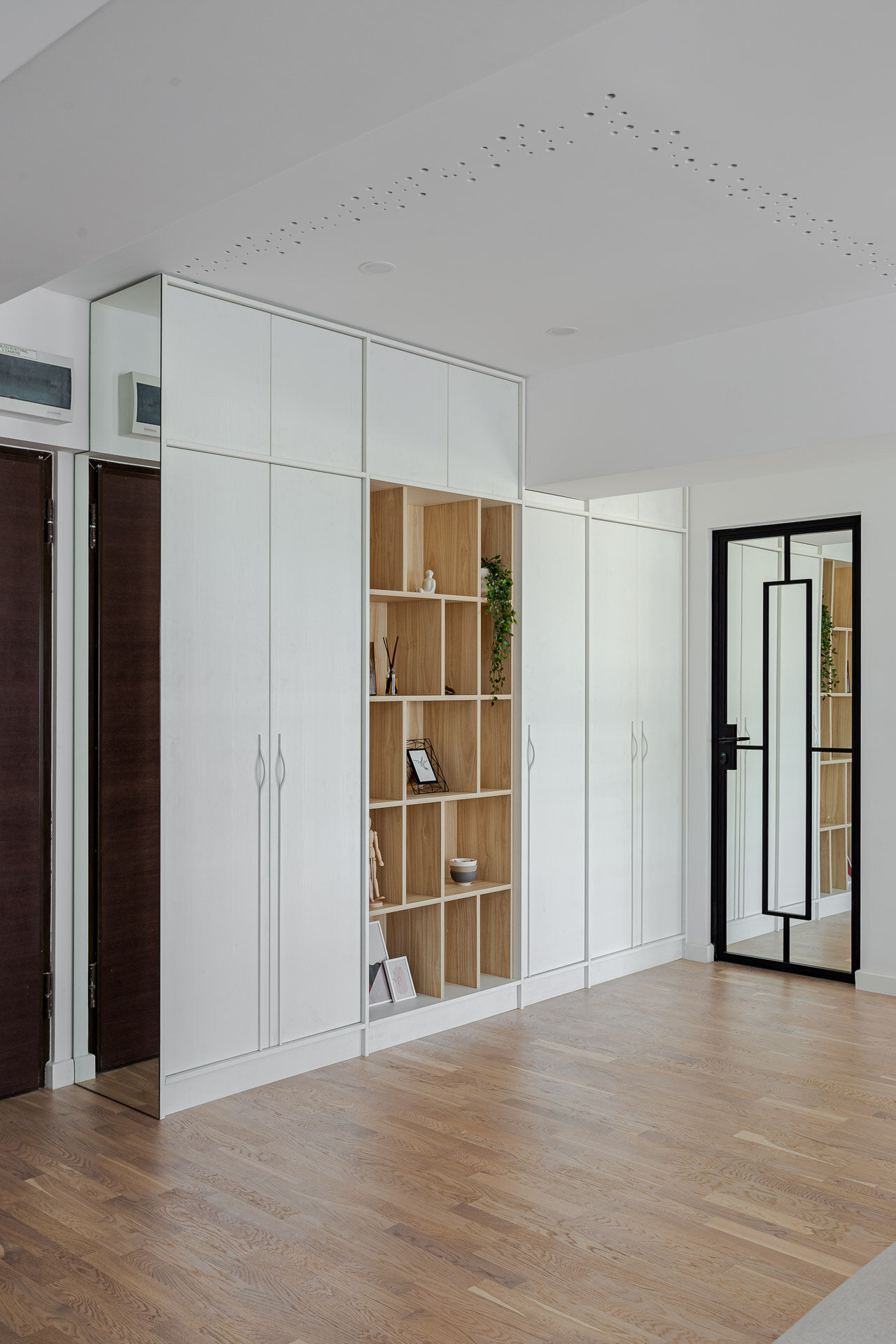 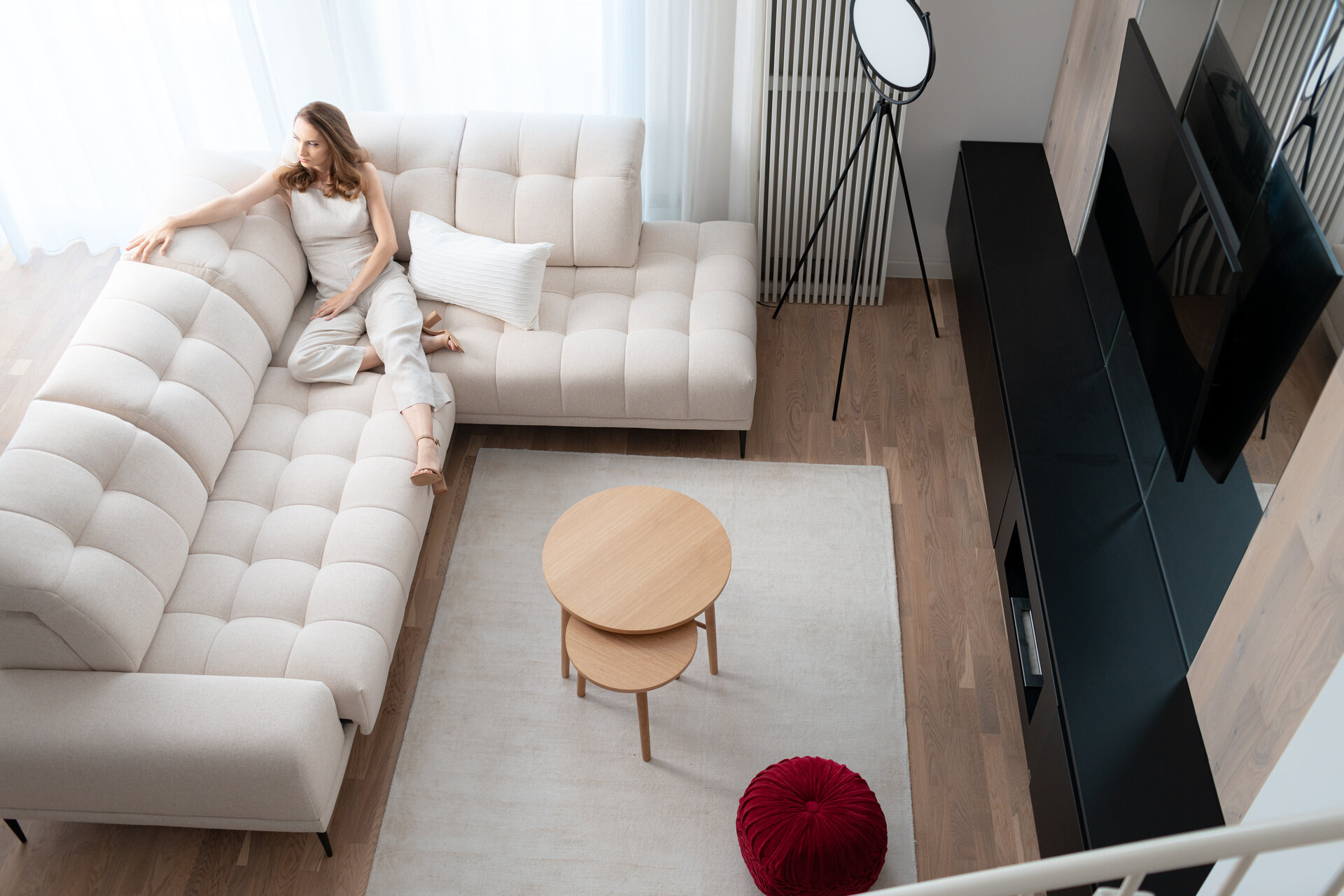 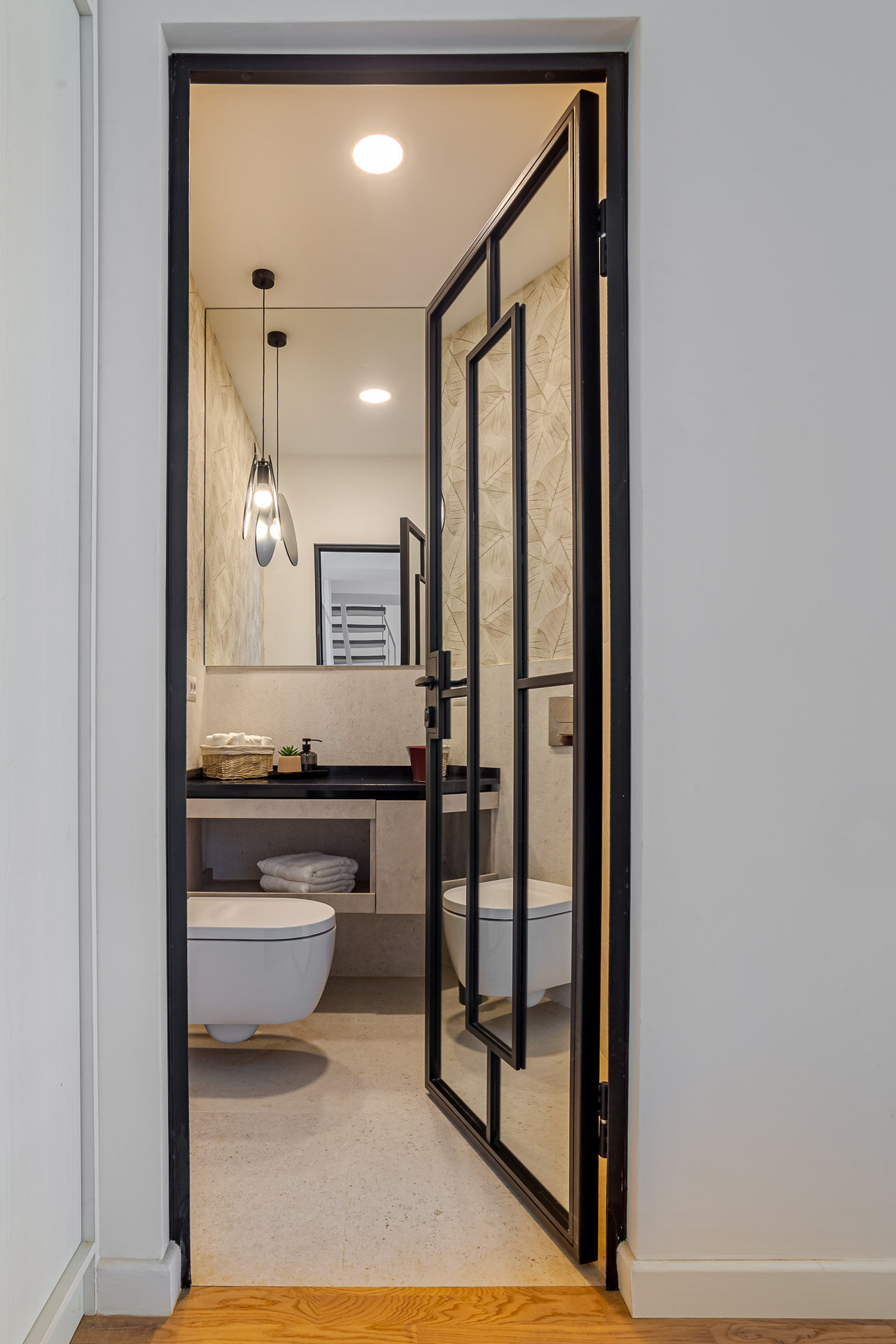 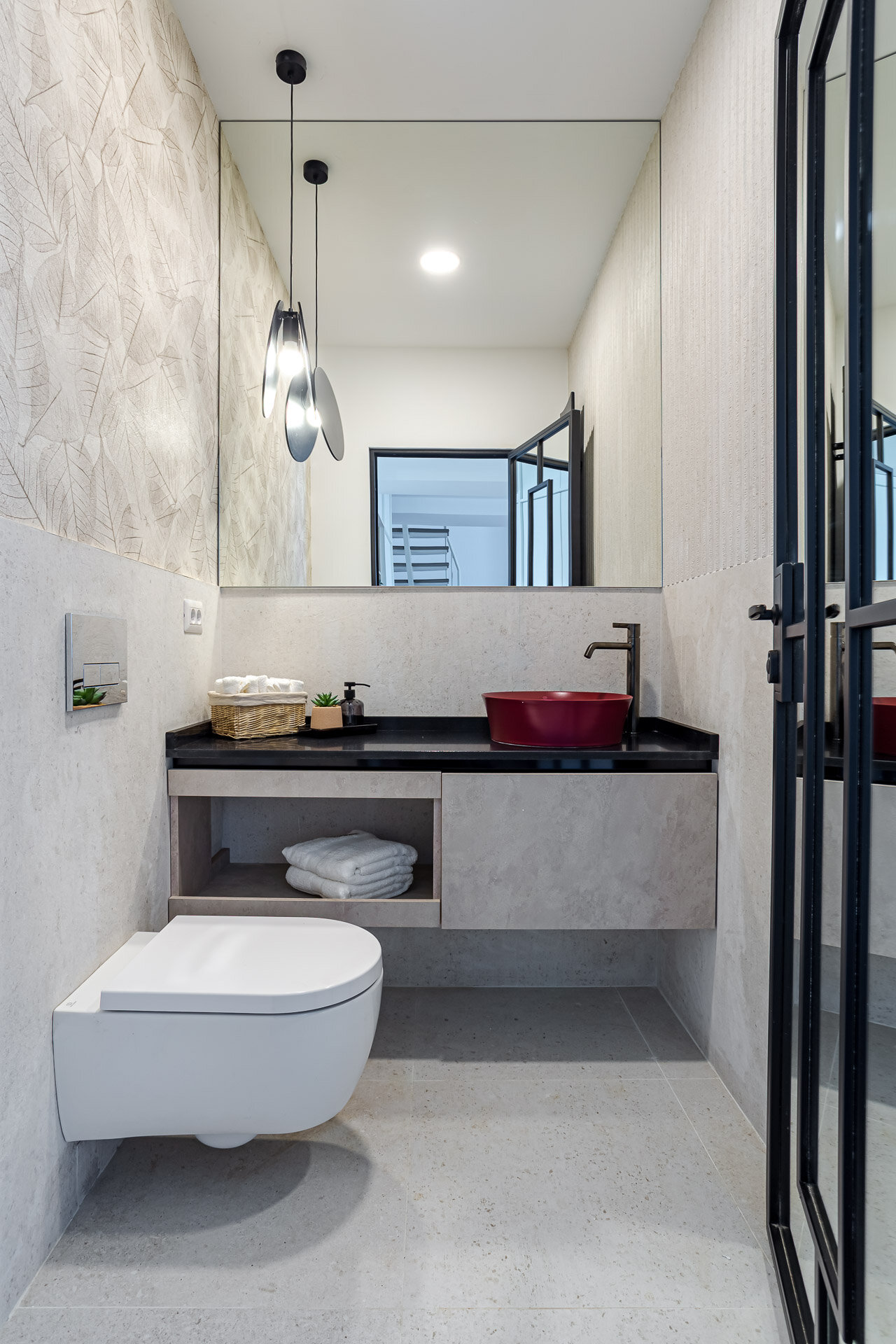 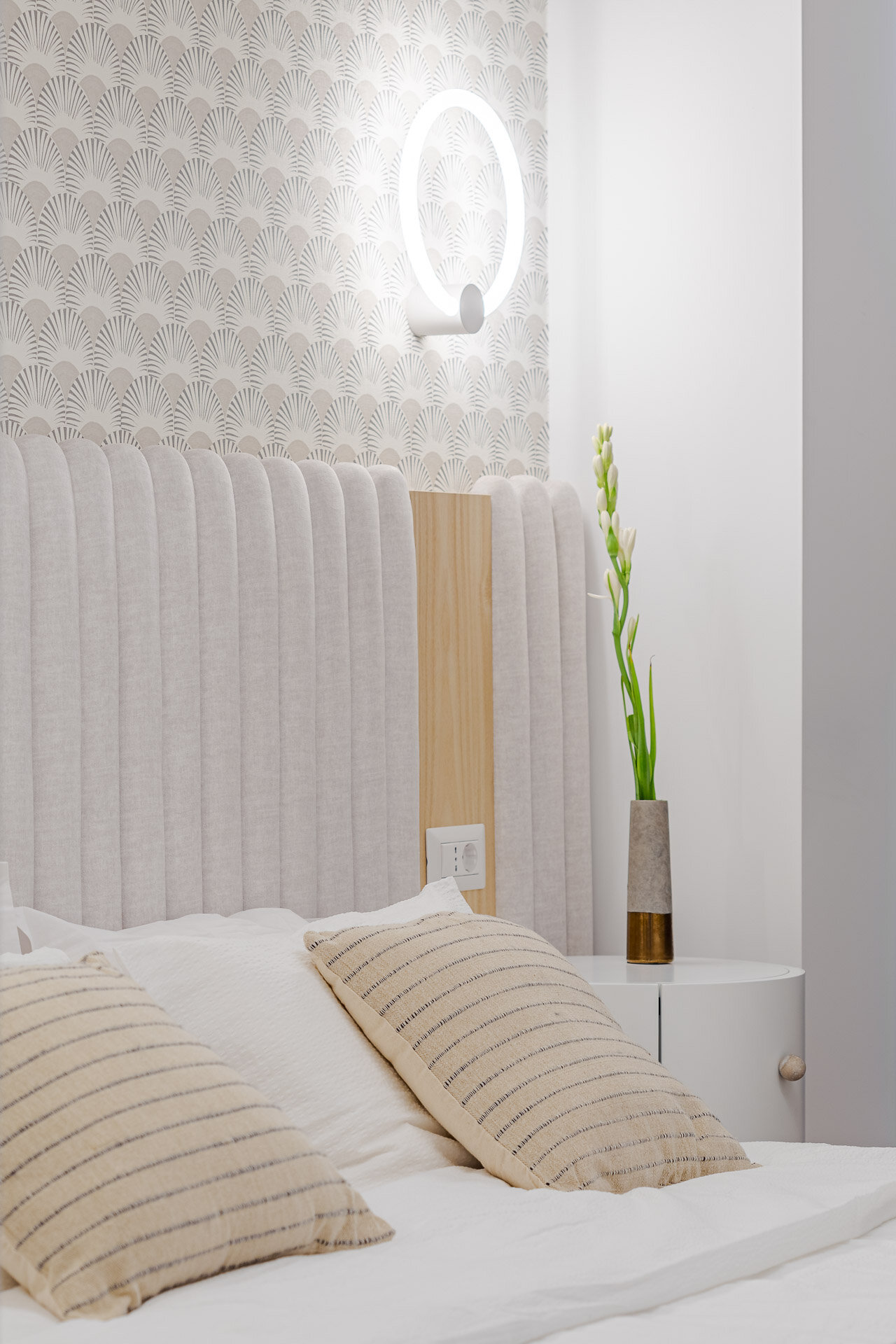 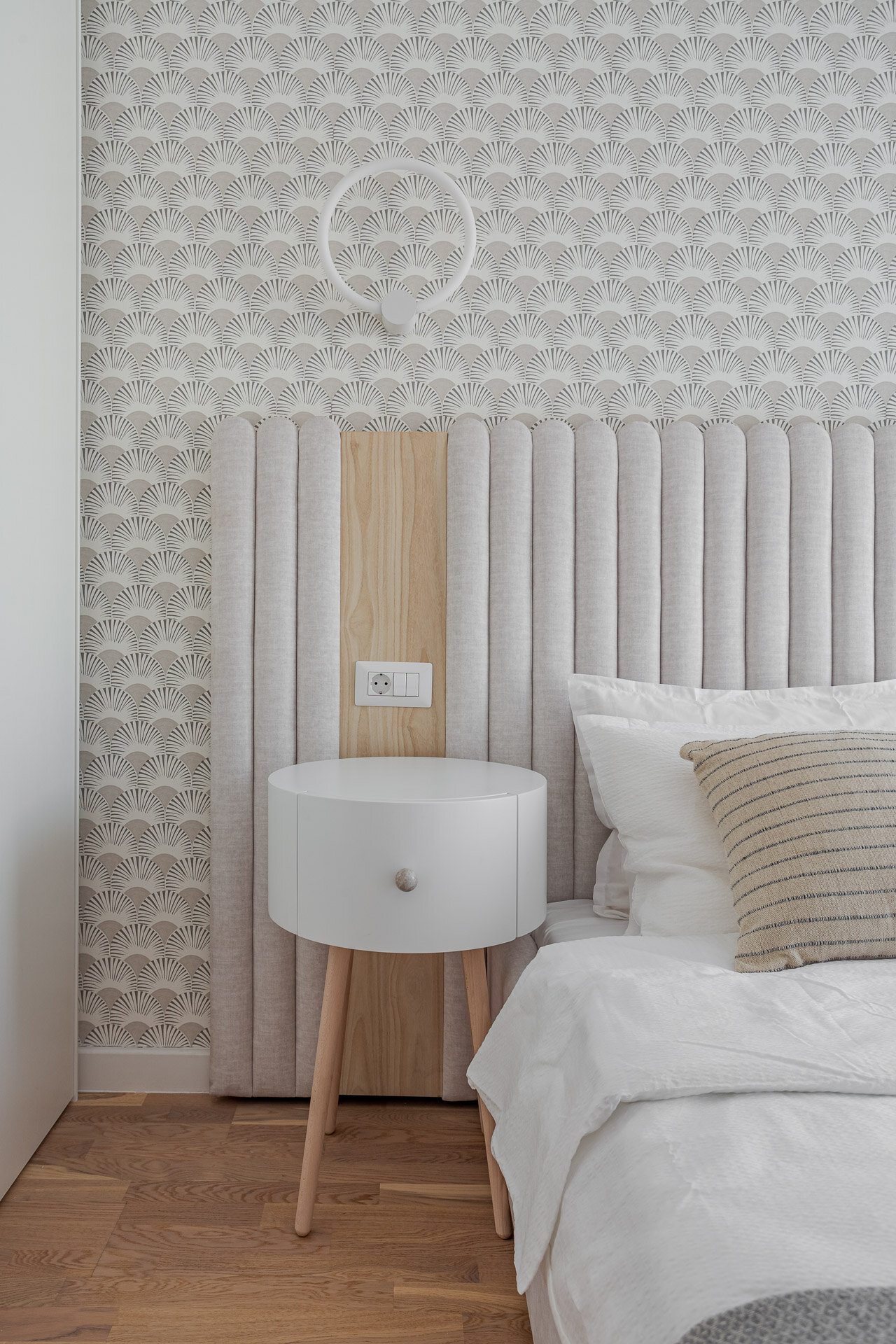