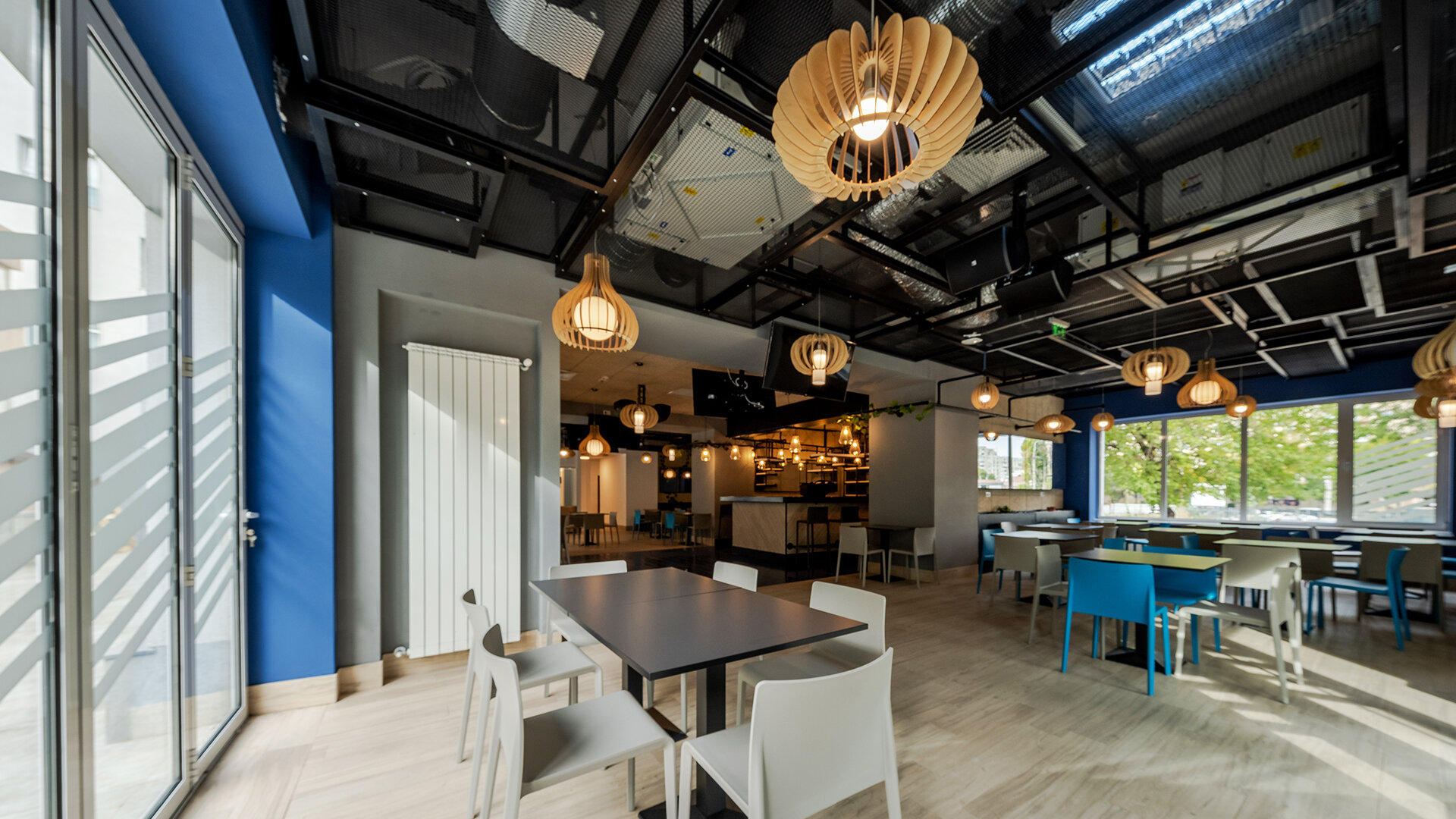 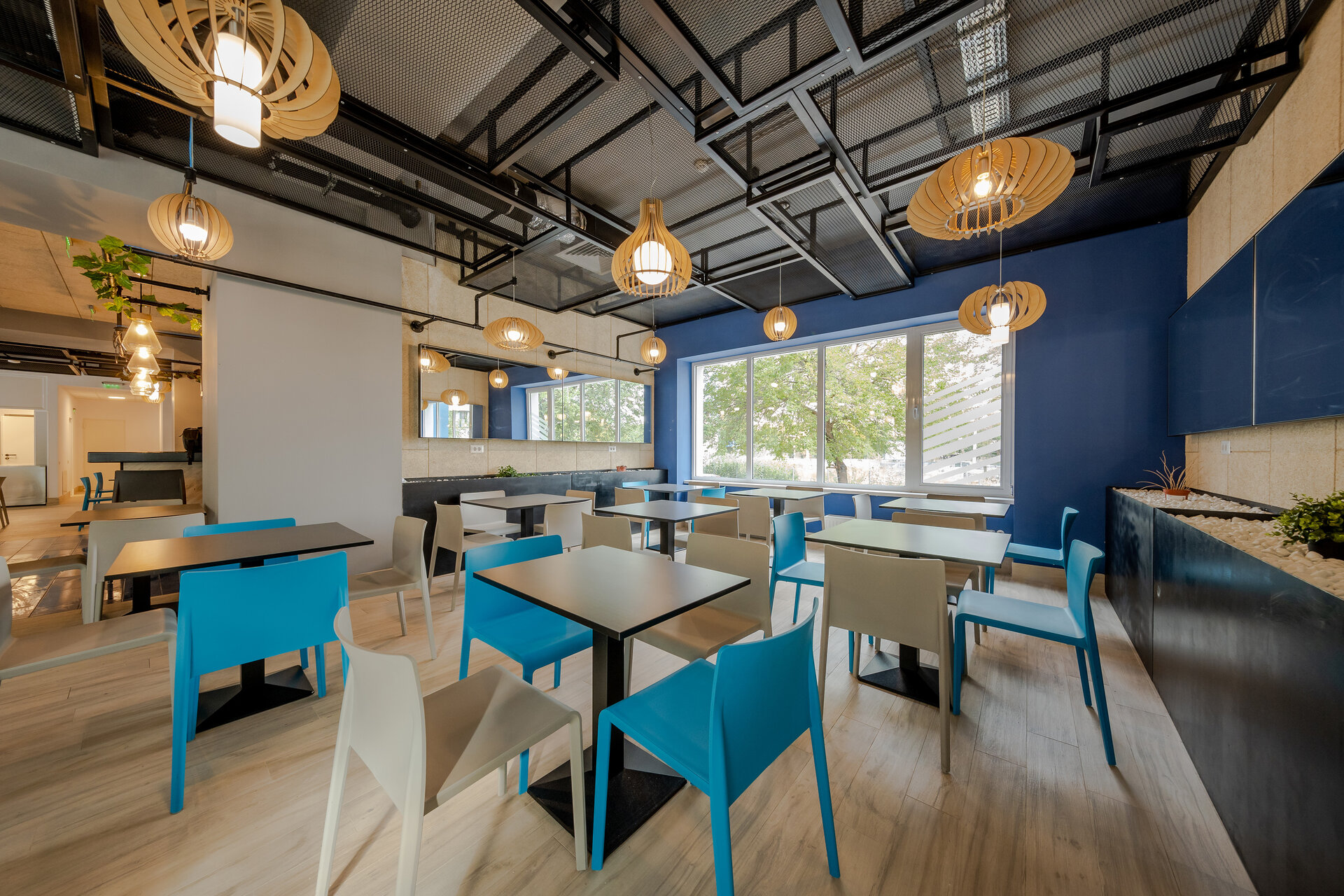 The headquarters of the "Titu Maiorescu" University of Calea Văcărești, sector 4, Bucharest is an ensemble of buildings where one of the most famous, popular and dynamic private prestigious universities in Romania operates.
Titu Maiorescu canteen is a space on the ground floor of a new building intended for a dormitory and was designed to be more than a home, namely a social space, a core that not only serves the daily needs of university students but mainly brings people together .
Designed to encourage the young generation’s expression, its artistic manifestations and the communication between students, the canteen space is equipped with: a stage, a bar area, integrated sound system, scenic lighting and a preparation area and all related services.
Generously sized, it is located on the ground floor of a student dormitory on the same-named campus, designed also by us.
The total surface area of 400 sqm, is divided into four bays, one of which is intended for preparation activities, the other for bathrooms and offices, while the rest of the space is furnished as flexibly as possible to be suitable for various student activities while still maintaining a focus point: the bar and the opposite scene, respectively.
The identity of Titu Maiorescu University is found chromatically in the choices made at the level of finishes, as well as furniture.
Created in industrial style with Scandinavian accents, the interior space design borrowed from both sources of inspiration the practical, orderly part, the honest character specific to them.
The lighting is differentiated according to the activities’zoning: stage, technical spaces, serving space and bar area. The idea of introducing vegetation on the inside as well as preserving large white surfaces was borrowed from the Scandinavian style specificity.
Titu Maiorescu University Canteen project intends to be a living nucleus that pulsates, generating connections on the entire campuslevel of the entire campus. 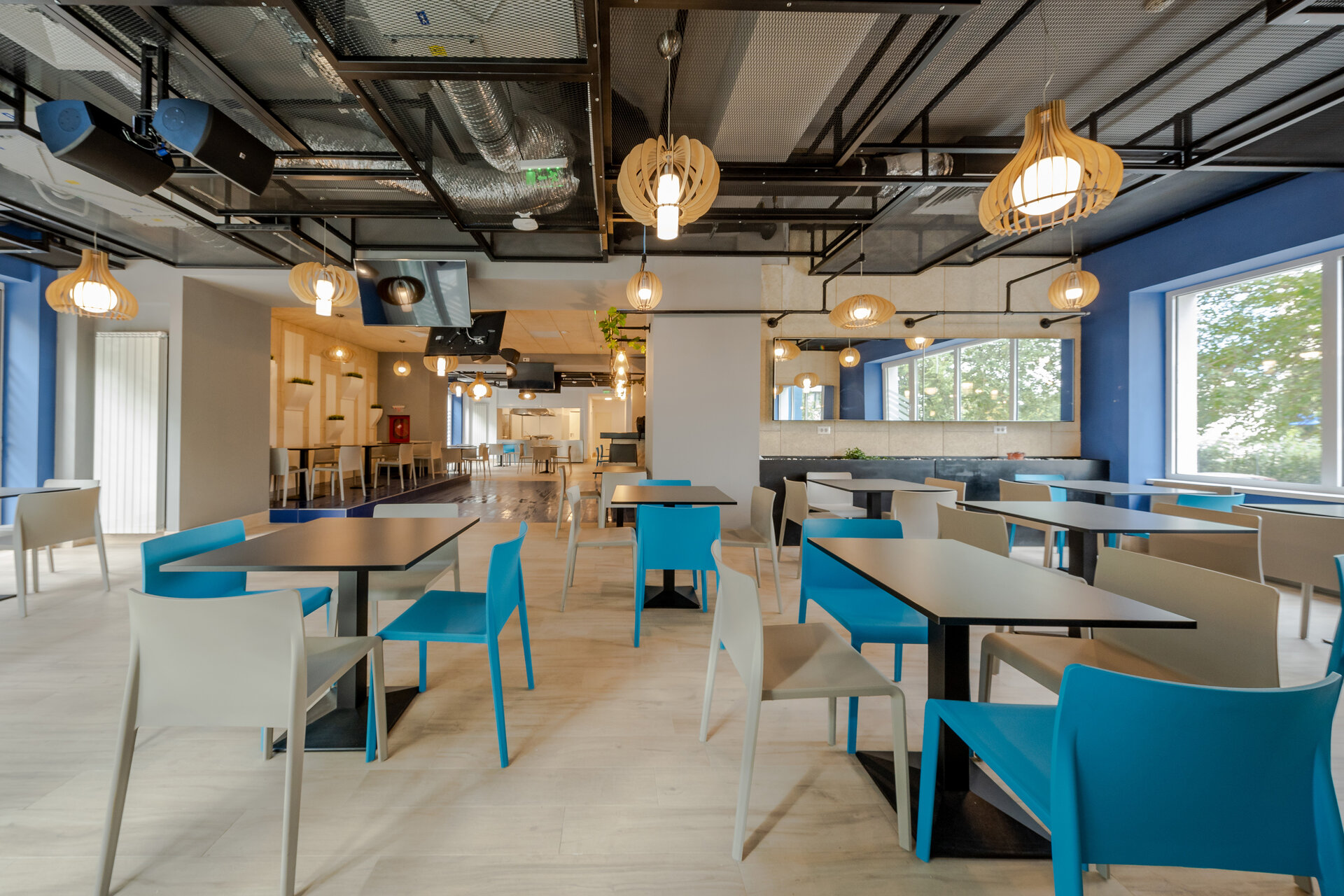 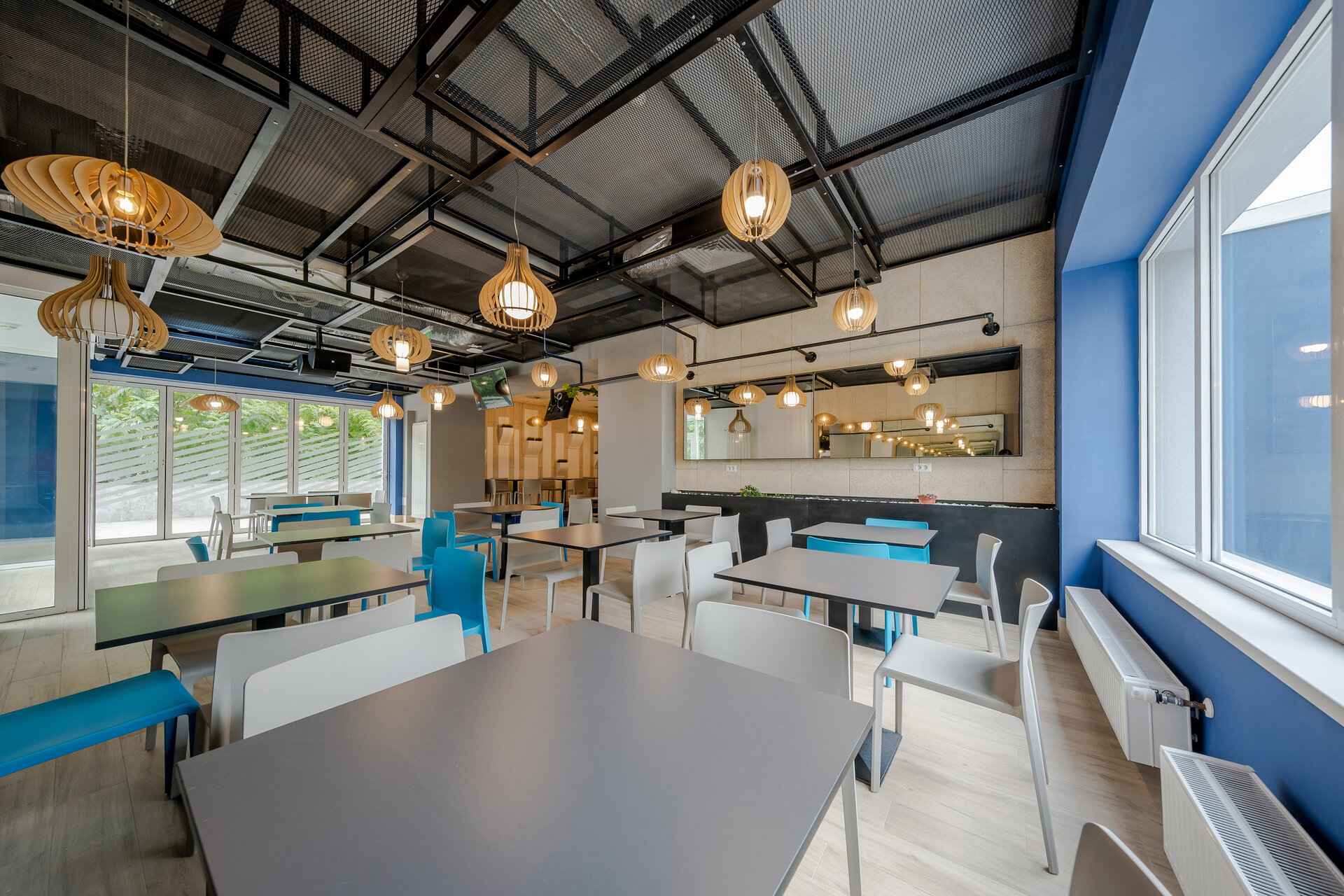 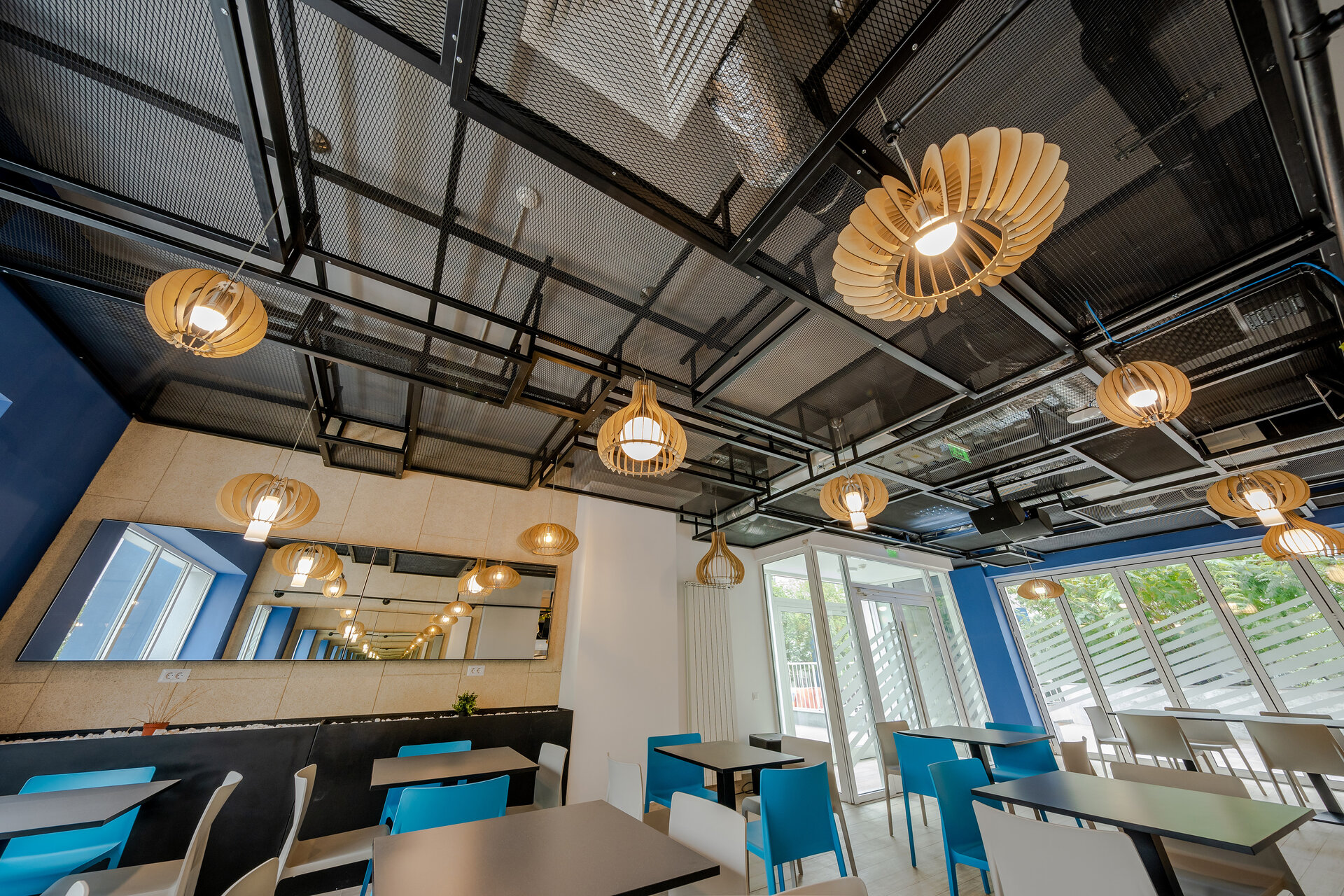 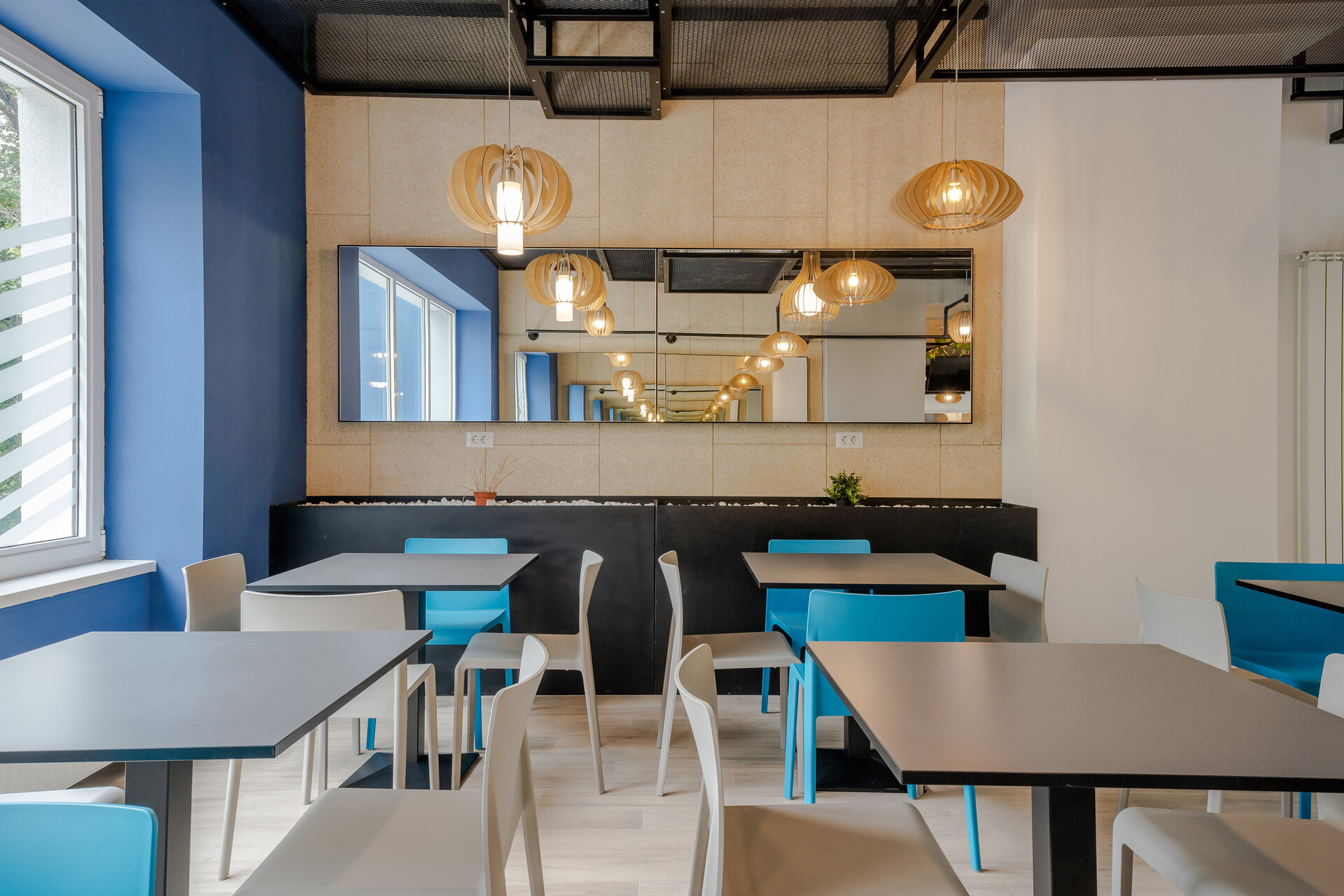 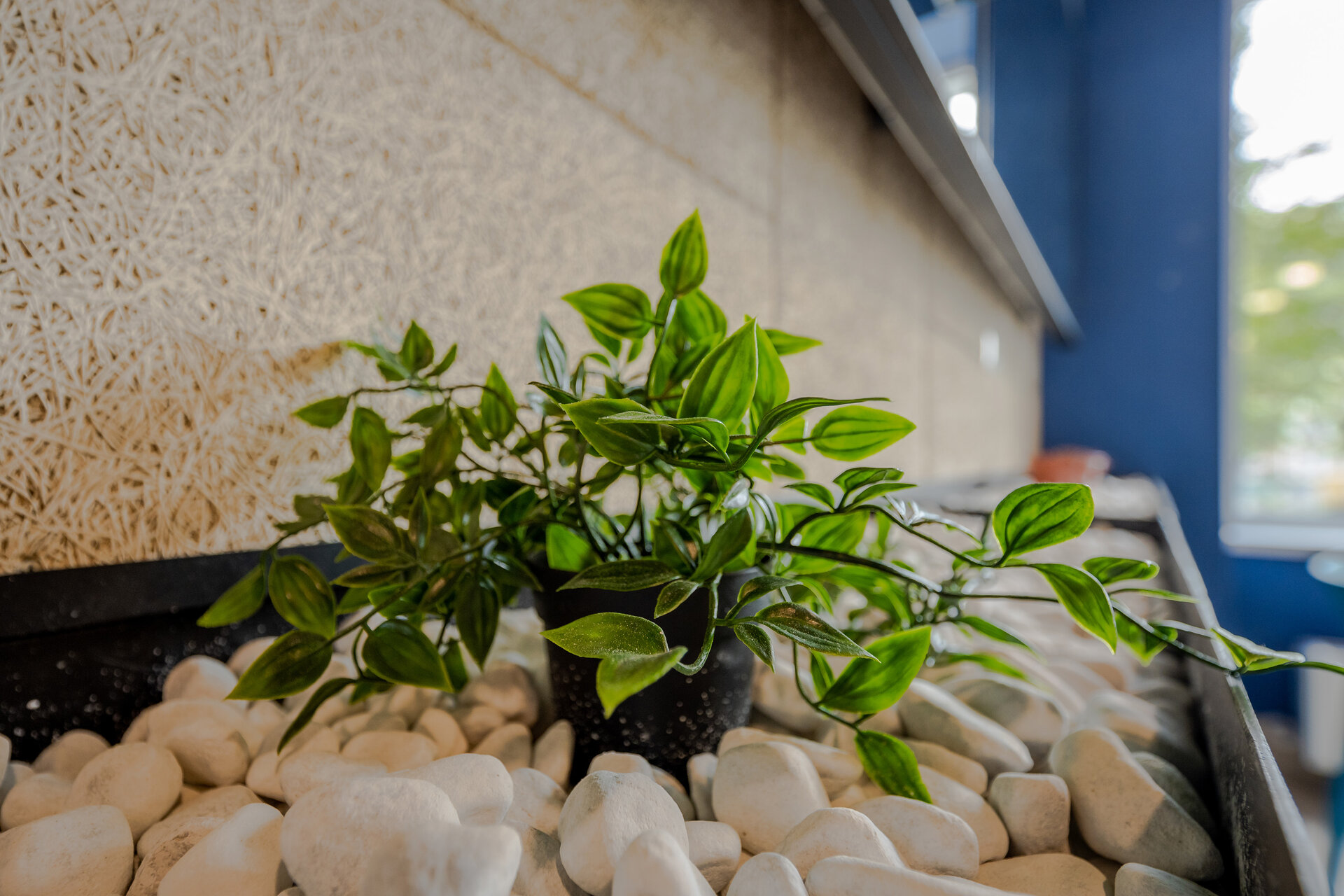 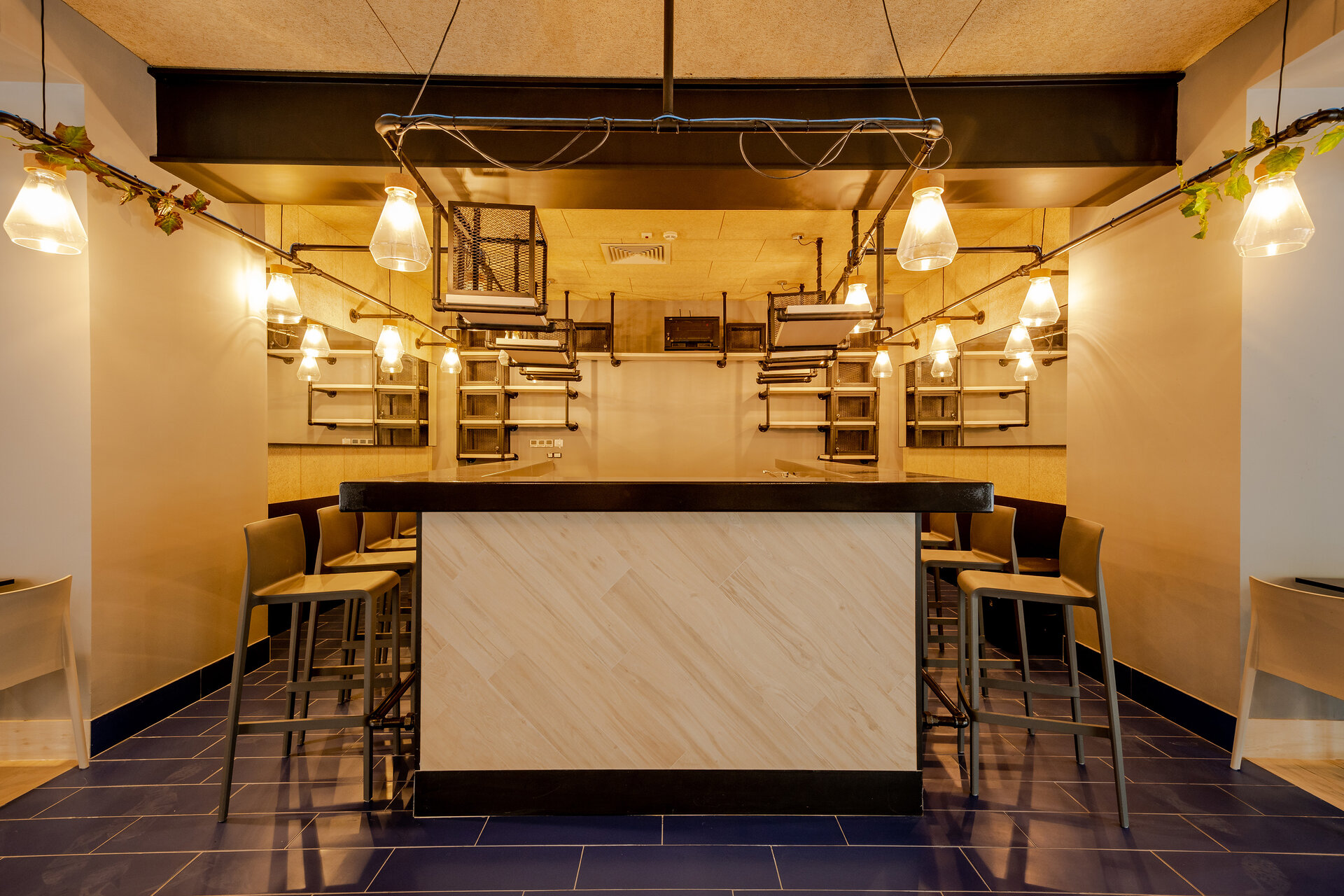 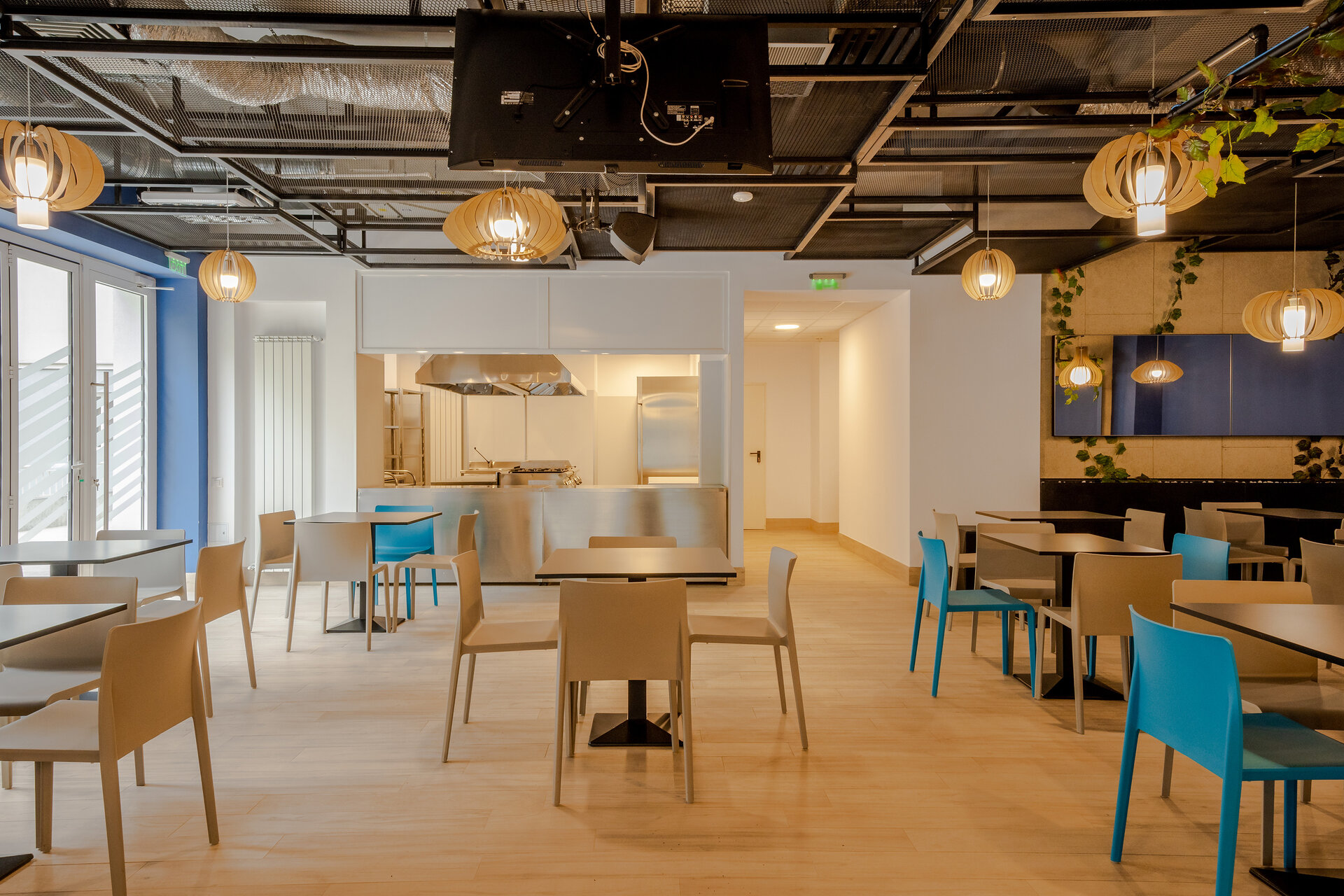 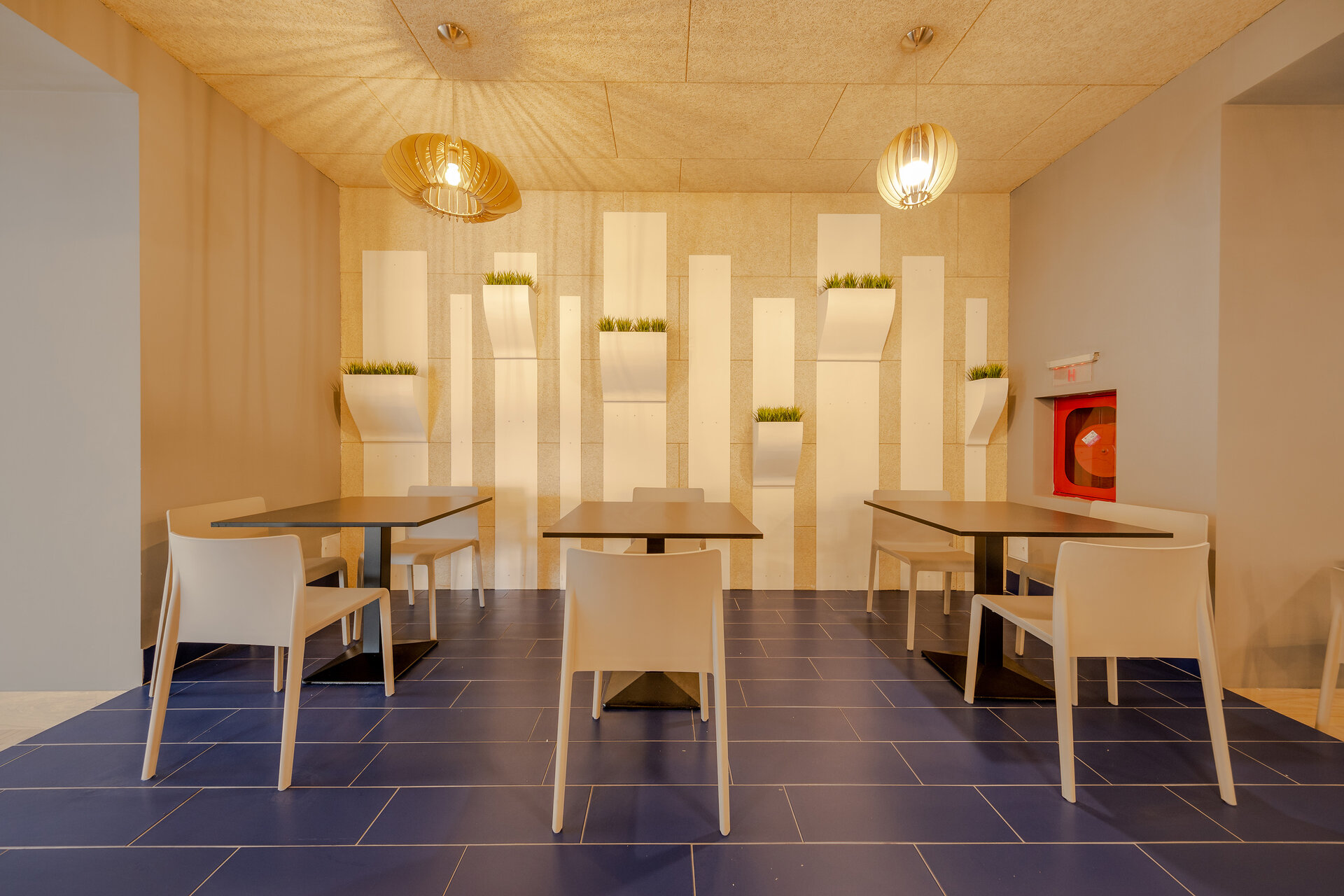 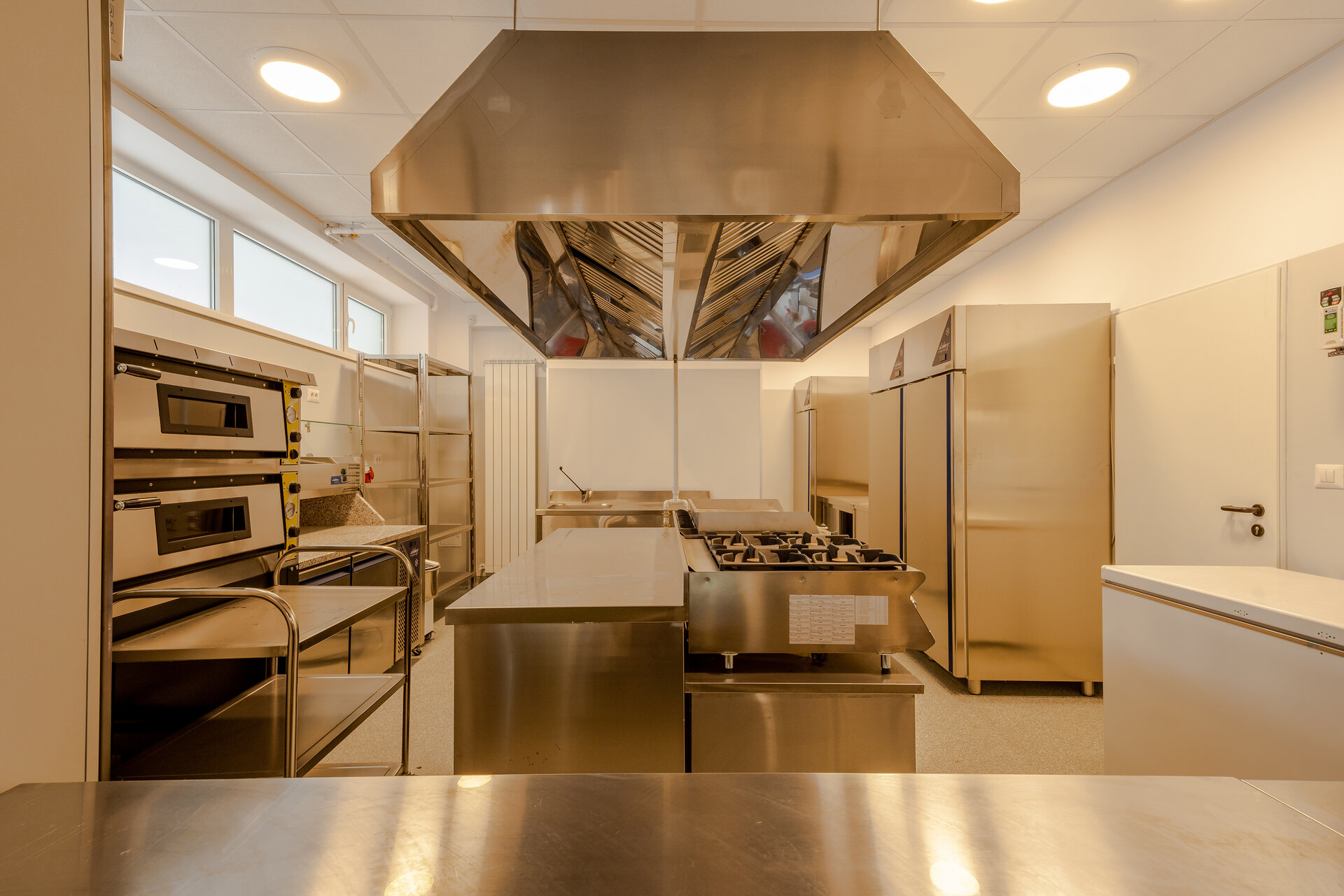 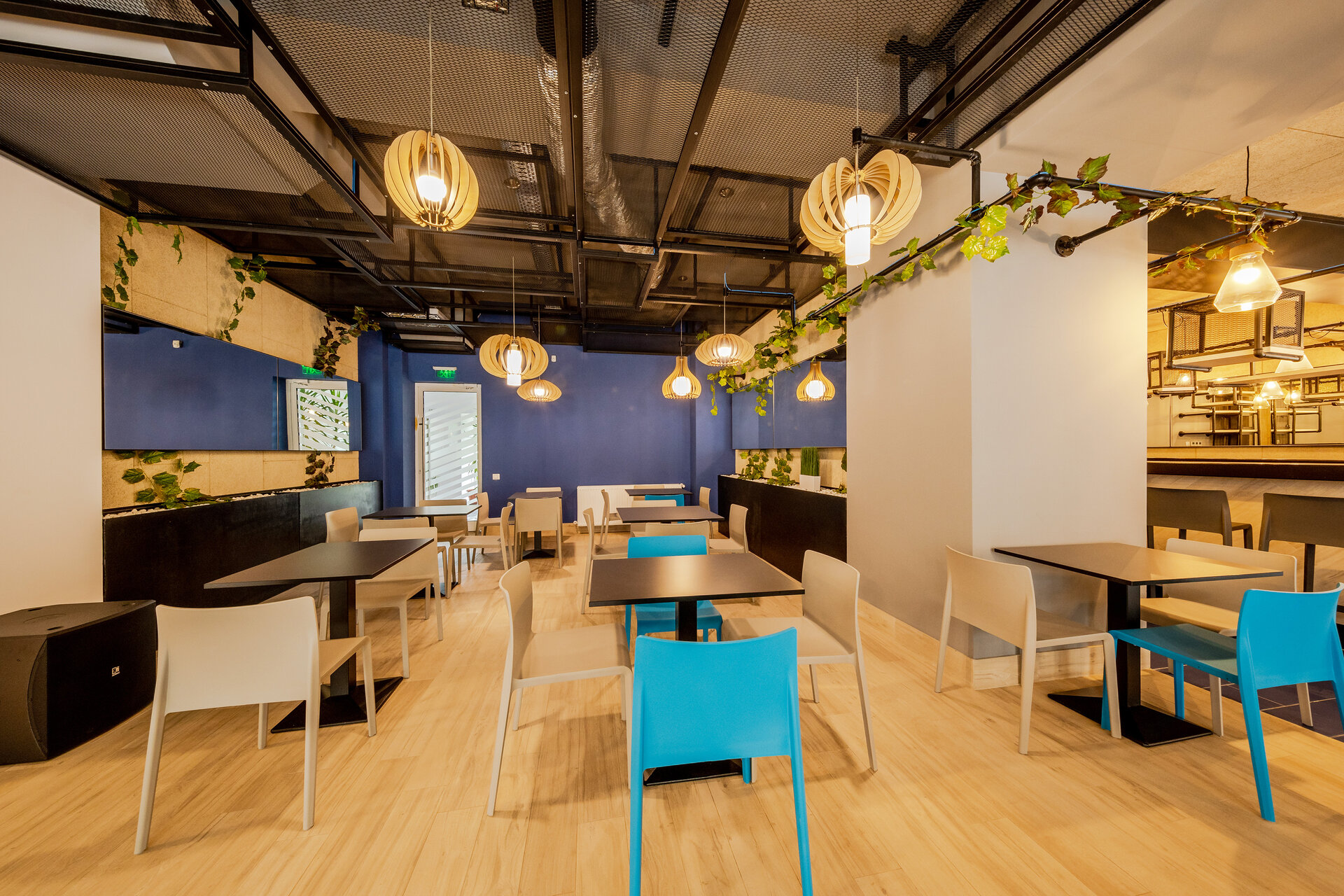 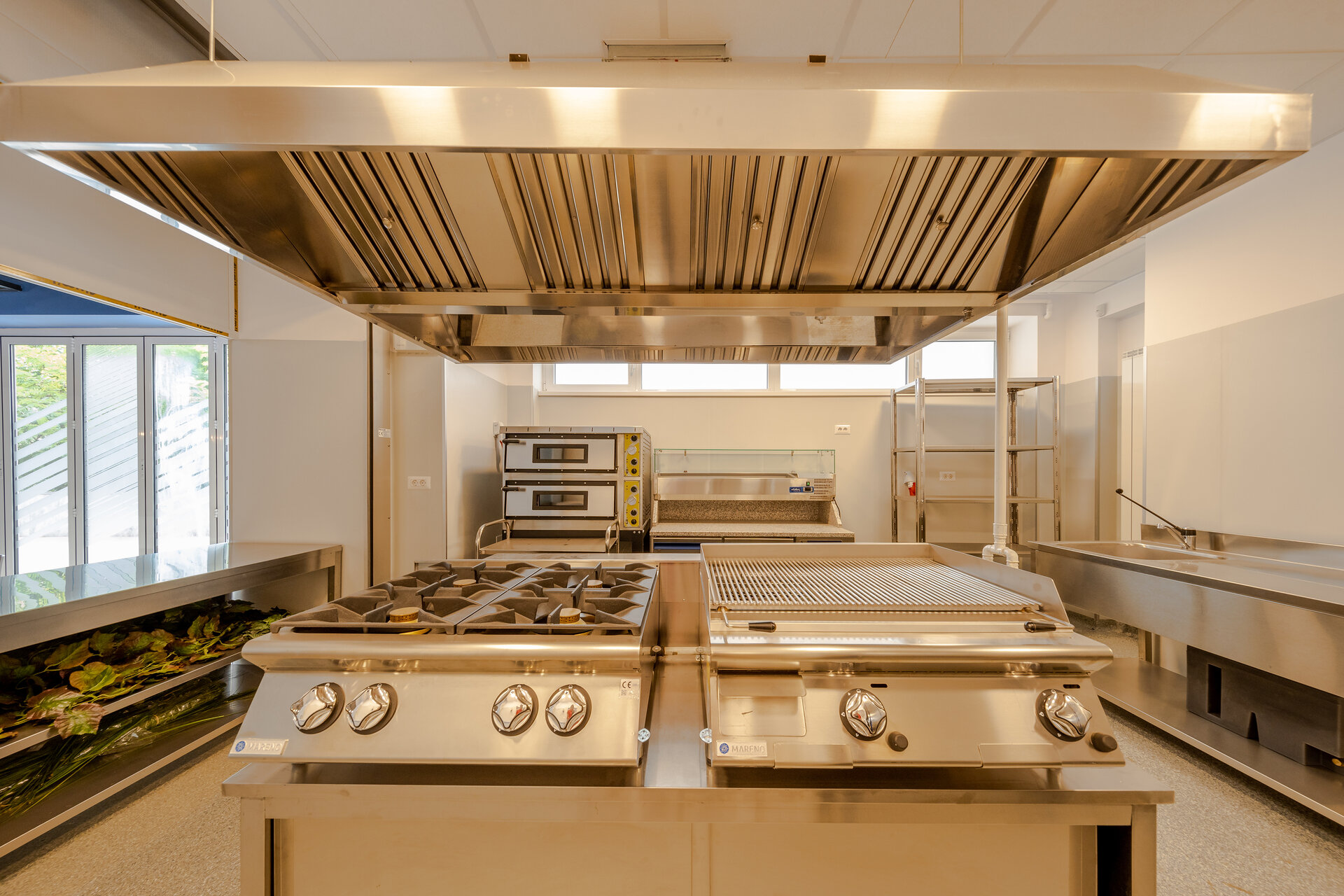 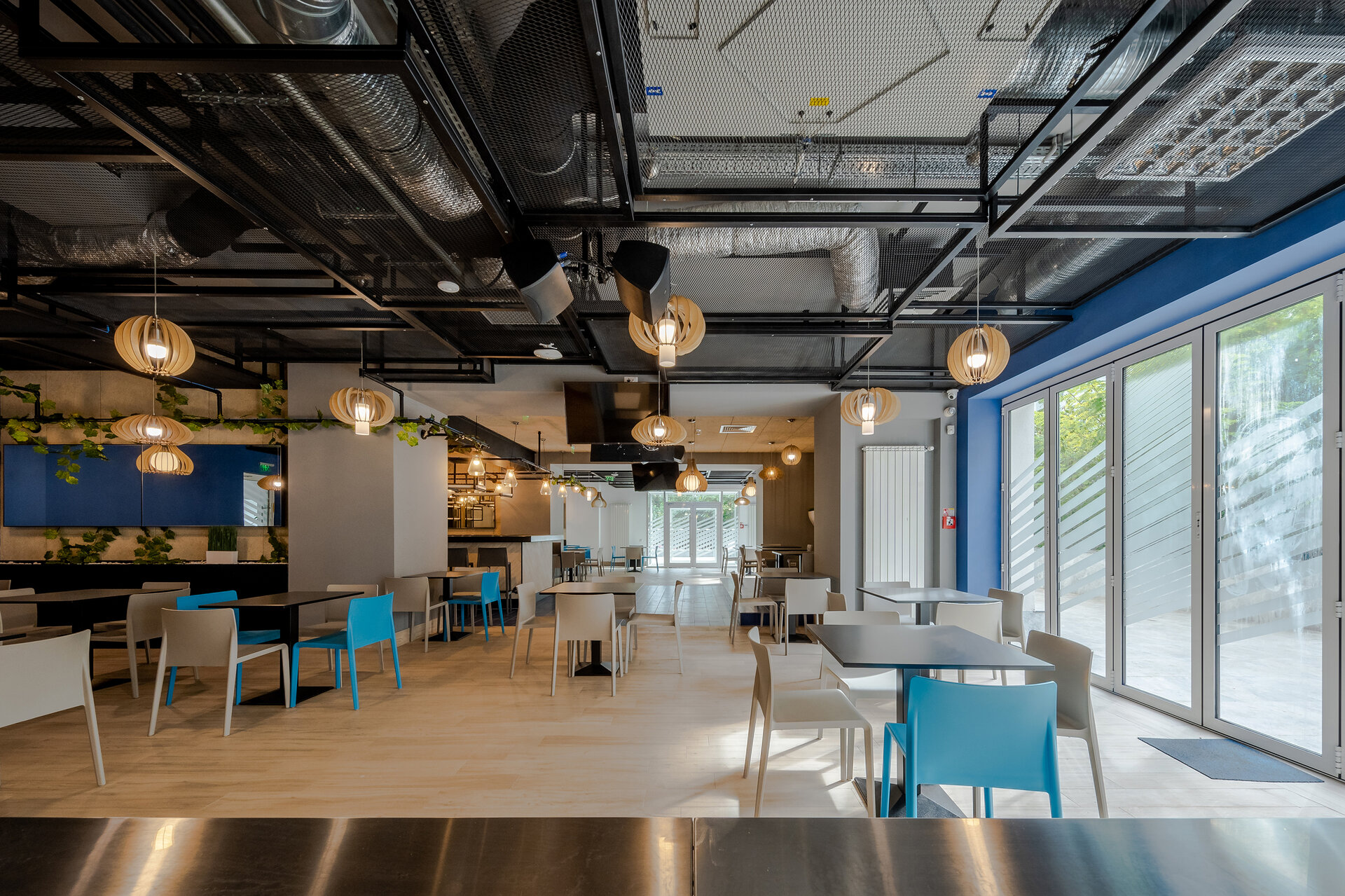 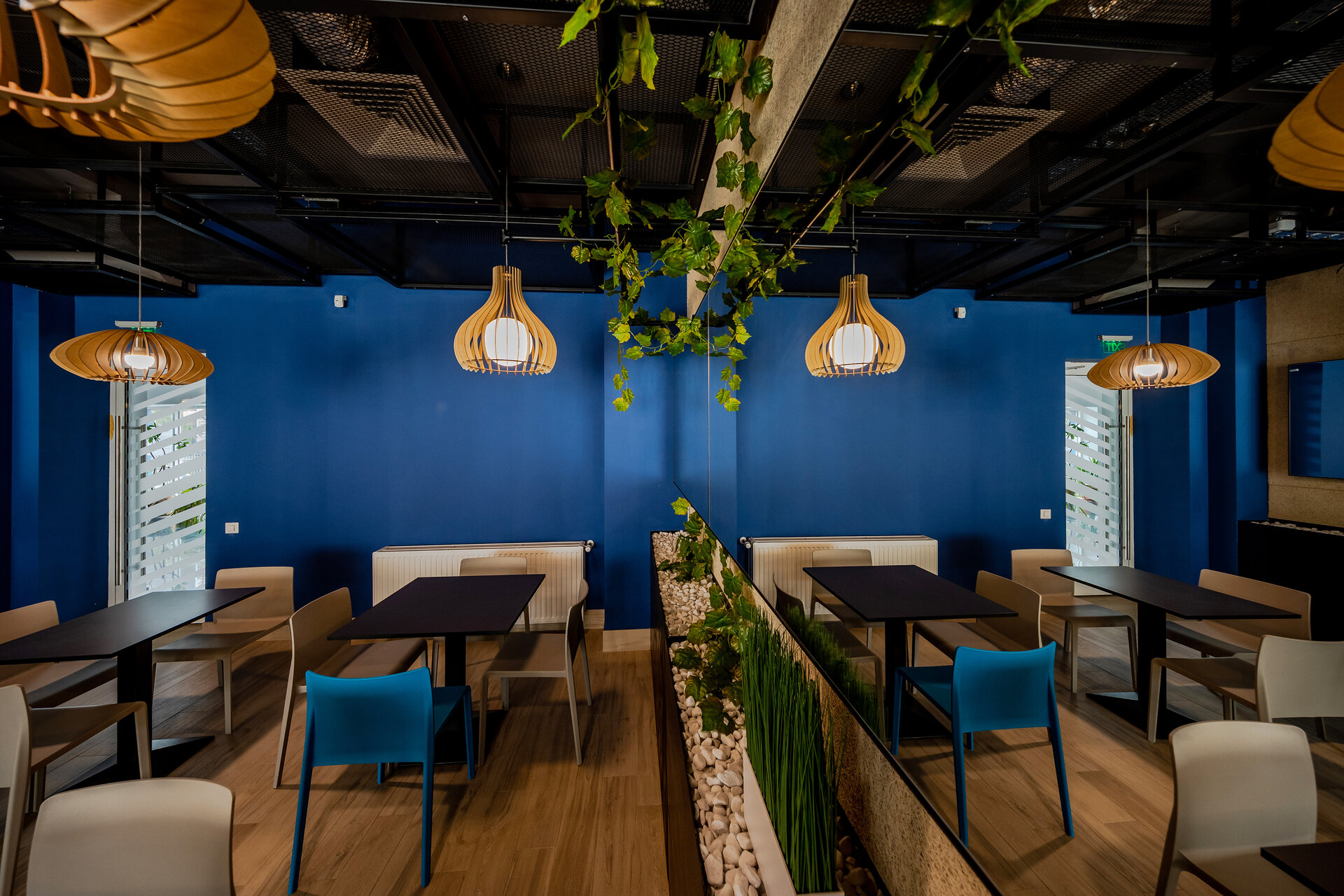 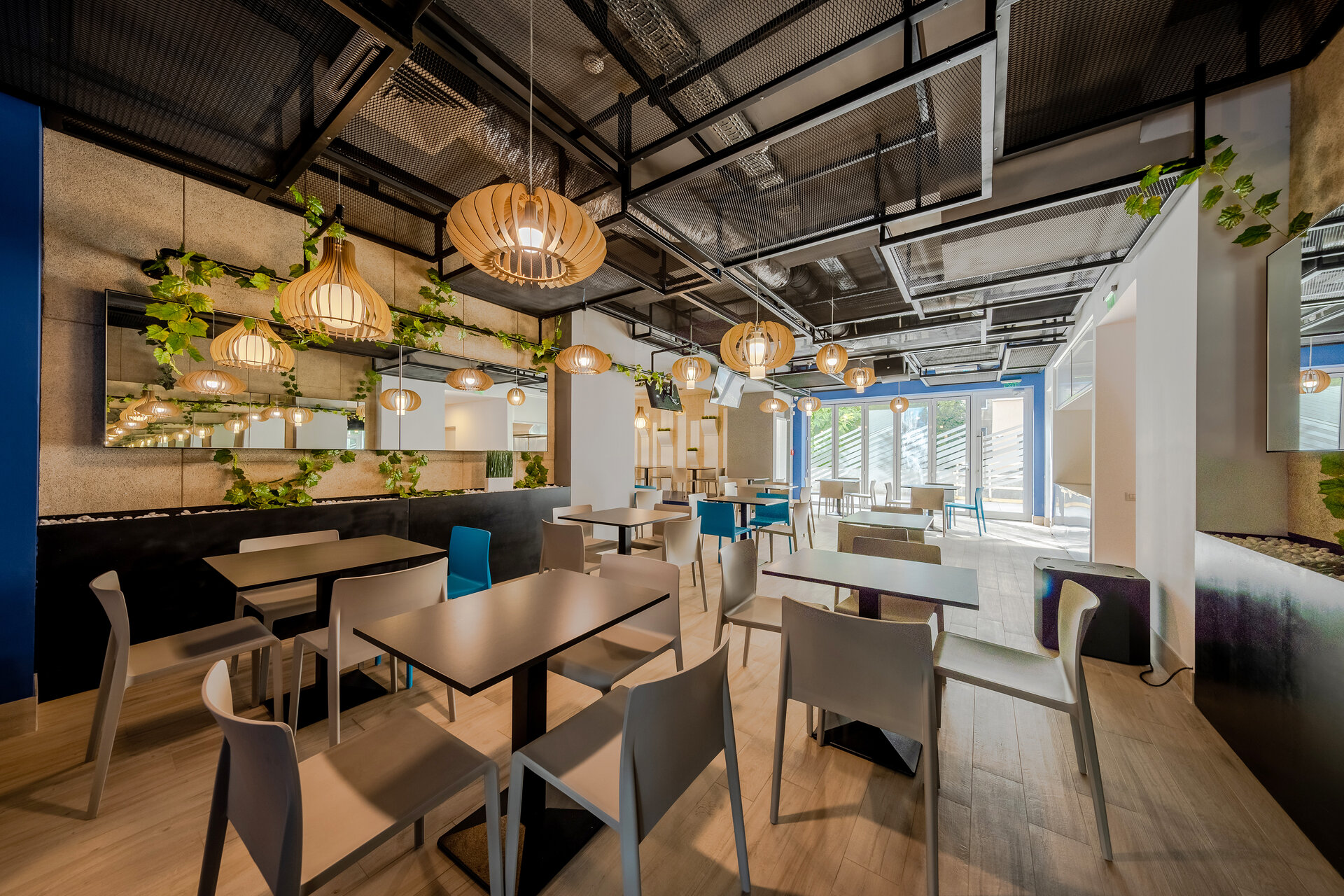 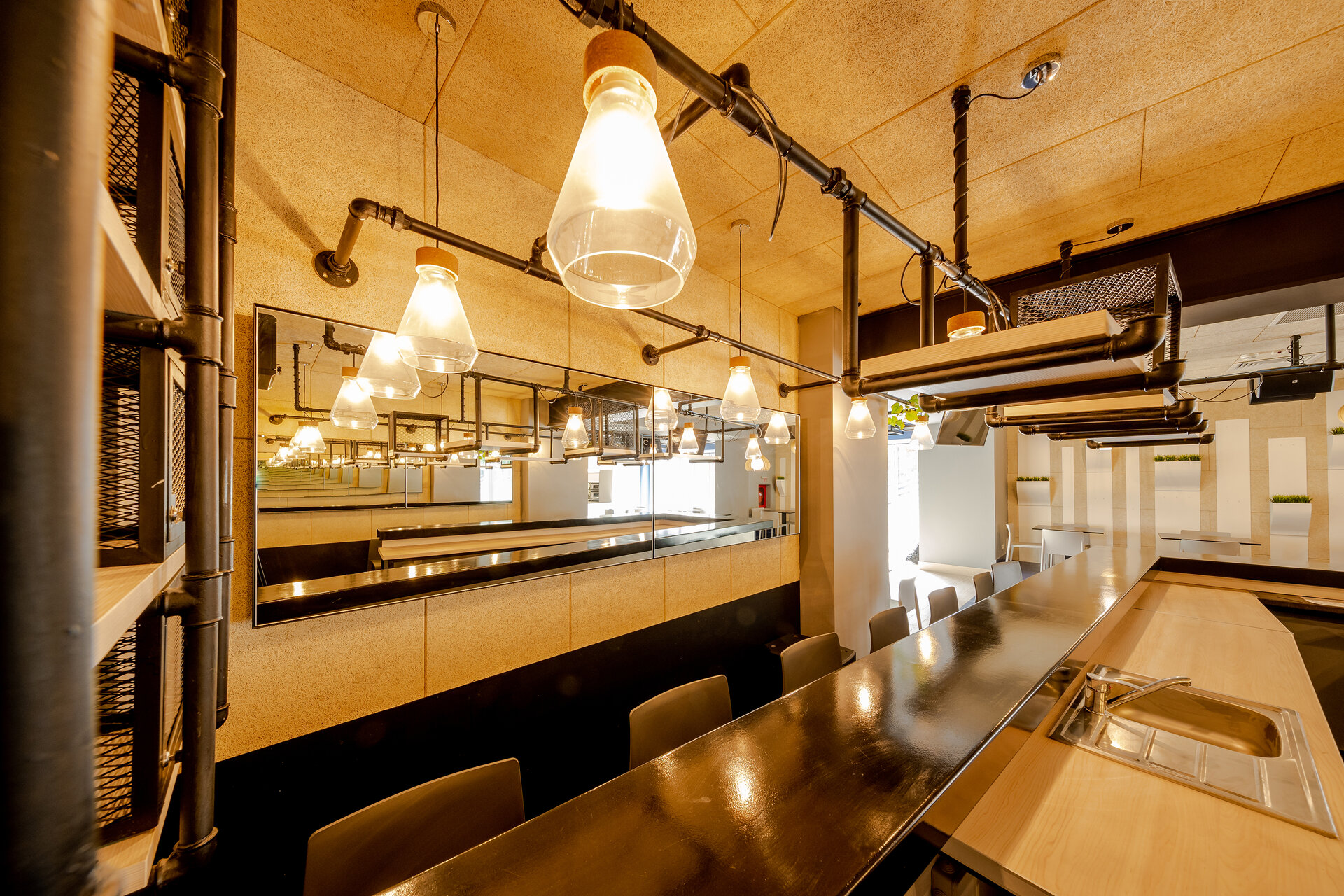 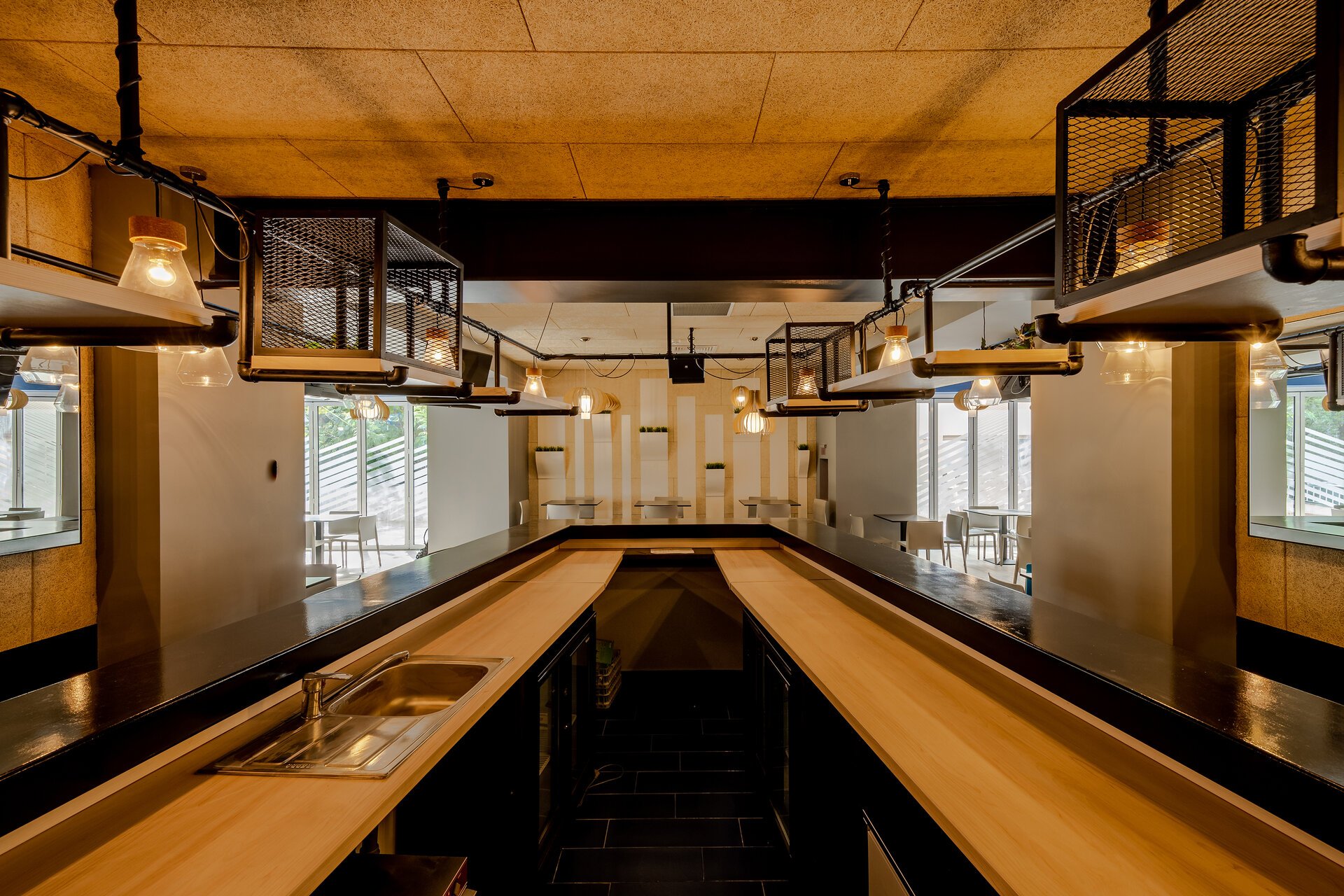 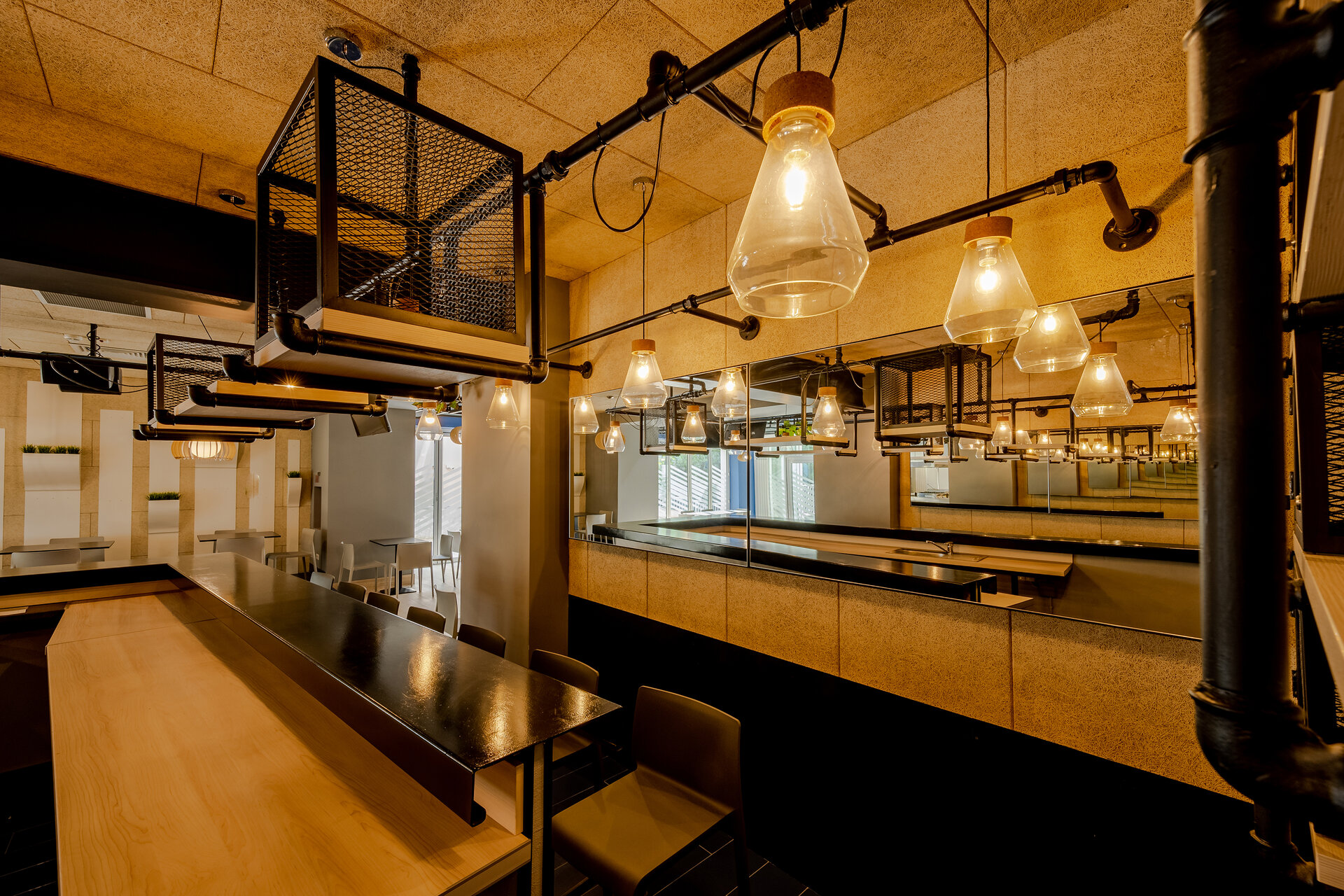 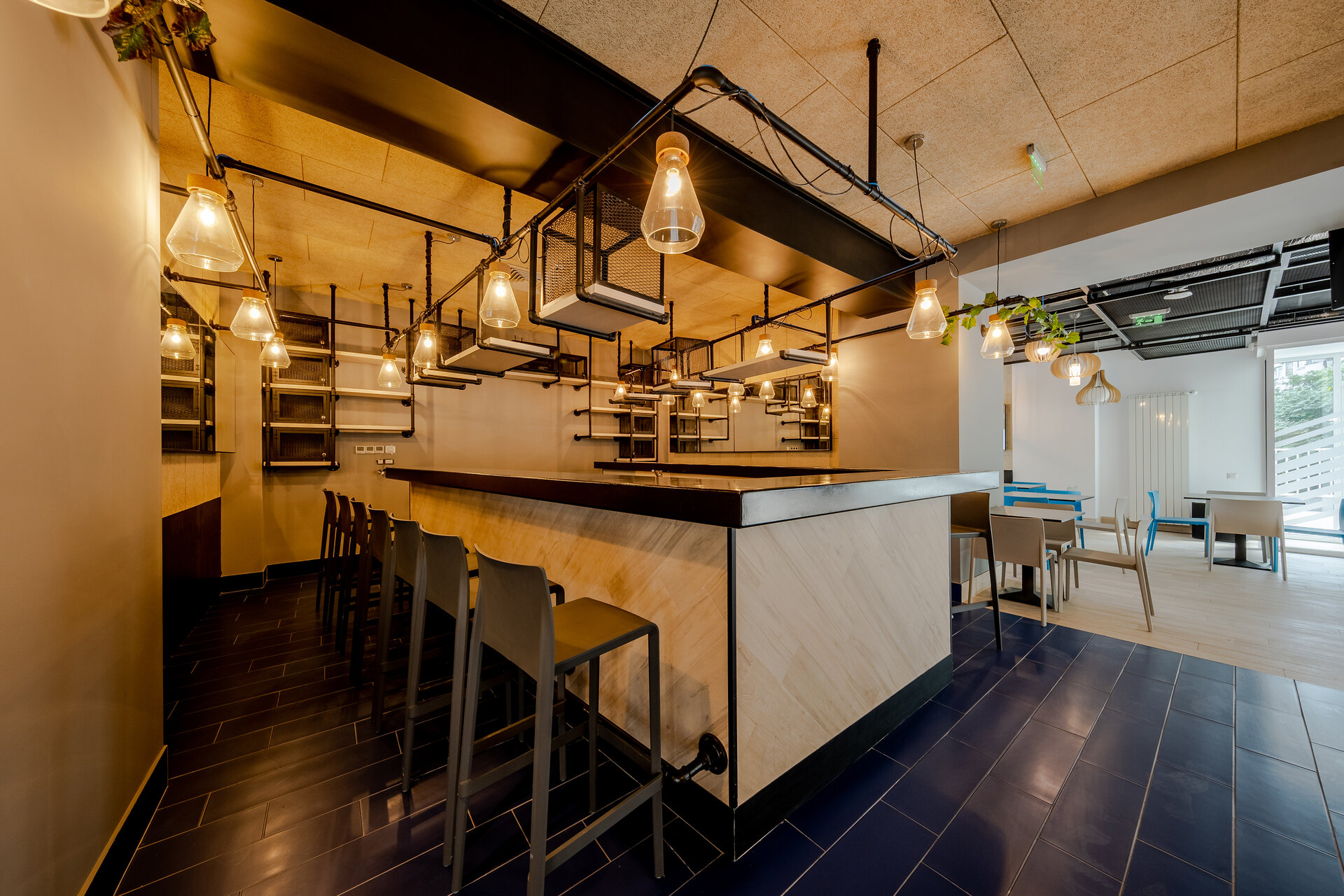 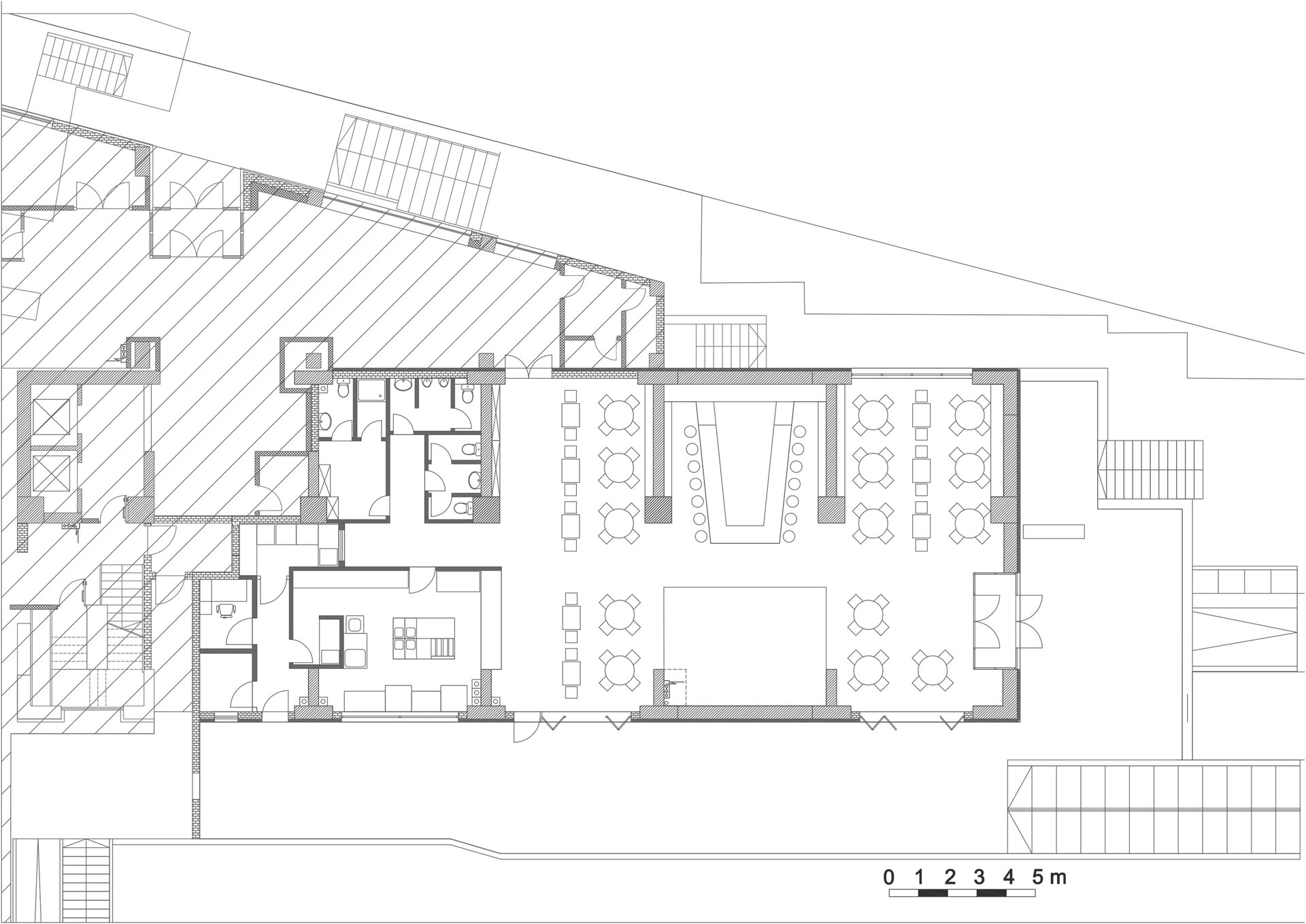