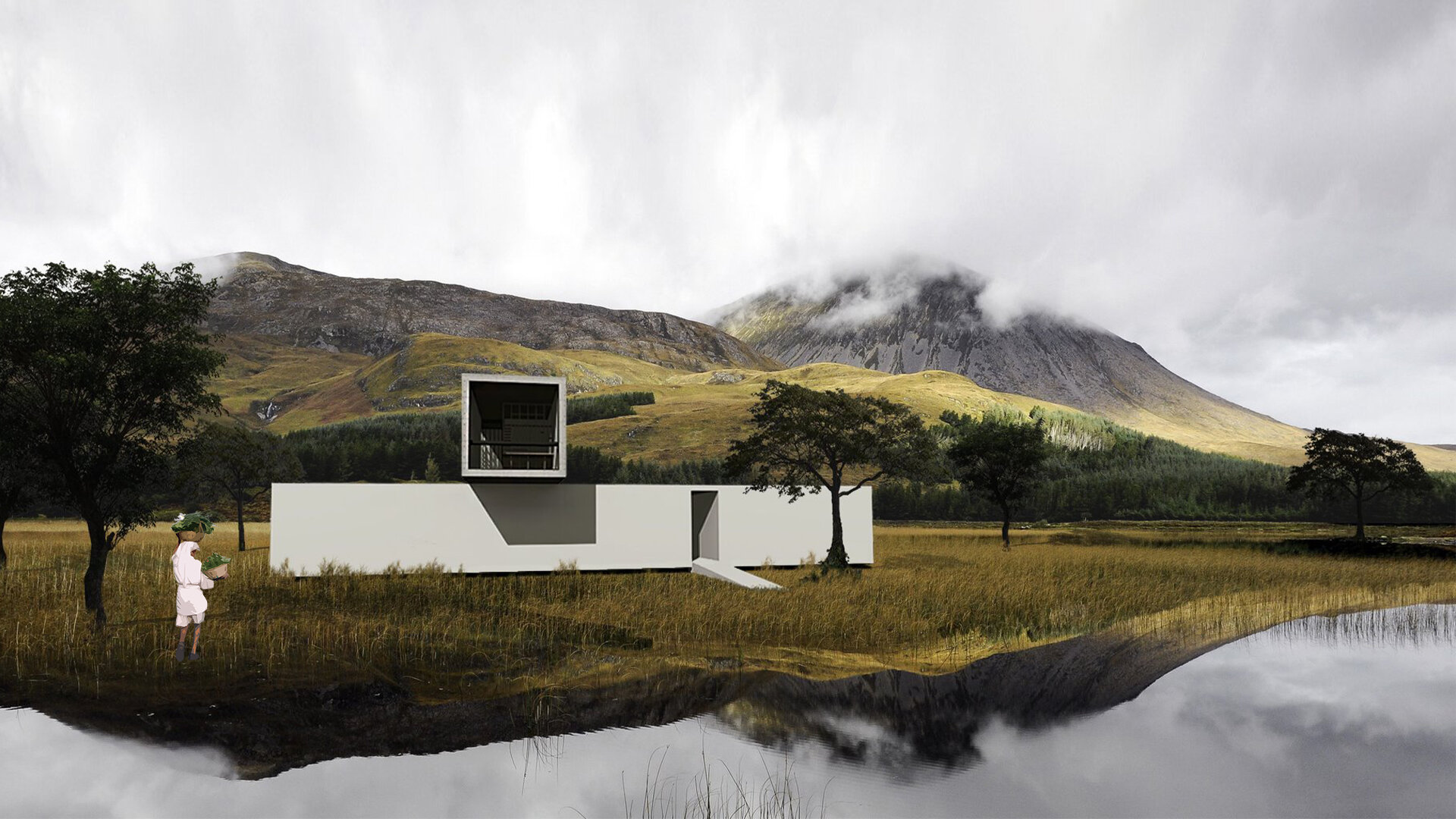 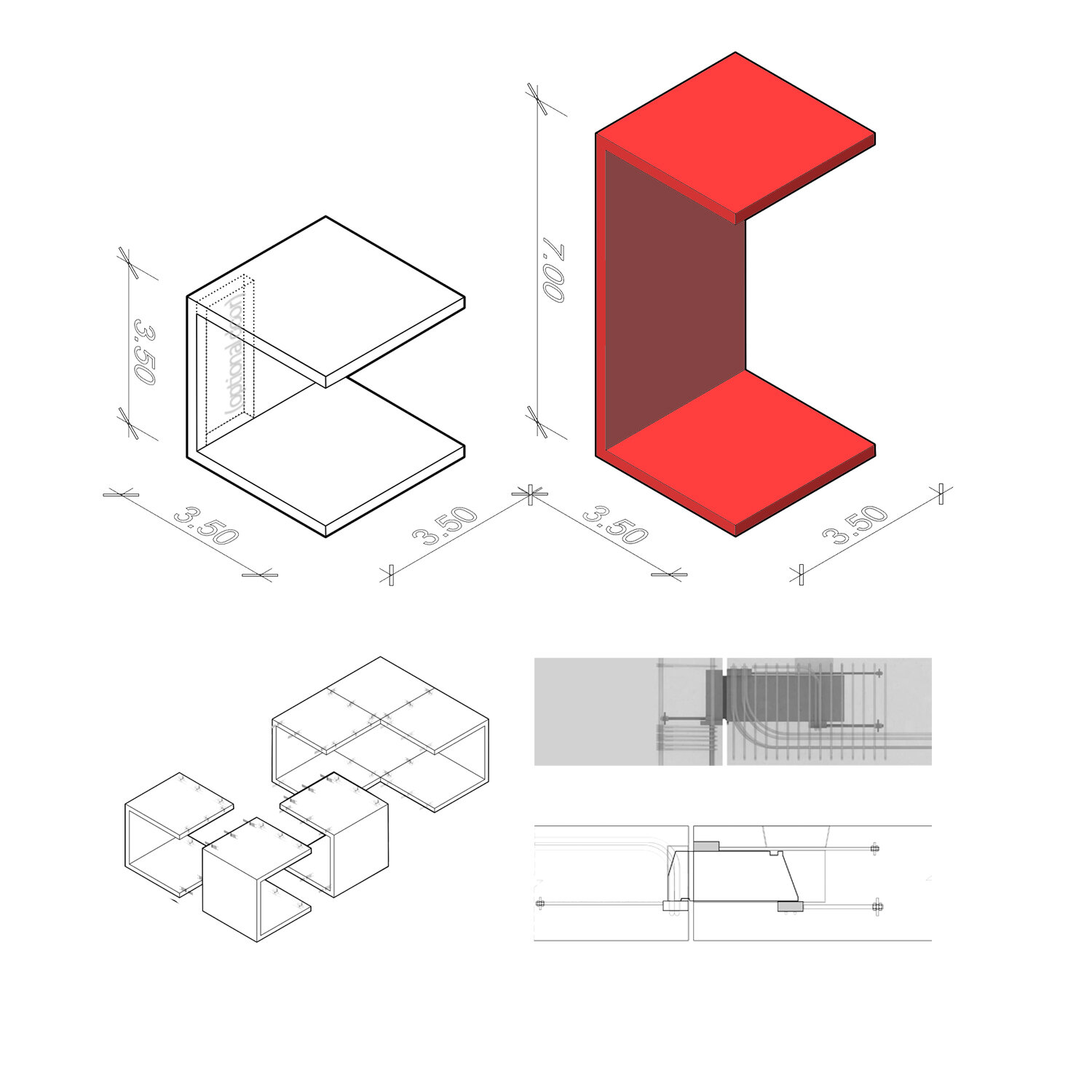 The purpose of the project was to design modular concrete housing with all the necessary comforts of a first residence, within 150 - 300 sqm.

Cc House started from the idea of adapting to any type of site and needs, resulting in two modules that can fit together both horizontally and vertically and can be implemented on any site.

Both modules are "C" shaped - the first is 3.50x3.50x3.50 metres in dimensions and the second one doubles its height to accomodate the stair (the vertical circulation) and to offer the possibility of developing a second level. These modules can combine, resulting in a mountain refuge, a single unit house or a high rise building.

The proposed house uses nature as a binding for the interior space; both inner courtyards bring the natural environment in the middle of the house. However, their size, position and destination differentiate them. While the more public areas (kitchen and living room) are grouped together around a larger courtyard which is south oriented, the more private spaces (the bedrooms) open up to an east facing smaller courtyard.

Furthemore, the openings also enhance this logic. The house has an opaque entrance facade, with only the studio oriented towards north. The studio is also situated at the upper level, thus being more intimate and less visible from the ground. The layout of the solid and void space creates visibility throughout the house or closes the perspective towards intimate areas such as bedrooms and bathrooms.

The design of the house offers versatility and oportunity for evolution from the initial design, adaptation to changes in needs during the useful life and the possibility of production in a simple and viable way. 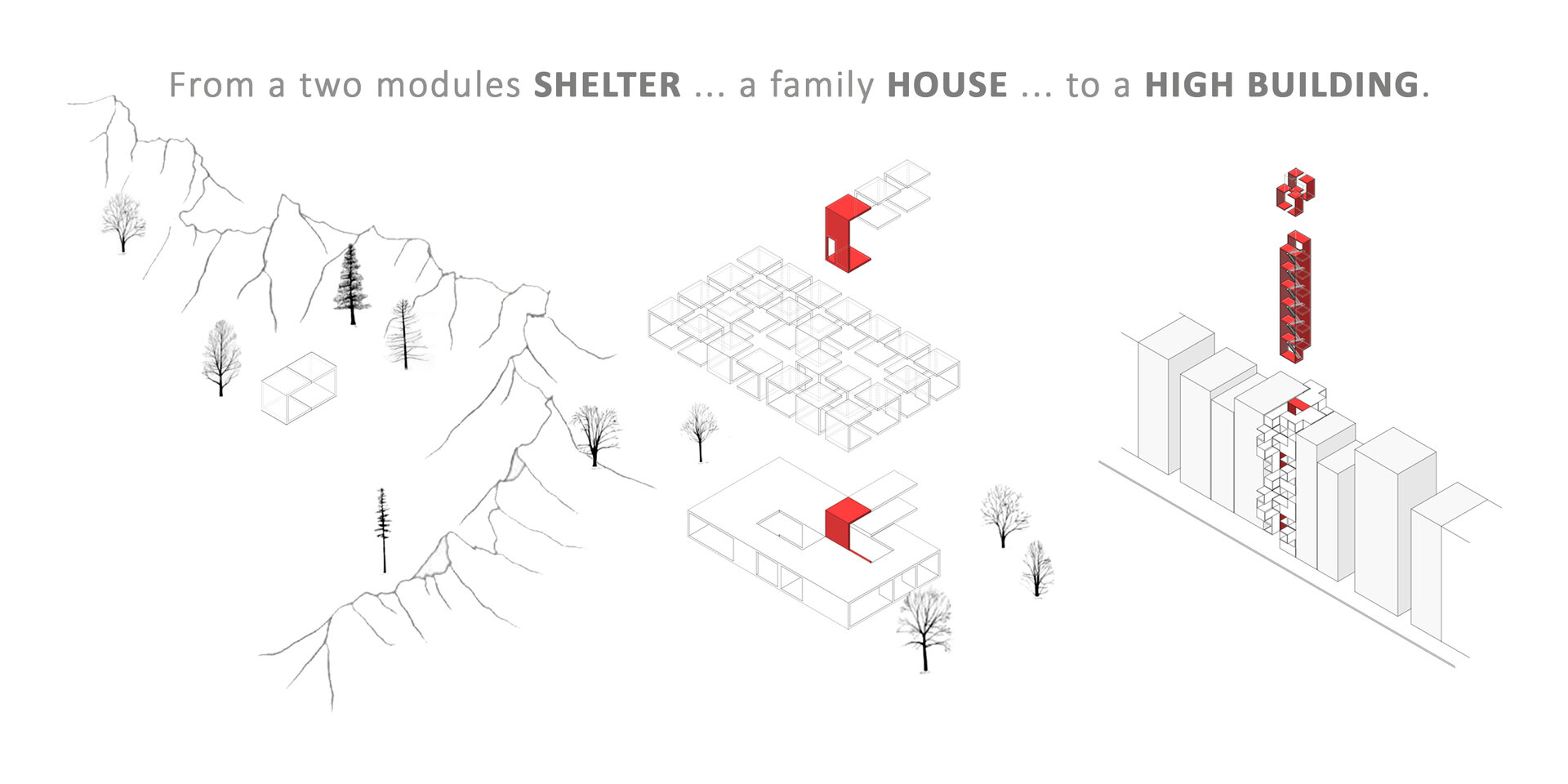 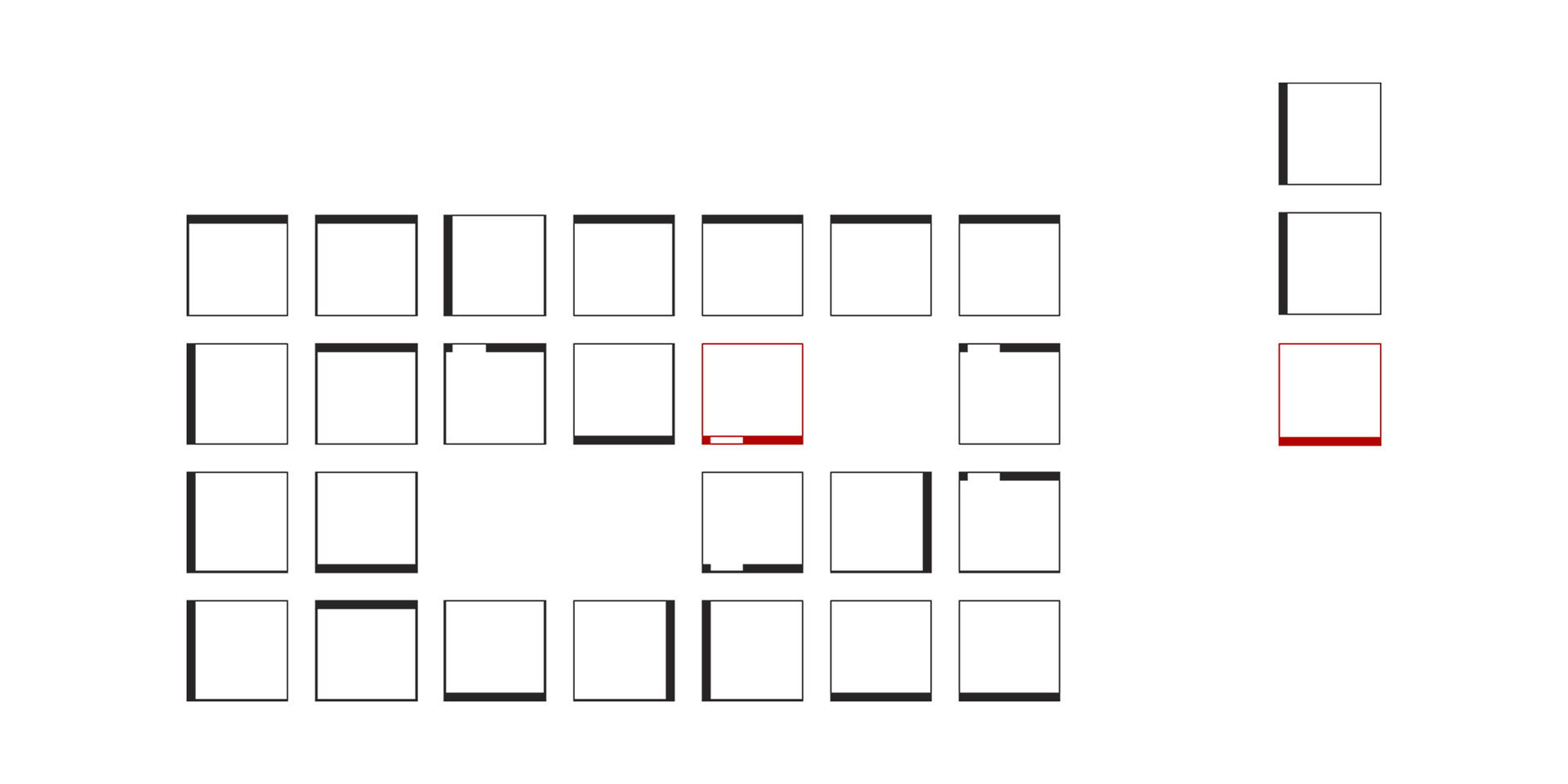 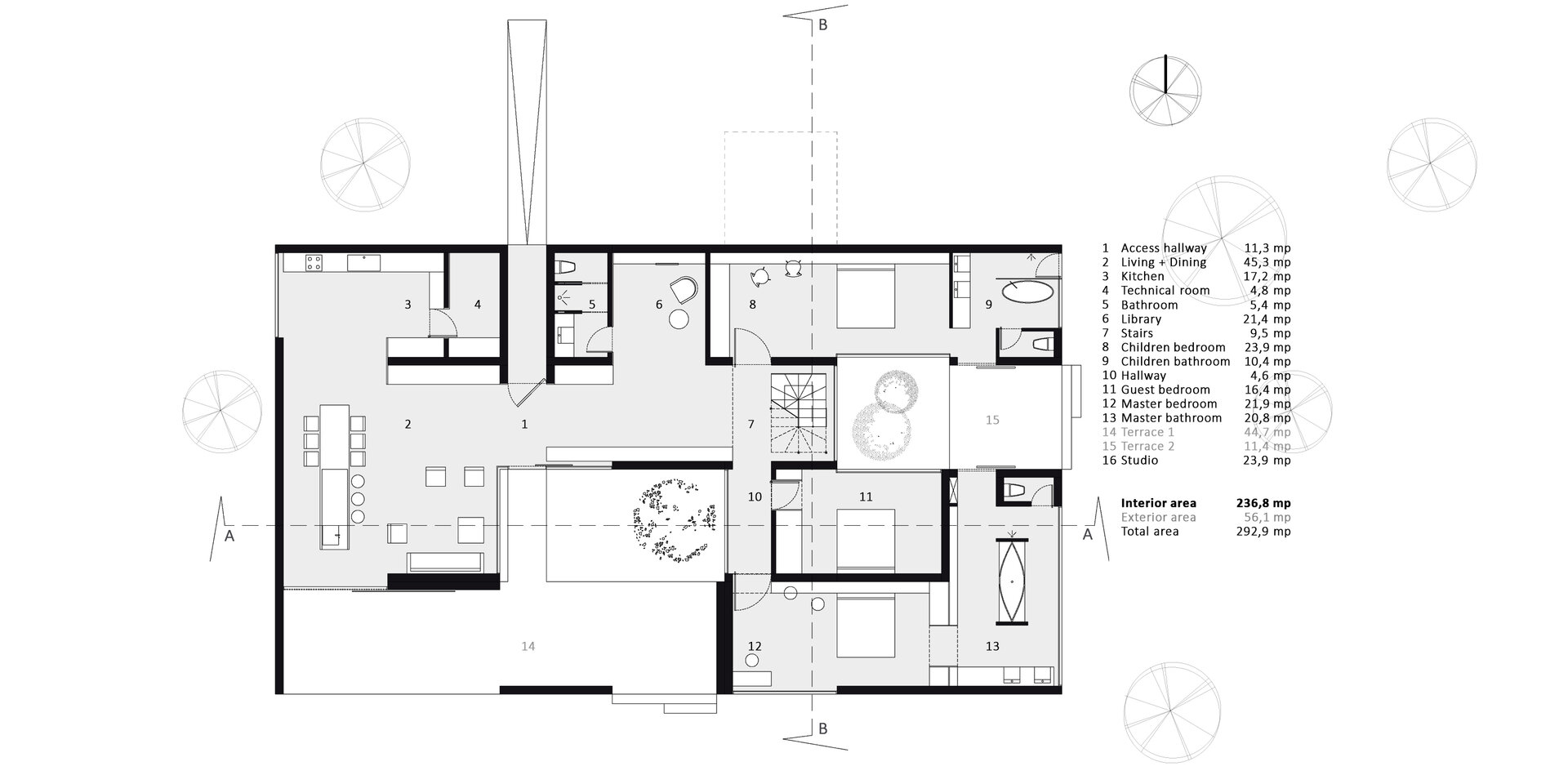 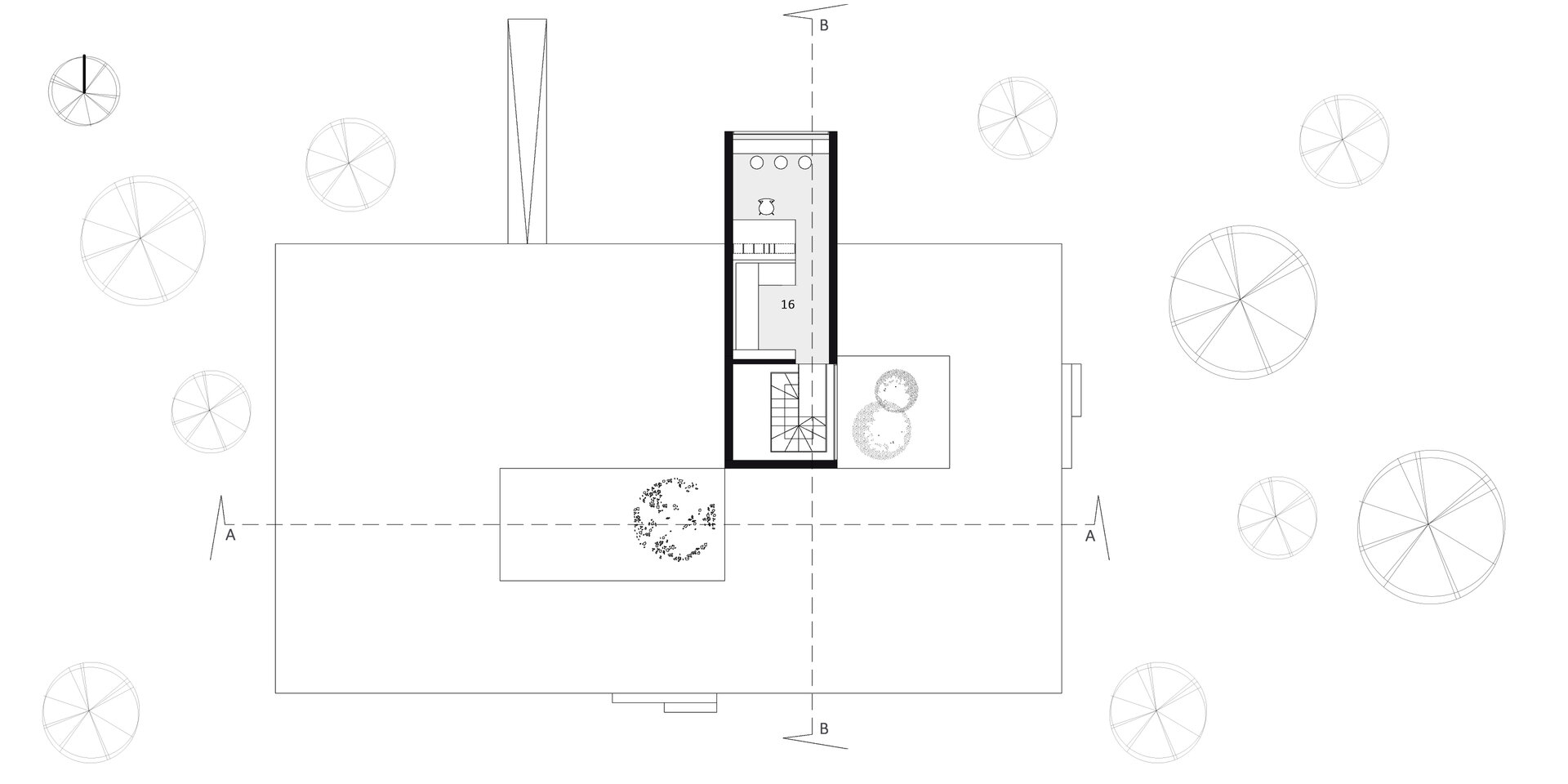 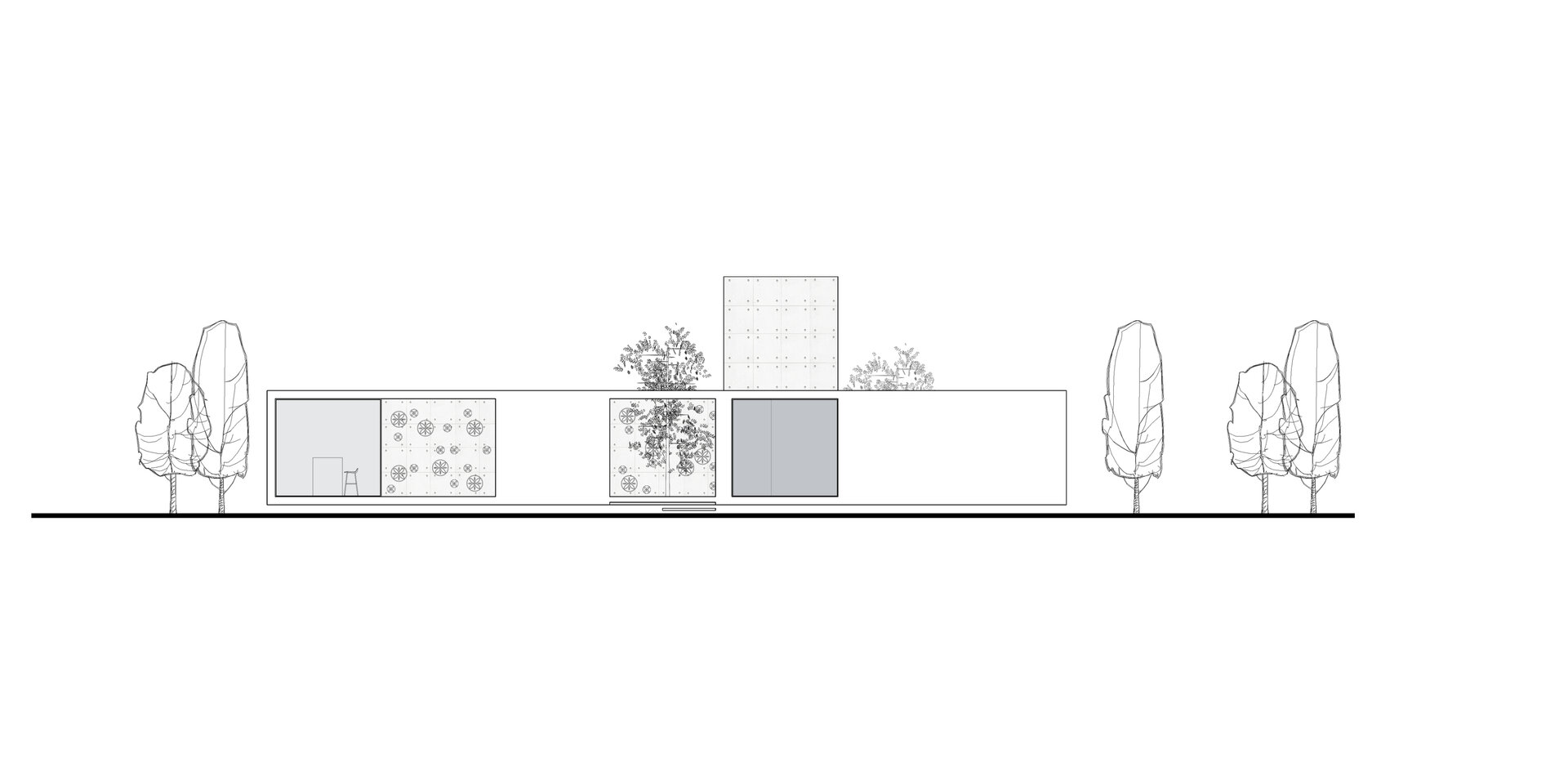 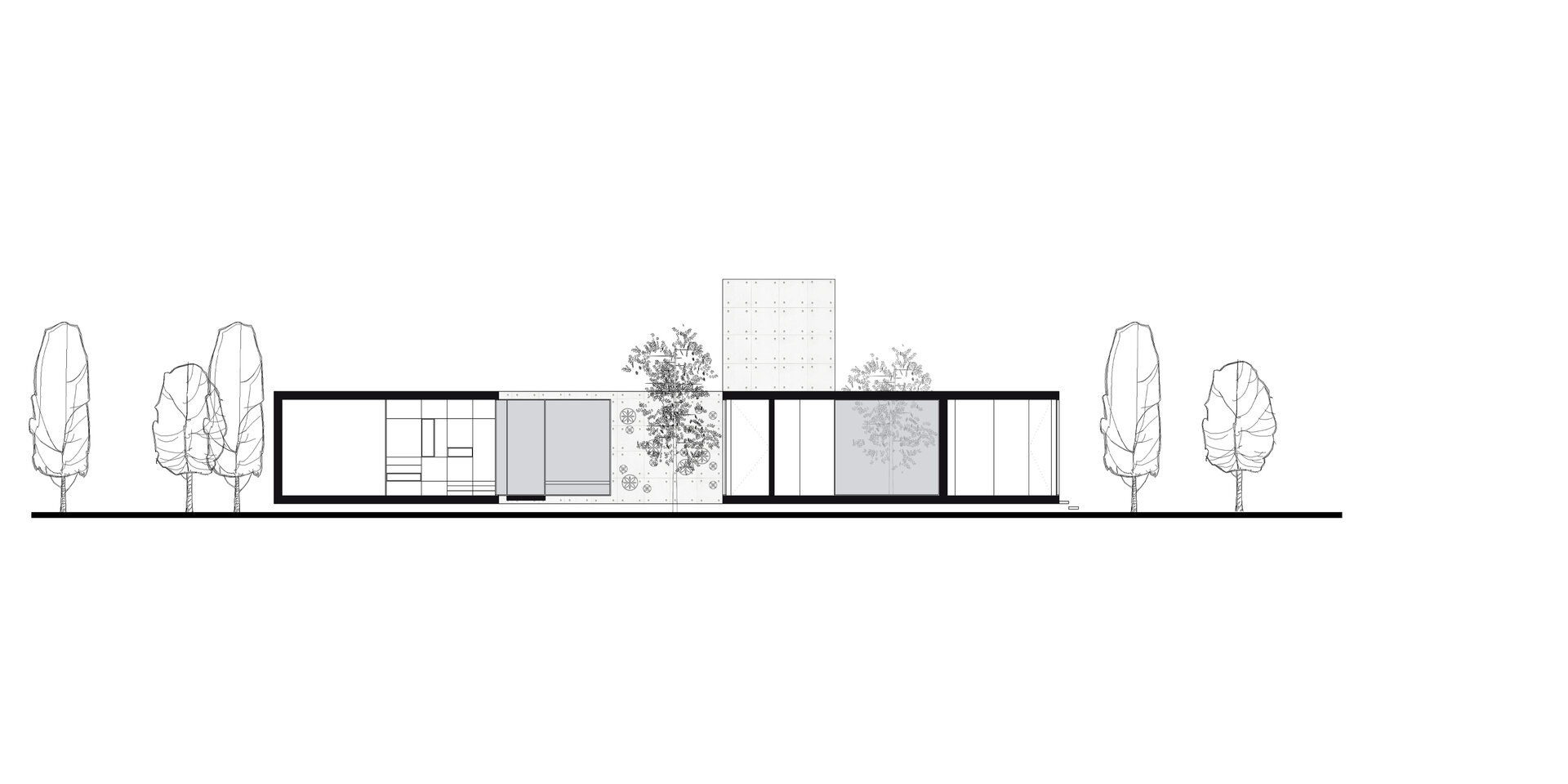 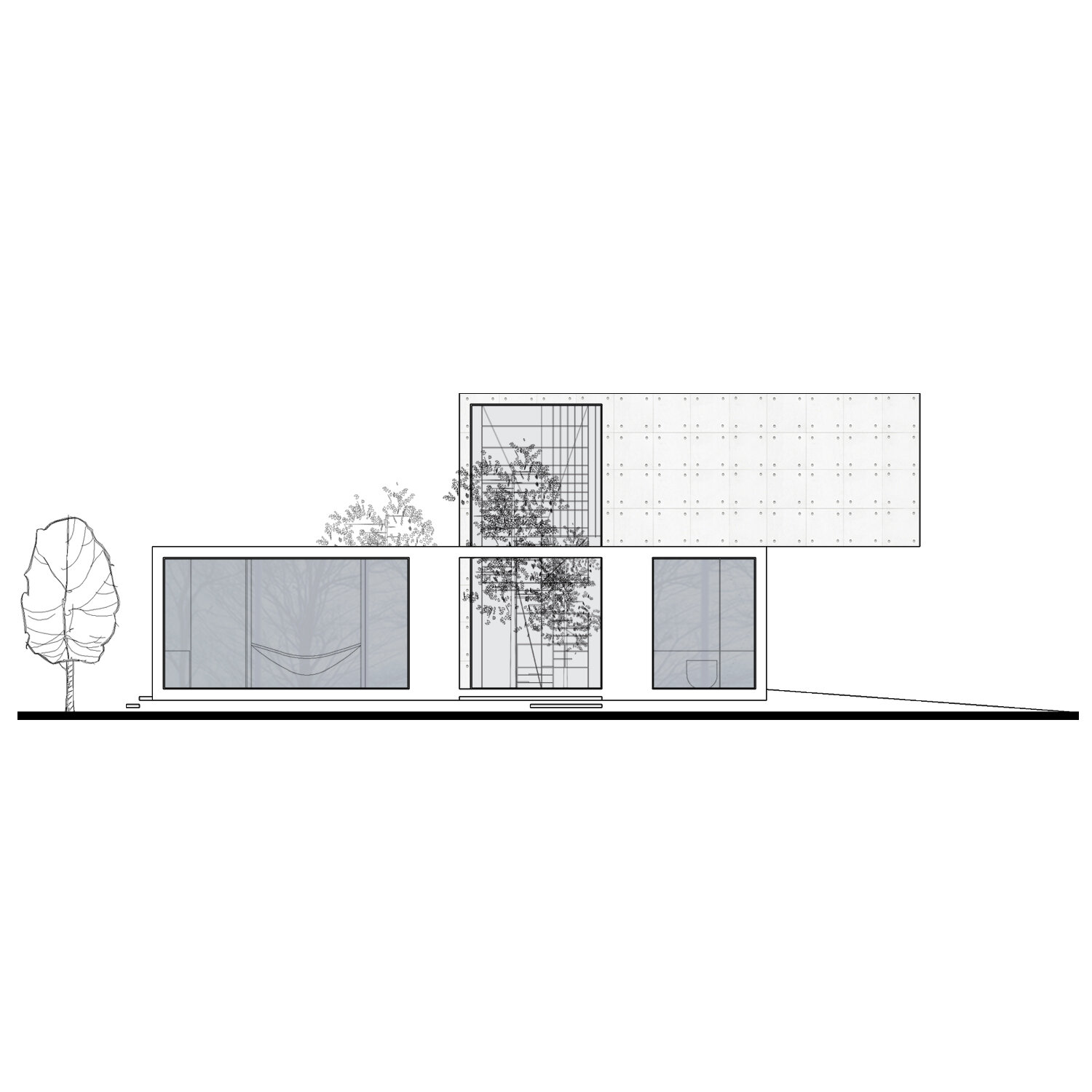 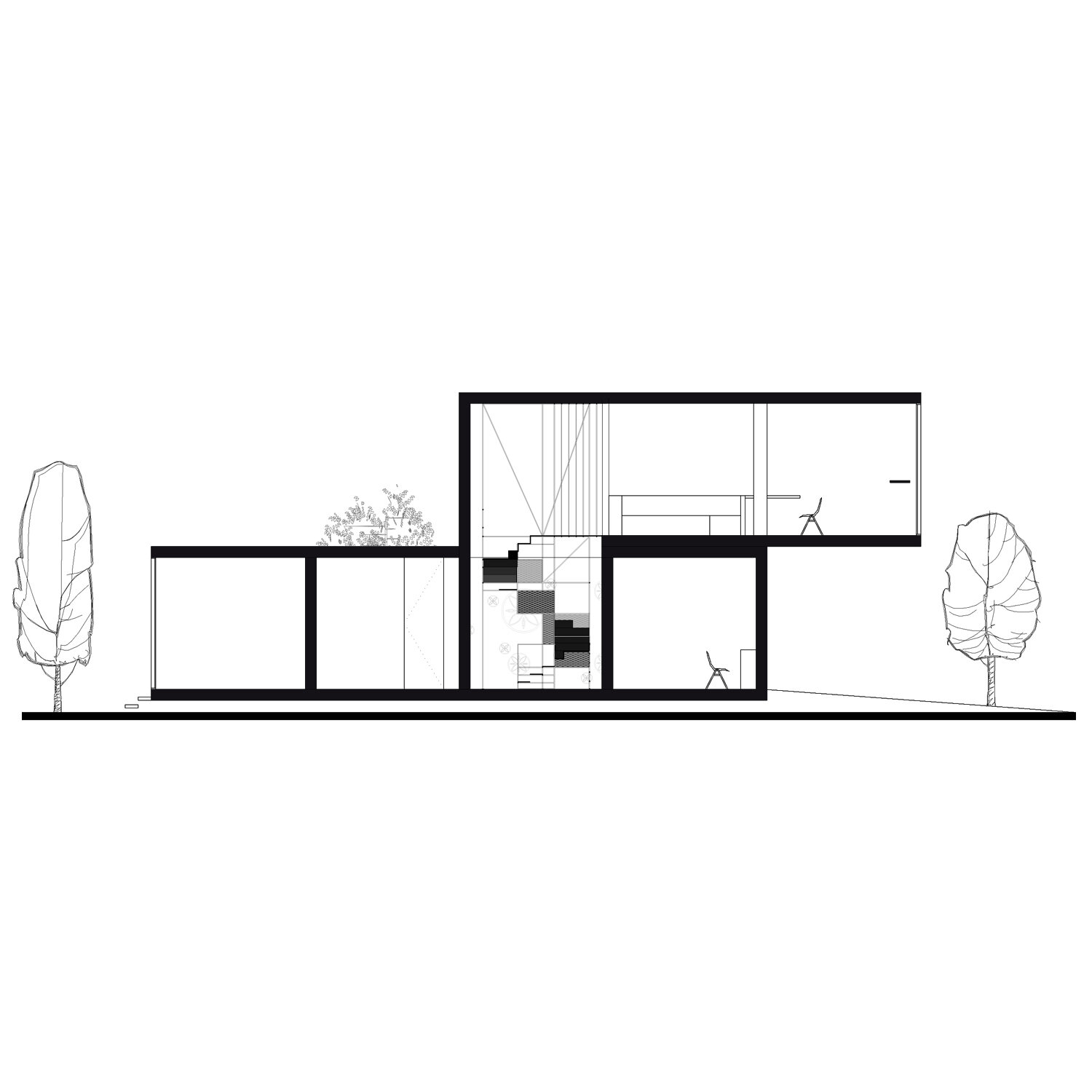 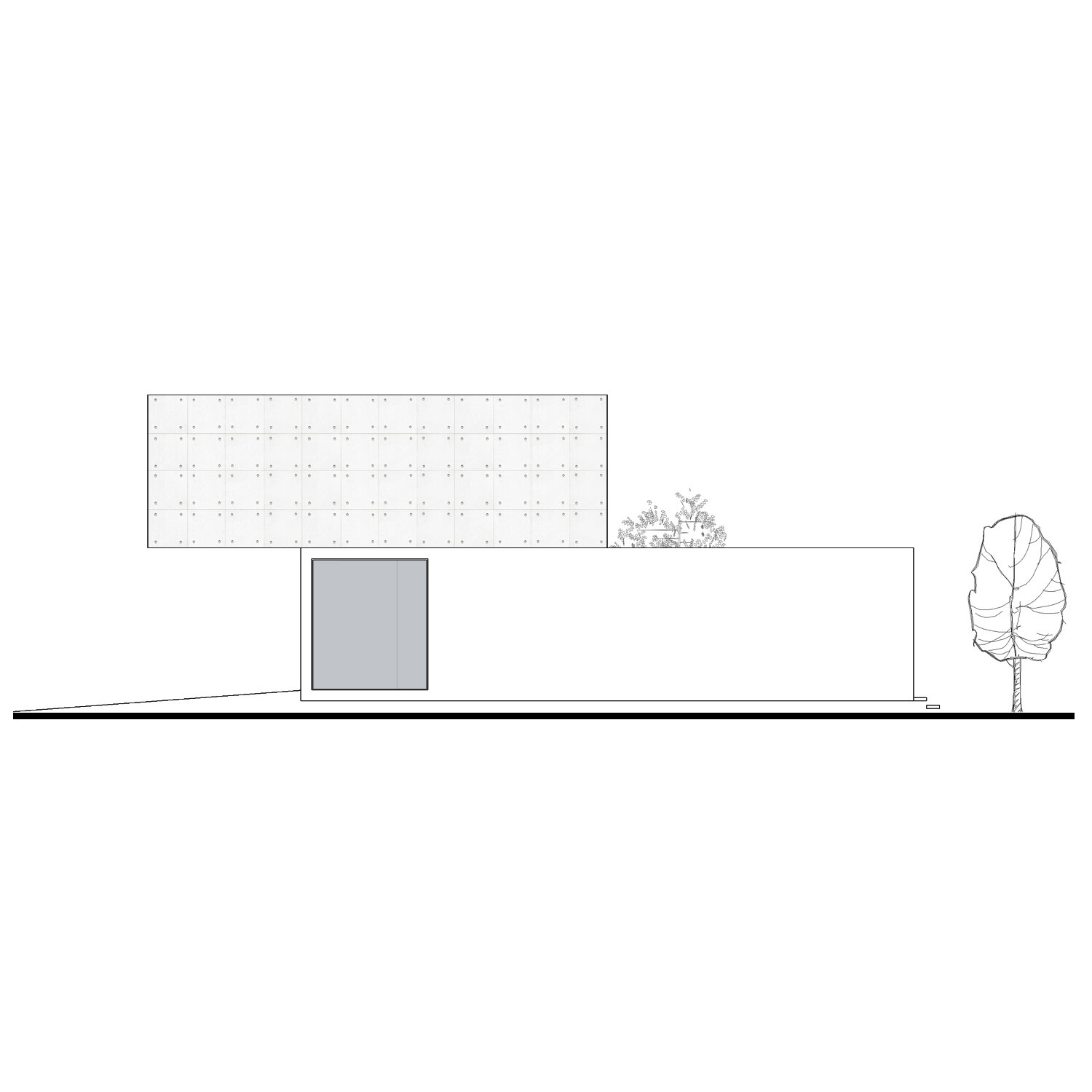 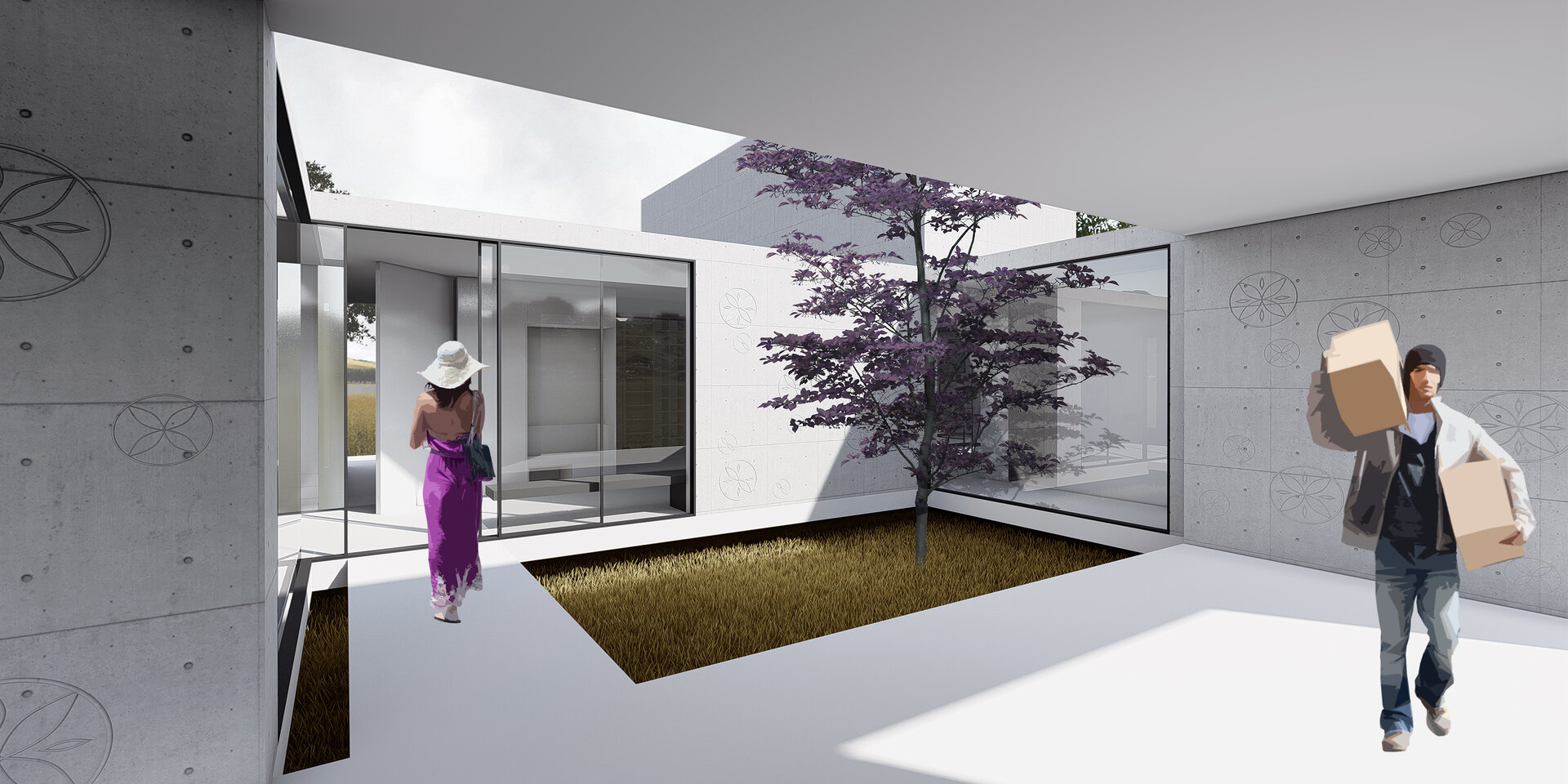 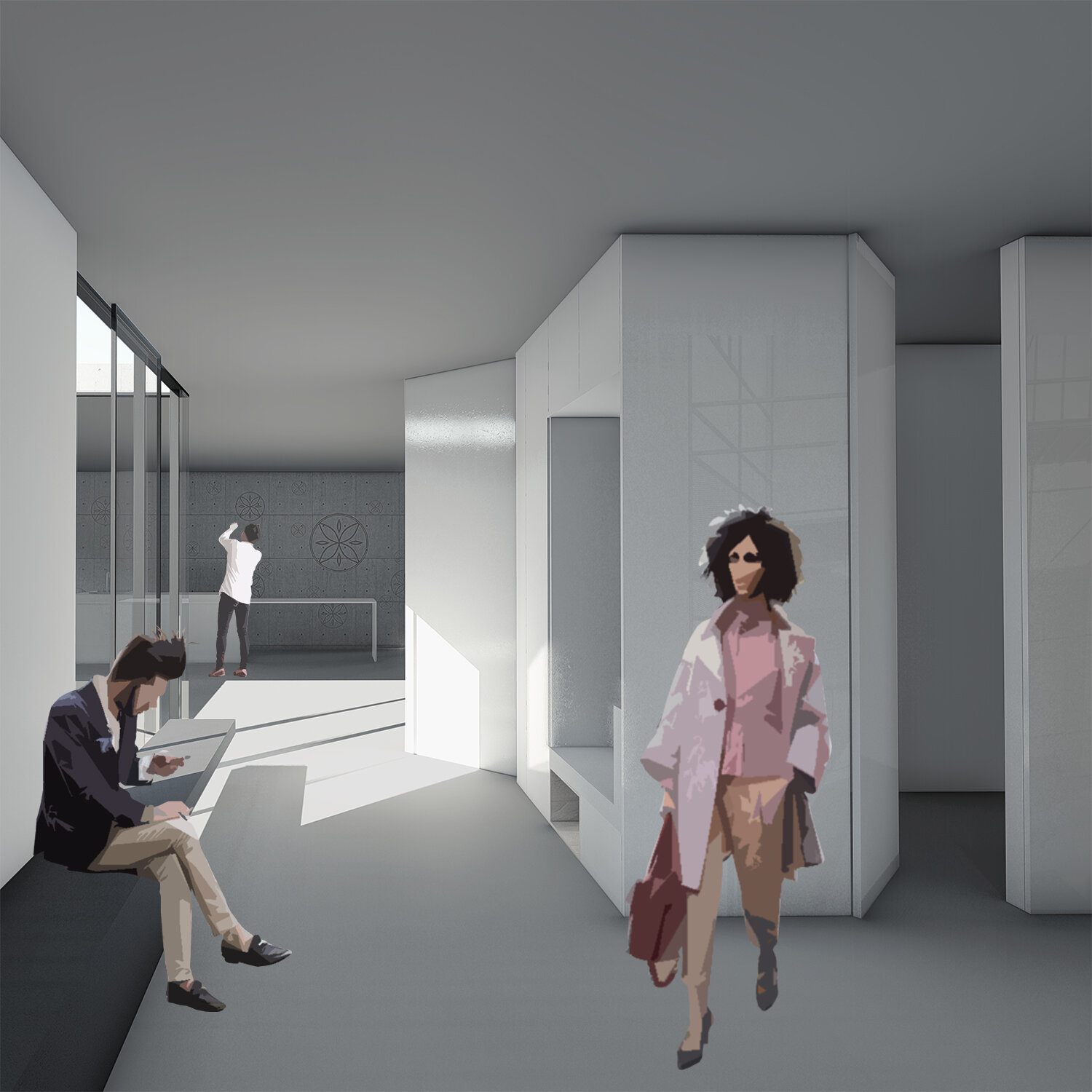 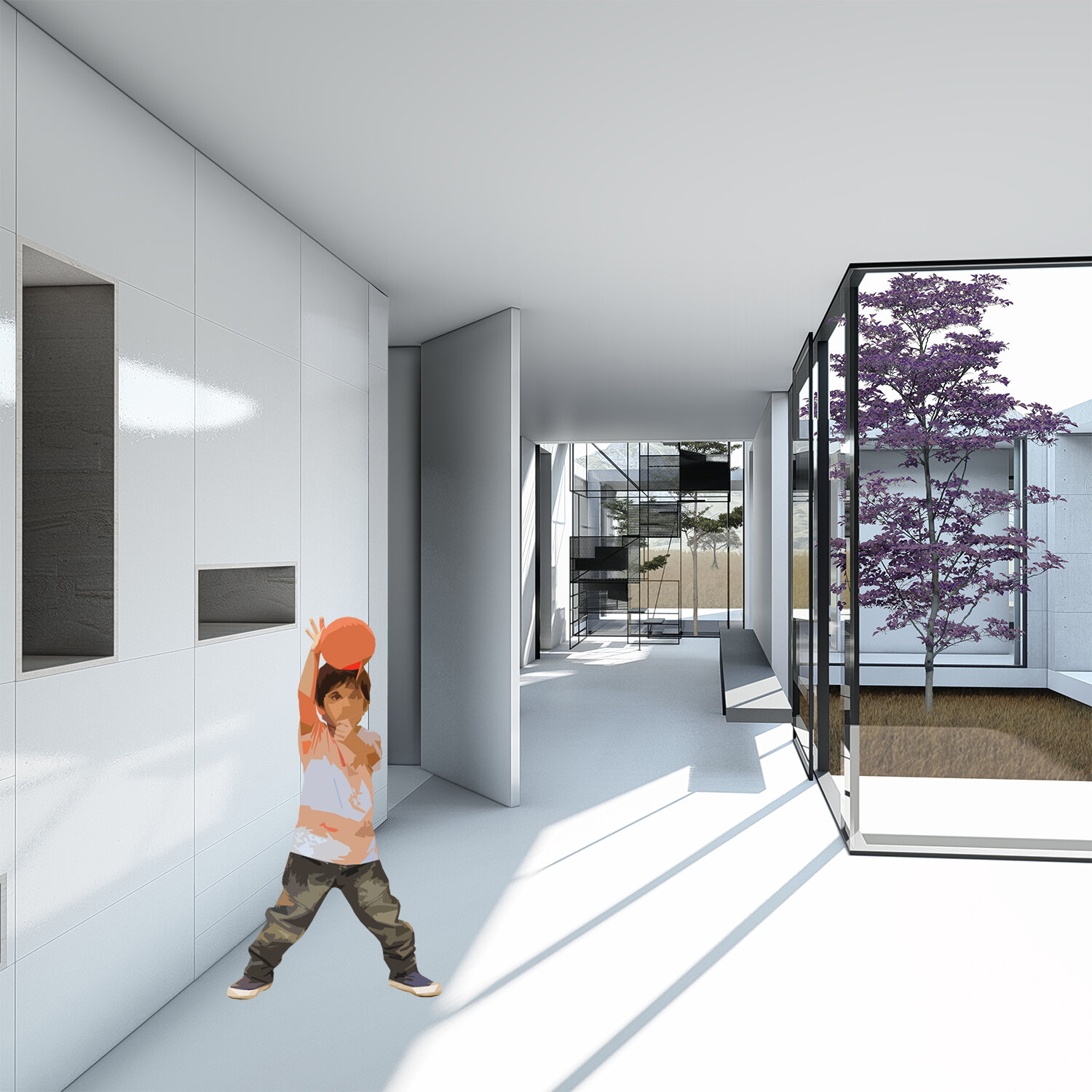 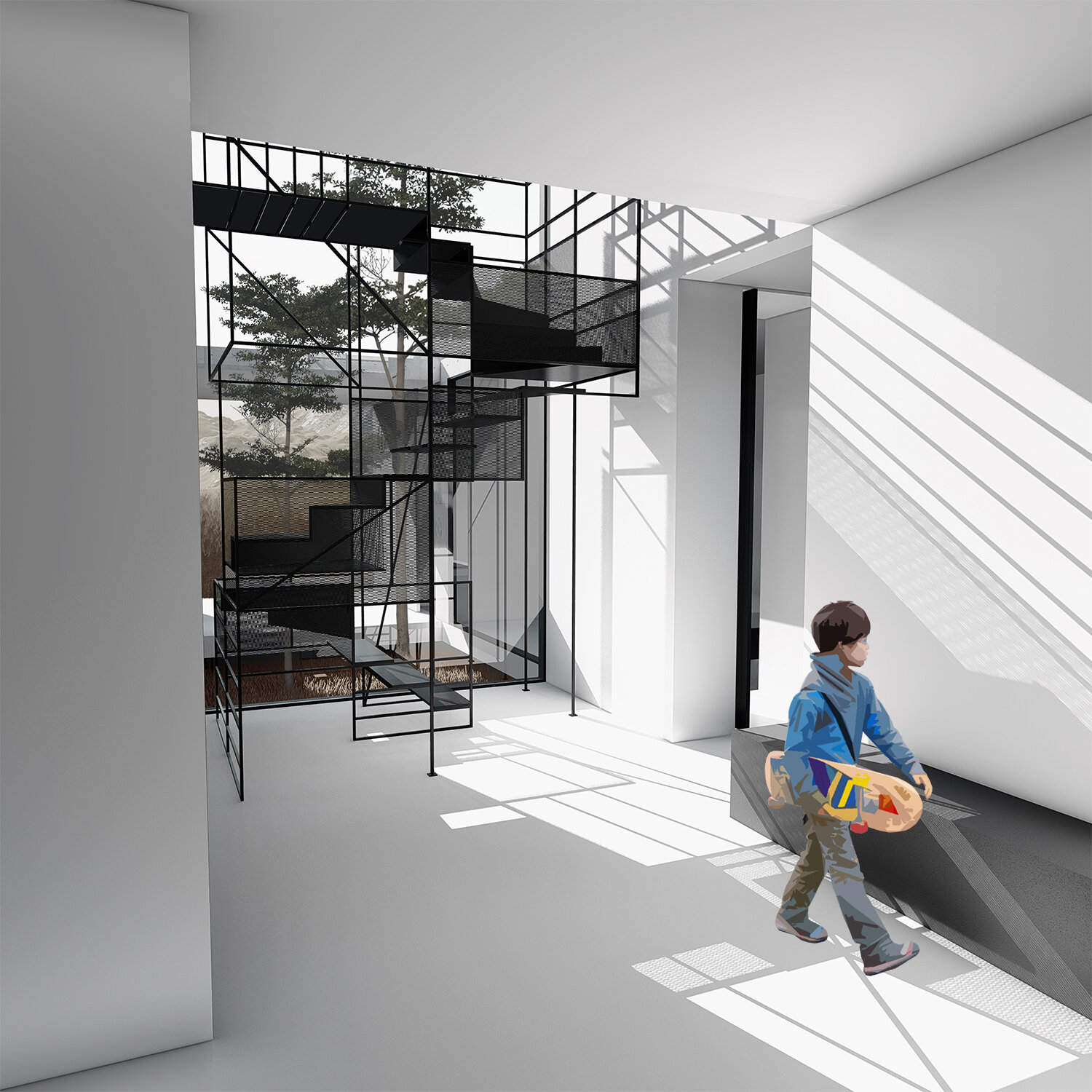 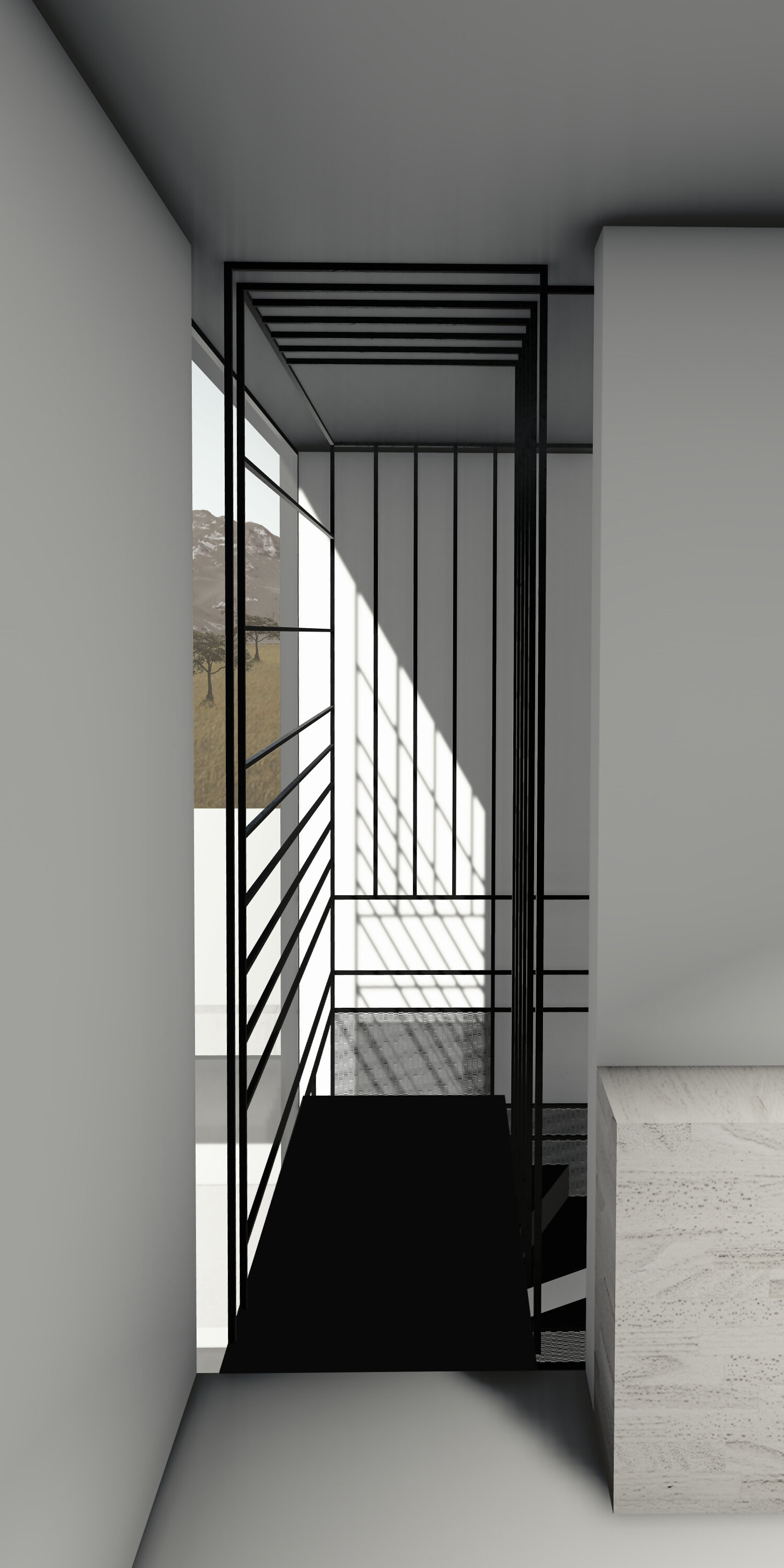