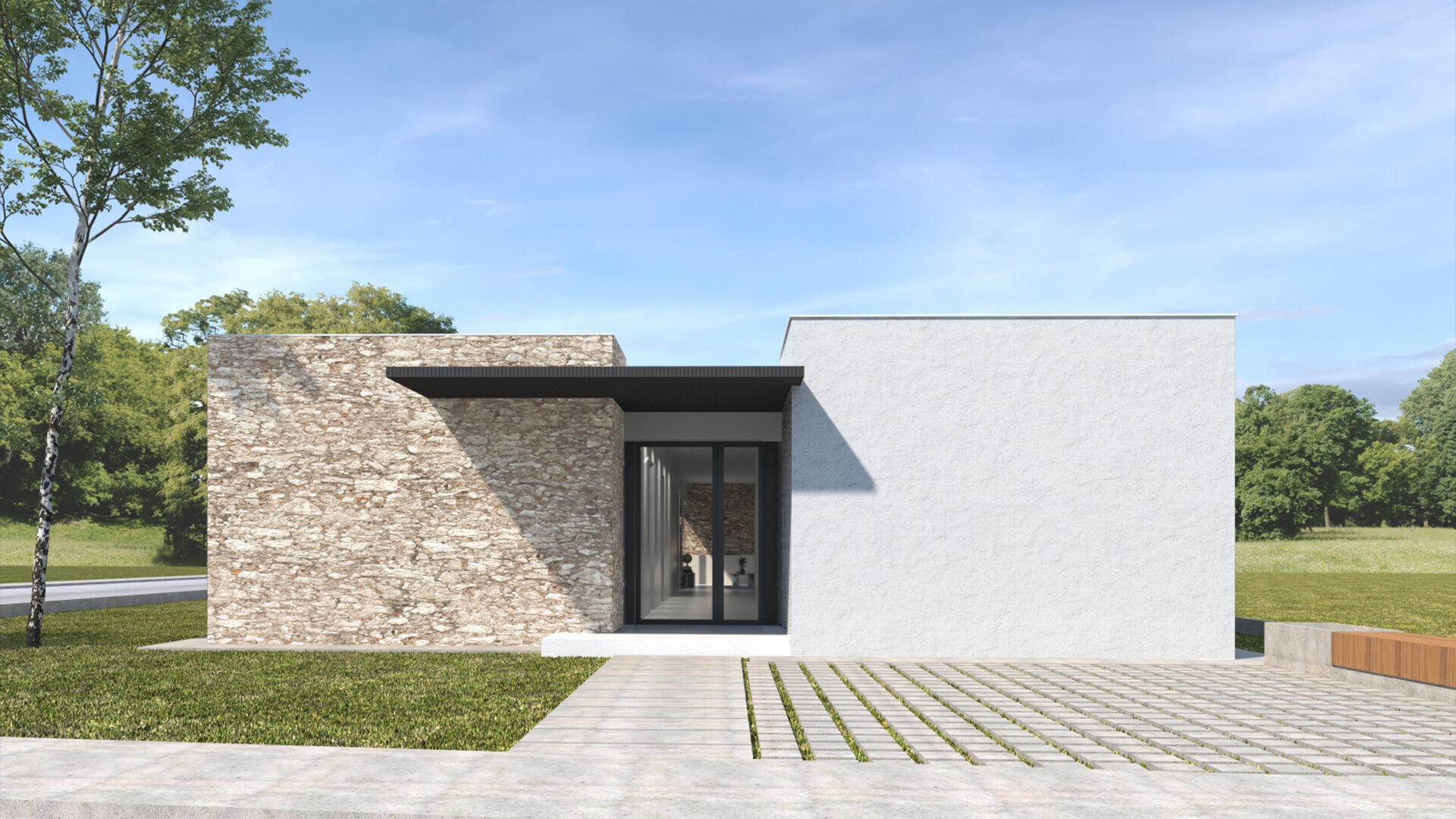 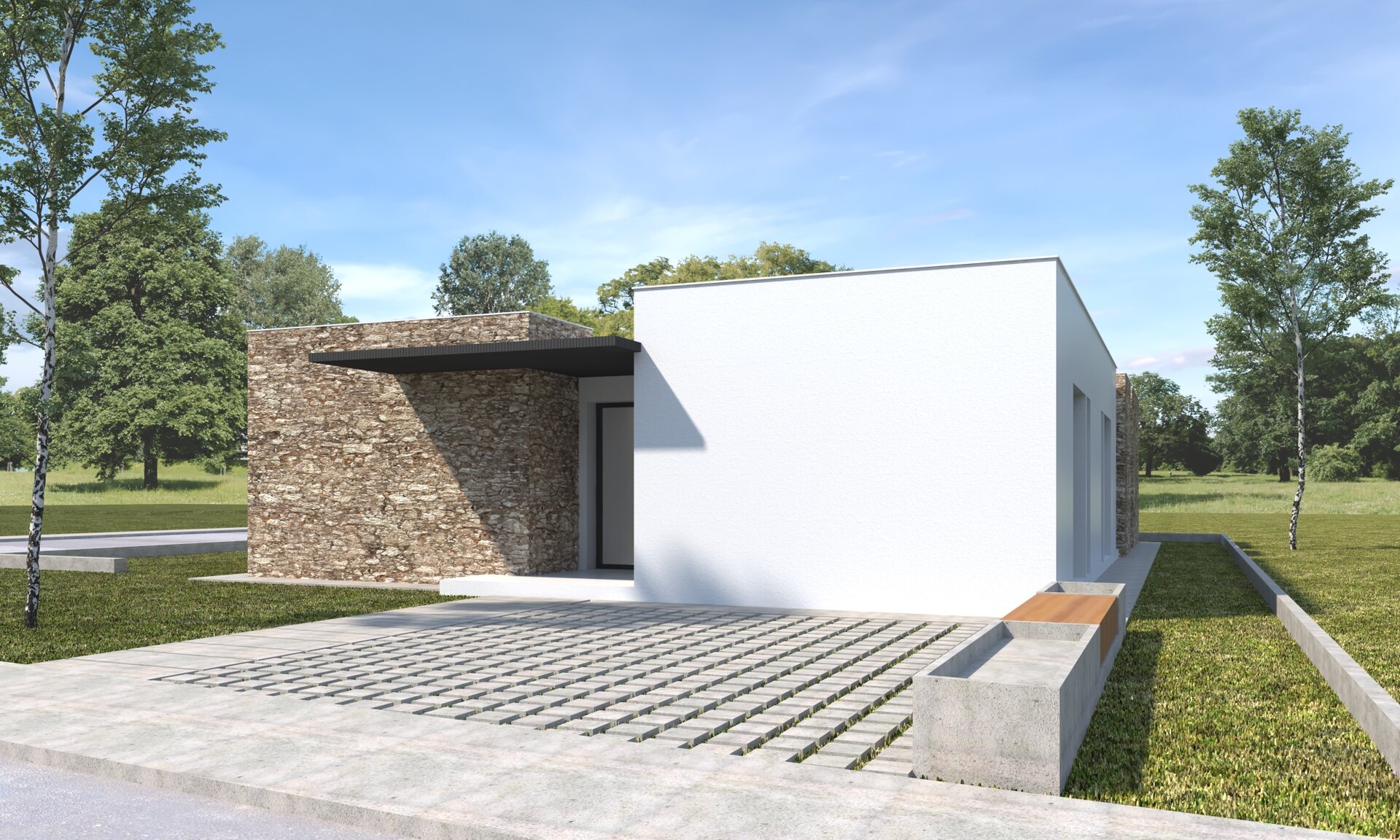 The project is located in Vama Veche, Constanta County, in a newly created neighborhood in a very quiet area of ​​the town.

After the first visit to the site and after being inspired by this place, the first thought of the client was to create a small shelter where he can take refuge when he wants to escape from everyday life for a weekend or, why not , for a summer.

The home is on one level and has the following surfaces.
Ground floor area: 170sqm
Total built area: 170sqm
Usable area: 130sqm

This house will be a metal construction, prefabricated entirely in the factory based on the project and mounted on site by the manufacturer.
The construction will be made on a frame structure made of galvanized steel profiles with thin walls, on which, at the request of the beneficiary, the NZEB (near zero energy building) concept was implemented. The frame structure will allow a relatively small intervention on the ground for the implementation of reinforced concrete foundations, much reduced compared to a house built in the classic masonry and / or reinforced concrete system.
Houses on the metal structure made of cold-processed galvanized steel sheet profiles have several advantages, such as: reduced execution time, low weight of the structure and the house, precision in execution, resistance and stability in time, high resistance to humidity and corrosion, the best choice for energy efficient homes.

The creation of the architectural plan comes to answer to the content of the design theme as well as to the adaptation to the site and to the cardinal points. Because the beneficiary wanted a terrace where he could drink his coffee in the morning and serve breakfast before spending a day at the beach, we positioned a terrace composed of a covered area and an uncovered area in the east side, near the kitchen. Thus, every morning spent on the terrace of the house turns into a pleasant ritual of batteries charging for the whole day. Also, the ground floor will host 4 bedrooms with private bathroom, and a common generous living room, complete with an open kitchen to allow socialization of those who will use the building.
Due to its location on the seafront, most of the activity will take place outside, as a result, next to the generous covered terrace, a barbecue area and a Jacuzzi have been designed.

After a few hours spent on the beach in the area, the sea became the main inspiration for the way we chose to treat the volume and exterior finishes of the house. The house has a simple shape, consisting of two parallelepipeds that have a common area that connects them. The common area, which is marked by an attic below the two adjacent volumes is actually a median circulation that crosses the house from the entrance, to the bedrooms and to the living area, a generous living room, a dining area and an open kitchen.
The finishes have been designed so that the construction reflects the materials specific to the area, both in texture and color. 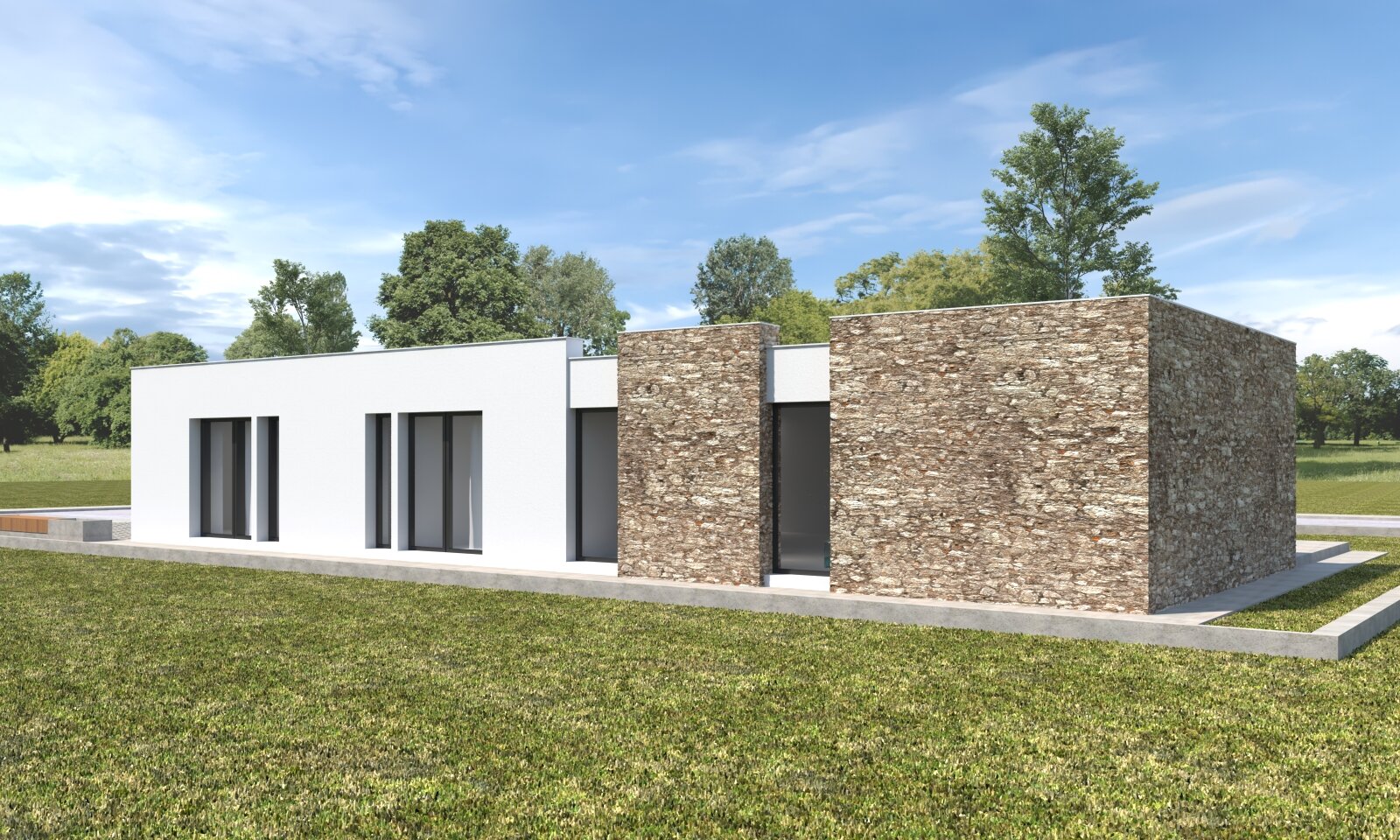 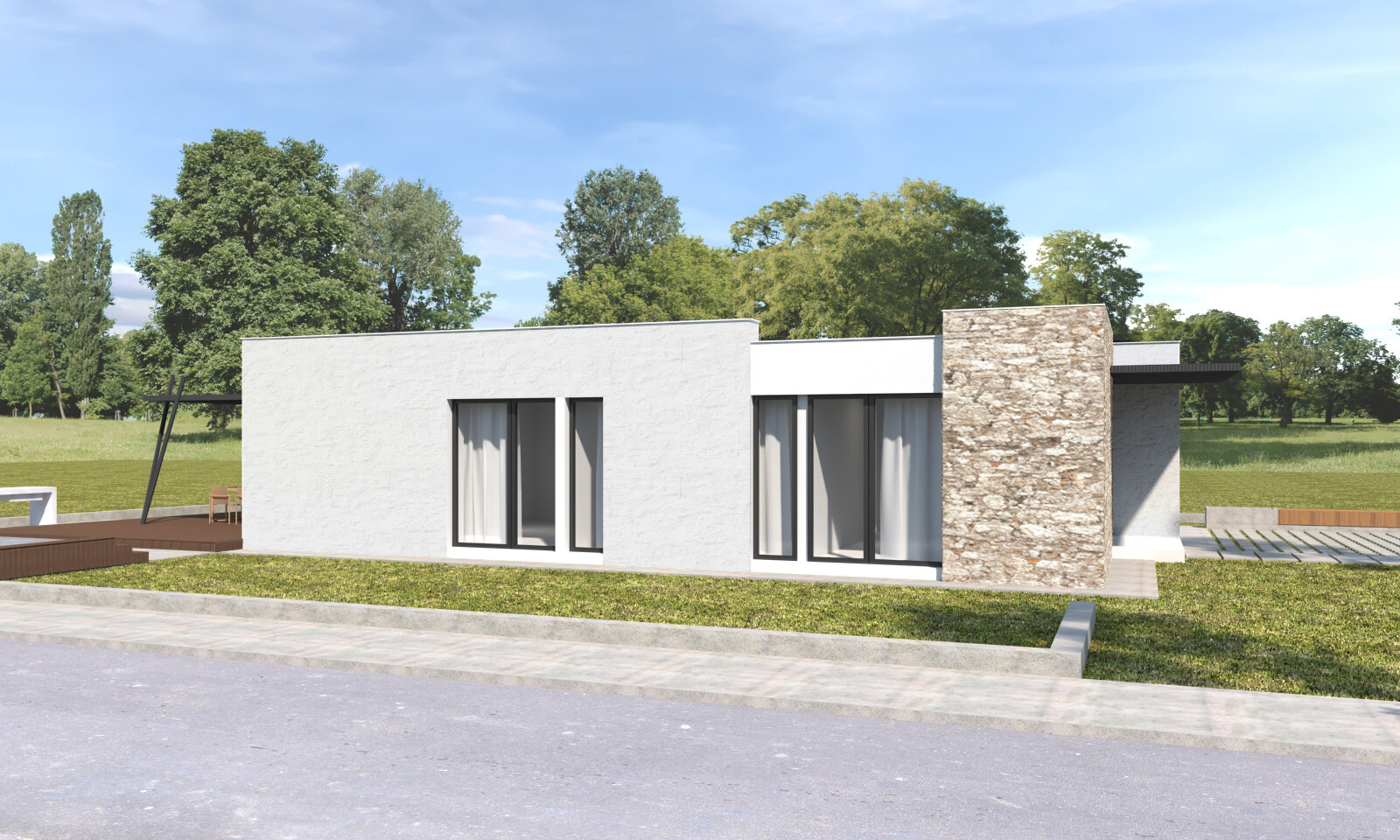 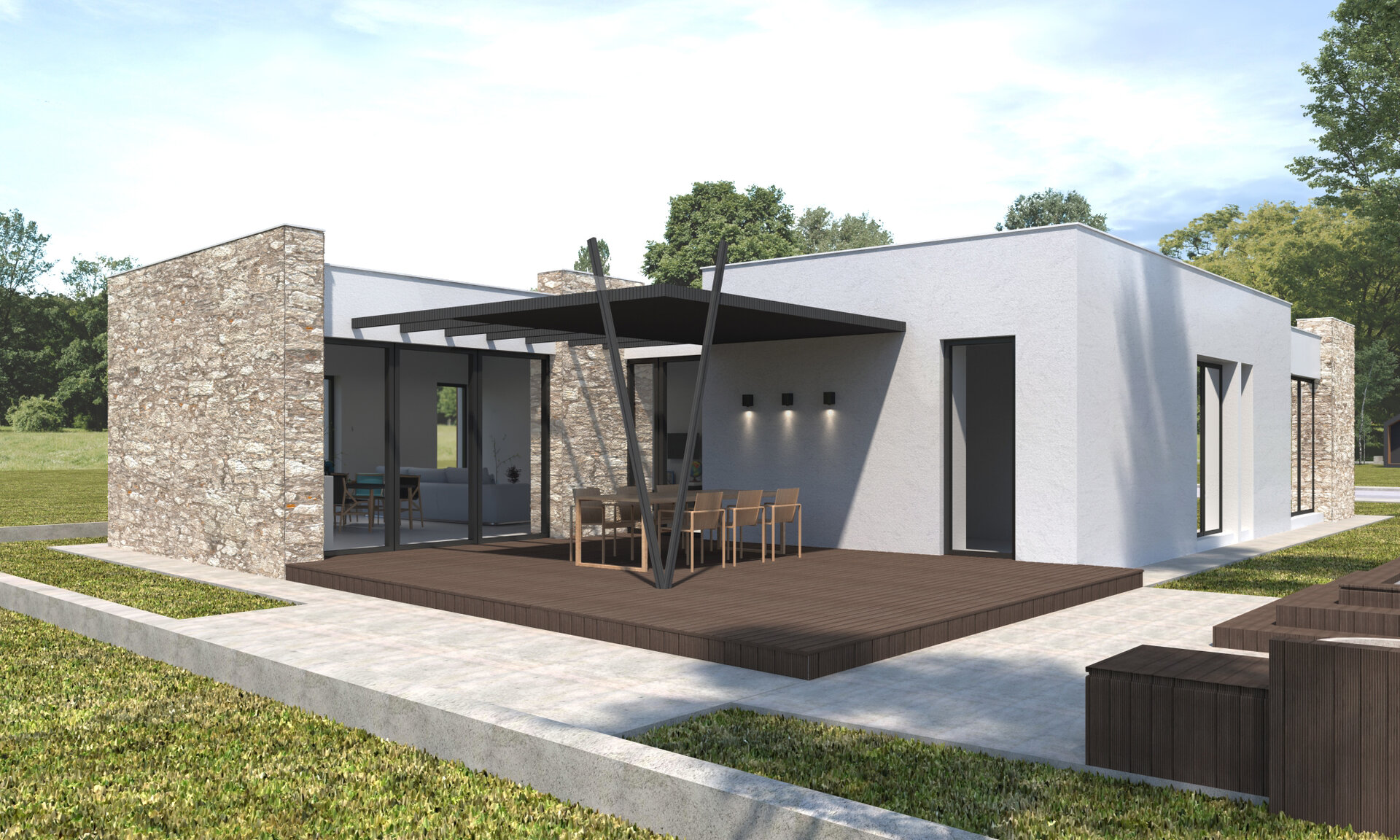 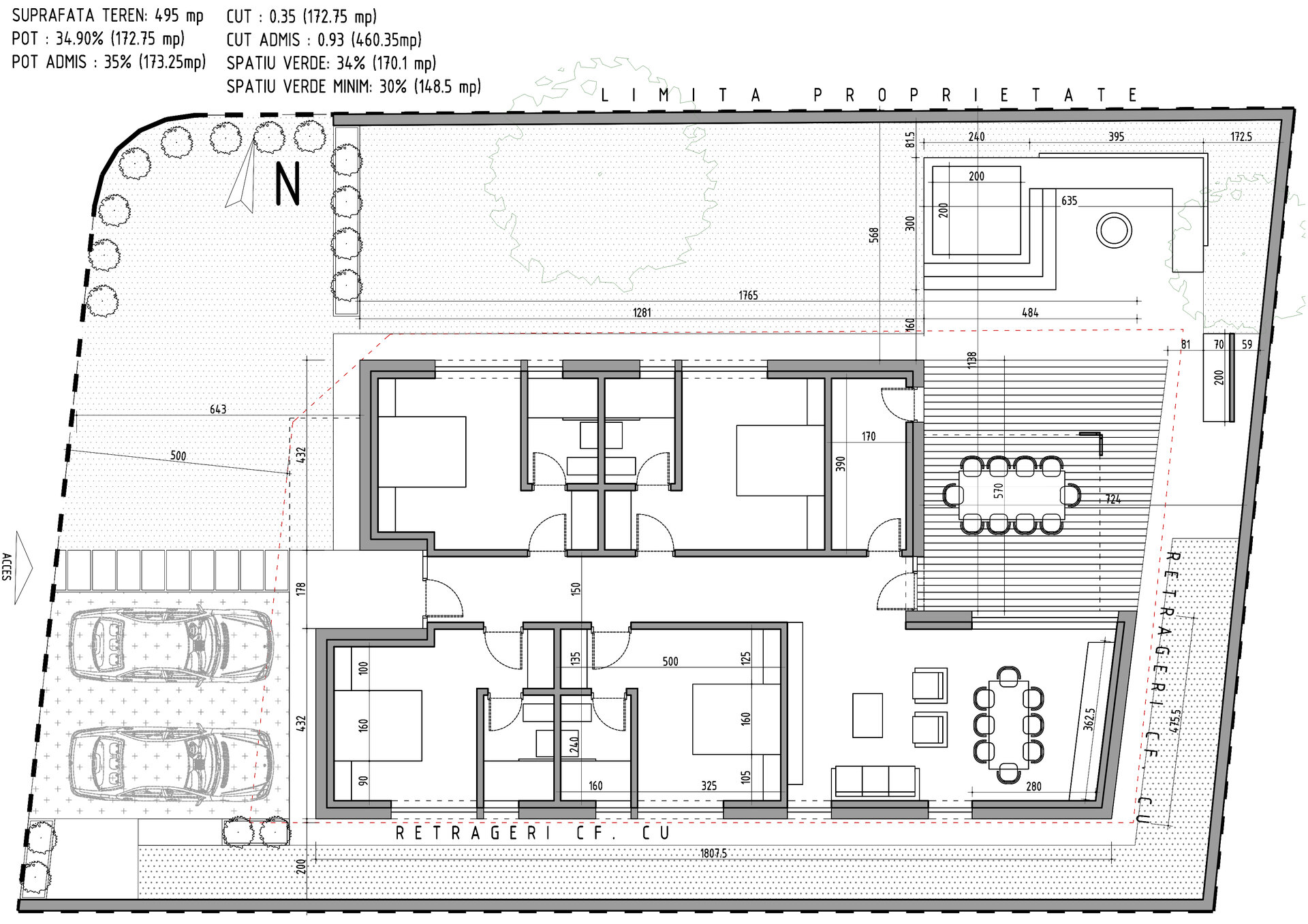 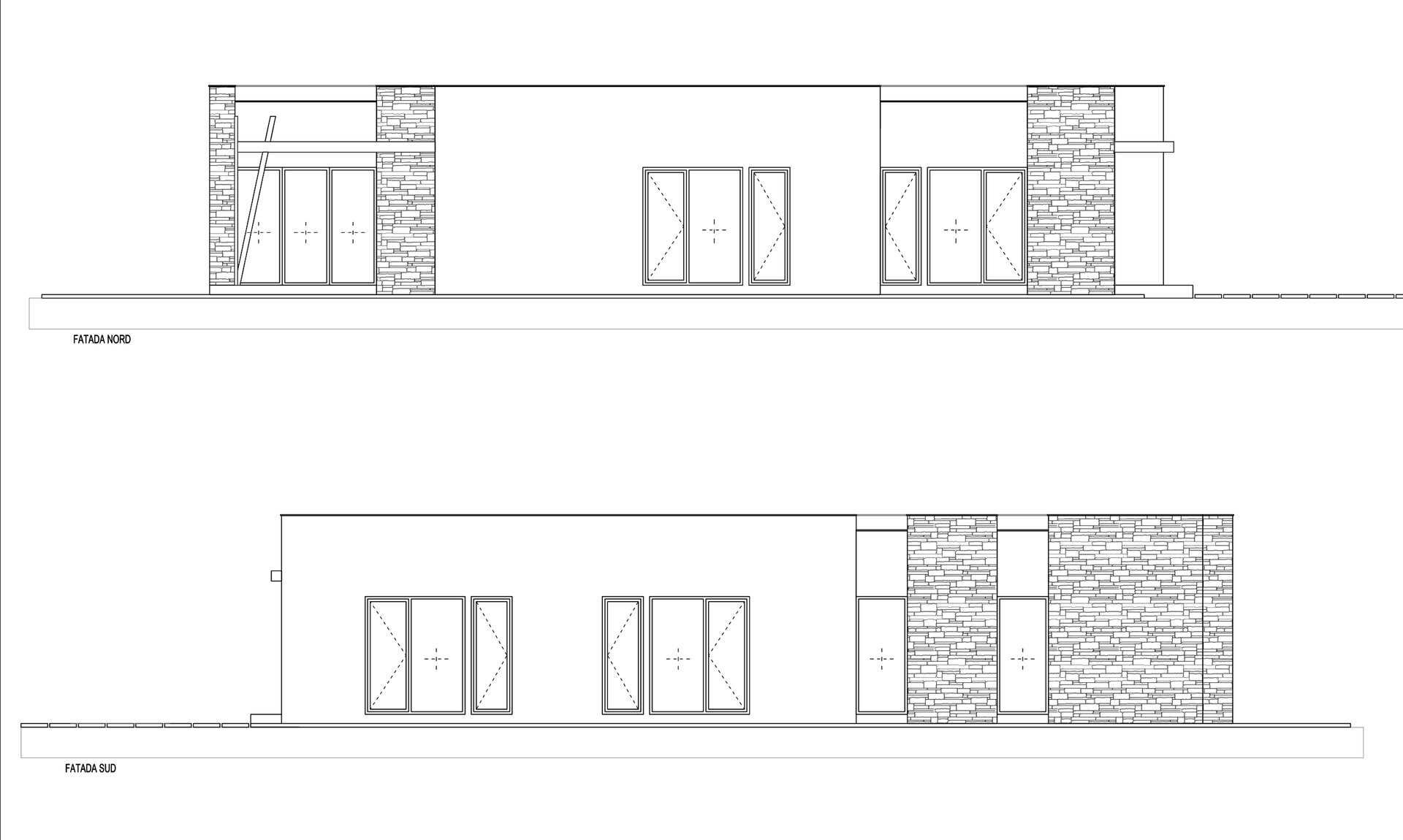 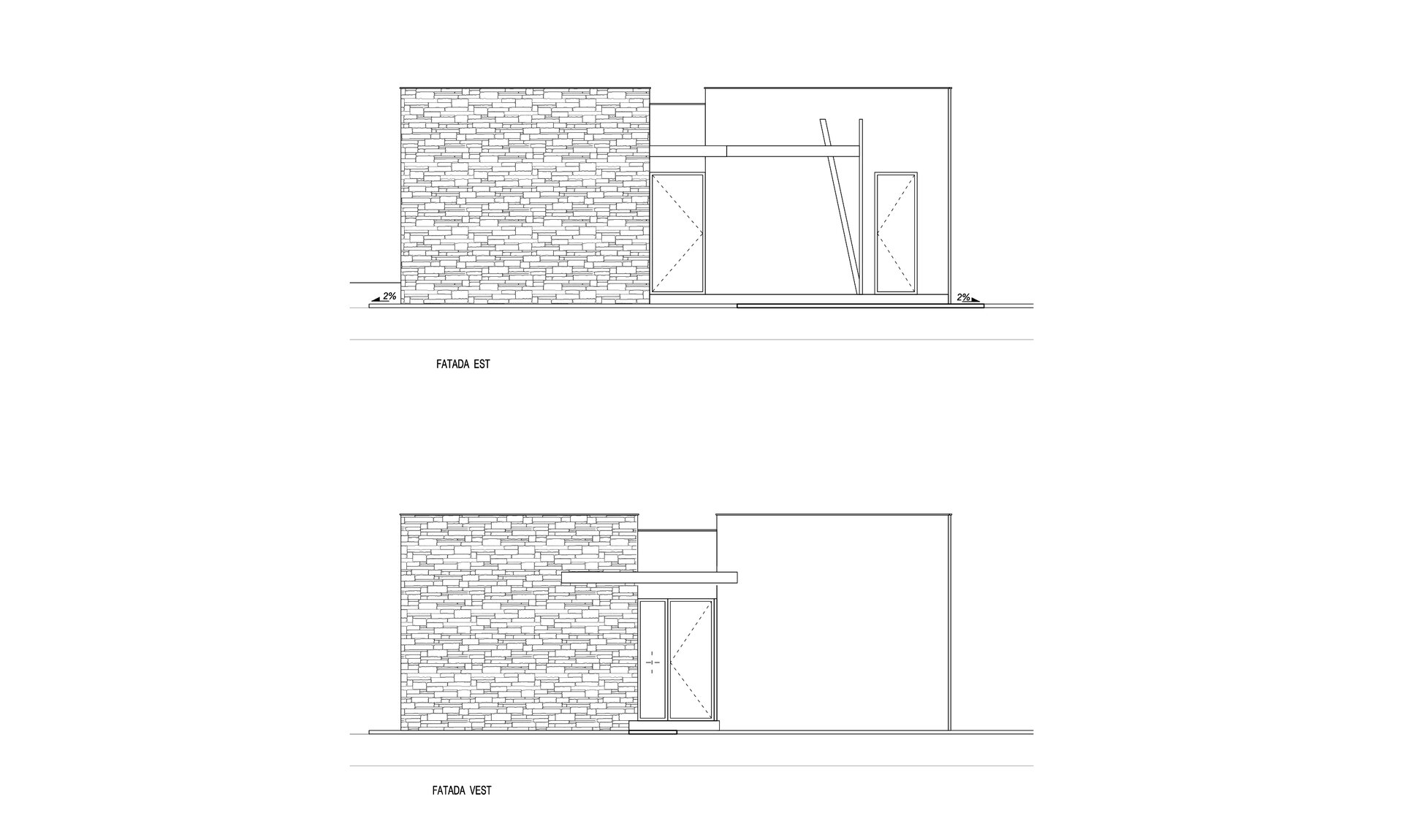