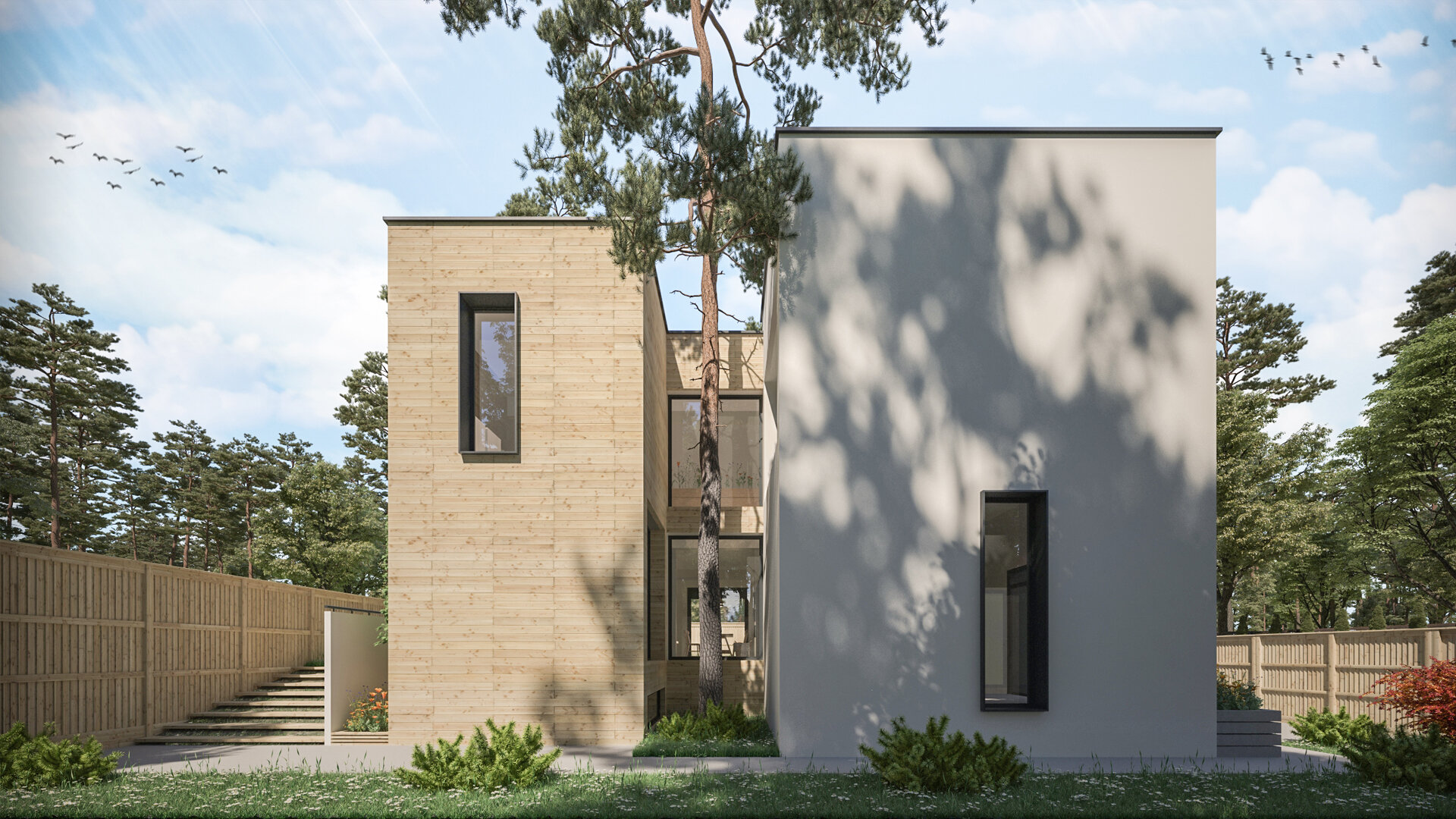 House with a tree 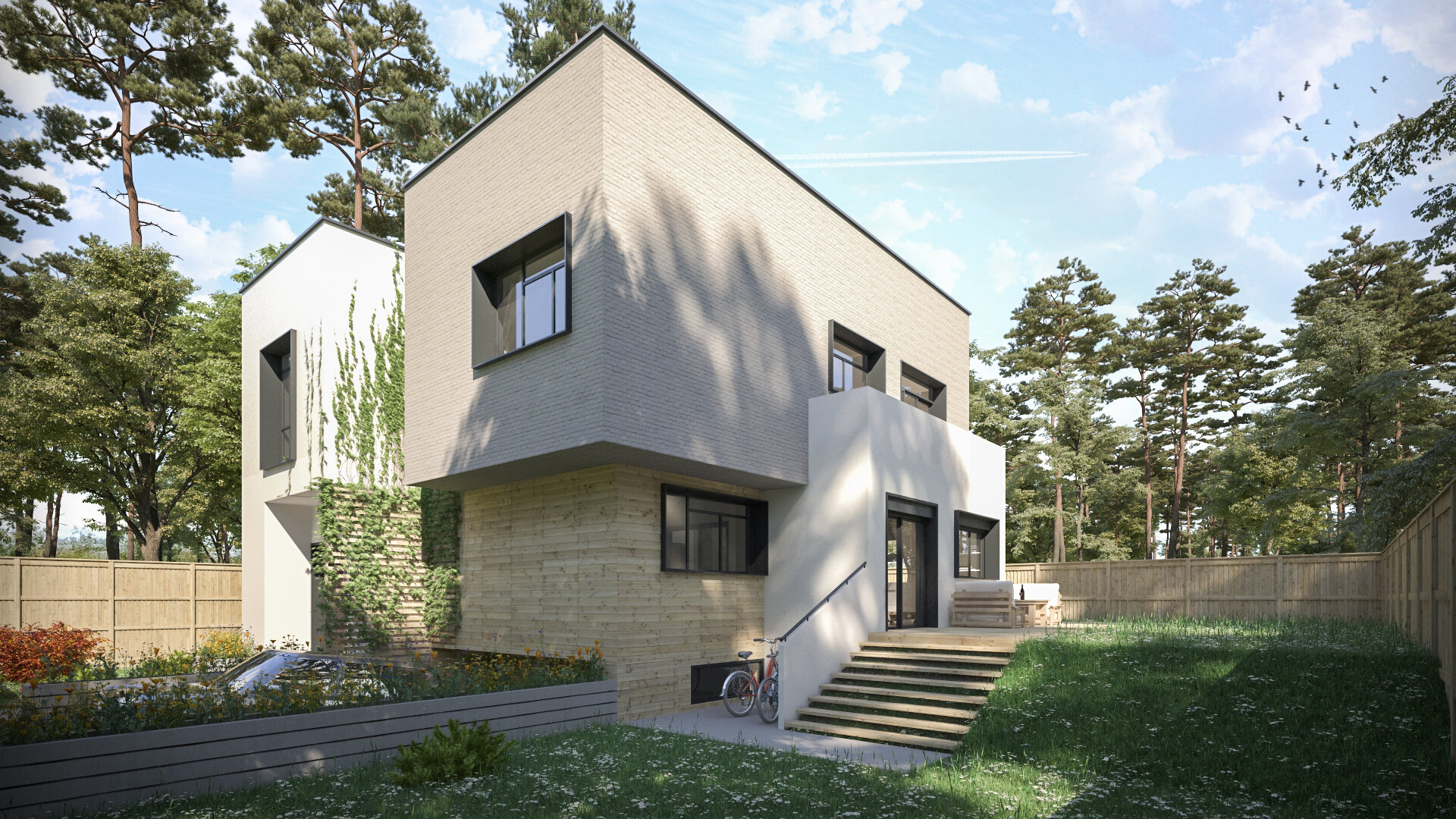 Located in Voluntari, in an area with few neighbors and no architectural context, the proposed home was formed by modeling the spaces and volumes, like a piece of plasticine, around the needs of the family. Overall, a certain shape was not followed, but simply resulted from the combination of several important elements: simplicity, nature, light and comfort. From the design point of view, the house is crossed by two perpendicular axes that are not visible at first sight. In the ground floor plan is a horizontal axis that connects the hidden courtyard with the dining room, the light thus crossing the living area from both East and West, and at the design level a second axis was formed, vertical, through the two opposite wooden grilles, which represent both a practical element, offering privacy to the related spaces, as well as a design element, making a subtle transition from one finish to another and thus connecting different volumes. I chose to play with both the shape of the house and the land, thus forming a common space between the interior space, terrace and nature, which would otherwise have been separated due to the height of the basement and automatically the need to raise the ground floor. 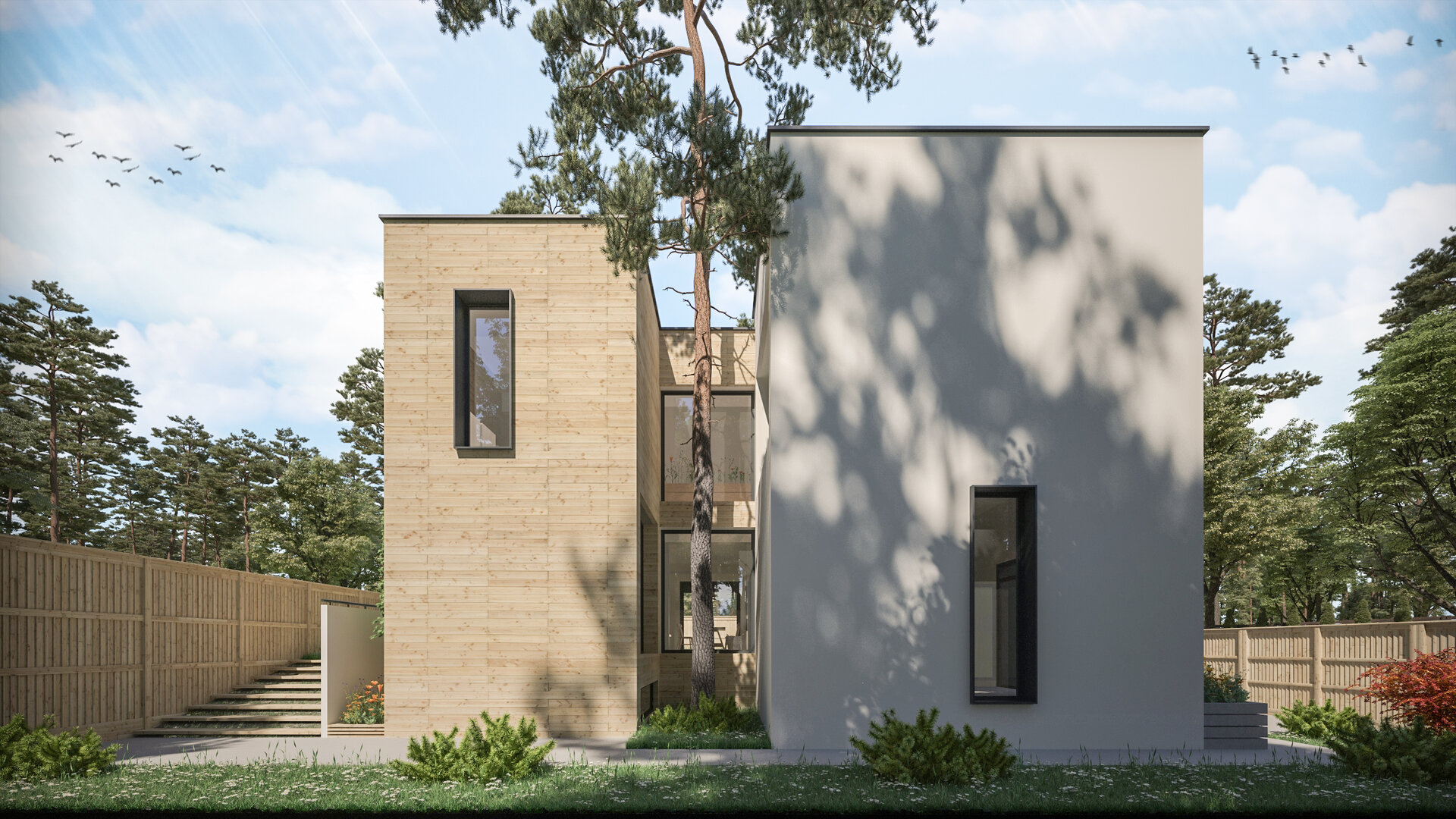 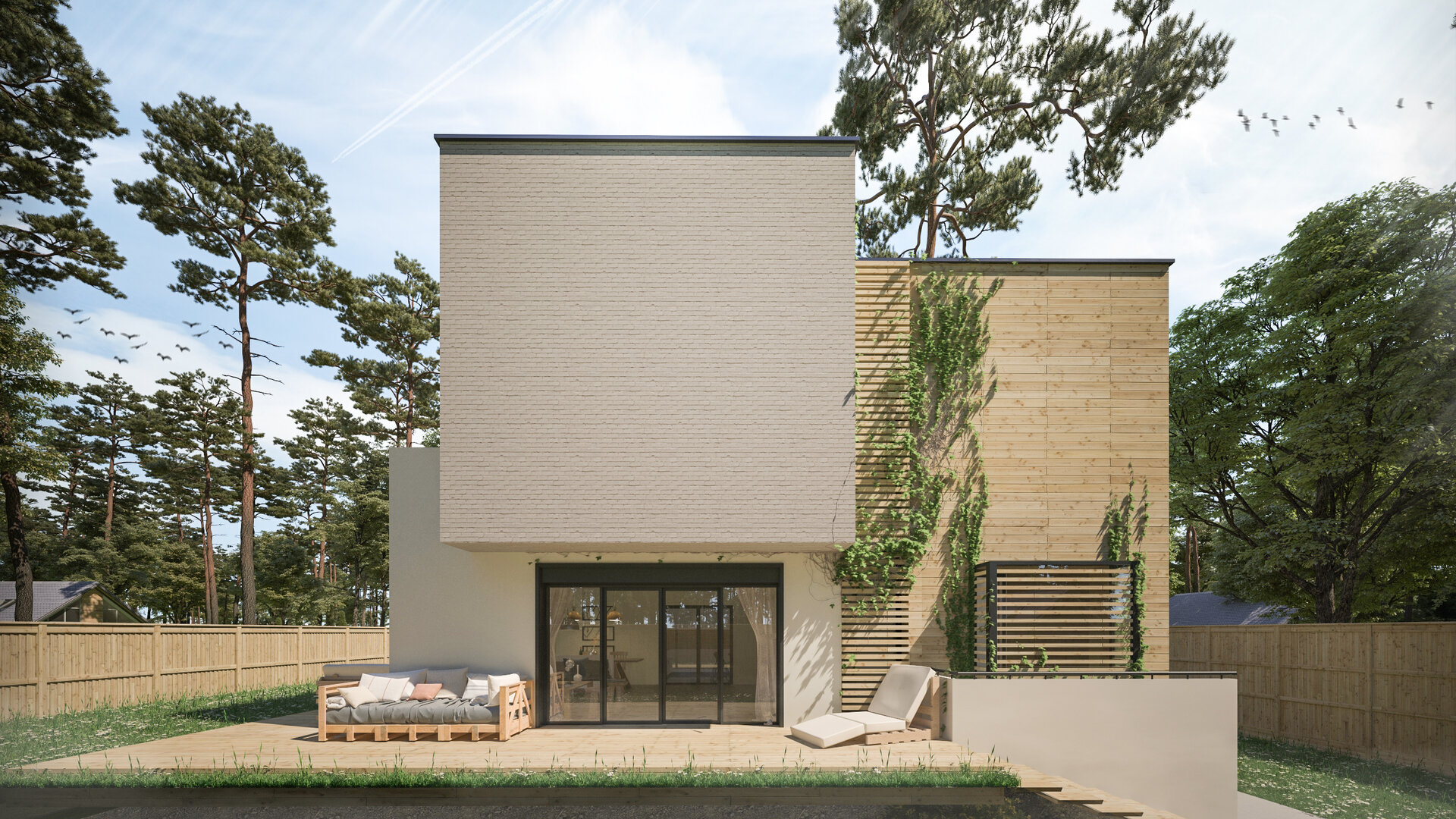 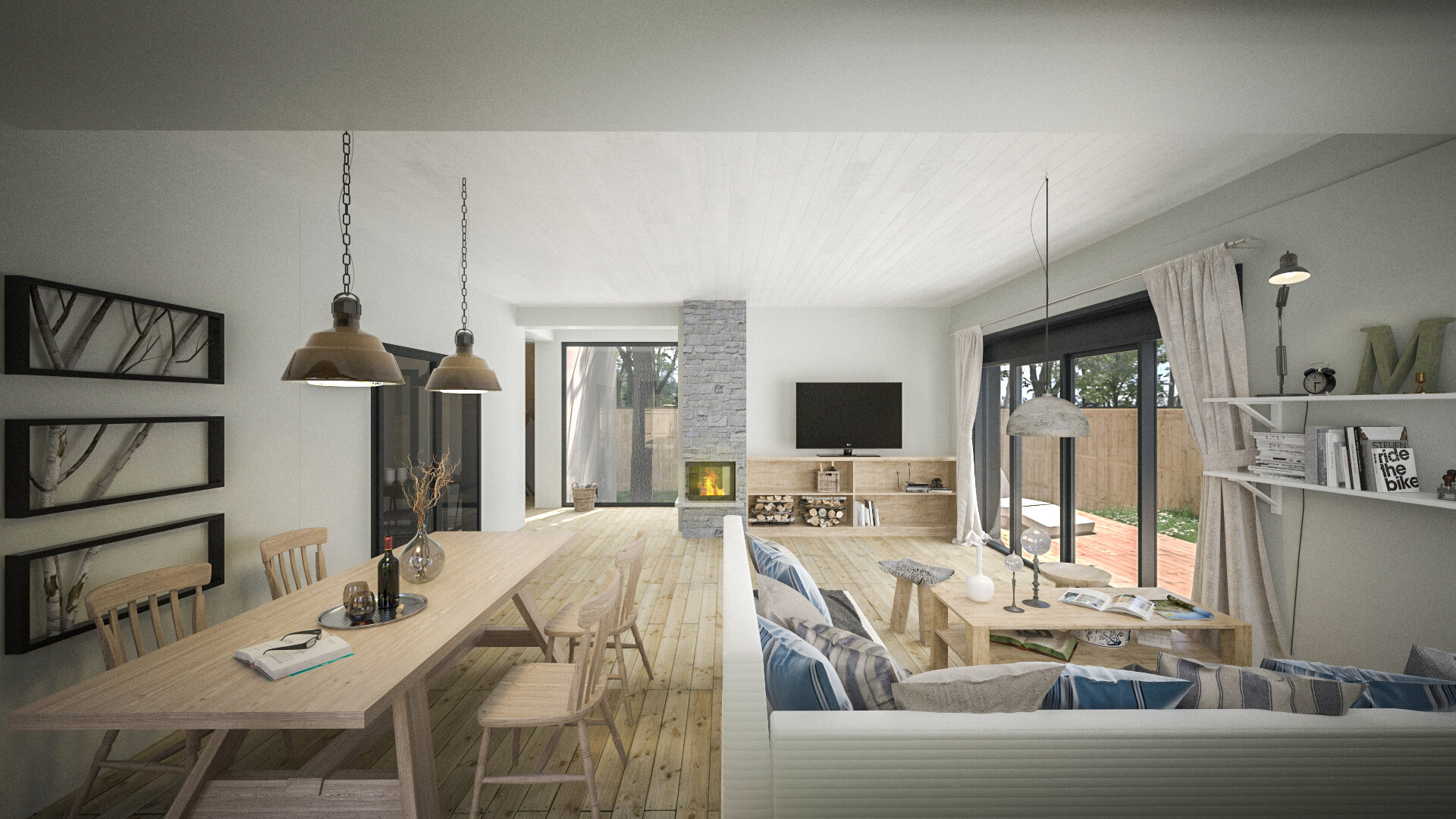 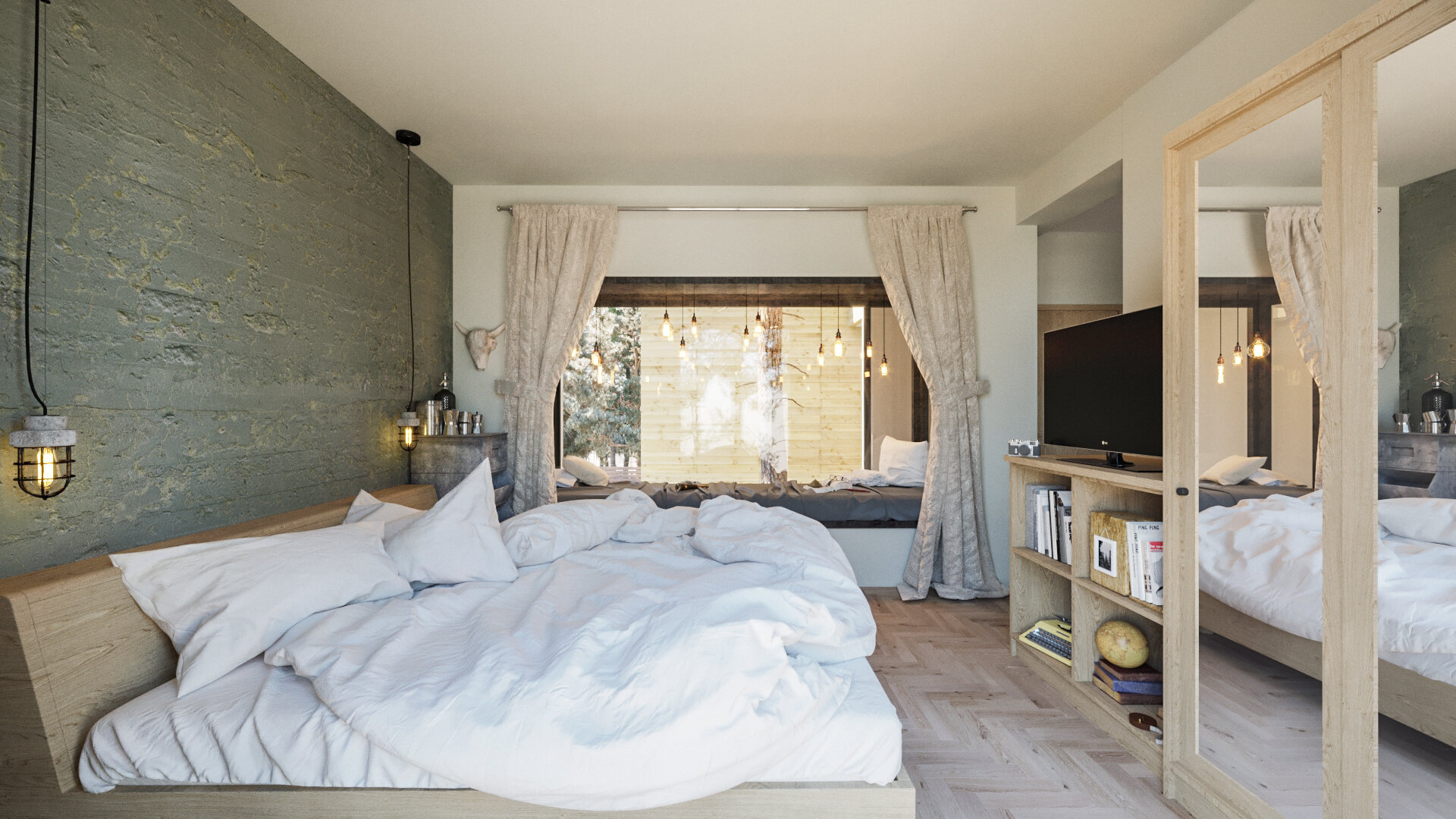 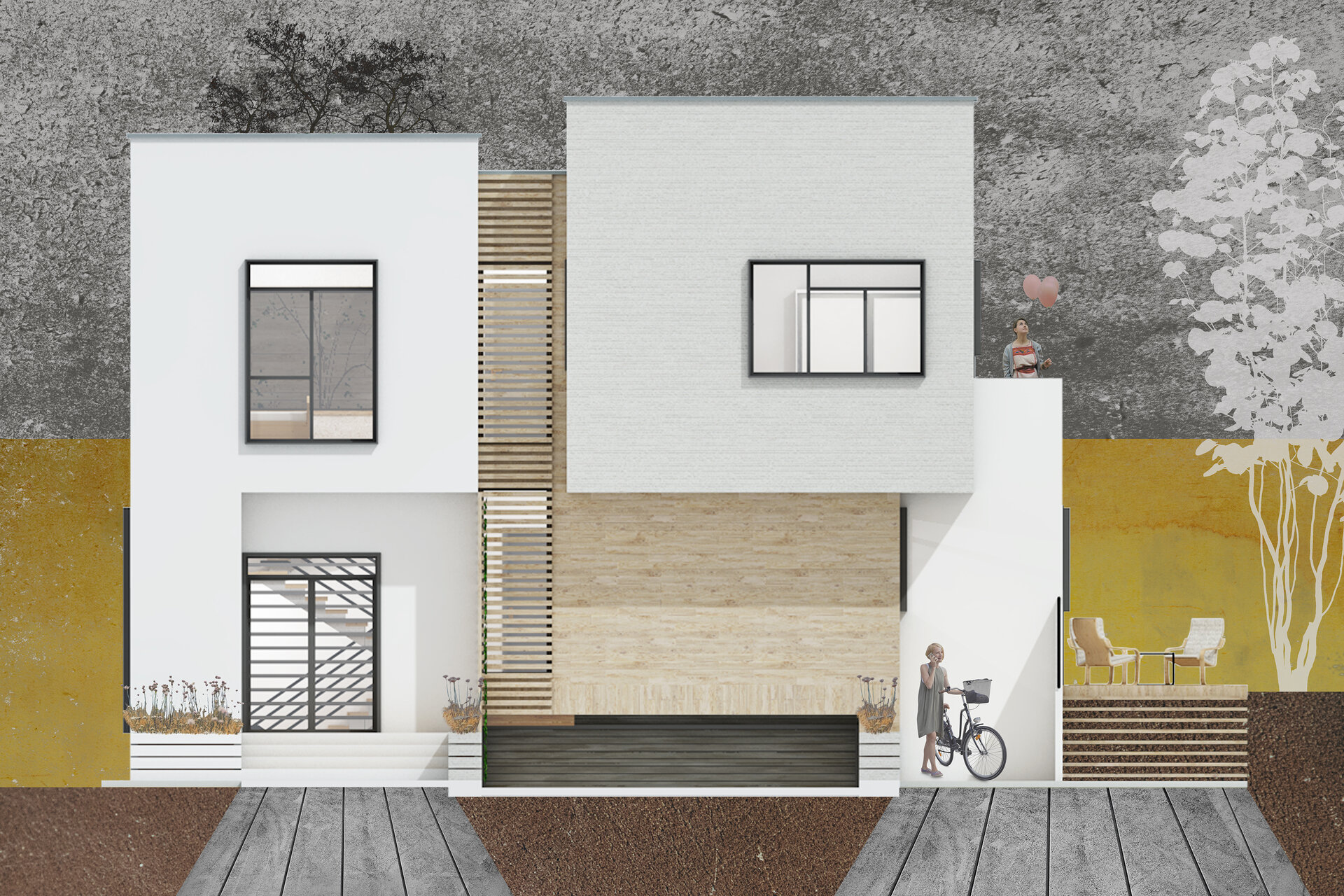 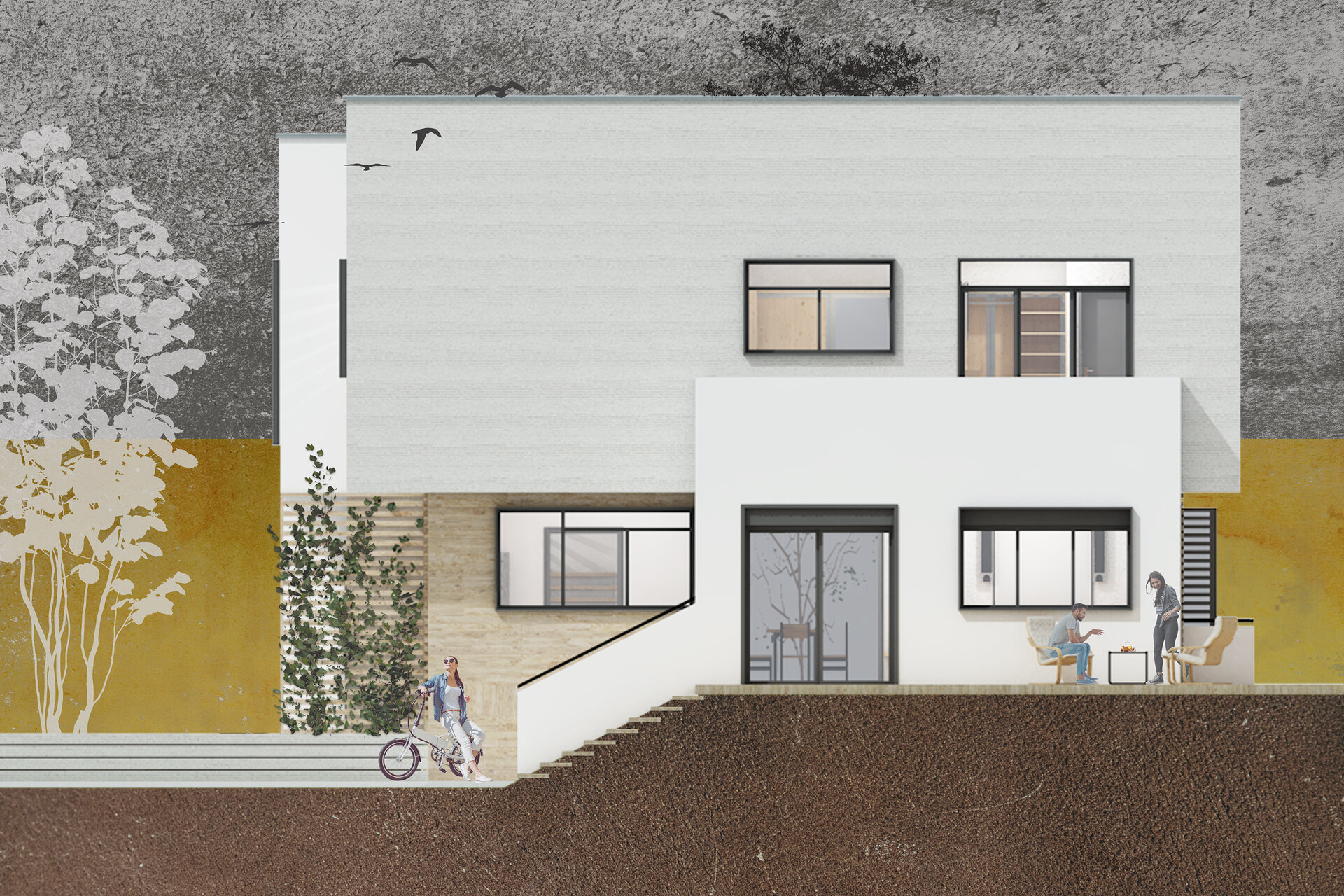 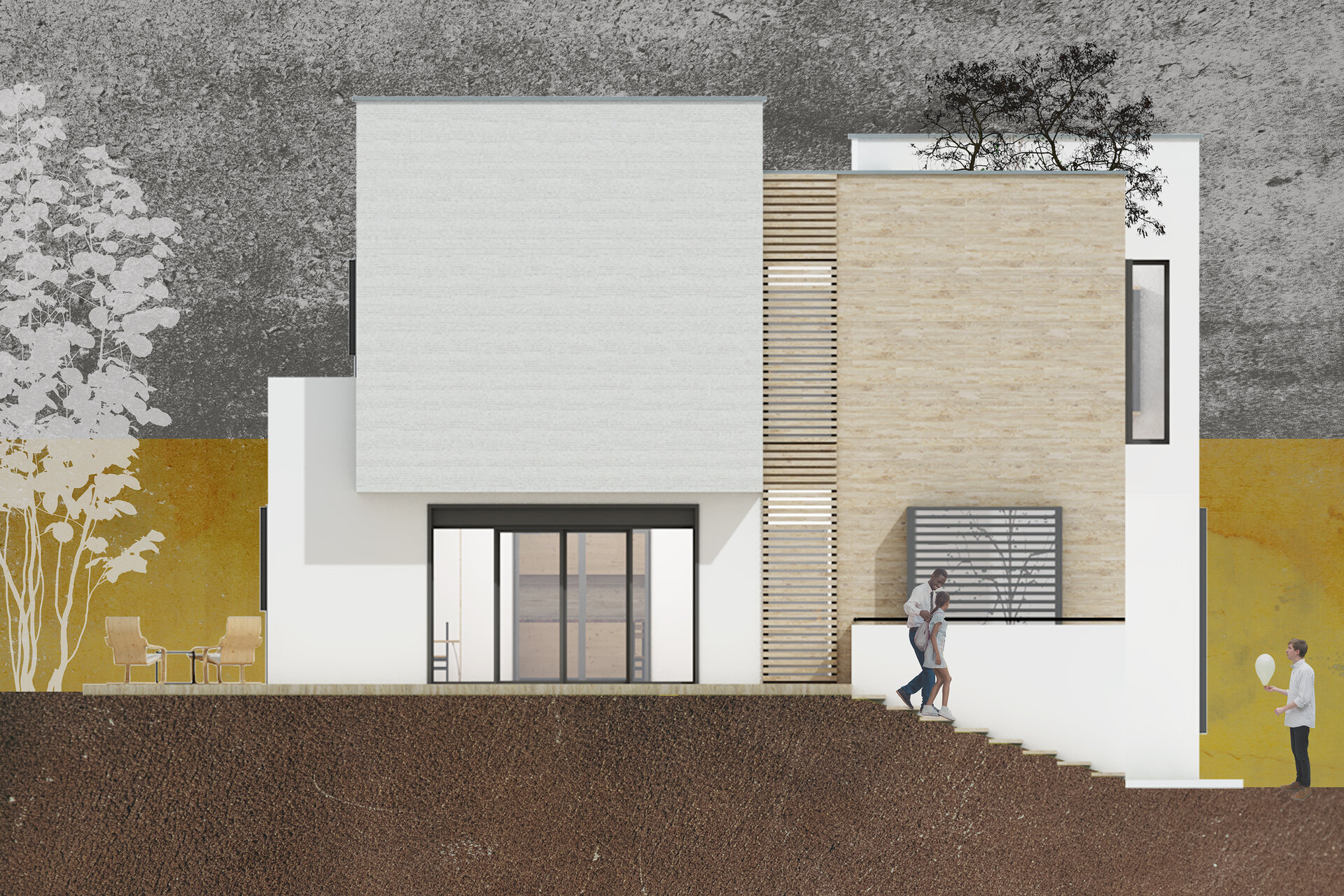 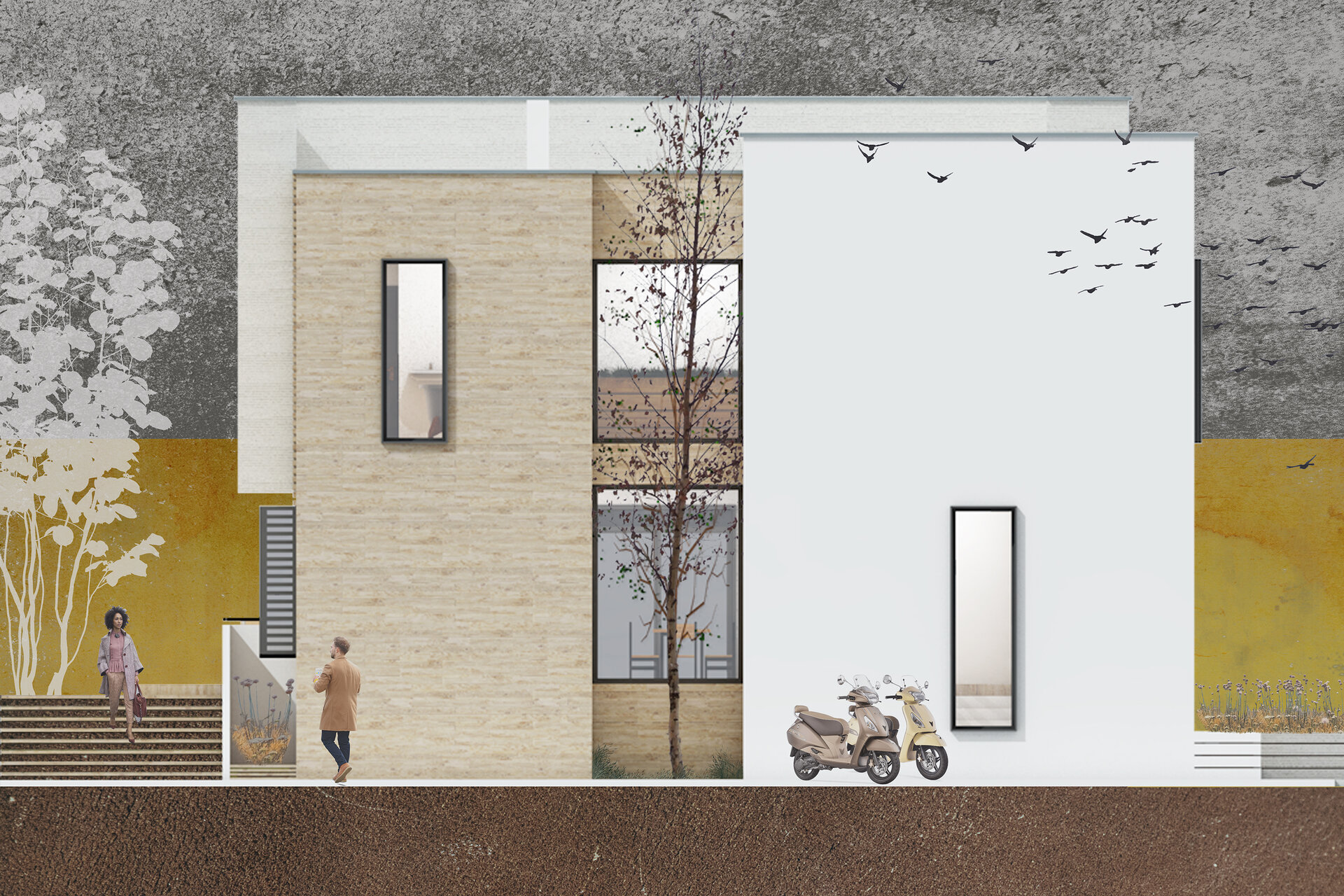 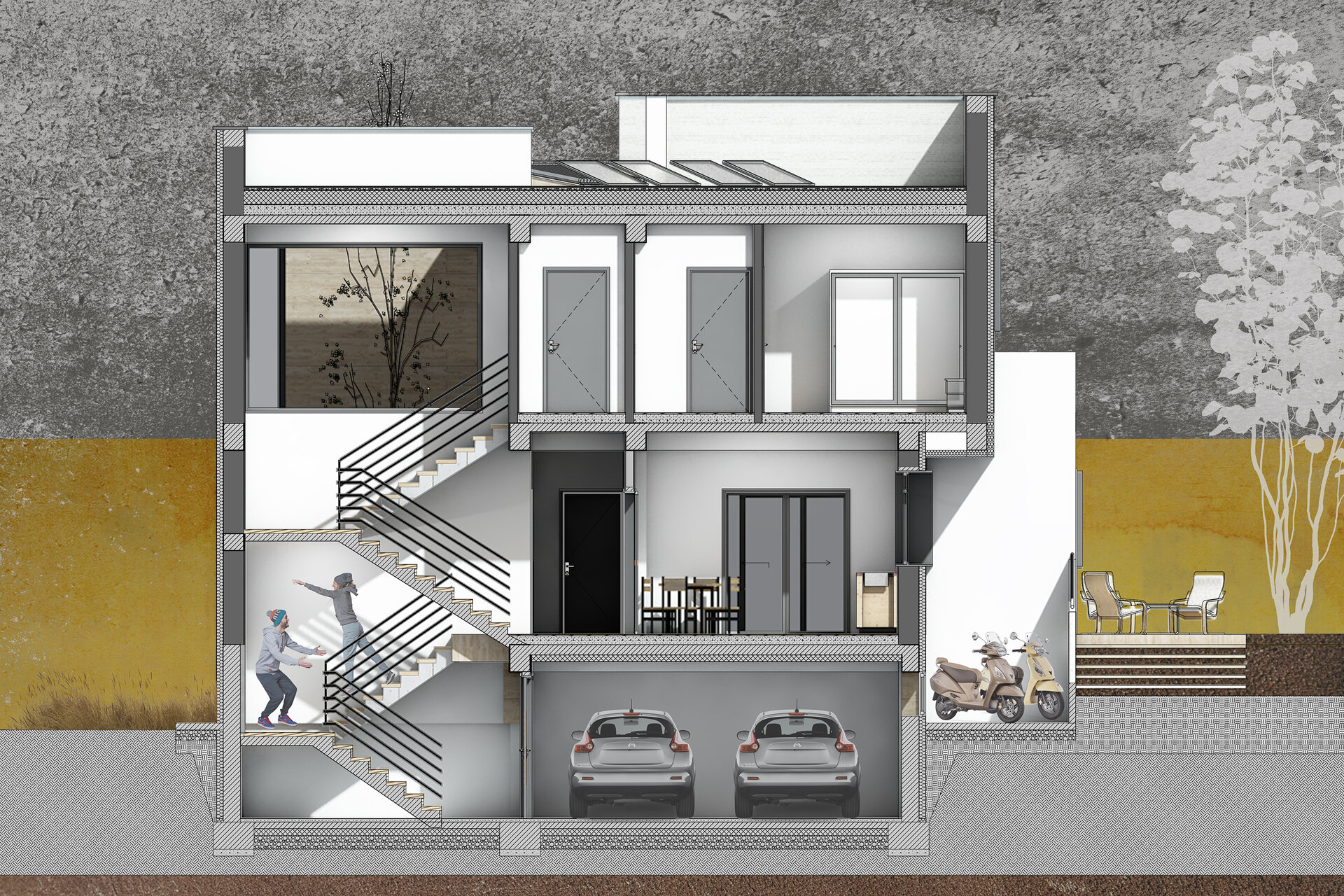 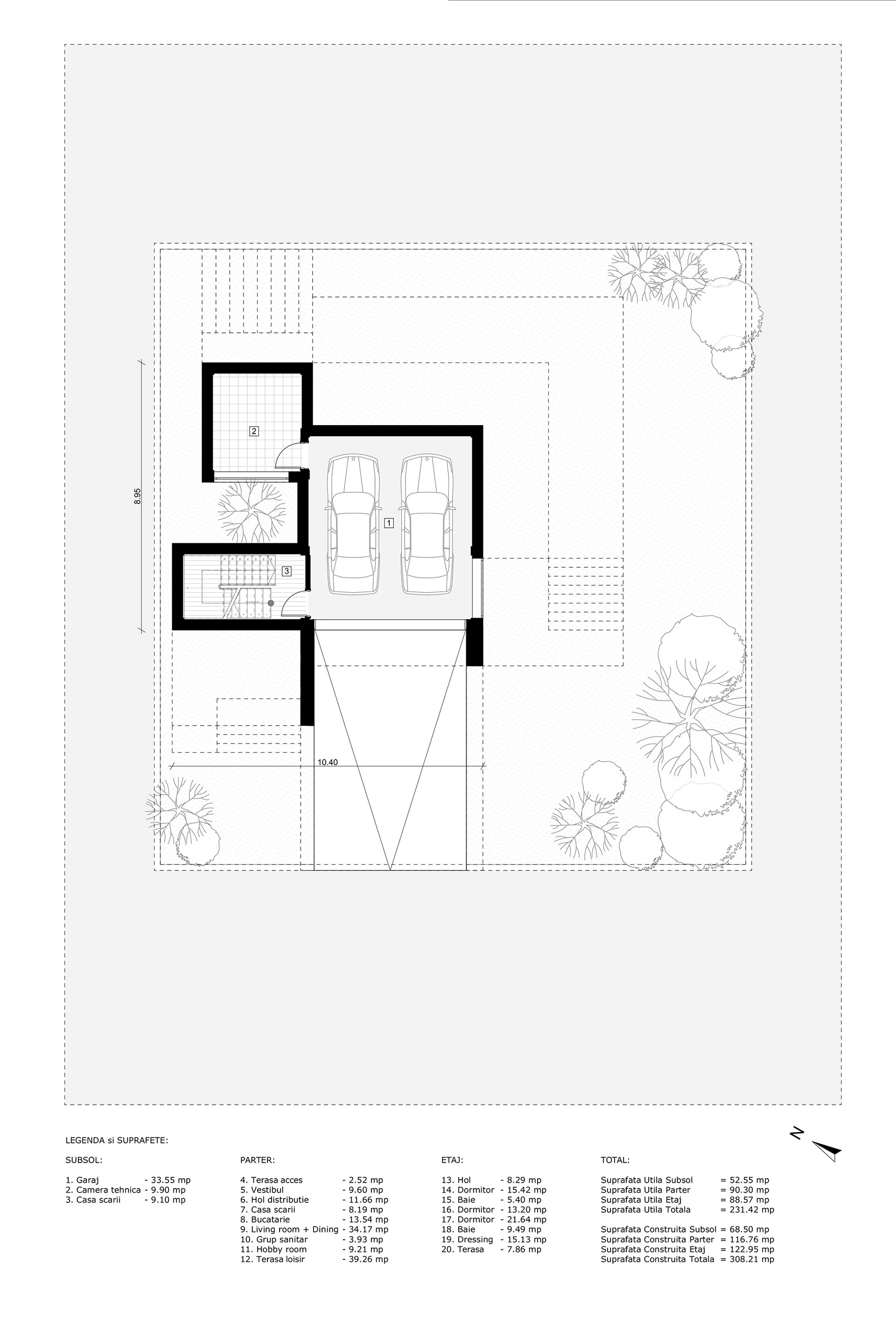 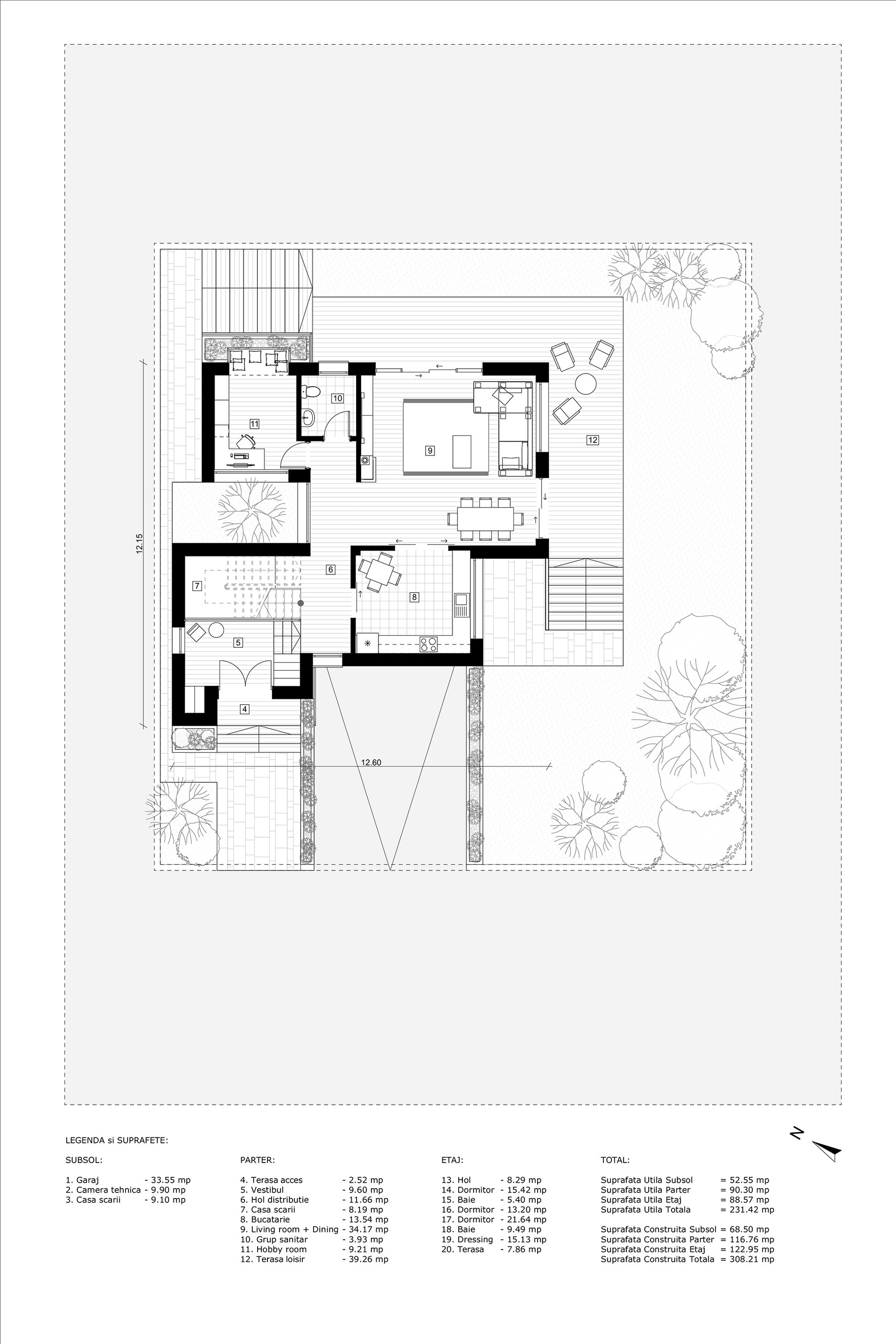 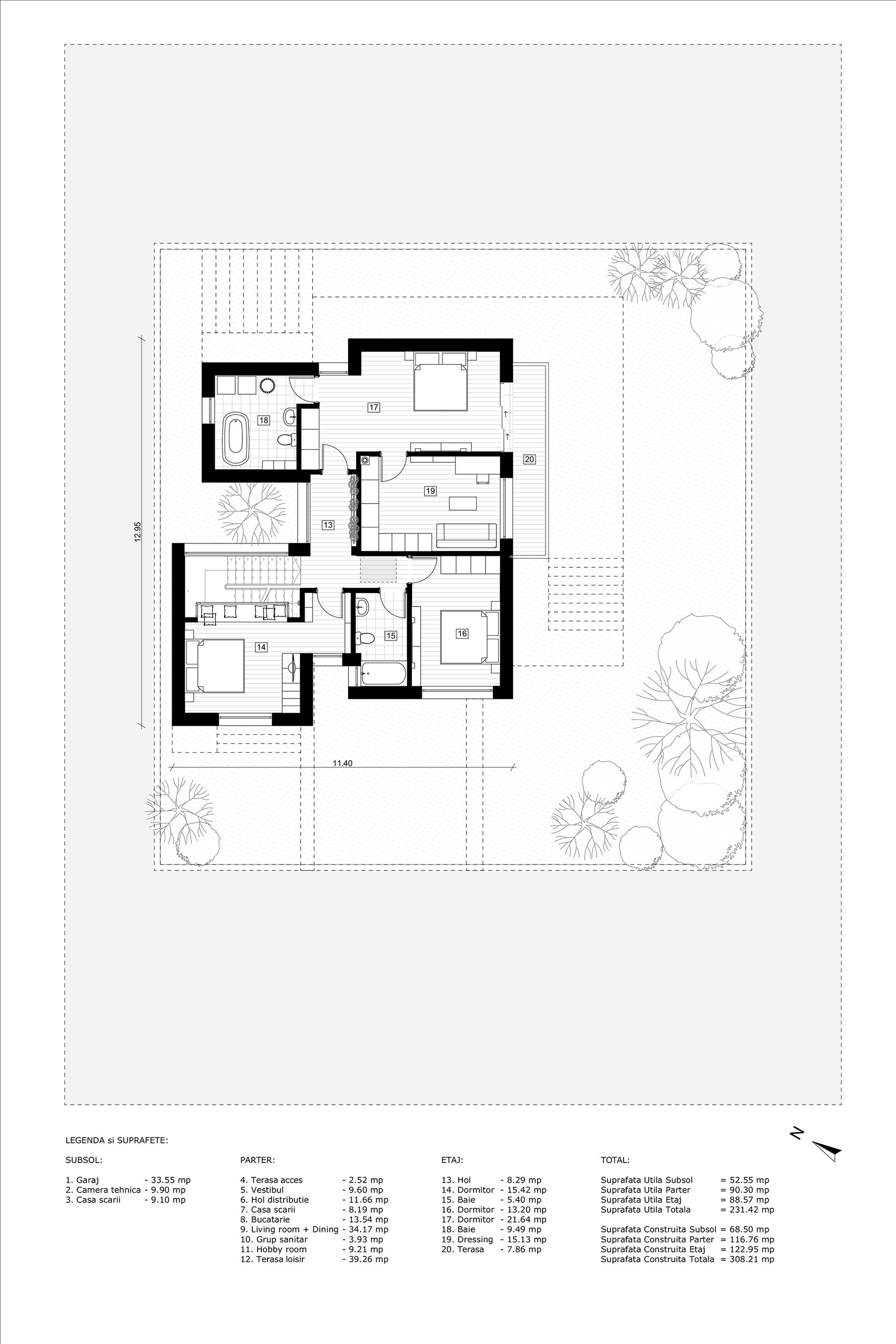 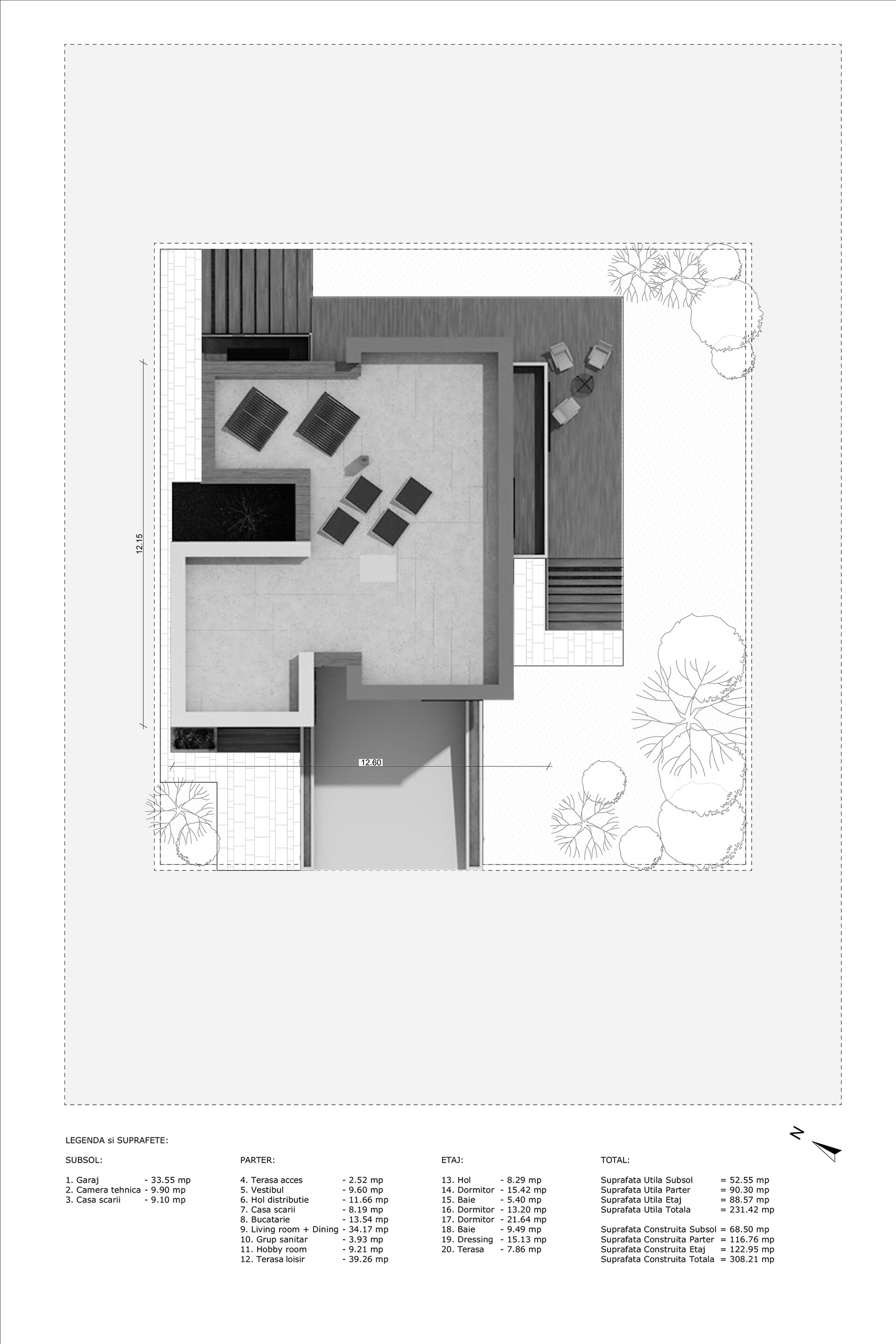