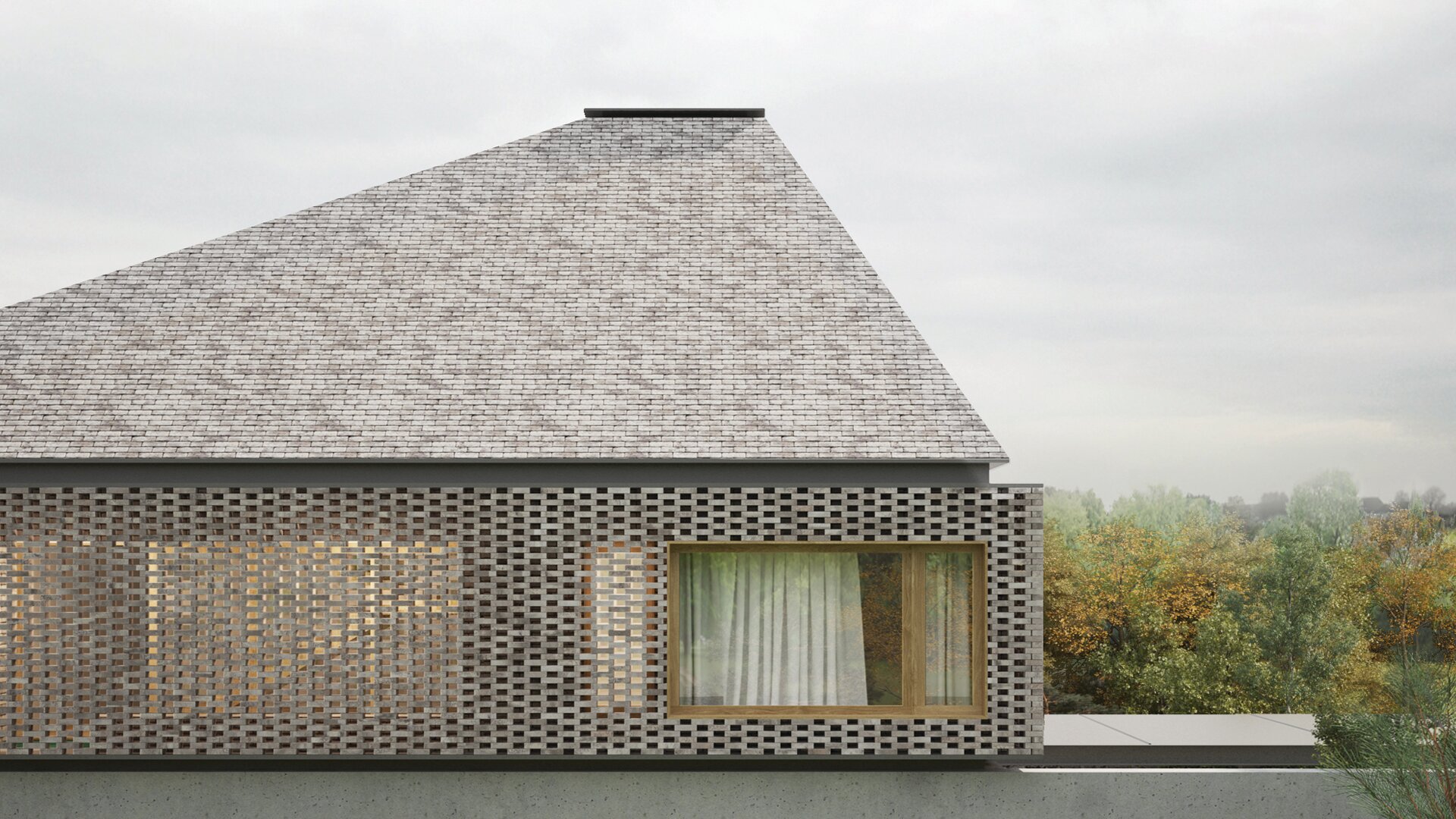 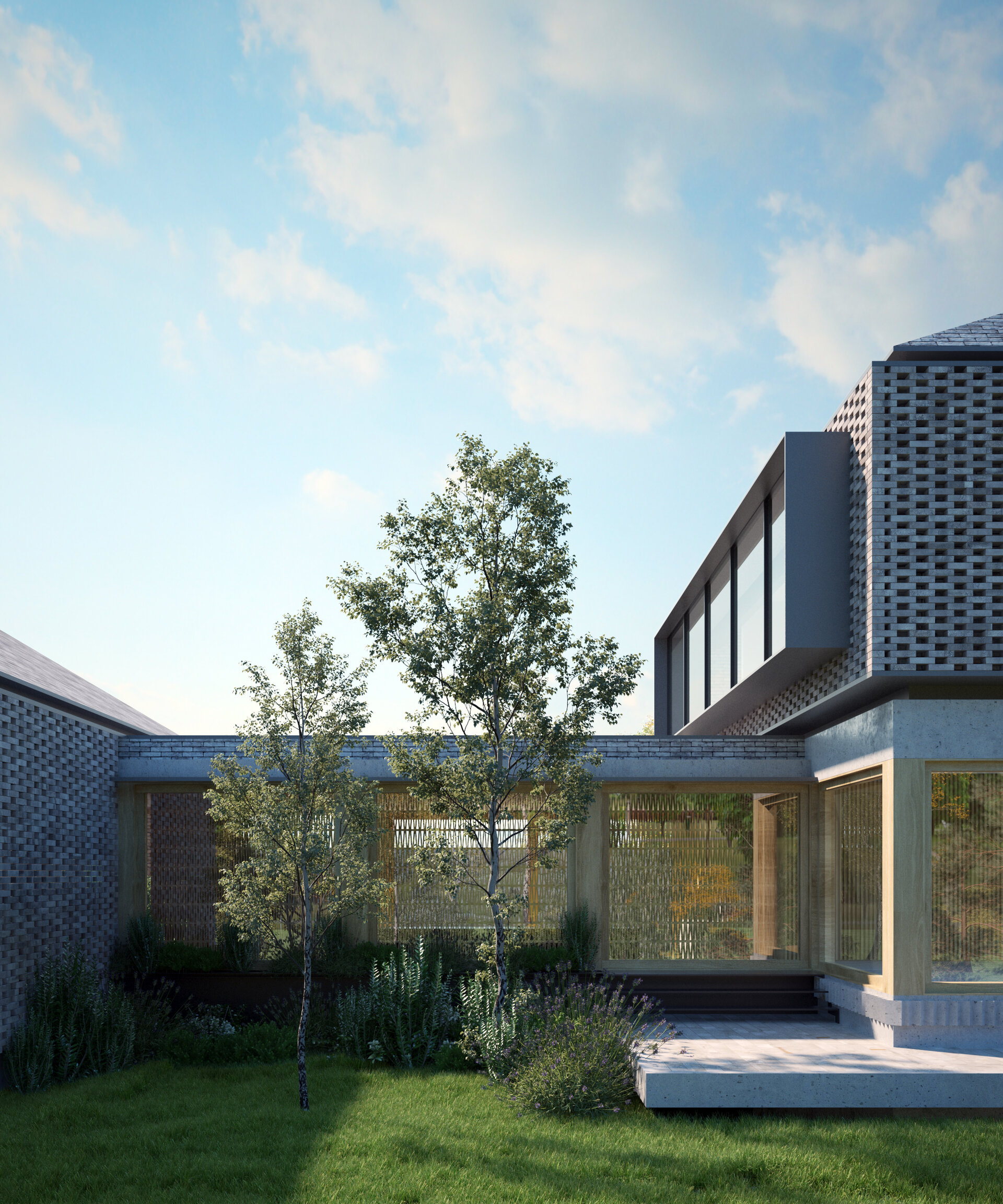 Scroviștea Alley reveals itself as an intimate place preserved in a crowded city. The proposal receives the vegetal space as part of itself and rises around the existing trees in a continuous dialogue. The plot is long and becomes a mediator between the public space, at one end and Lake Grivița, at the other end. The built space thus receives the role of a companion on this path of approaching water, culminating with a garden and a terrace protected by arches, painting through architecture the image of the lake. The house completes the landscape using materials close to the natural setting: stone, brick and wood, which further harmonize in a game of full-void ratio and flirt with different degrees of transparency. The technique of weaving the brick changes between the ground floor and the 1st floor and at the same time changes the relationship between the interior and the exterior, bringing to the night area on level 1 an addition of intimacy. 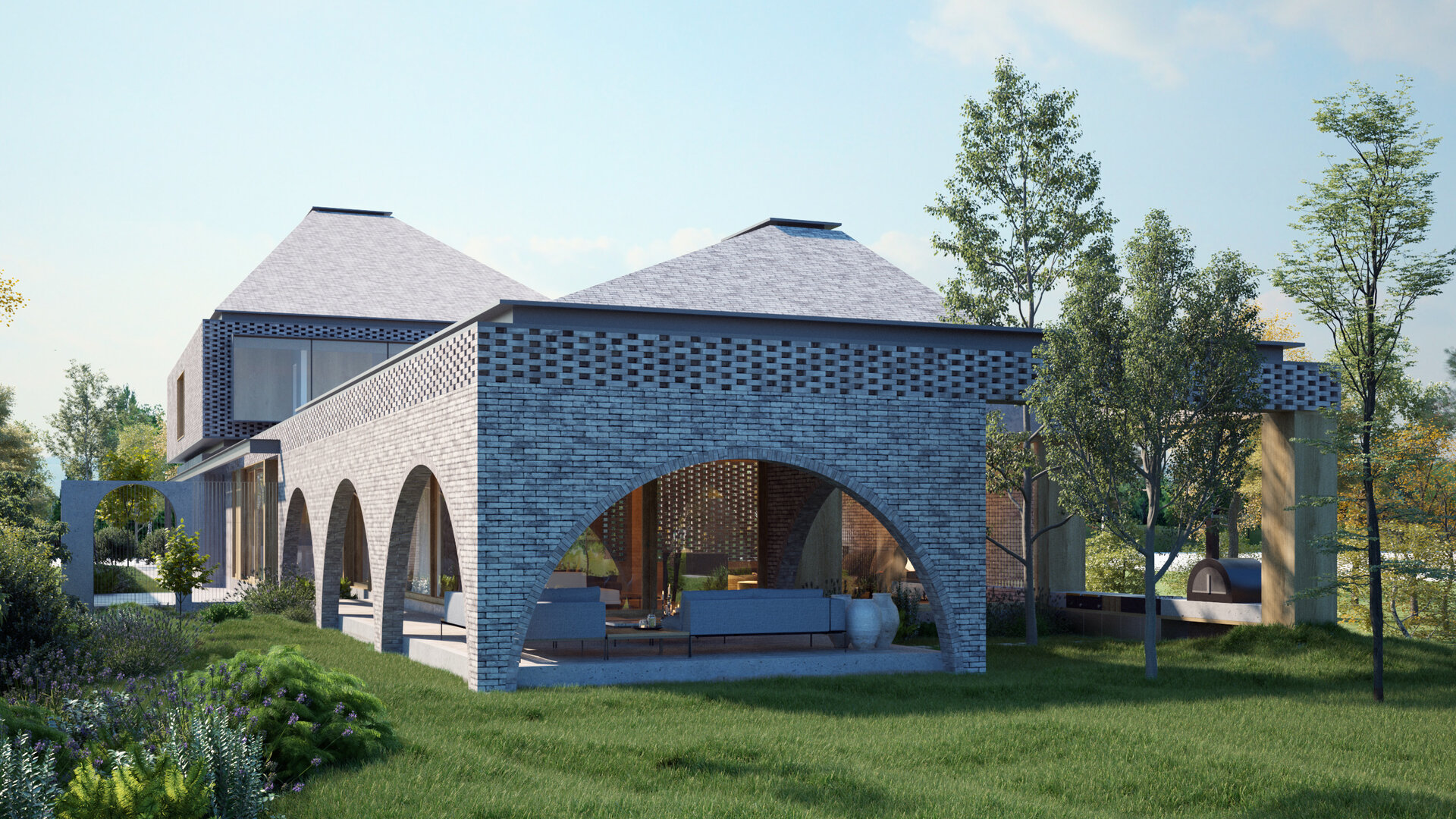 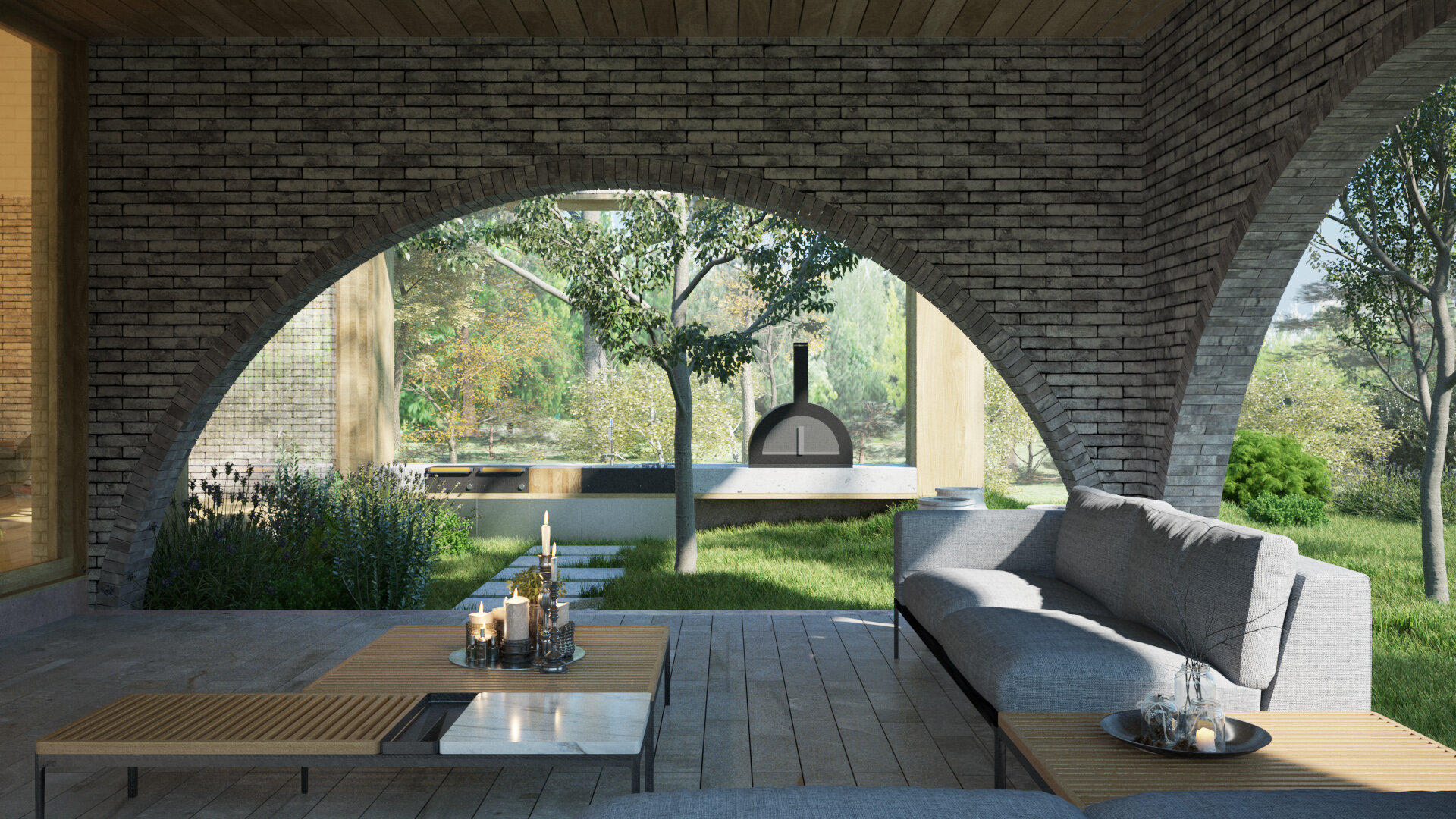 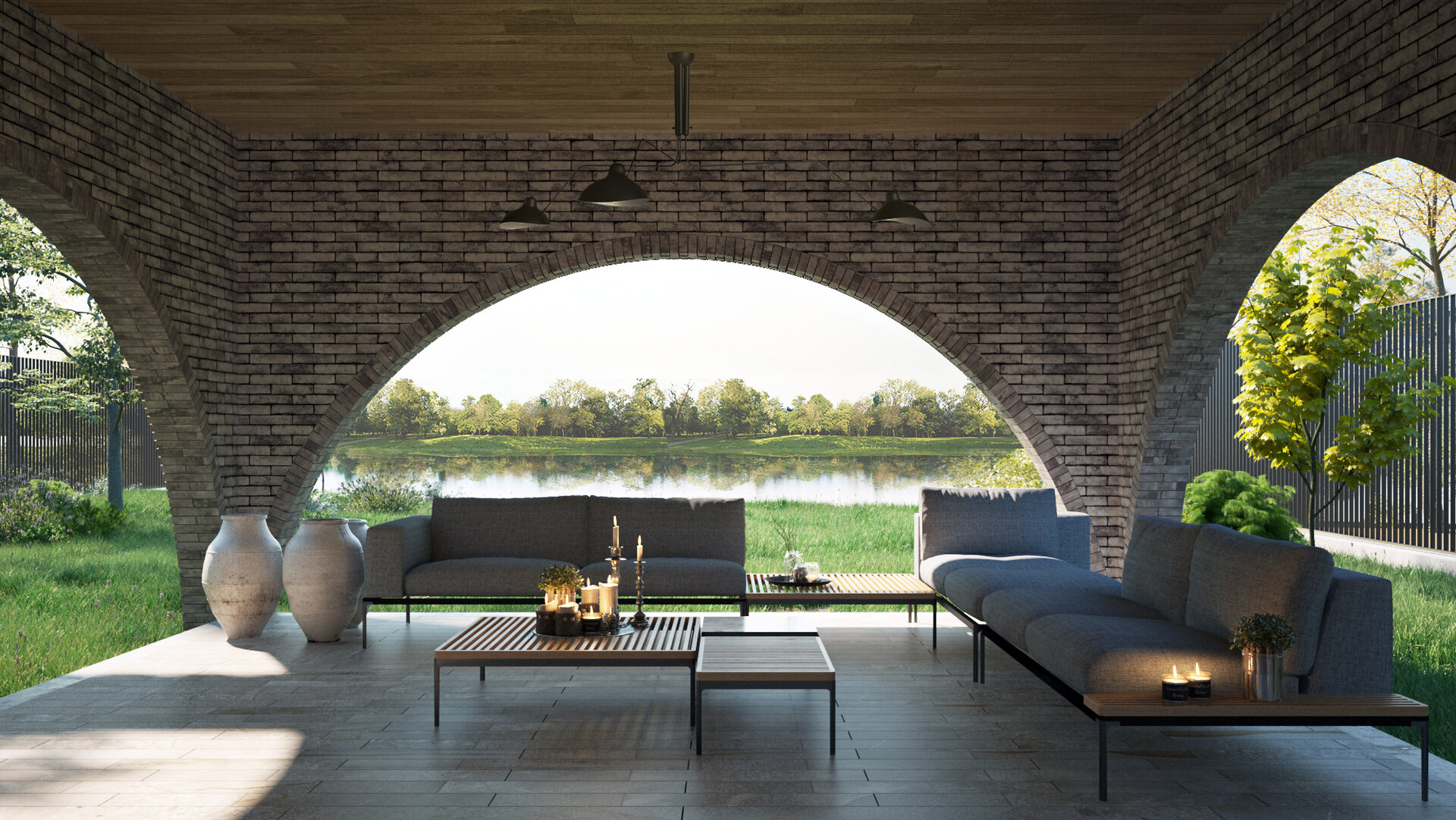 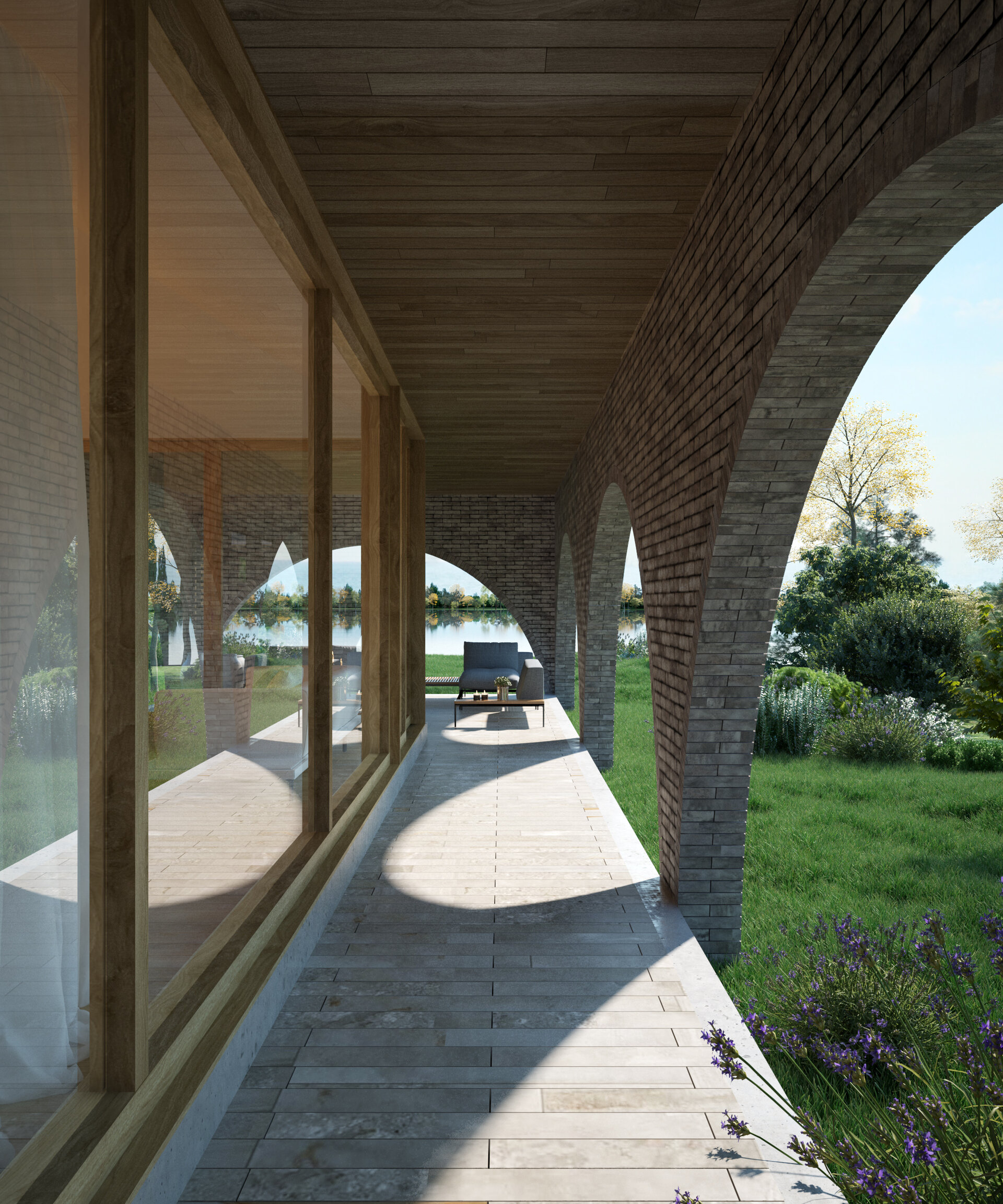 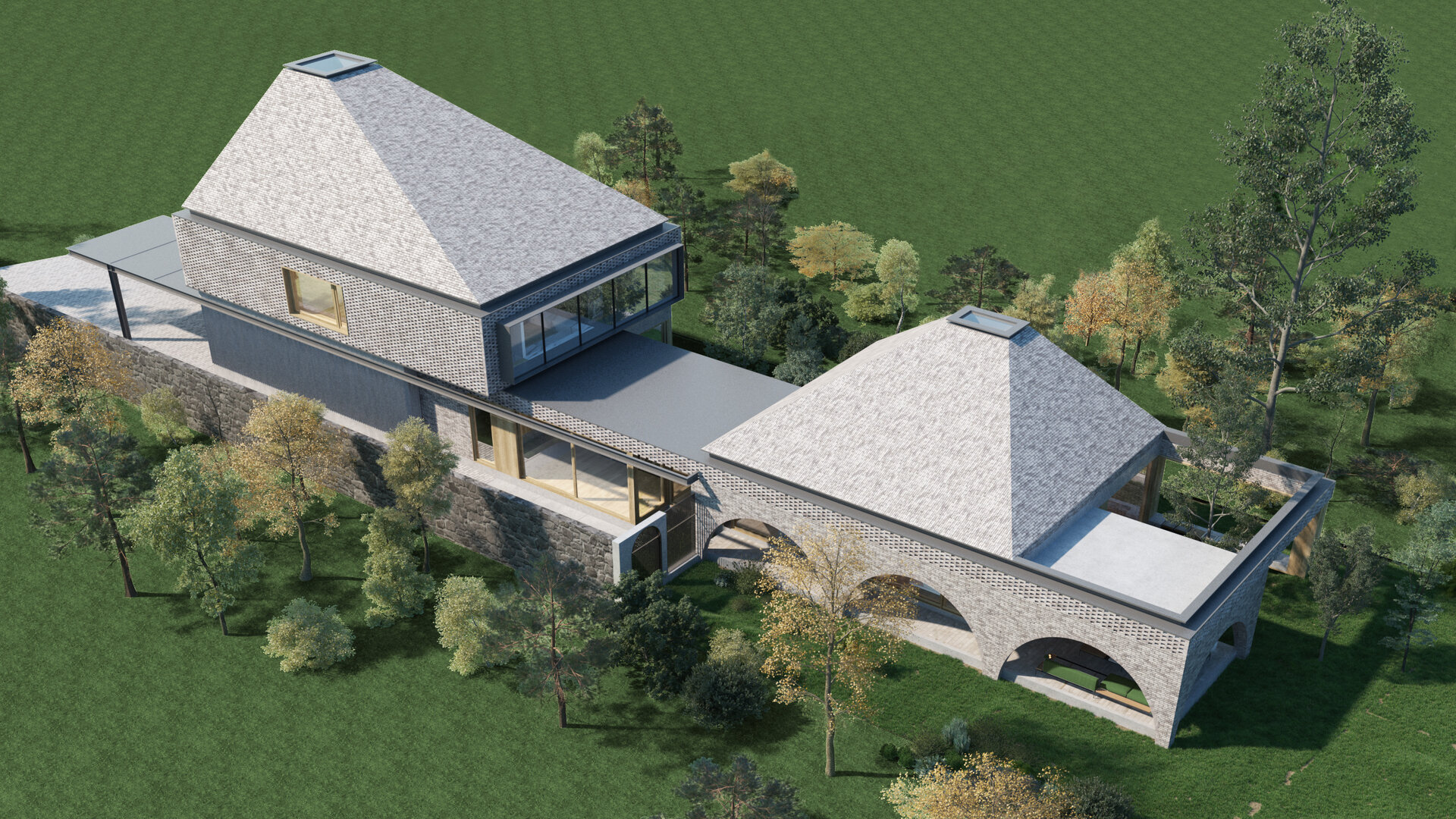 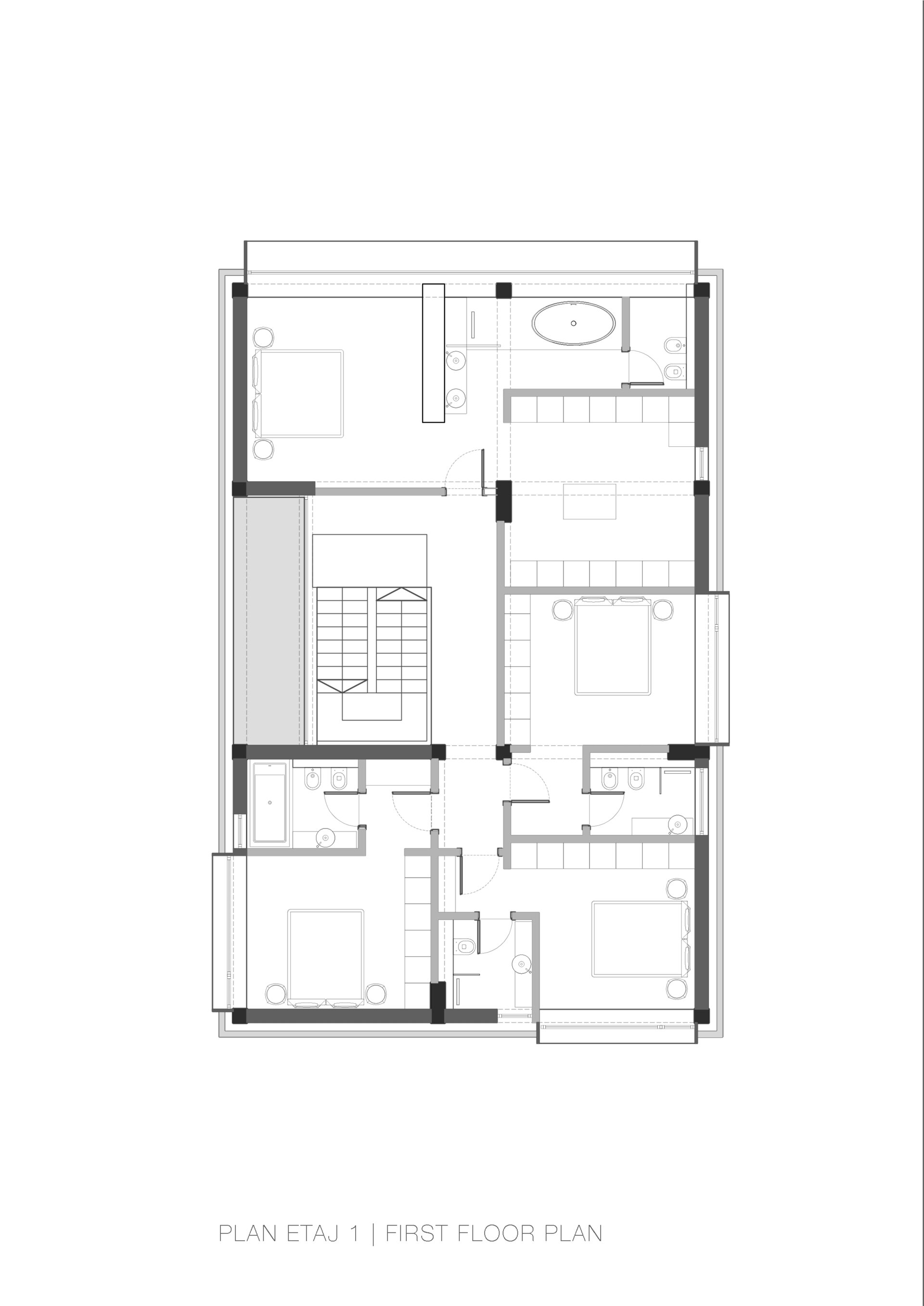 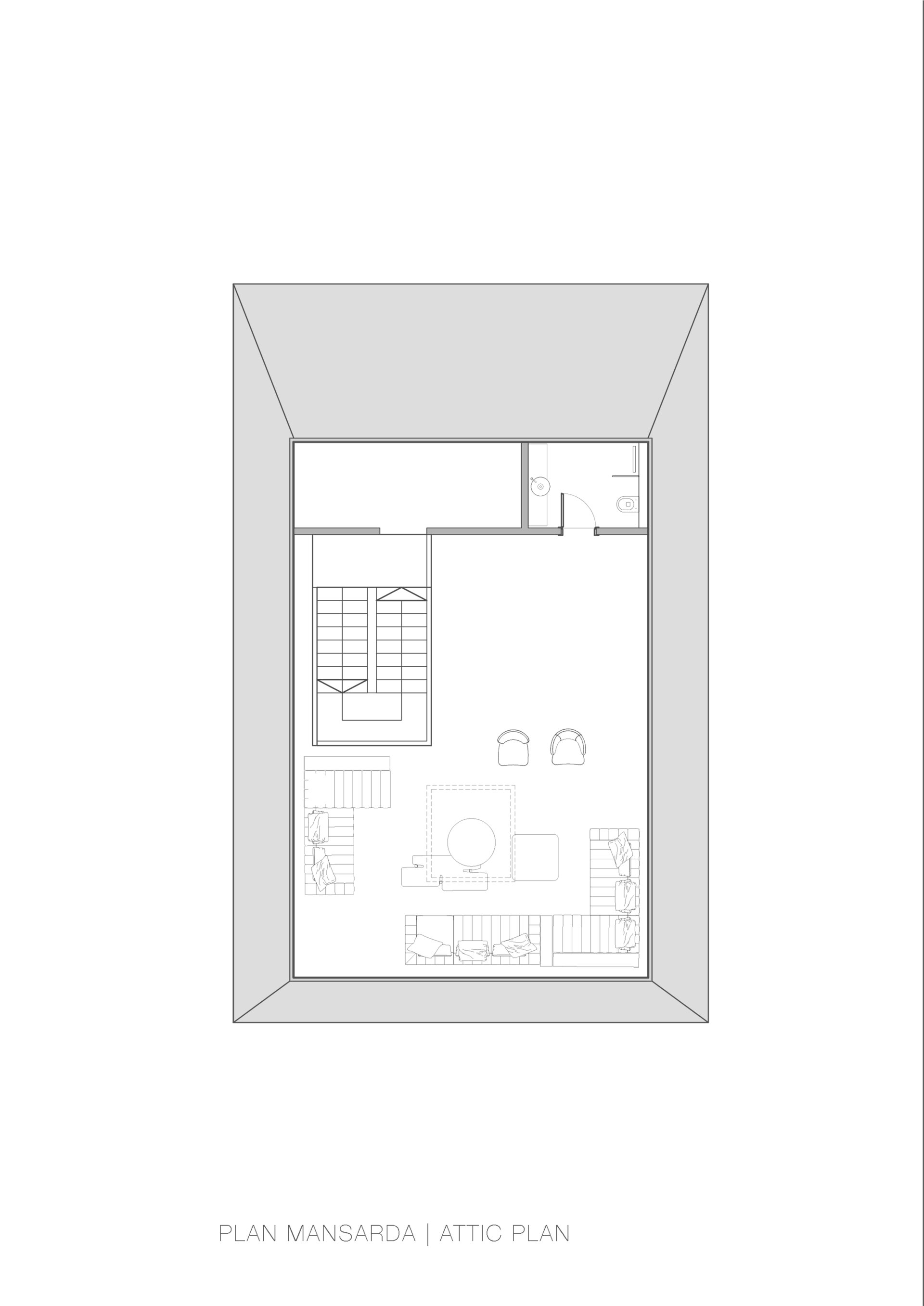