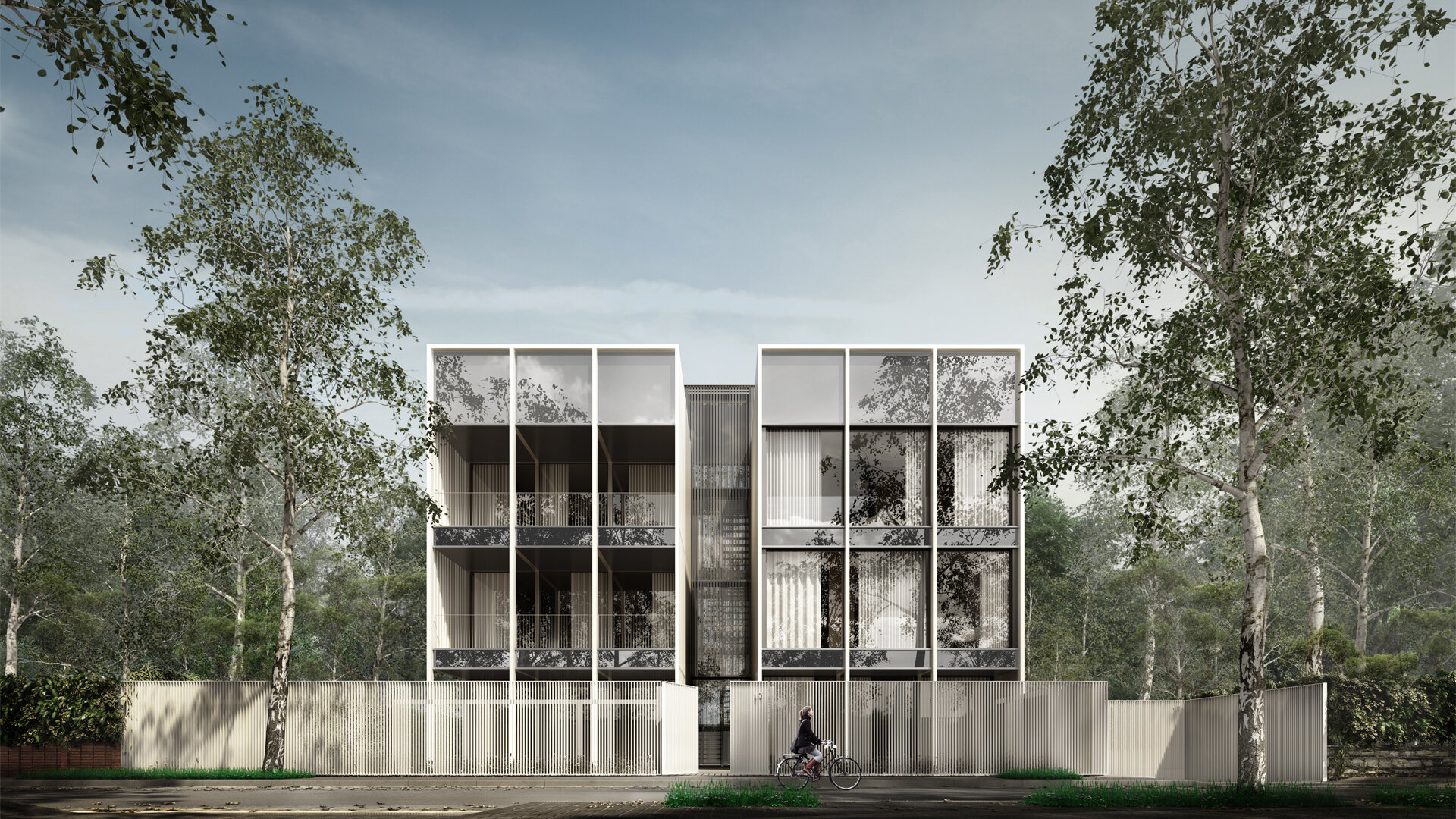 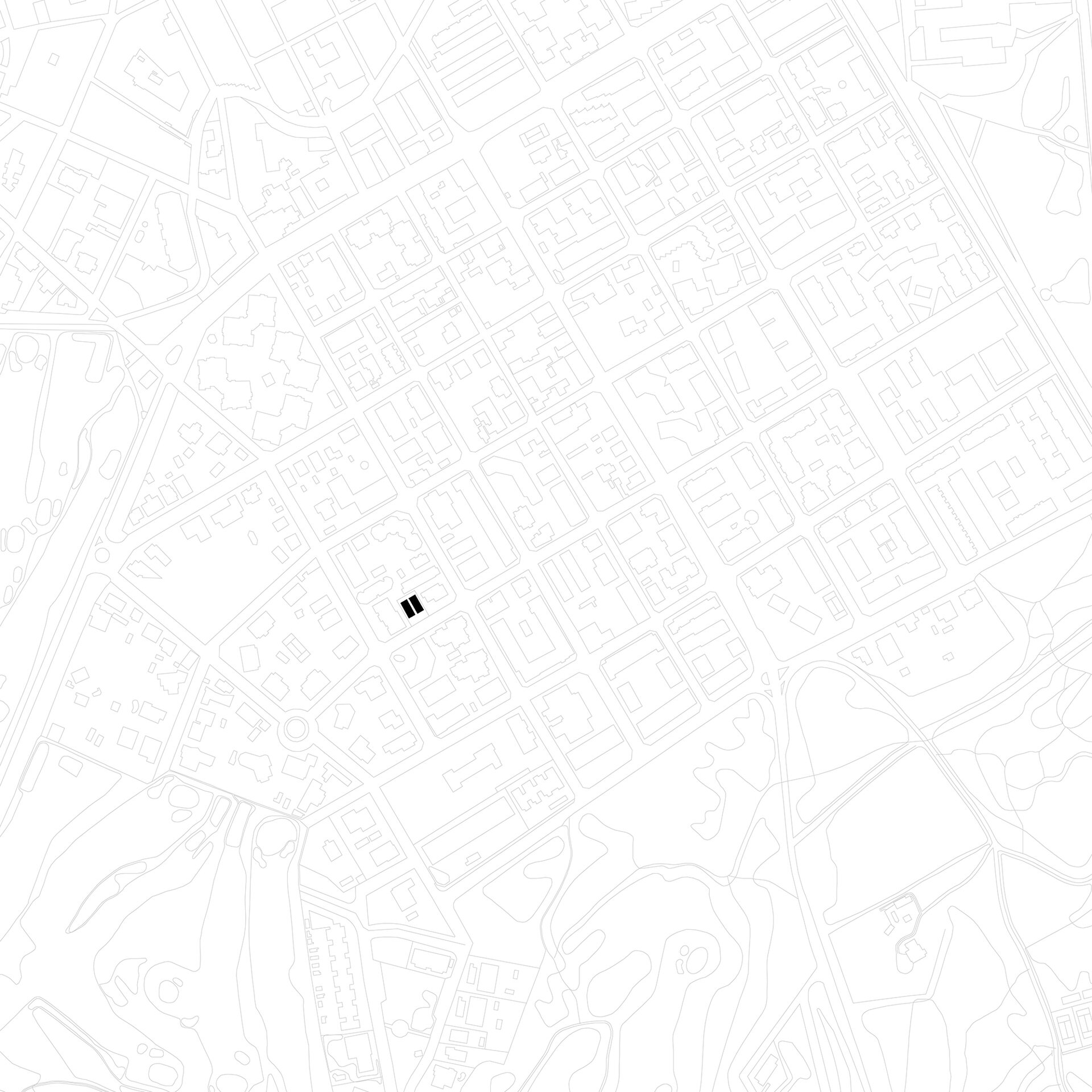 The MA House is in a residential neighborhood in the town of Sant Cugat de Vallès, a small town, 5km away from the outskirts of, between the hills of Collserola and De Galliners. Sant Cugat has changed a lot over the past twenty years. Taking advantage of the real estate and touristic pressure on Barcelona, the city has developed its offer in terms of economy, dwellings, and education, and is now recognized through its innovative, entrepreneurial, and educational character. It thus became an alternative to living in Barcelona, which many people prefer to leave behind, favoring quieter and cheaper area.
The MA House responds to this type of need, multifamily housing that no longer exists or that is difficult to find in big cities: homes with generous interior spaces, without improvisations, equipped with green spaces, garage, even a swimming pool.
The plot with an area of 525m2, rectangular in shape, currently houses 2 buildings: on one hand a residential building, consisting of a basement and 2 duplexes and, on the other side of the plot, a ground floor building that is currently used as a kindergarden.
The project’s brief consisted in the demolition of the ground floor building and the construction of a volume similar to the existing residential building to house 3 new apartments and the preservation of the 2 duplex apartments.
Once the building construction limits were drawn, we decided to structure the housing program, in 2 fases:
(NEW): Construction of a new building containing a new extended basement, ground floor, 1st floor + 2nd floor.
(OLD): Rehabilitation of the facades of existing buildings with the aim of creating a single homogeneous object, without intervening in the distribution of the 2 duplex apartments.
At the design level, the project aims to make the most of the interior space, of the new volume, and the study ends up researching the possibility of reducing the thickness of the exterior wall in such a way as to provide more living space inside. For this reason the volume is reduced to a very simple system: a common concrete base of existing buildings, a new volume of lamellar wood structure and a facade of metal tubes that together establish the backbone of the project.
The access to the new building will be situated between the 2 volumes, building a new metallic staircase, and is designed as a "joint" between the 2 construction systems: the NEW building - lamellar construction system, the OLD house - traditional construction system, structure concrete on frames. This fased planning suggest that the construction process can use two building methods: the base must be built "on site", and the main above-ground volume can be built entirely "off site" in a workshop.
In this way, we decide to work the outer envelope of the new volume, like a double skin, consisting of a box closed inside another permeable large box.
The first box is defined by a perfectly closed skin, built of prefabricated lamellar wood panels. Due to the energy properties of the material, the thermal and acoustic comfort of the house has increased. We also continued to handle the material to the level of apparent finish or even furniture.
The second box, a permeable skin, consists of a tubular structure over which the prefabricated facade panels are fixed. 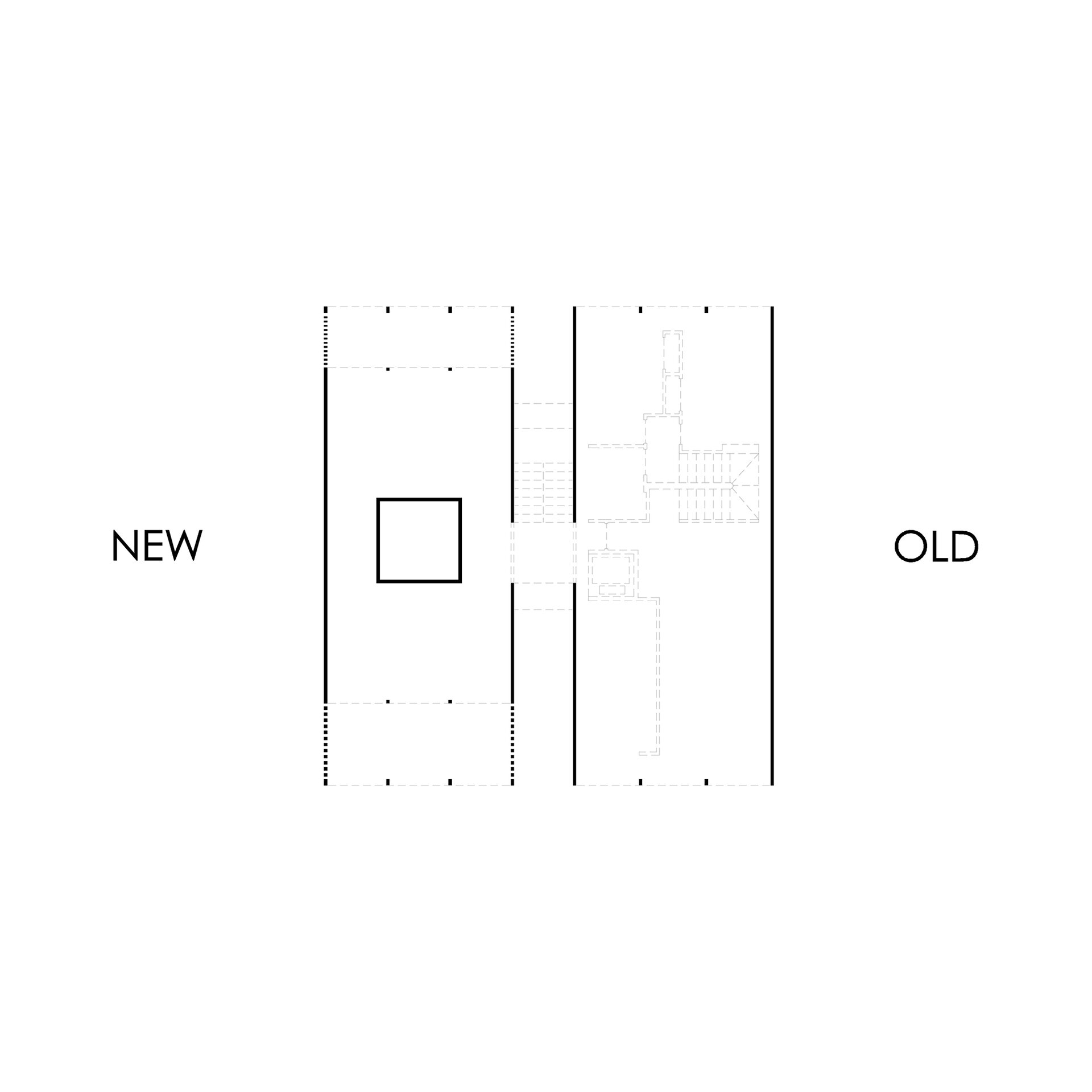 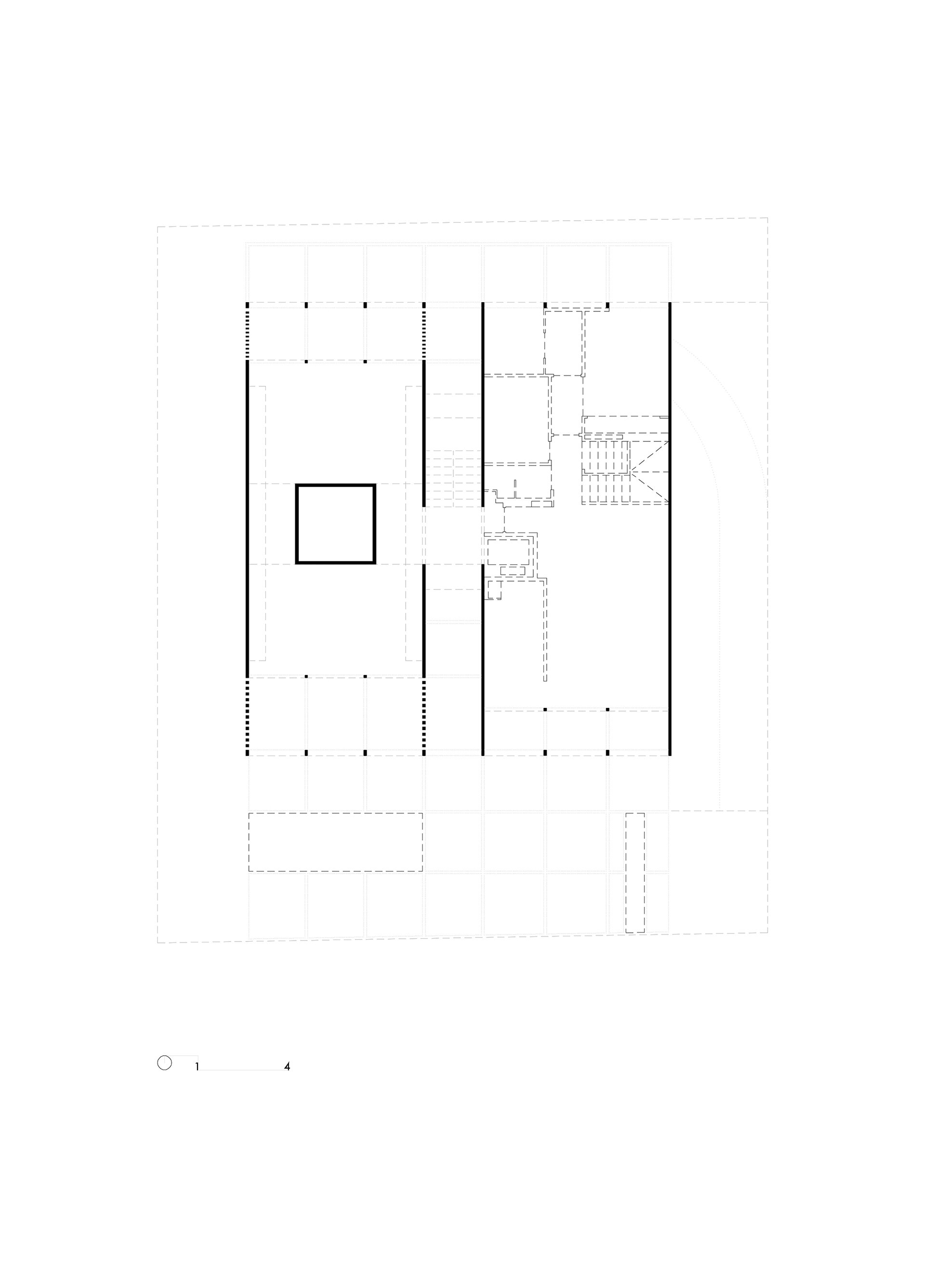 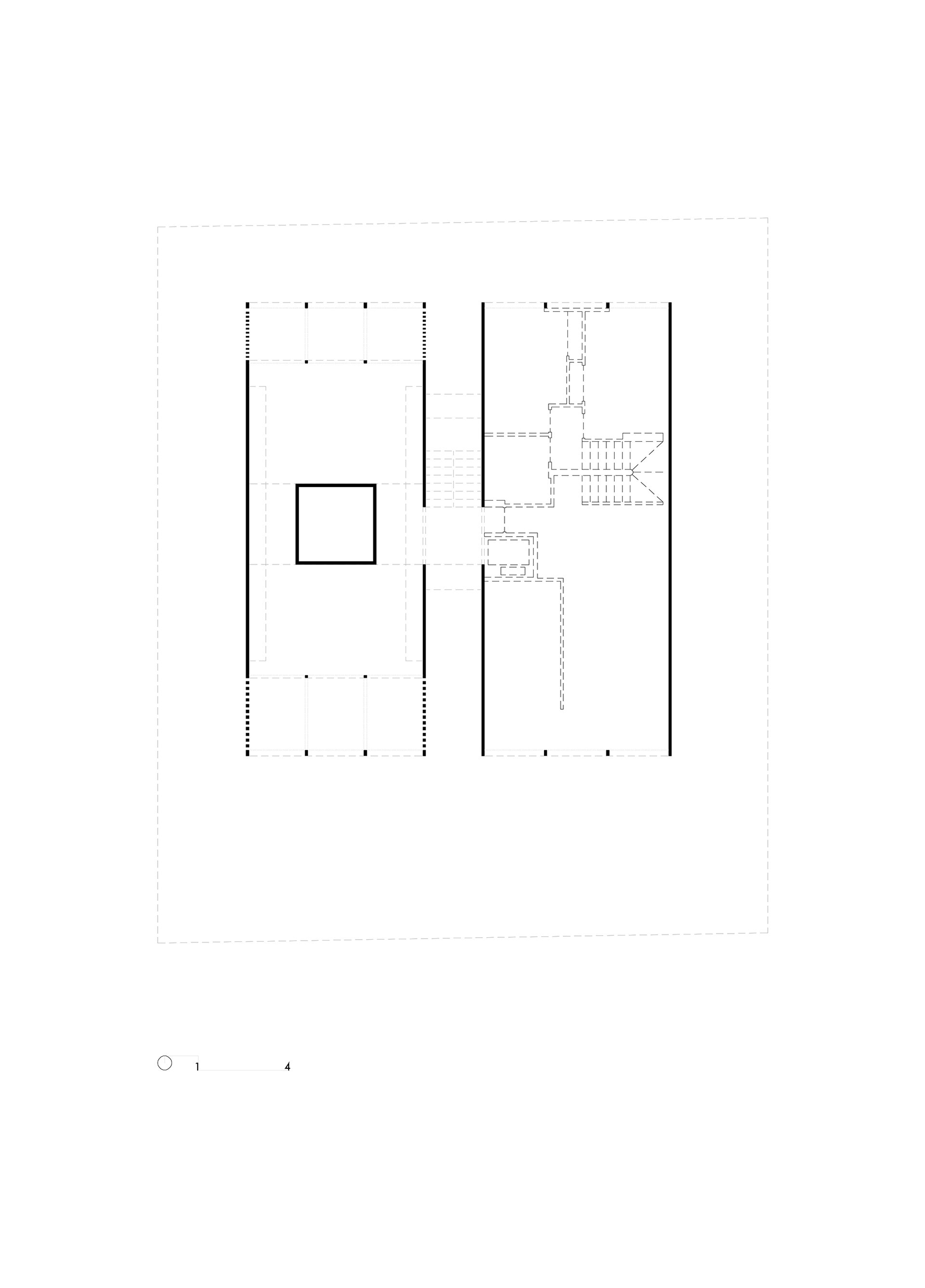 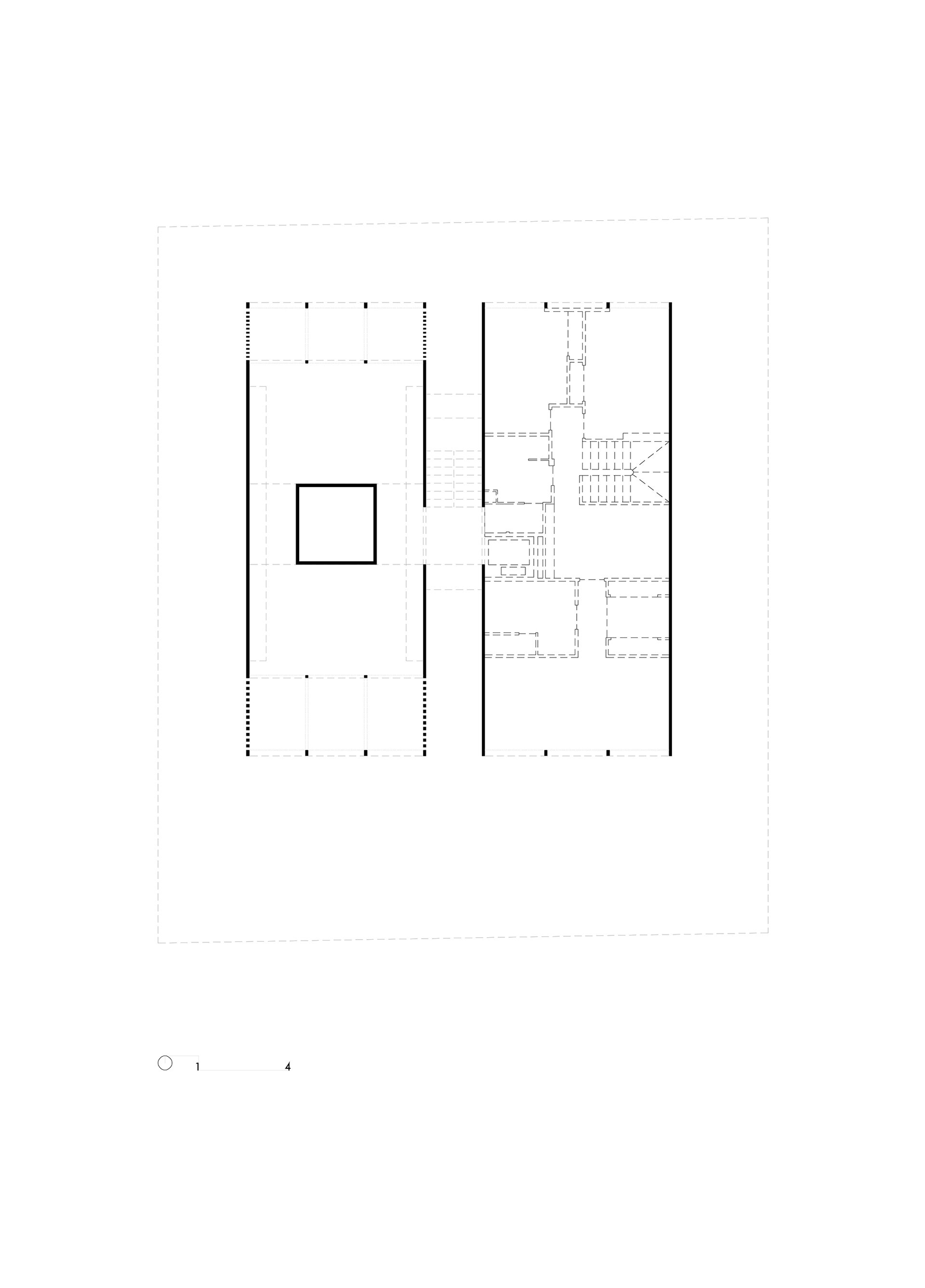 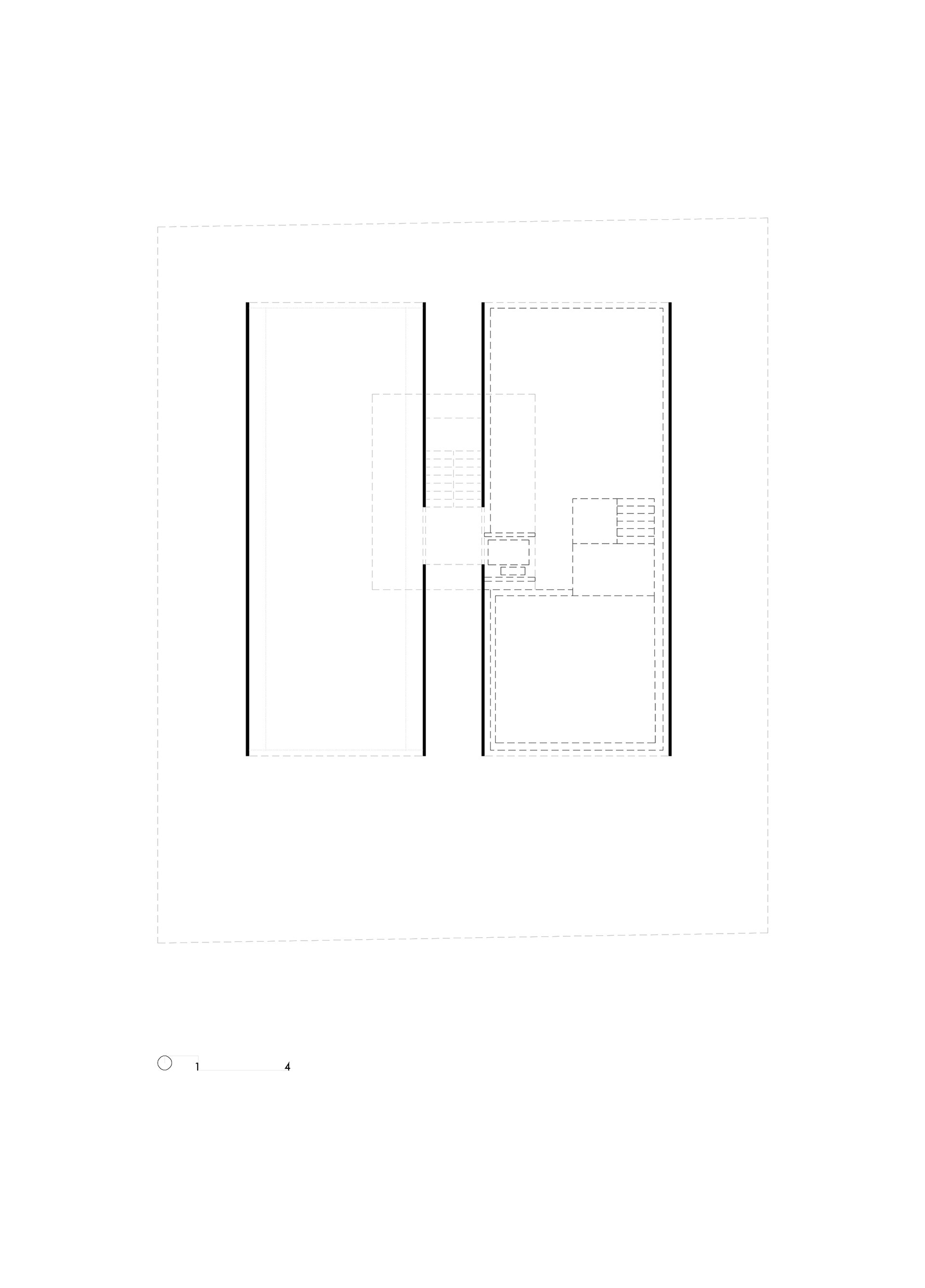 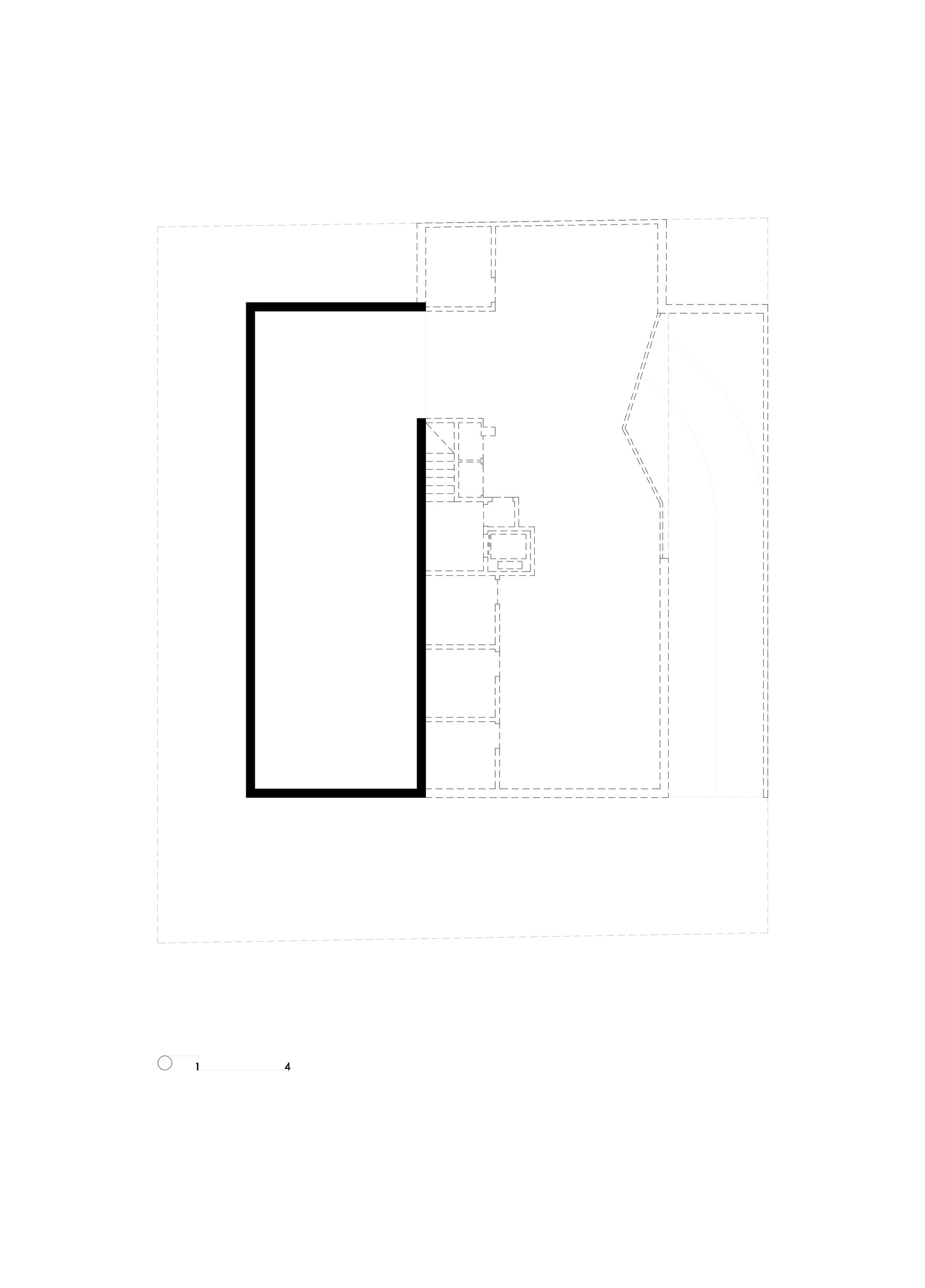 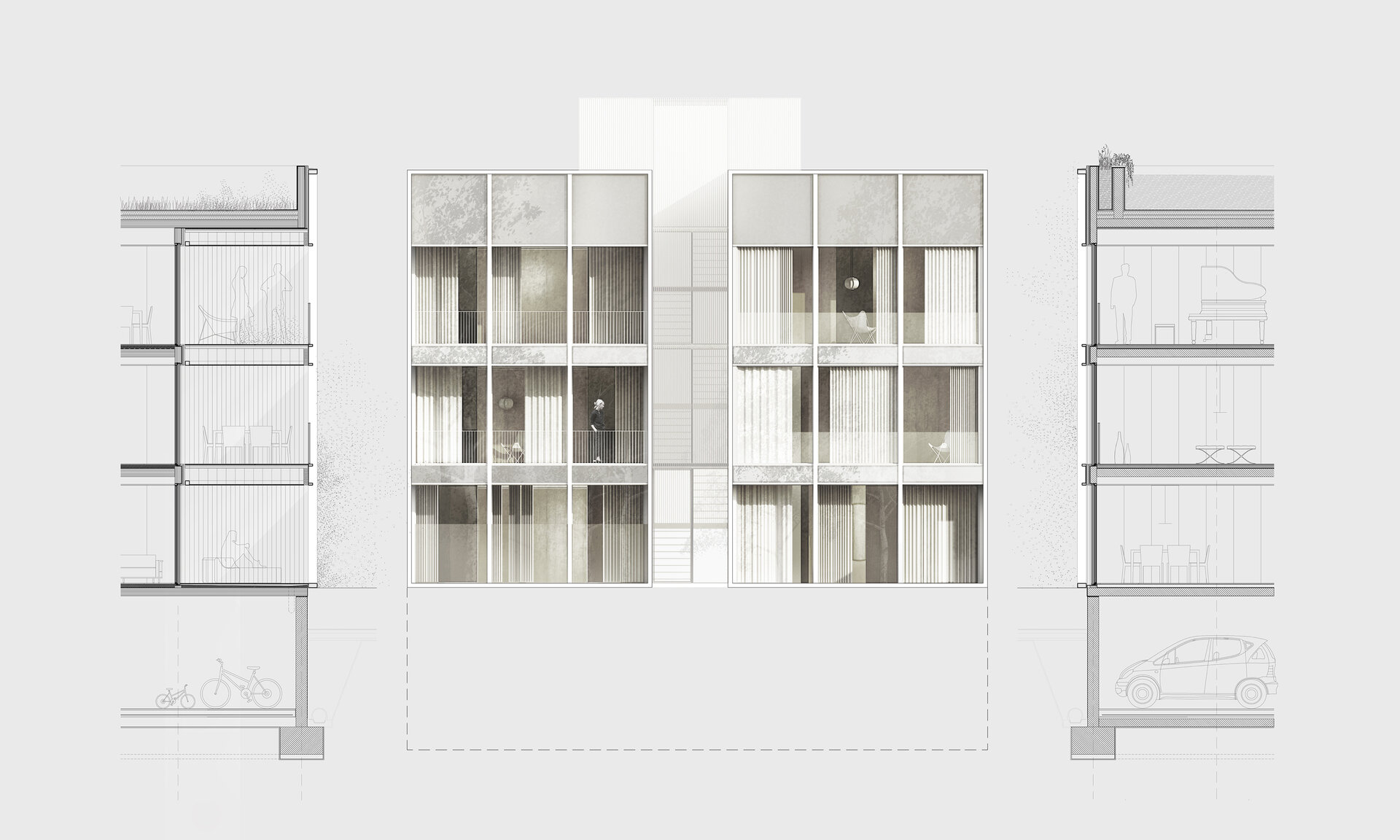 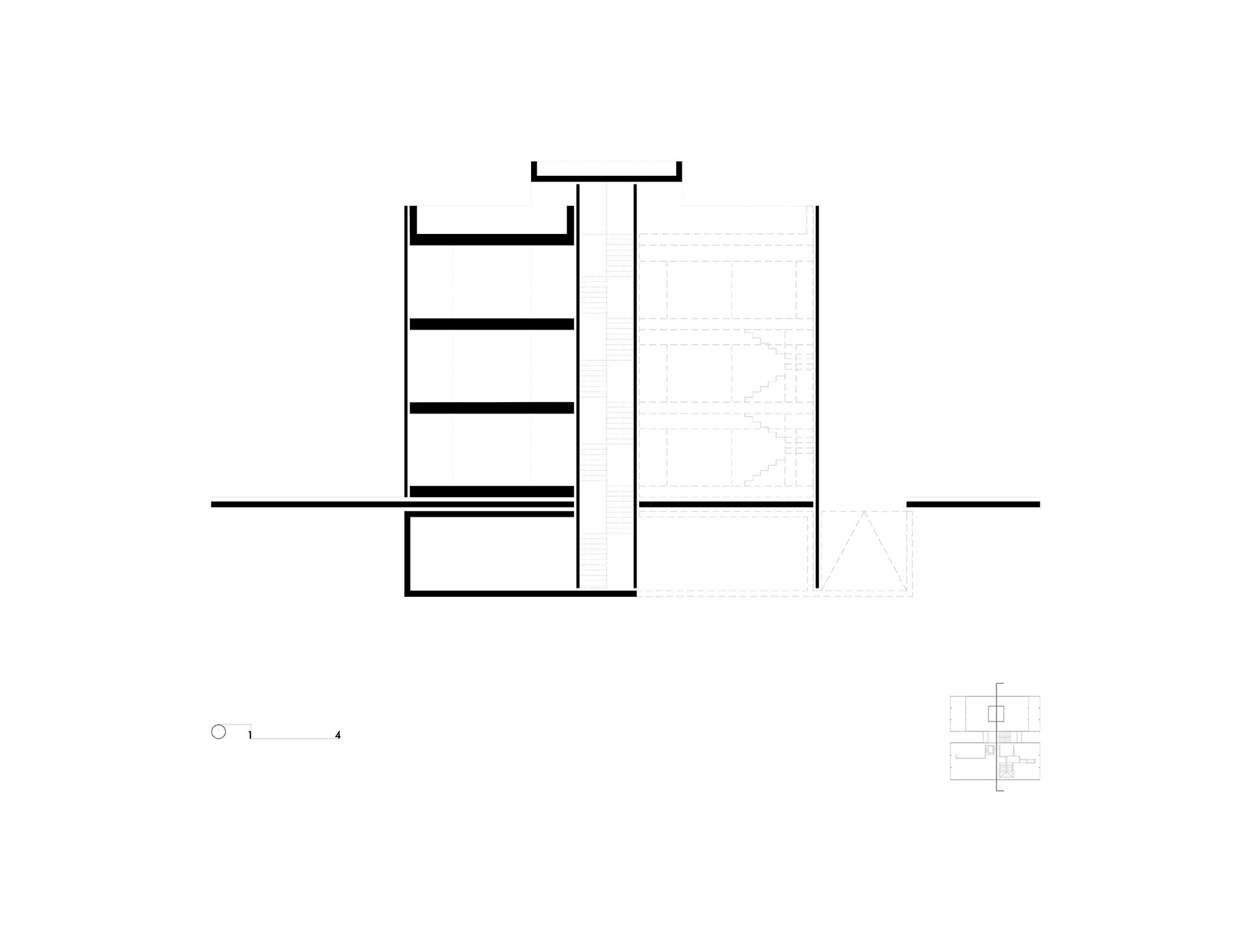 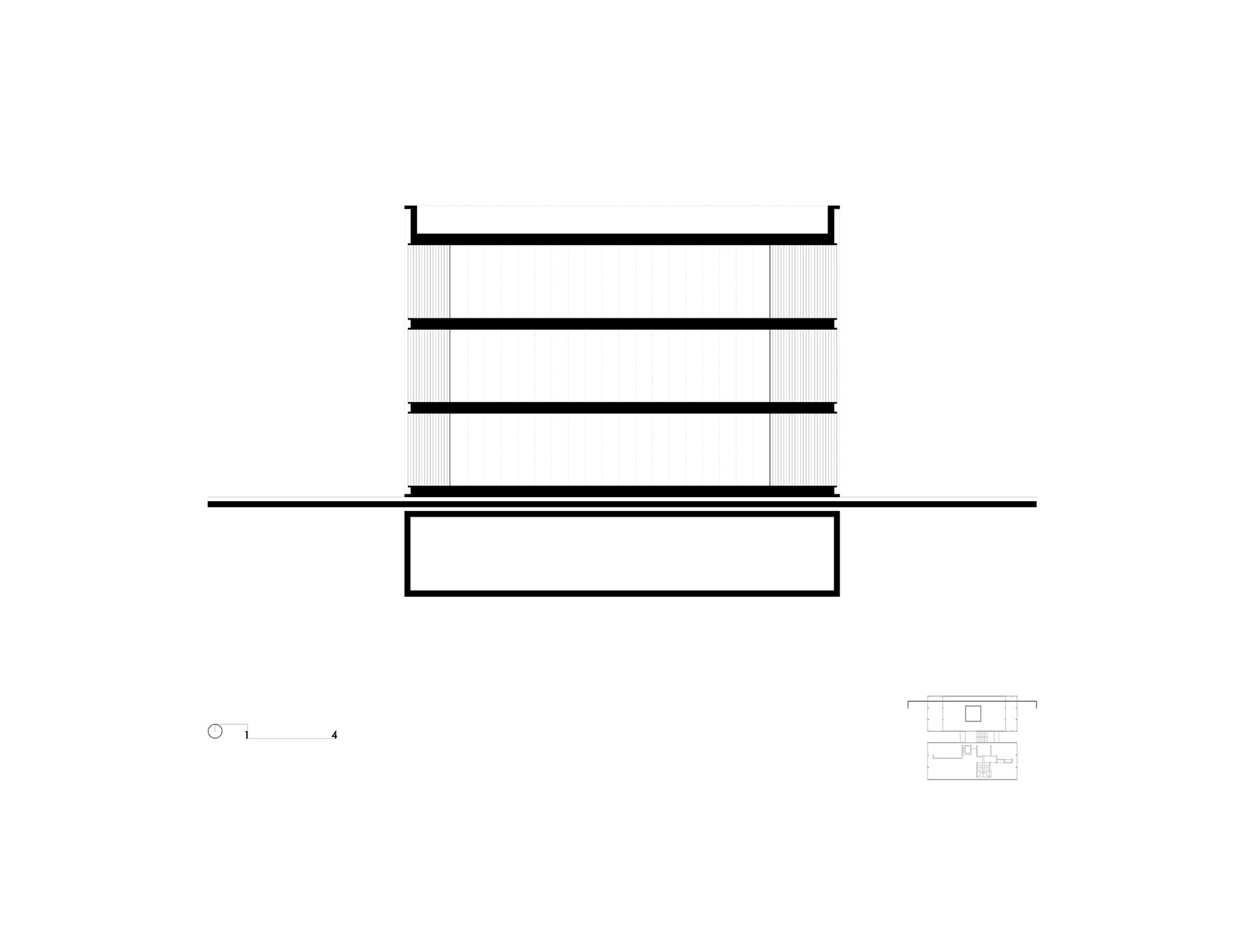 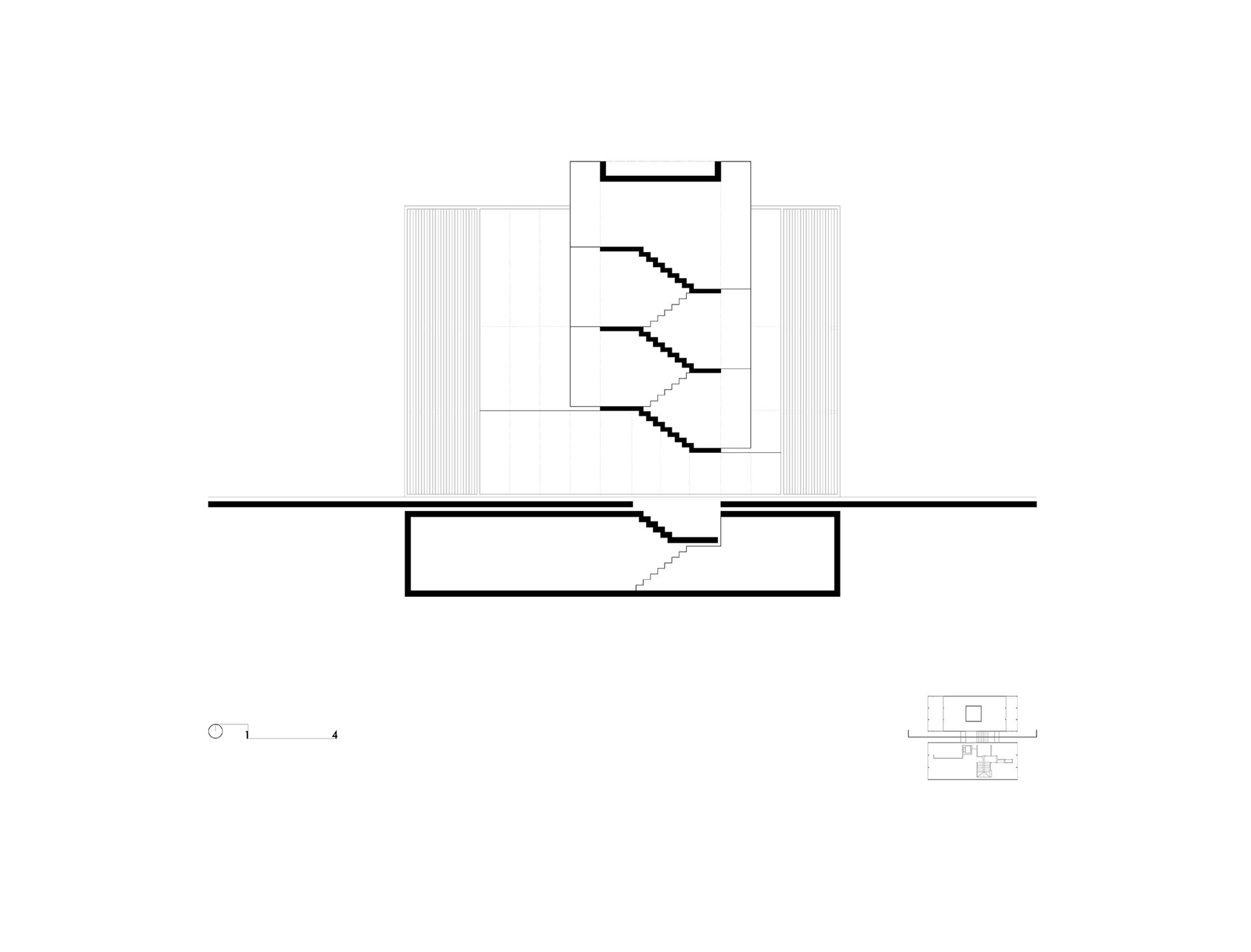 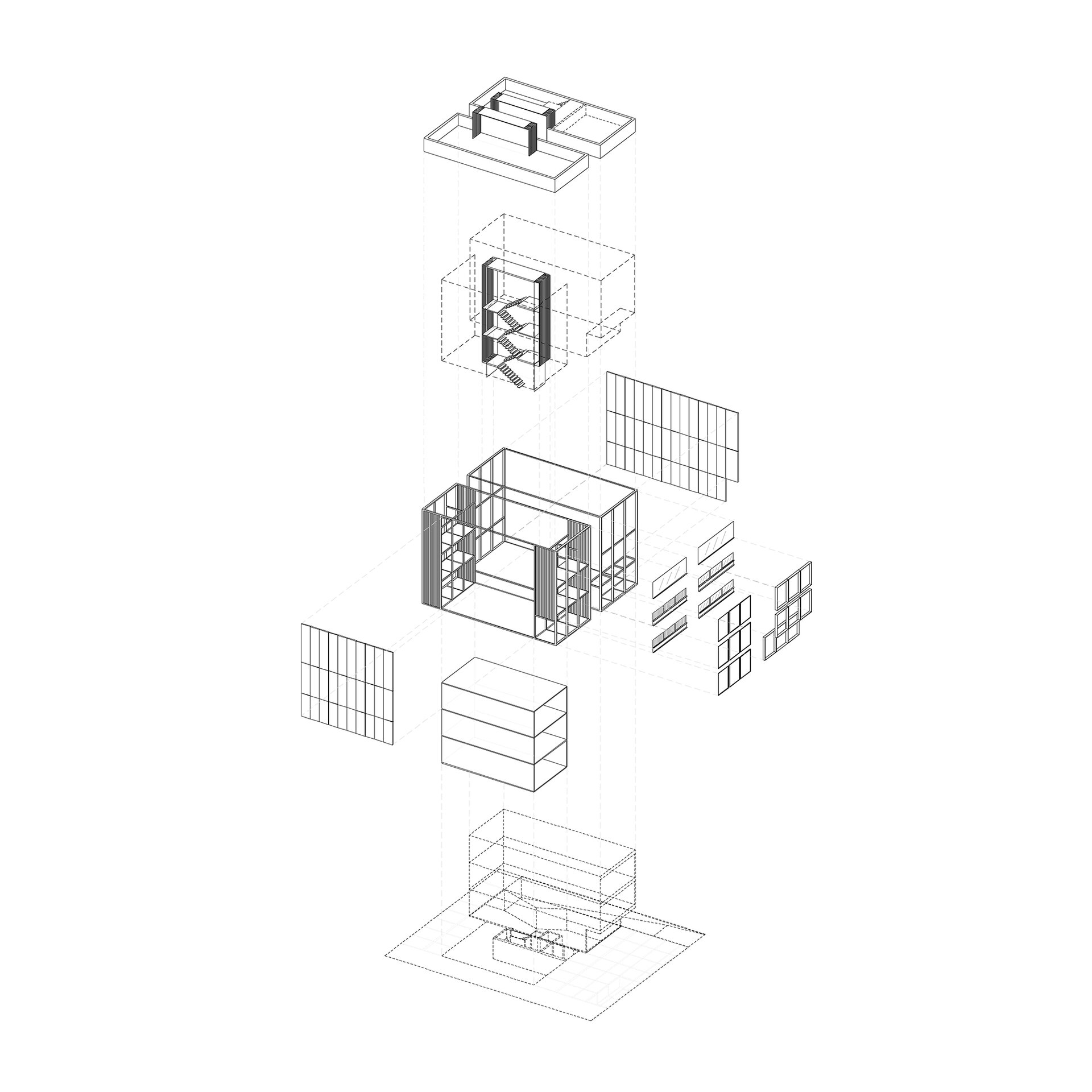 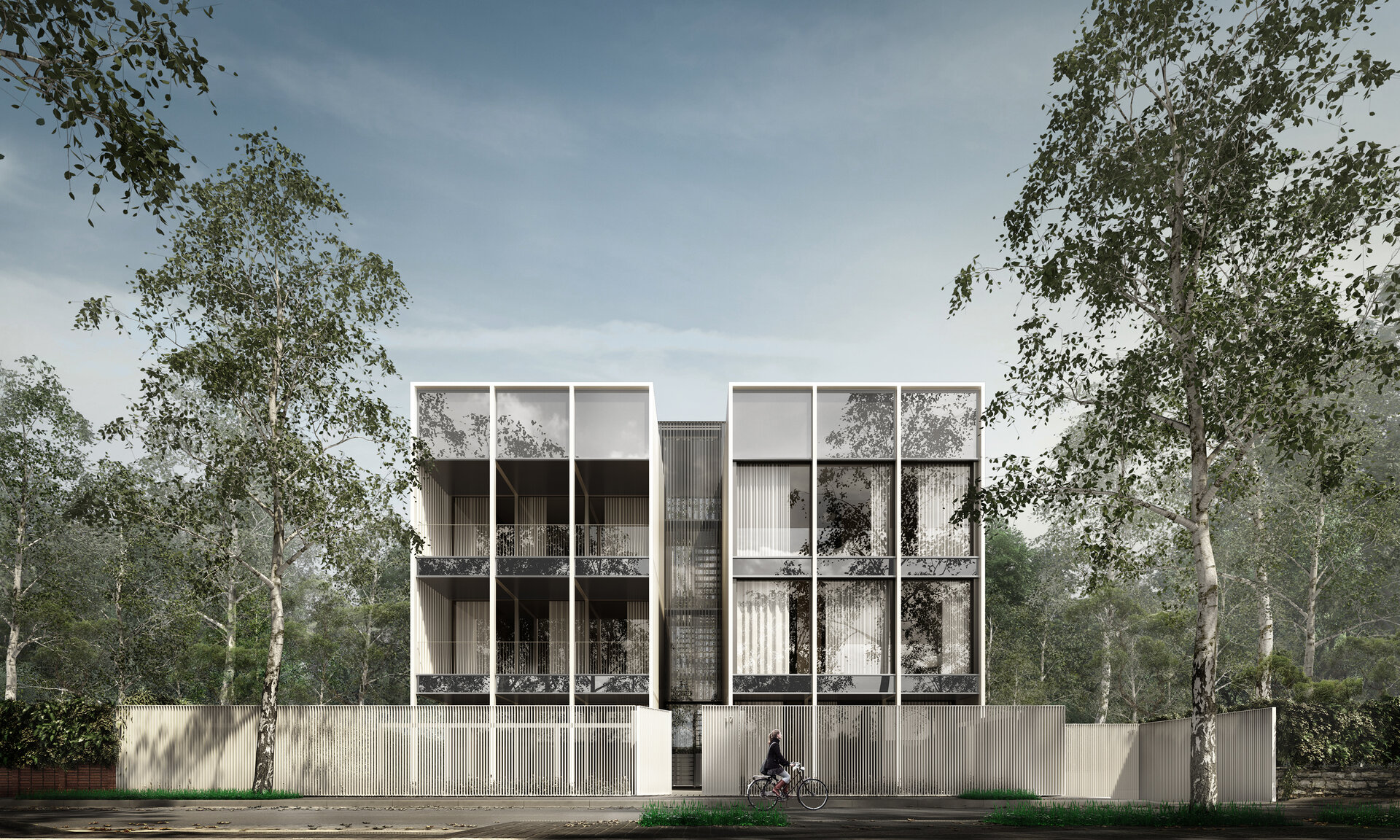 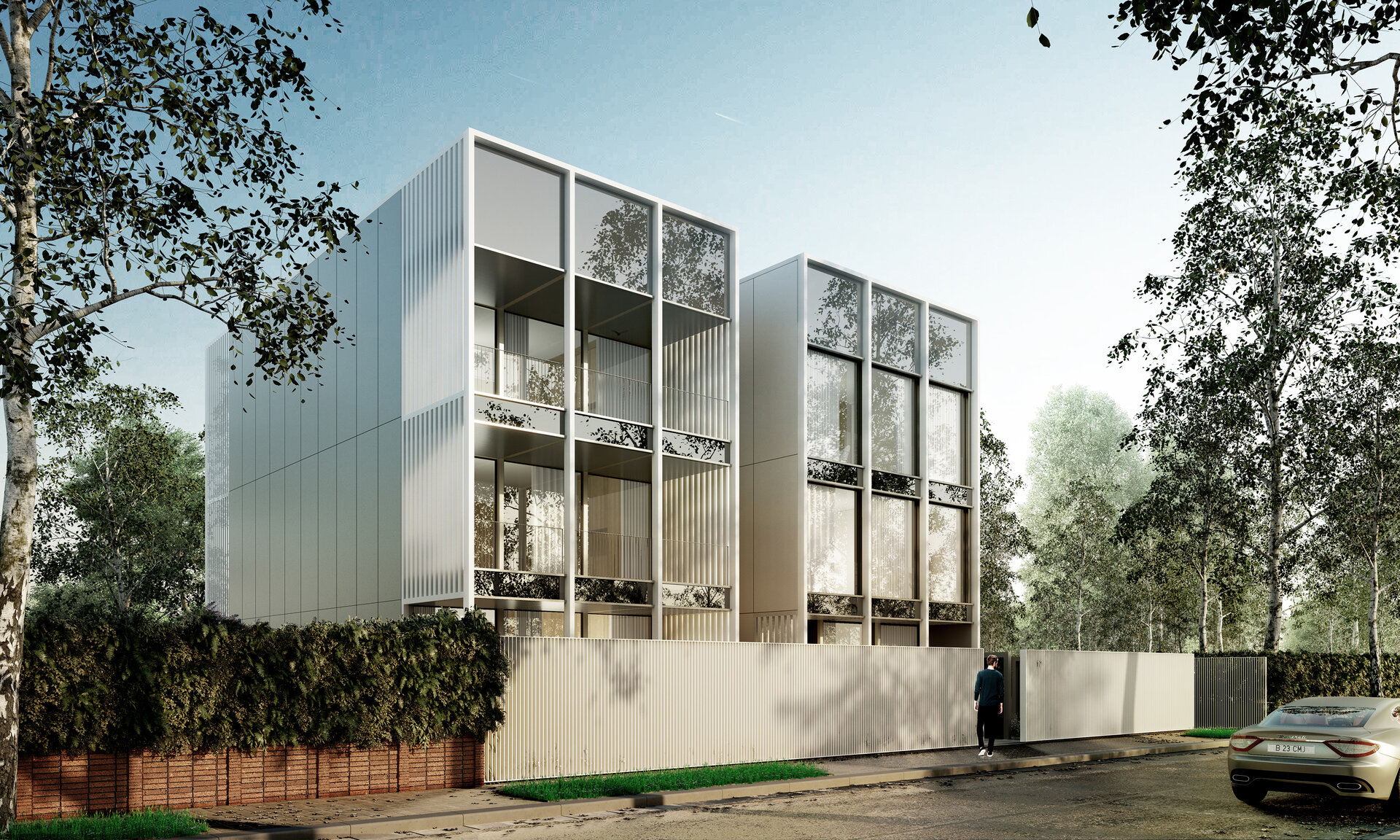 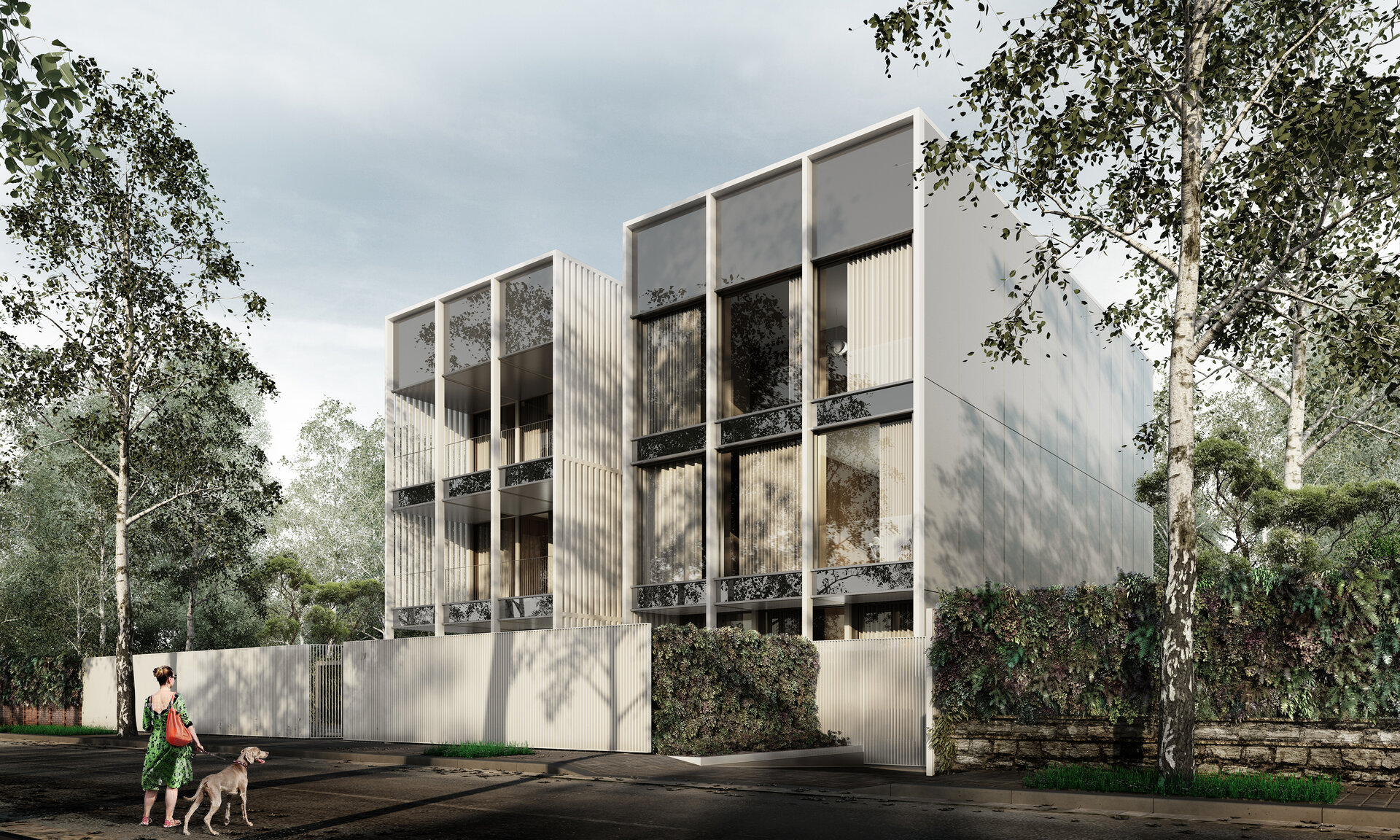 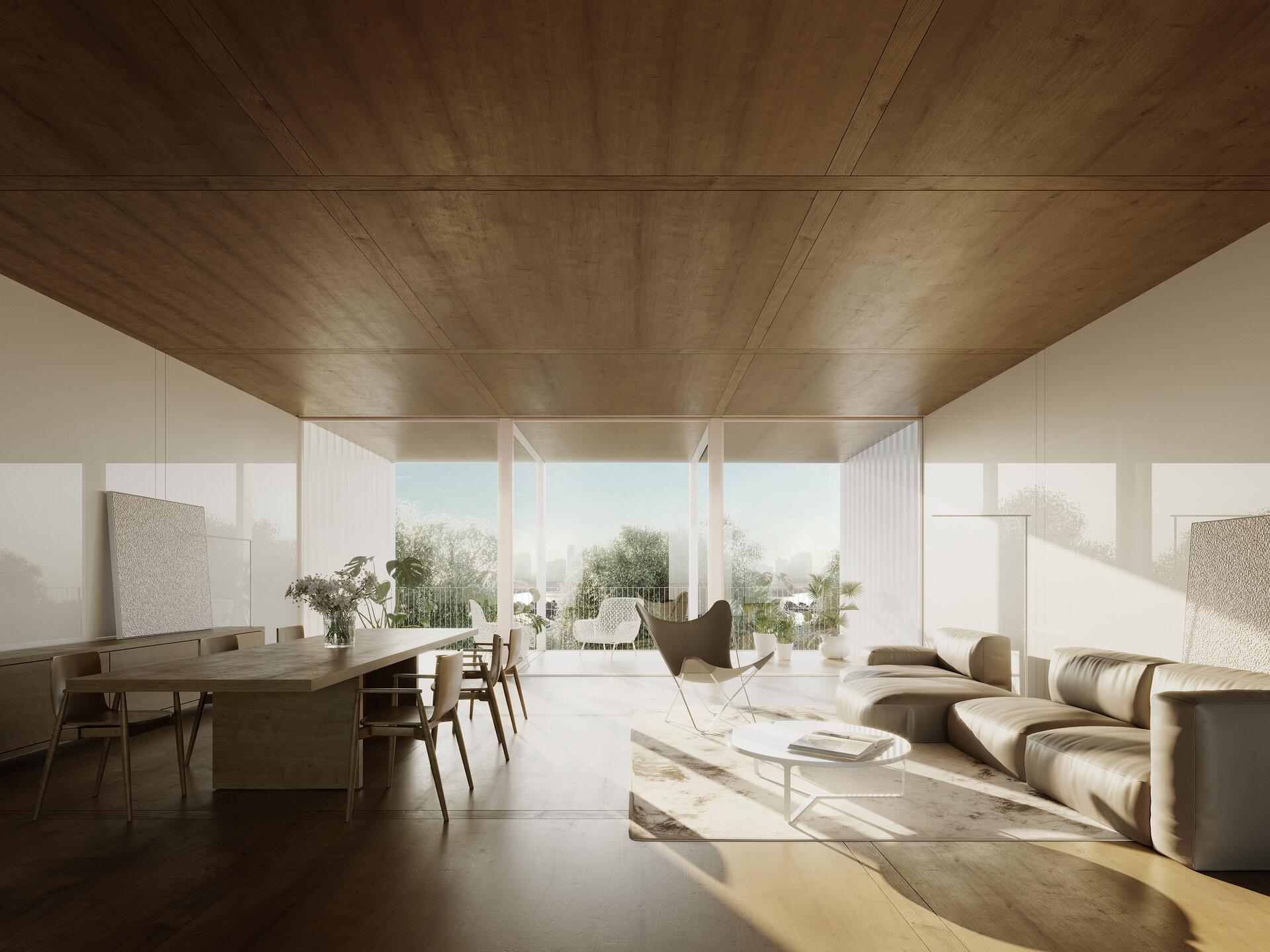 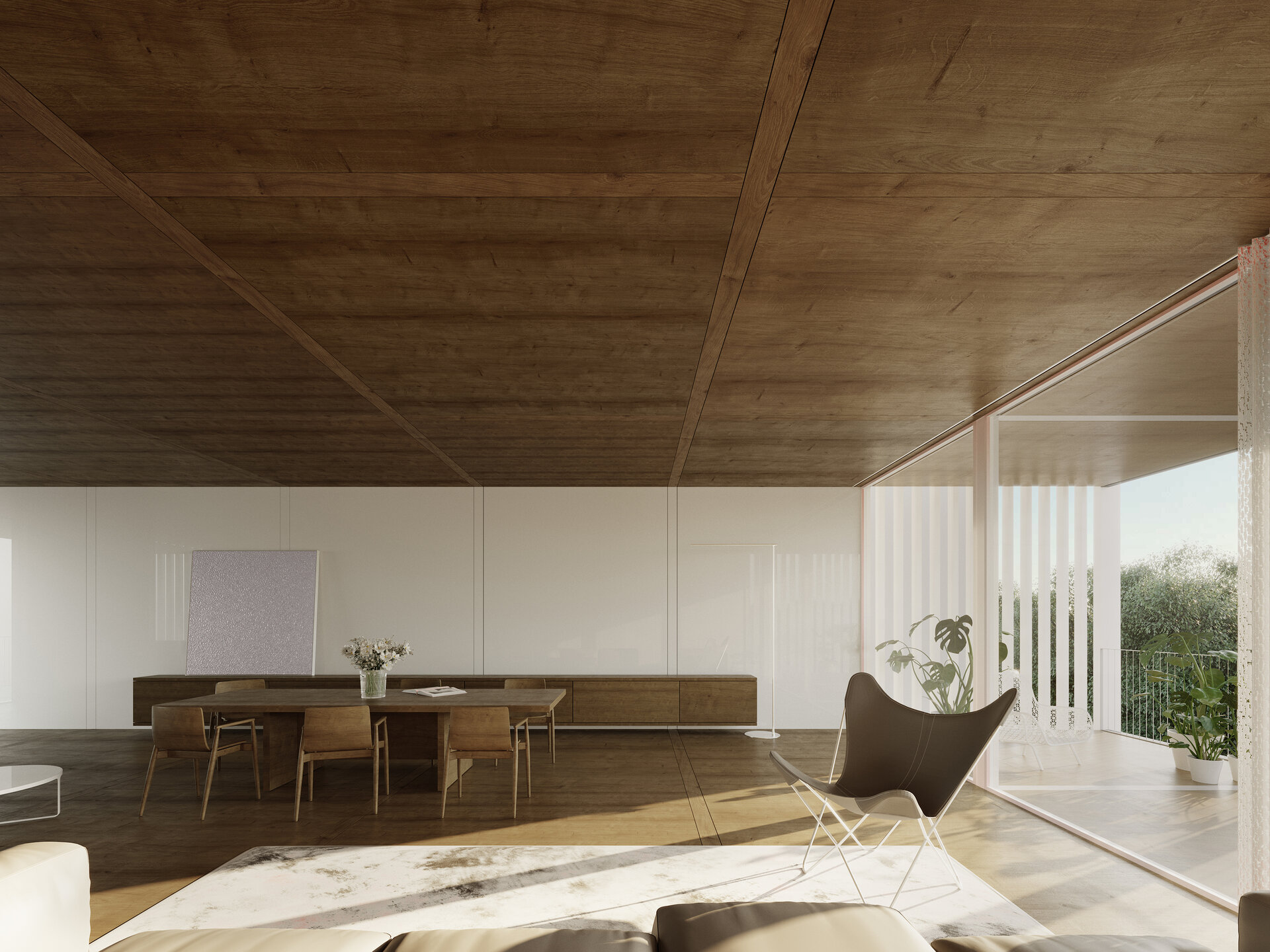 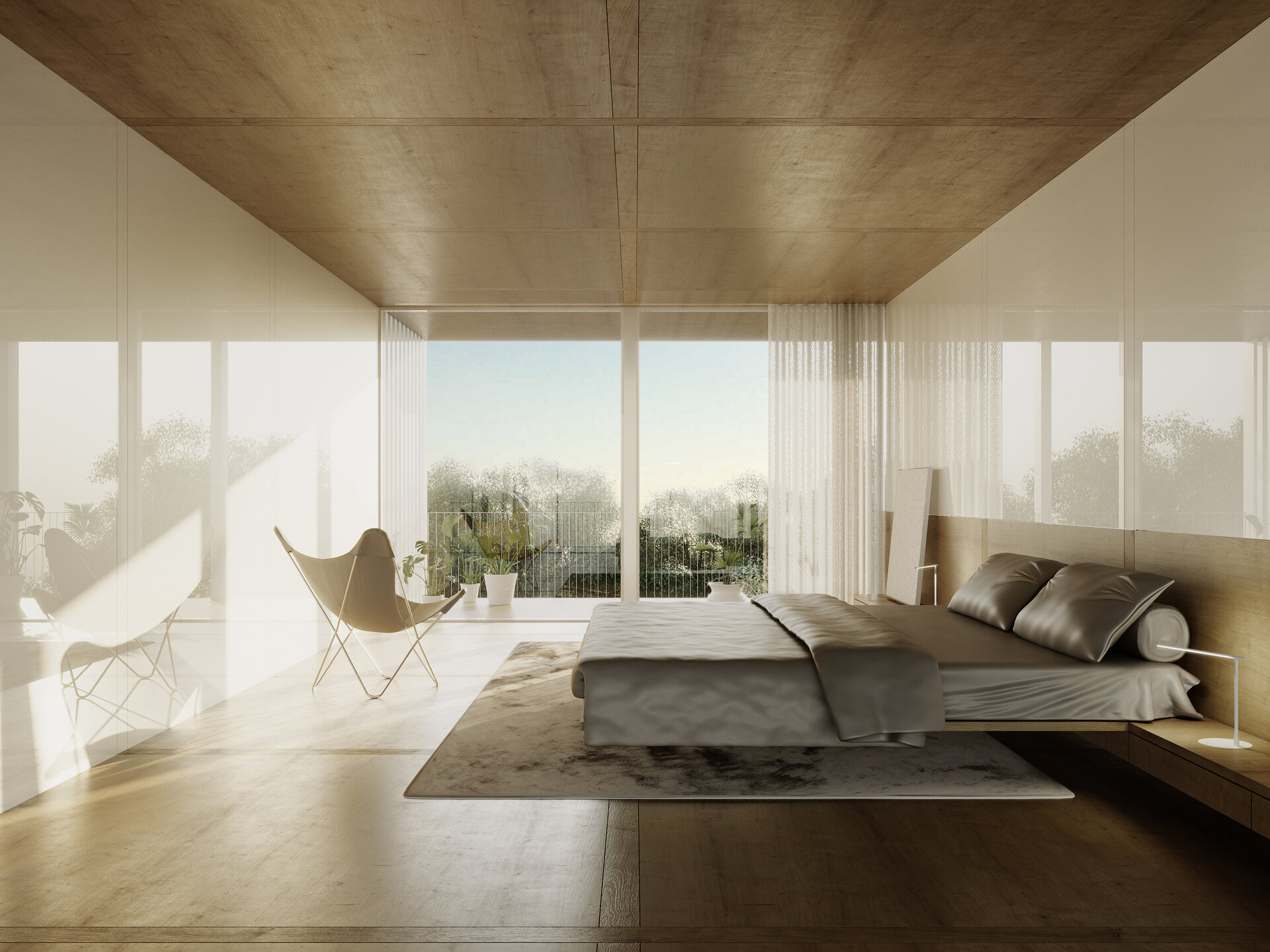 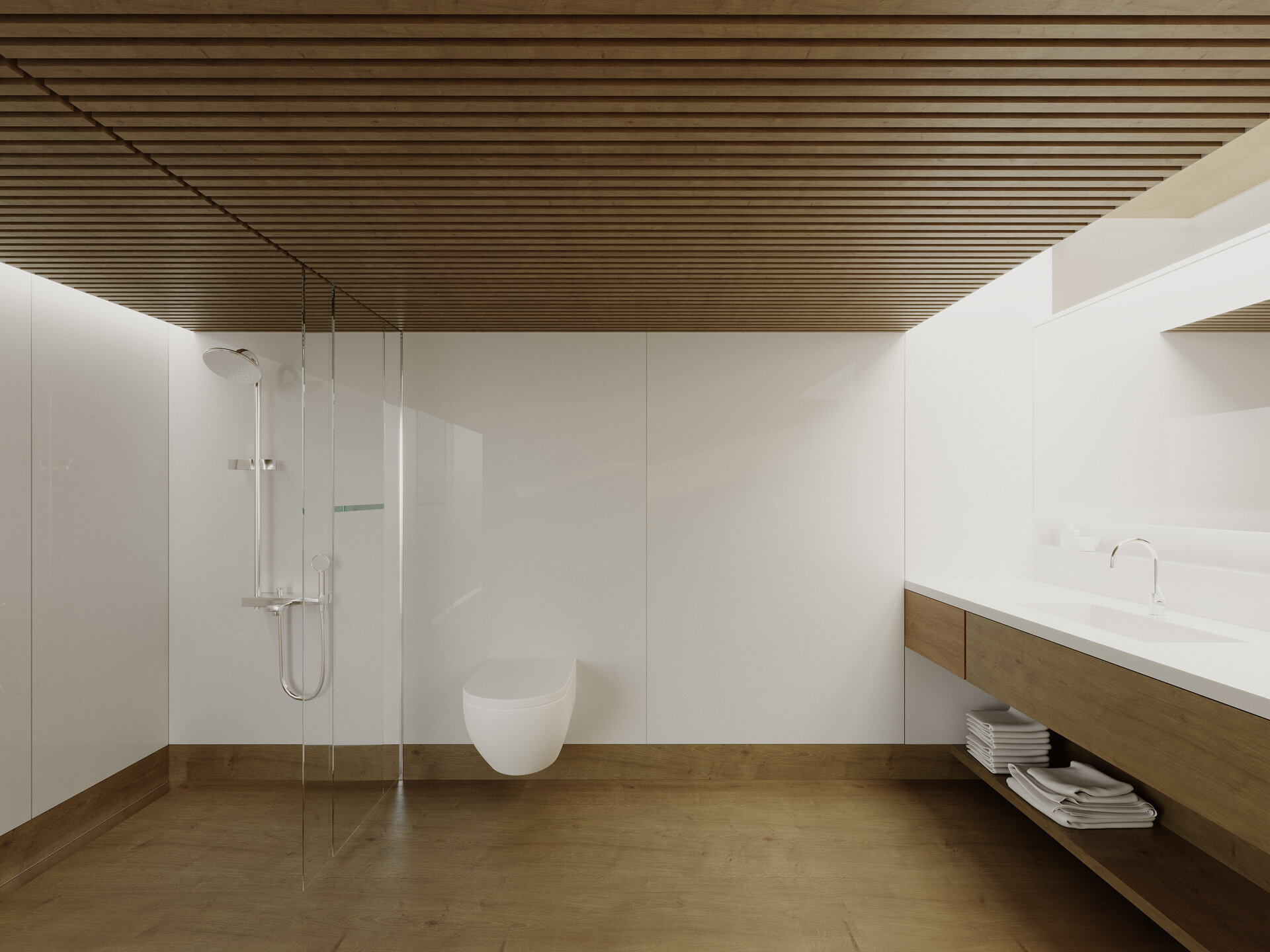 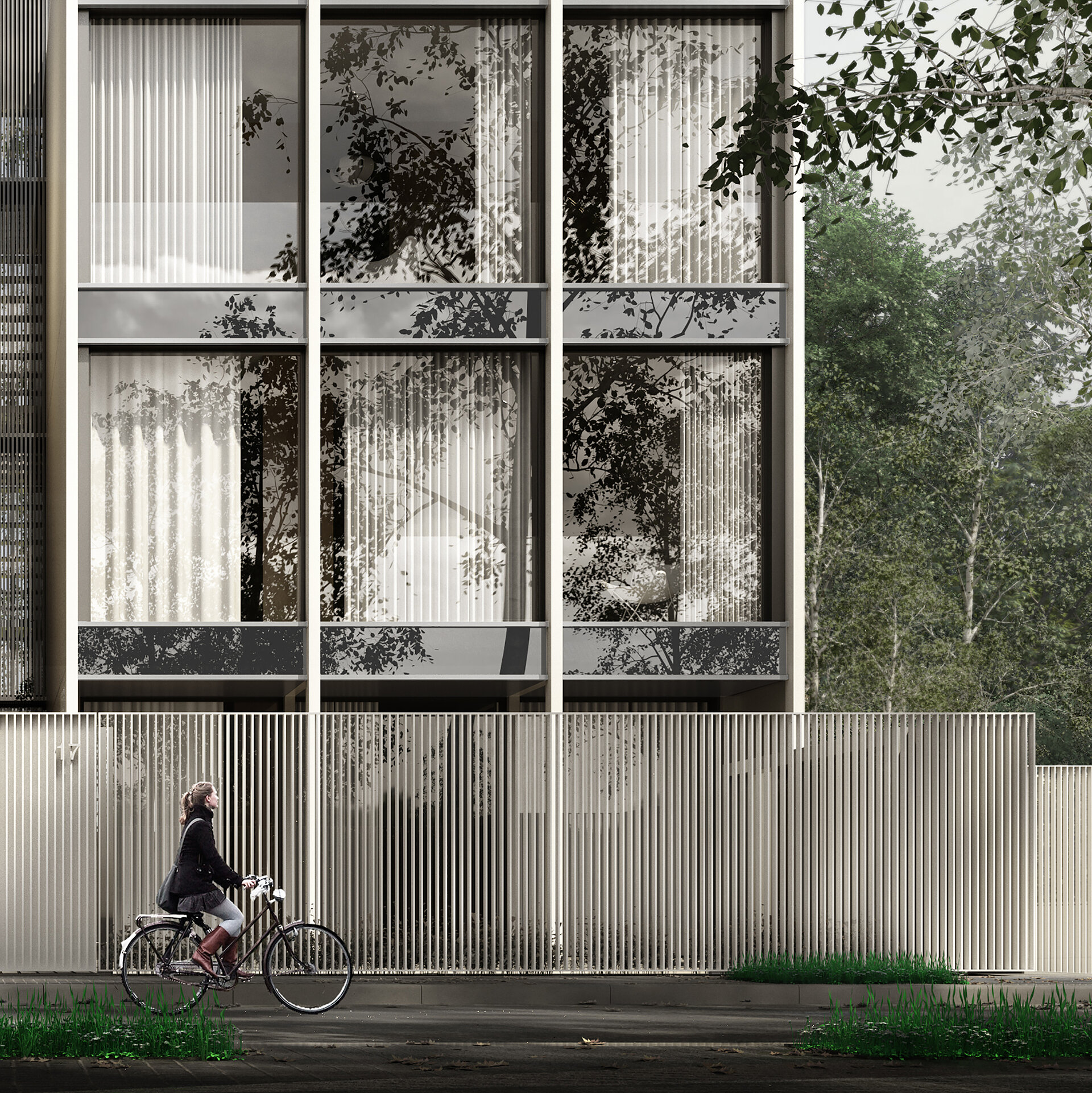