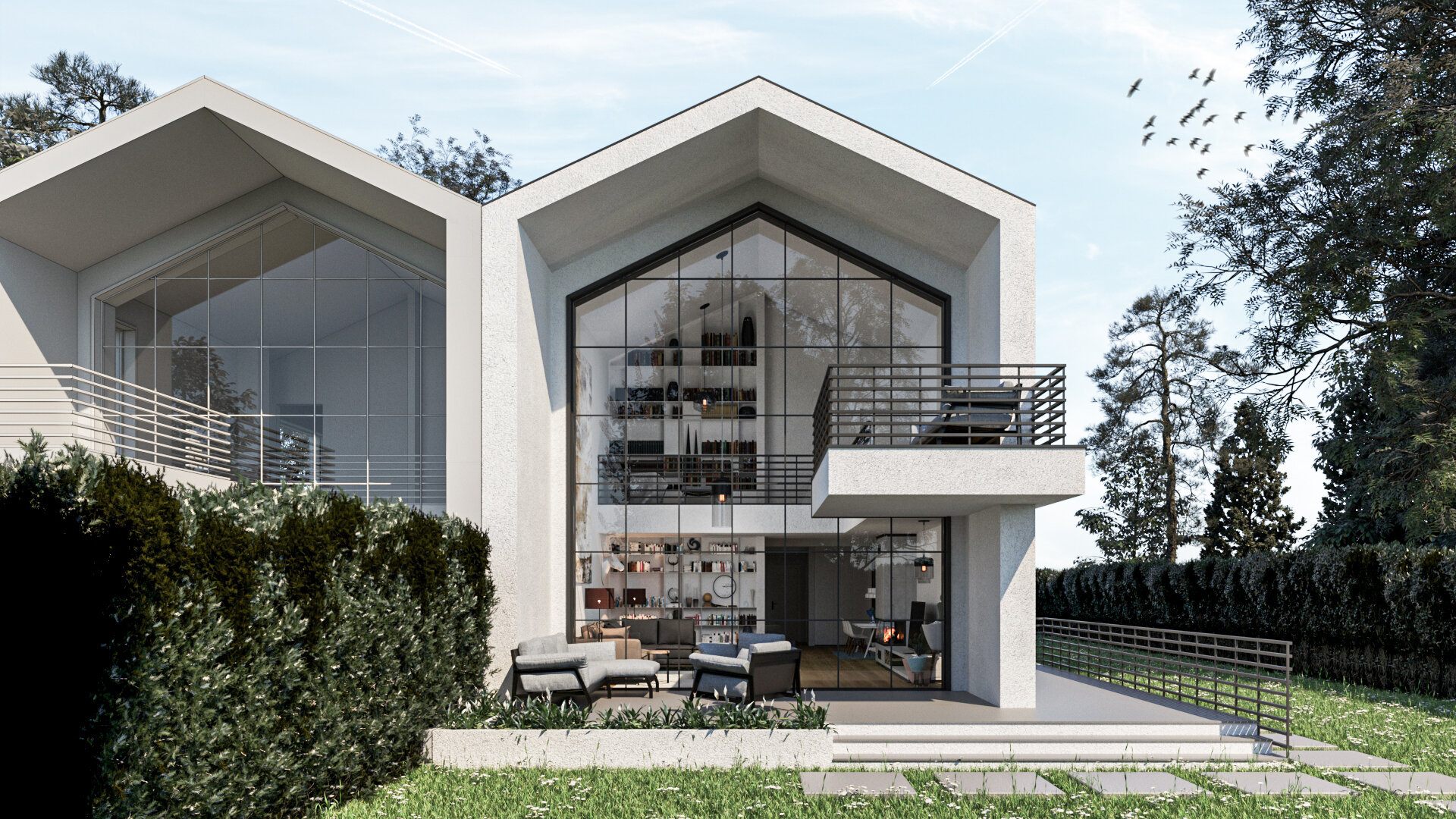 House with a library 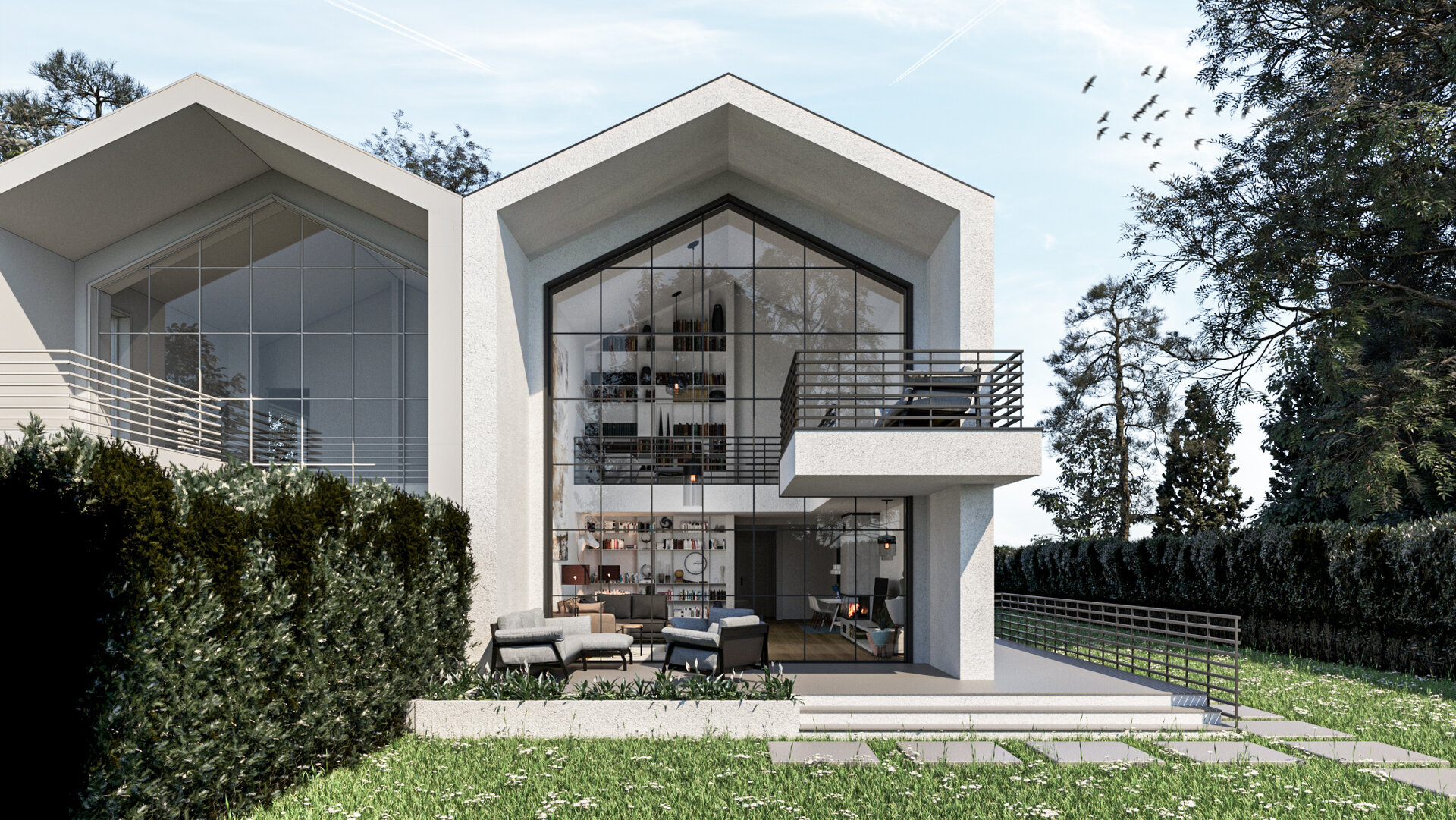 On a narrow plot of land in Otopeni I proposed a home for a young family, whose wishes were for the space to be compact and bright. According to the restrictions and the regulations of the area, the house was arranged on the boundary of the lot, so as to allow a subsequent attachment to the turf. Given the elongated shape, we proposed a gabled roof and a set of volumes that, together, would break the image of a "wagon". In the context in which the interior spaces receive light mostly from the South and East, the living and leisure areas are thought of as a united space, in which some rooms receive light through others, with large glazed surfaces. On the South area, we proposed a glass facade facing the terrace in the shape of the house, so that the interior space is shaded on hot summer days. The limited needs of the family in terms of number and area of rooms allowed the creation of a high living room, arranged on two levels, which includes a generous library, being the main area of interest for the young couple. 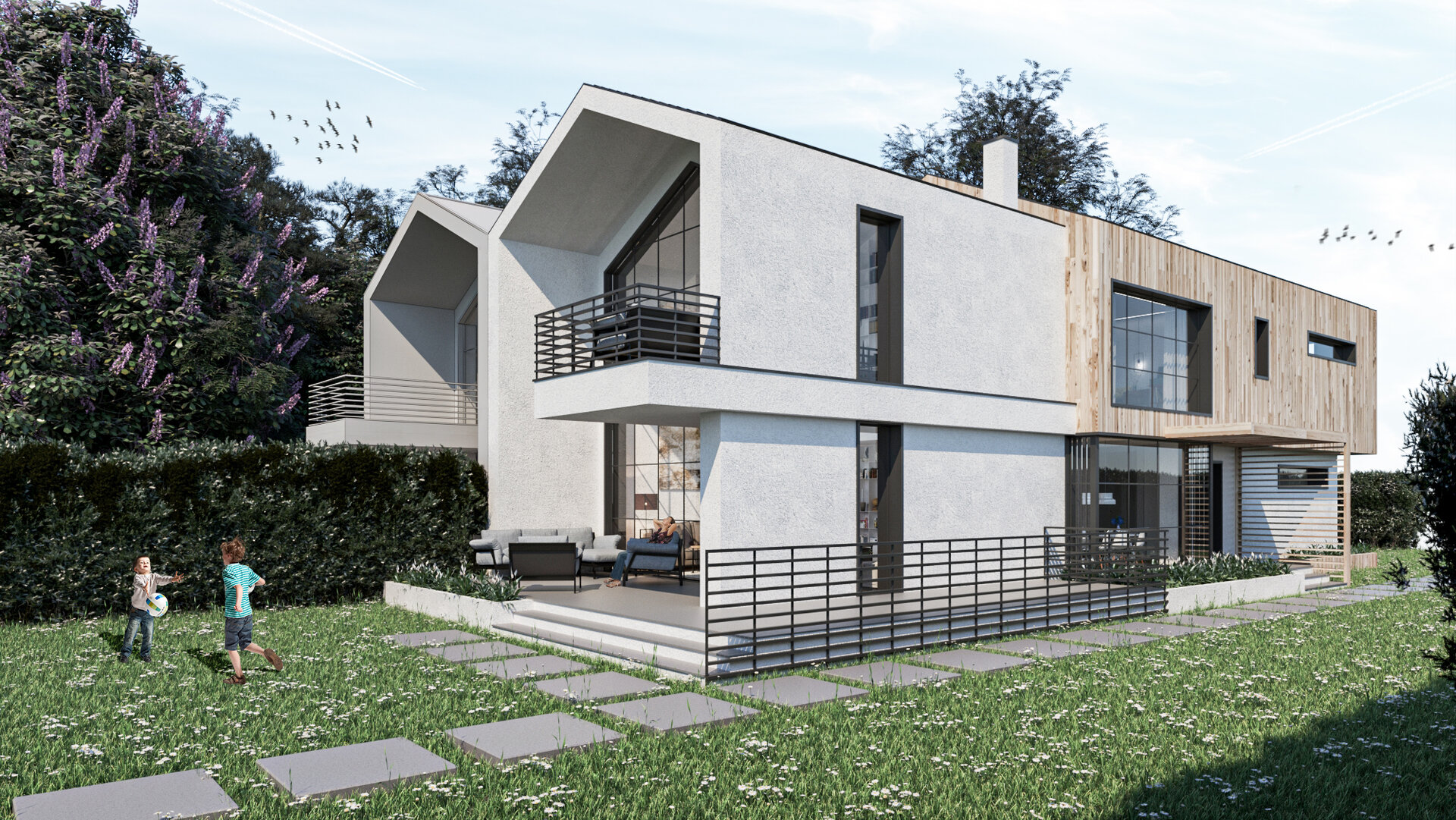 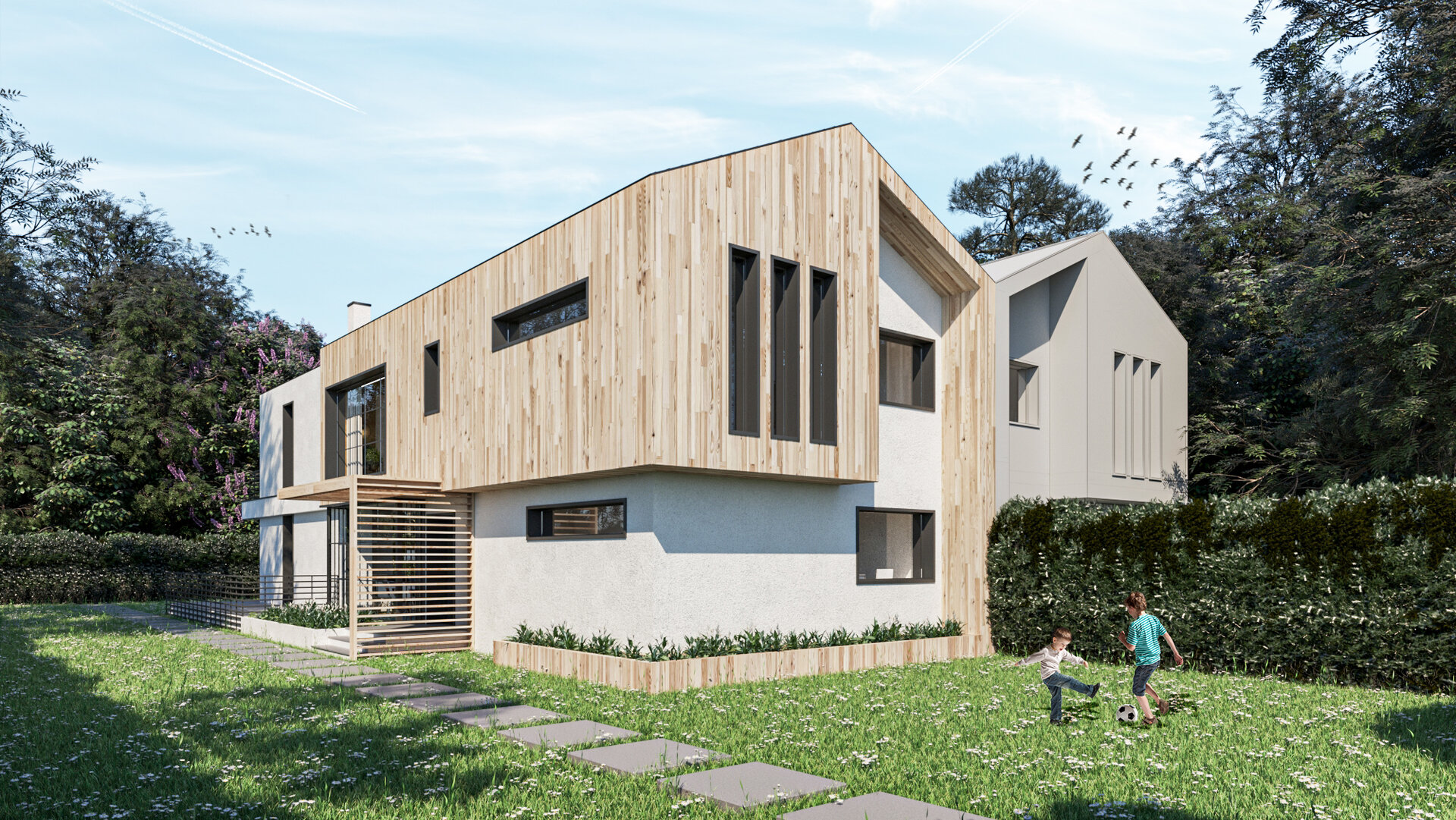 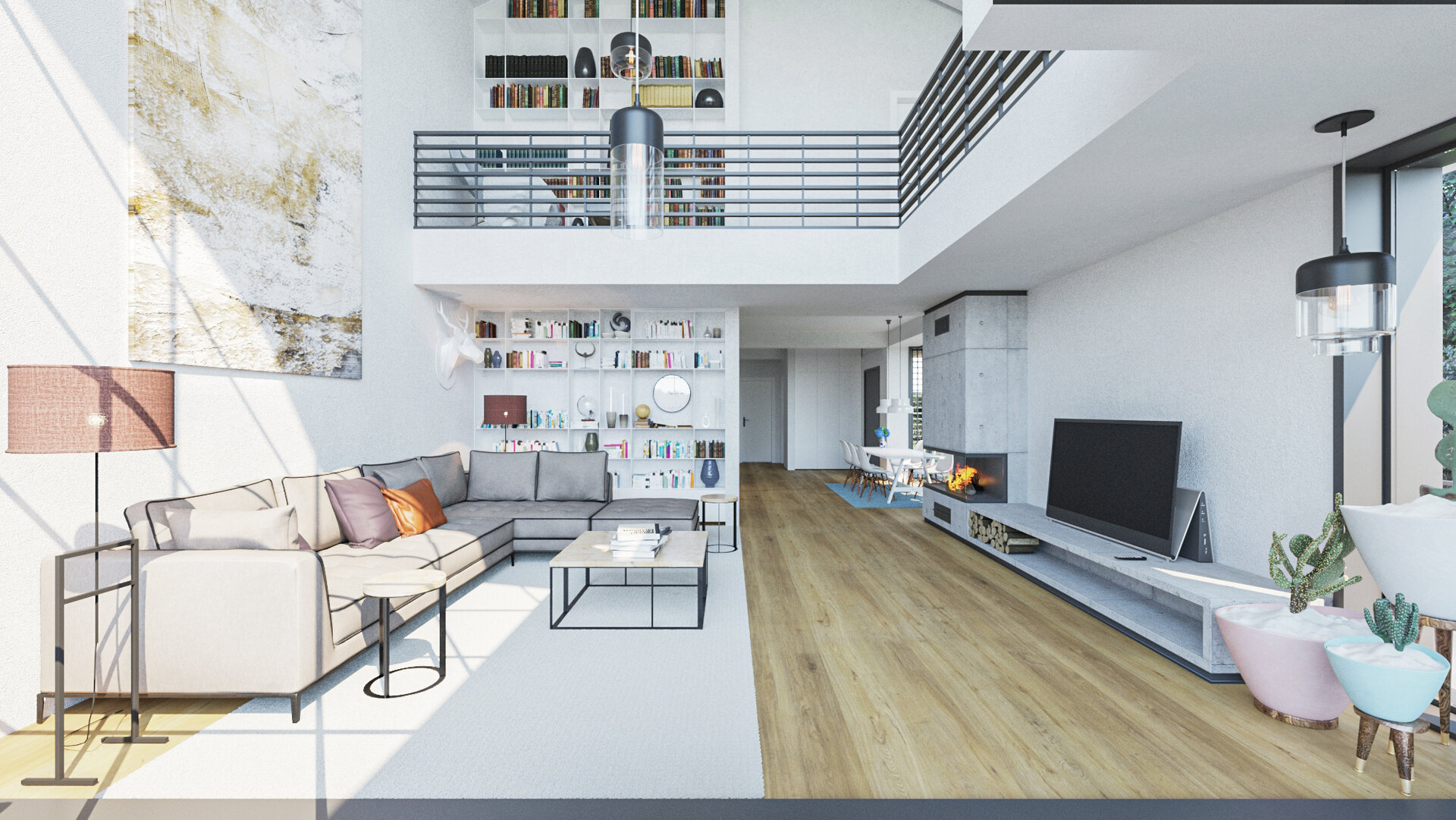 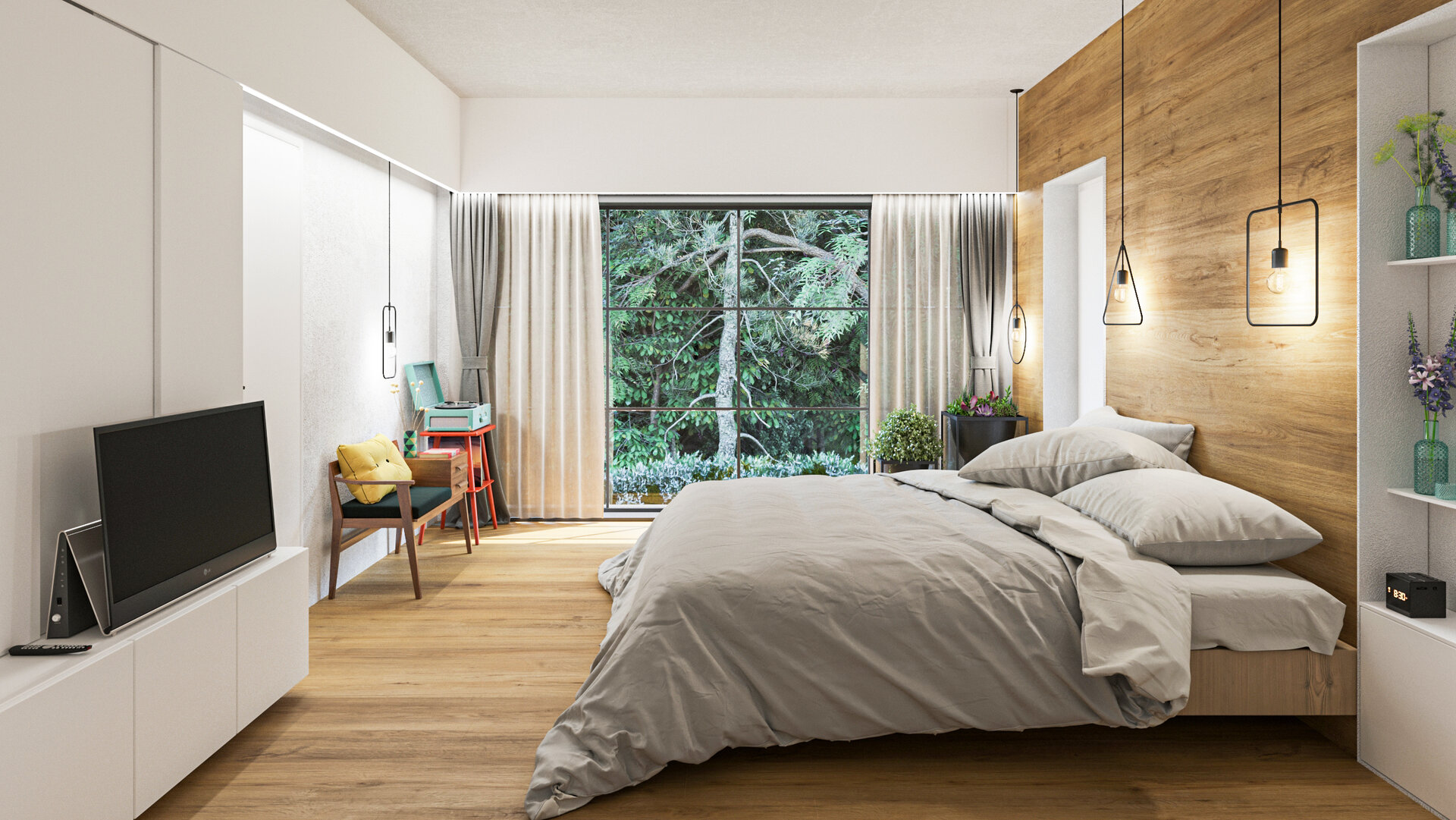 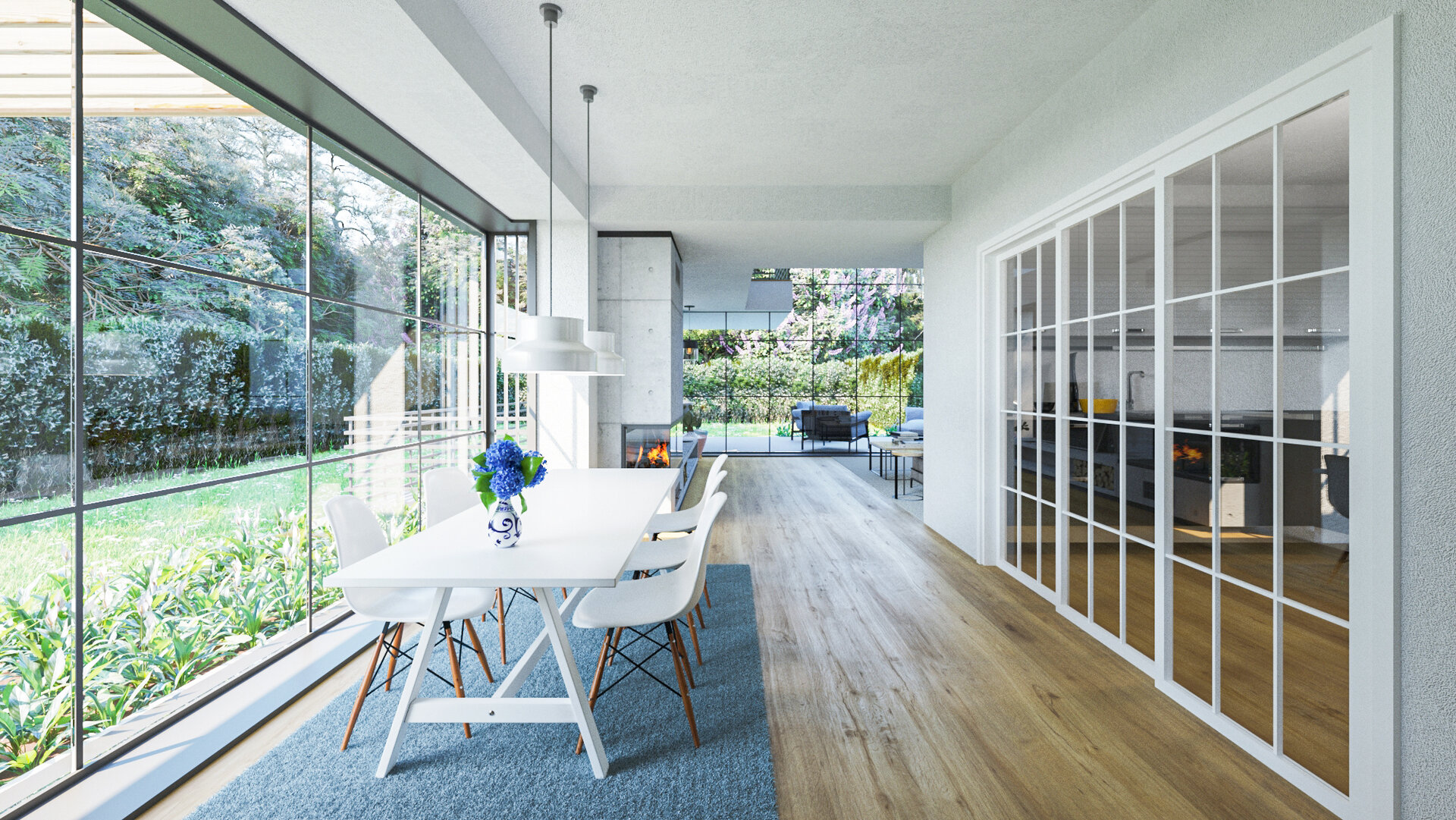 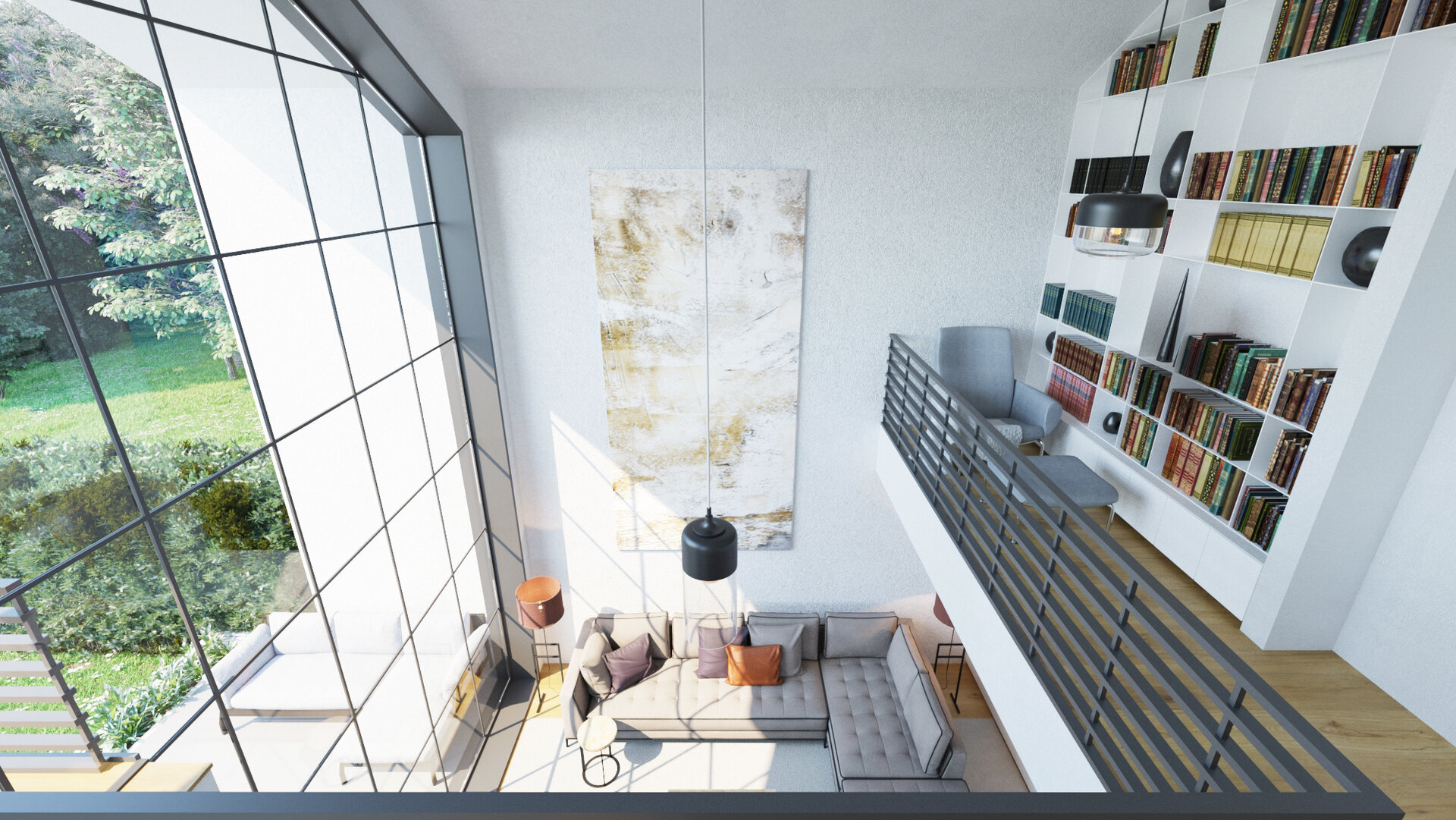 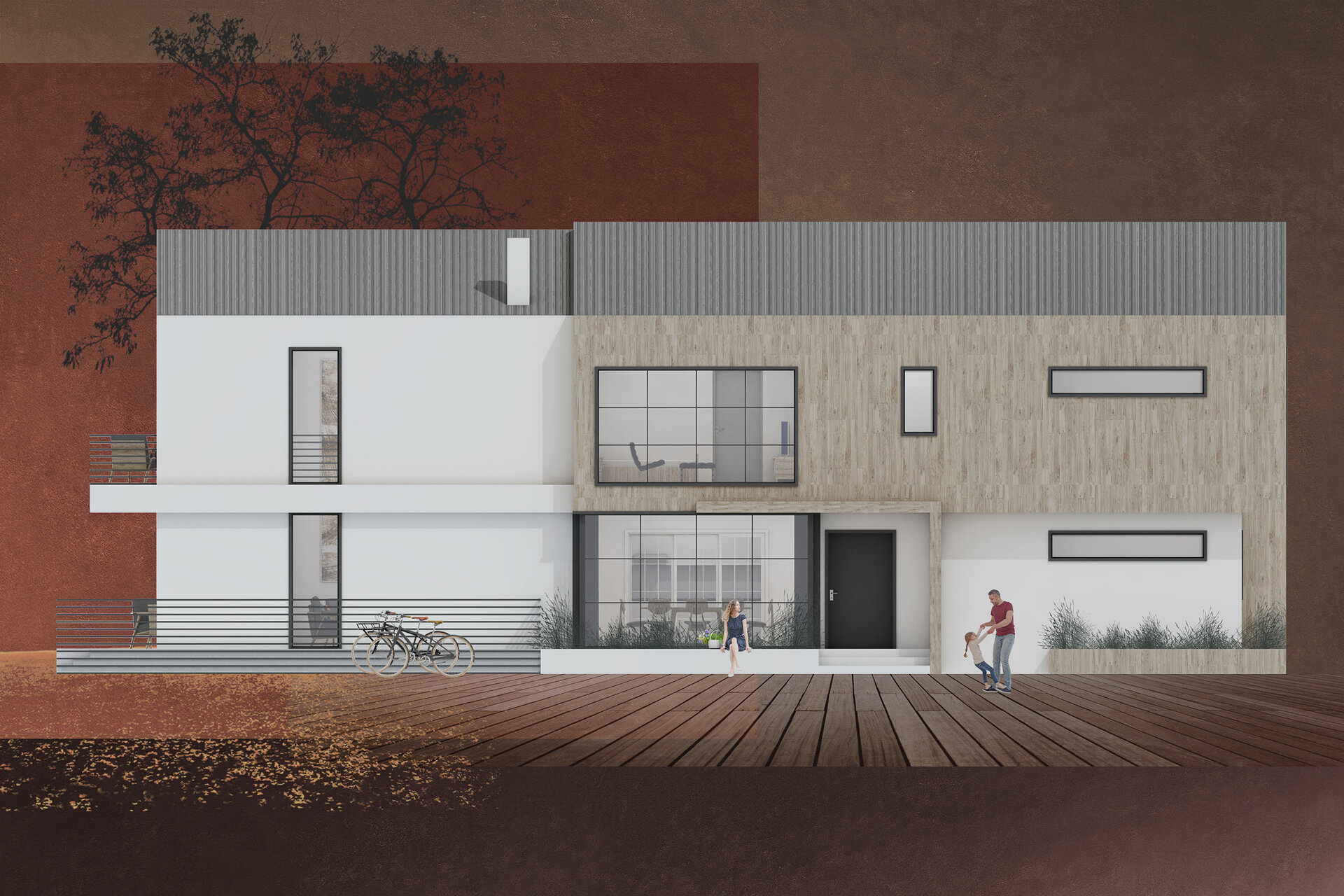 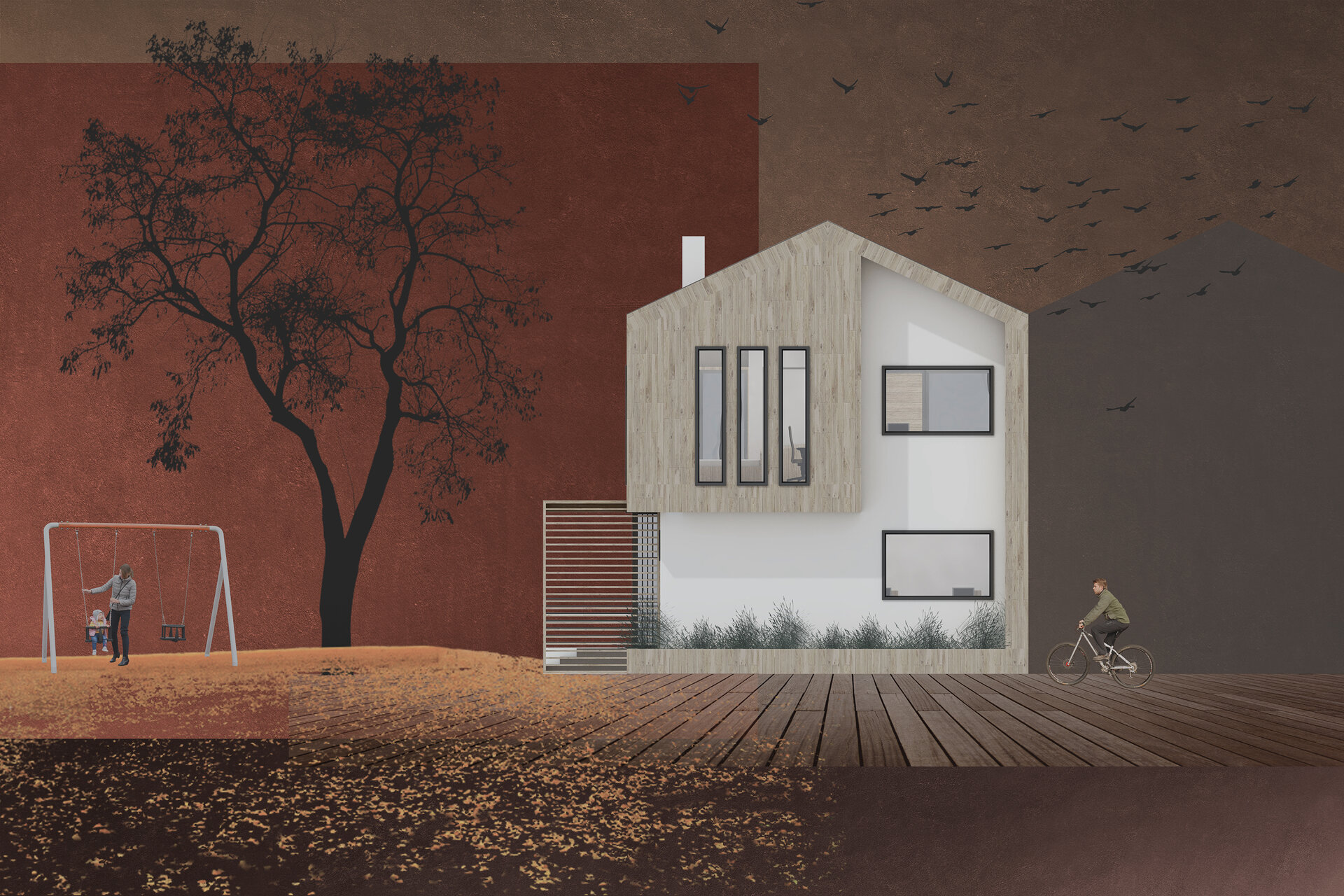 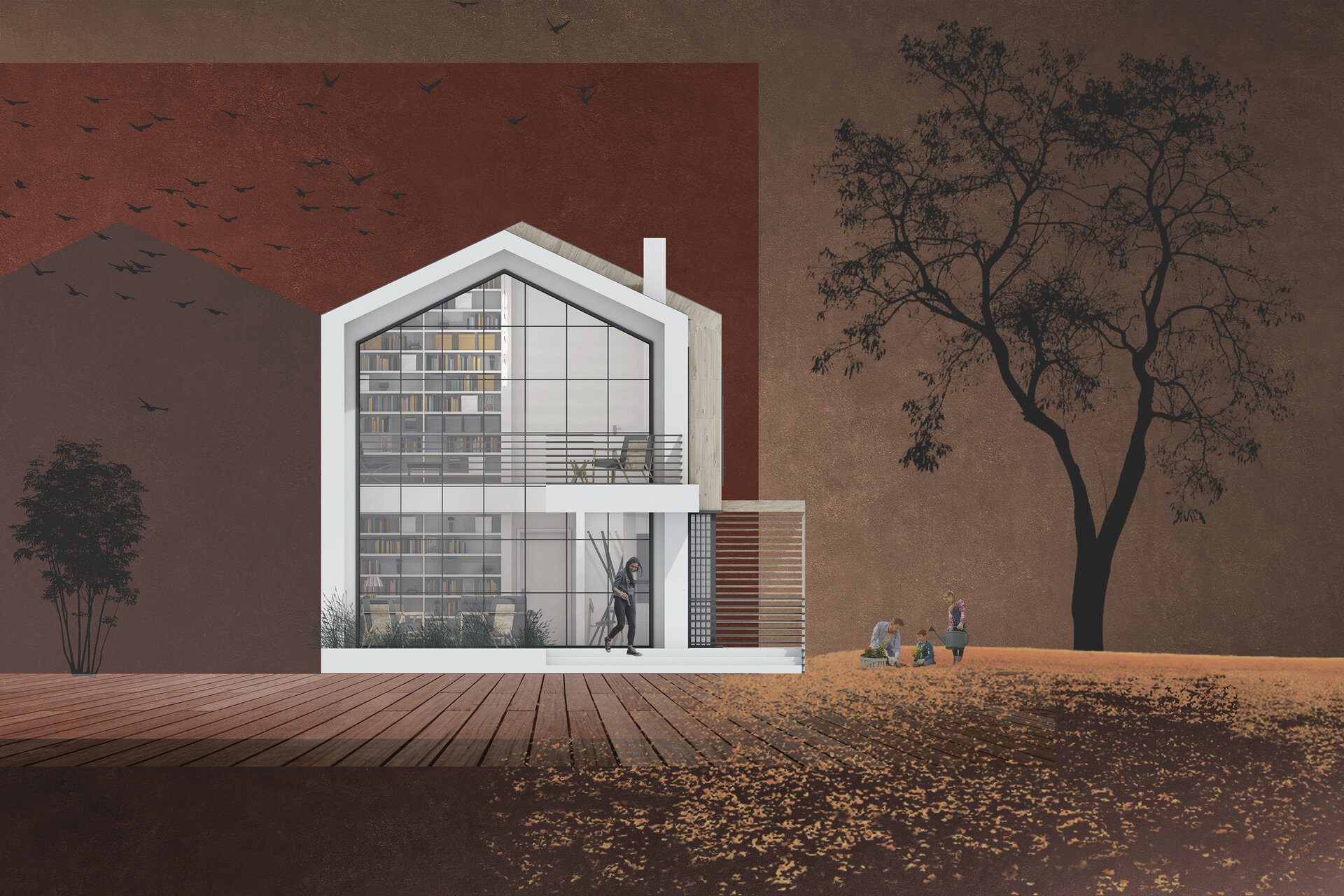 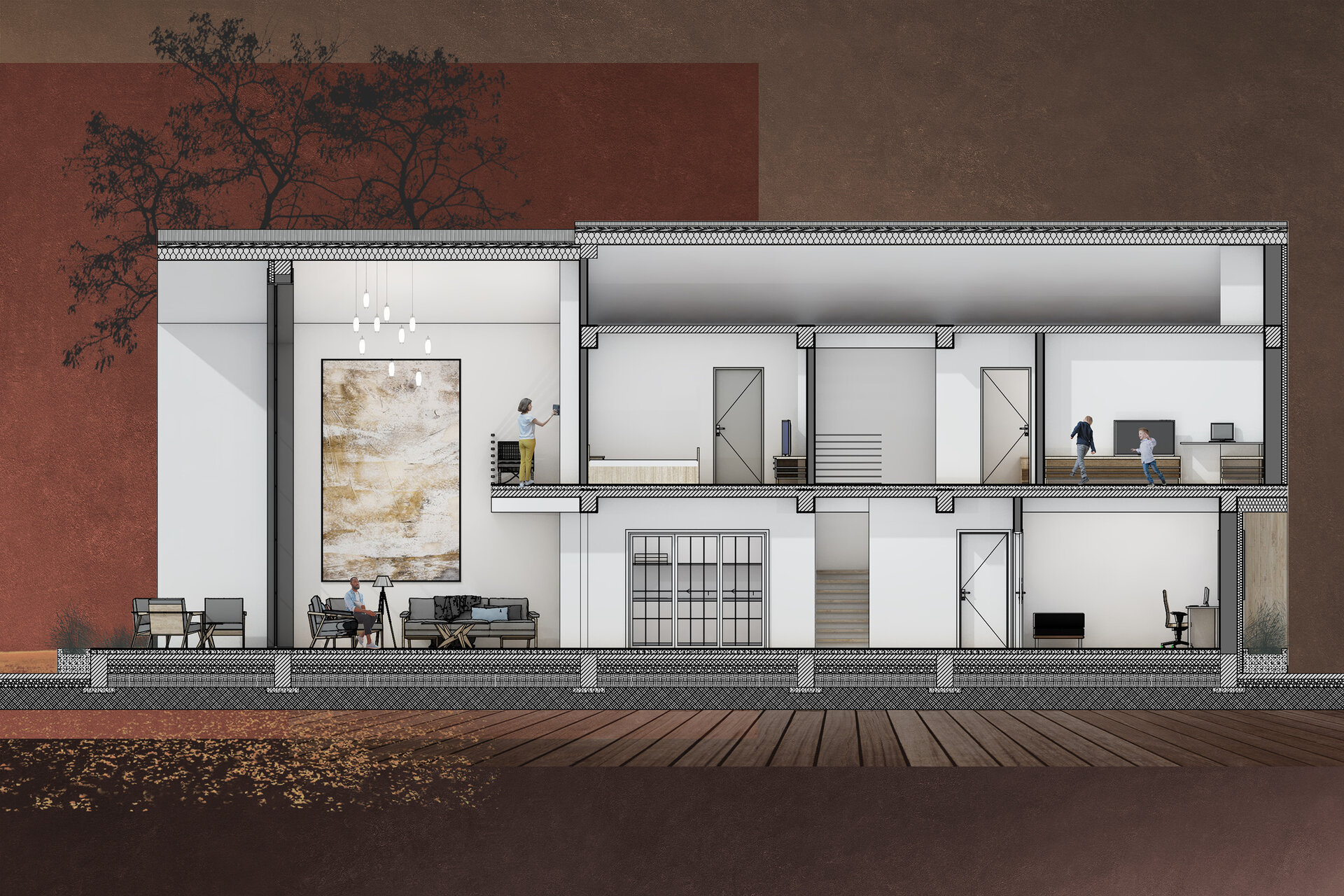 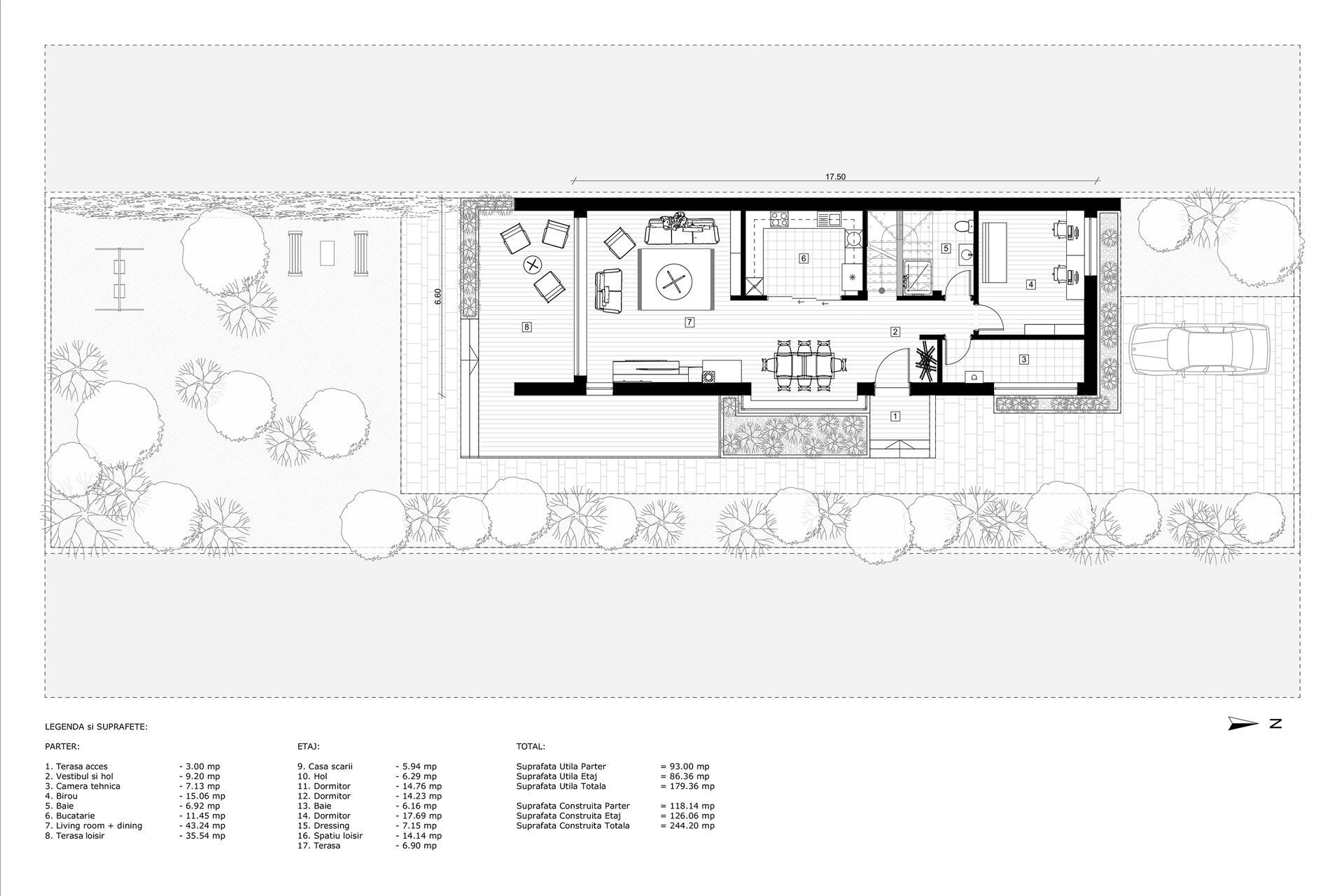 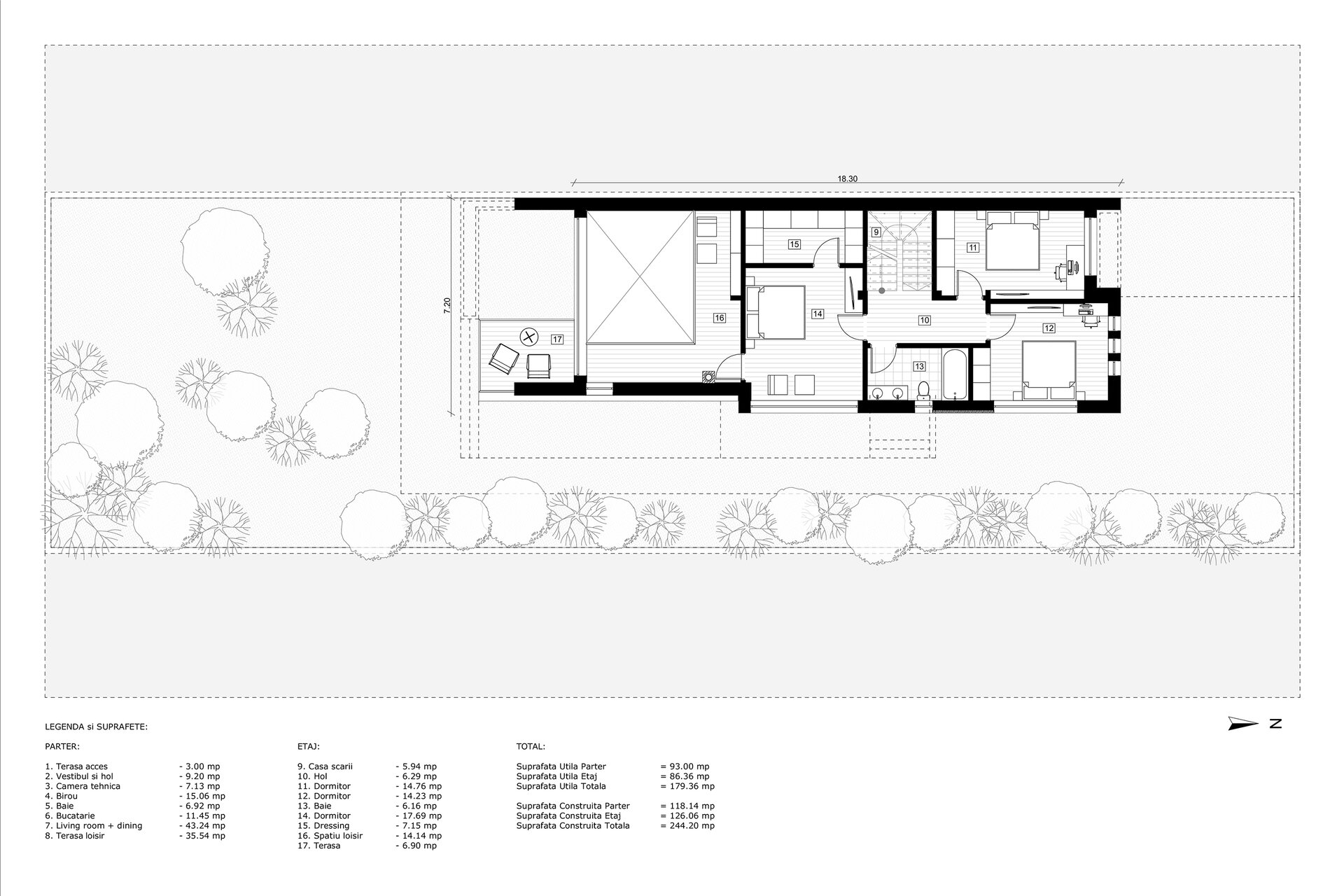 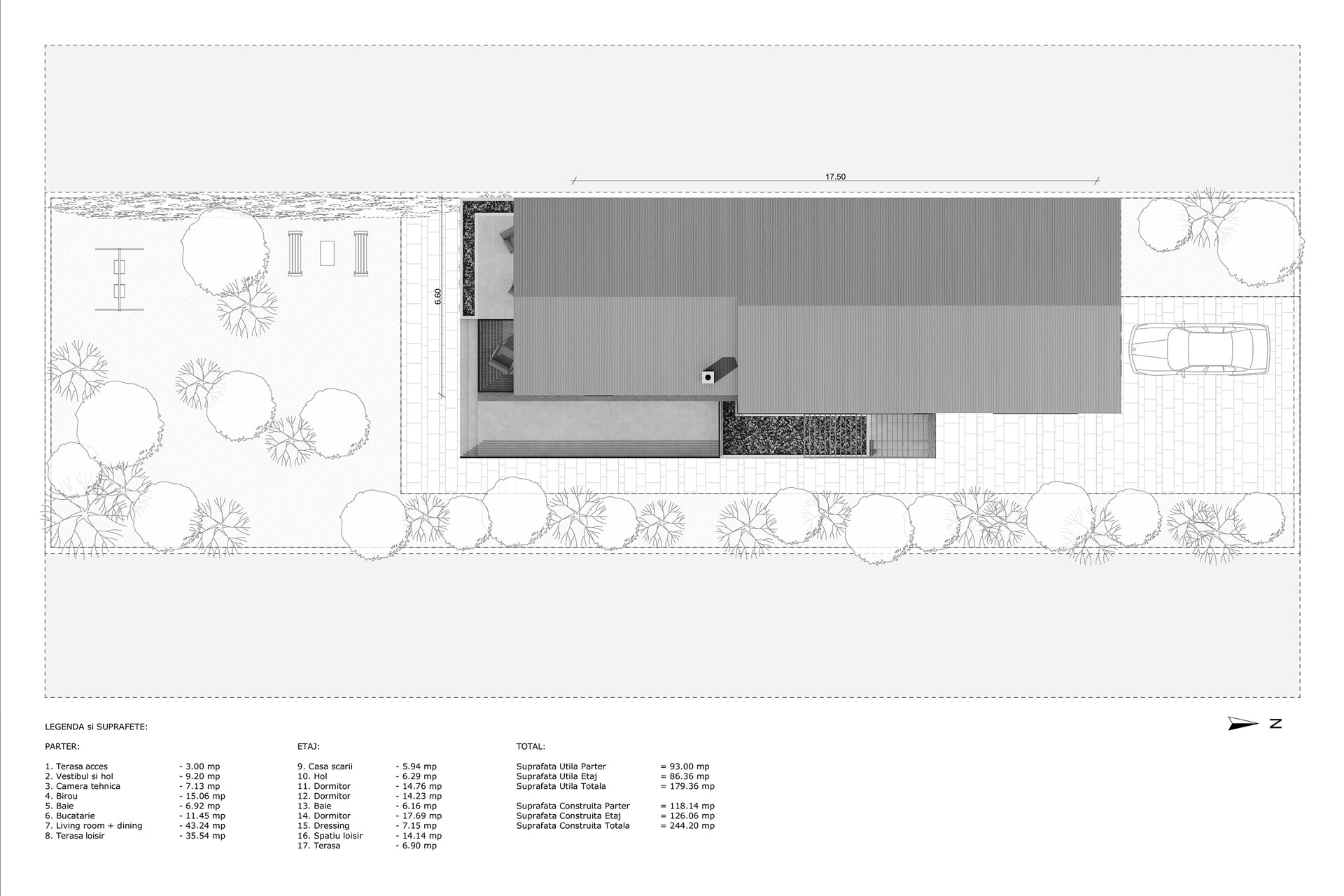