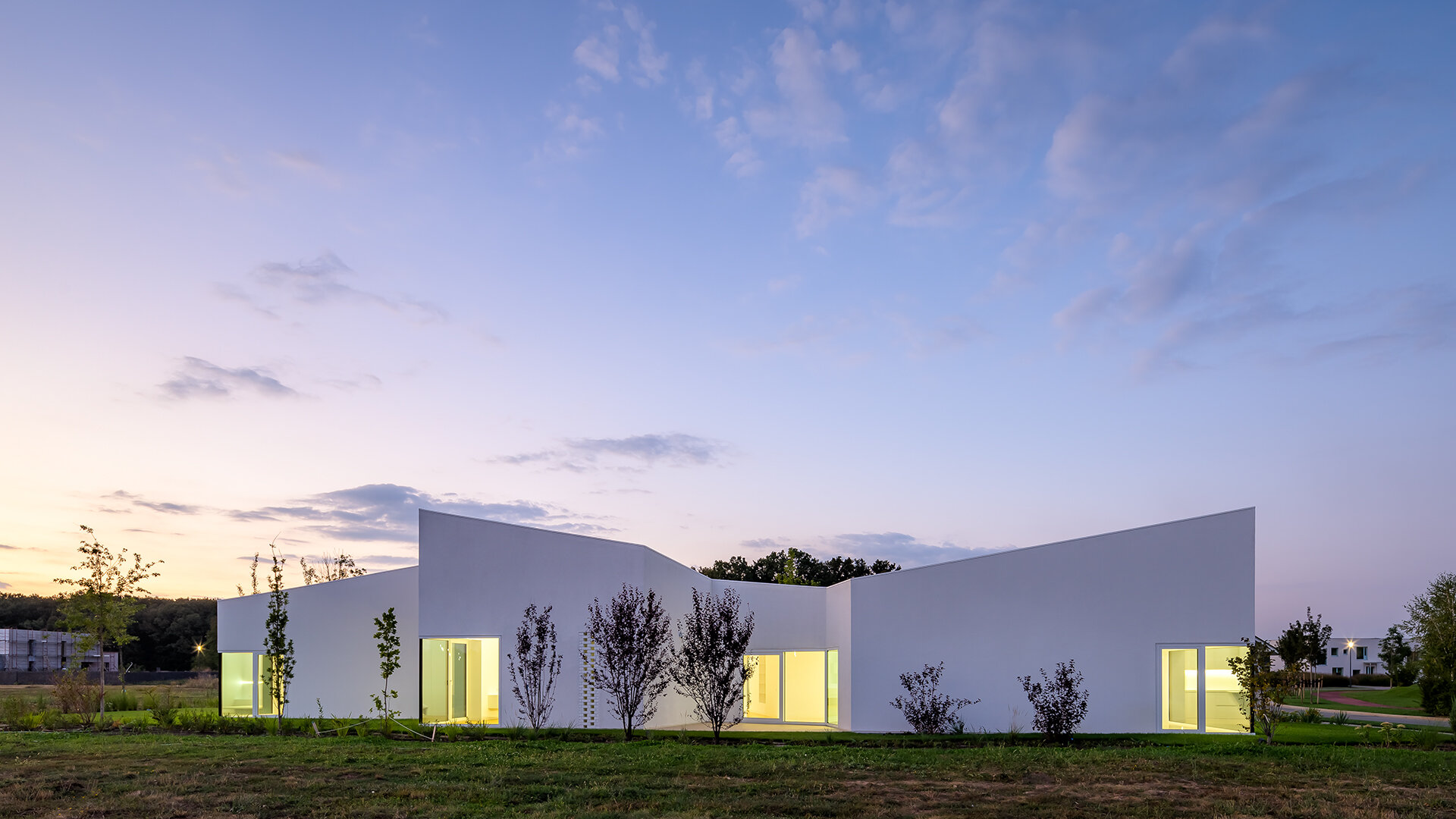 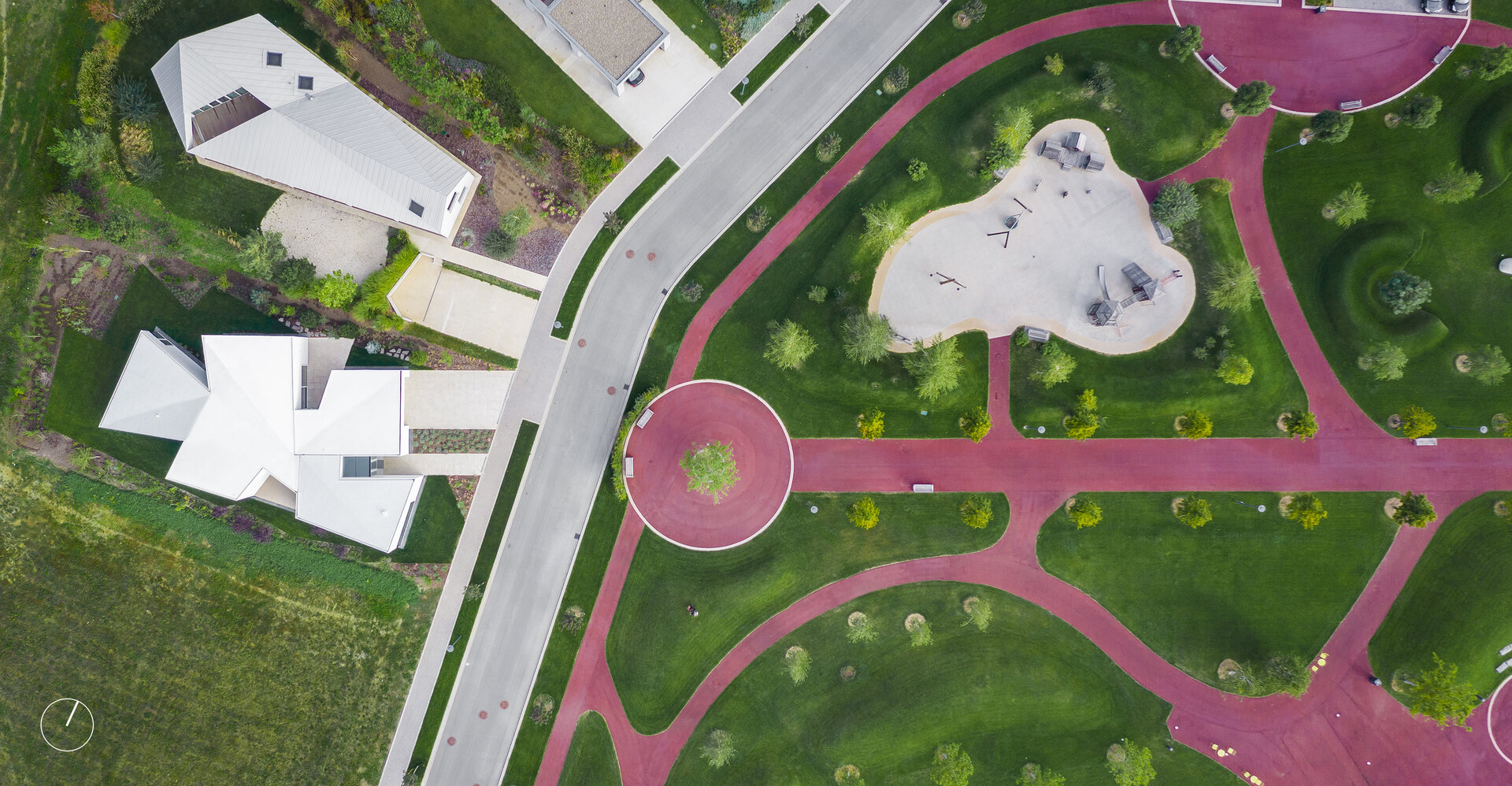 Dumbrava Vlăsiei is a huge endeavour which, once becoming a reality, will be by itself a small settlement. What is however defining for this project is not the dimension, but the will of the investors to create a residential complex under the auspices of architecture. After the realization of a master plan, several architecture offices were invited to design some houses, in the attempt to start the road from a level which outlines from the beginning the level of the standards.
The house designed by us is in the group of the first finished buildings which flank on a small side a large green space. The axis of the park’s main alley intersects the site on an oblique direction. This axis generated the direction of the access into the house.
The house, which has an area of approx. 300 square meters on a plot of almost 1000 square meters, is composed of a living room, a dining room, a kitchen, a master bedroom, two bedrooms and a garage for two cars, given that the majority of people which live or will live here will need to commute to Bucharest about 35 km.
Considering the exceptional quality of the site with a lot of vegetation, parks and which is itself surrounded by a forest, one of the generating ideas of the project was the orientation of the house towards all sides of the site, in order to capture interesting images from the surroundings. The building is like a creature whose tentacles explore with interest the site defining between them exterior spaces belonging to the construction, where those who live can stay in open air but also in privacy, protected from the surroundings.
Inside, the space is articulated along a circulation spine which serves the “tentacles”, each containing a function.
The daytime zone is fluent, the dining room and the kitchen forming a large space near the entrance.
The roof, formed of several low sloping sides, contributes to the creation of an undulating movement disposed horizontally which we believe is well integrated in the field landscape on which the house is situated.
Through this movement of the roof we also created a vertical hierarchy of the spaces, the living room being the highest space, being followed by the master bedroom, the dining room, and so on.
Also supporting this idea of expressing the dynamic volume, we chose the colour white, which in its neutrality makes visible the compositional play.
The roof movement is also perceivable from inside through the continuously ascending and descending ceiling which creates the sensation of a flowing space which we wanted to highlight through the glass clerestories above the interior walls.
The furniture is subordinated to architecture and it comprises wall integrated bookcases and closets, drawers, beds. The kitchen island, as an independent element, was conceived too in a free geometry in consonance with the house.
The corner windows underline the idea of a tentacular house, “curious” to explore the surroundings. 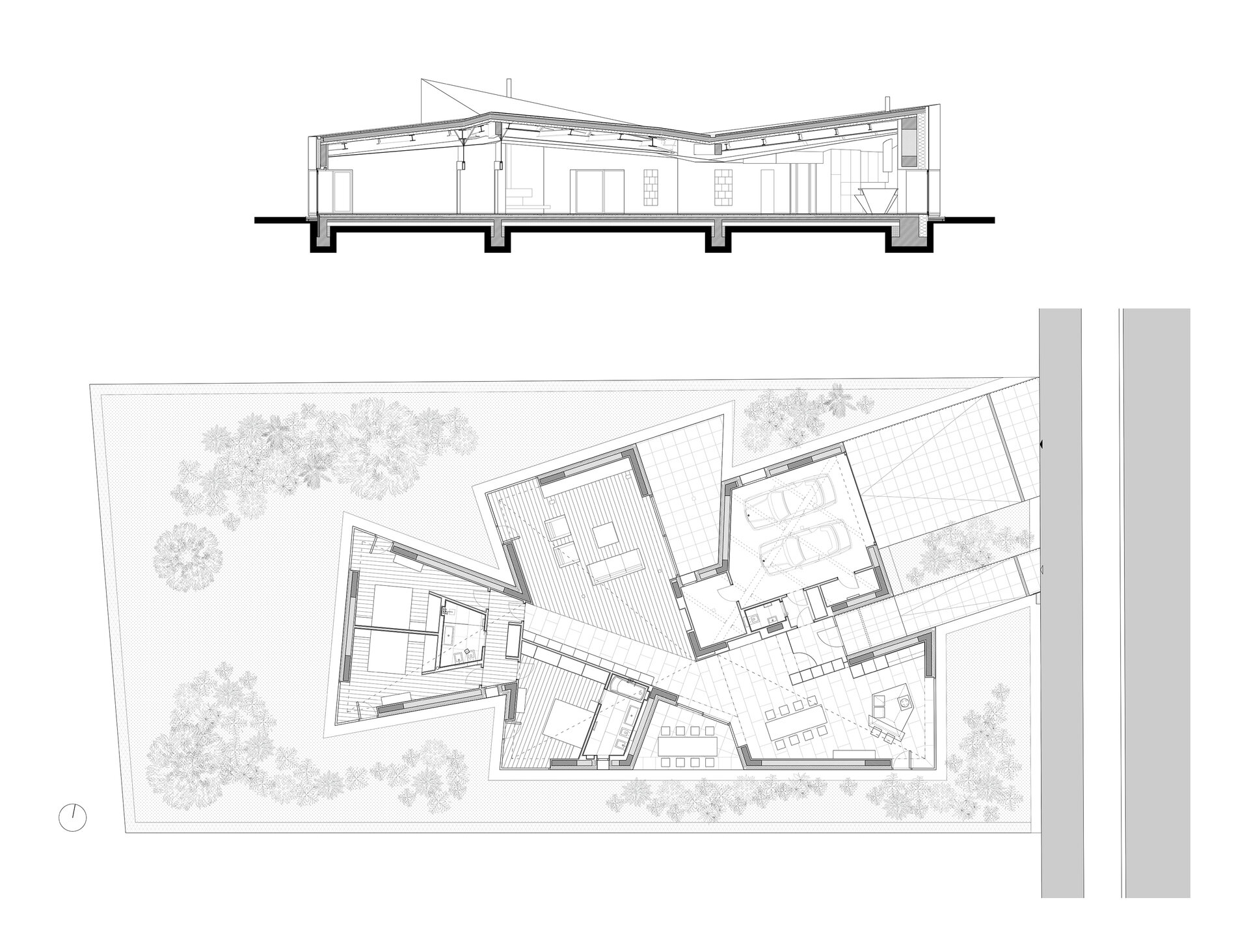 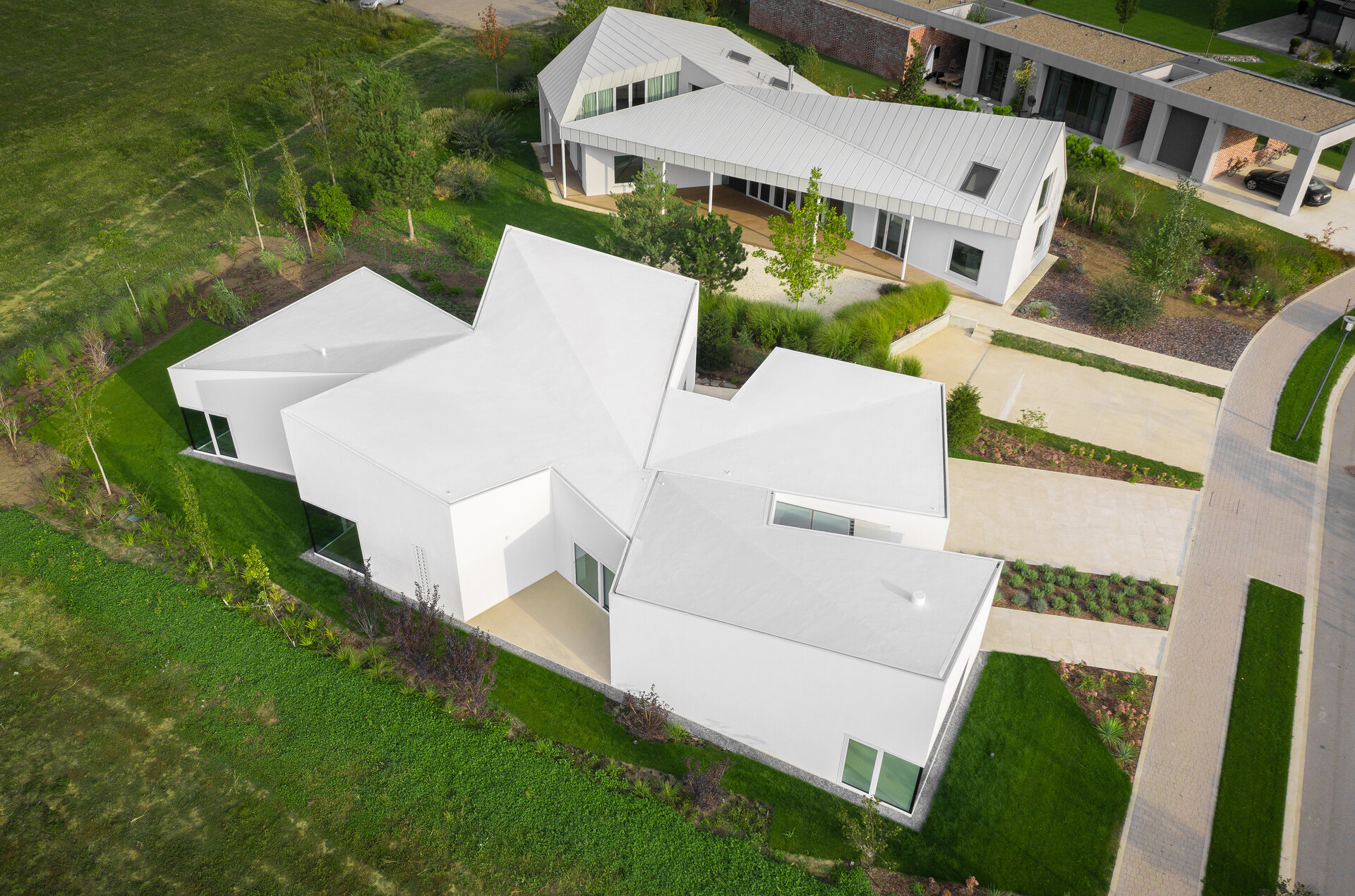 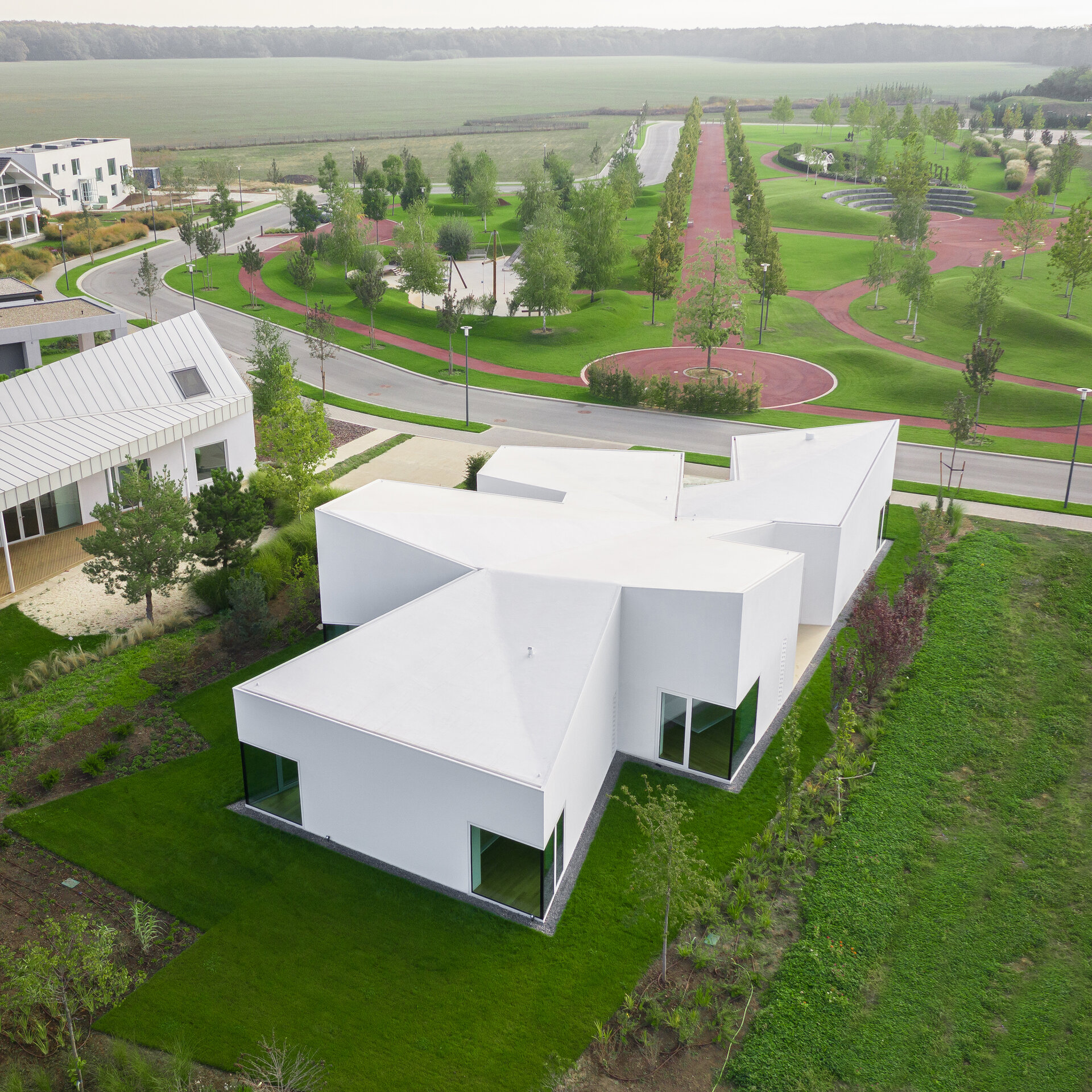 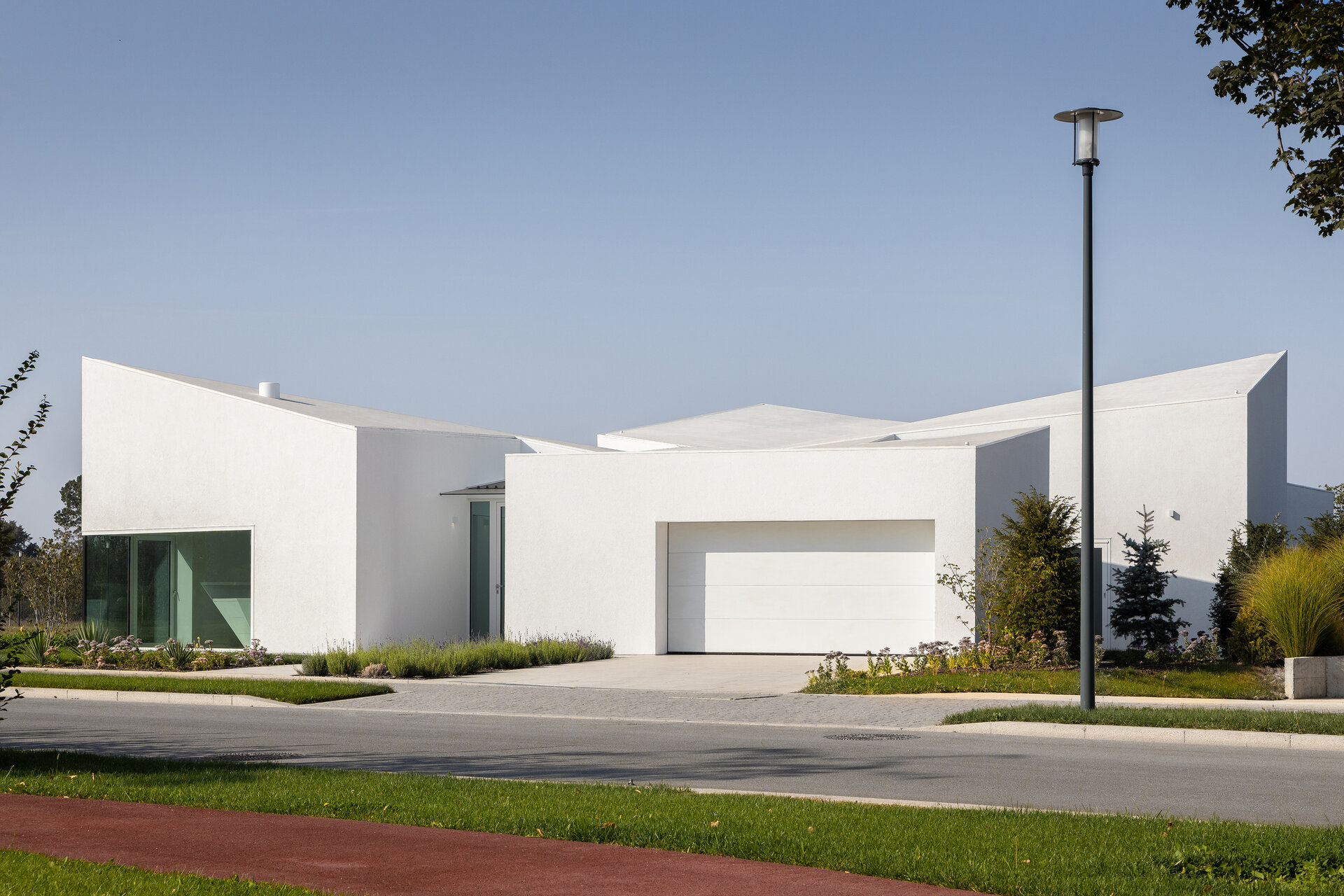 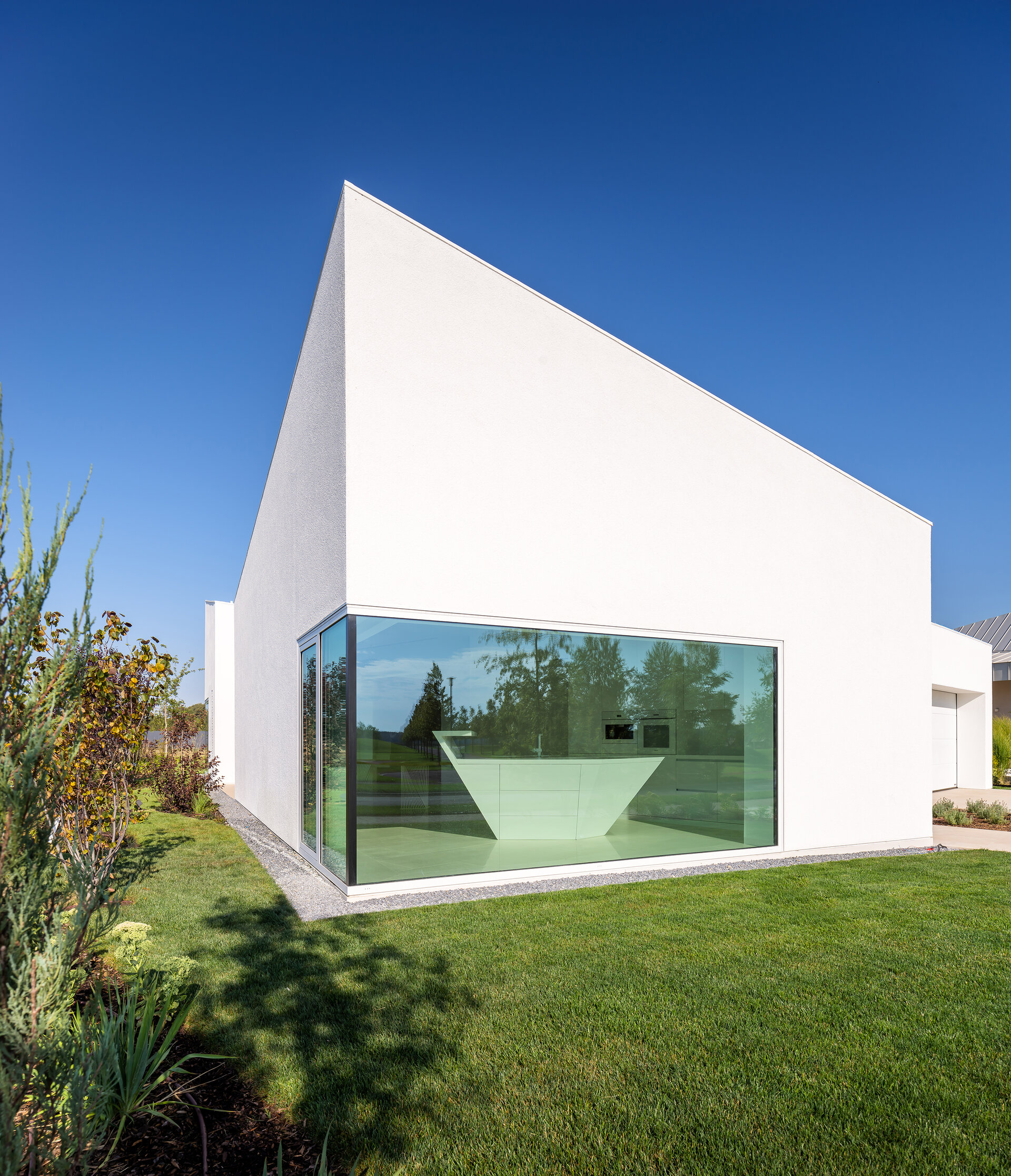 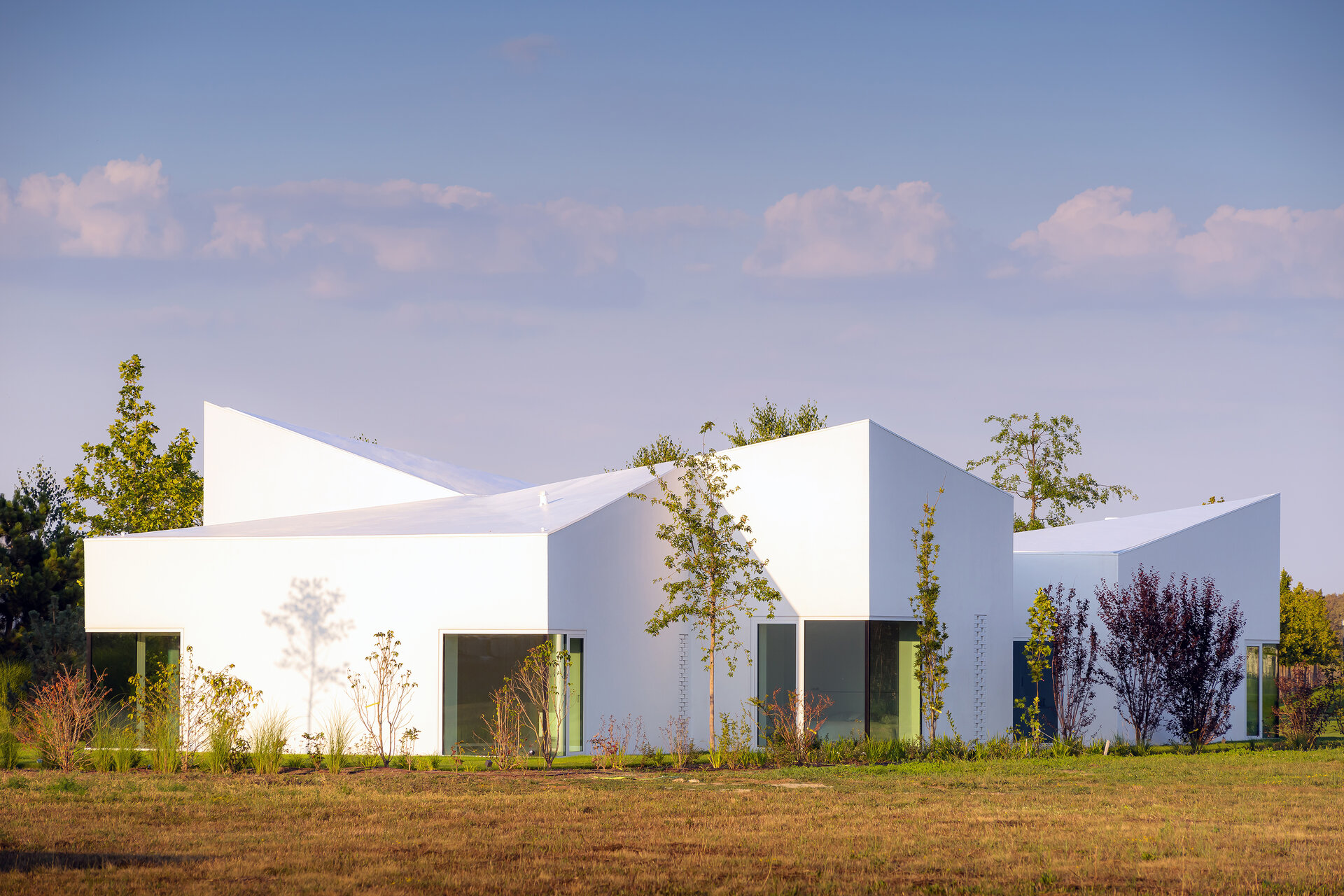 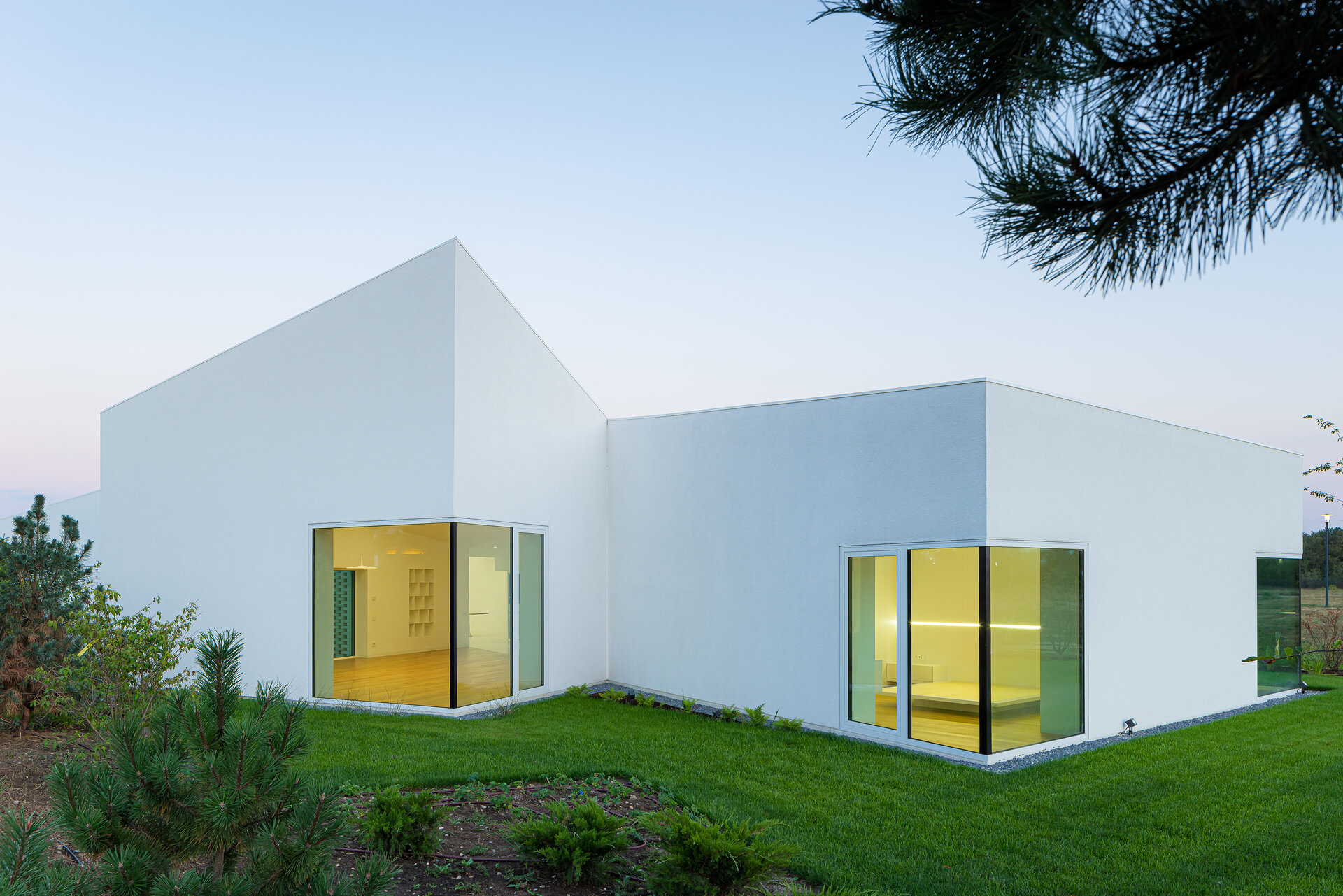 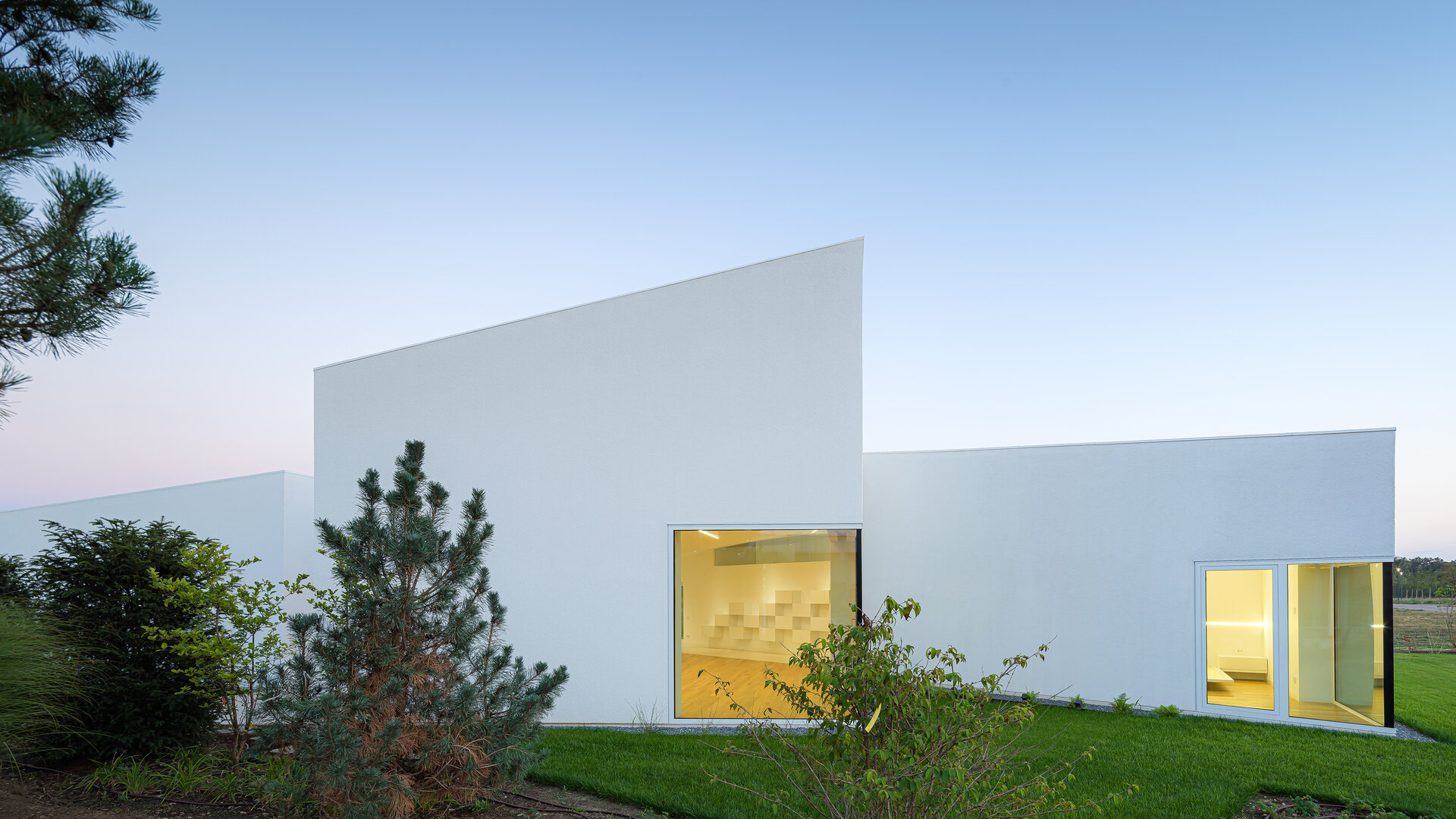 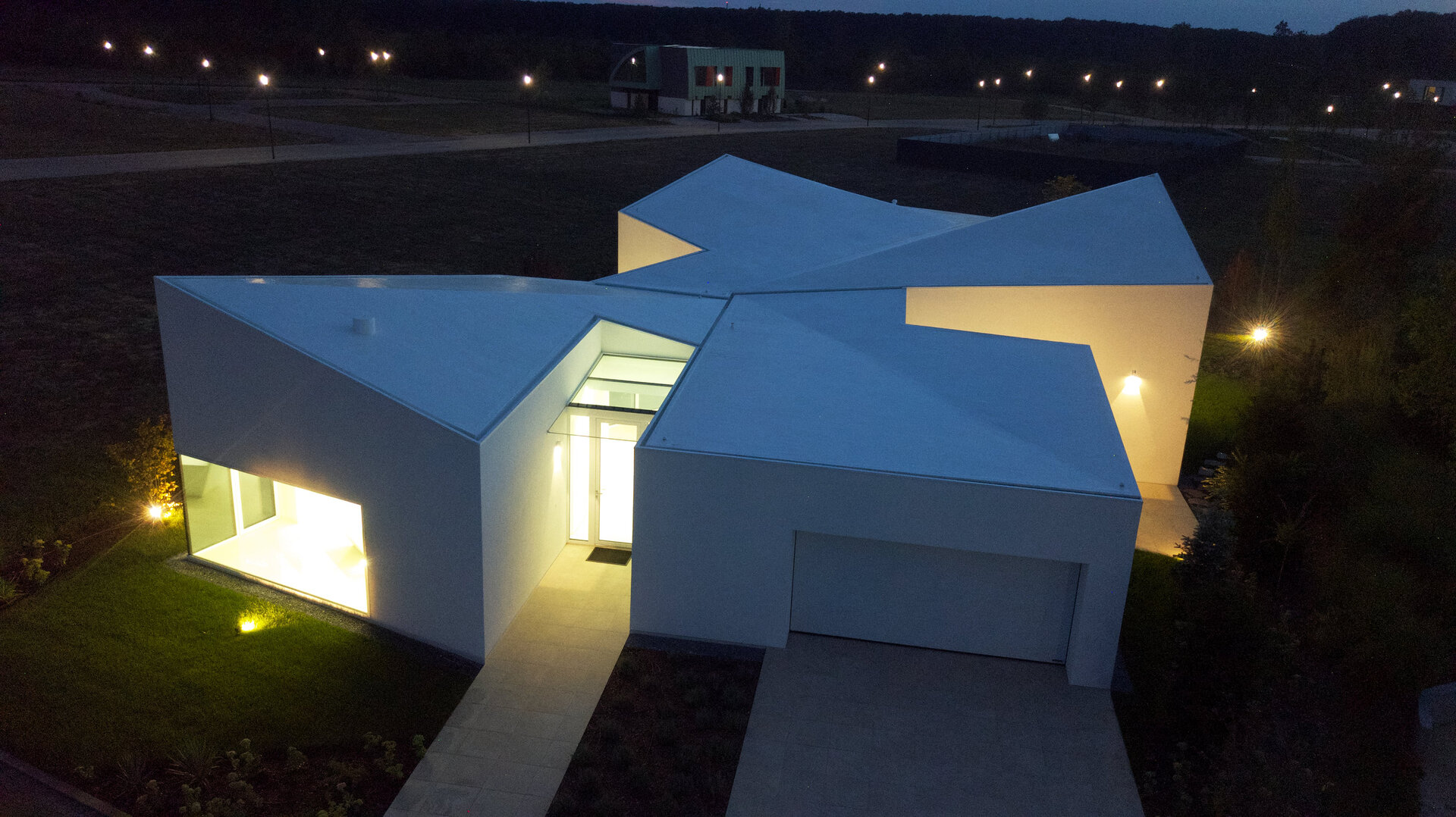 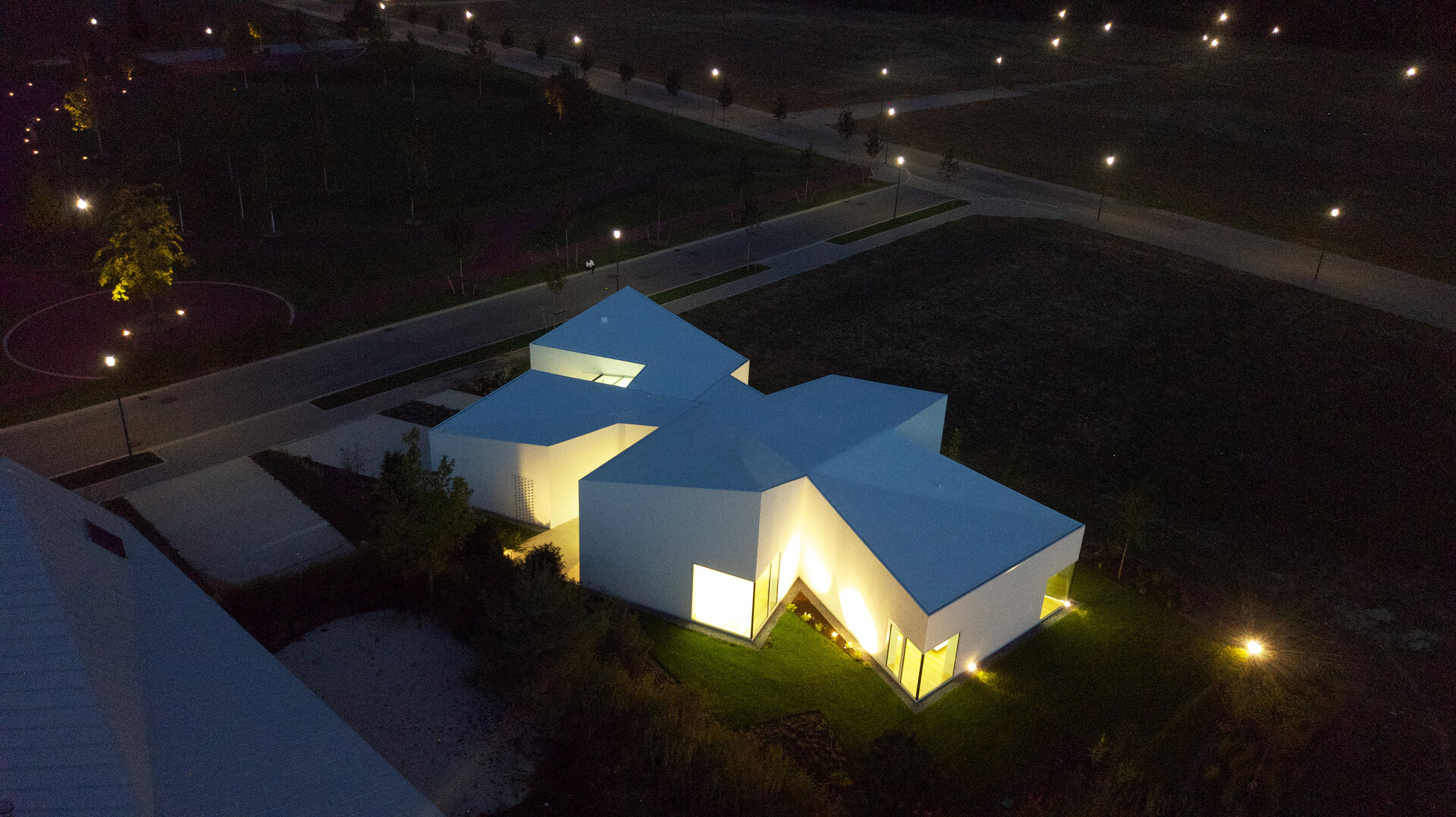 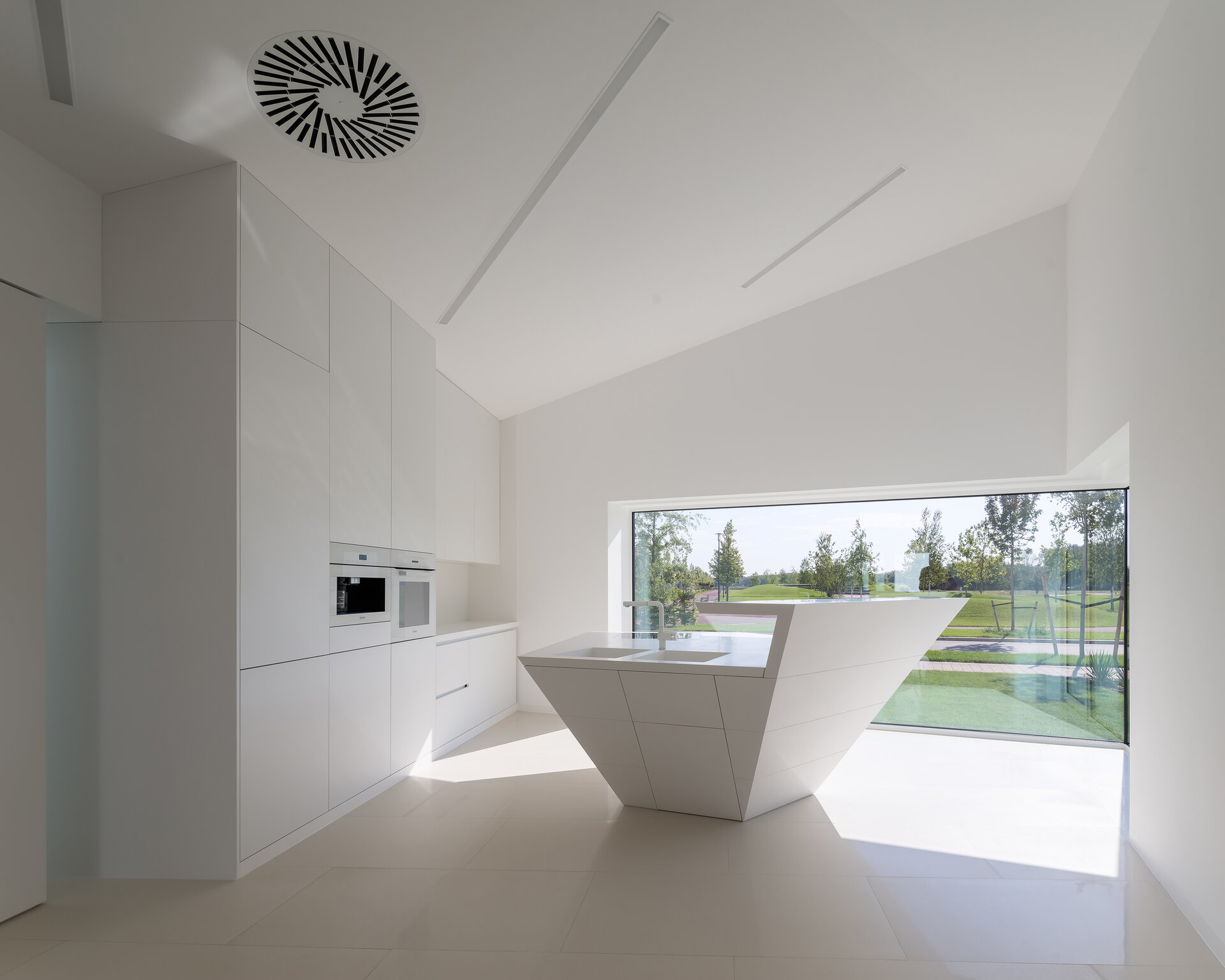 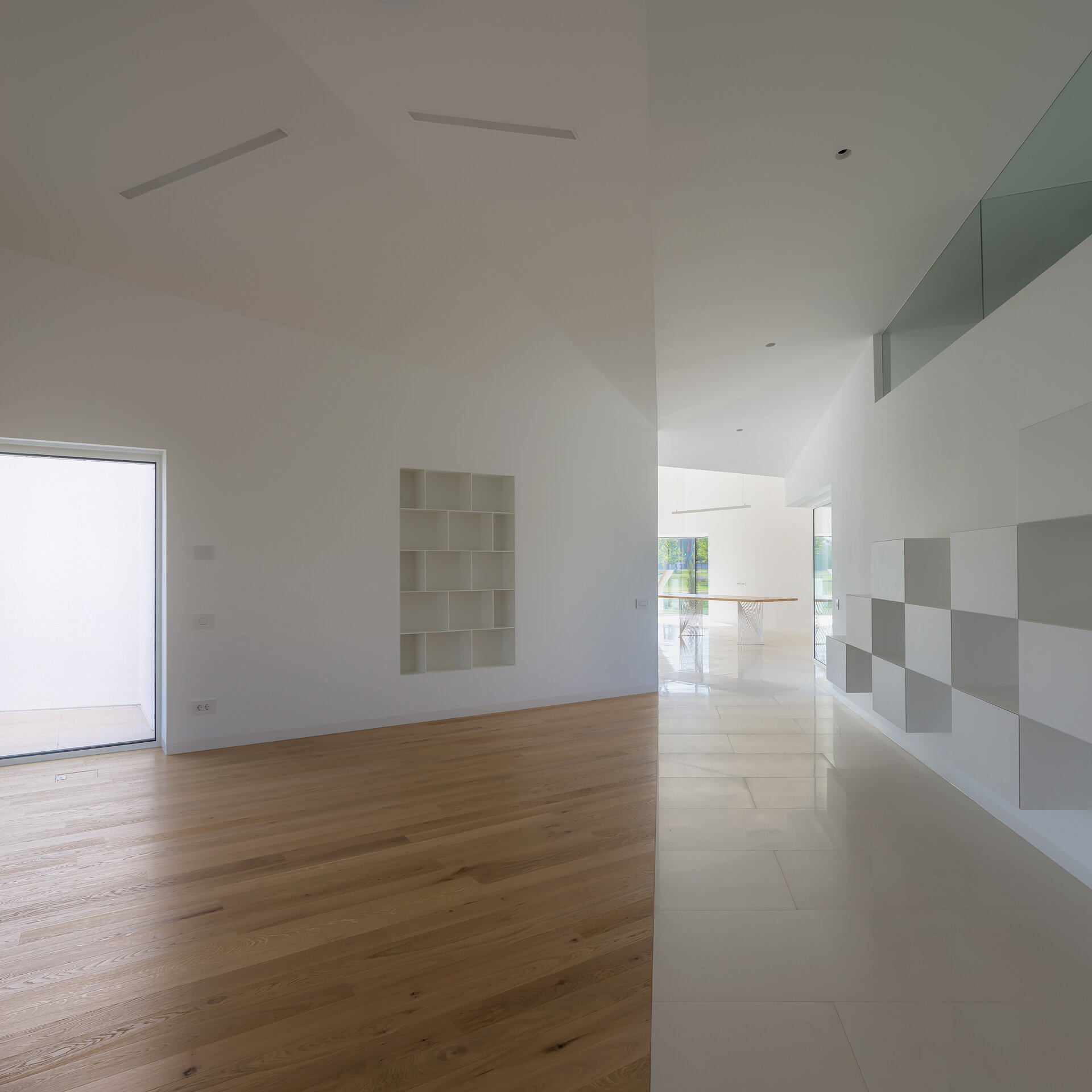 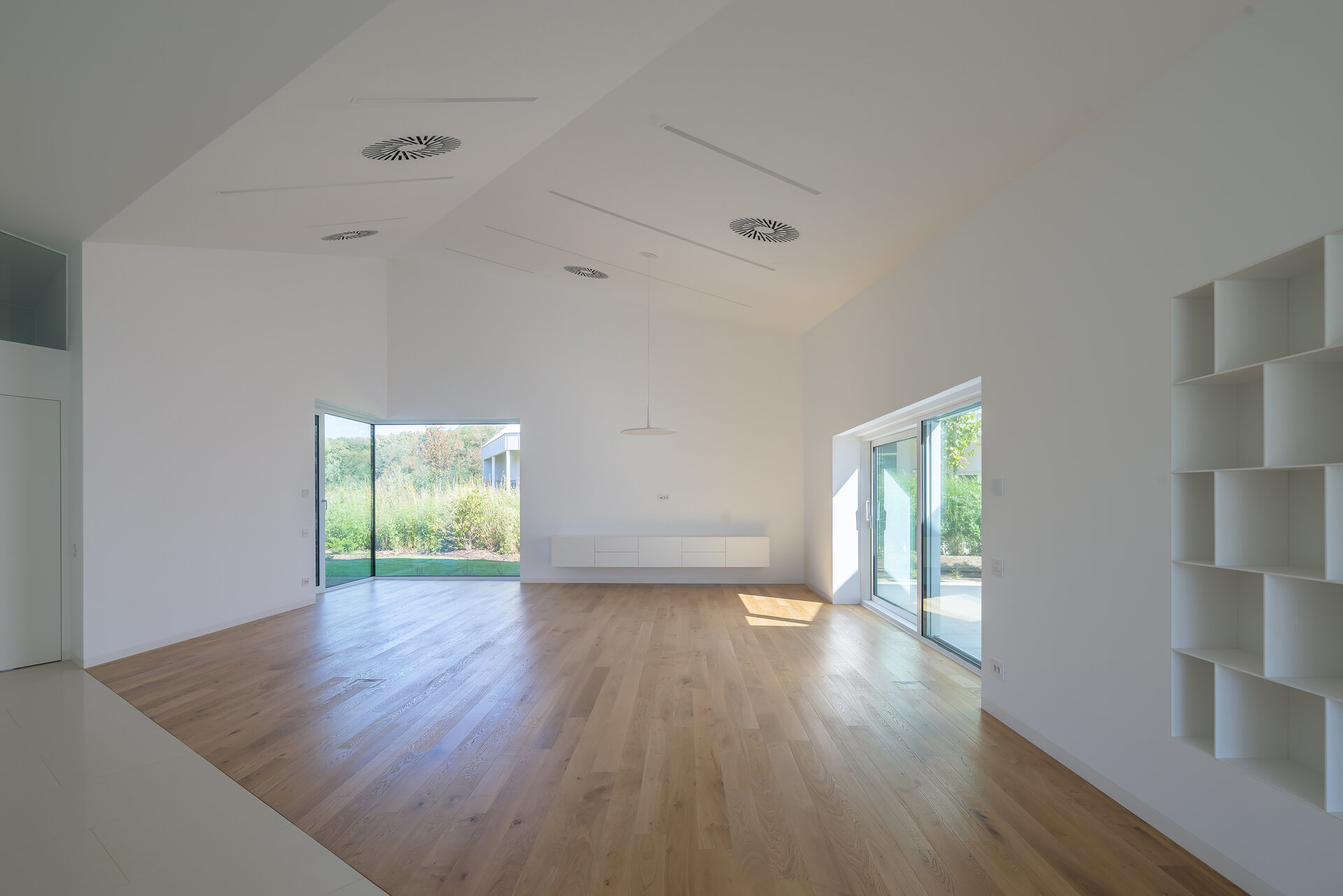 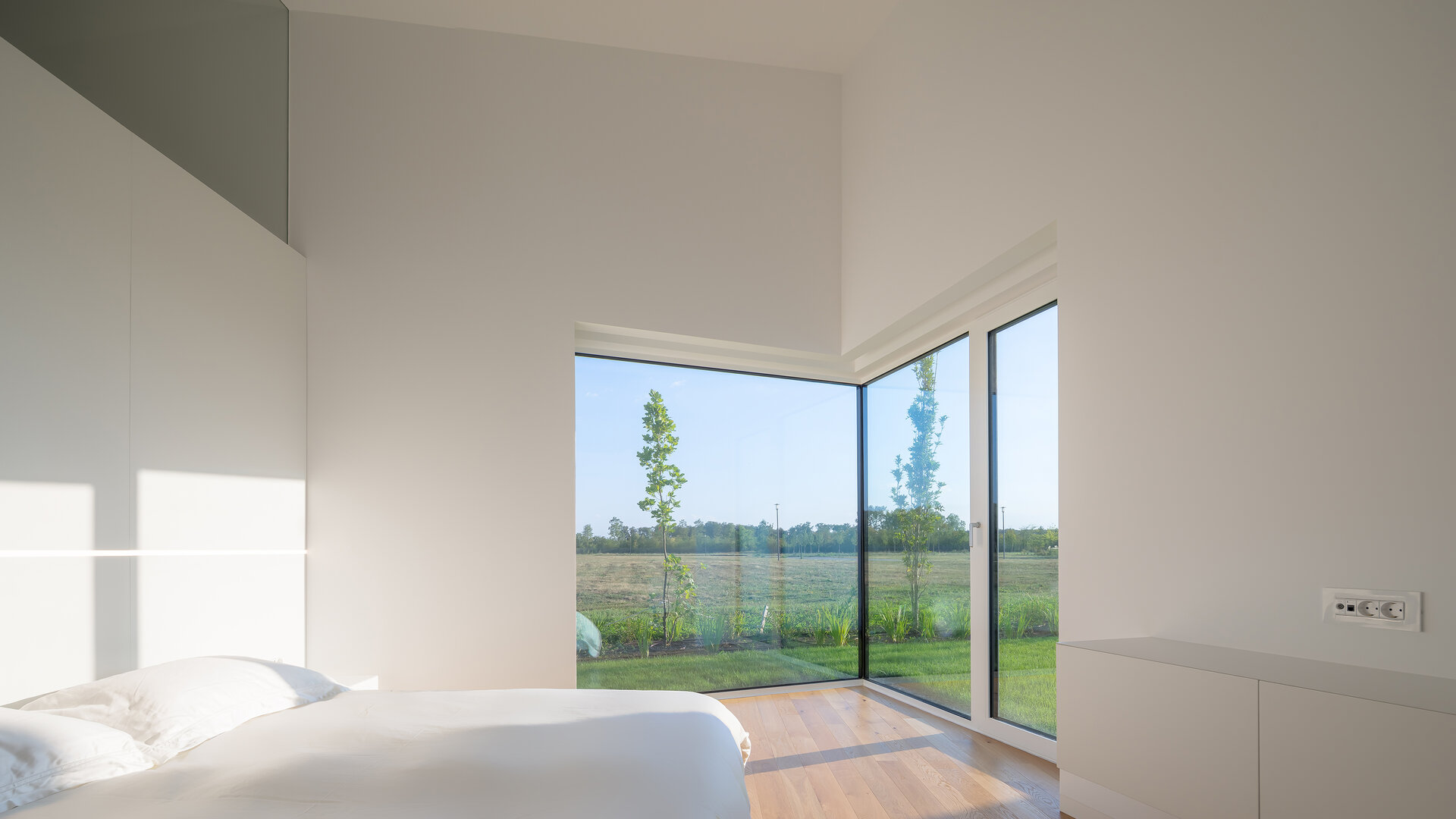 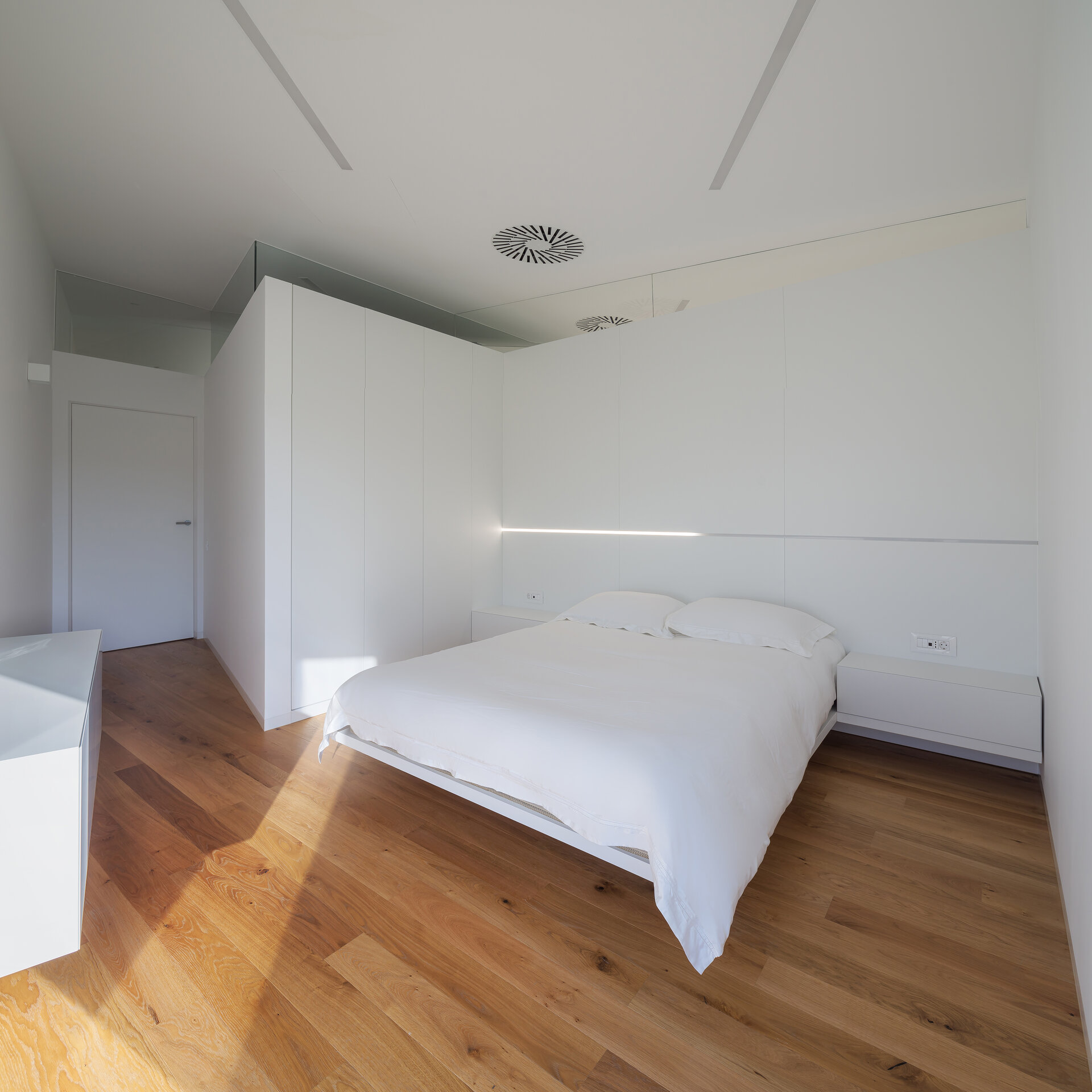