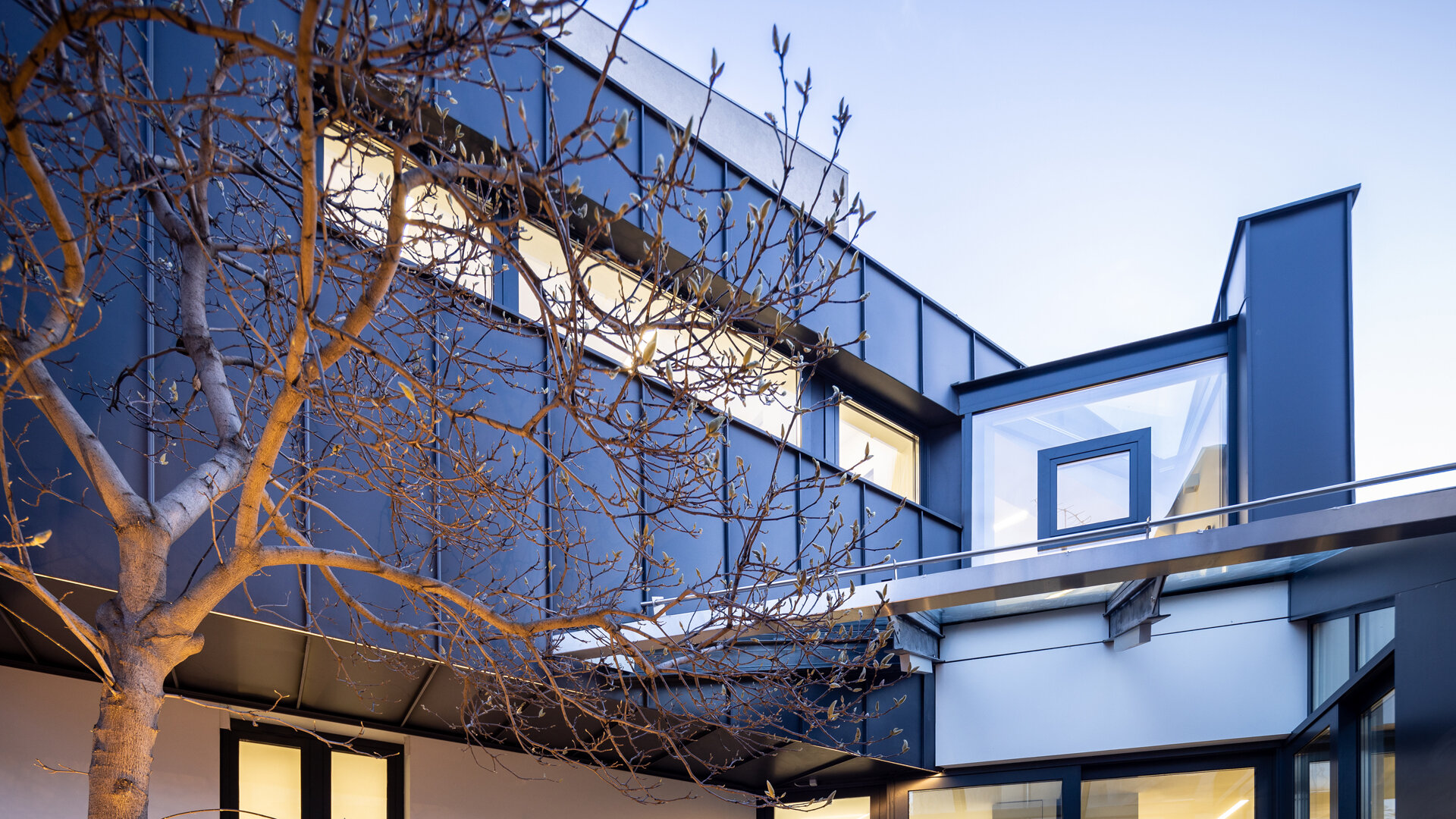 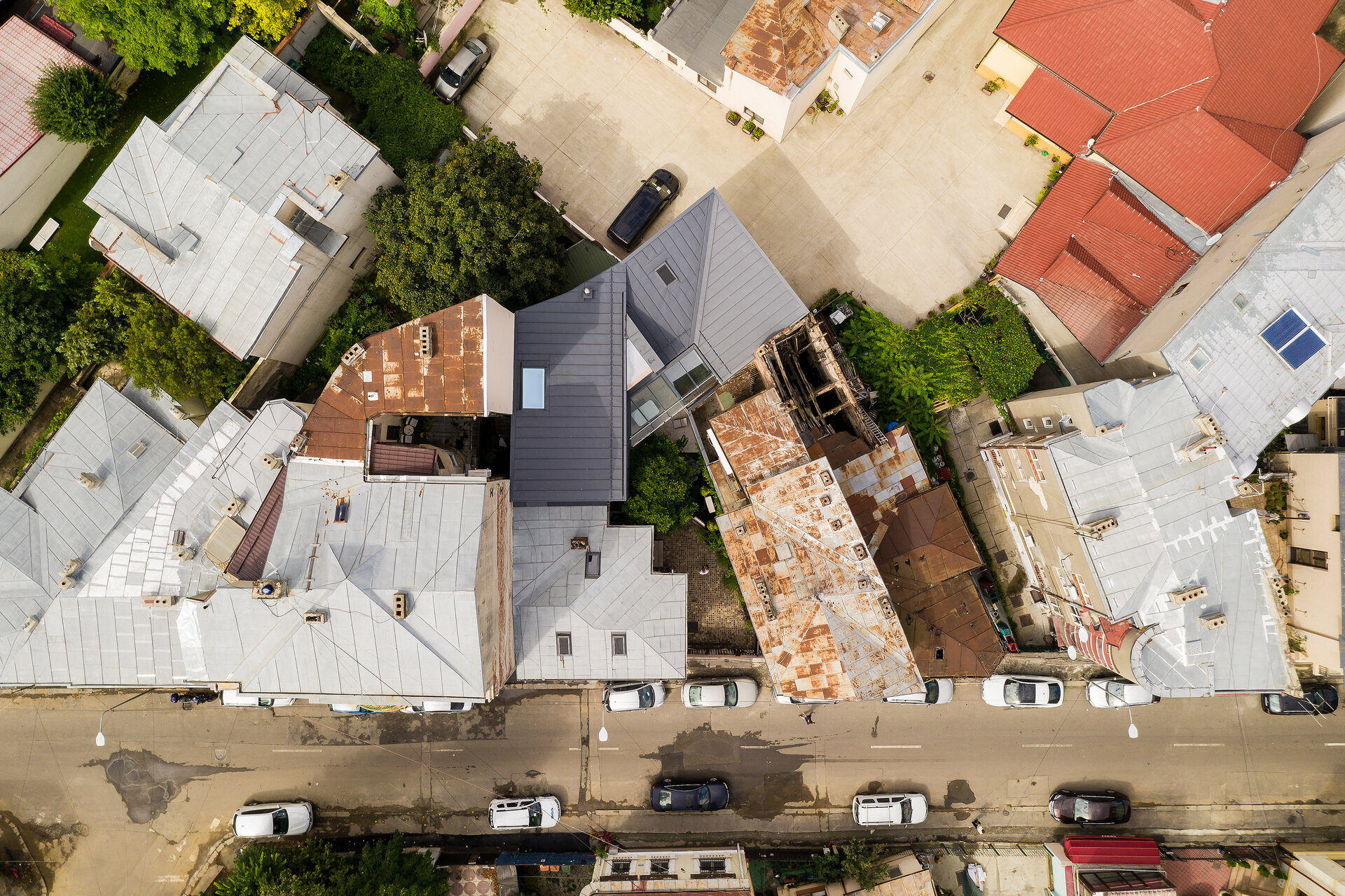 The house is located in one of the center areas of Bucharest’s downtown, in a crumbled urban texture, formed by old buildings and it is occupying a site of 300 square meters, and by the street side you can find a part of the original building, dating back to the first decade of the last century.
The area of the house sums up to 200 square meters with a footprint that is around 100 square meters. The ground floor encompasses the living-room, dinning, one bedroom, a bathroom and 2 storage spaces. Upstairs, there are 2 bedrooms, each with its own bathroom and a generous dressing room.
From the desire to essentialize the architectural gesture, using the same materials for the roof and the façade of the first level, we used covering metal sheet, in a ventilated façade system. For the ground floor’s façade, the covering sheet was built in the same ventilated system, but finished with Eternit Swisspearl panels.
Being surrounded by old houses, blind walls, in the central part of the house, above the staircase, we designed a skylight which has the purpose to bring the natural light inside.
On the interior, following the simplicity of the architectural gesture, we used white paint as a finishing layer for the walls and ceilings, and for the floor finish, wooden parquet and big ceramic plates.
We wanted a natural integration of the house in the site and a functionality settled by the site’s geometry and also by the presence of the blind walls of the neighboring buildings.
We believe that the living room is the most sought after space, regarding the generous glazing which creates a connection with the small garden and the greenhouse, whose plants establishing a tonic presence.
The passing between the interior of the house and the yard is made underneath a generous glass canopy/awning which also allows the natural light to reach the living room.
The configuration of the site and the random presence of the blind walls had a strong coercive authority, so the biggest problem encountered was removing the so called “no man’s land” spaces, that architects difficultly manage them. I think that an example of this kind of space was converted in a pleasant way into a greenhouse, that is contributing to increase the quality of living. 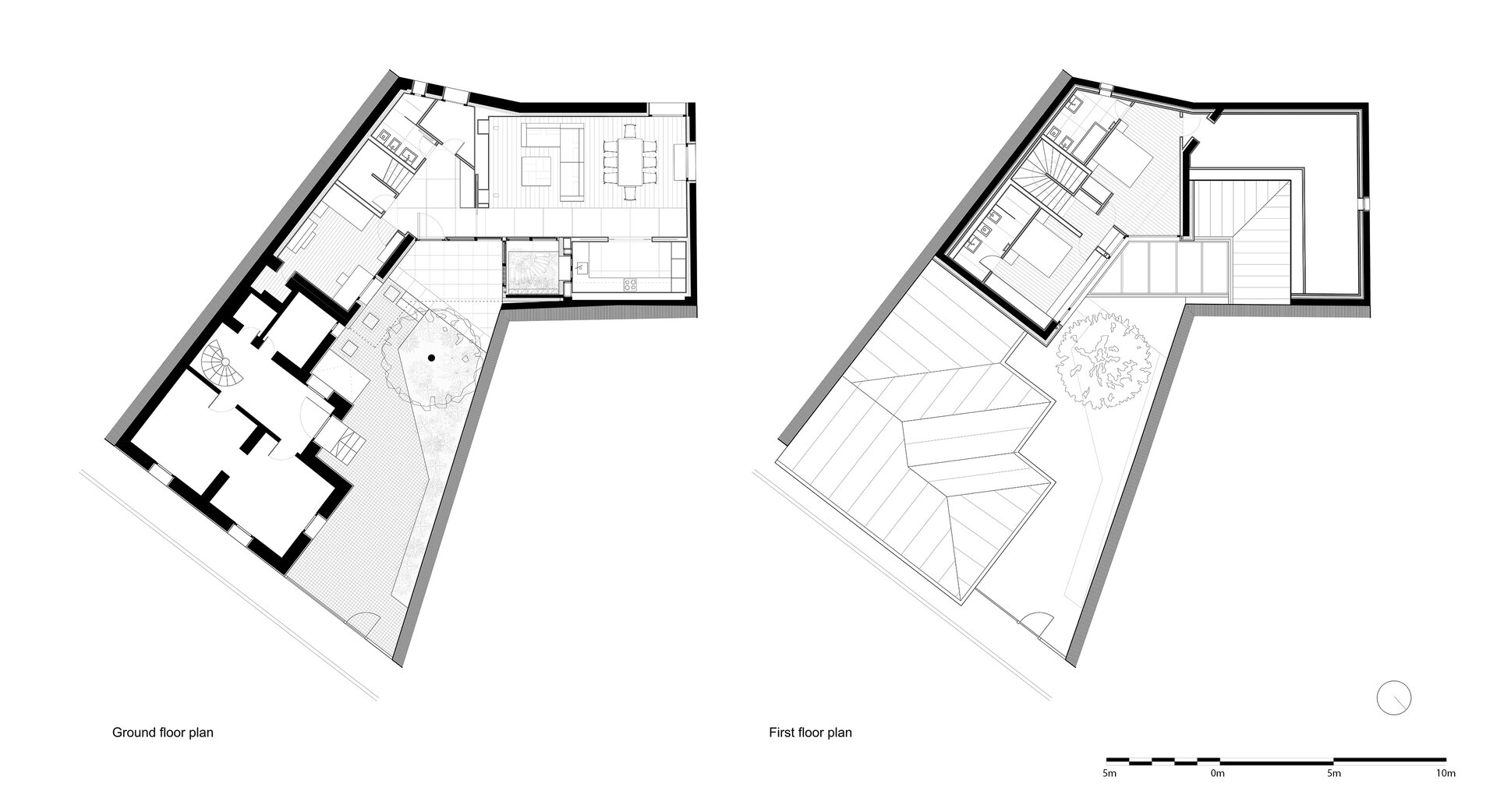 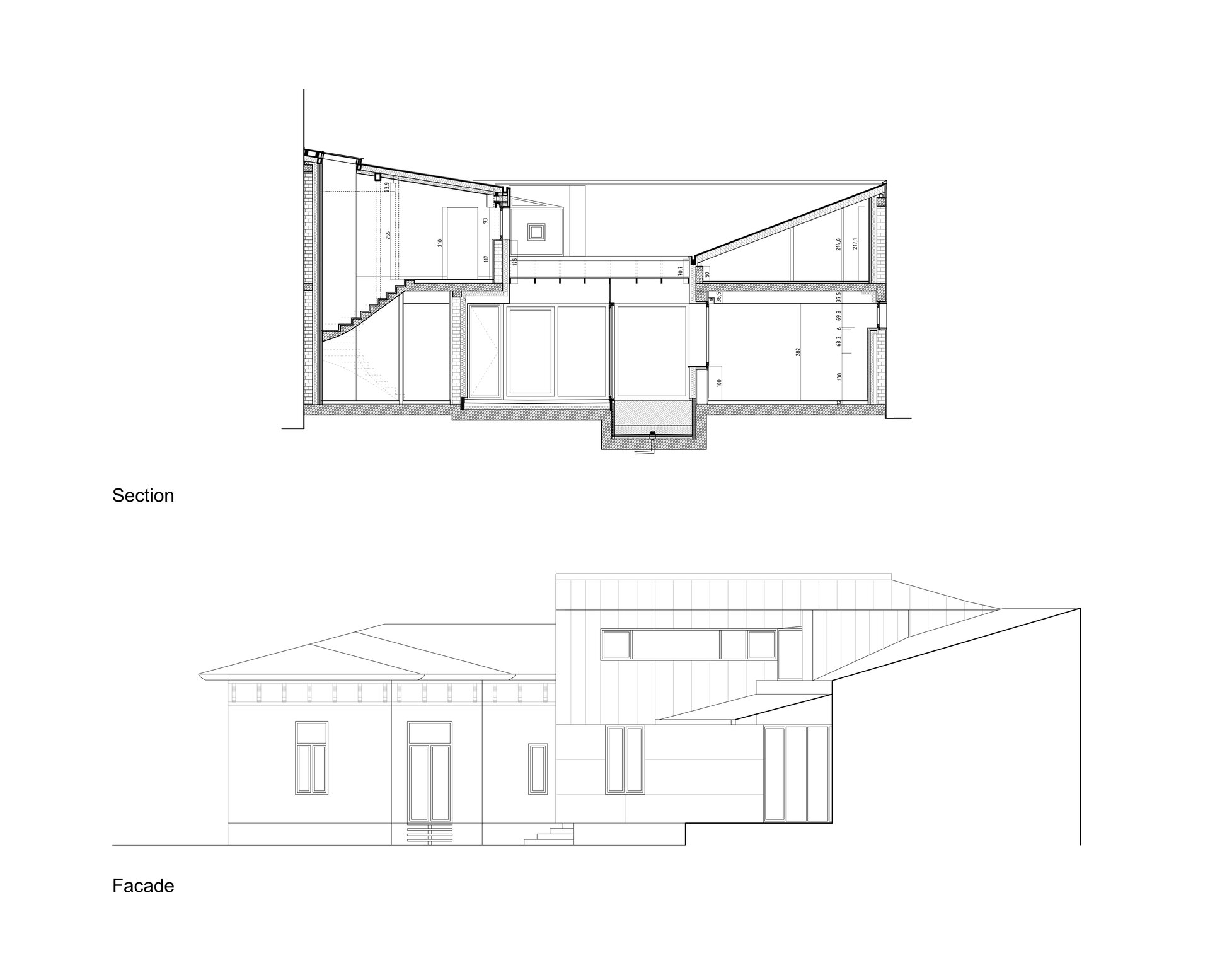 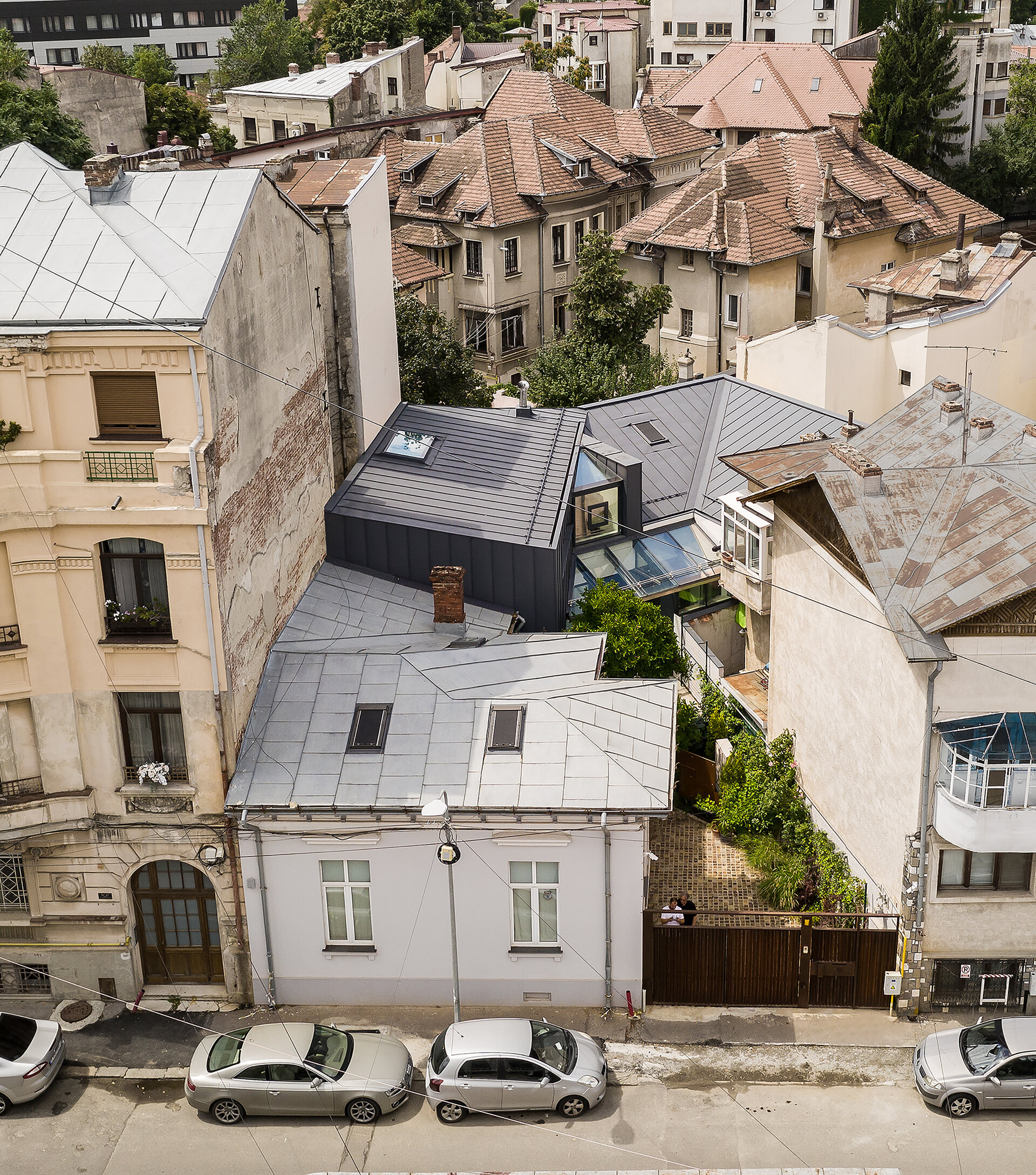 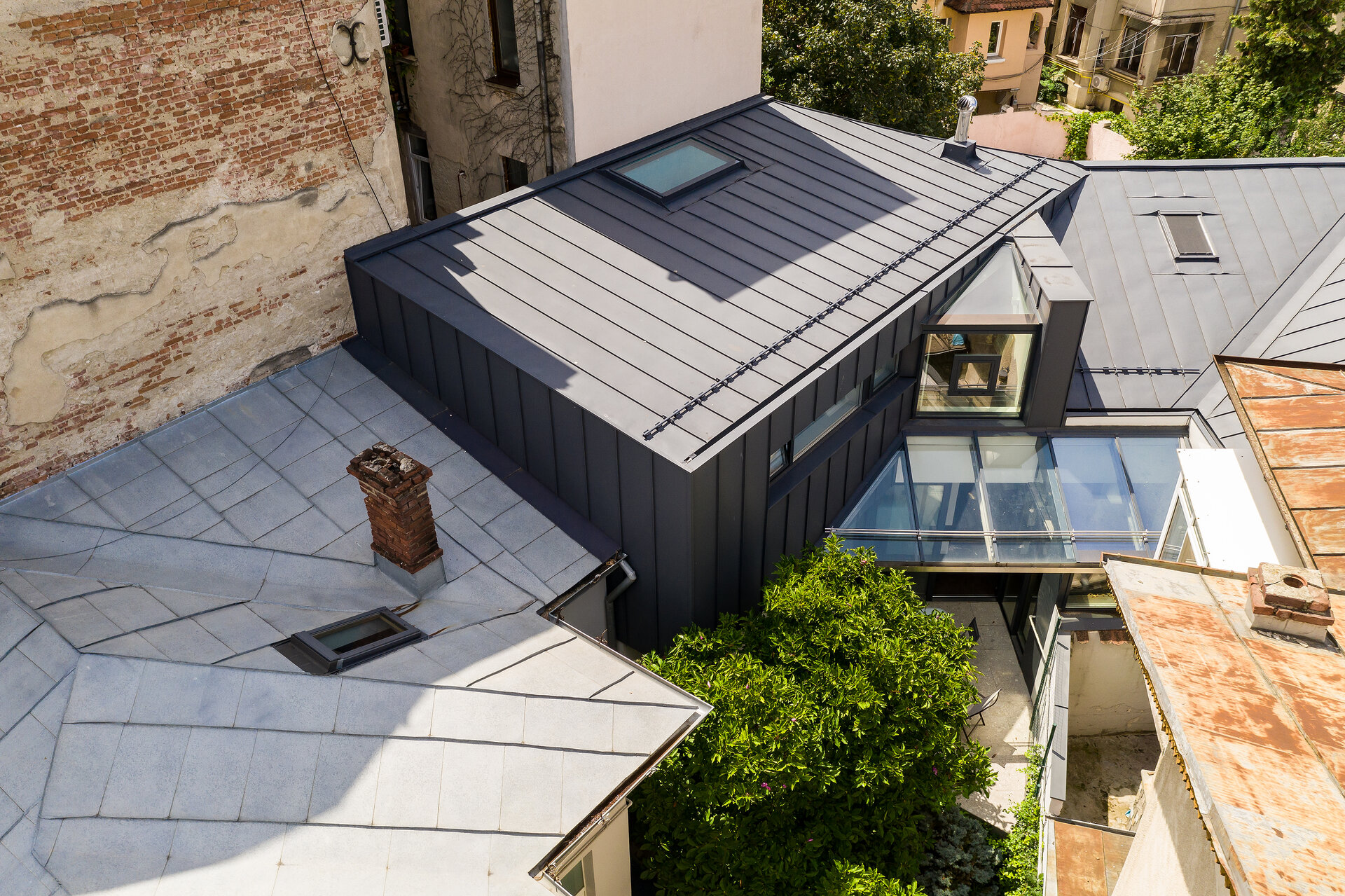 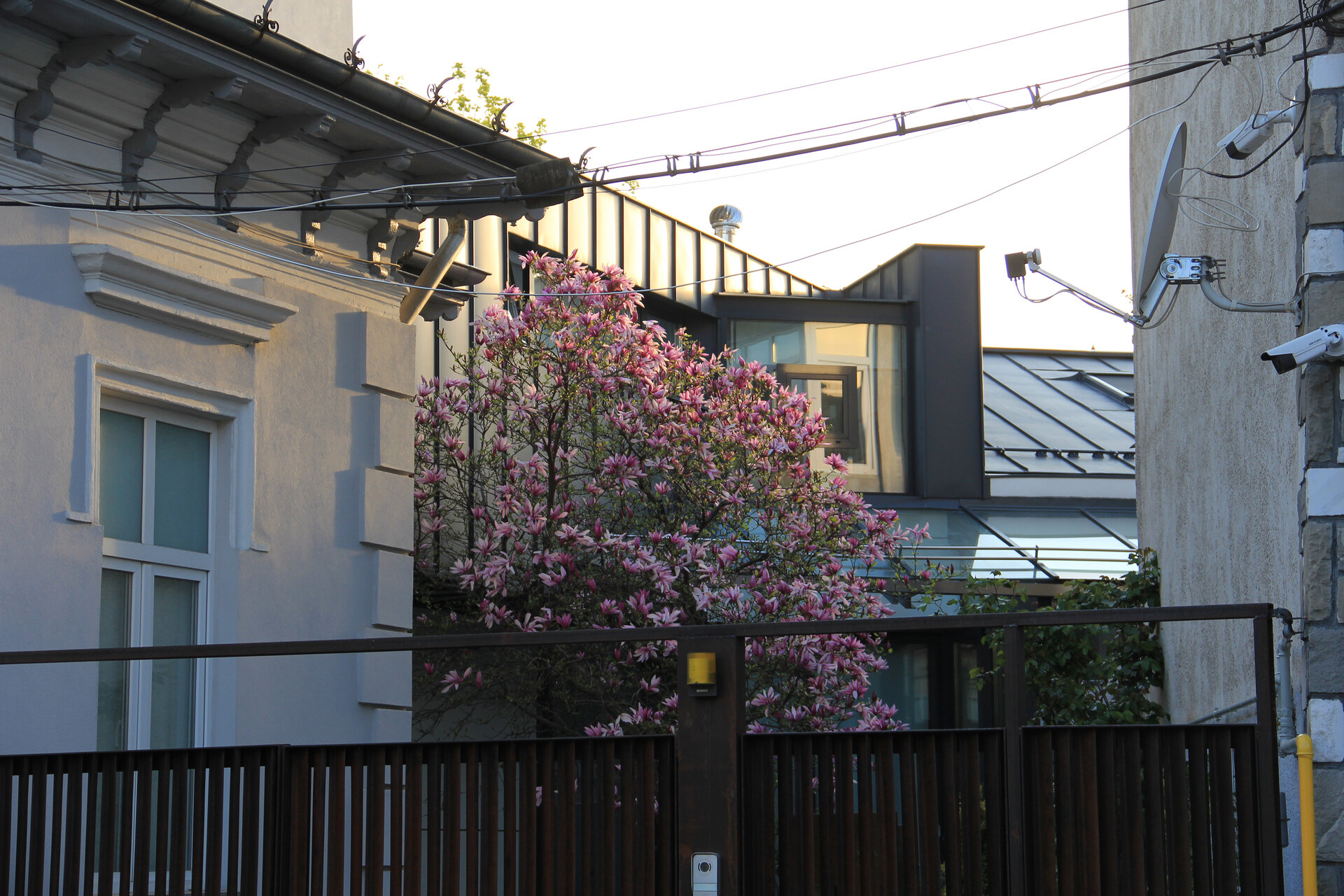 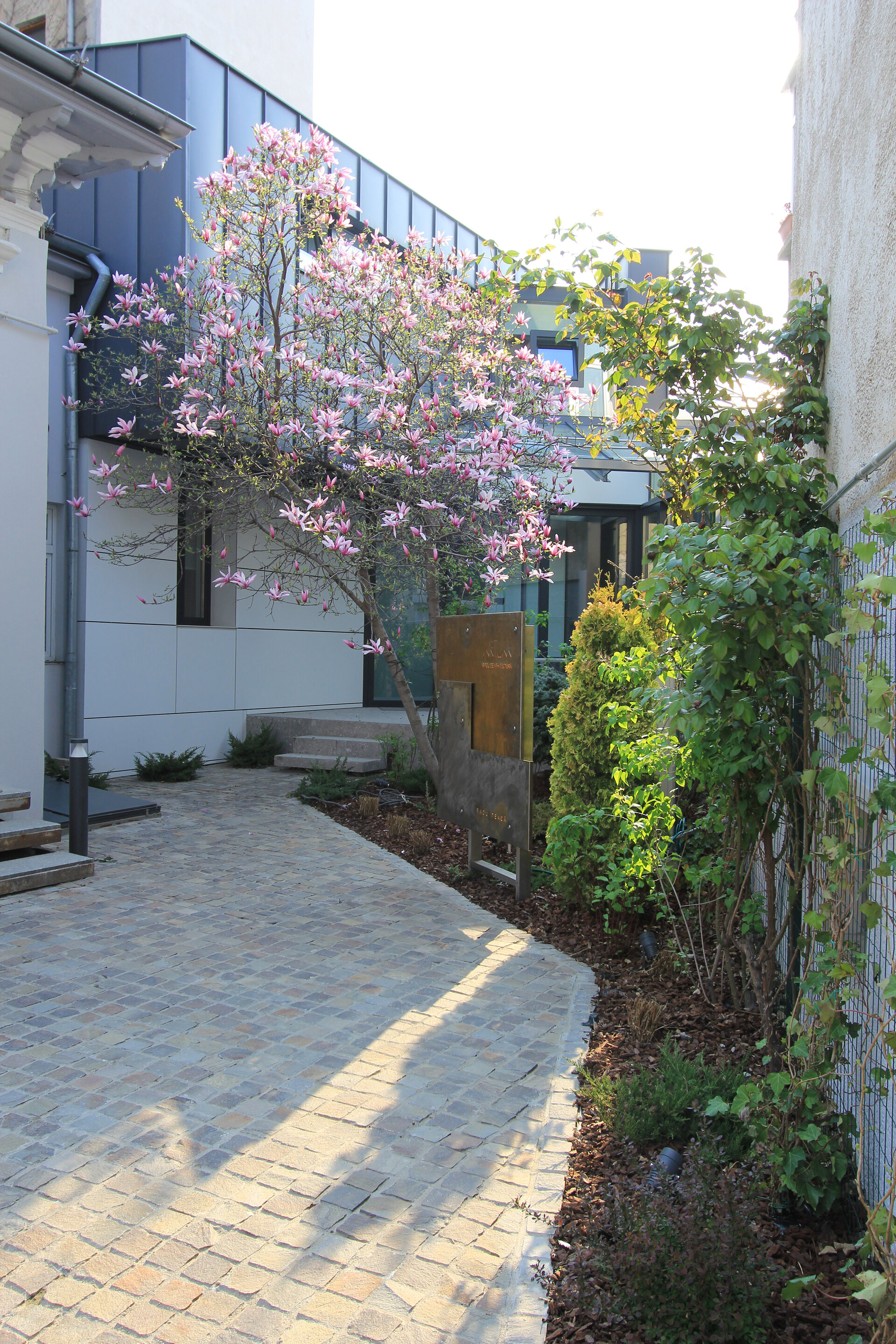 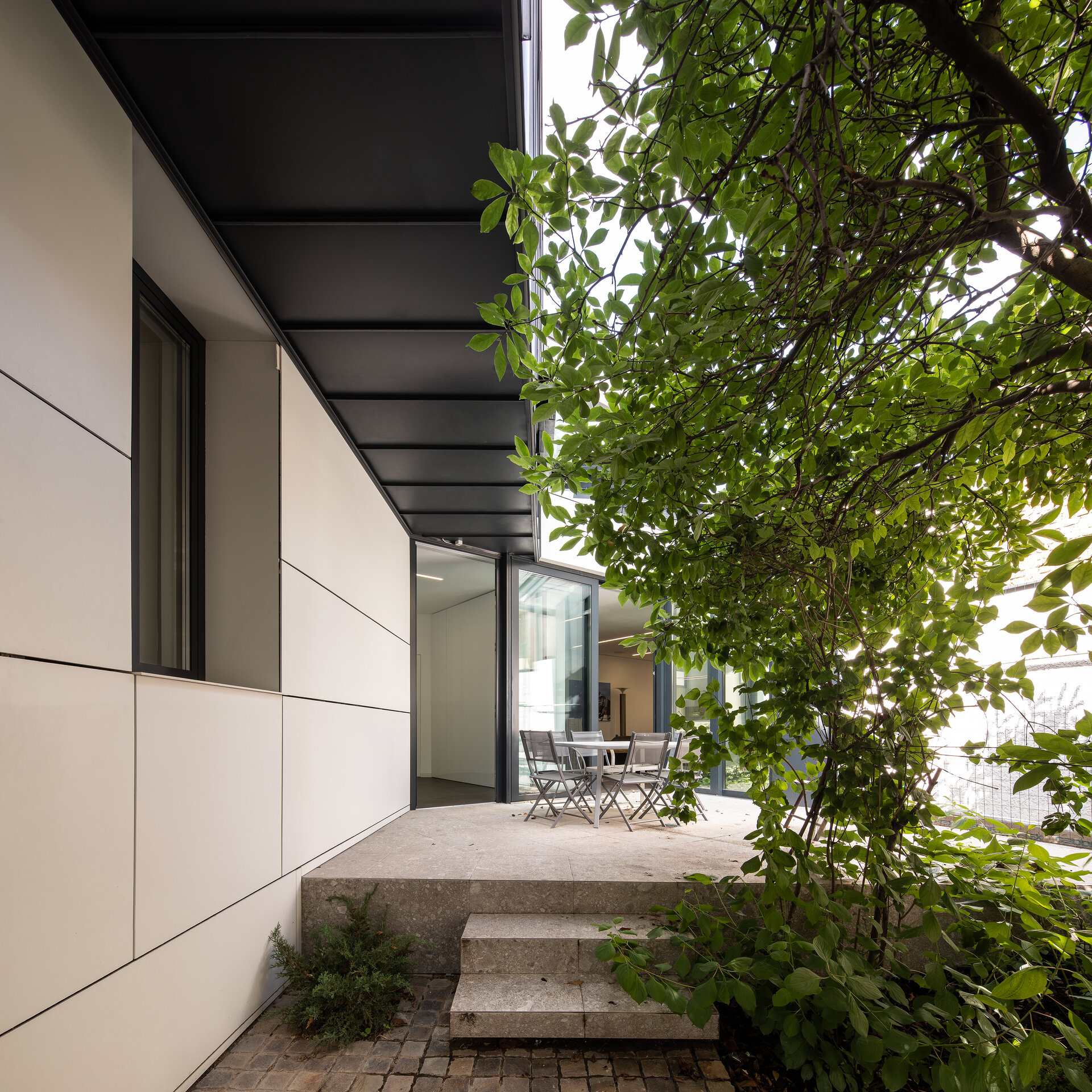 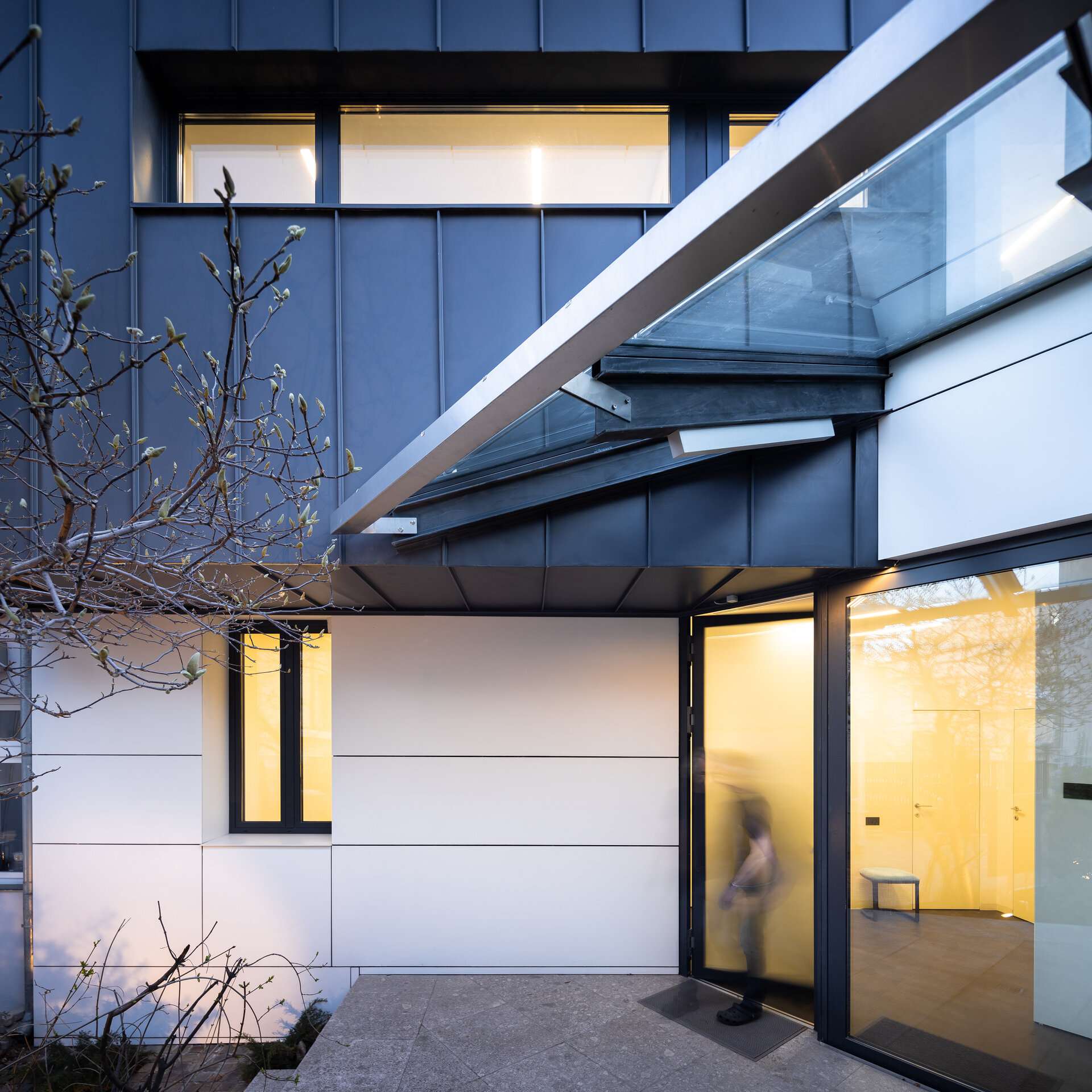 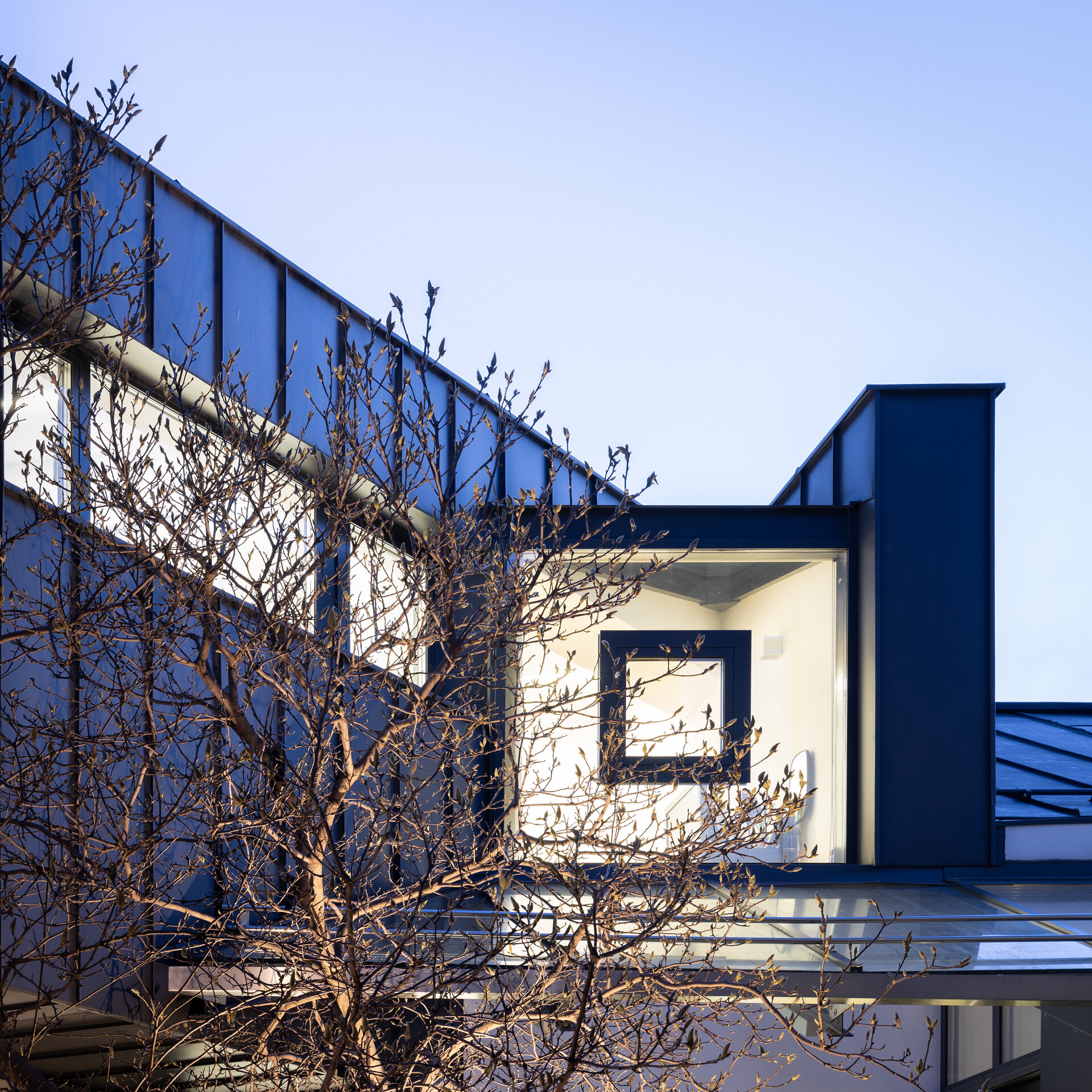 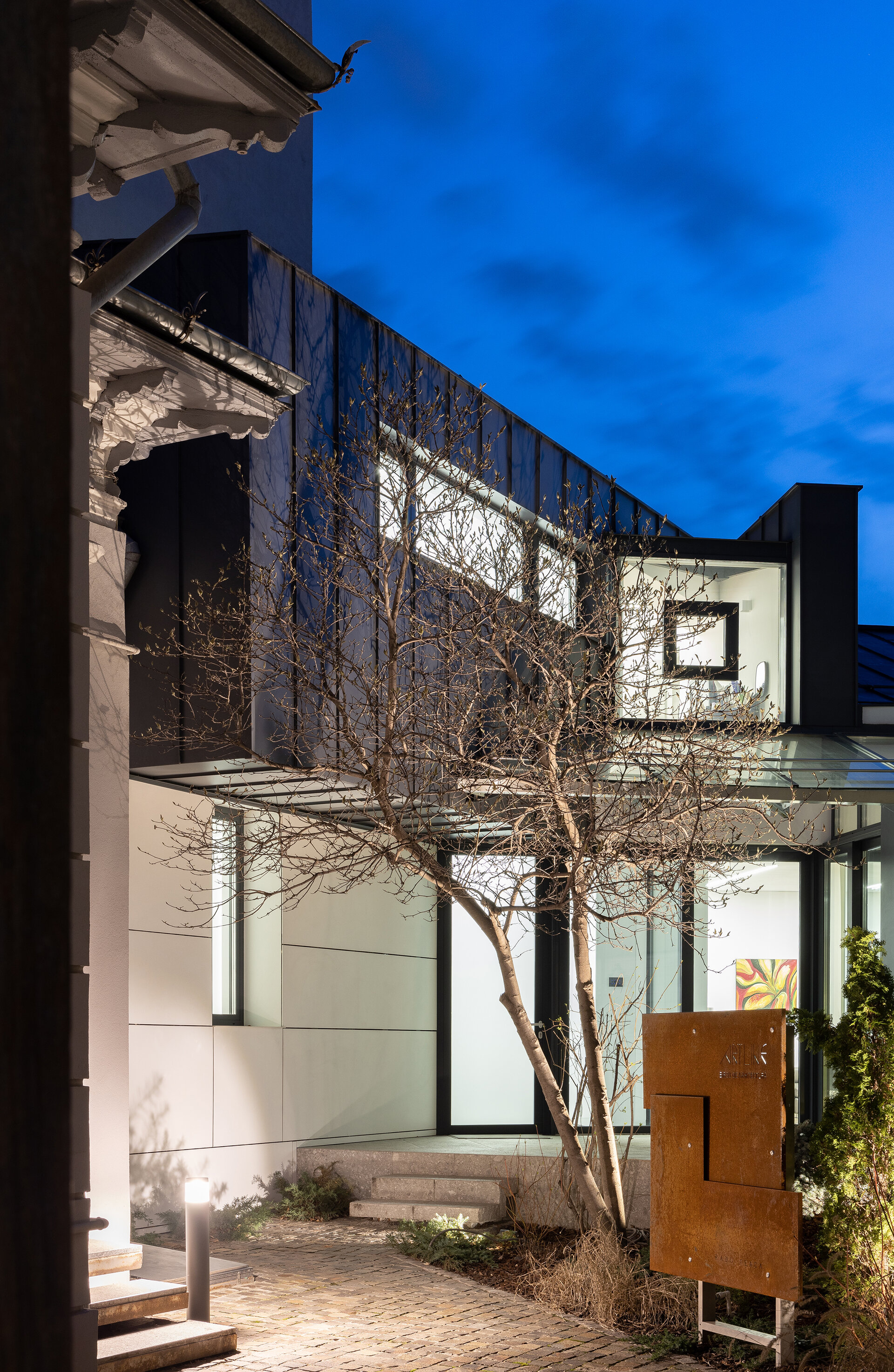 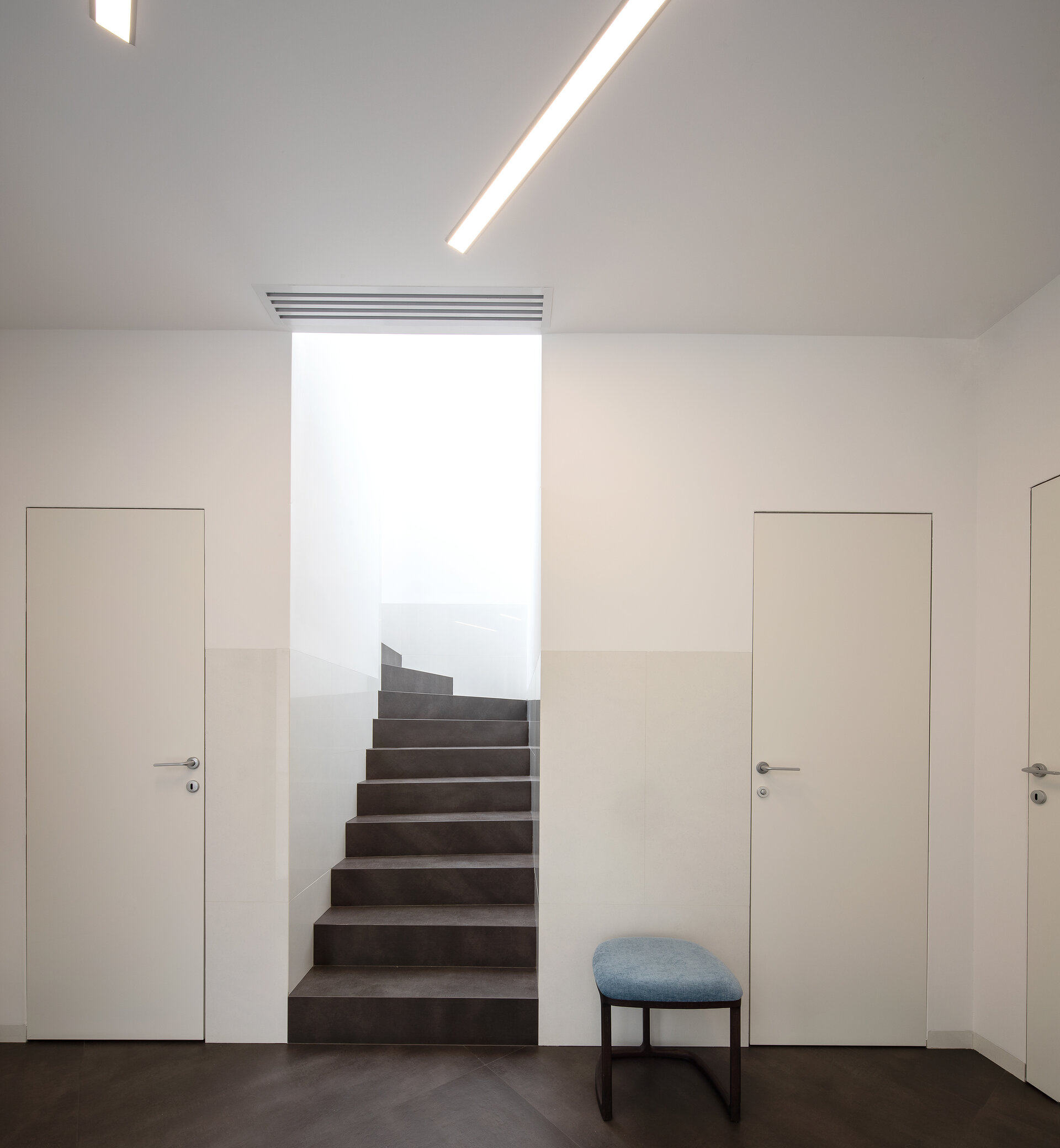 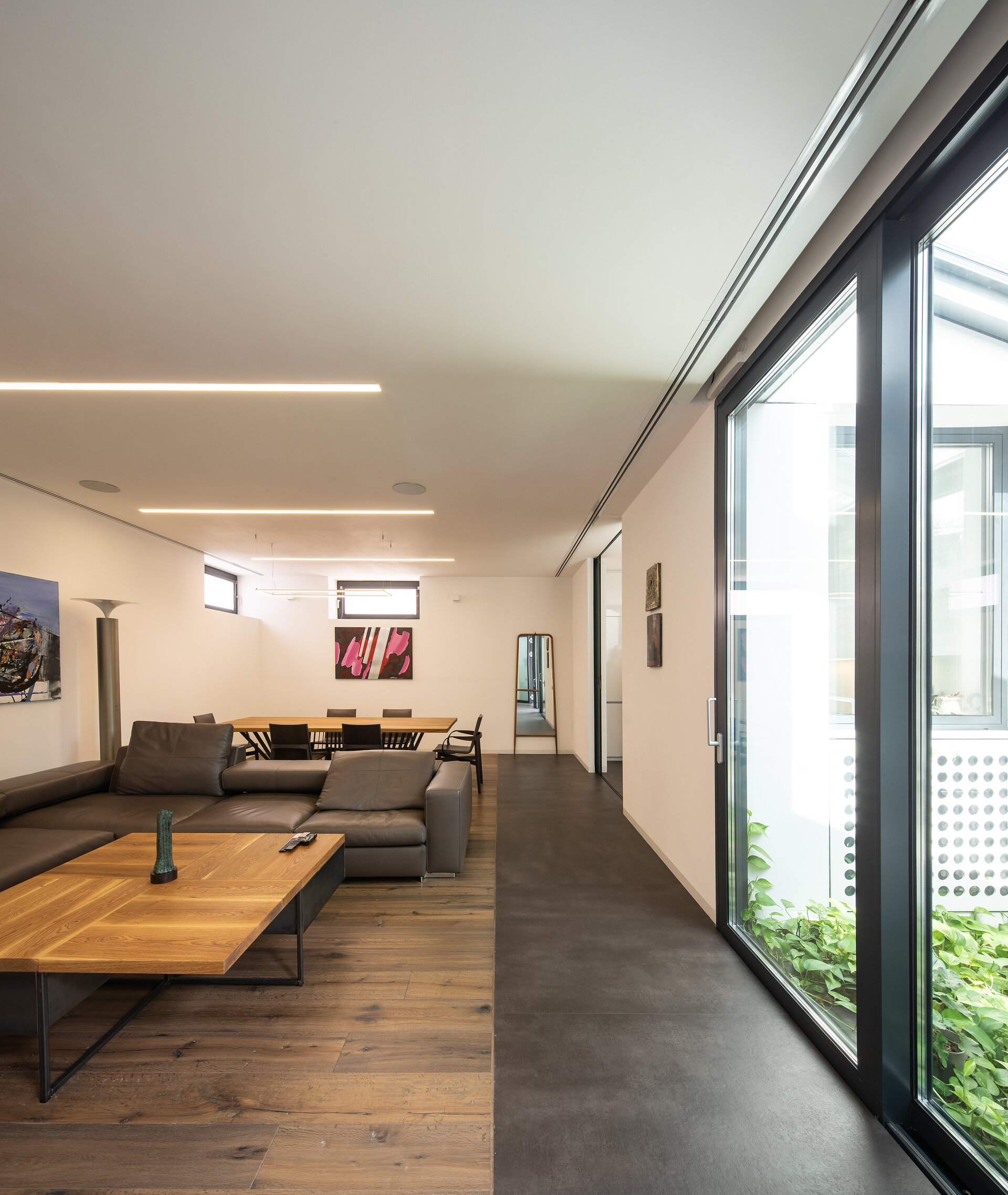 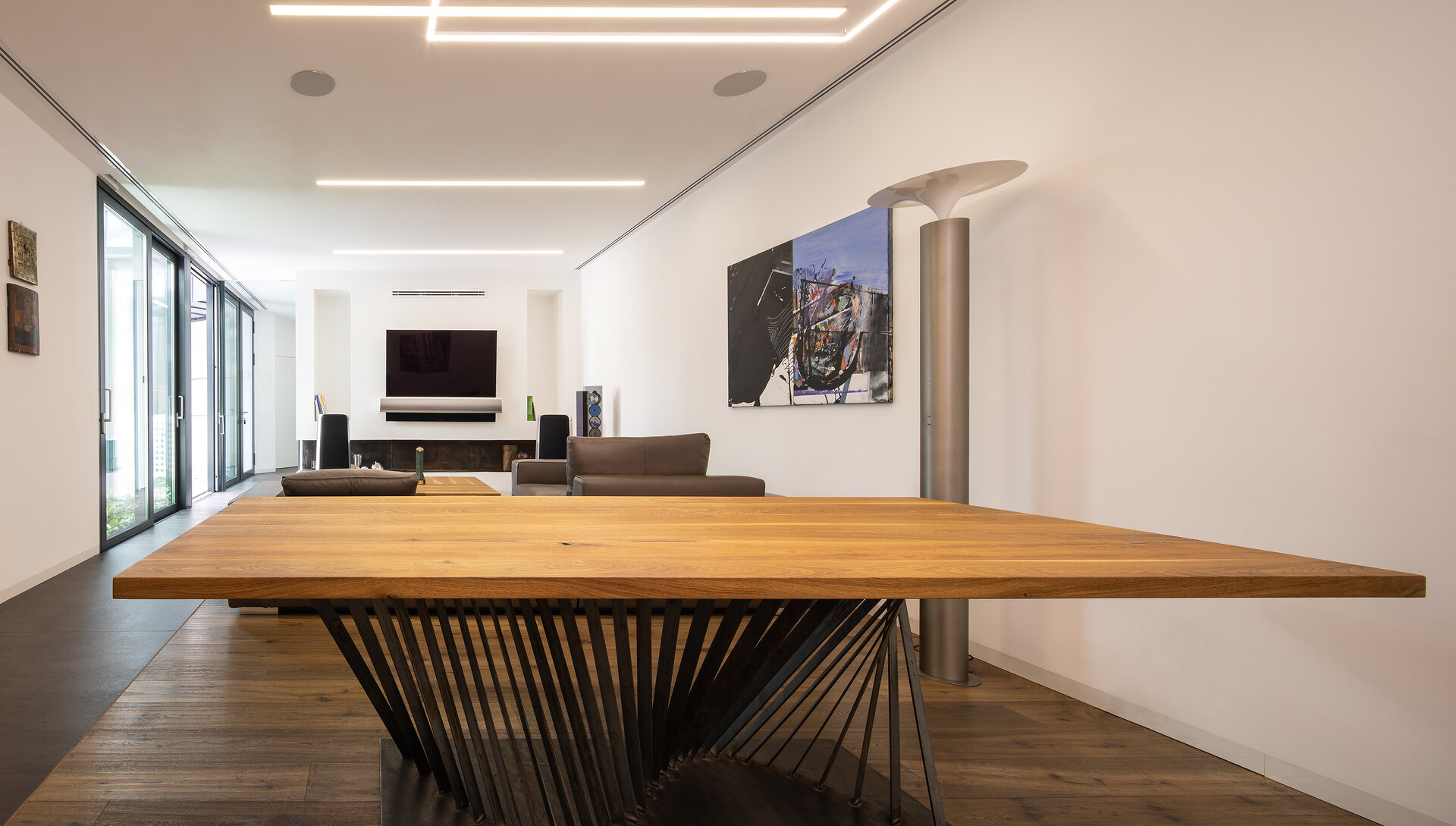 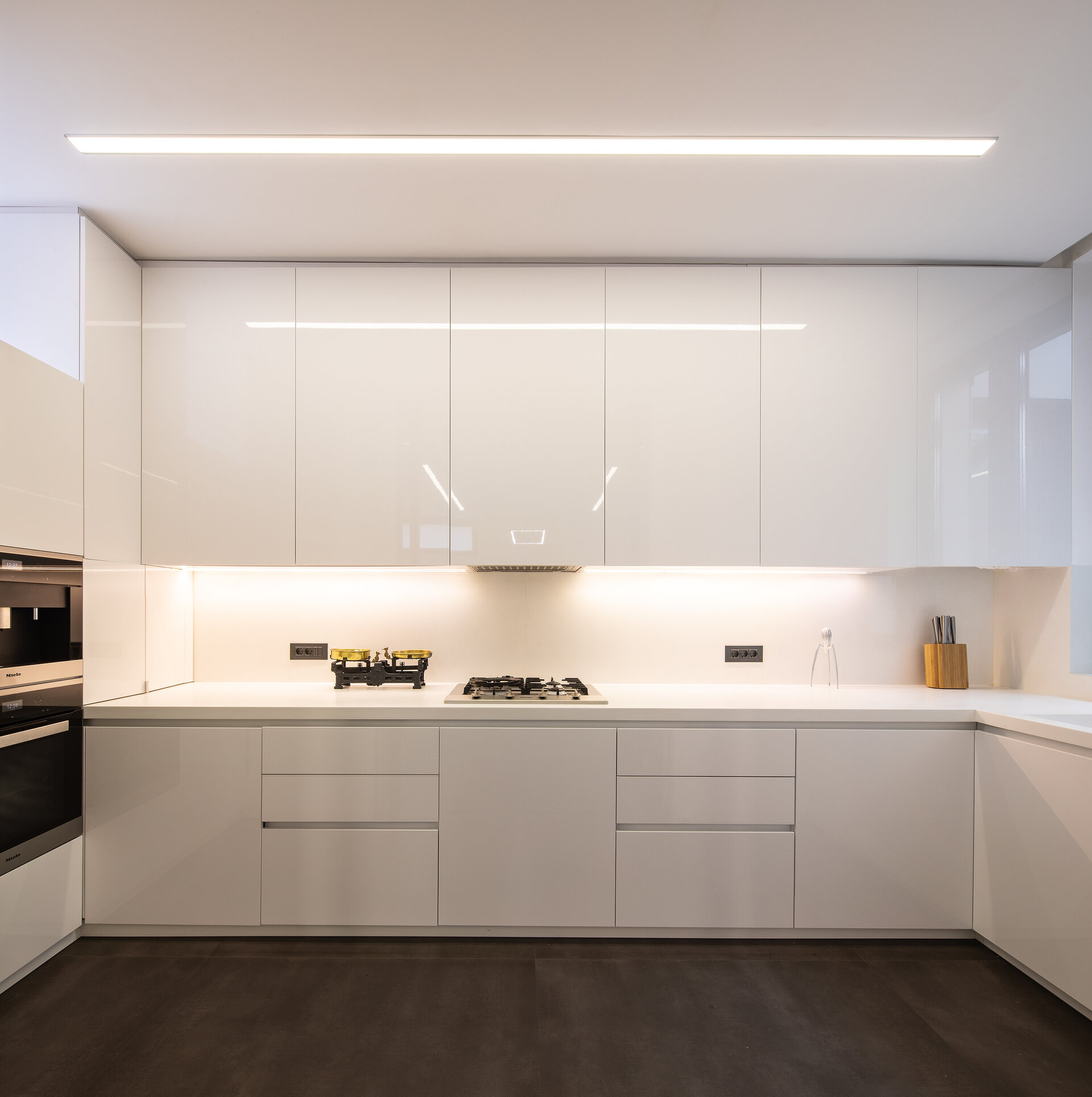 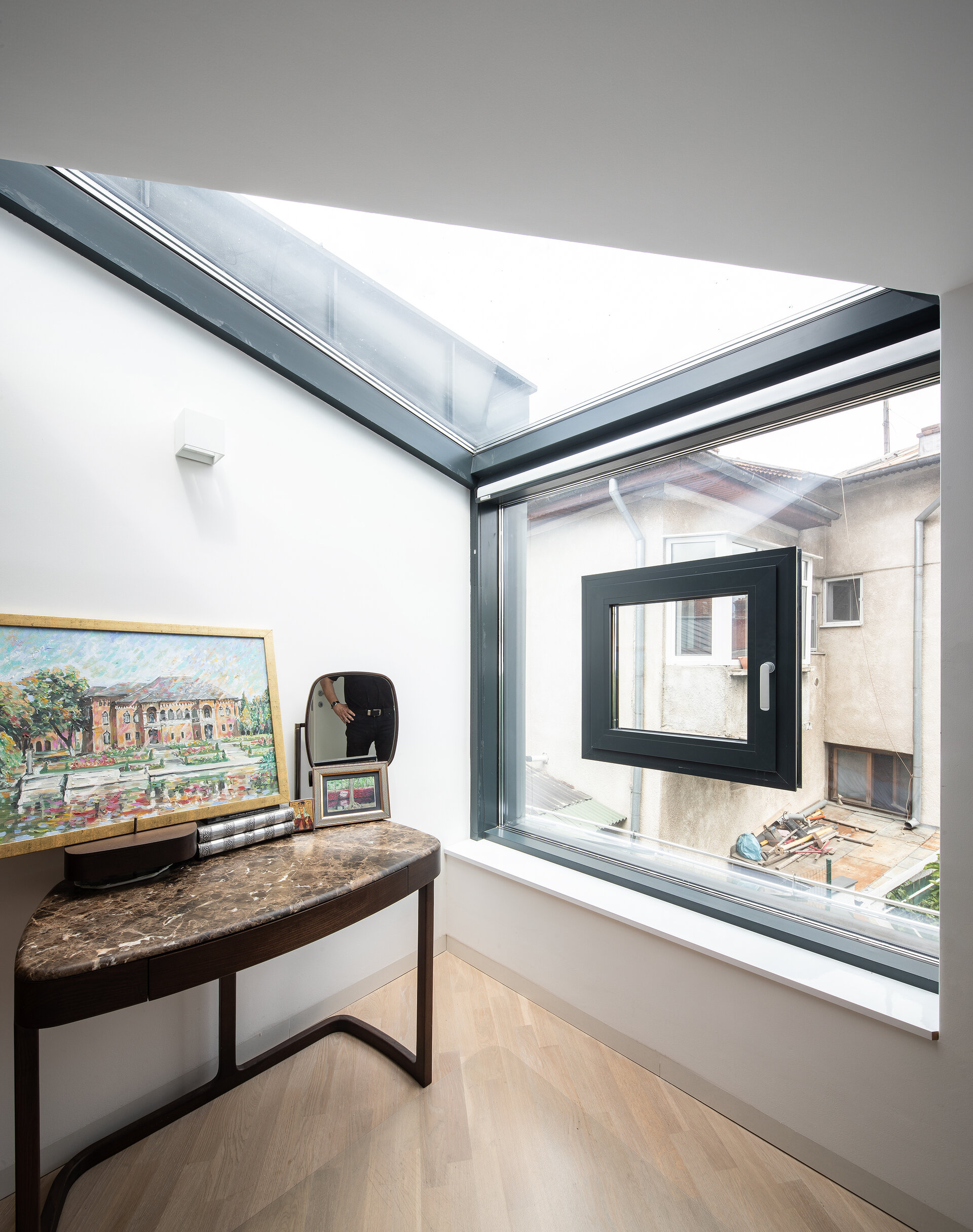 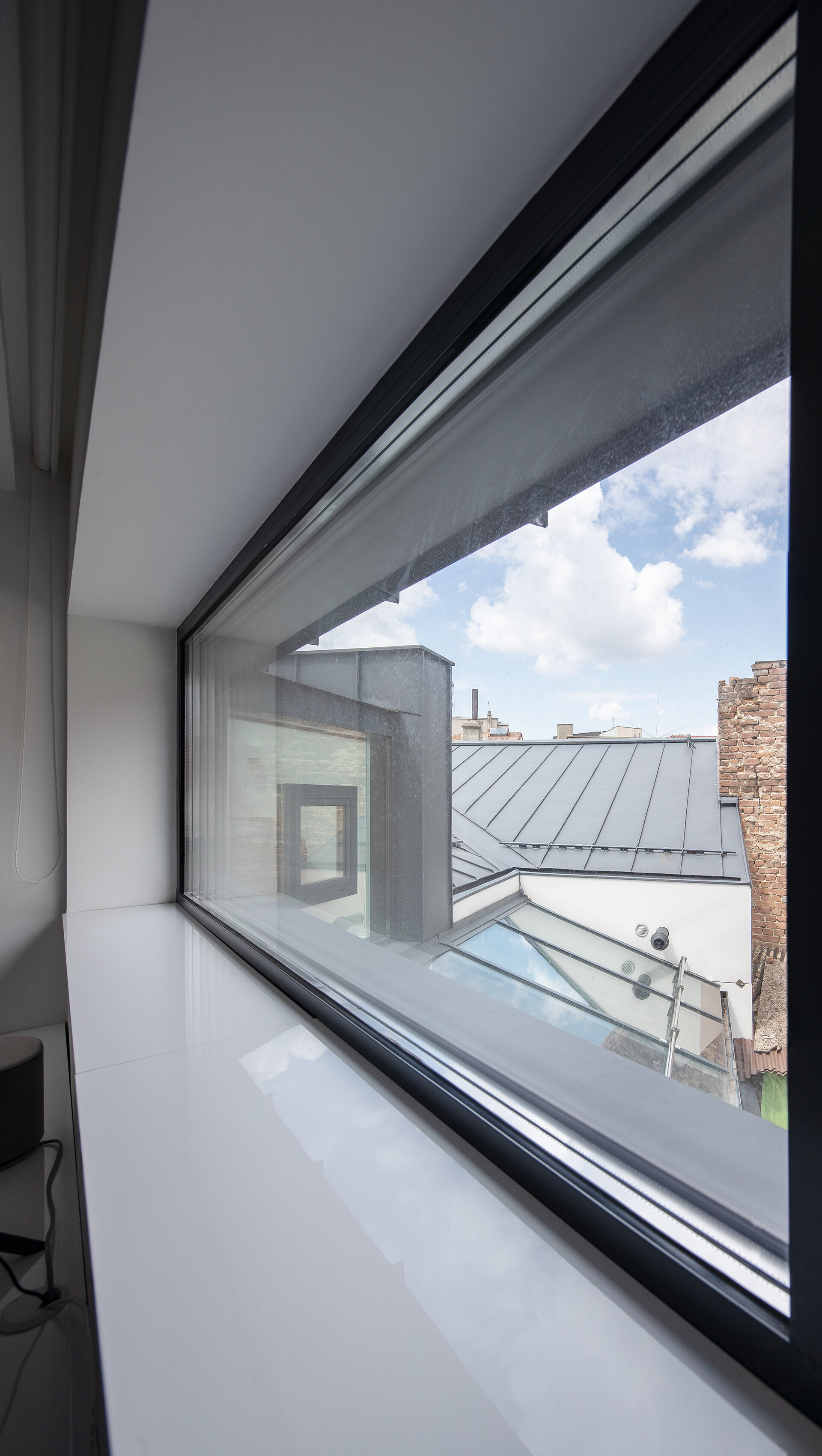 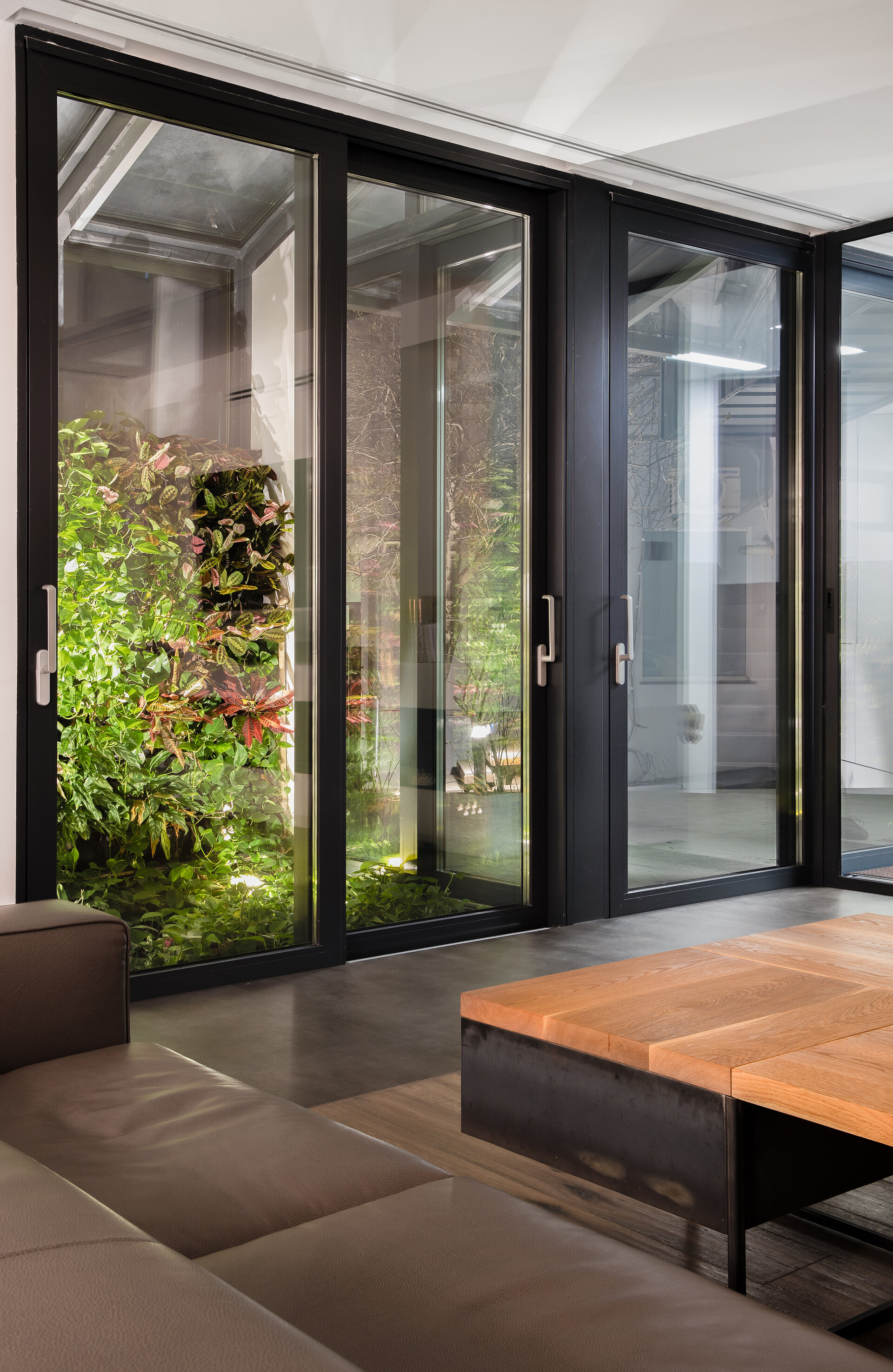 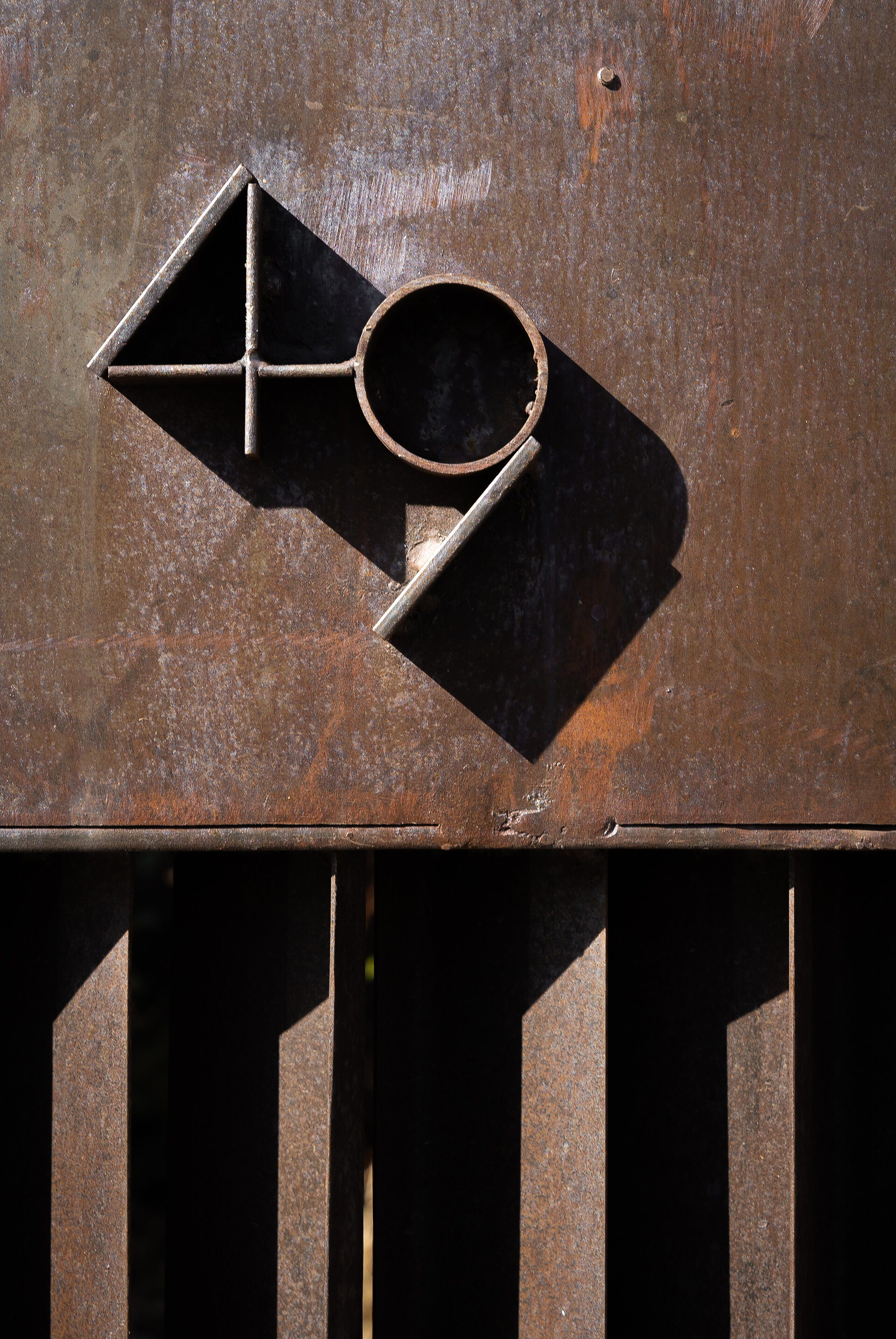