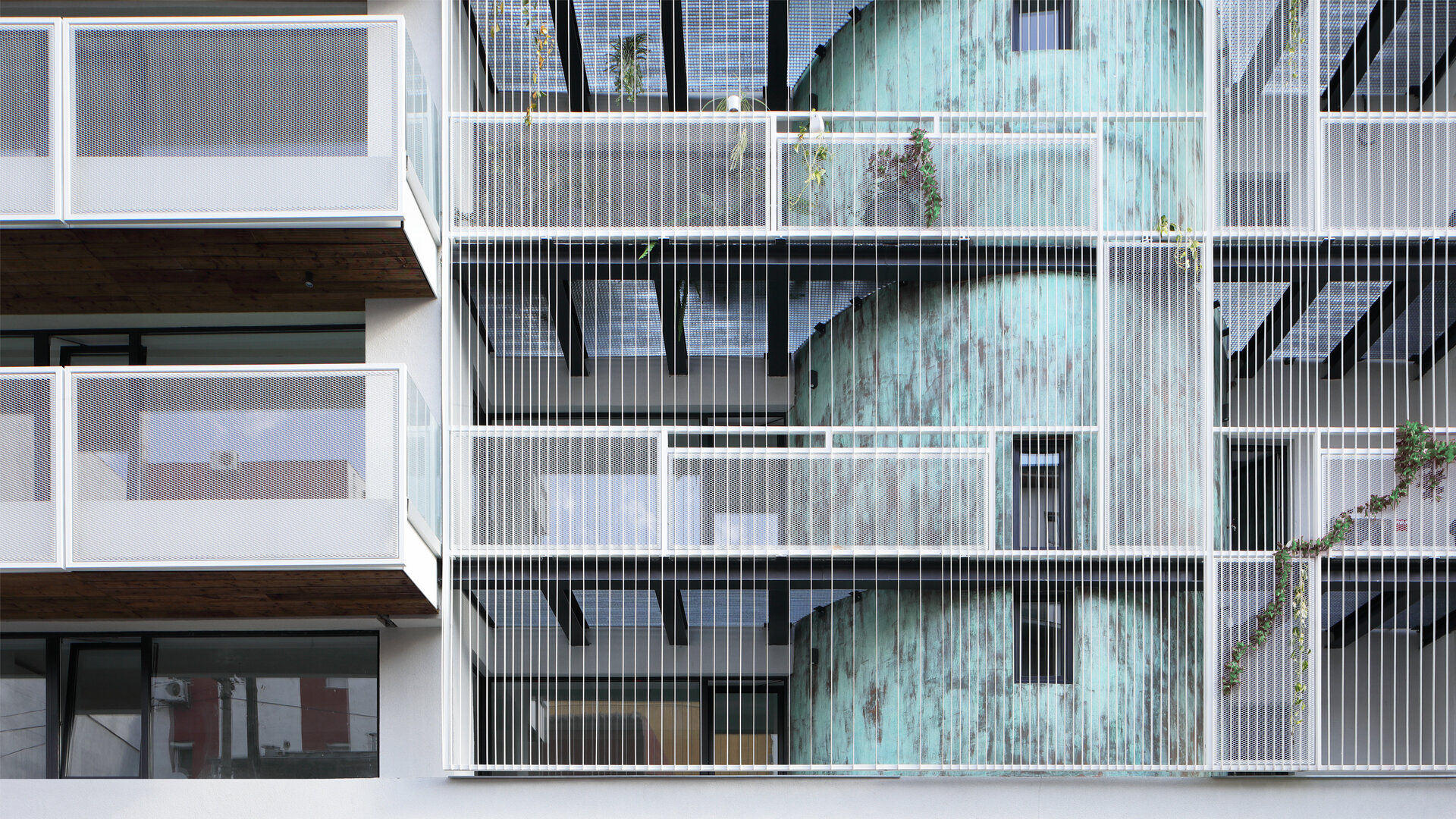 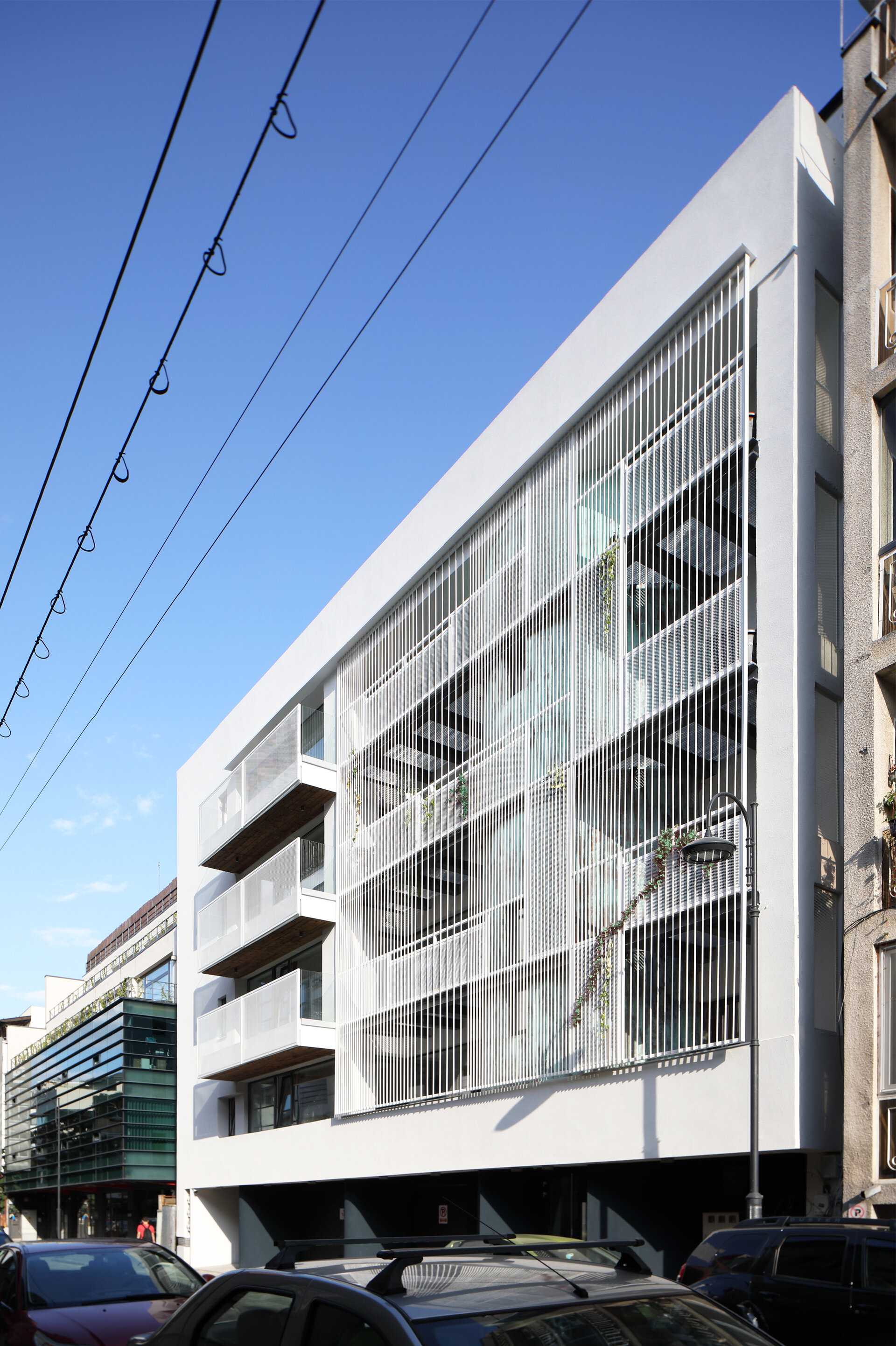 Putul lui Zamfir Street - located in a central residential area of Bucharest (Dorobanti Piata) with a mixture of volumes, architectural language and height regimes. At number 32 - 34, on a lot of 295 sqm, existed a residential building Ug + Gf + 4F + At completed in 2000, which contained 2 apartments, each occupying 2 floors plus a non-functional attic. The functional repartition (2 very large and expensive apartments in terms of maintenance), the need to consolidate the structure and the aesthetics of the street facade (mostly opaque, with small windows corresponding to bathrooms or large walk in closets) imposed radical changes.

The aim of the project was to obtain a building with efficient interior spaces that correspond to the needs of a modern dwelling.

In this sense, it was necessary a consolidation and massive remodeling of the structure, volume, facades and interior partitions, increasing the space for the elevator. Thus, a building with 4 generous apartments (one on each floor) plus a small studio with a covered terrace on the entire surface (outdoor living) on the 5th floor was obtained.

Very important in approaching the project was to obtain outdoor spaces for apartments: balconies that were designed as a vertical garden facade. Thus, the facade to the street was completely changed, receiving generous glazed openings doubled by the balconies with metallic structure and the vertical pergola with filiform metallic elements on which plants will climb in time.

The building was designed for 5 living units. Immediately after its completion, the first 3 floors were rented as company spaces for liberal professions, using the initial flexible configuration, thus resulting in a mixed use of the building. 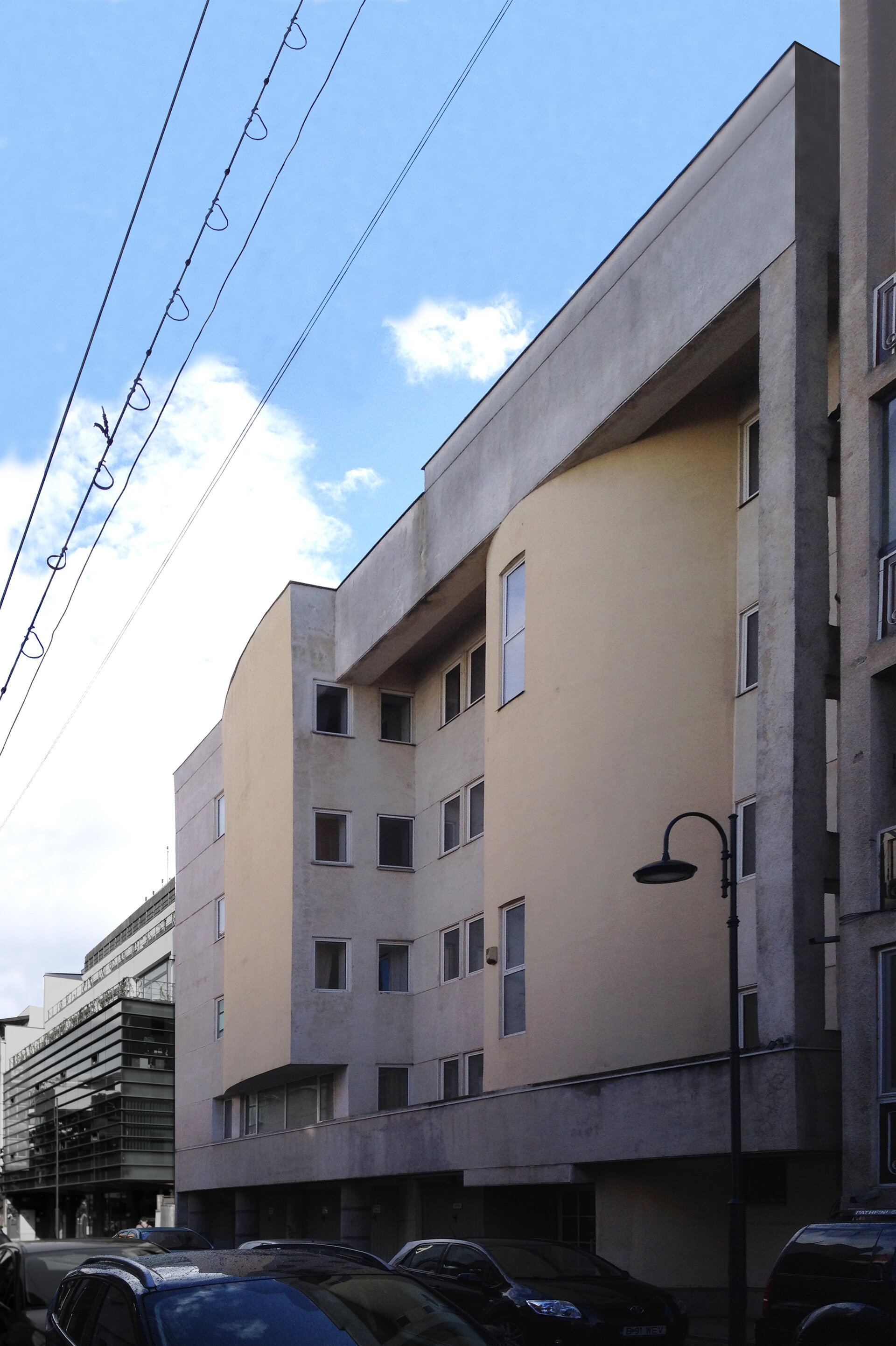 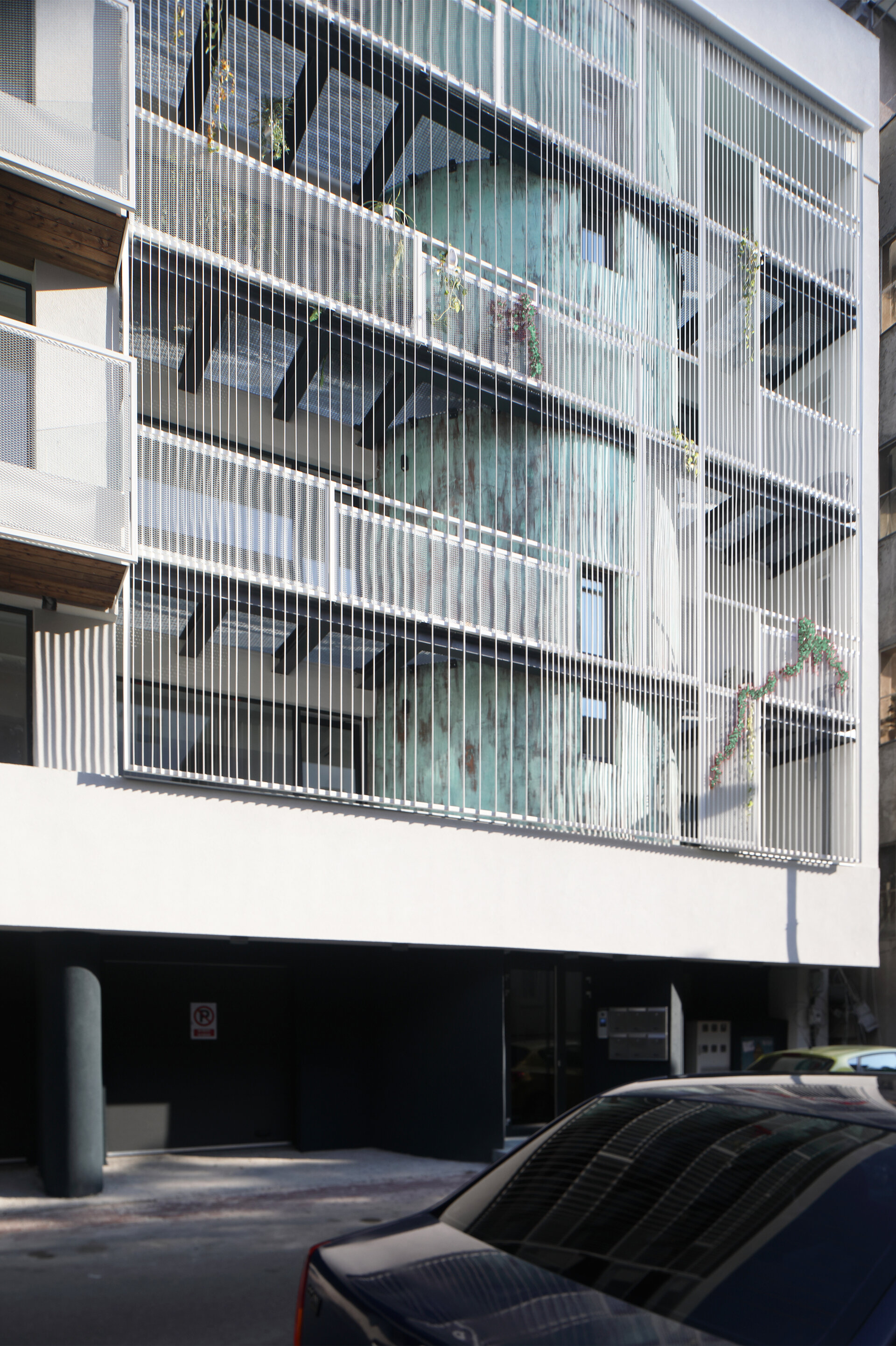 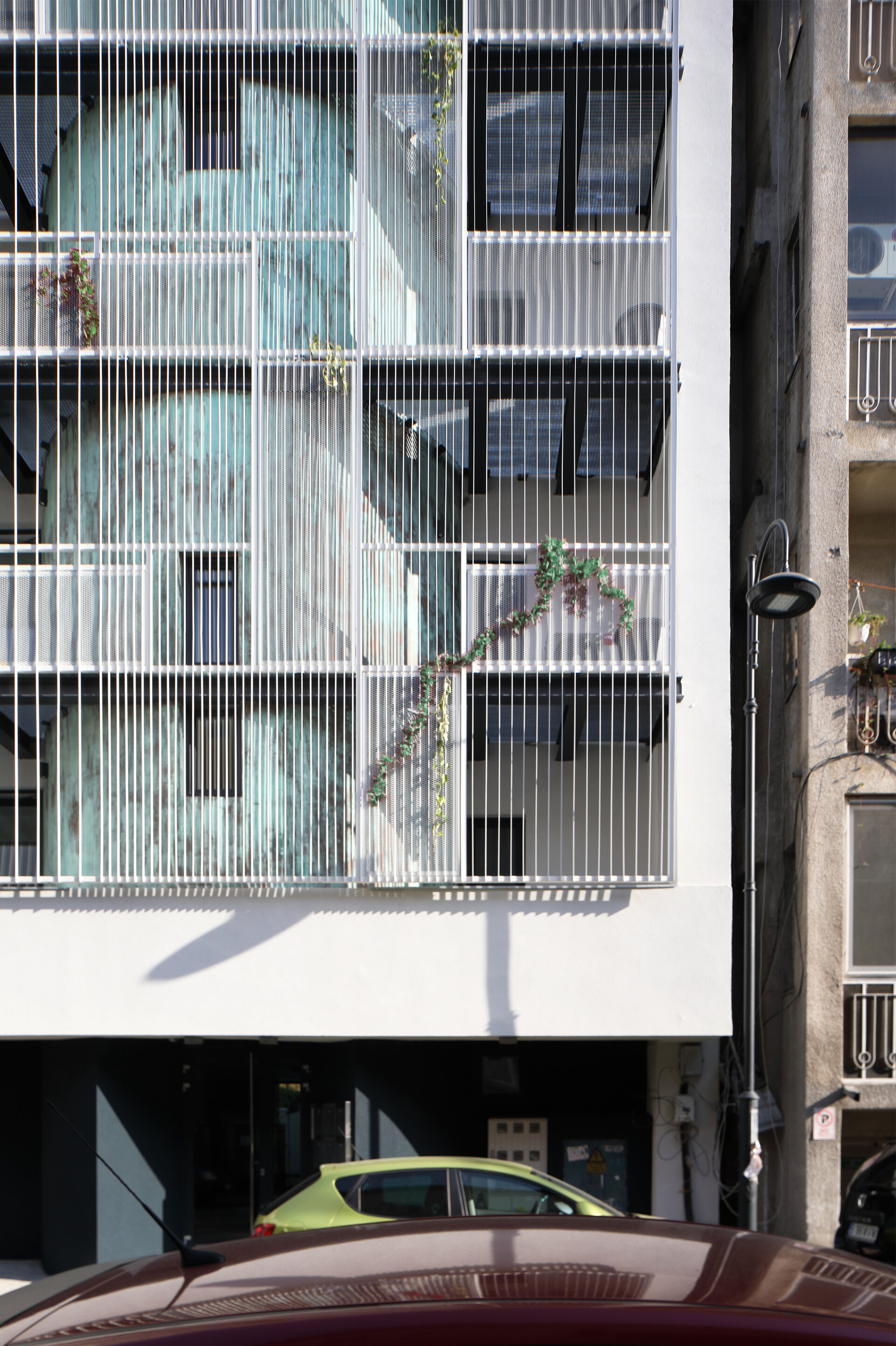 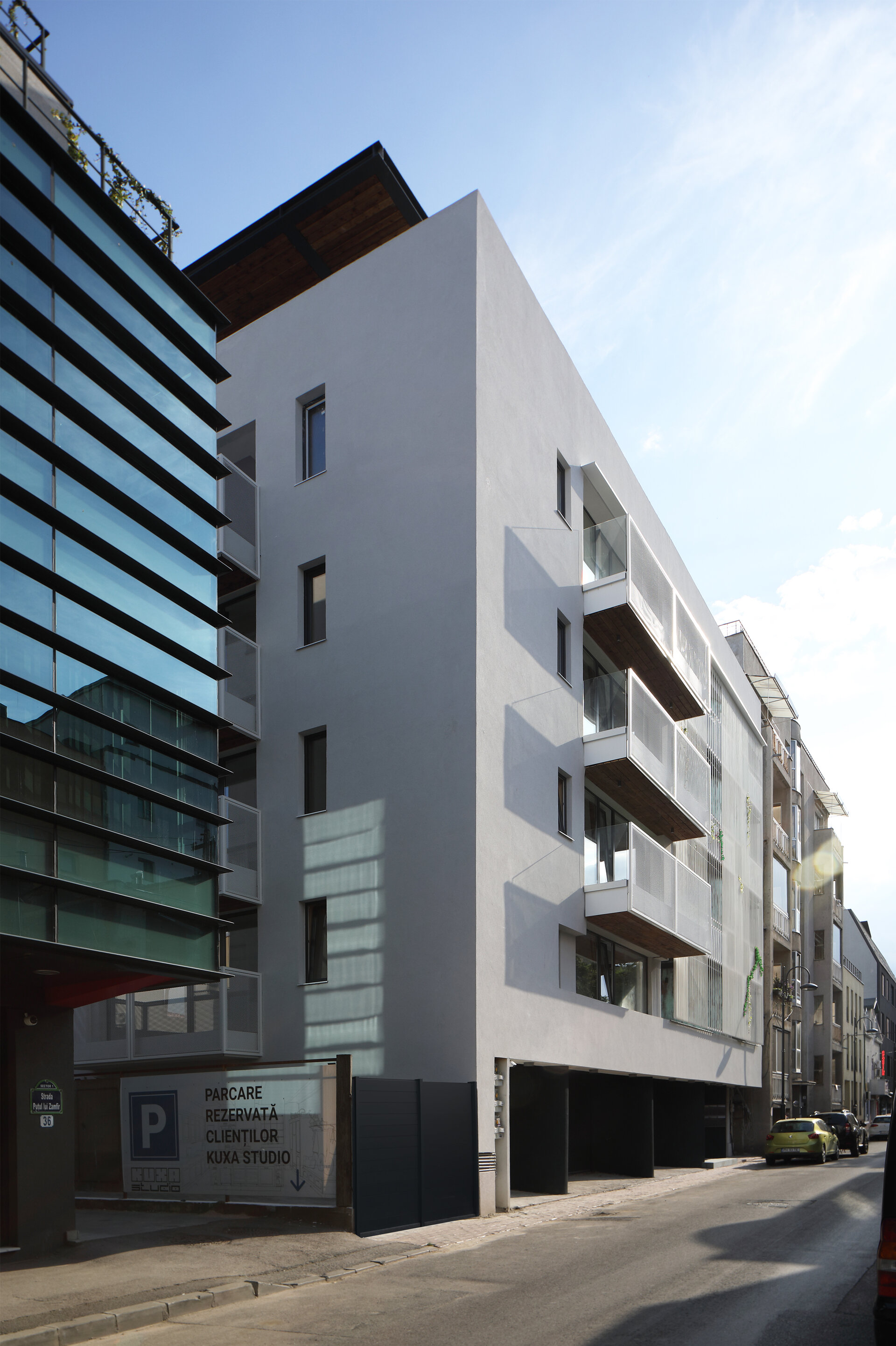 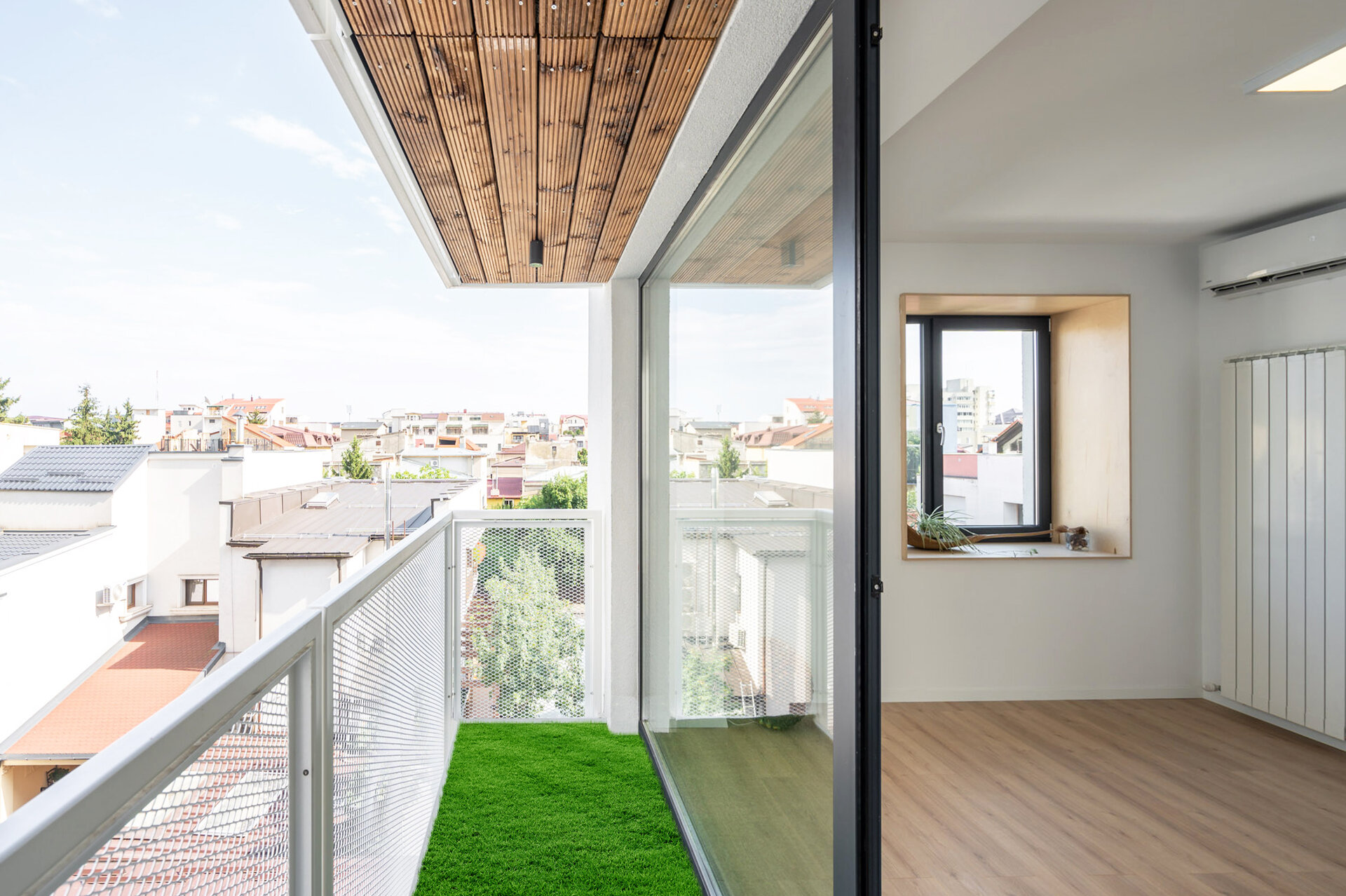 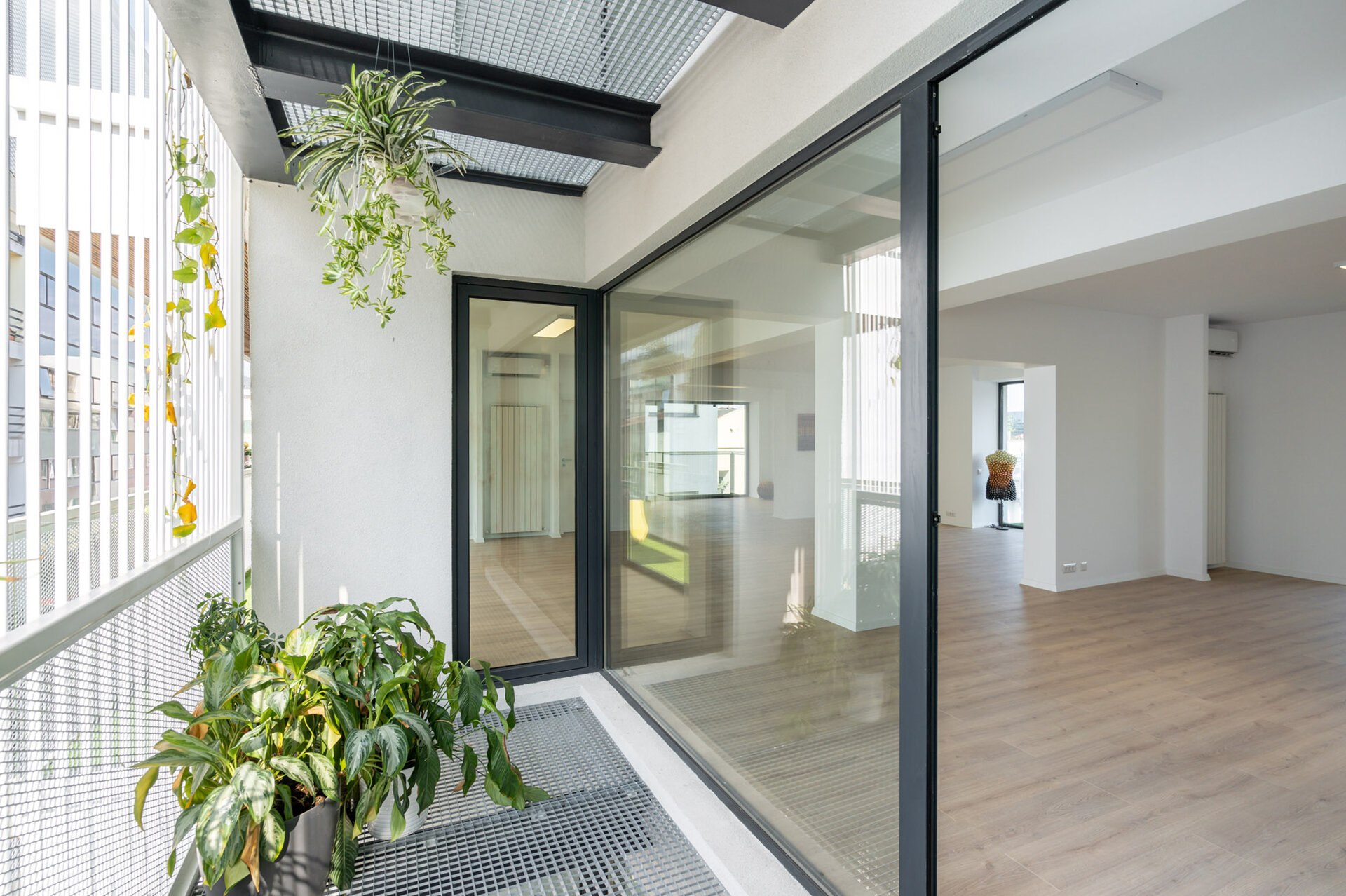 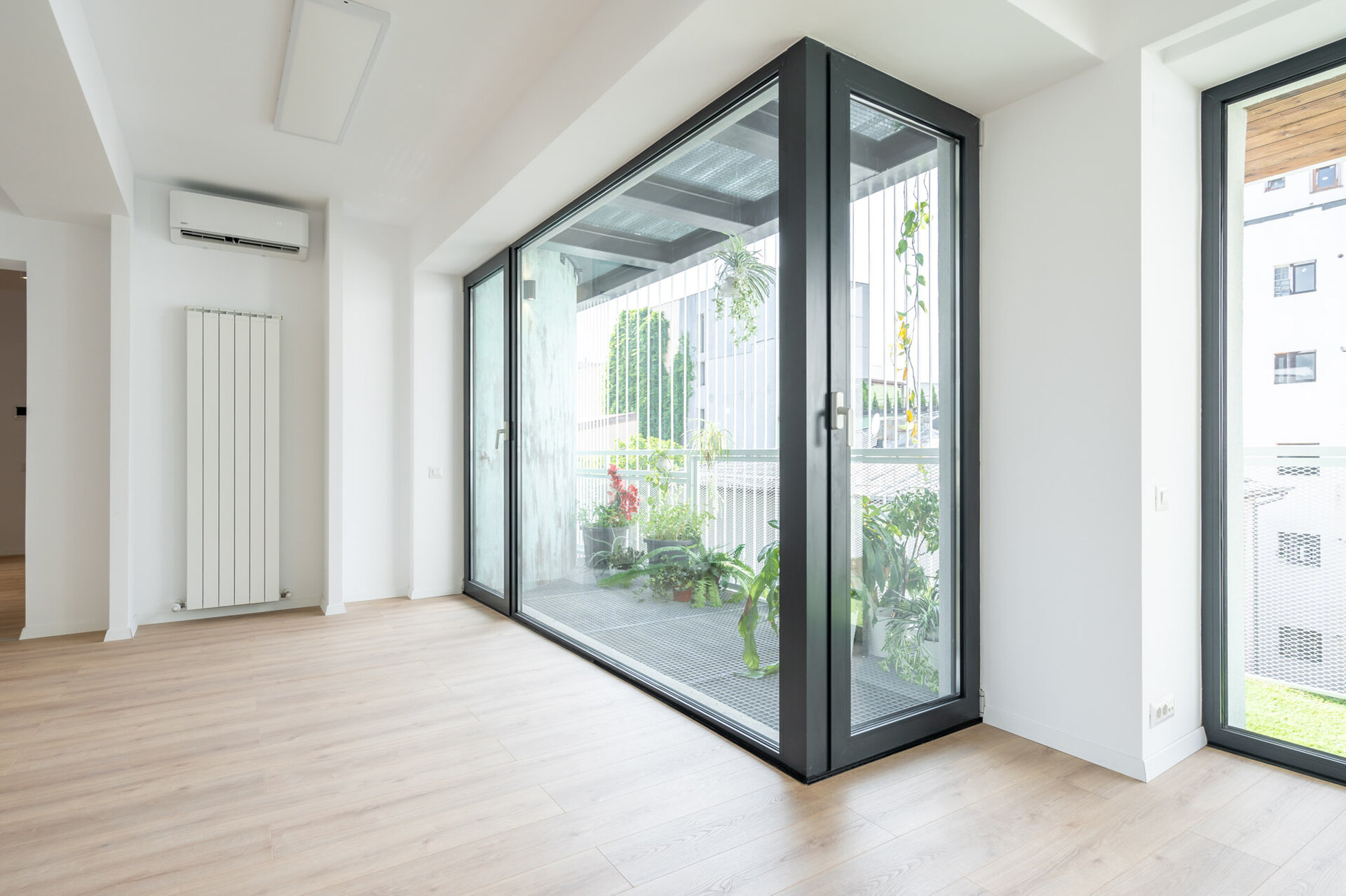 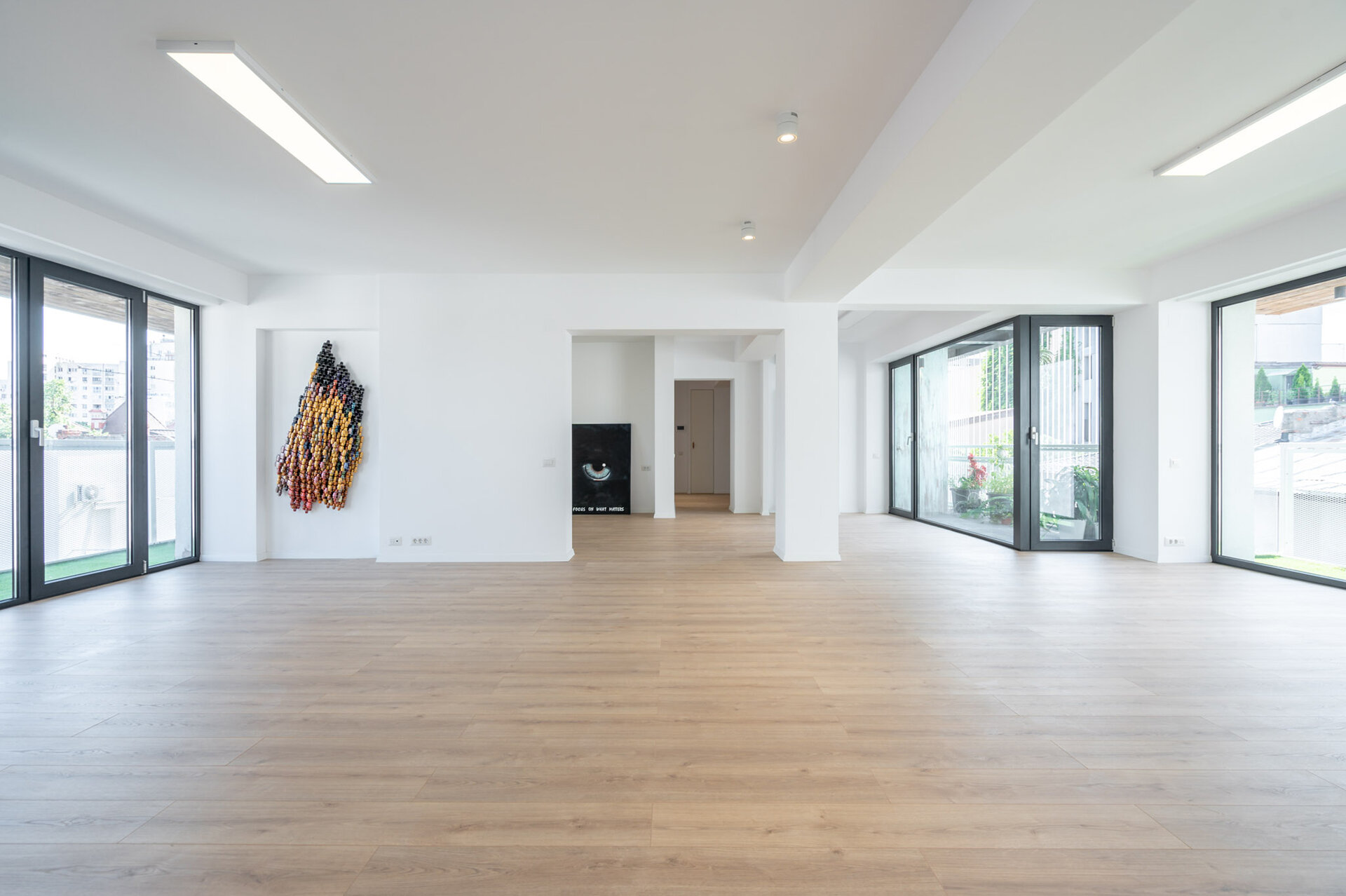 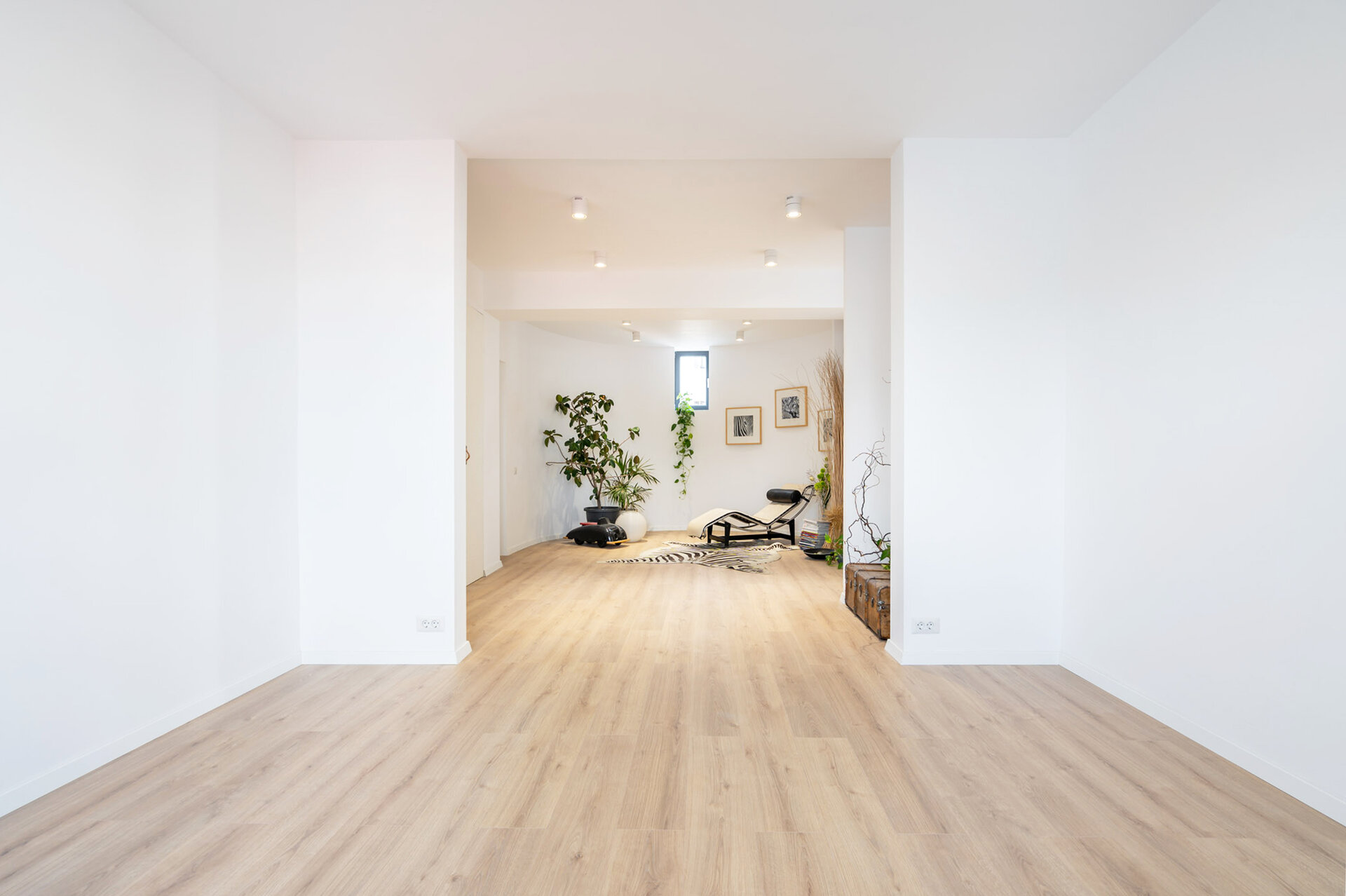 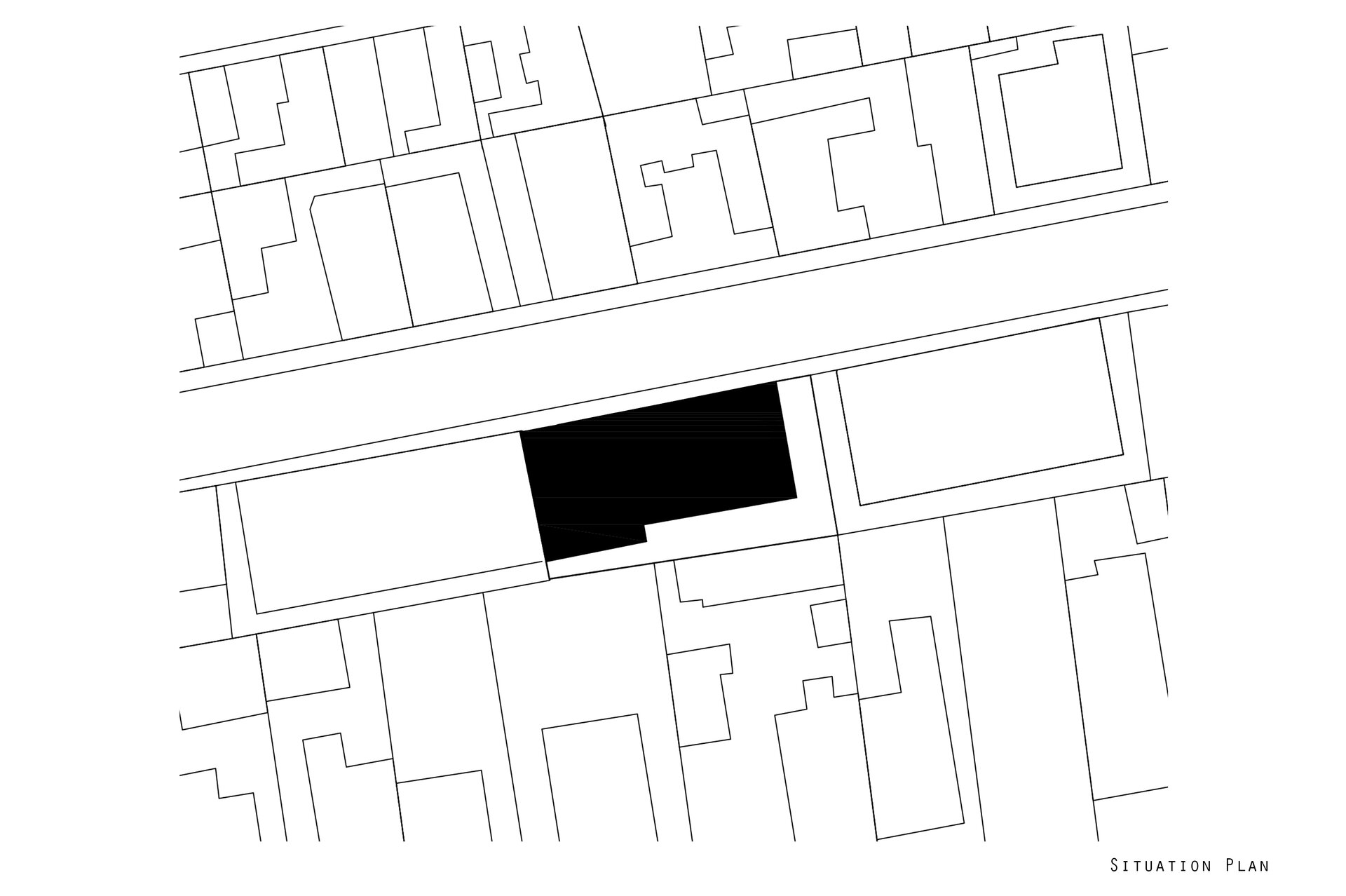 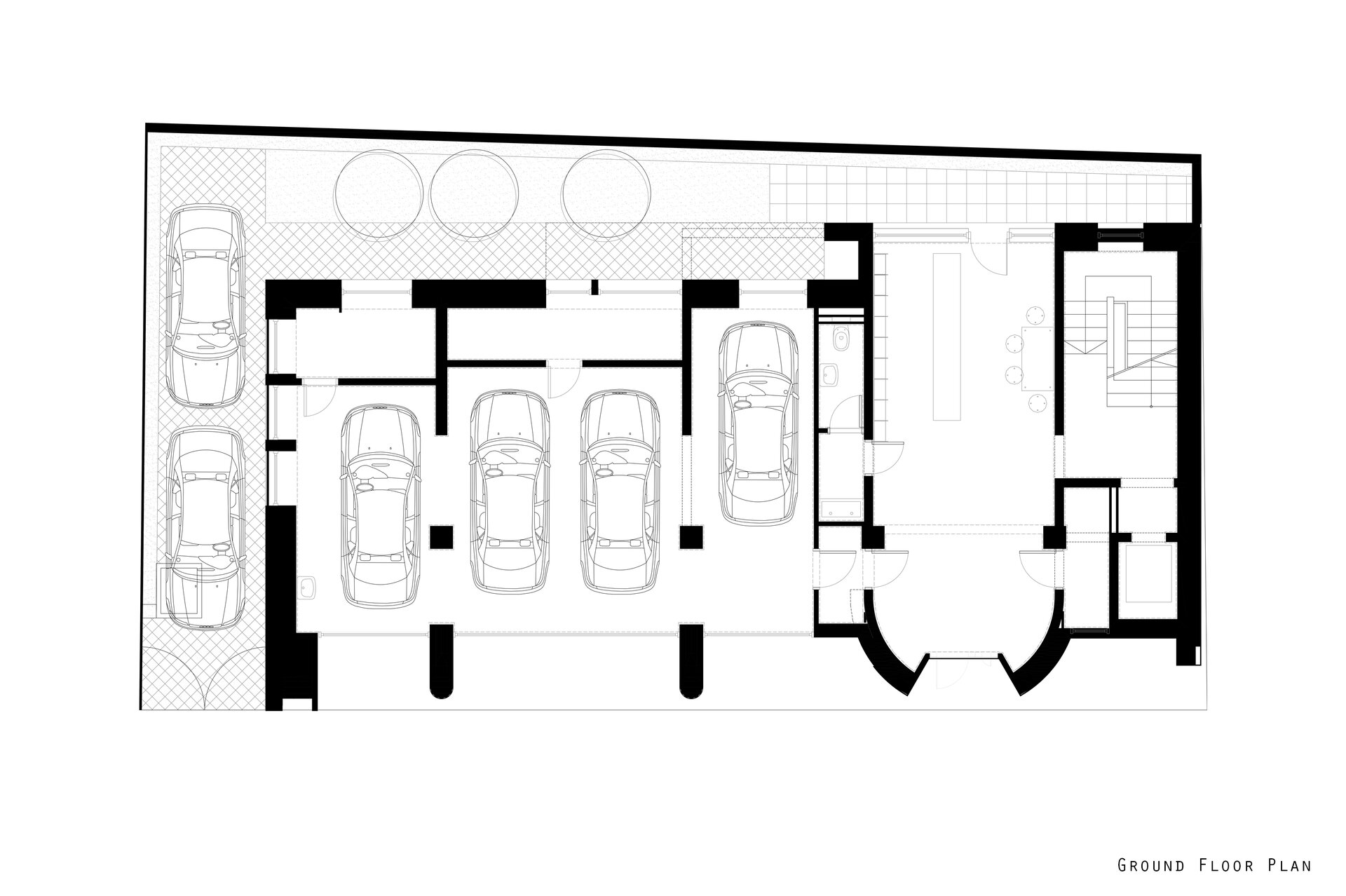 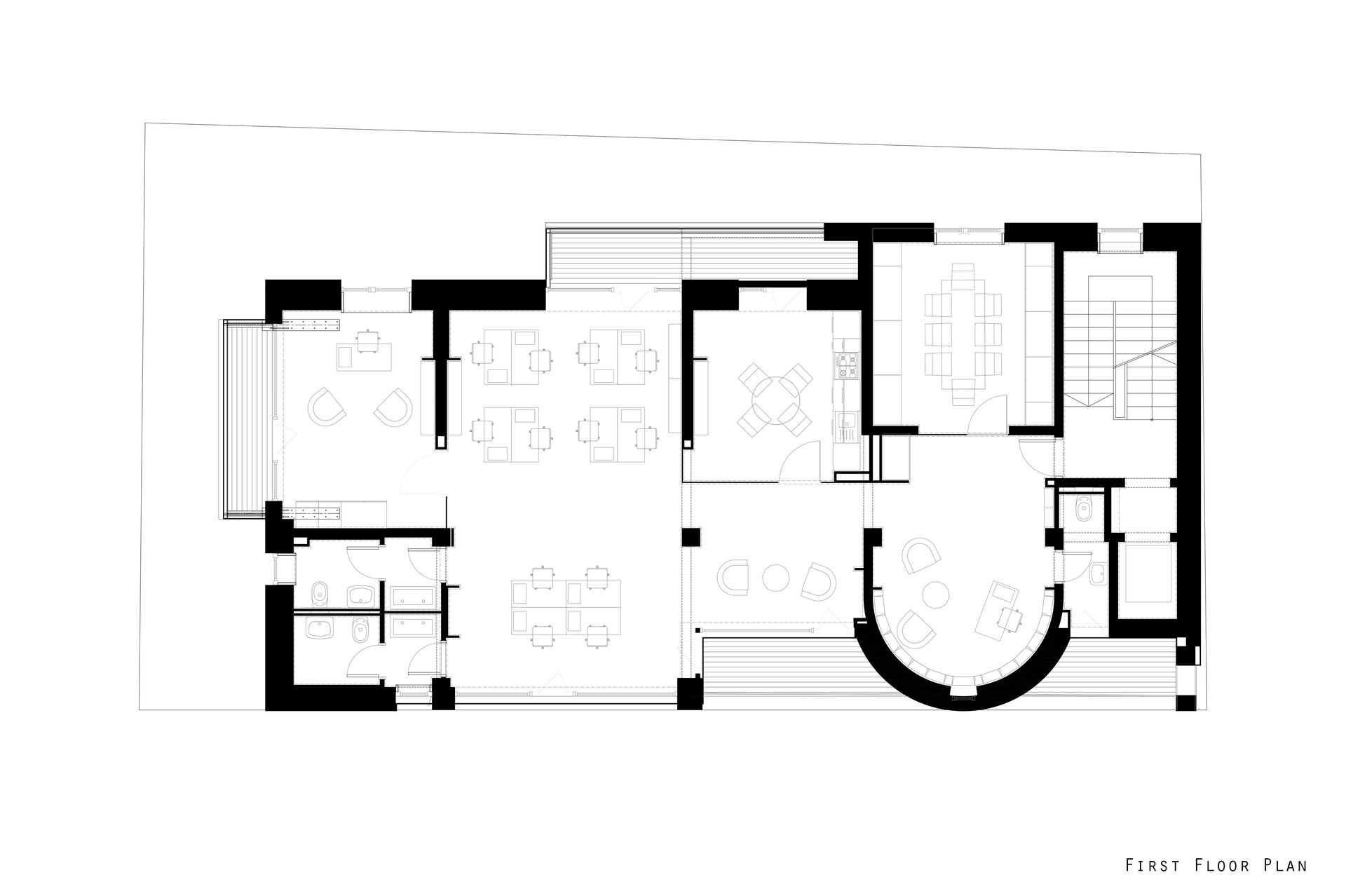 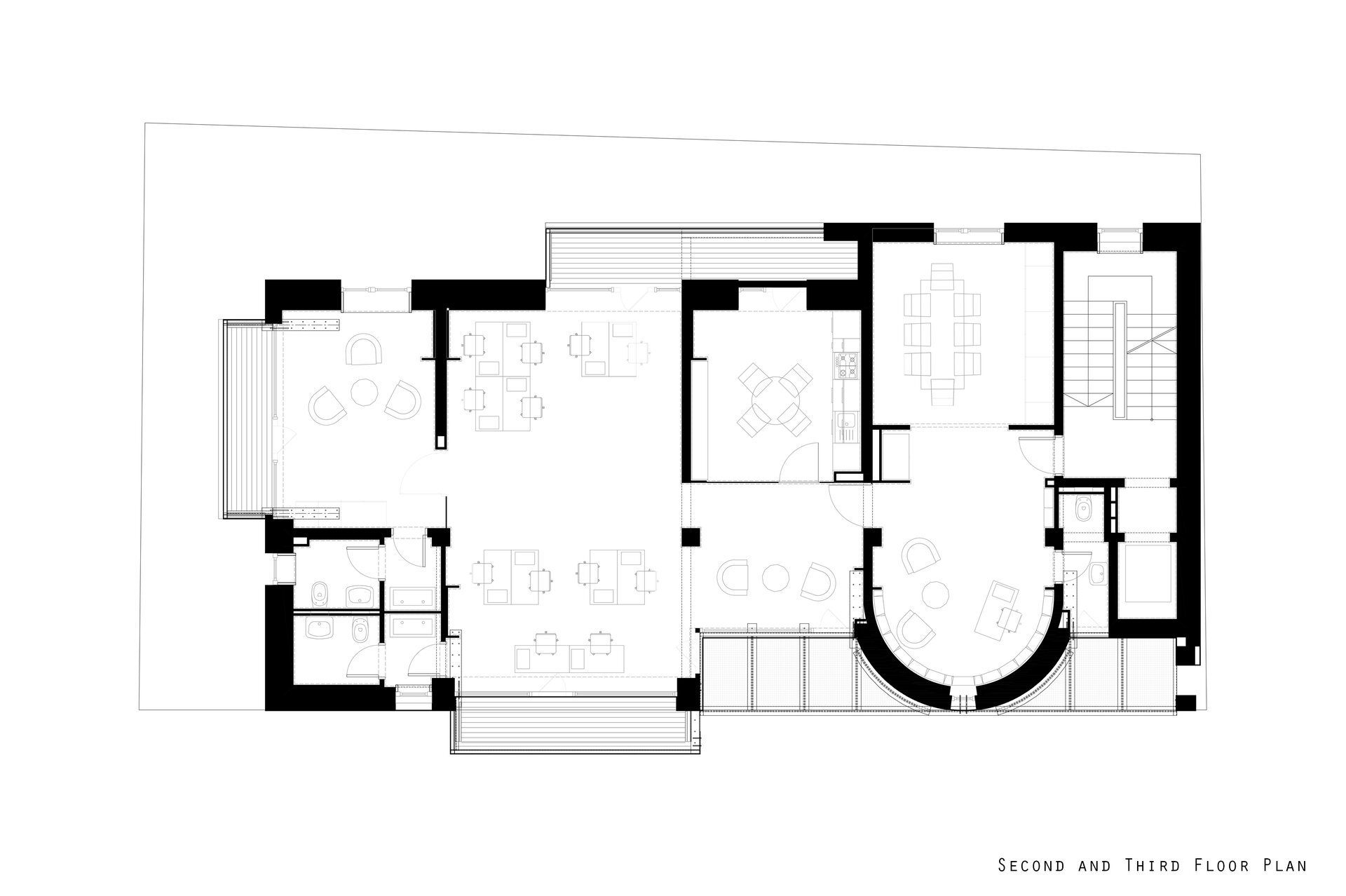 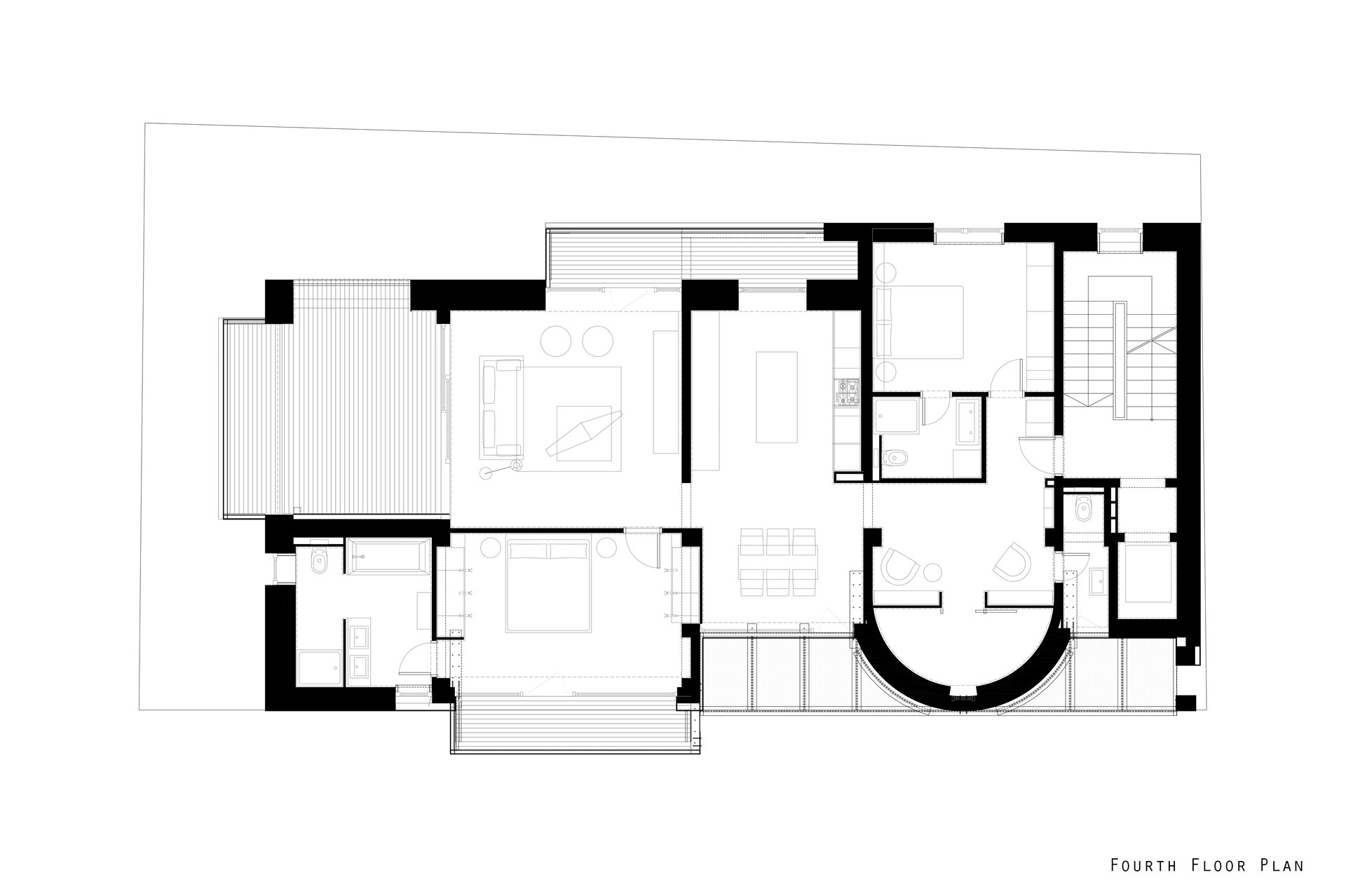 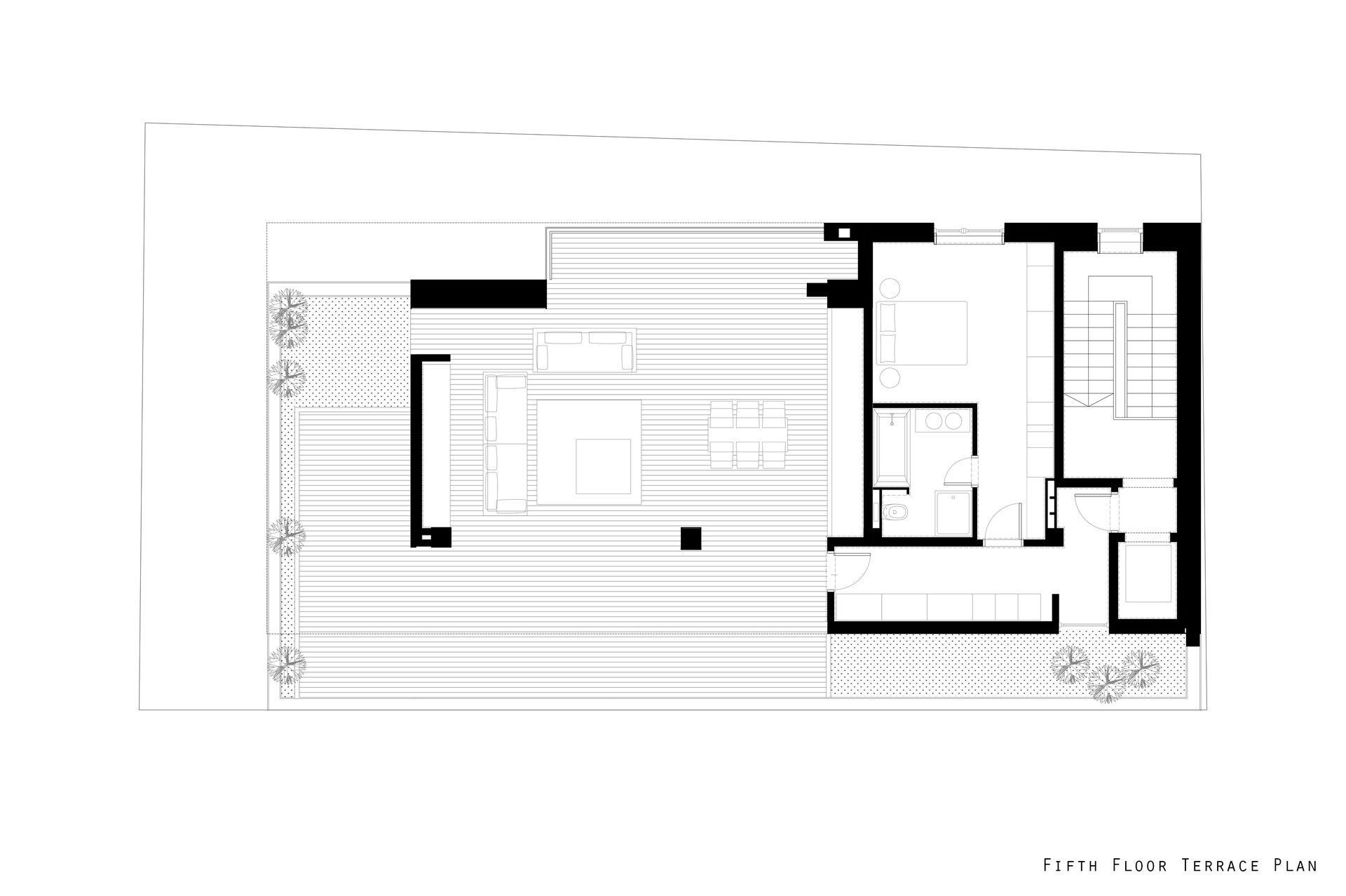 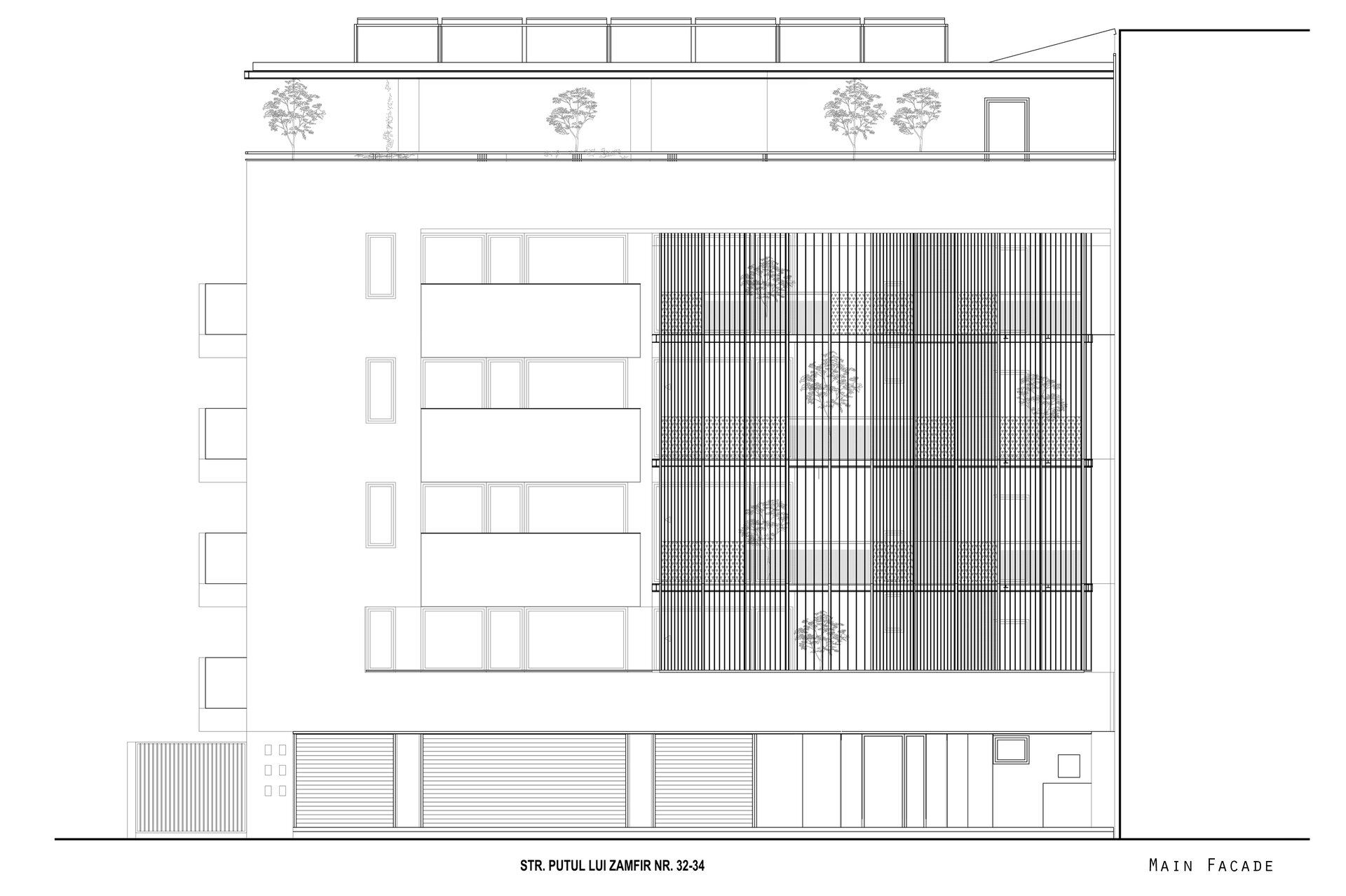