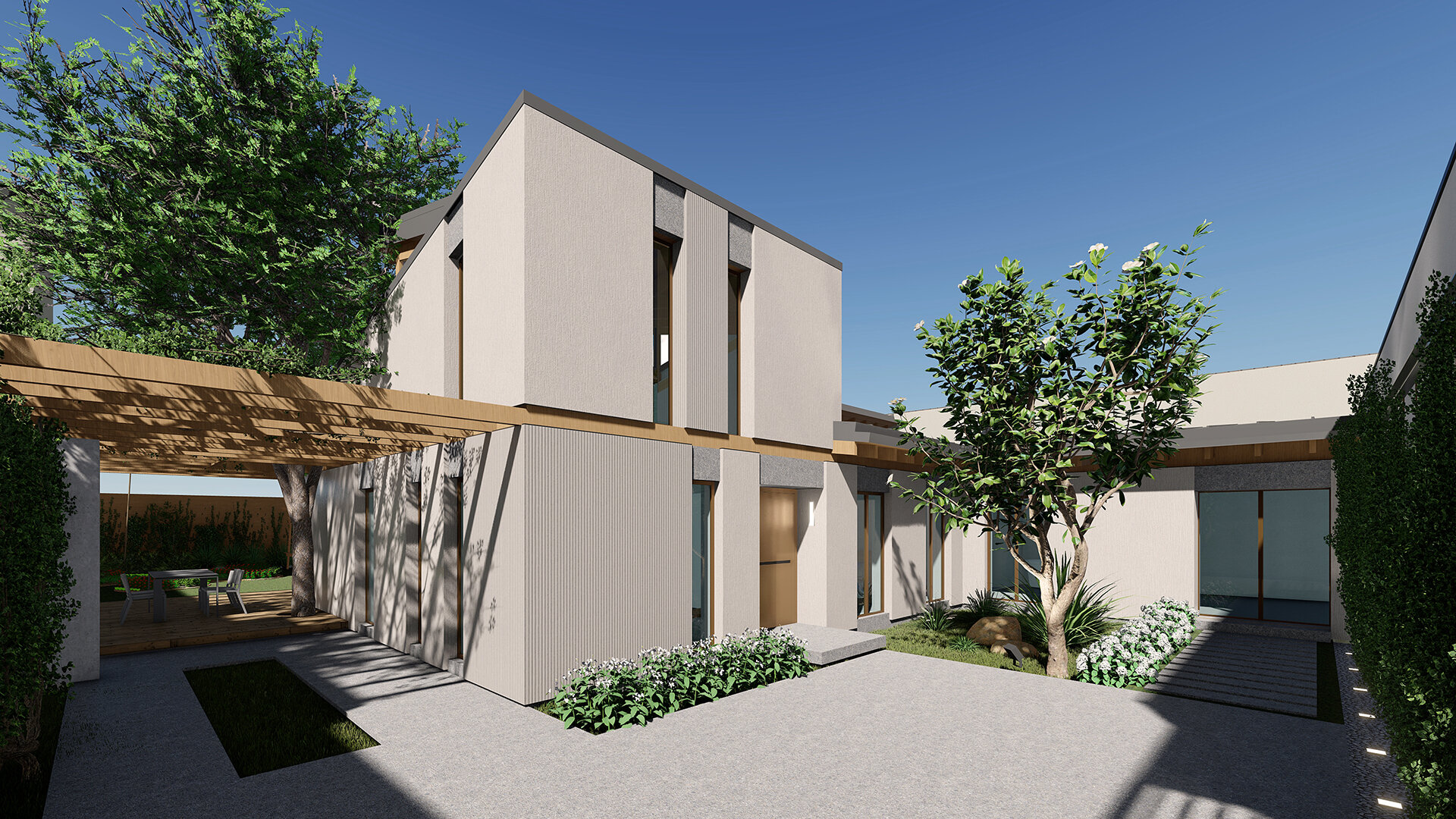 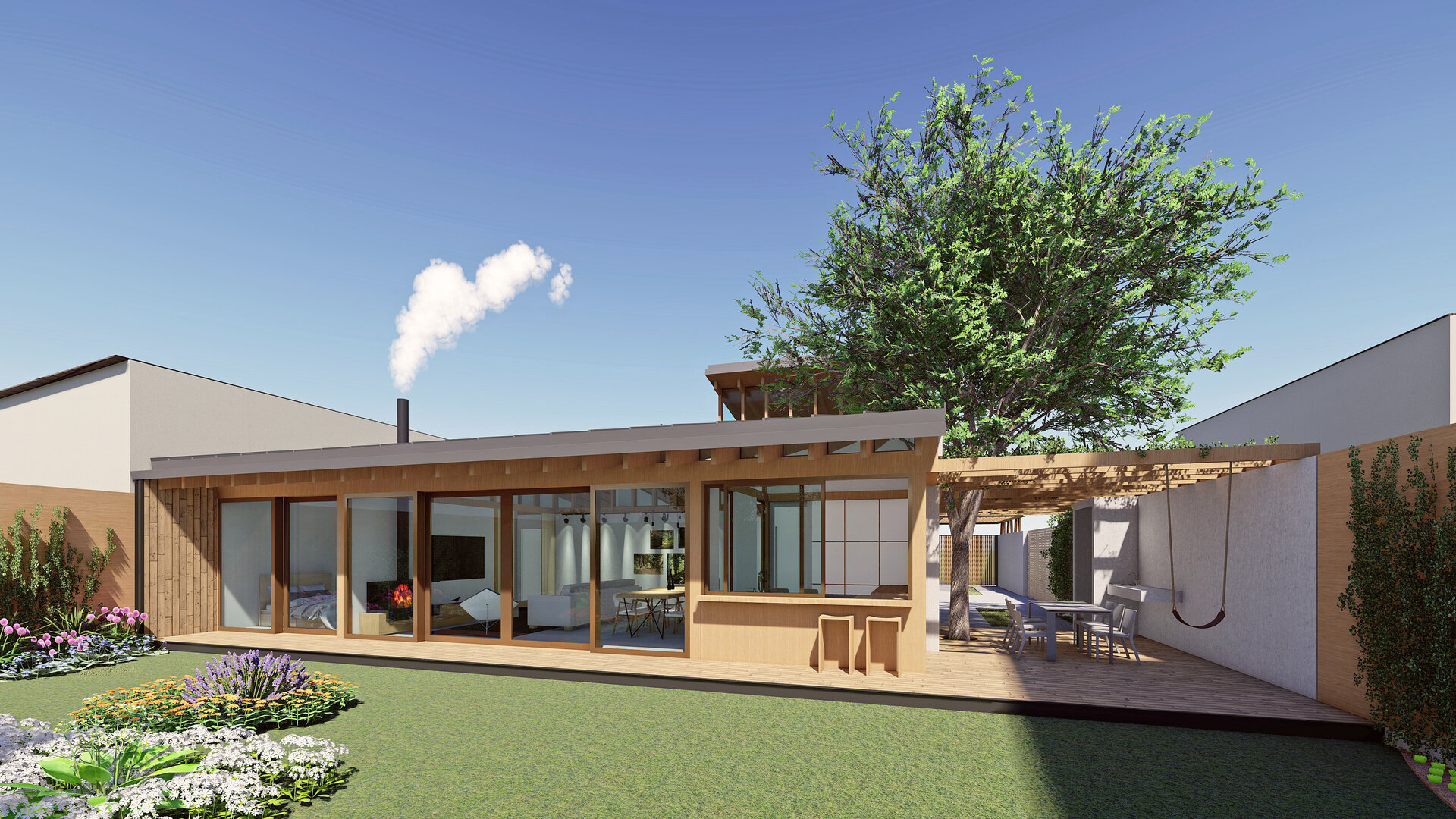 The project is realized in a chaotic urban fabric of Bucharest, a place with low but densely built houses, where the urban constraints imposed the attachment to the blind wall of the building on the right and the placement of the building directly on the property boundary to the street. The owners wanted a ground-floor house with a commercial function on the street and the living, intimate functions distributed behind it. From these constraints resulted a house with two courtyards, the first courtyard being an access and representation courtyard and the second one, an intimate private garden, oriented to the South-East.
Inspired by the Japanese architecture, we created a simple home where the architecture is born from the play of the structural elements of the roof and resides in small details like the strip of glass between the roebucks of the roof to the garden. The living room, the dining room, the kitchen and one other room open to the garden and the other two rooms to the Japanese courtyard near the entrance. When one enters the house, the perspective is deep and you perceive the garden so that the second courtyard is revealed to you from the entrance. The kitchen has a cooking area in the front so you can cook looking directly outside. Another constraint of the site was the cherry tree and the desire of the owners to dine under the cherry. Thus, the volume towards the garden continues with a pergola up to the property limit and incorporates a terrace in the shade of the cherry. Inside, the architecture of the roof remains visible throughout the house due to the fact that the partition walls do not go up, but stop in an intermediate beam. Above the beam, the closures are made of glass so that there is a visual continuity of the roof in the other spaces. 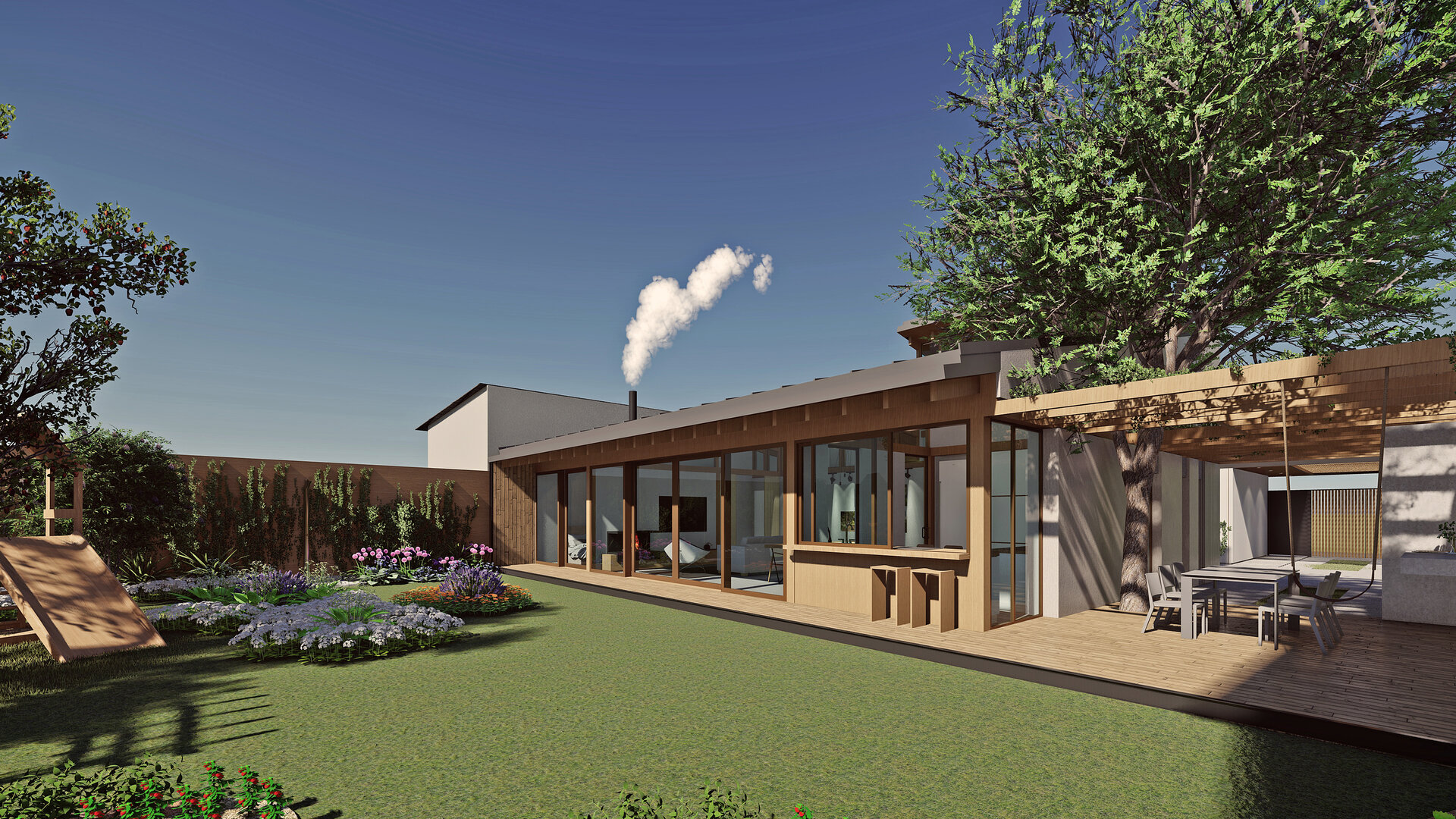 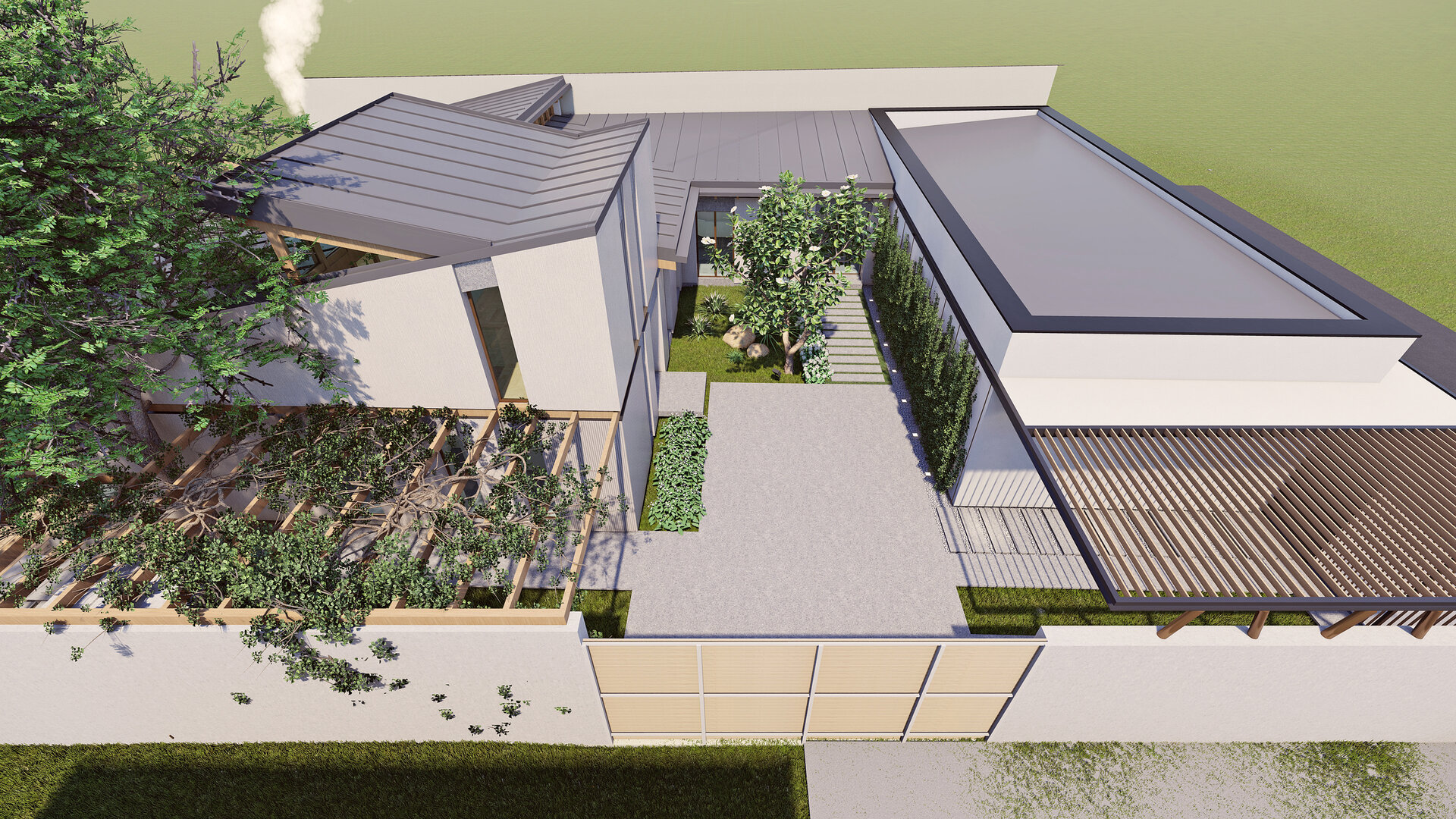 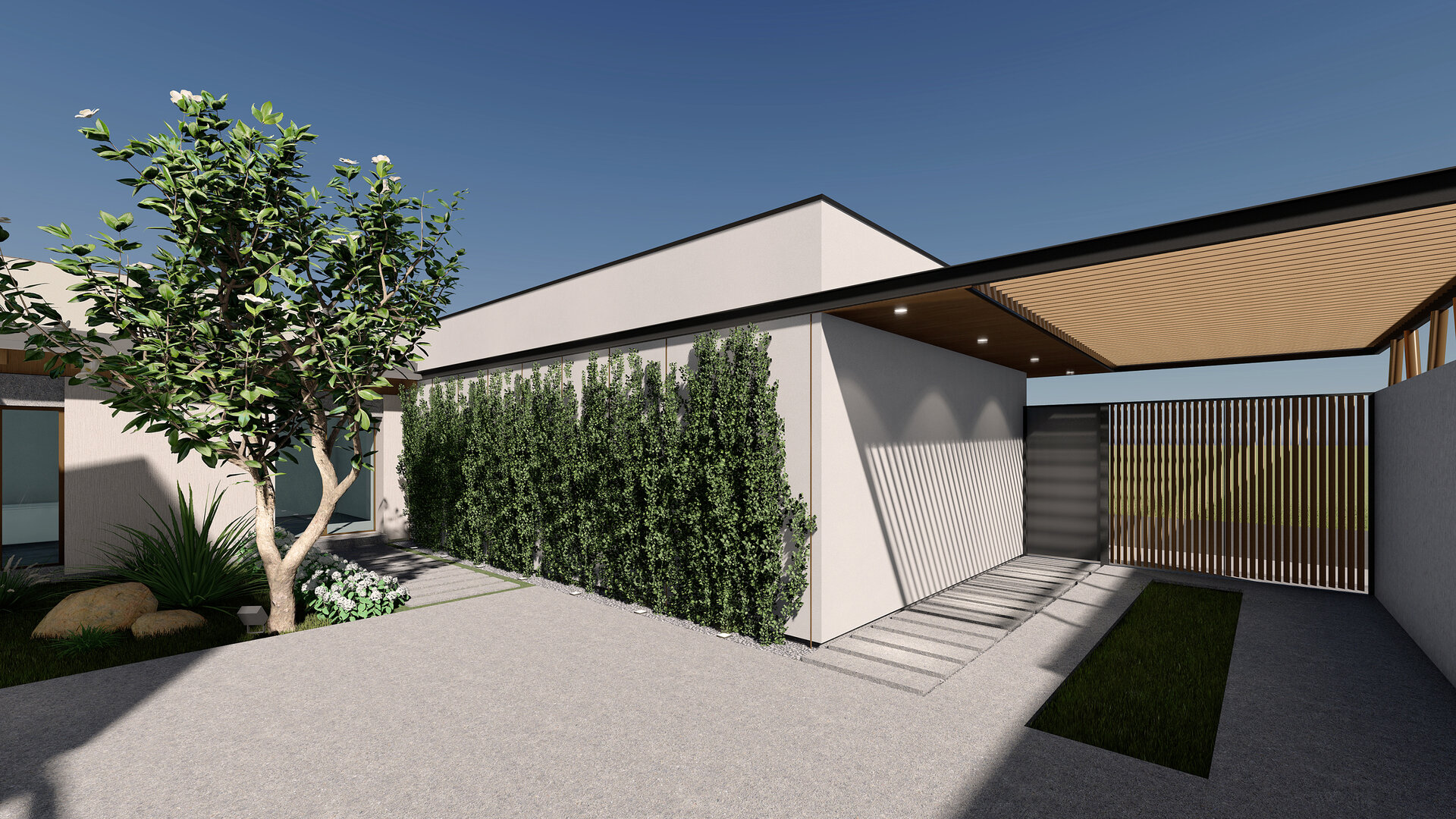 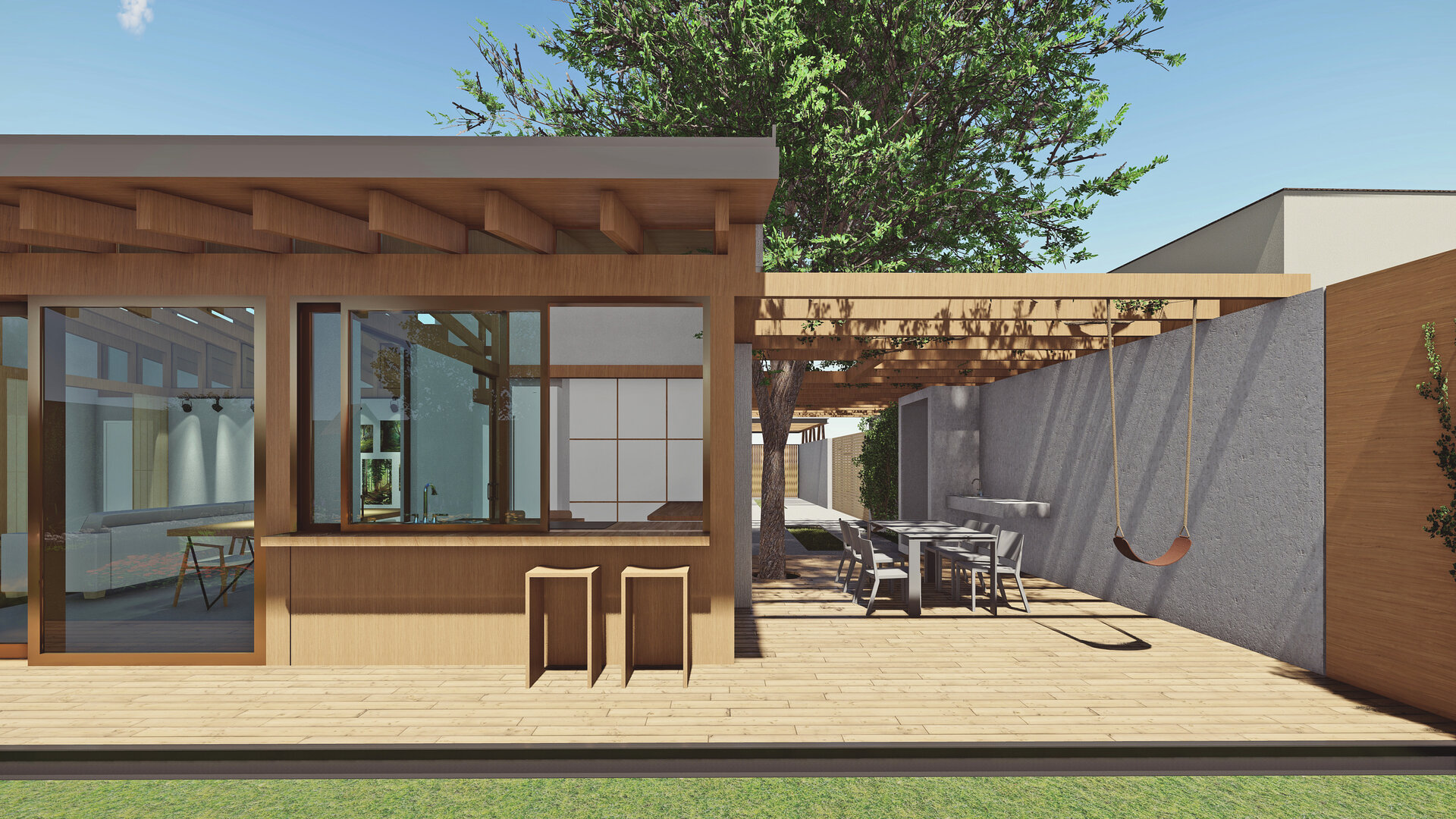 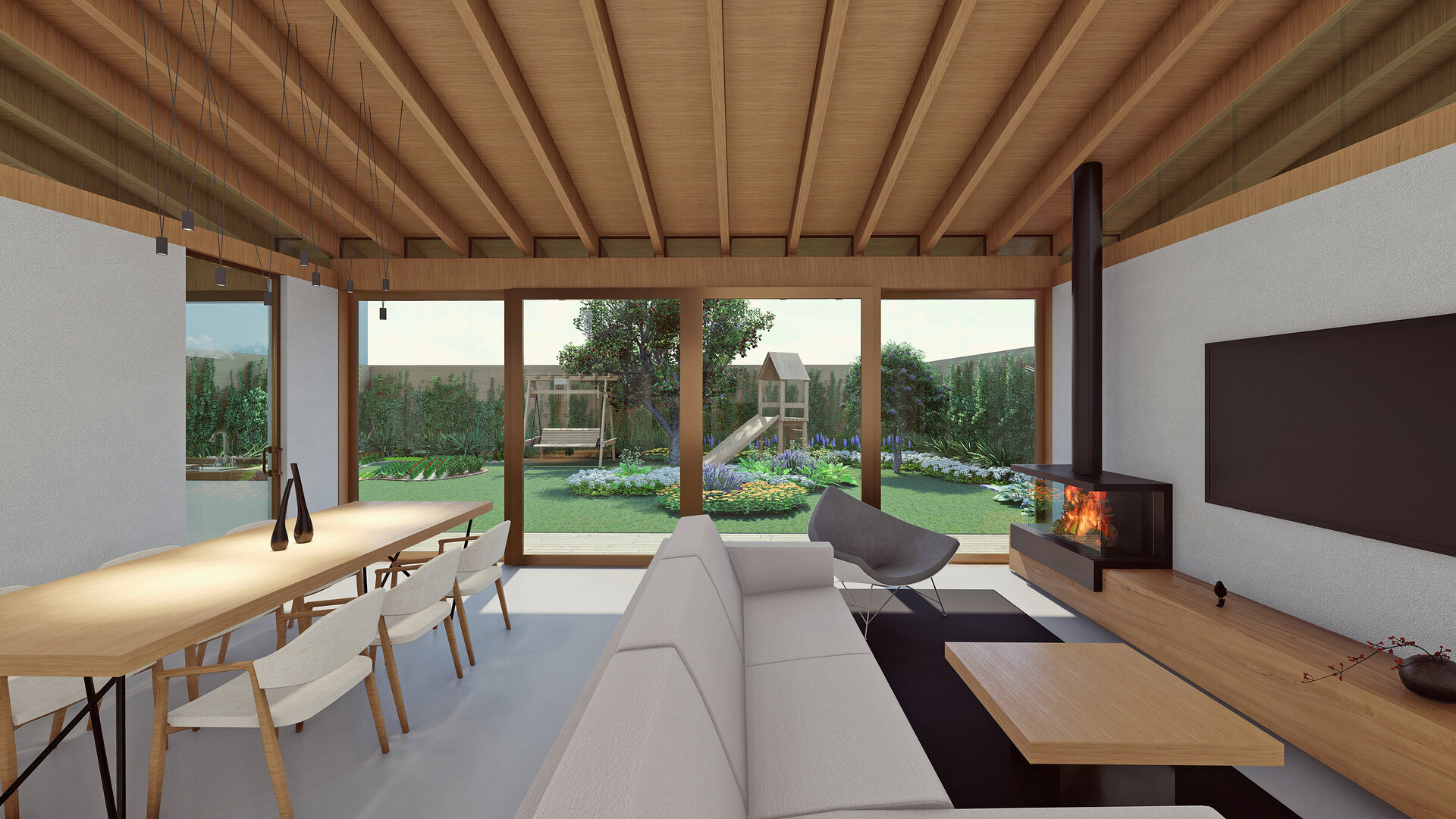 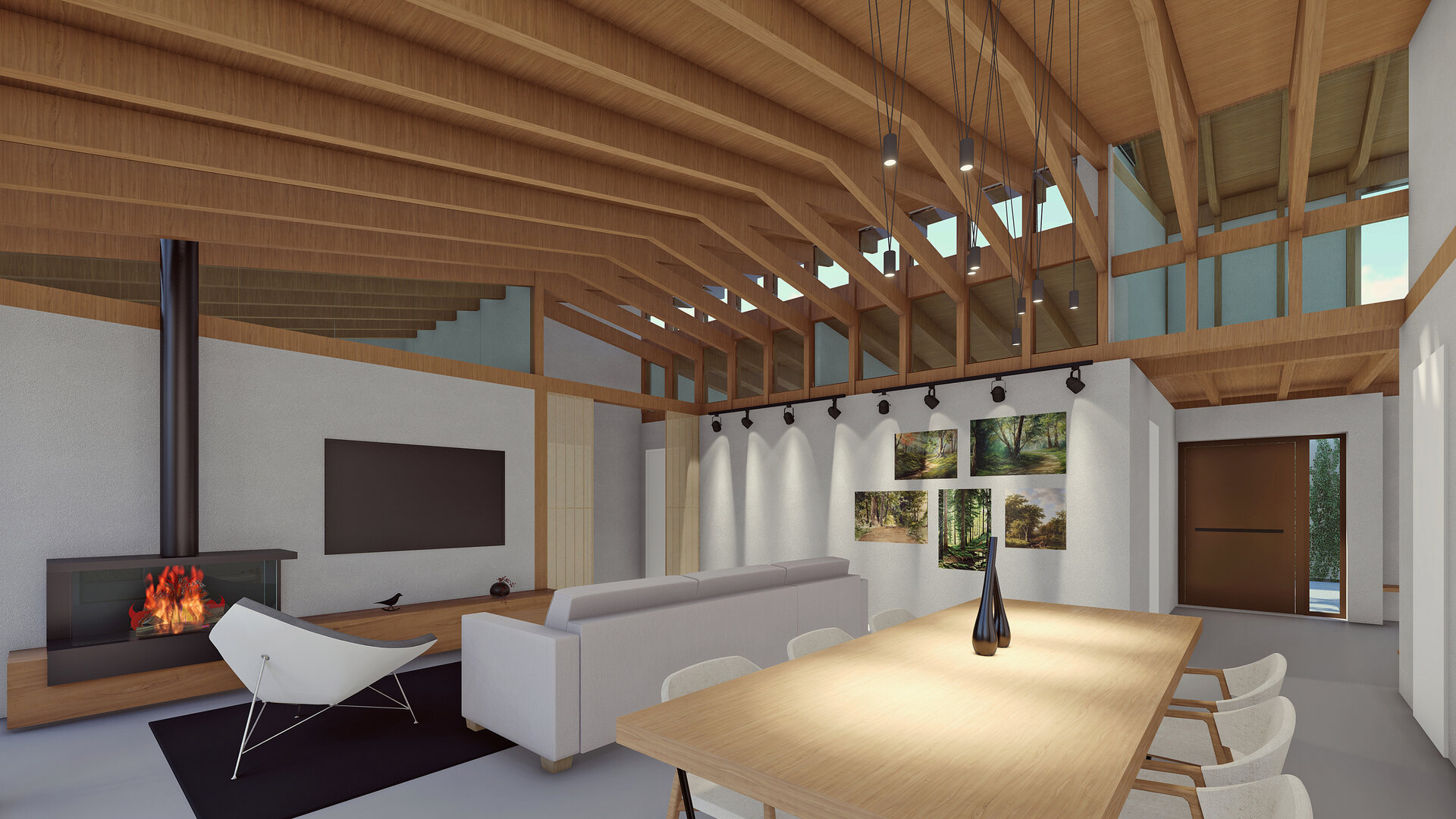 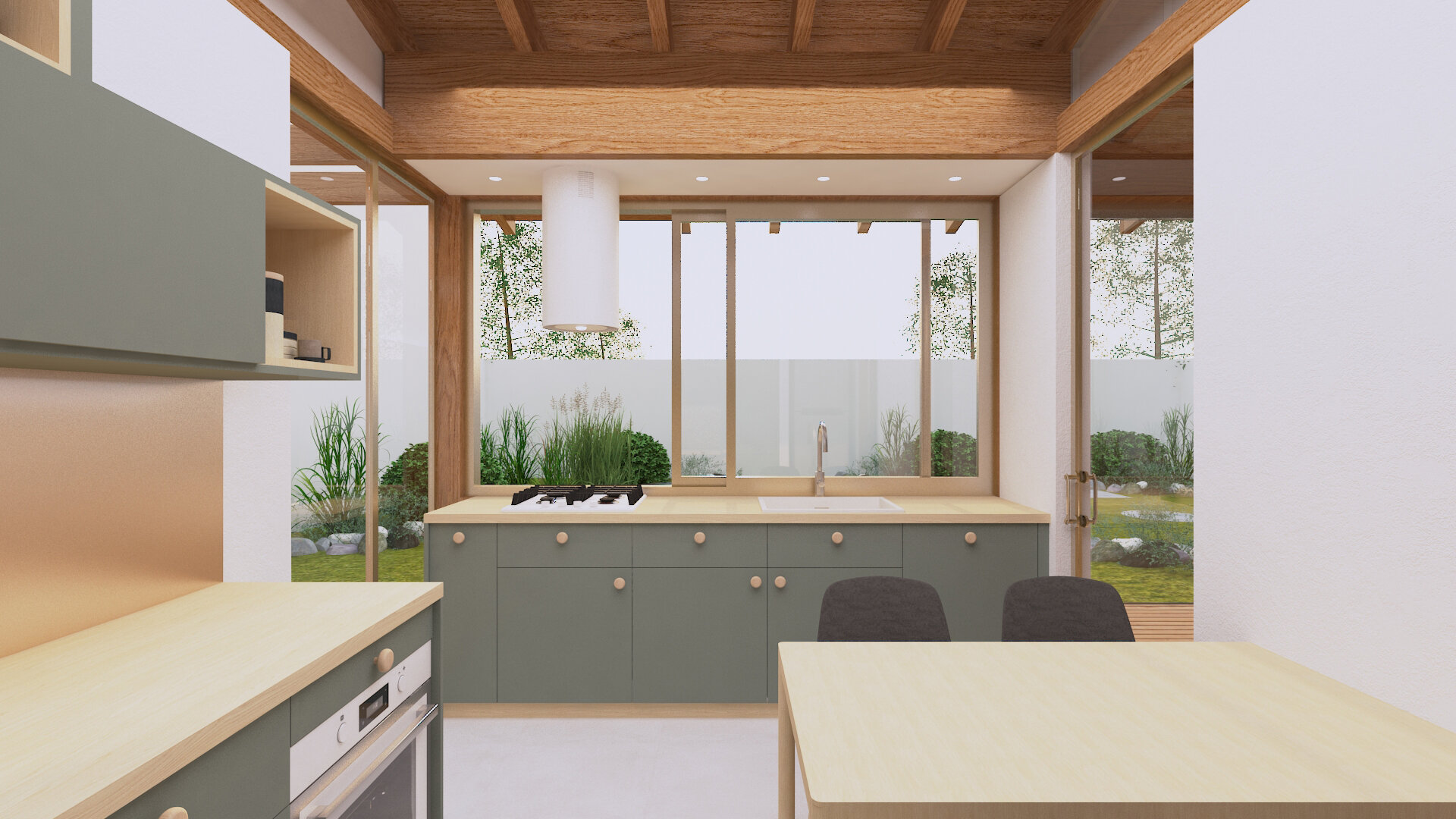 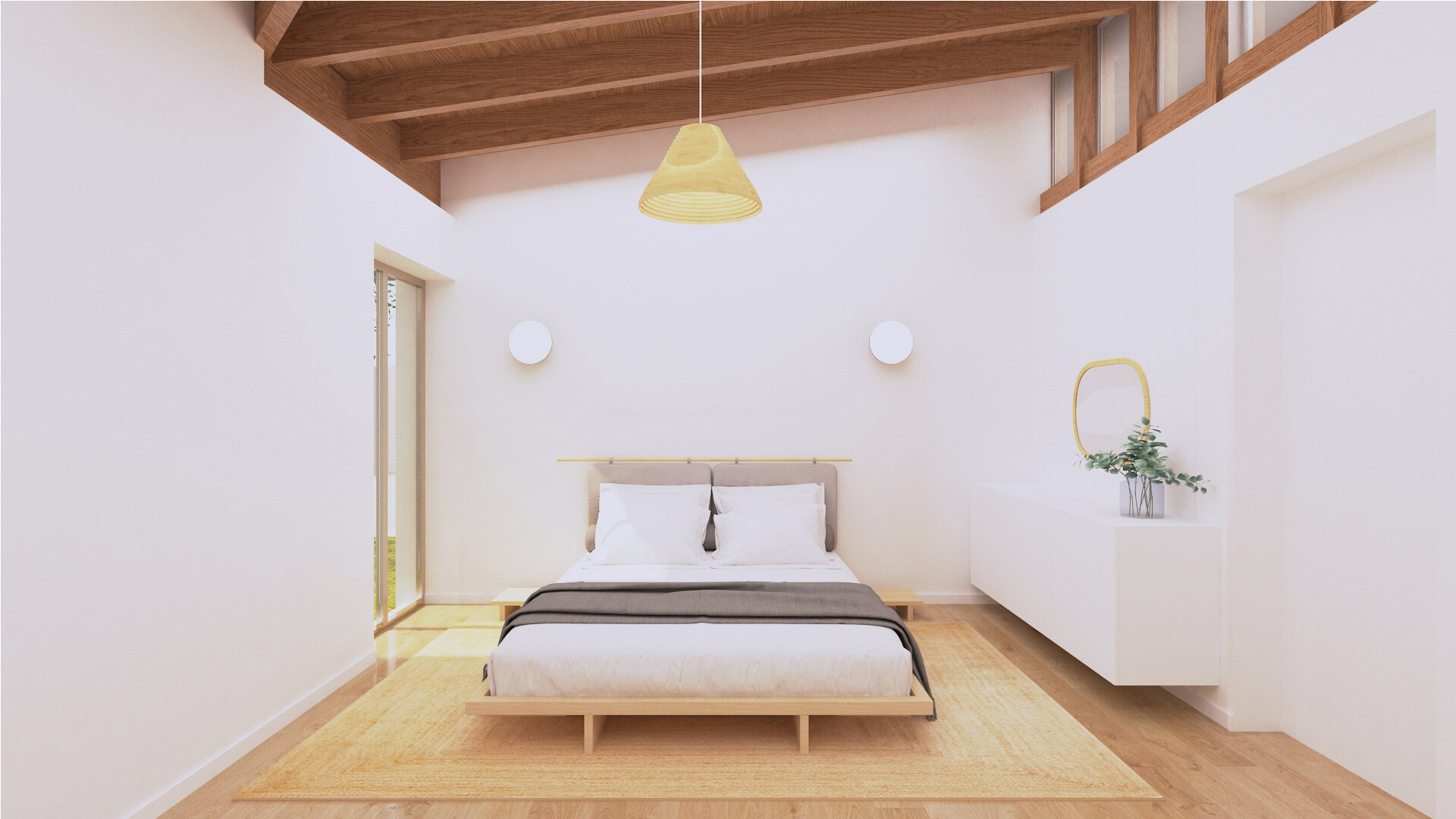 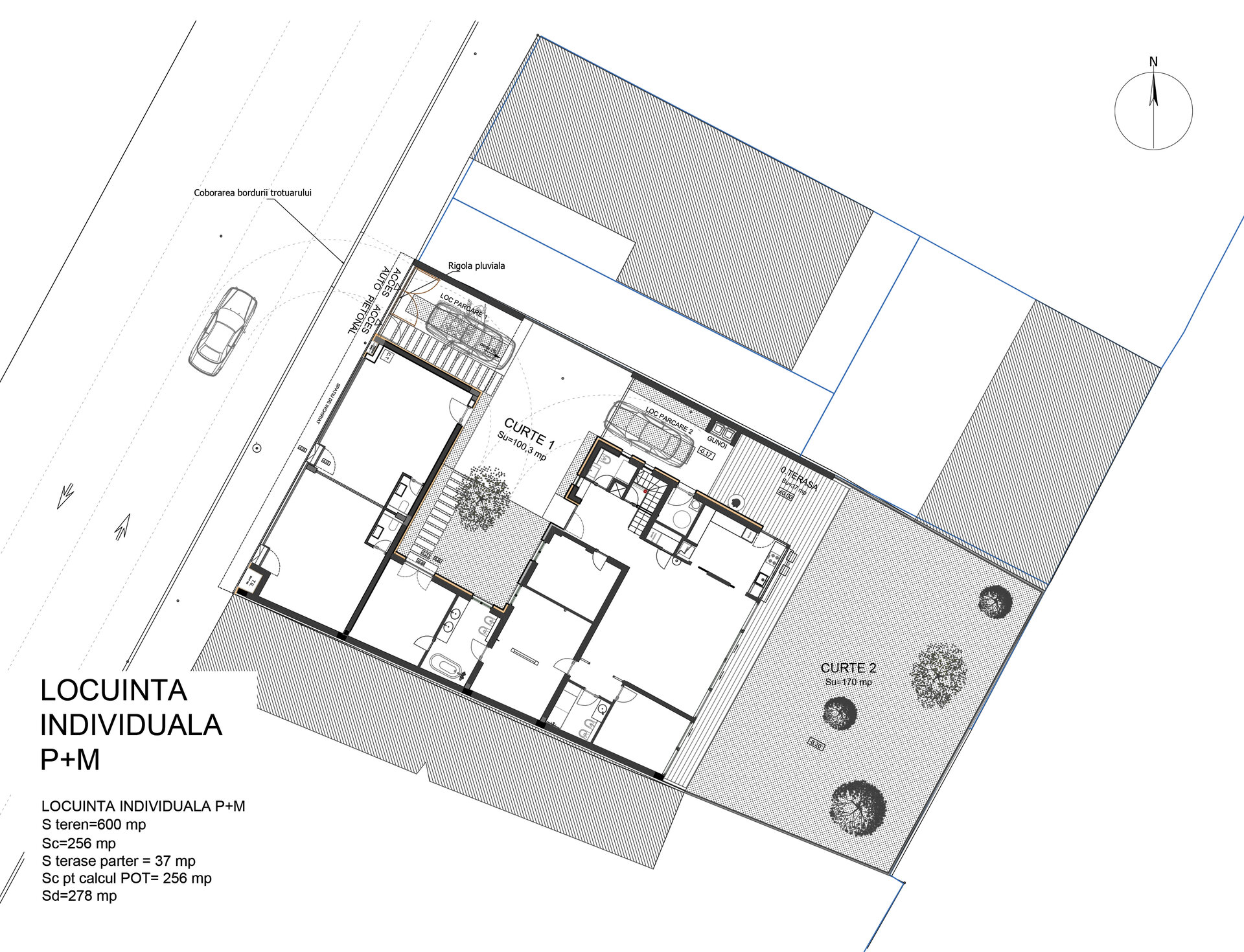 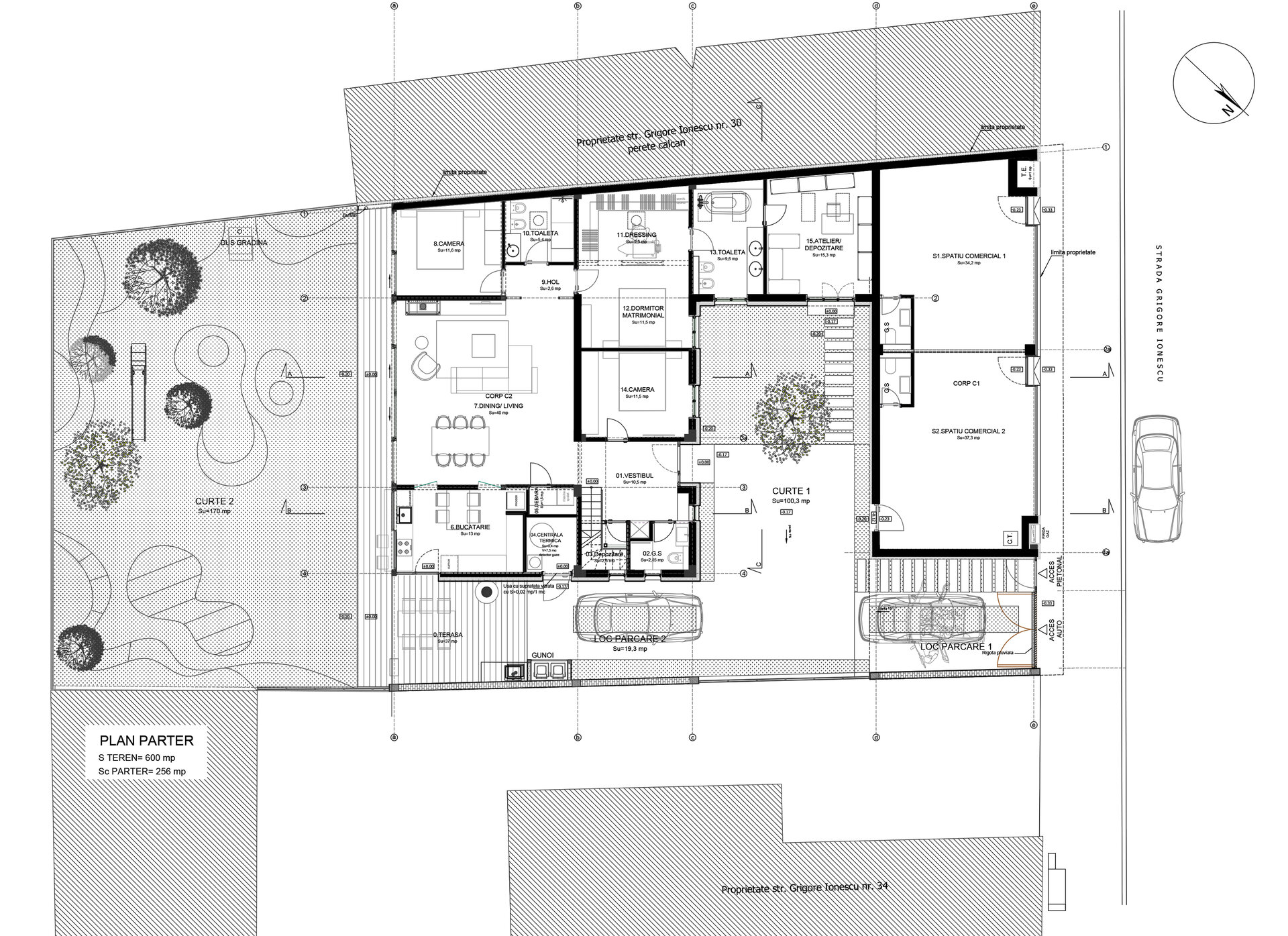