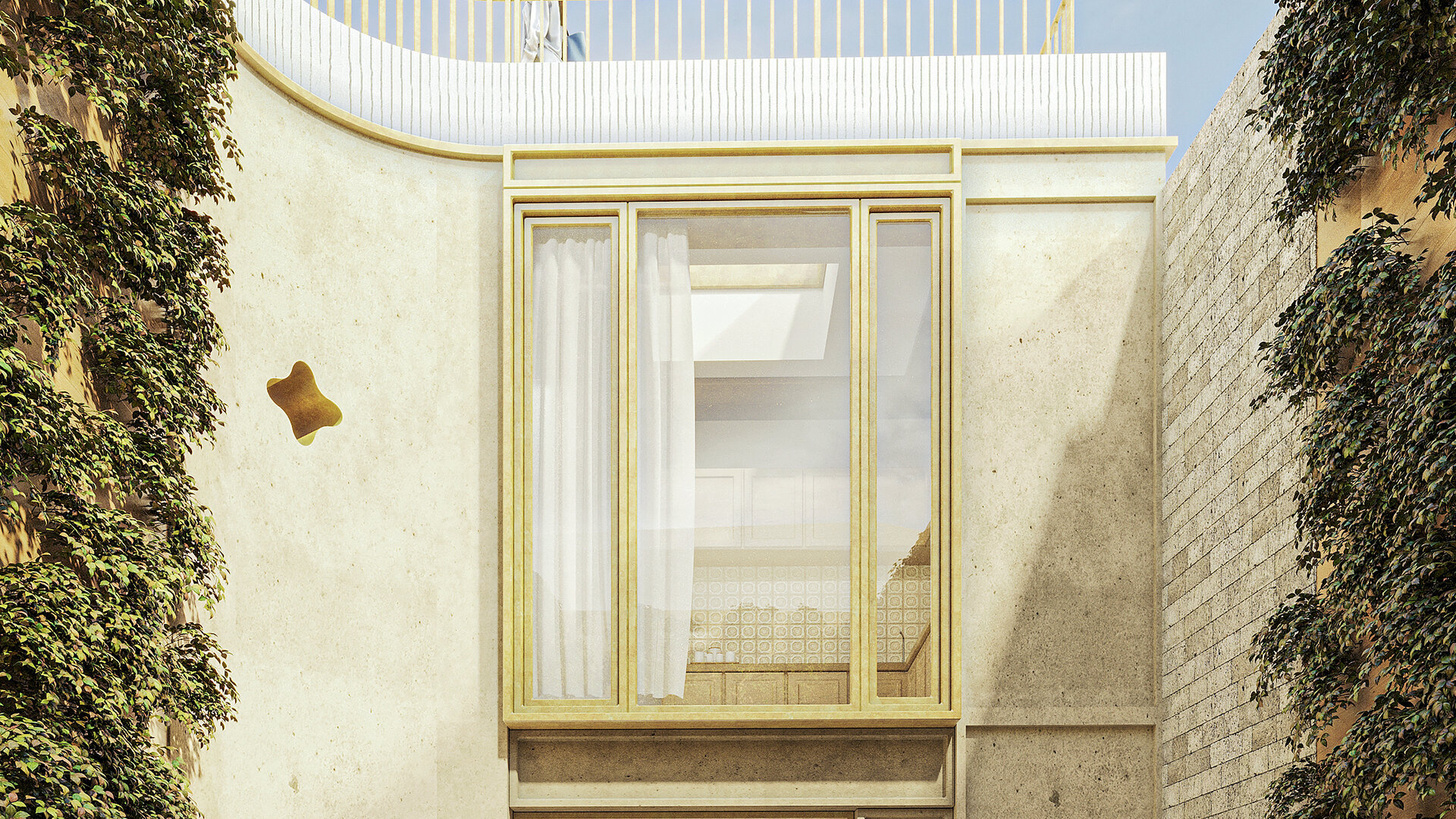 VNT house. Urban dwelling in the historic centre of Constanța 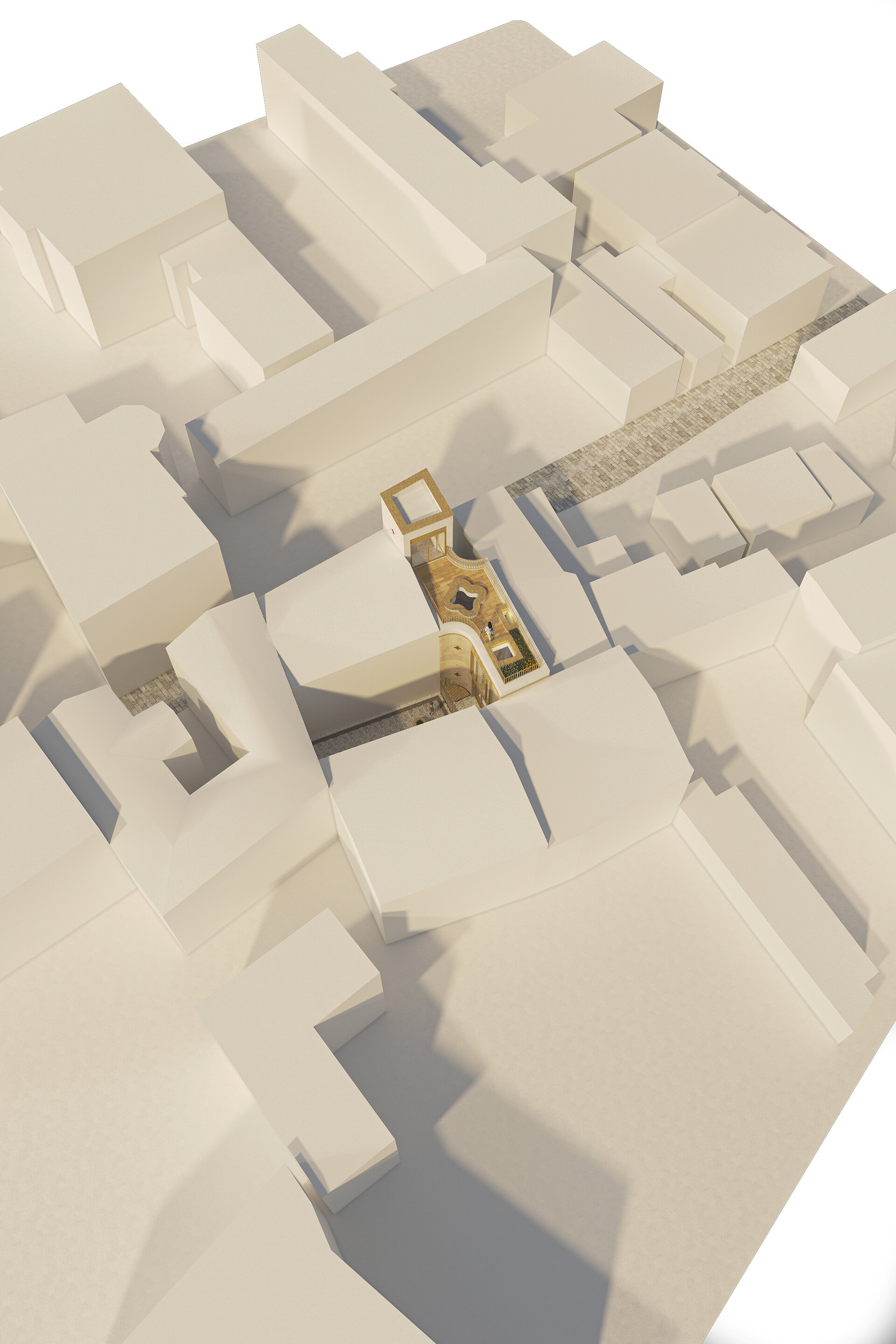 Urban dwelling in the historic centre of Constanța

The historical center of Constanta includes over two millennia of urban spaces and artifacts, agglutinated, articulated and carved into the collective memory as defining for the current image of the city.

In the core of this atom of urban matter is the "Wind Street", the oldest and narrowest anthropological passageway, located on the border between the early Armenian and Greek settlements. The urban island that this passageway crosses is among the few fragments of urban fabric in the city that have managed to remain relatively intact in structure and image, becoming, in an extrapolated acceptance, an urban enclave.

New inserts in such a context are always problematic and always questioned by the neighboring vicinity, because in most cases of newer developments in the area, cultural heritage and legal aspects of the plots can prove very difficult to reconcile by means of a coherent architectural concept.

The project presented on this page represents a non-exhaustive attempt to insert a living space that reflects aspects of contemporaneousness, in a form that merges subtly and modestly between the adjacent urban fragments. The final purpose of the above-mentioned feasibility study is to integrate the house in a non-invasive fashion into the context."

The spatial configuration separates the sleeping area on the ground floor towards the inner site, directly linked to a semiprivate garden in the core of the island, shielded from the street's agitated daytime activities, in the same way the adjacent houses are laid out . The living area is lifted above the ground in a continuous single - space, that opens up toward the sky rather than toward the street, through fluid - shaped skylights. Above the living area lies a private terrace, completely open toward the surroundings, in an attempt to regain the space occupied by the building's footprint.

Unfortunately, the project will not go on from the concept phase, remaining only “a project that could have been”, because the plot’s legal and technical characteristics, in its present state, will not allow a permit for permanent buildings to be issued. 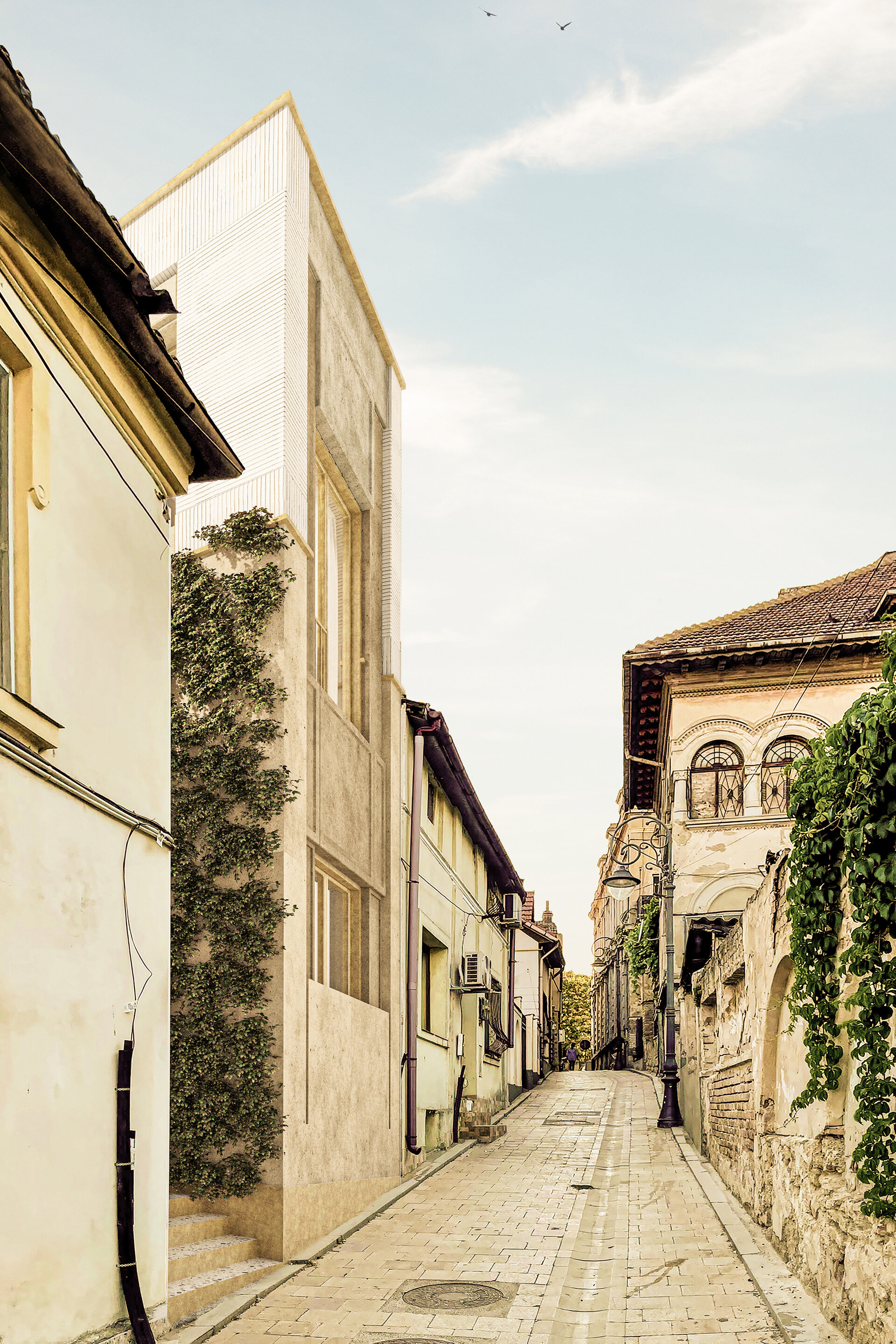 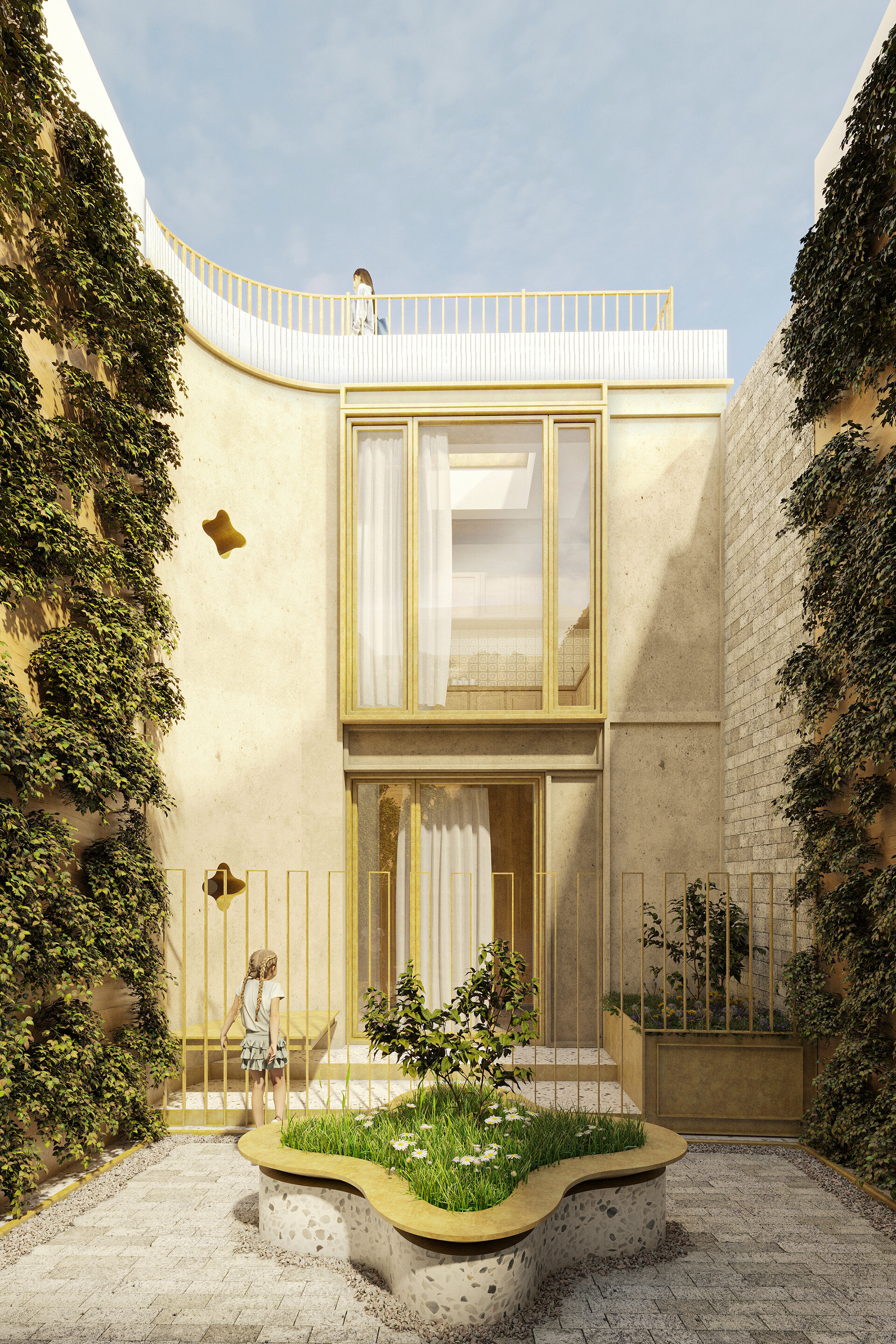 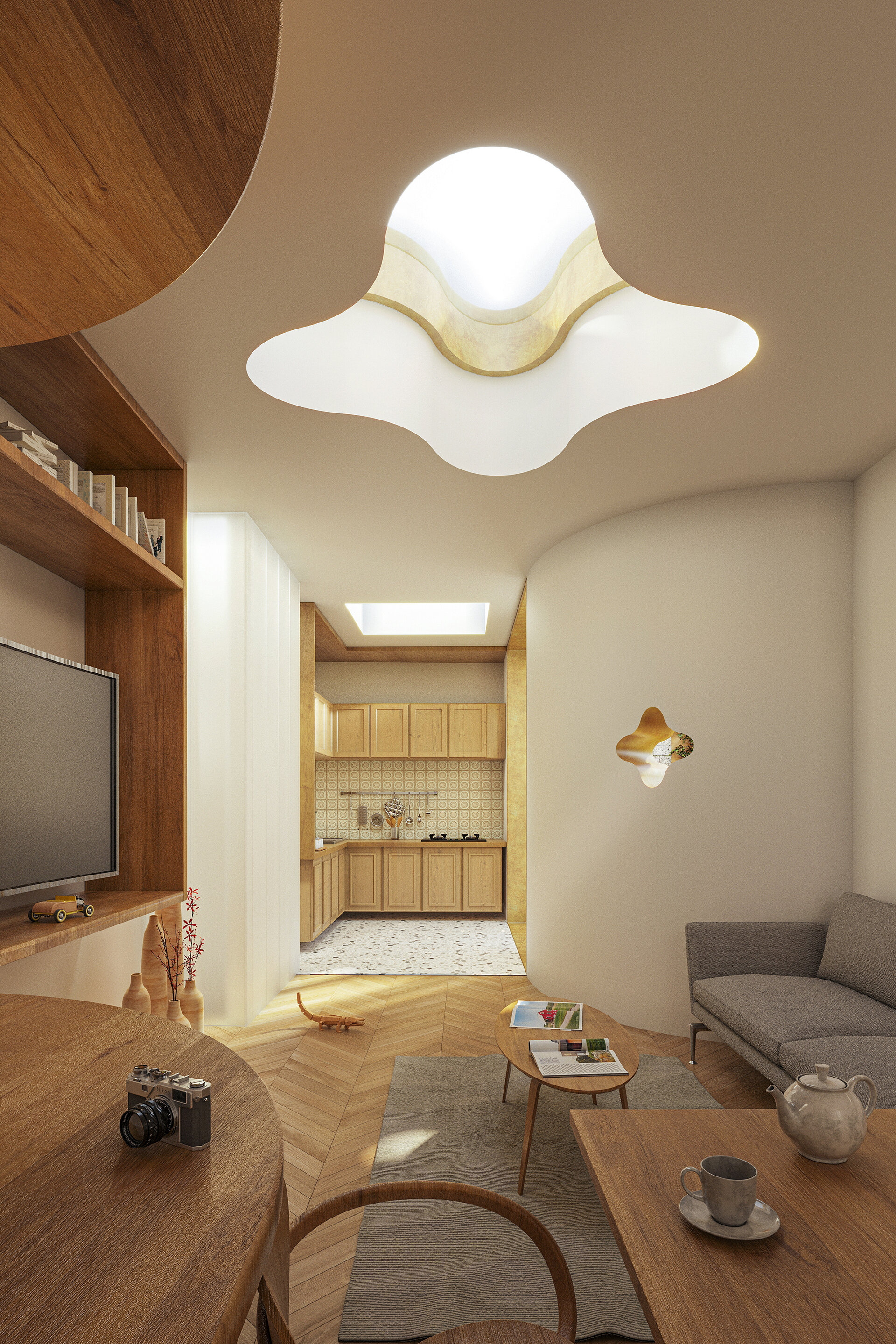 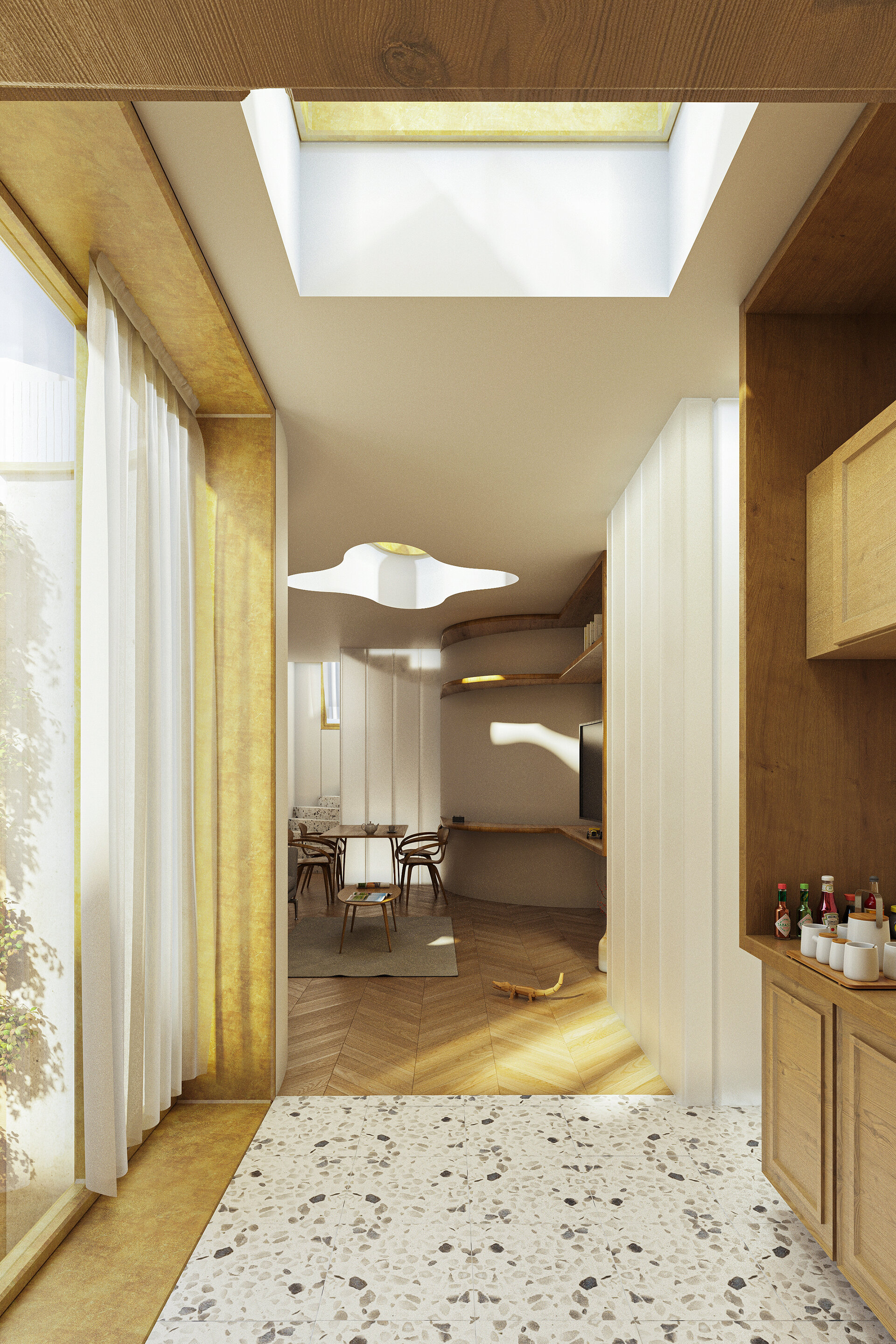 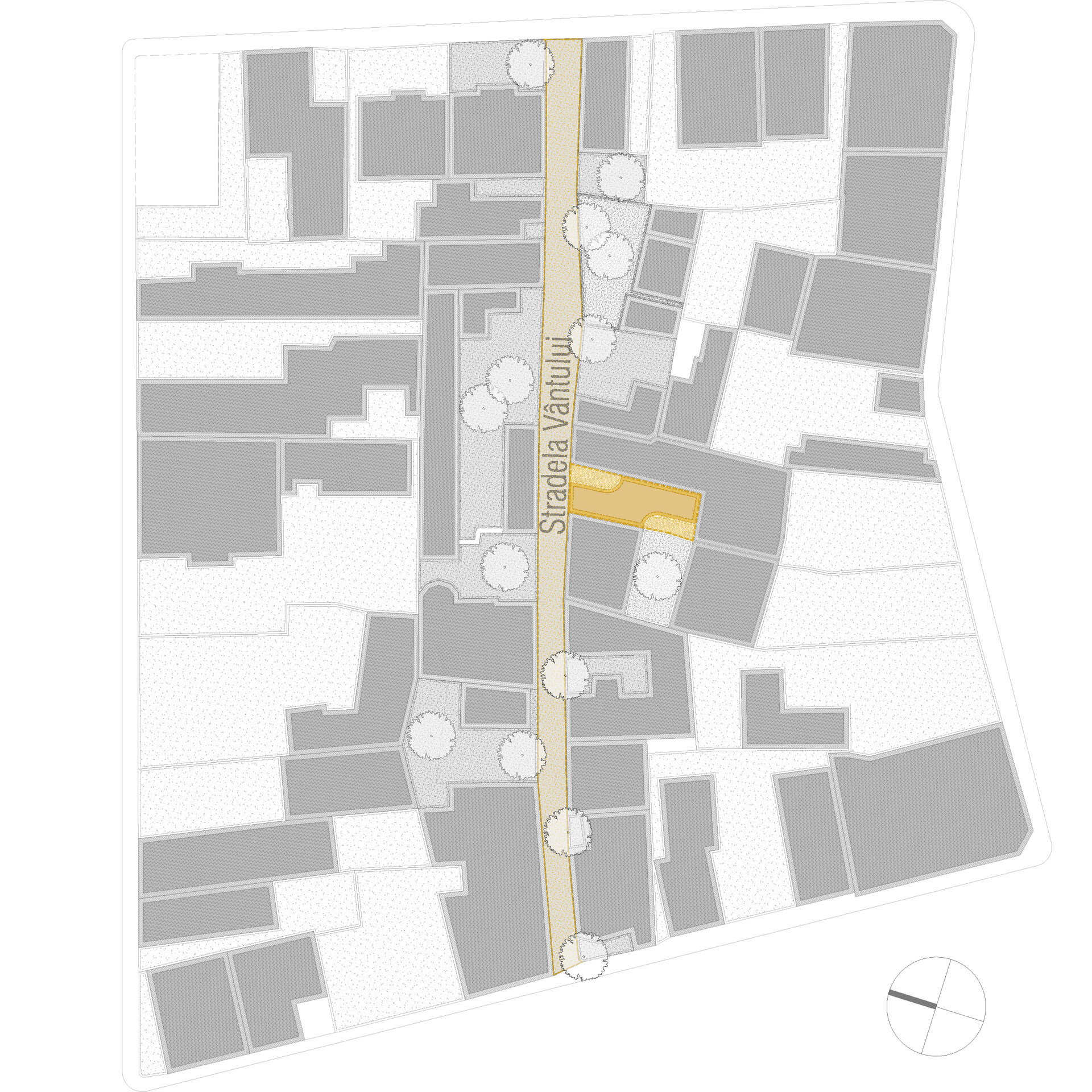 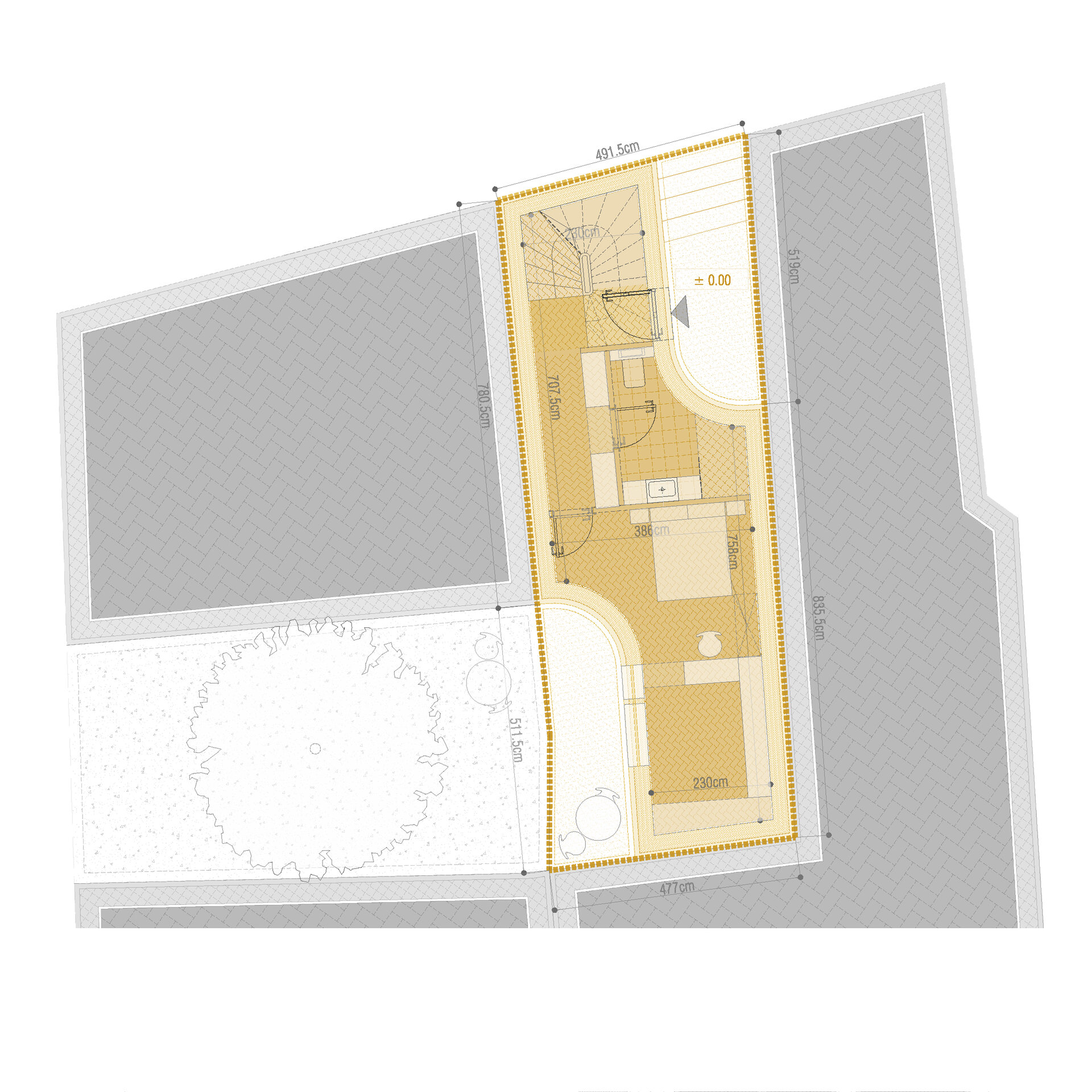 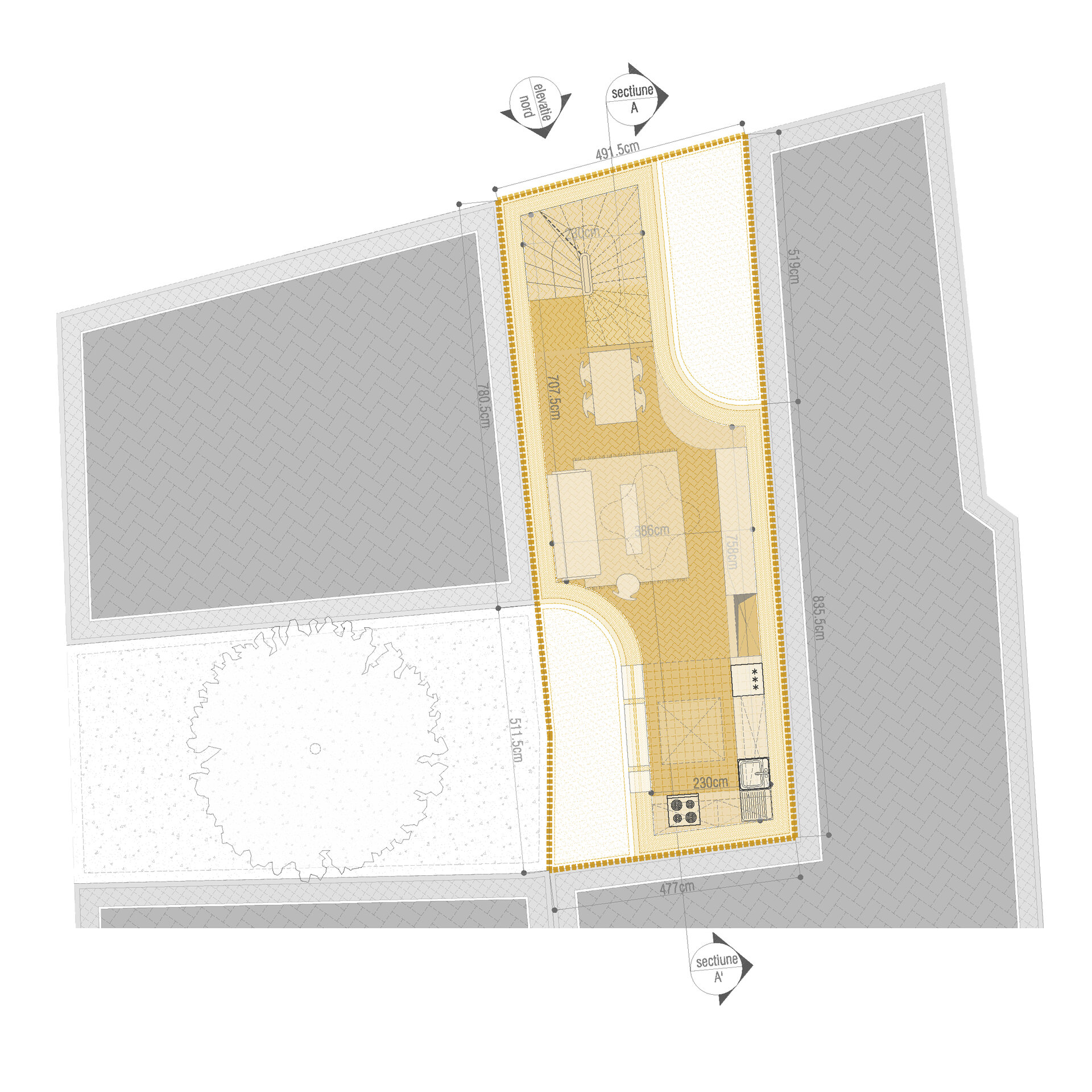 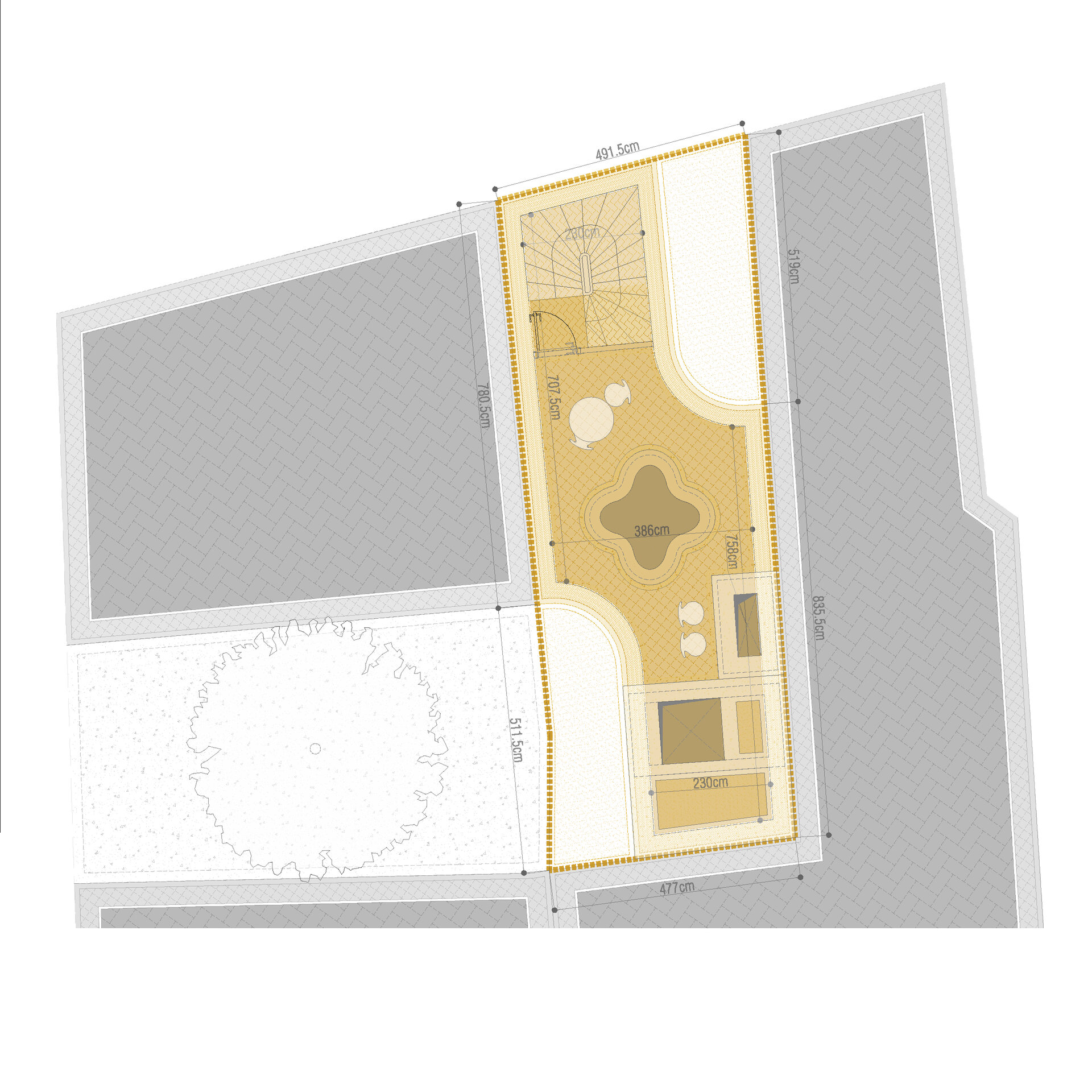 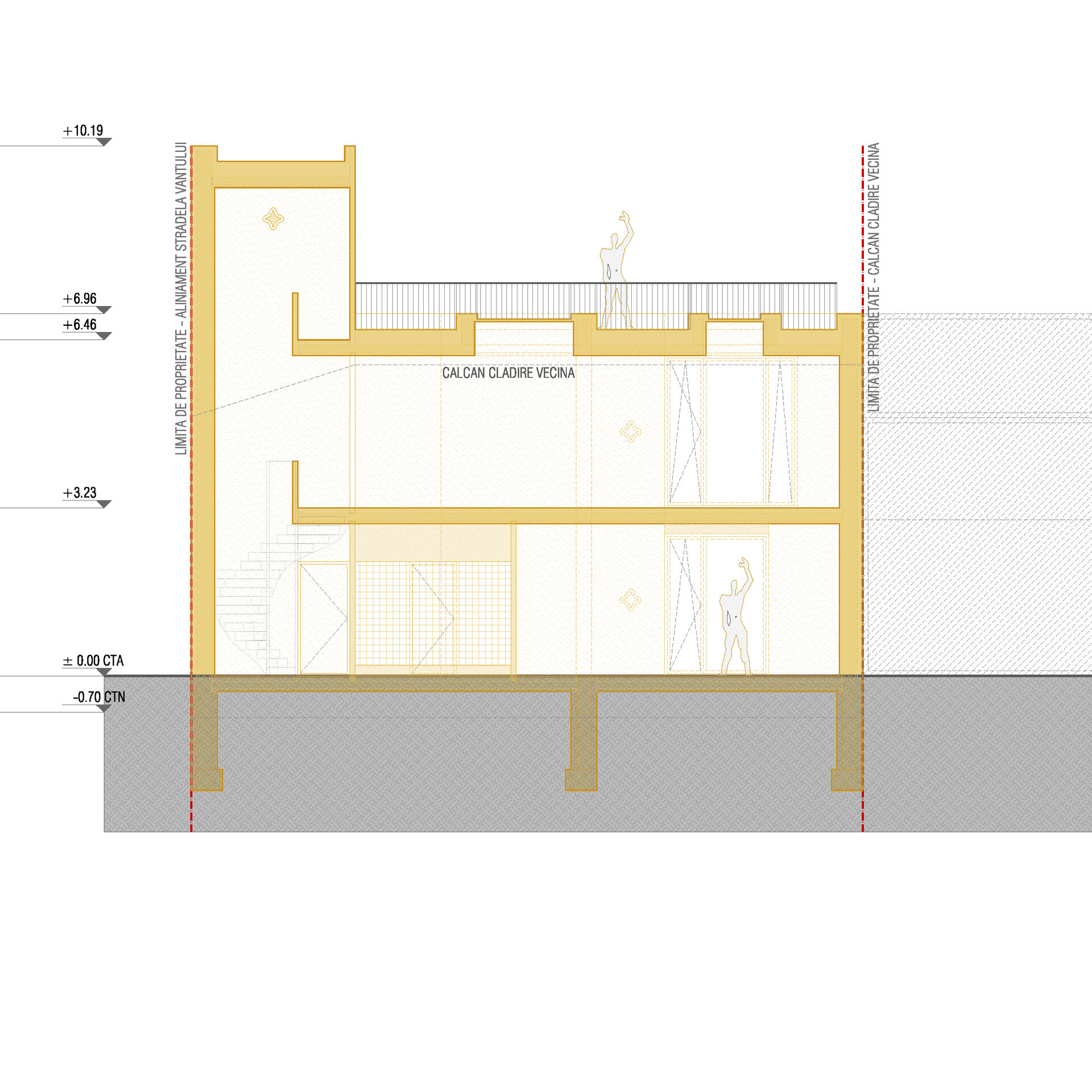 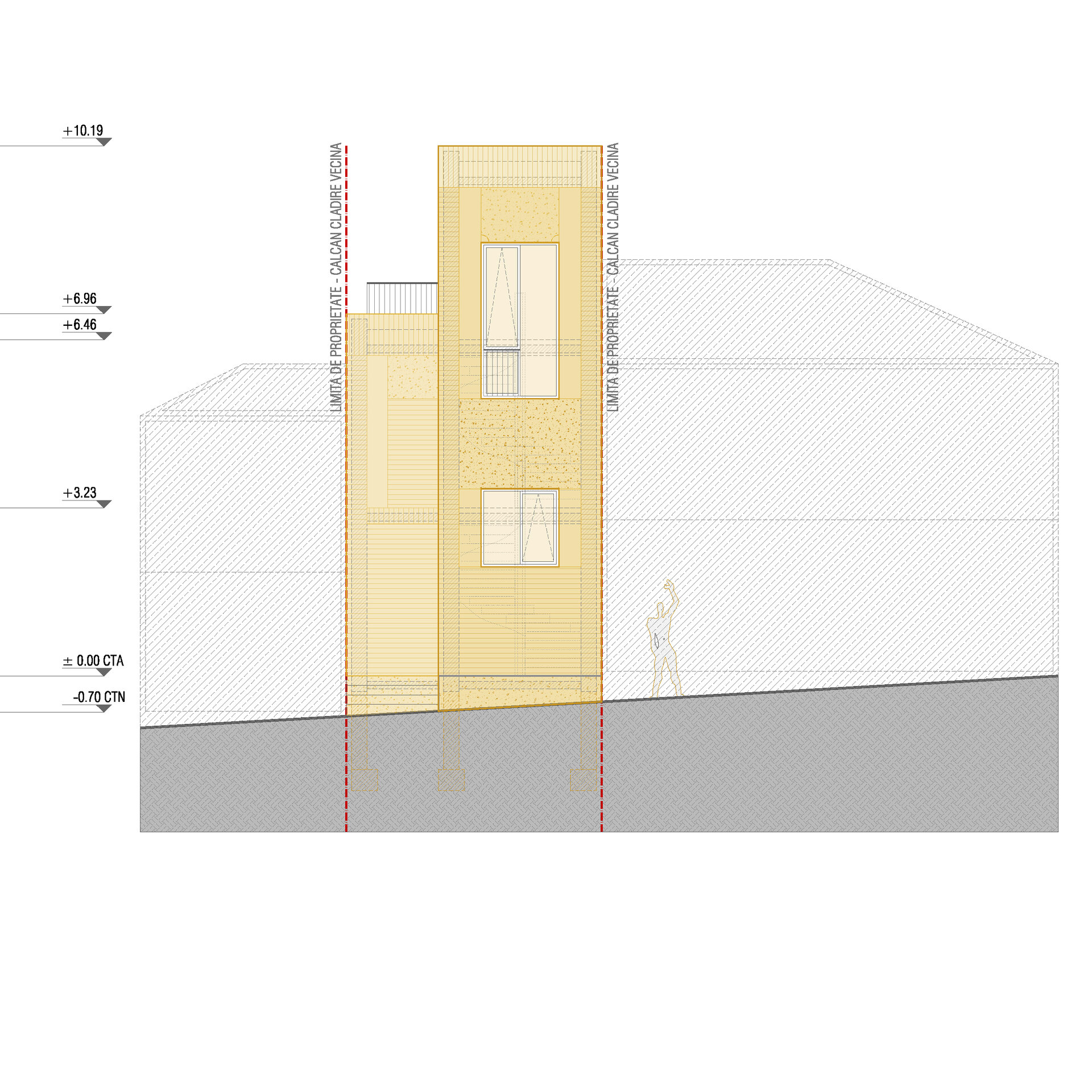 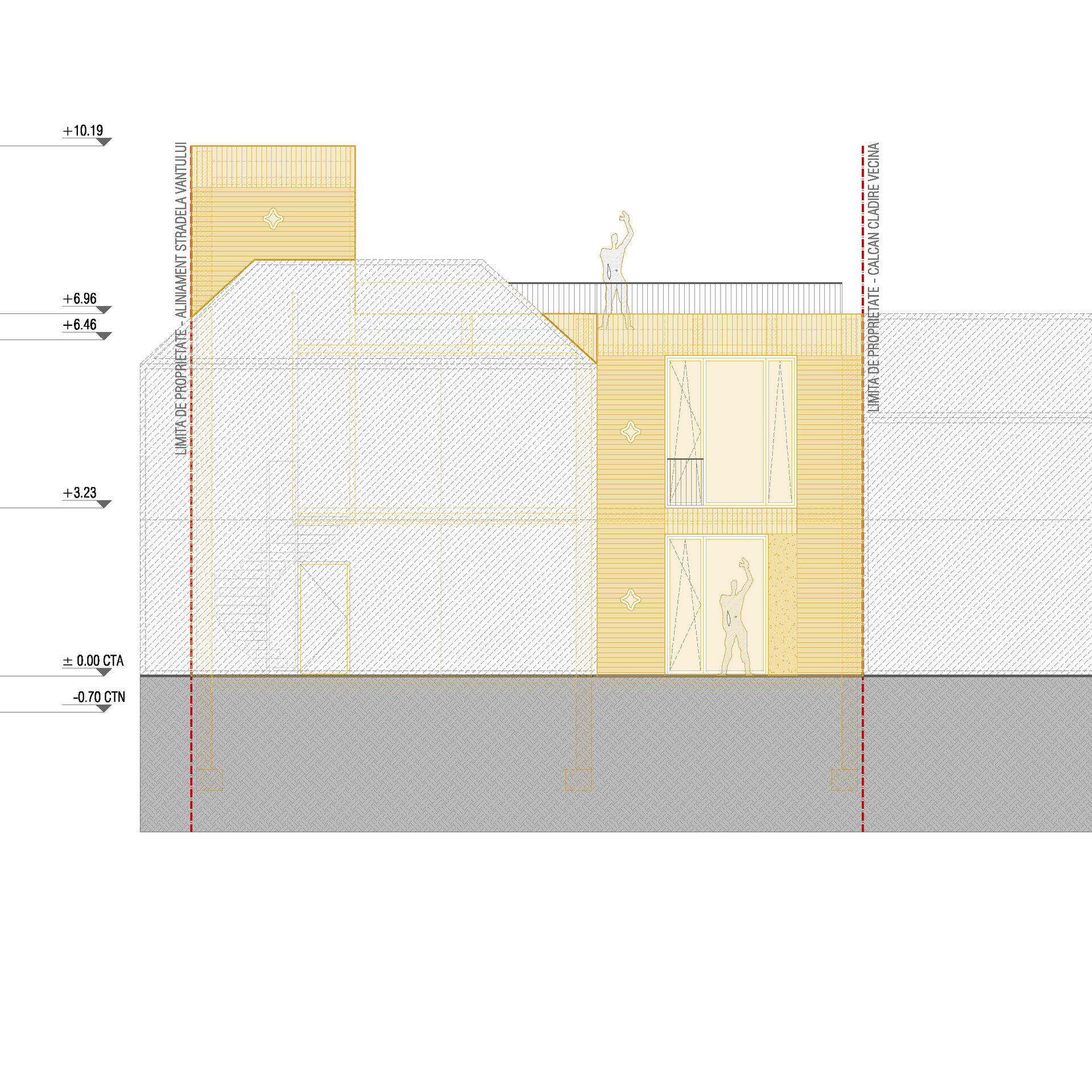