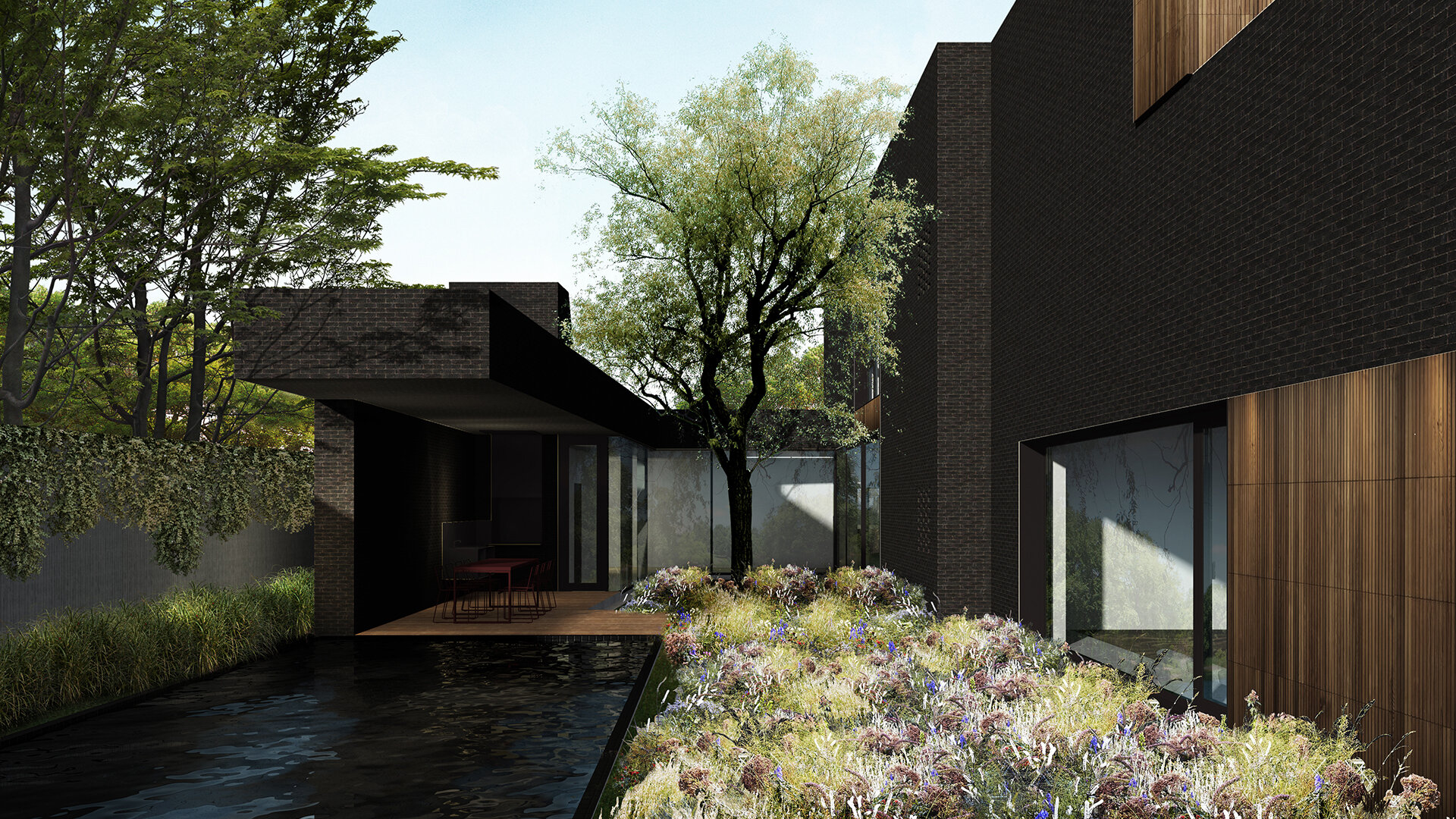 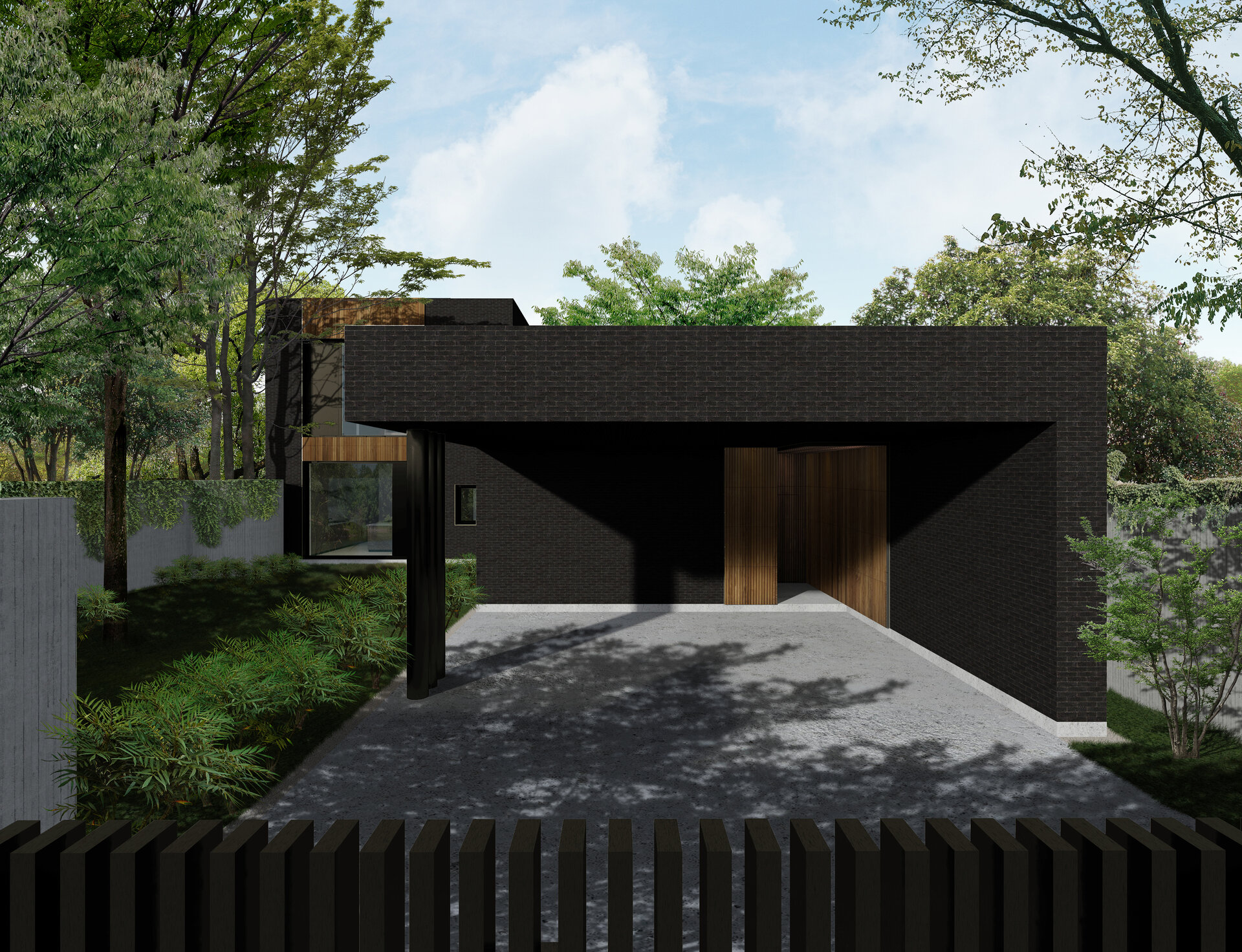 In the past, Pipera, a neighbourhood just North of Bucharest, became attractive for the people who wanted to live a quiet life far from the city noise and for real estate developers. In time, the neighbourhood became a place full of contrasts: many of the city’s new expensive real estate projects are here, but at the same time there is a lack of infrastructure, public space, urban equipment and a general sense of order. In this destructured landscape there are only a handful of land plots that retain some of the natural qualities that Pipera used to have. Villa C sits on one of these plots, and although is not a very generous plot it is surrounded by trees and in the vicinity of a body of water.
The brief presented to major requirements: the house should be sheltered and closed to possible future chaotic real estate developments and at the same time it should remain open to the rich natural landscape still present on the lot
Our response for these problems was an elongated Y shaped building that manages to squeeze between the existing trees and at the same time leaves room for an inner courtyard orientated towards the East, a place that is least probable for future real estate development. To further enhance the privacy of the house, the building is set back, and just a few openings are facing the street, covered and protected by the existing vegetation.
The layout of the house works as sequence of spaces that goes from public to private: the entrance is a covered but open space, after that there is a narrow hallway with no direct view of the outside, at the end of the hallway there is a portico, that opens to the garden, this space connects to the courtyard oriented dinning room and finally a small narrow and low passage way leads to a tall and generous living room that also opens to the courtyard. The various transitions between all the rooms in this sequence is done without doors but using the space geometry instead and allowing for a continuous flow of space. Along this flowing backbone there are some closed spaces that shape and define it containing the services: kitchen, toilets, stair and a private study room. 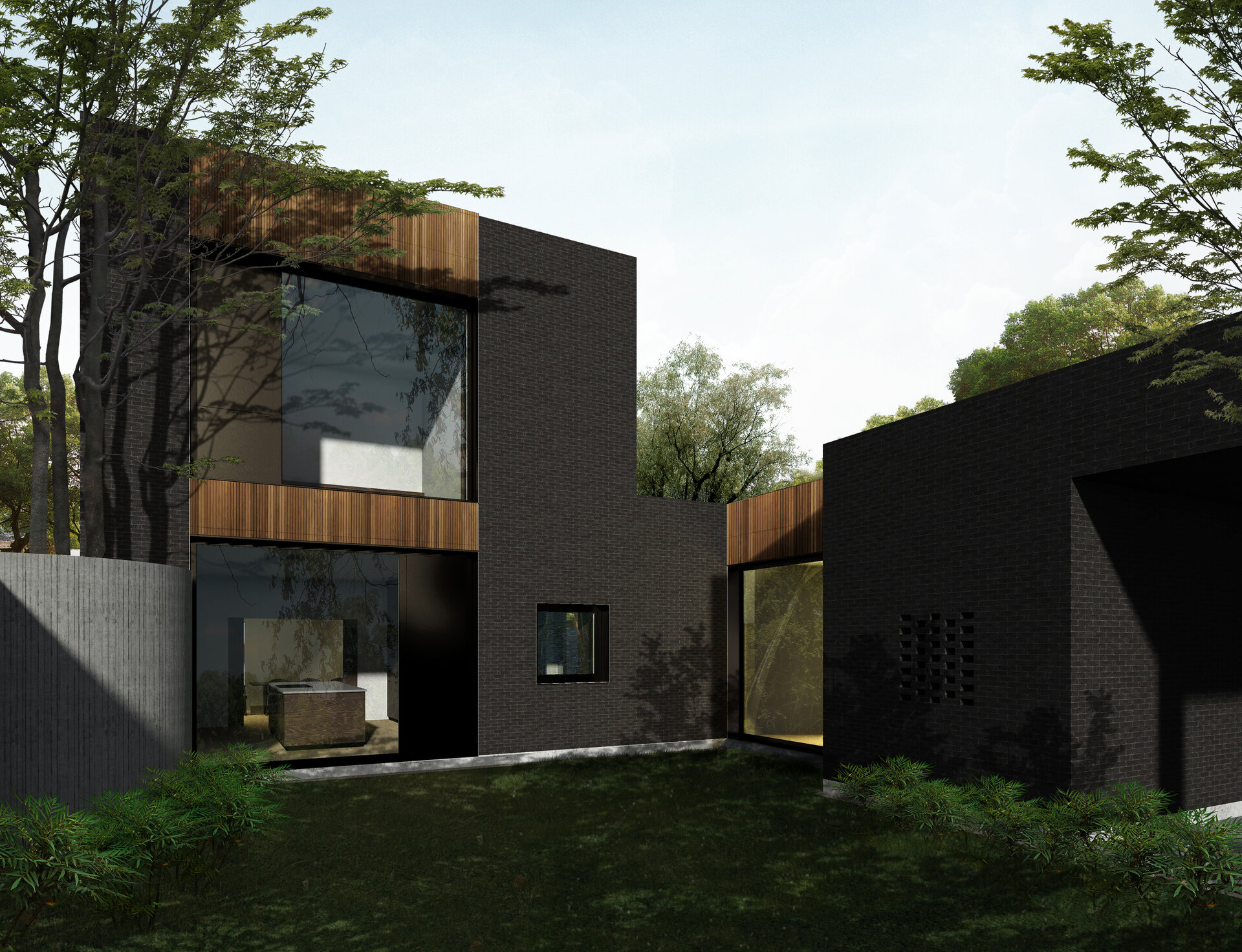 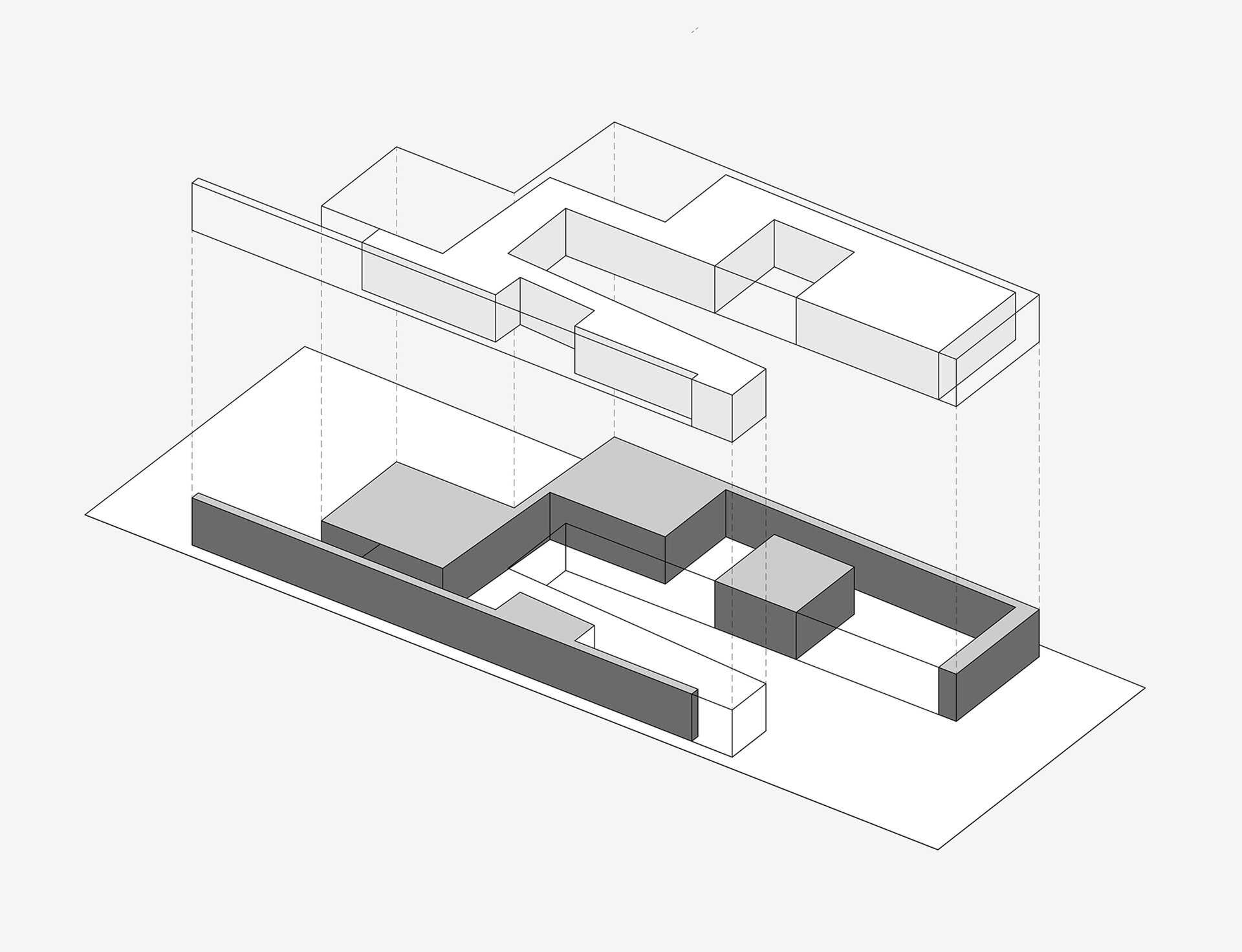 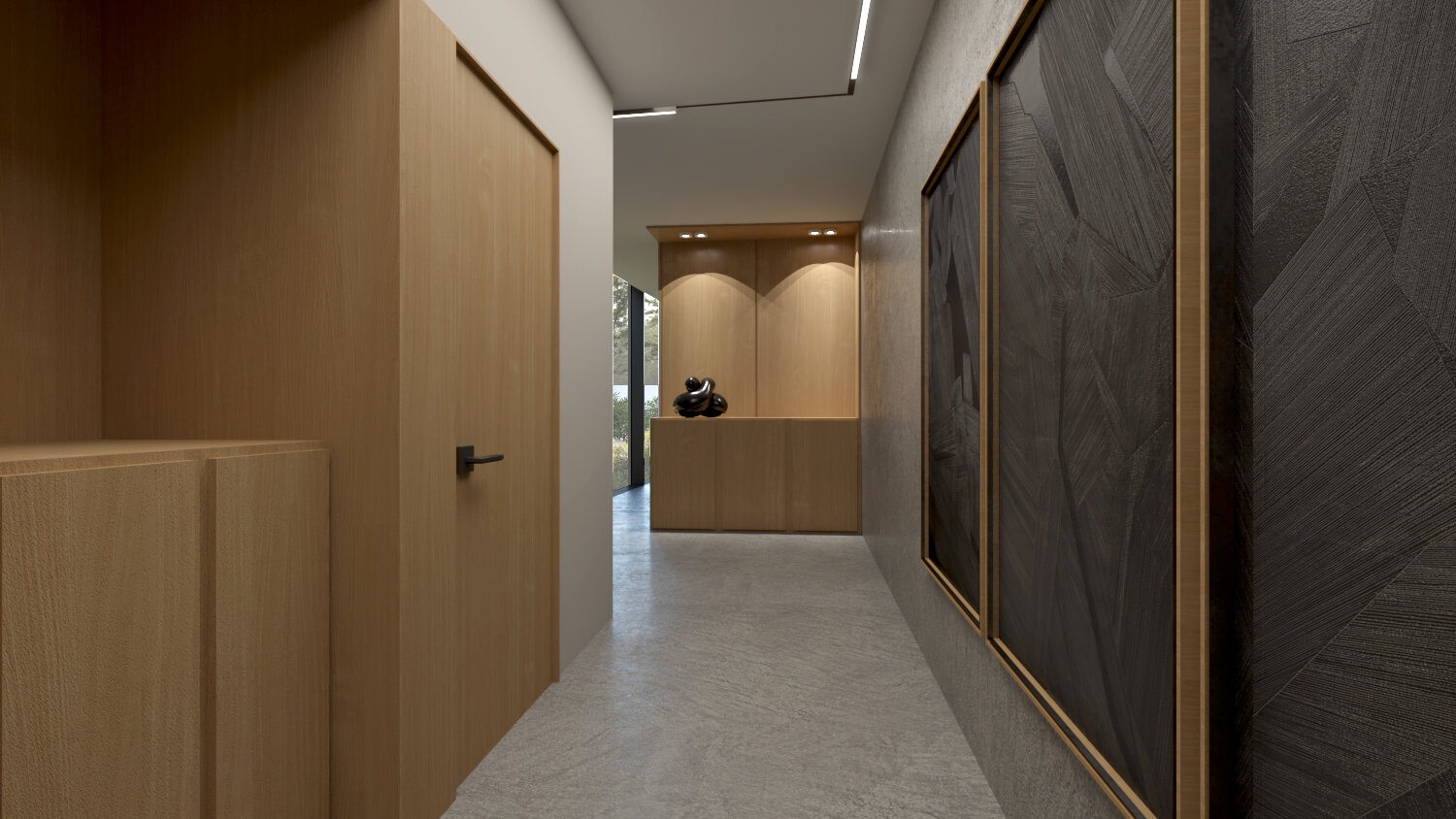 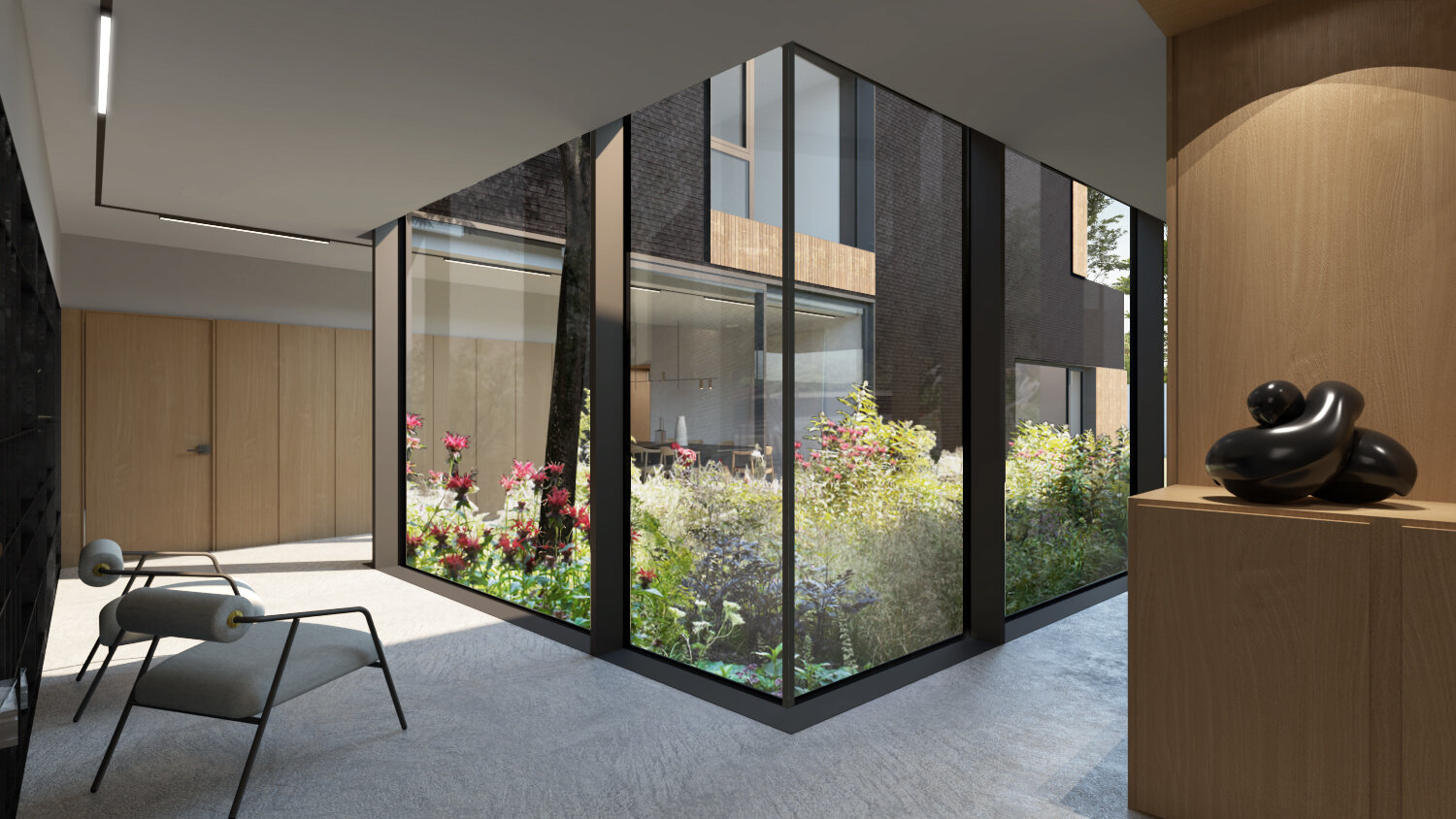 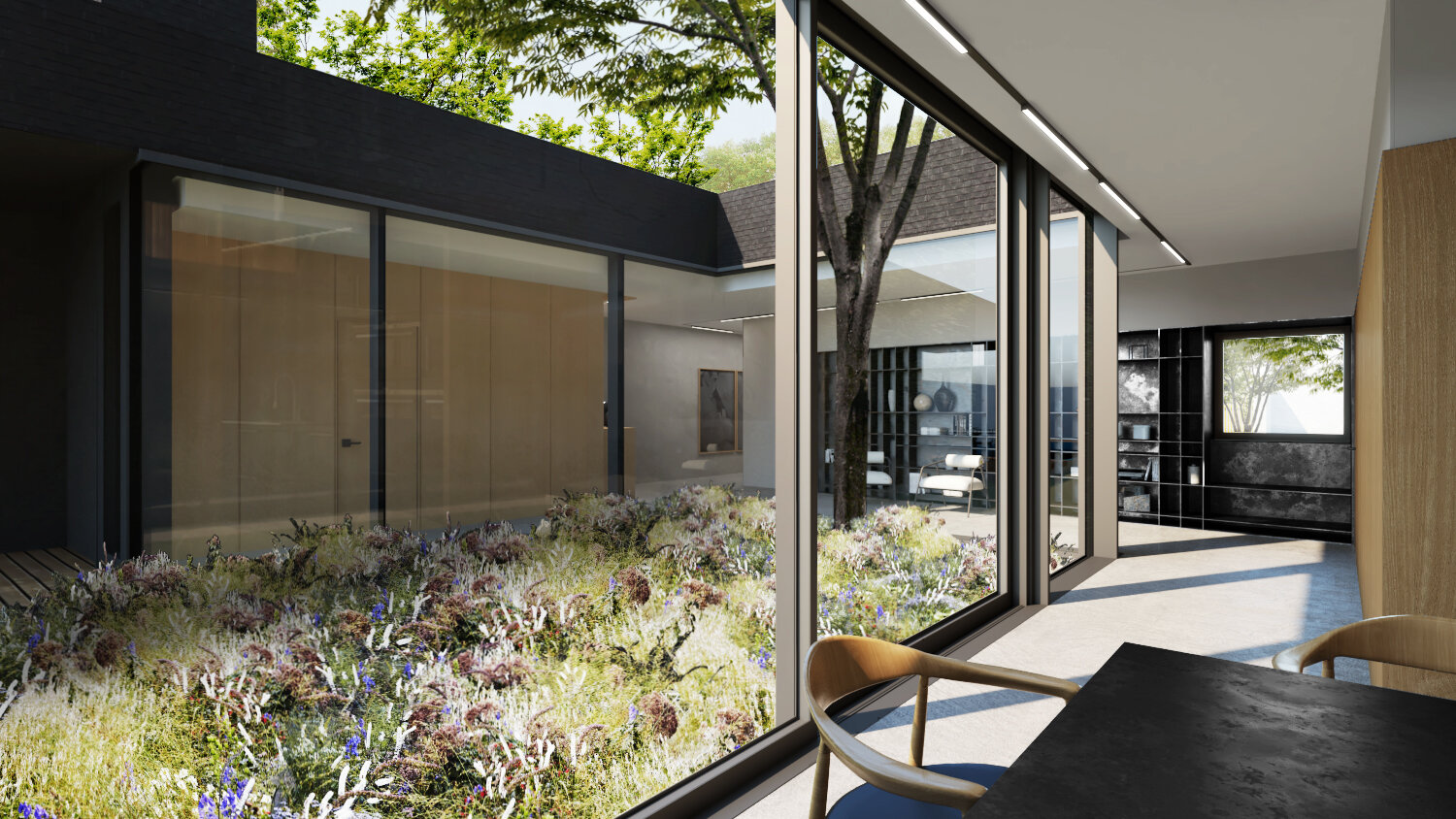 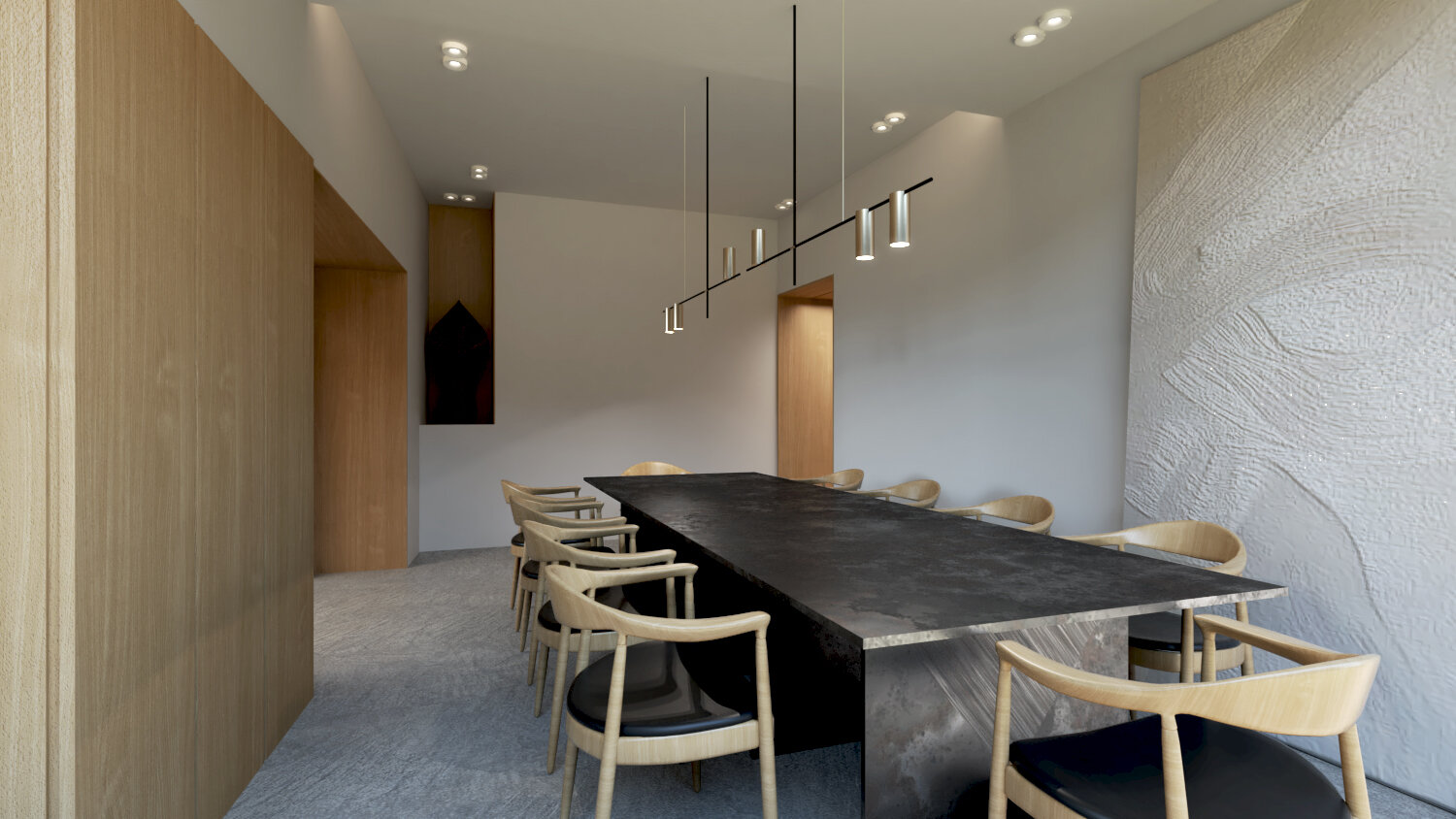 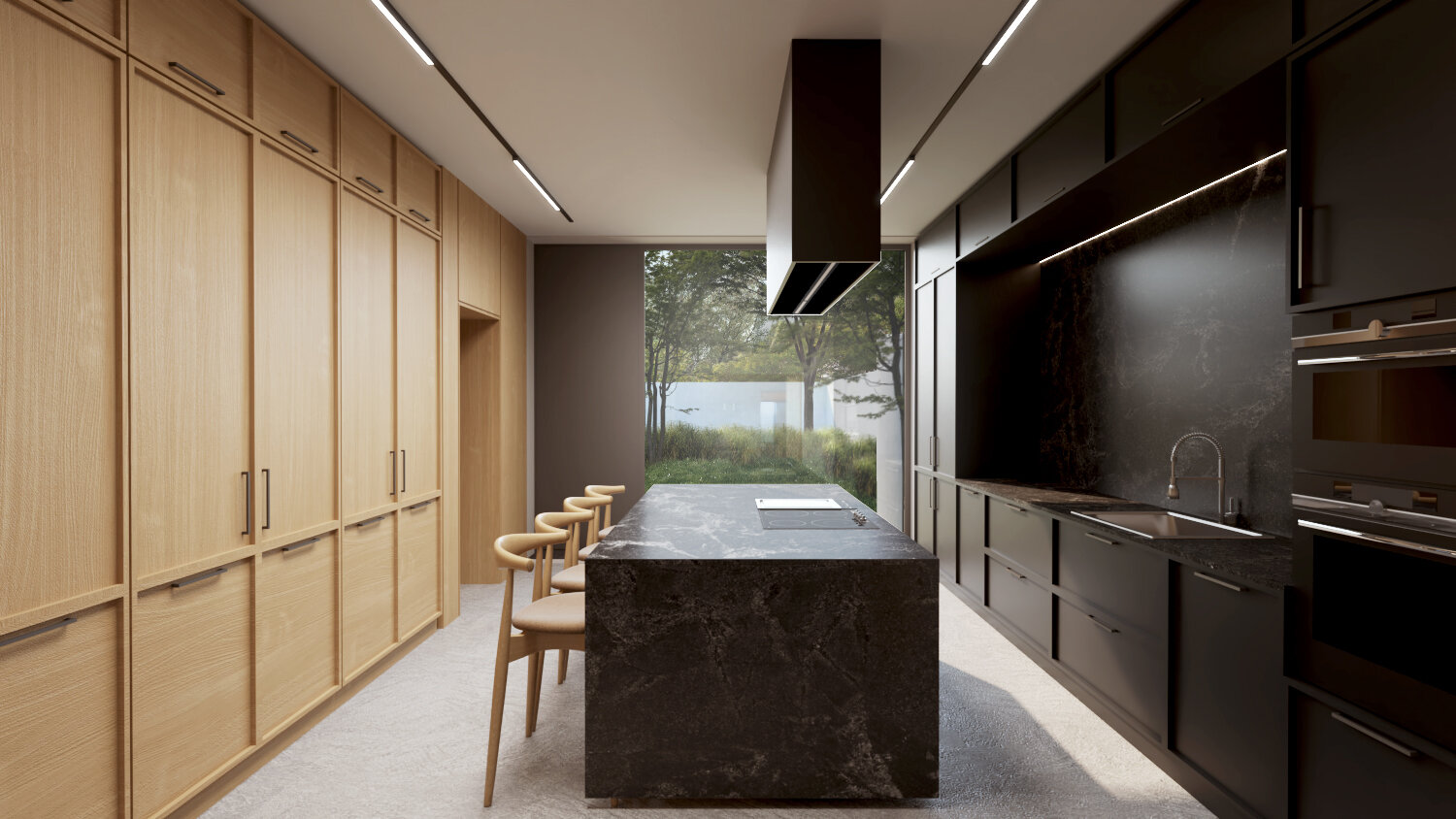 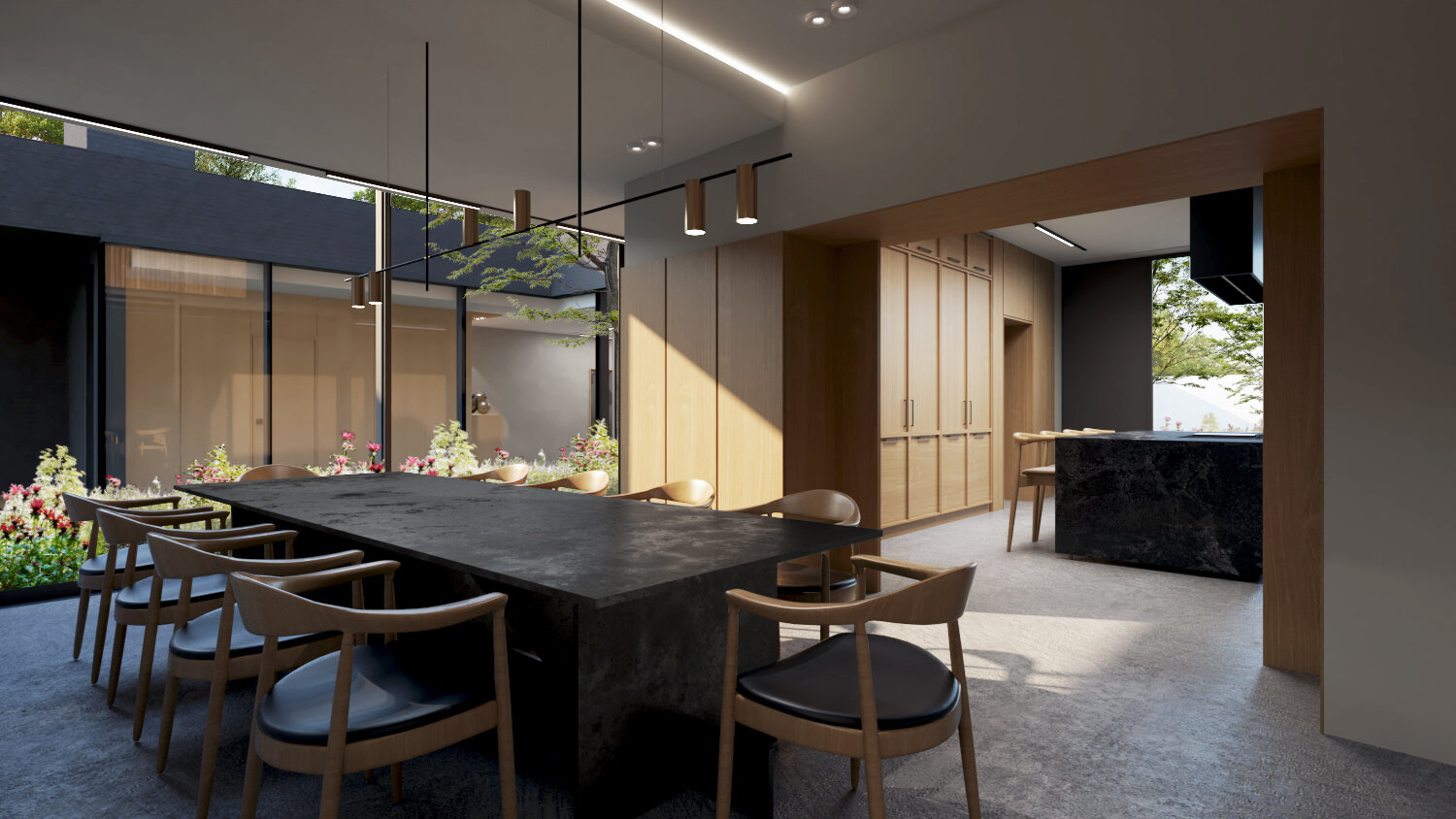 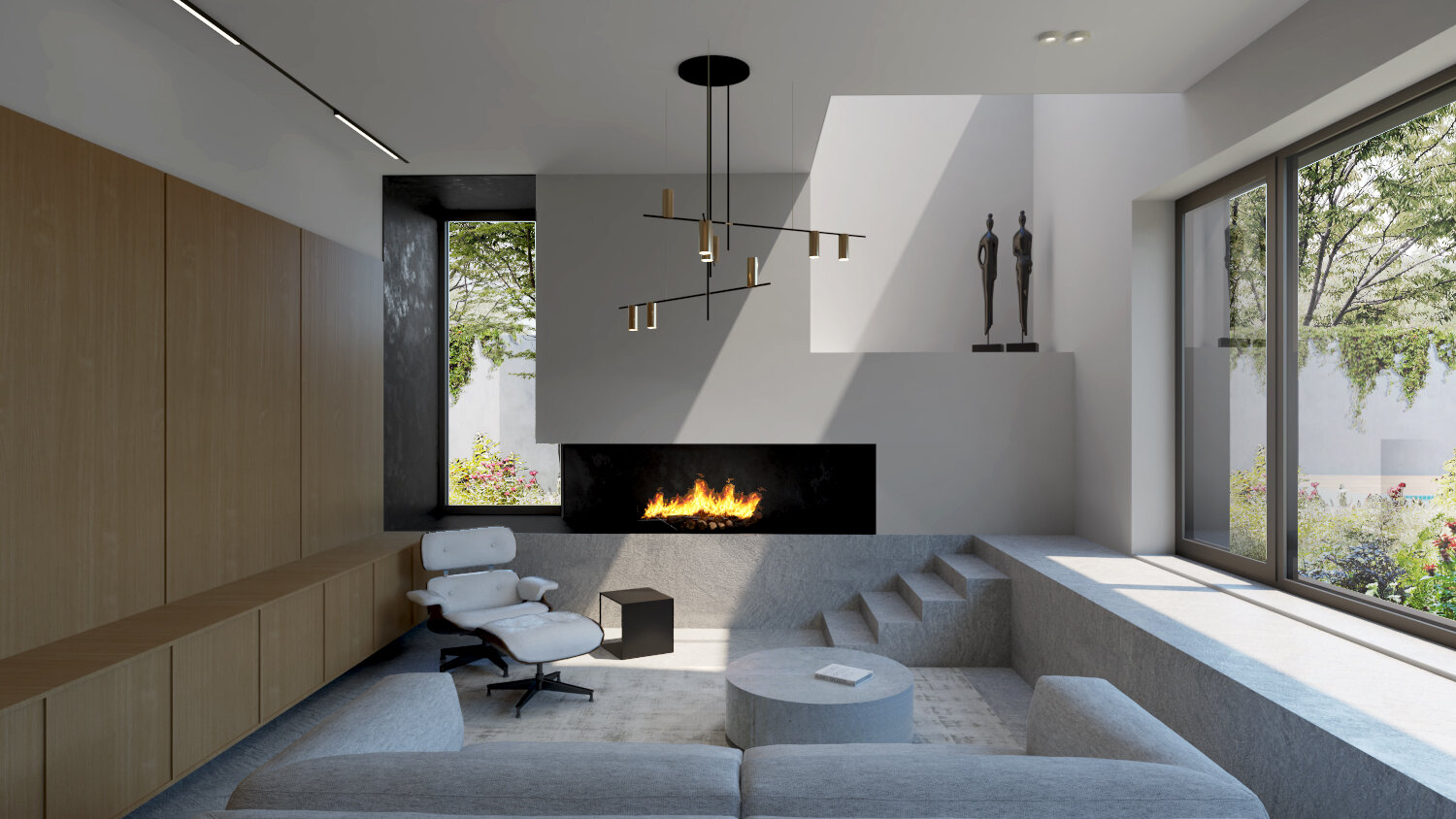 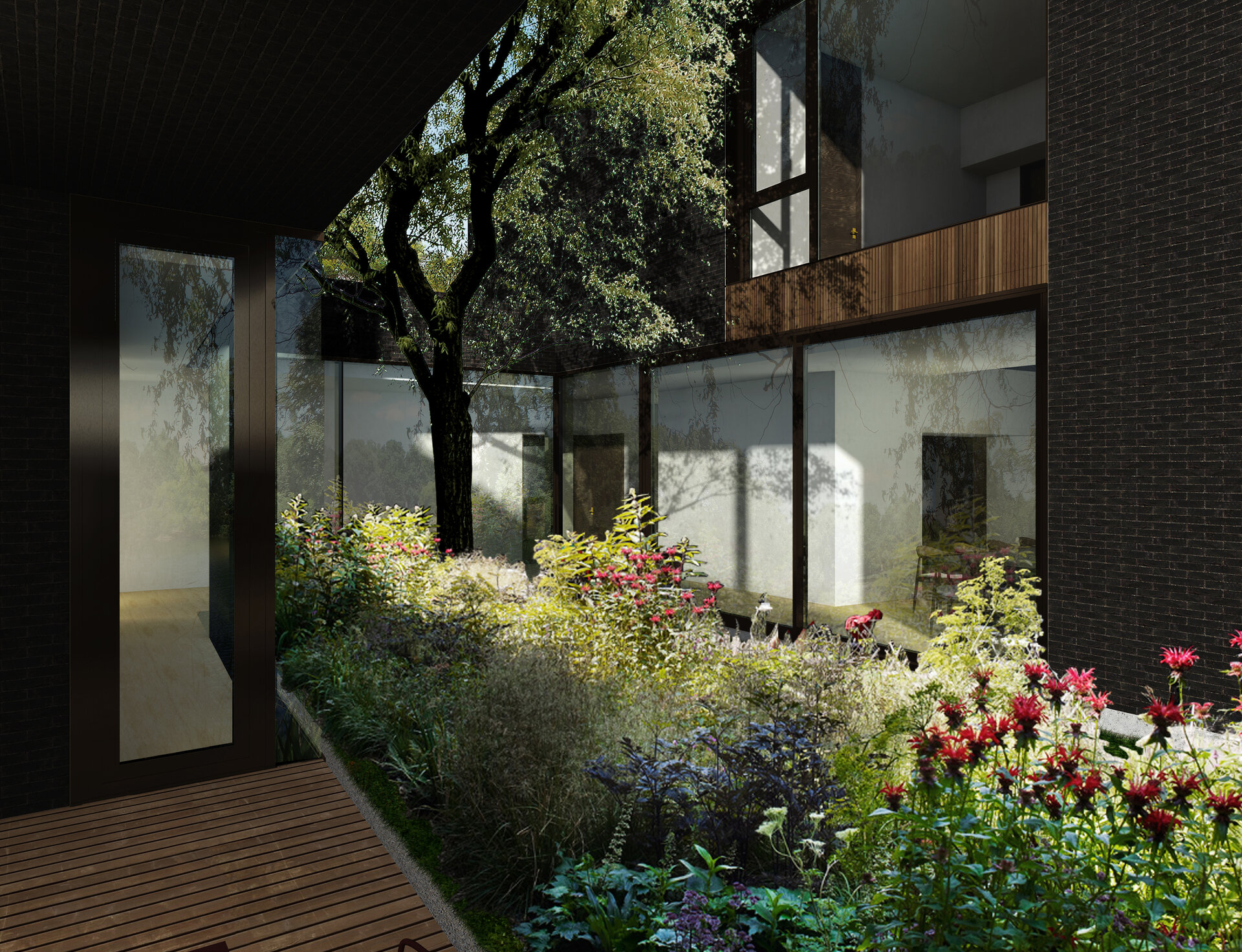 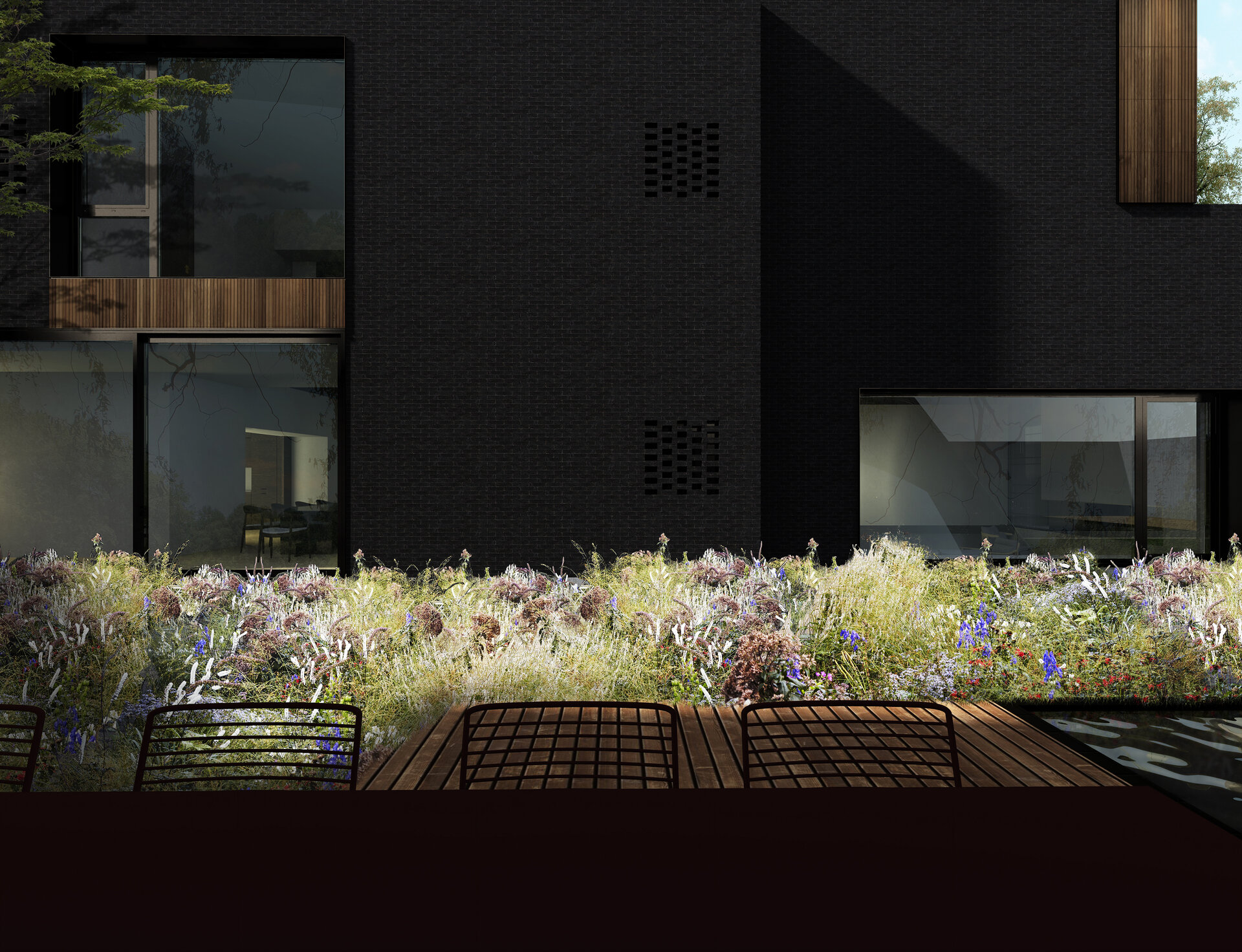 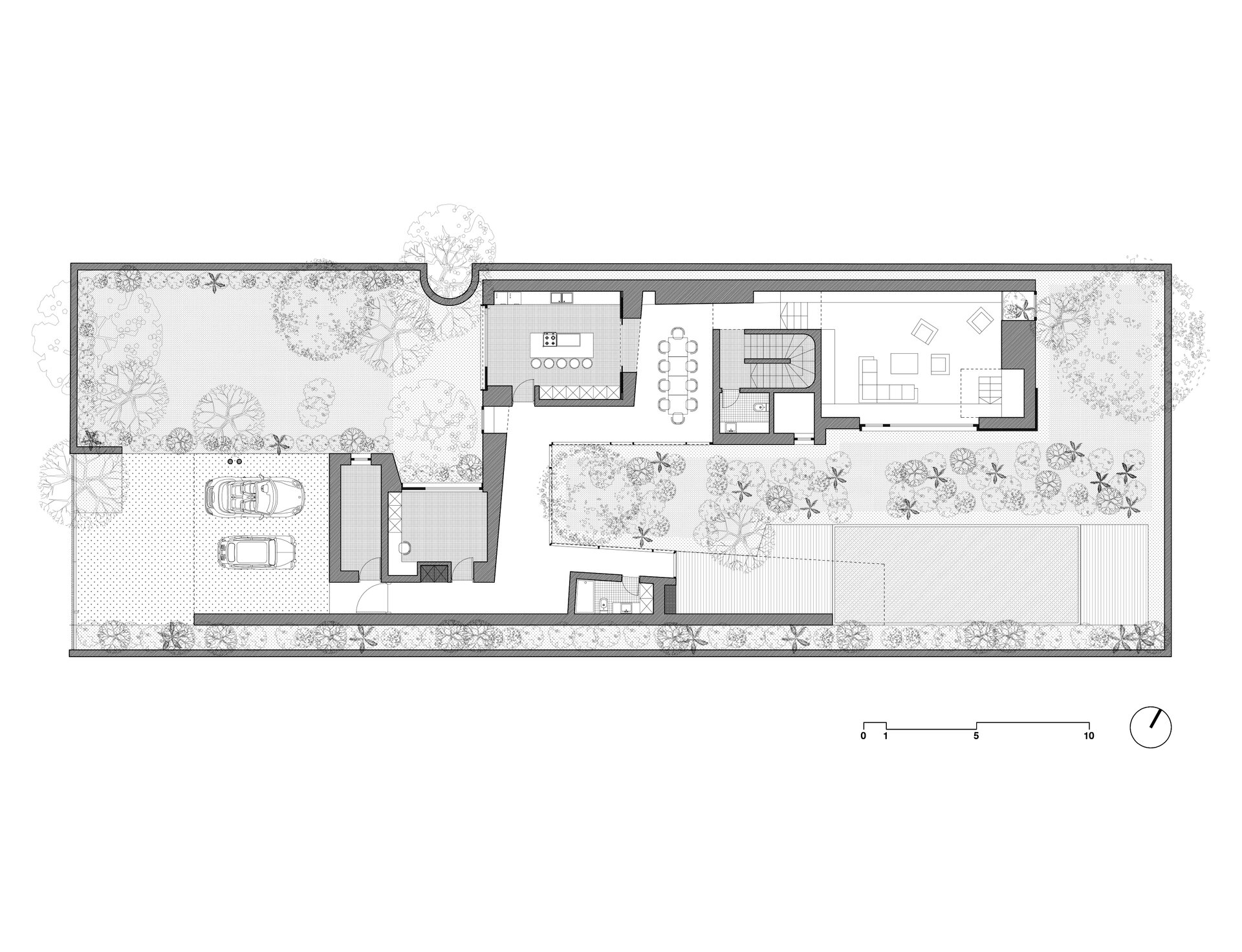 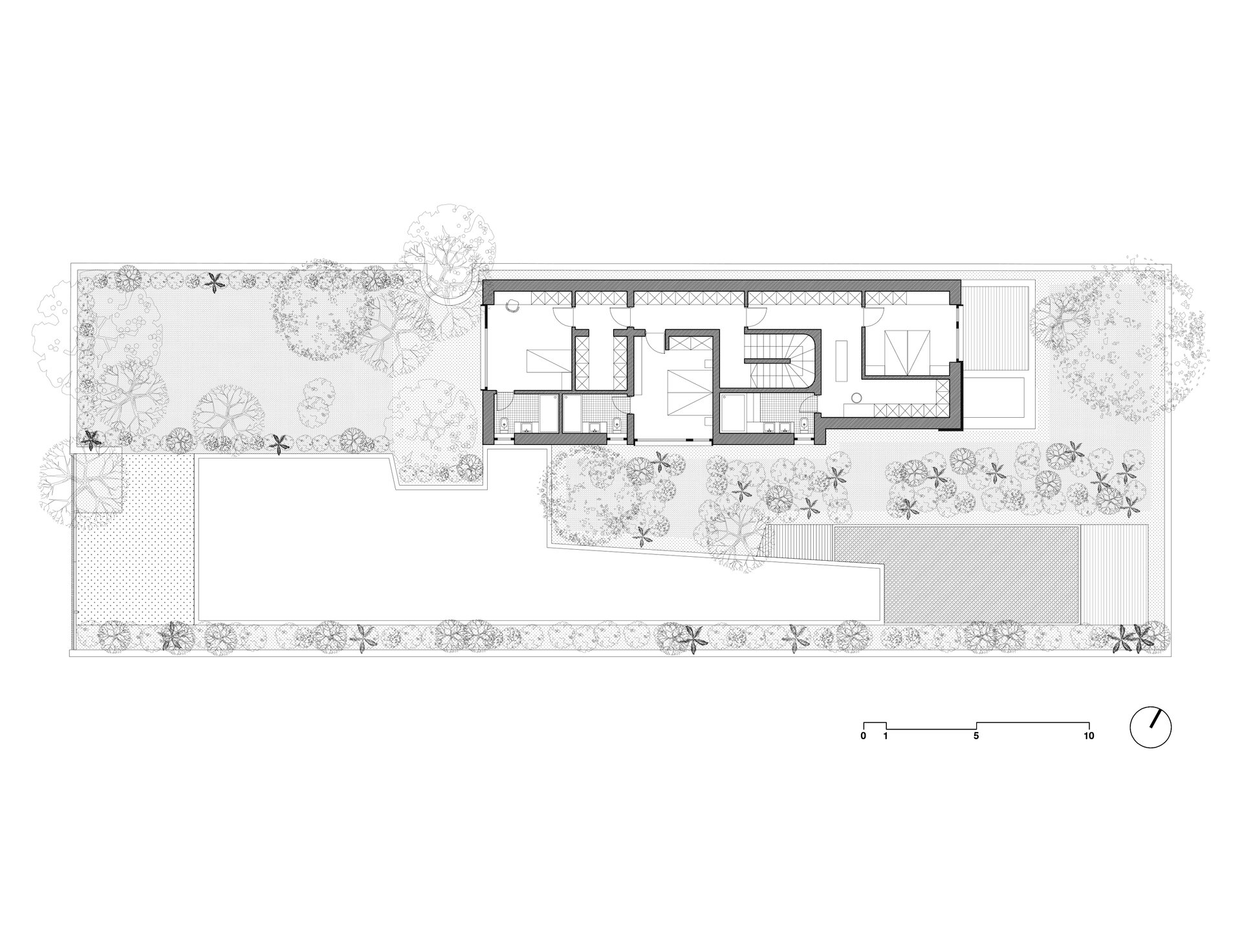 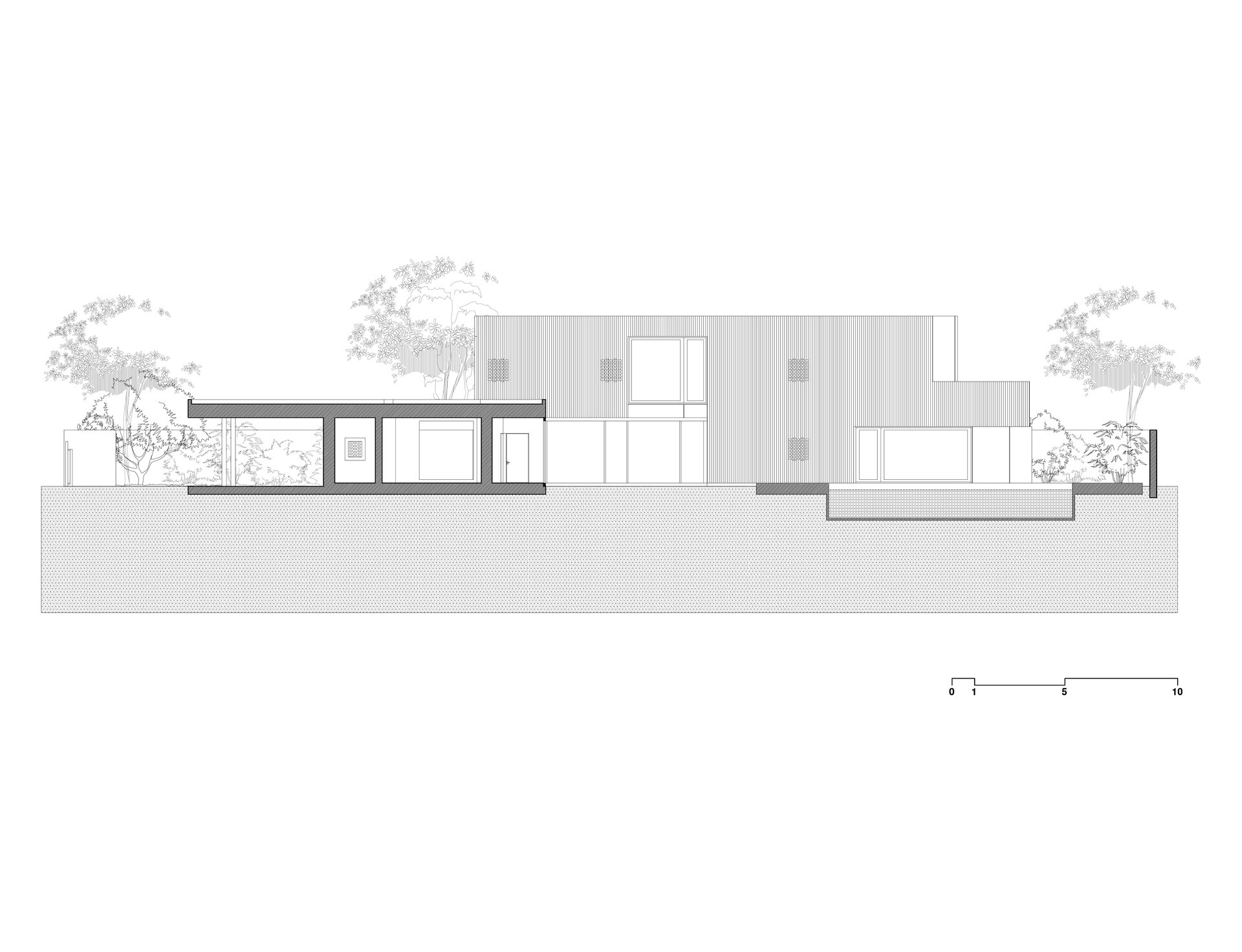