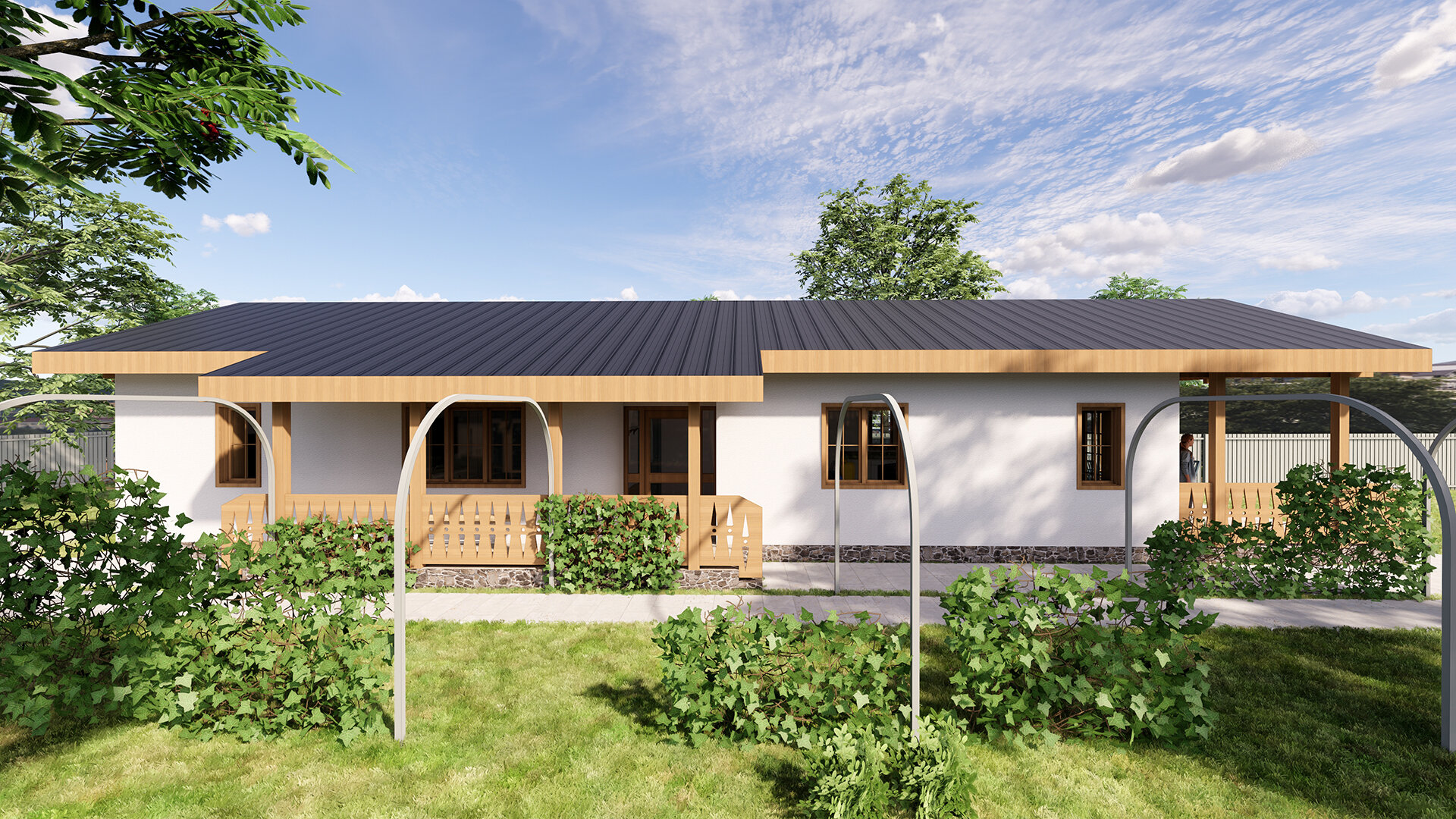 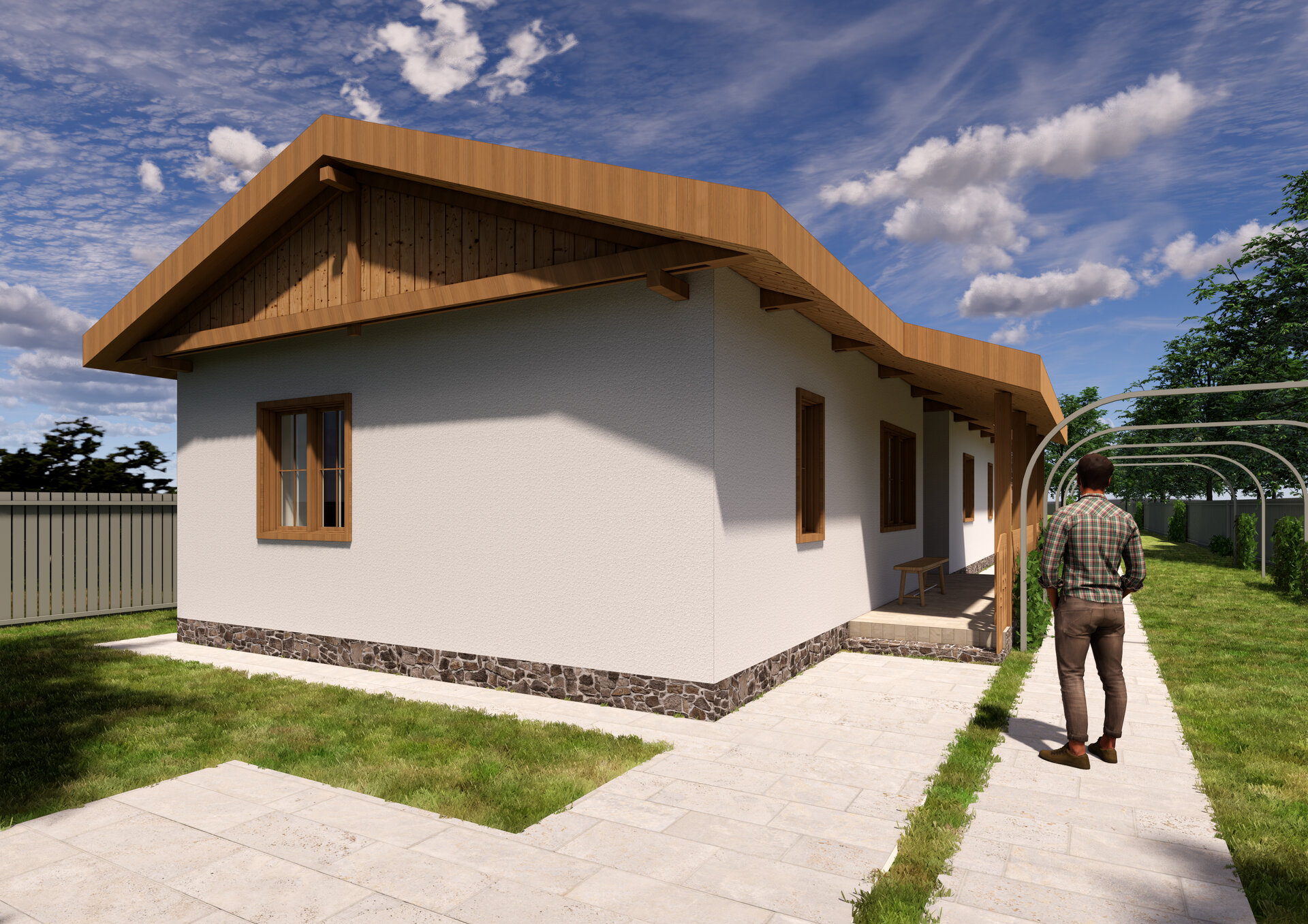 House C is a holiday home located in a village in the southern part of Prahova County and was designed following a simple principle: the residents want to enjoy the peace and green space offered by the countryside.
Being an occasionally used space, the emphasis fell on the bare necessary and a the smallest footprint as possible to have a low impact, but also to fit in the build context of the area. The portico, located on the south side, fills the rural design of the house and the courtyard-facing terrace brings a modern functional addition.
The house being developed on the E-V orientation, has all its direct natural light coming from the southern side, but with the help of the porch, it also has shade during the summer.
For optimization reasons, the access was placed centrally in order to have a better distribution of the interior spaces, this being marked by the niche created in the façade.
Being only a ground floor house with a gable roof, it allowed the living space to be open so that the soffit and the supporting beams of the roof to remain visible.
The exterior of the building is simple and natural material are being used: stone-cladding base, brick exterior floor, the structural elements of the portico and terrace, as well as the railing with a decorative motif, but also the framed windows, are made out of wood. On the eastern and western side, a wooden closure is proposed on the roof area, which divides the volume into two parts.
Also, the intervention on the yard is minimal, preserving the existing trees and beautifying the green space. There is only one car park an an alley leading to the terrace and back garden, both of which are paved with natural stone. On the south side of the land, alongside the house, a light metal structure is proposed on which the vines can climb, thus creating an outdoor space covered and shaded naturally.
Although it was designed for a plot of land in the rural area of southern Prahova County, this holiday home can be implemented in other areas of the countryside. 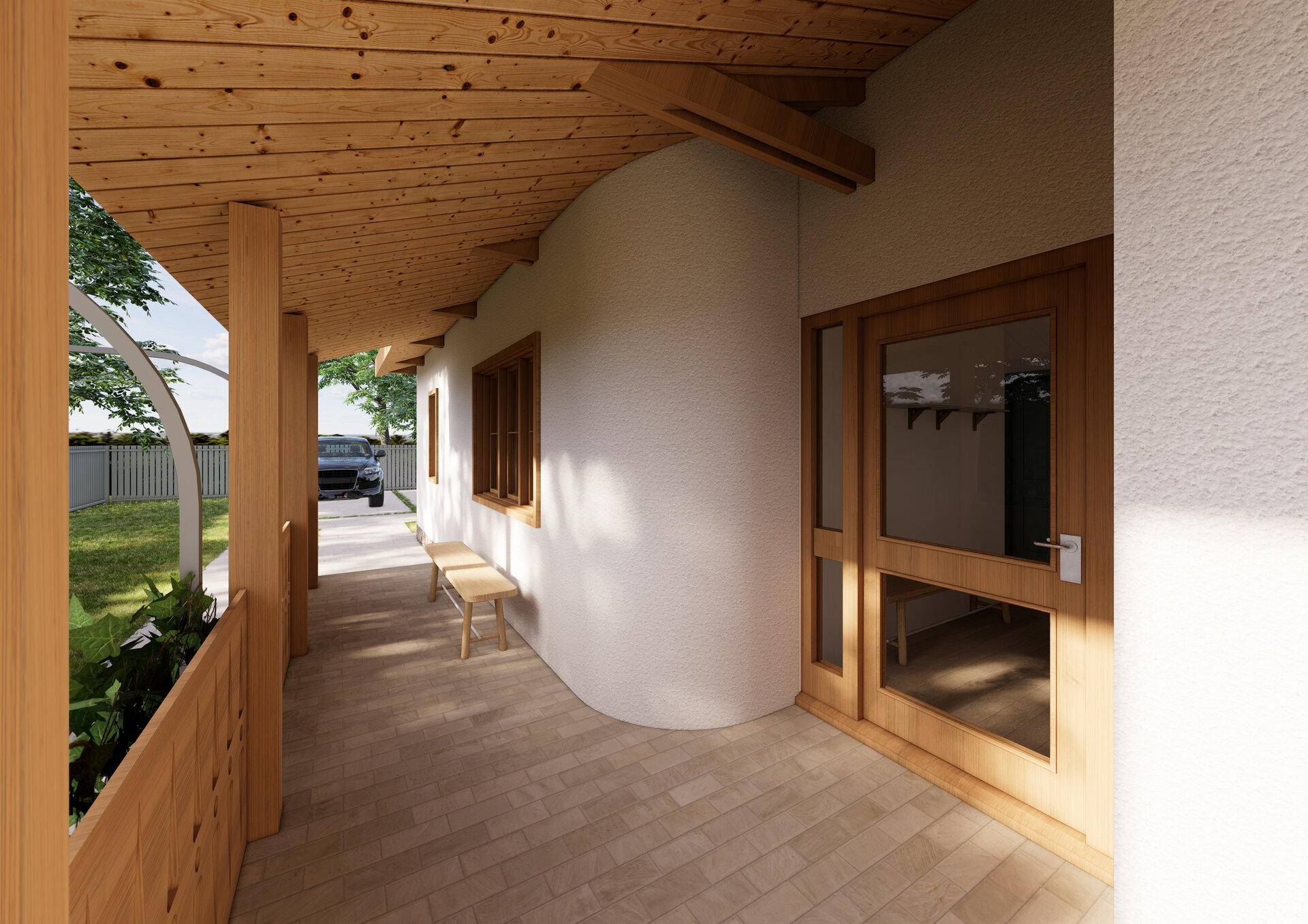 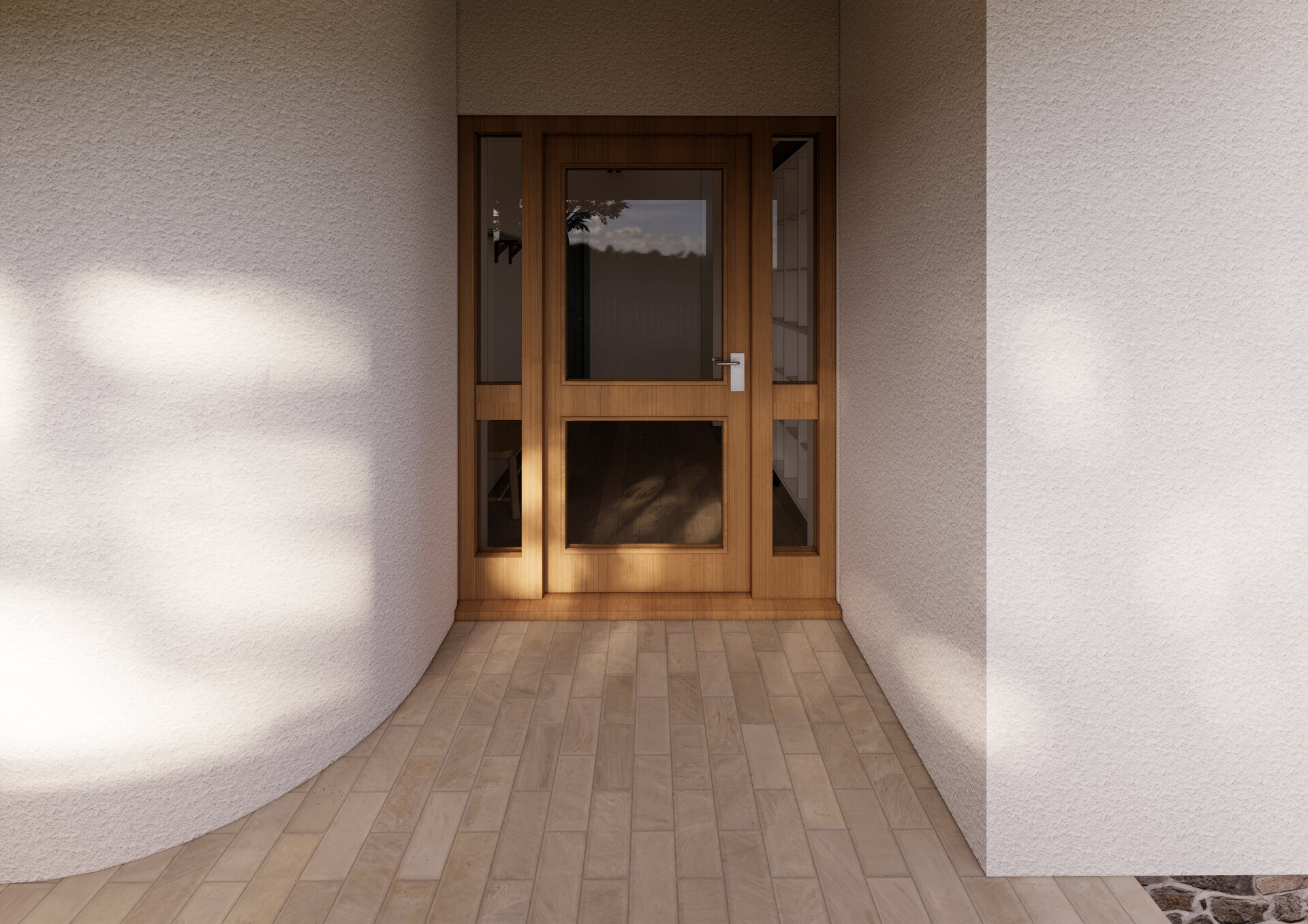 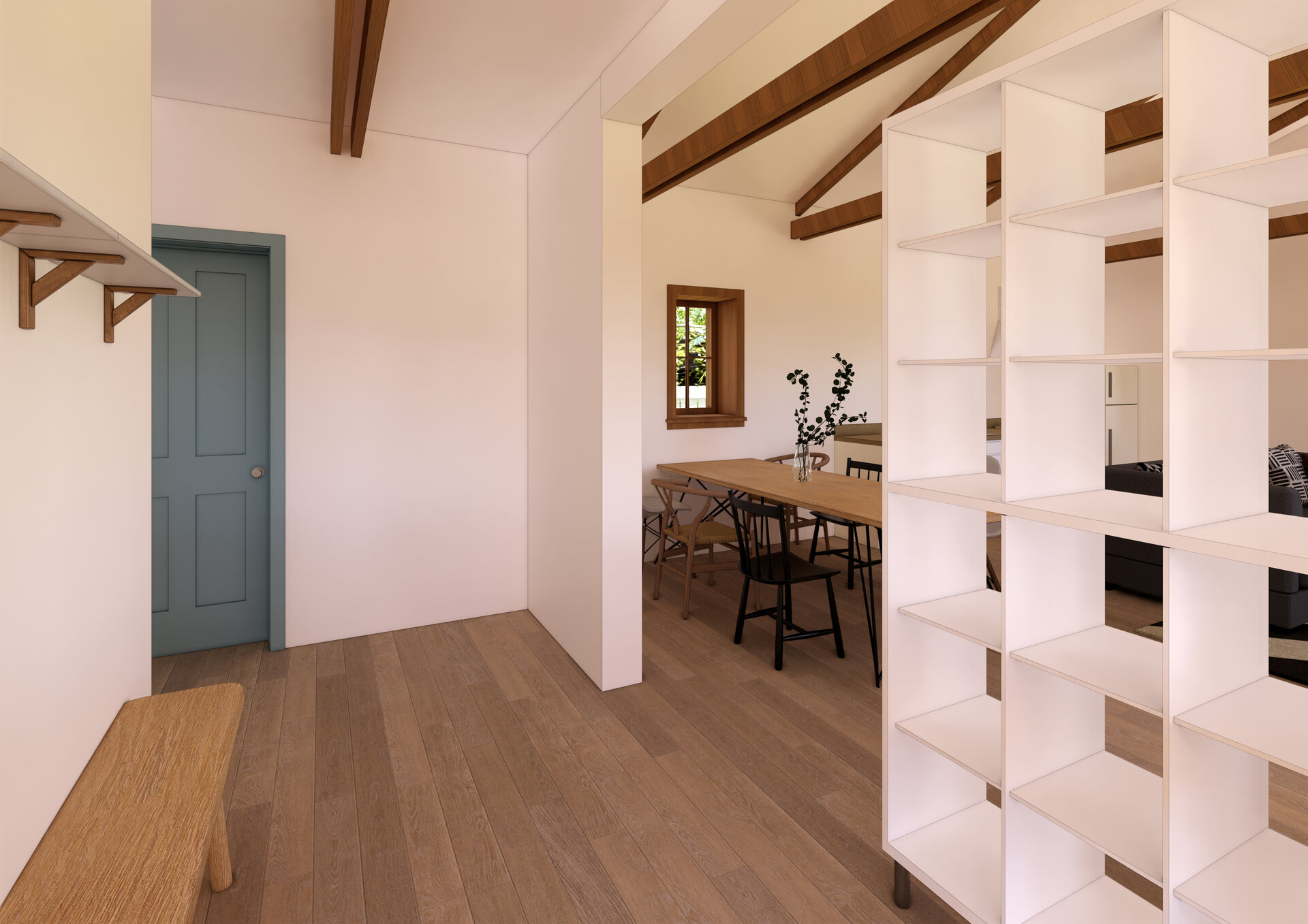 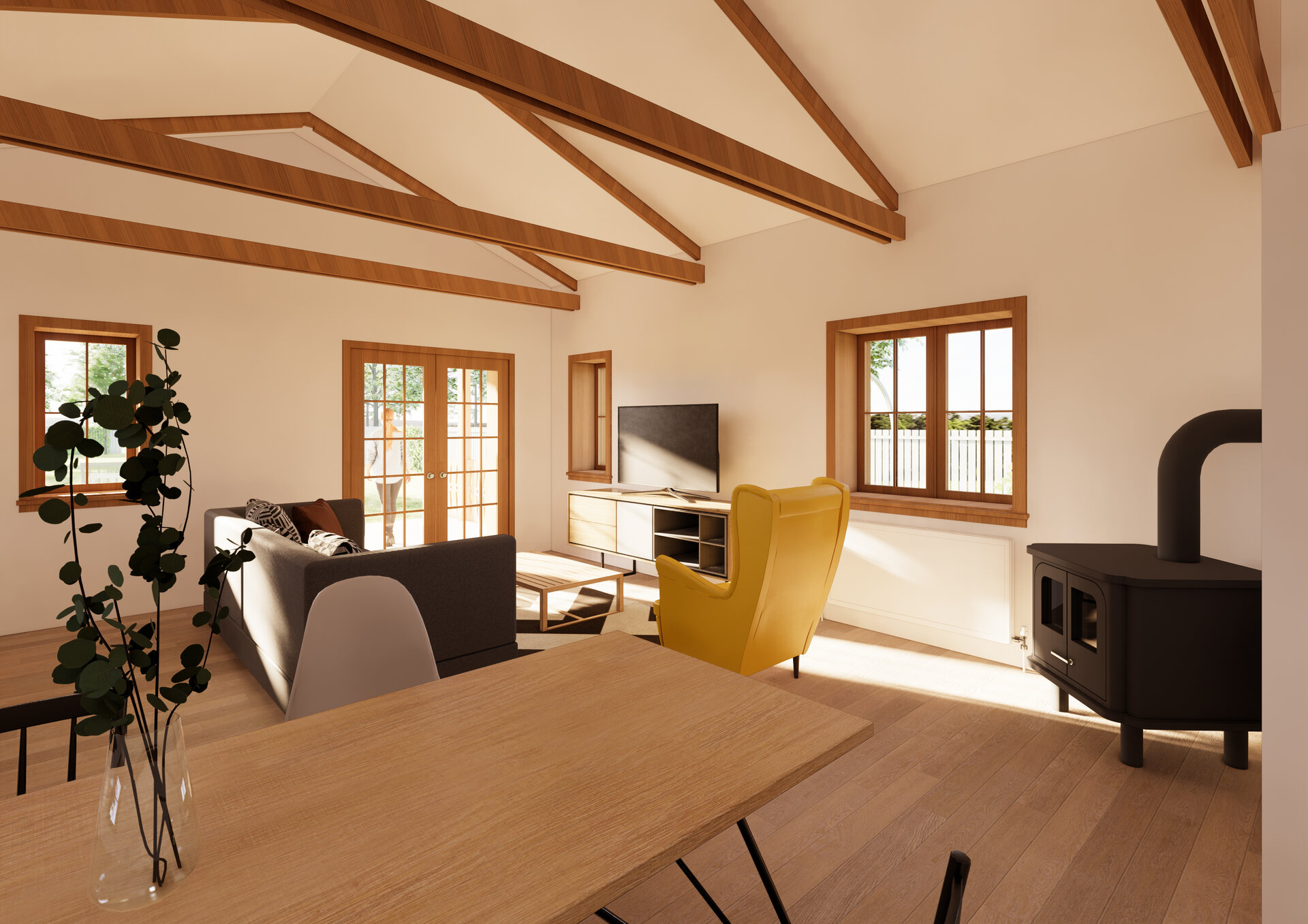 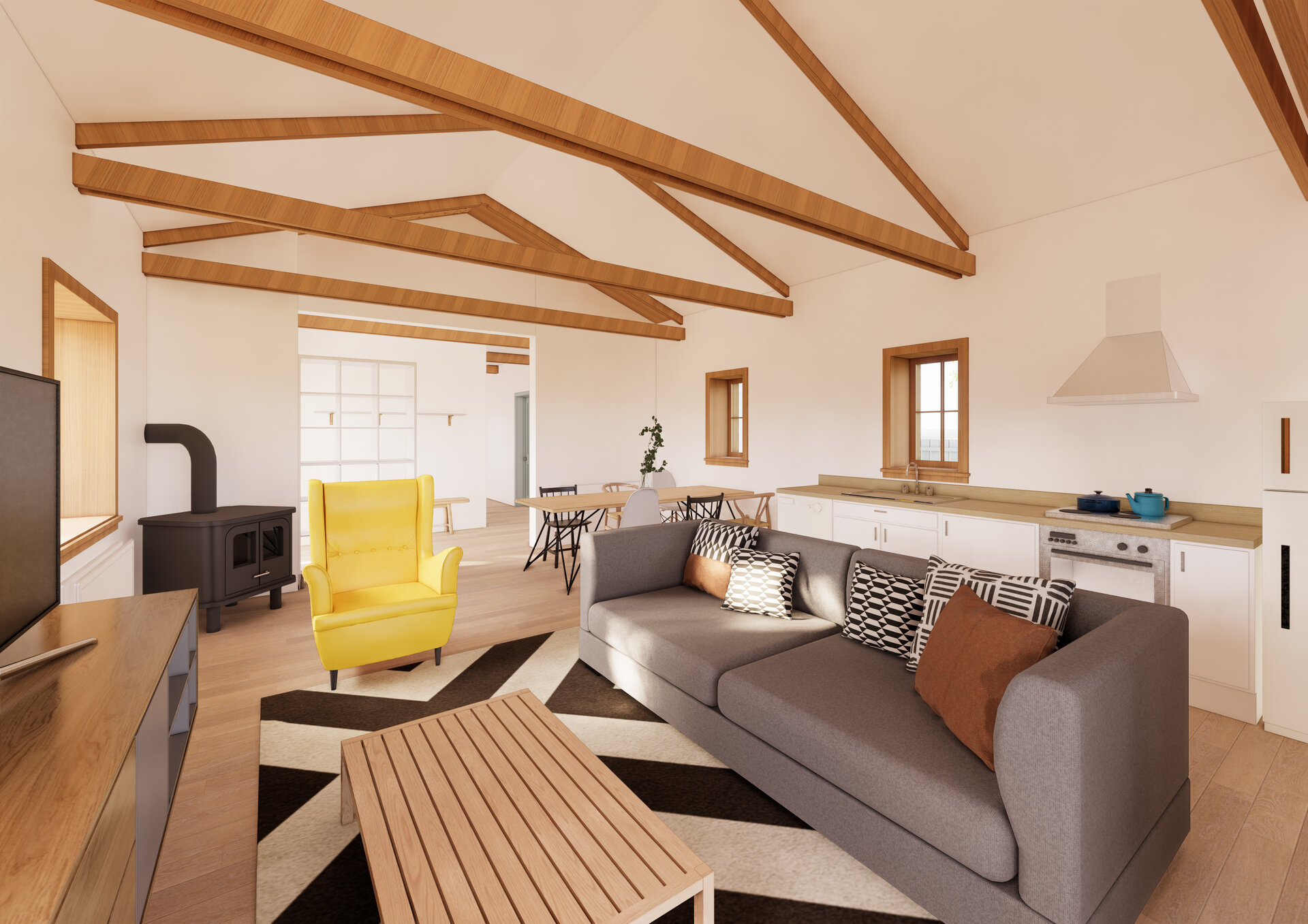 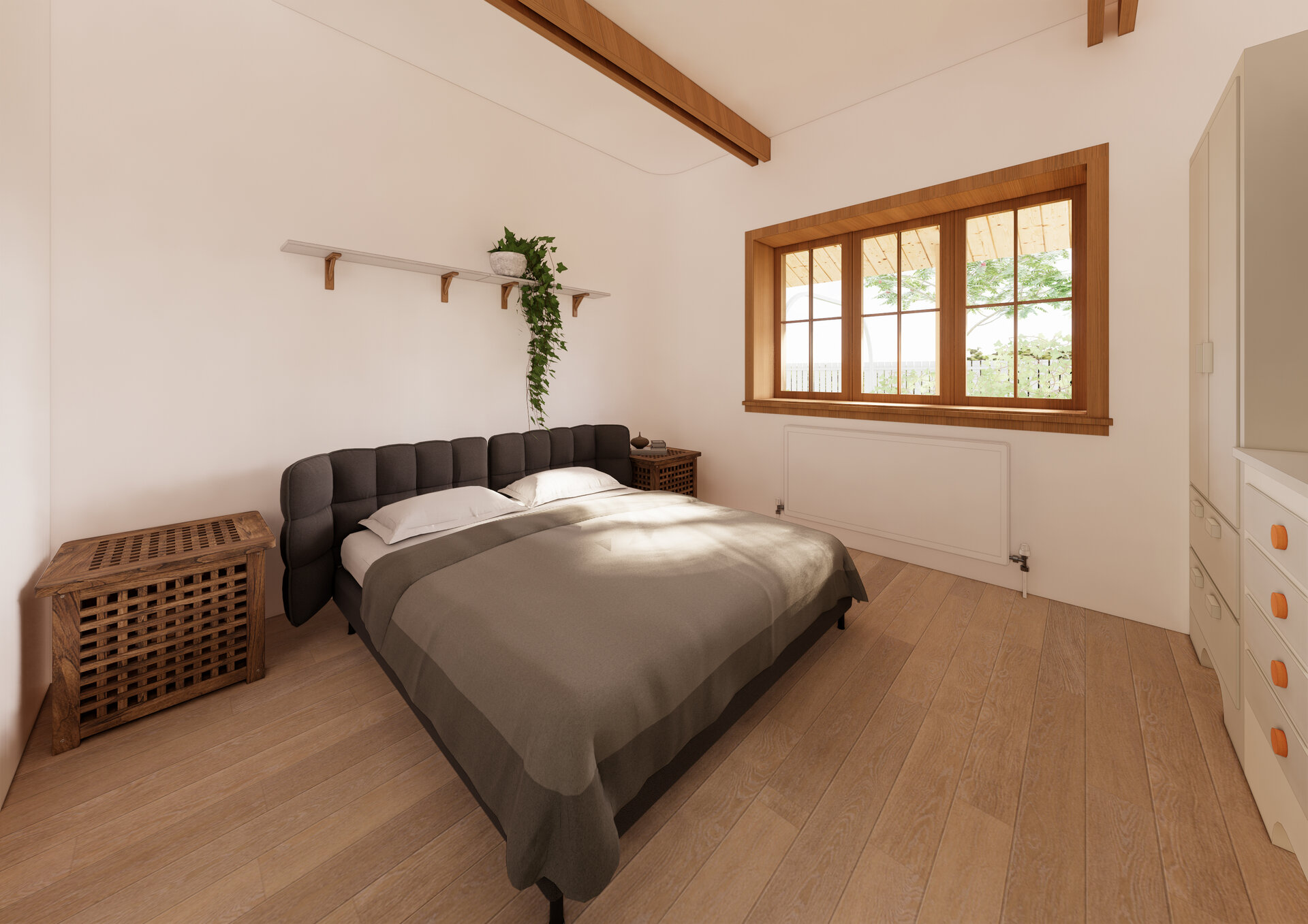 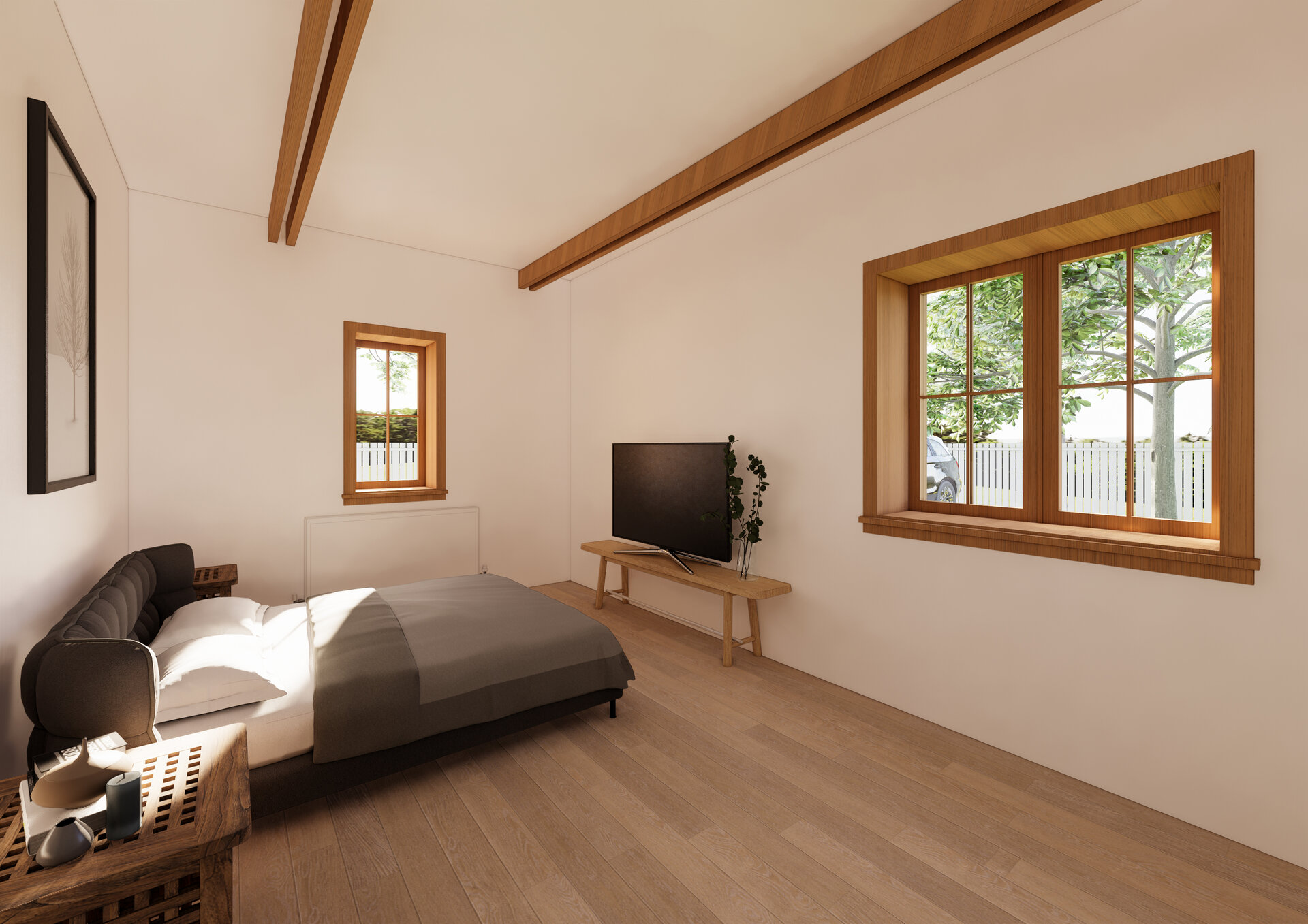 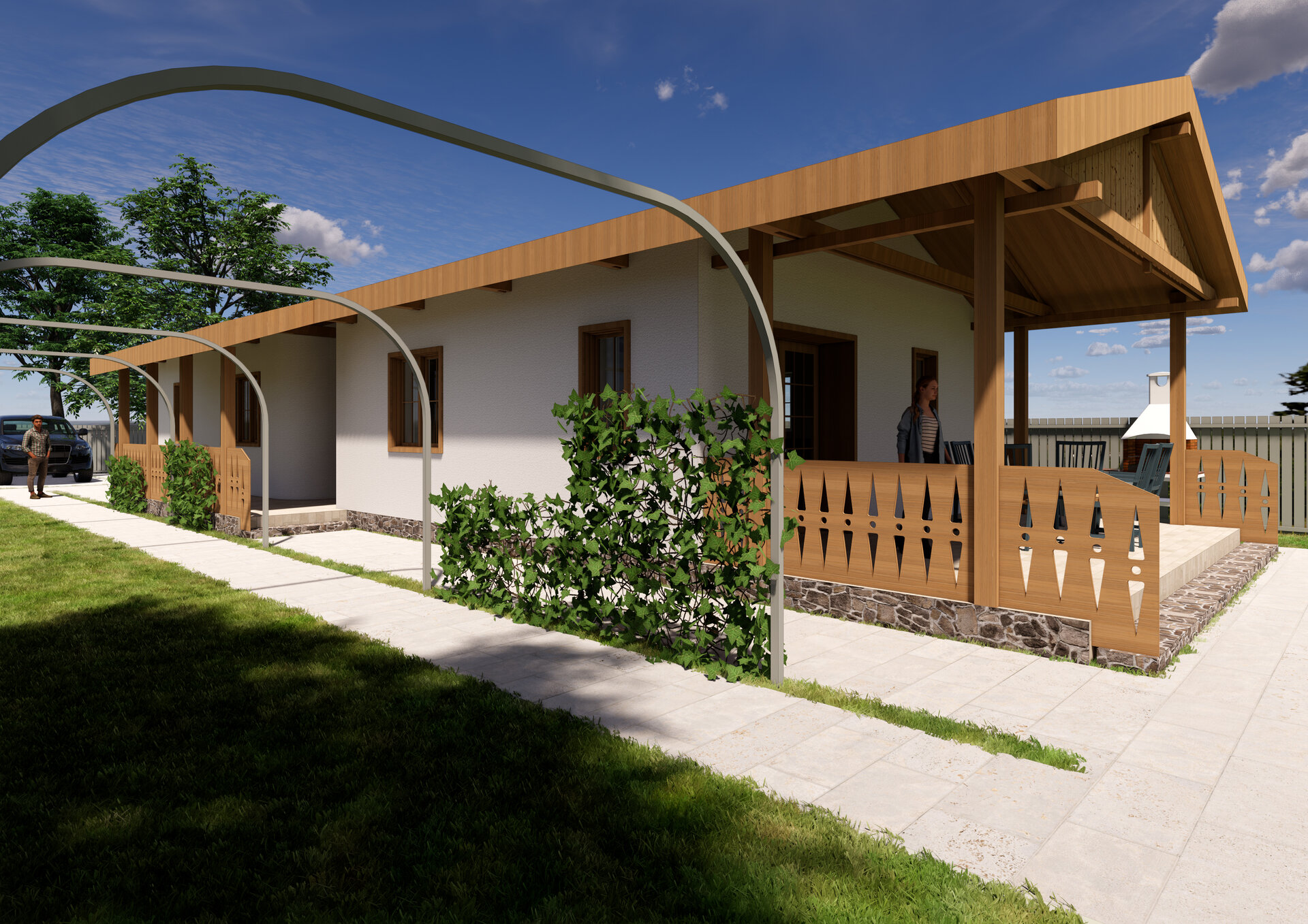 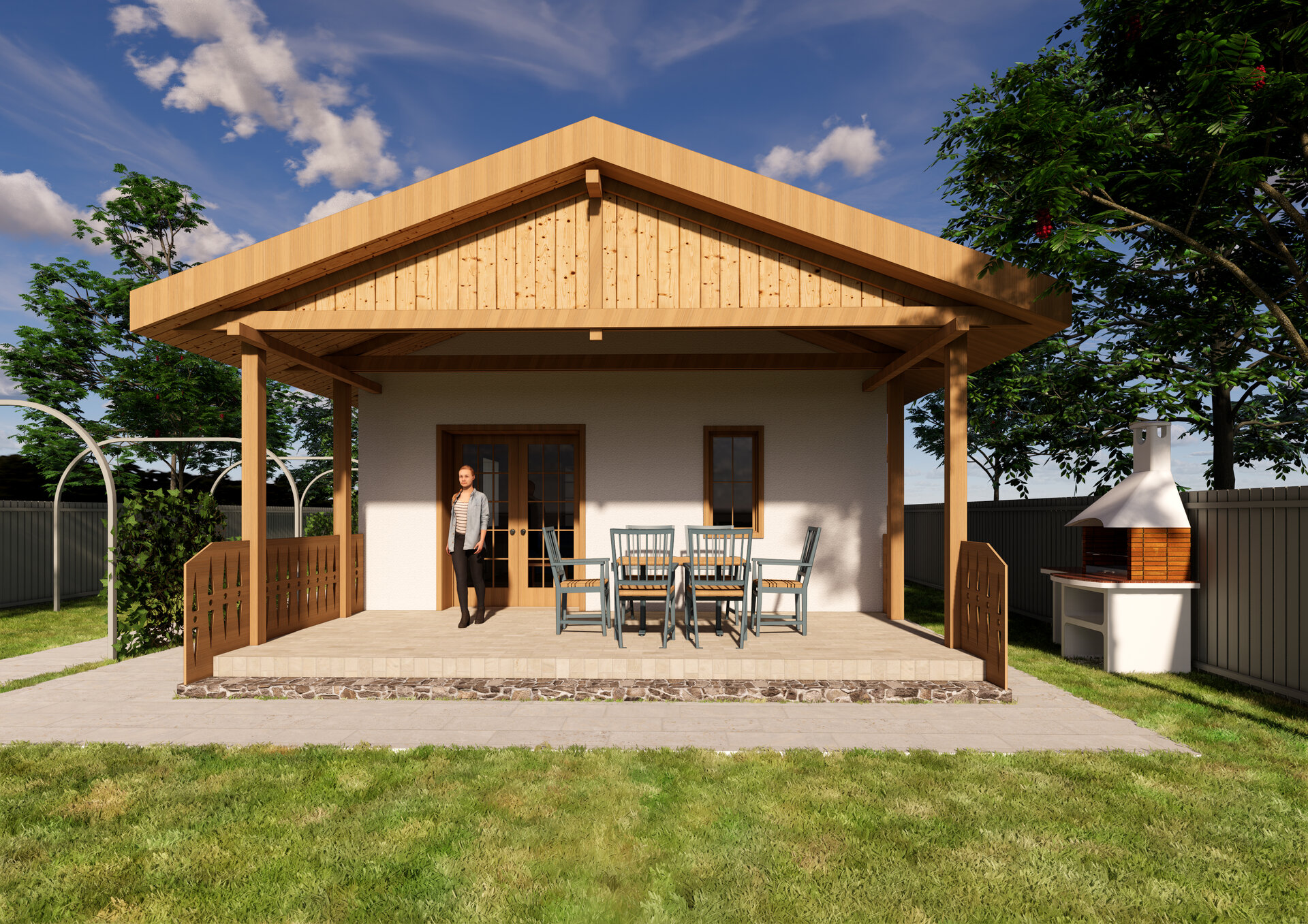 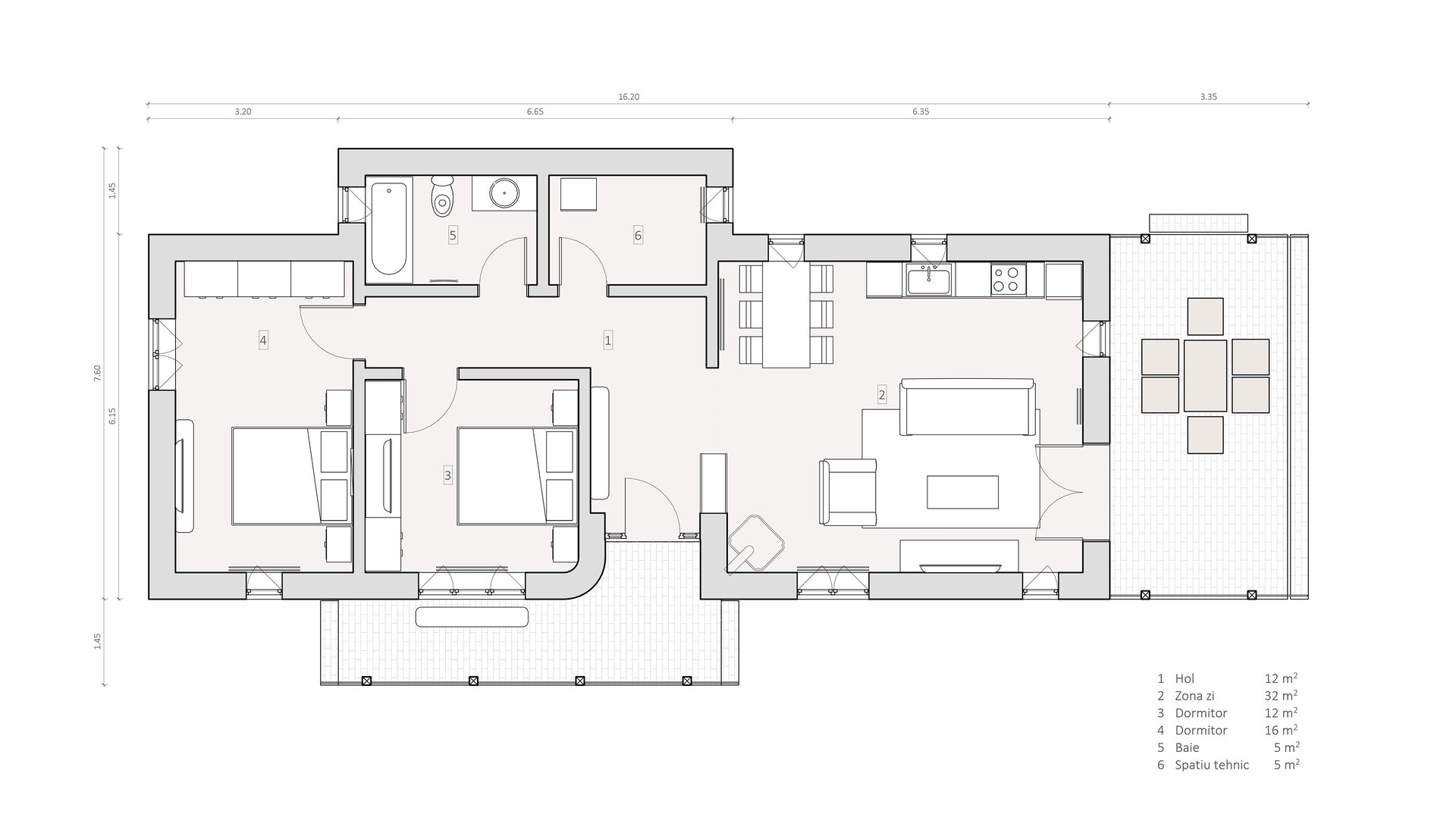 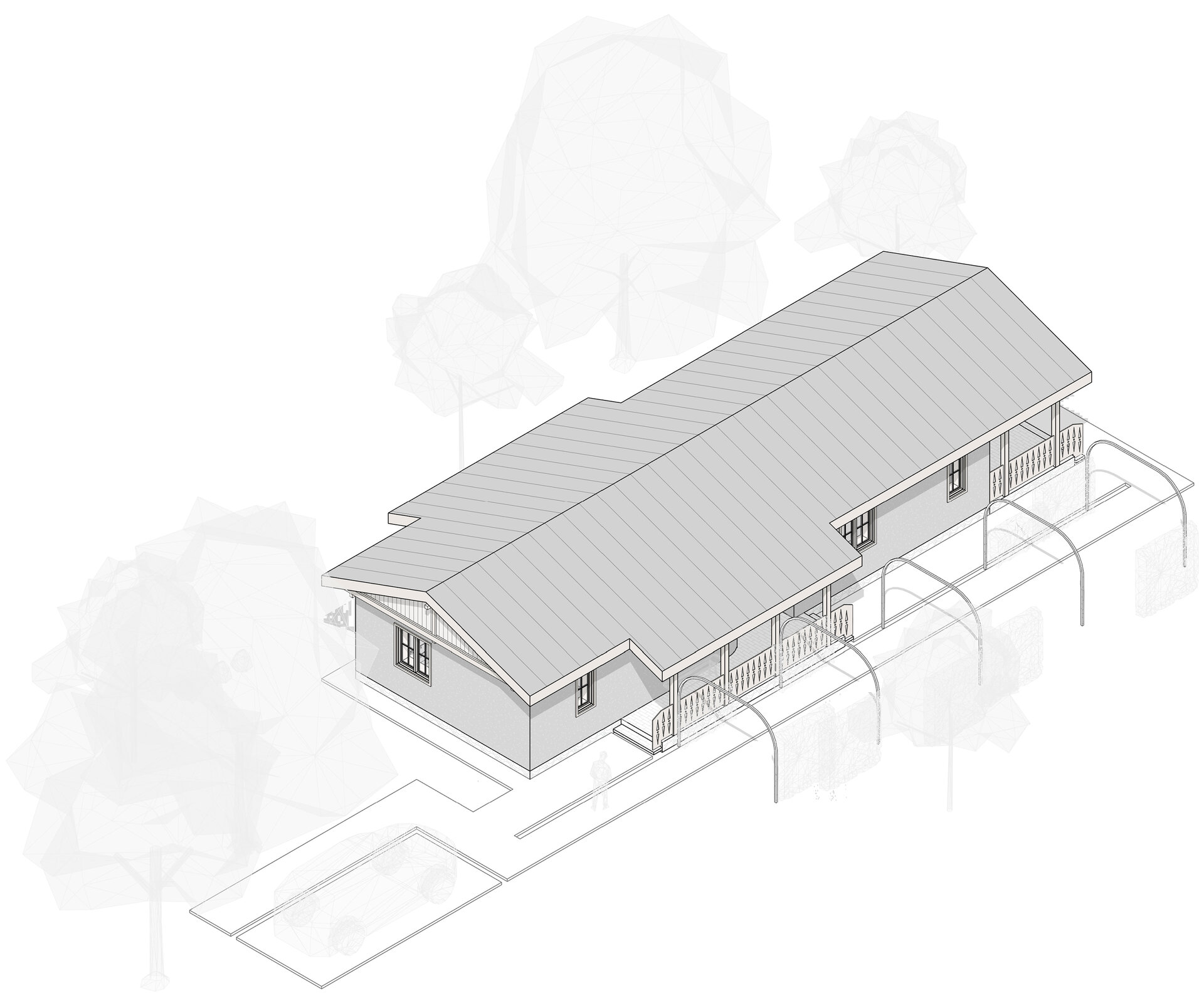 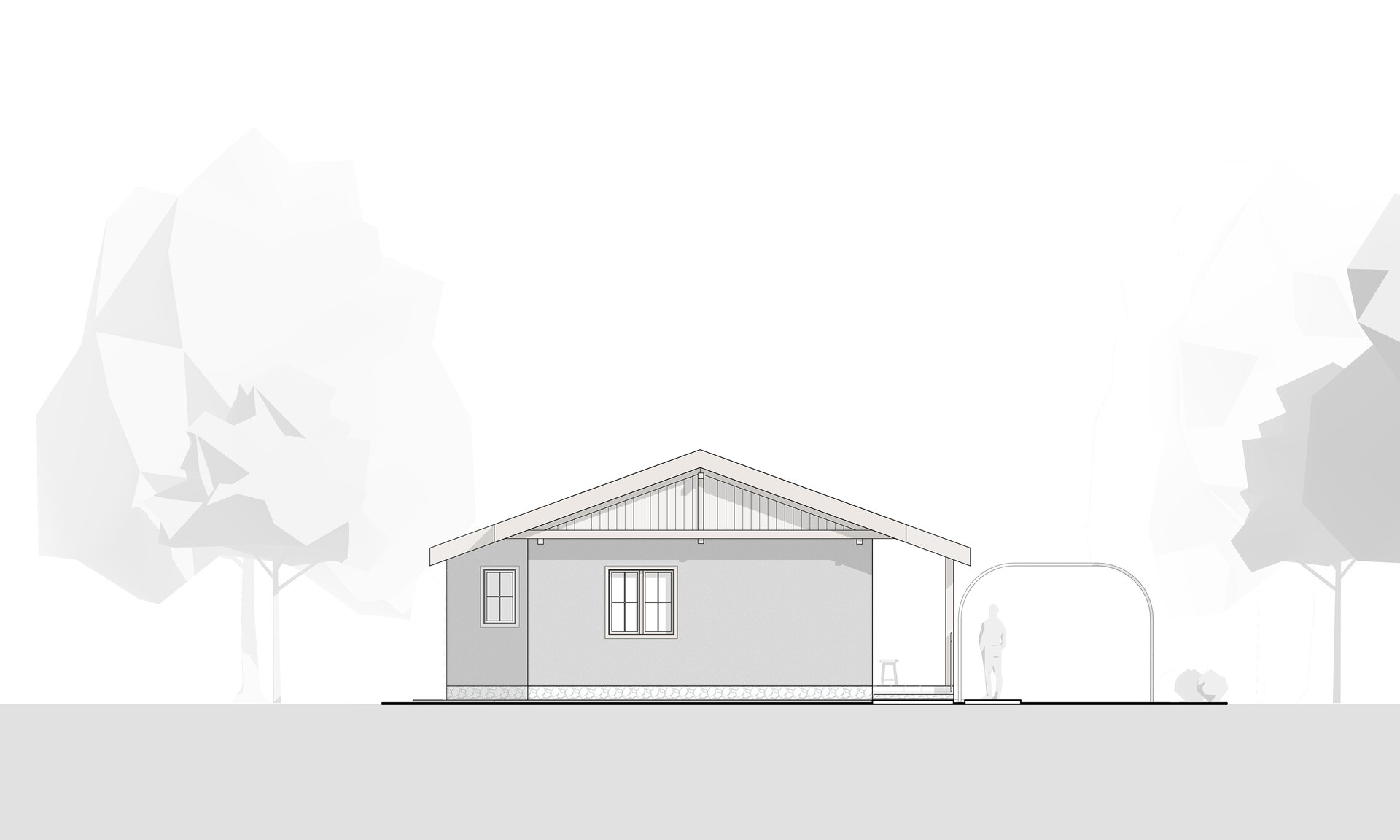 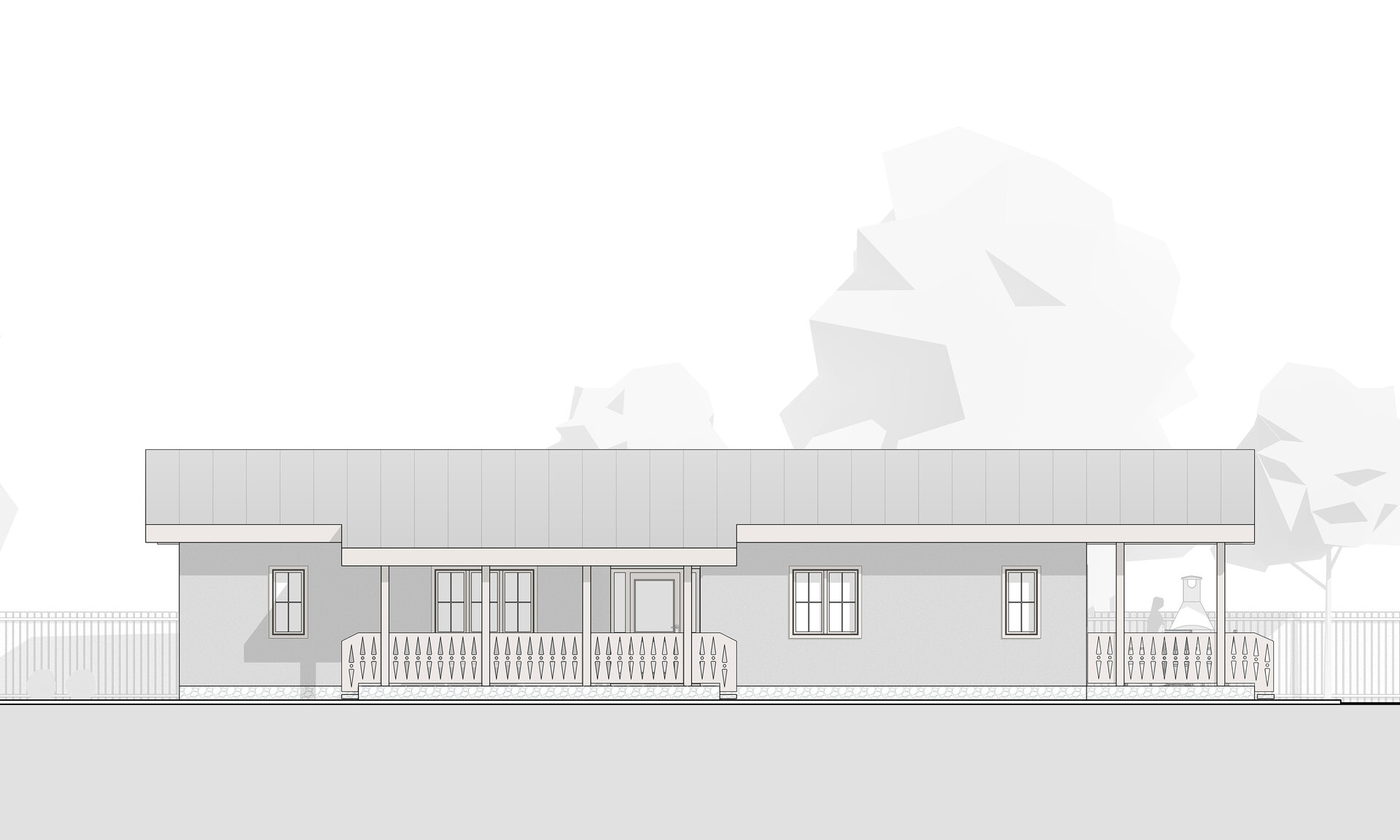