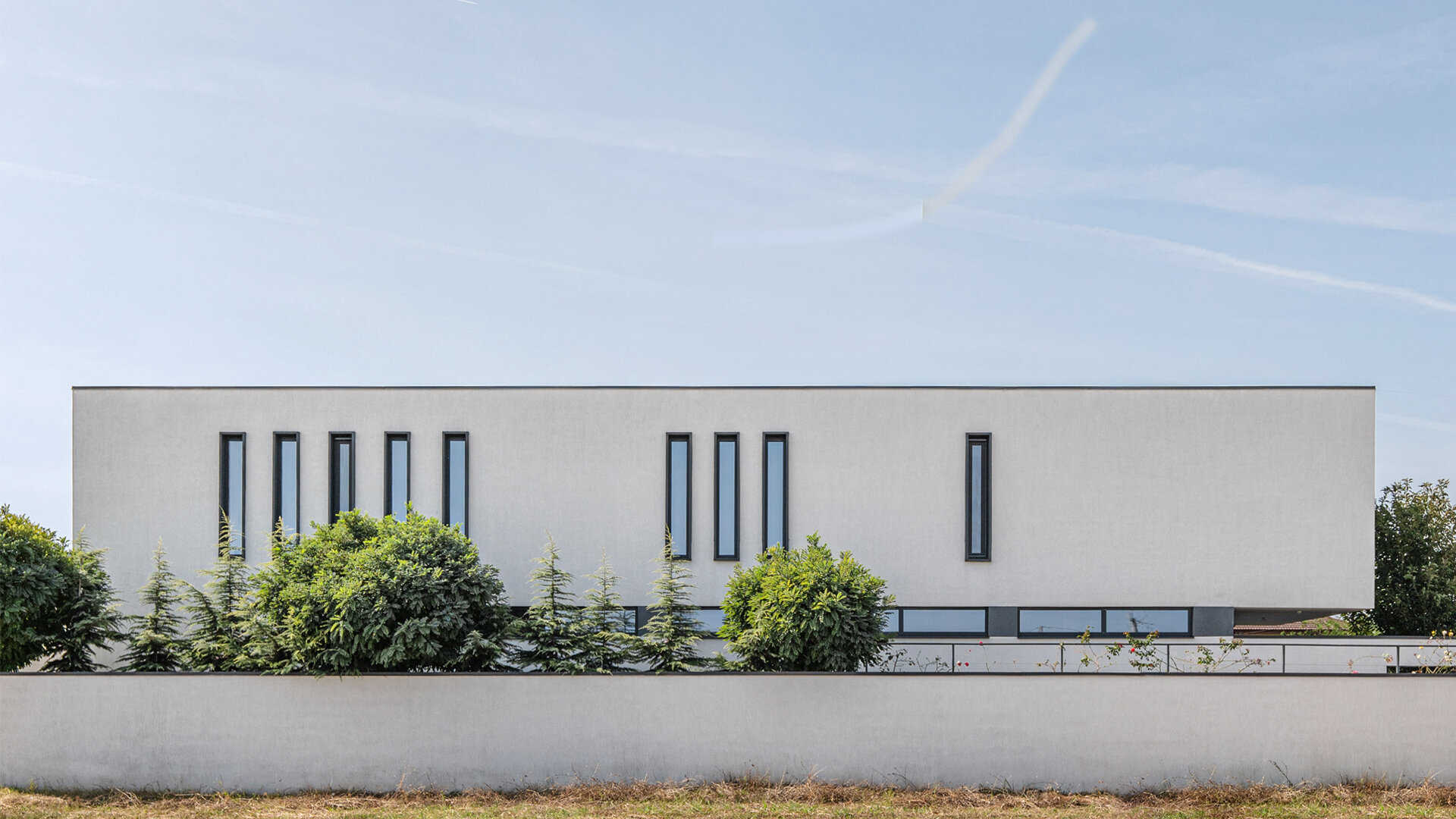 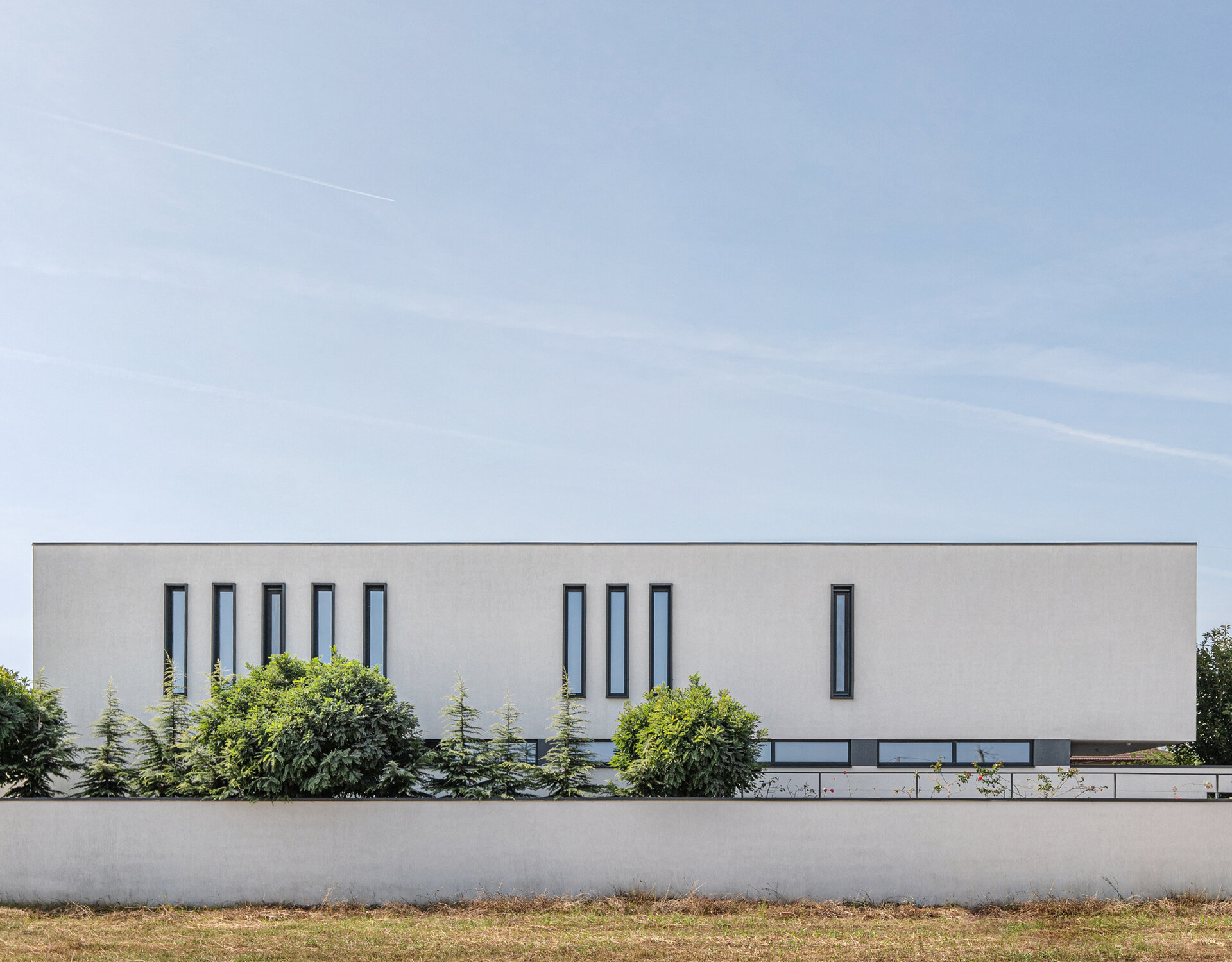 The location, Paris Street from Moara Vlasiei, is an area developed in the past 10 years outside the traditional principles of the village. This area tries to find its identity under the urban influence of the metropolis and the power of the natural environment offered by the nearby forests and lakes.

The proposal was based on adapting the urban image, supported by the lifestyle and values of the owners, to the natural context of the site. The shape of the building was obtained by using simple, white volumes, whose junction was marked by contrasting elements through materiality and color.

The building offers a well-defined image, which is discreetly inserted in the surroundings through its proportions, but which is emphasized by the purity of the architectural language.
The house alongside the enclosure, the two exterior guiding walls, the annex but also the courtyards generated by the interstitial space between them, contributes to obtaining a unitary whole in which the dynamics of the space, both exterior and interior, is very clearly defined. The guiding walls are highlighted in the composition through a different treatment in regard to the enclosure, having a higher height.

The longitudinal guiding wall marks the access to the yard and directs the user towards the entrance of the house, supporting his route and in the interior space, also revealed in the façade.
Next to the transversal wall, the front yard is outlined and it is emphasizes the ample console, of the first floor, above the entrance area.
The two walls help define the two side courtyards, the one dedicated to the parking on the N-E side of the location and the one dedicated to the garden on the N-V side.The transition space generated serves a more intimate area orientated towards the garden. The path on the longitudinal axis offers in the end of the perspective the image of a transparent staircase and the backyard garden which intertwine with the interior space.

The end of the path offers the living area, the catalyst of the family, expressed in the volume through the transverse area and extends outside through the fourth courtyard.
The established relationship between the interior and exterior spaces is also found on the first floor of the house where the bedrooms were orientated towards the garden ant the catalyst of the family, configured in the form of a relaxation room, remains correlated with the main yard.

The positioning of the described spaces was done in close connection with the cardinal points, offering soft light from the west in the afternoon in bedrooms areas, and warm light in the south for the common spaces of the house. 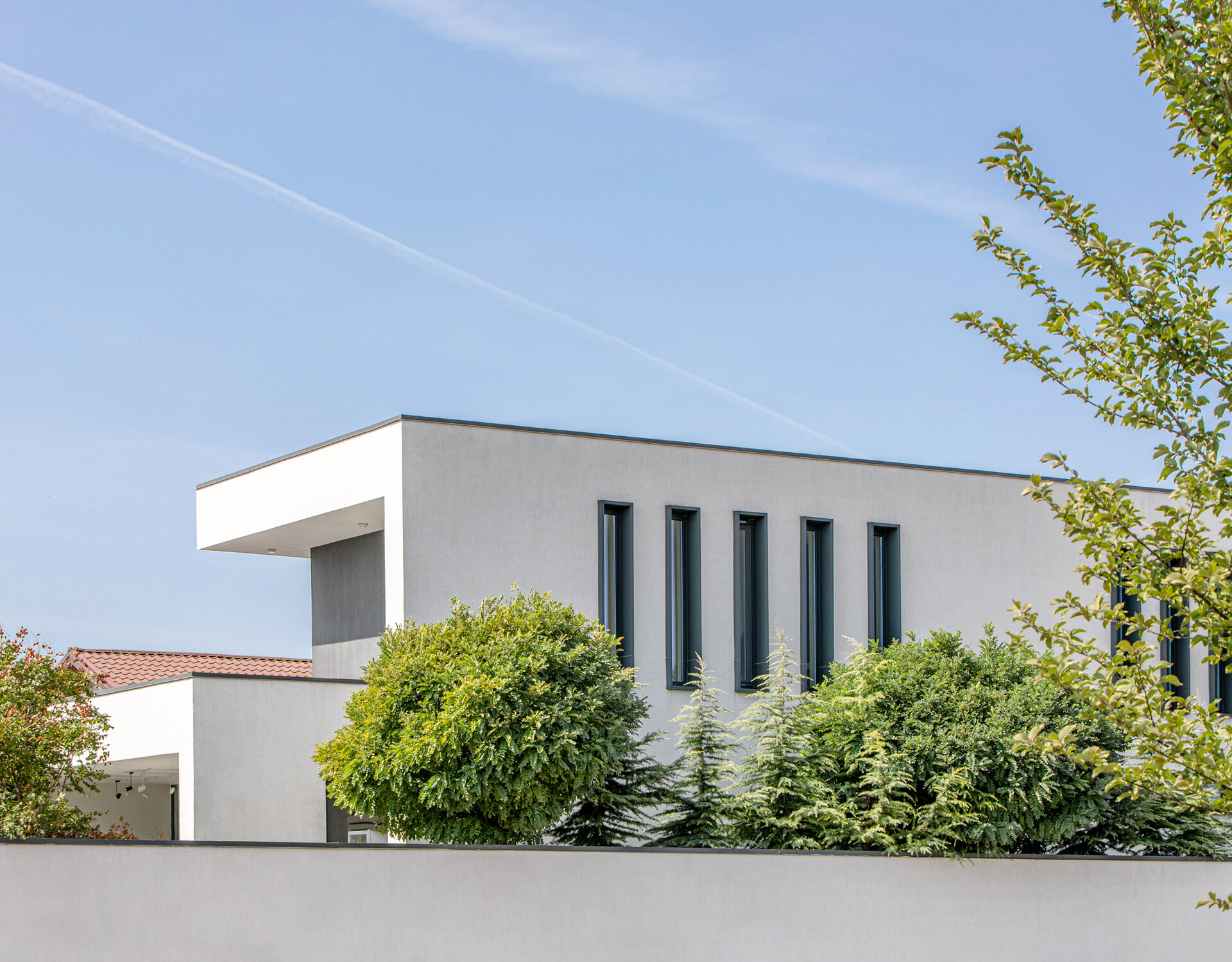 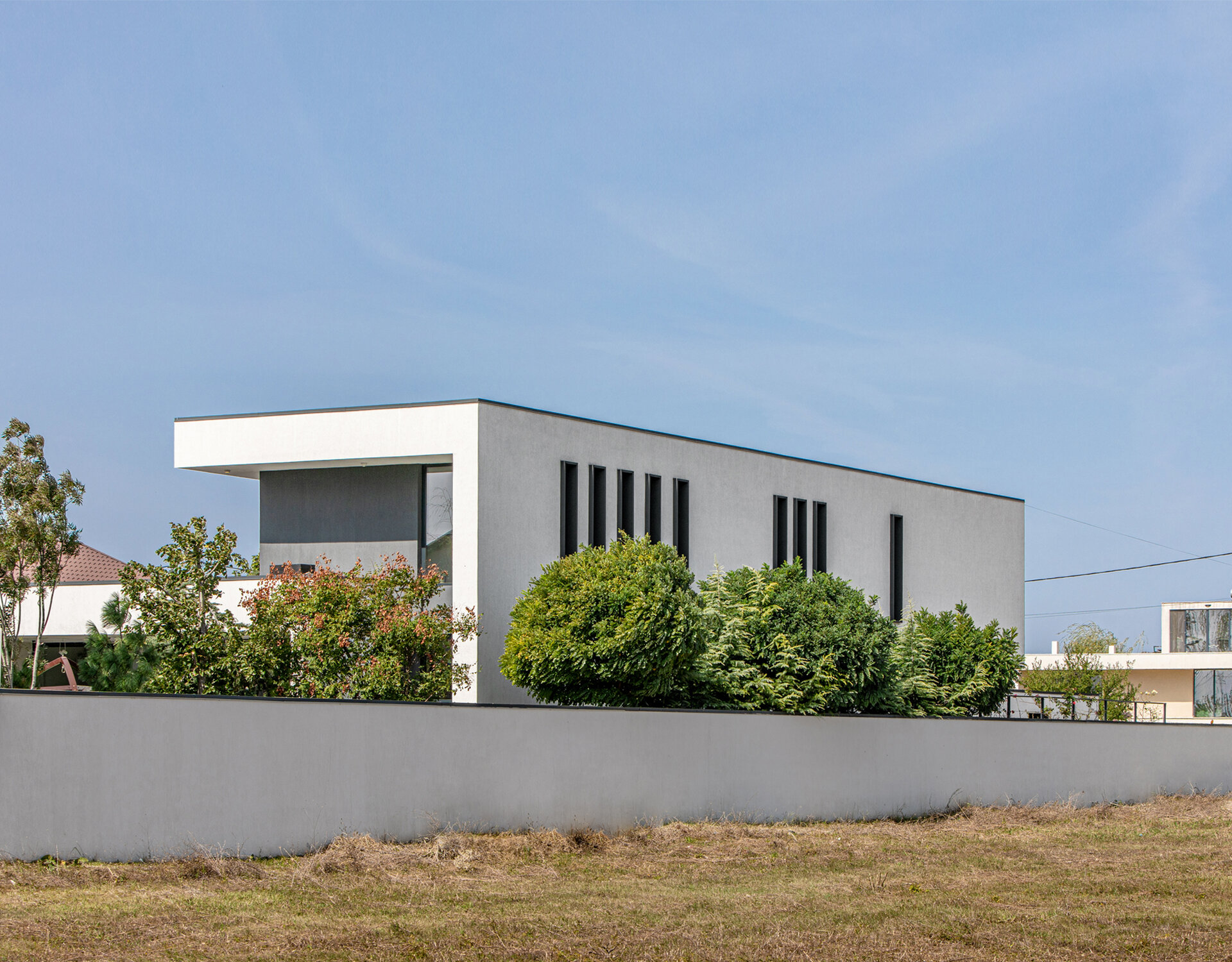 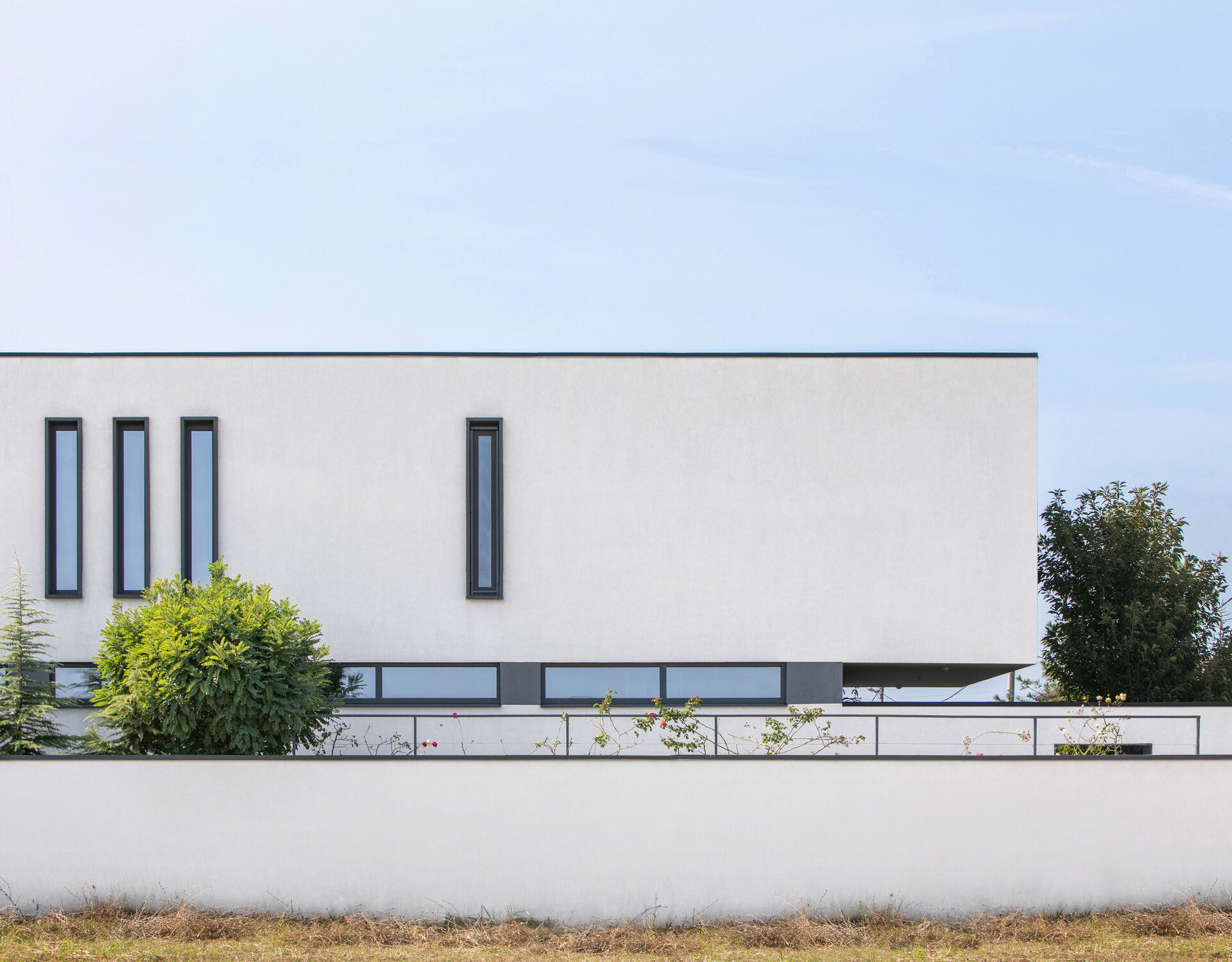 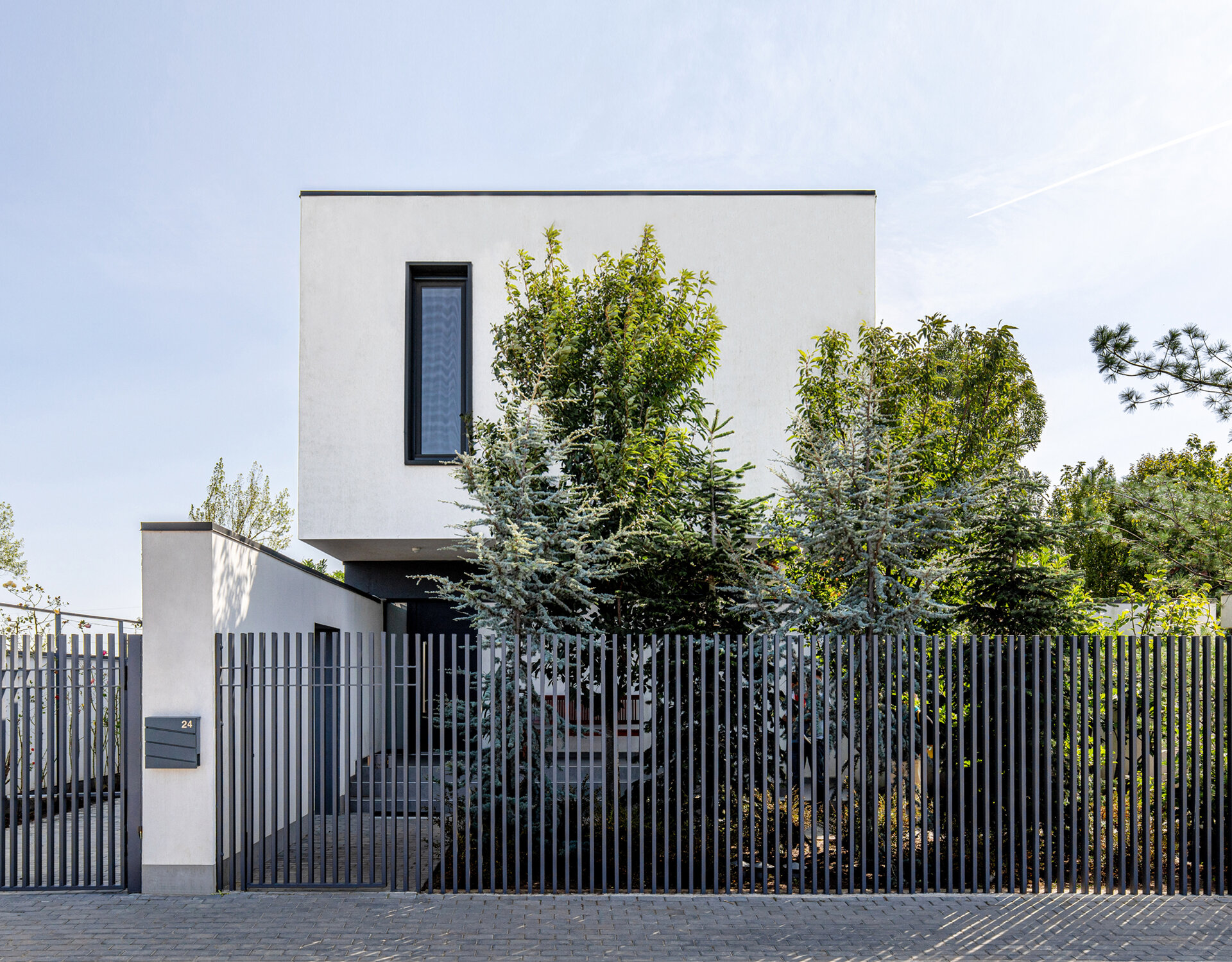 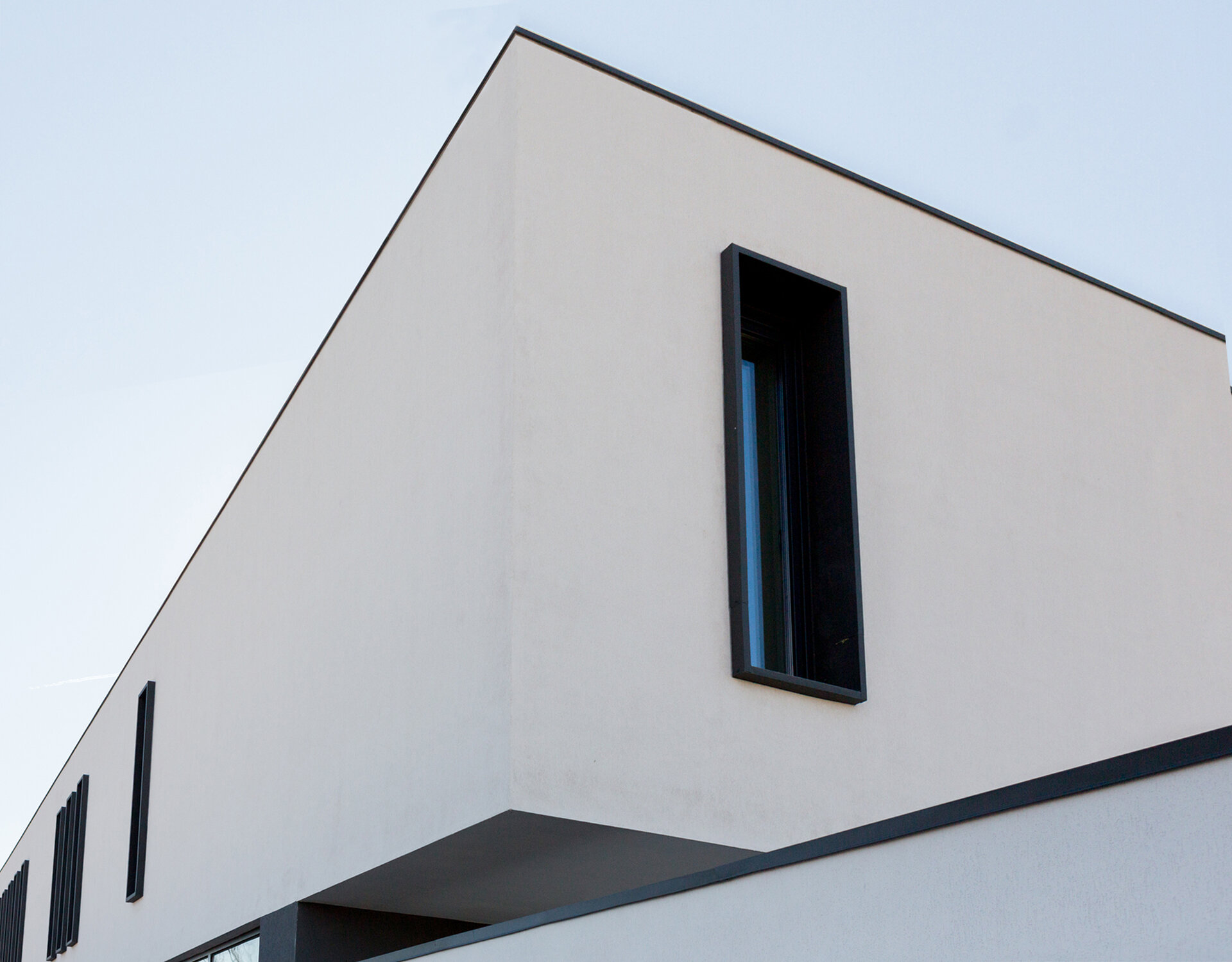 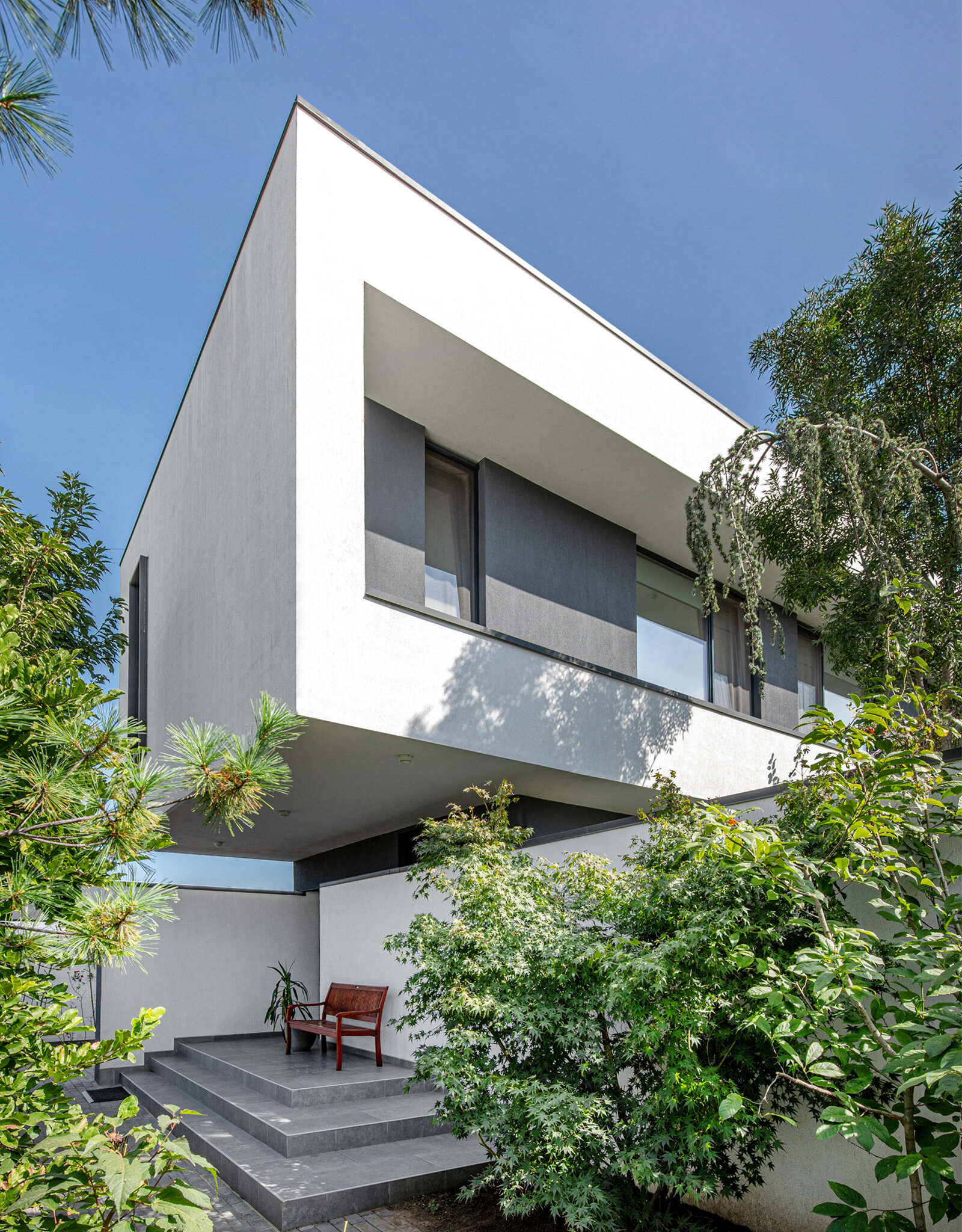 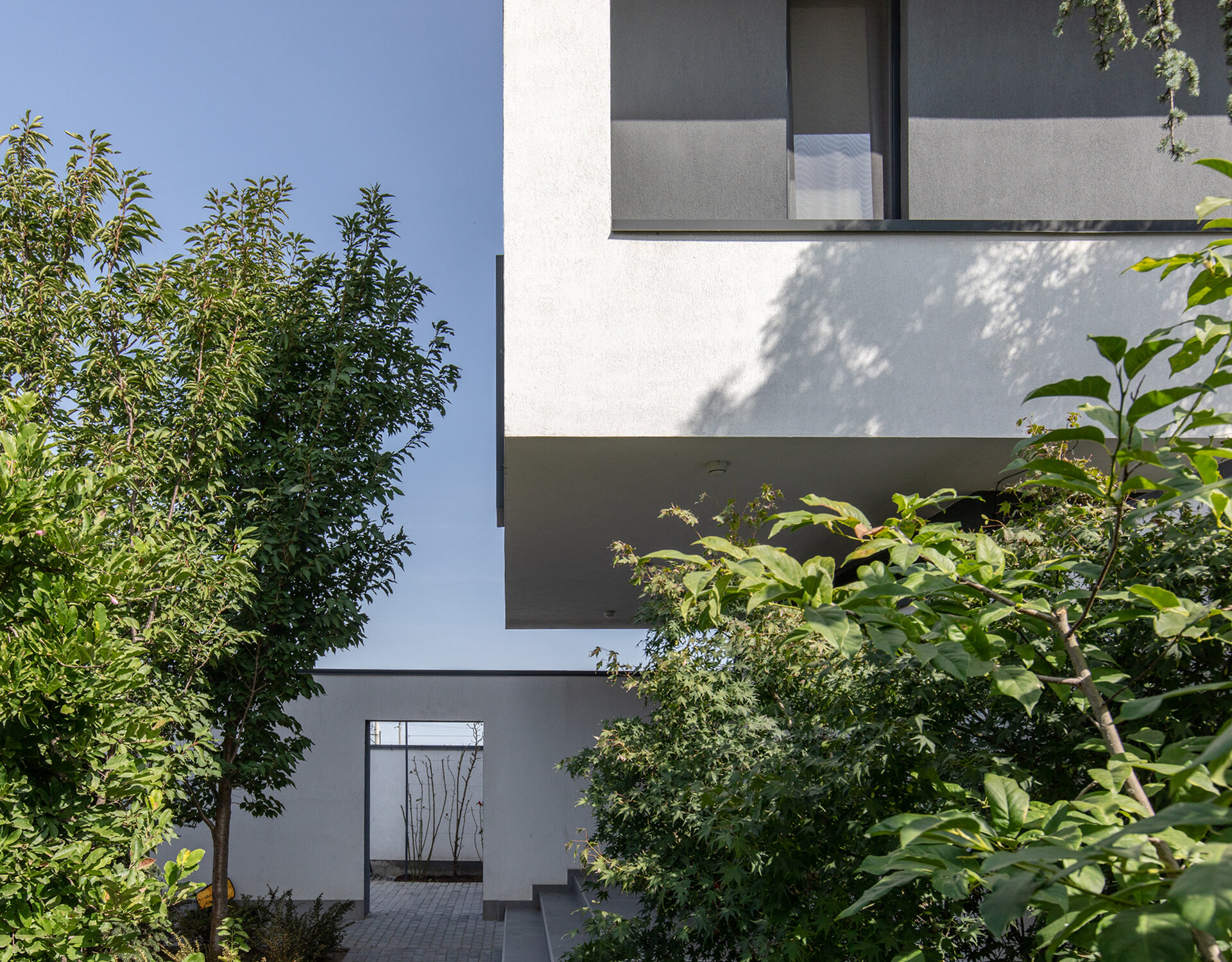 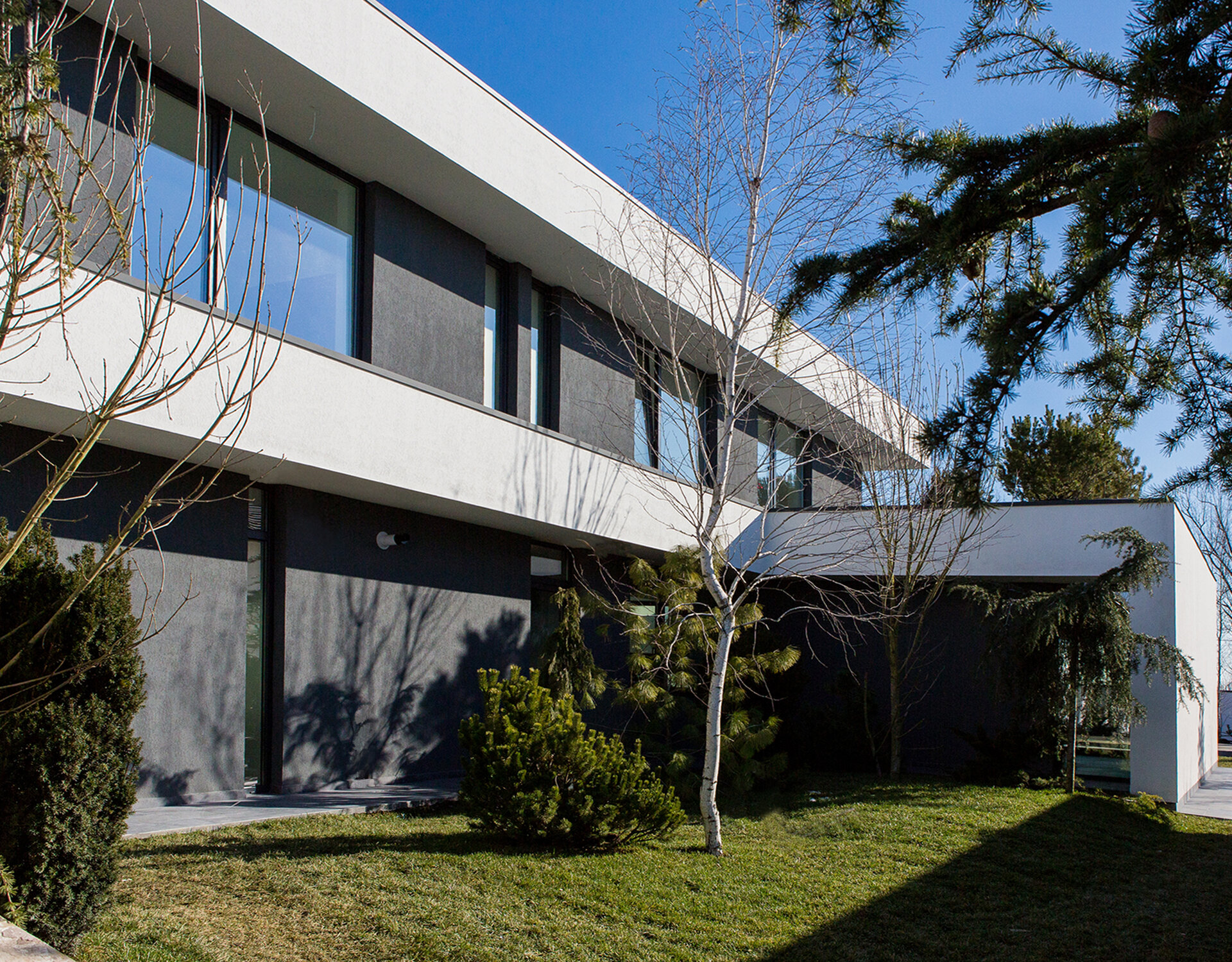 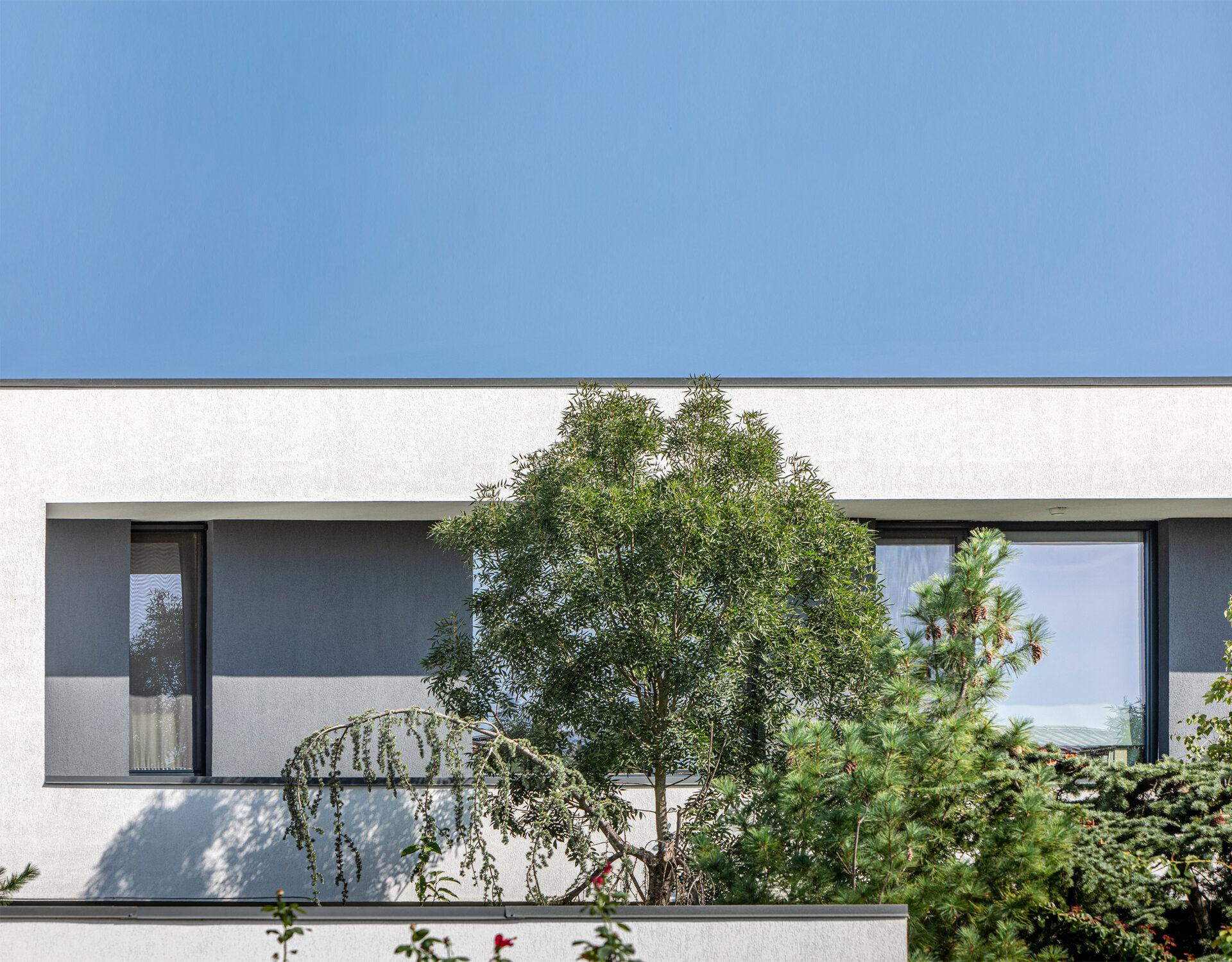 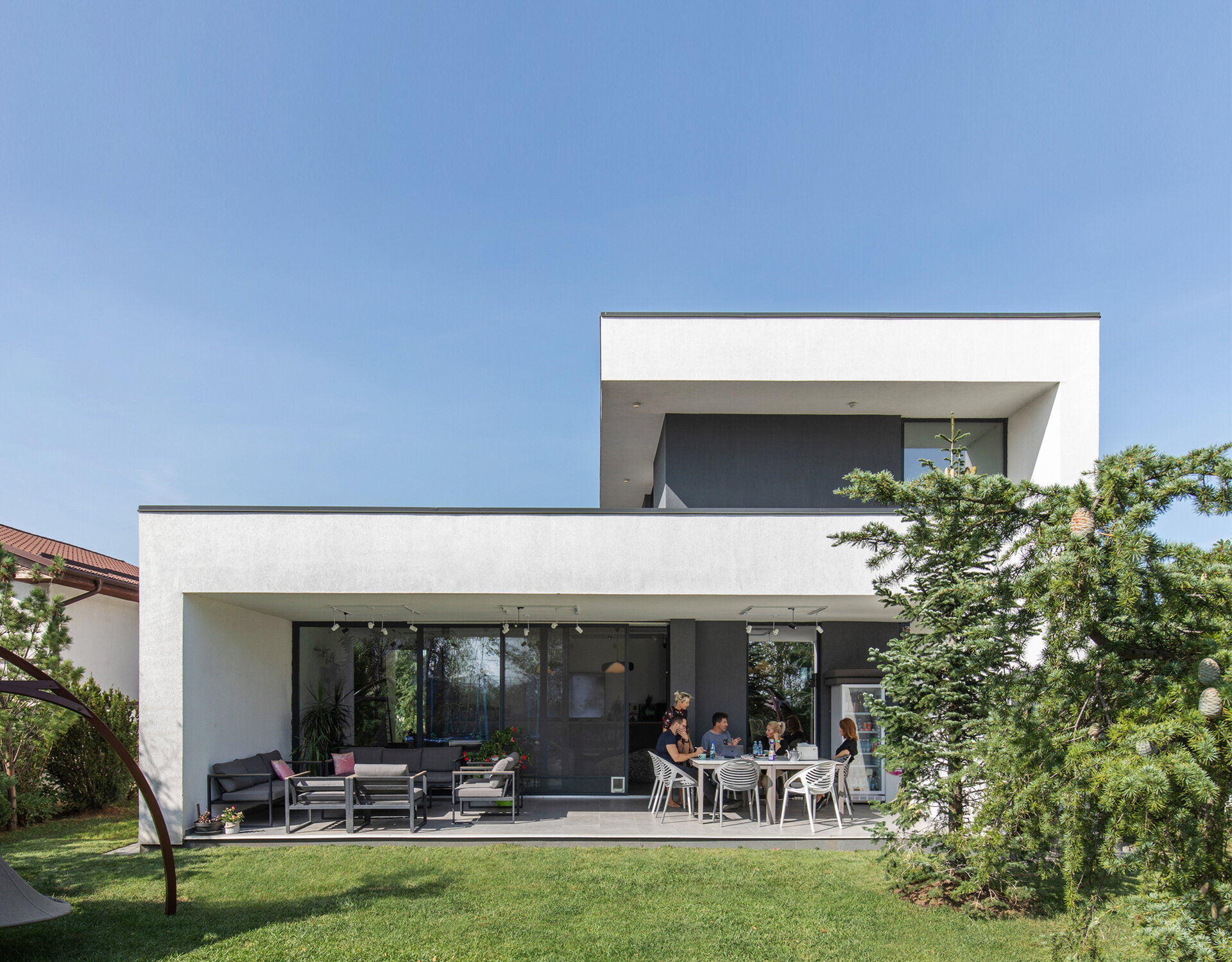 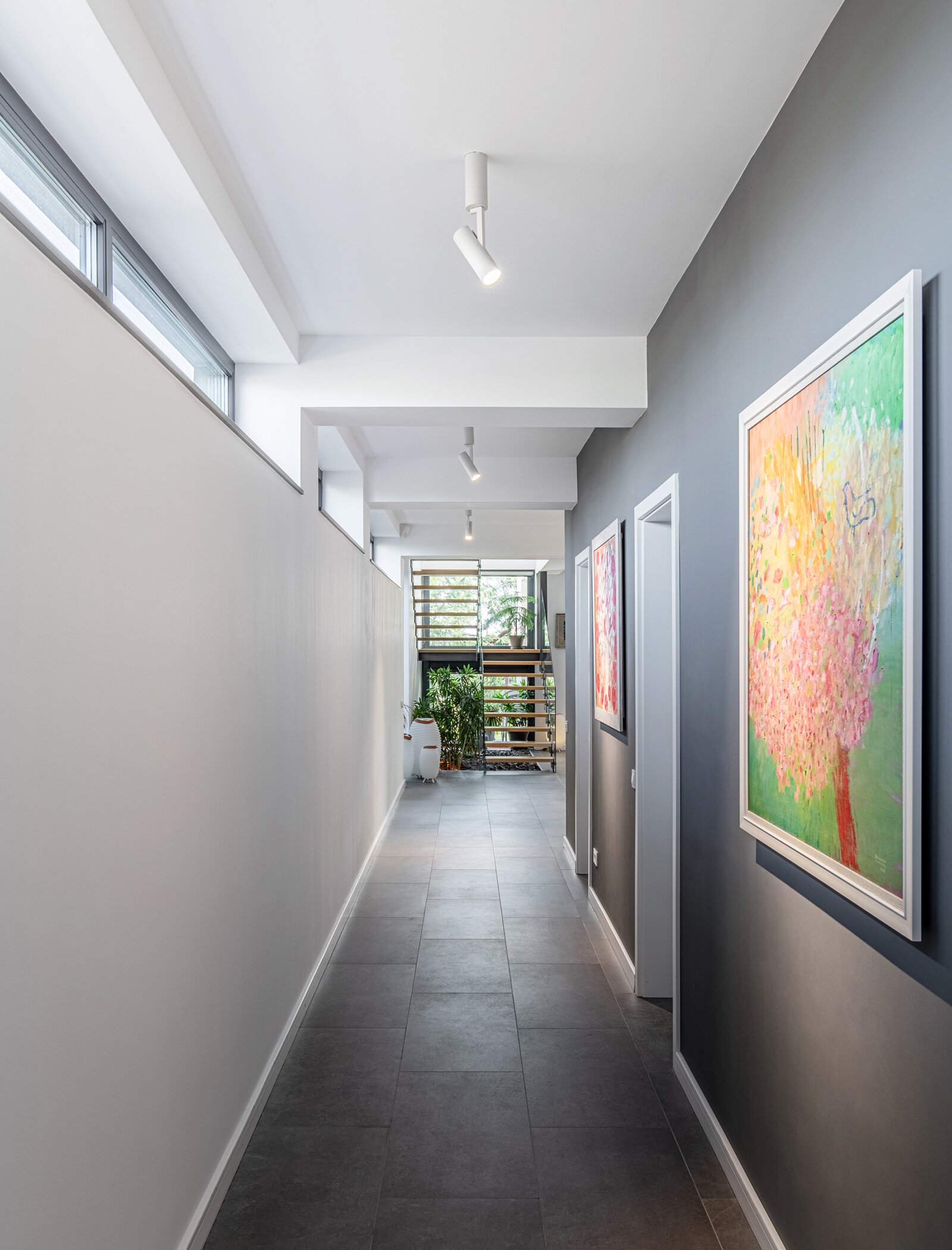 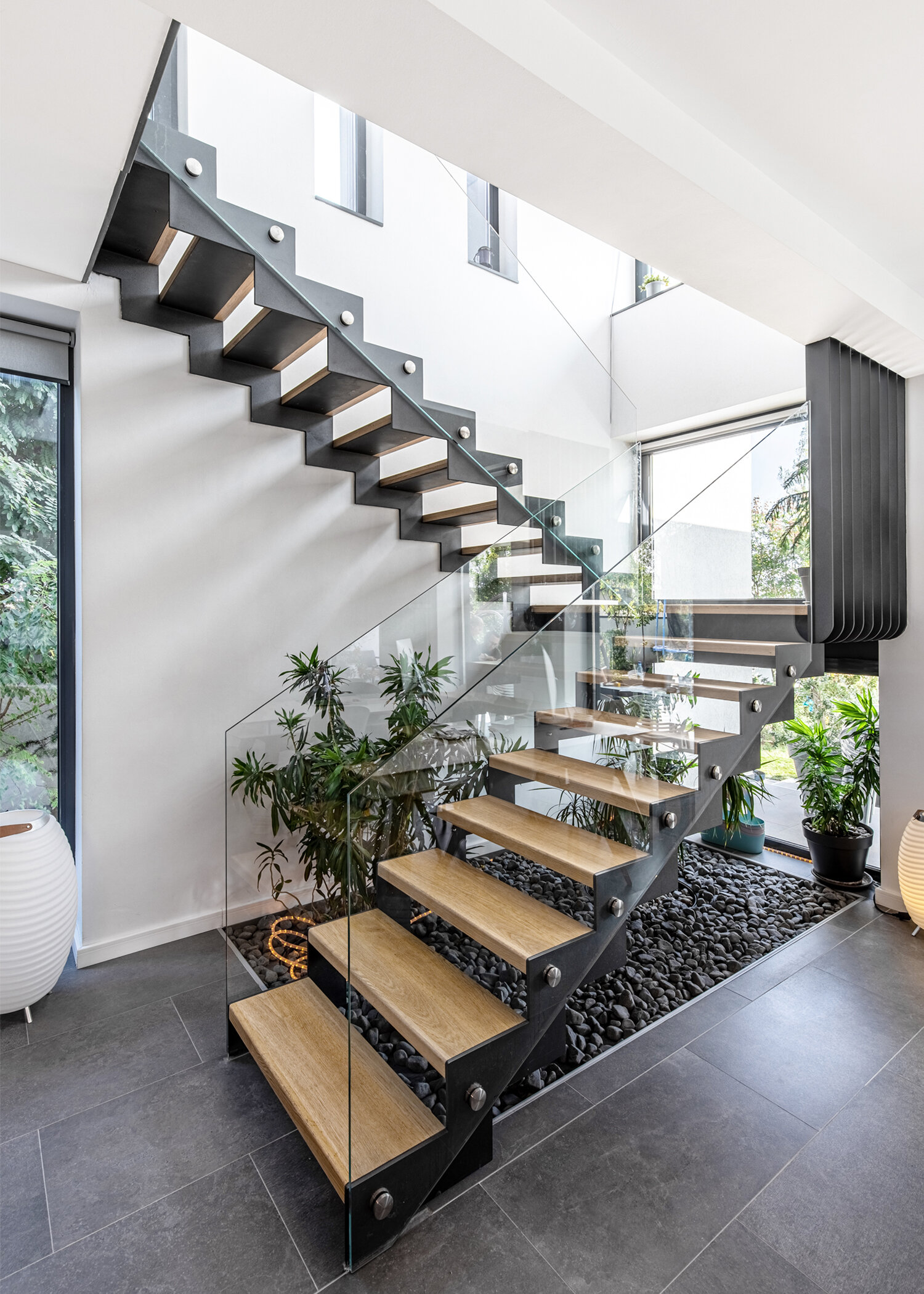 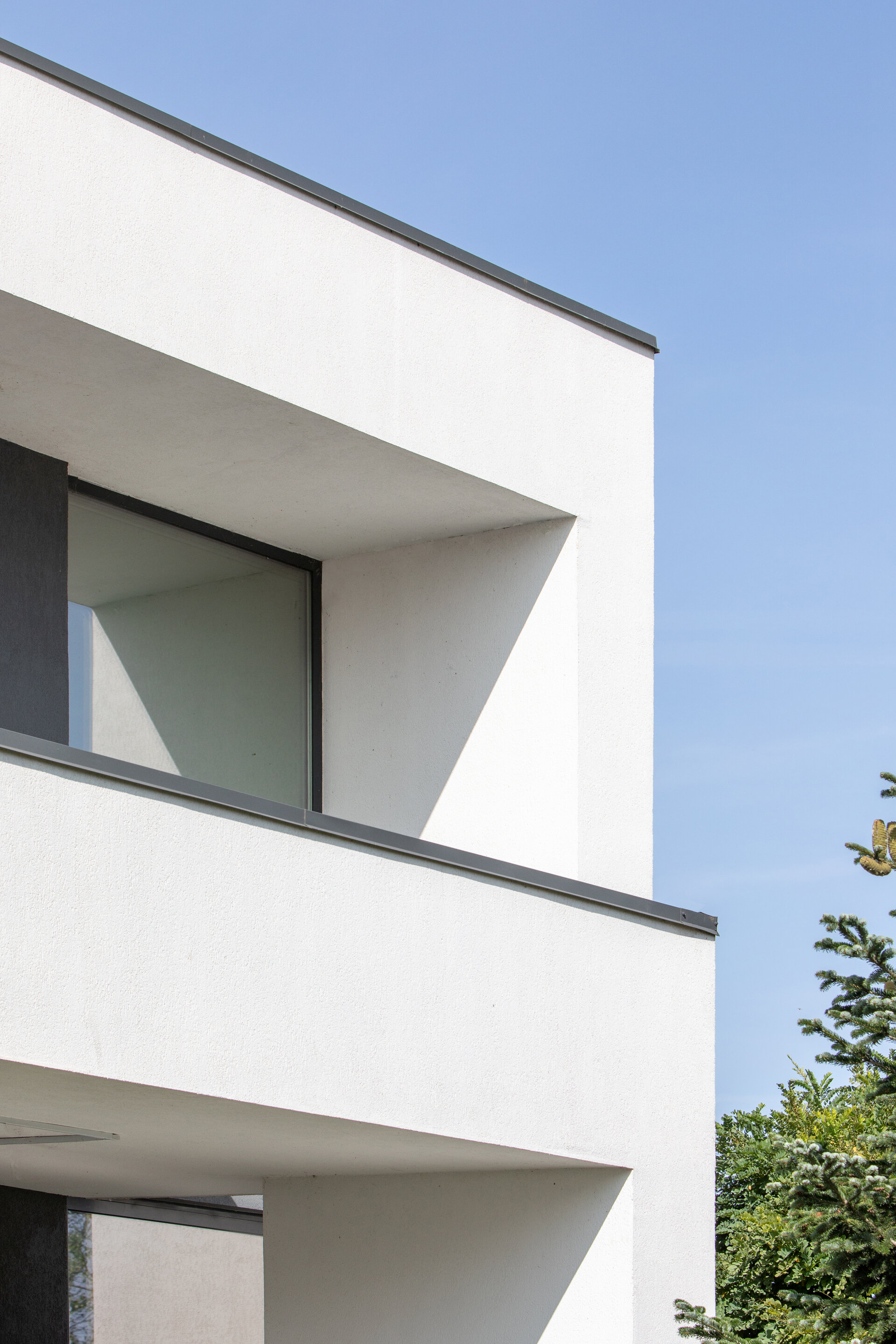 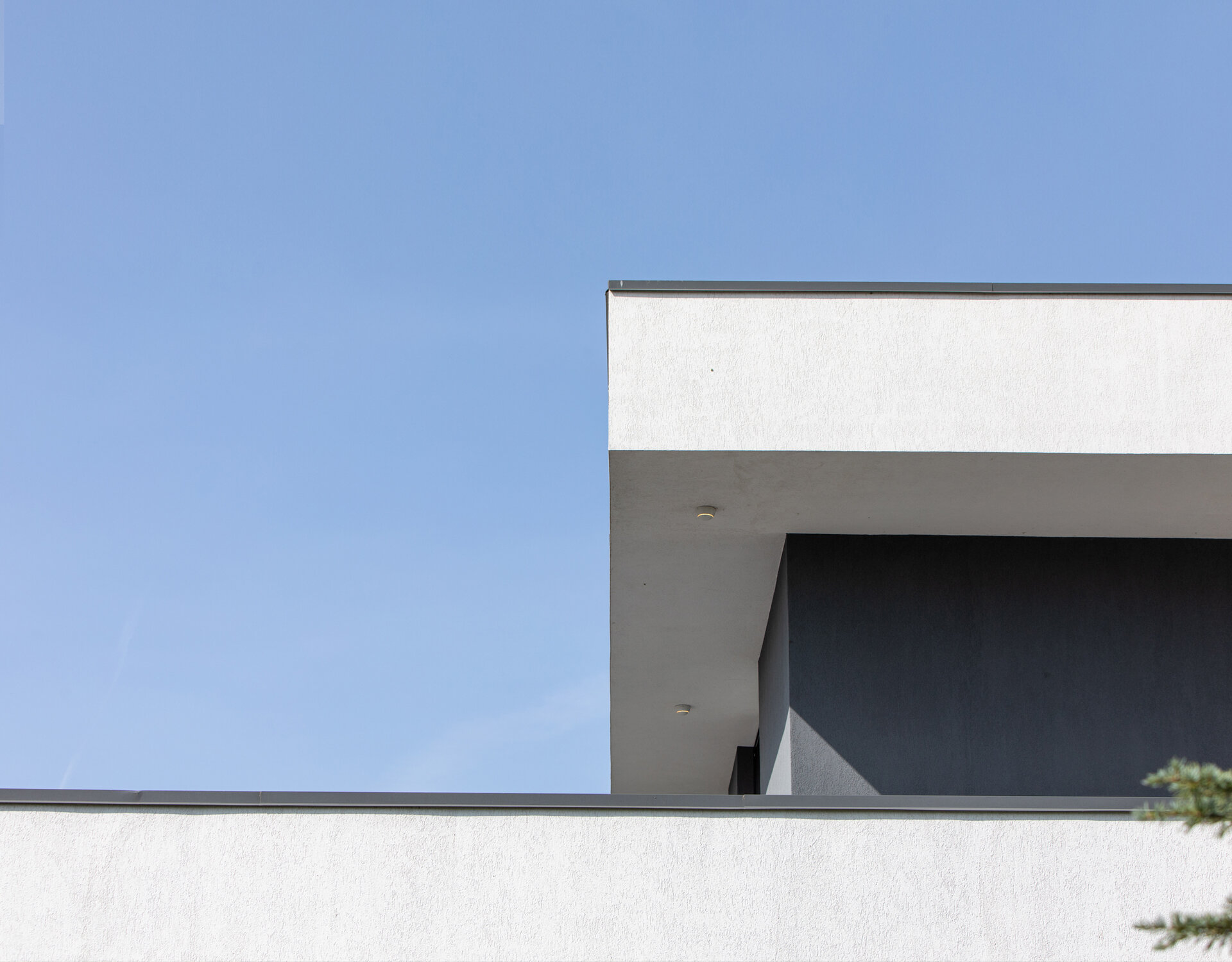 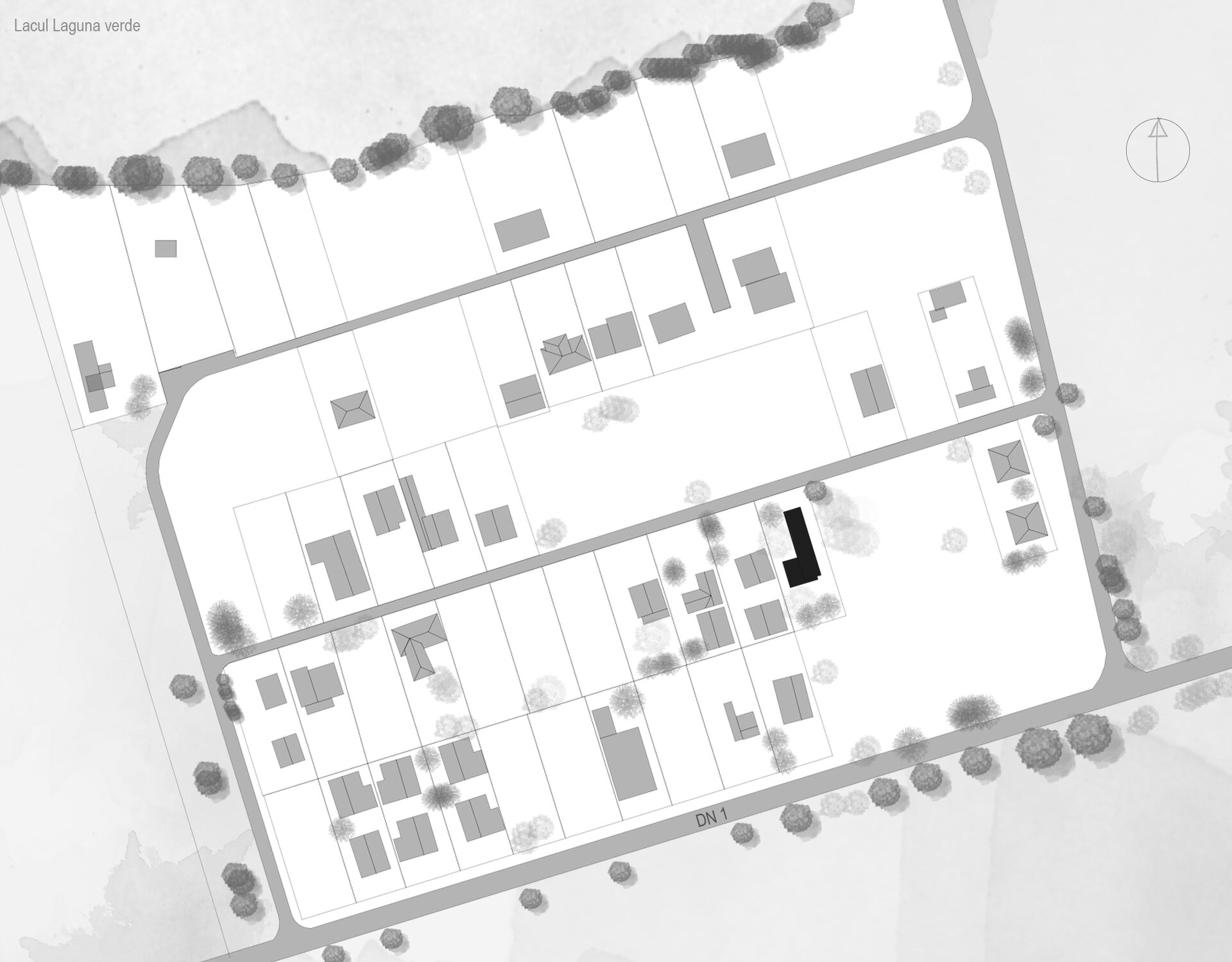 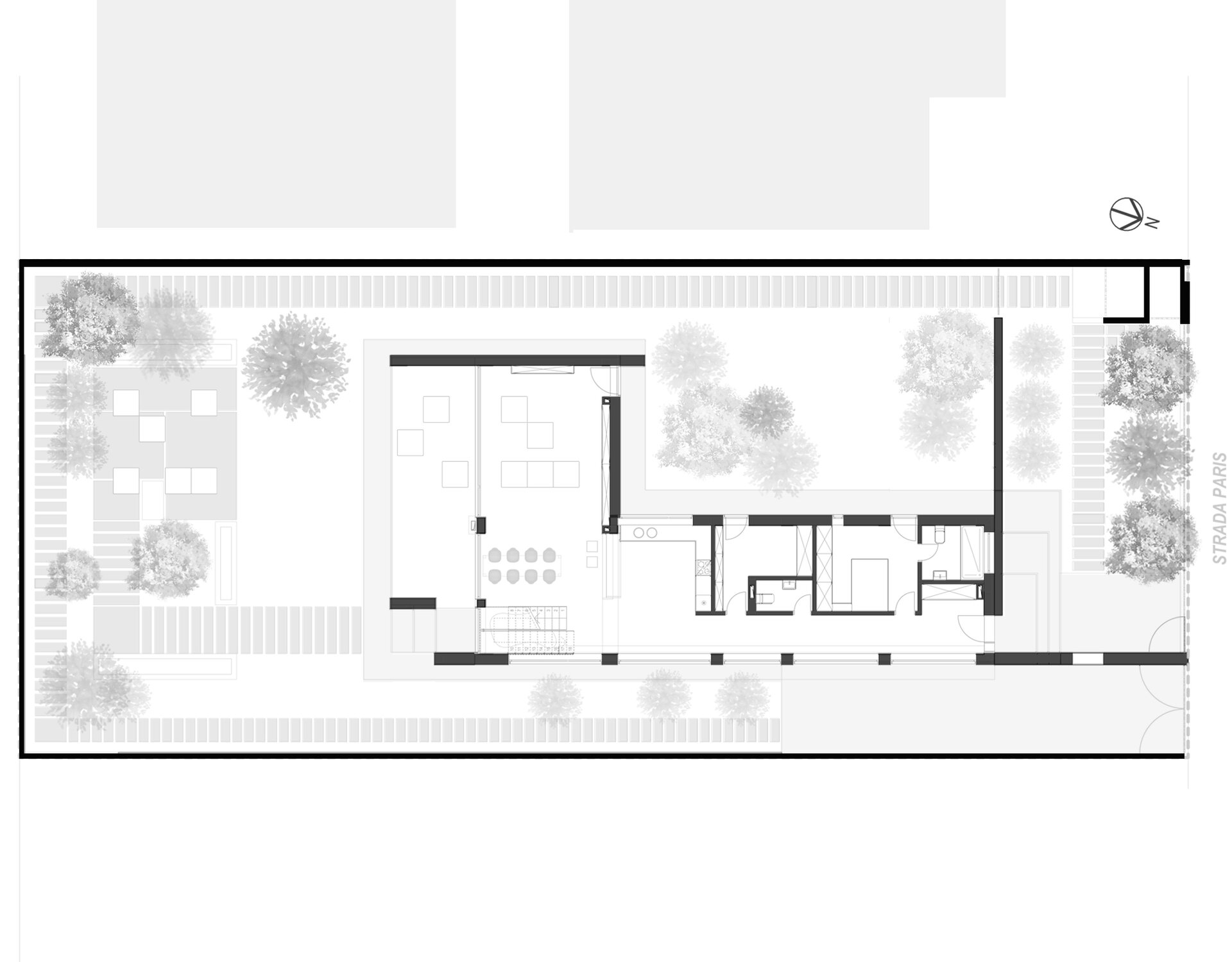 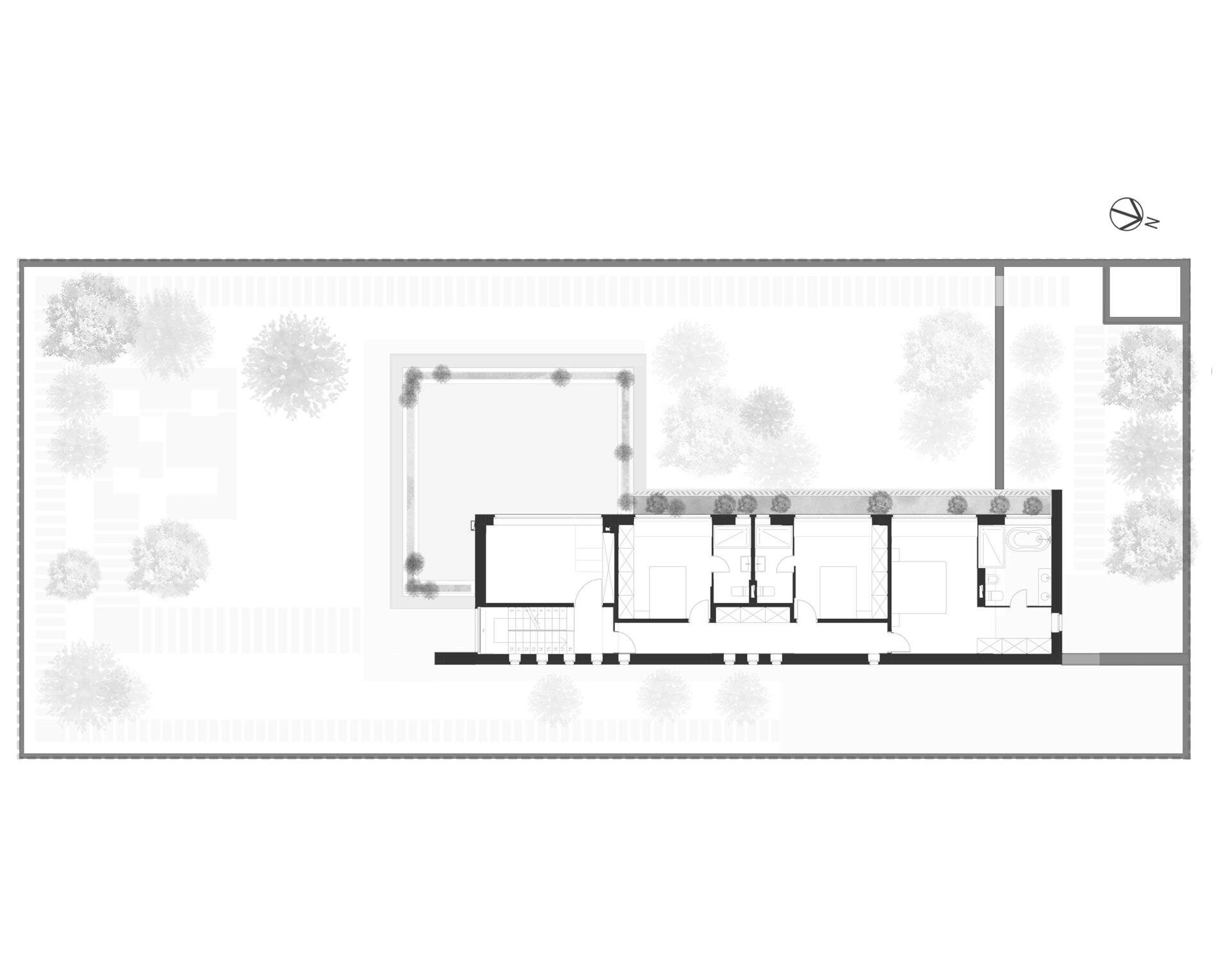 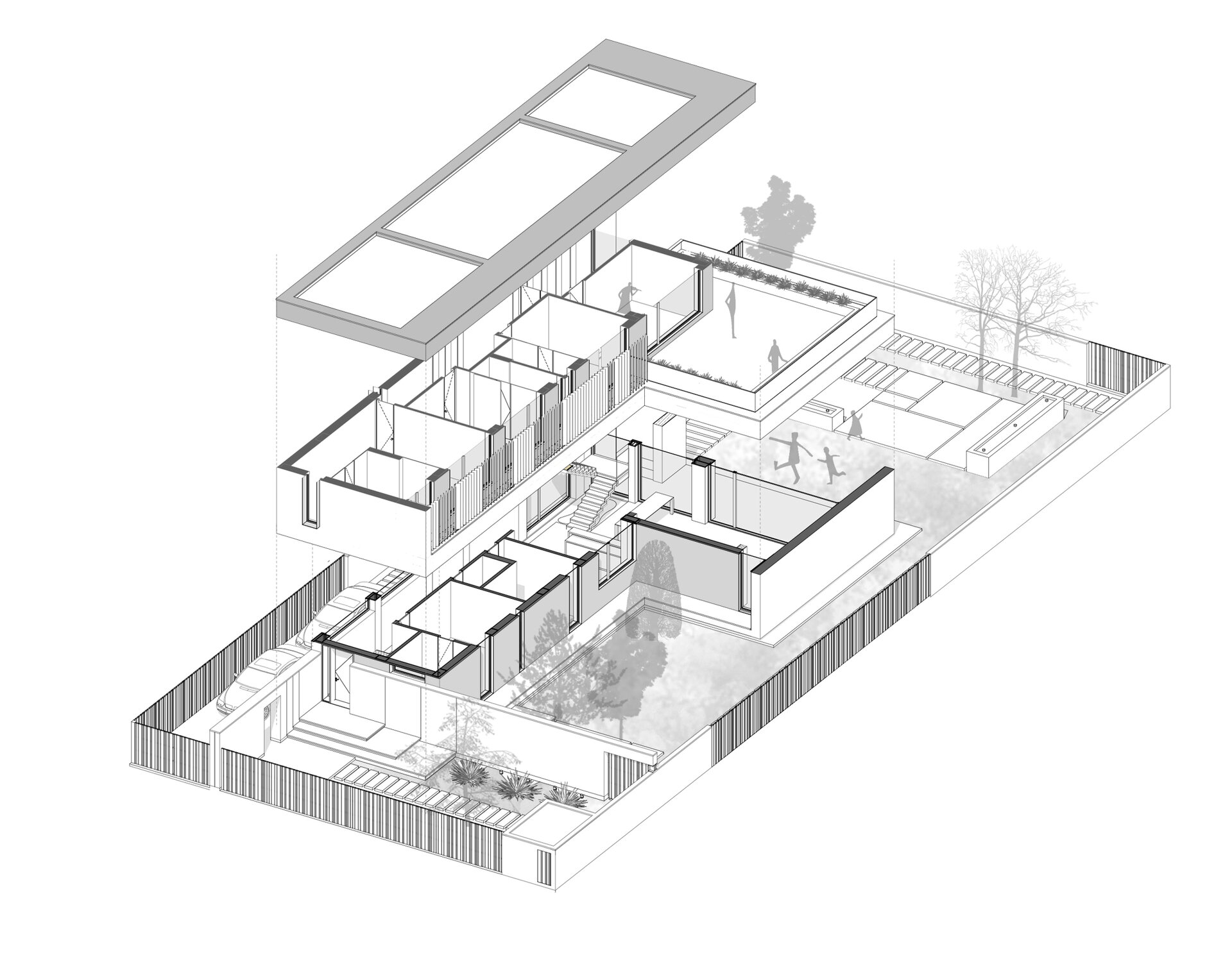 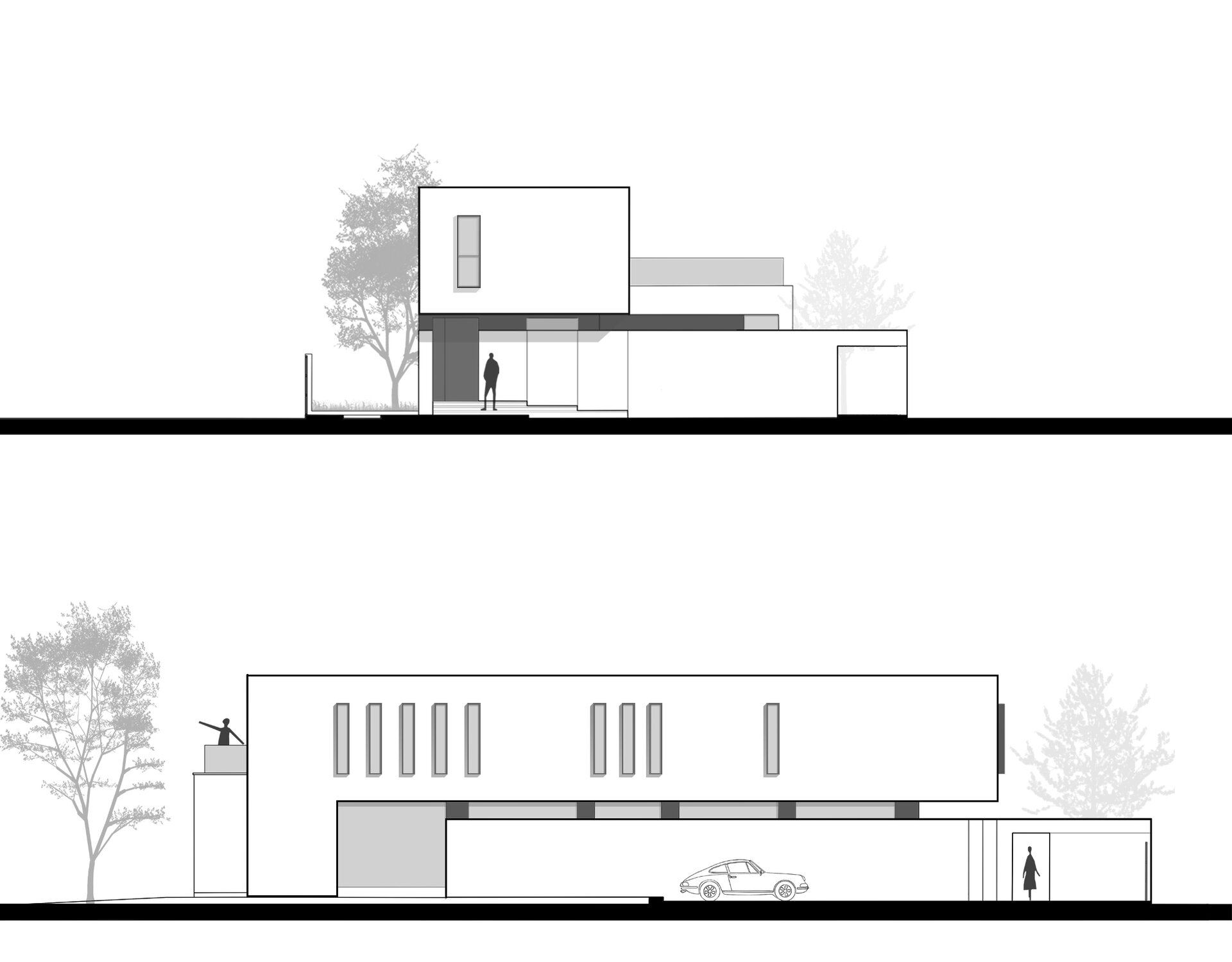