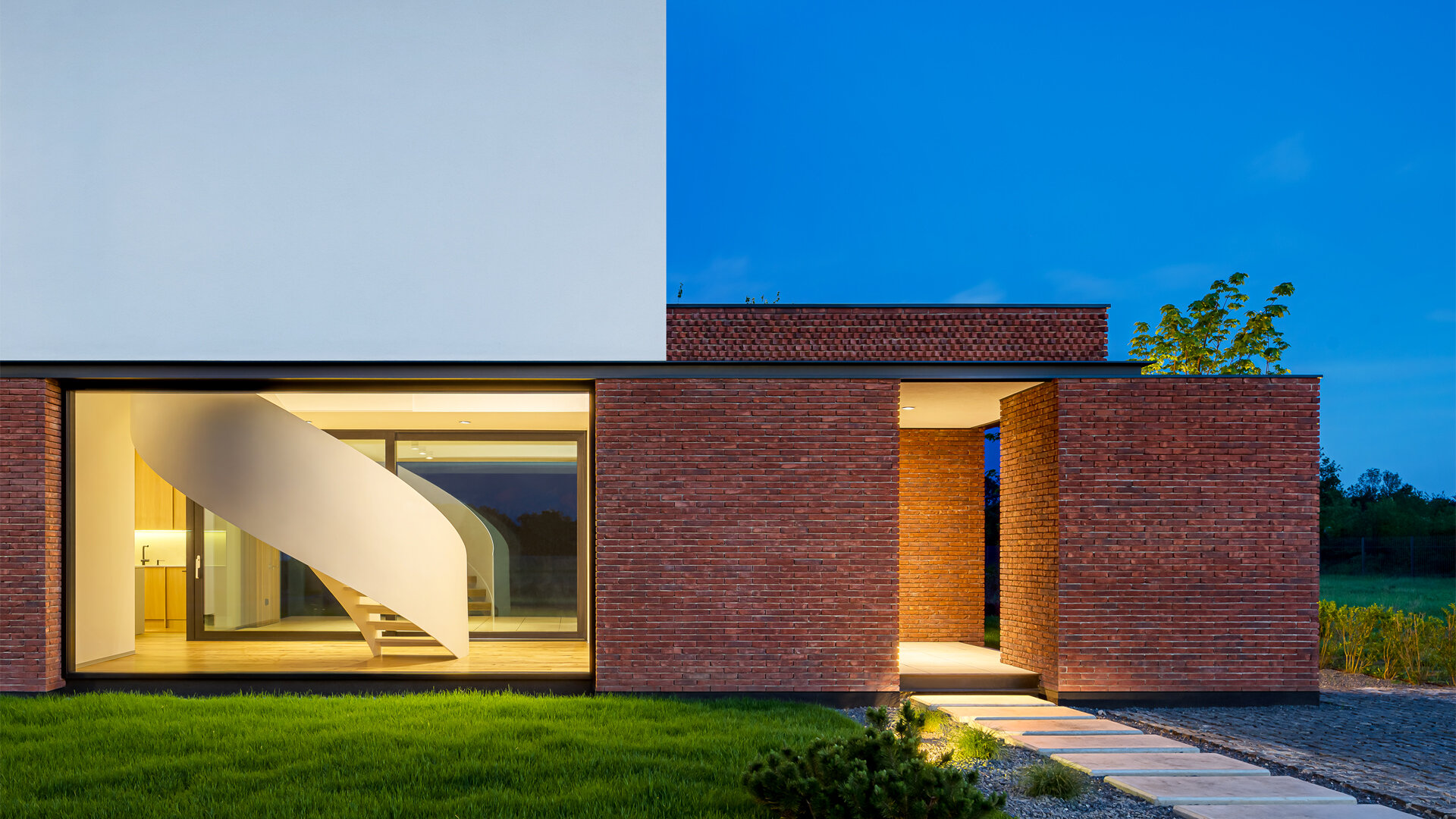 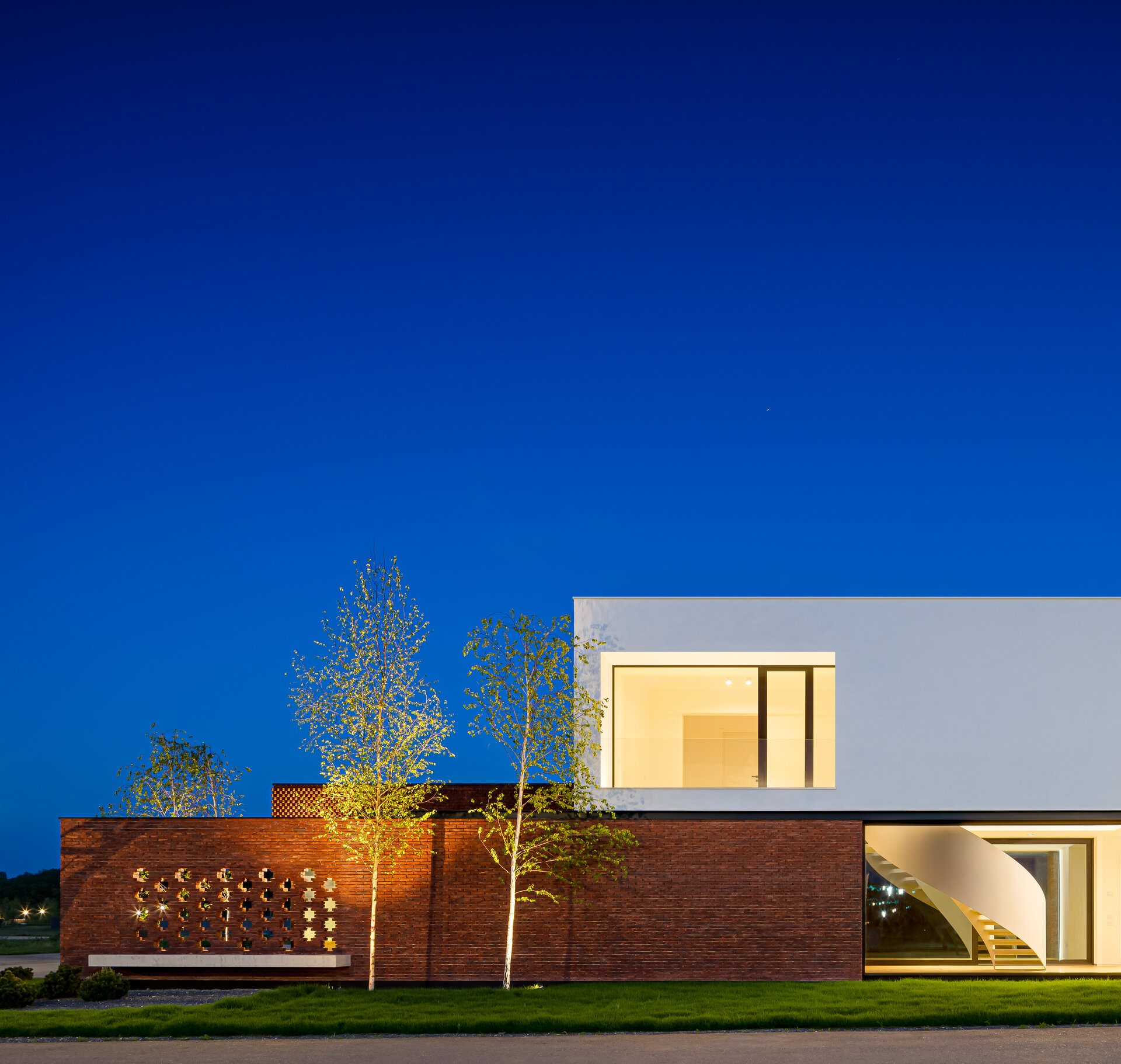 House STUDIO 1408 is located in Dumbrava Vlasiei, an exceptional development in Romania, a wonderful meadow surrounded by the old forest of Vlasia. The shape of the lots, position and orientation generates uniqueness and originality for every unit that’s being built.
Our site, situated on the corner, was a challenging one, with a 6 meter retreat from both streets, quite a narrow buildable area.
The house has a linear composition following the shape and limits of the land, with overlapping volumes treated distinctly: the apparent brick ground floor and the white first floor.
The longitudinal brick wall is the main compositional element of the house. Towards the corner of the property the perforations in the wall inspired by traditional Romanian motifs are underlined by a console bench made of natural stone. The wall supports the length of the land and gives the main façade esthetical stability through measured proportion.
Towards the access area, the longitudinal element is intersected by the transverse axis of the house. This is marked by a glazed space on two opposite sides that “interrupts” the brick wall, making the boundary between the interior space and nature disappear.
This glazed space highlights the sculptural element of the house, the semicircular staircase to the first floor. Right next to it, the loggia, an "outside room" of a comfortable size, allows the residents to enjoy the outdoors regardless of the season.
The white first floor, light, the Nest, floats above the loggia and appears suspended over the heavy brick wall. The transition to the upper volume is made by elements of detail, withdrawn from the plane of the main façade, expressed by the angled arrangement of the bricks, resulting in a crown over the ground floor.
The first floor comprises the night area, consisting of 3 bedrooms and two bathrooms.
The interior spaces, although not large, seem open to the outside by the generous glazing, placed with intent towards outstanding landscapes. 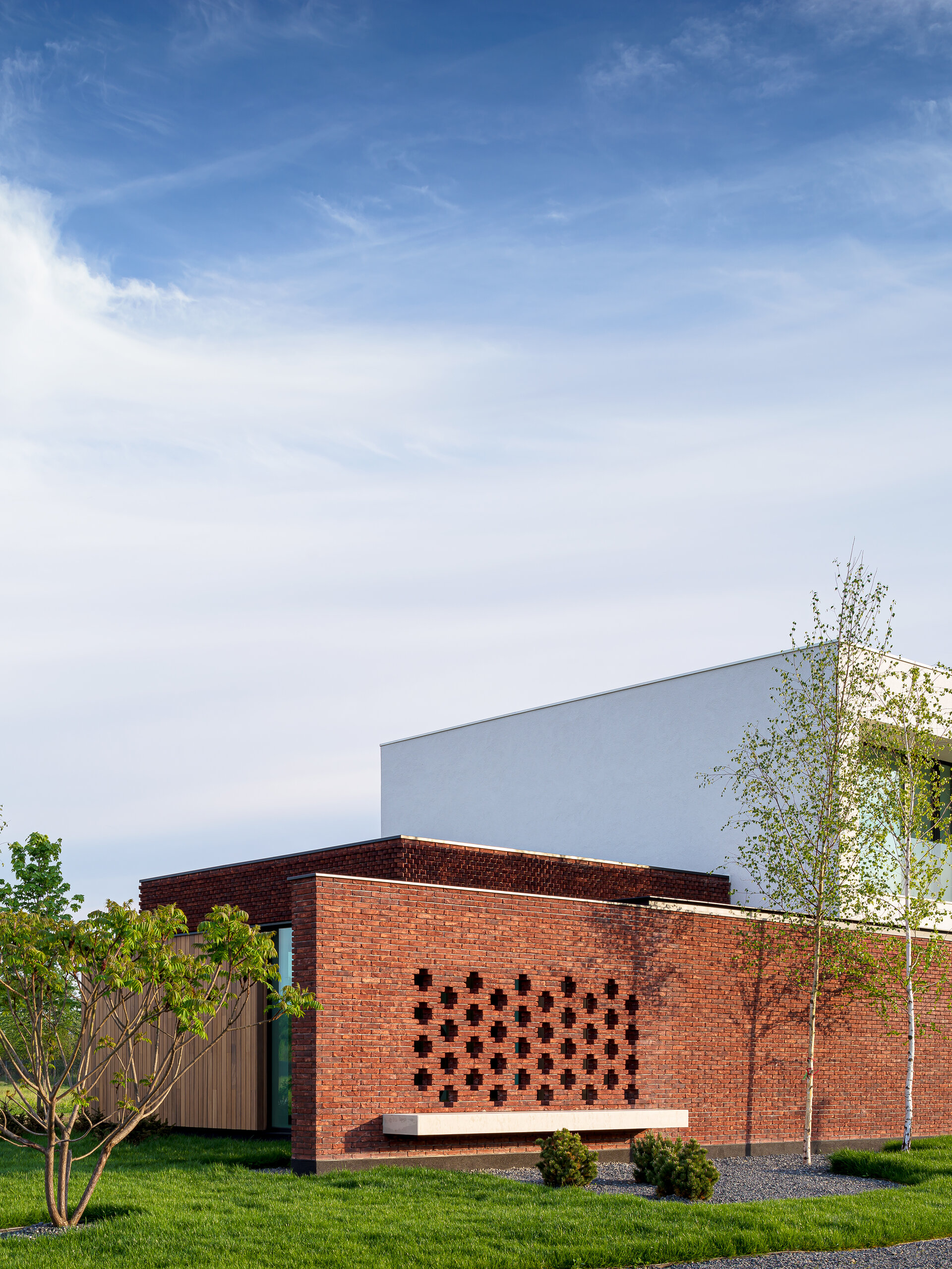 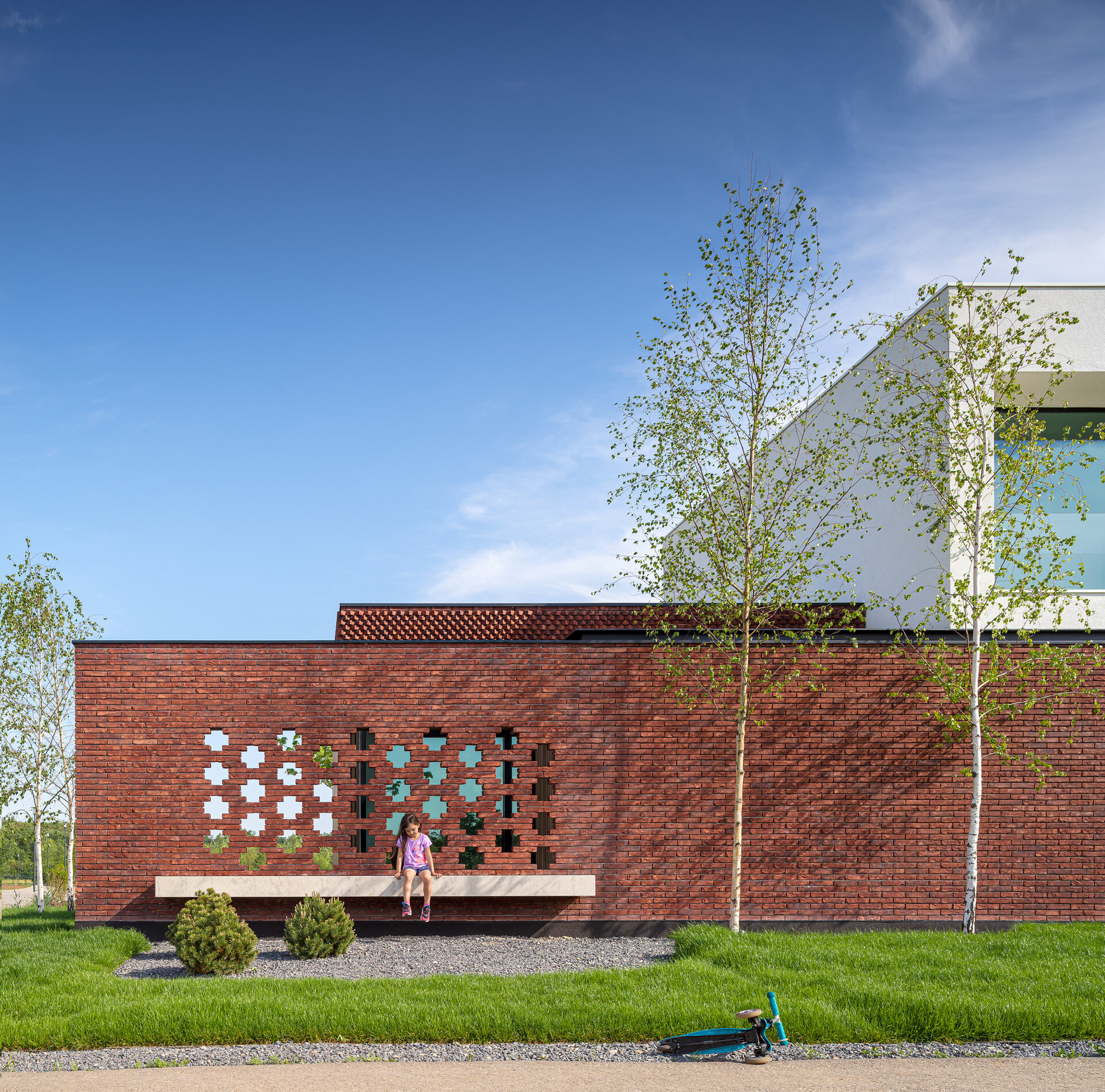 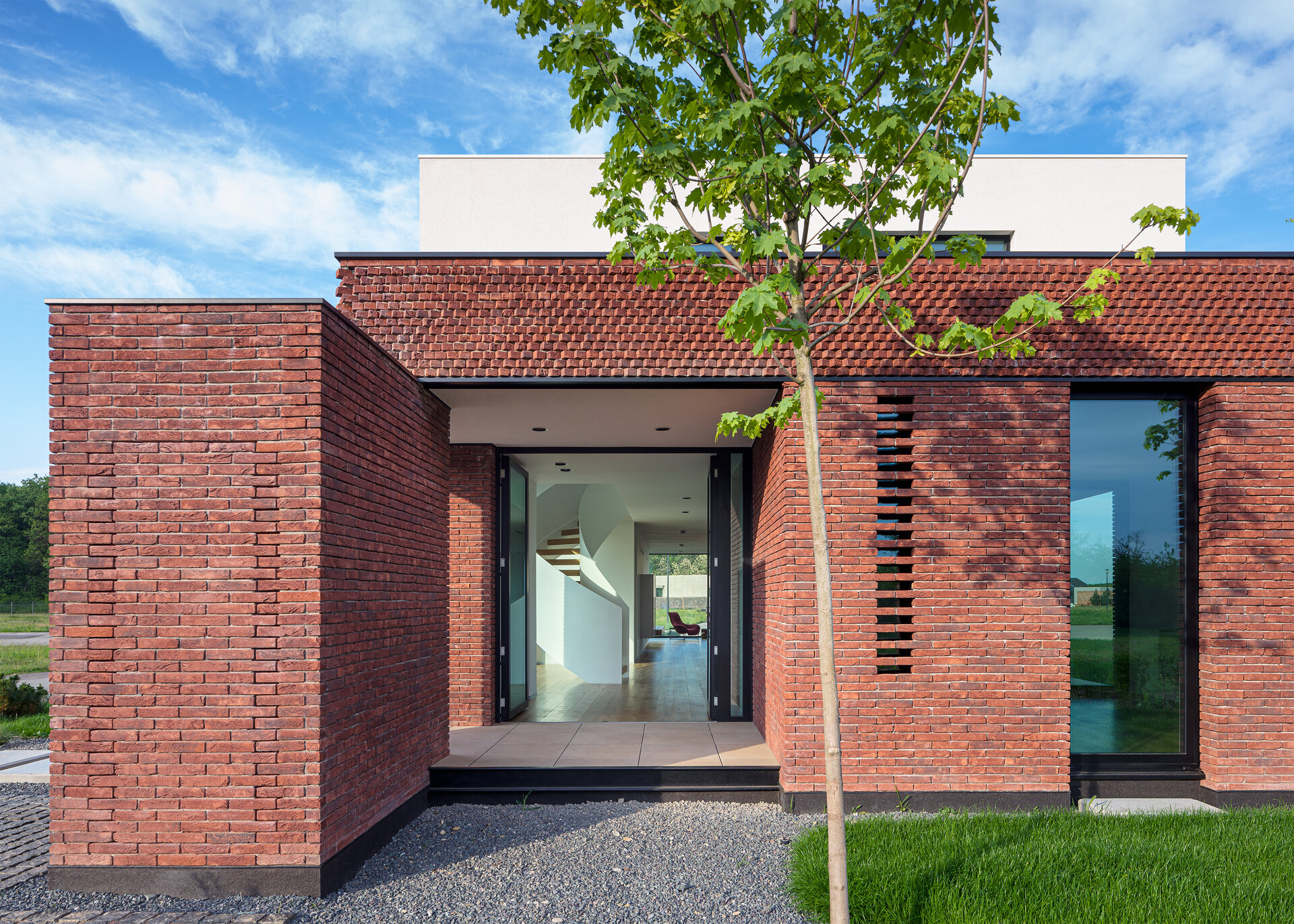 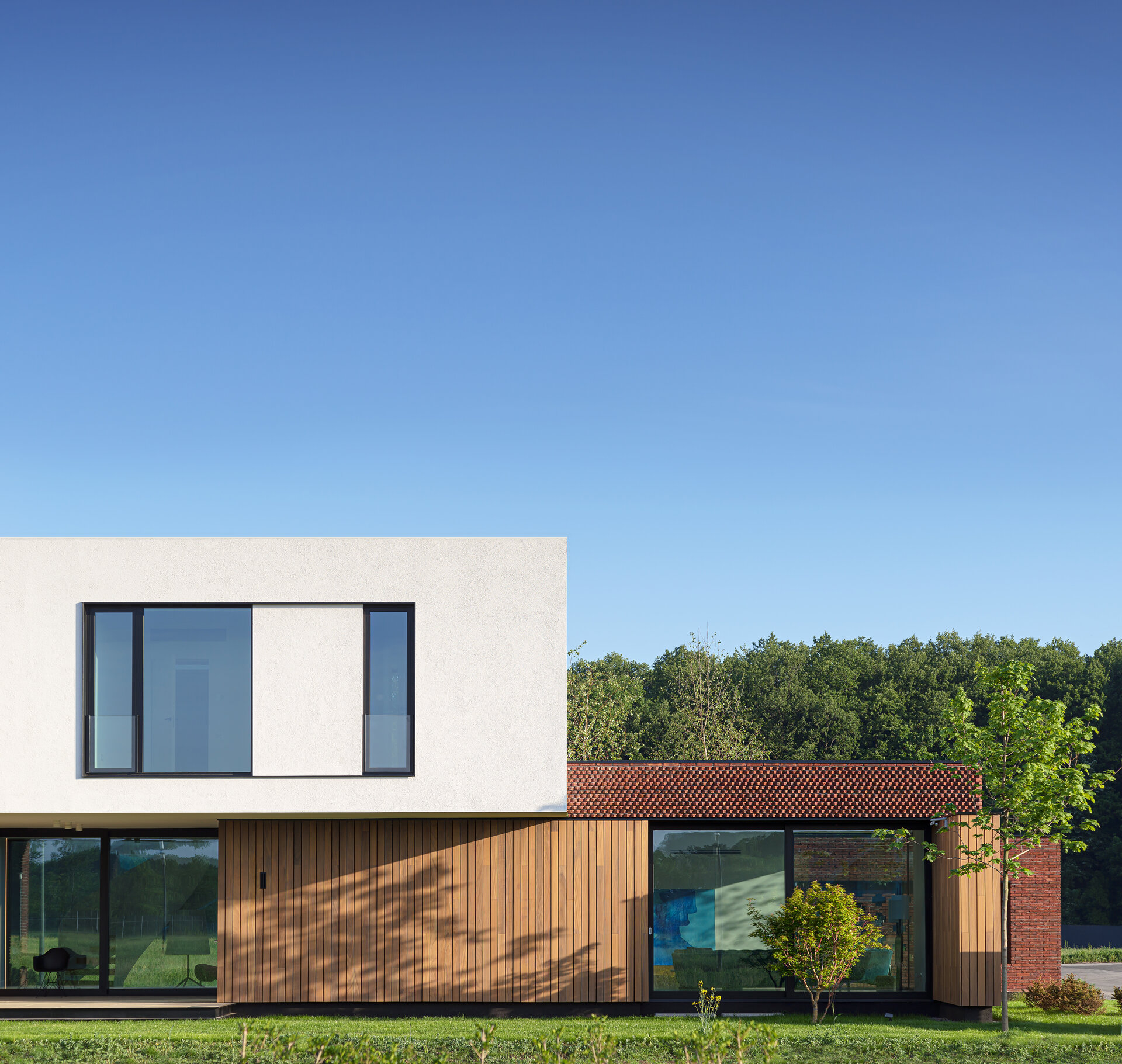 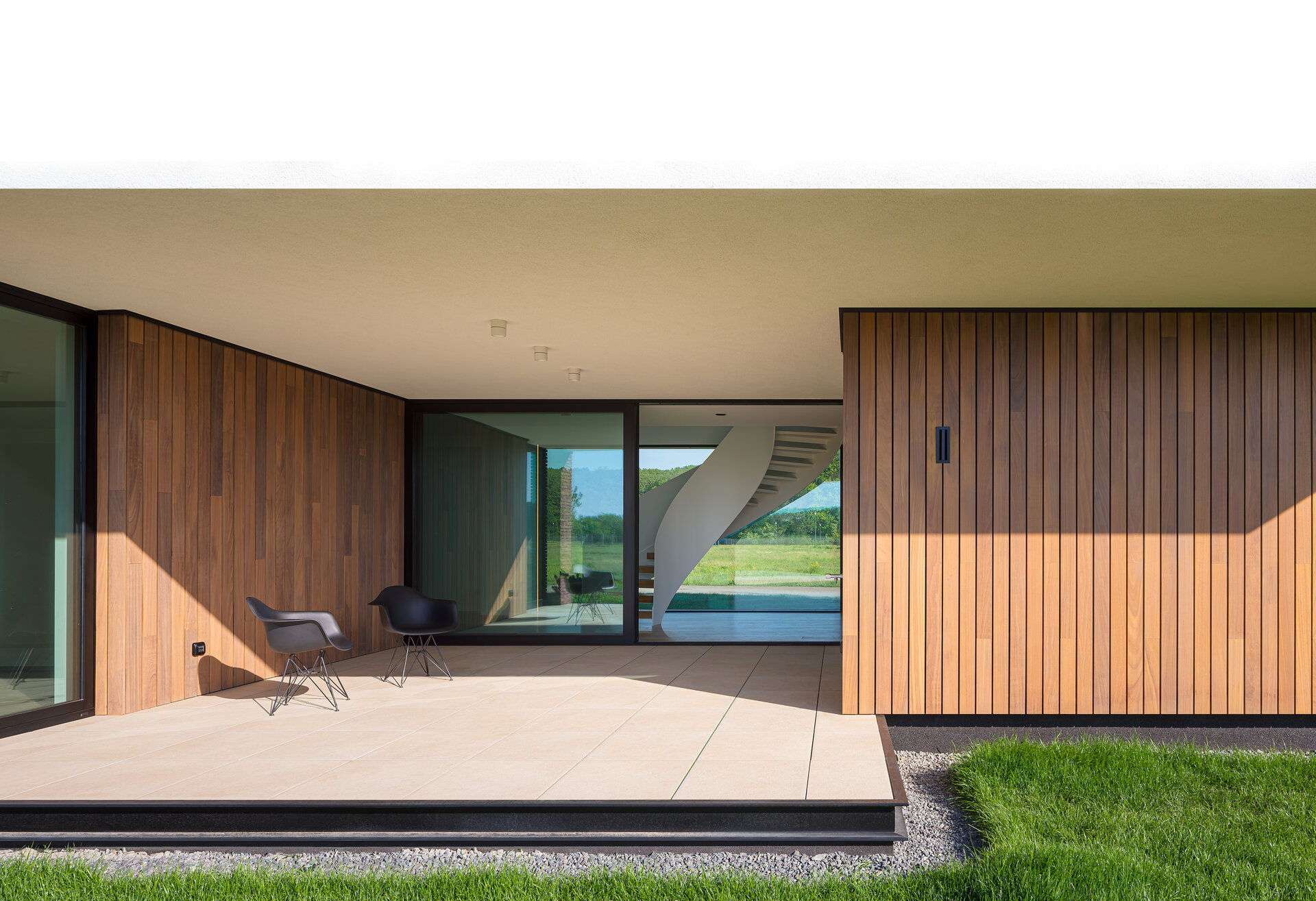 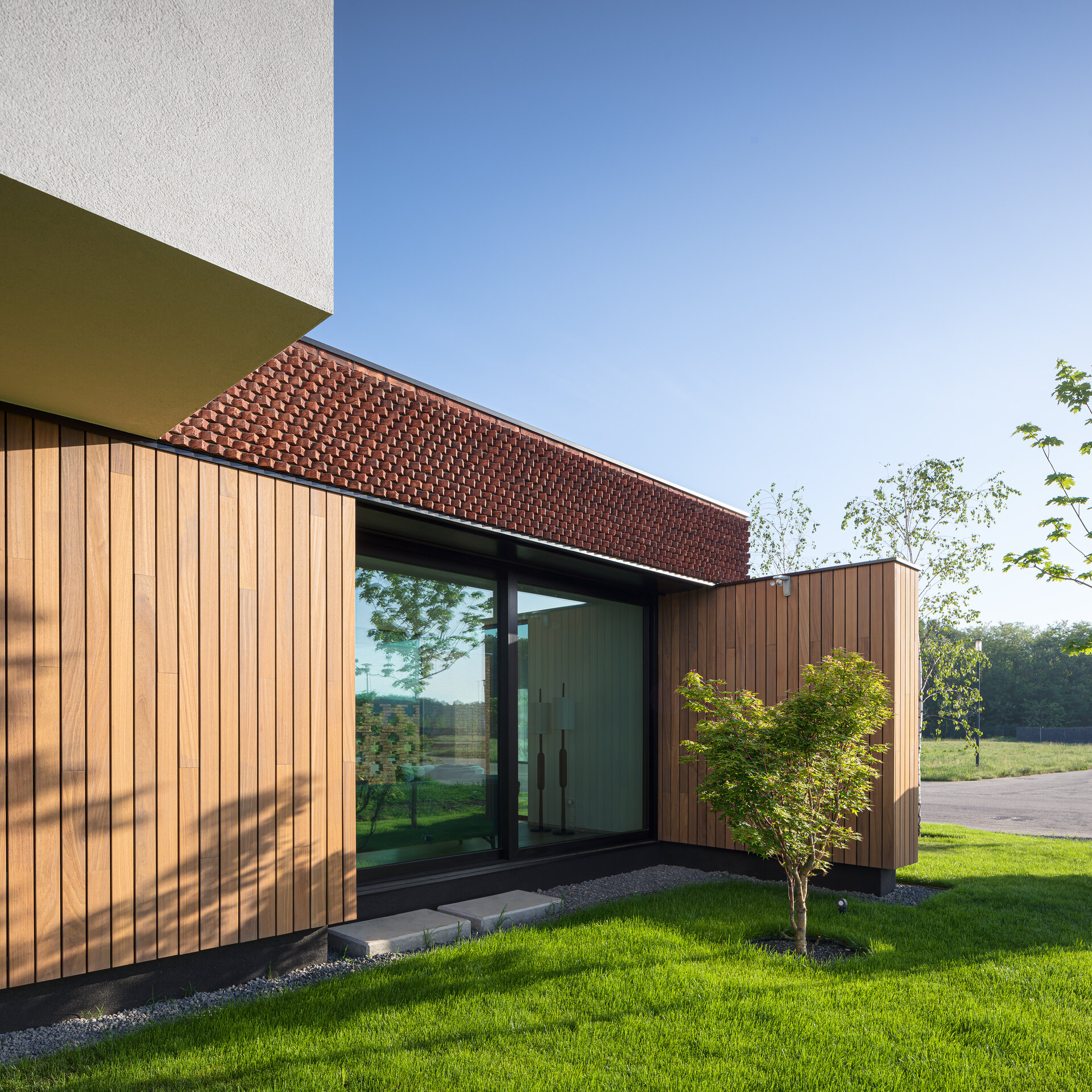 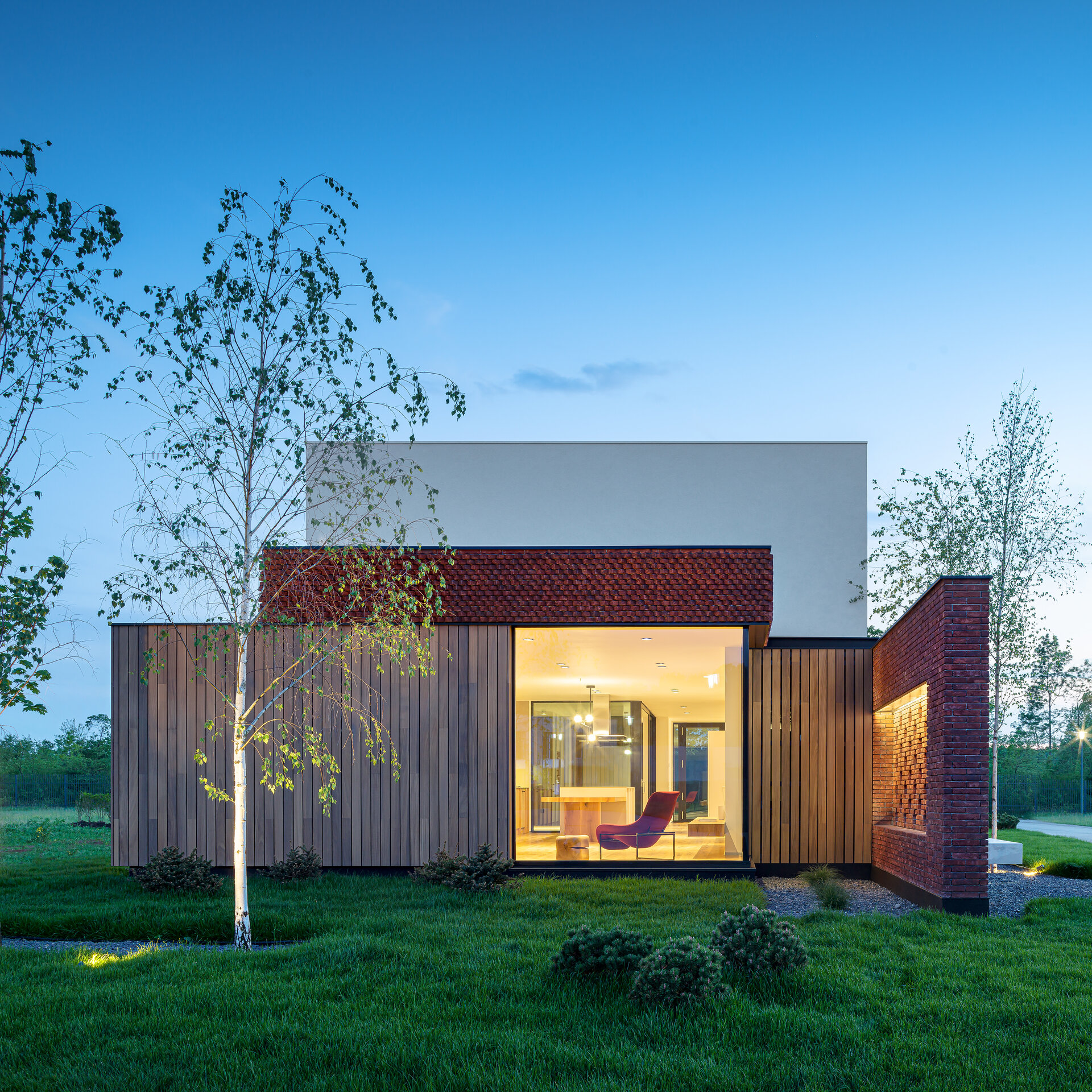 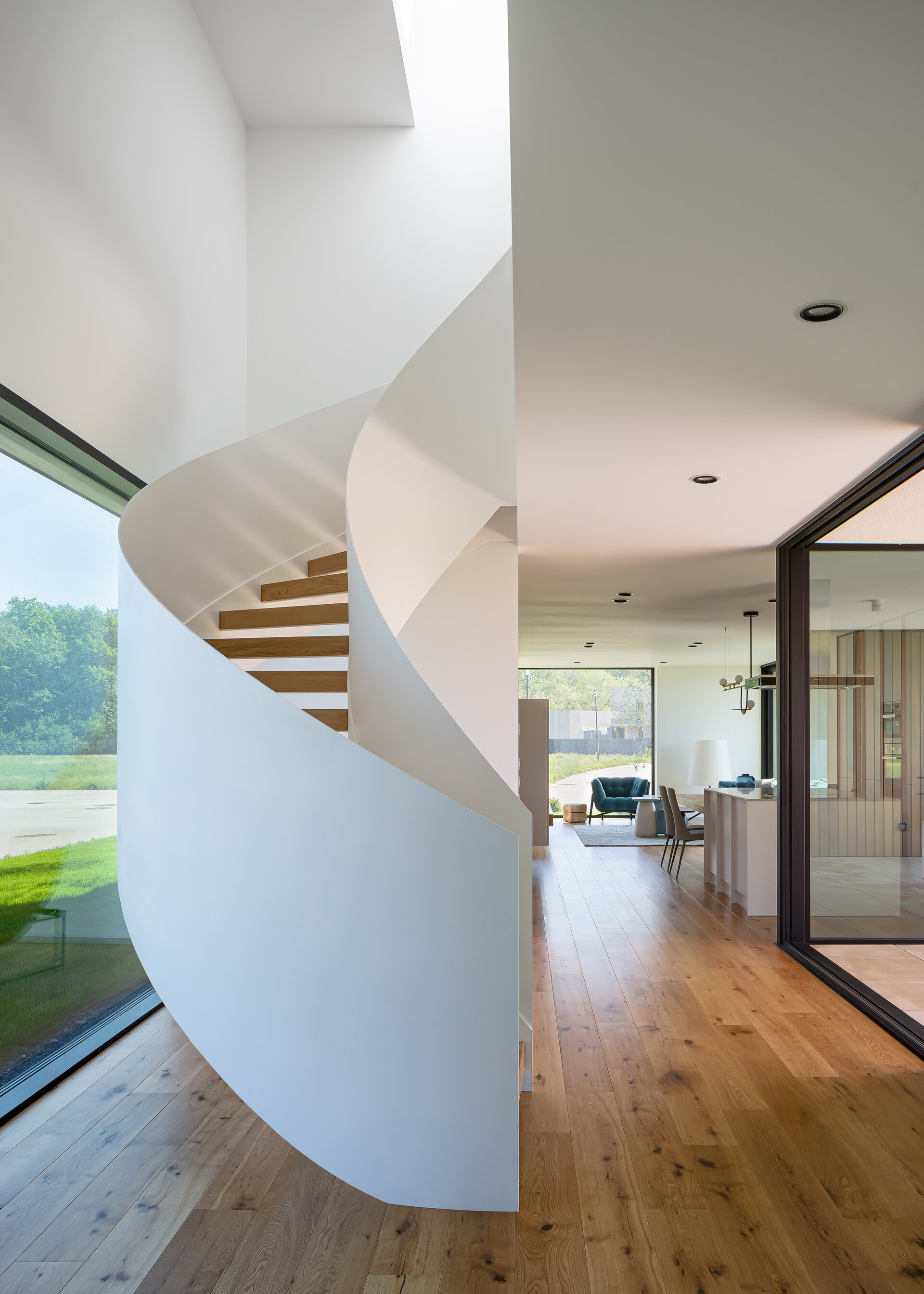 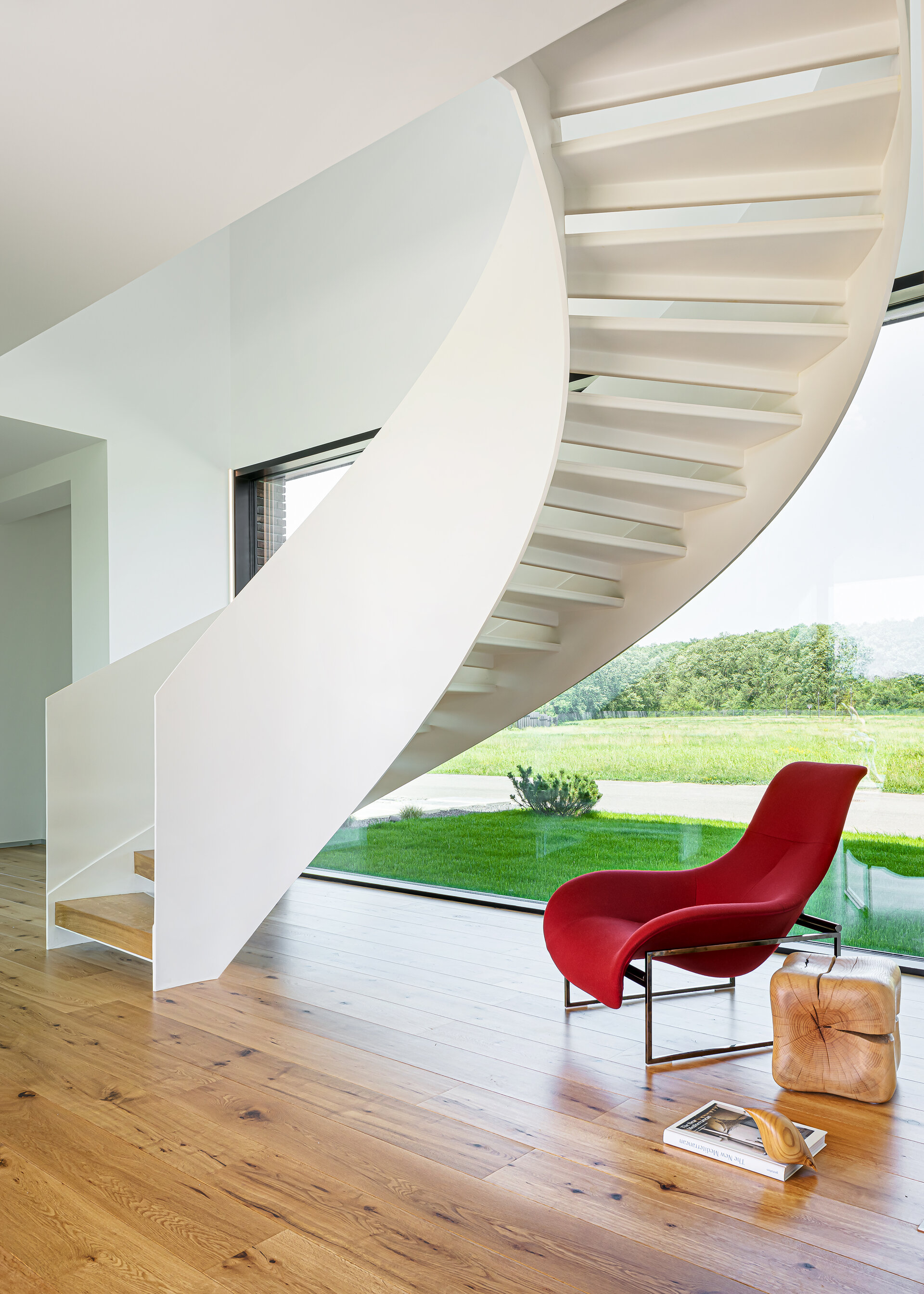 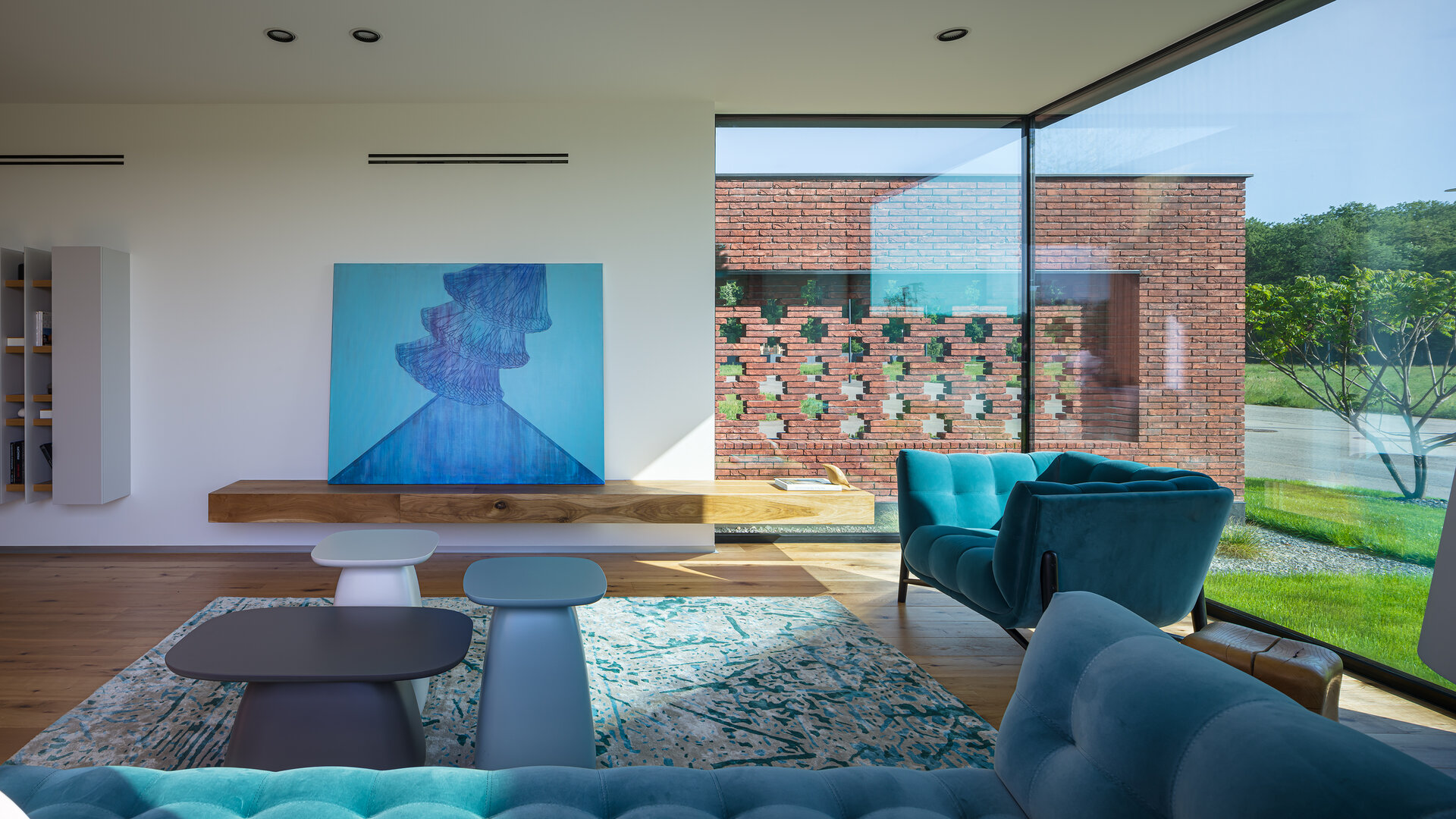 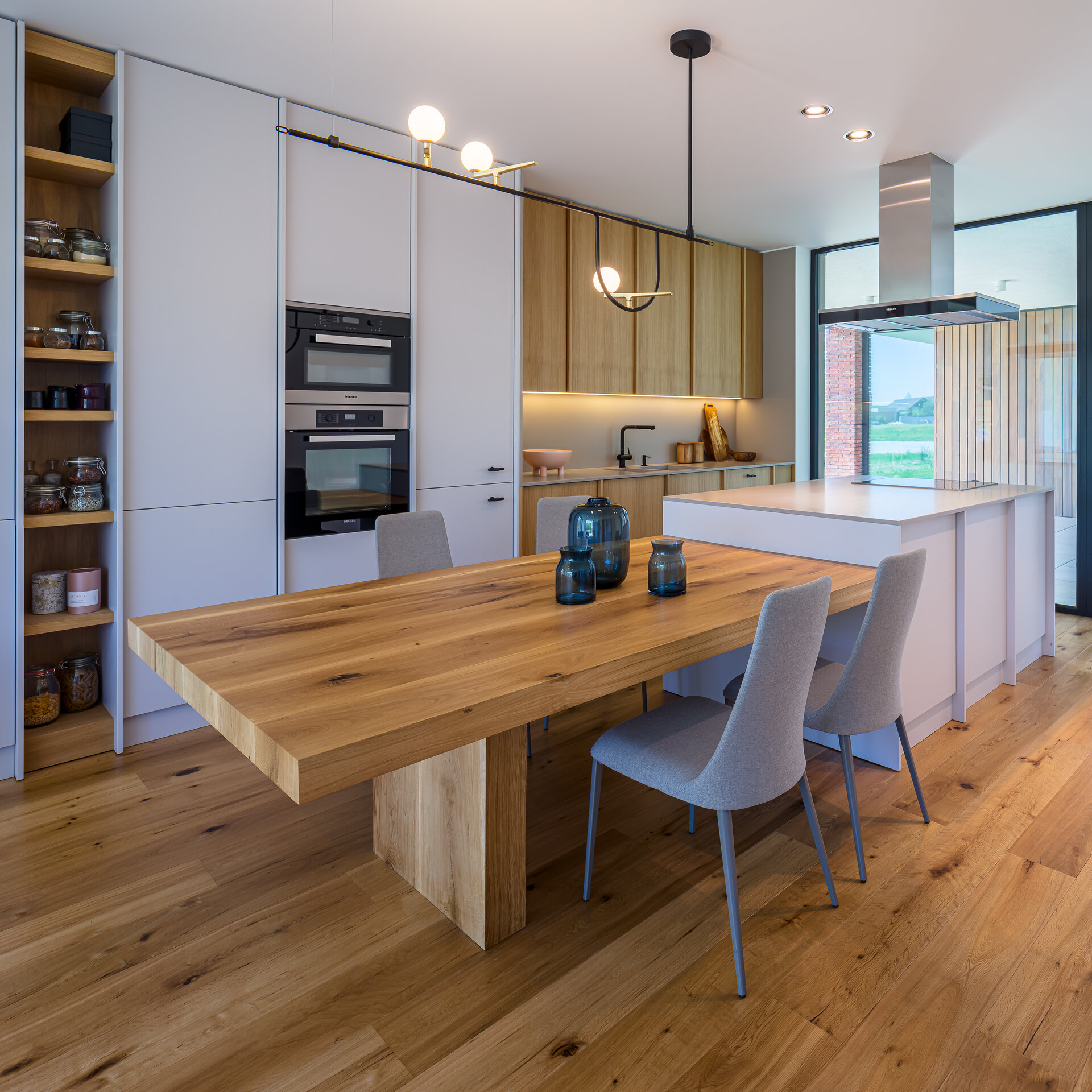 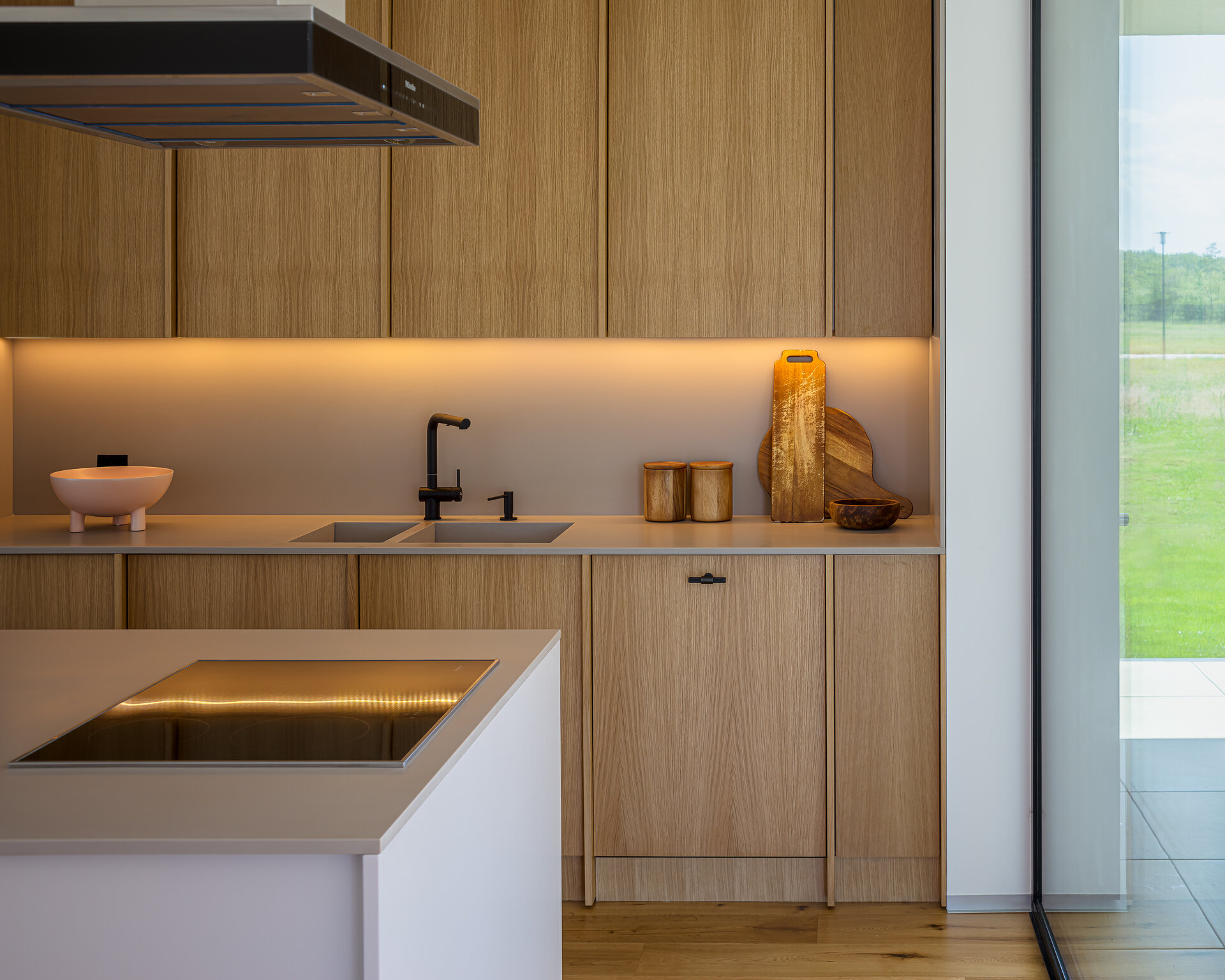 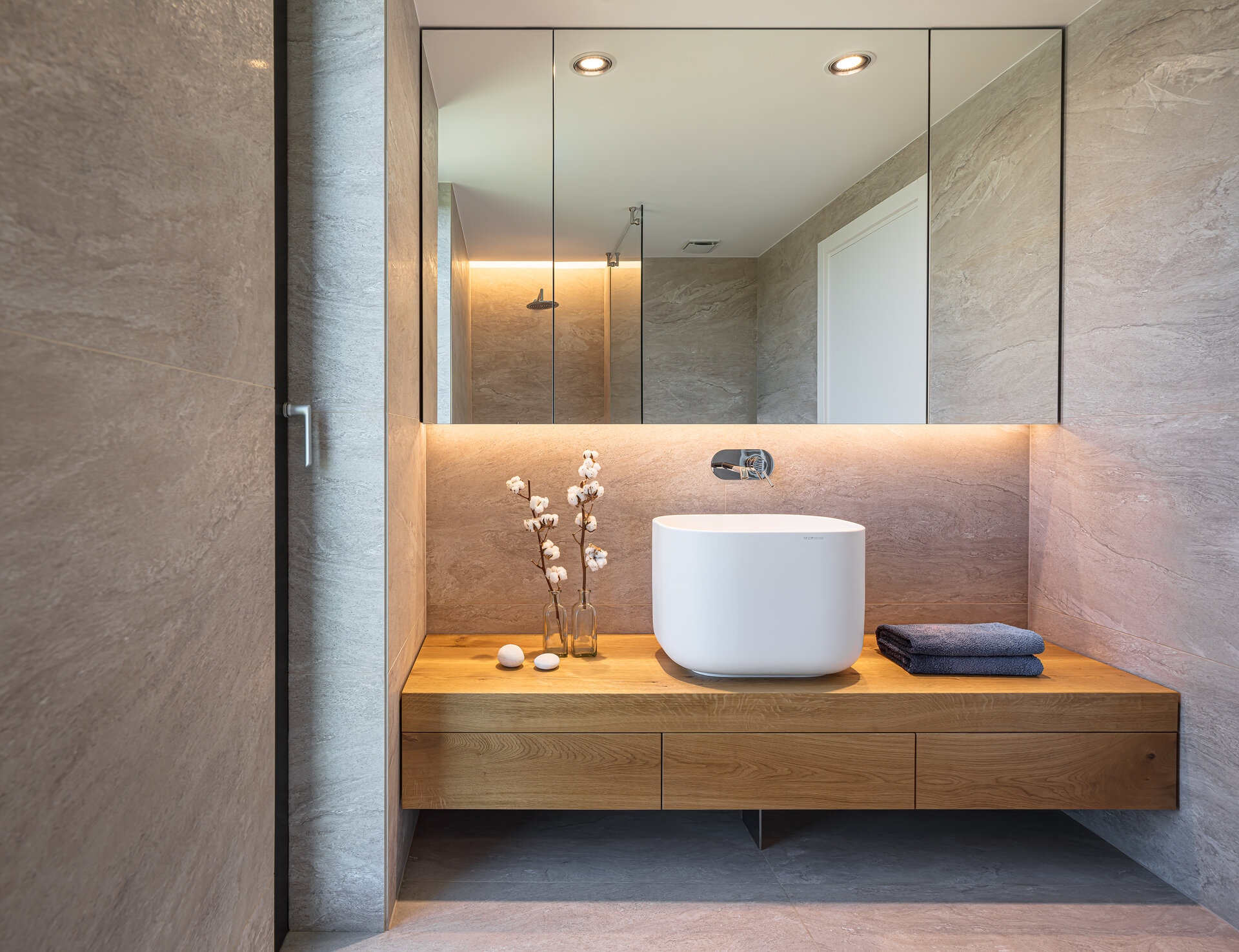 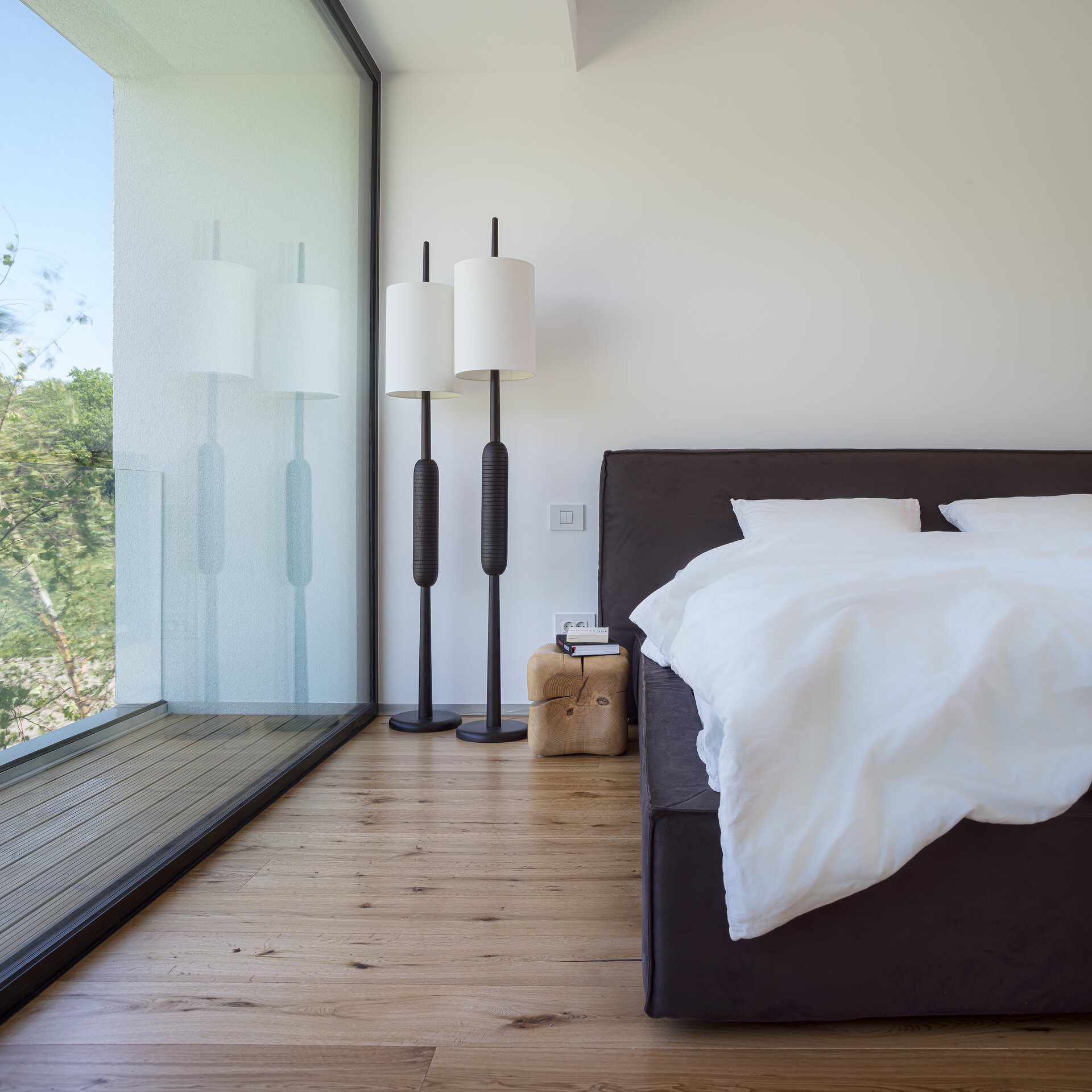 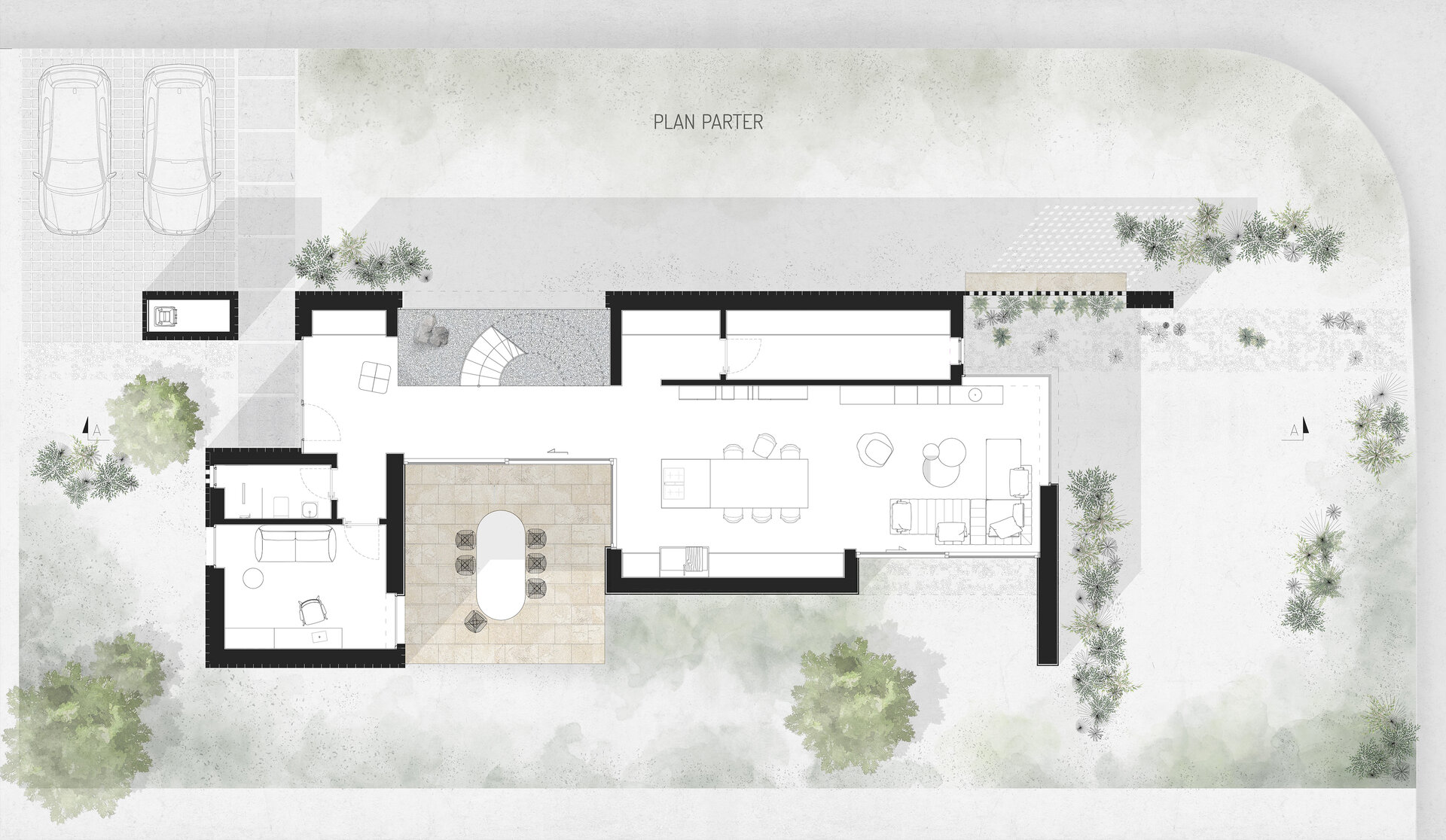 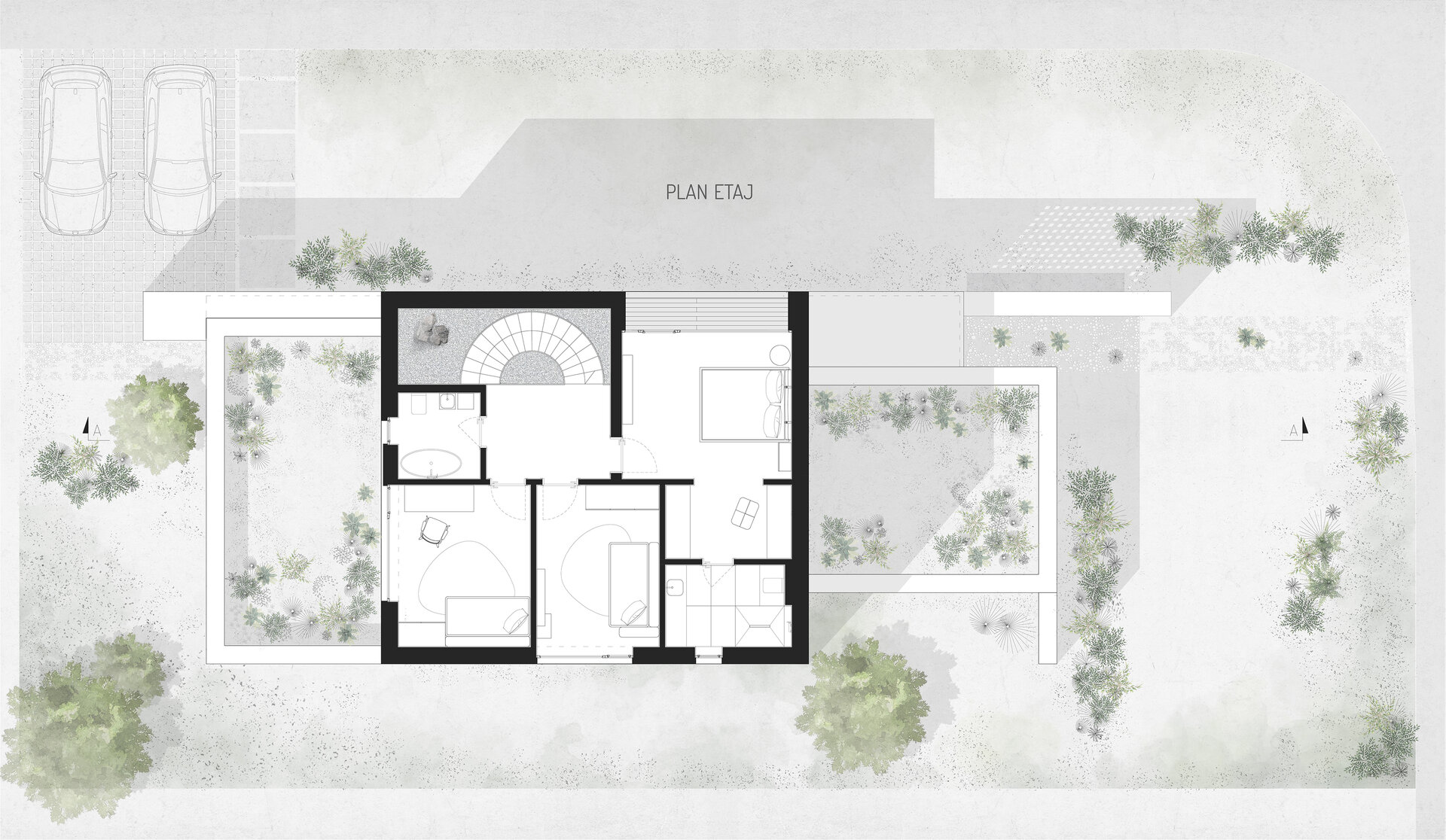 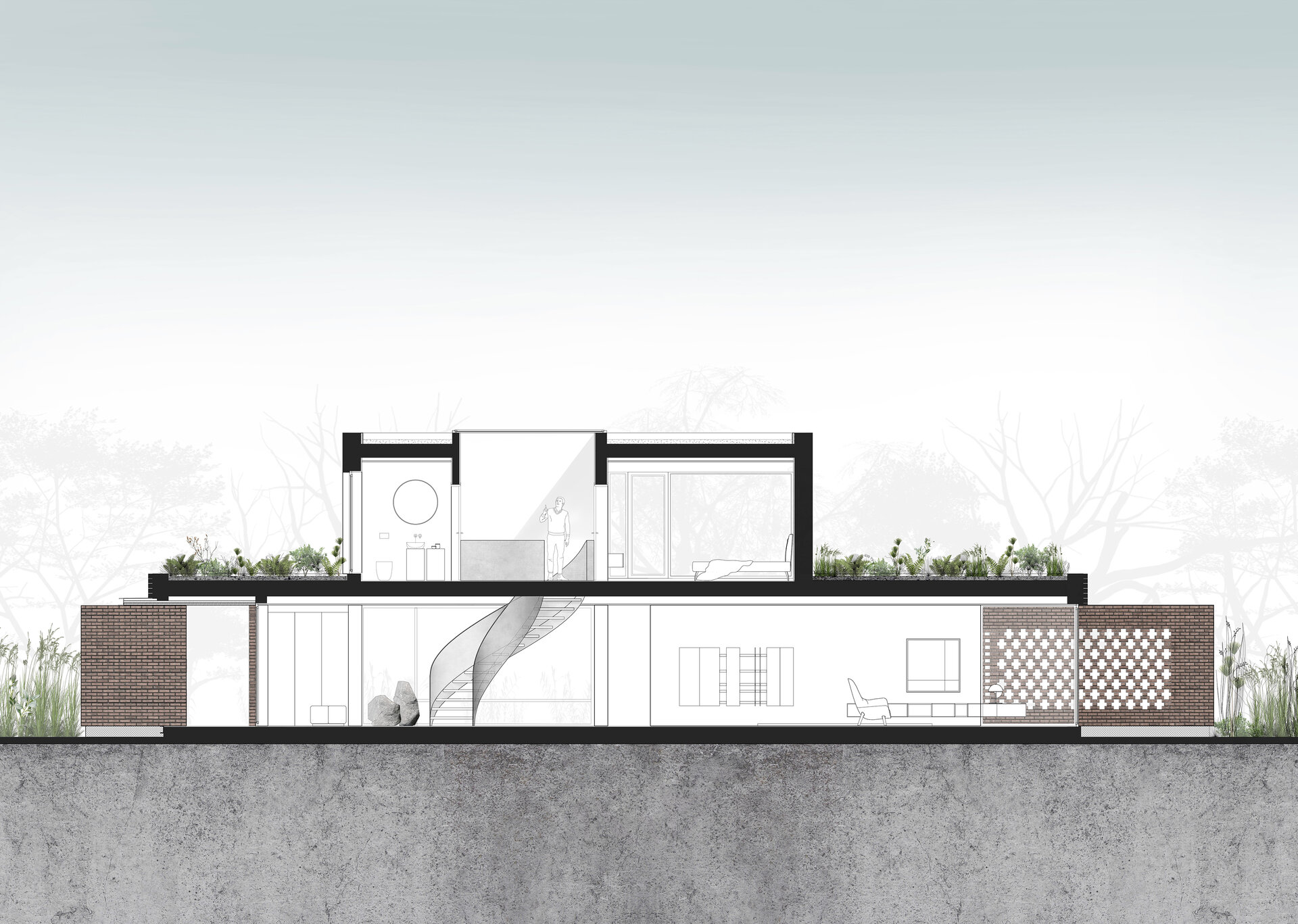