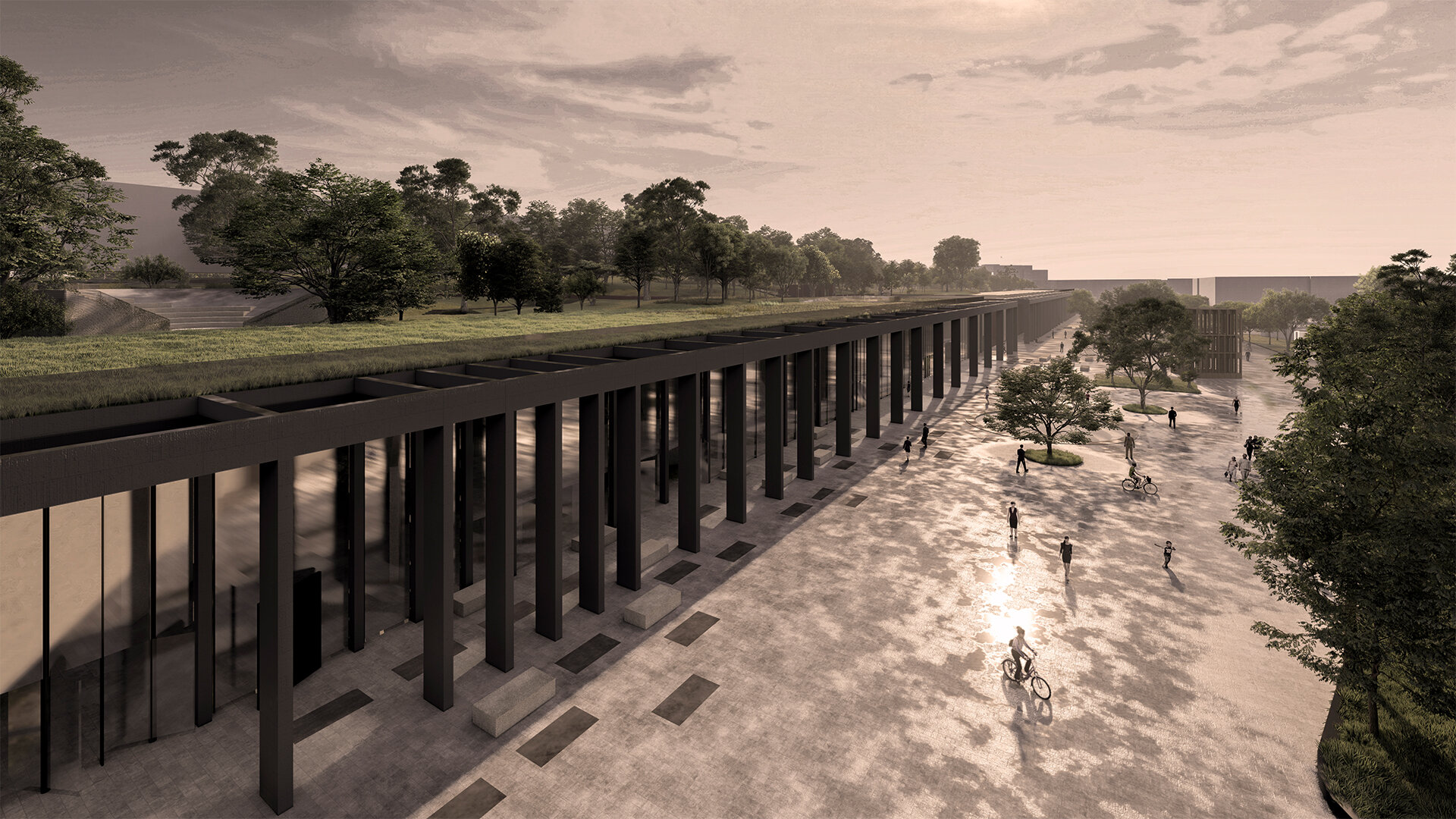 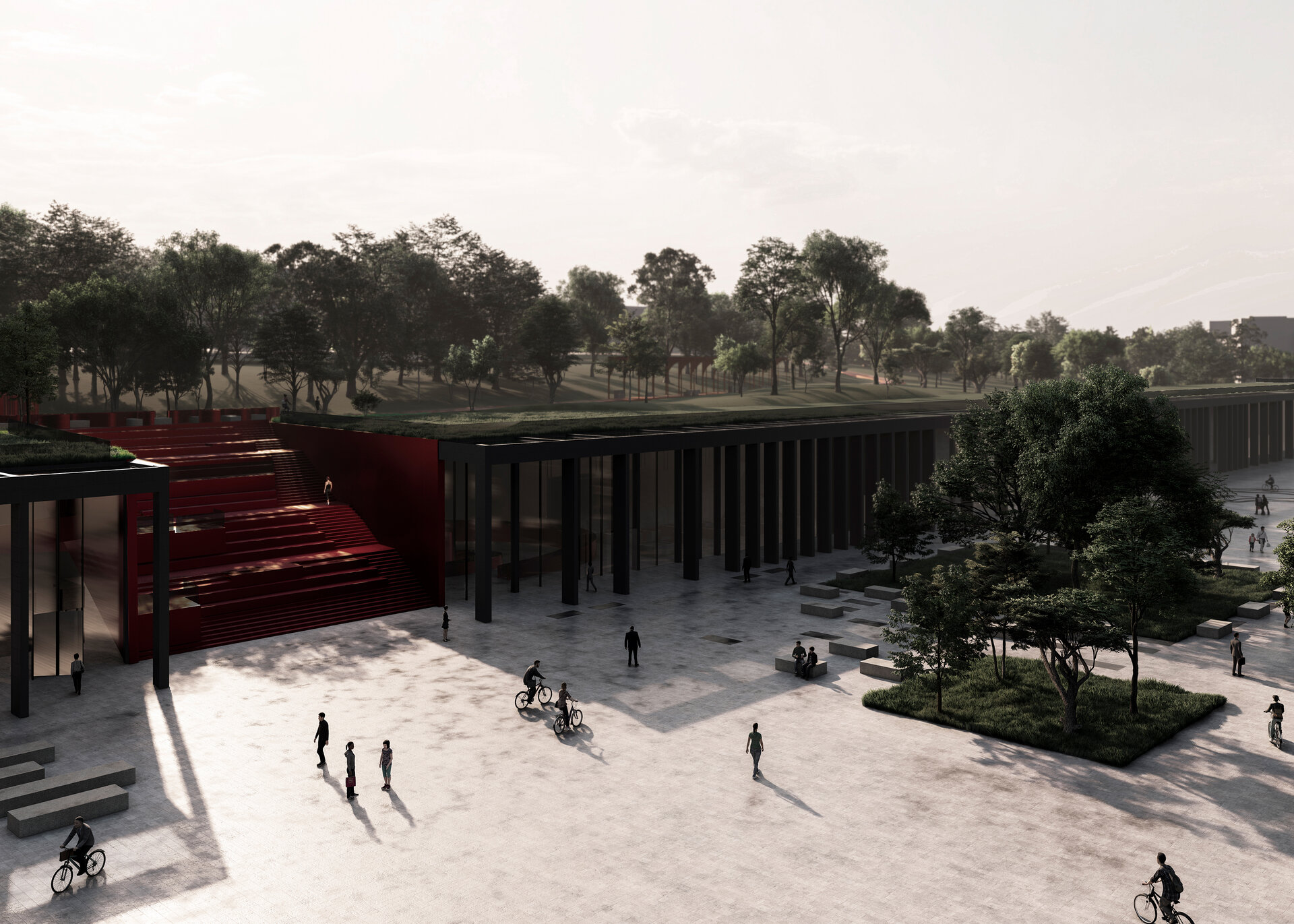 “Walk through Walls” is a project whose key words are memory, perception and identity, which aims to explore an architecture that can communicate through sensorial moments the history of the Jewish community from Iași.
Starting from the landmarks of architectural theory and philosophy, historical documentation and field observation, the project draws an innovative model of space by creating an analogy and an interdependence between the two functions of the building: the museum and the theatre. It wants to transpose the audience into a different reality, by designing a scenographic and immersive experience. The project seeks to redefine the museum function of national importance and to give a contemporary answer to the way history is understood and assimilated. Therefore, the concept is to realize a museum as a theatre, and a theatre as a museum.
The main topic of the project is the Pogrom from Iasi, which is identified as a historical event that took place between 28th and 30th of June in 1941, this being part of a chain of events that lasted three years. It was one of the most violent pogroms in romanian history, the data presented claims that 13,266 people from the jewish community were killed during that time. Also, within the Pogrom, a hundred poor jews were forced to dig up the bones of over 100,000 people from the Old Jewish Cemetery “La Zid” on Ciurchi Street. Therefore, the chosen site is the land on which the old cemetery rested, which has a surface of 57,750 sqm. Both the name of the old cemetery and the technical problems presented on site, landslides, generated the volumetric concept – a building like a wall – that solves the land problems through the retaining wall and generates a continuous facade that remembers the old cemetery’s closure. The wall is a boundary between what is inside and what is outside. It is an architectural generator, structuring, organizing, delimiting spaces by creating sequences of functions. A building as a retaining wall represents a linear volumetry that creates a series of experiences, of scenes of collective memory that will evoke the memories related of the disappeared.
In the interior, the large space is dominated by the private pavilions, which create the spatial scenography. “Memory Wall”, “Mirror Gallery”, “The Cold Park”, “War Symphony”, “Oblivion”, “Death Trains” and “Longing” are spaces that represent interpretations of the most important moments of the Holocaust, which recreate the story of the Jewish community during the event in Iași.
The building is represented as a retaining wall, so it is 400m long and has a surface of 9,960 sqm. The solidification of the soil is done through the retaining wall made of drilled piles and reinforced concrete wall. This wall works together with the pillars in front of the building and together with the beams, creating the support system for both the building and the sloping ground. The structure of the interior pavilions is independent of that of the shell of the building, this being made of either wooden or reinforced concrete structures.
The position of it generates two important sides of the plot: the upper part is represented as a park, and the below part as an urban square. These two are connected through an exterior staircase, that creates the main access point to the project. Through the improvement of the landscape, the project generates a development of the peripheral area of the city, creating a green space that can be used to its maximum potential. Also by creating an urban square and a cultural function, the space becomes attractive to the public - the tourists and the investors. Therefore, the exterior strategy of this project is to solve the problems of landslides, to develop the area, to create a green space and a cultural context and generate an attractor that would revitalize the urban fabric. The interior strategy is to create a museum that becomes a place of immersive experiences, realizing the connection between the classical way of exposing a history and the contemporary methods of telling a story, like the experimental theatre. 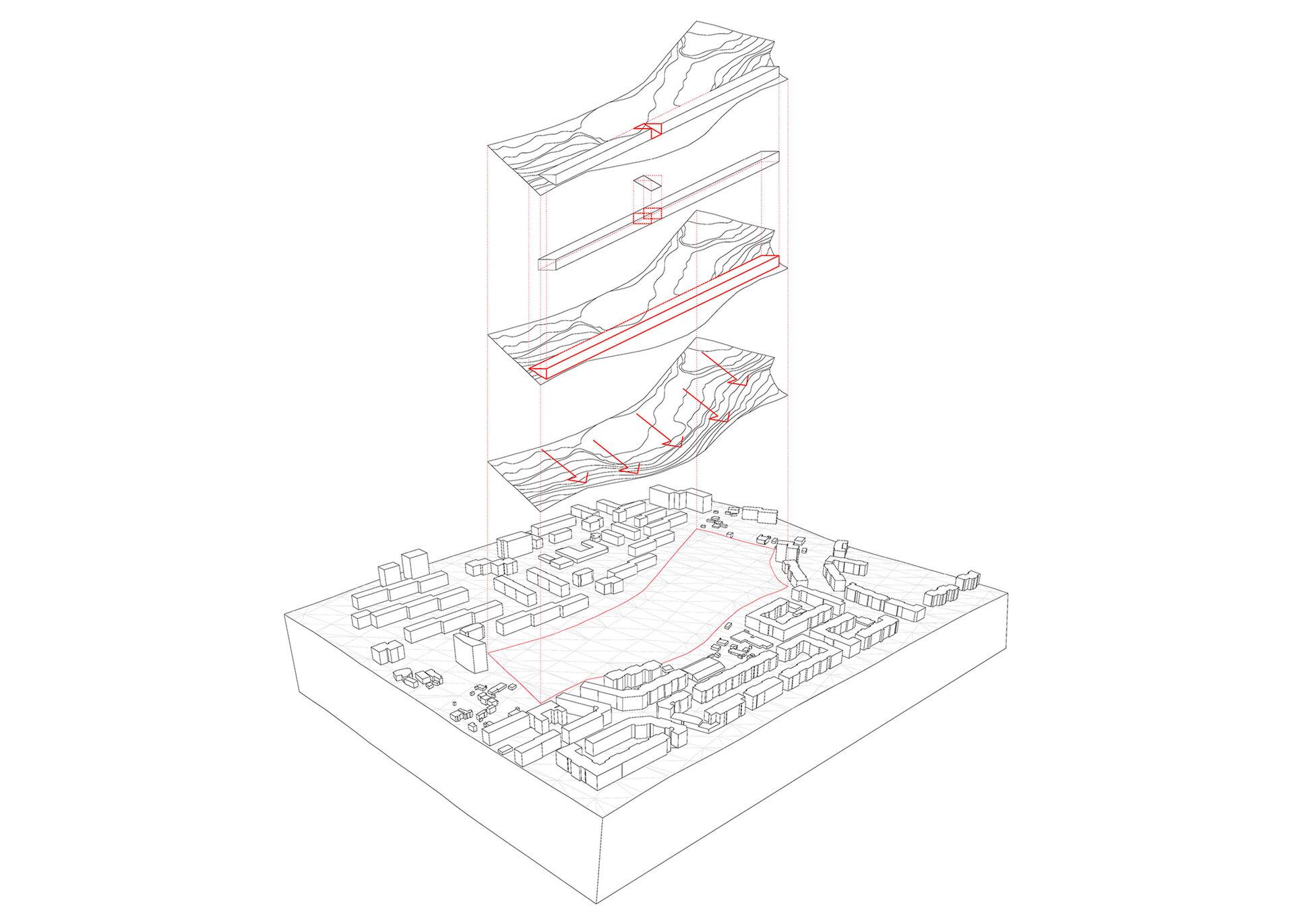 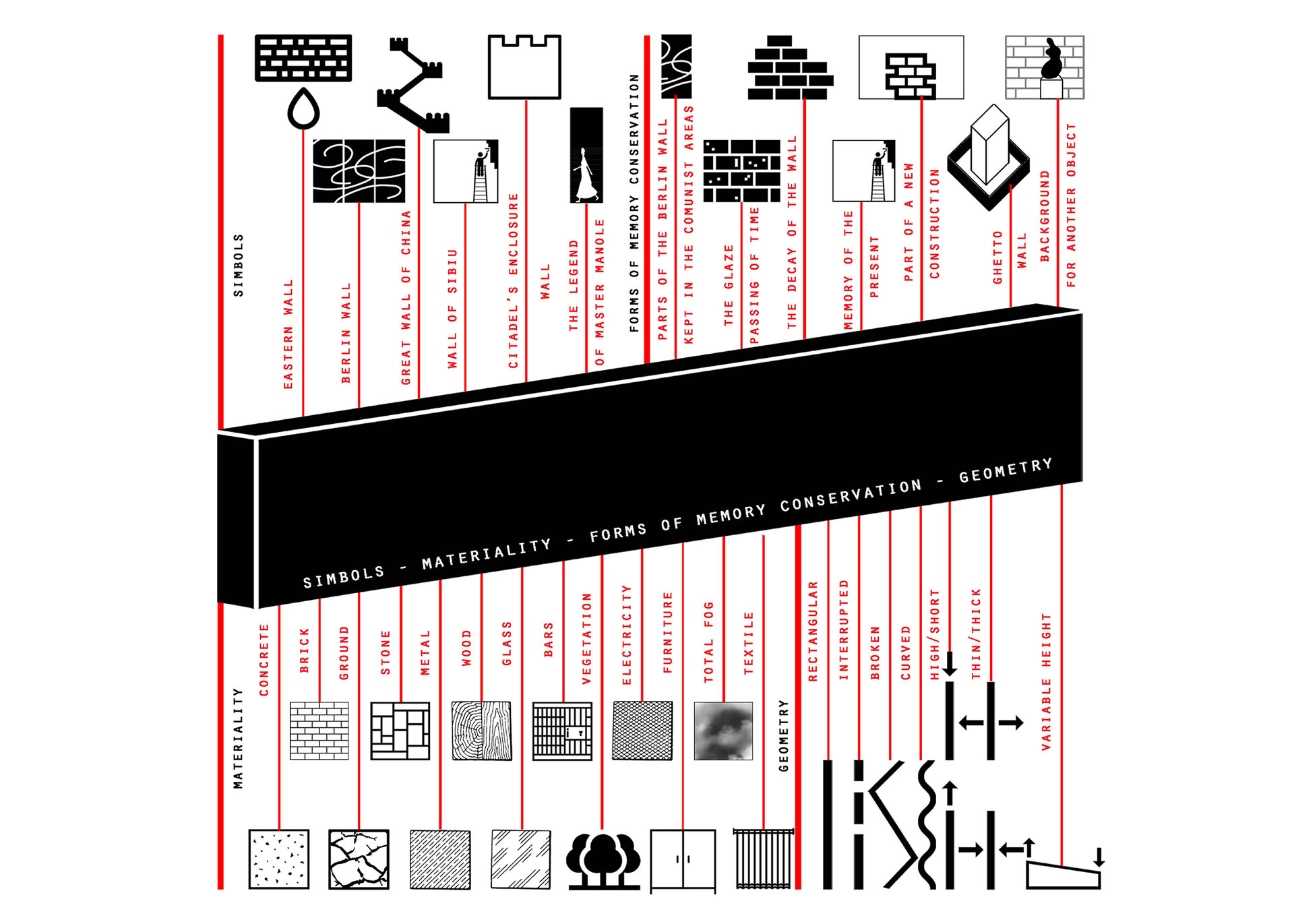 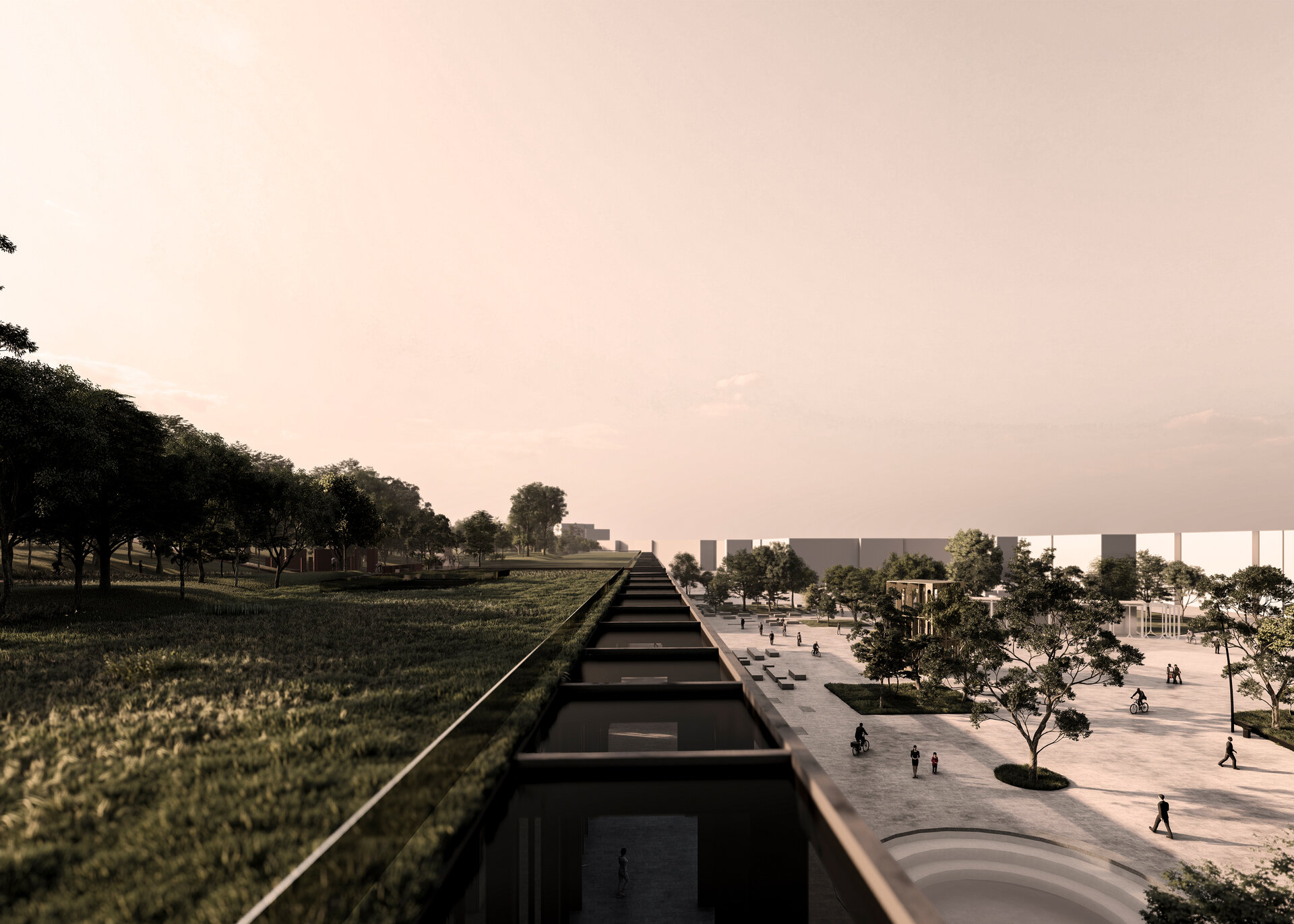 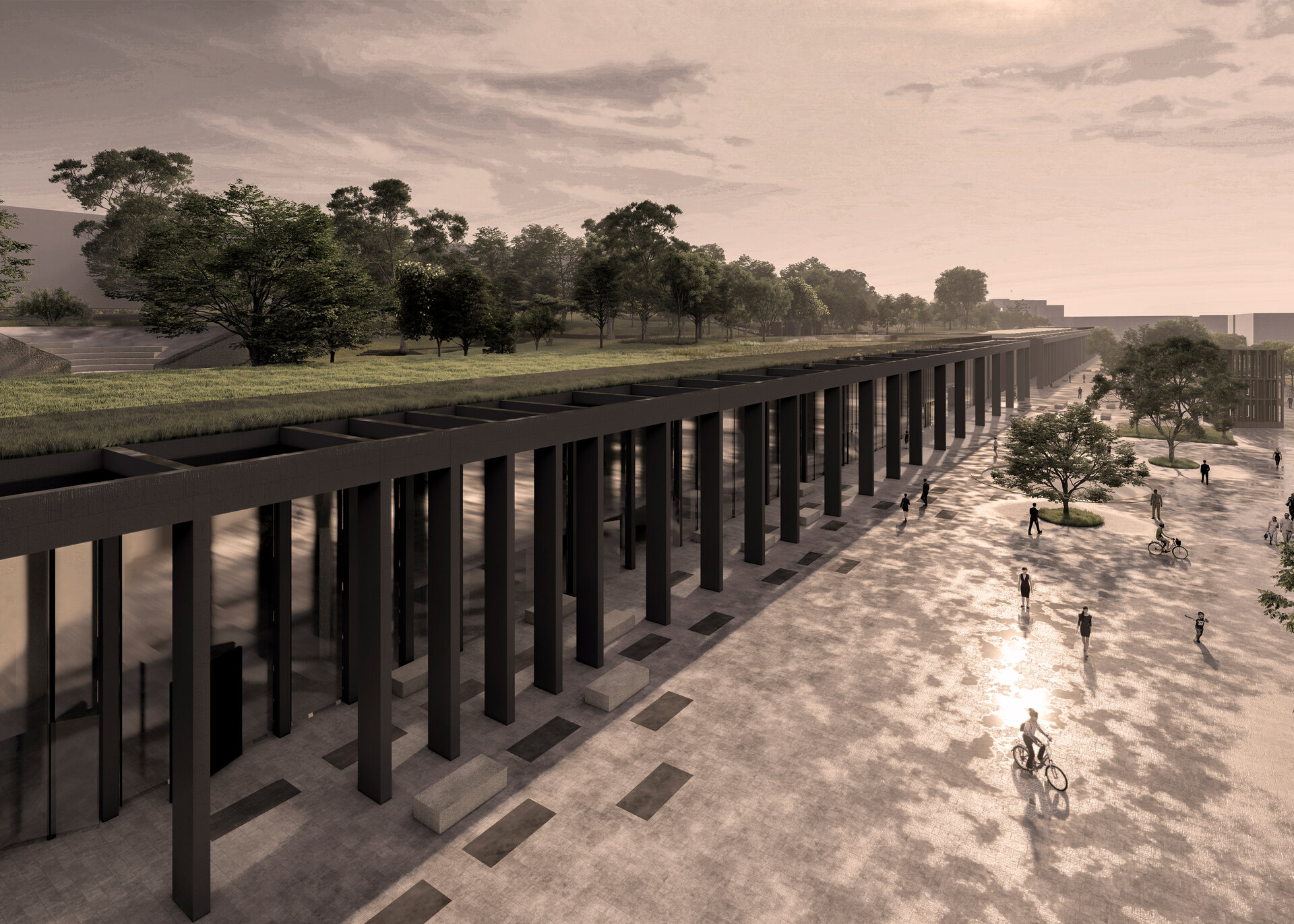 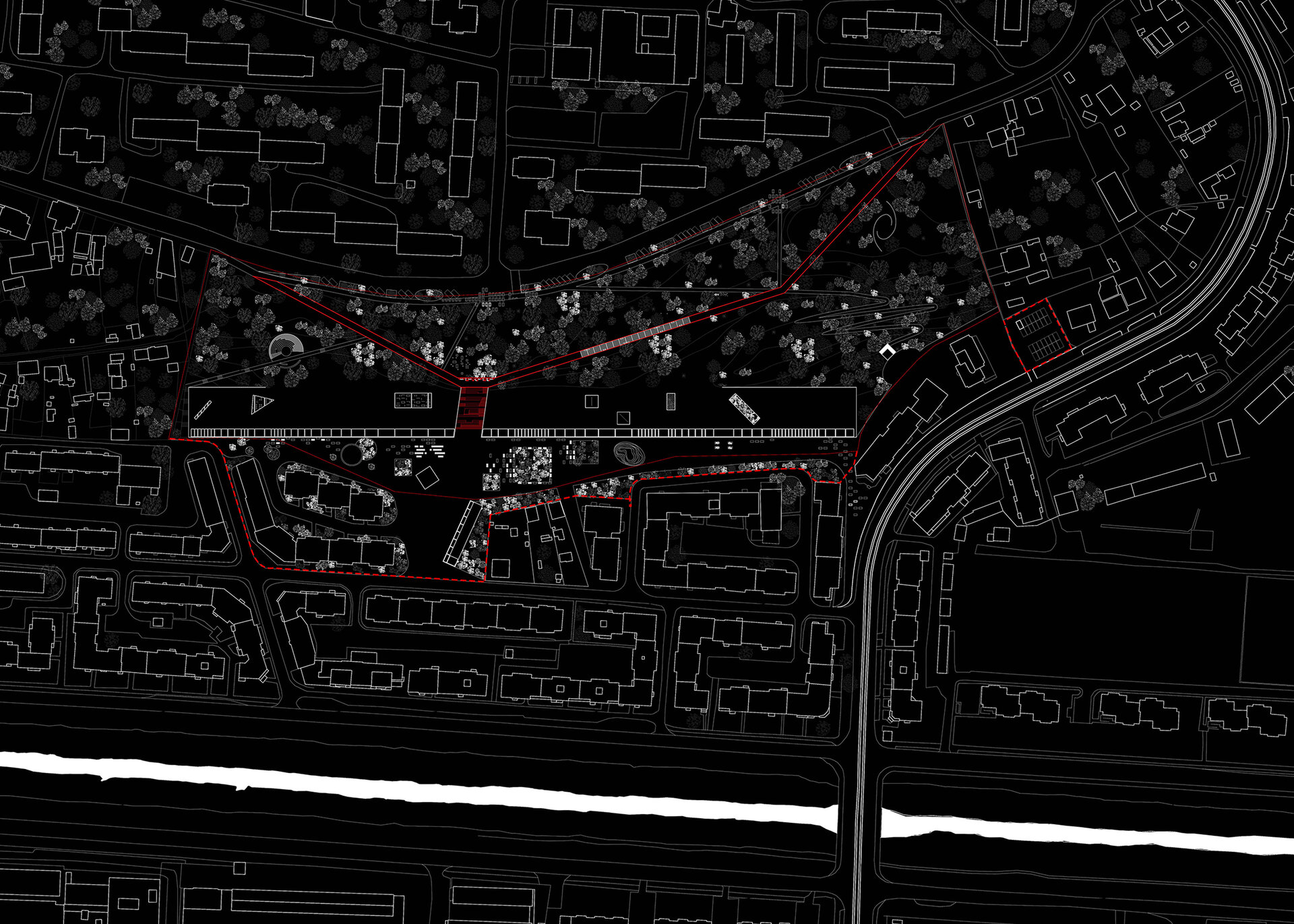 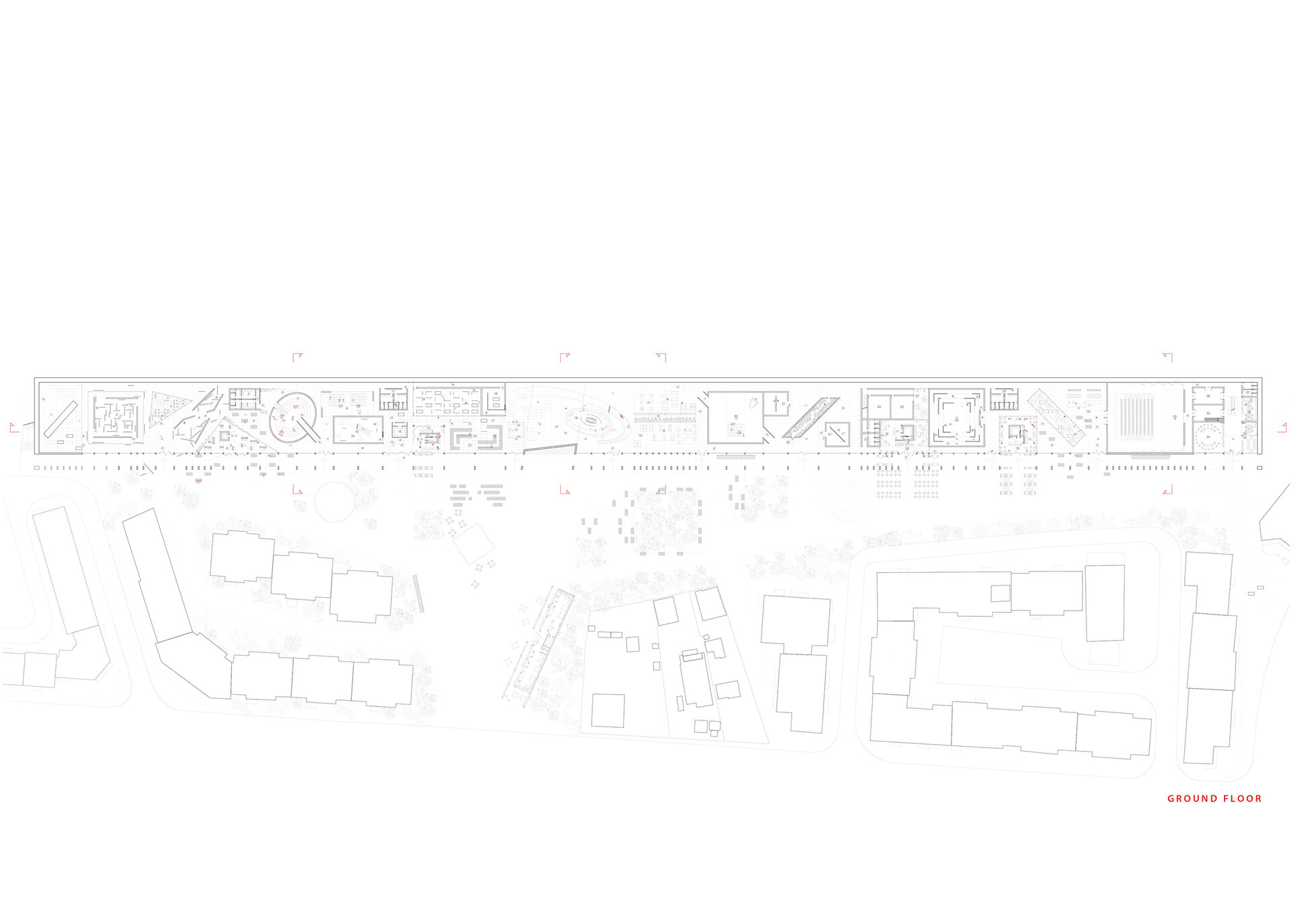 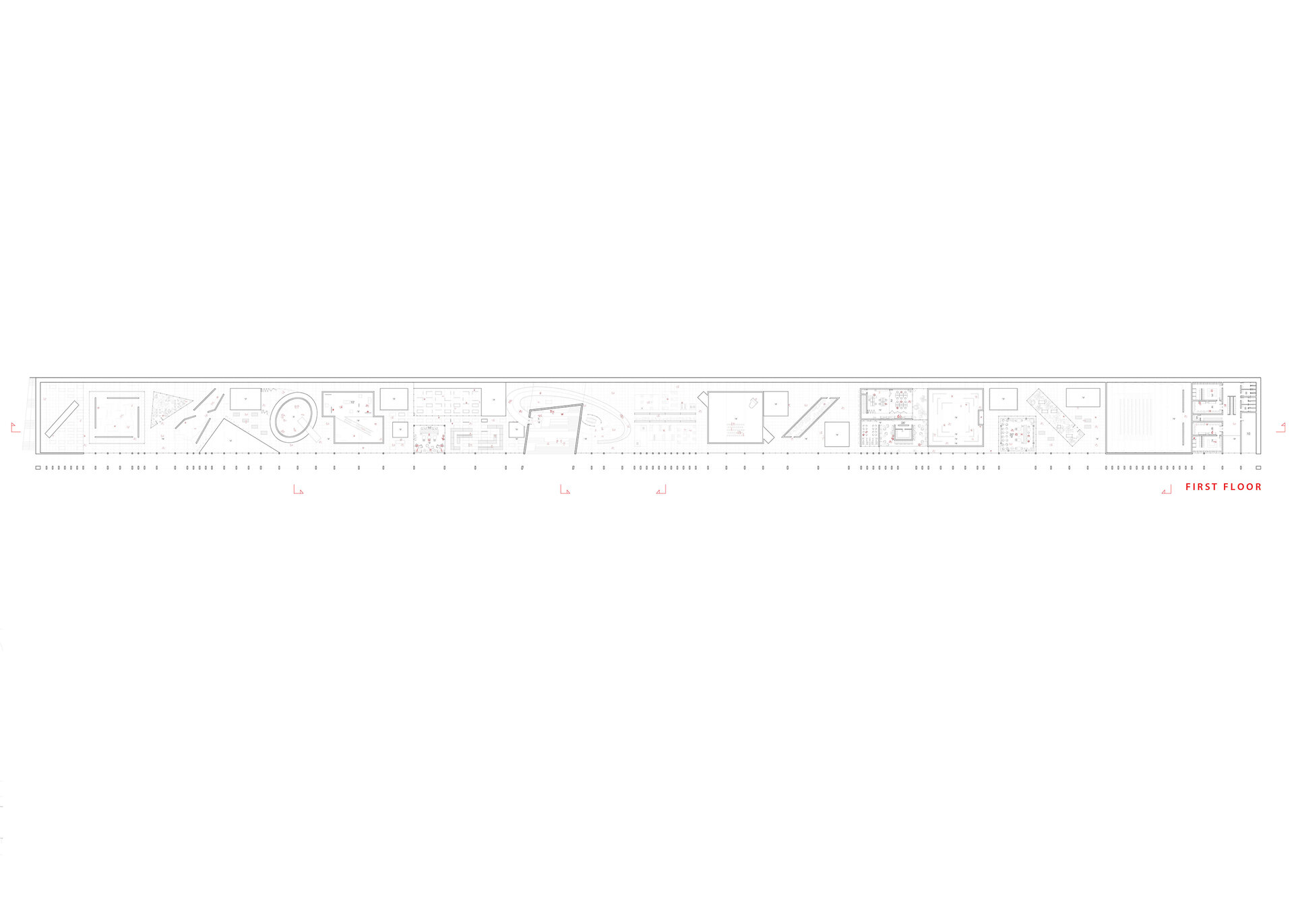 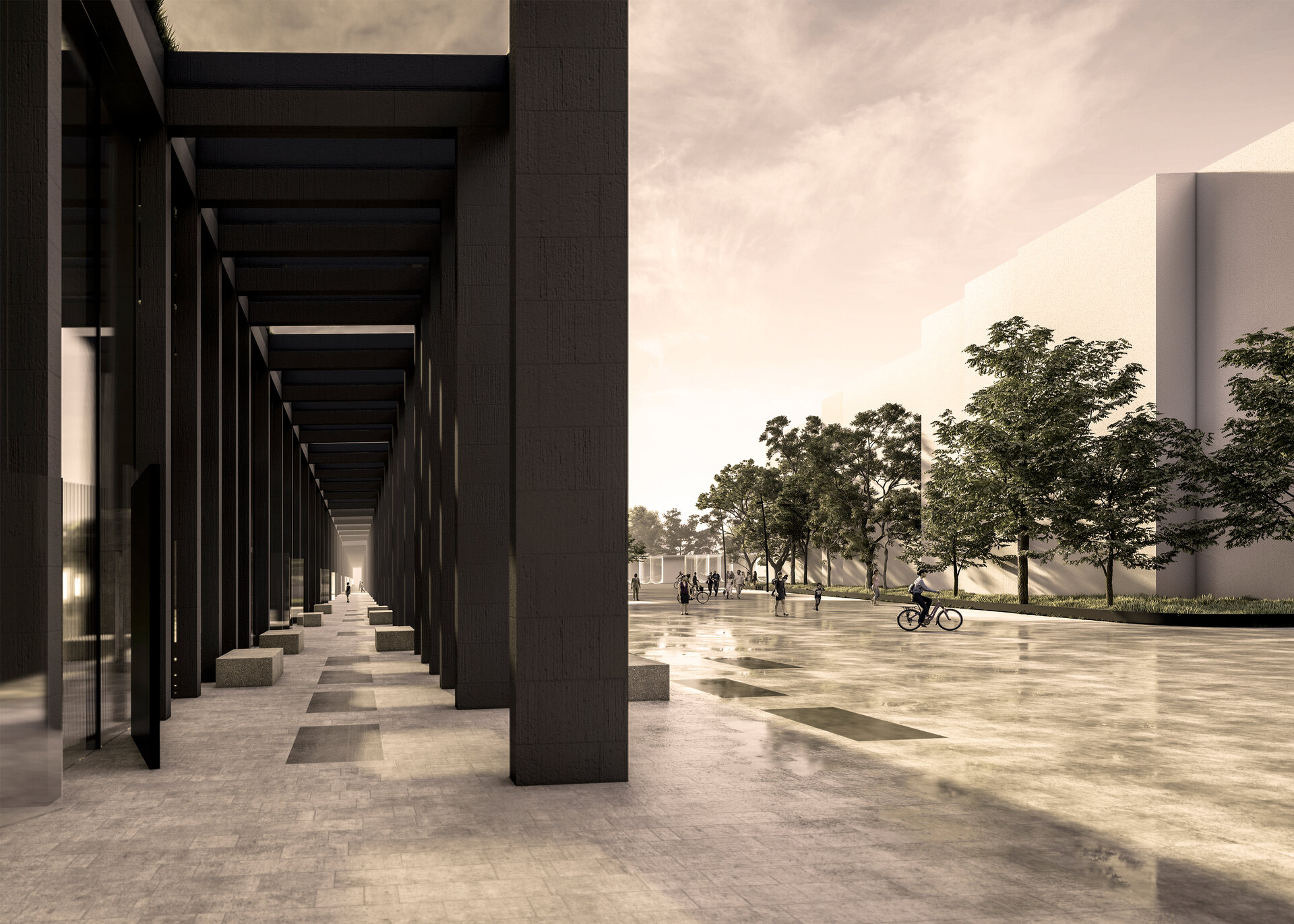 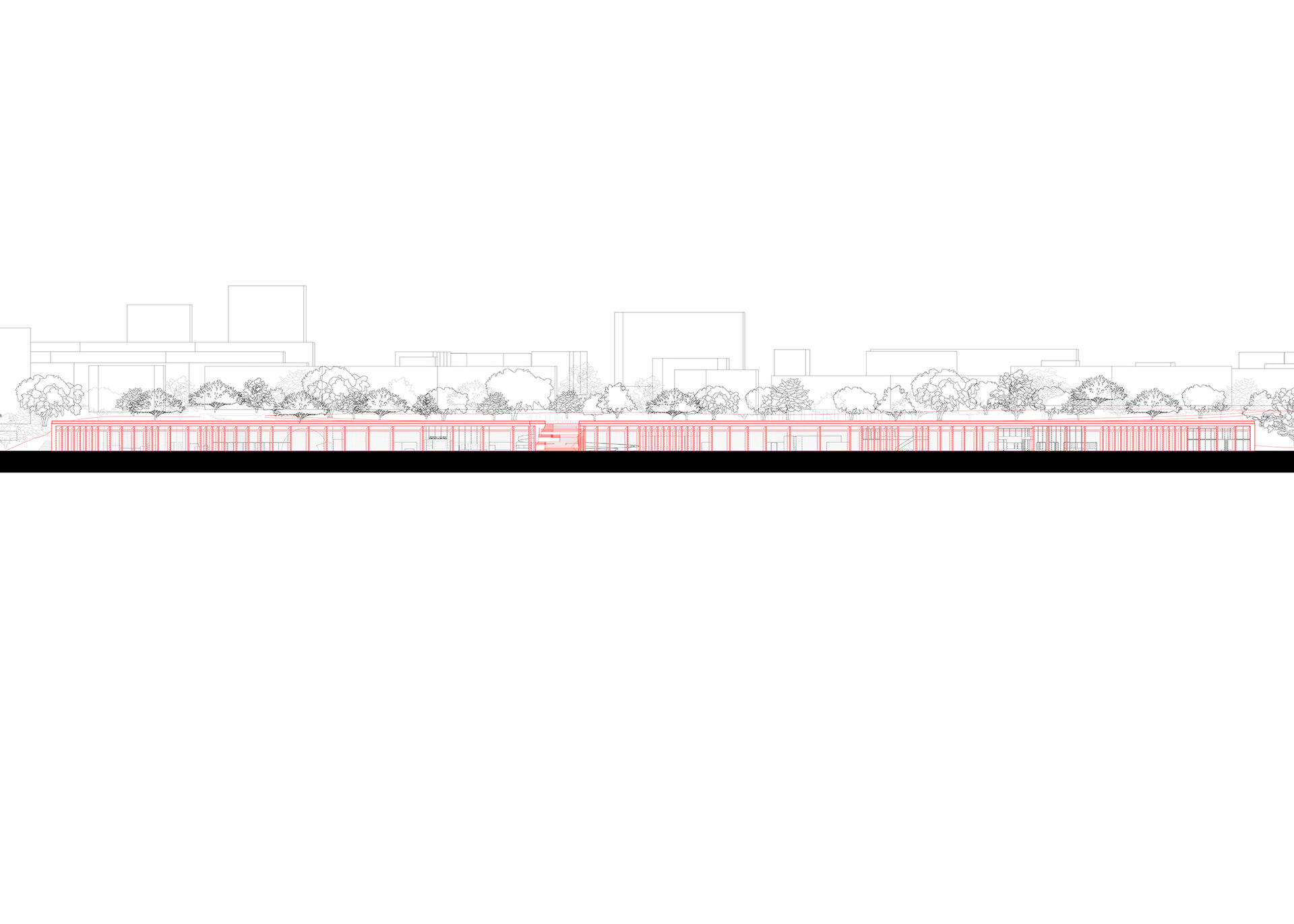 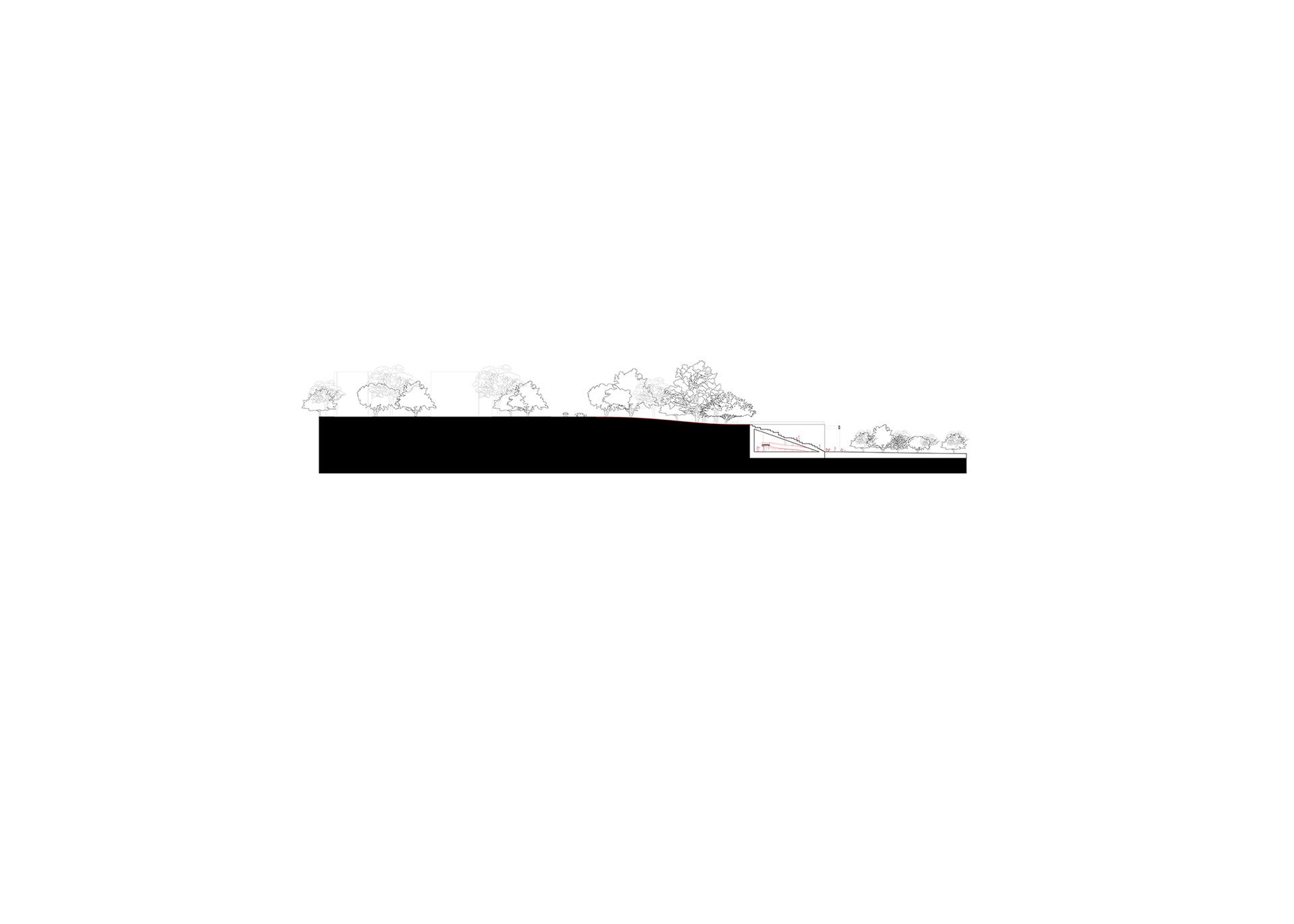 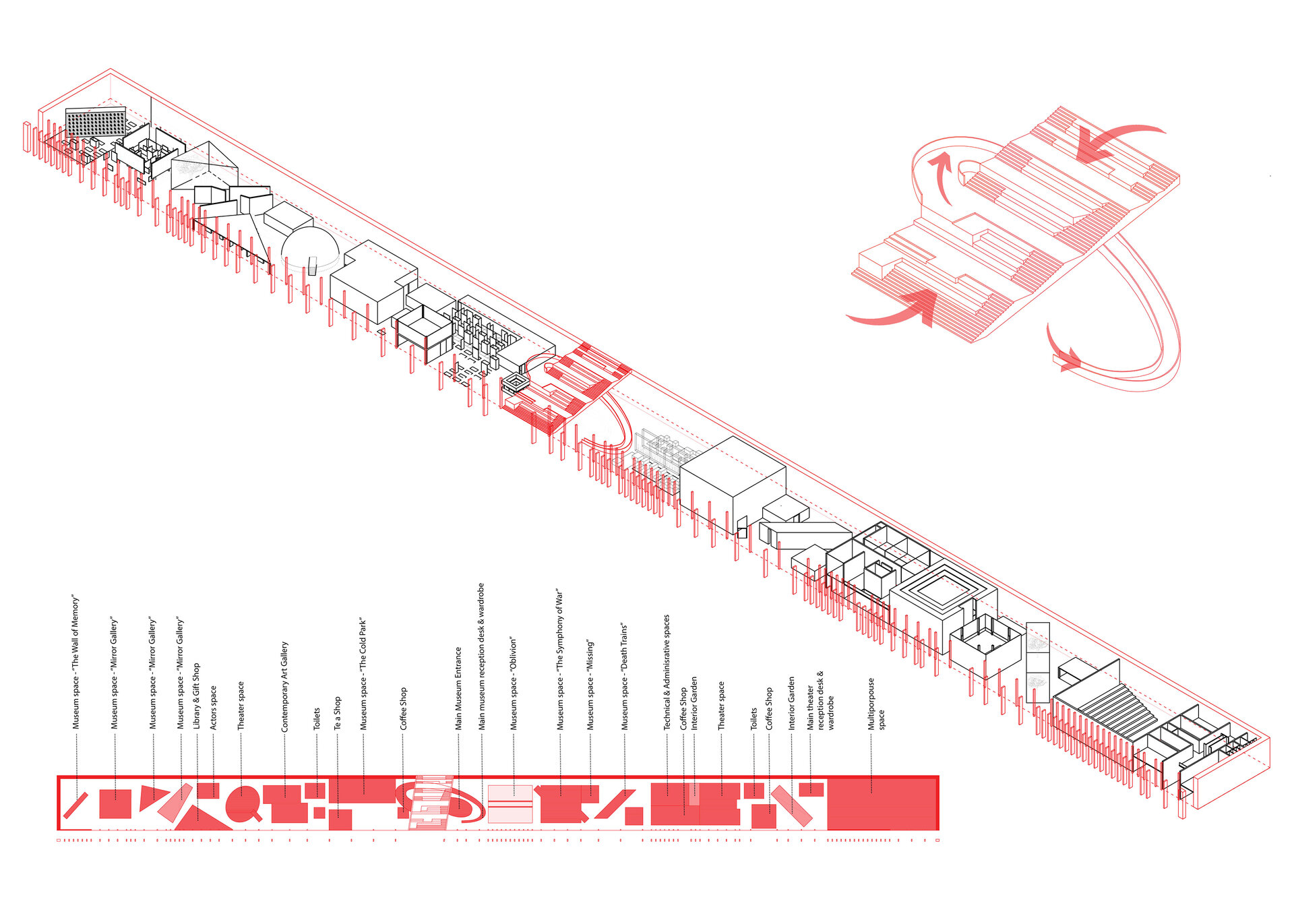 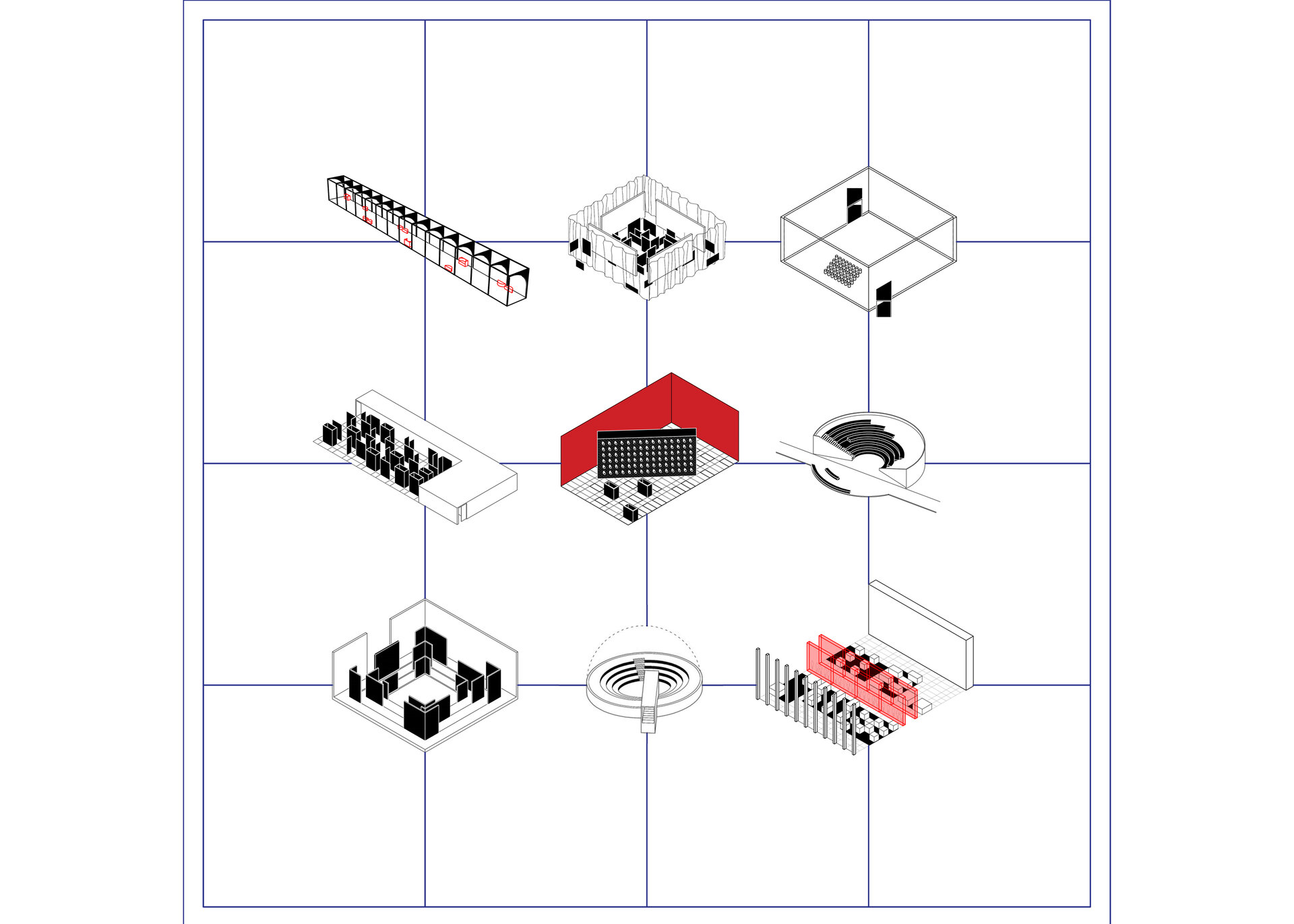 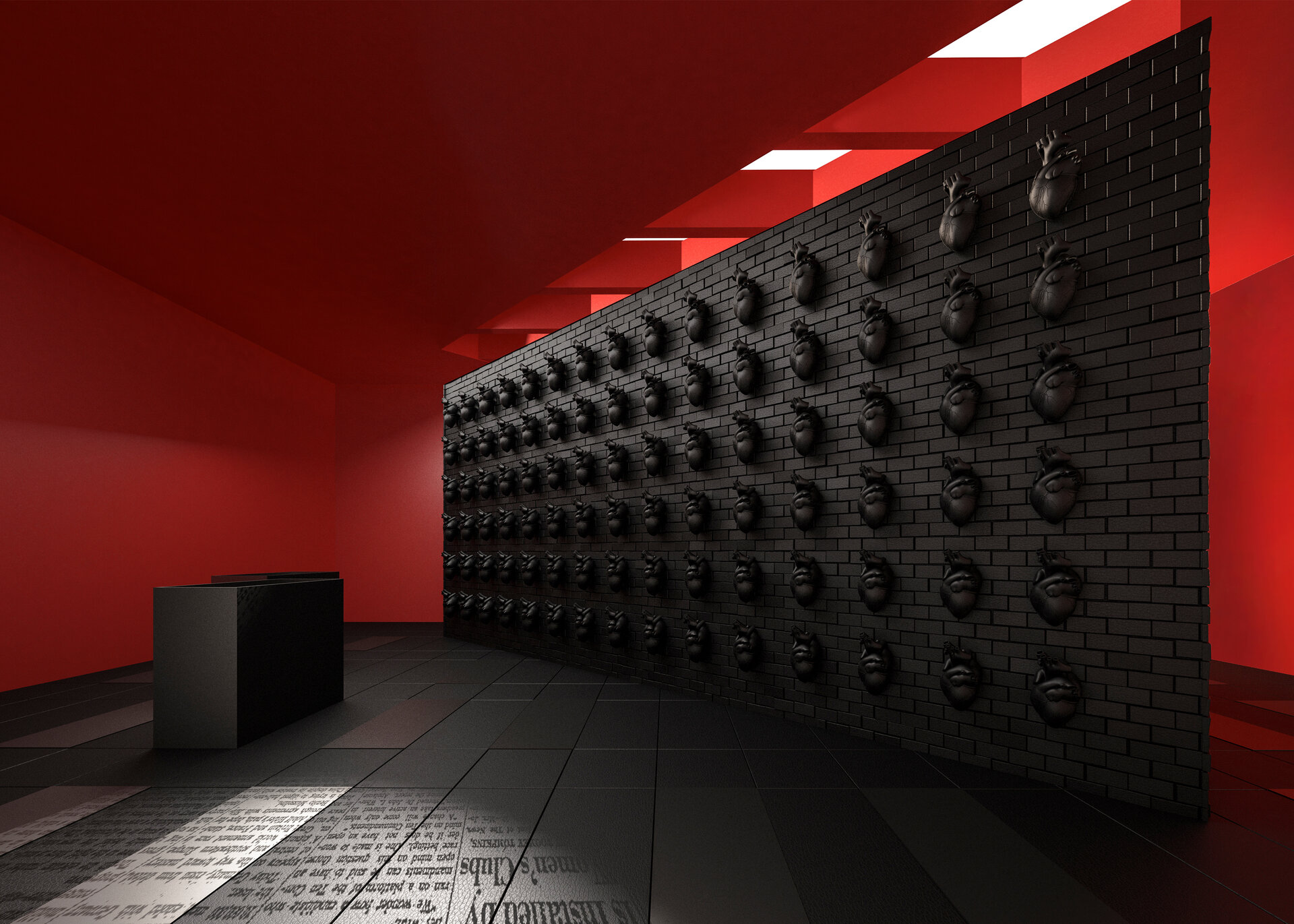 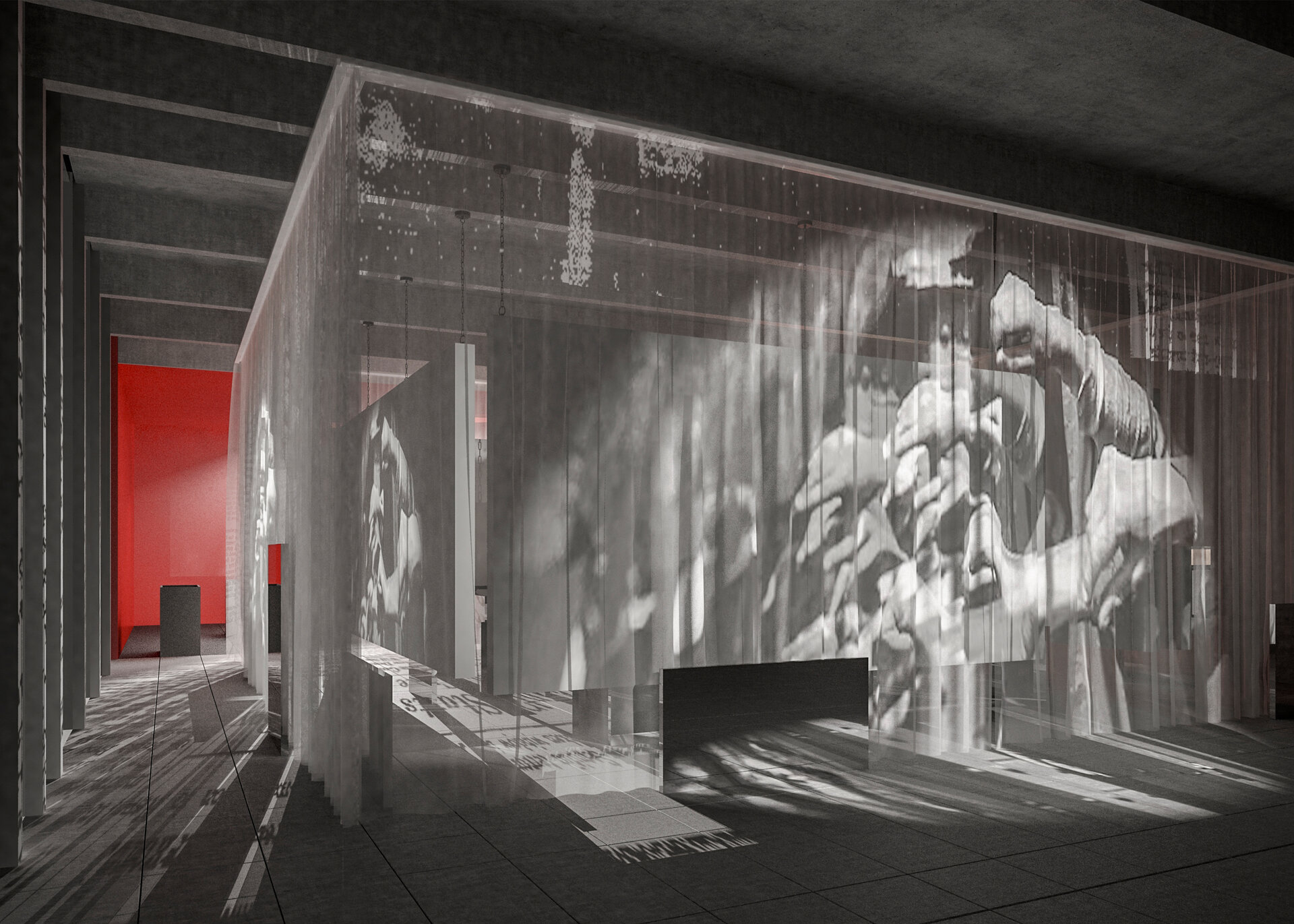 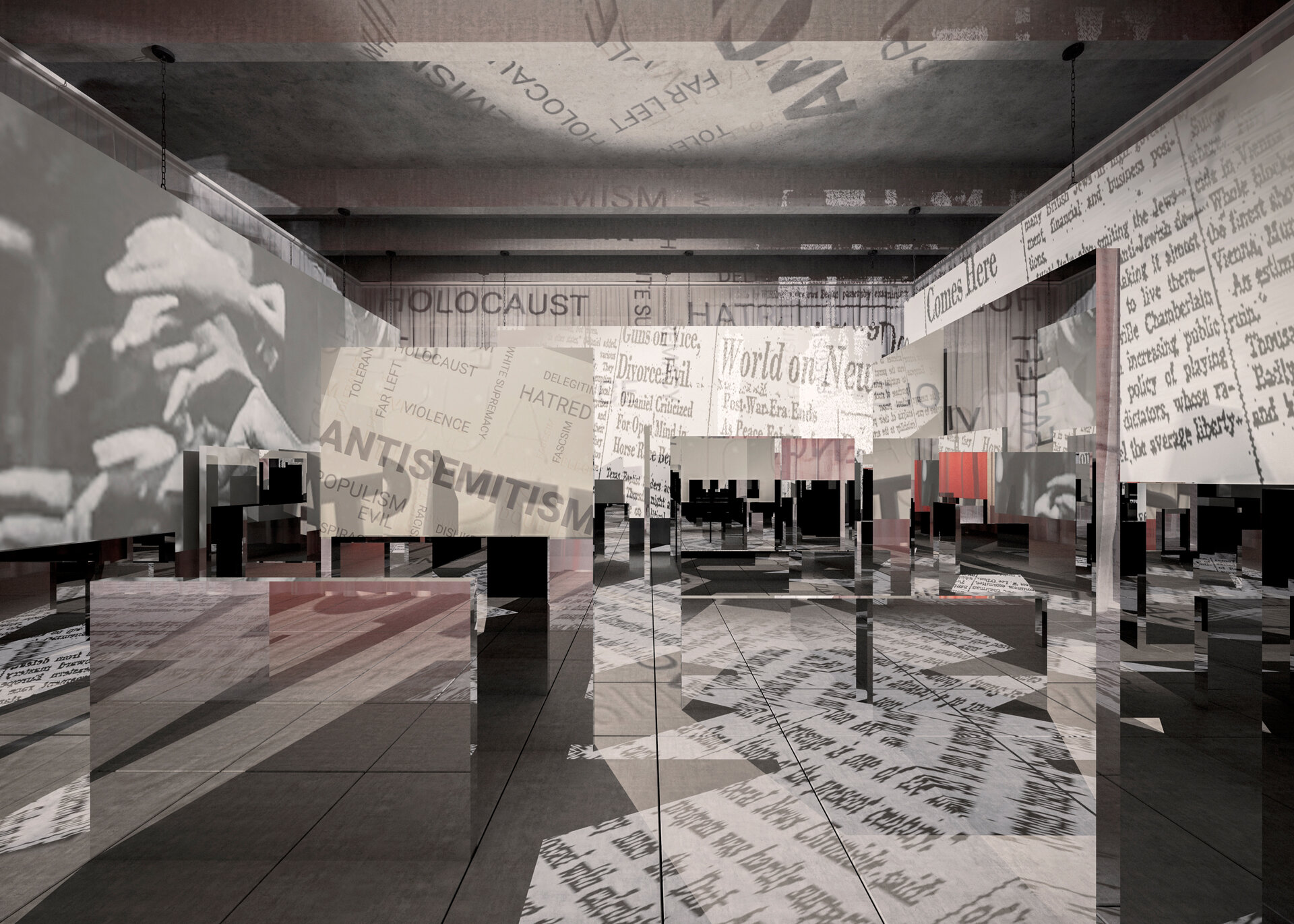 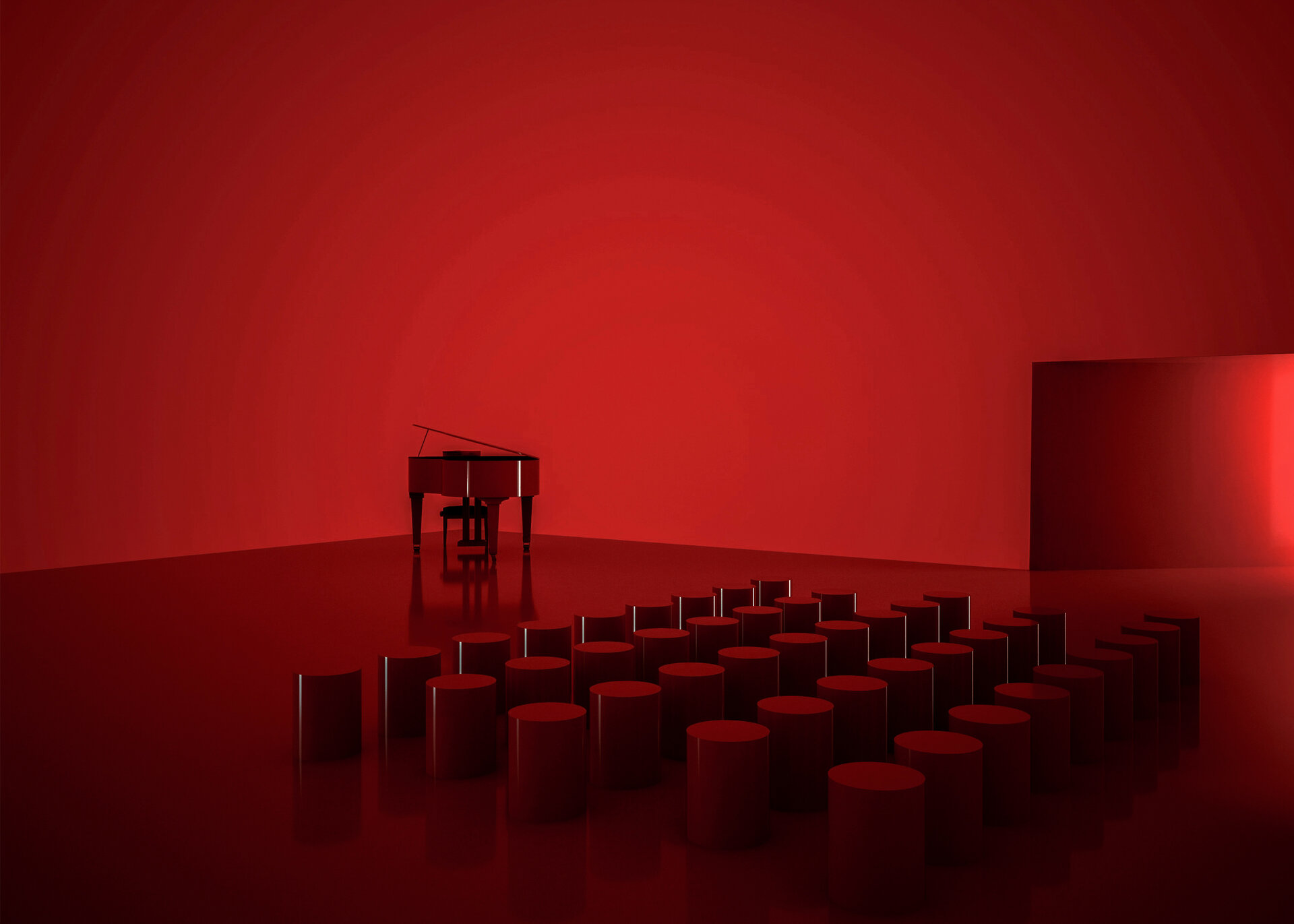 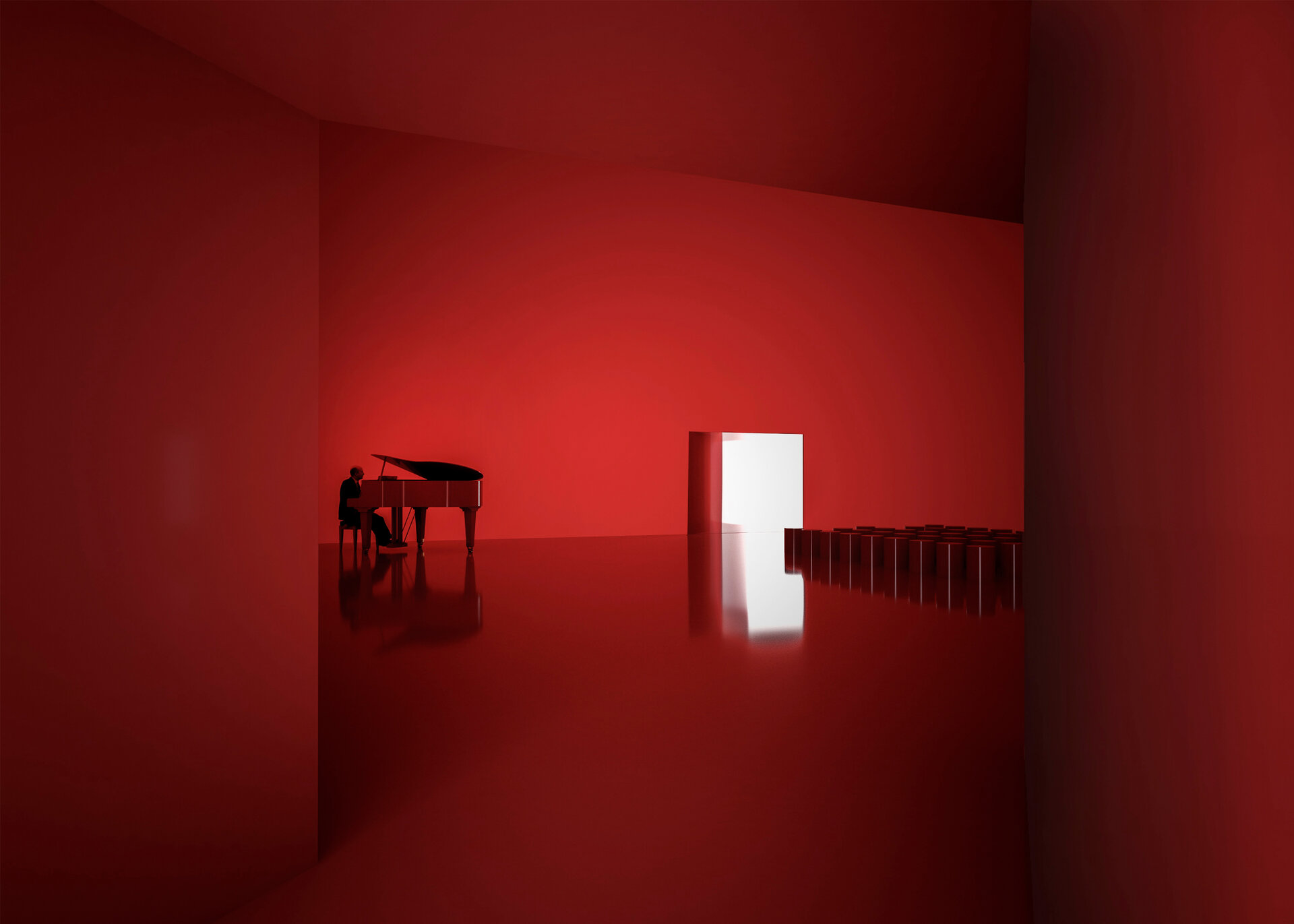 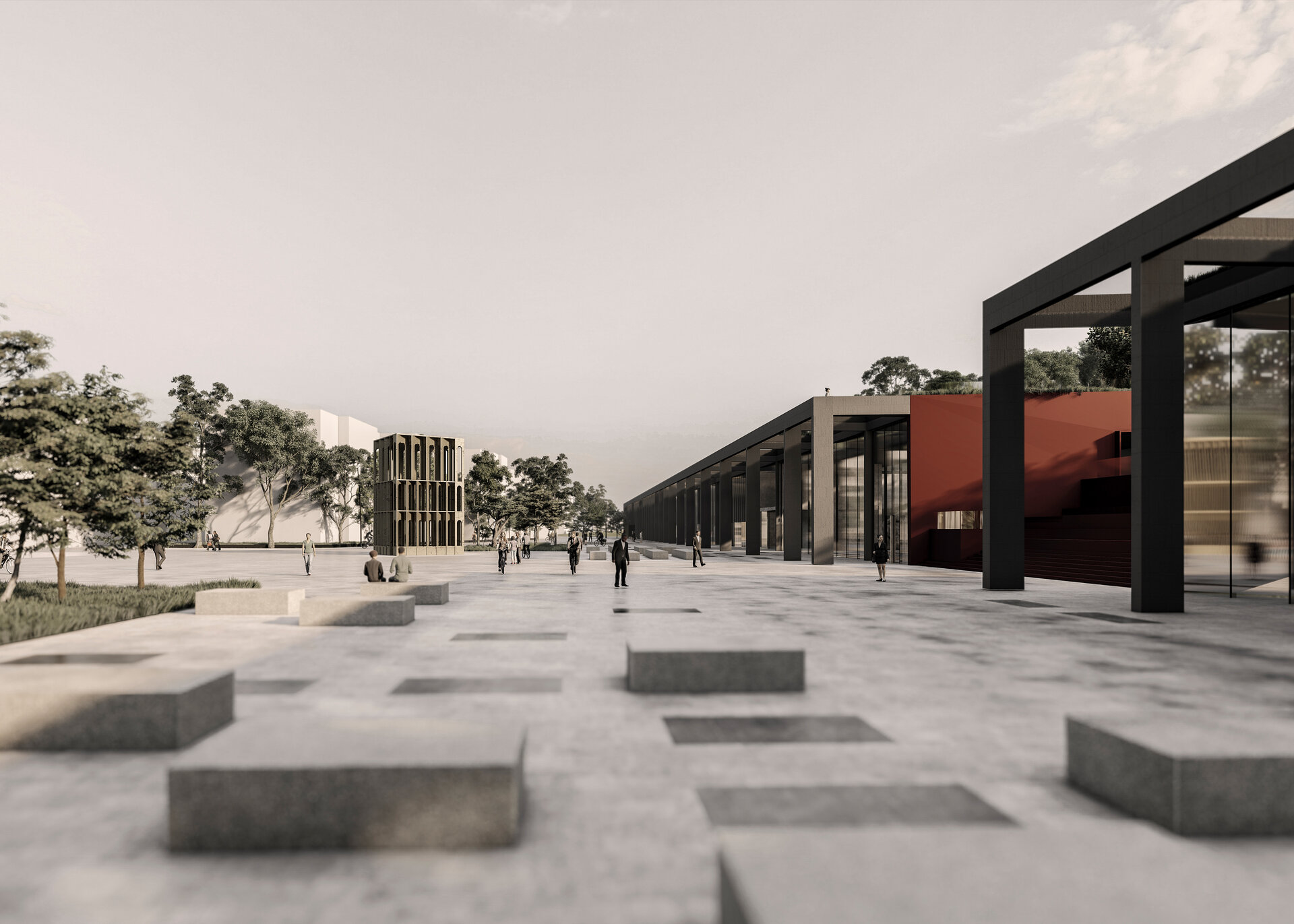 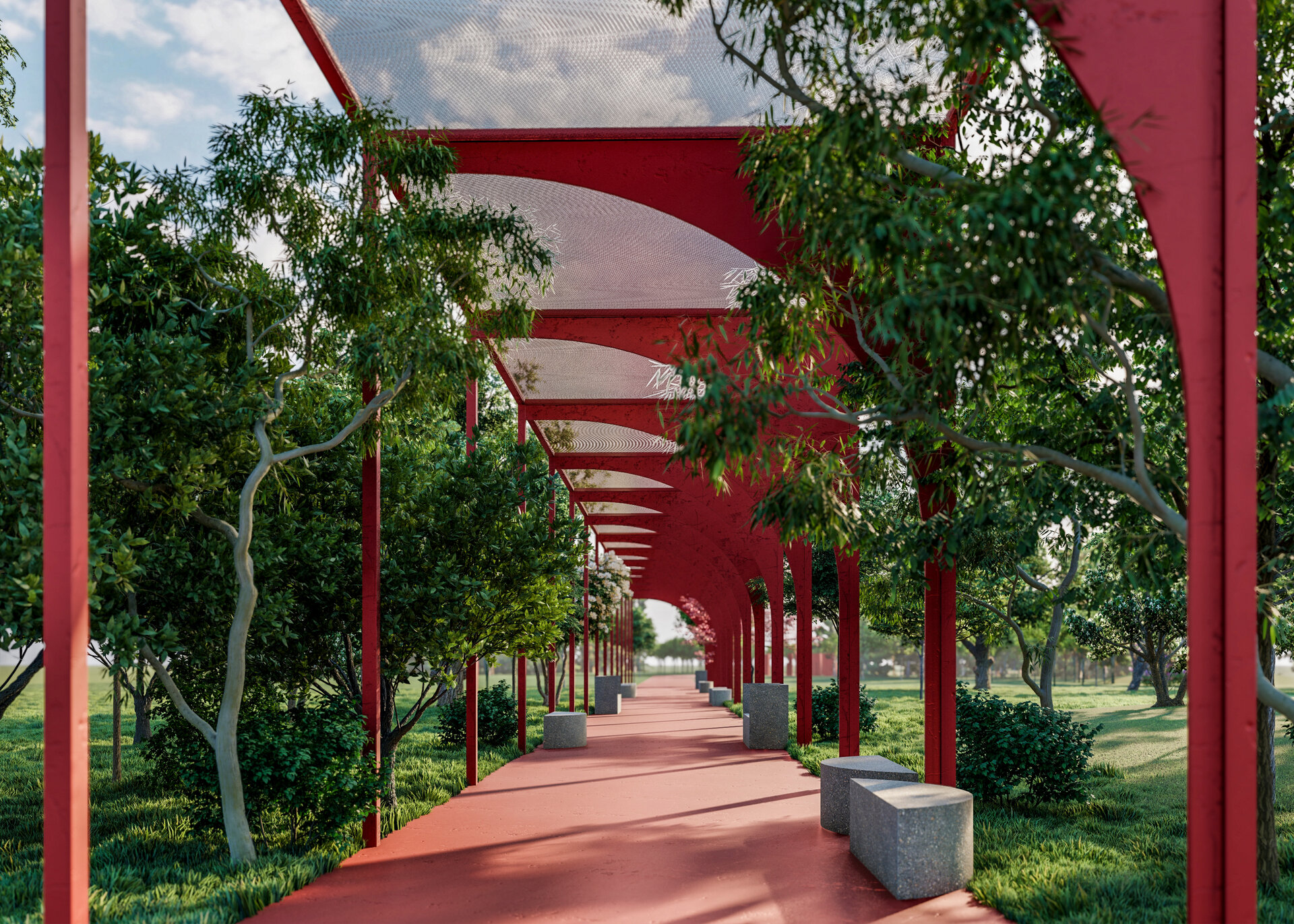