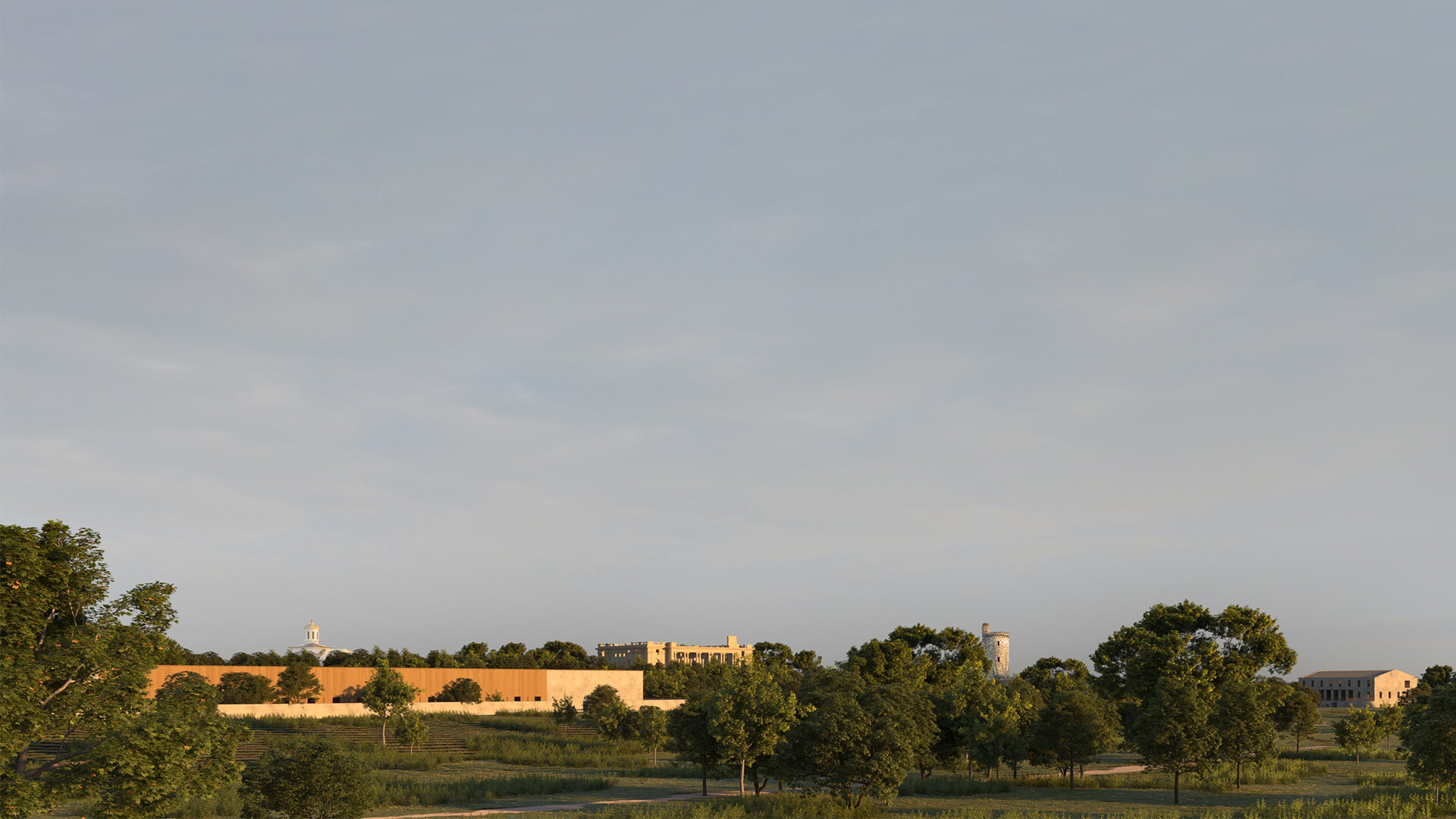 Rebuilding the Cantacuzino Domain. Pavilions and Equestrian Centre in the Gardens of Petit Trianon 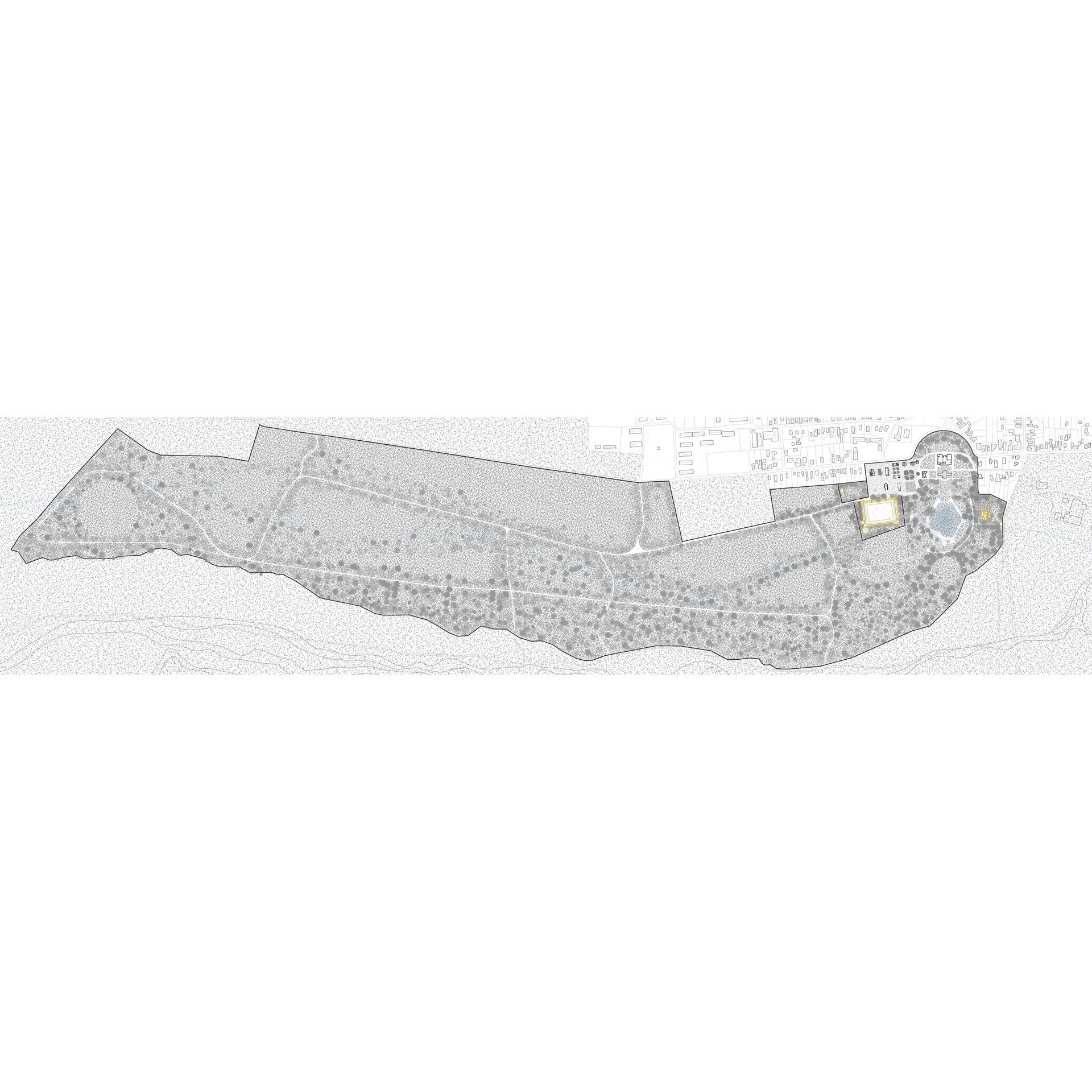 The diploma project did not start from a specific location, but from the topic of the dissertation thesis. The thesis, Towards a Language, is a study of the meaning and significance of structural elements in architectural projects, a study that later generated the search for a site. In the end, the chosen place was the Cantacuzino Domain from Floresti, Prahova. What is representative of this place is the Petit Trianon, an early twentieth century palace left in ruins before the completion of its construction. Thus, the palace is now an exposed, incomplete structure in a continuous process of degradation.
The project does not present an ideal, final image, but proposes a process in which the whole domain is reconstructed in time. Thus, all the historical elements are proposed for conservation and restoration, and the park is rearranged according to the principles according to which it was originally built.
The idea of ​​the project starts precisely from a certain attitude towards the structure, approaching this subject on two levels which refer, first, to the existing structural elements, then to the proposed interventions. Thus, the structure of the palace retains its status of a ruin, this being a testimony of an entire history. The project proposes the preservation and various repair works over time, as a full restoration would, in fact, mean bringing the palace to a phase in which it has never been, as its construction has never been completed. Therefore, this ruined structure remains visible in its current configuration, as it possesses certain particular spatial qualities, its interior being, in fact, a large exterior room. Also, the remaining fragments of this structure represent witnesses of other typologies of spaces from an earlier period, a period in which the extra-urban villa was the representative element of the noble domains.
As for the new interventions proposed, they are subordinated to the principles that govern the existing ensemble, but proclaim their status as contemporary architectural objects. The house and the equestrian centre appear as a response to a need of the place, representing an important factor, both socially and economically, in the process of reactivation of the Cantacuzino Domain. Thus, the project starts from a series of extremely rigorous structural elements that find their place in the landscape and contribute to the reorganization of the entire domain, outlining spaces, places, alleys, perspectives.
The reconstruction of the Cantacuzino Domain is a process, which, with the help of the proposed interventions, gives meaning to the existing structures and creates new structures that shape this place. 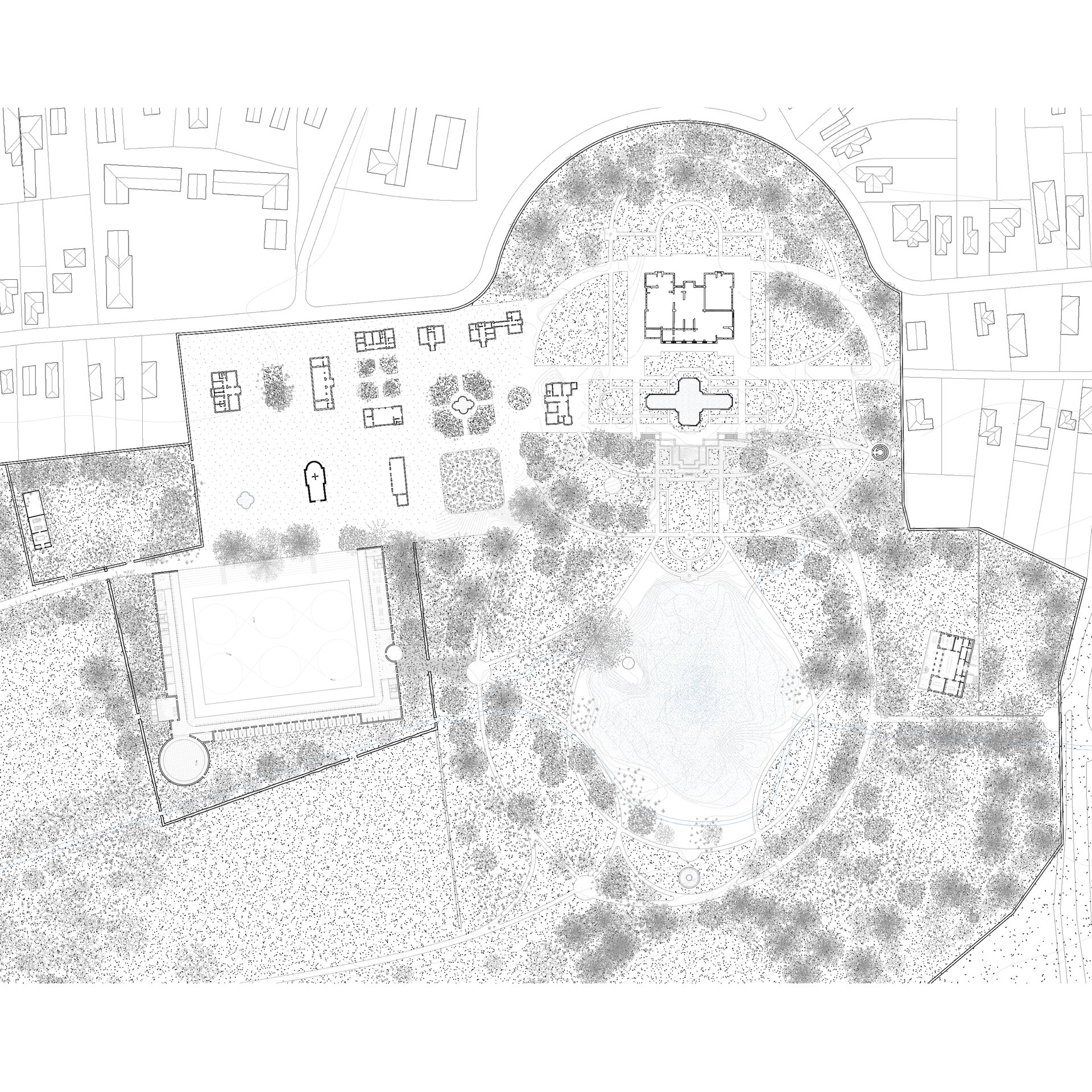 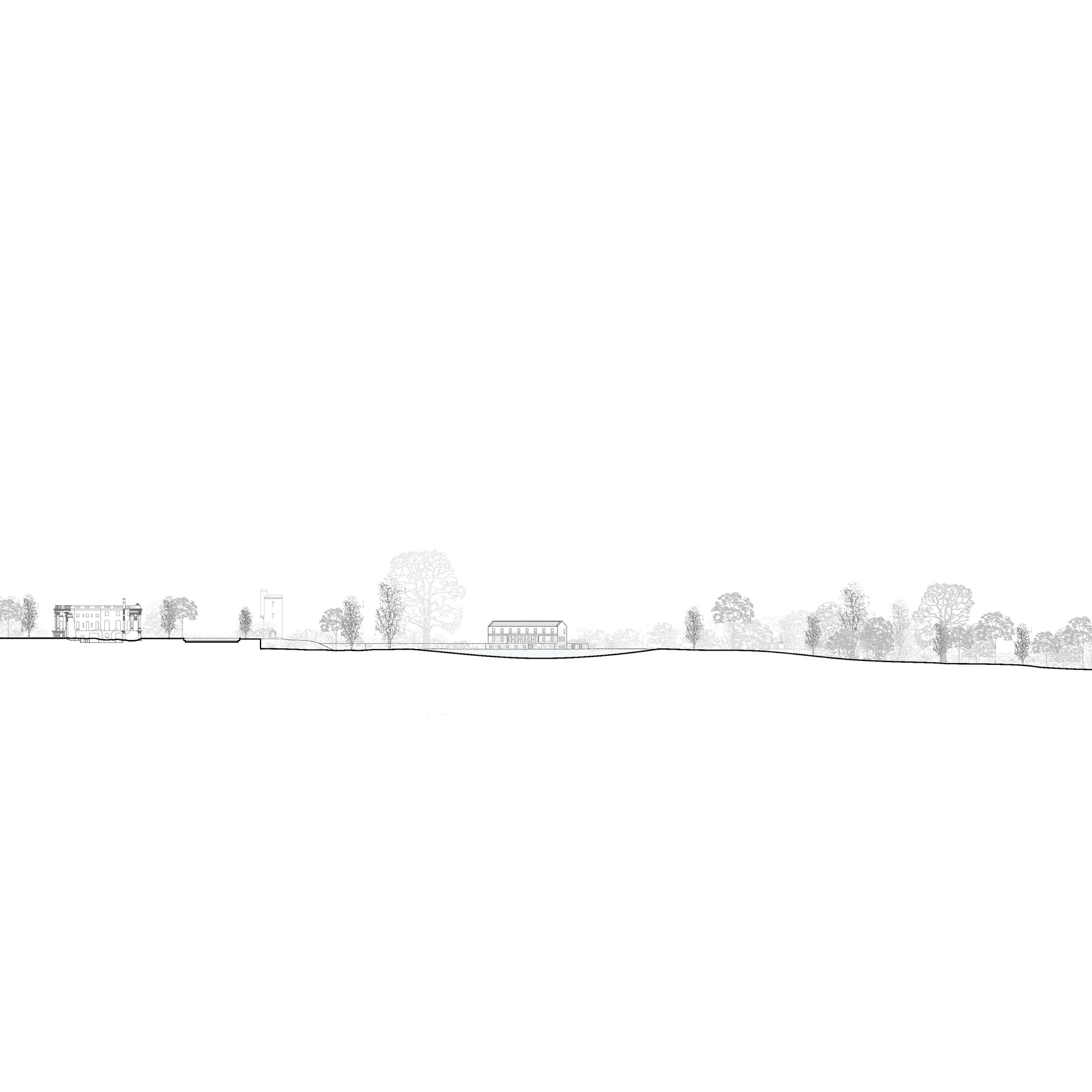 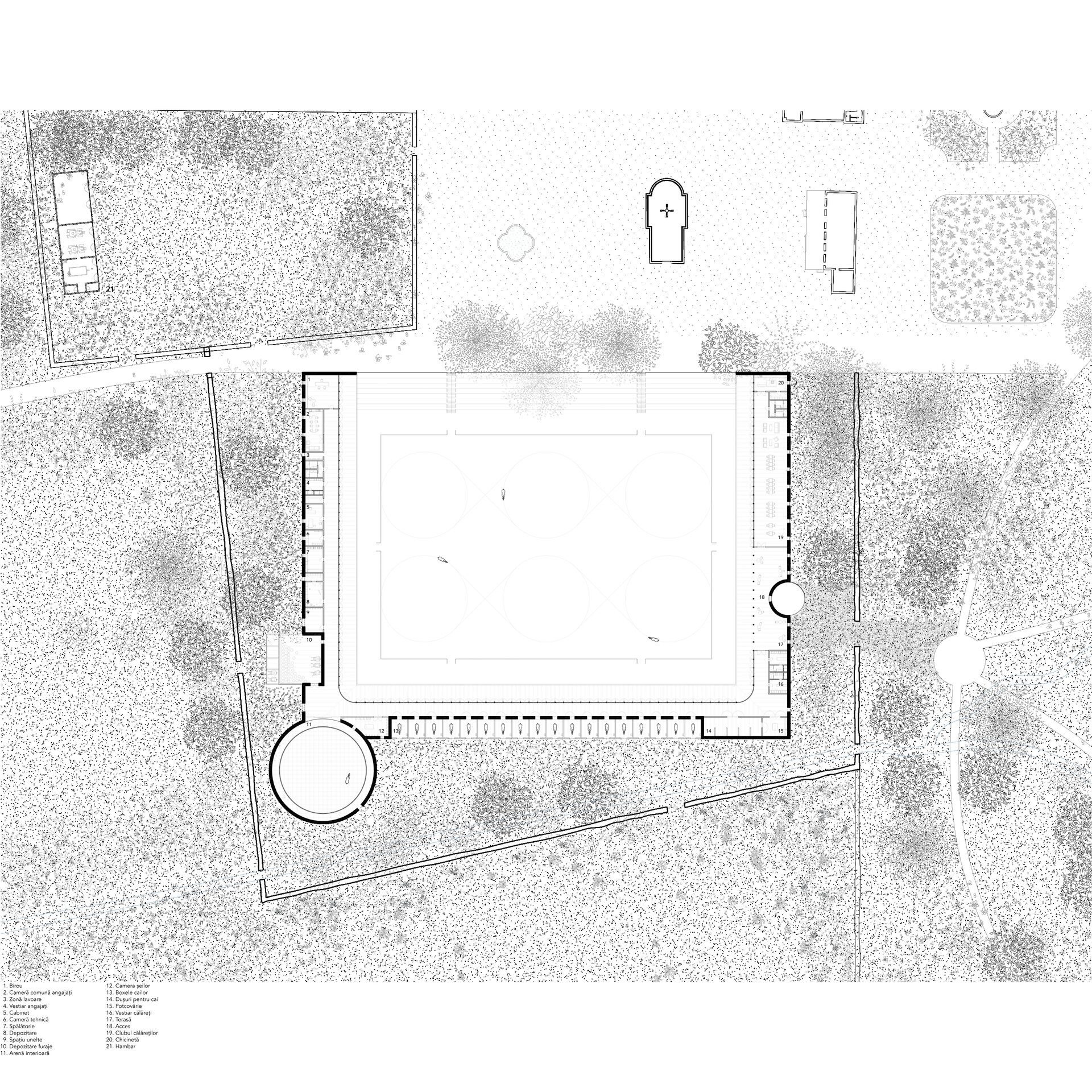 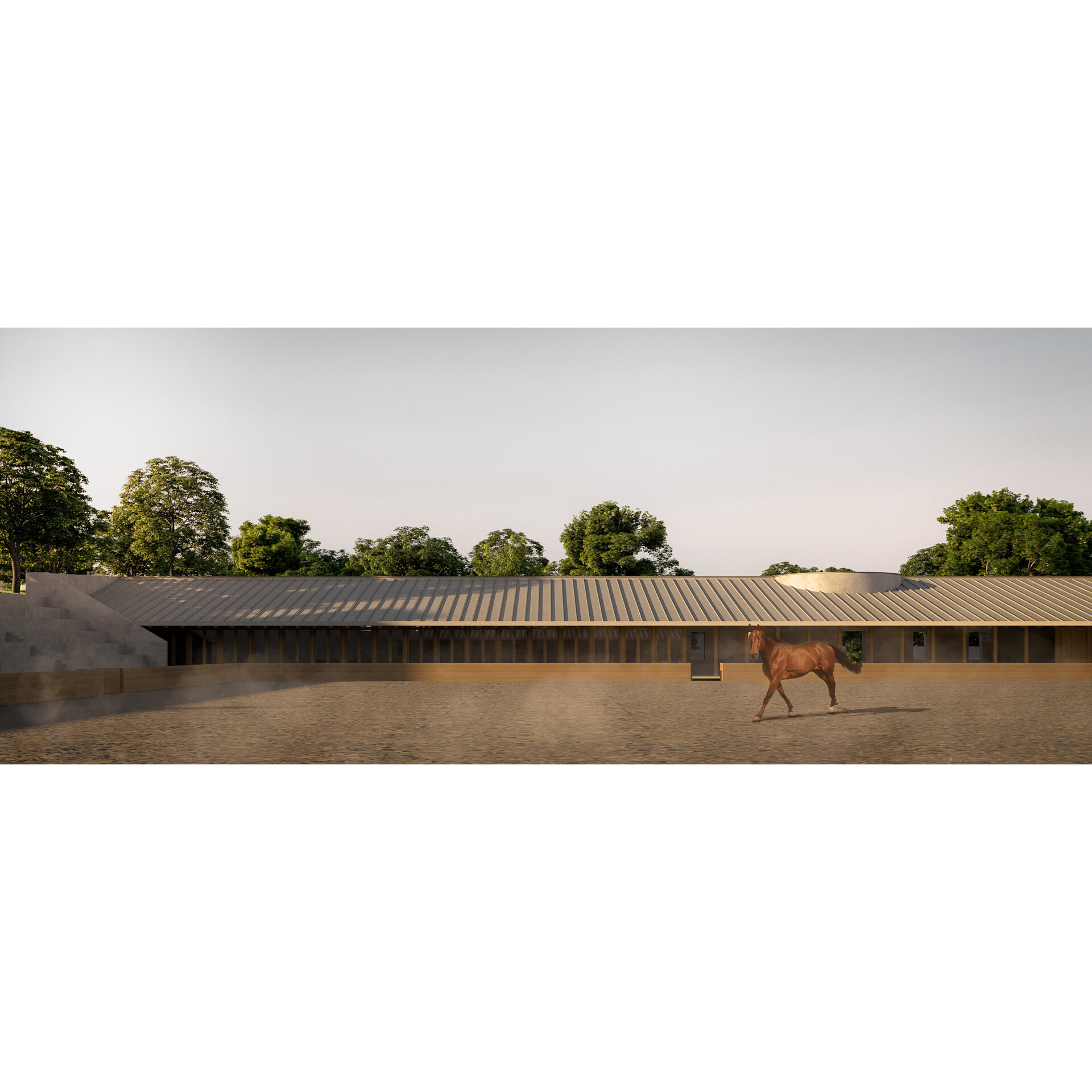 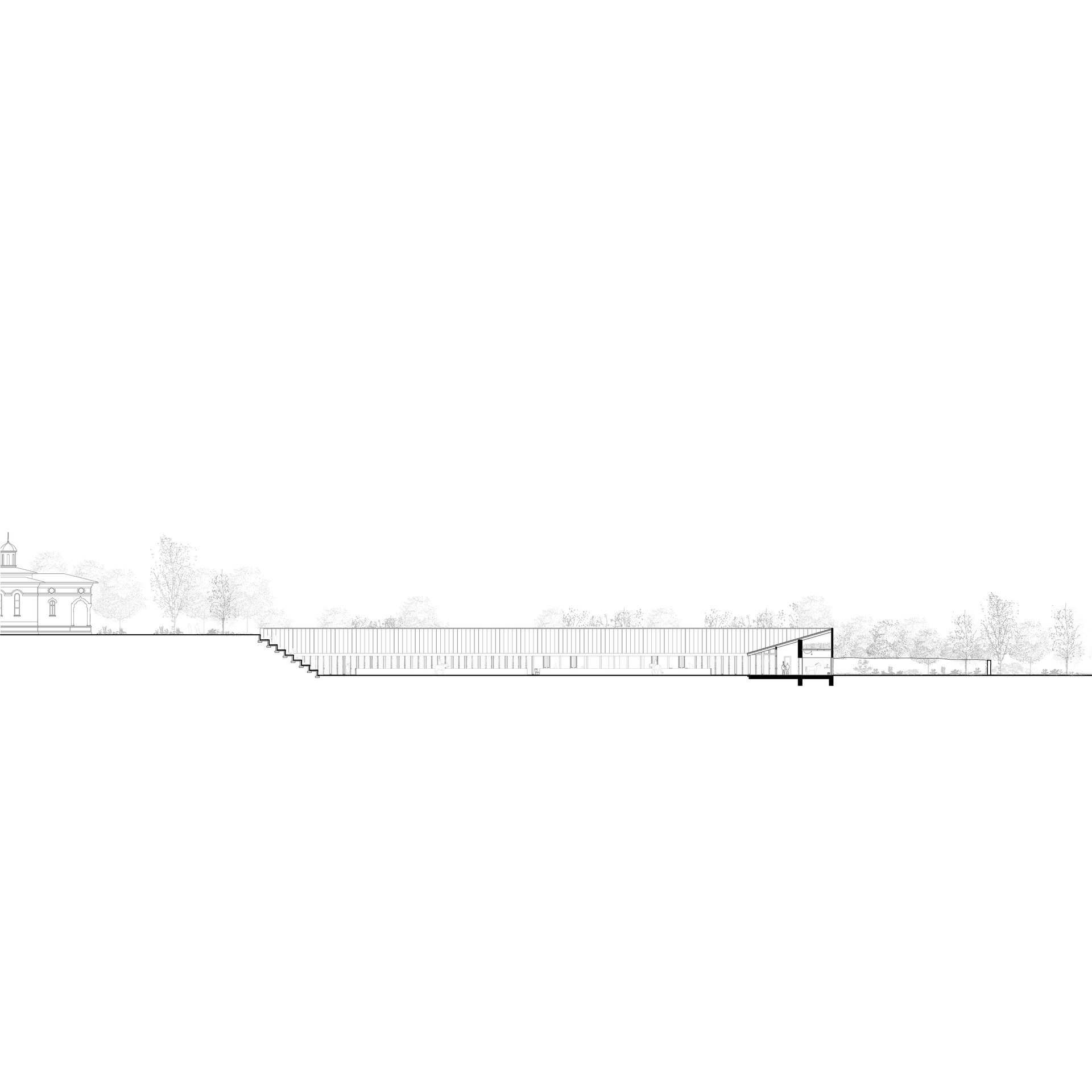 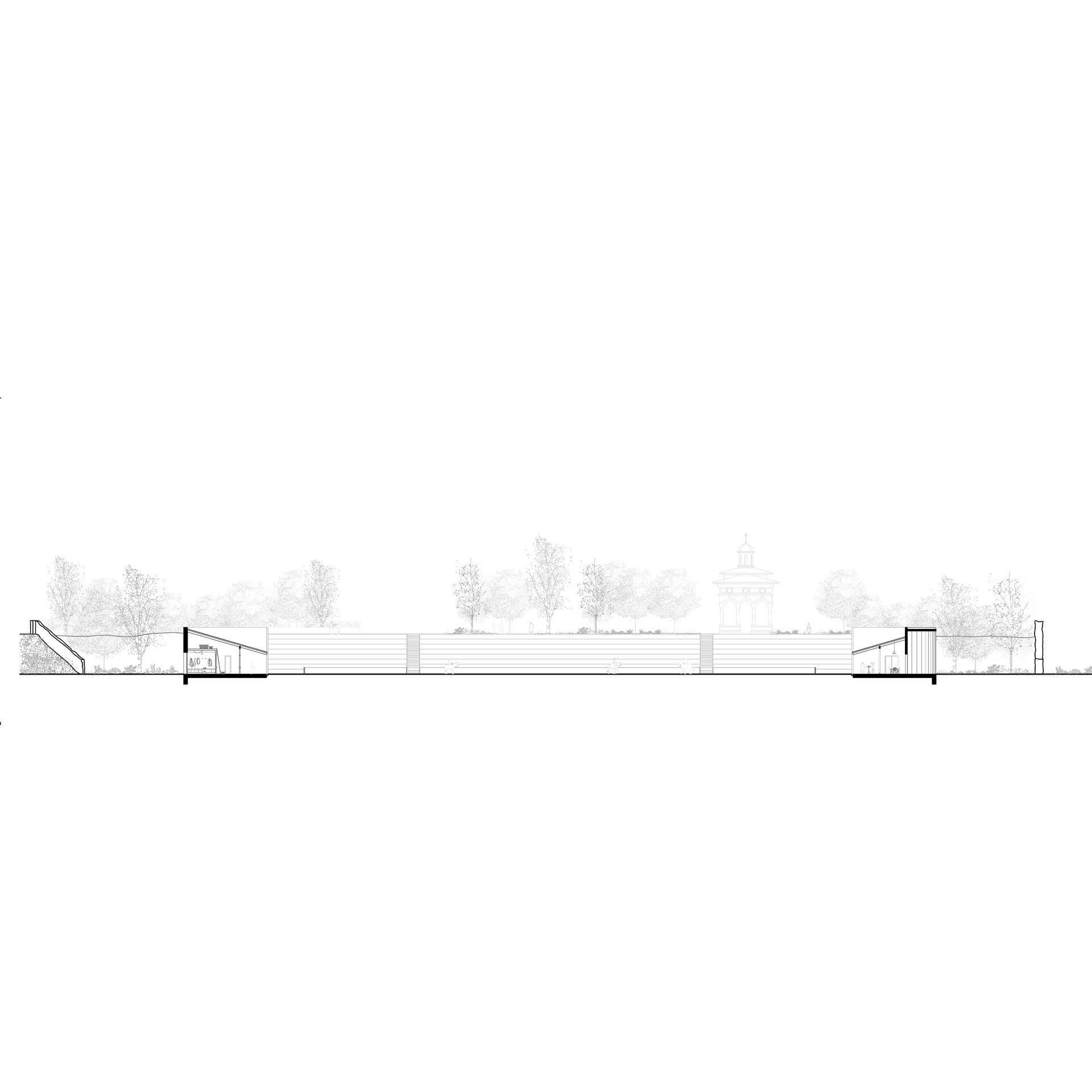 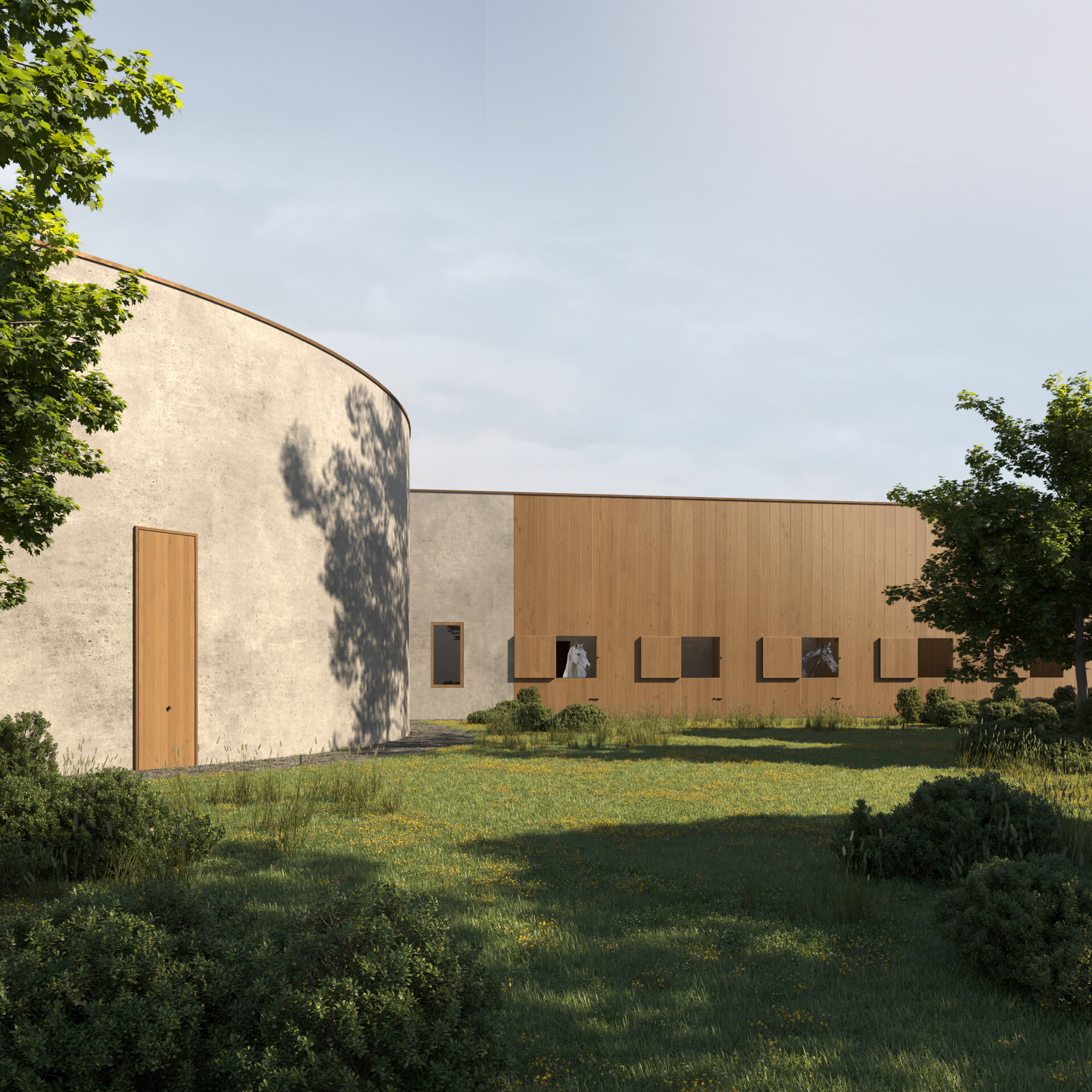 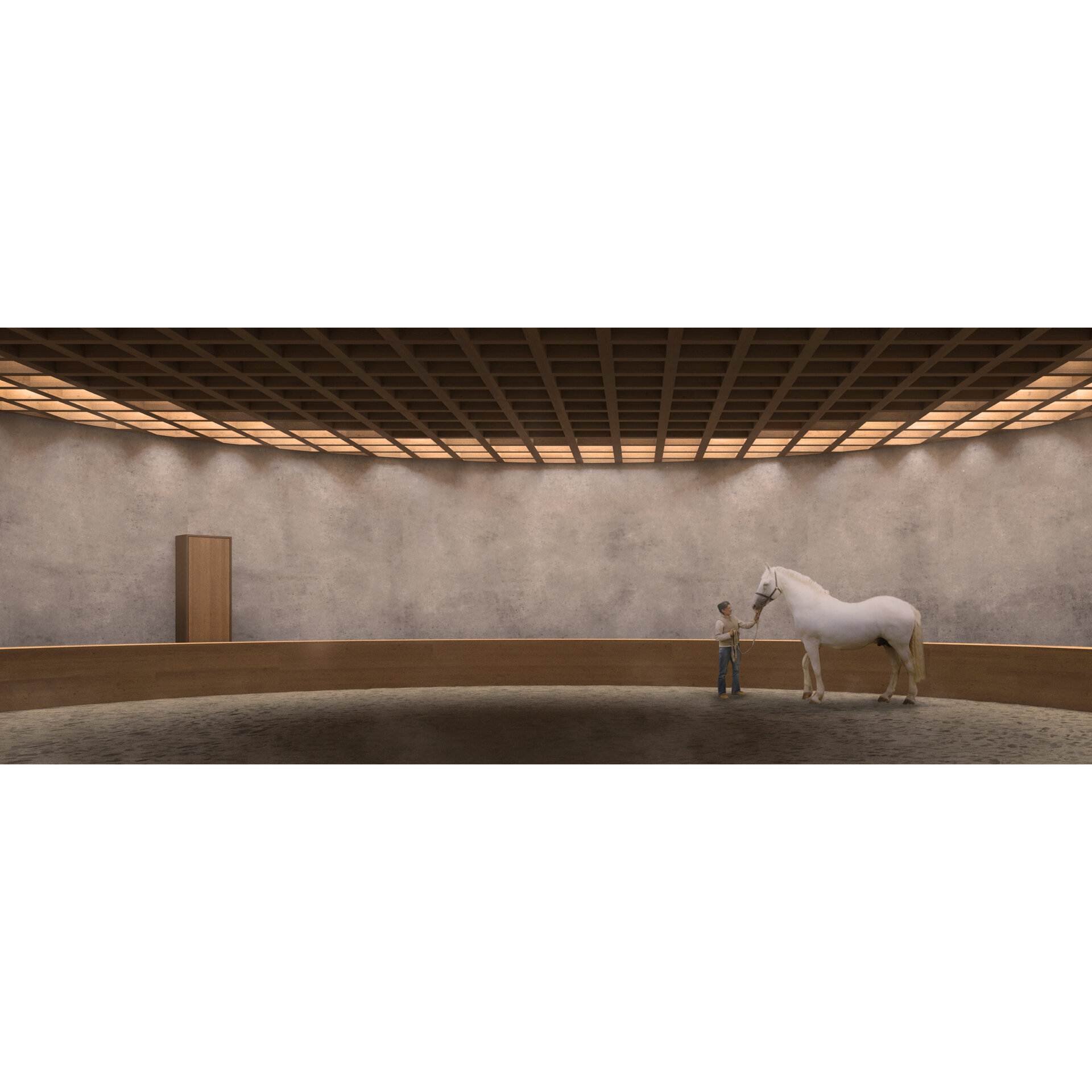 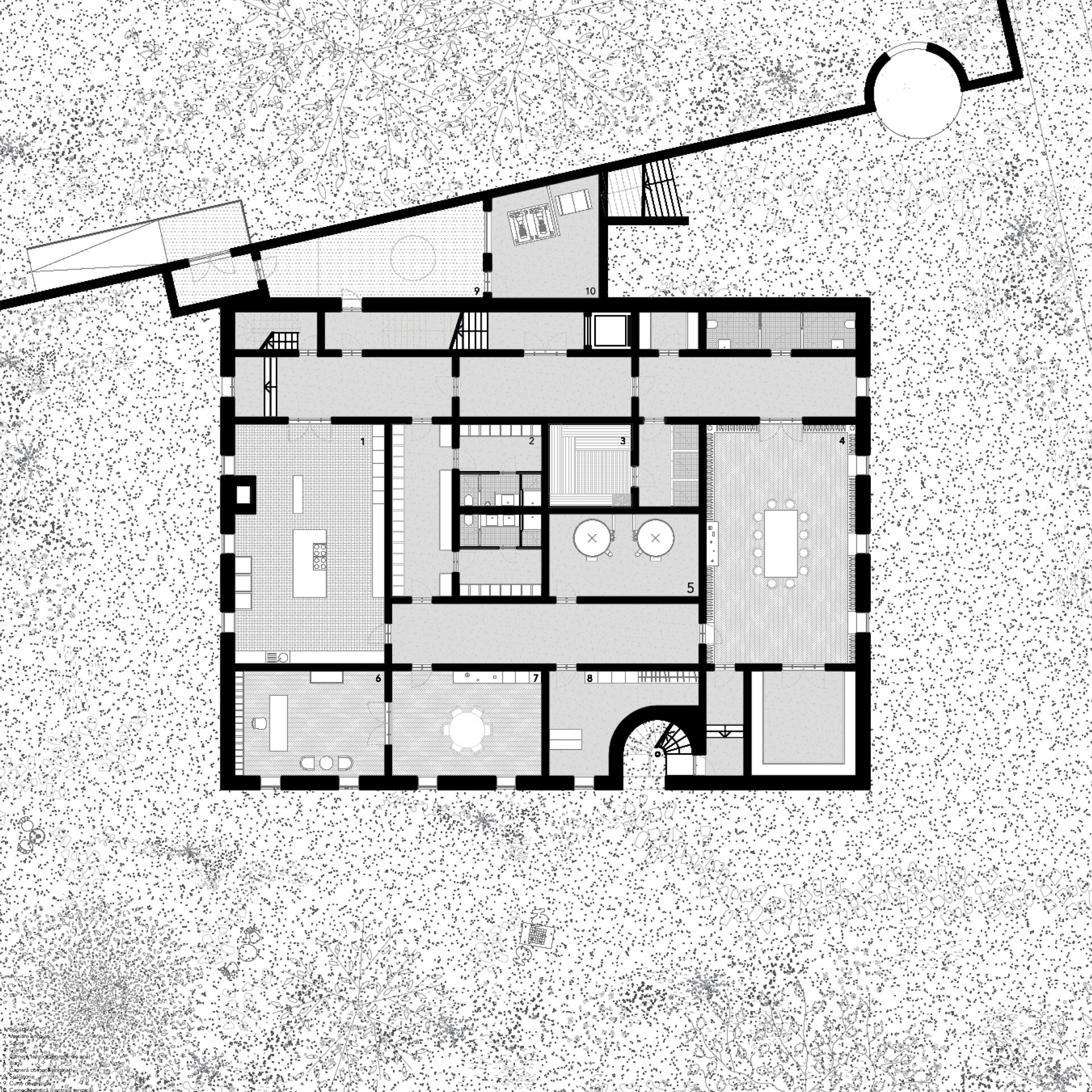 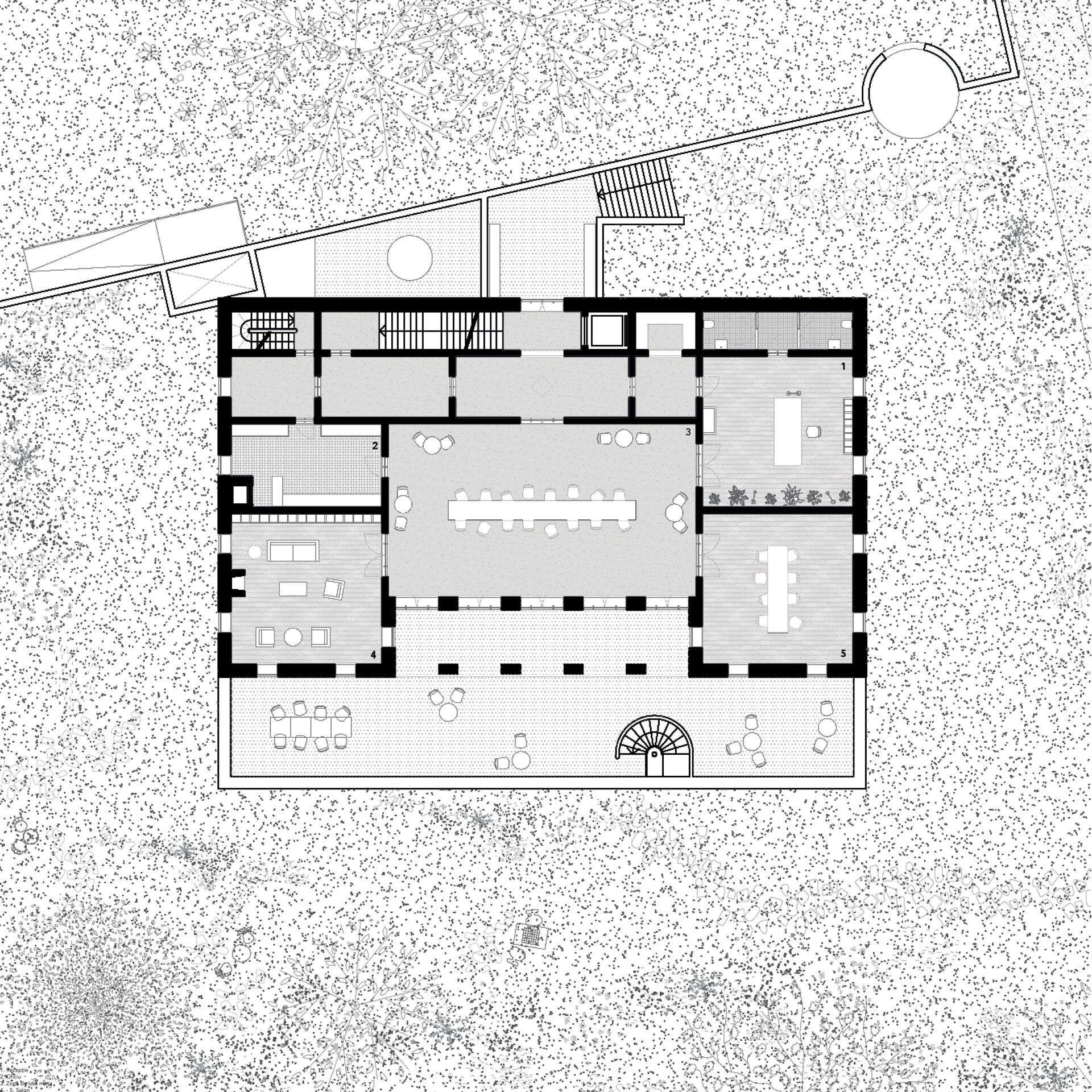 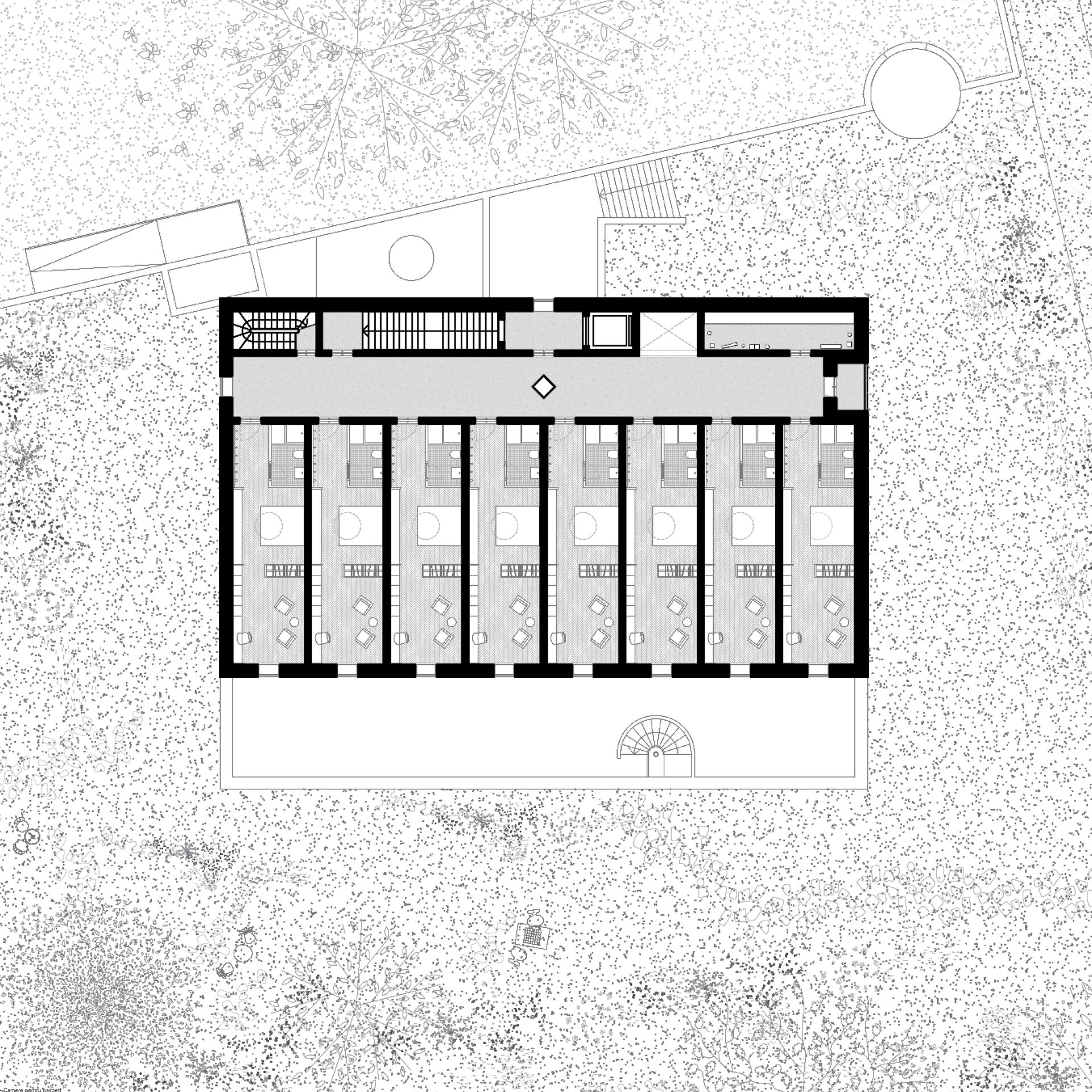 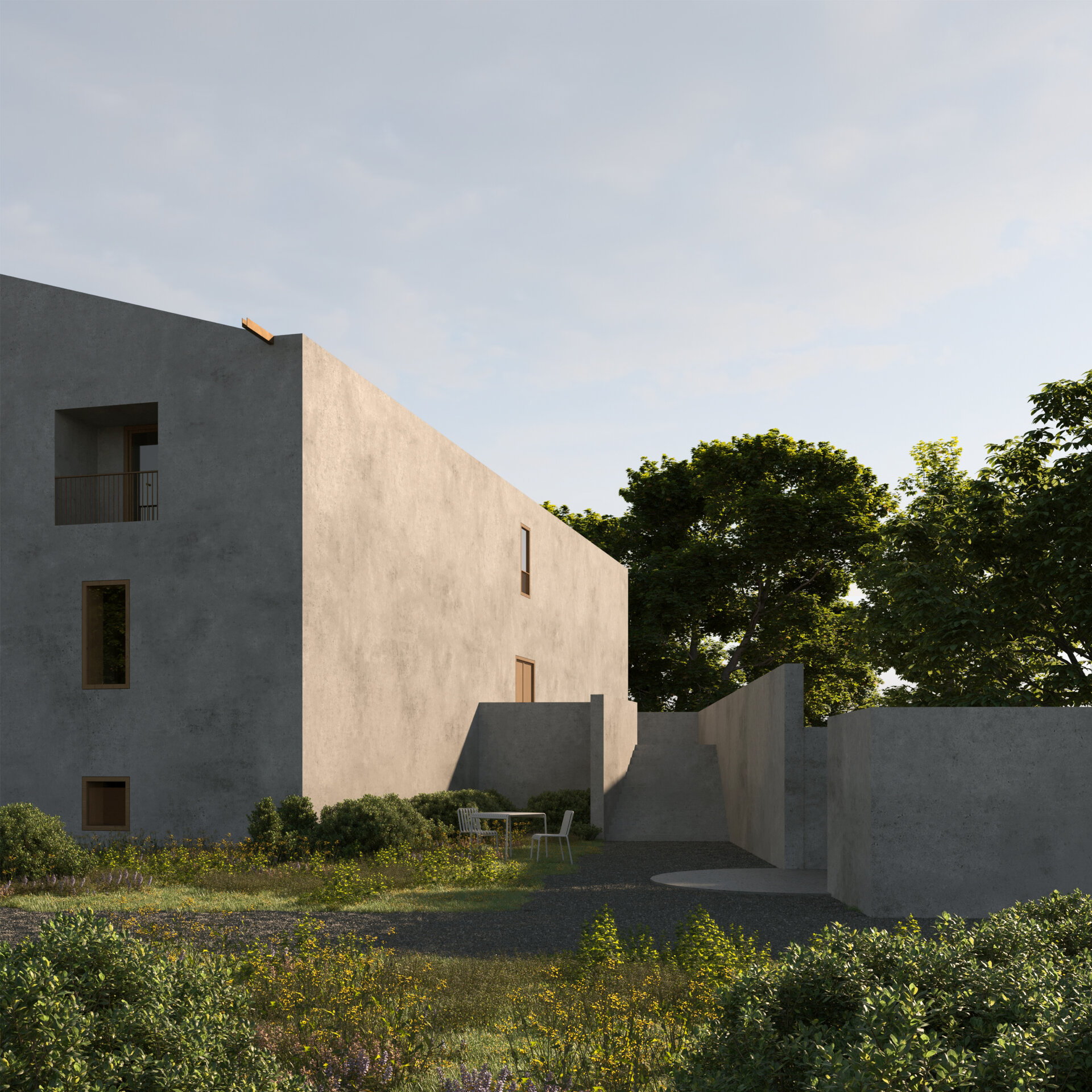 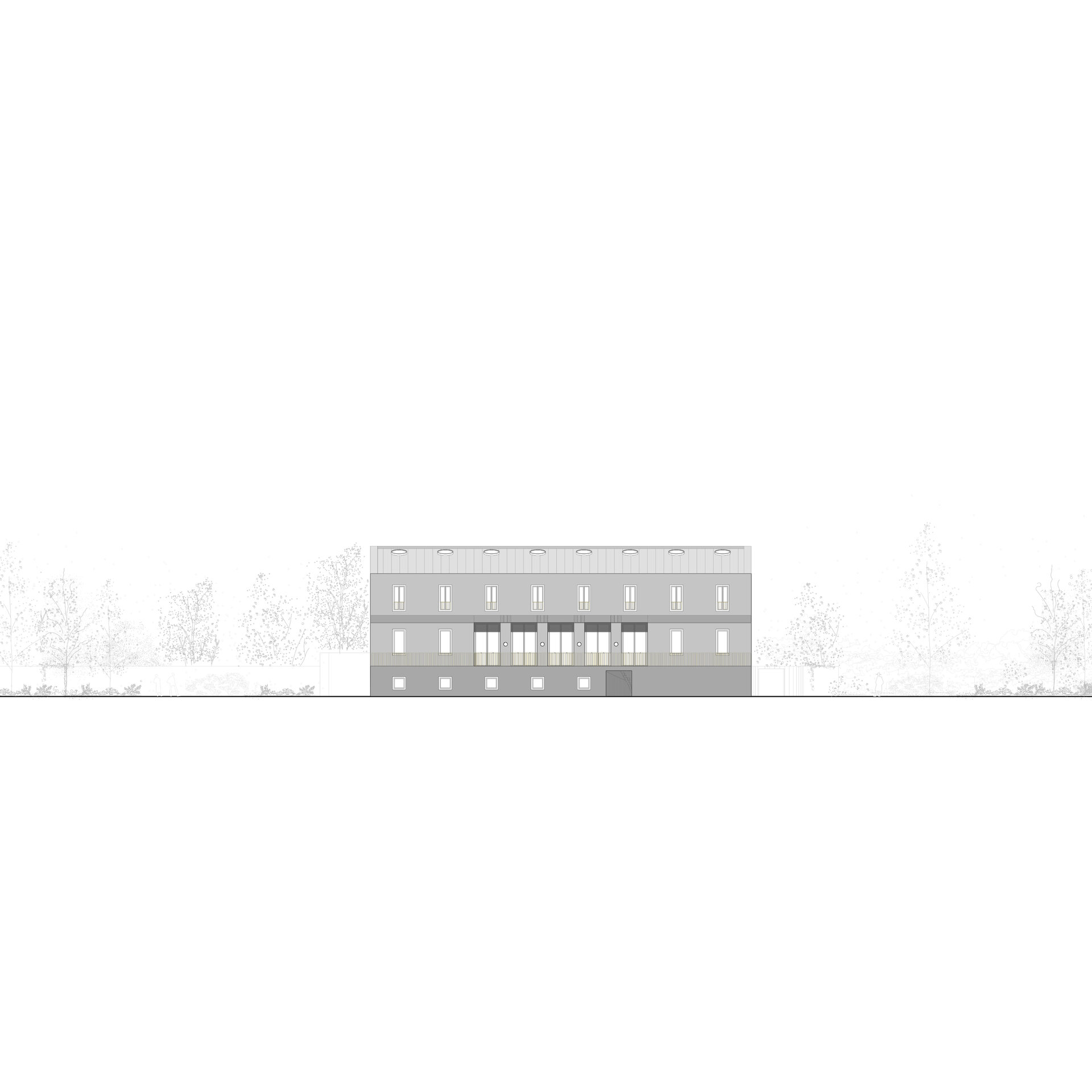 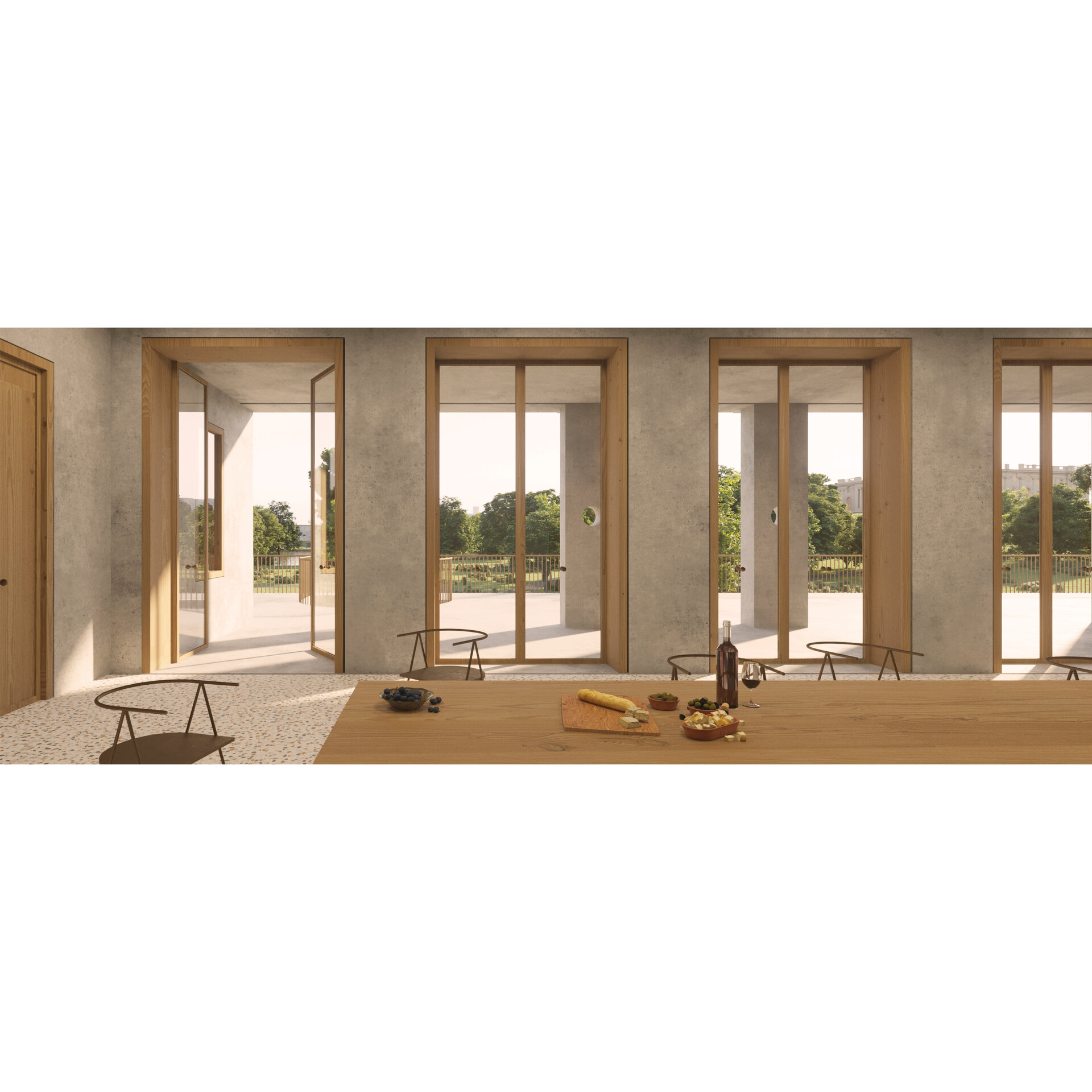 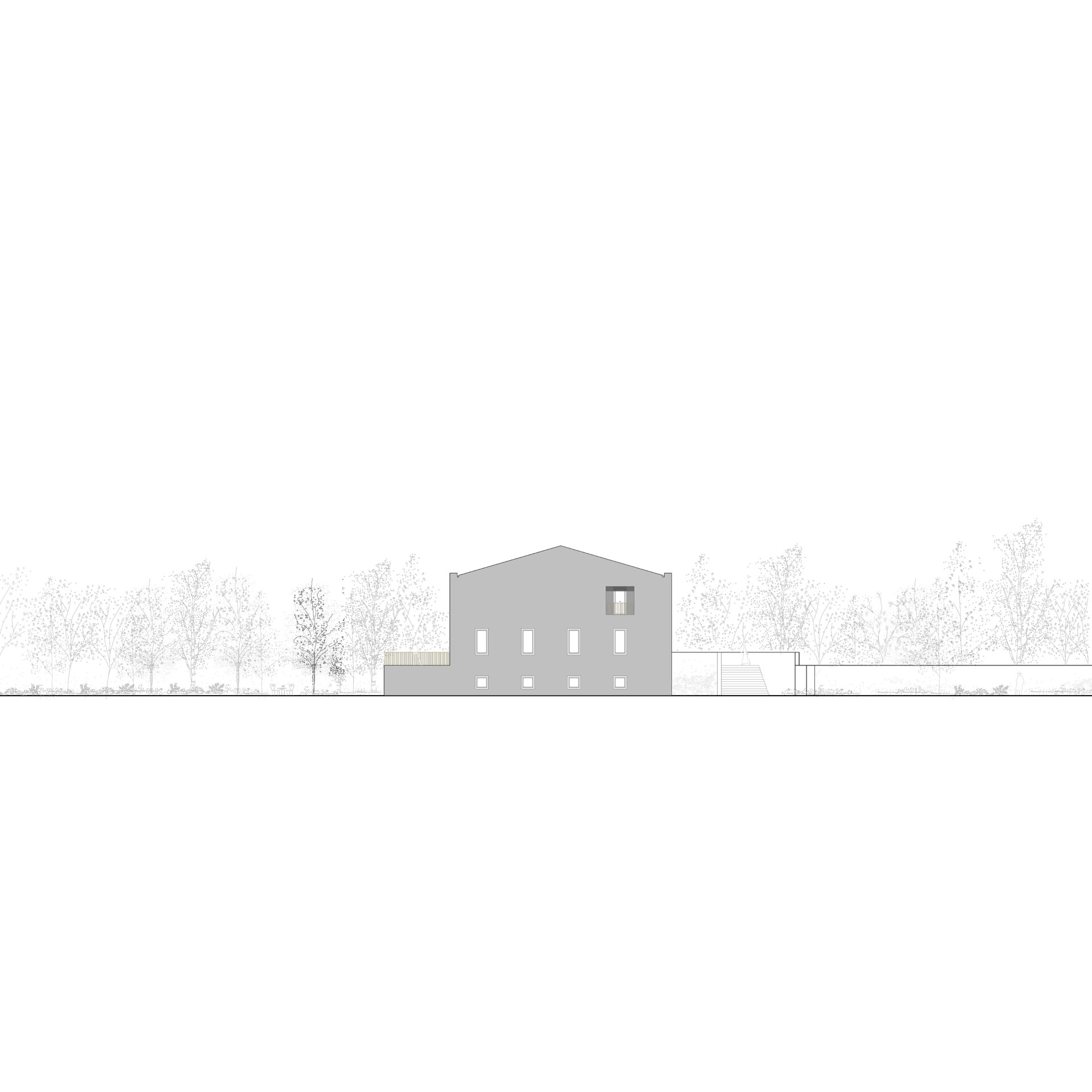 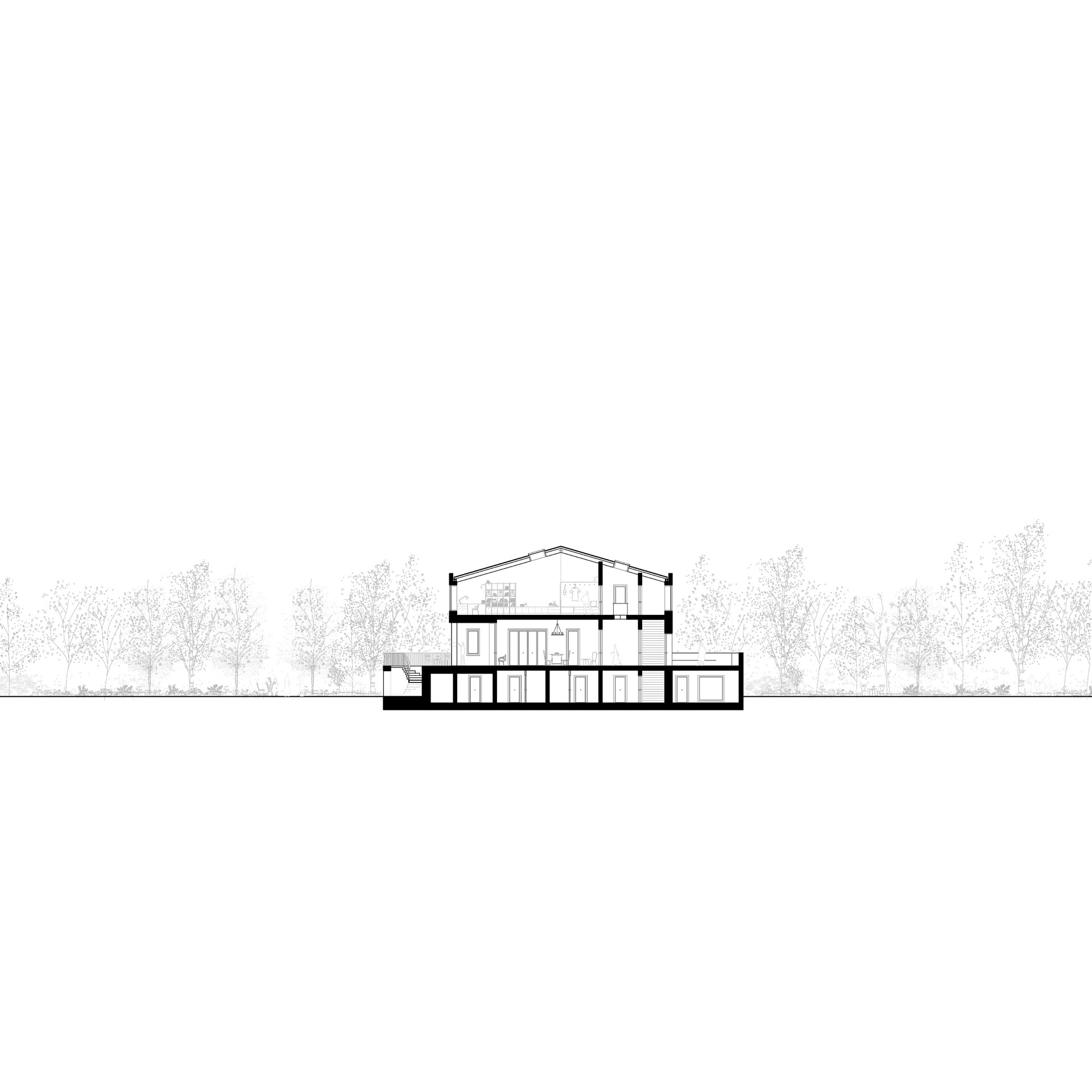 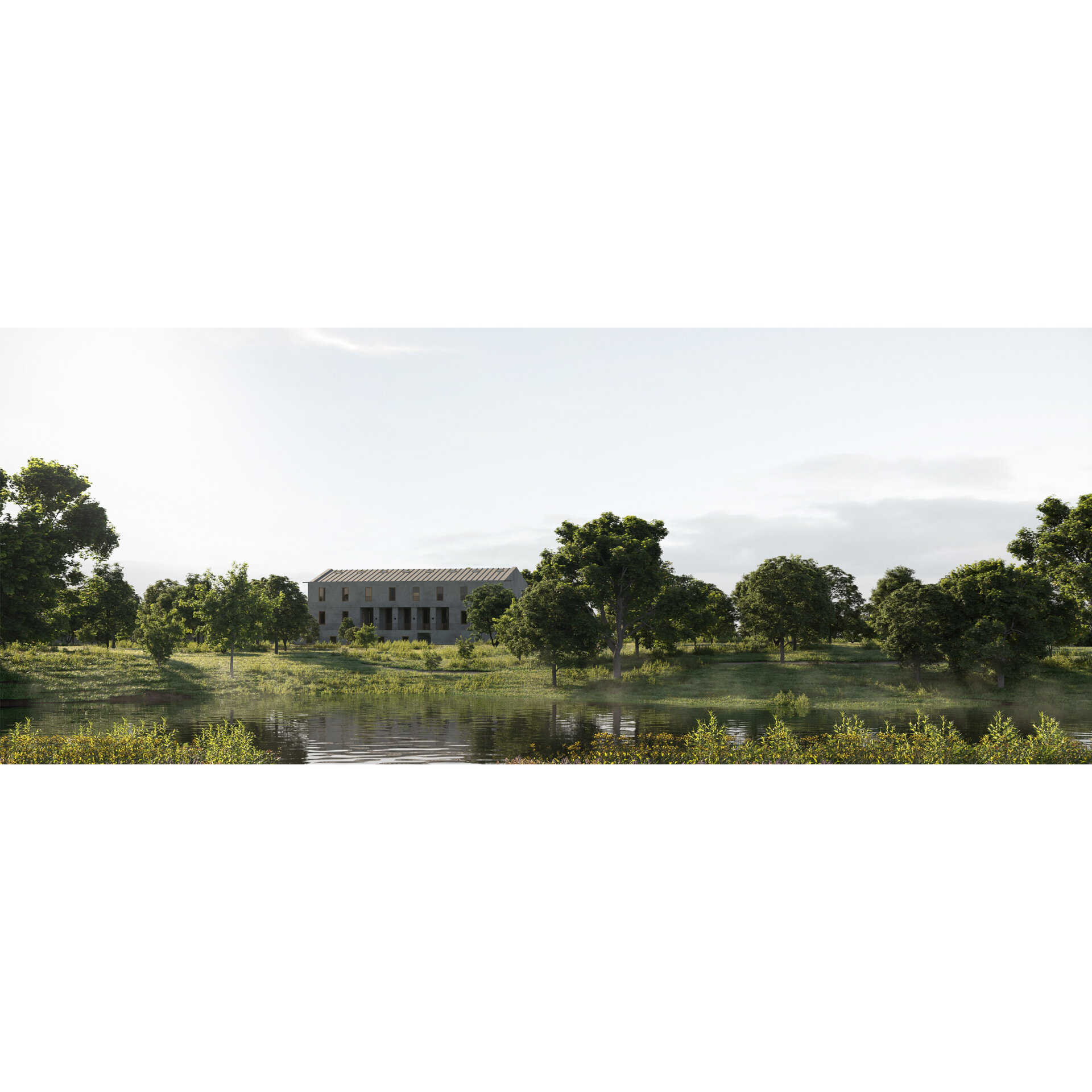