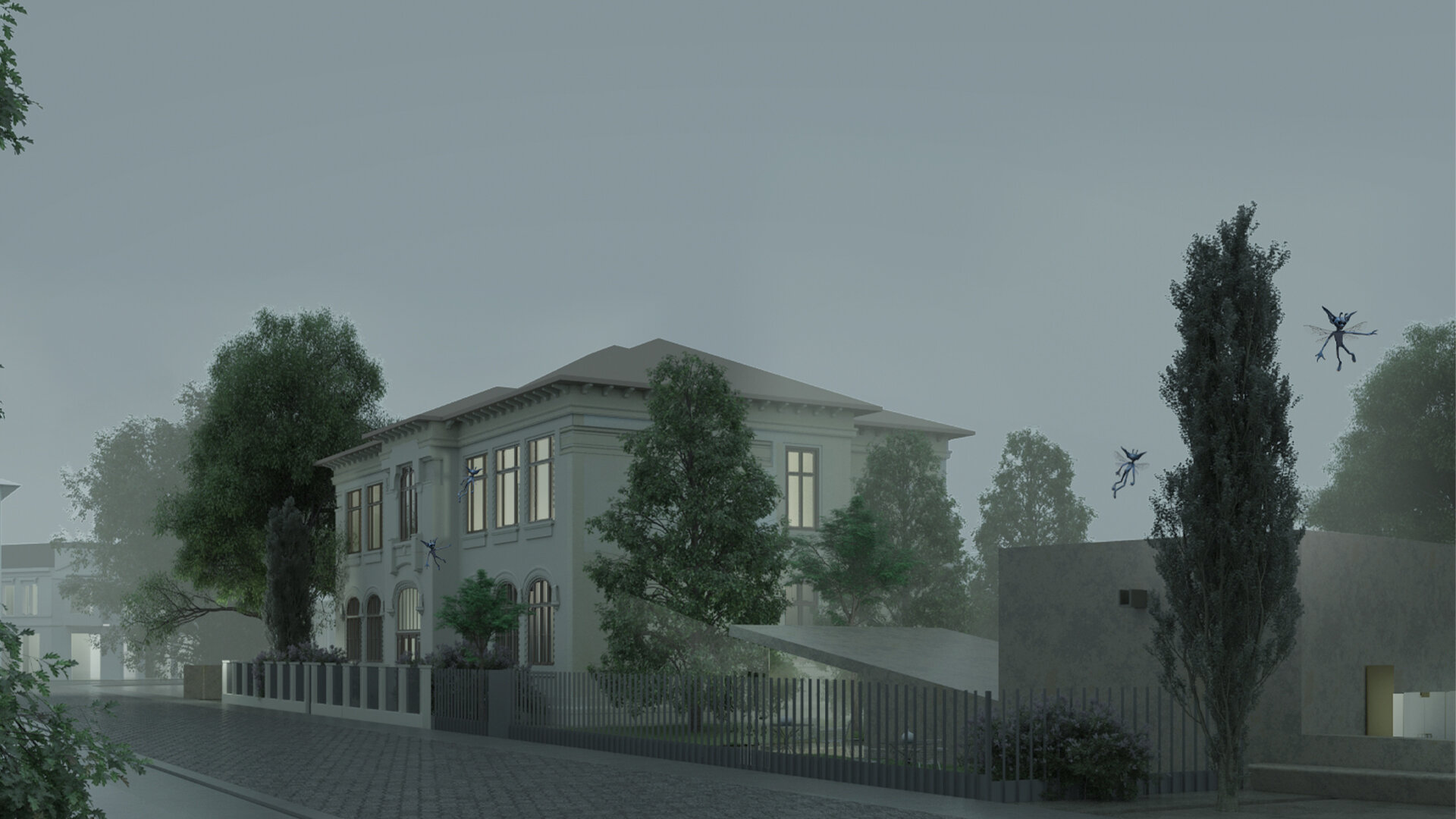 A courtyard with music. Arts highschool in Bucharest 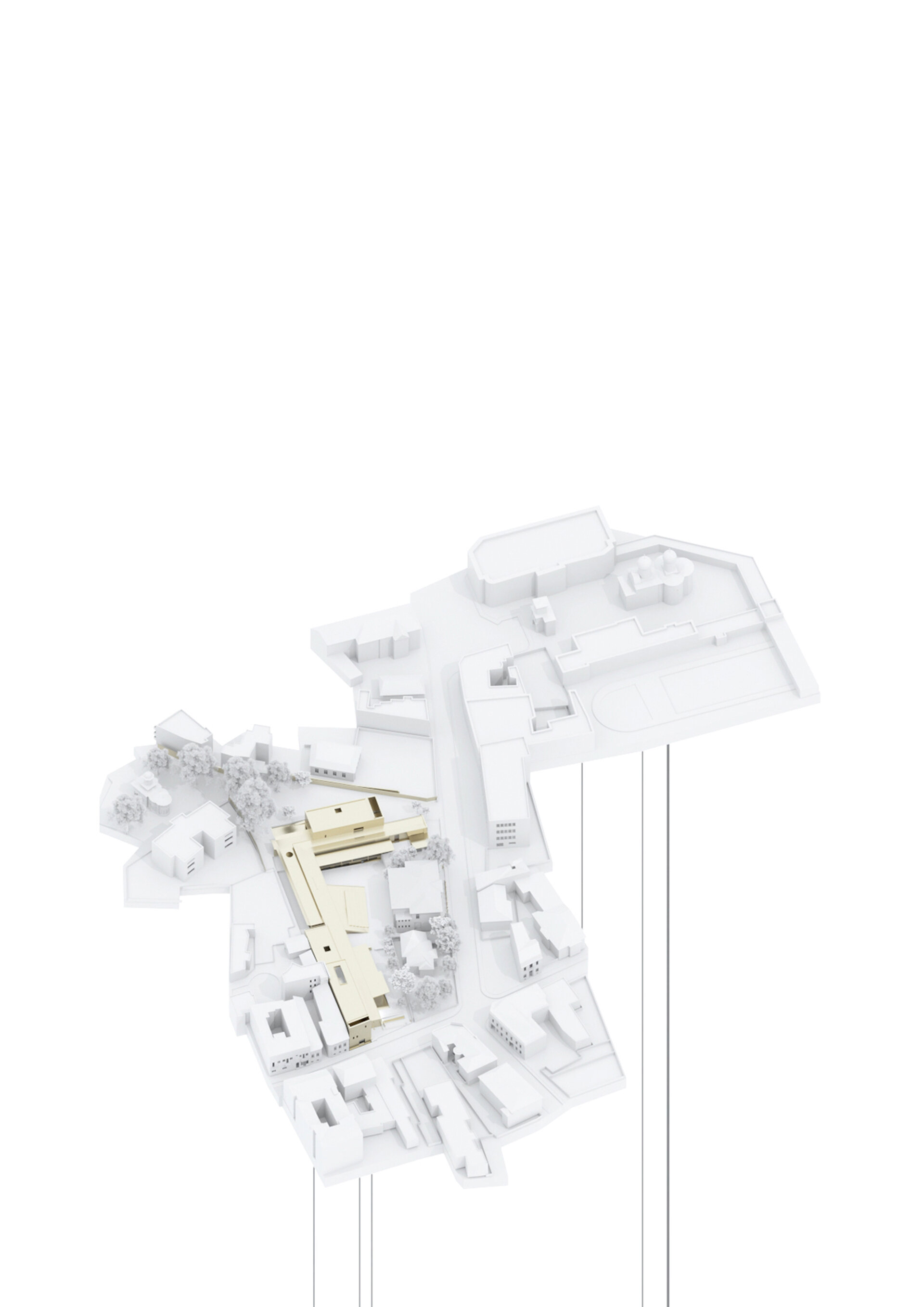 Inside the Antim neighborhood, on Justiției street, one can (still) find the abandoned building of the Elisabethan Institute. Here, more than 150 years ago, the first school for girls to teach in Romanian language was founded, in Bucharest. Aiming to initiate a discussion about the hidden potential of the diffuse built heritage of Bucharest, the project pursues to retrieve this forgotten fragment of the city, returning it to its initial community - the students. The sounds of a violin, a few piano notes or the incisive rhythm of some drums can be heard from the studying spaces that are articulated to the spine – the unifying gesture through the whole site.
The interior space becomes one with the exterior space, as all the classroom and the studying rooms look towards different types of smaller courtyards. Some of them are made for outdoor public concerts, some of them are hidden and can be only discovered gradually; the new coexists with the old, having no intention of dominating it.
The main idea of the project revolves around the spine as connecting gesture through the site. It emphasizes the directions of the historical urban fabric, embracing the Institute’s building. Different types of studying spaces are articulated to it, responding to the immediate context as well. Metaphorically, comparing the concept with the structure of a city, the spine would be like a street, a crowded and sometimes loud space, its pockets like some small squares and the study rooms like the houses, the private spaces of the city. 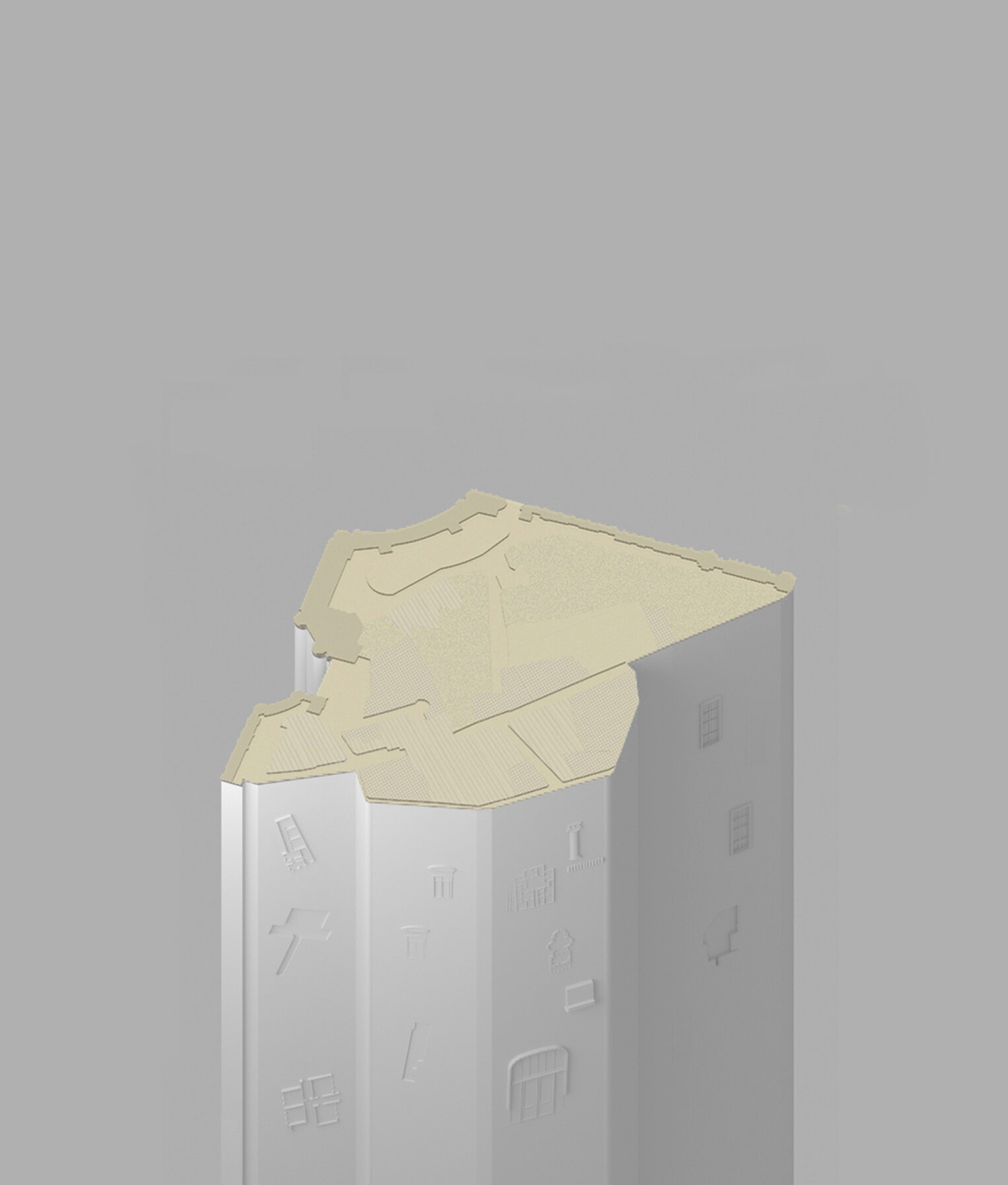 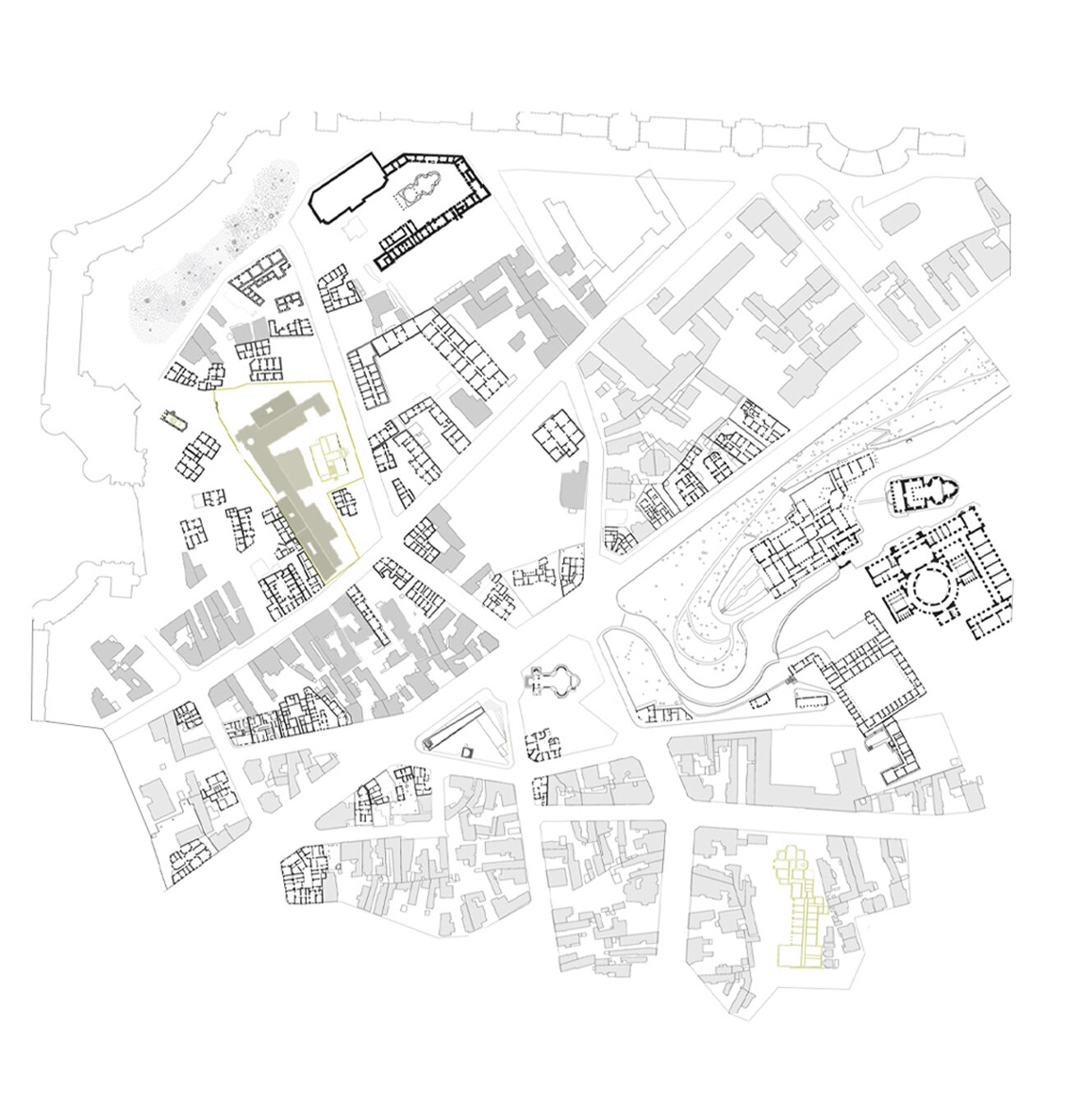 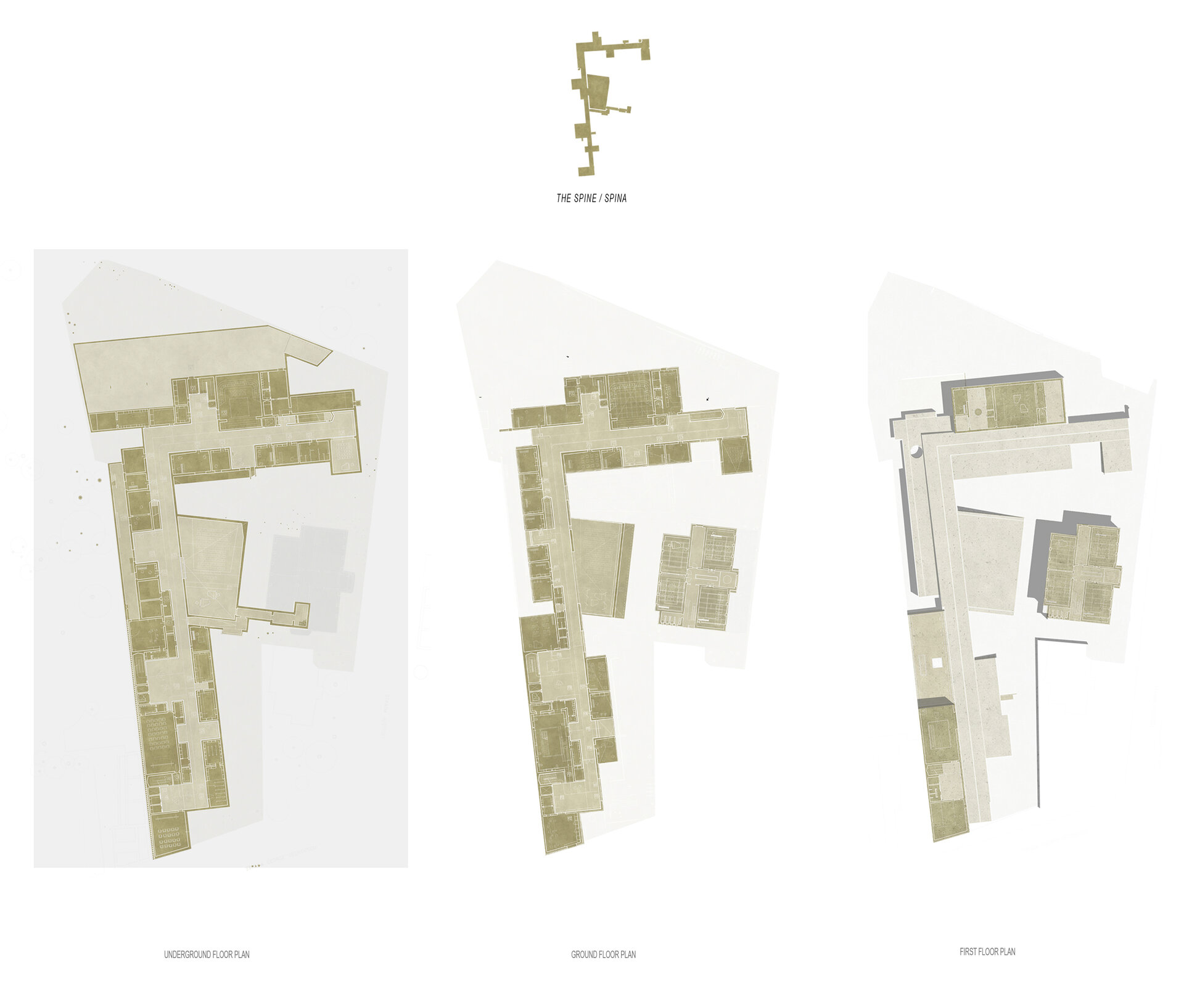 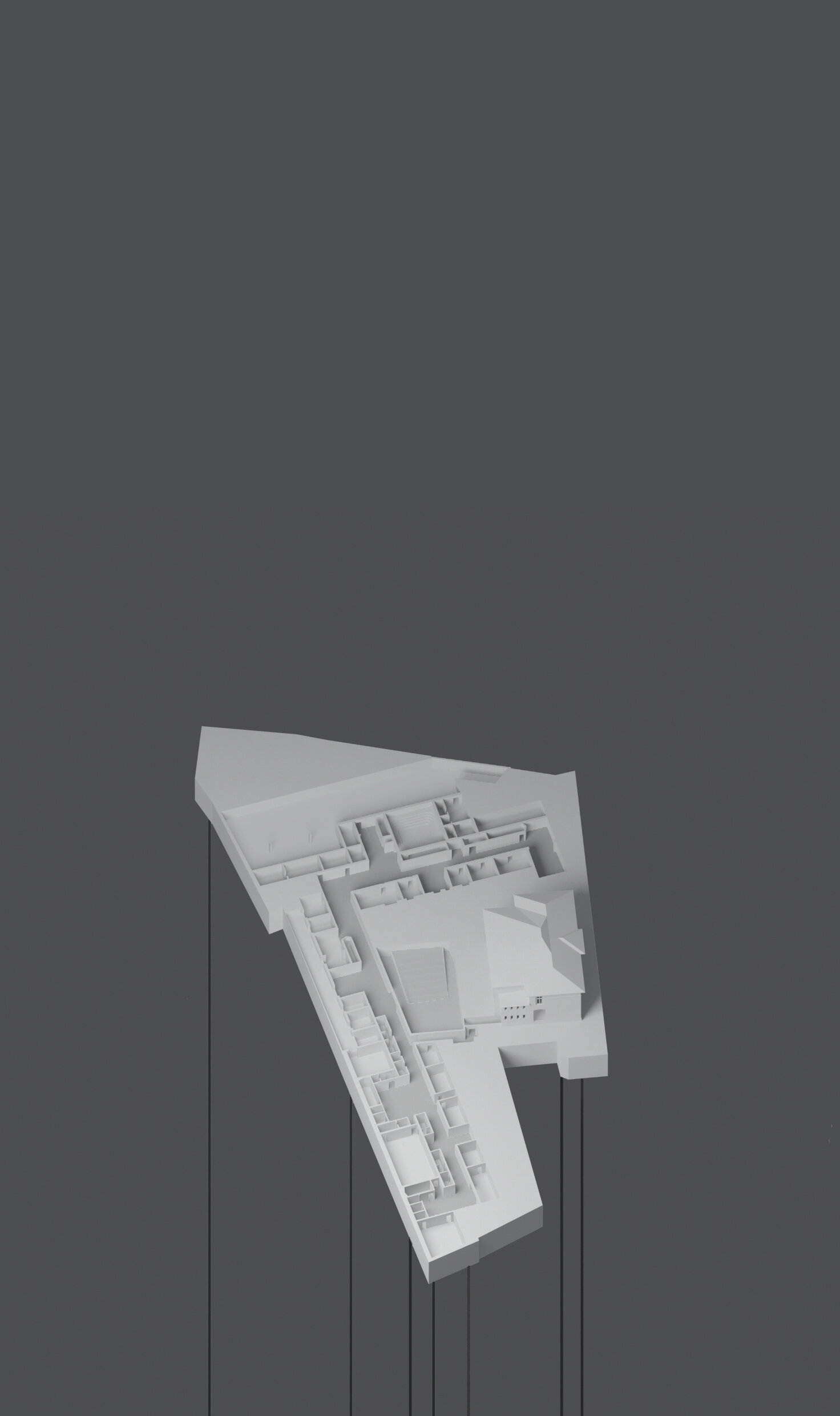 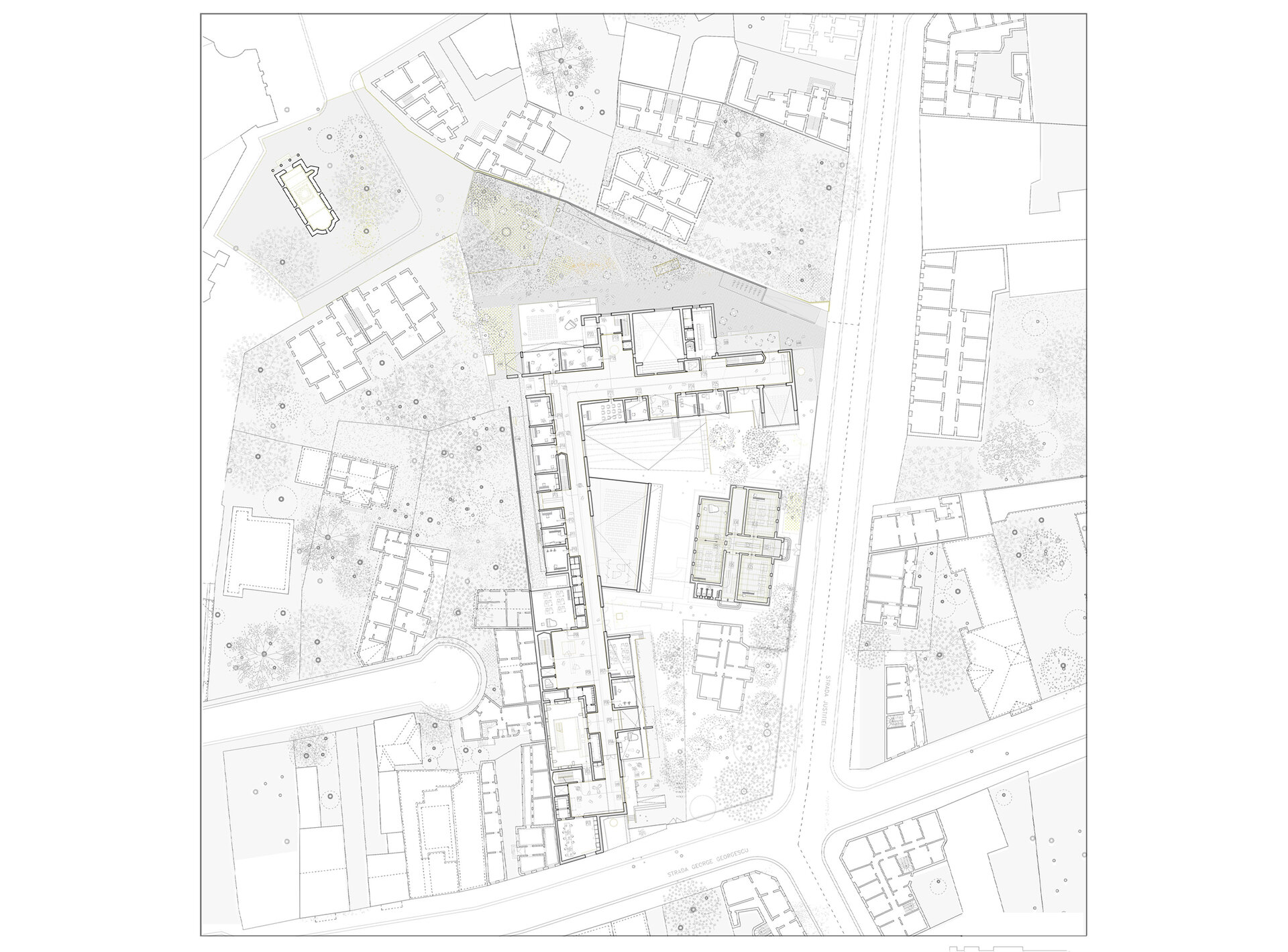 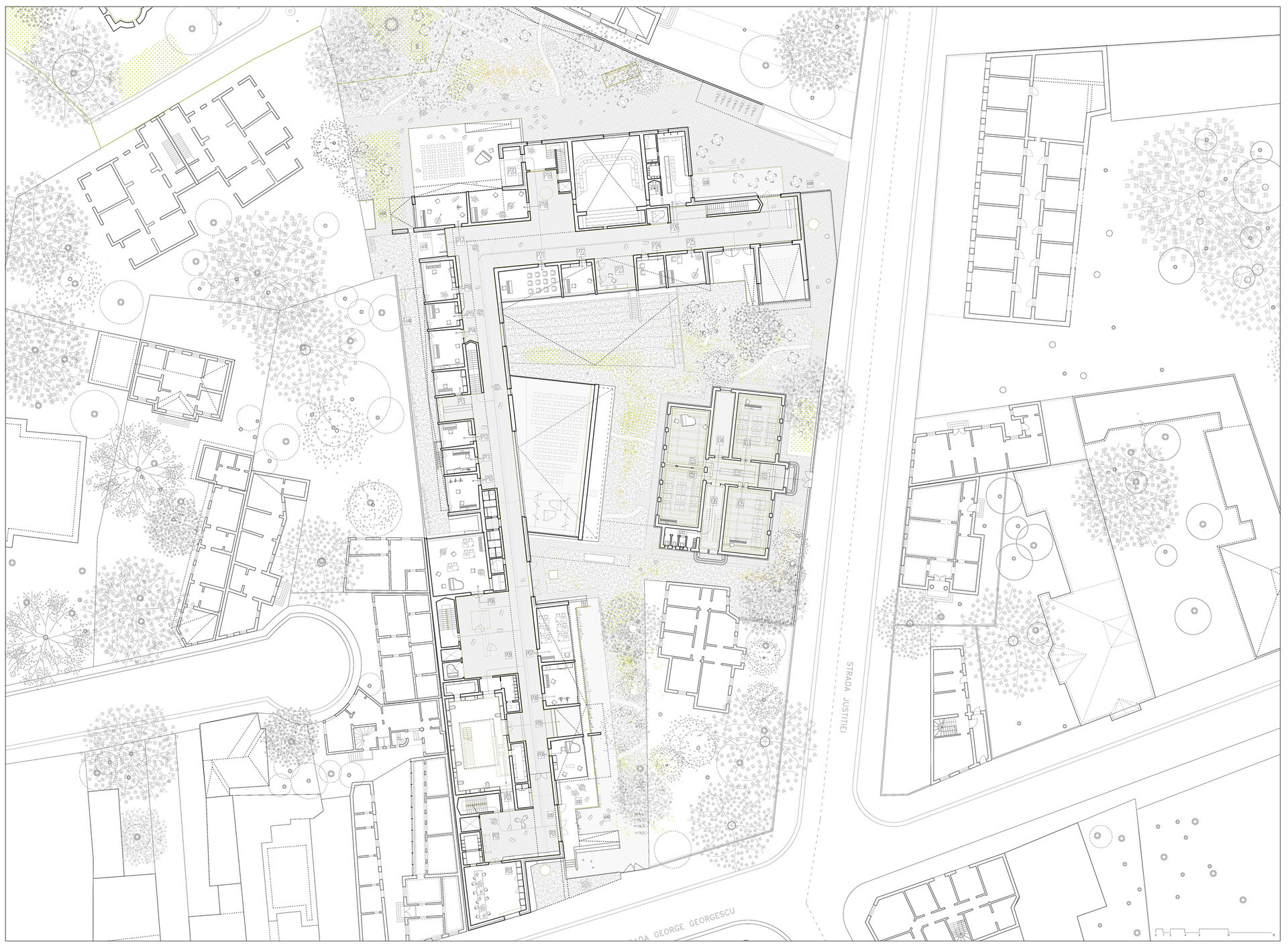 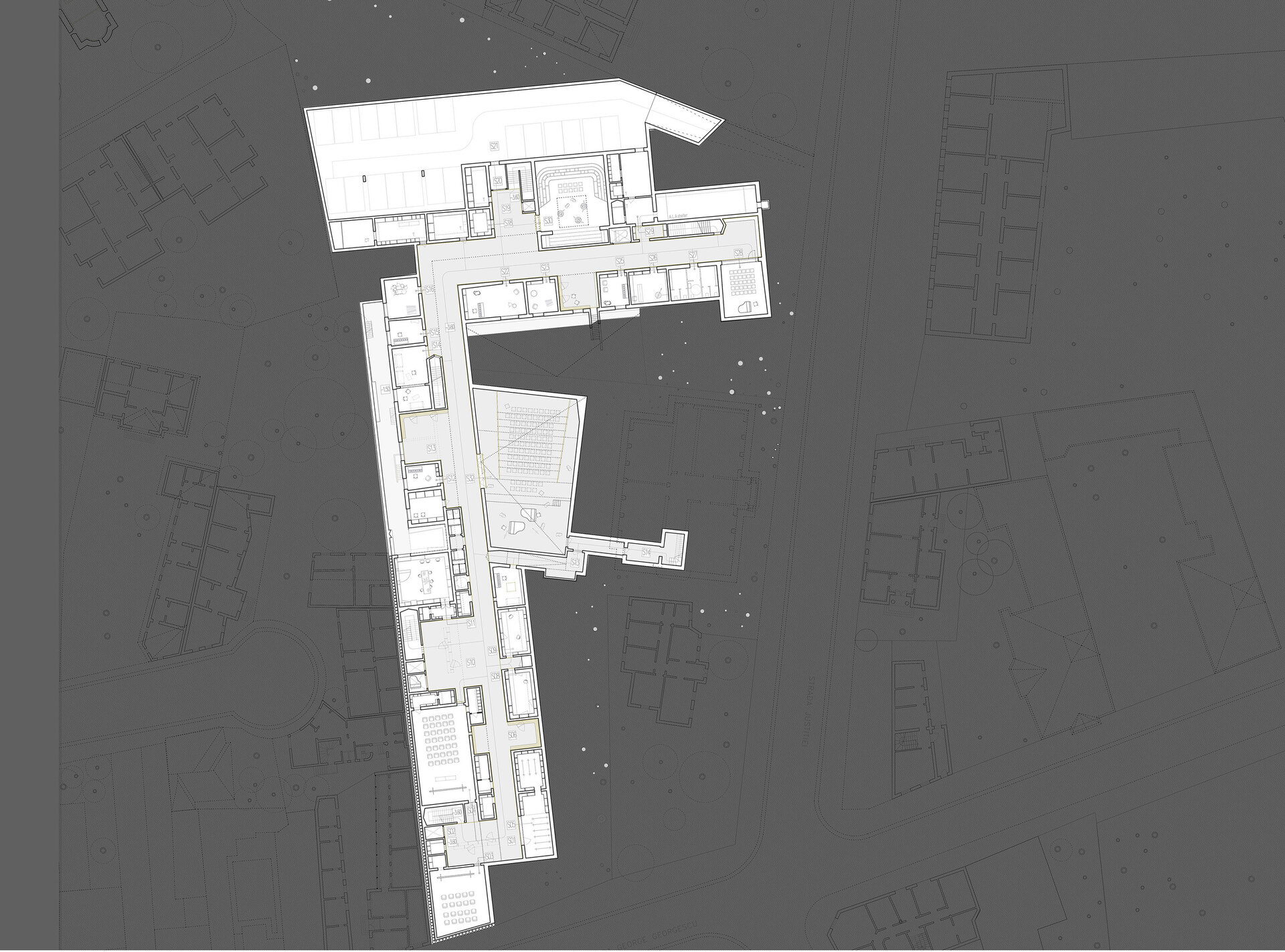 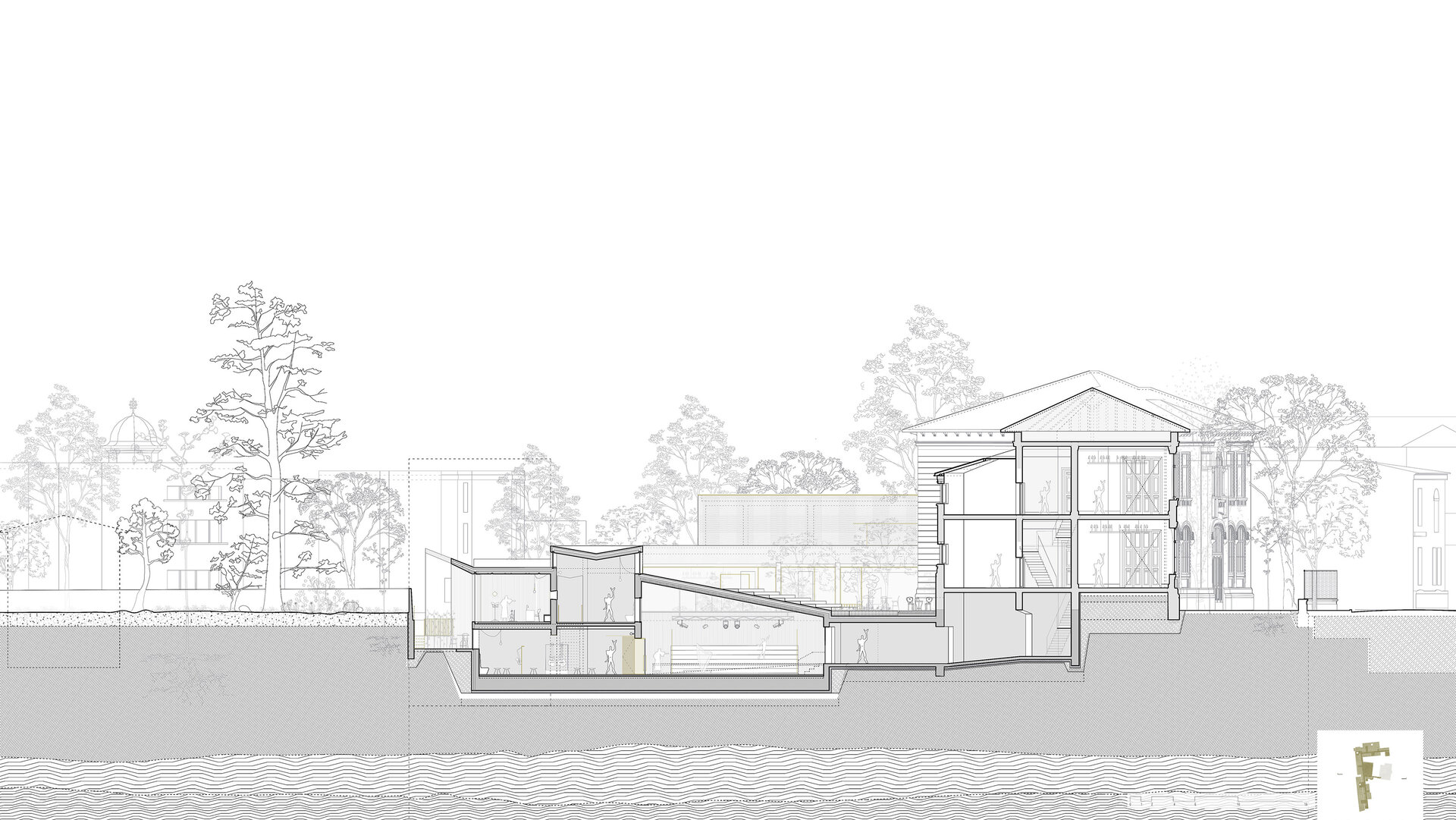 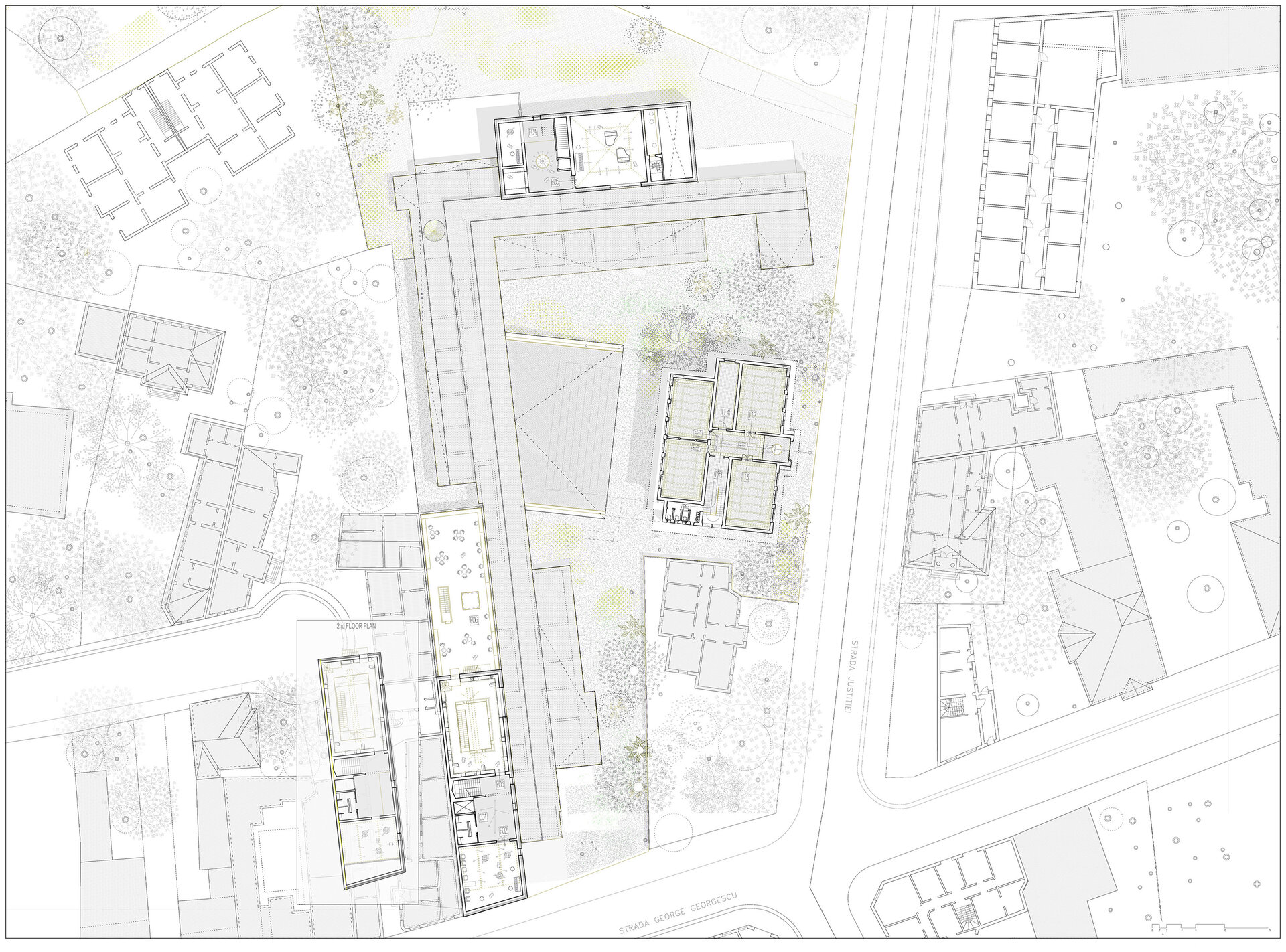 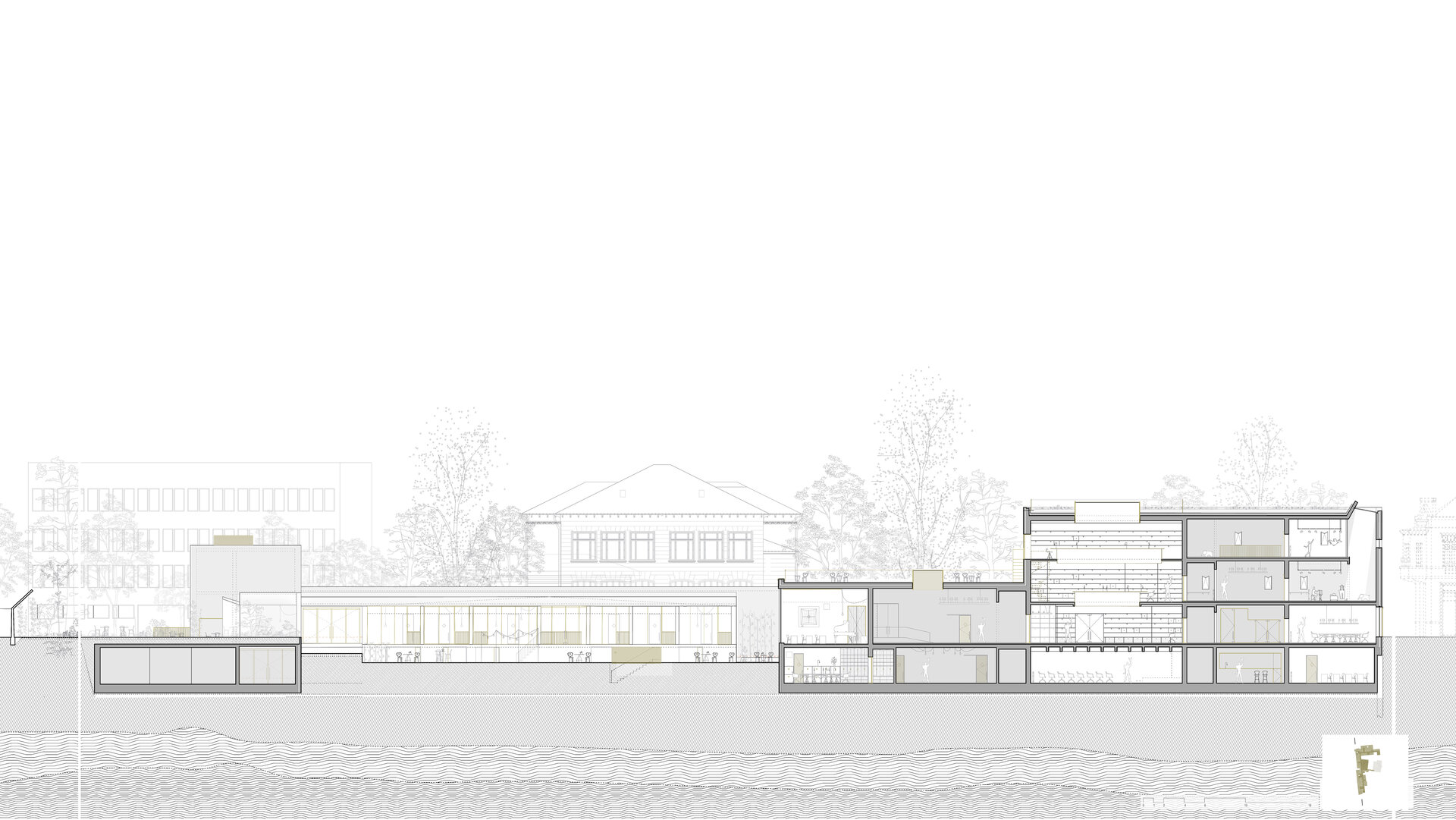 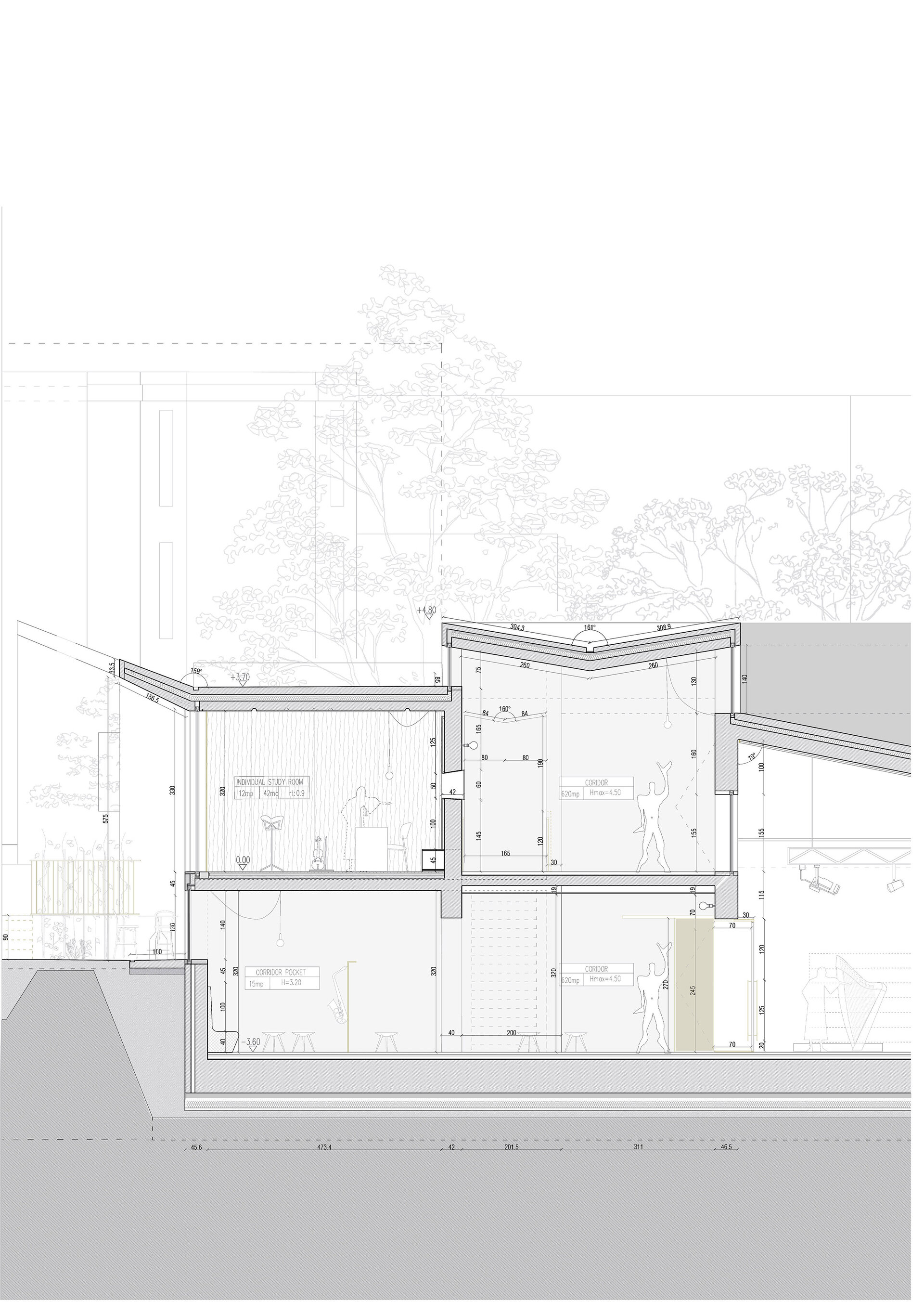 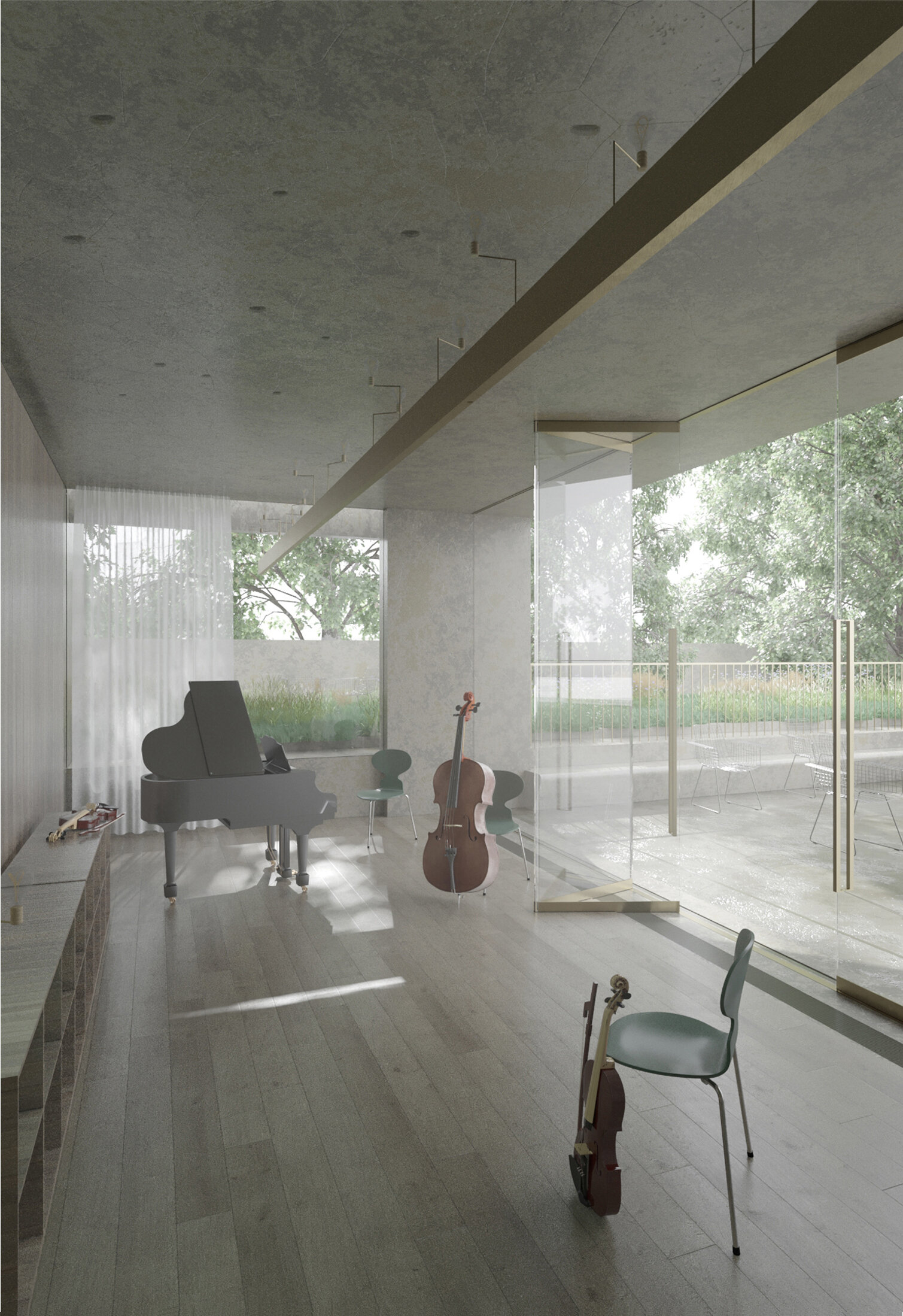 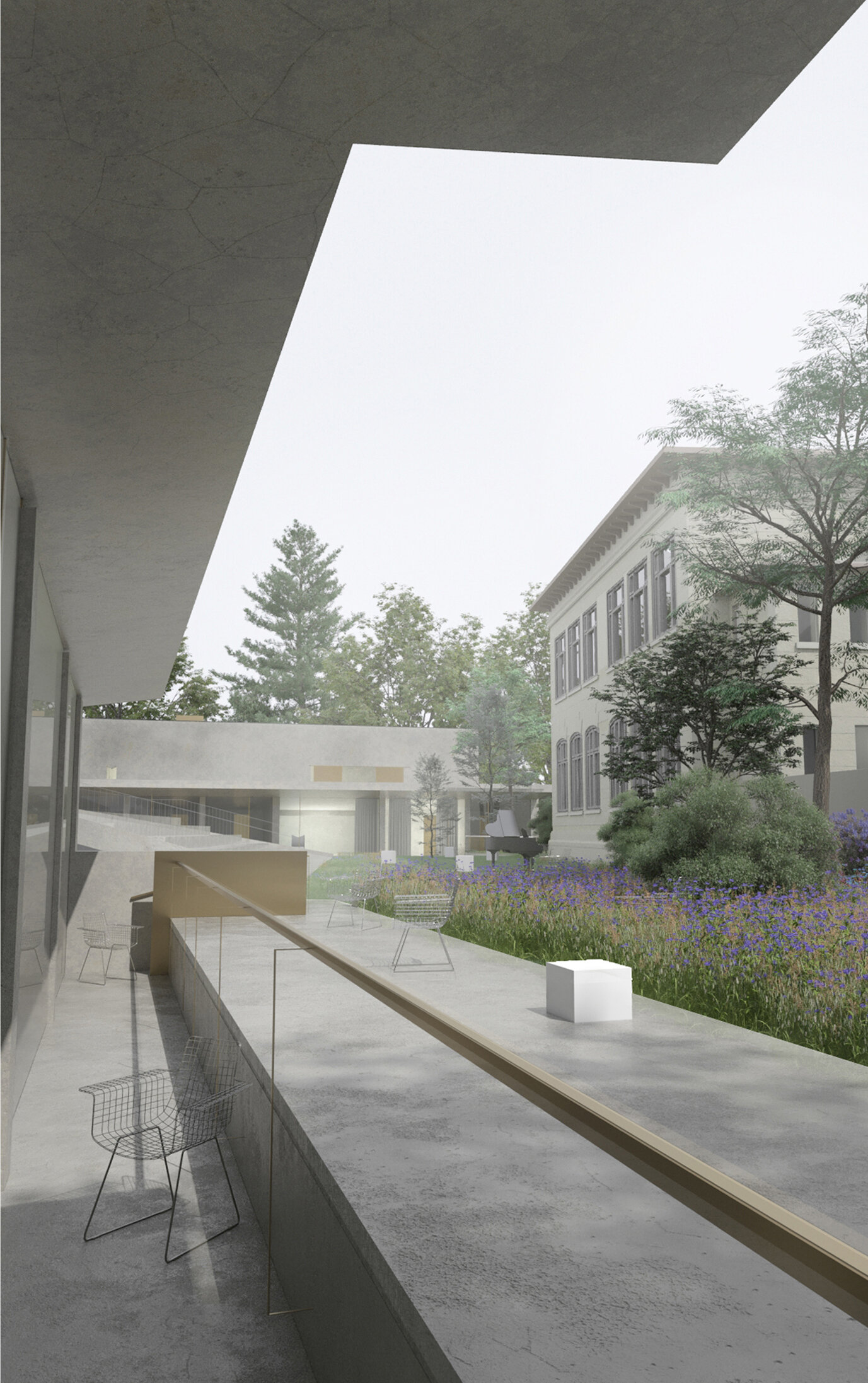 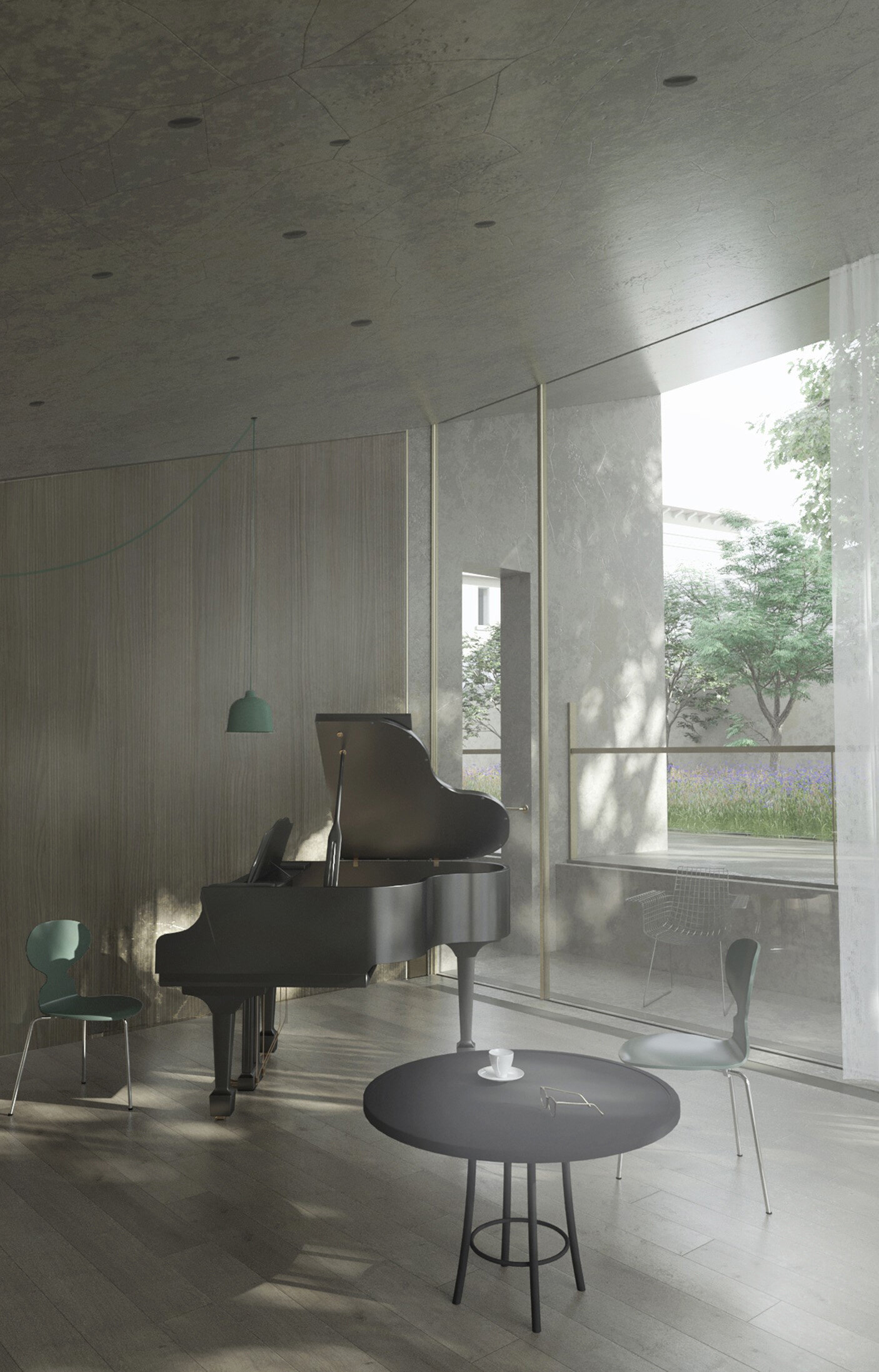 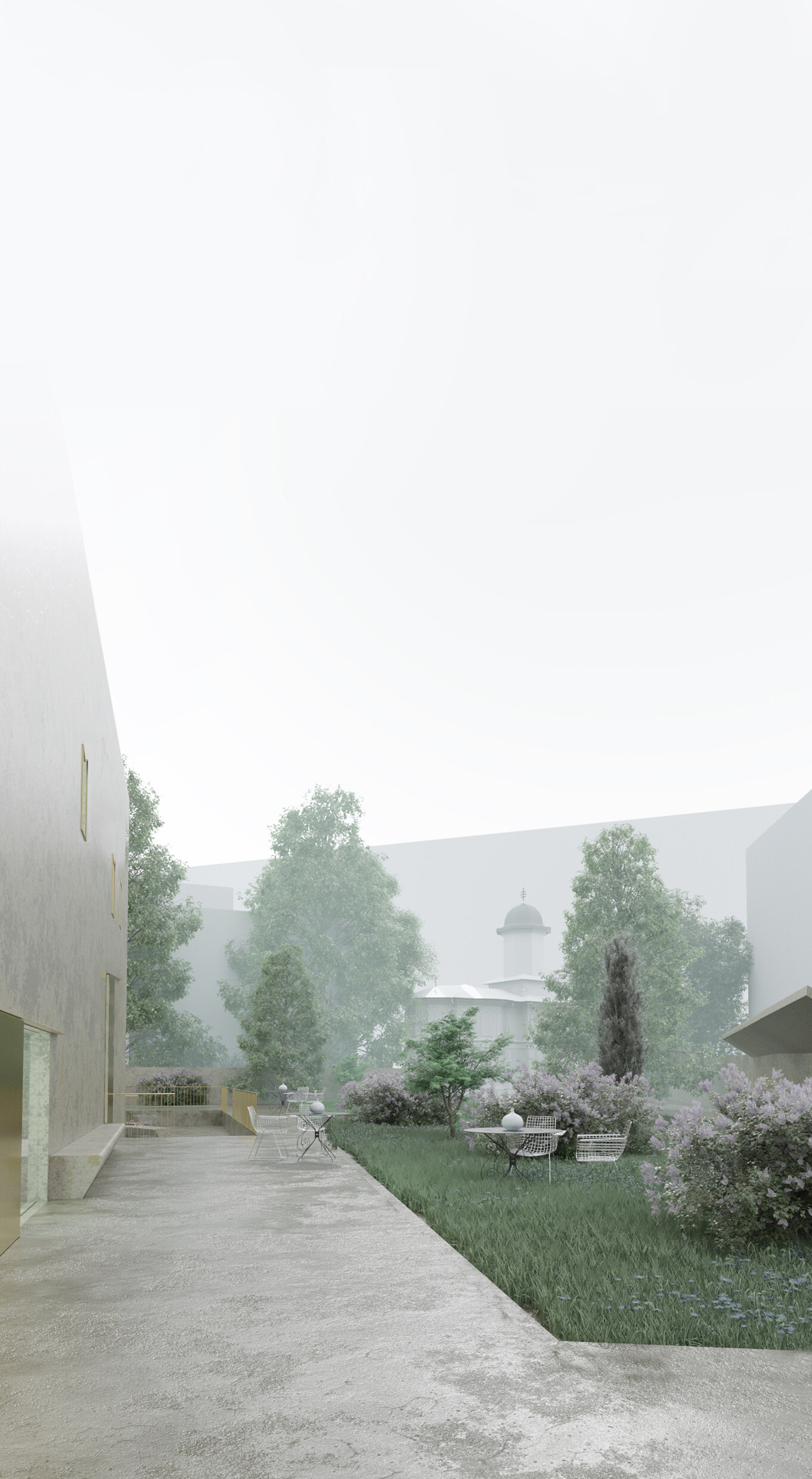 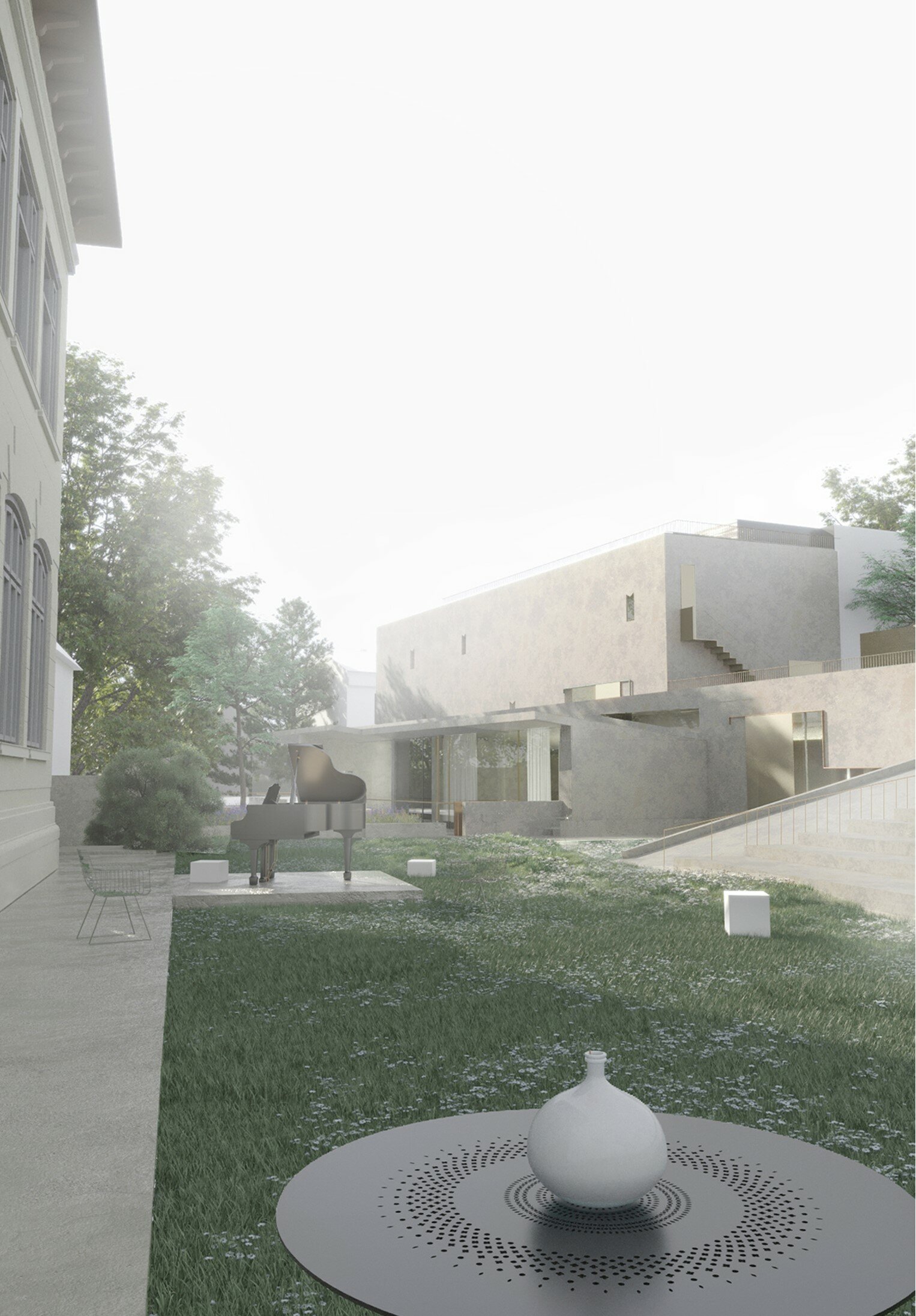 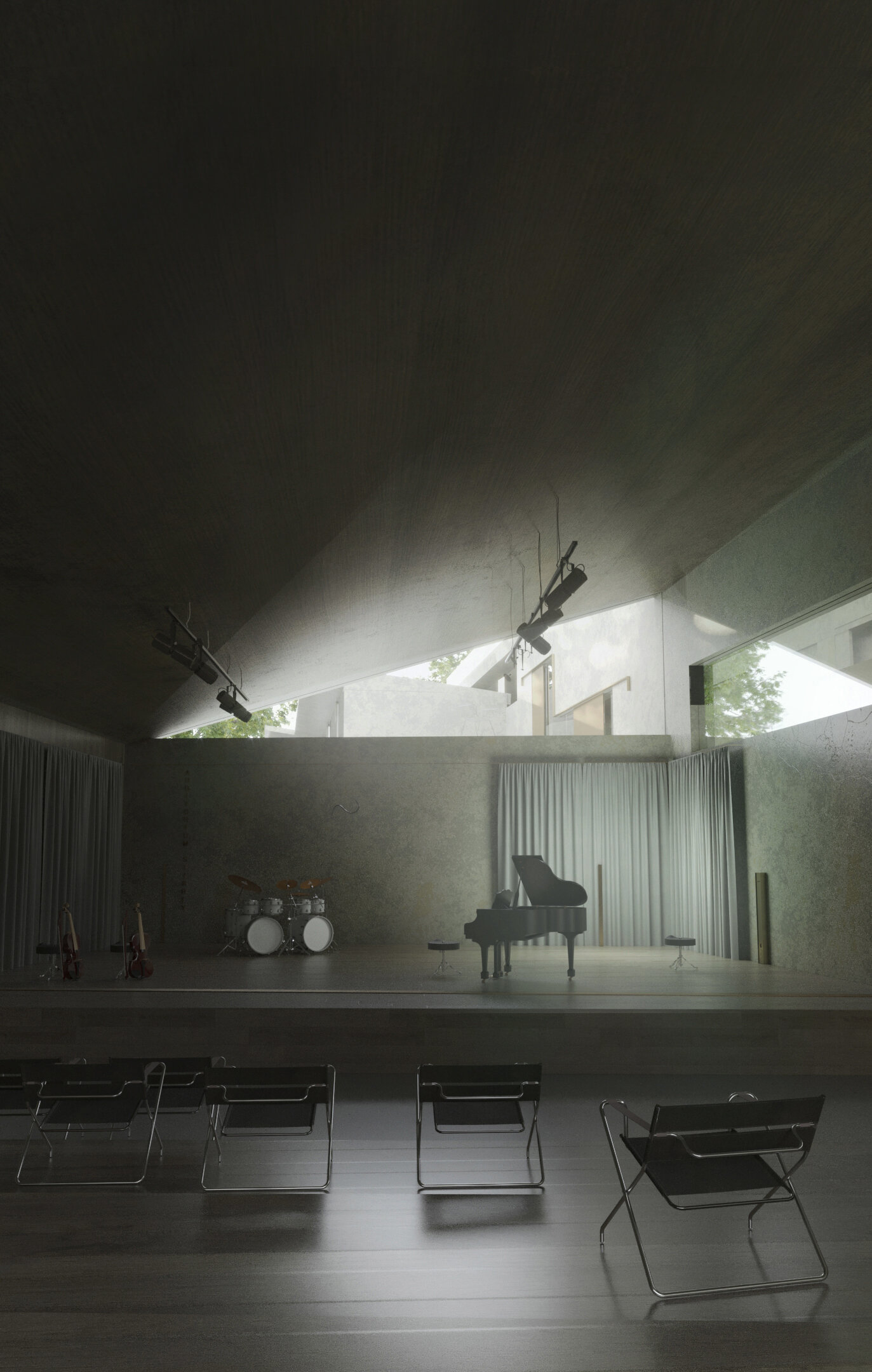 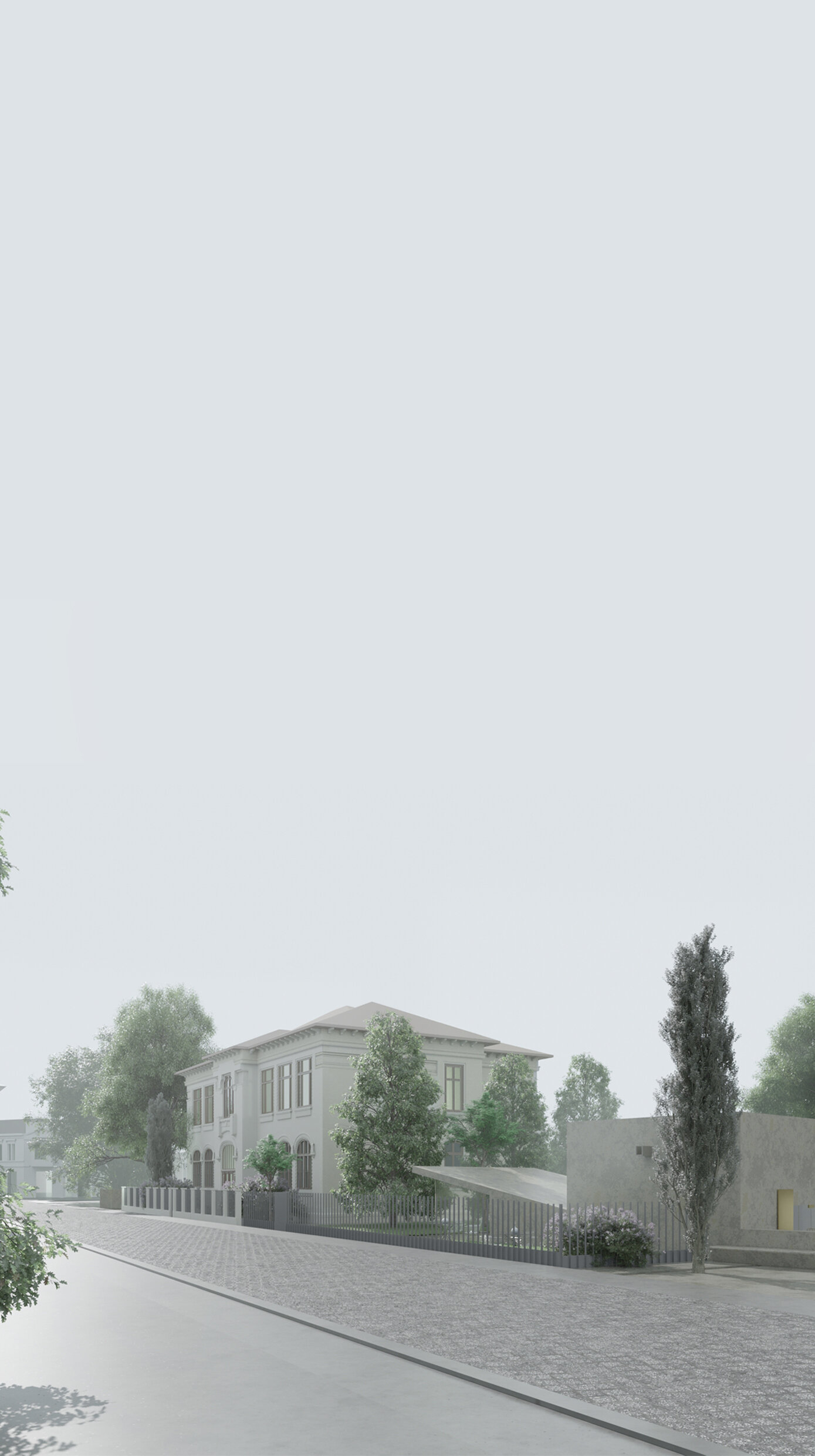 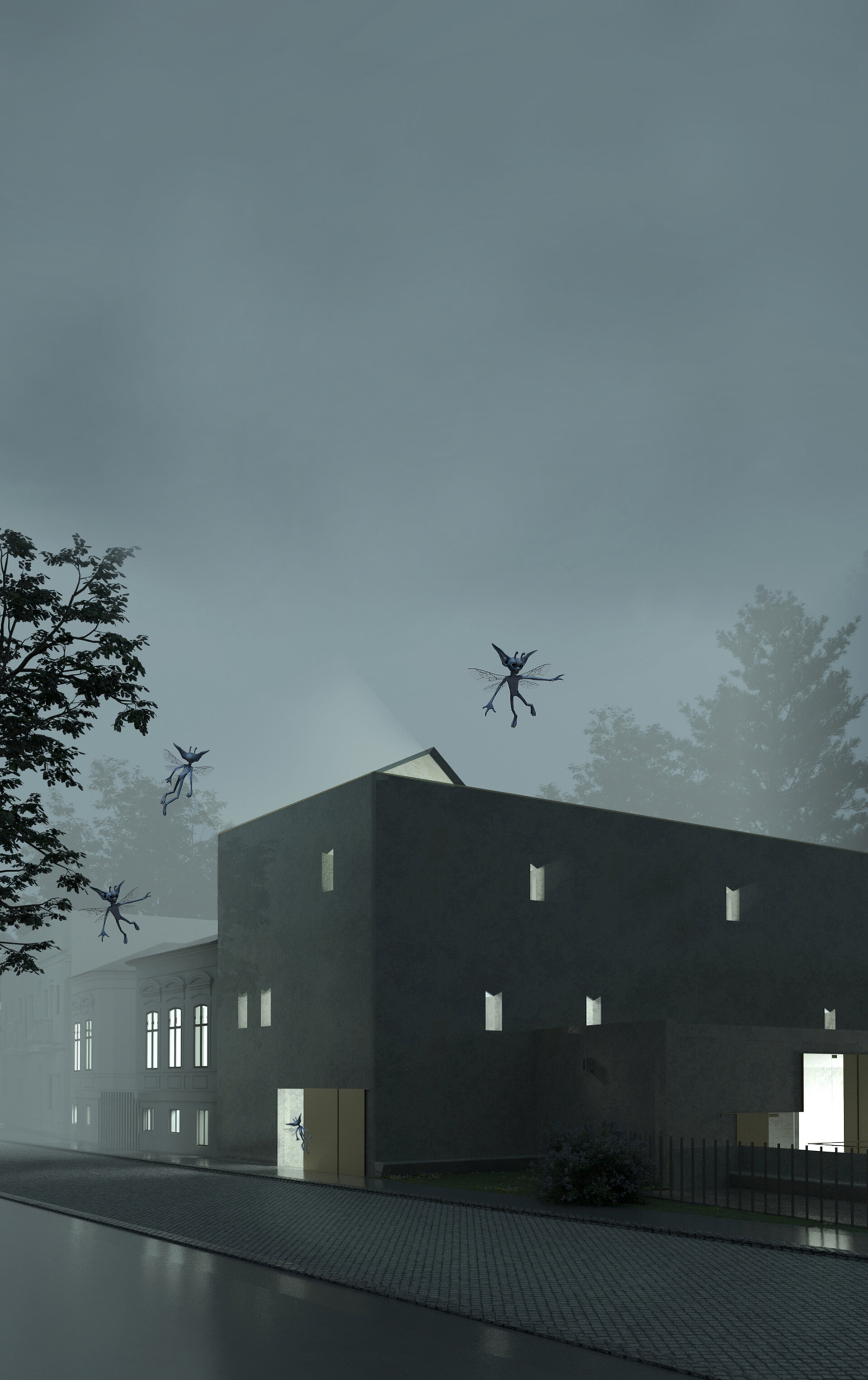