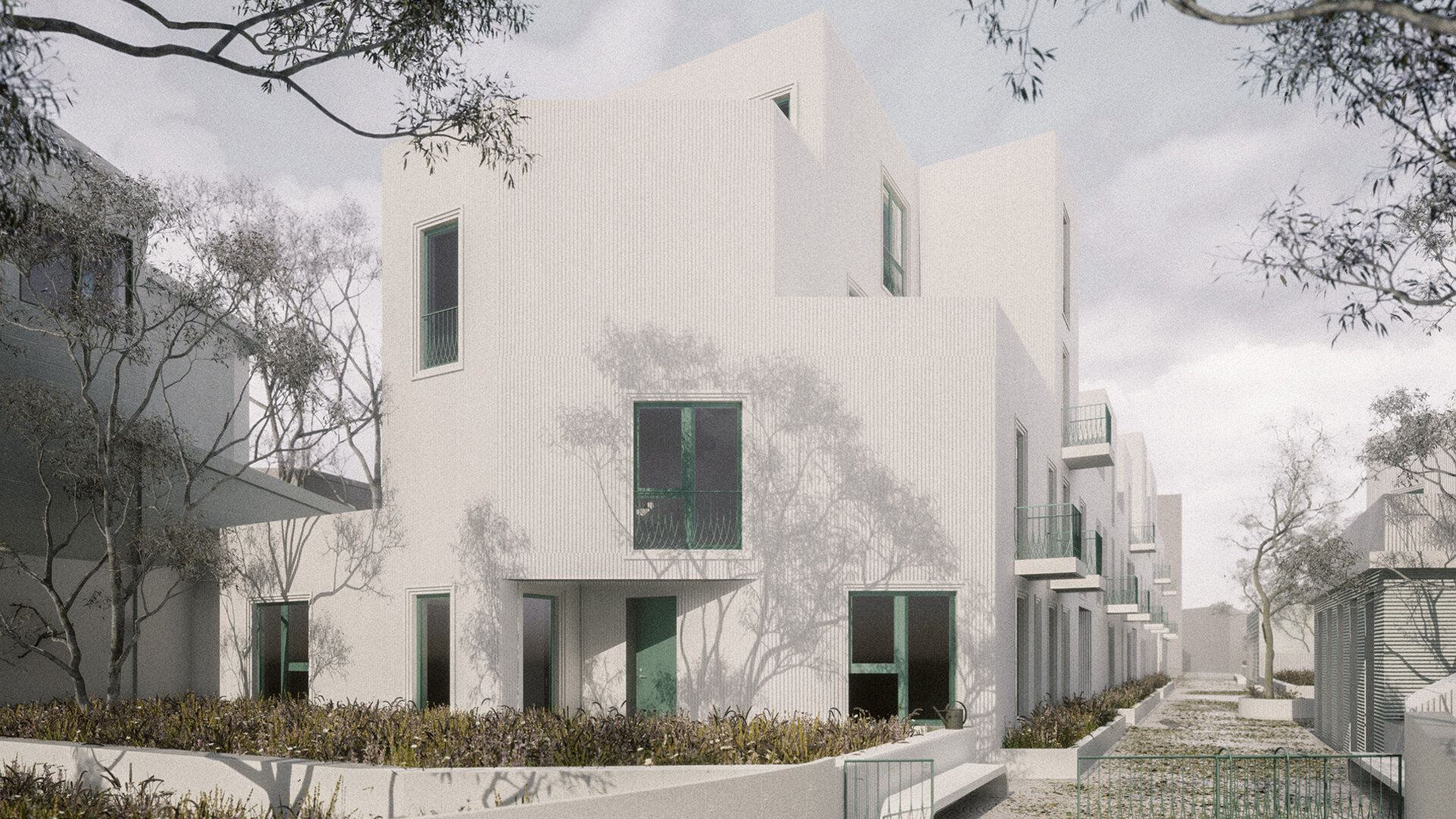 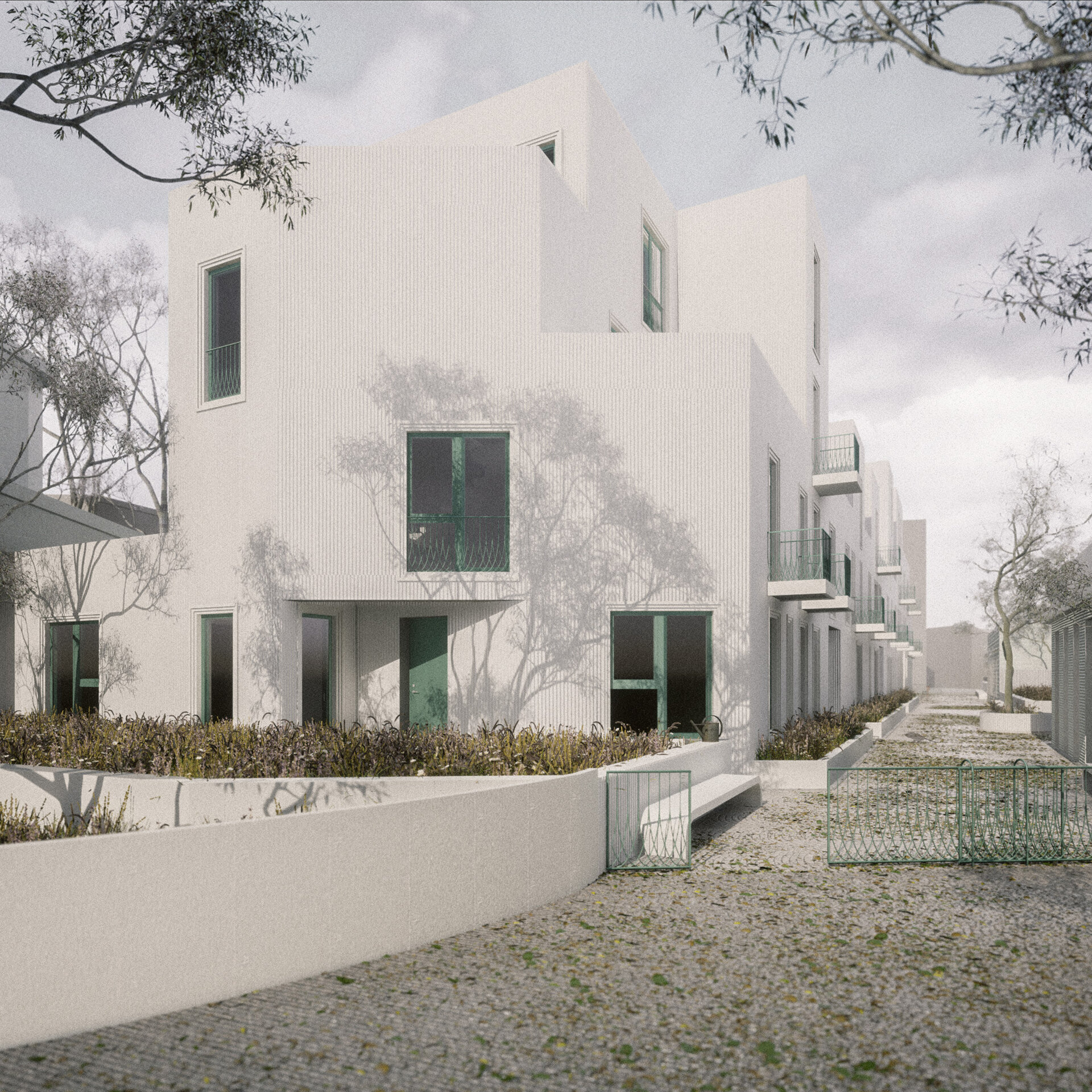 The site project is located on street George Georgescu no. 28 (the old Calea Rahovei). Two centuries ago, this was an energic part of the city, with an urban image influenced by boyar houses and 2 storey houses with stores on the ground floor. In the last quarter of the 19th century Bucharest undergoes an ample process of urban densification. In this period the urban image is dominated by wagon-houses, with narrow courtyards ( wagon houses are the first form of cohousing found in
Bucharest).
The interventions that lead to the formation of the Civic Center have isolated, with tall blocks that open only towards the boulevards, areas of the old urban tissue from the rest of the city. The result was a process of continuous degradation of both the the buildings and
the quality of life.
On the city level, there is a constant pressure since the early 90s (after Romania switched to democracy) to over develop the central districts. This process results more often than not in chaotic, real estate developments which lower quality of life. On a larger scale, the effects of isolation in our own homes makes some deficiencies more visible and hard to accept. The need of outdoor communications with an yard or even just a terrace that is ample (unlike the socialist balcony) is no longer a whim but actual needs to raise the quality of life.
The project thus proposes a type of dwelling that borrows traits from more traditional forms of housing but retains the density that is specific to collective housing. The staircase and poorly lit corridors, an image specific to most socialist collective dwellings, is replaced by alleyways on the ground floor. Each of the 35 housing units is always faced with 2 scenarios: to be with oneself (using the terraces and backyards) or to be with others (using the balconies that open towards the common space). The project also consists of 5 individual common spaces. The ones that open towards the adjacent street house public spaces (cafes, small stores, etc.) while the ones that are closer to the center of the plot have a semi-private character, the residents being the only ones that use them. 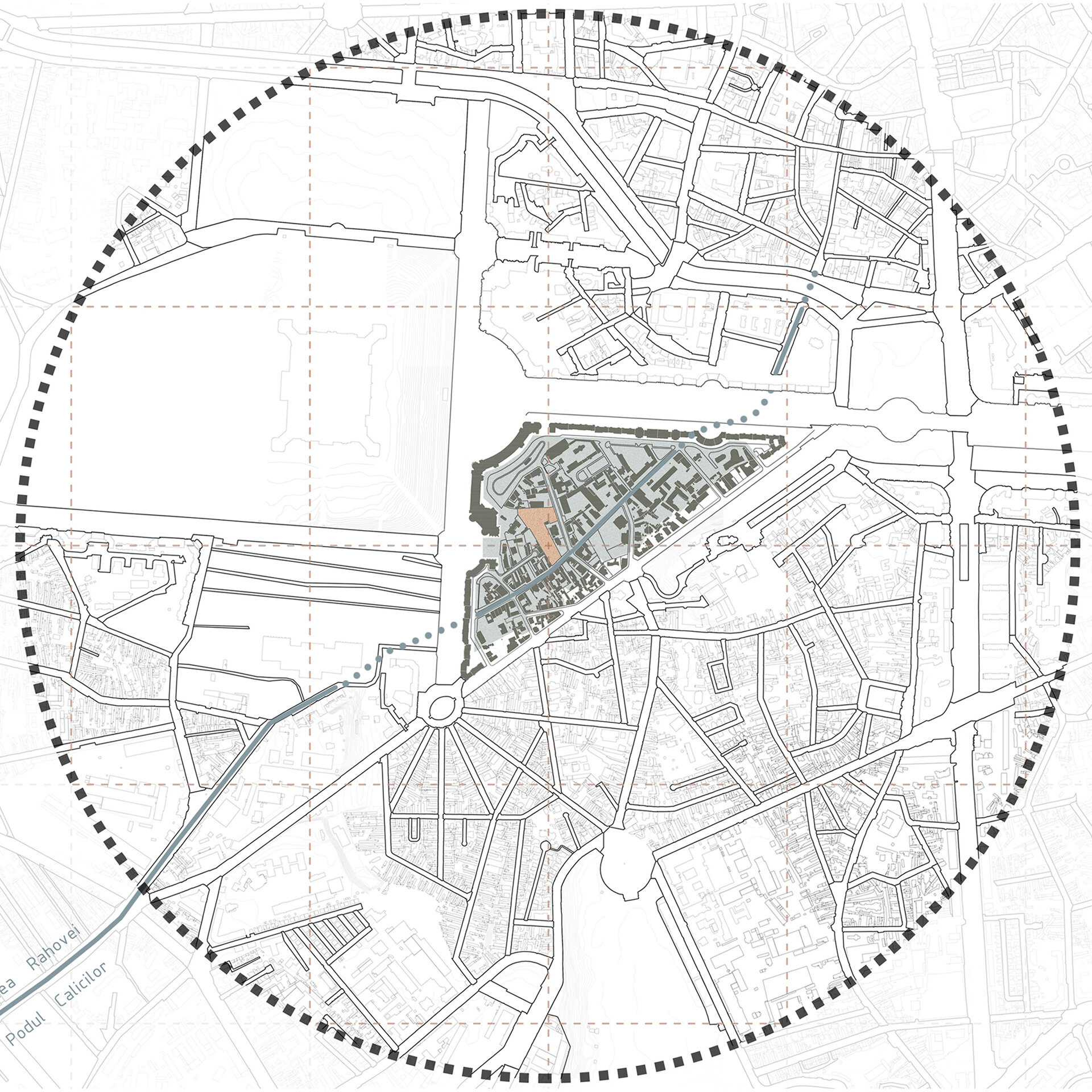 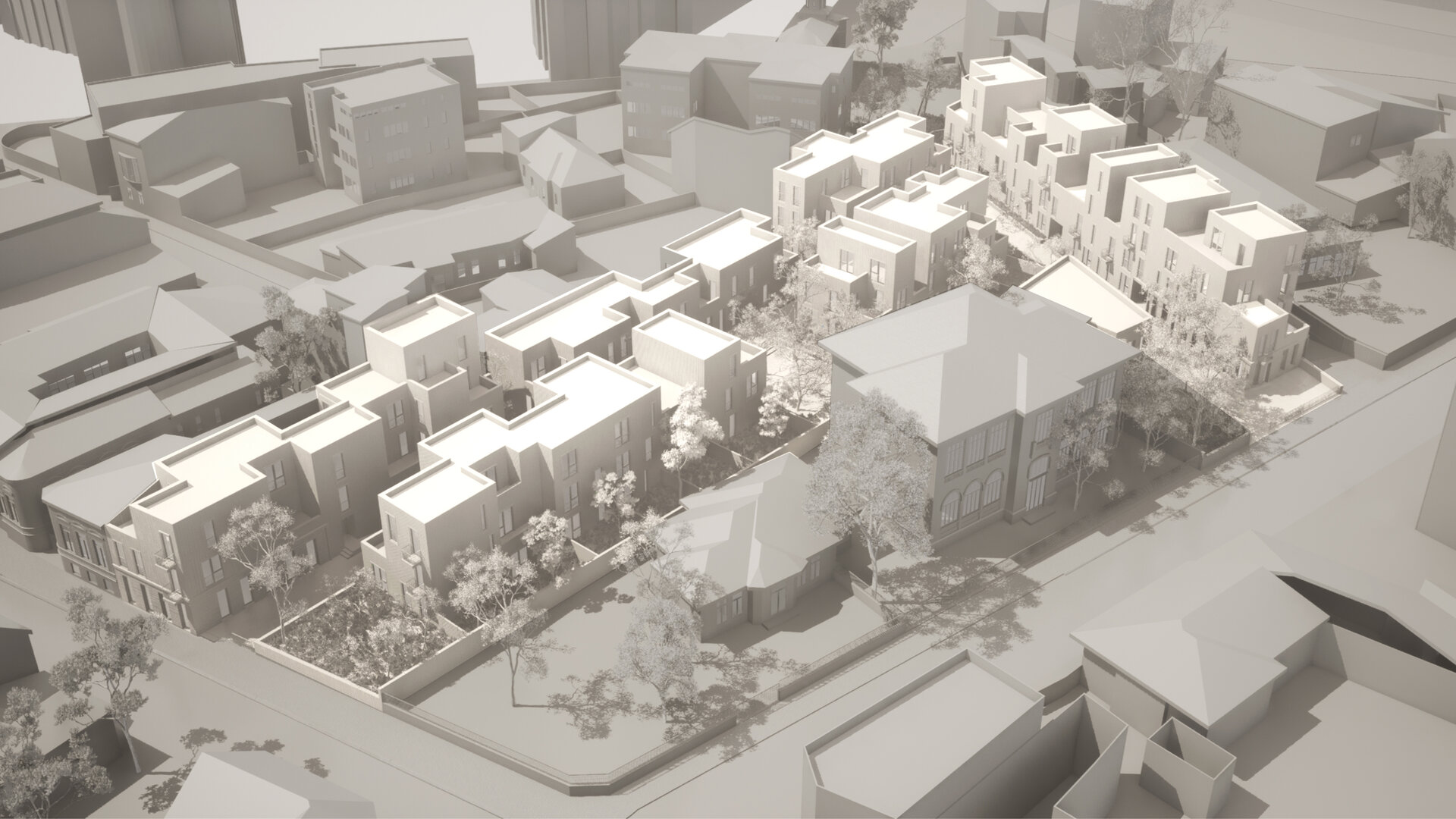 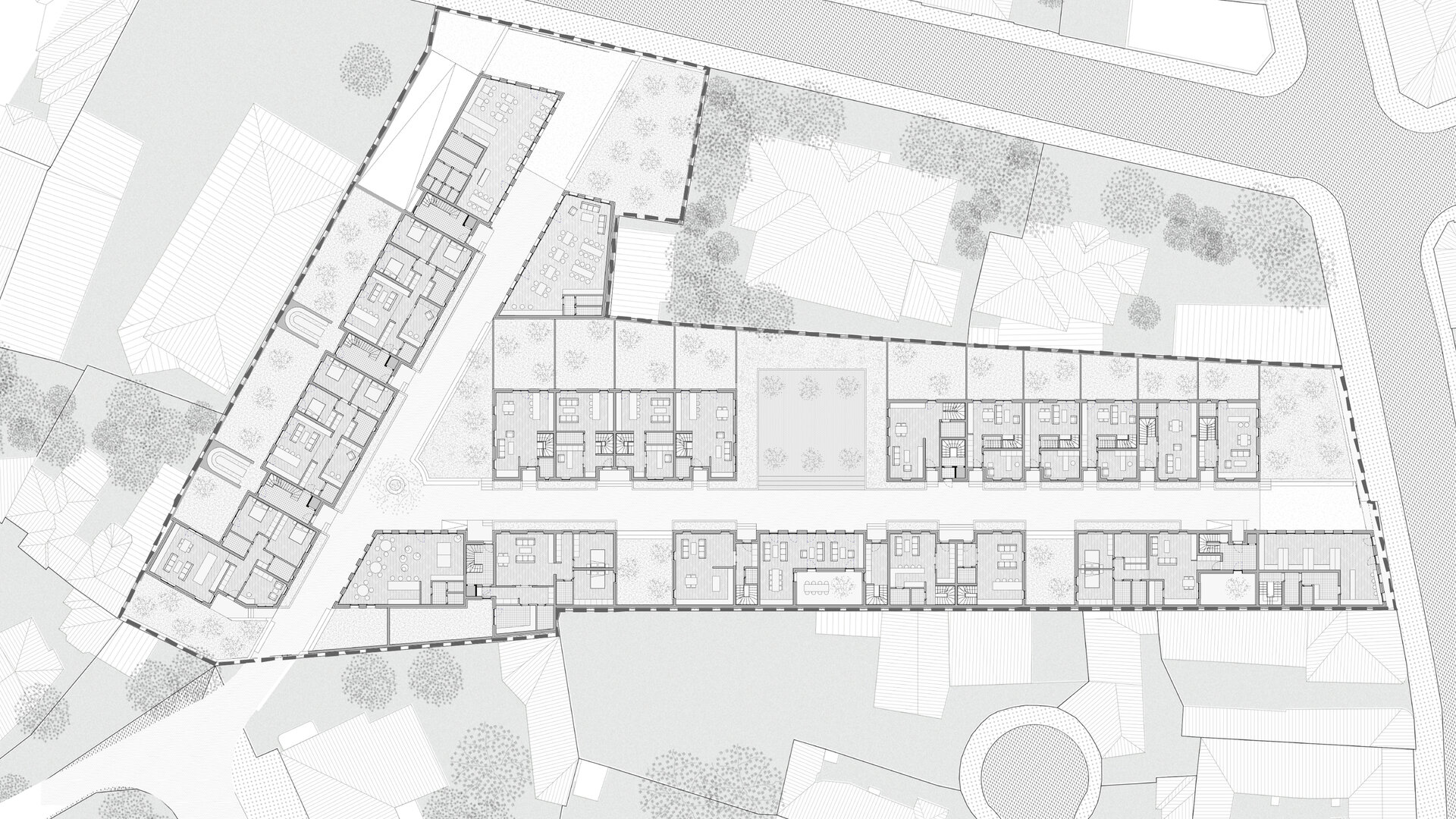 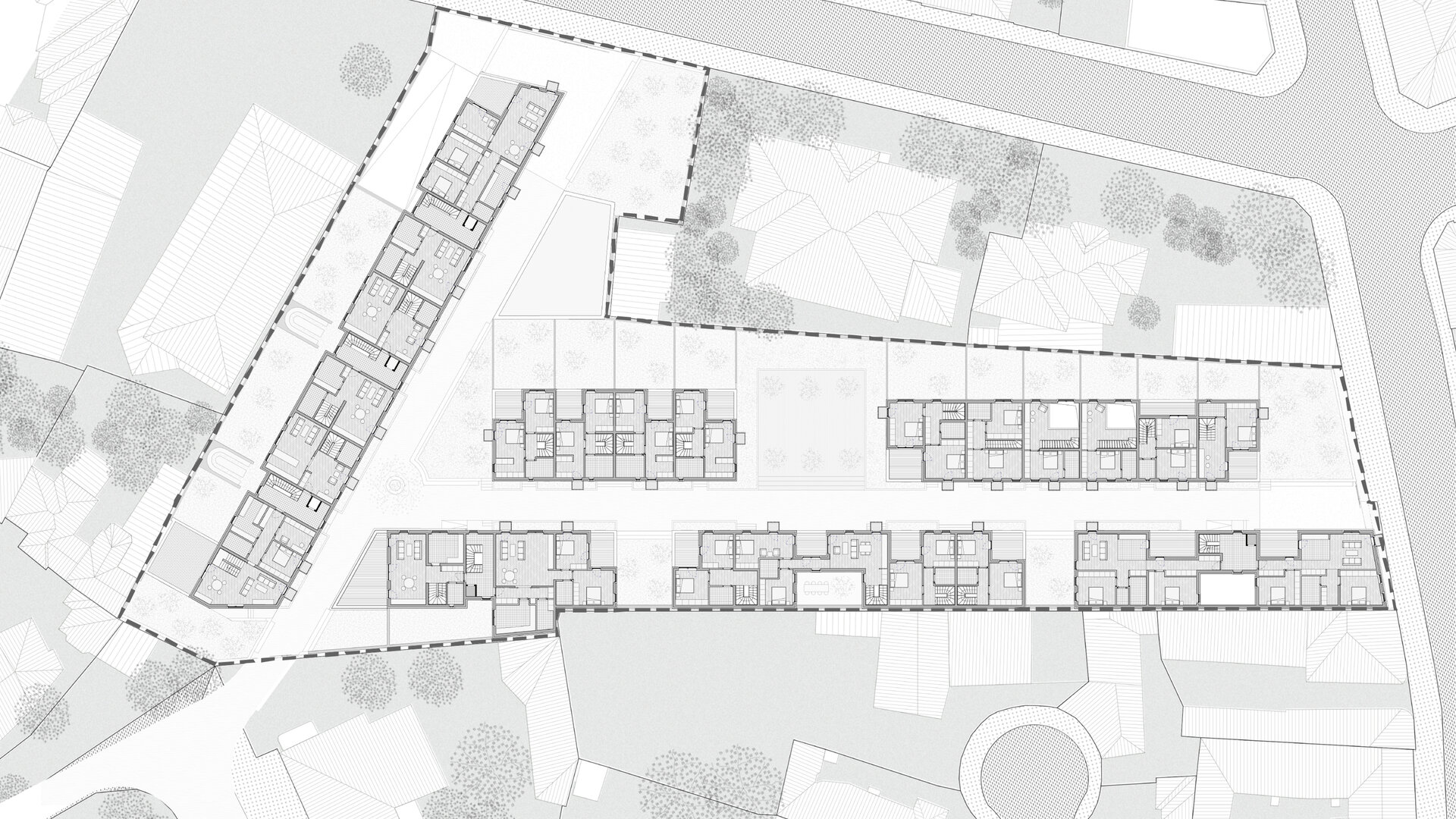 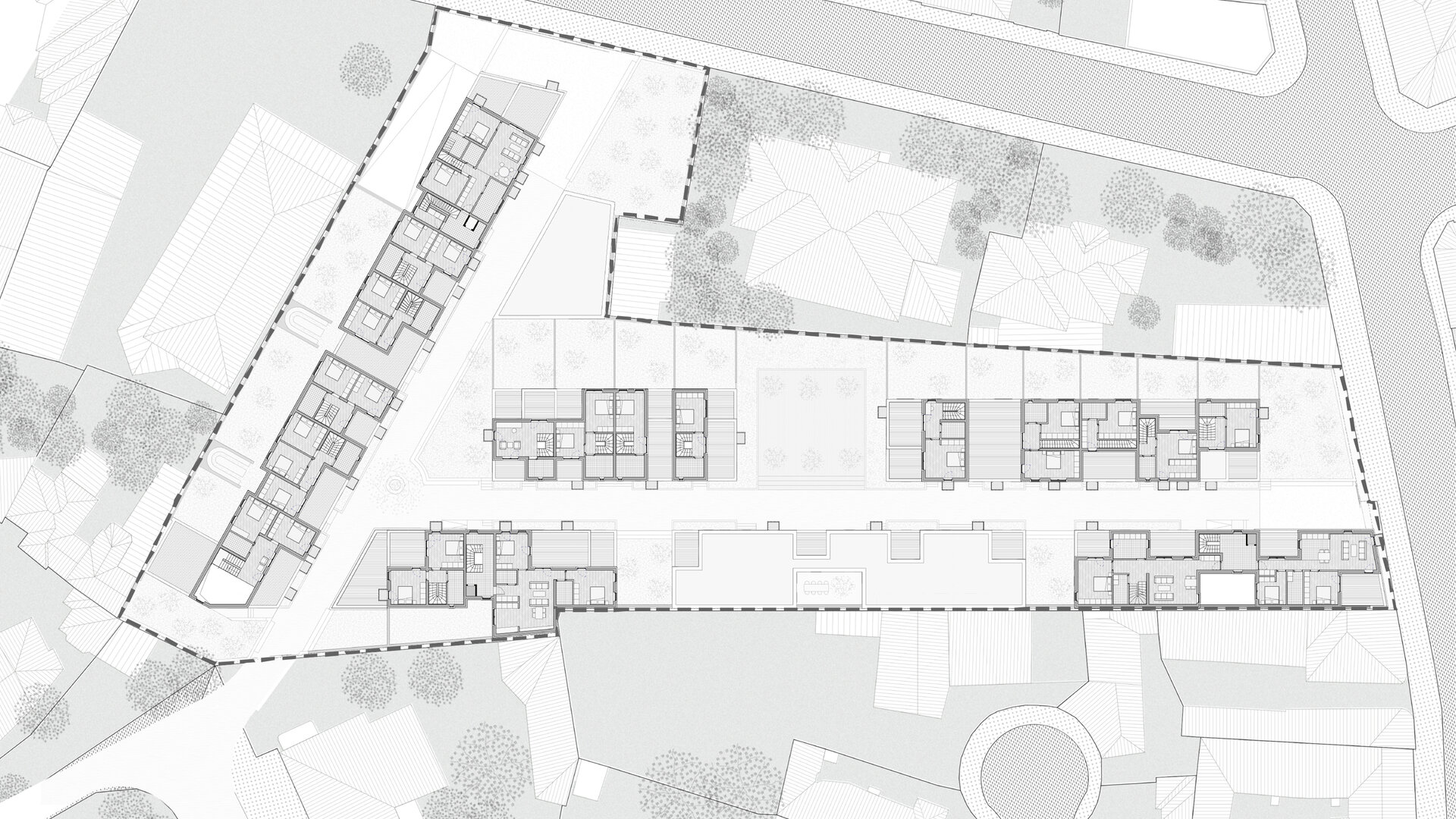 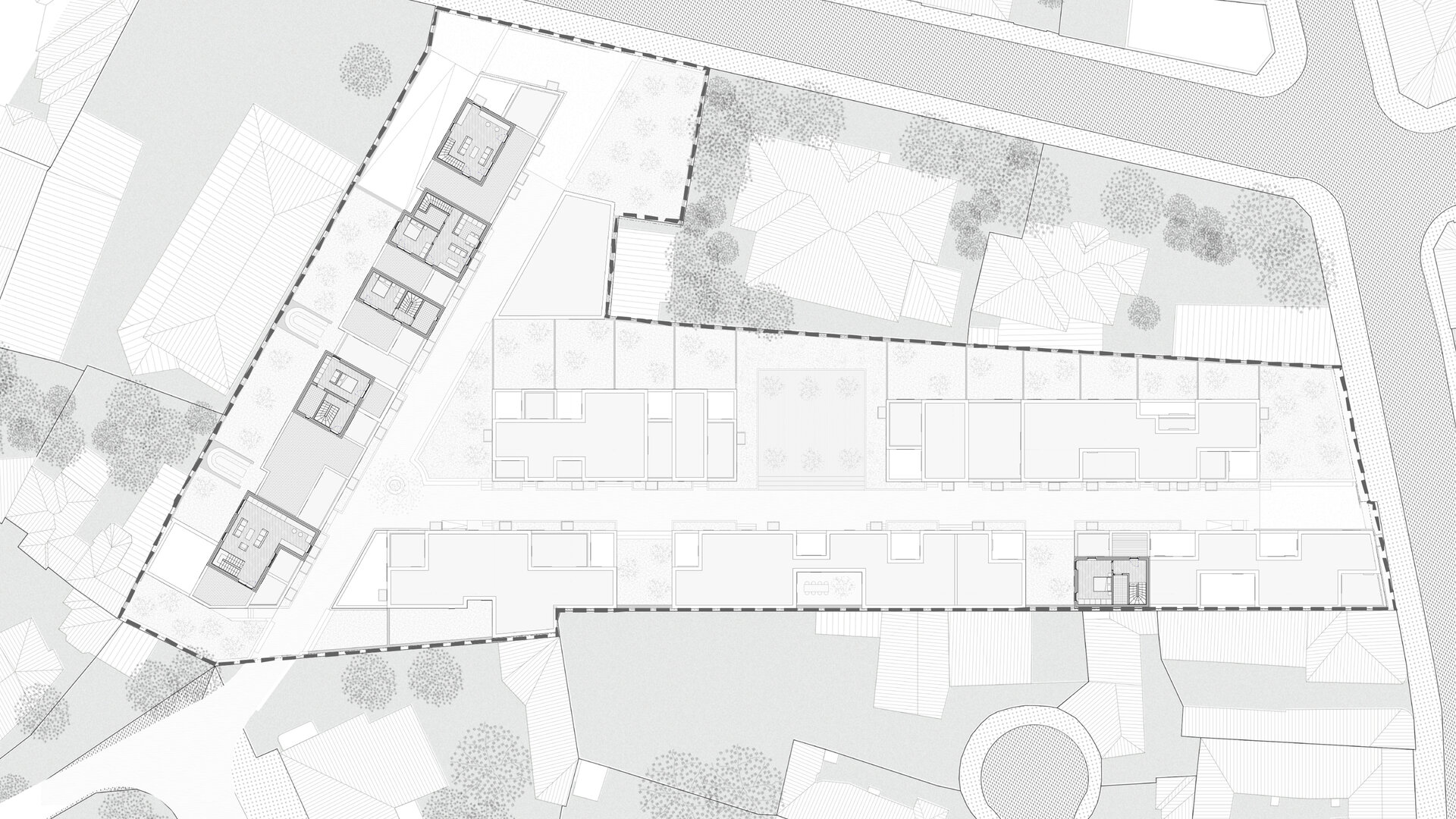 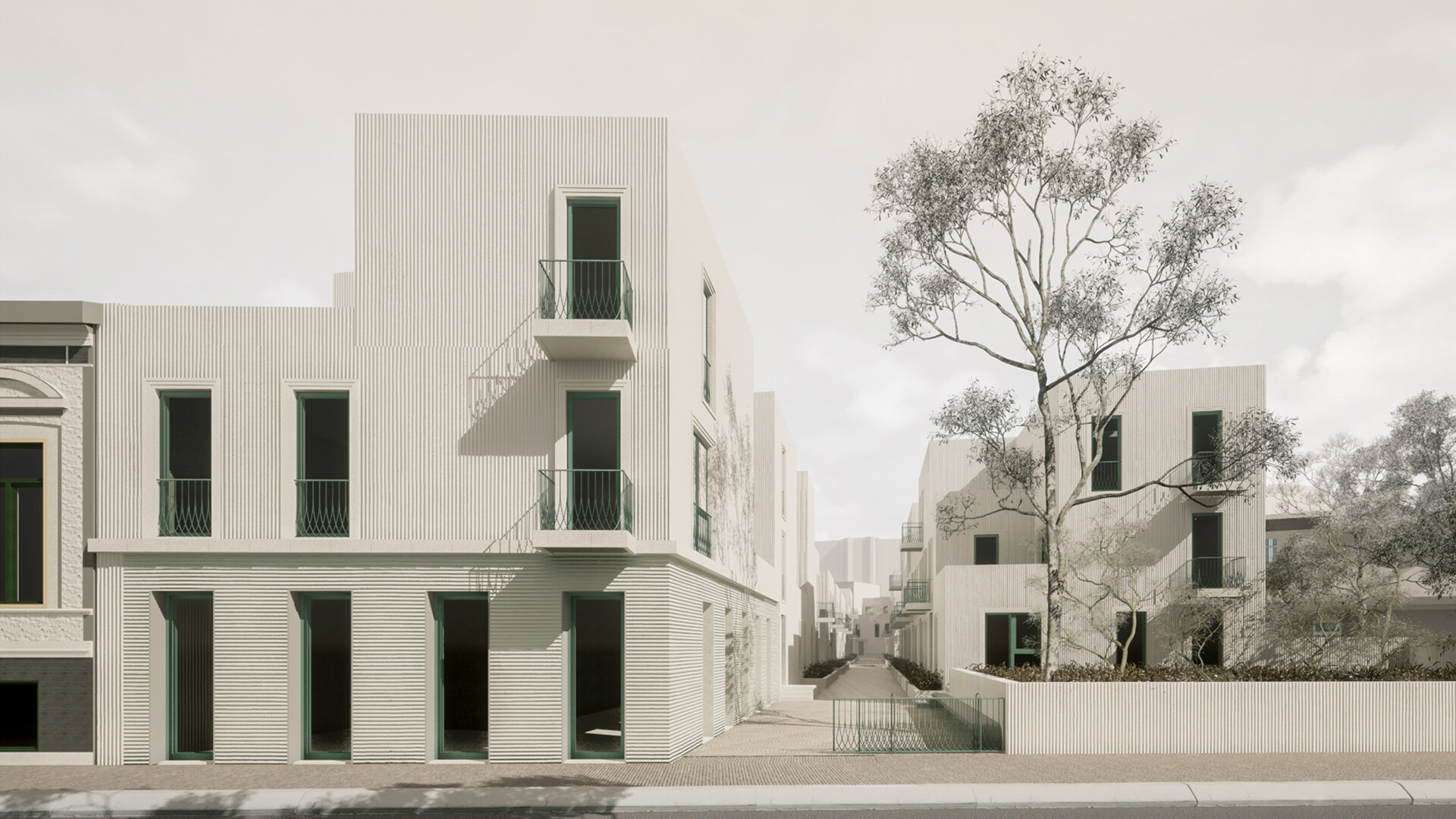 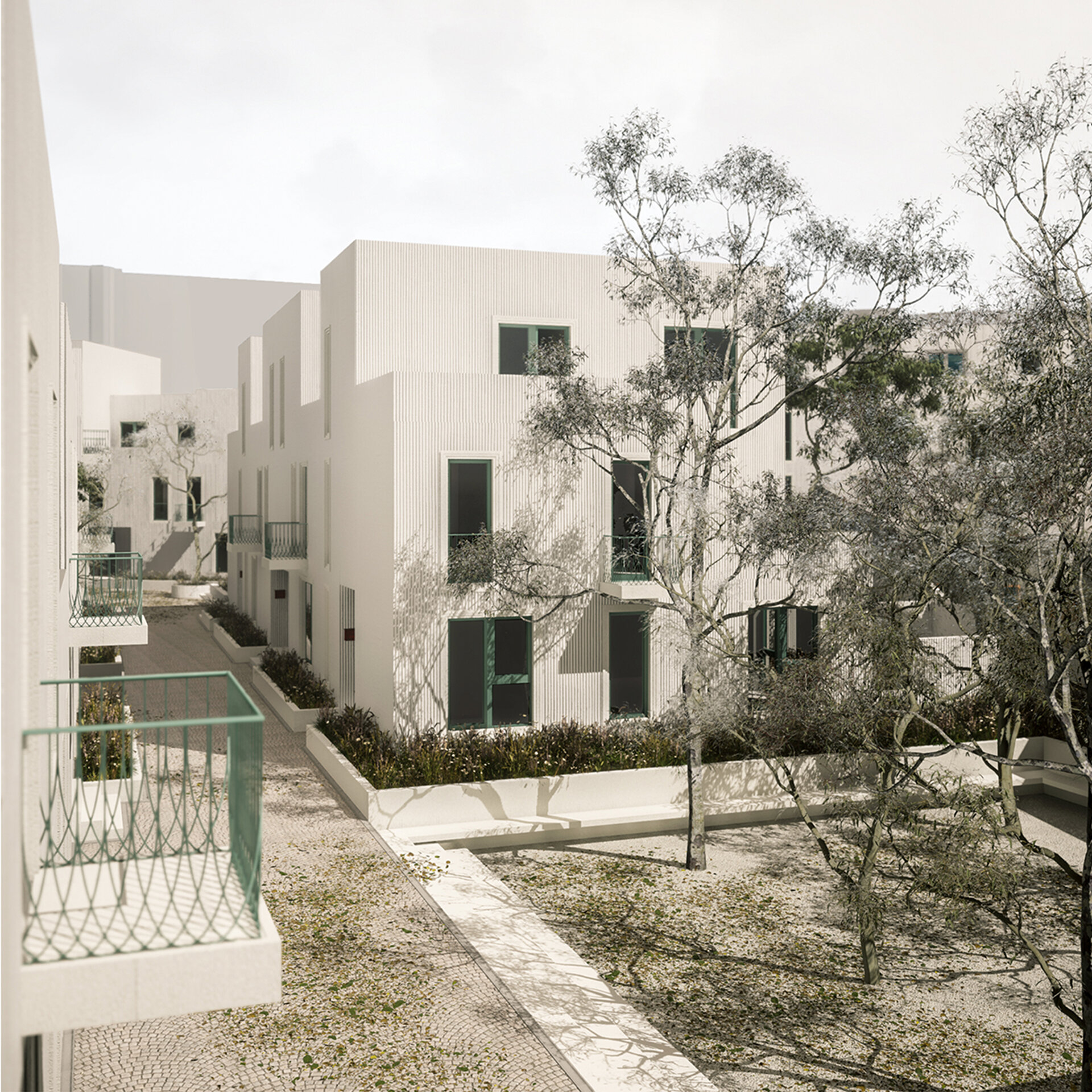 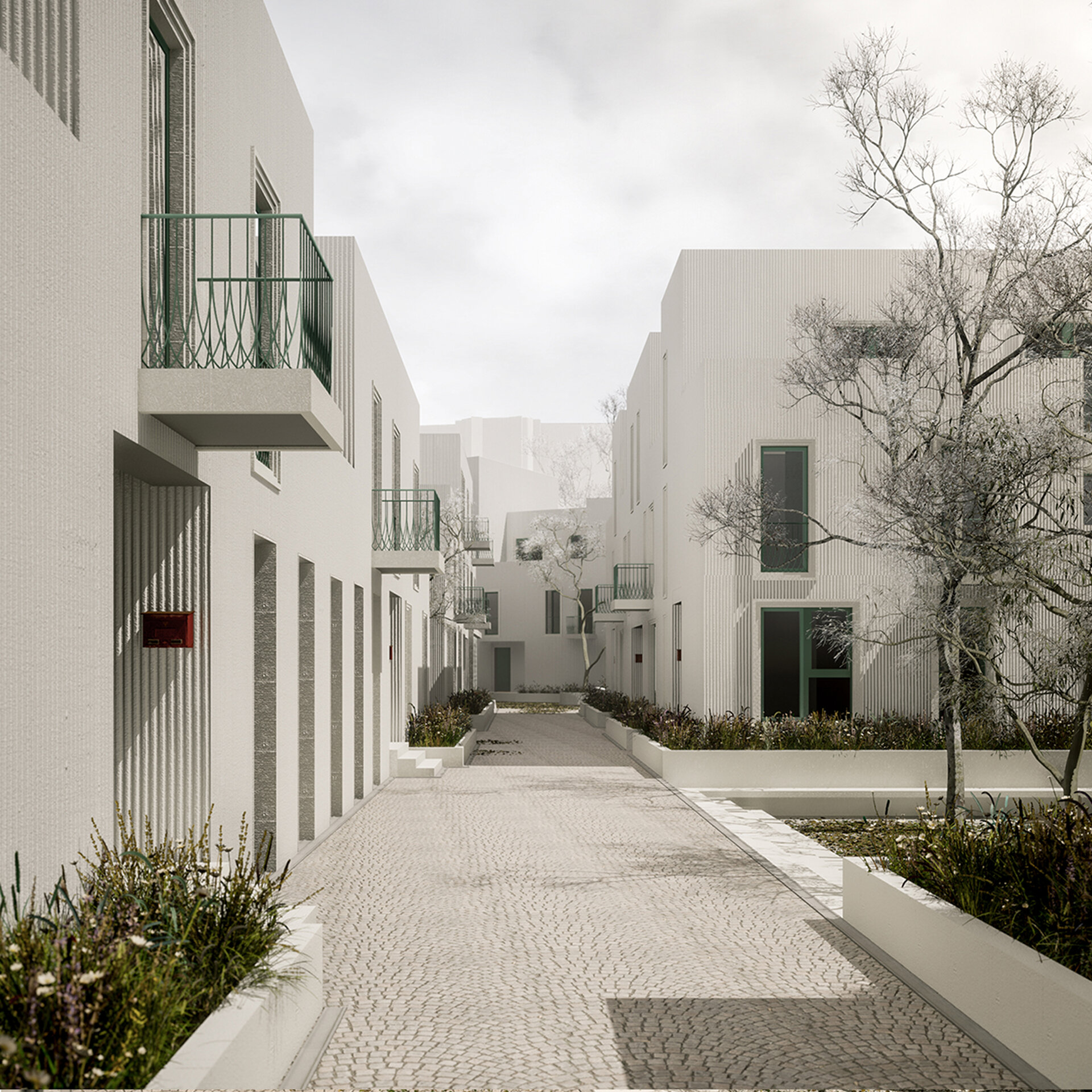 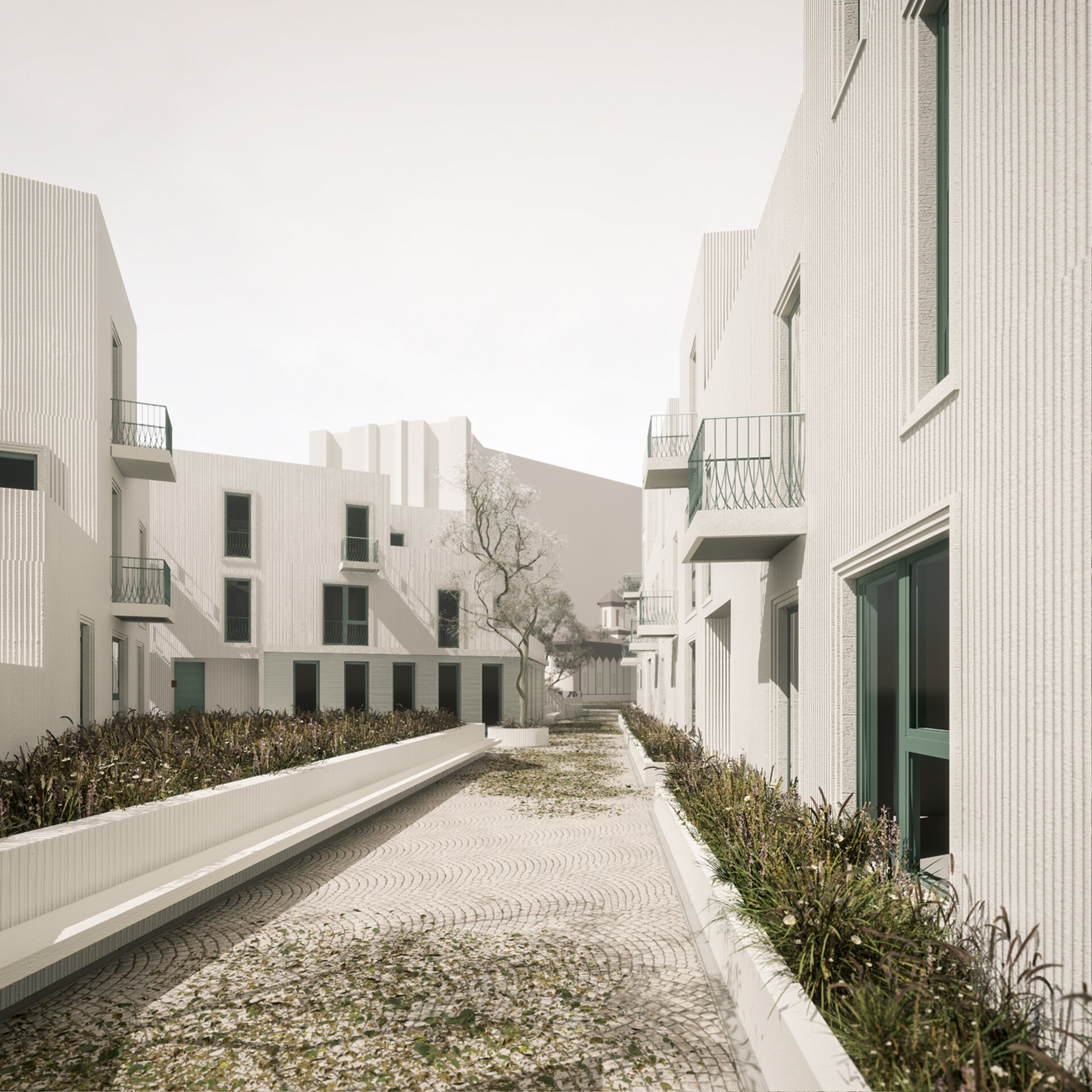 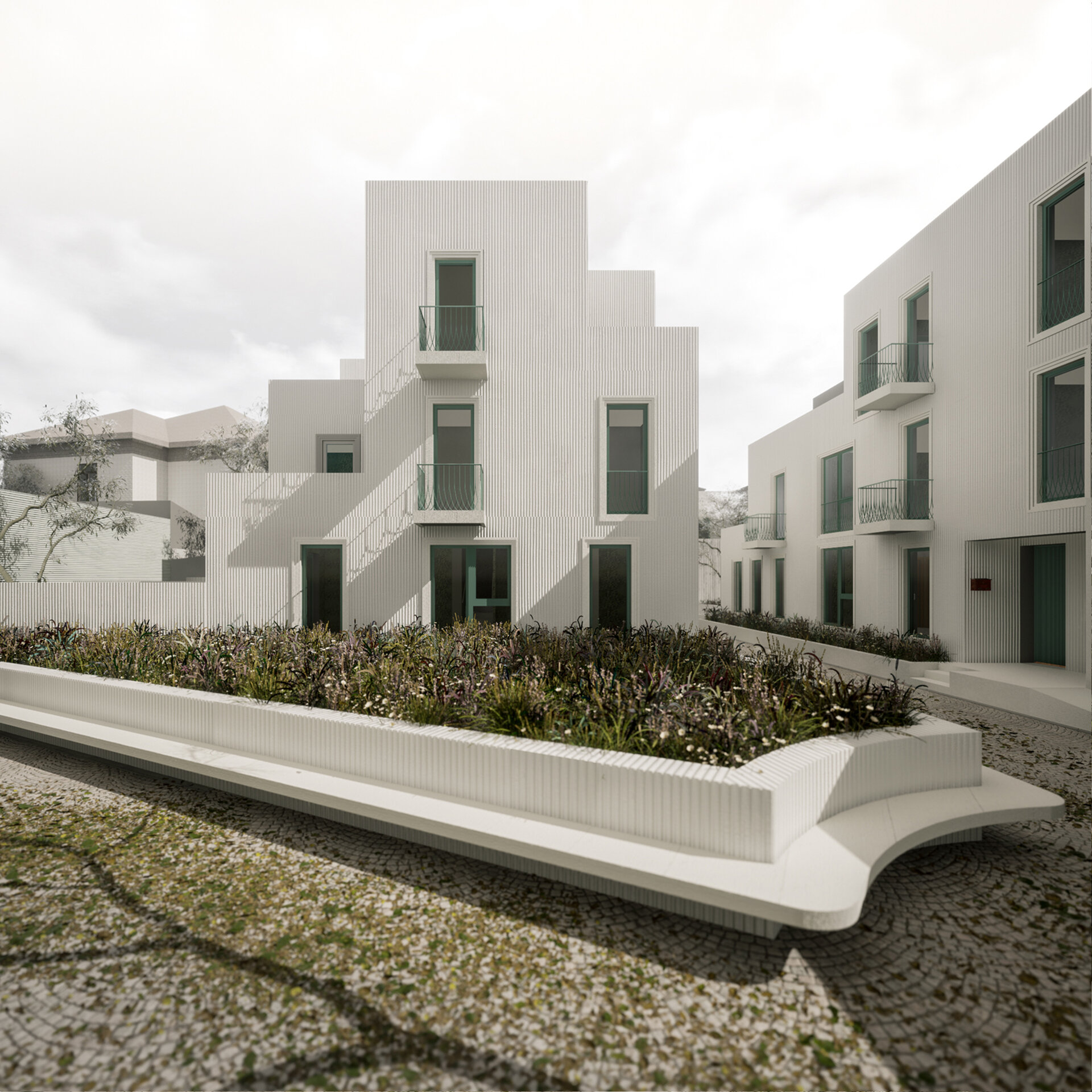 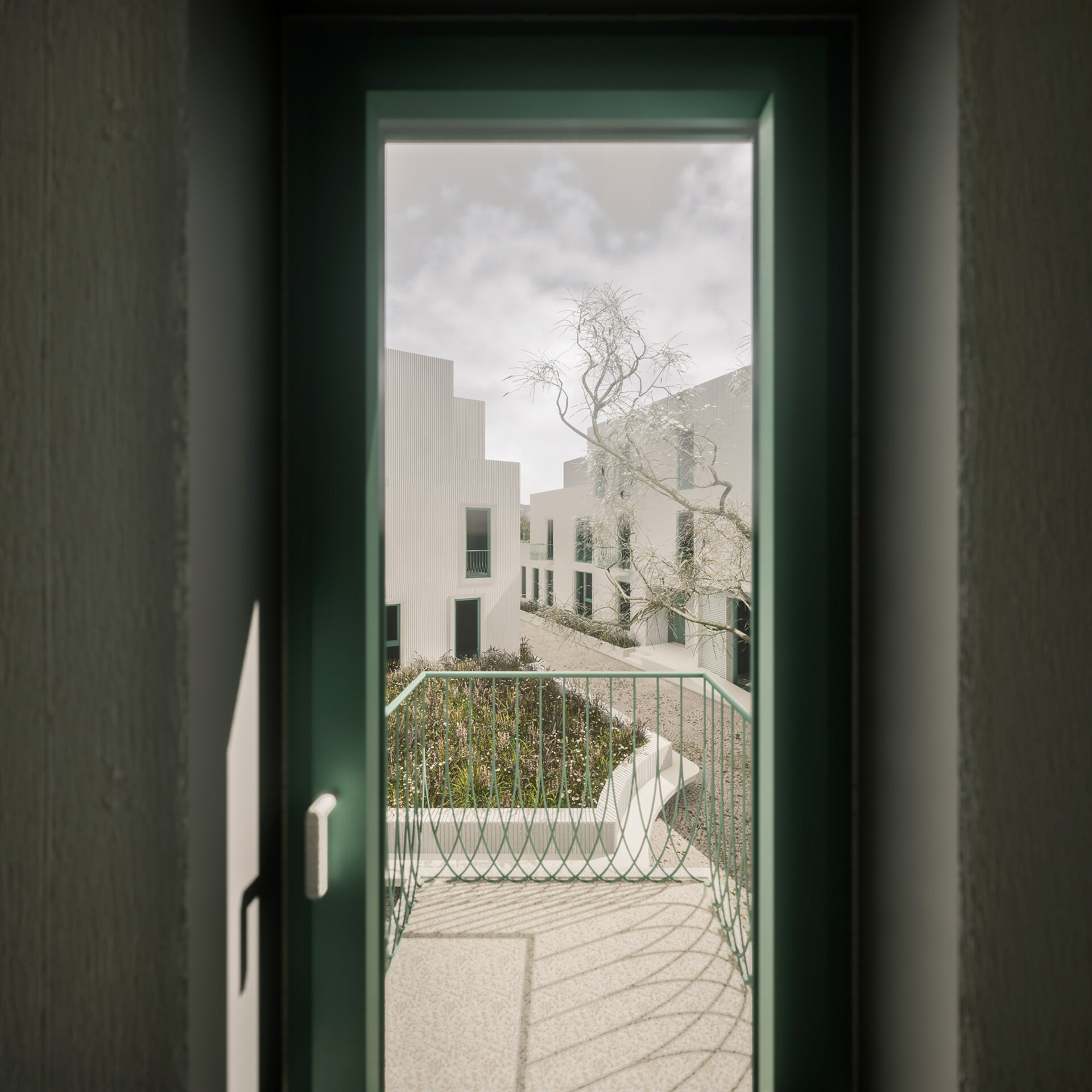 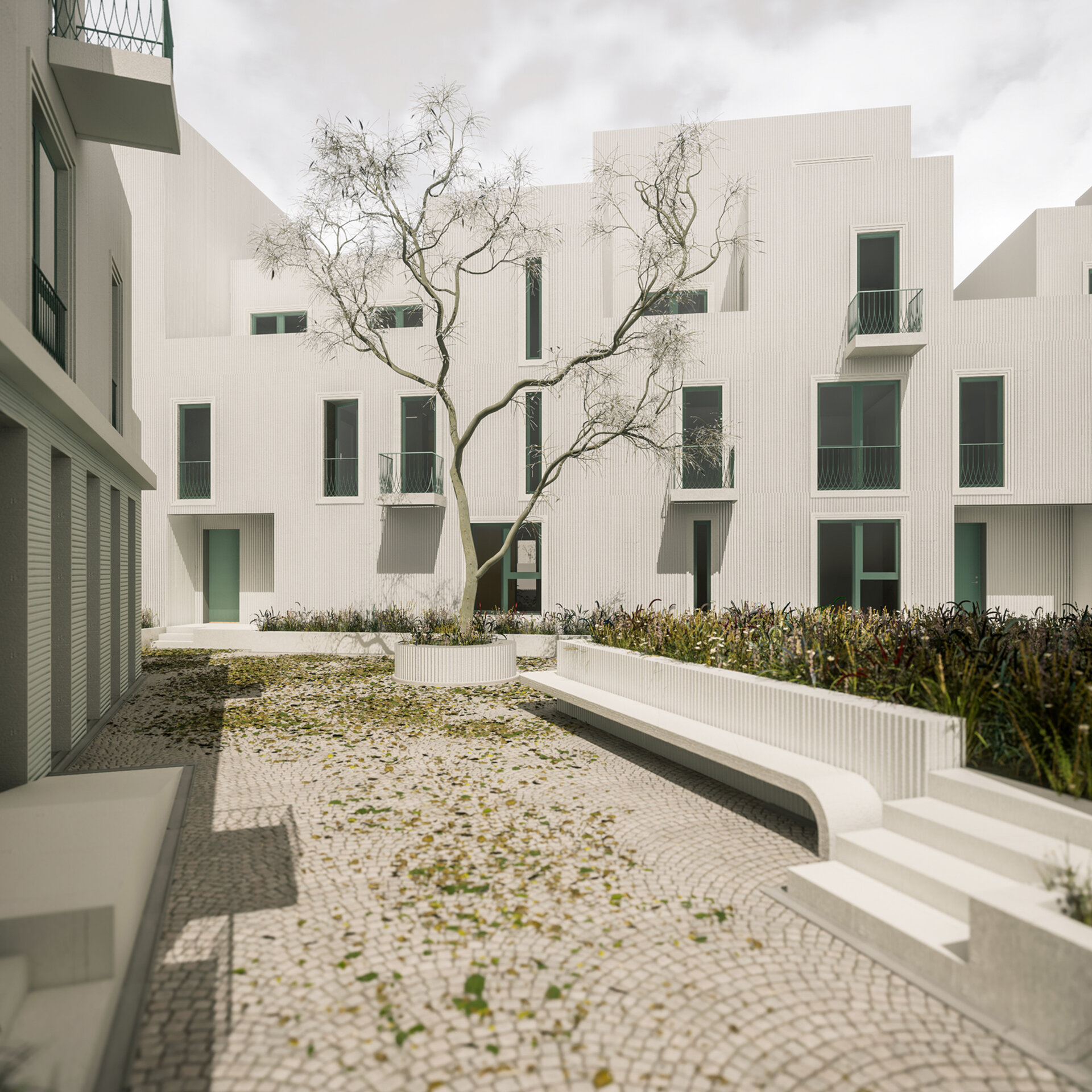