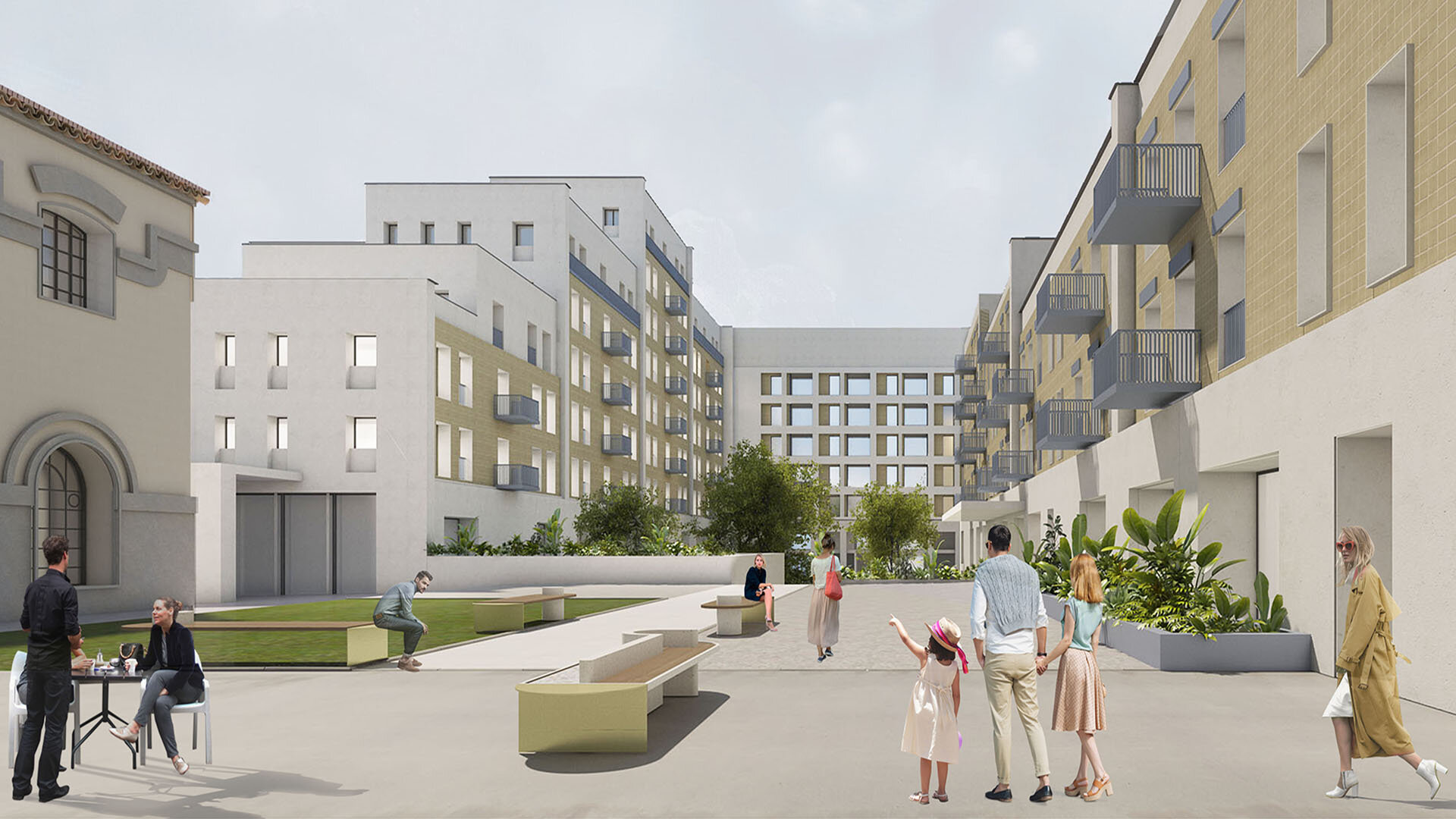 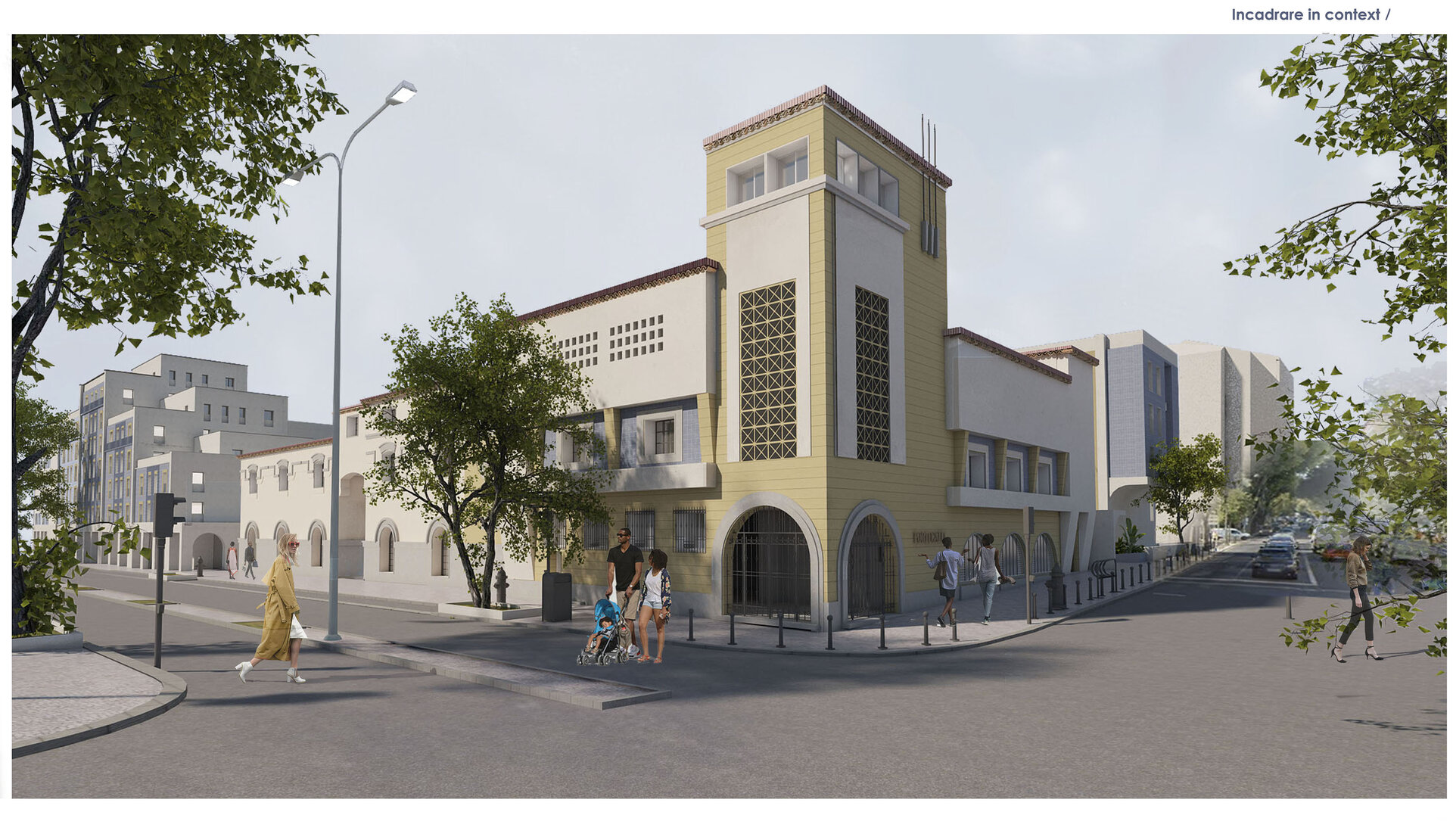 The diploma project aims the Revitalization of Quarteirao Portugalia, a site with history in the central area of Lisbon, on Bd. Almirante Reis. The site bears the name of its former function, Beer Factory Portugalia, whose existing buildings are former historical monuments. The favorable premises for an intervention on this site exist first of all for the city, because of the new residents continually growing, especially in the neighbourghood. There are numerous economical factors for the municipality on account of the population exodus. Moreover, a private investment is justified by the architecture contest already organized in 2017 on the site for a mixed use ensamble by the foundation which owns the site, after which no viable proposal was obtained.
The proposal reached a 58% occupancy percentage and a 3.5 index of occupation, obtained due to the Portuguese legislation which offers more buildable area for certain operations of public interest. As far as the function is concerned, the starting point was the living crysis in Lisbon, the solution being a new residential complex of collective and temporary living spaces, since in the current context of a constantly changing society, a high flexibility between these typologies is necessary. The factors which caused changes of the collective living spaces were studies in the dissertation, concentrated on the center of Lisbon.
Therefore, one of the main goals of the project was the creation of flexible living units, able to host different typologies of apartments with minimum interior changes. The first step was the grouping of secondary functions and vertical circulation on a functional band on the center of the volumes. It was also concluded as a specificity of the boulevard area the grouping of 2 apartments per stair, while in the other volume the staircase was dedicated to 4 apartments for a higher efficiency. Another key aspect was the maintaining of the local typology of double orientation, translated into a duality of day area to the street and night area to the interior of the urban island.
As far as the public components are concerned, after the urbanistic studies it was concluded that the area needs a new public space. There were proposed 2 interior yards on the site at the different heights in order to have different characters. The one at the access level is more public, a square with 2 generous entrances from the main directions towards the site and different gangways links. At the inferior level there is a more green one, mainly dedicated to the residents. In a direct relation with all these exterior spaces there are public and common functions, such as the individual commercial spaces to the boulevard, the working spaces and the children day care to the secondary street.
In order to use in a sustainable way the existing buildings, the ones in a bad shape were proposed for restauration and functional conversion. The historical building of the beer factory became a cultural events hall. The commercial center, which hasn't been functional for over a decade, now hosts temporary living spaces for students flexible in terms of conformation and a multimedia study center also dedicated to them. The restaurant maintained its well known function in order to preserve the cultural identity of the site in spite of the functional change. 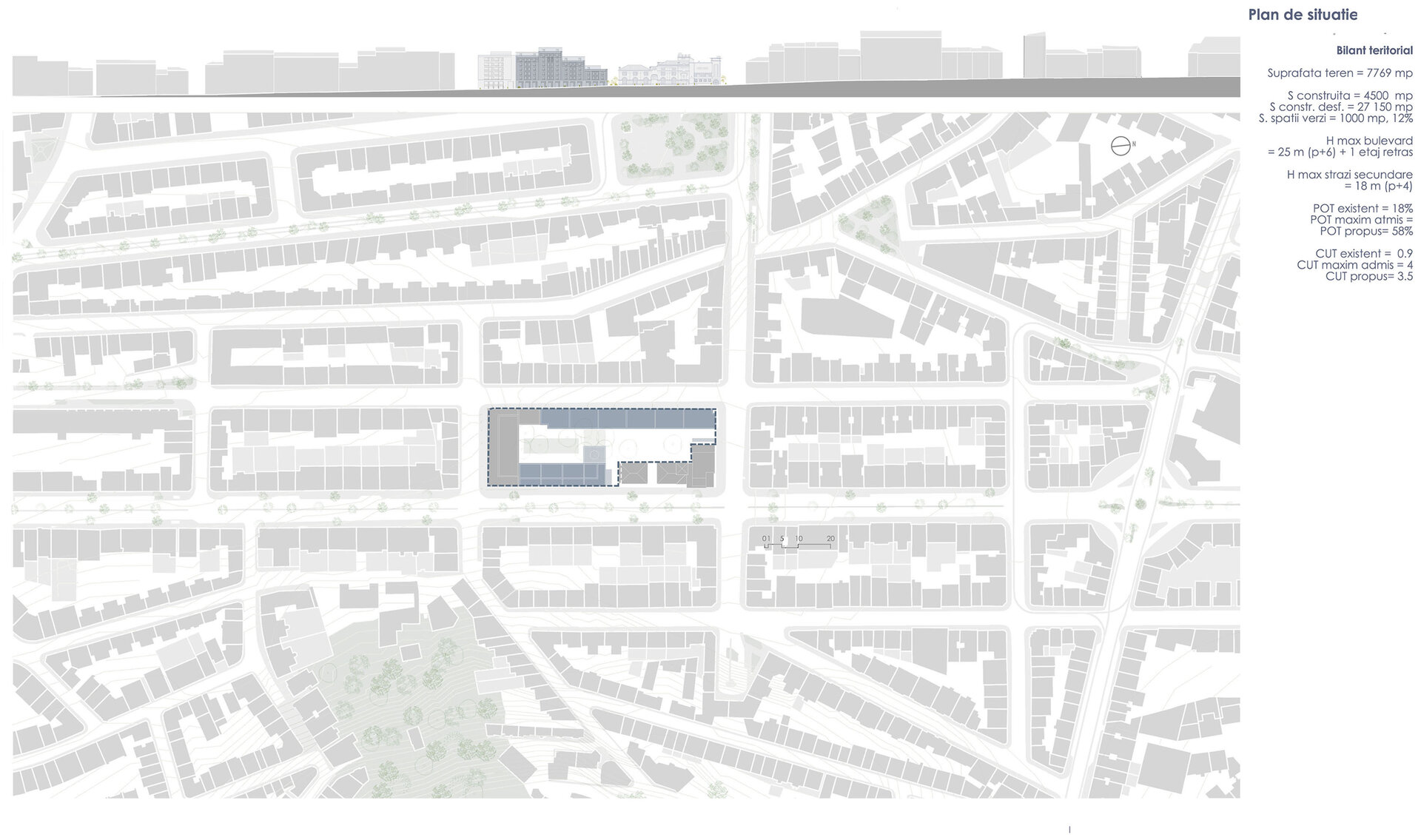 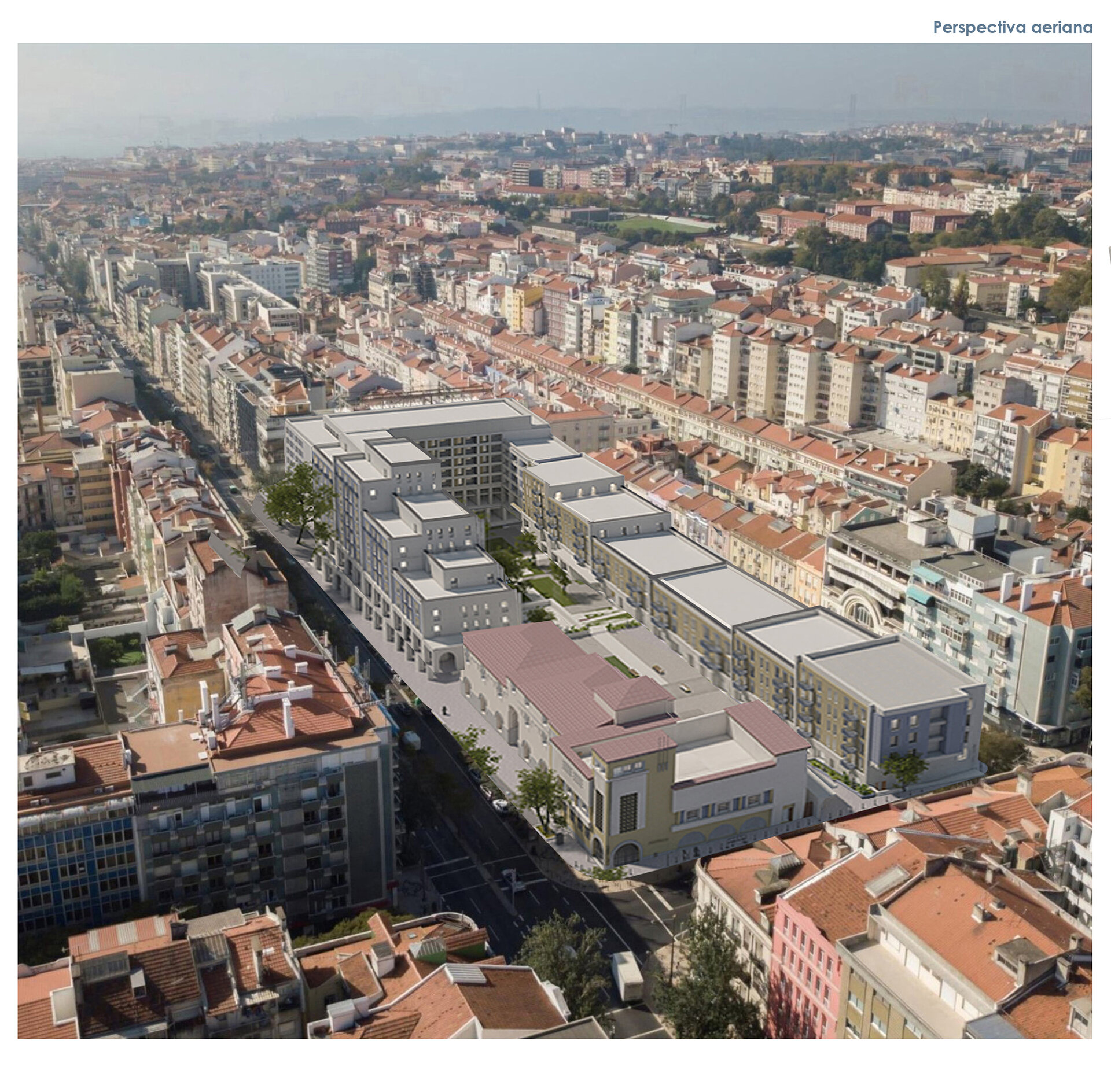 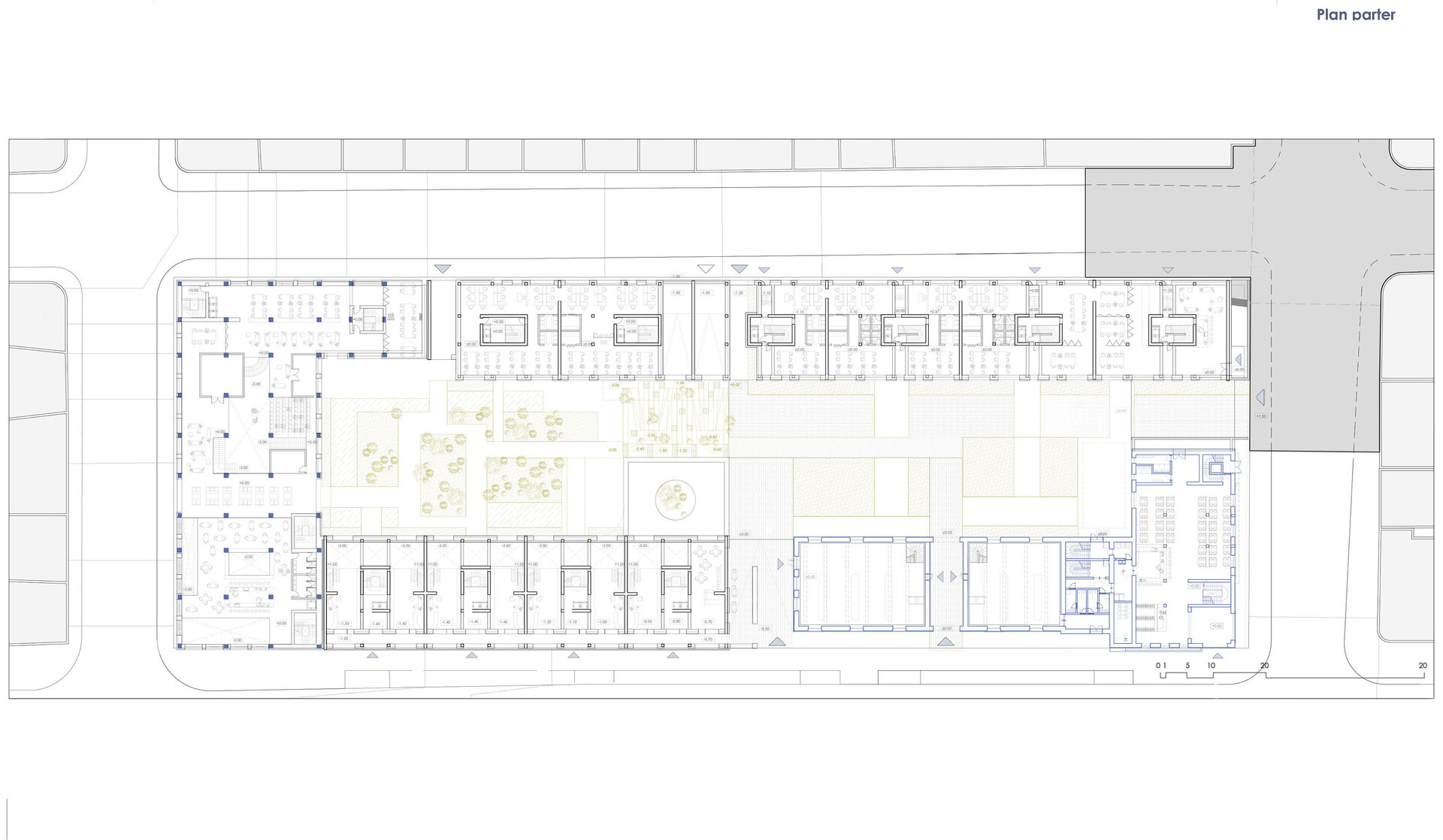 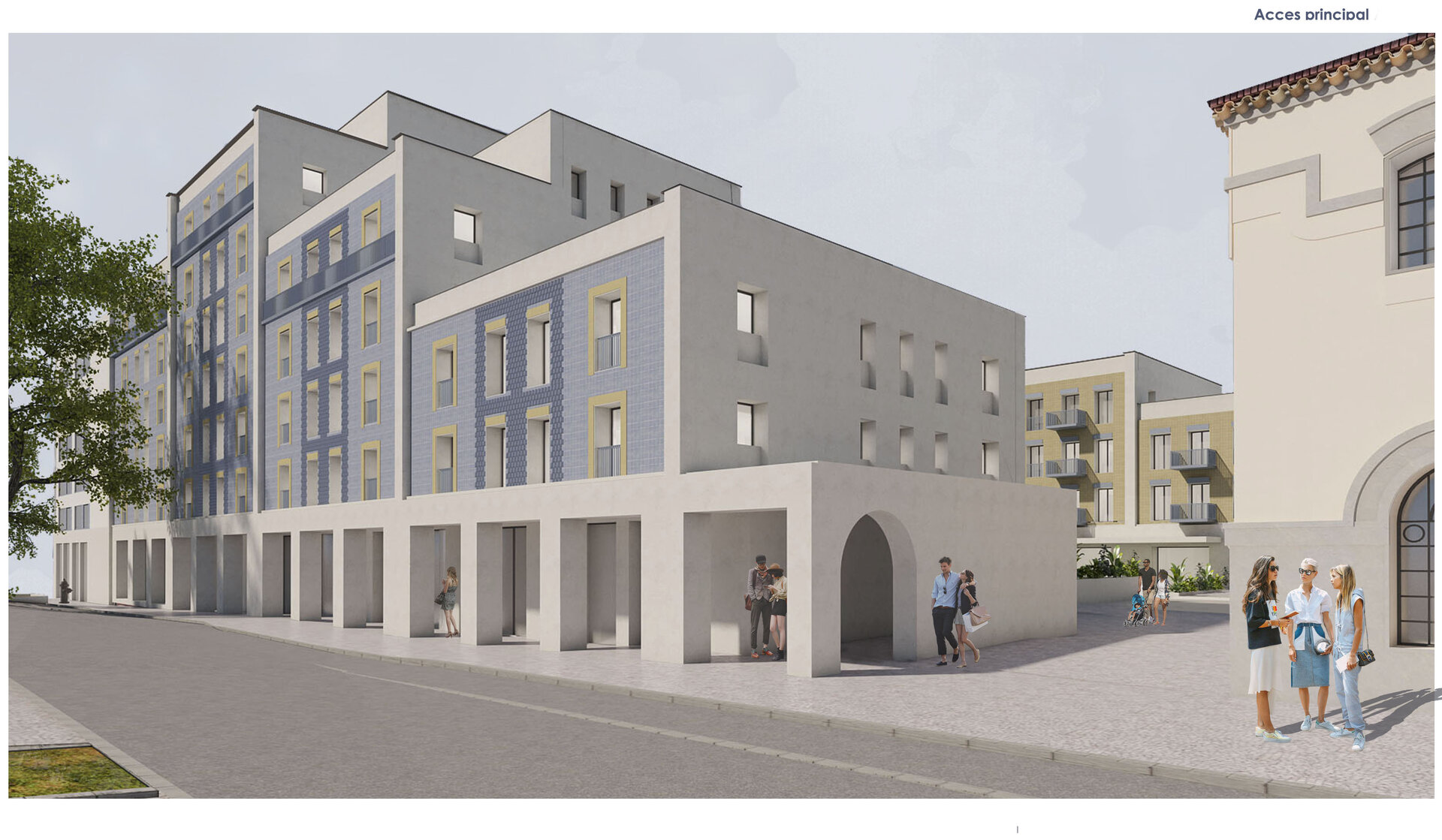 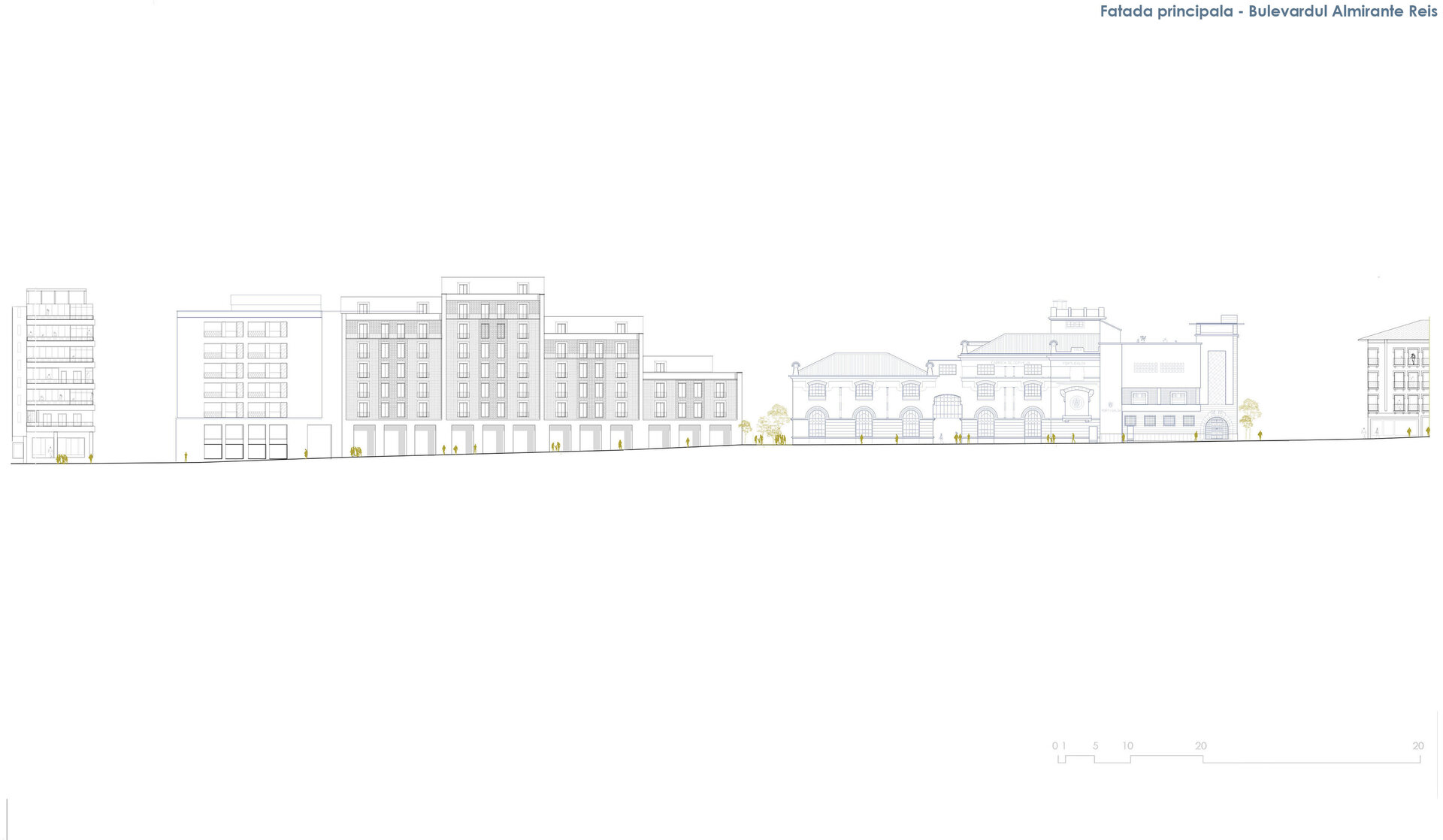 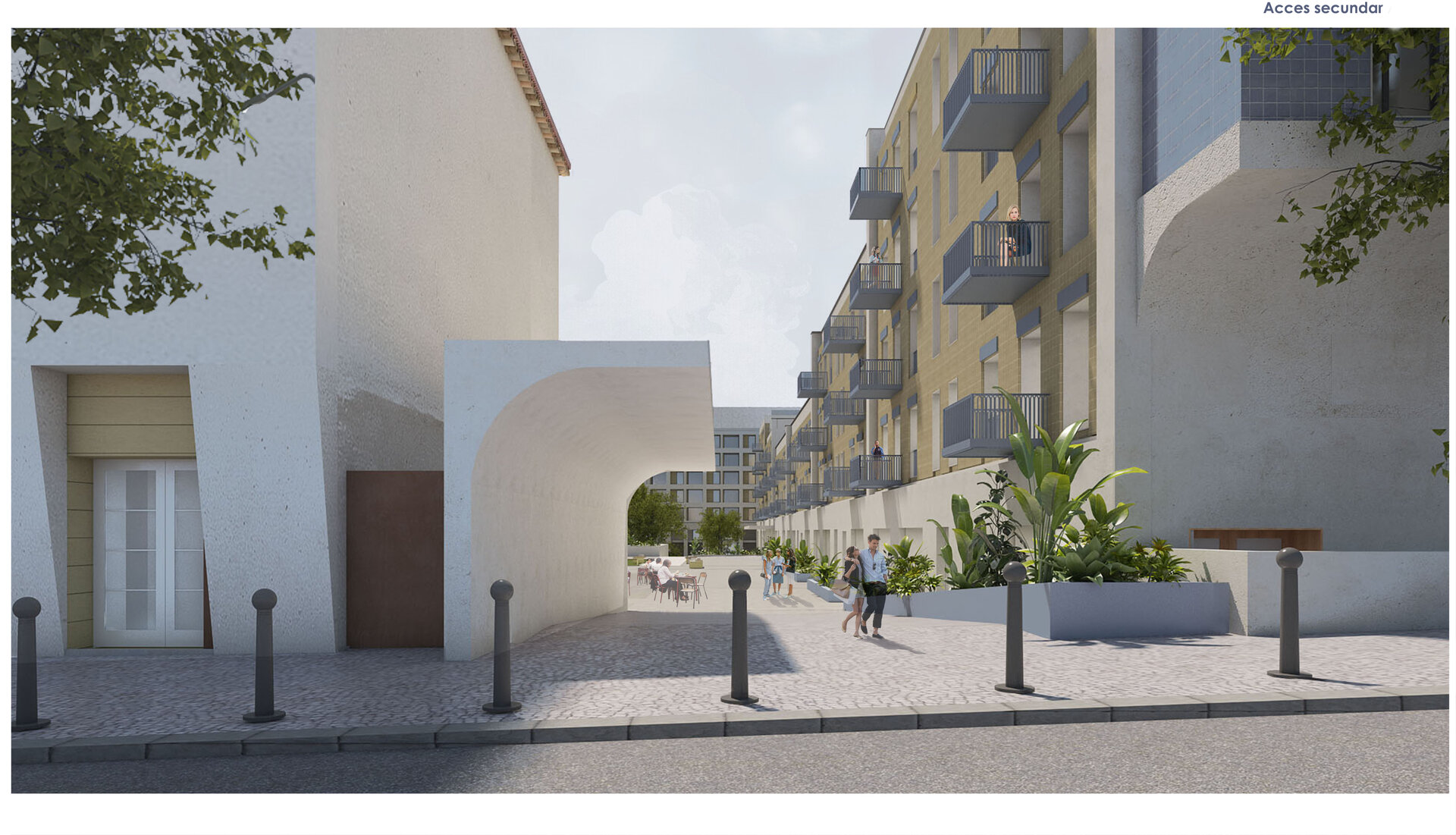 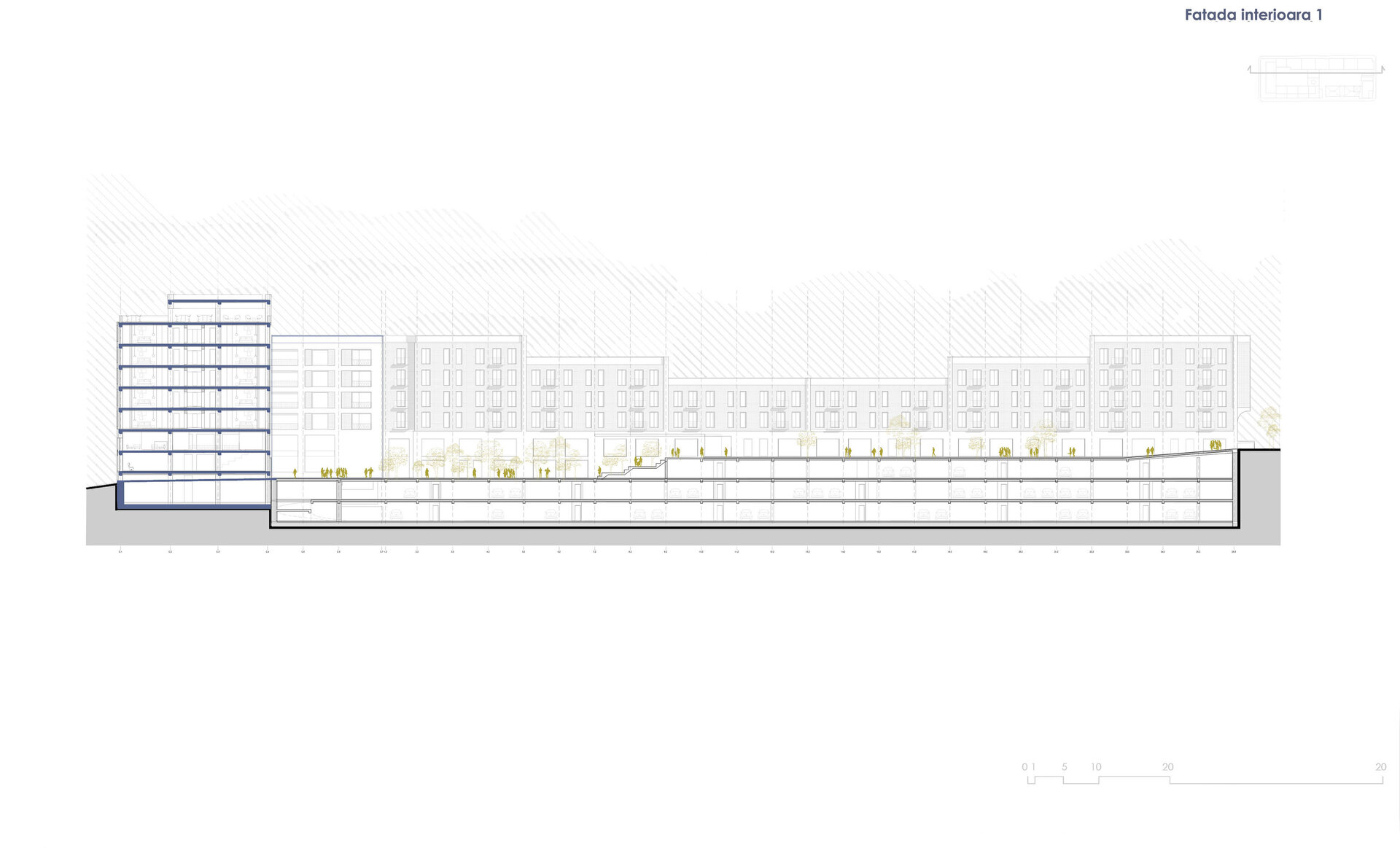 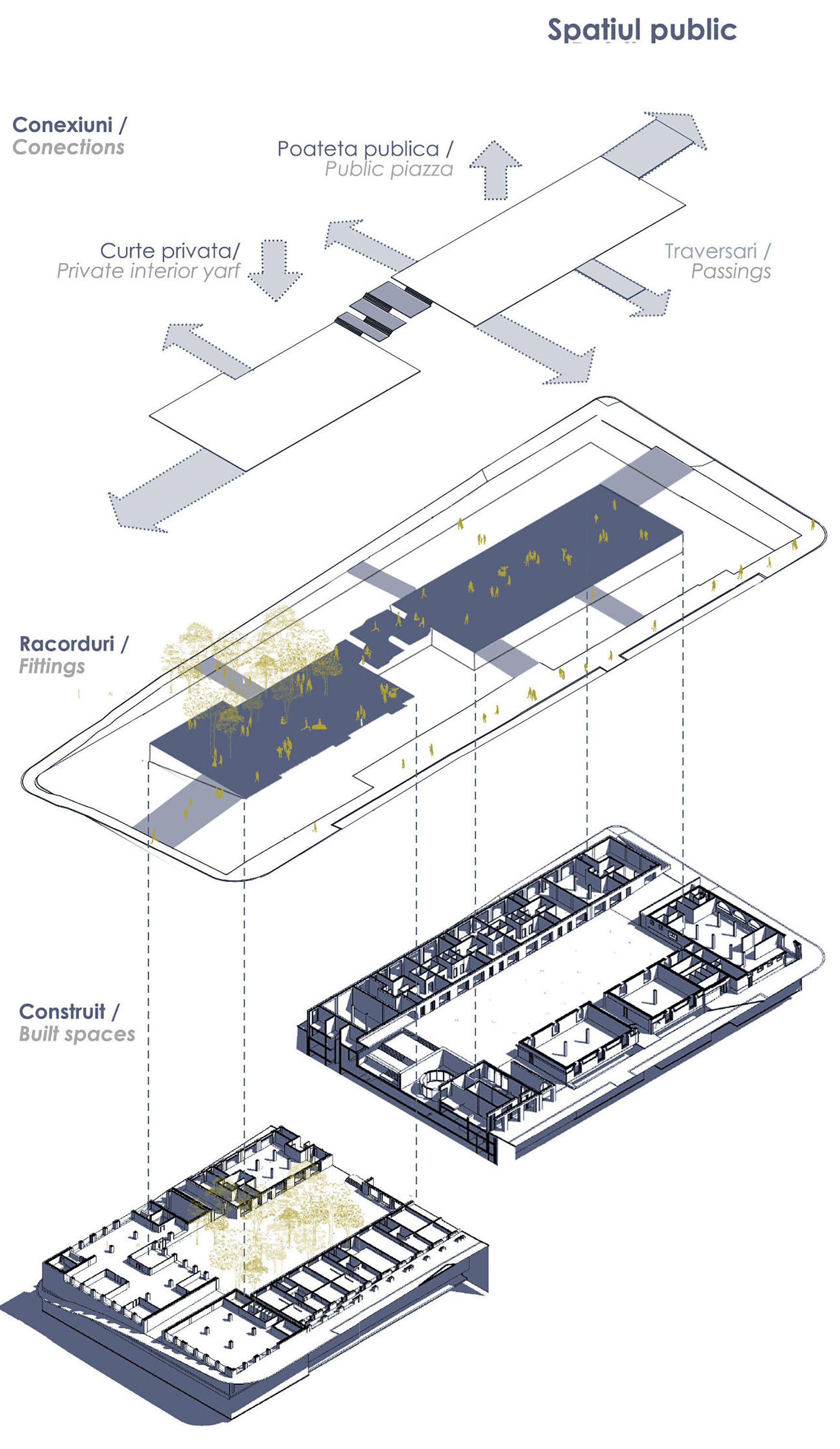 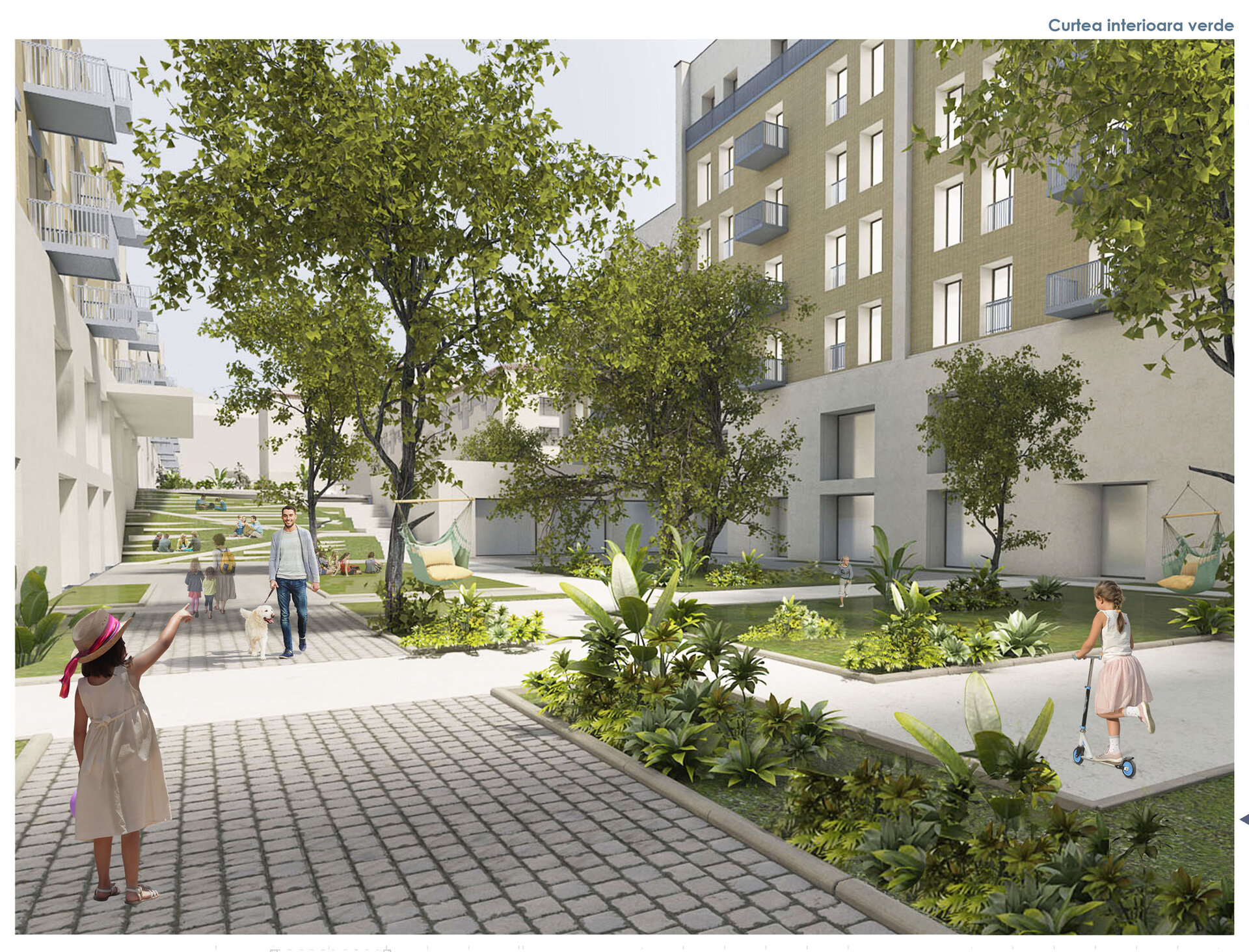 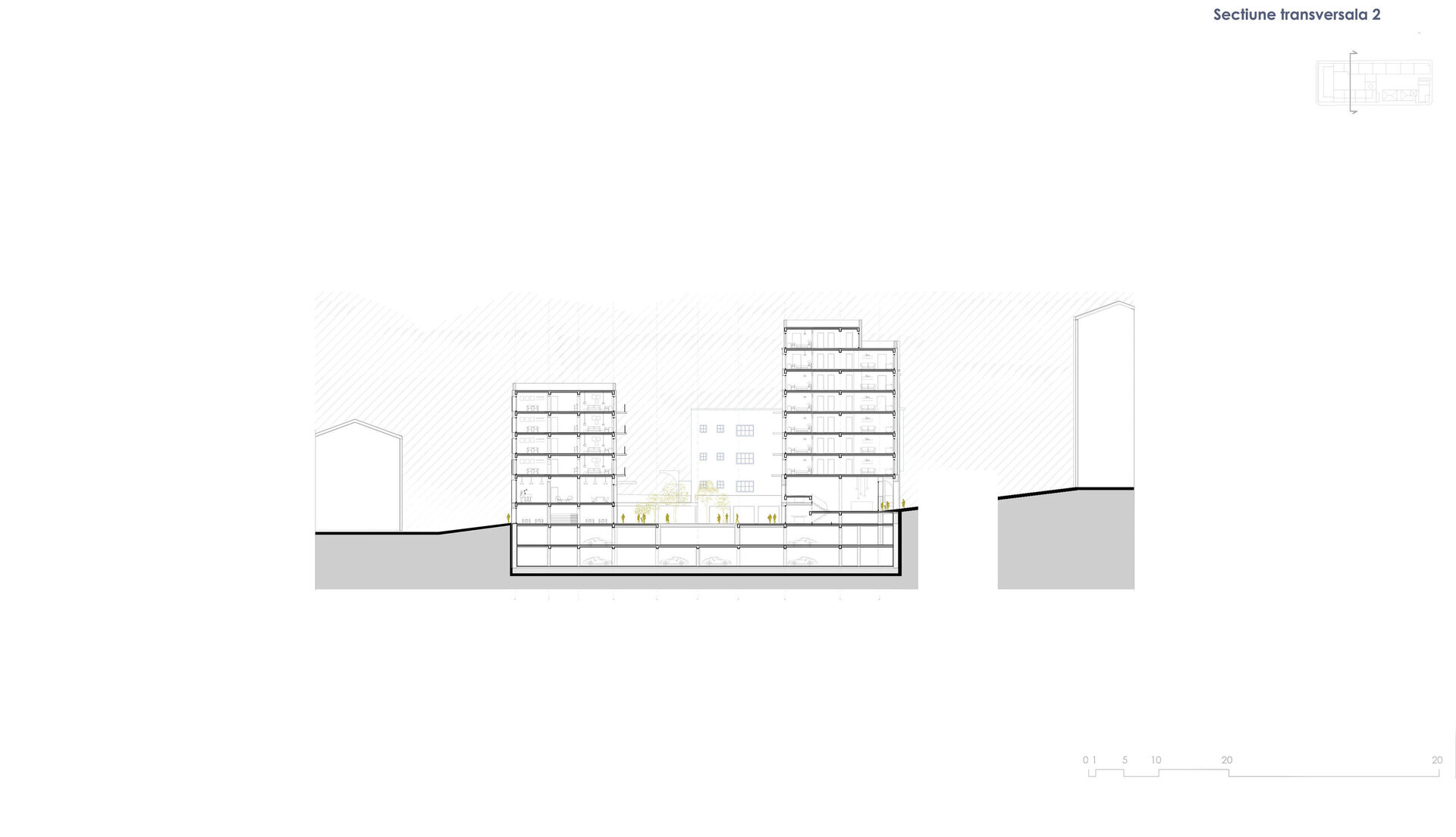 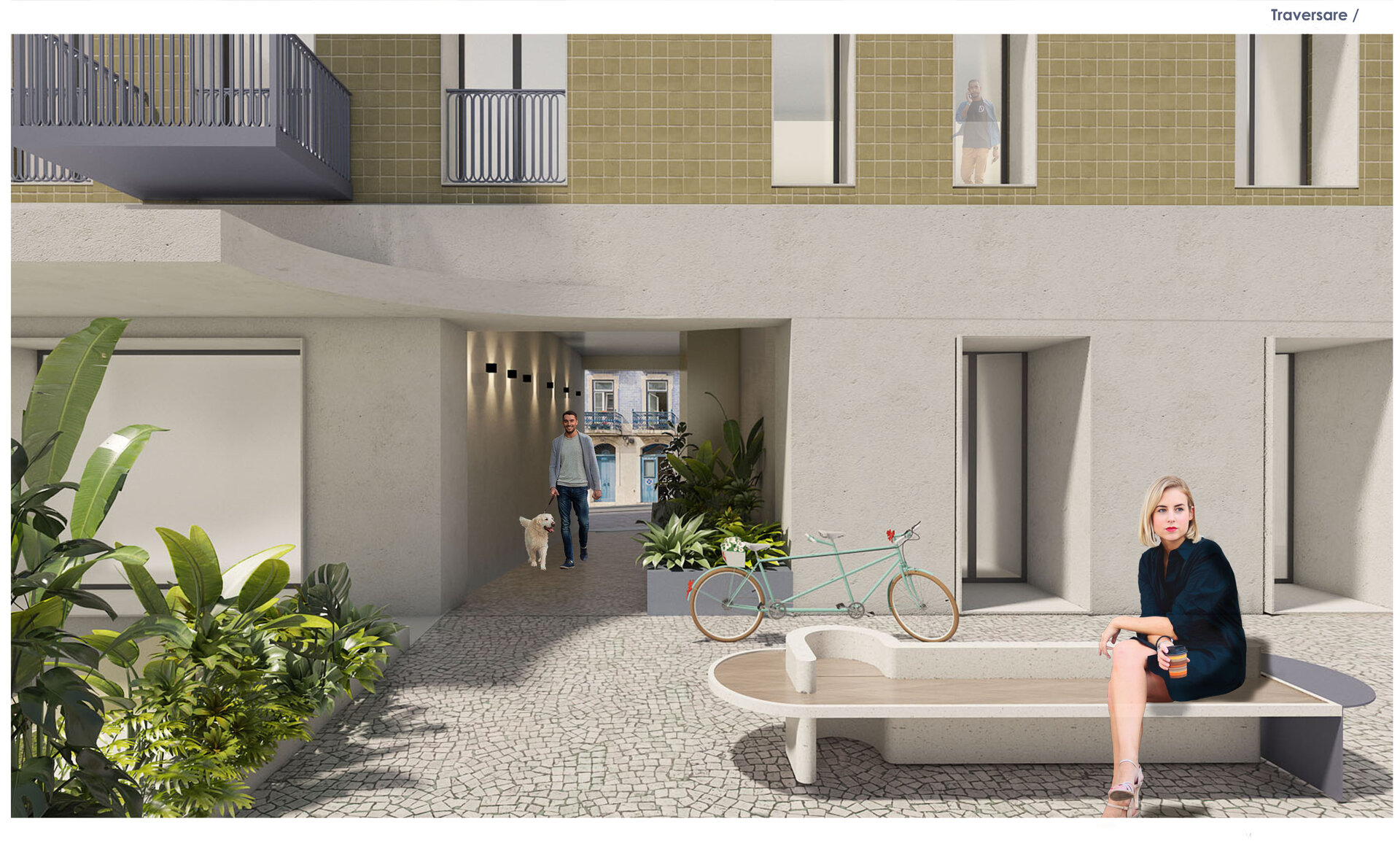 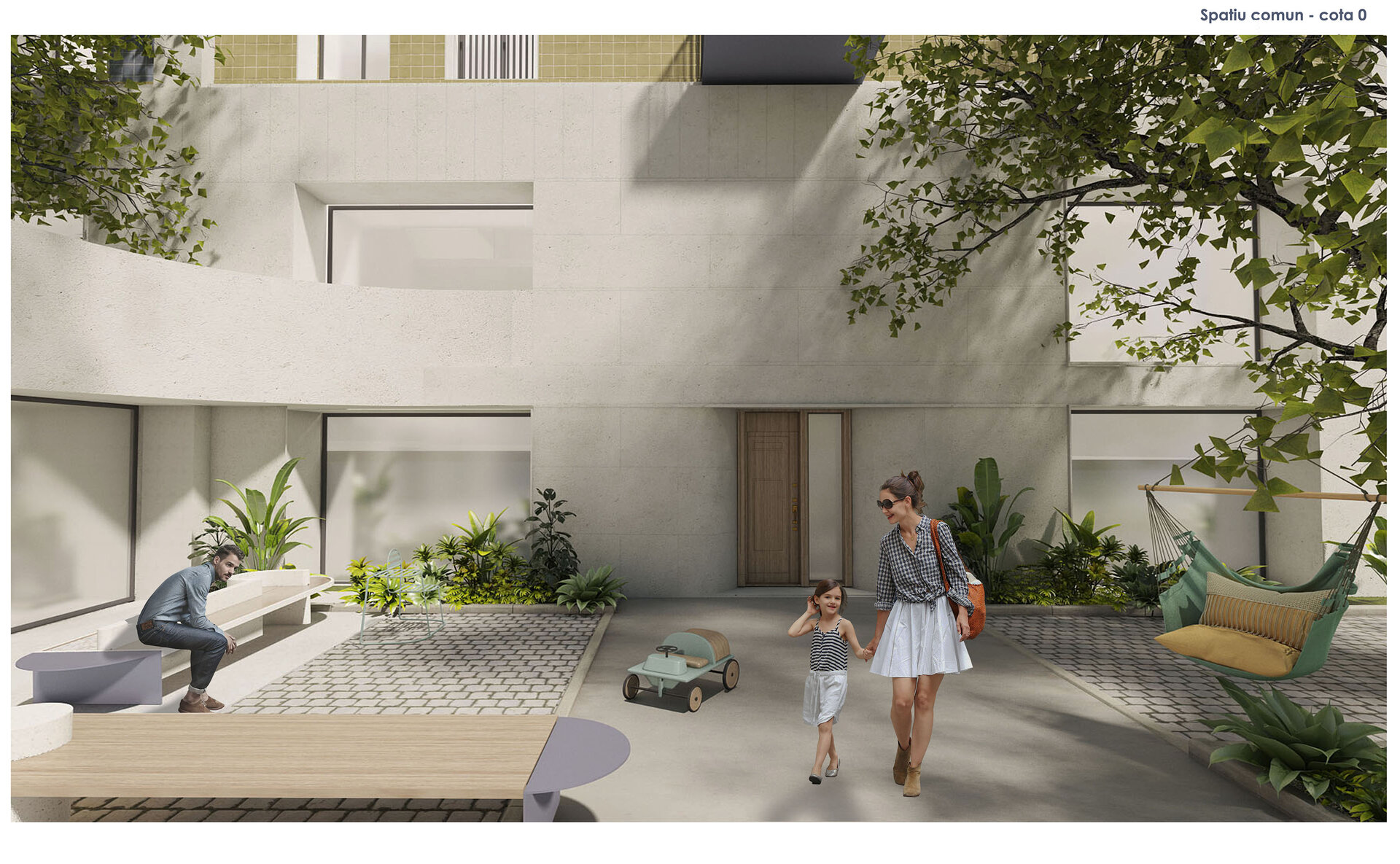 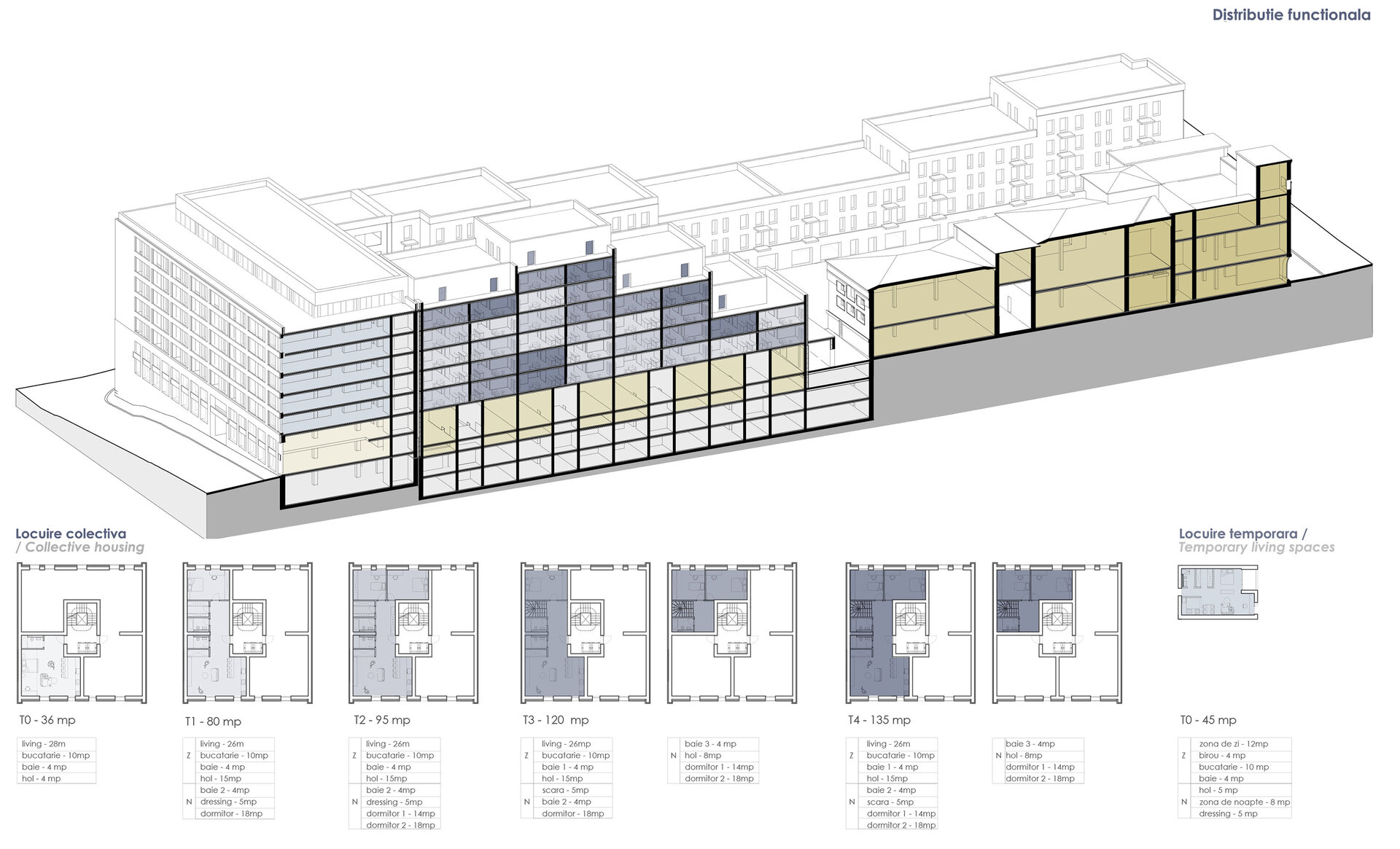 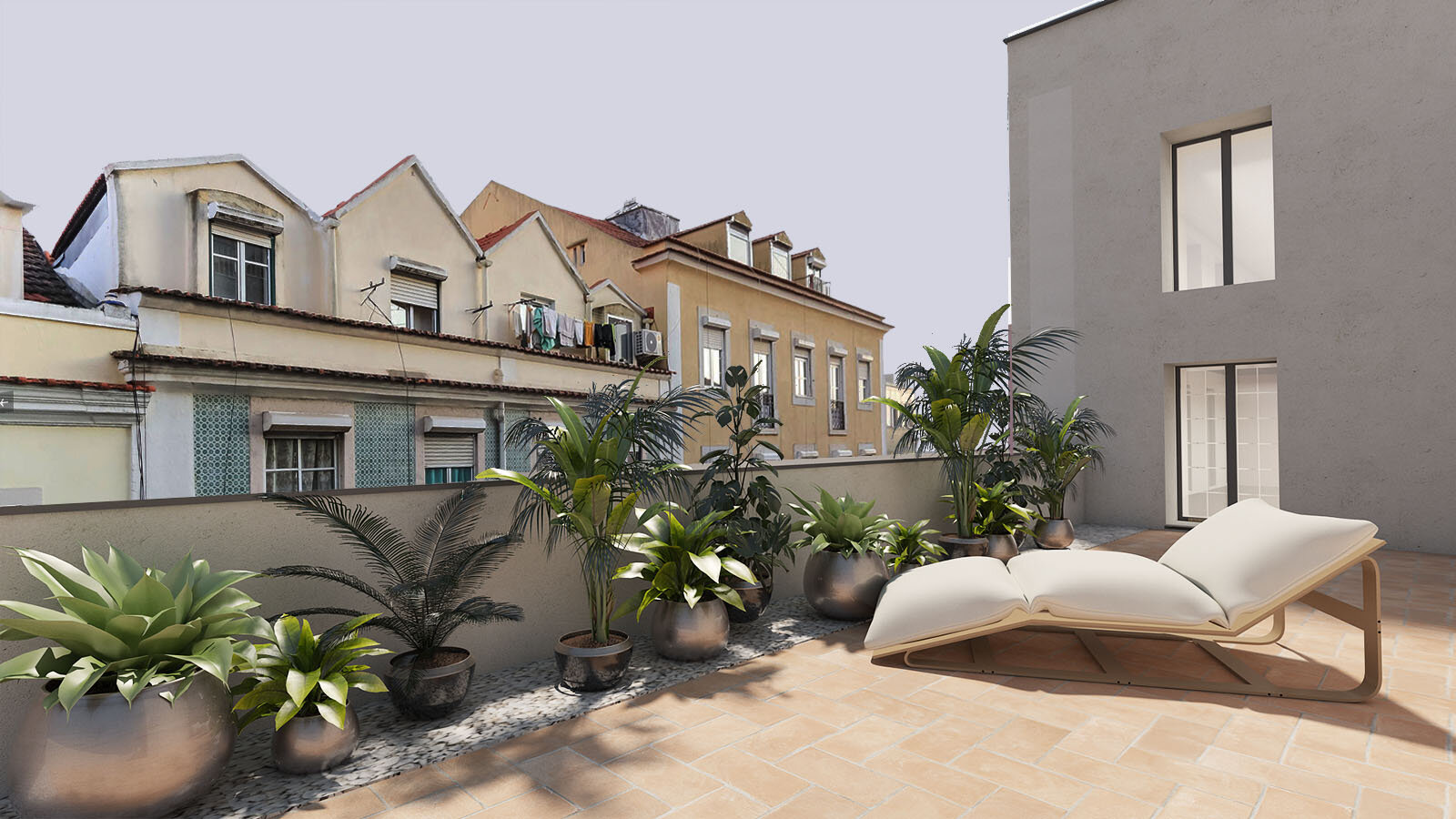 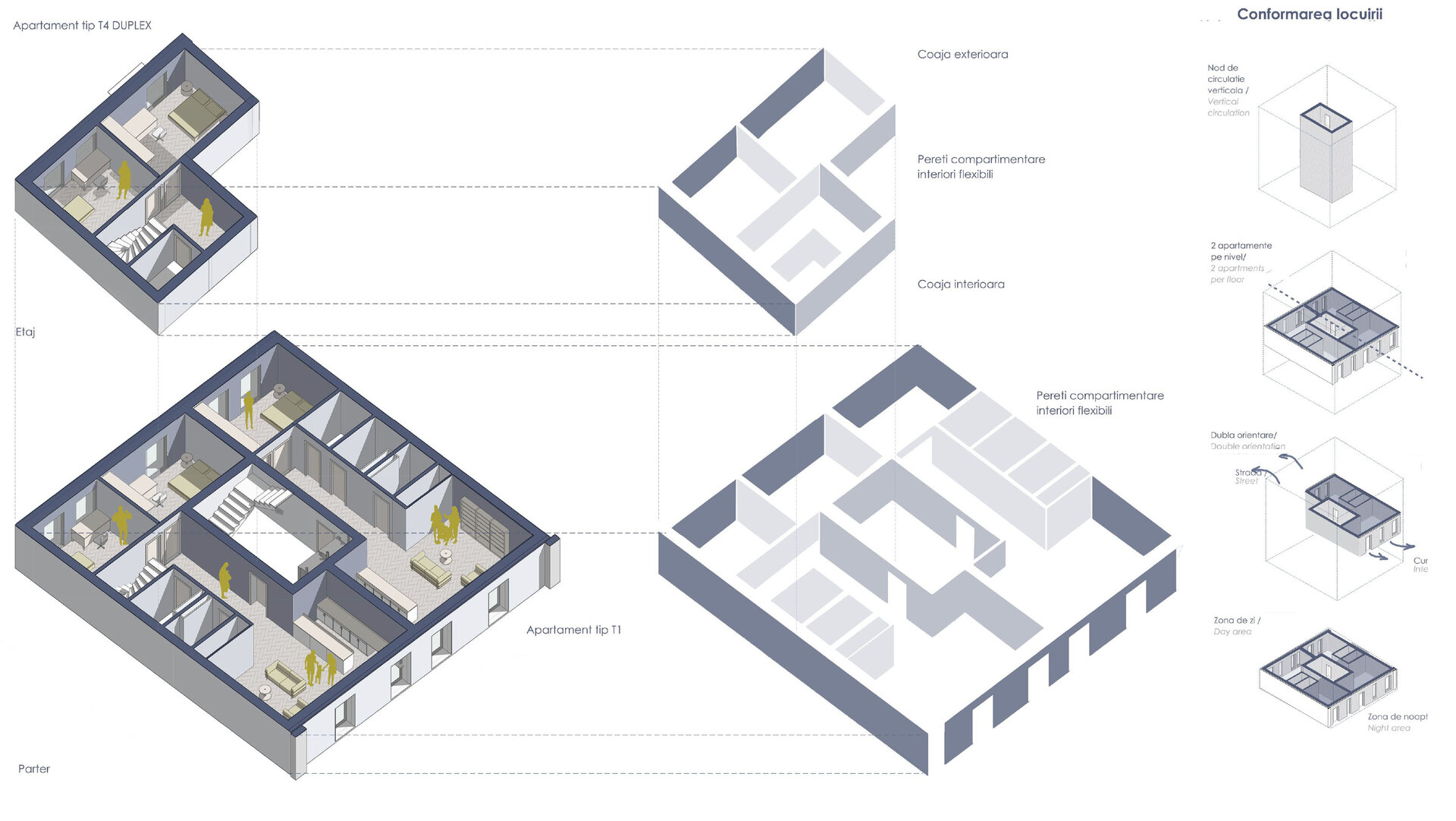 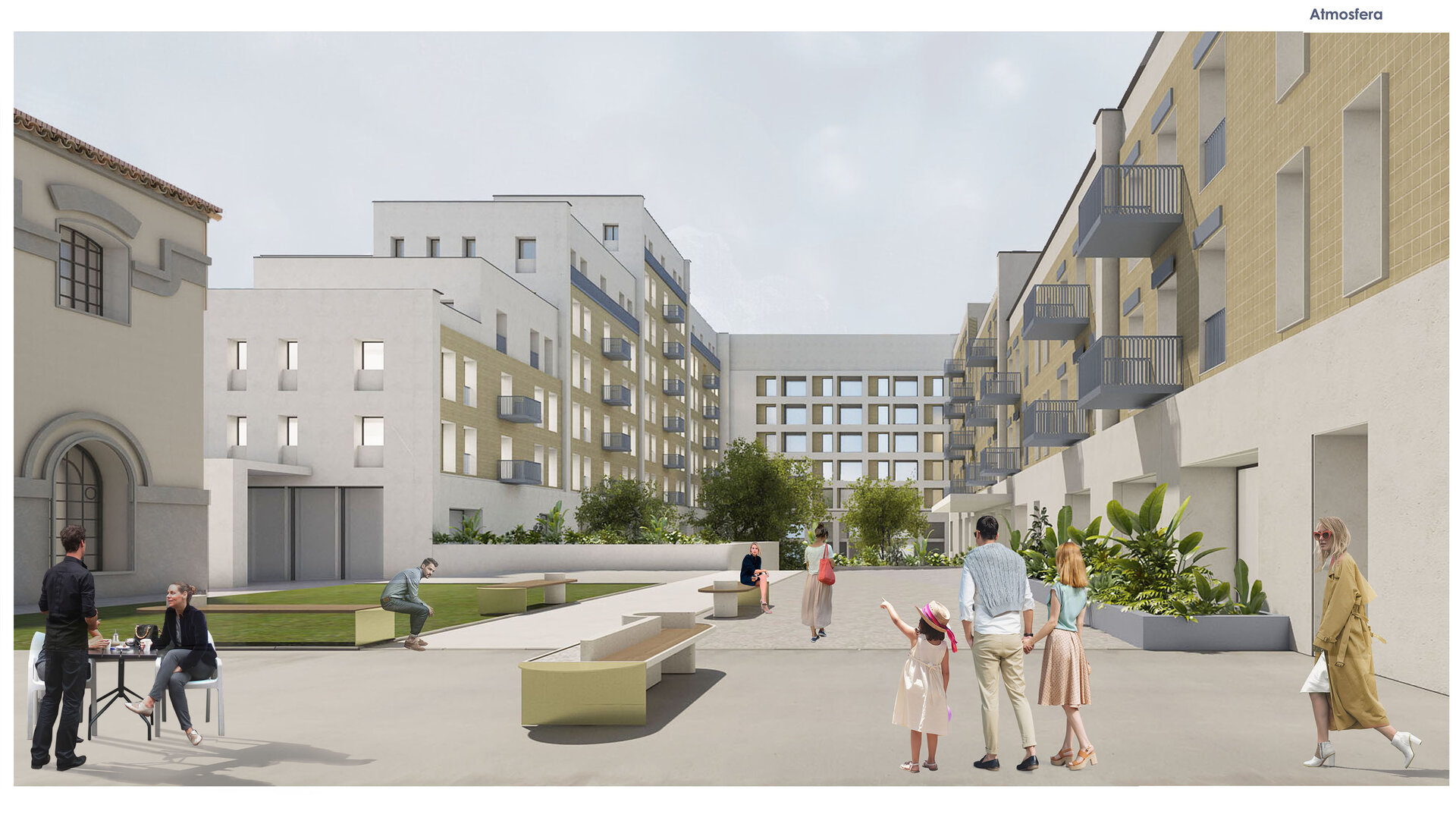