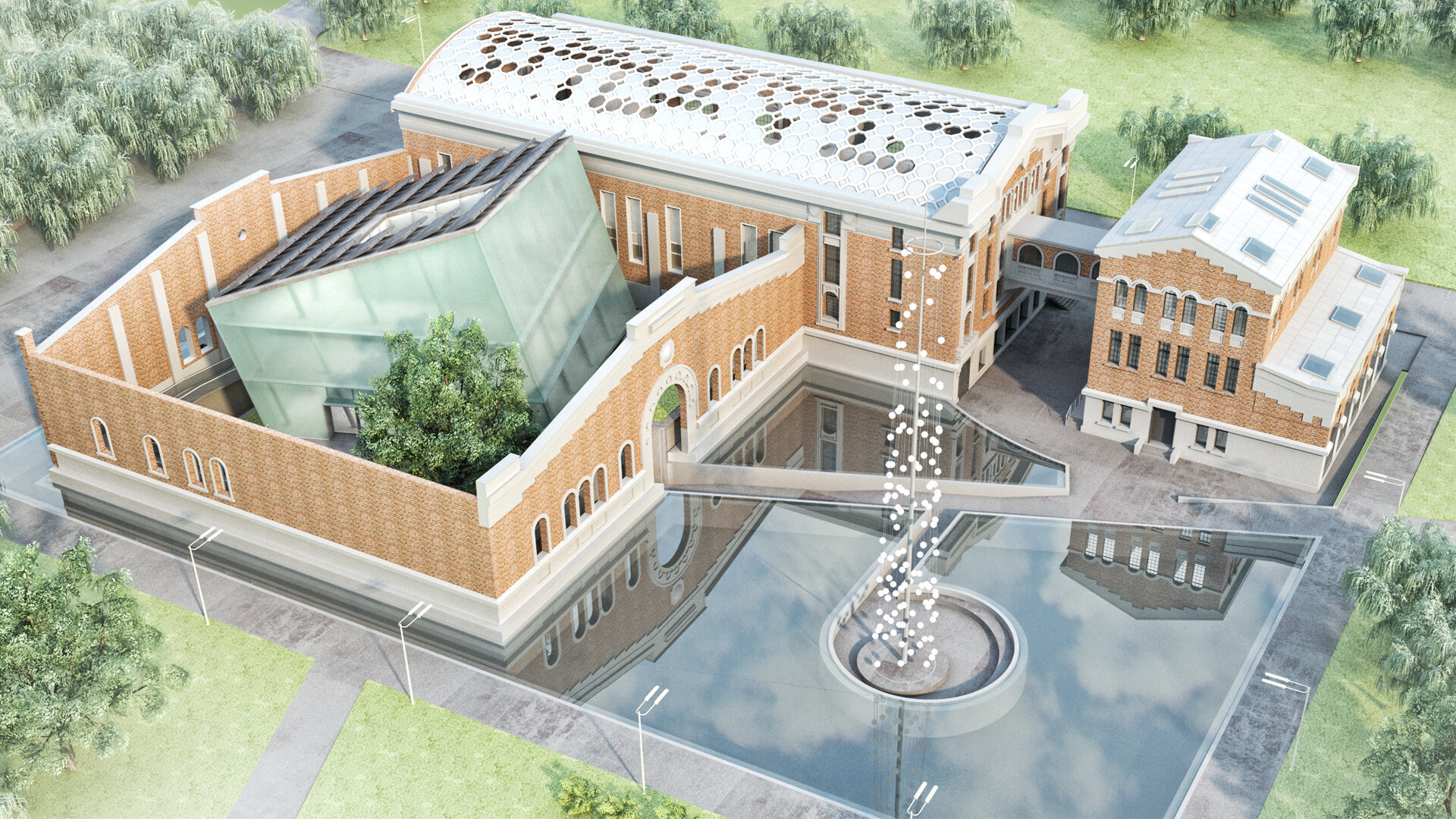 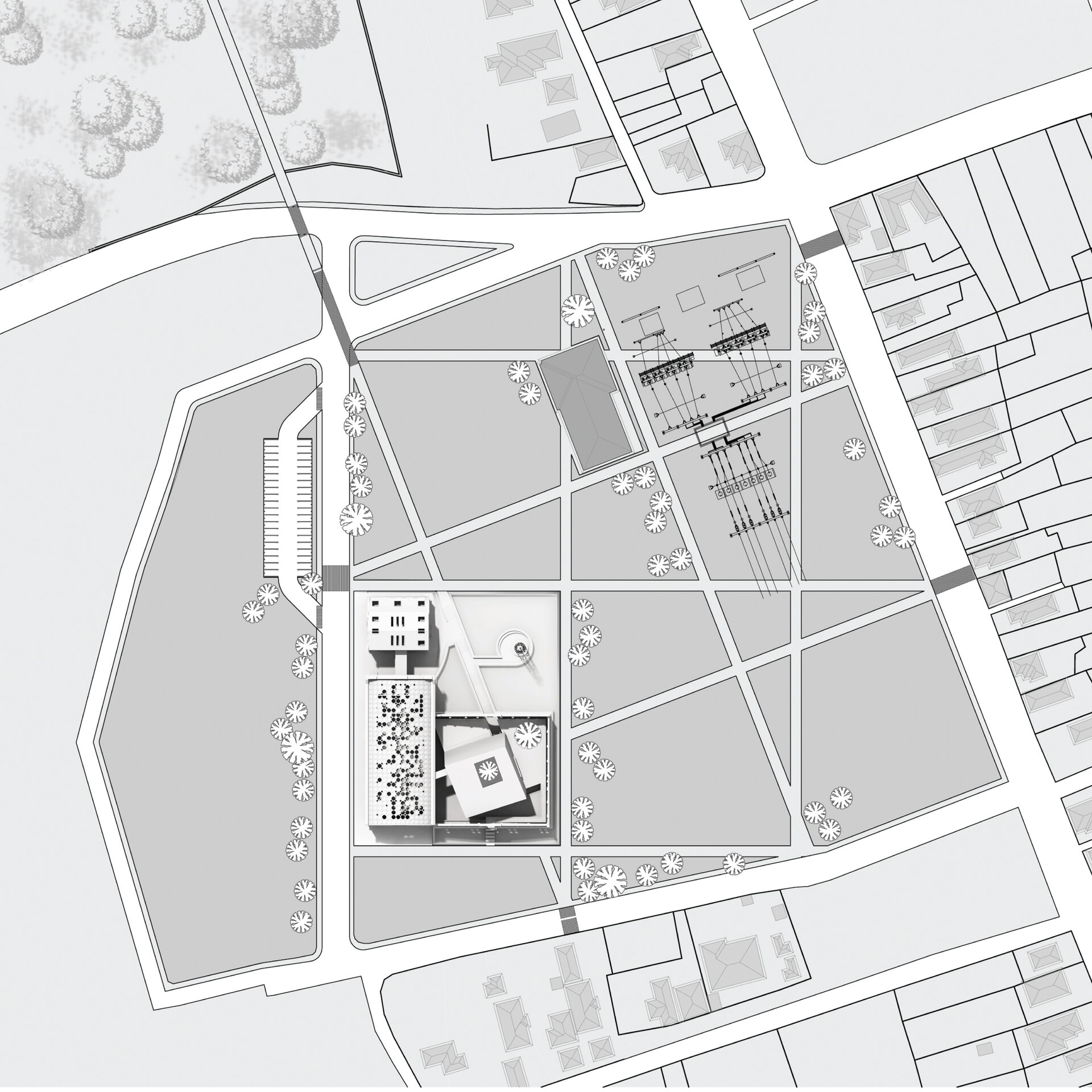 The project proposes the conversion of the “Steaua Electrica” thermal power plant in Floresti, Prahova, into a Nanotechnology Research Center for energy. The plant was designed by architect Duiliu Marcu and engineer Emil Prager between 1921-1922 and operated until 1971 when it was delapidated and left in ruins. The concept of the project materialized in the realization of a symbiotic relationship between new and old. Thus, the project develops as a route in which the weights of old versus new alternate, generating timeless experiences for the user. The existing buildings house the research and temporary living spaces, while the new volume has the function of representation and connection with the community. The main entrance to the center is the terminus point of a promenade that connects the proposed technology park with the Cantacuzino estate. The access to the center is through a descending ramp surrounded by water that emphasizes the importance of the old buildings. The water, the sunken square, the old buildings and the new volume, create spaces with various characters and an alternation between light and darkness that is discovered along the route. The inner courtyard acts as a distribution center where you can access both public spaces (forum, VR room, cafe) and spaces dedicated to researchers. The turbine hall houses the main research facilities. Both general and cleanroom laboratories are modular for better flexibility and adaptability and are surrounded by a corridor for both accessibility and protection from sunlight. For better collaboration between researchers there are spaces for interaction as well as offices. The most spectacular space is the one above the box that houses the research spaces. It is a collaboration area and open space offices for researchers. The new perforated roof is inspired by the Carbon nanotube and retains the shape of the old roof. The temporary housing program for researchers is in the transformers hall and is organized as a co-living community where the main living spaces are shared. The private spaces (room and bathroom) are loft type developed on two levels. 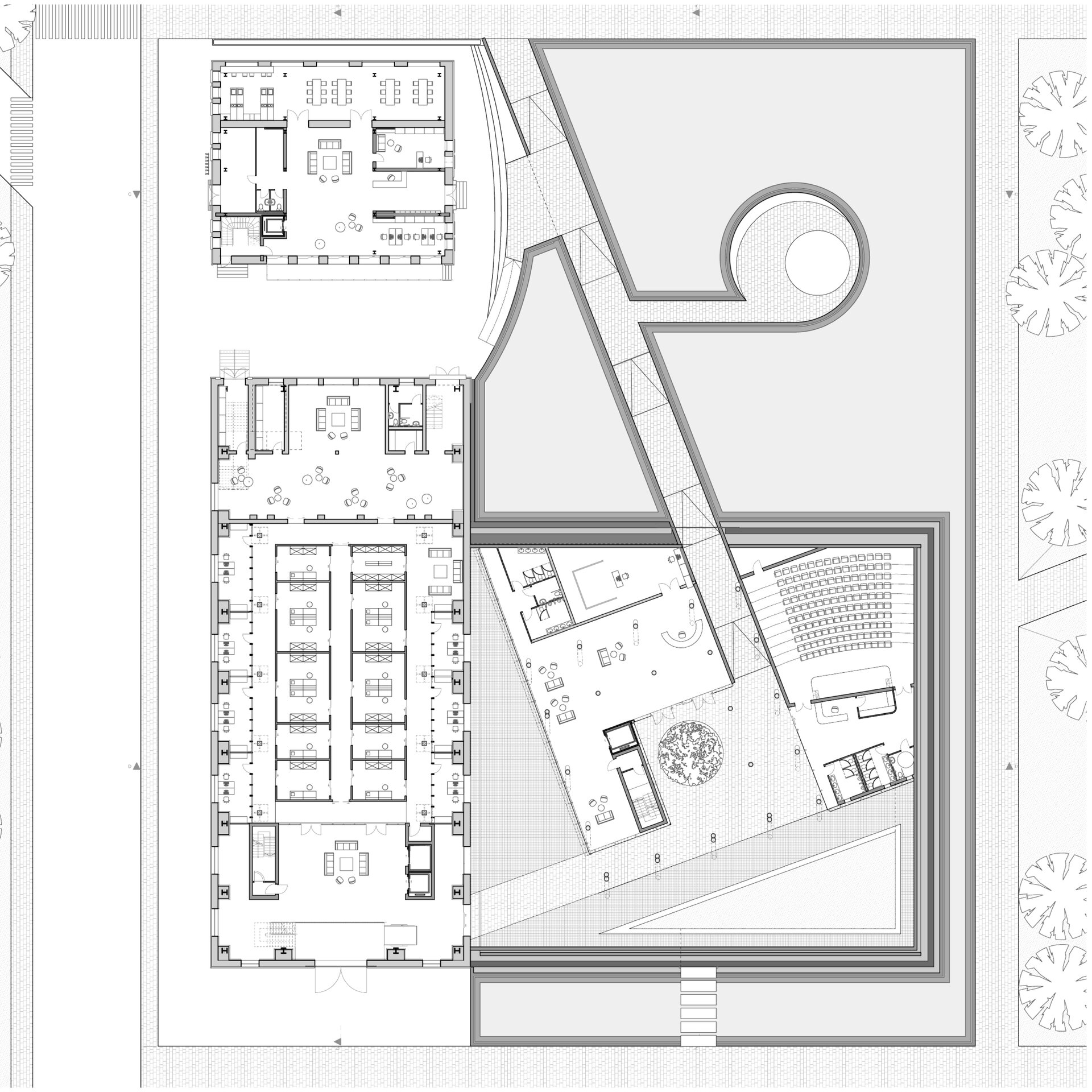 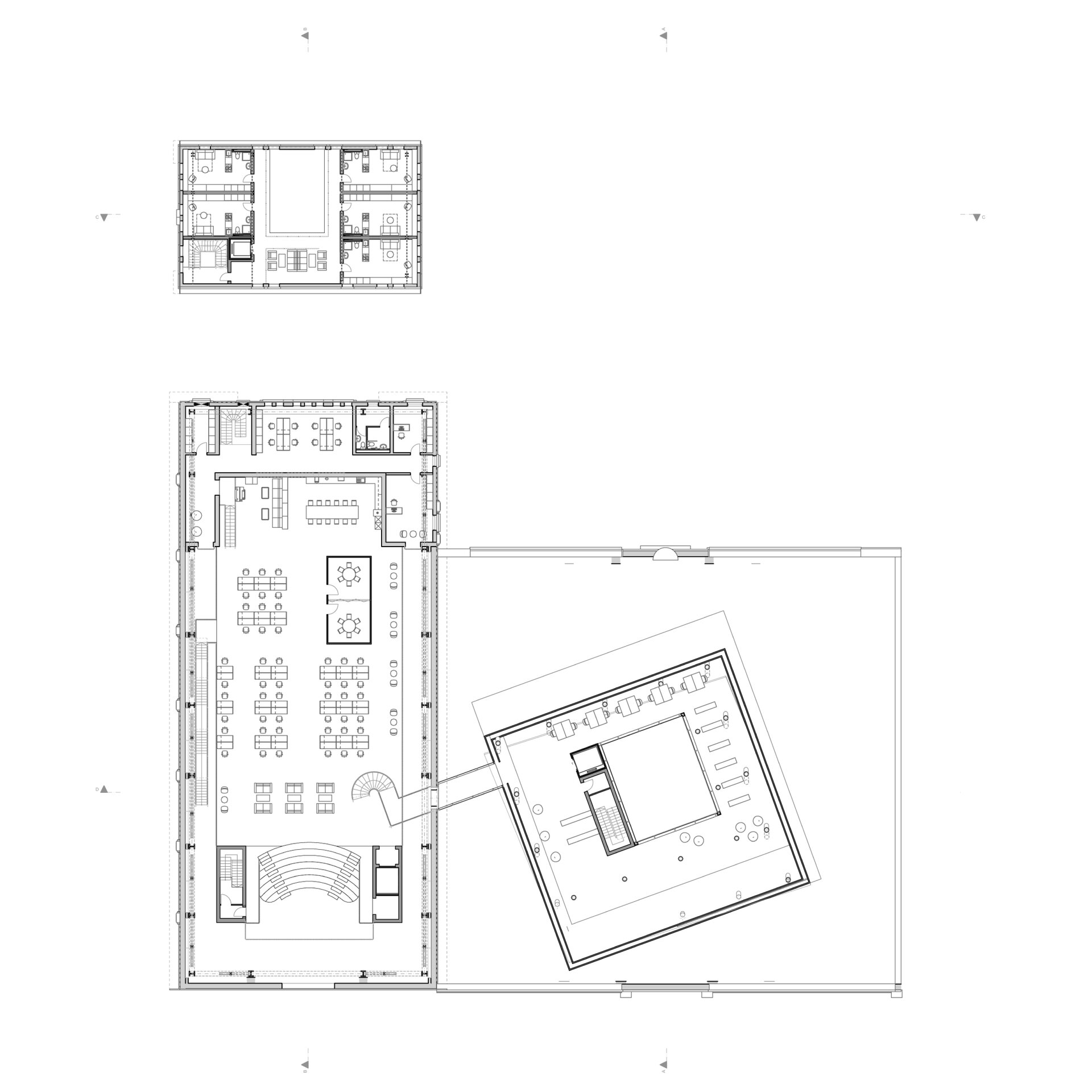 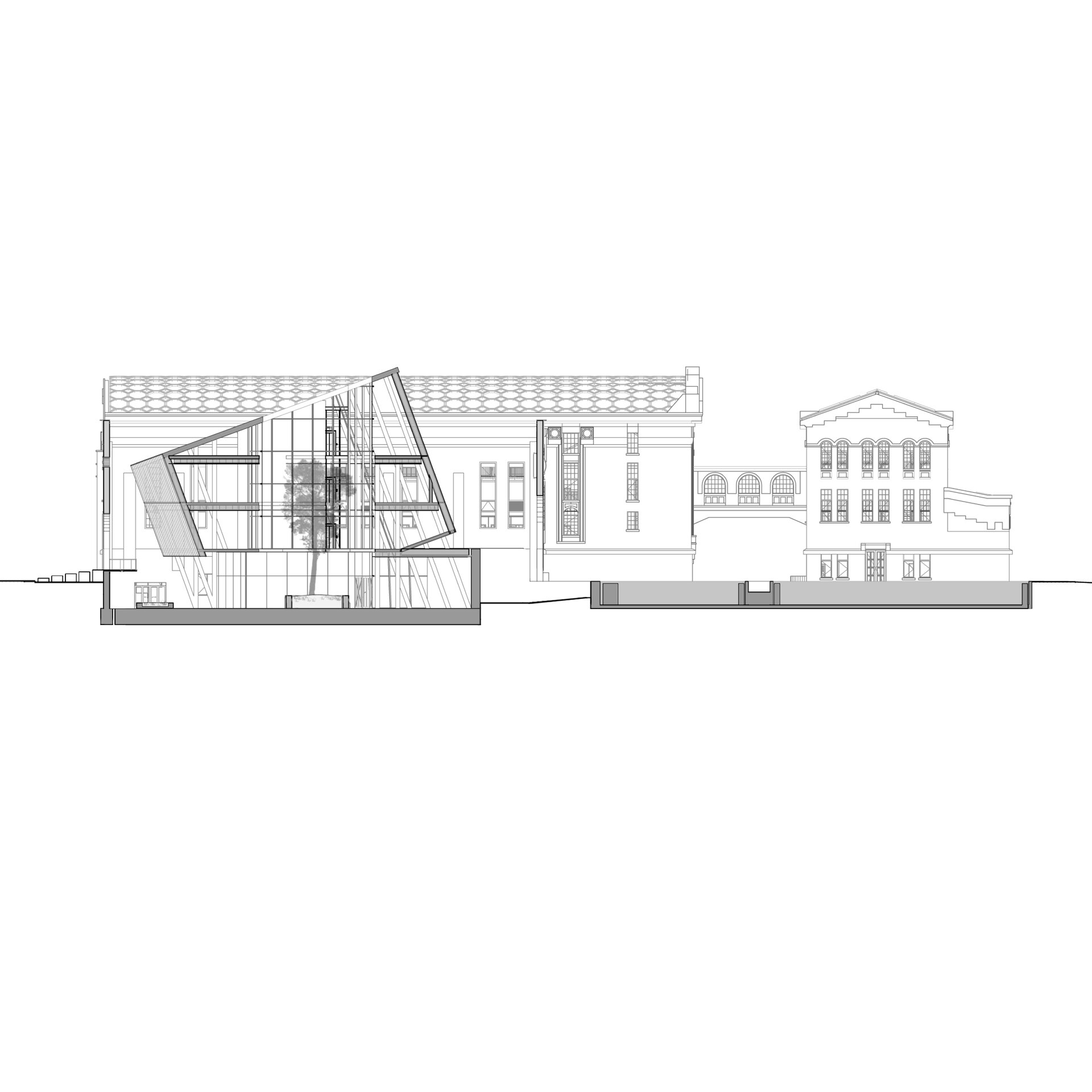 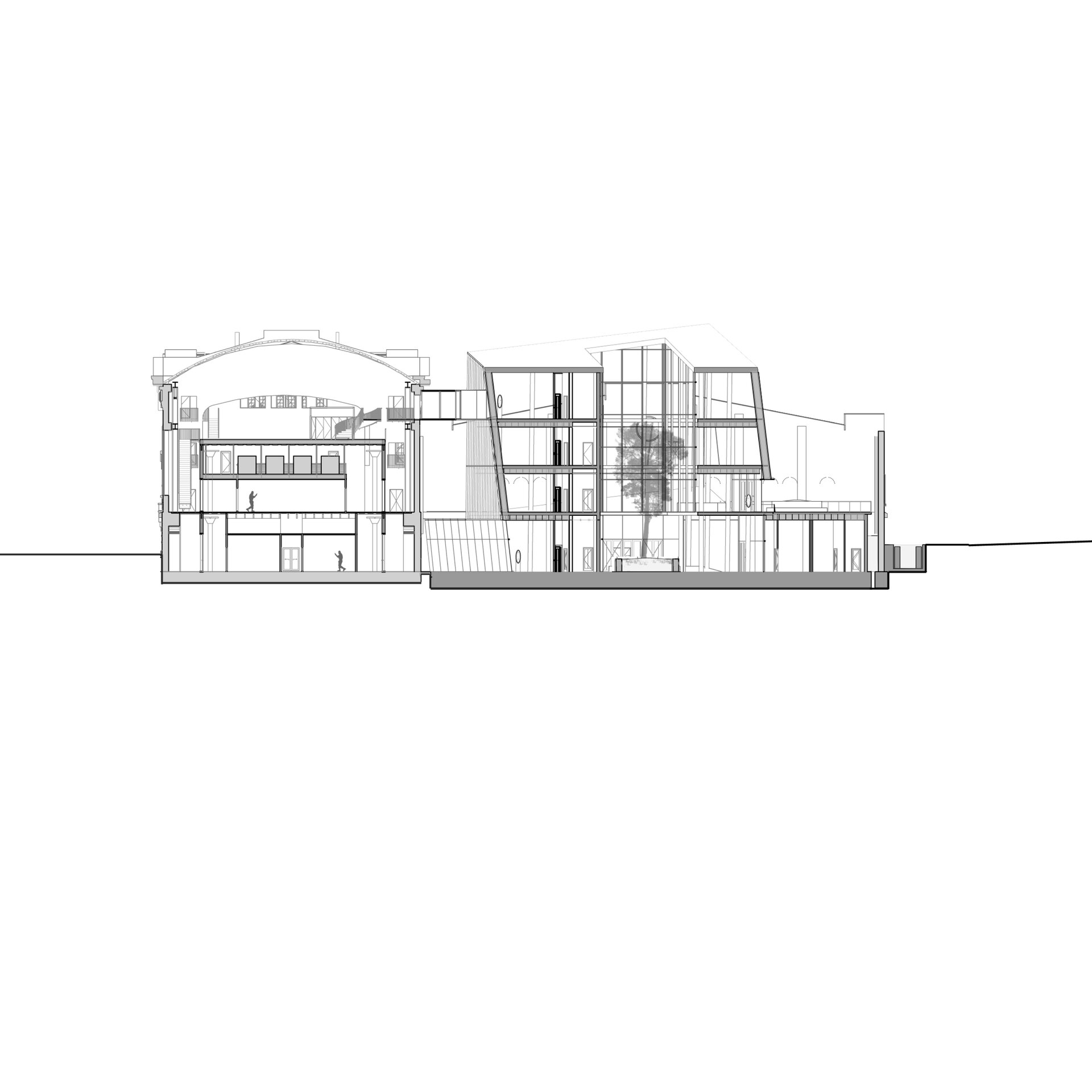 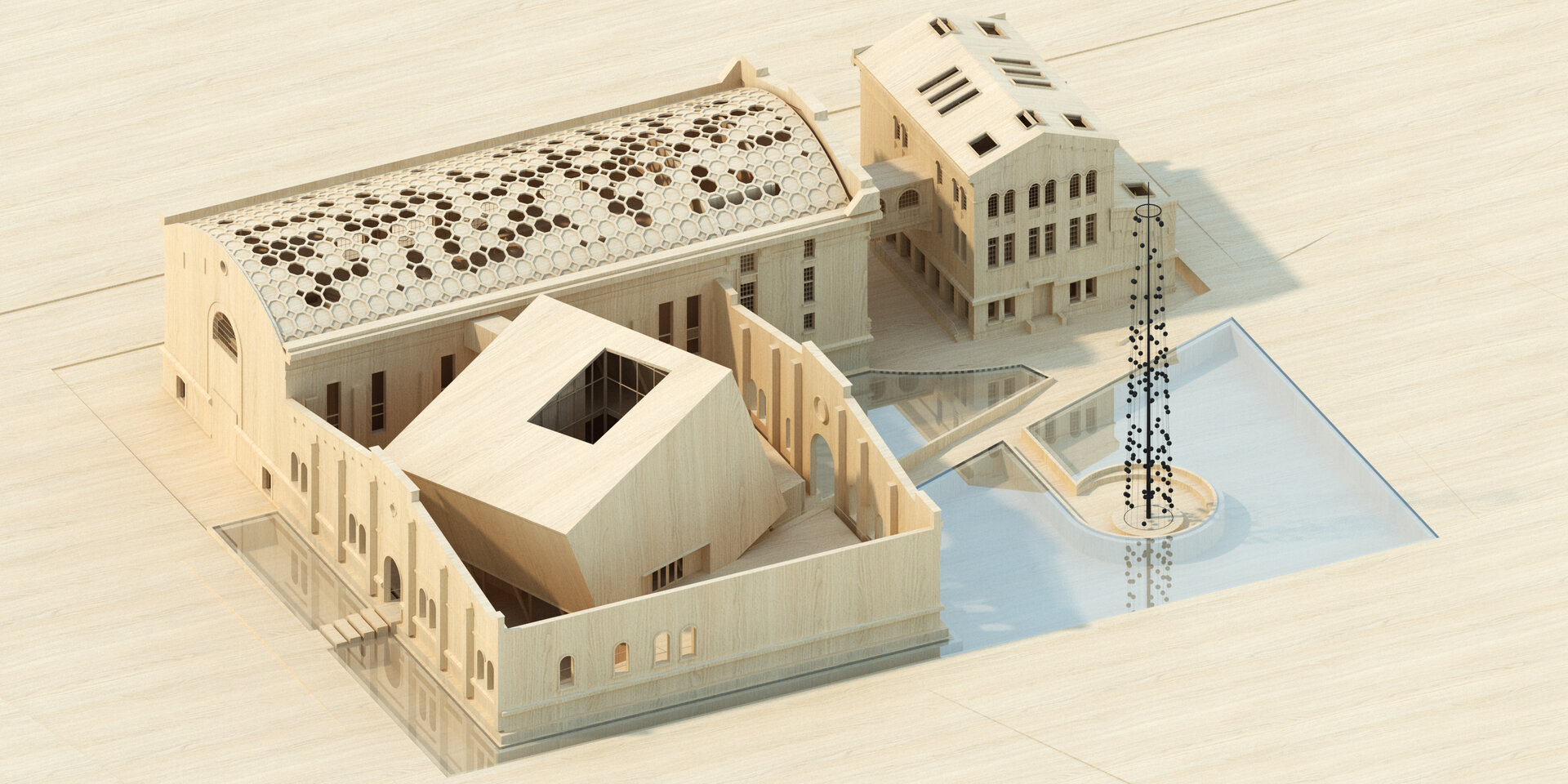 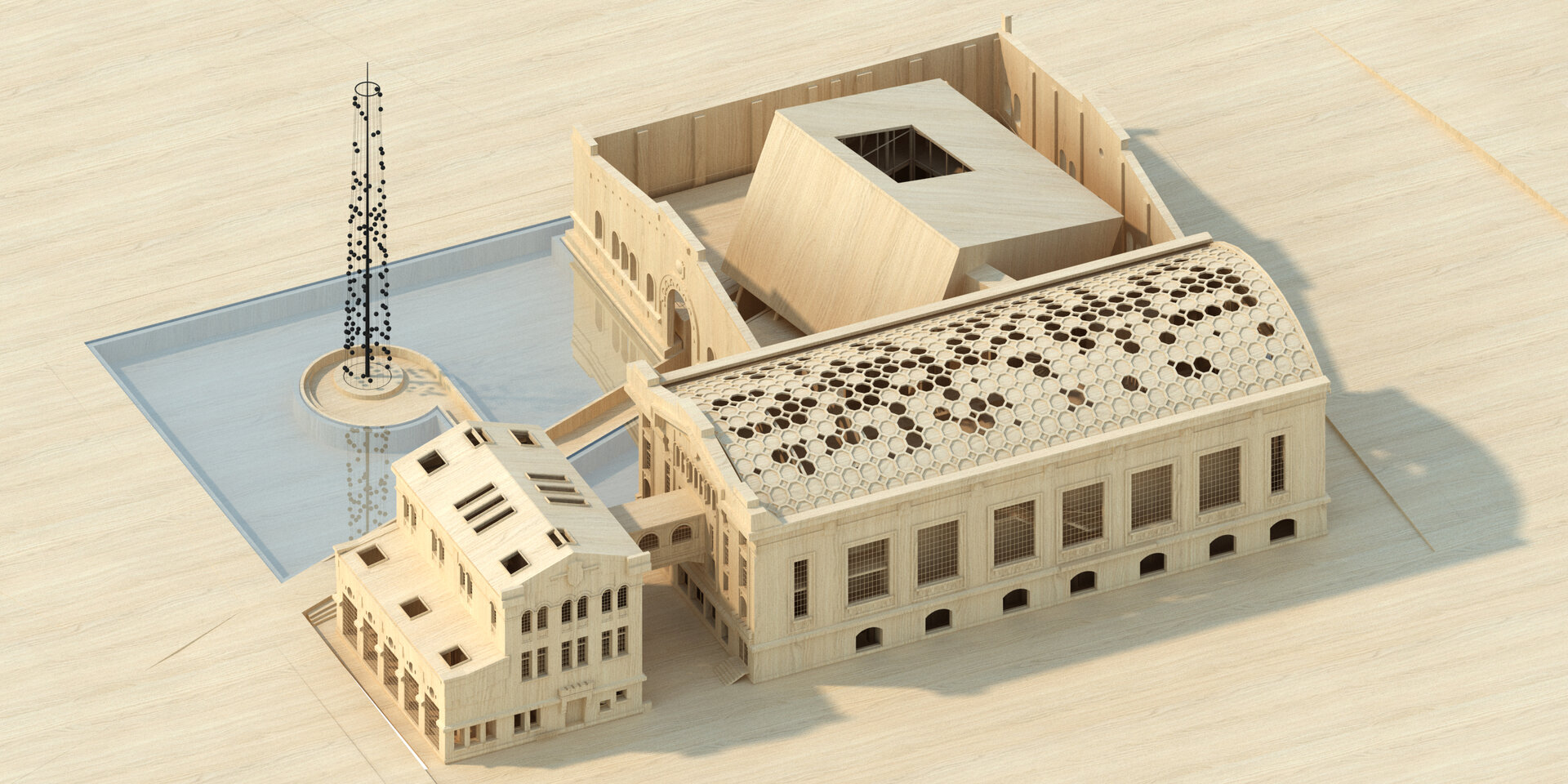 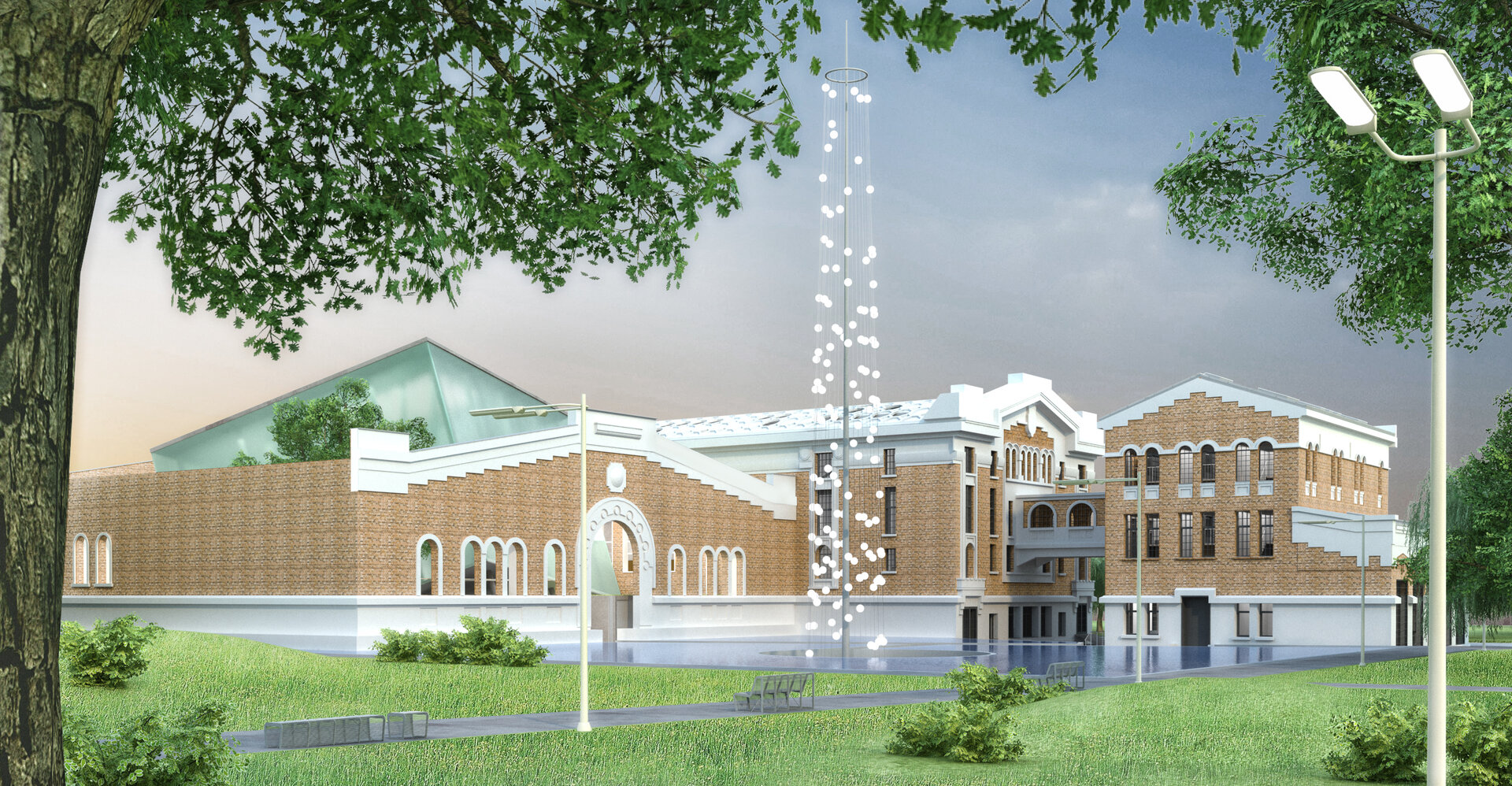 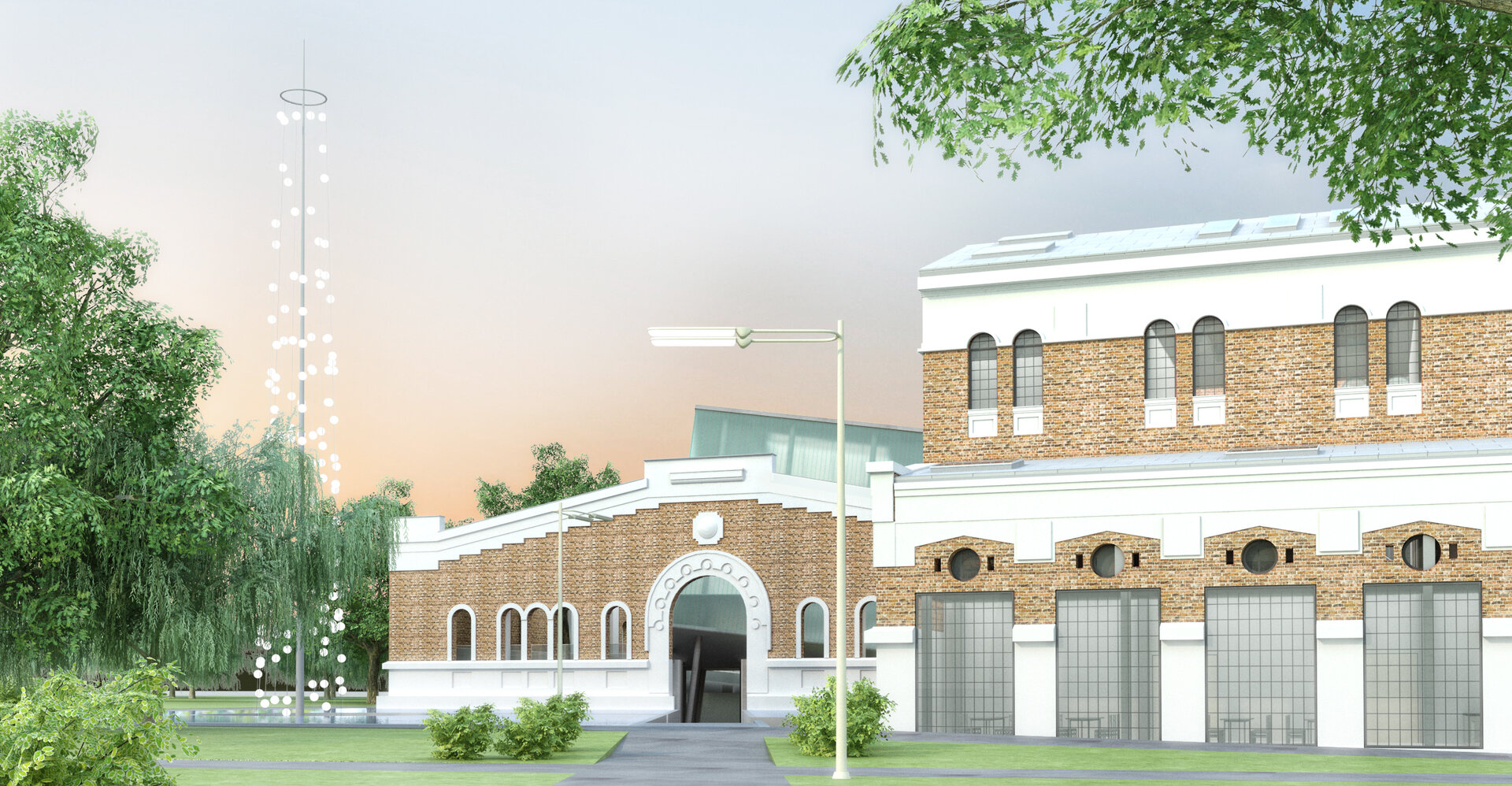 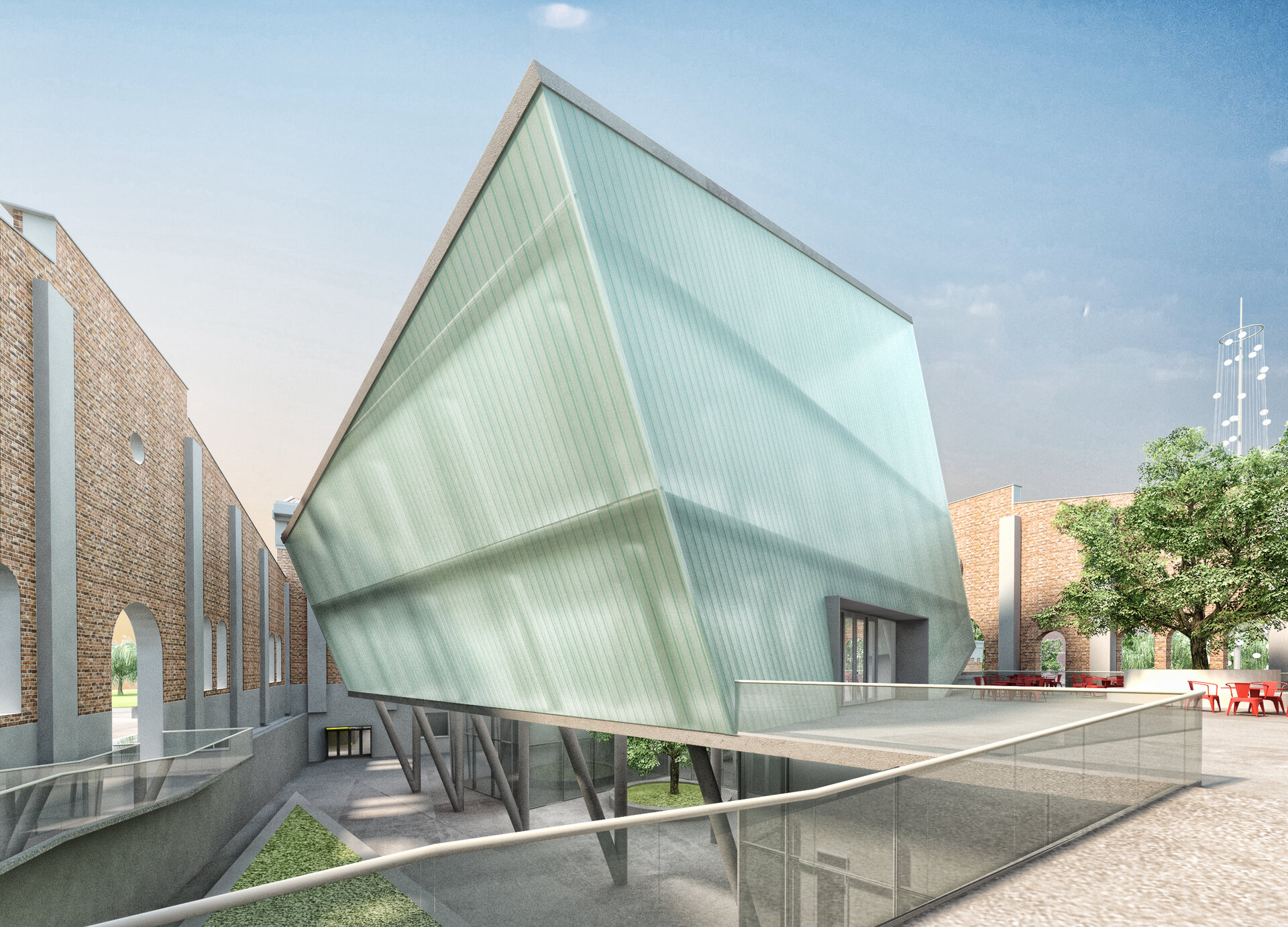 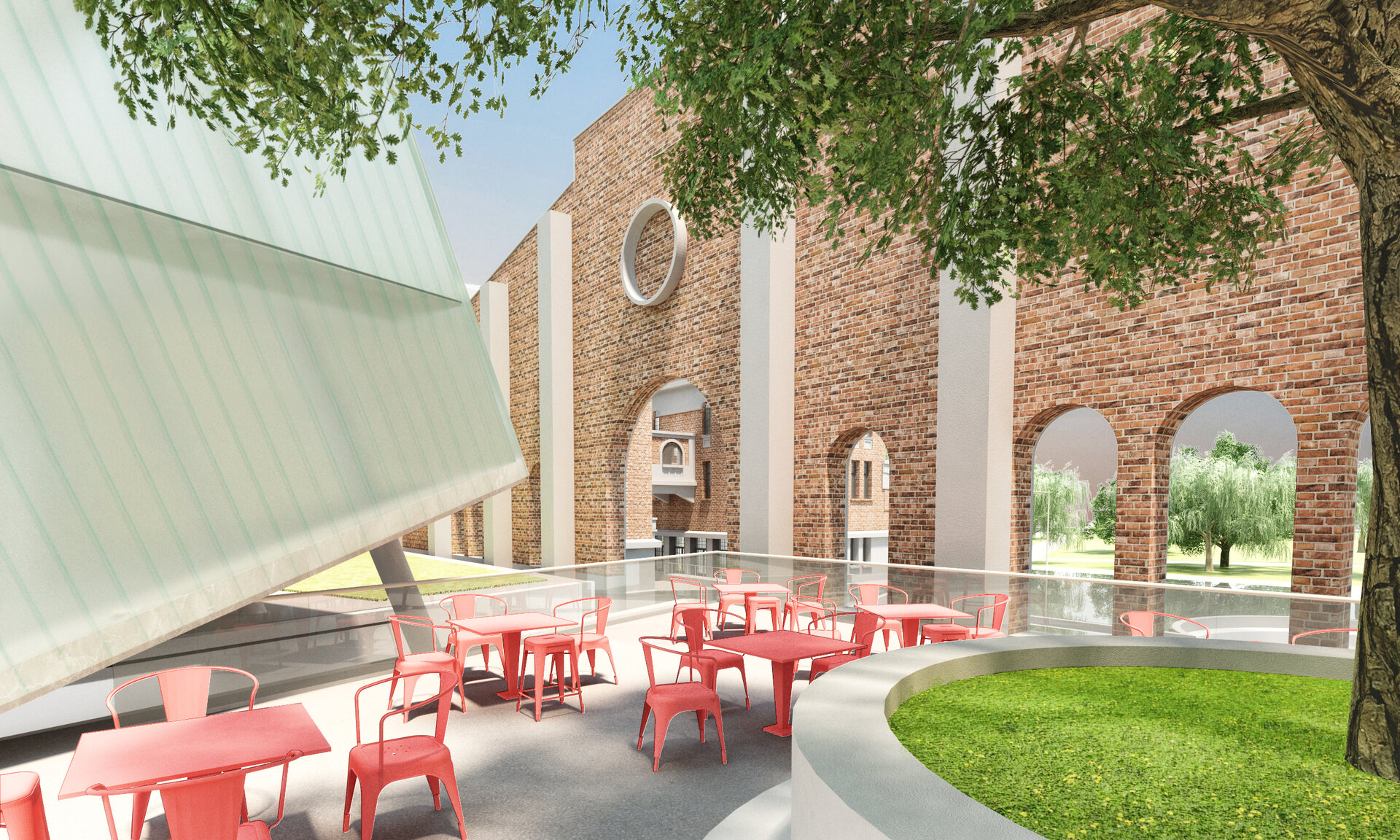 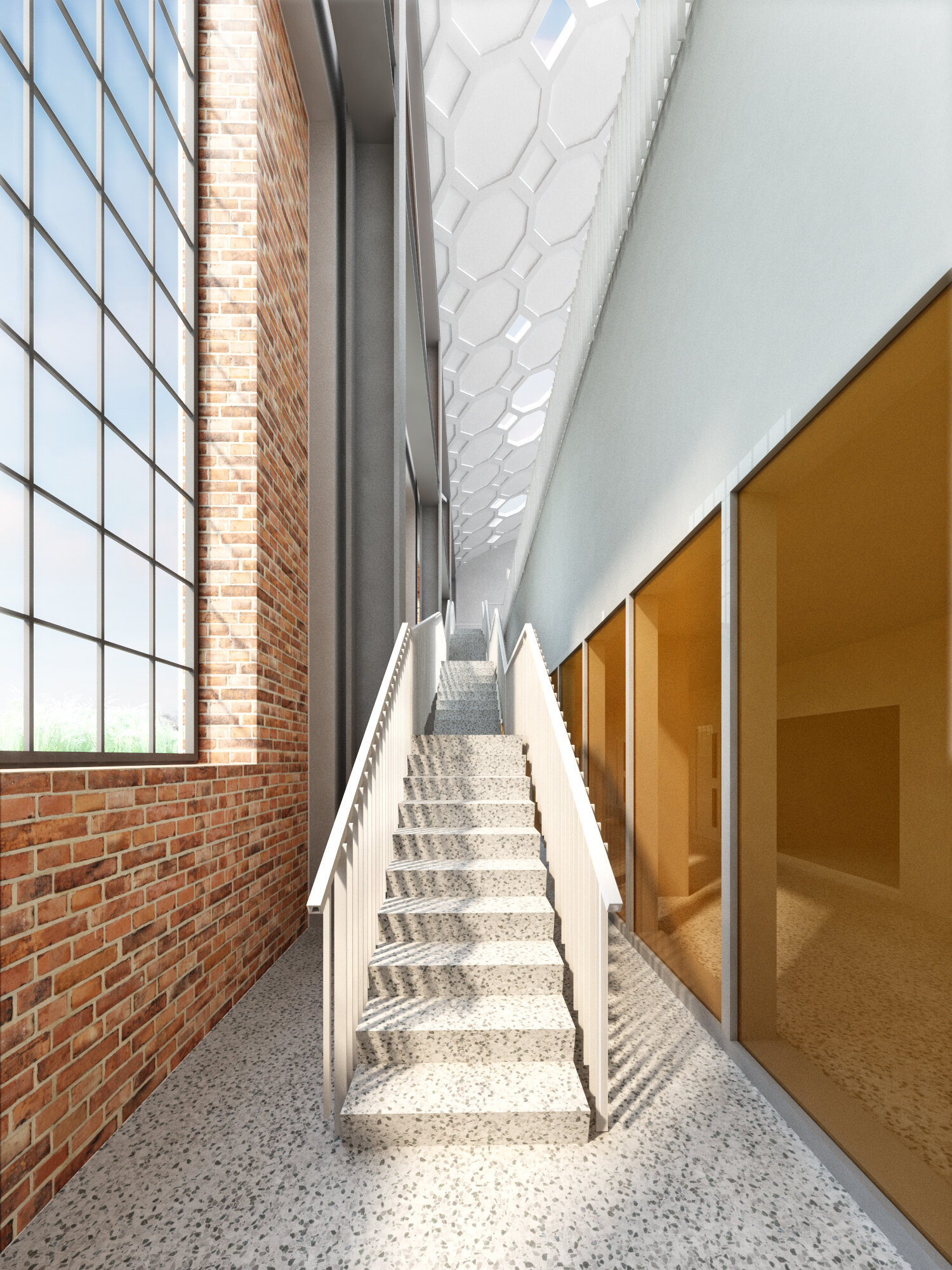 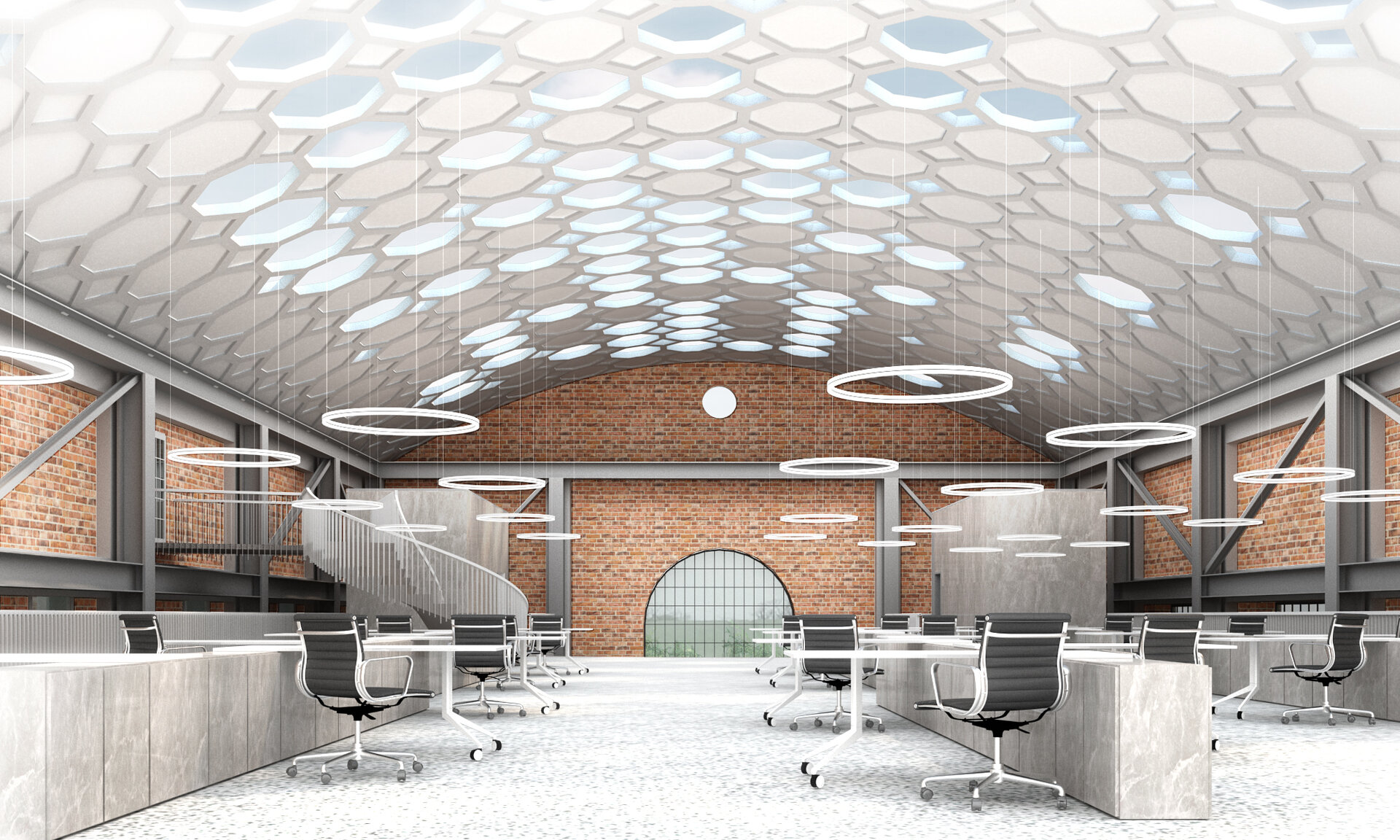 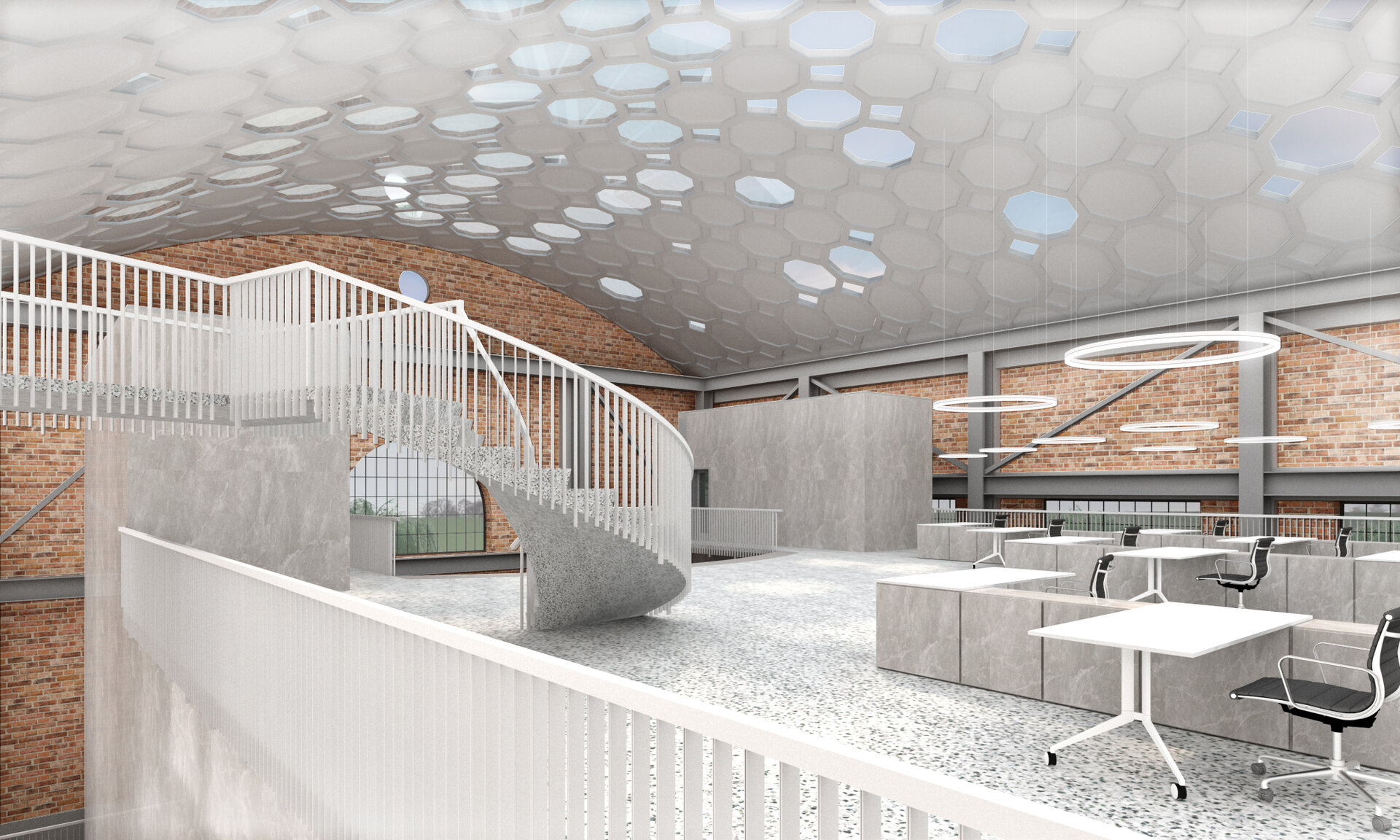 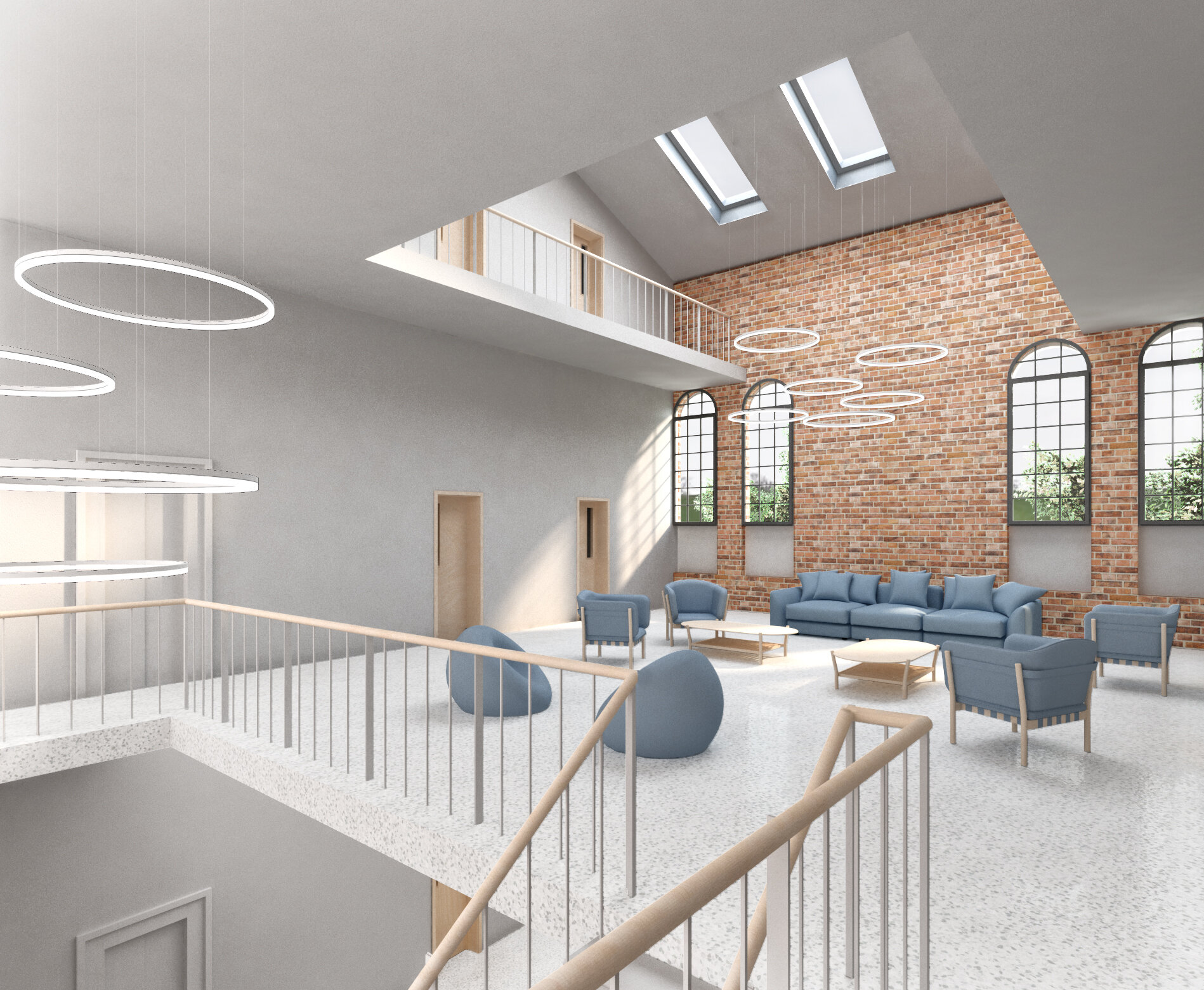 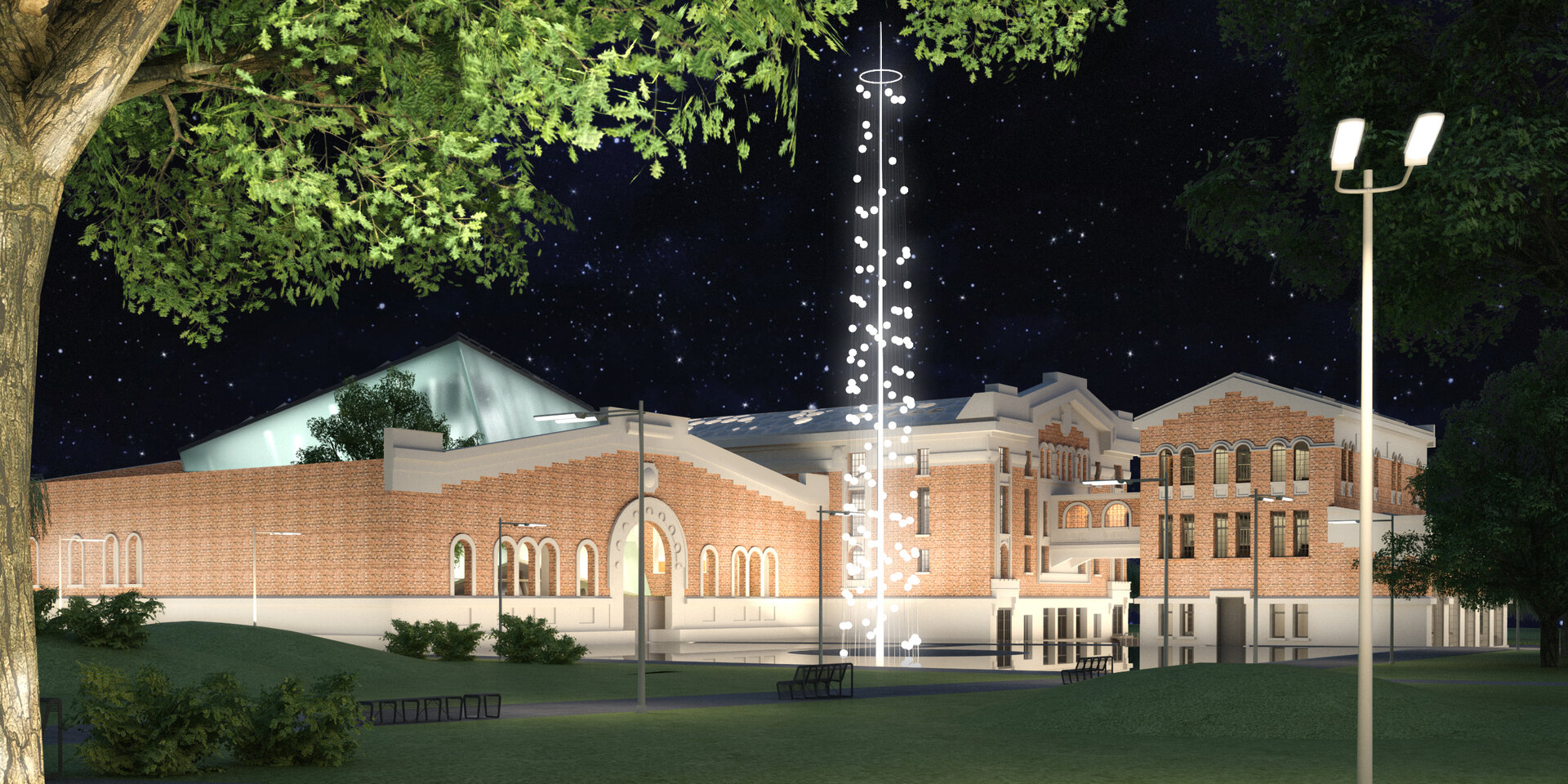