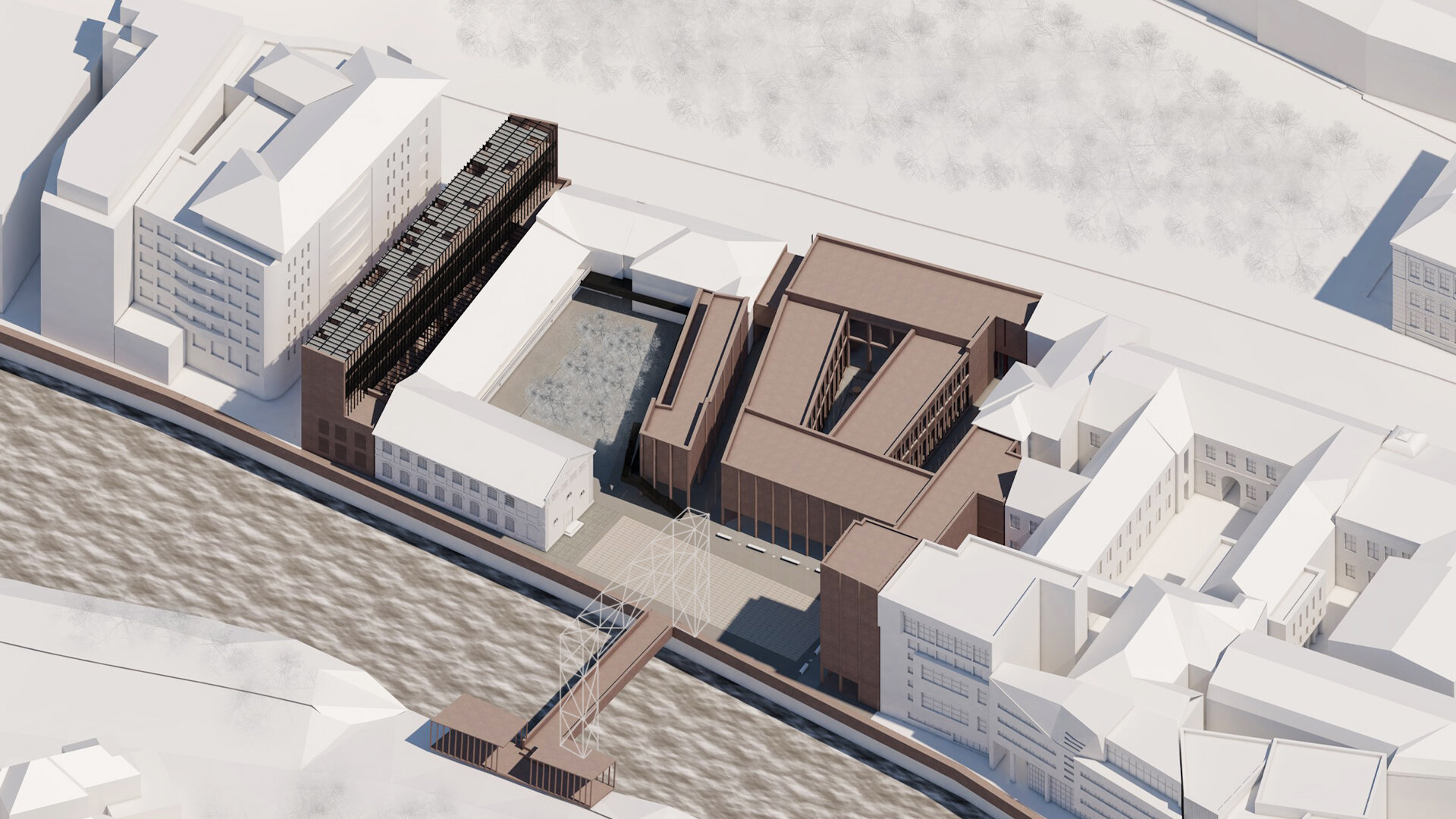 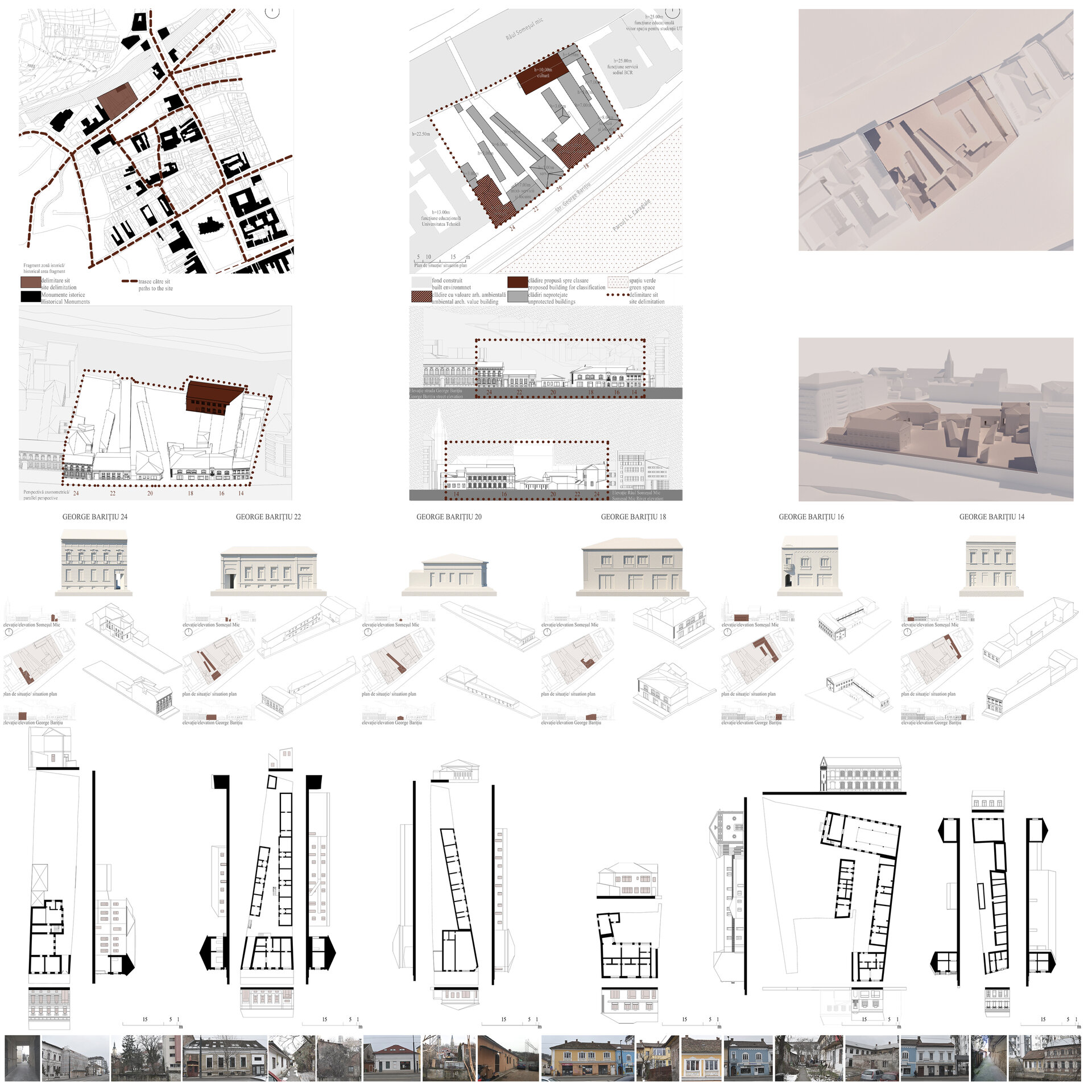 The site is located în the area of Tranzit House în the historical center of Cluj-Napoca, outside the medieval fortification. The site’s boundaries are defined by Someșul Mic river and George Barițiu street. The urban island follows the city’s development planning, where the center gets strong cultural and social values.“Simion Bărnuțiu” Central Park, the buildings of the Technical University, the Hungarian Opera, the Museum Square and “I. L. Caragiale” Park are a few points of interest in the immediate vicinity of the site.
Because it is located in the heart of the city, the site benefits of an increased urban accessibility, for example the bus lines that connect the surroundings to the center, the tram lines, but also the bike lanes recently added. The proposed site consists of six plots, with a typology characterized by the outskirts texture of the historical center, where the short side of the plot is directed to the street typical of wagon constructions.
The proposed architectural program is a center of contemporary art and thinking and it aims to continue and expand the architectural program of Tranzit House.
The project focuses on the fact that the site is a historical one and it has a symbolic value. Poale Țedek synagogue was built in this place at the beginning of the 20th century, on the shore of the river by the Society of Little Jewish Craftsmen. It went through several events over time that have remained in the collective memory of the community. The most tragic event took part in World War II, after the Holocaust when most of the community left. In 1997 it took another turn, when a group of artists decided to found in its space an independent center of contemporary art and thinking, thus being called Tranzit House. Currently, through the Tranzit Foundation, events and cultural activities are being held to preserve the cultural pole, such as exhibitions, concerts, plays, film evenings and much more.
The proposal is a place where the community of the city can regain its cultural-historical identity, but also to embrace a new one.
The building has a strong relationship with the city by using elements that connect the site to its main landmarks. For example, the reinterpretation of the historical bridge over the Someșul Mic rive (the German Bridge) that connected the Fortification Hill with the important landmarks from the historical center, such as Museum Square, which leads to Union Square, where St. Michael's Cathedral is located, being the most important religious edifice in the city. At the same time, the presence of the "street" that cuts the urban island (in connection with the previous German Bridge), this can become another point of interest on the route Fortification Hill to the historical center. The opening of the “Alley of the theater and the university”, an initiative taken by Someș Delivery in 2015, in order to have another connection on the right shore of the river, it also connects with the Central Park.
The project promotes local, independent artists, offering them a place to manifest their art, through workshops, commercial spaces, common or private exhibition spaces. An inclusive approach is pursued, which addresses all social groups and promotes interaction between them. The spatial solution of the architectural ensemble responds to the needs of the site and the community, leading to a unitary and cursive conformation. 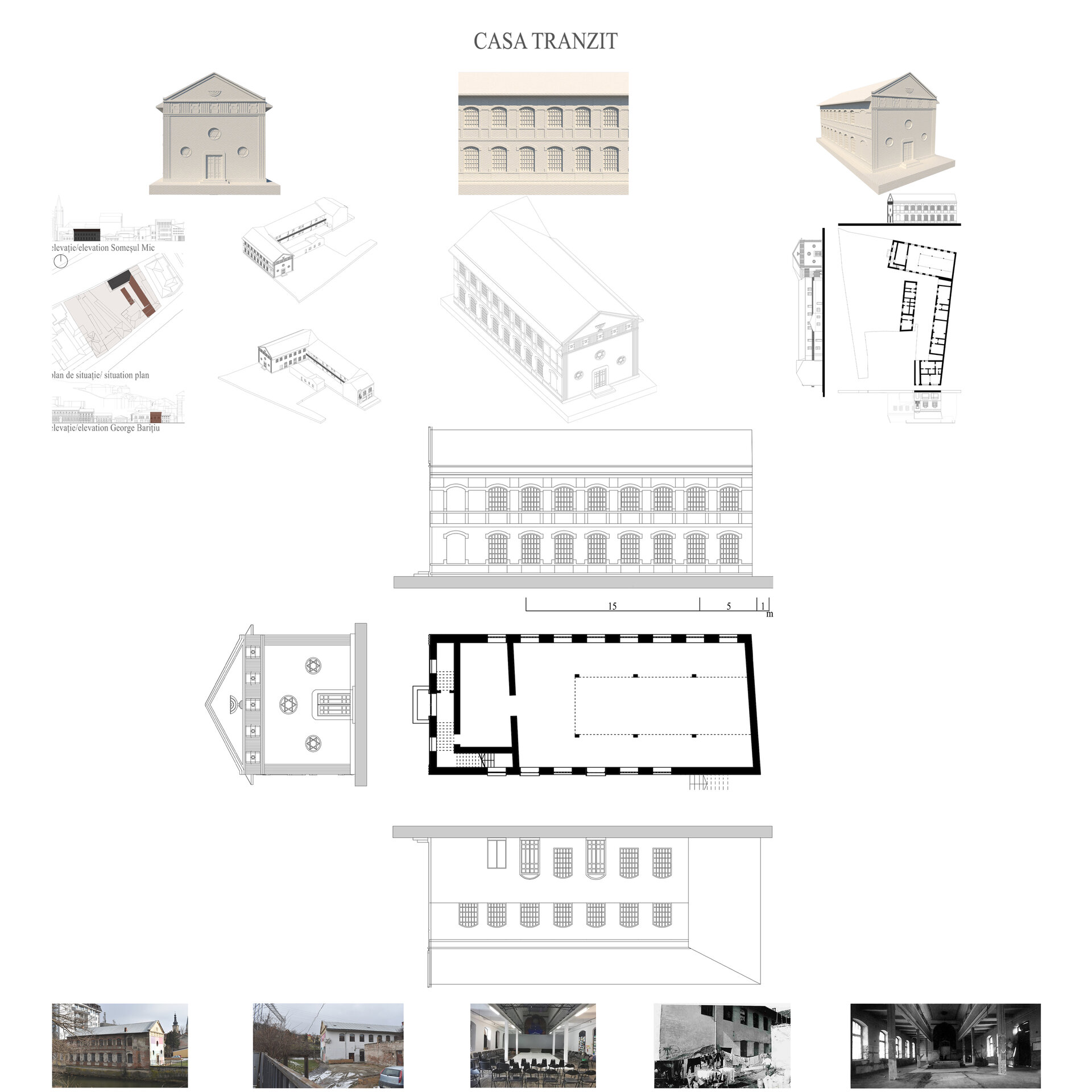 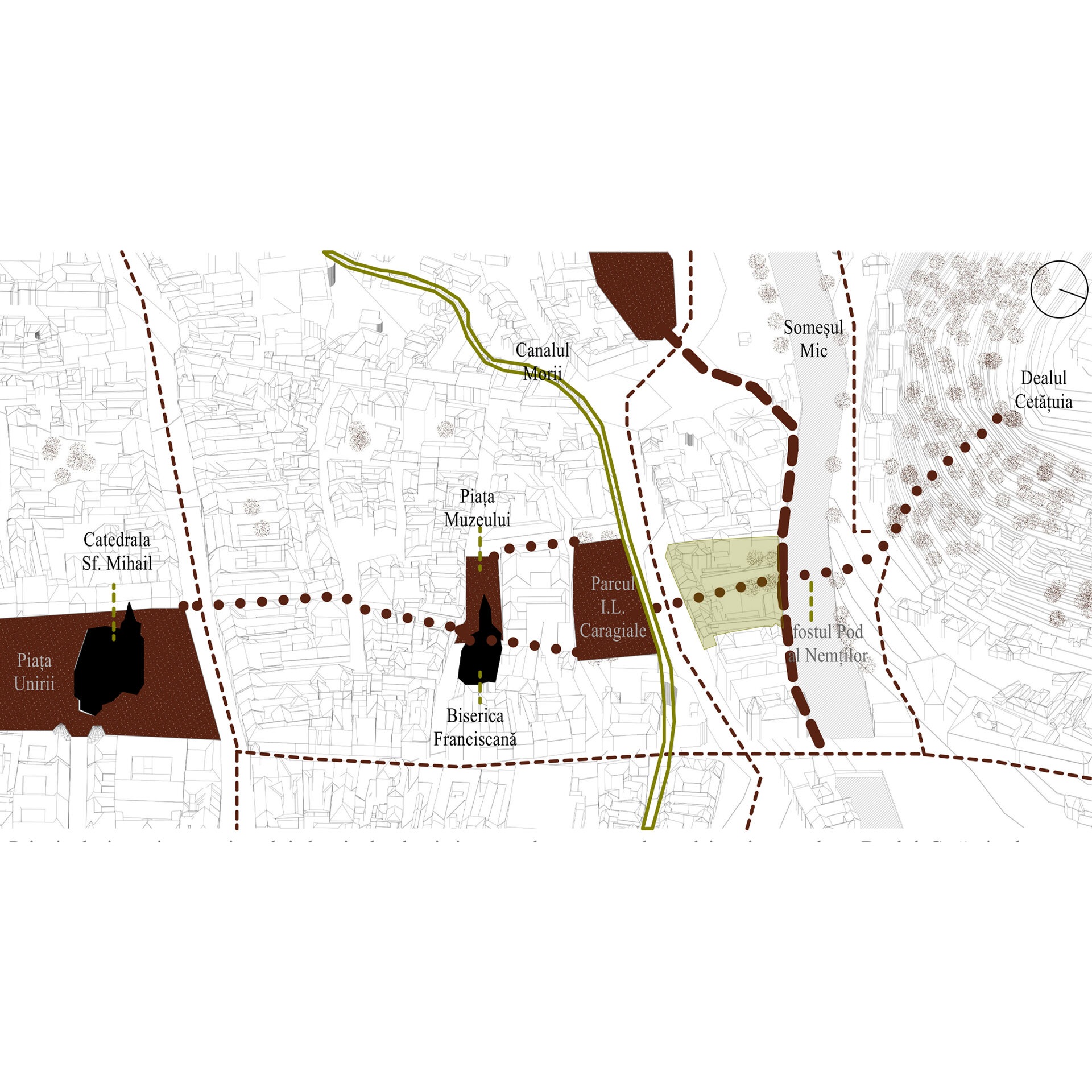 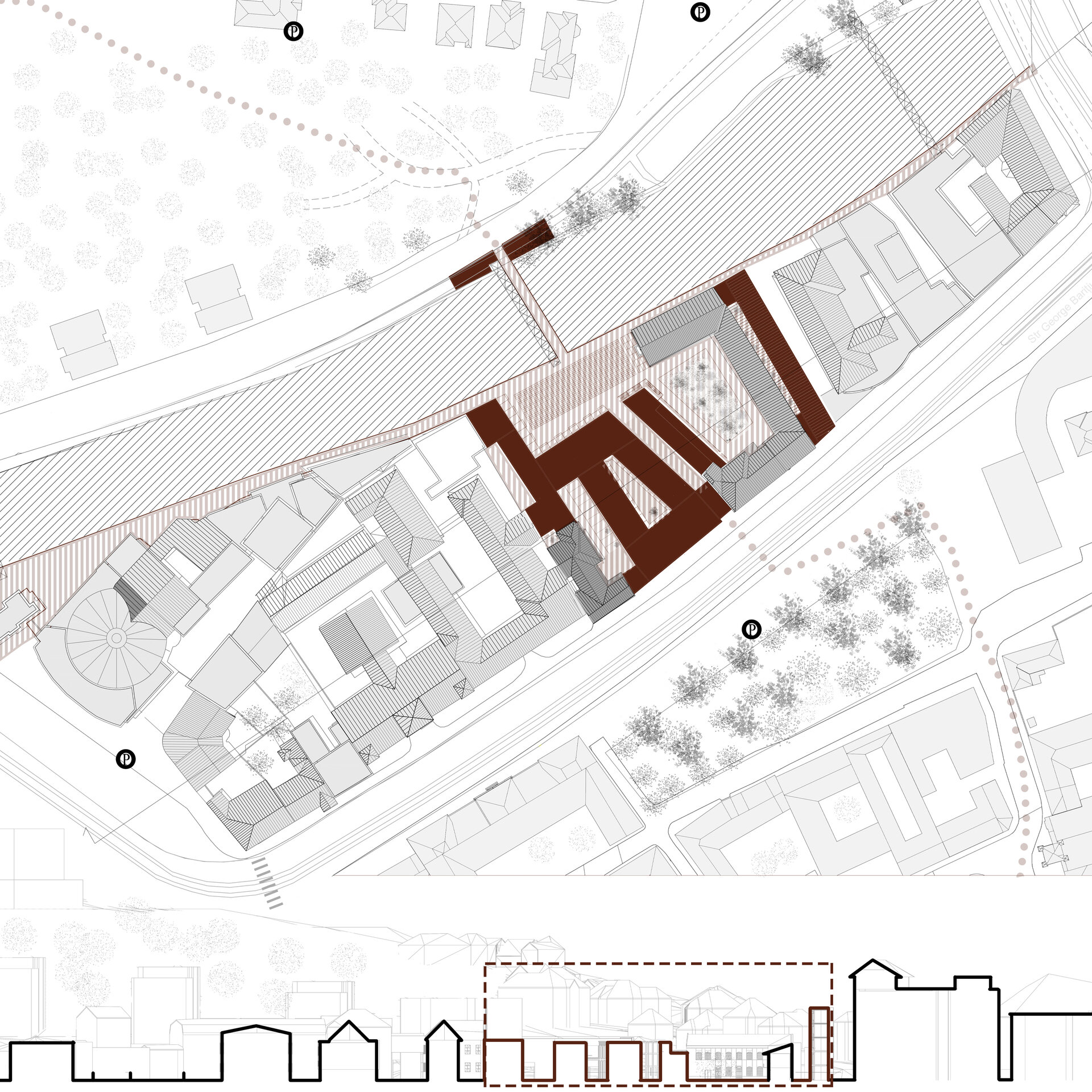 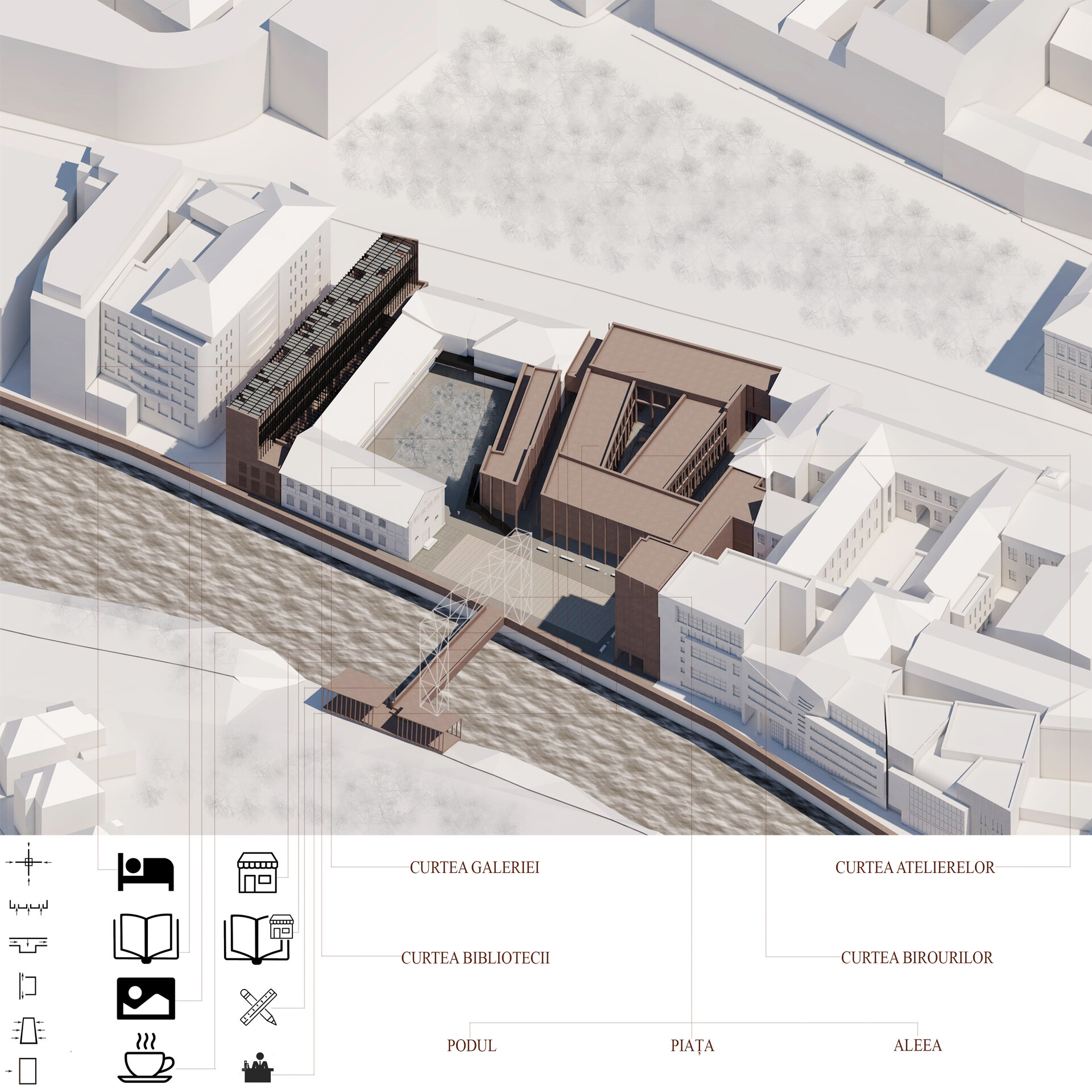 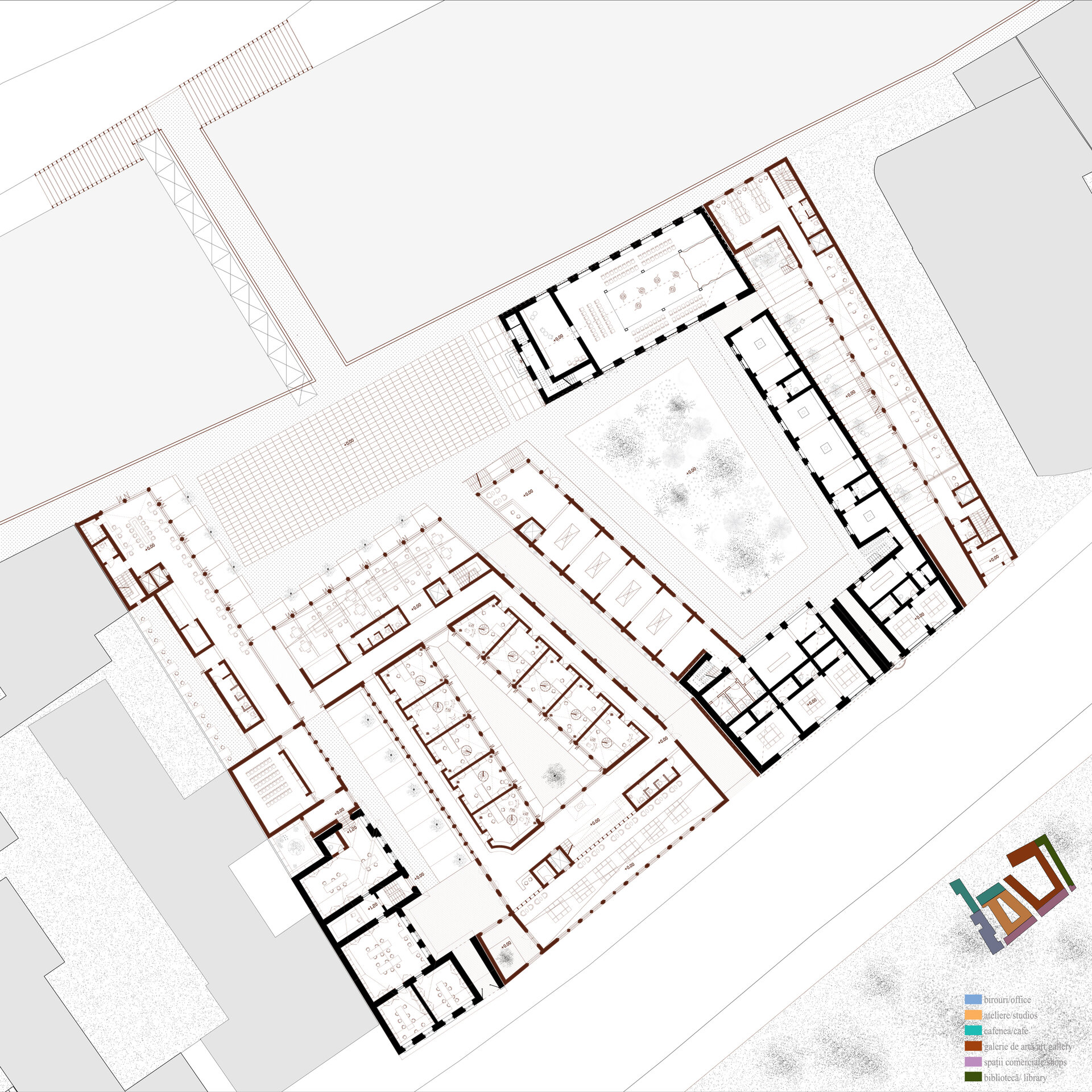 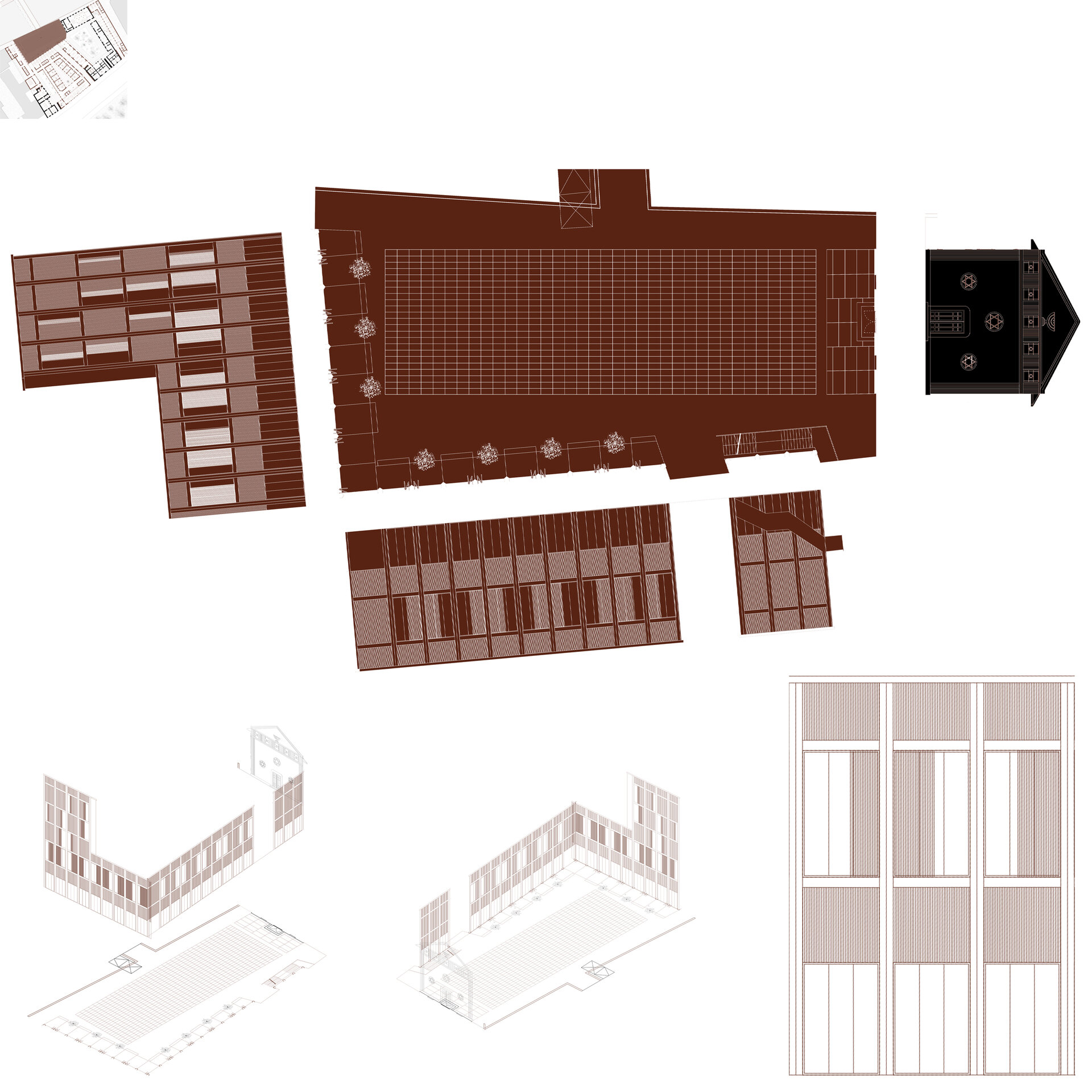 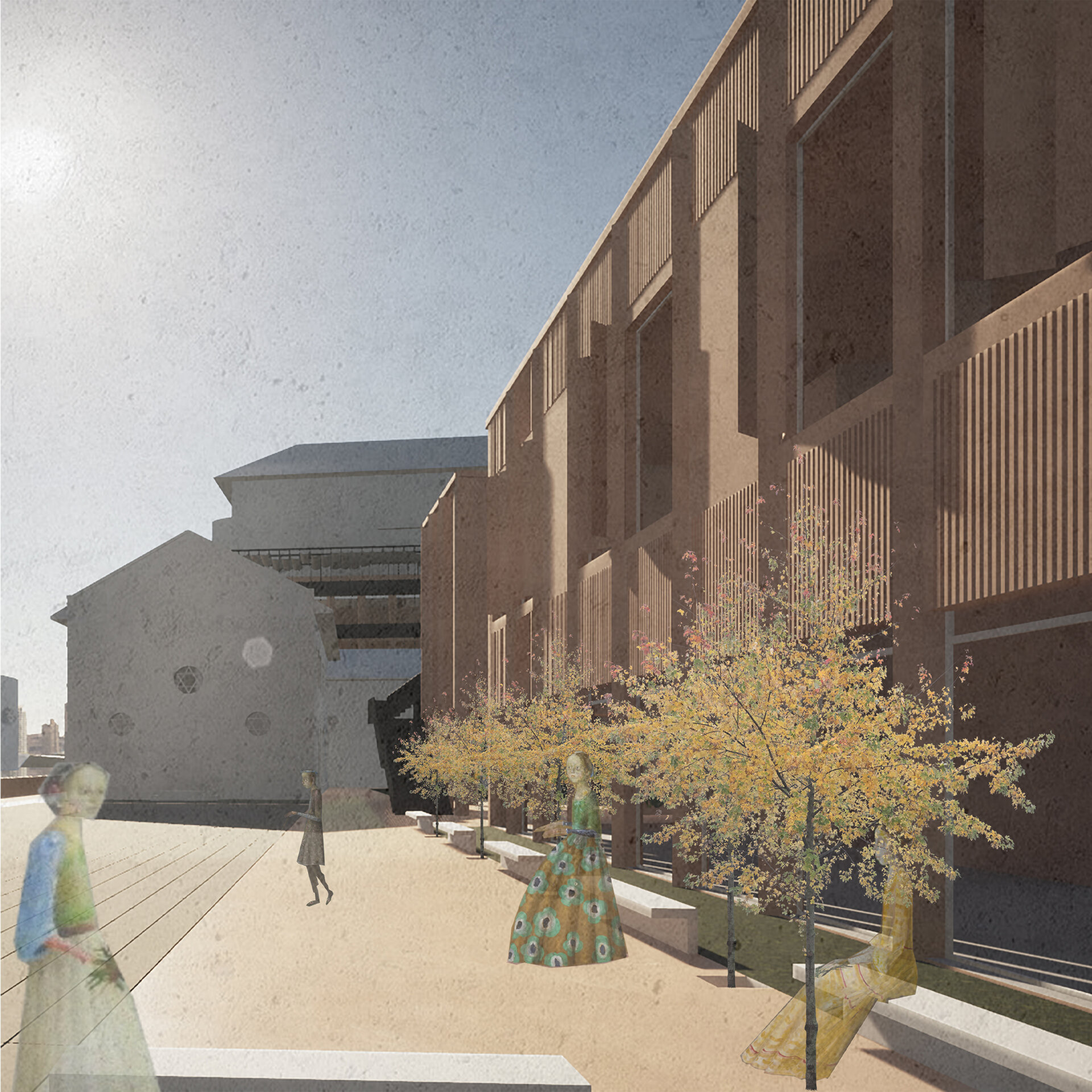 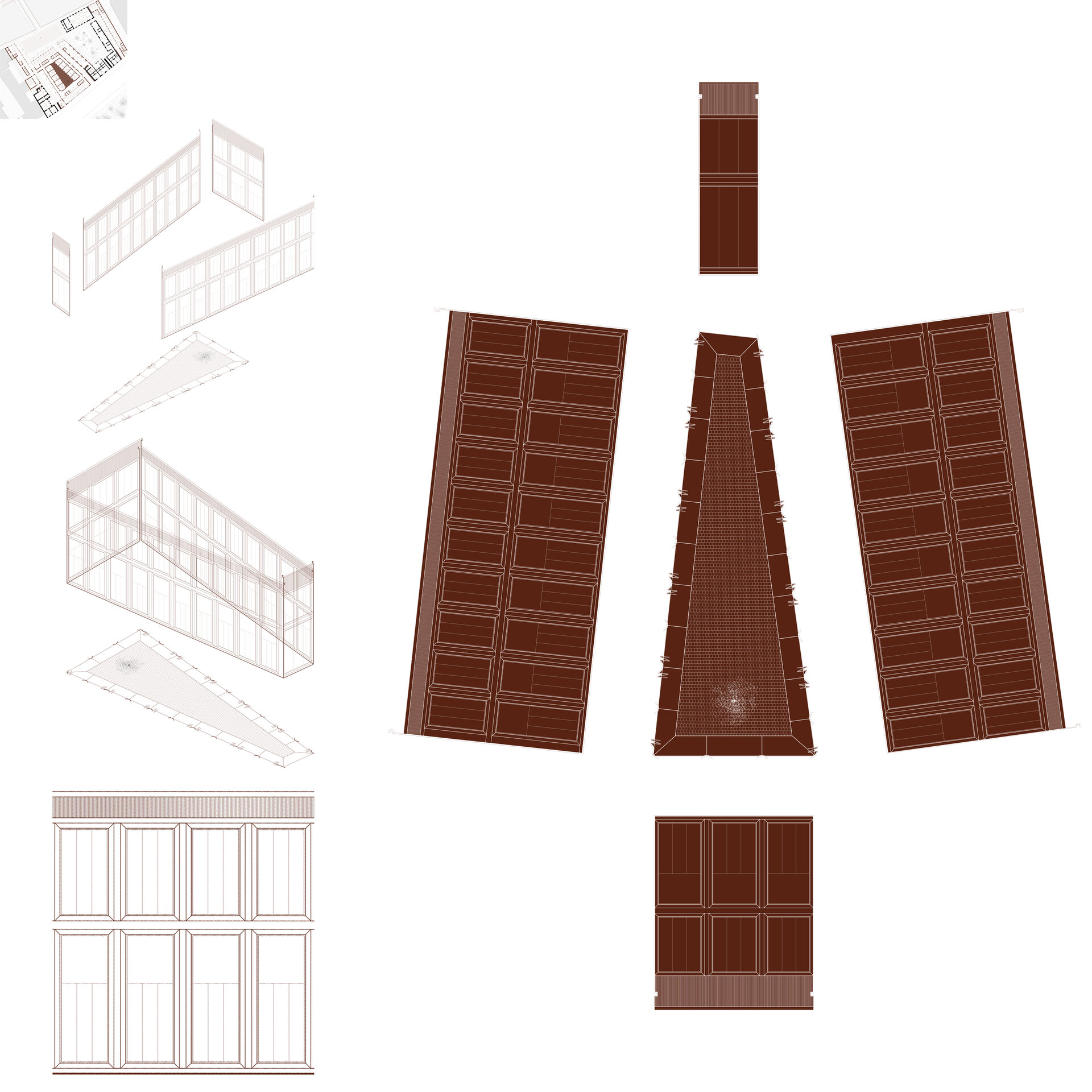 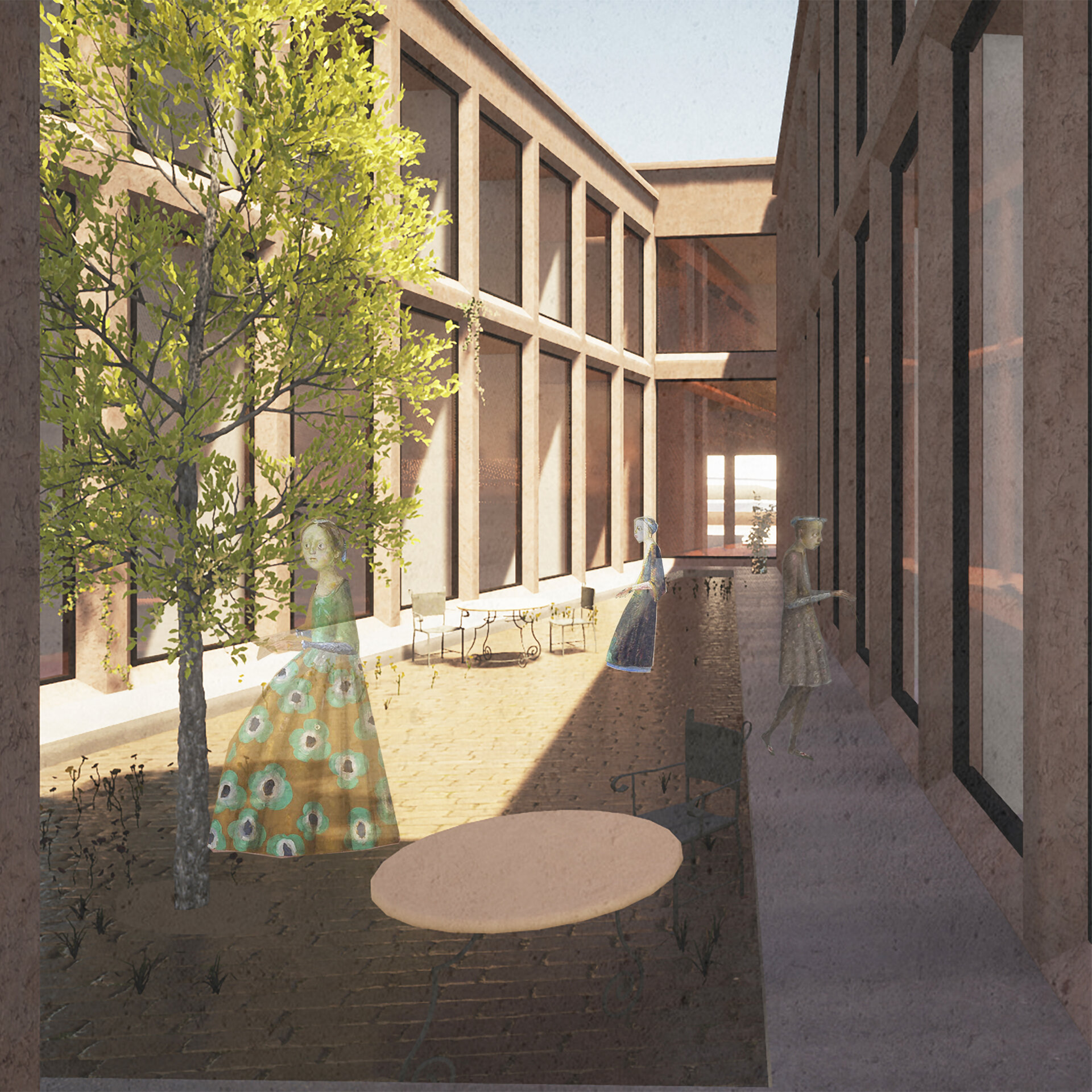 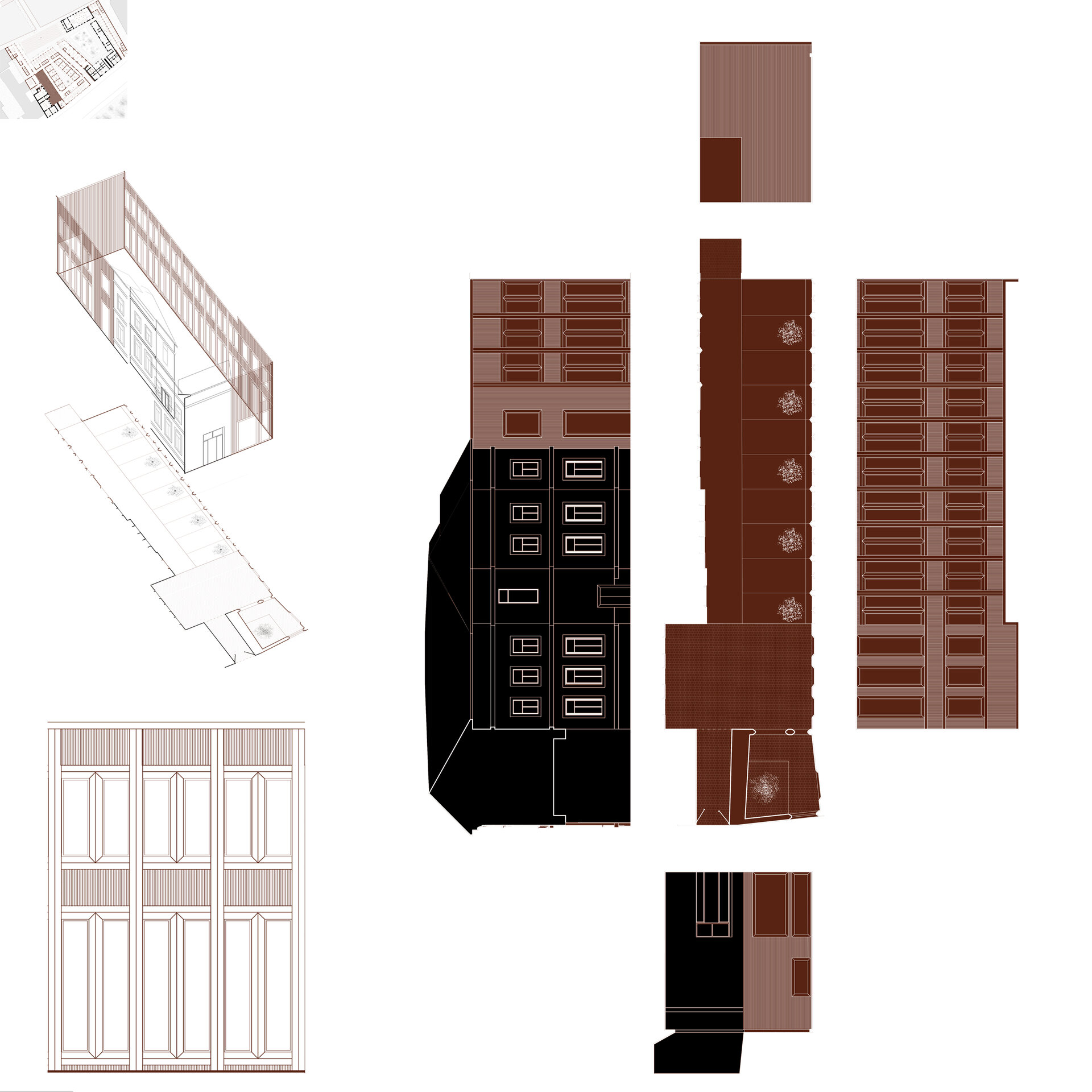 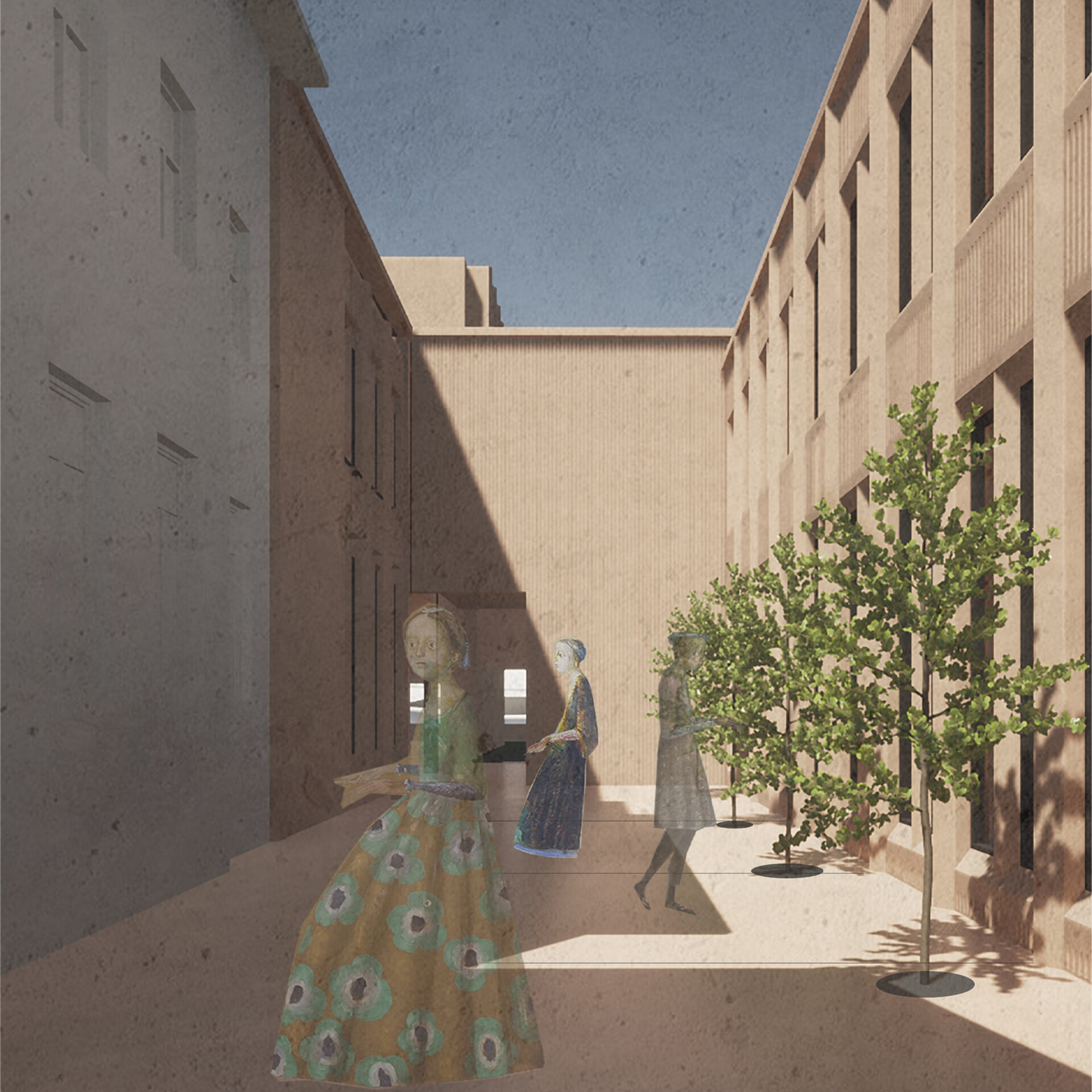 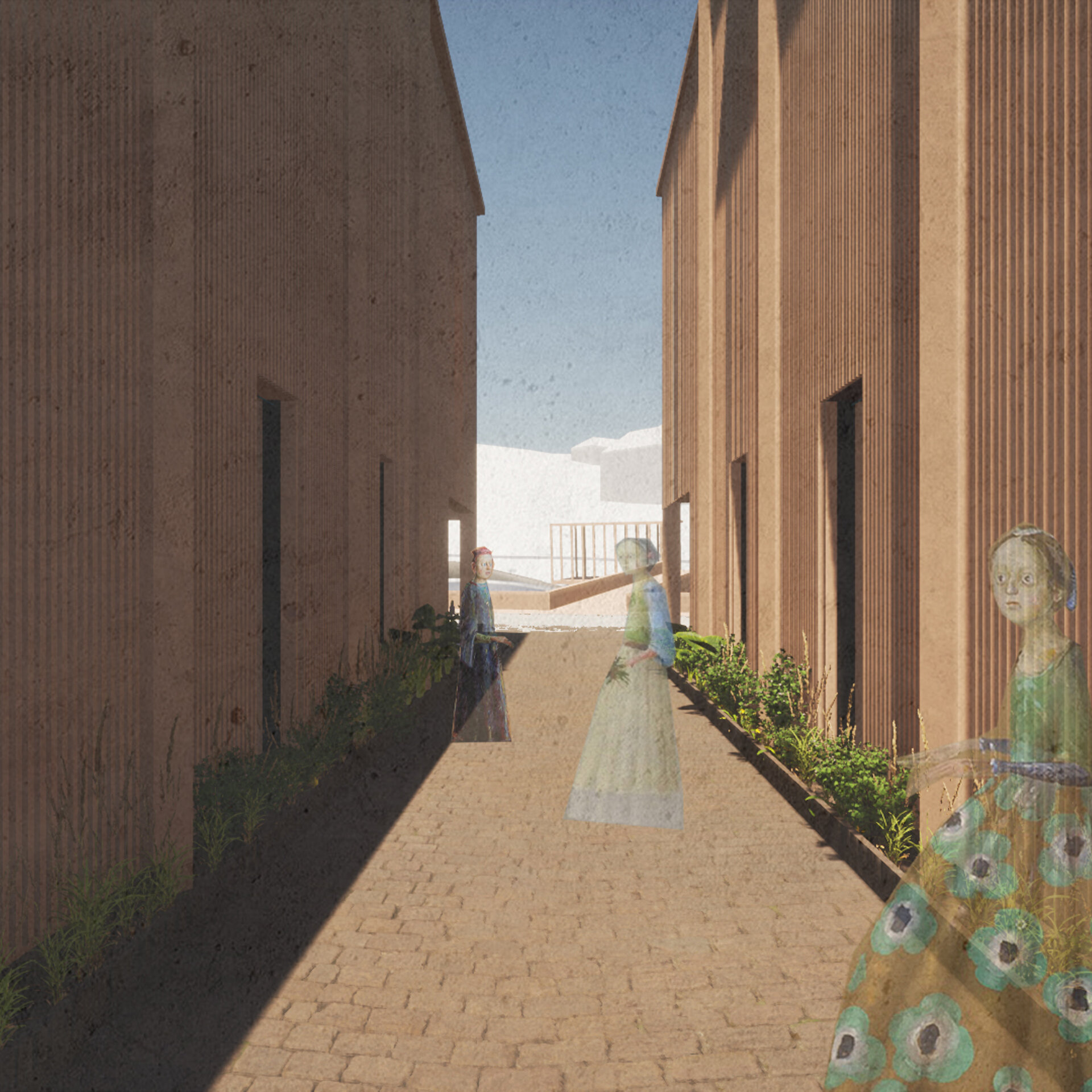 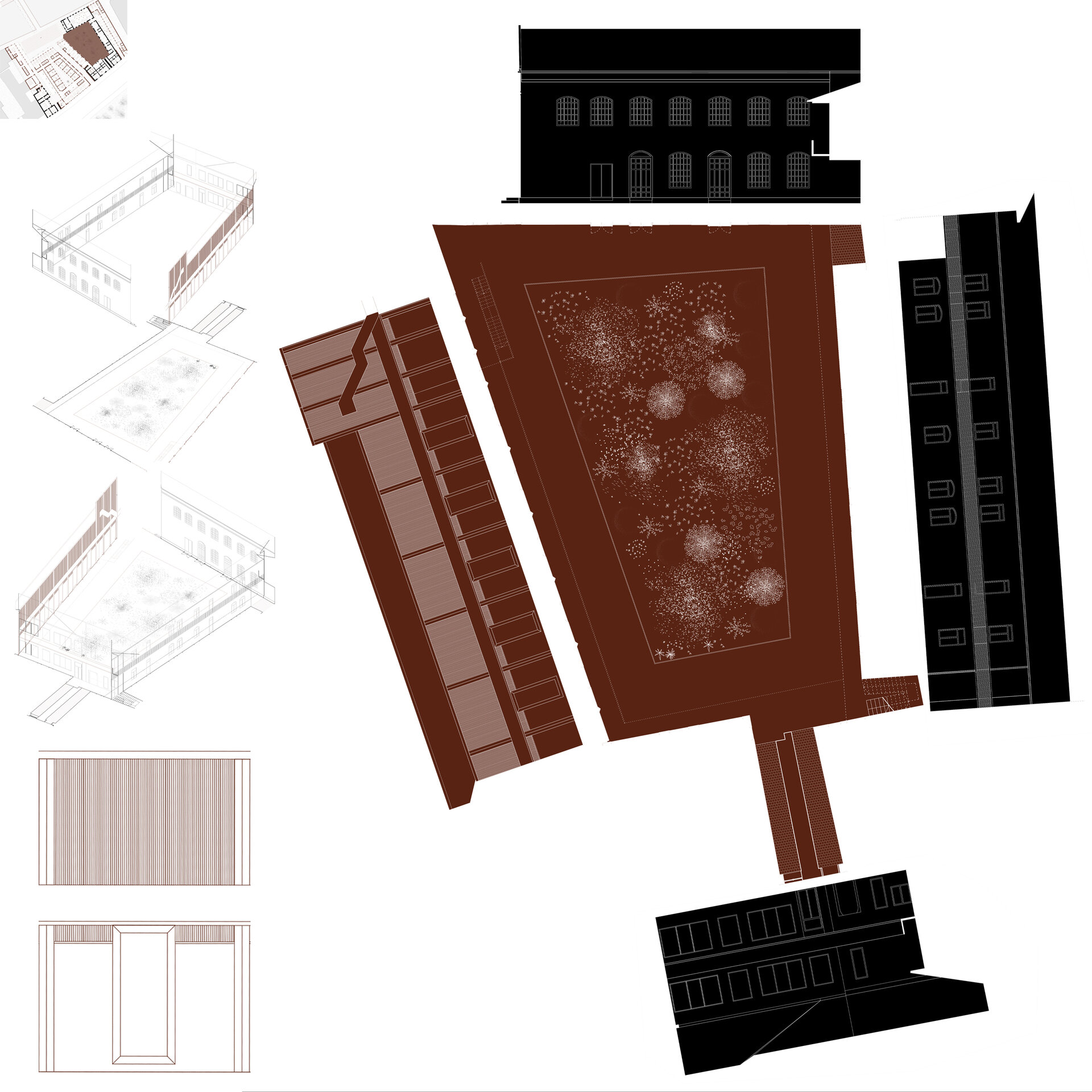 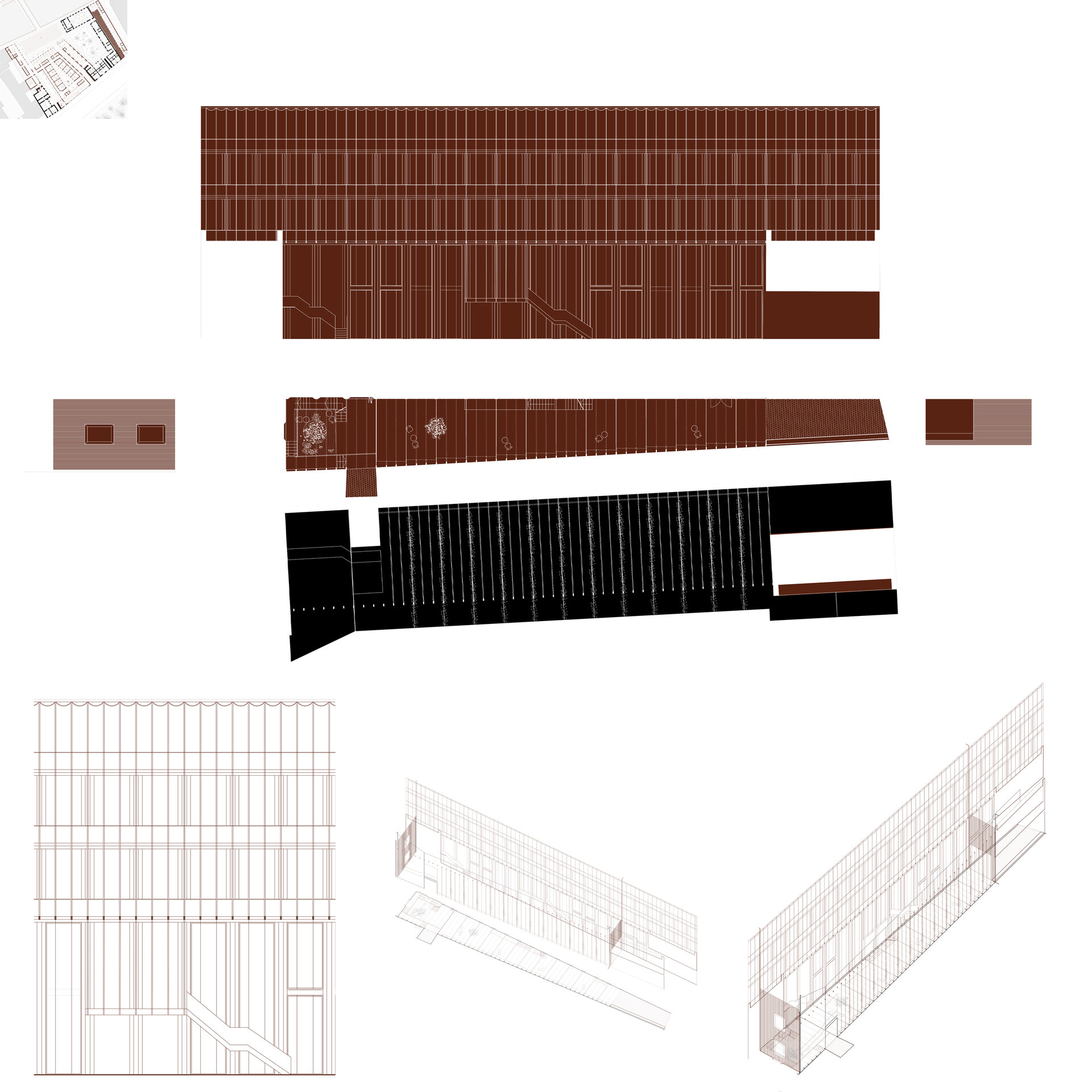 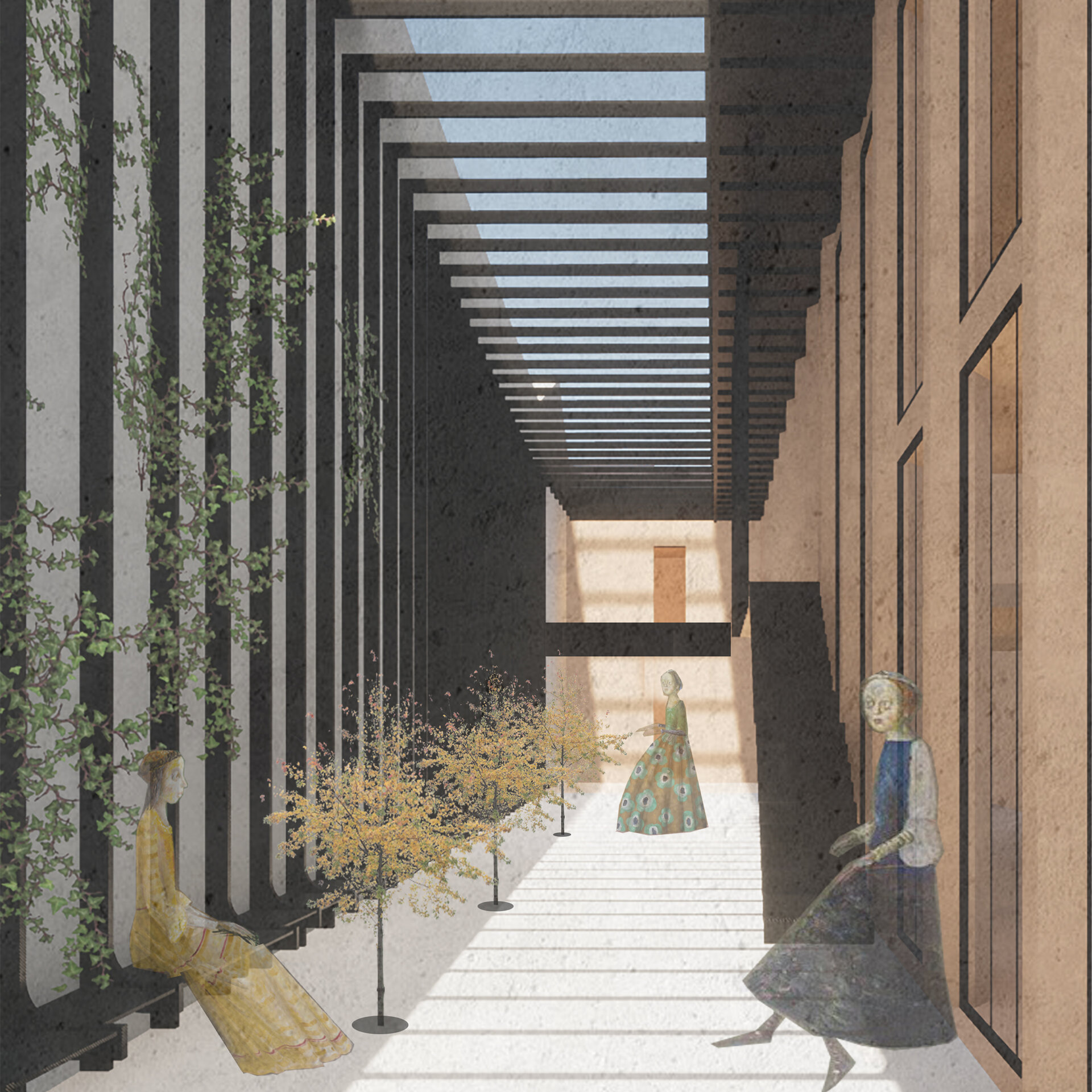 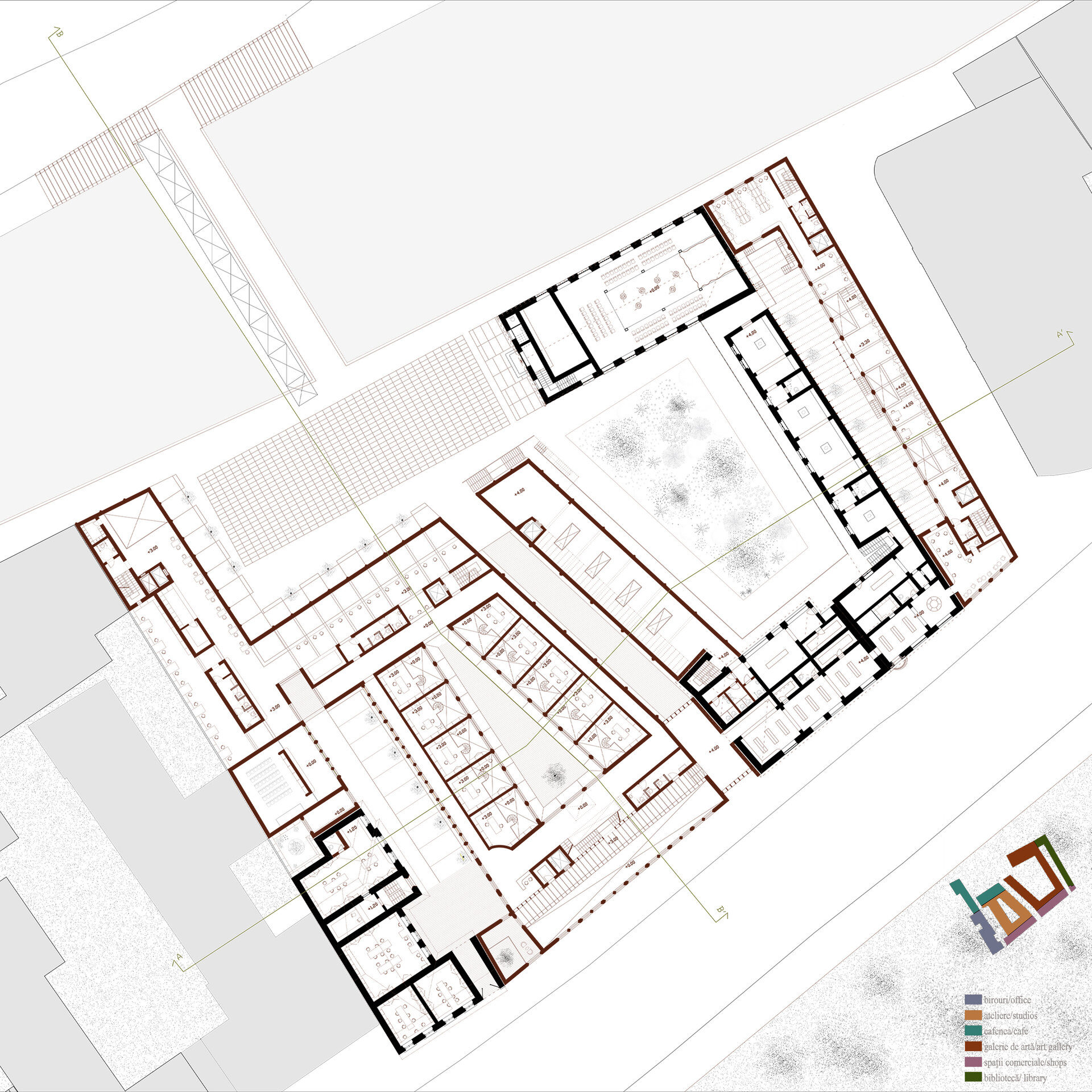 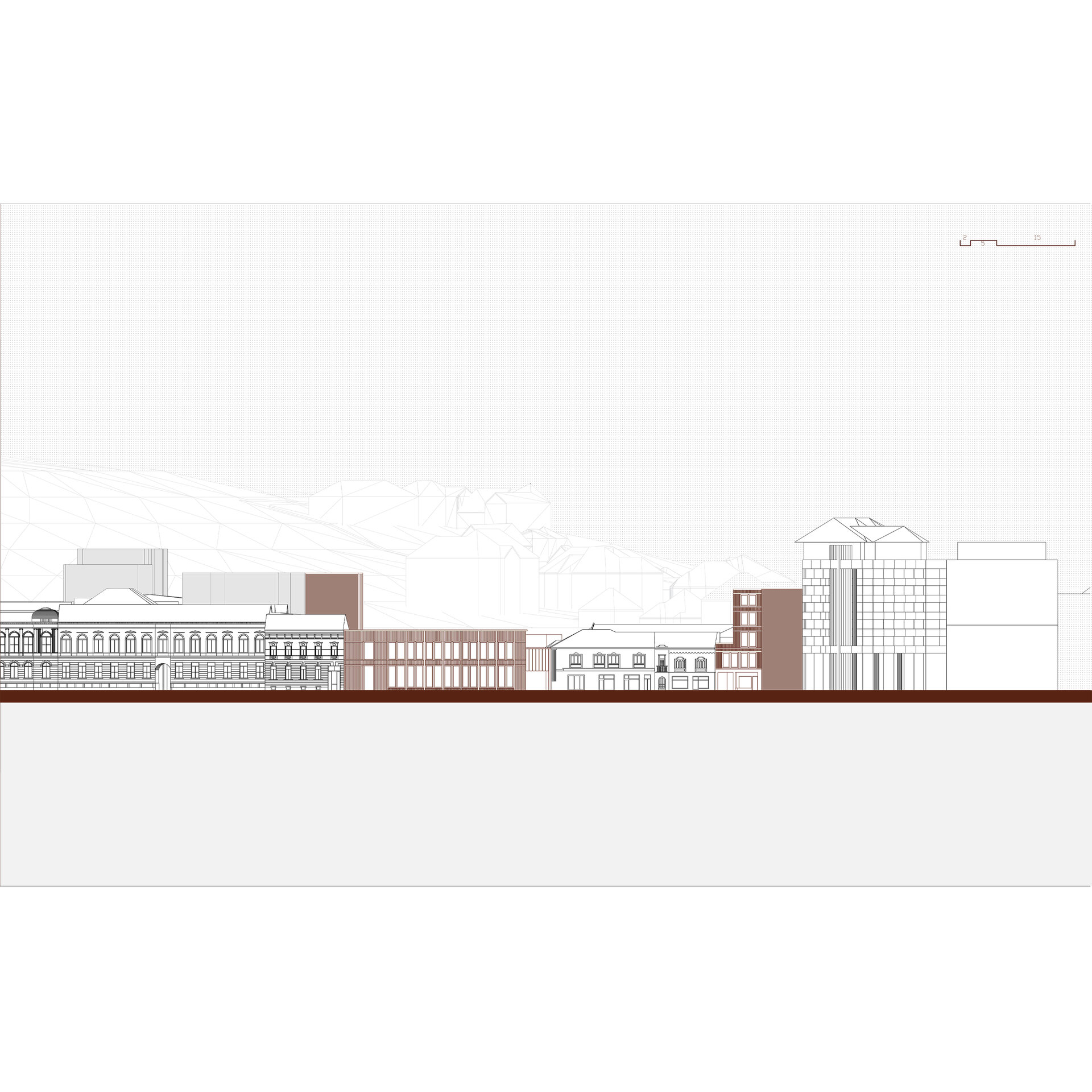 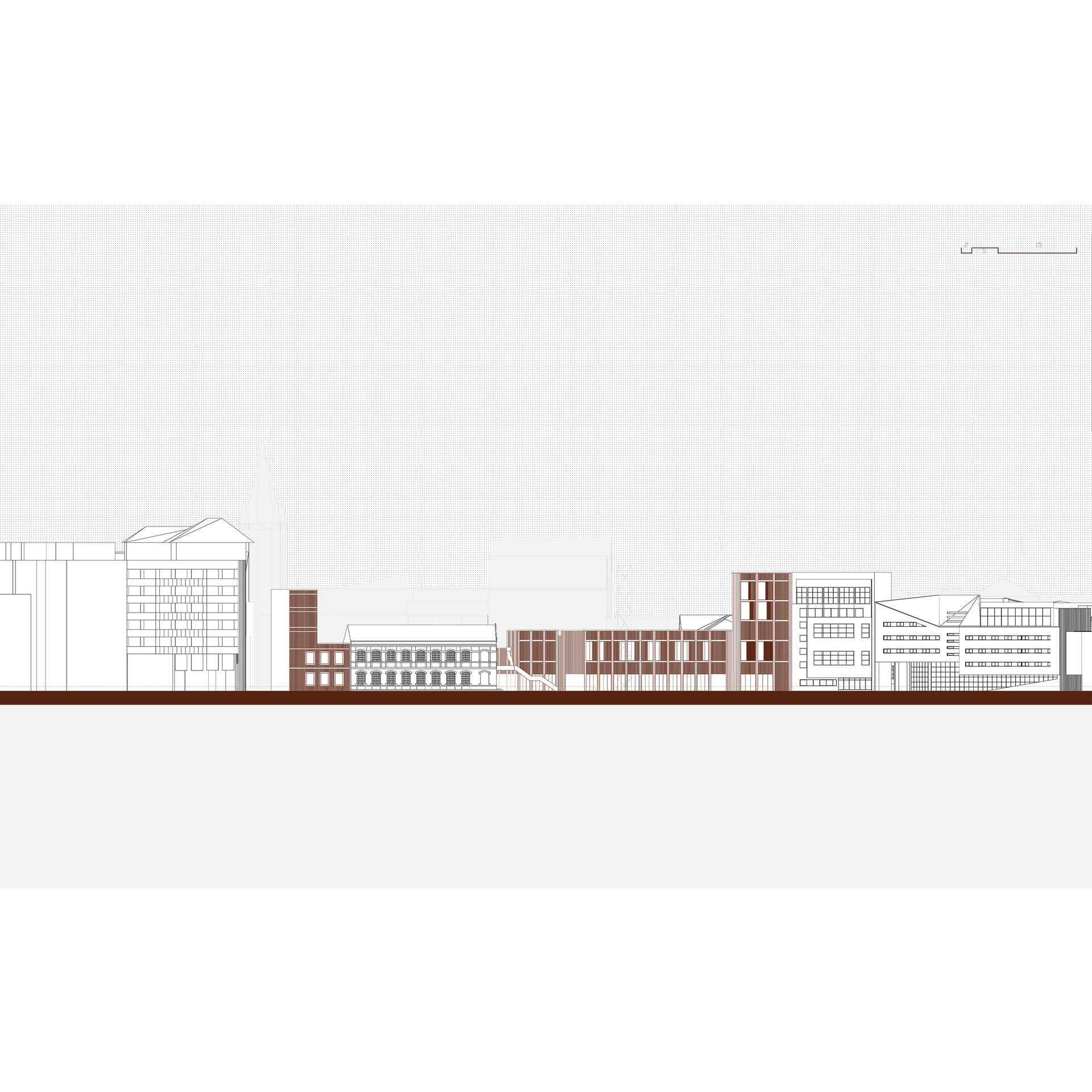 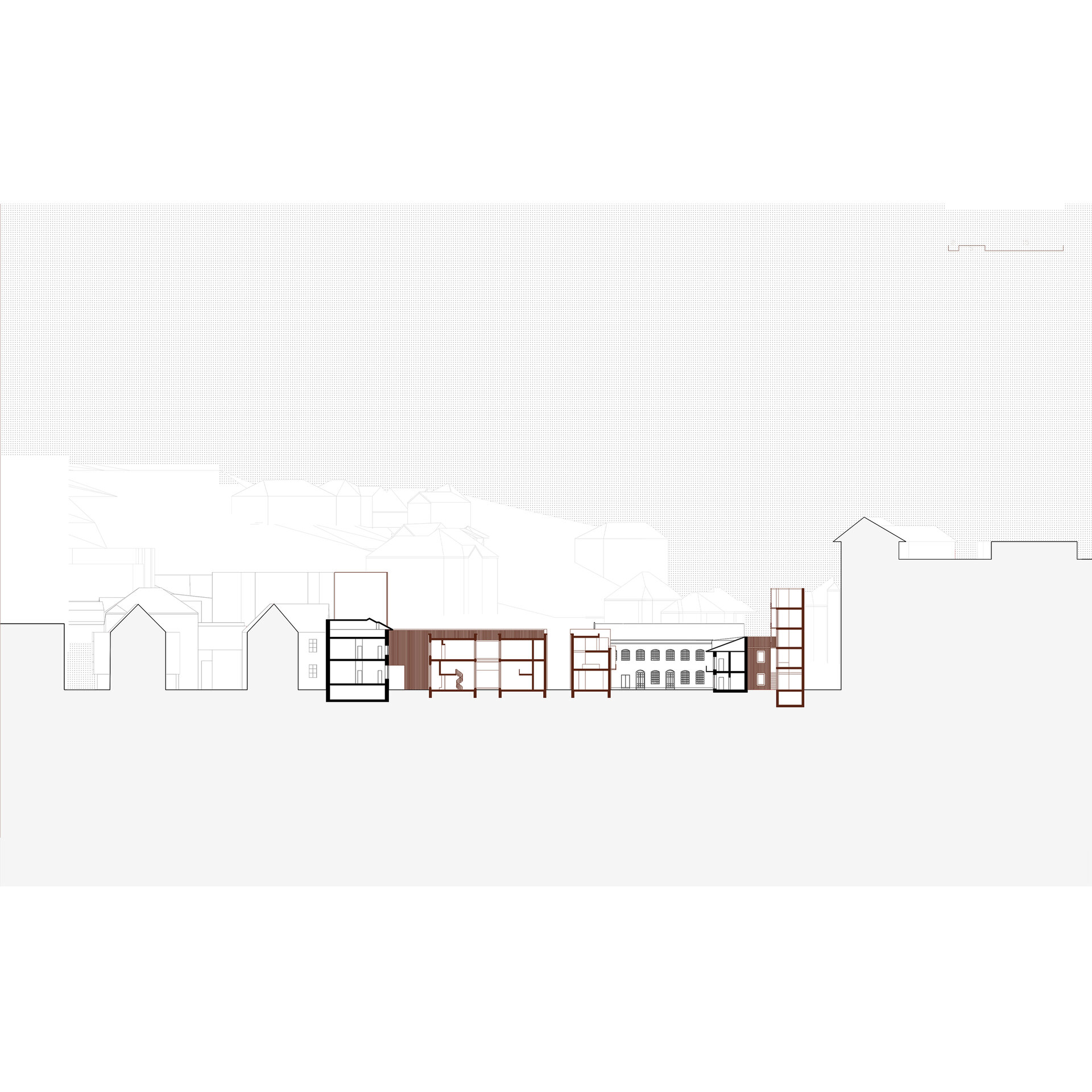