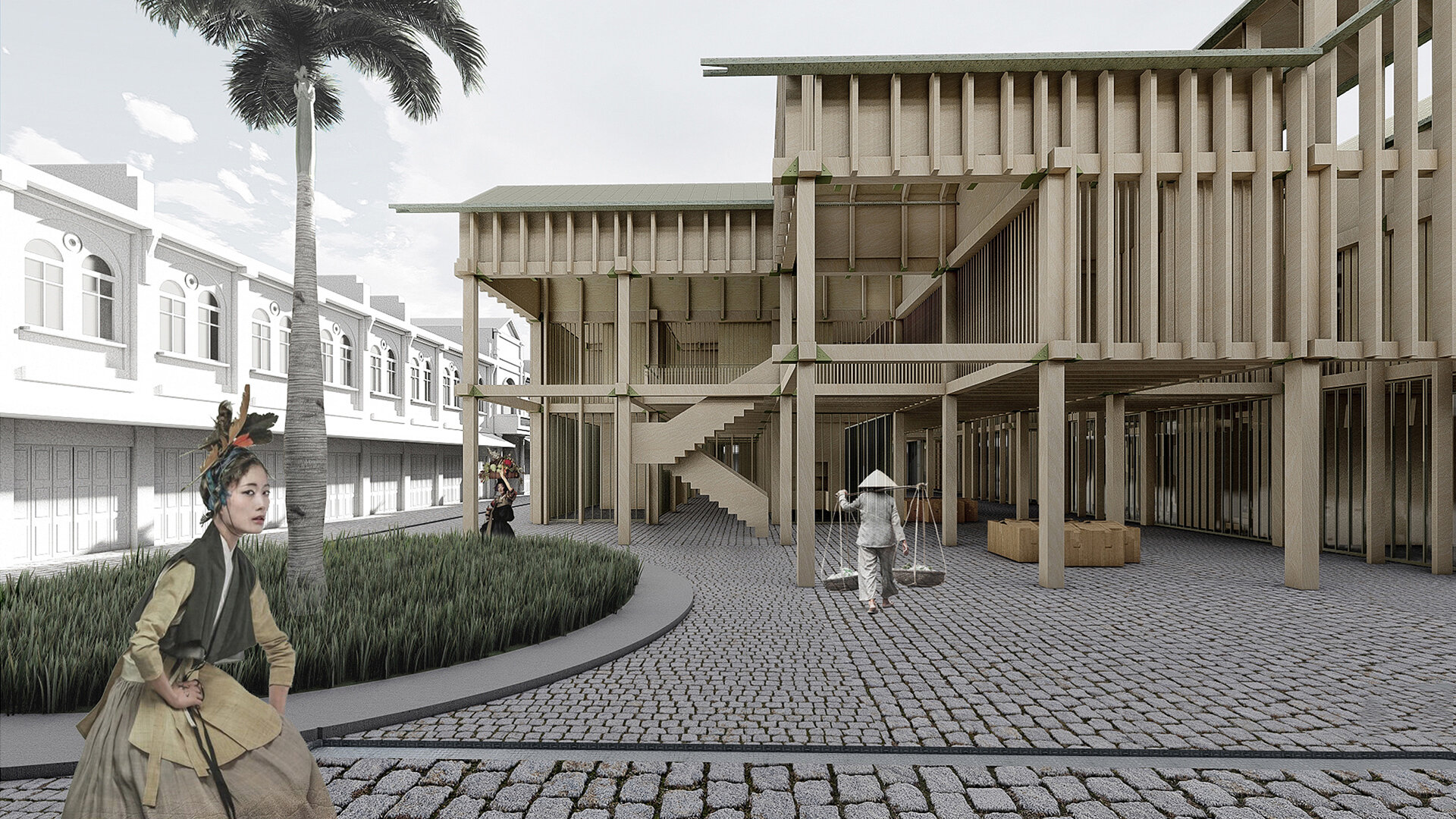 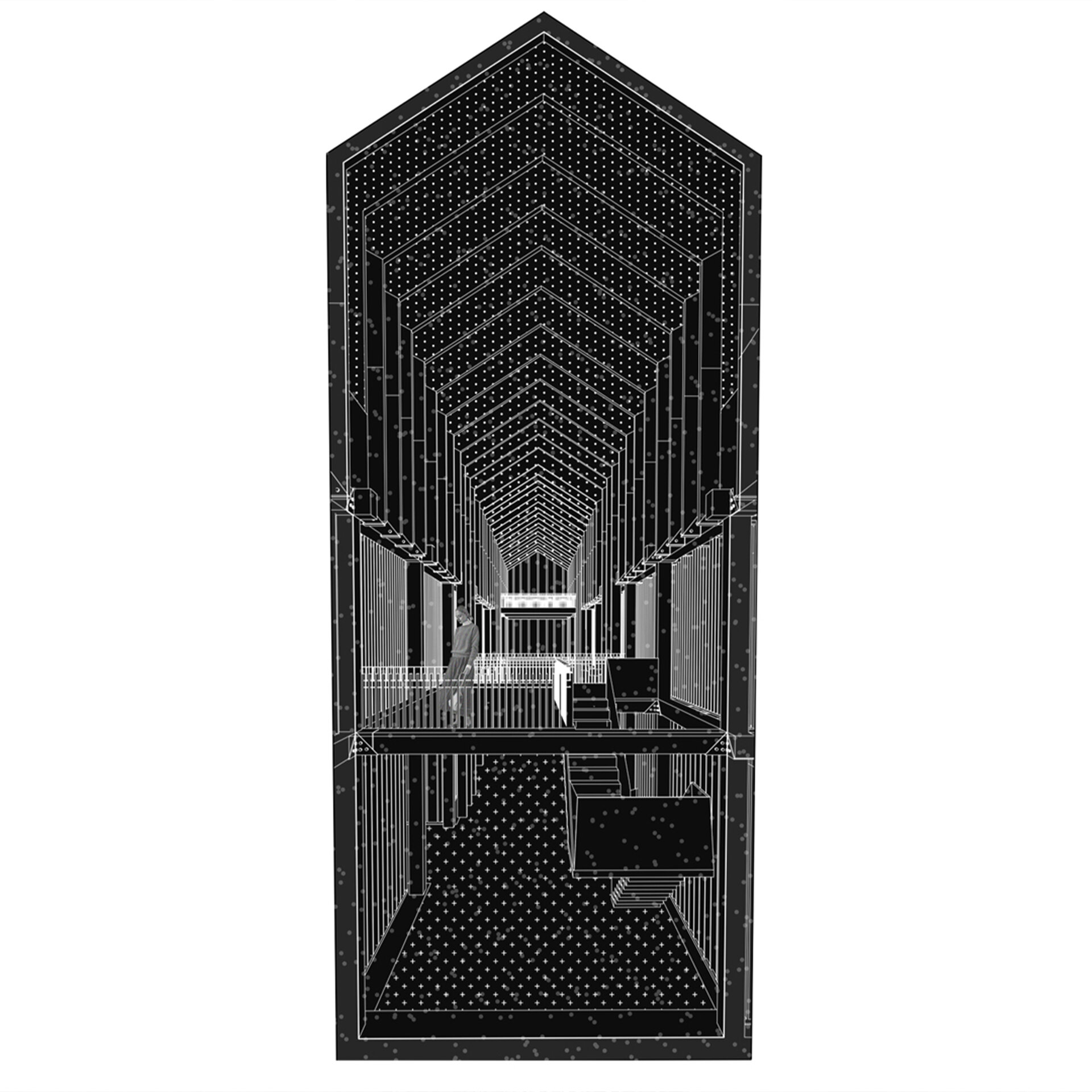 A historic place in Bangkok. A community that lives from trade in the vicinity of the river. A way of life and an attraction for every foreign visitor. And a project that aims to put all these pieces together: The Market in Tha Tien.
It is a place with a rich history, located in the most touristic point on earth, at the confluence of locals tourists and an undeveloped area, although heavily trafficked.
The position of the project is to look for what is authentic and characteristic of the place and to capitalize on this potential. The project proposes a series of public components: a market, a port and a park and is addressed to the local community, tourists and traders.
The main object, the market, uses an existing shophouse building. The proposal starts from a grid drawn inside the space, an ordering grid and also from an existing model present in the old building, the row of shophouses. These are a form of housing and trade, extremely characteristic in the central area of the city and all over Thailand. The new project works with this organizational scheme by creating a new set of rules. Thus, modules are creating either houses either commercial spaces or restaurants with specific, but also a series of free spaces and galleries that are not only circulations but became part of the market and adresses to the type of dense space, a crowded street, typical for the central area of the city. A kind of city inside the city, a reduction of the spatial essence of old Bangkok inside a new construction.
The proposal is completed with a public space, a new terminal for crossing the river, located on the site of the former royal port, as a reminder of the memory of the place, still present in the locals minds and with a broader vision of an entire promenade route with green spaces and parks that redraw the image of the water front in front of the Royal Palace. 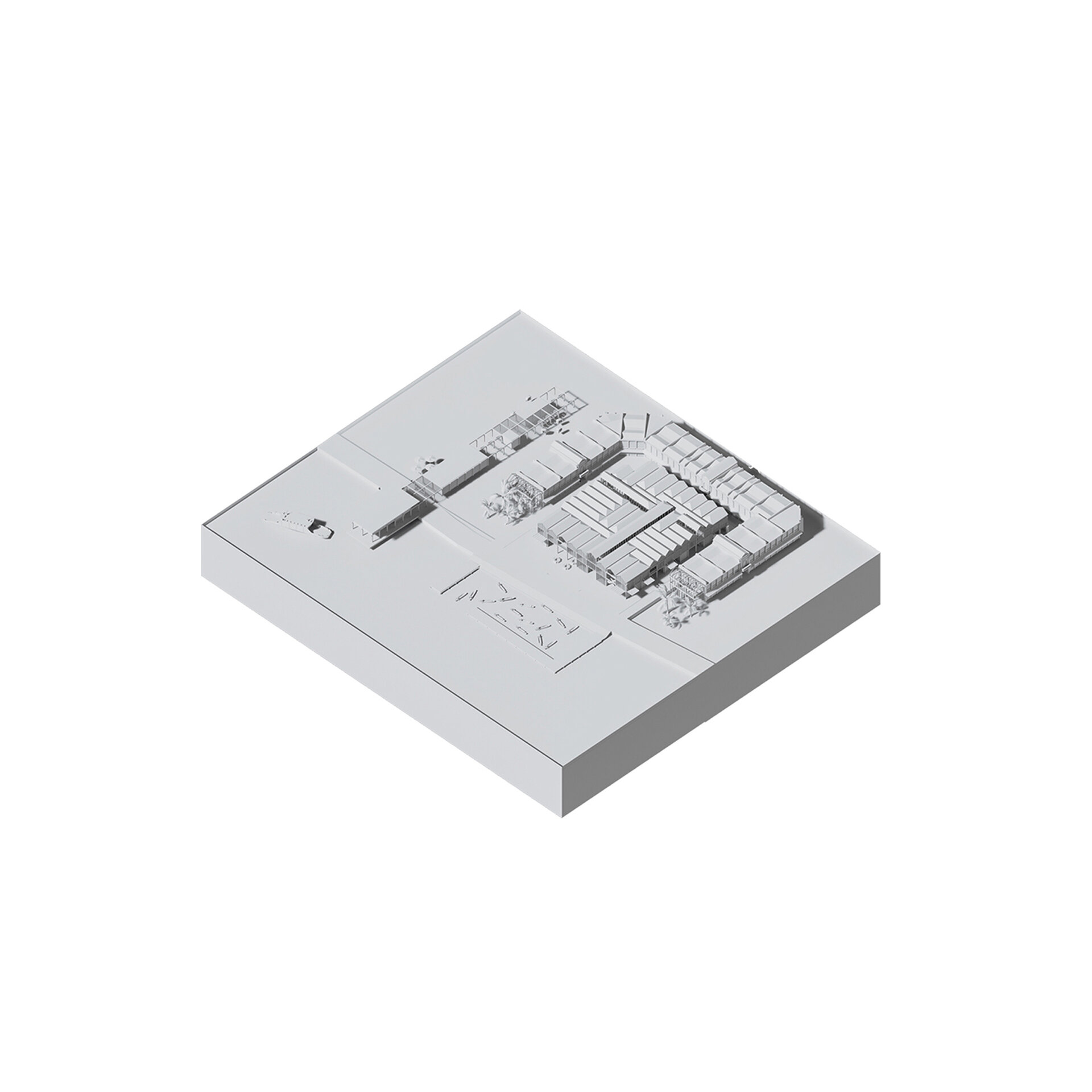 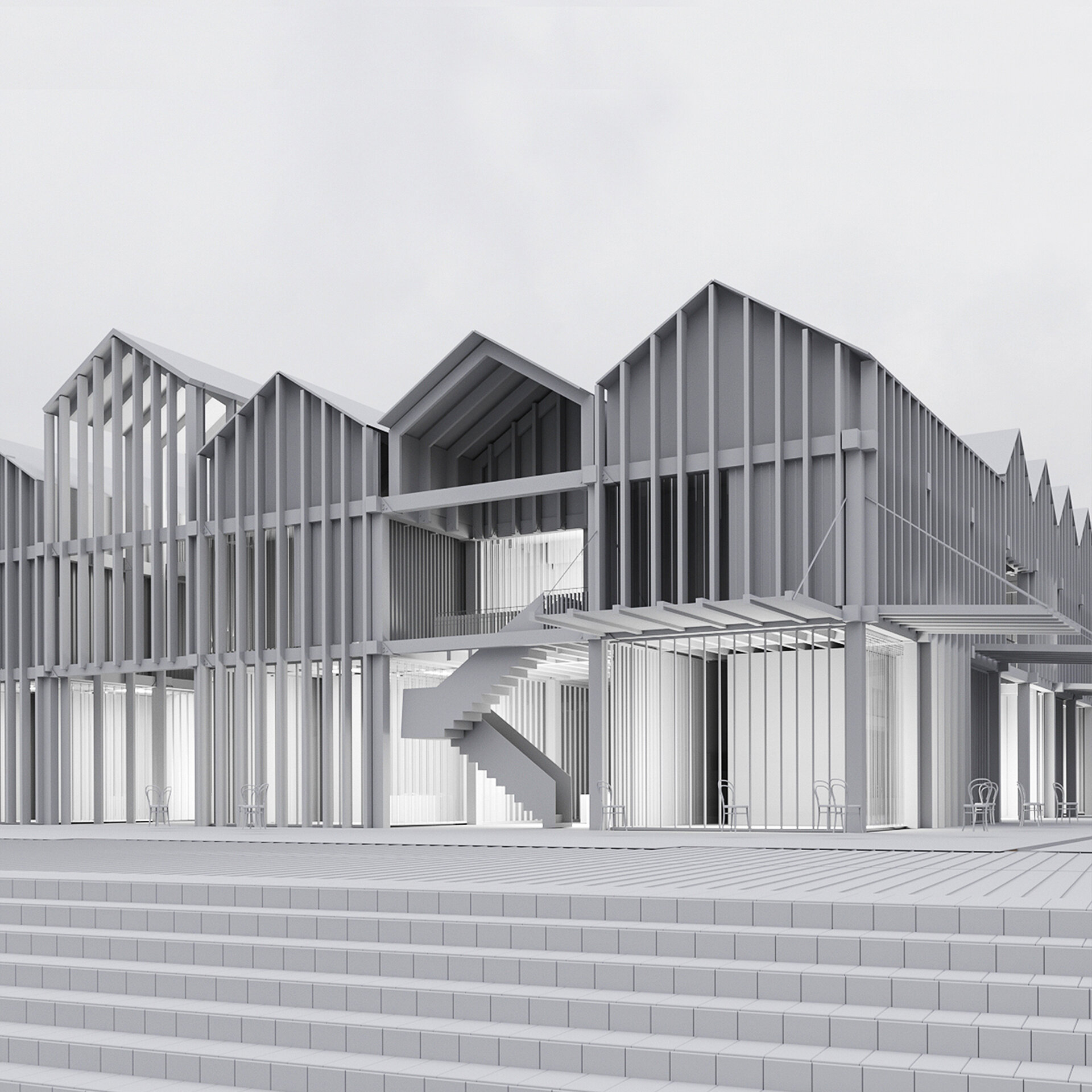 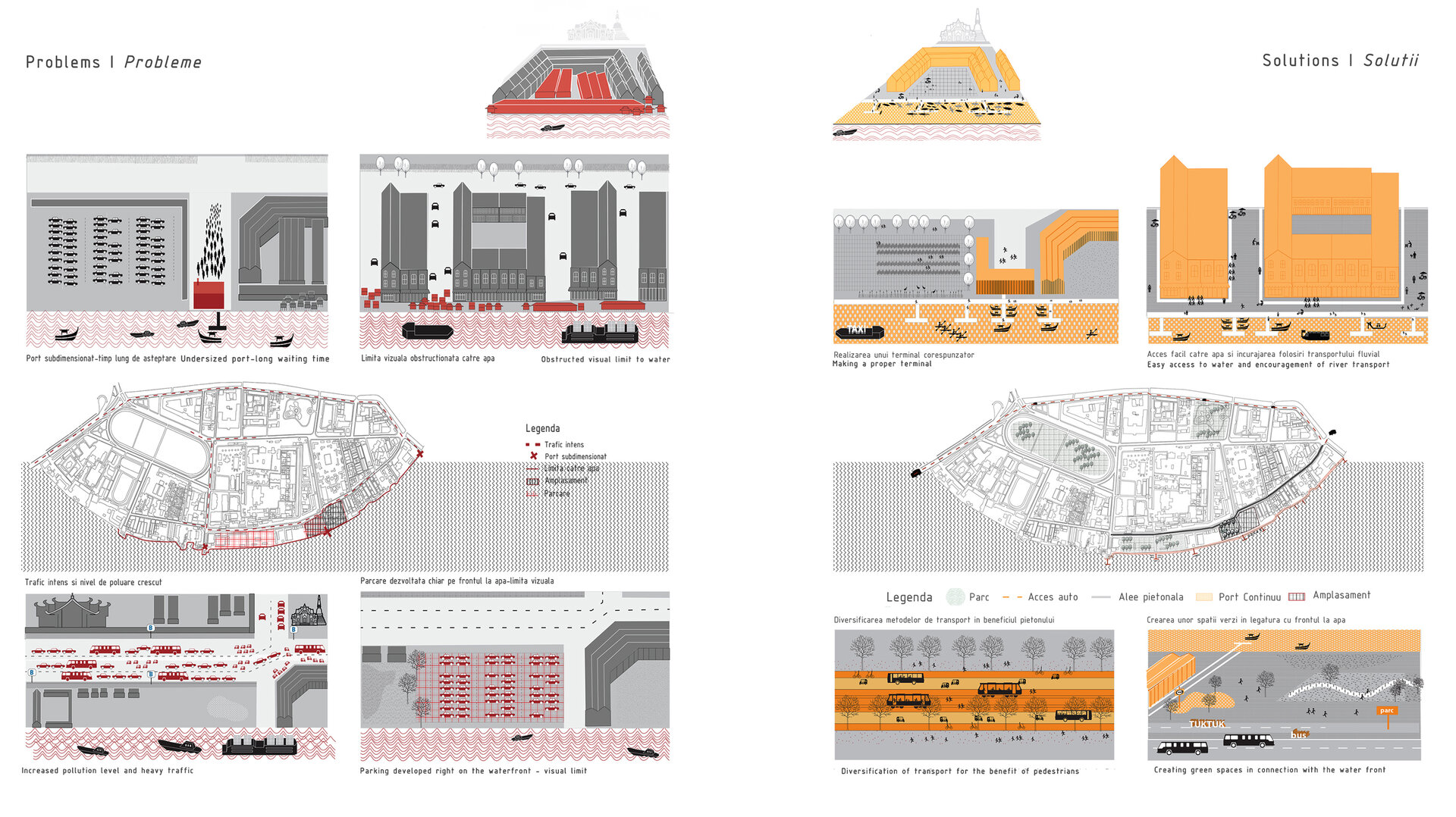 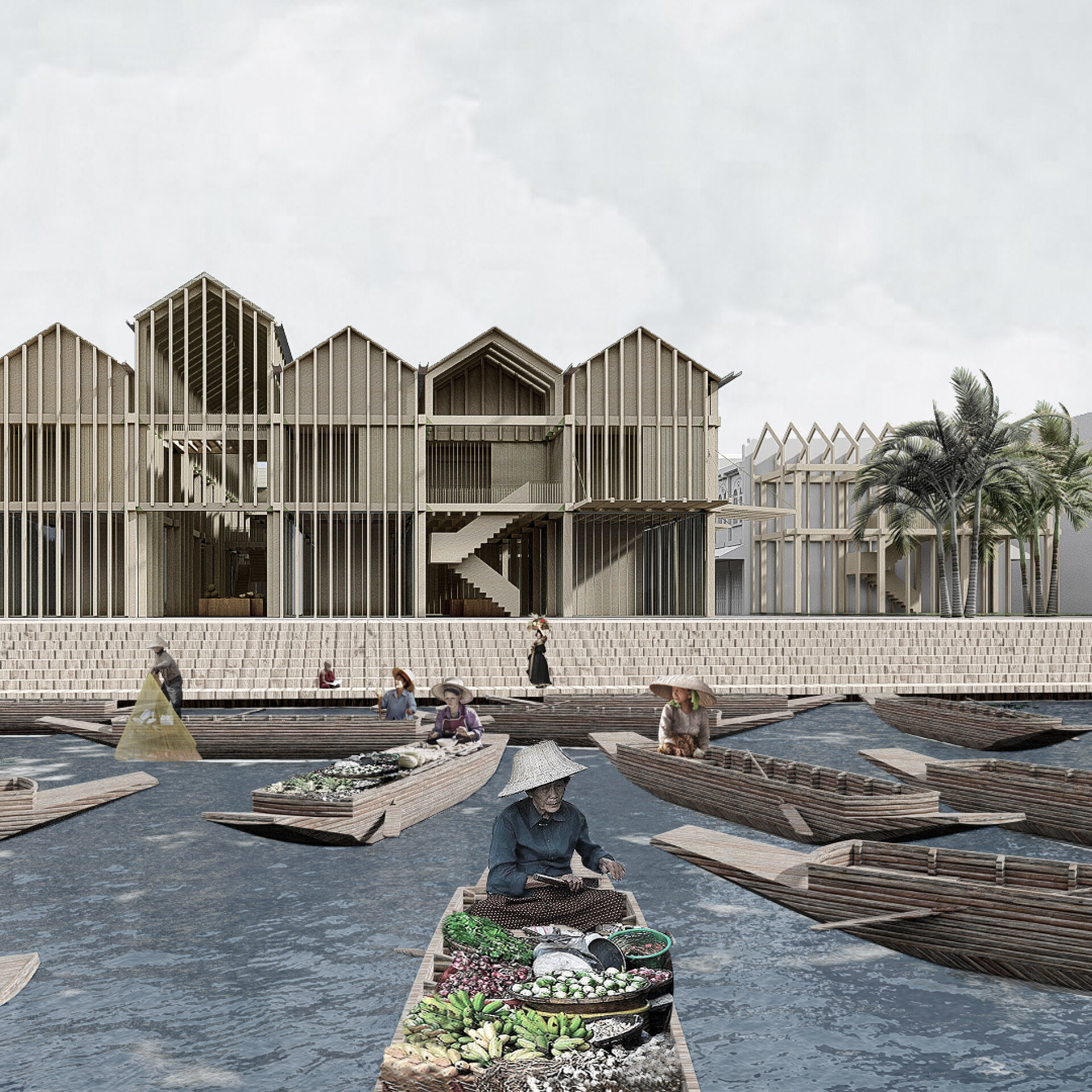 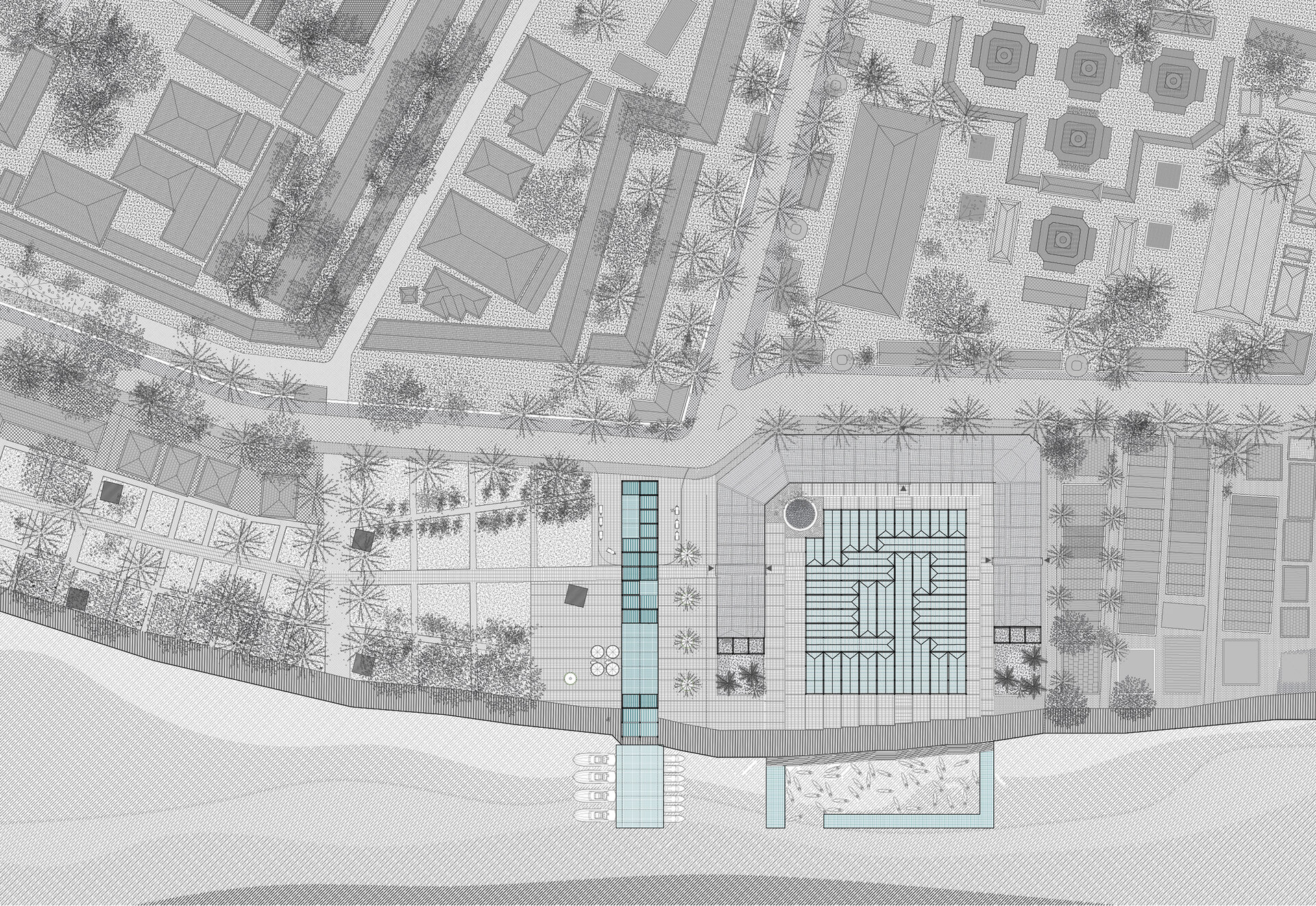 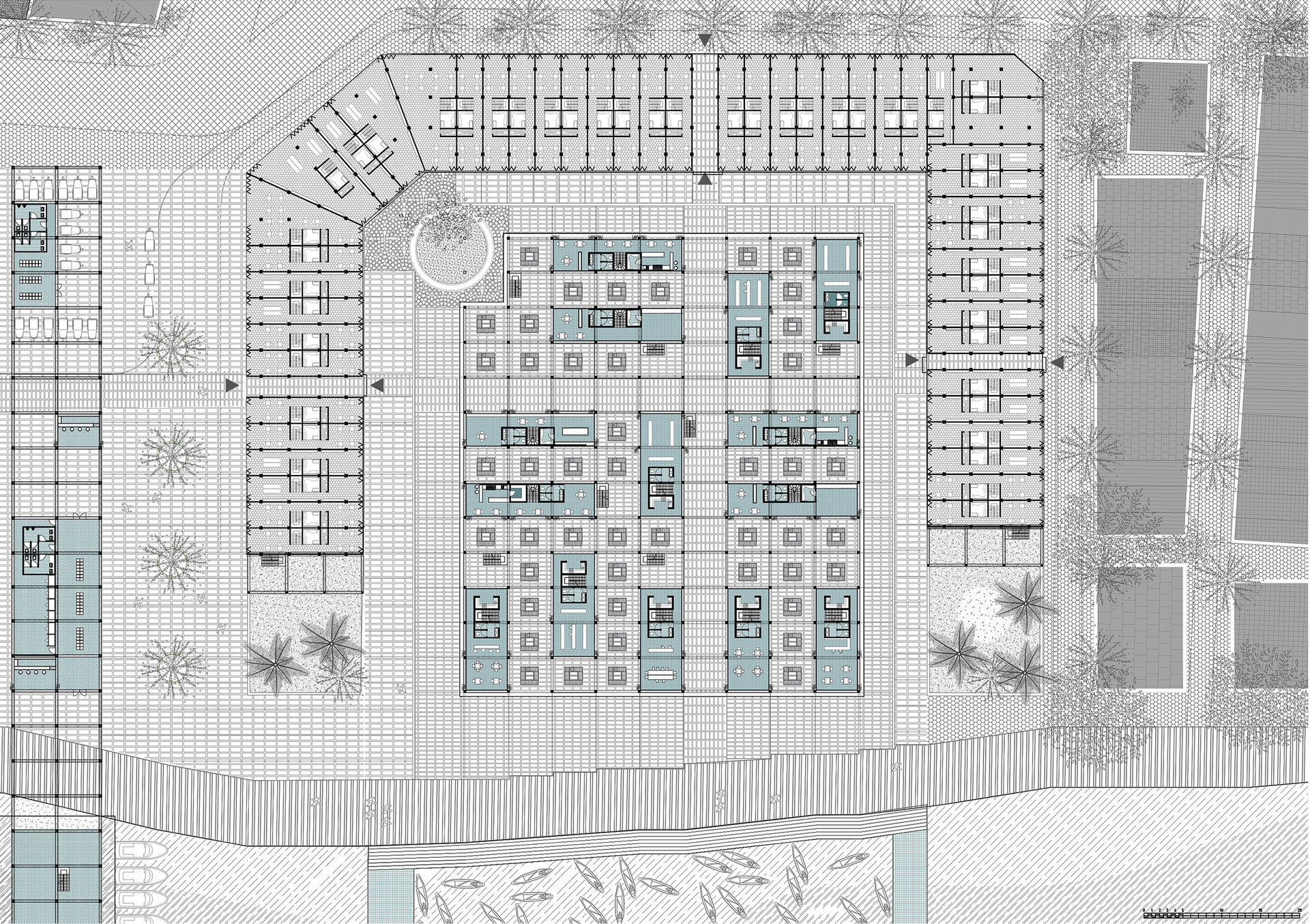 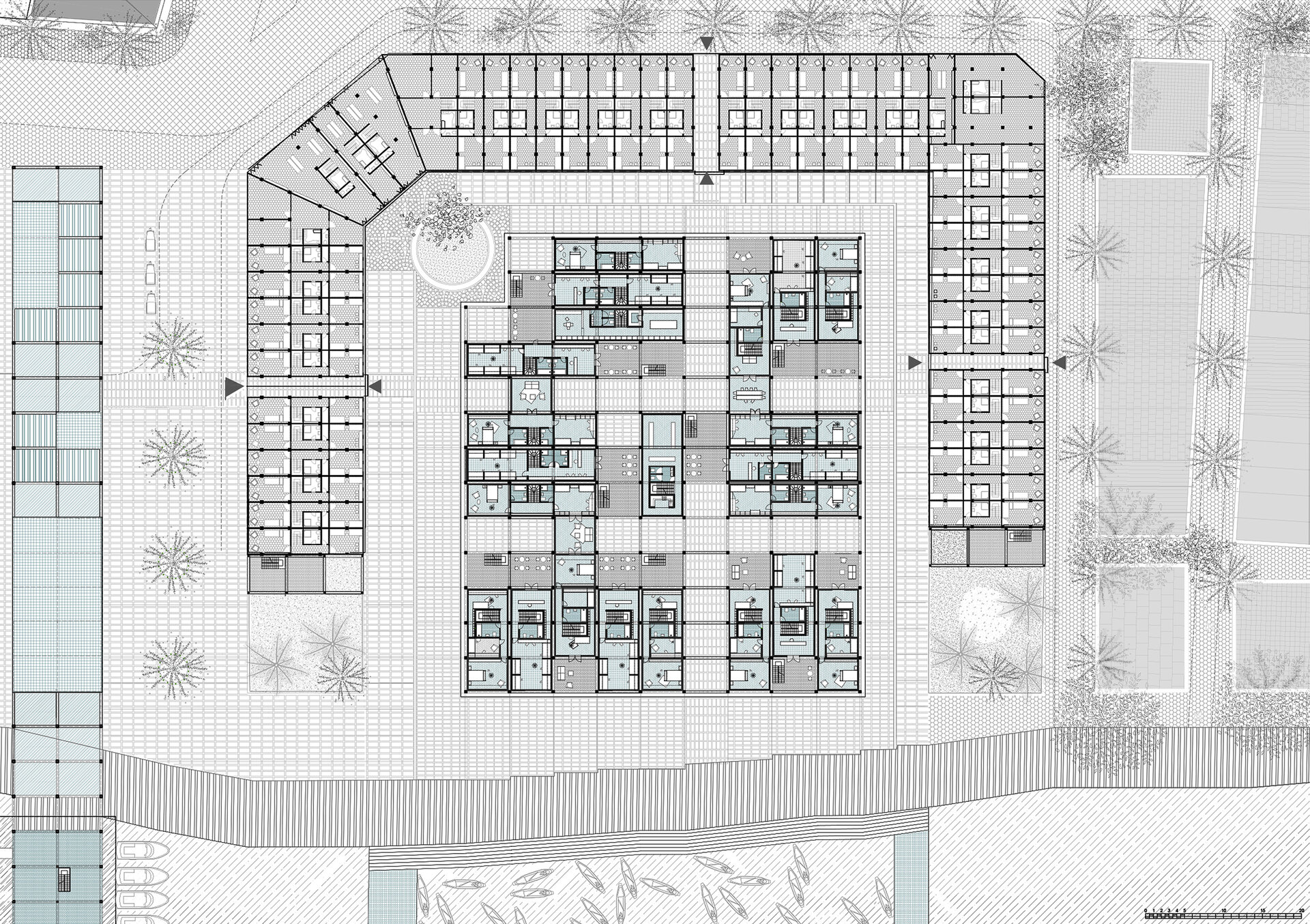 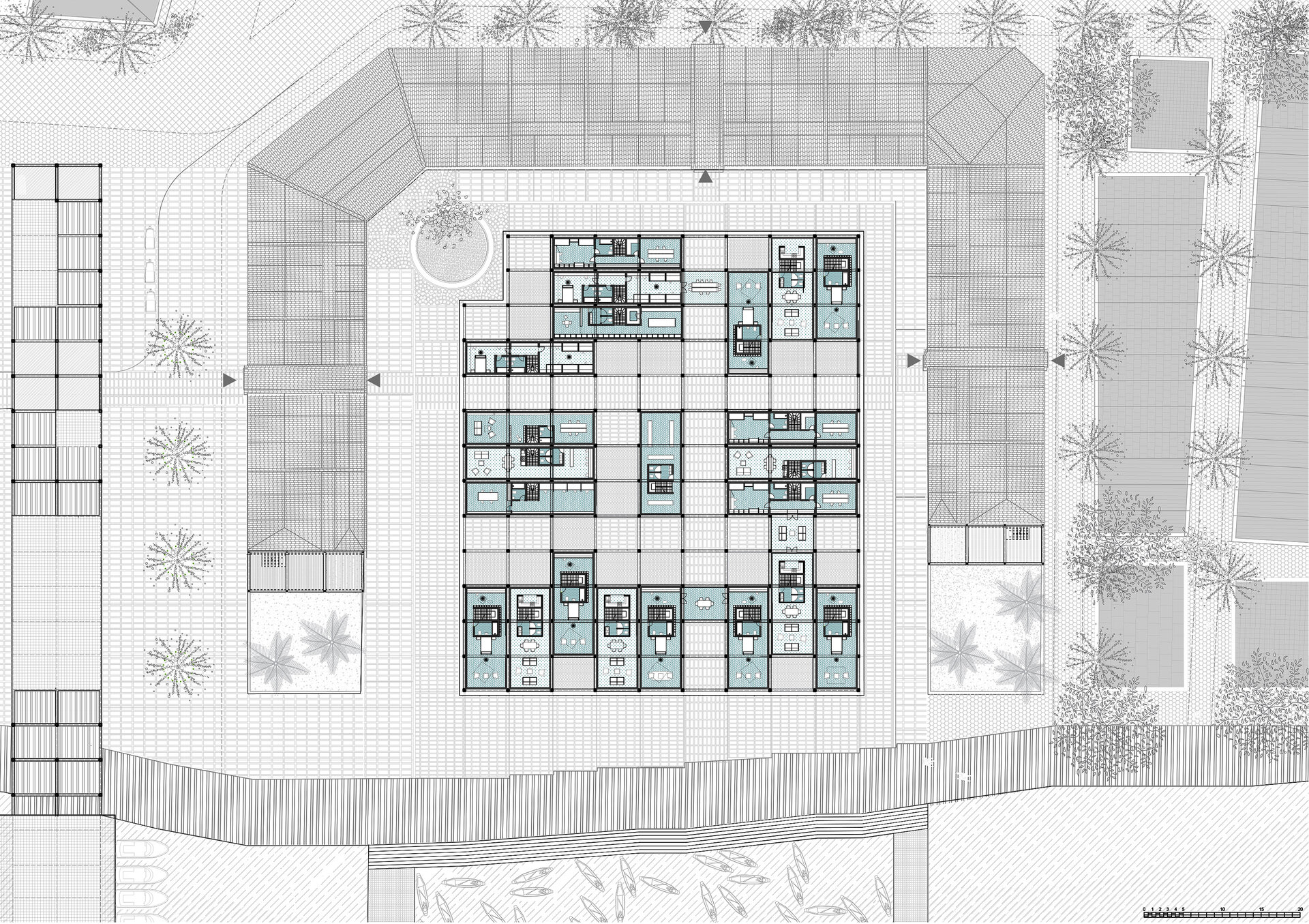 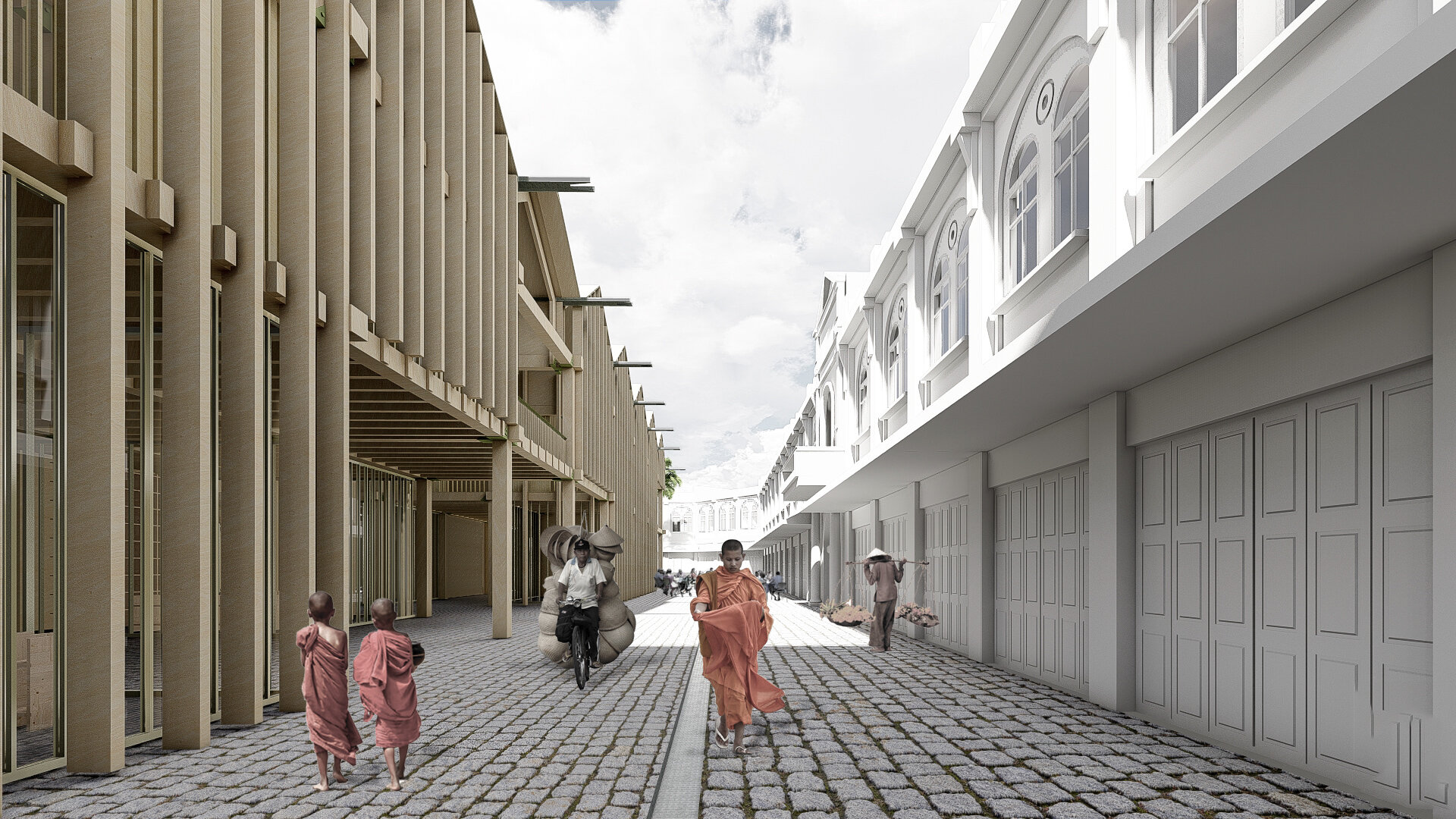 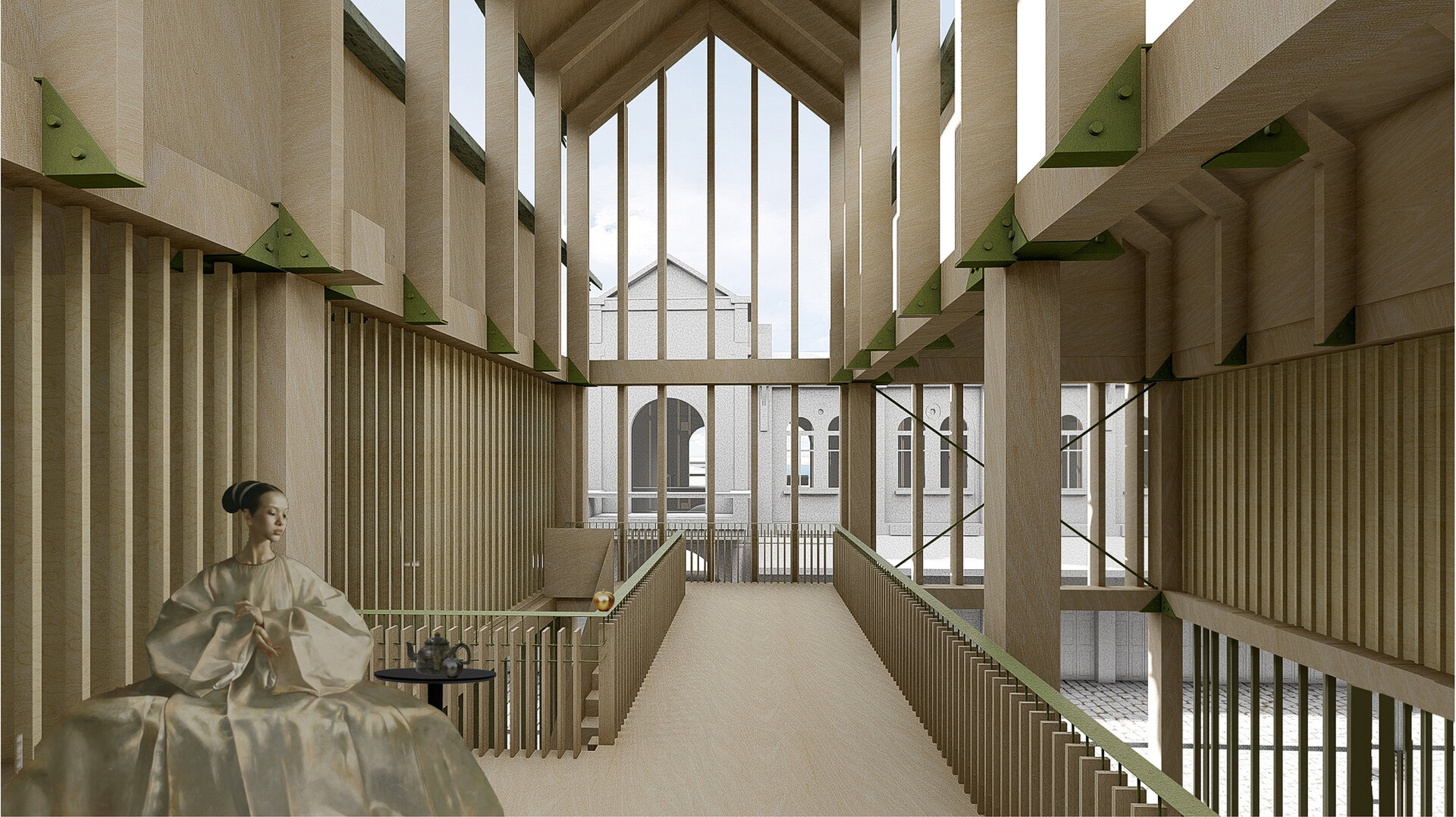 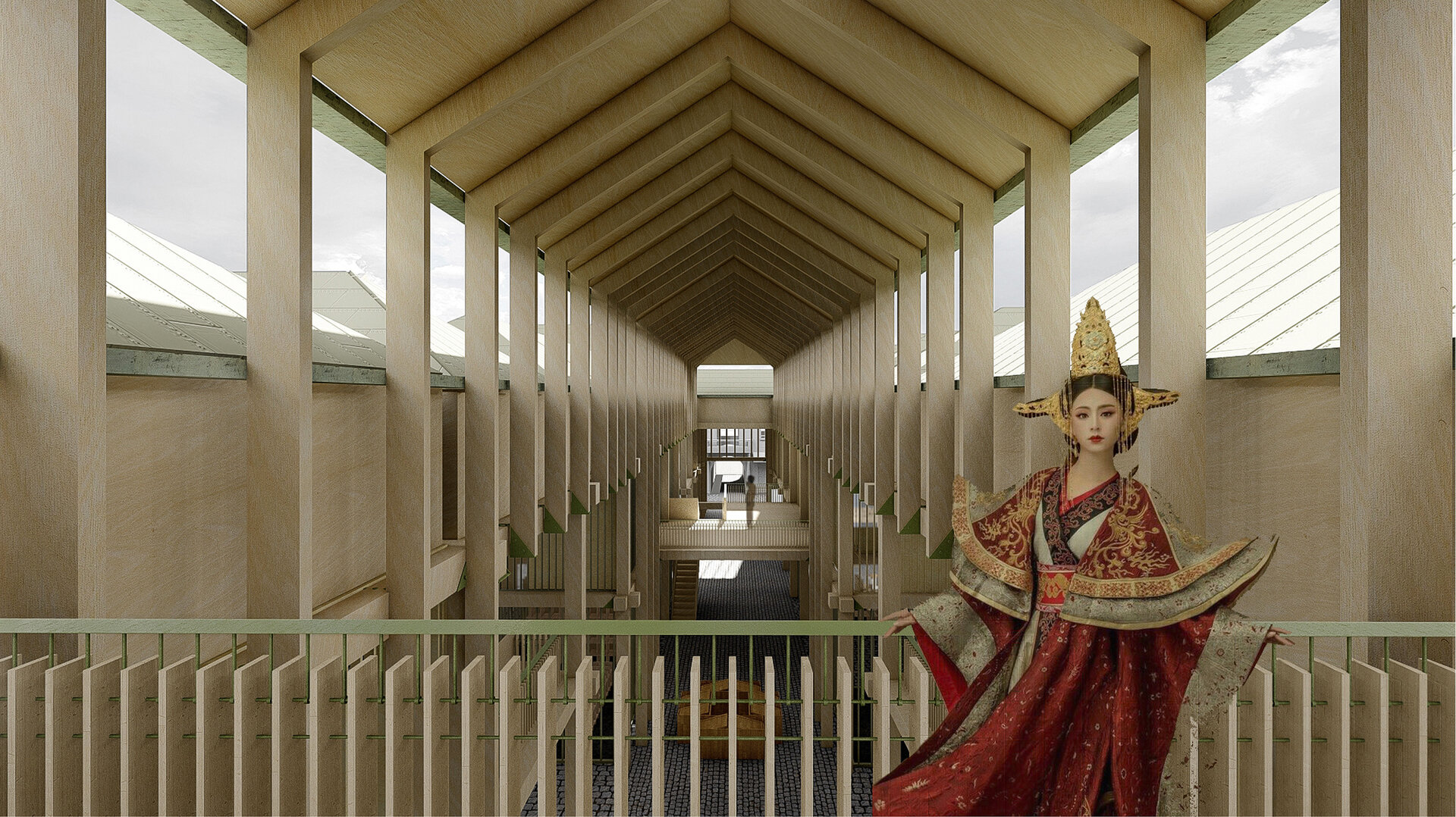 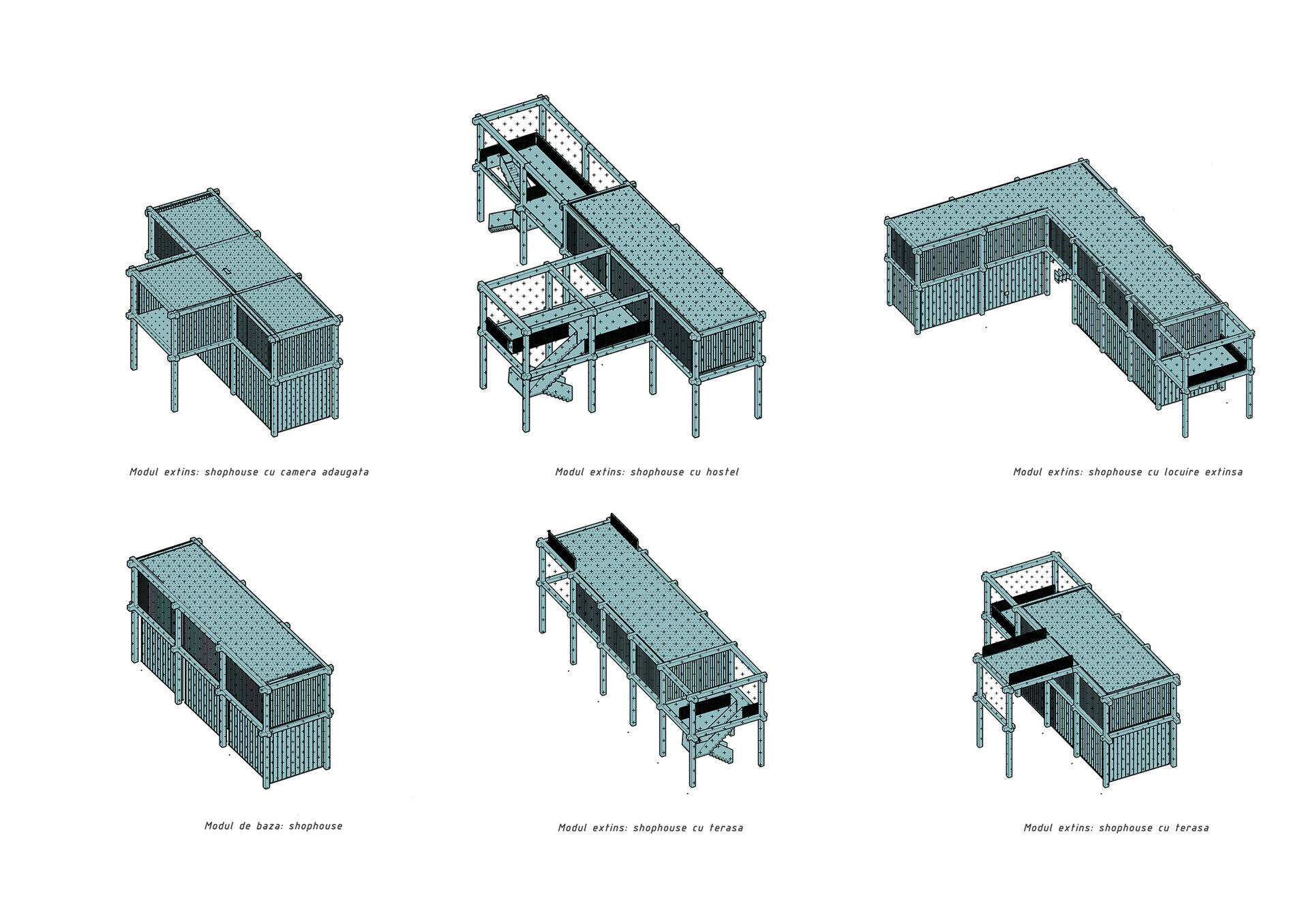 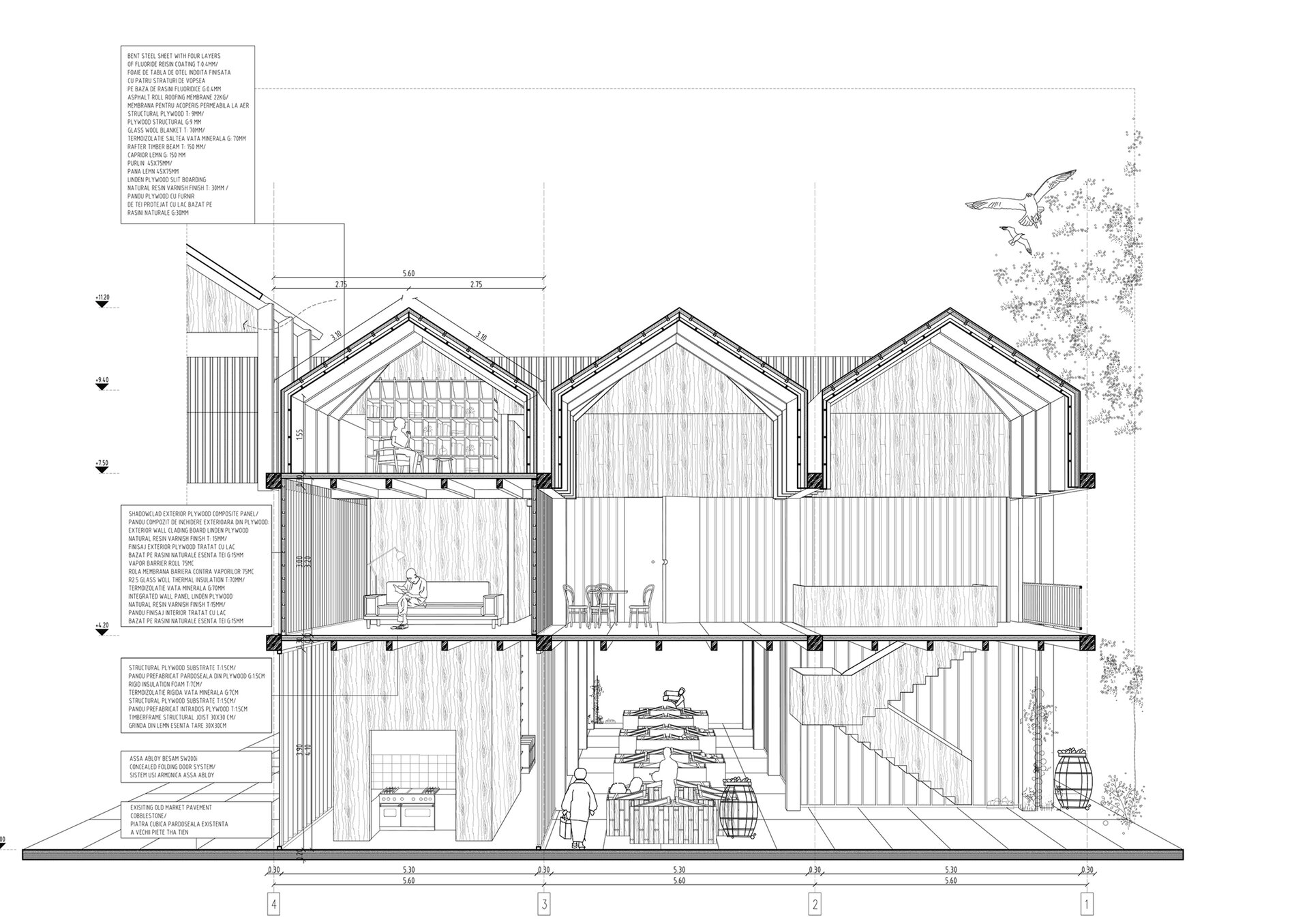 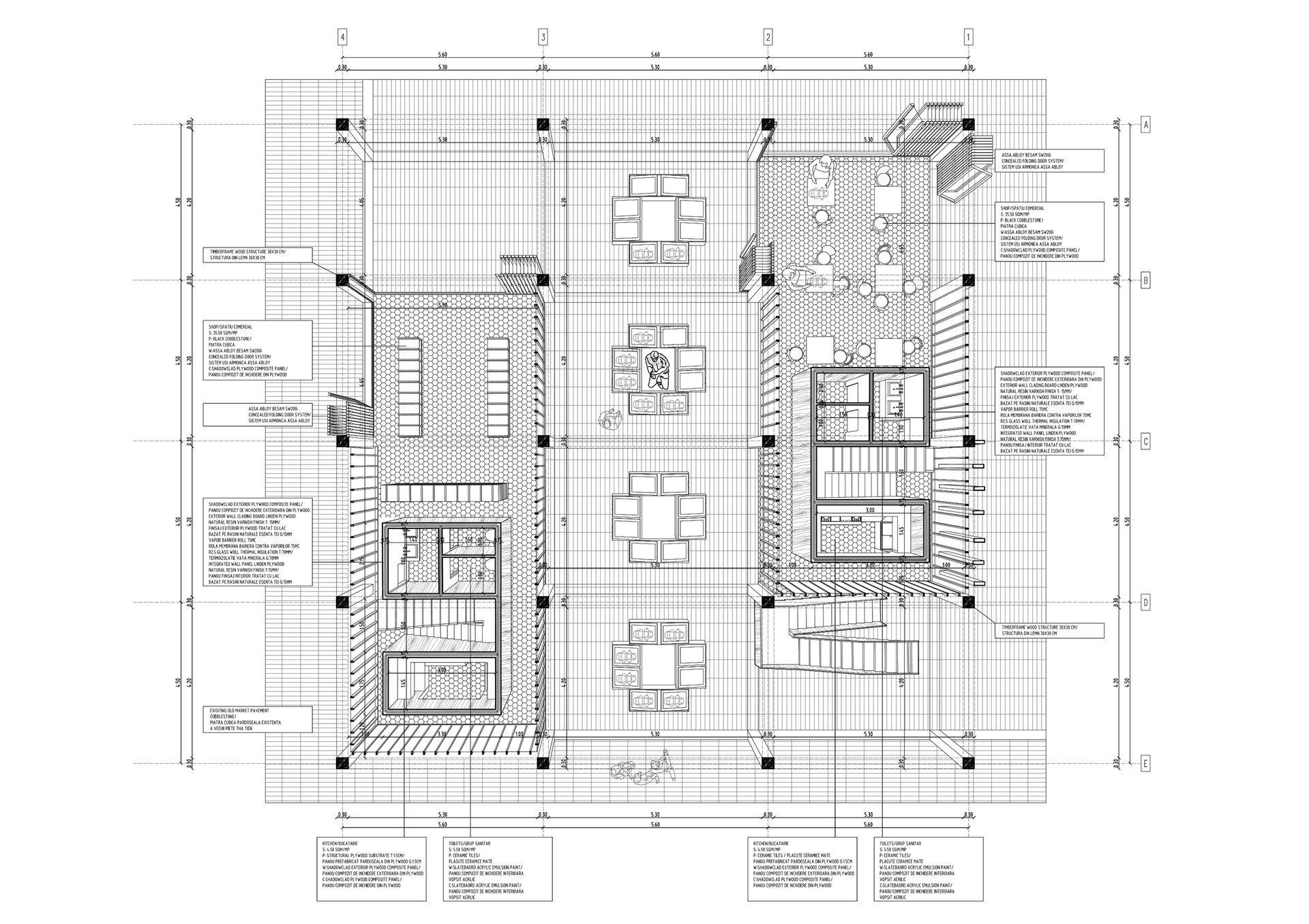 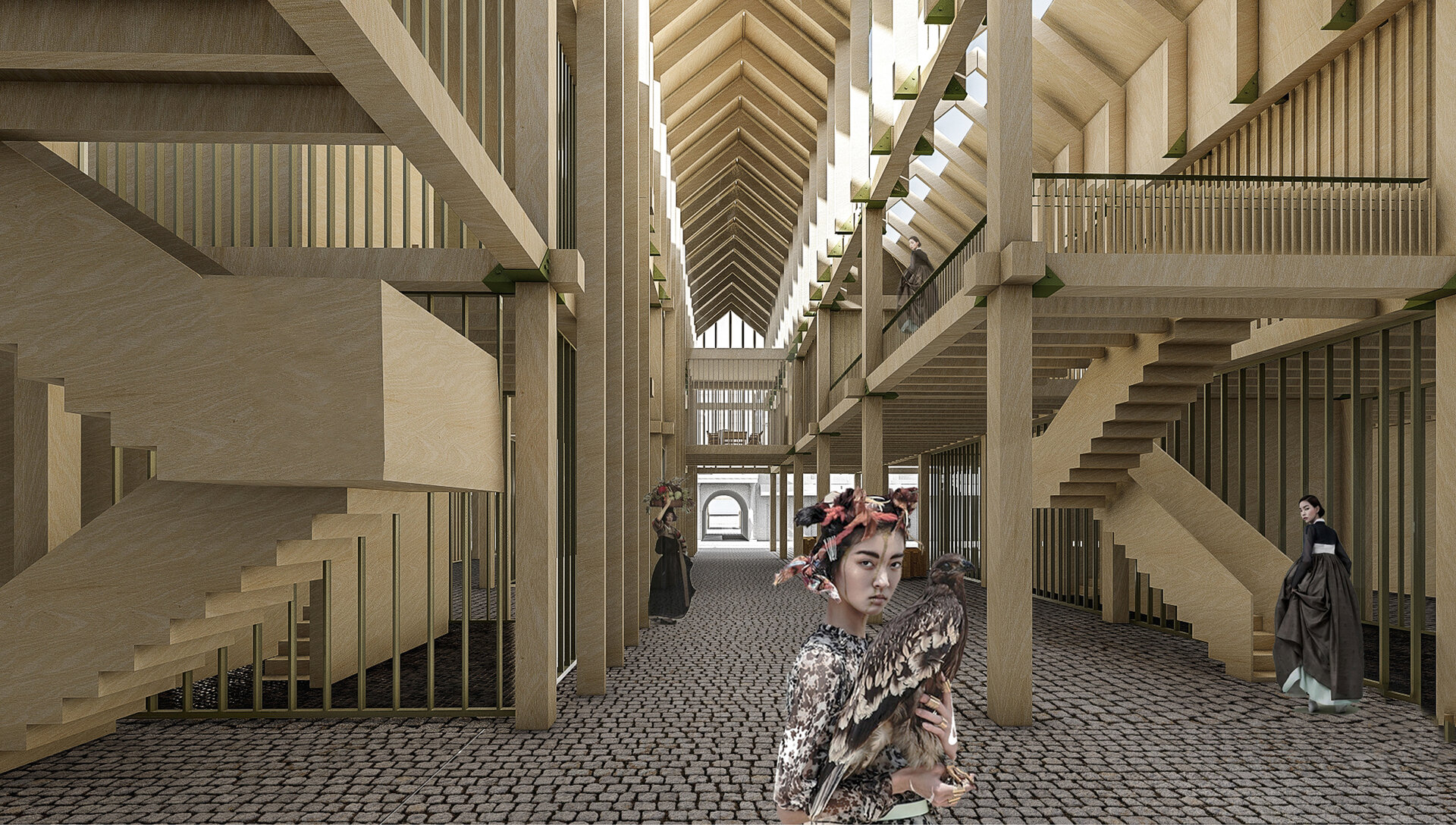 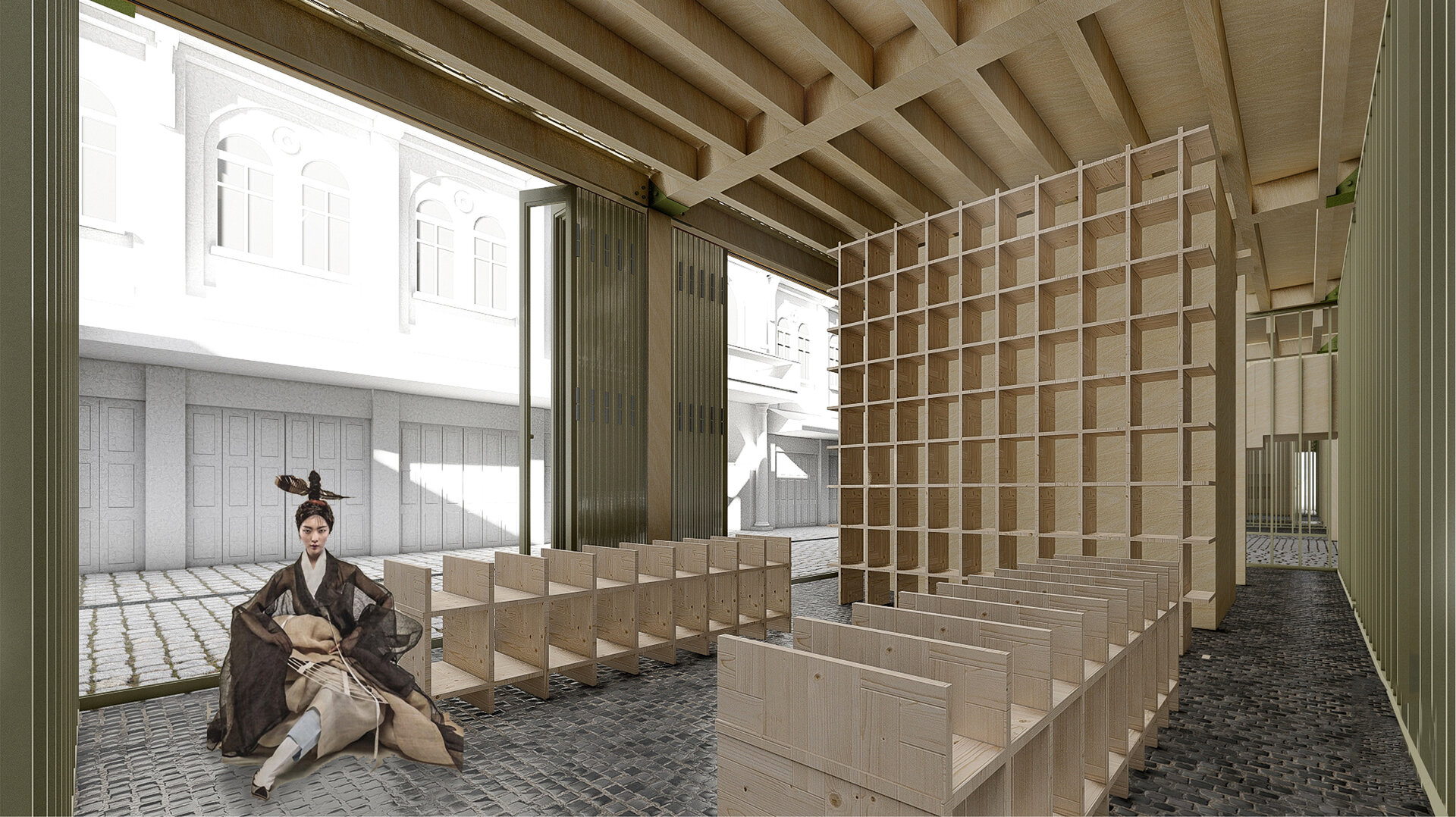 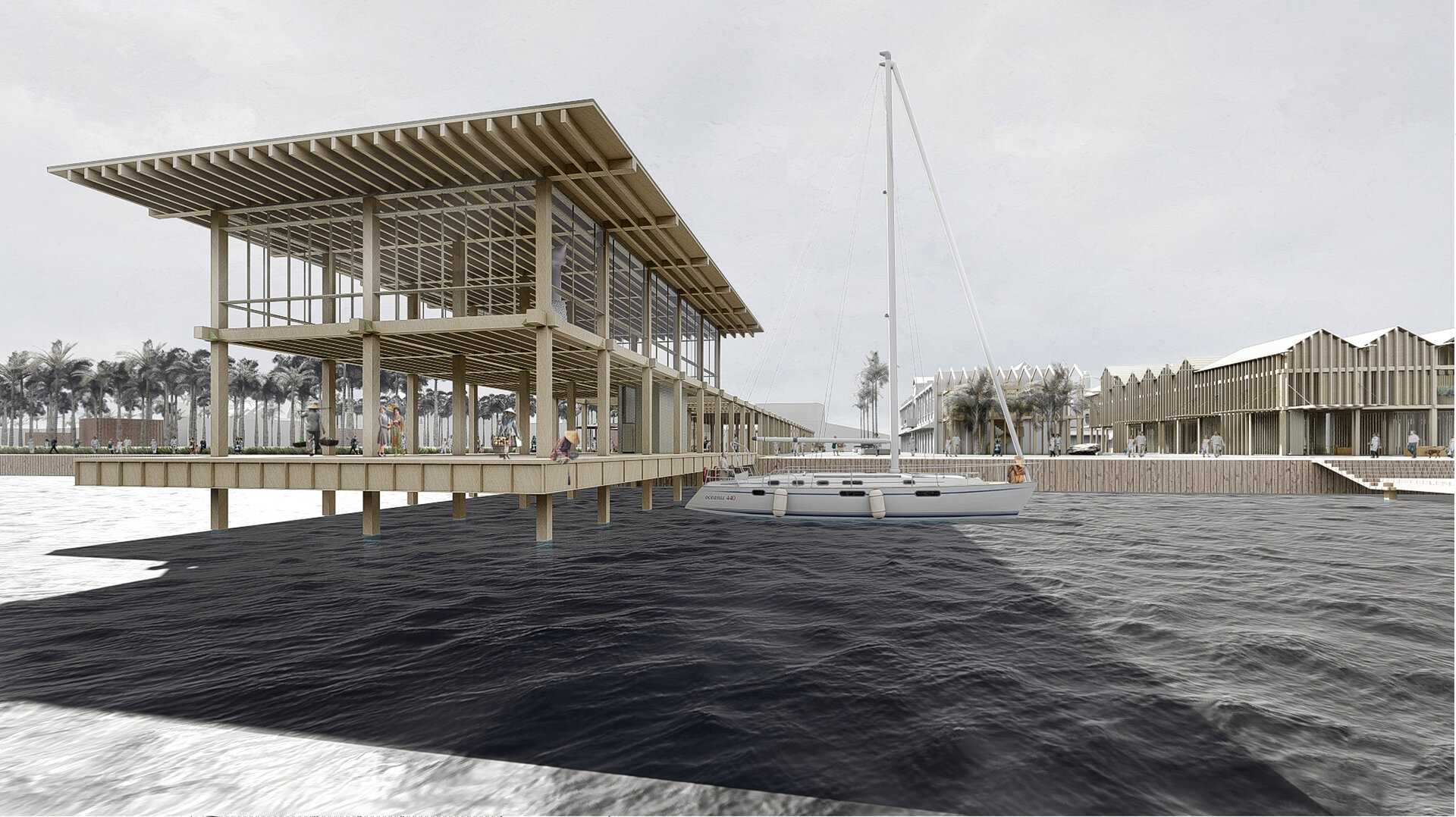 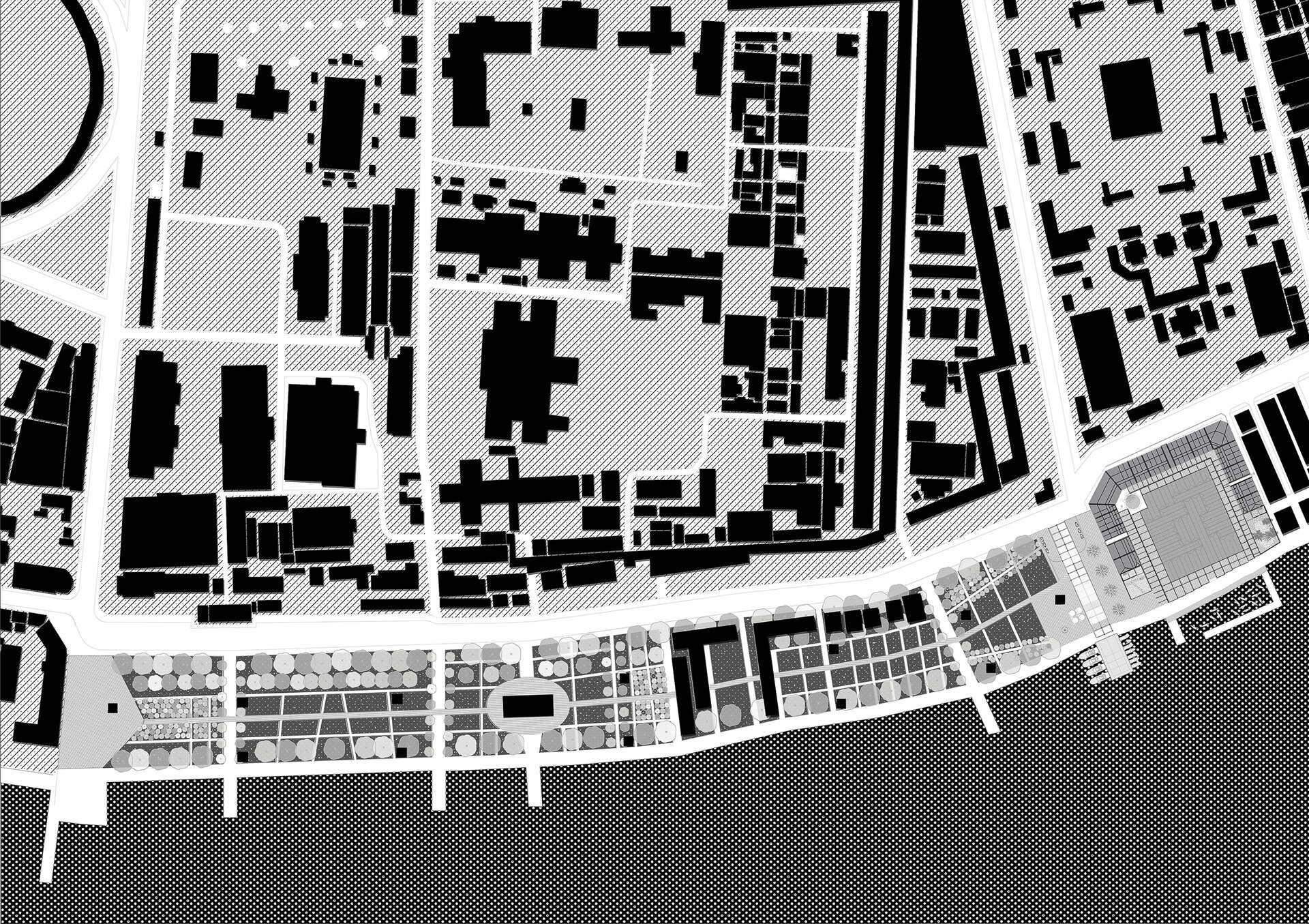