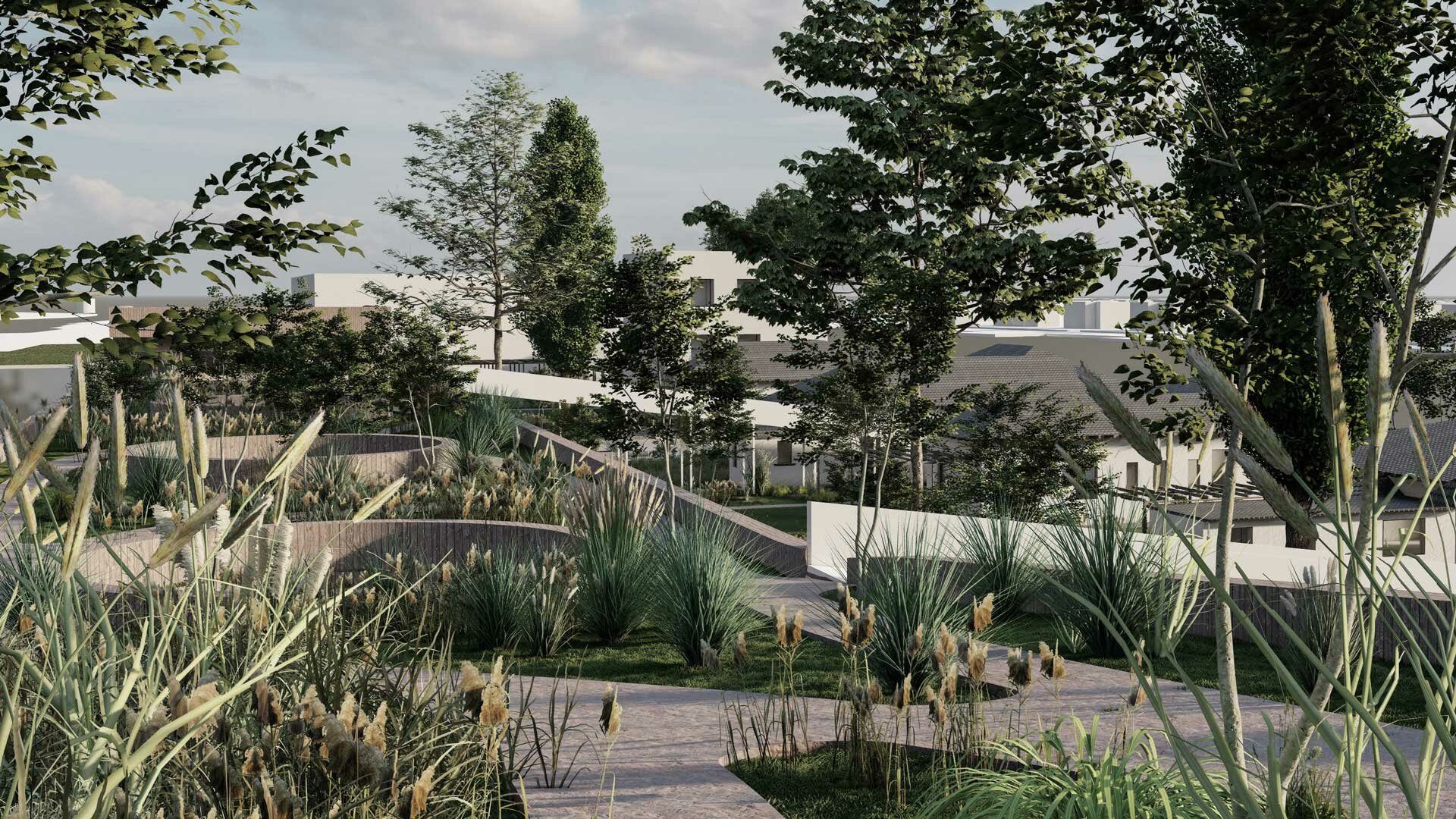 The chosen topic for the Diploma Project is the adaptive reuse of Sulina Shipyard, converting it into a reed processing center, production area of reed-based products, a testing area for the previously mentioned products, and generating new workshops and art exhibitions from reed, with small educational areas, shops to purchase reed products and art, and a re-activated public seafront, linking the two shorelines of Sulina. Having a surface of approx. 60.000 sqm, it is a massive discarded area, an urban void present from the southern shoreline as the main perspective for the visitors. The main access is conducted two ways, inland and nautical. As a consequence, this eliminates the linear percourse on the site, and thus the visitor may choose the primus and terminus points respectively.

The multi-layered development, similar to a palimpsest, generated clusters or small urban conglomerates on the site, established according to the timeframe of the shipyard. The layout is almost in its entirety a closed subsystem with regards to the system of the shipyard. From the heritage point of view, the buildings were proposed to be classified as historic monuments, but there was no closure to the application to this date

The proposal has the goal of reusing the buildings on the site, along with the activation of the shoreline, transforming the whole ensemble from an urban void to a catalyst for the declining city. The socialist hall will be converted into raw material storage – the reed bundle. From here, the bundles are transported on the canals towards the built proposal – the processing wing – where the reed bundles are transformed into a selection of sustainable products.
Thus, the small houses can become small offices and administration areas of the processing plant, while others may become small lecture halls, libraries, or small coffee shops for the visitors to have a small break in the percourse of the site and complex. The in-between spaces between the houses will be converted into individually tailored gardens or patches of low-mid vegetation, thus concealing the eventual side-accessed supply, but also creating the first buffer of a filter from the Danube. The large socialist hall will be converted into a storage area for raw material and a small bundle assembly station, which will be later delivered by boat towards the processing area of the site.

The proposal hosts the industrial workshops of processing the reed bundles, along with exhibition spaces, and an admin/ office area for the workshops. The proposal is going to be erected in light materials, which have a low impact and a high degree of recyclability. Thus, a cross-laminated timber structure will be utilized. Due to the special structure of the soil found in Danube Delta, being sandy and loamy with a high degree of compressibility, reinforced concrete foundation blocks and foundation screws will be utilized, hence maintaining as low as possible the use of concrete in Danube Delta, with regards to reusing the same elements after the life cycle of the building and the possibility of recycling the structure itself. The aim of the project is to take a highly sustainable resource with high applicability in various industries, coupling it with a shrinking city as context, and within an urban void and high-potential site in order to create a sustainable circular metabolic system, in which processed reed brings revenue, spreads awareness, attracts new visitors and local migrated workforce. 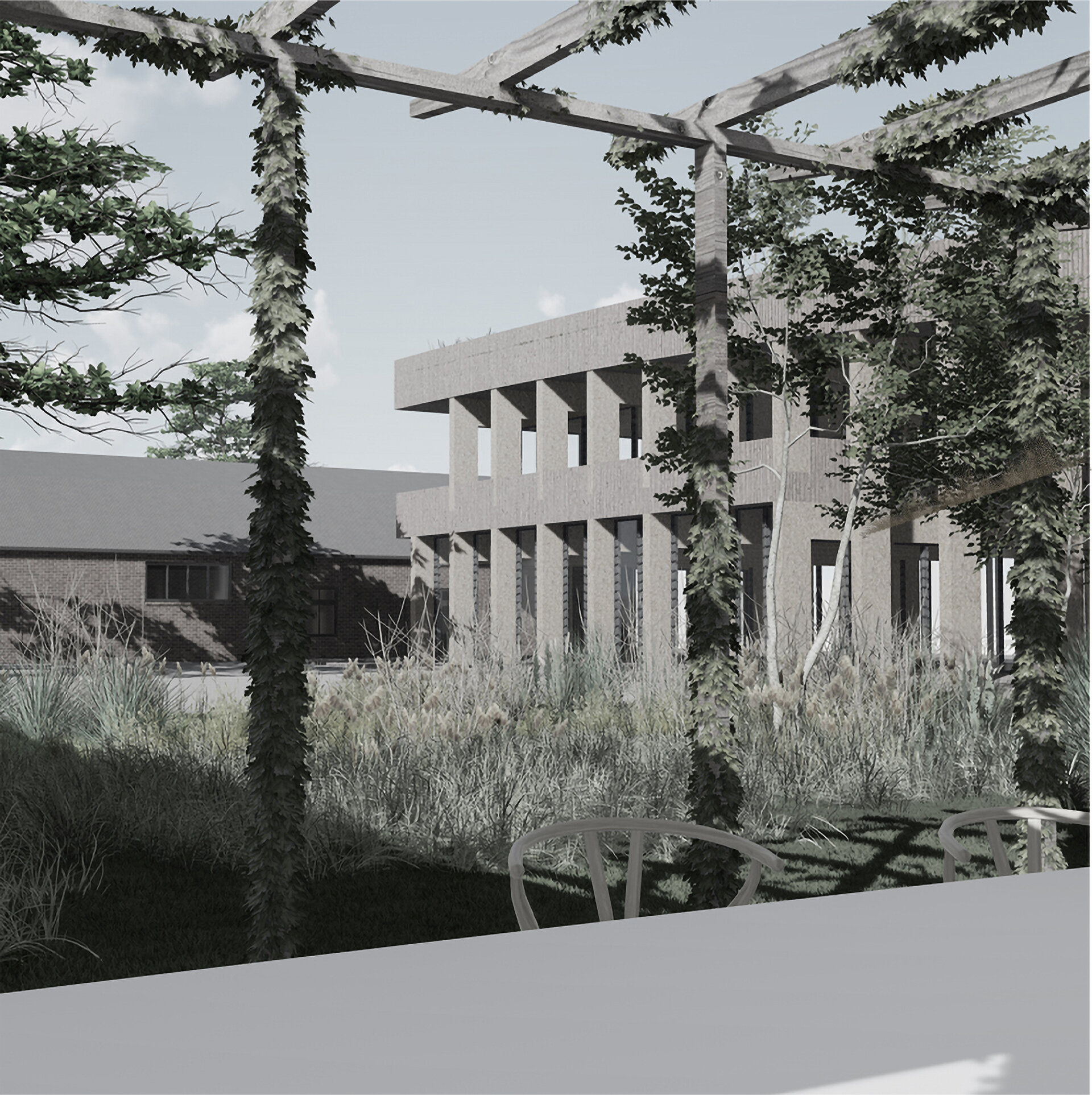 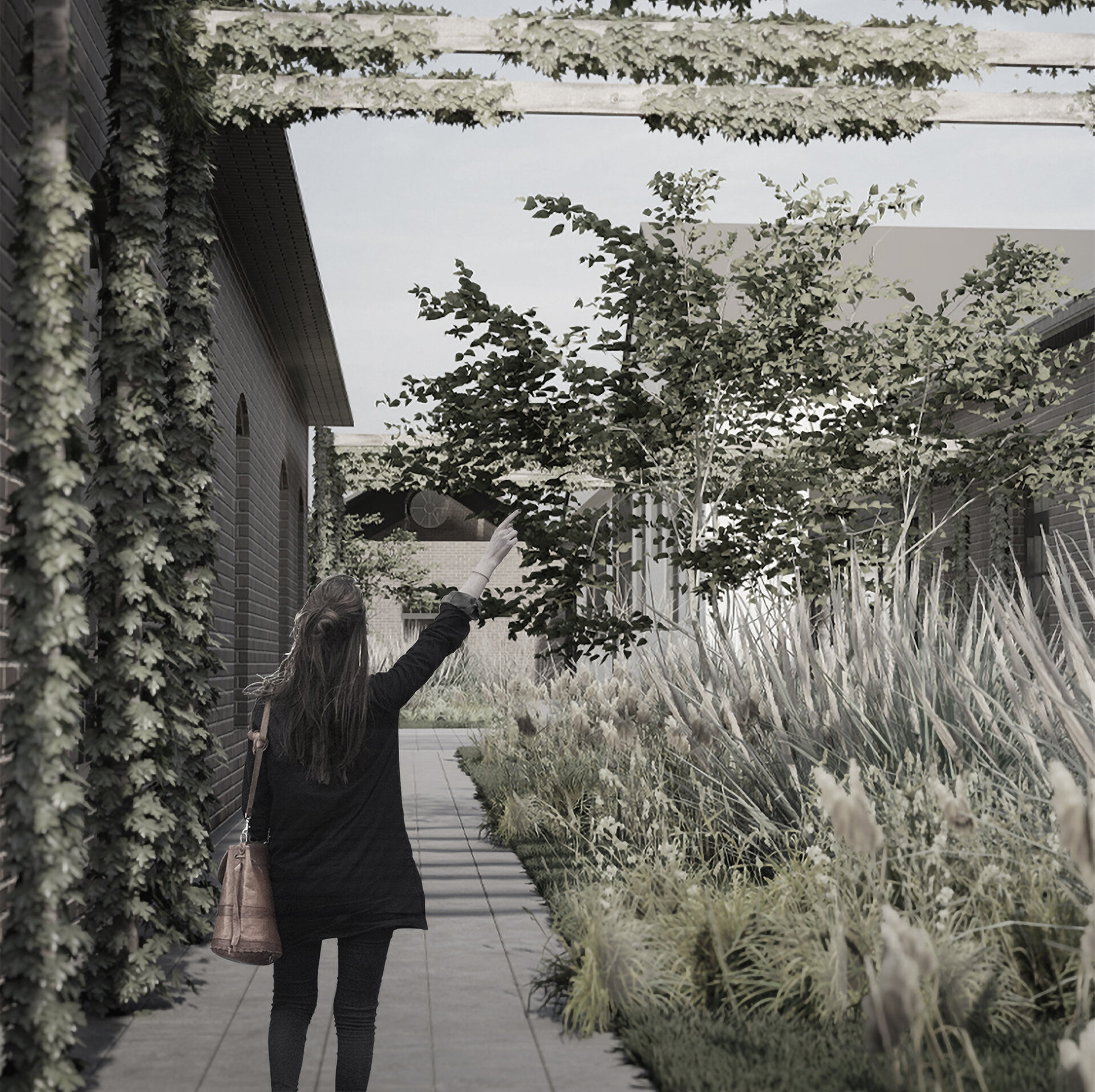 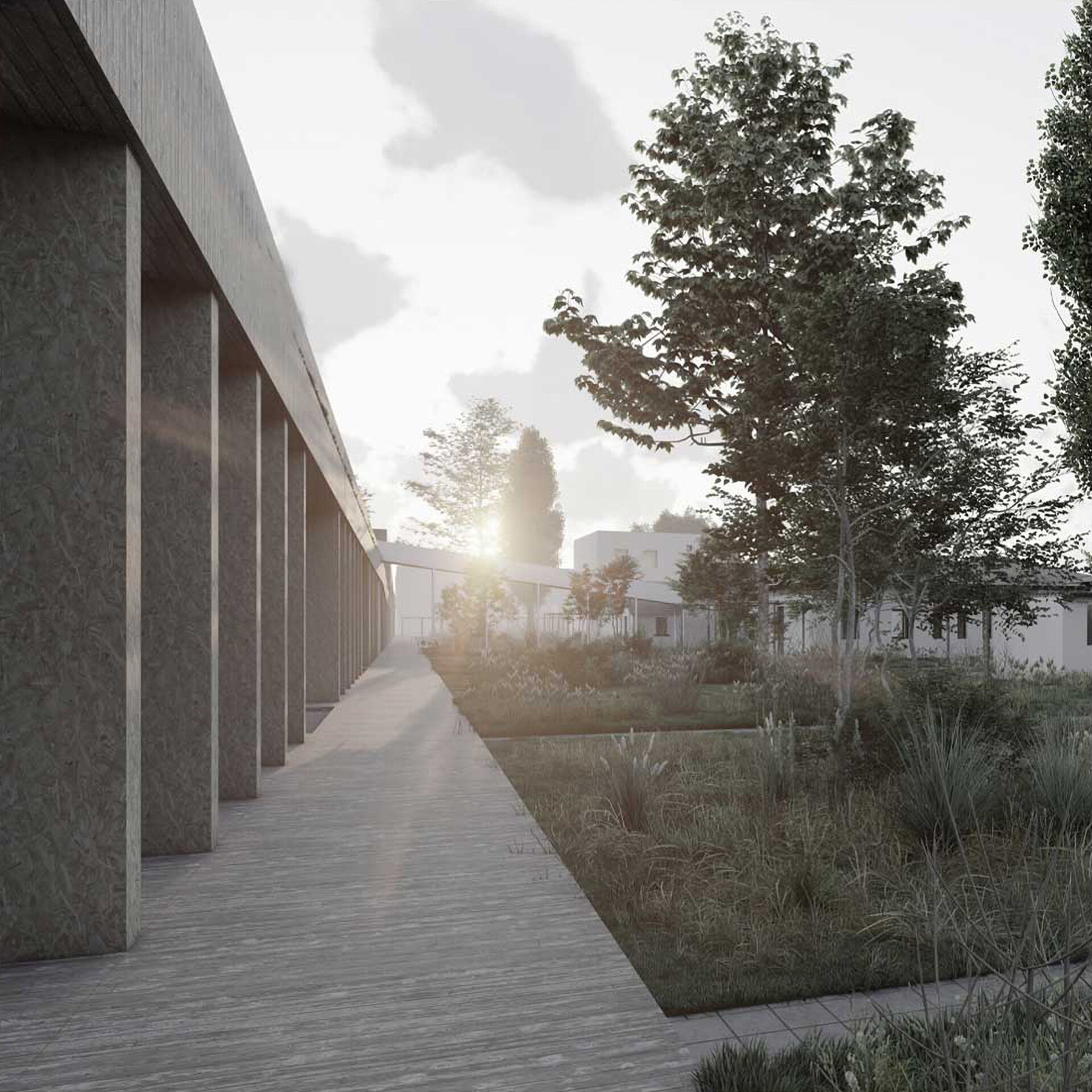 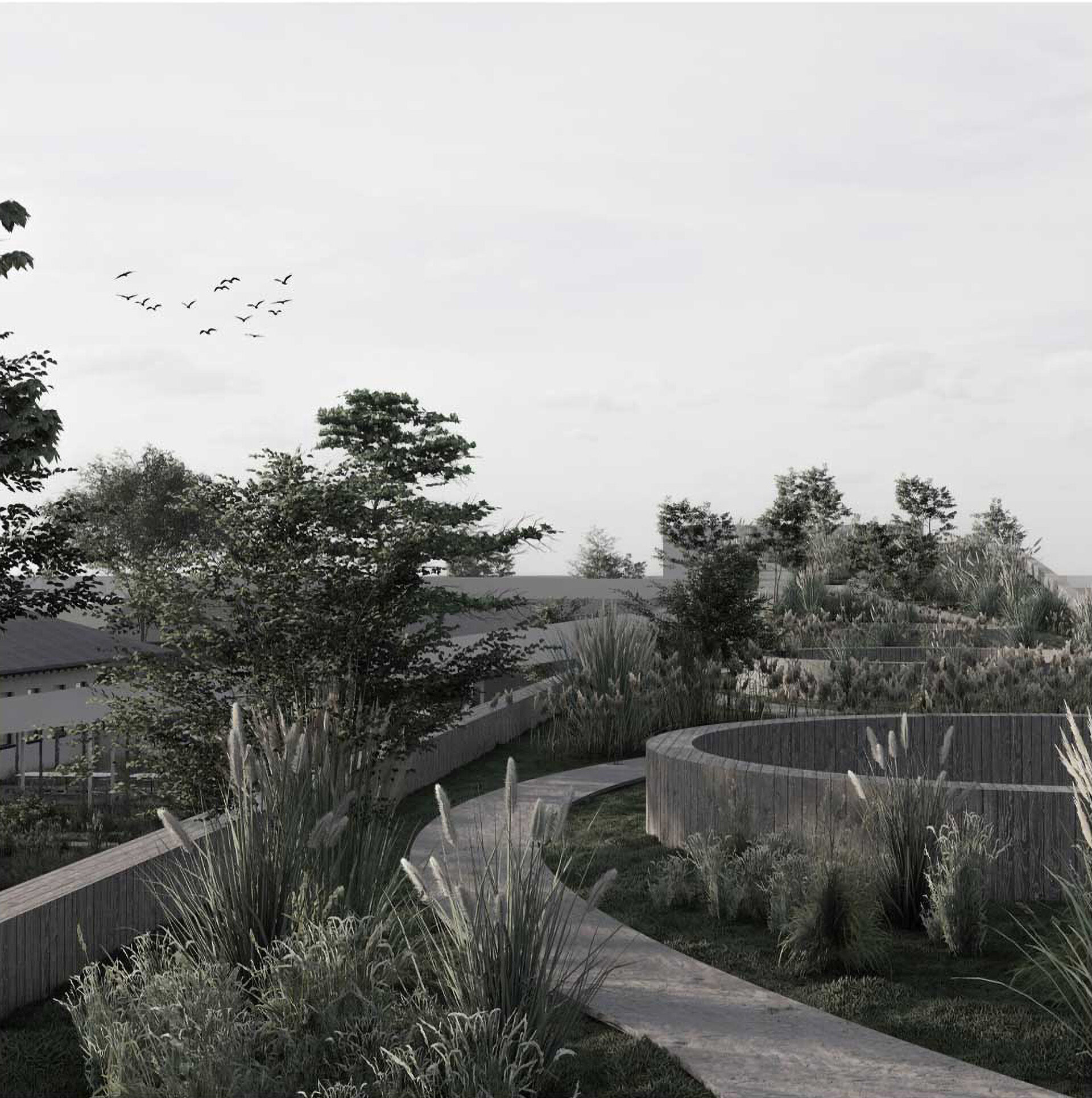 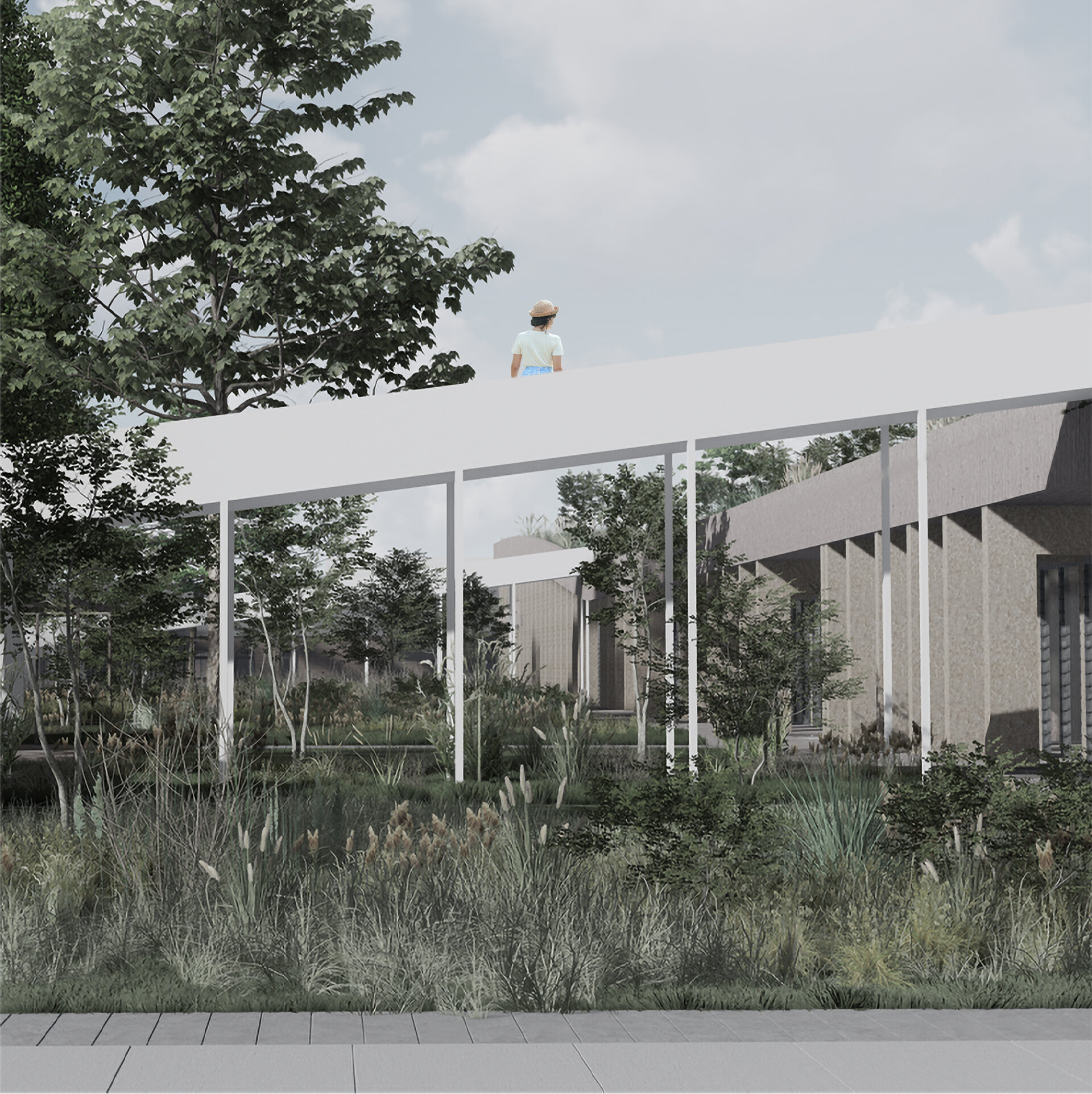 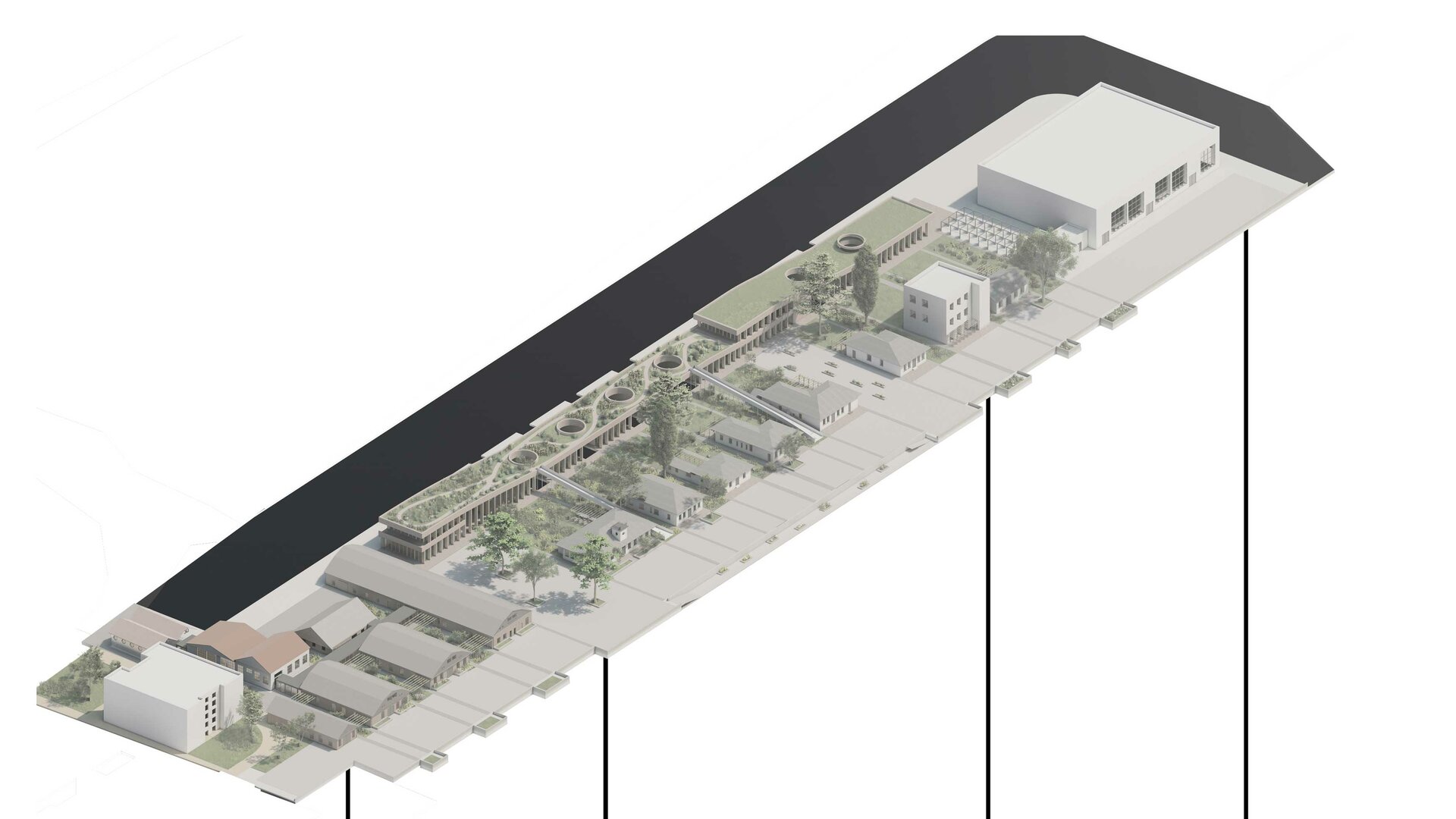