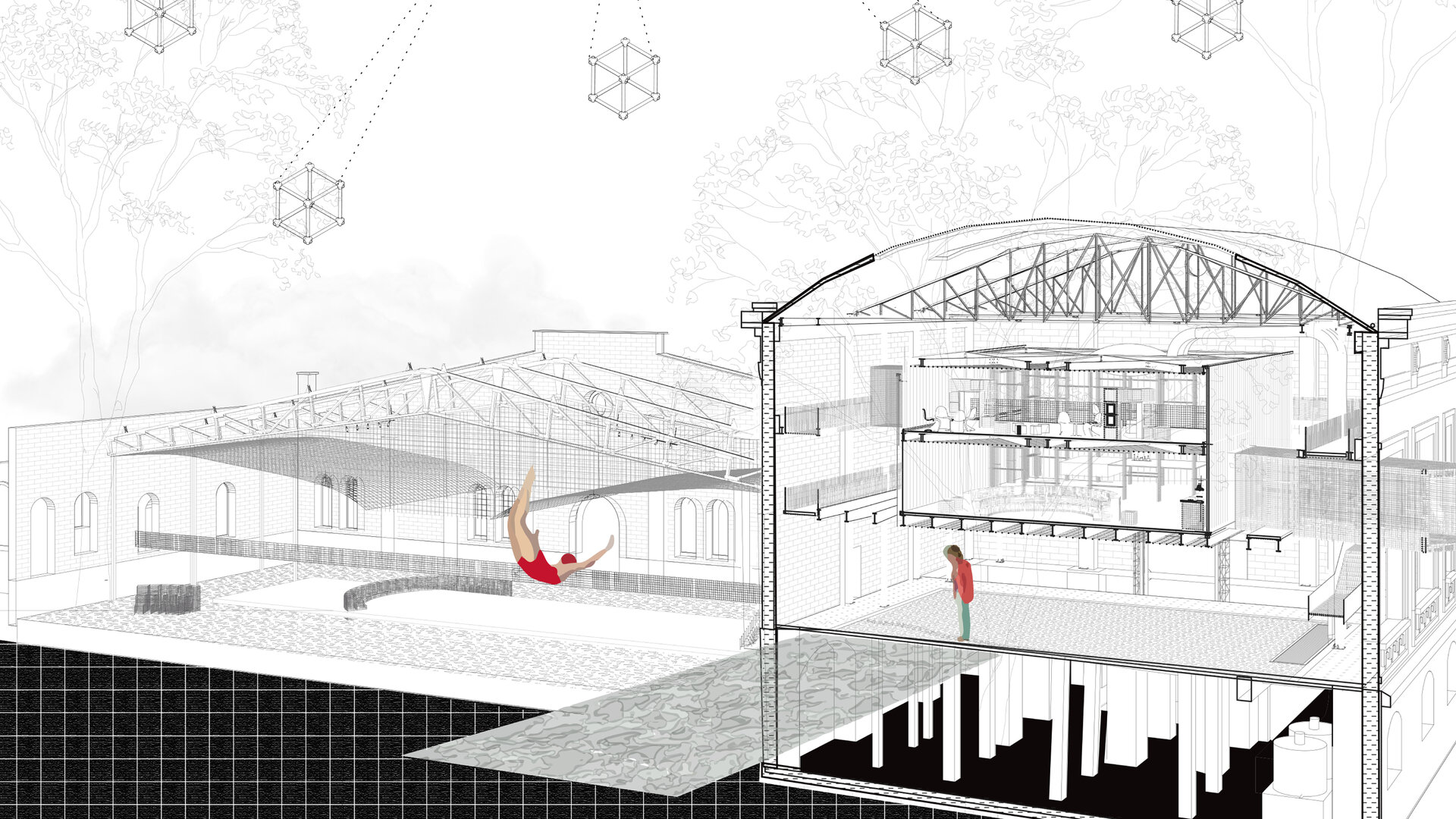 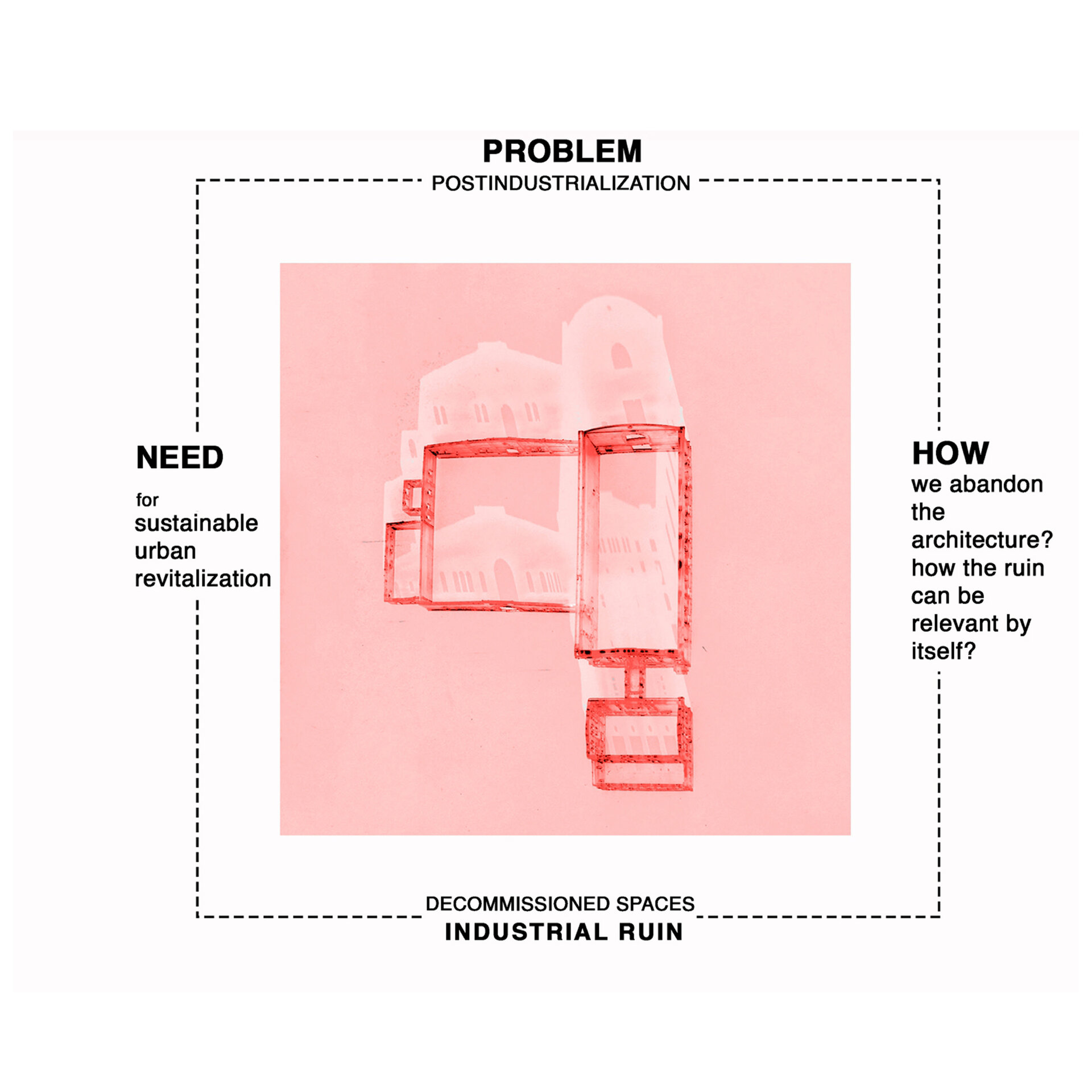 A ruin is on the verge between form and formlessness, as well as between inhabitable and uninhabitable. We want to identify how reporting on the theme of ruin can provide alternative tools for the integration of abandoned sites, with the aim of sustainable urban revitalization. With the post-industrialization, disused spaces appear, which leads to the appearance of industrial ruin. The project is focused on an abandoned power plant from Florești that is part of the post-industrialisation landscape in Romania. Built in 1922-23, it was commissioned by Steaua Electrică to generate electricity to power the oil refineries in the petroleum-rich area.
The potential for recovery is analyzed, options such as demolition or exacerbated interventions that may diminish the specific character of the ruin are excluded.
1. The ruin is not the final form of the building waiting for an intervention, but it is a stage of a continuous historical process, important in itself.
2. The project without a proposal to identify and increase the specific values of the ruin in a sustainable way. Working with ruin is about justifying the past, but not disregarding the possibilities of the present. It offers the future open scenarios, which involve memory, but also imagination.
The project is addressed to 21st century societies characterized by burnout, pandemic. It appears the need for an enclave built in a rural area, in which the ruin offers multisensory kinesthetic experiences. Analyzing the 3 bodies of the power plant, it is noticed that they have a different degree of ruination. A different intervention model is proposed for each.
In C1, the boiler house, only a few metal farms remained from the roof. Nature and architecture coexist. It proposes a function of summer theater, terrace, garden, pool, functions that best fit into the attitude of ruin (a transitional stage). The lack of a strong permanent intervention reduces the use of resources and eliminates the incompatibility of co-presence with the spontaneous natural environment.
C2. Although the windows are completely missing and the north façade is in an advanced state of degradation, the shell of the turbine room is in a good state of preservation. The existing space takes the function of restaurant/ cultural hub. The added volume functions as an "organism" that grows organically, along with the community. It is composed of 2 components - a fixed and a mobile one. The fixed part, a translucent cube, takes over the greenhouse function. In terms of materiality, glass - contrasts with the dematerialization of ruin. The mobile part is supported by a "skeleton" of metal pillars that follow the structural framework of the ruin and consists of added modules that meet the needs of the developing community. Following the principles of situationist philosophy, the emphasis is on people's reaction and freedom to create new possible ways to use the space.
Building in ruin is about building with absence. Paradoxically, ruin is positively privileged – the positive and the negative space changes roles - ruin is a pretext for the growth of the society that has developed into ruin, a result of it.
C3- Transformers room - the least ruined body, allows a type of intervention close to conversion and takes over the function of hotel and residence.
The project coexists with ruin and prevents oblivion, actively participates in the landscape, and the juxtaposition of paradoxes determines the complexity of the experience. 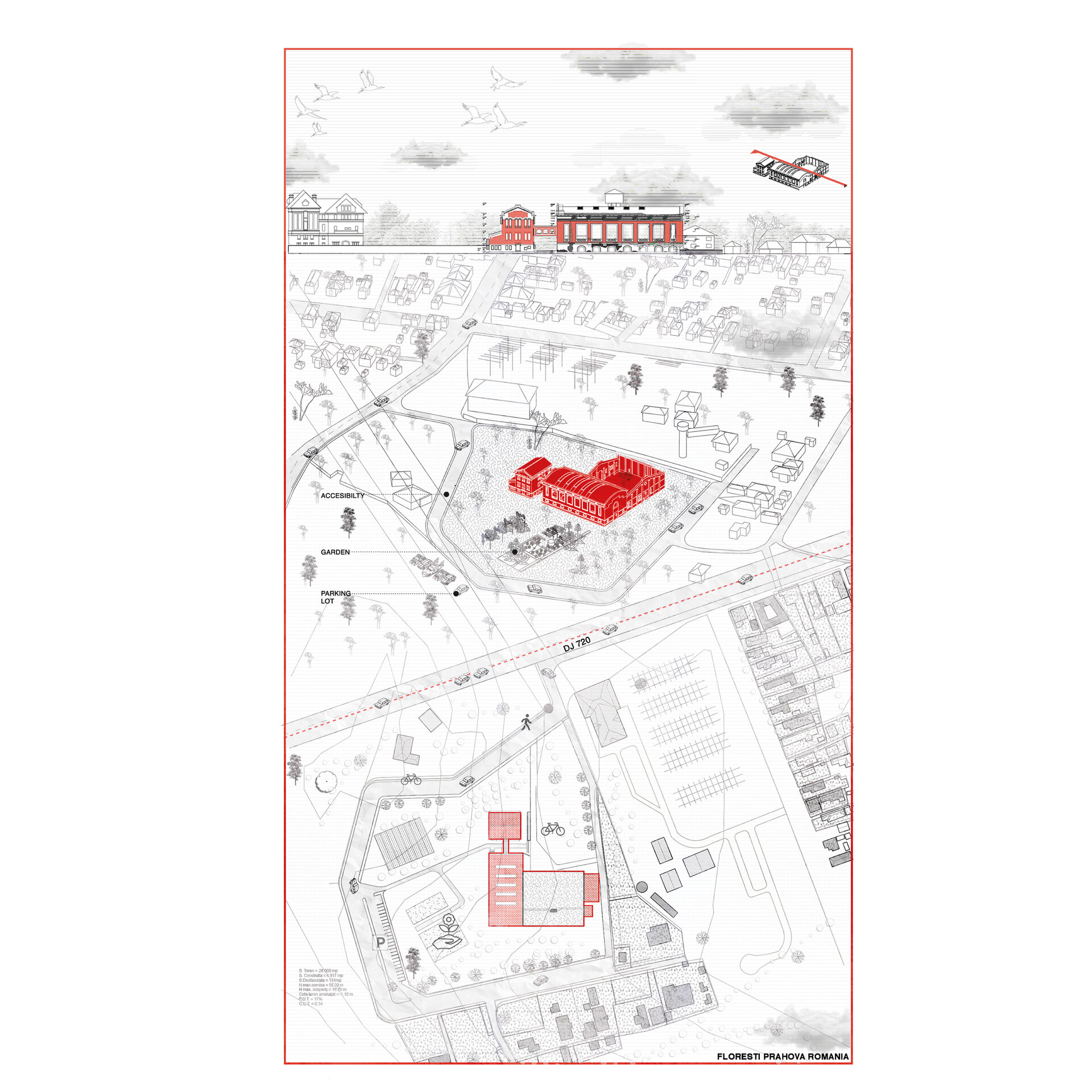 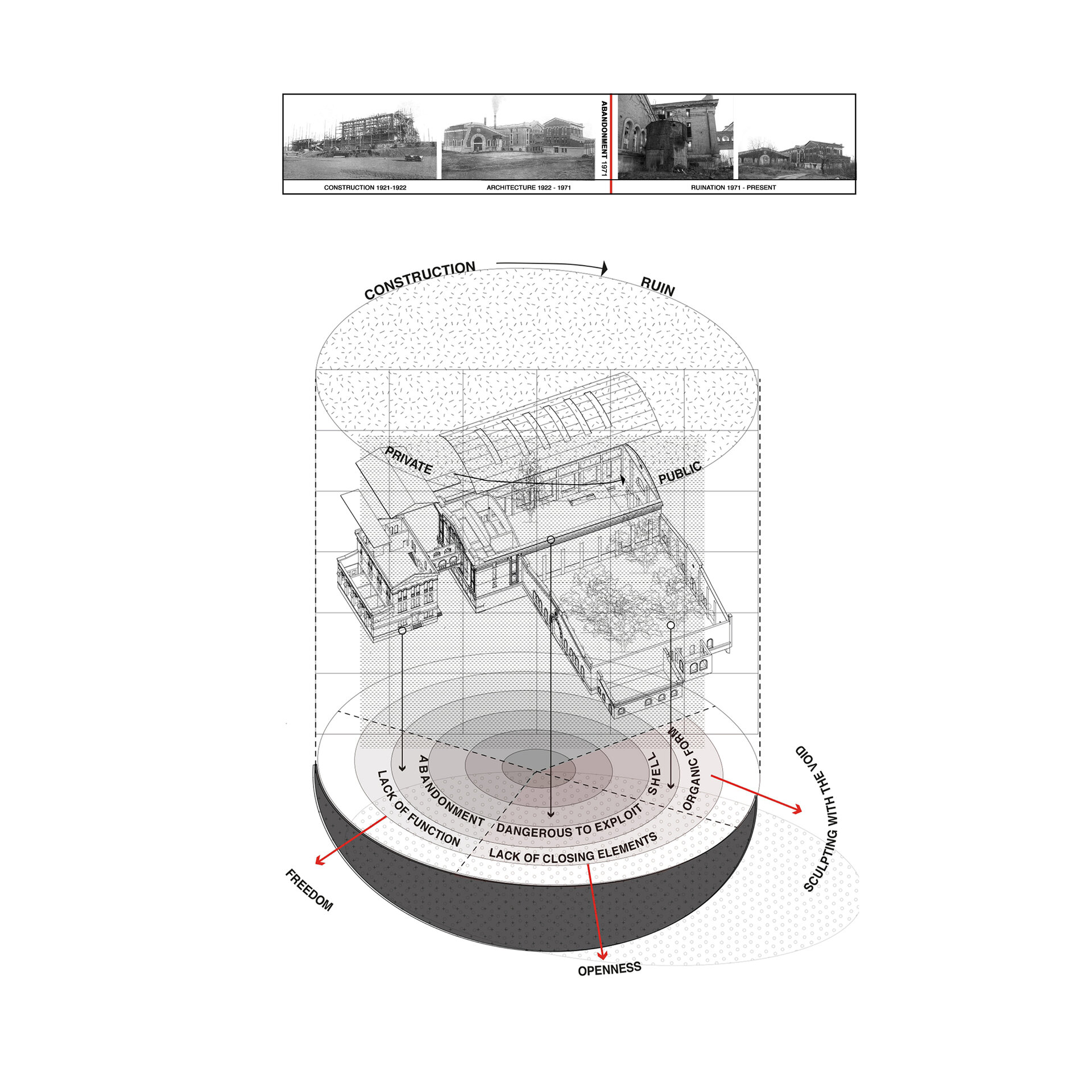 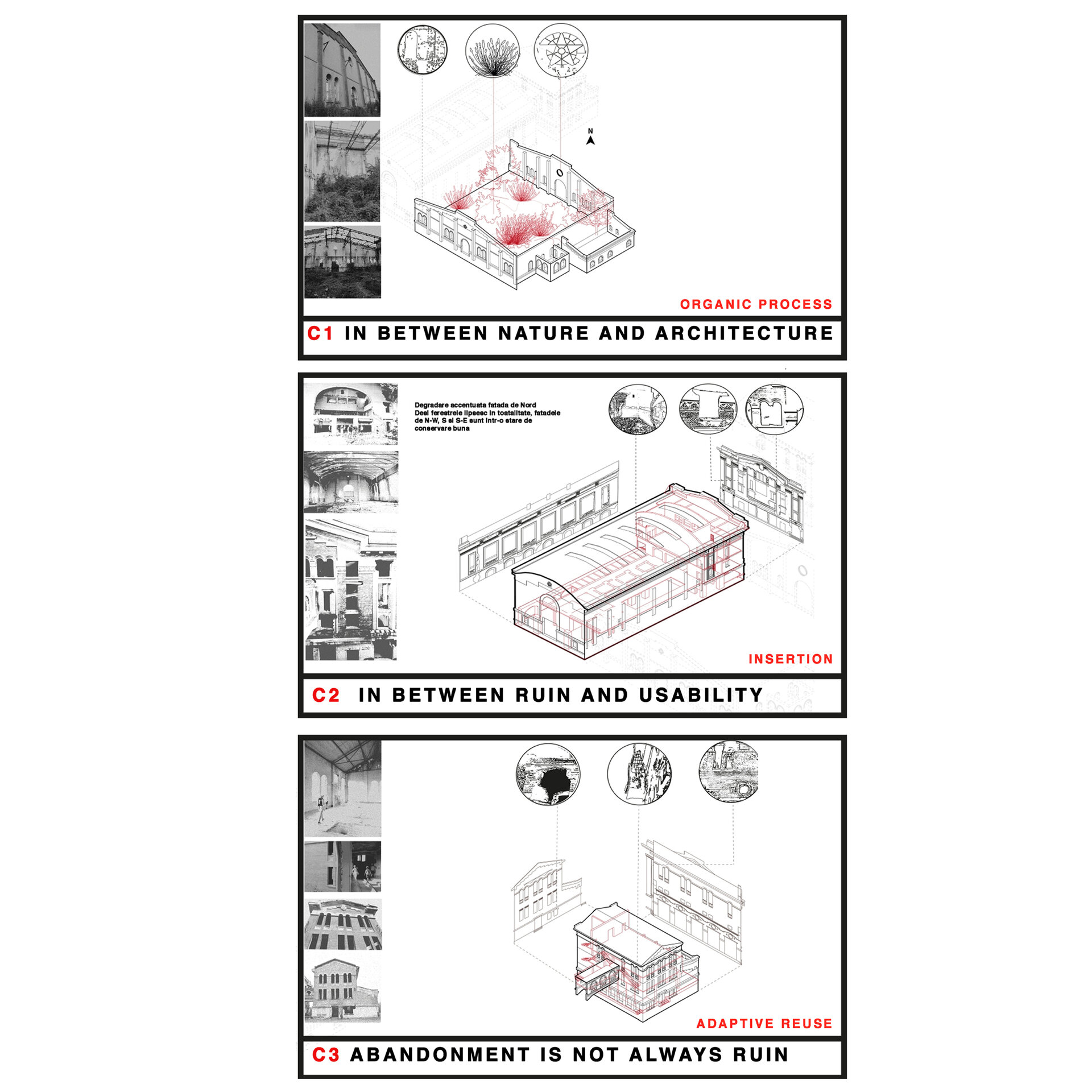 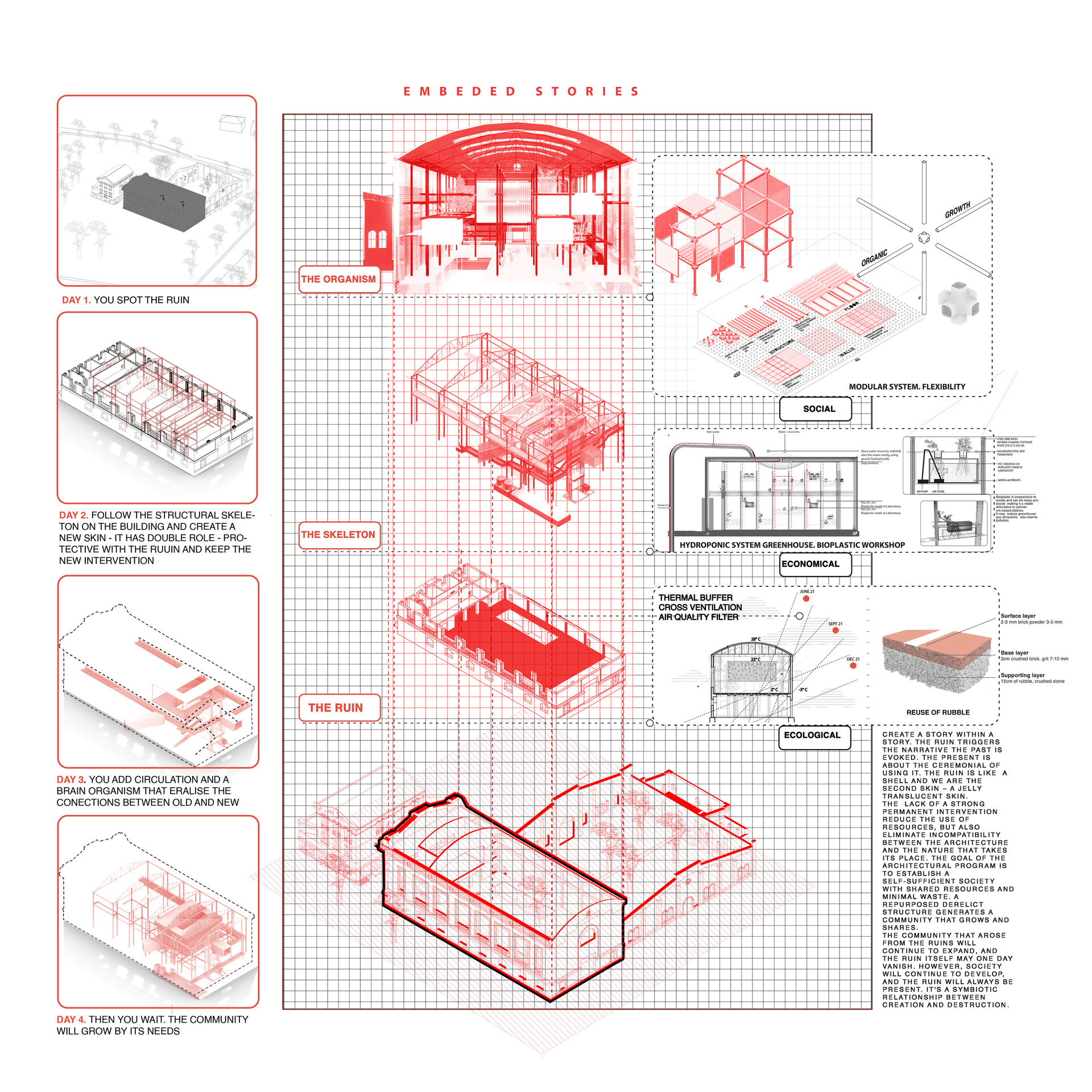 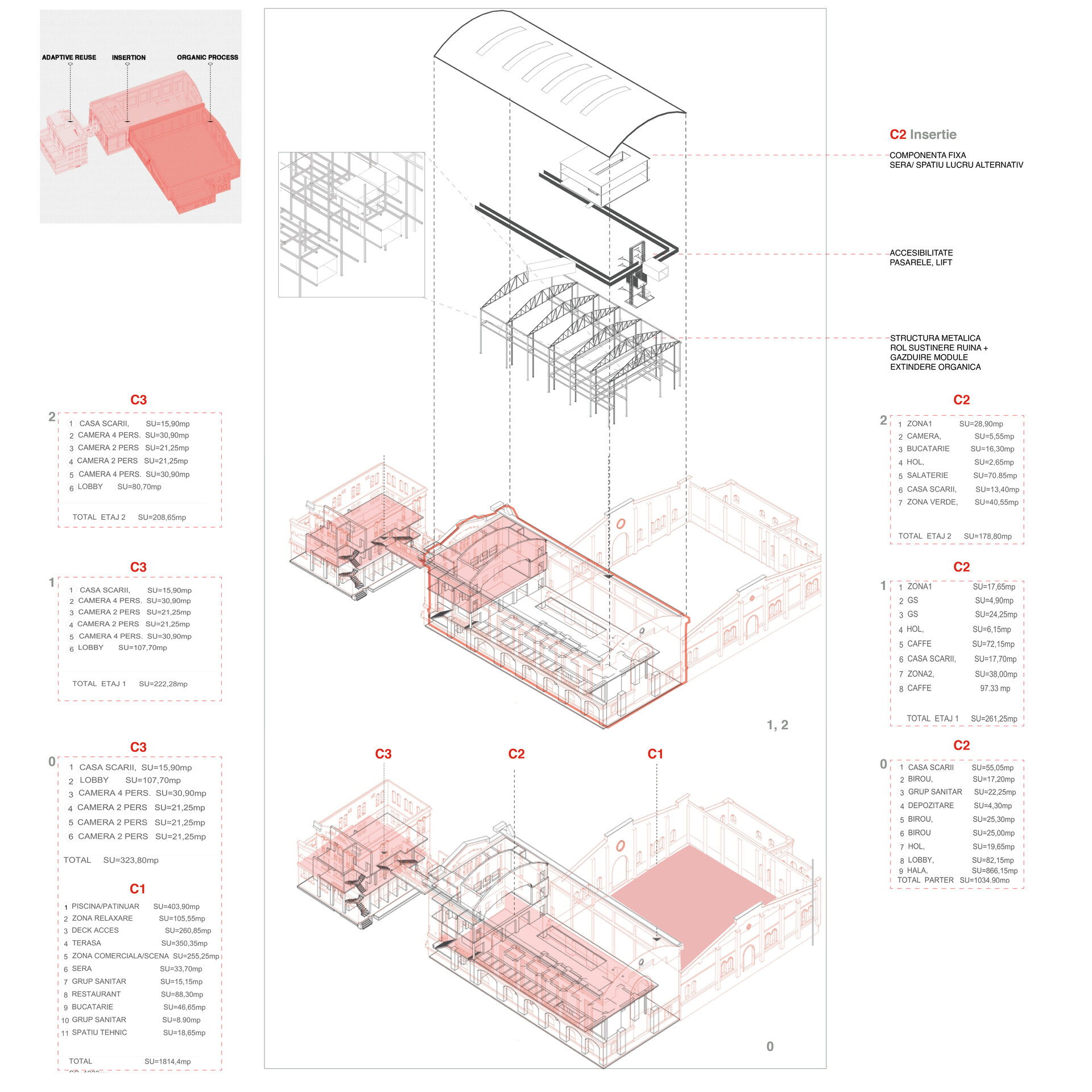 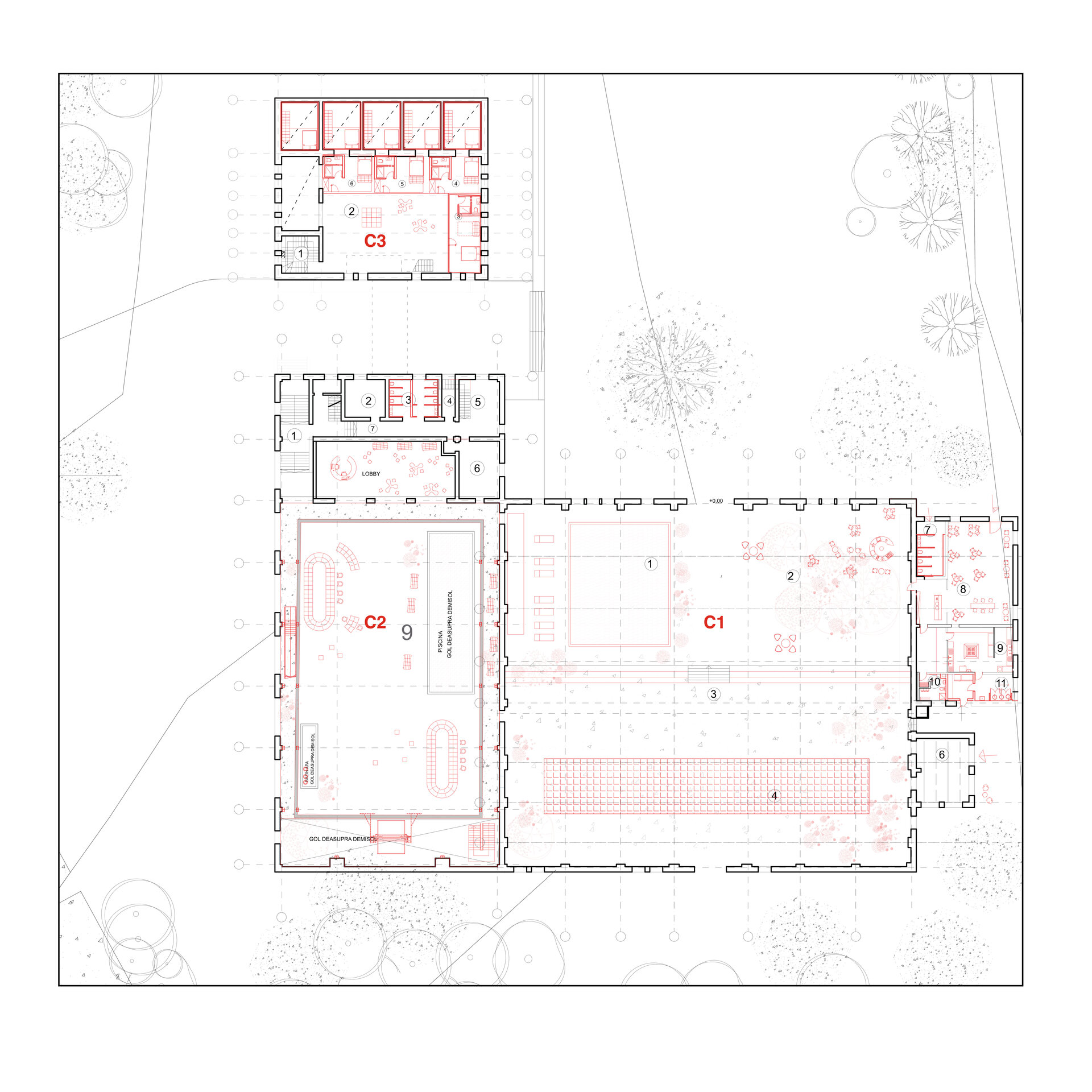 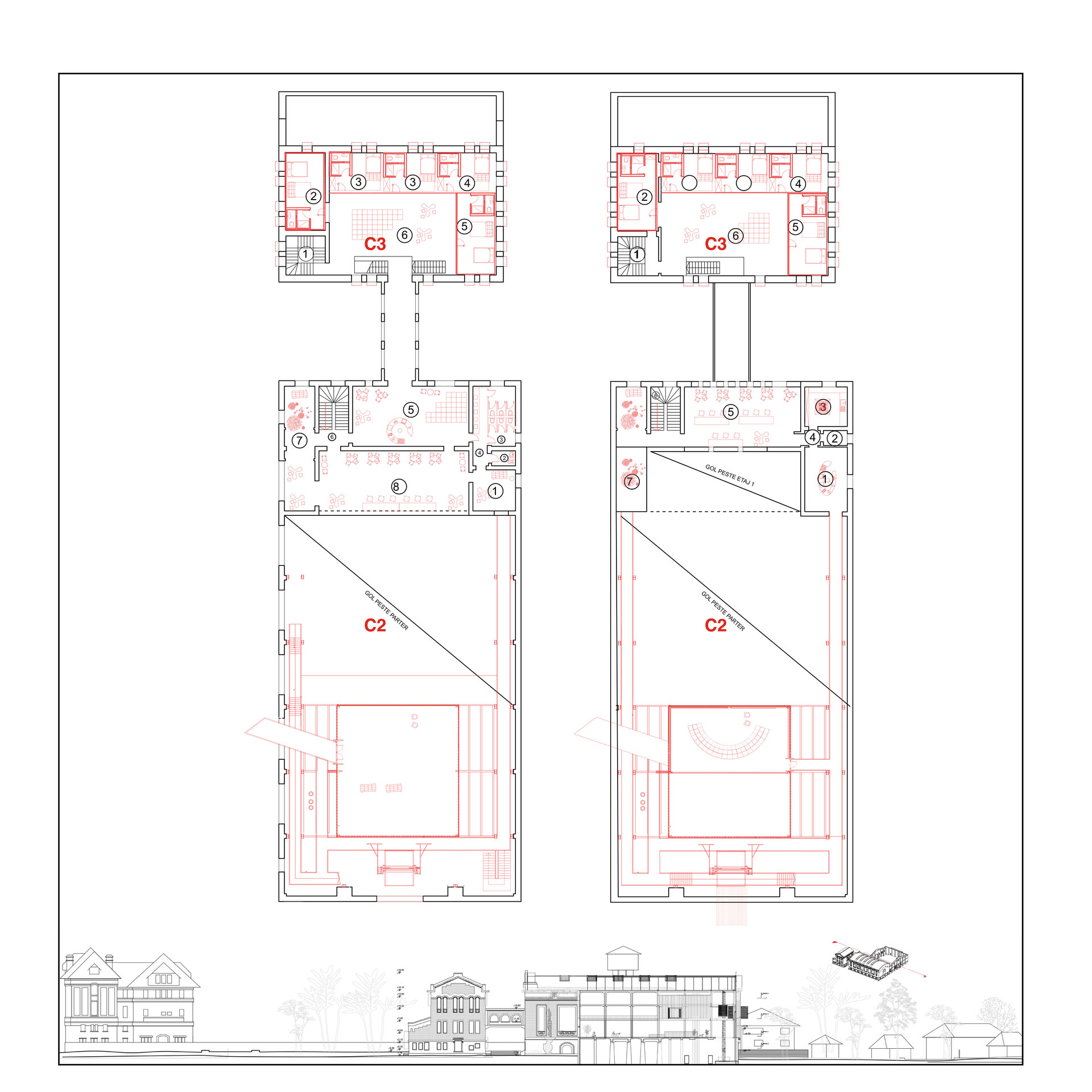 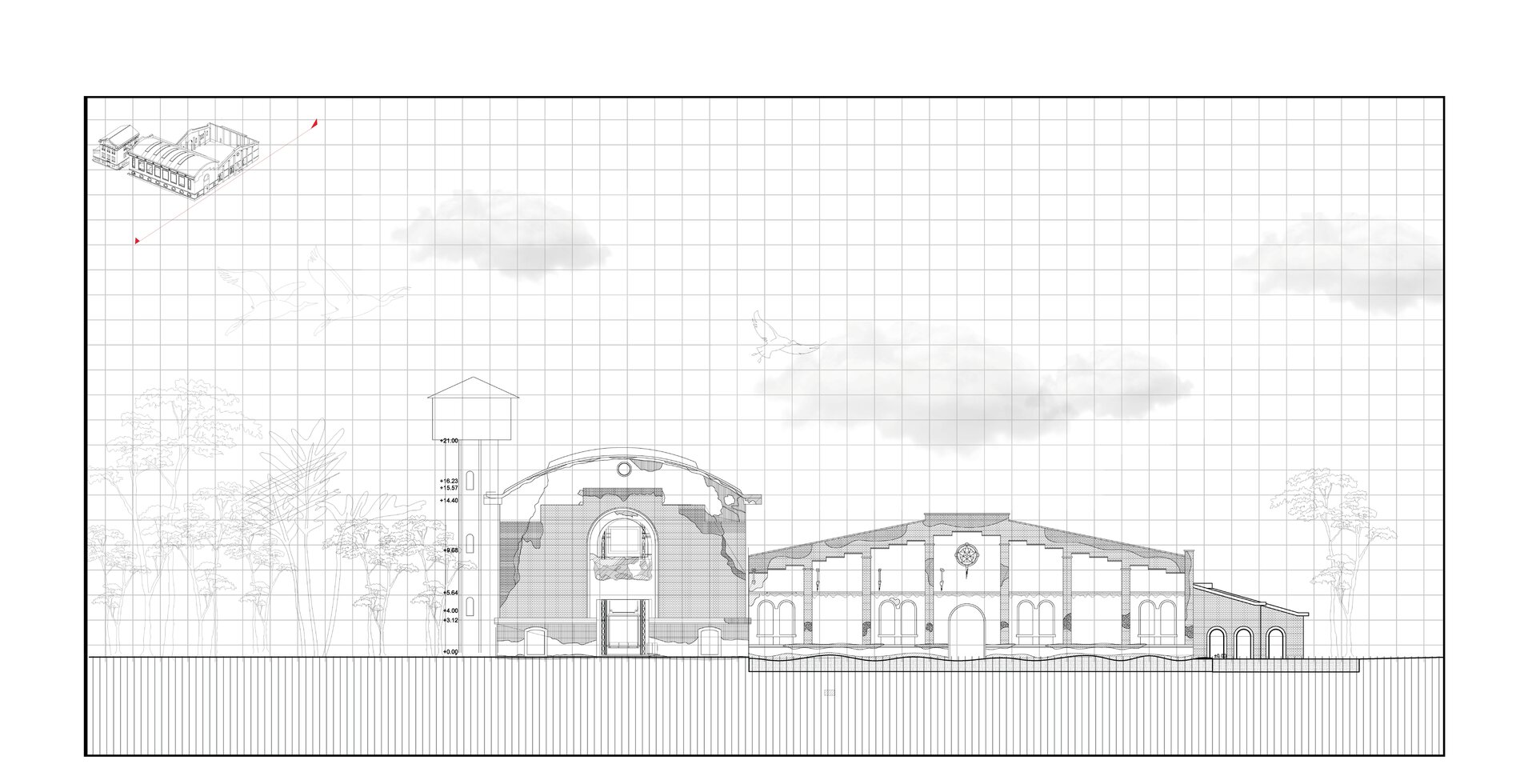 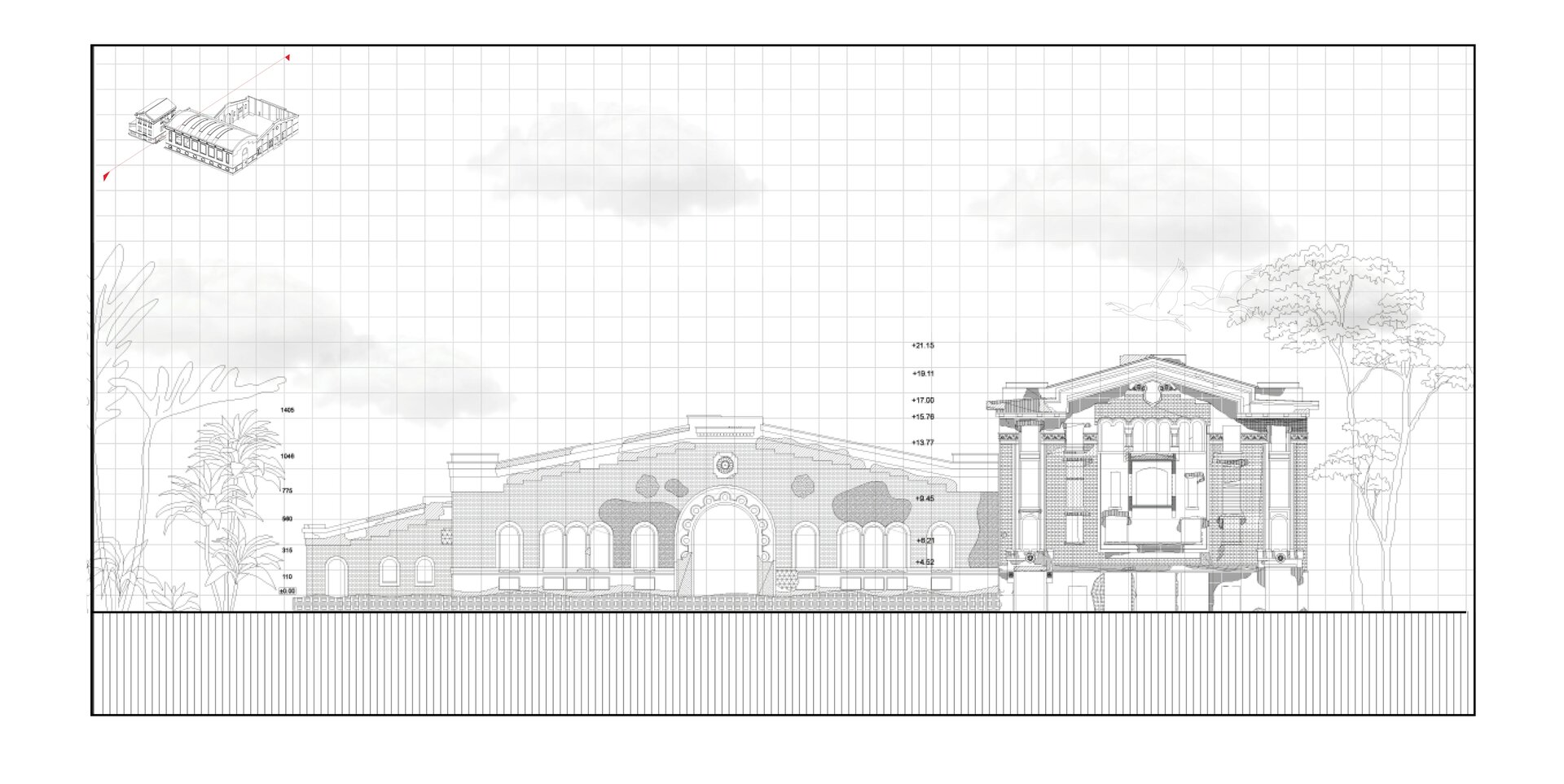 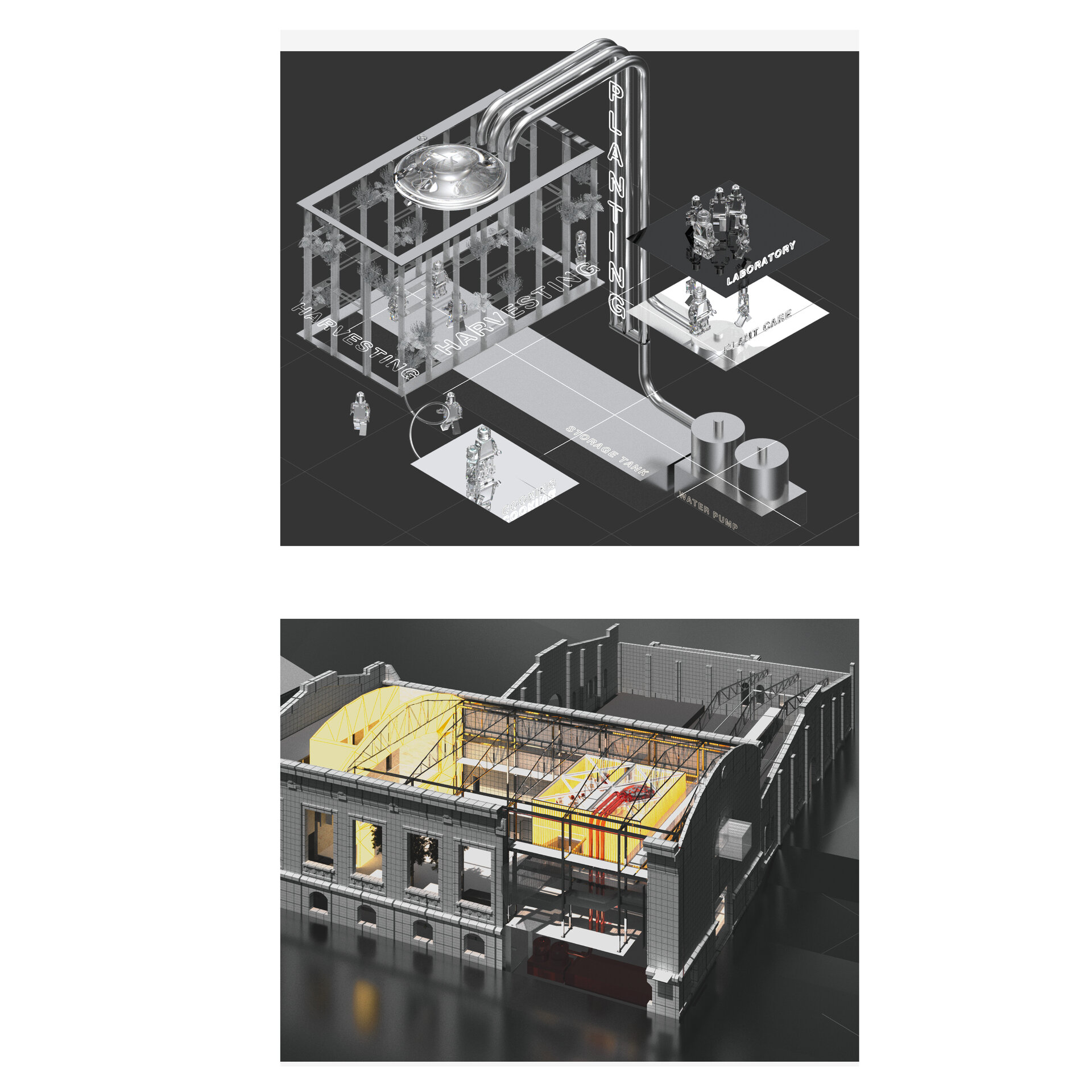 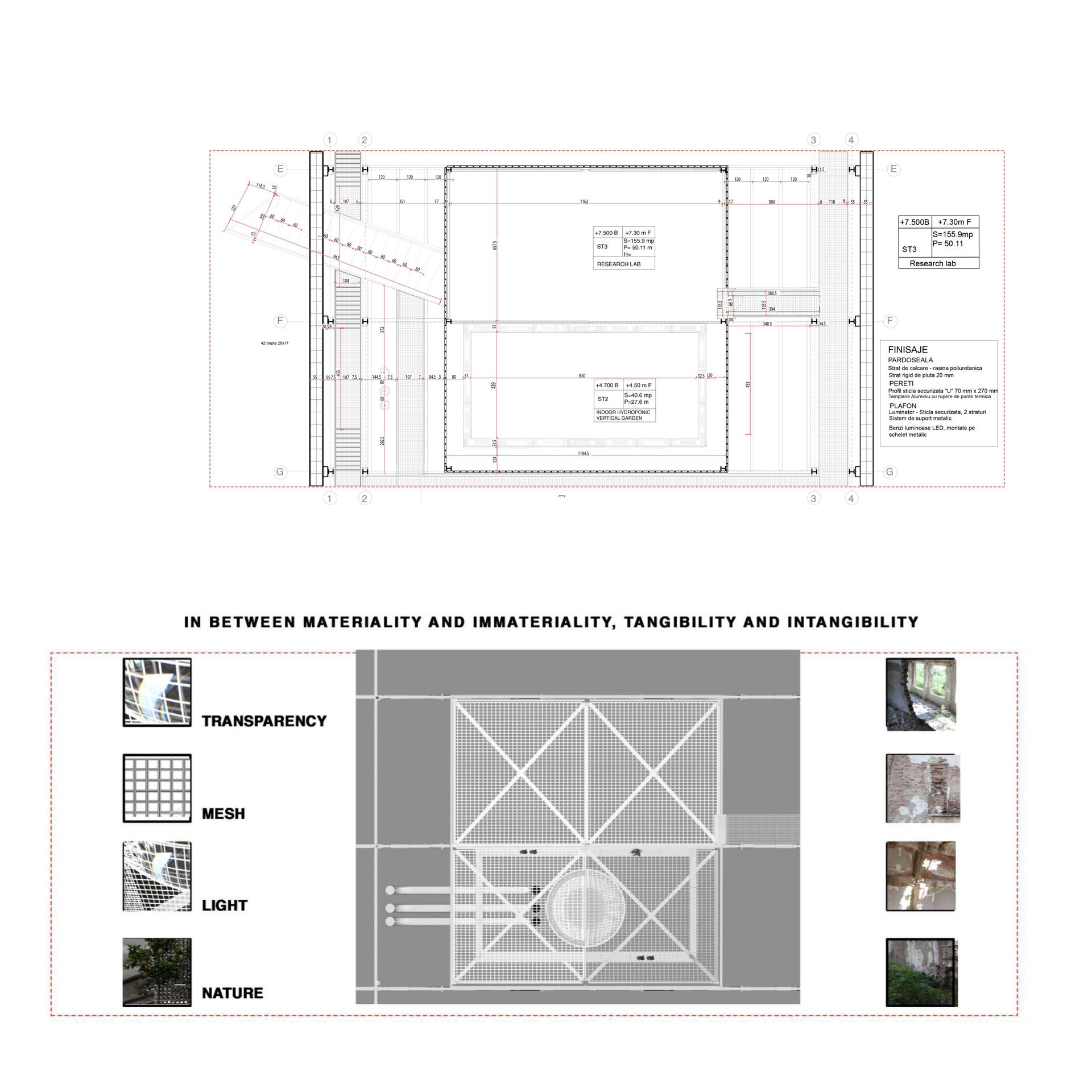 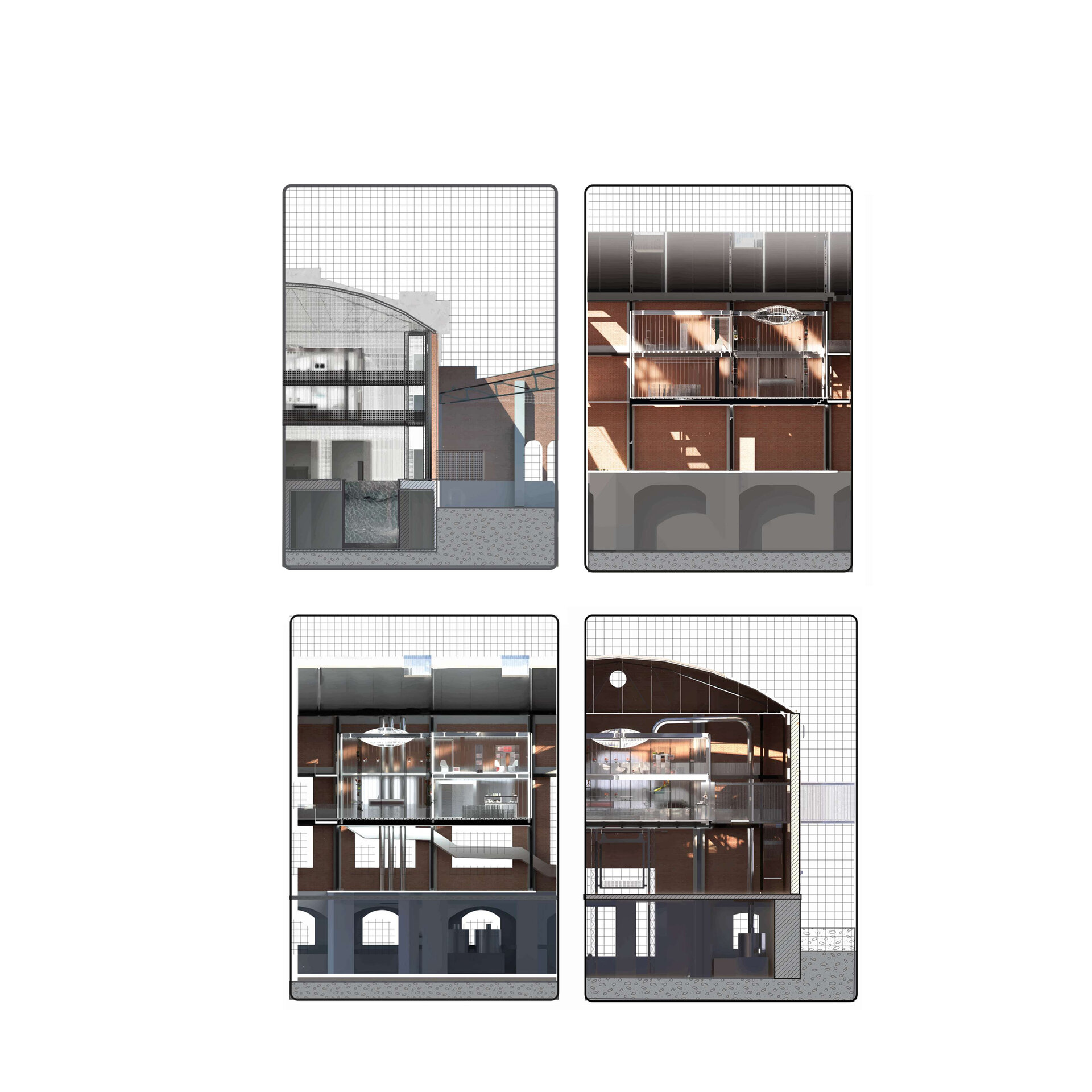 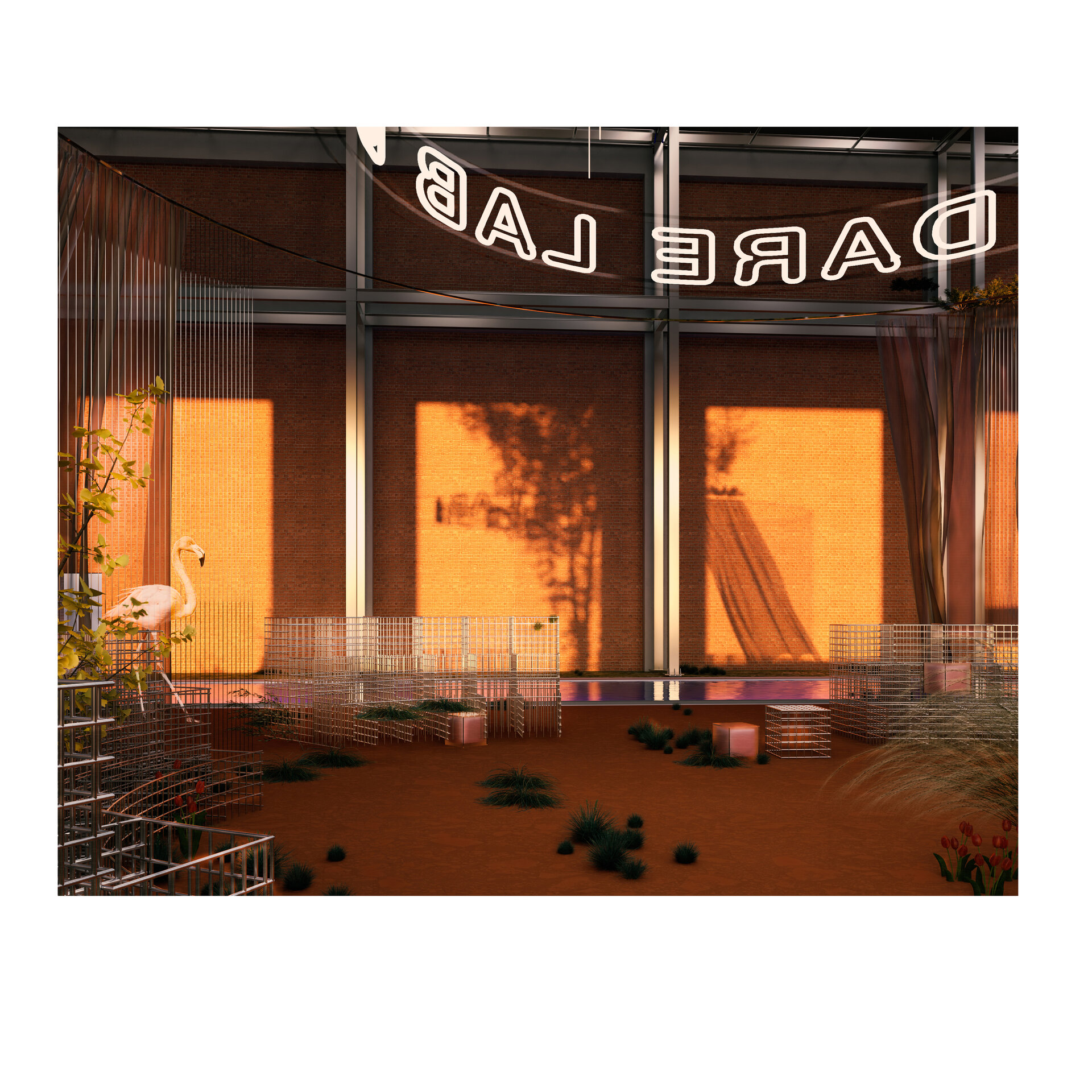 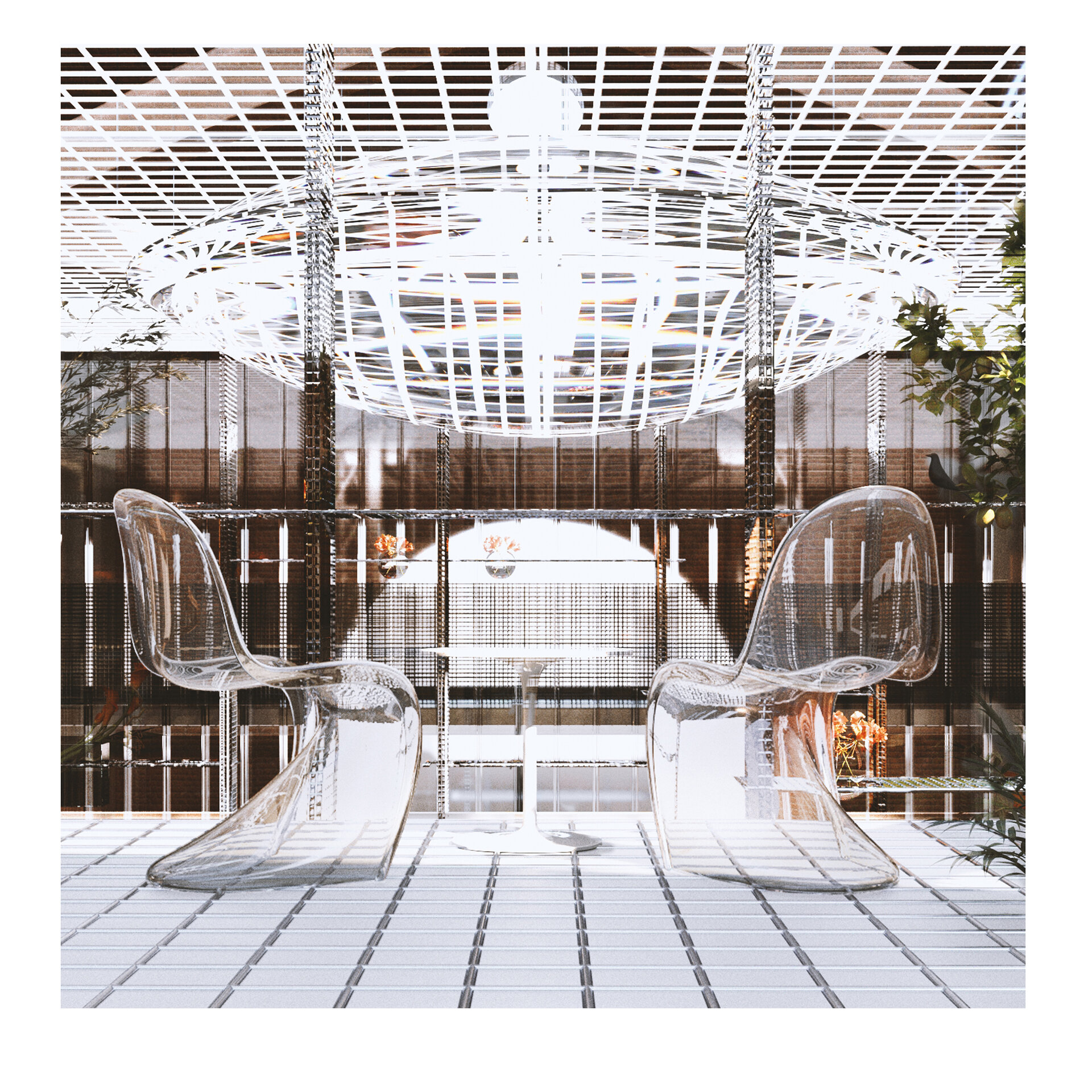 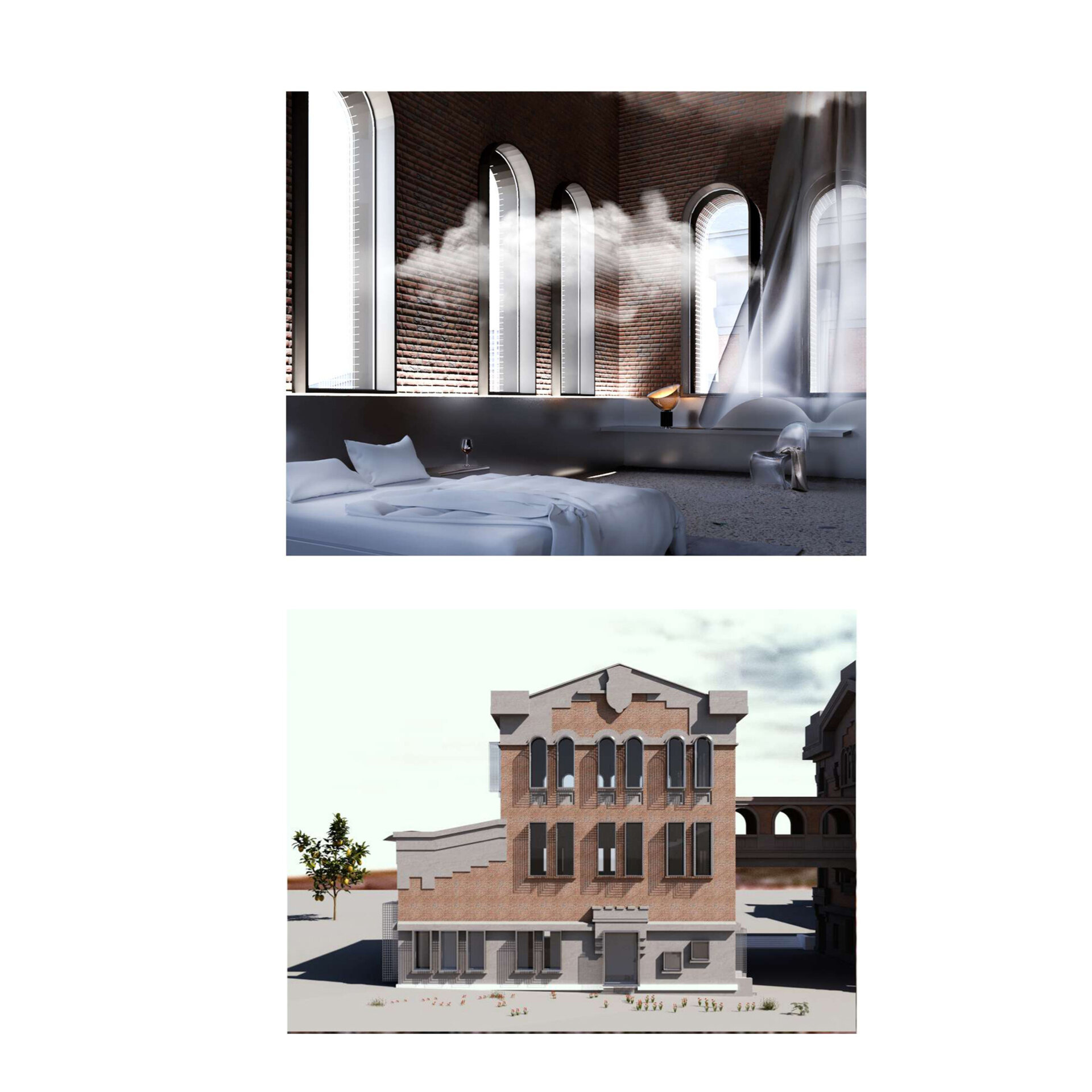 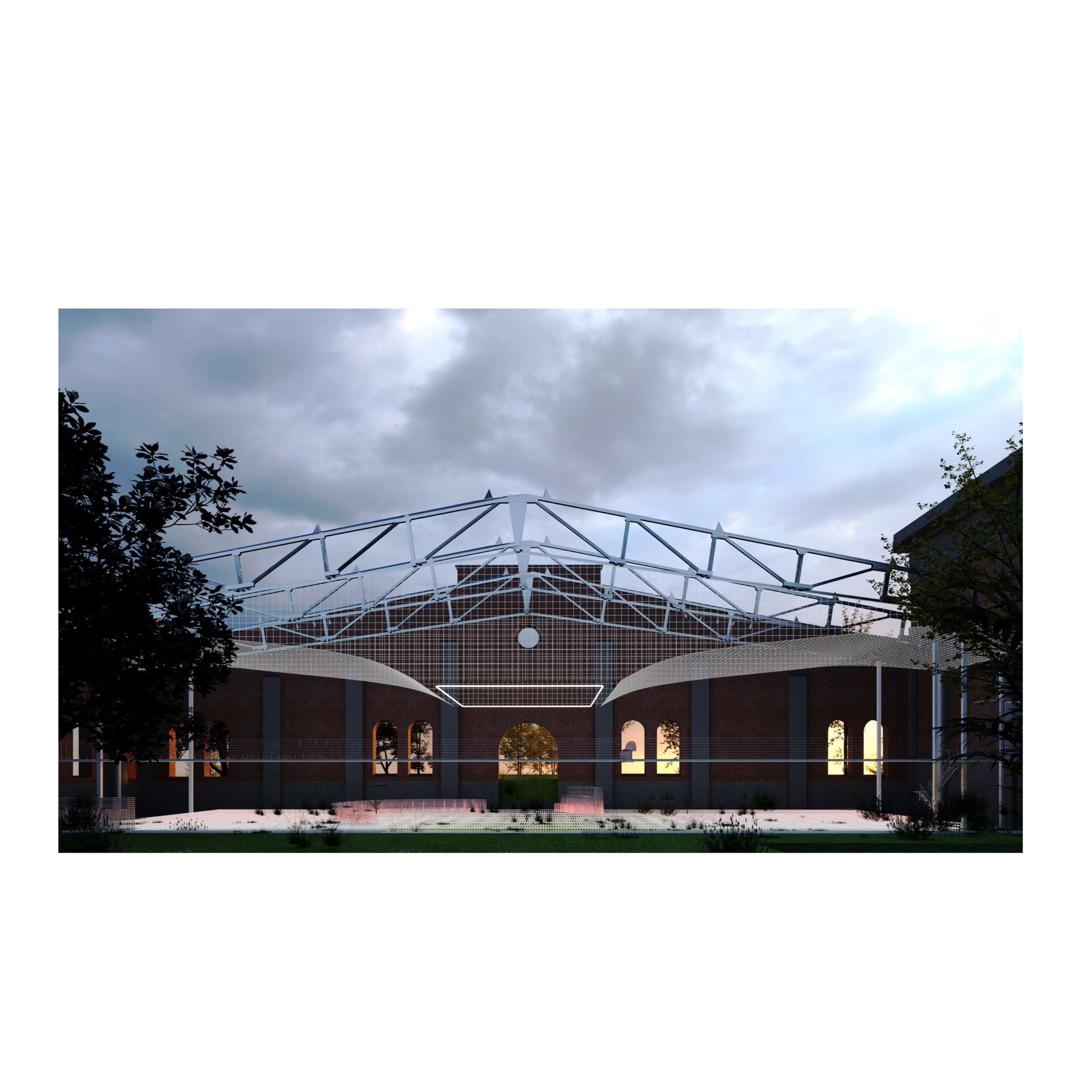 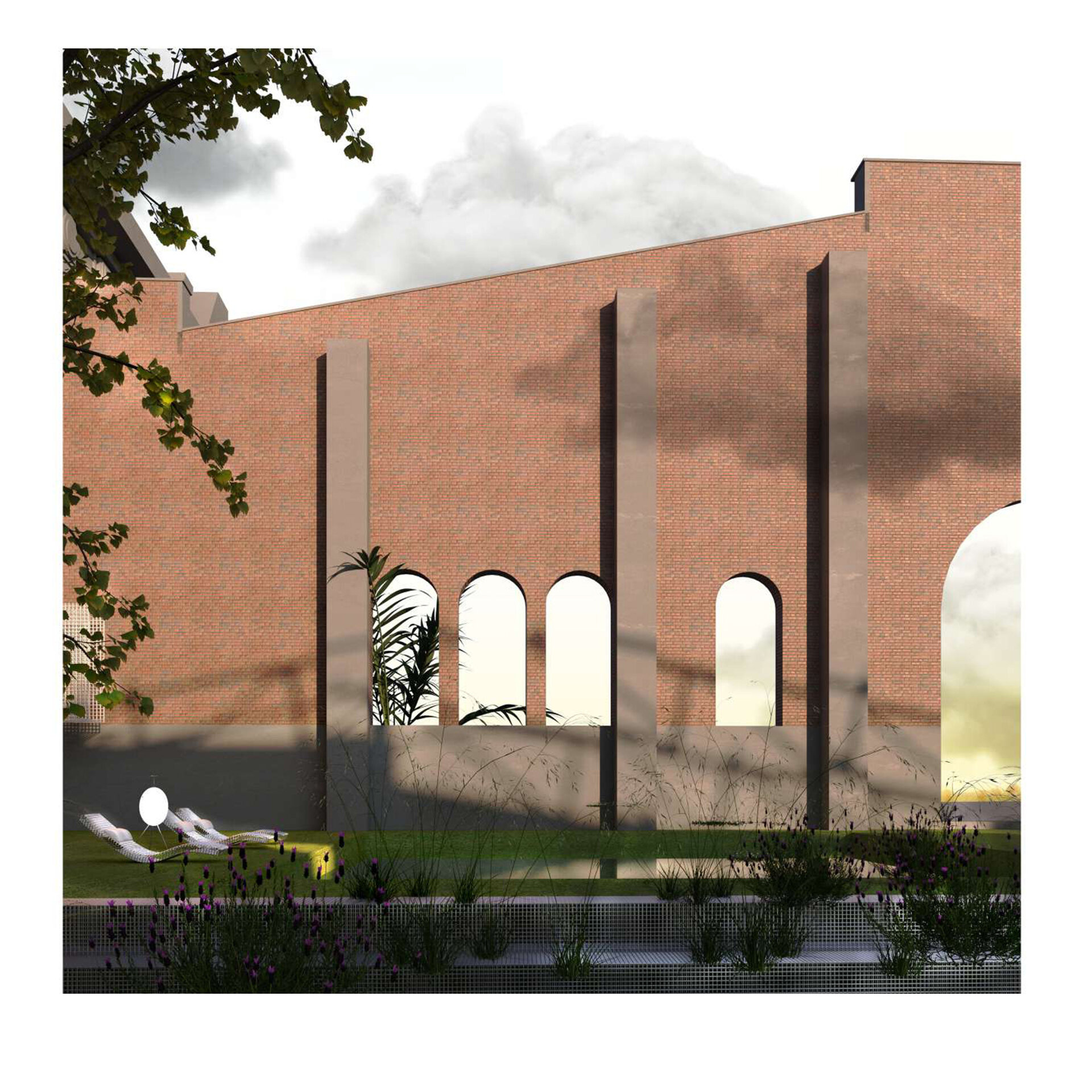 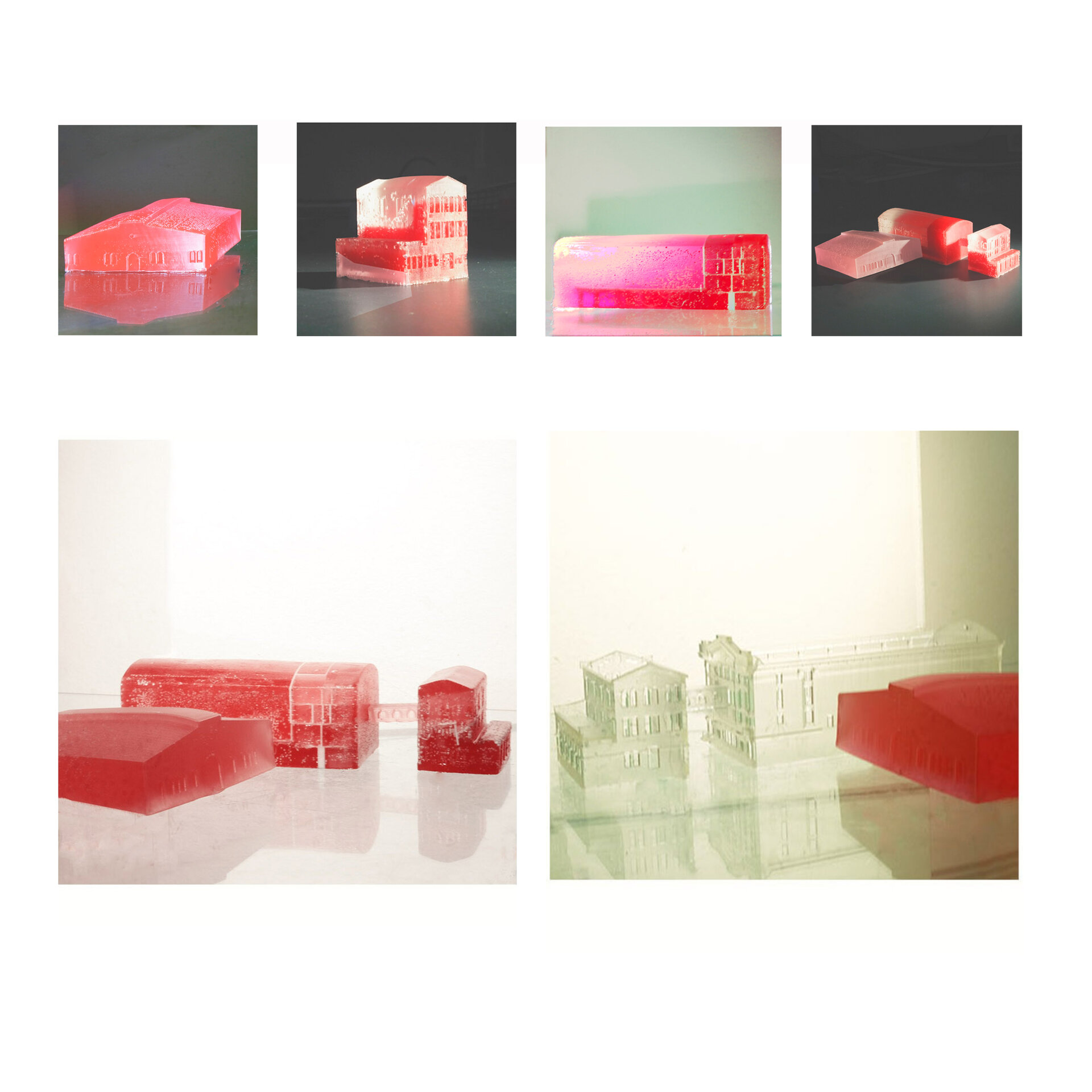