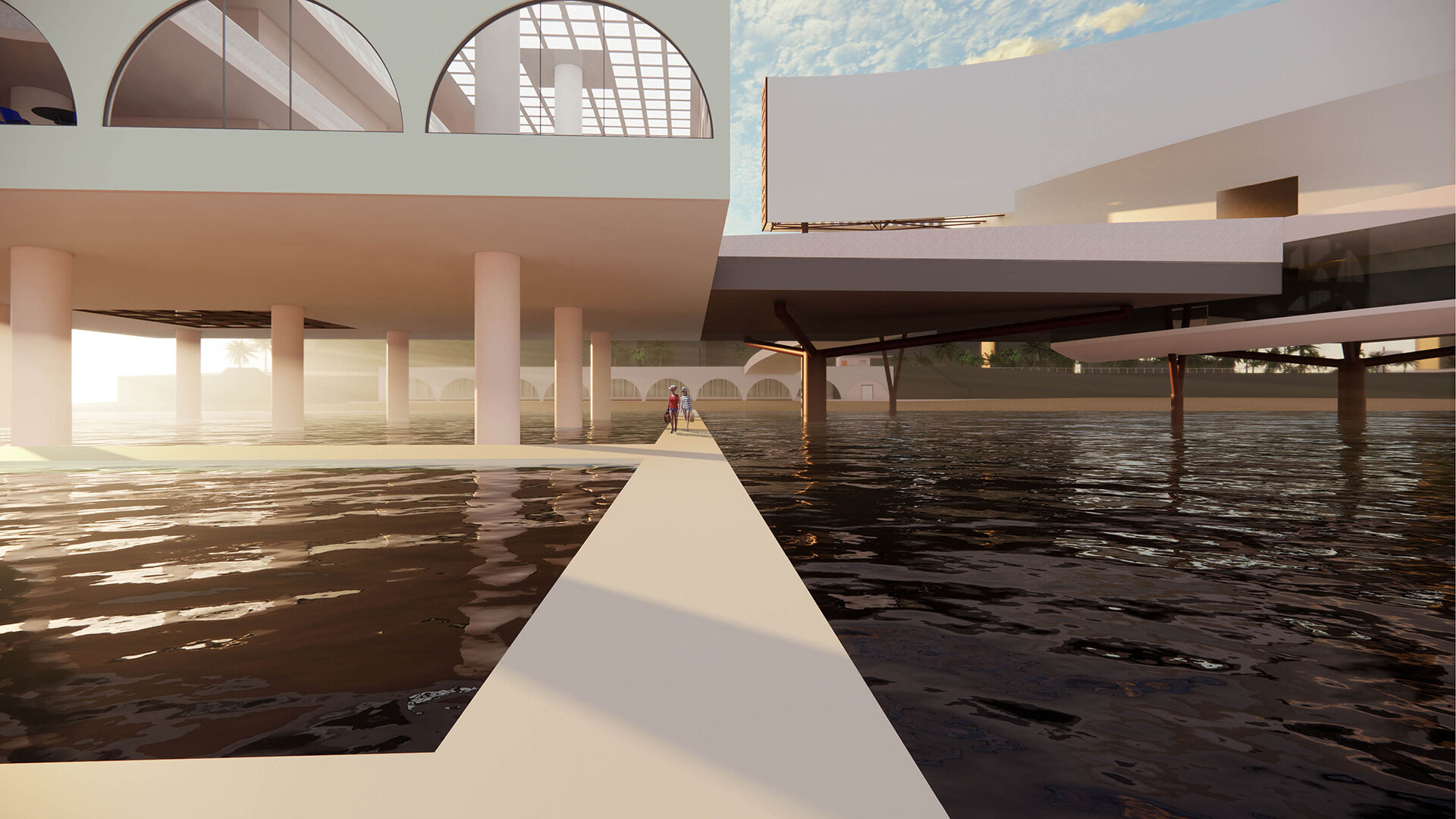 Floating Island: A scene of urban life and waterfront in Nice

The French Riviera or Cote d’Azur is a well know reference.
Mentioned from Antiquity, perhaps one of the most important and well-known cities of the French Riviera is Nice. The port-city is found in Angel’s Bay along the coast and is a waterfront landmark. It’s Promenade des Anglais – has historical landmark buildings – harmonious and functional architecture, accompanied by lush and exotic vegetation and a controlled urban layout.
Why Nice and floating island?
The Floating island concept is a frequently used one, from biblical writings, where Noah’s Ark becomes the stage for the mythical flood and salvation after it. Being present in Jules Verne’s literature, Le Corbusier’s theories, Rem Koolhass’s projects, but especially in painting, we can define this as a metaphor of a socio-dynamic instrument which through its complexity exceeds its limitations and becomes stage for world exploration, a rescue movement which joins the other islands.
In today’s world, where coastline cities are subject to climate change, the risks bring into question a shift of paradigm in city planning.
These should become urban devices which can function based on defined social, economic, political and glocal values. An urban development based on ecology, technology and modern principles of urban aesthetic which help build a strategic plan when faced with themes like pollution, high urbanization and natural hazards.
Planning a floating island - an architectural concept widely known, tries to provide an answer to the new structure of Nice – a socio-economic accelerant which brings the sustainability concept as a proactive measure for city densification, hazardous scenarios, rescue operations after environmental and natural disasters and the importance of the waterfront.
Starting with the specific characteristics of Nice – like its geographic position, the inherited urban culture together with the necessity to rethink and establish a new tourism strategy of the city, proposing and attractor to function as social environment can bring to an evolution of the city.
Having as foundation elements the shore and sea symbiosis, the sea itself, the tourism, the social spectacle of Nice’s urban life, the bioclimatic risks, and, of course, the transition of the architecture object as exhibit to being interpreted as a saving factor in a prospective scenario, the Floating Island has the ability to interfere and to act as an extension of the urban perimeter.
Floating Island will be a reinterpretation of AGORA for Nice: a foray into the universe of local history, a setting for the city life as well as artistic inserts. Starting from the art of the promenade and the local glamour, the architectural proposal will include an assembly of 6 distinct constructions as an extension of the development of the Paillon urban park and as a support for the French spirit.
Nice’s new strategy for the 21st century could rely on development based on the bioclimatic, economic, cultural and social status of the city. Moving from an aristocratic resort to a one targeting all kind of tourists, Nice needs a new versatile voice to face the tourist and entertainment requirements of a post-industrial society- model for a modern tourist EDEN. 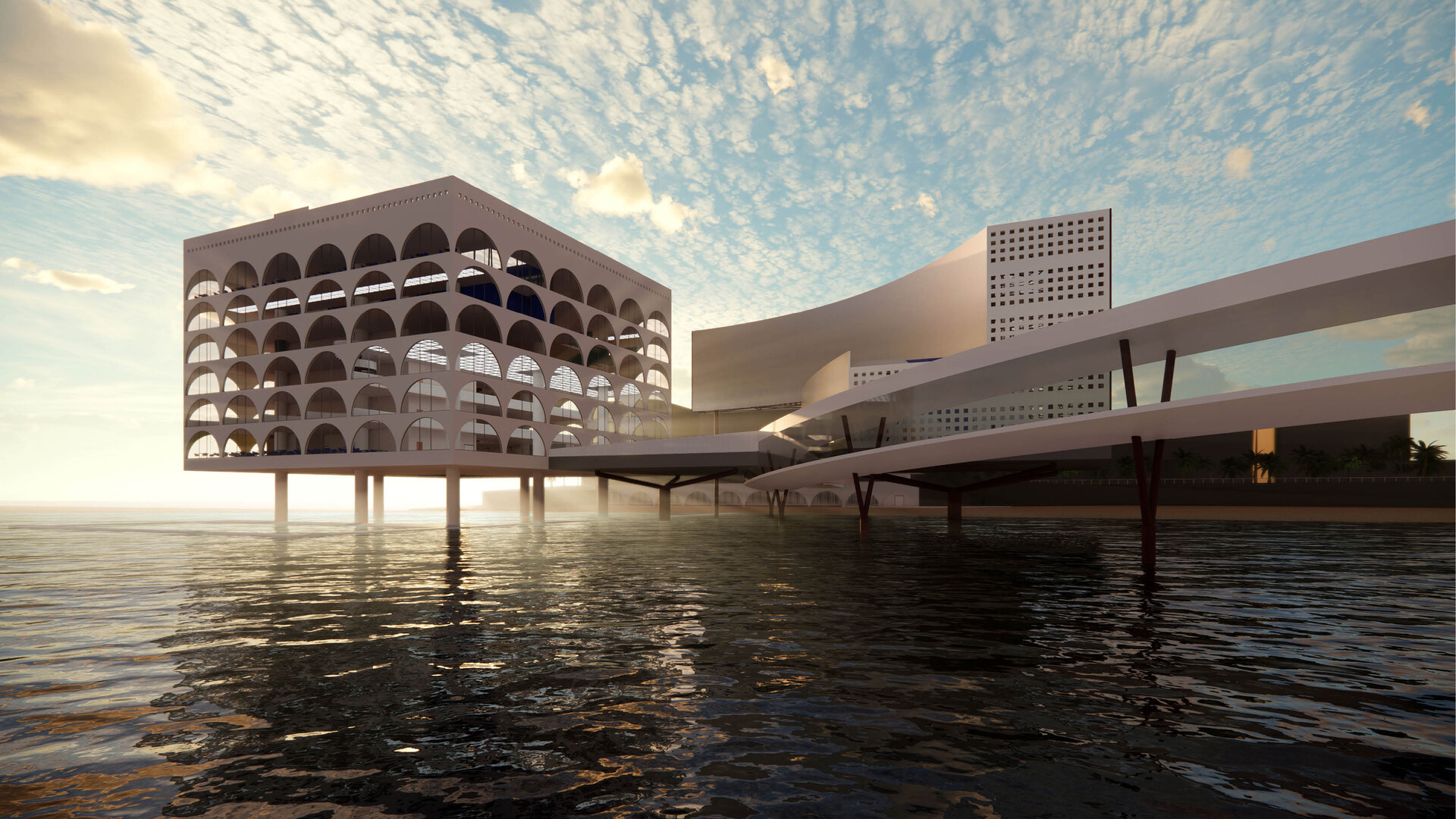 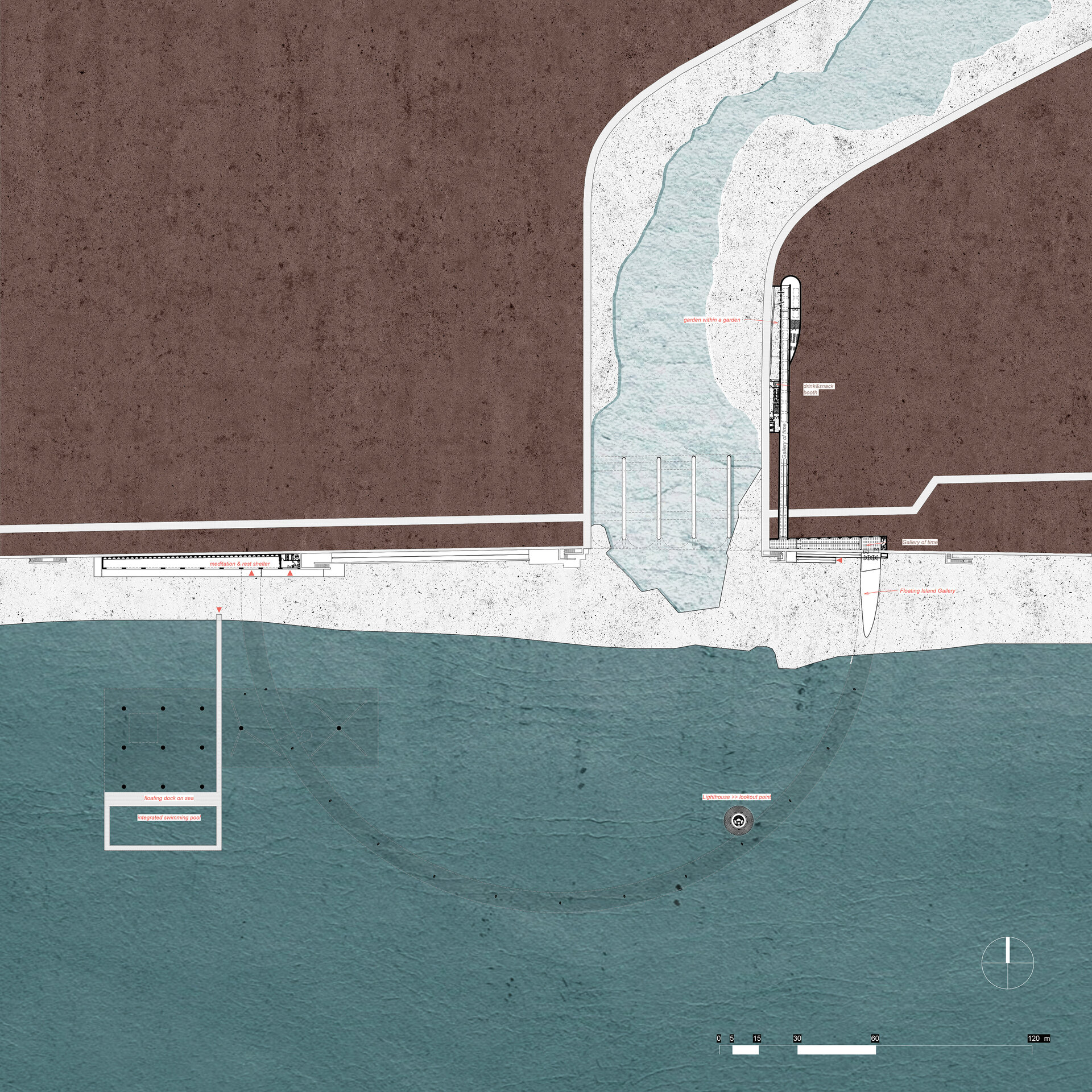 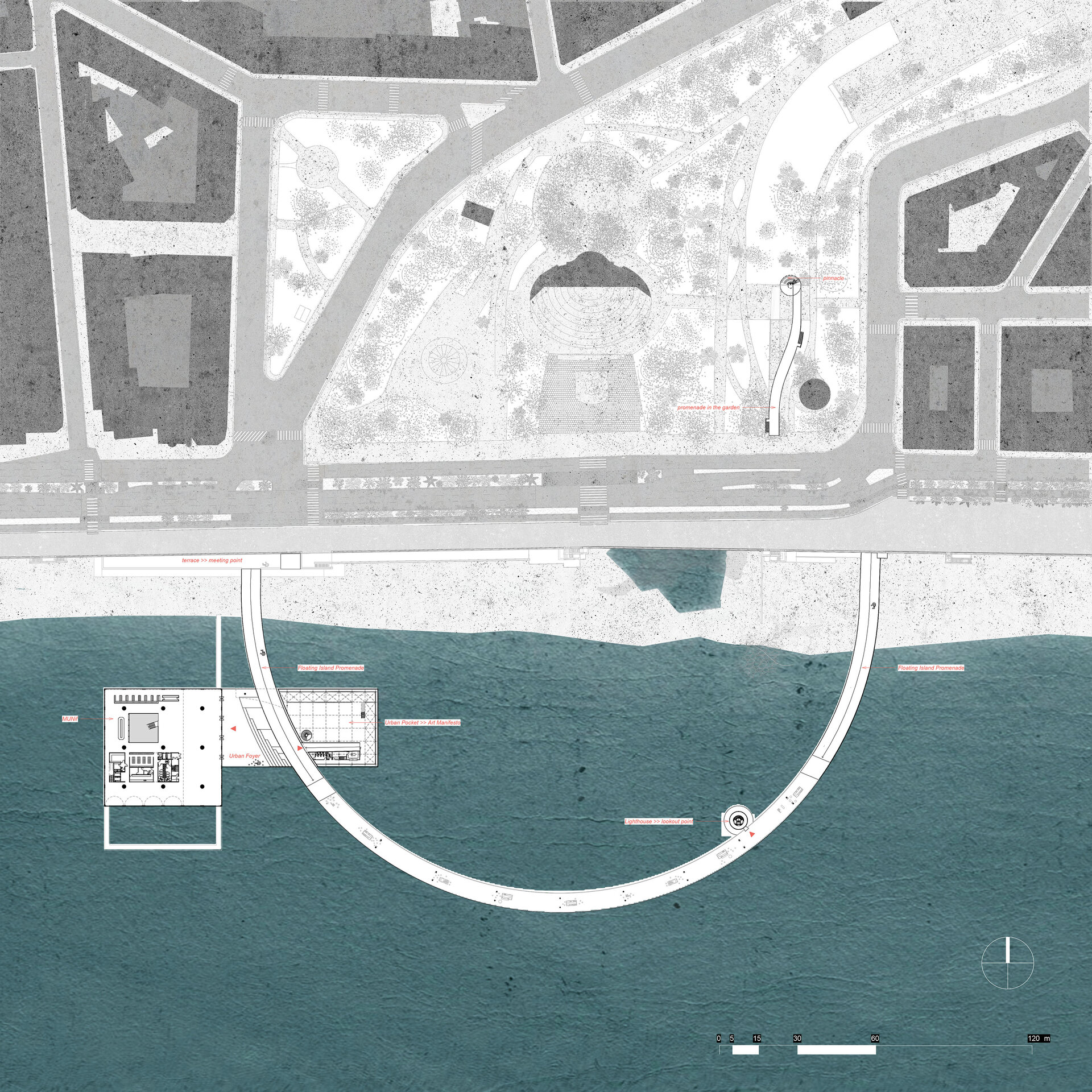 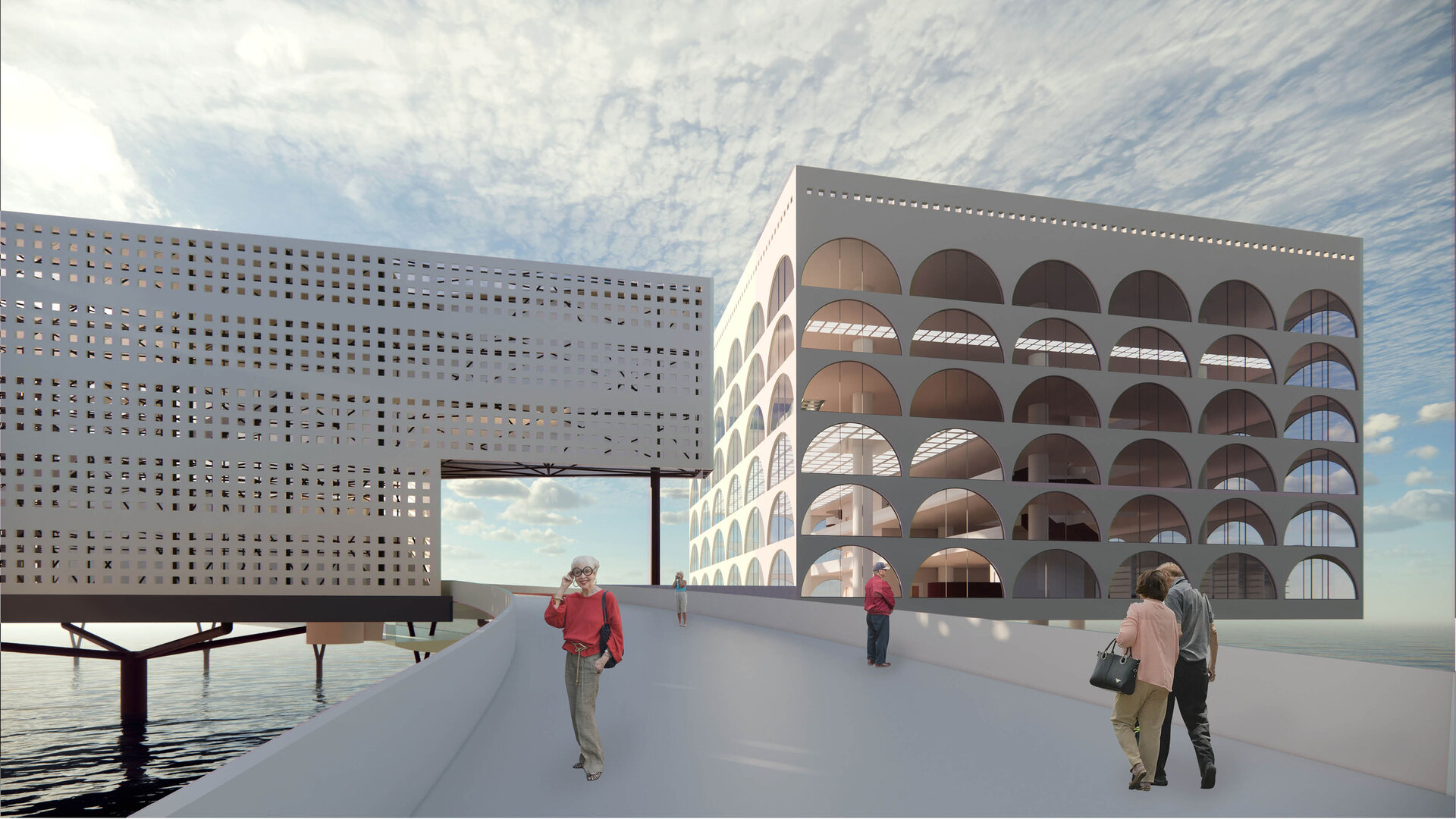 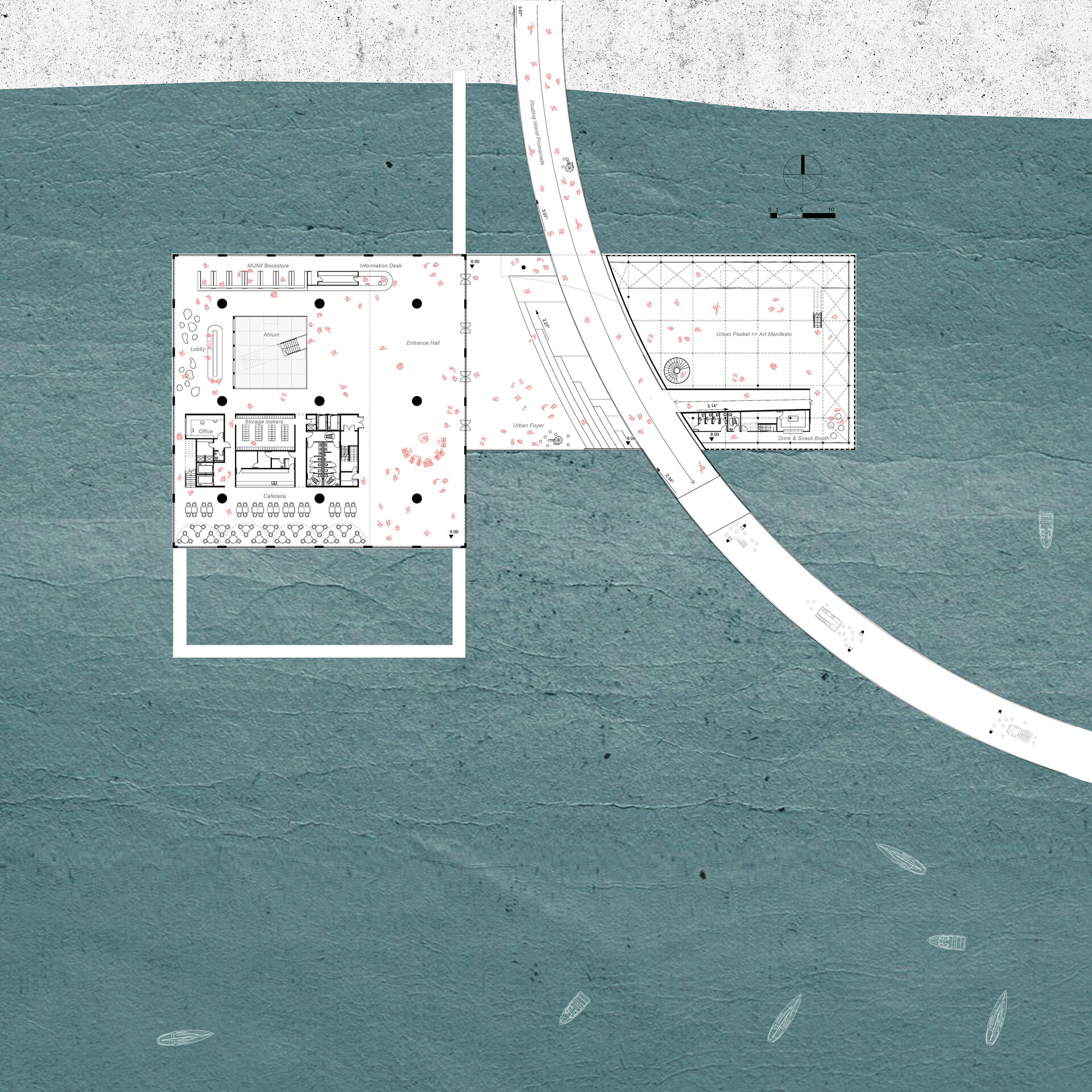 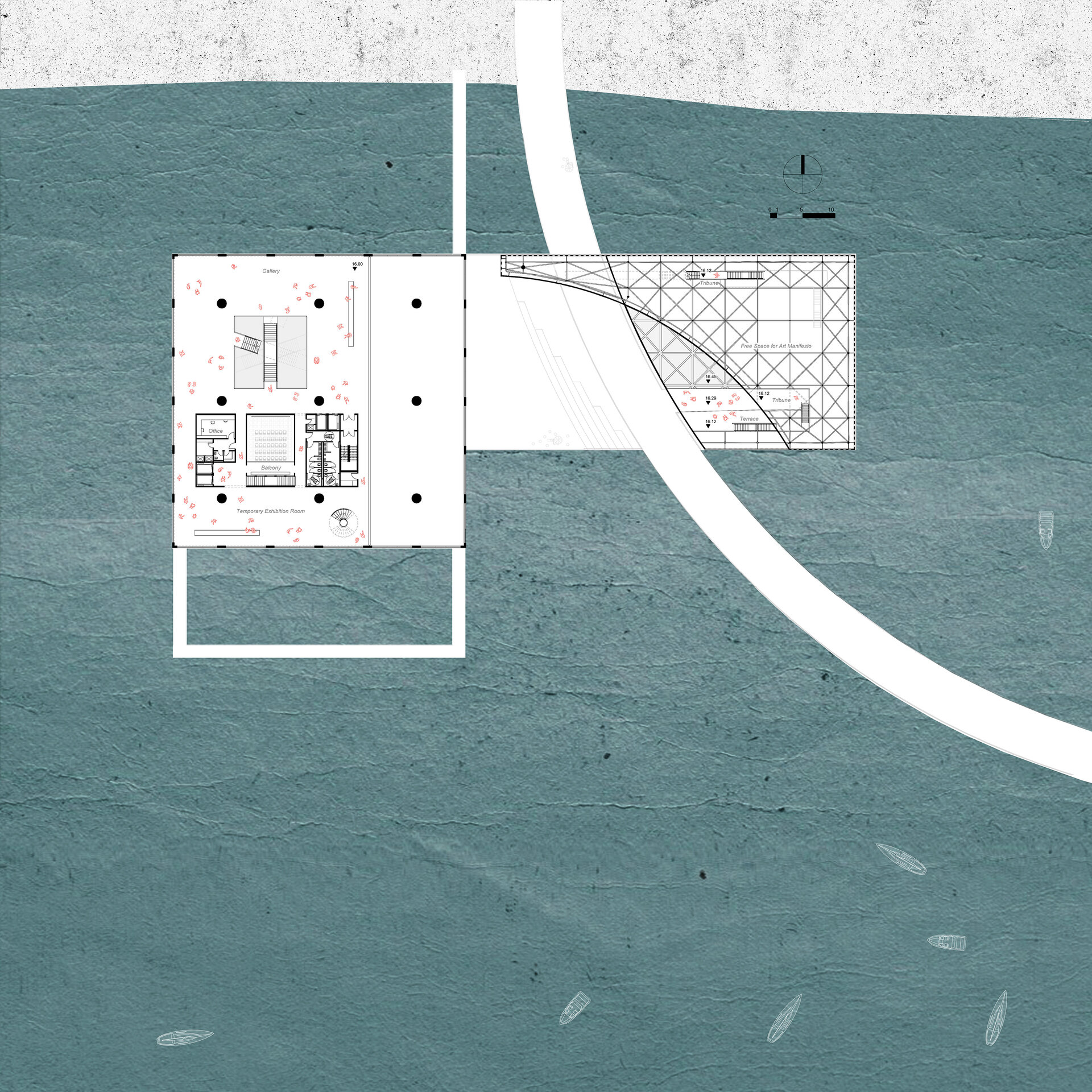 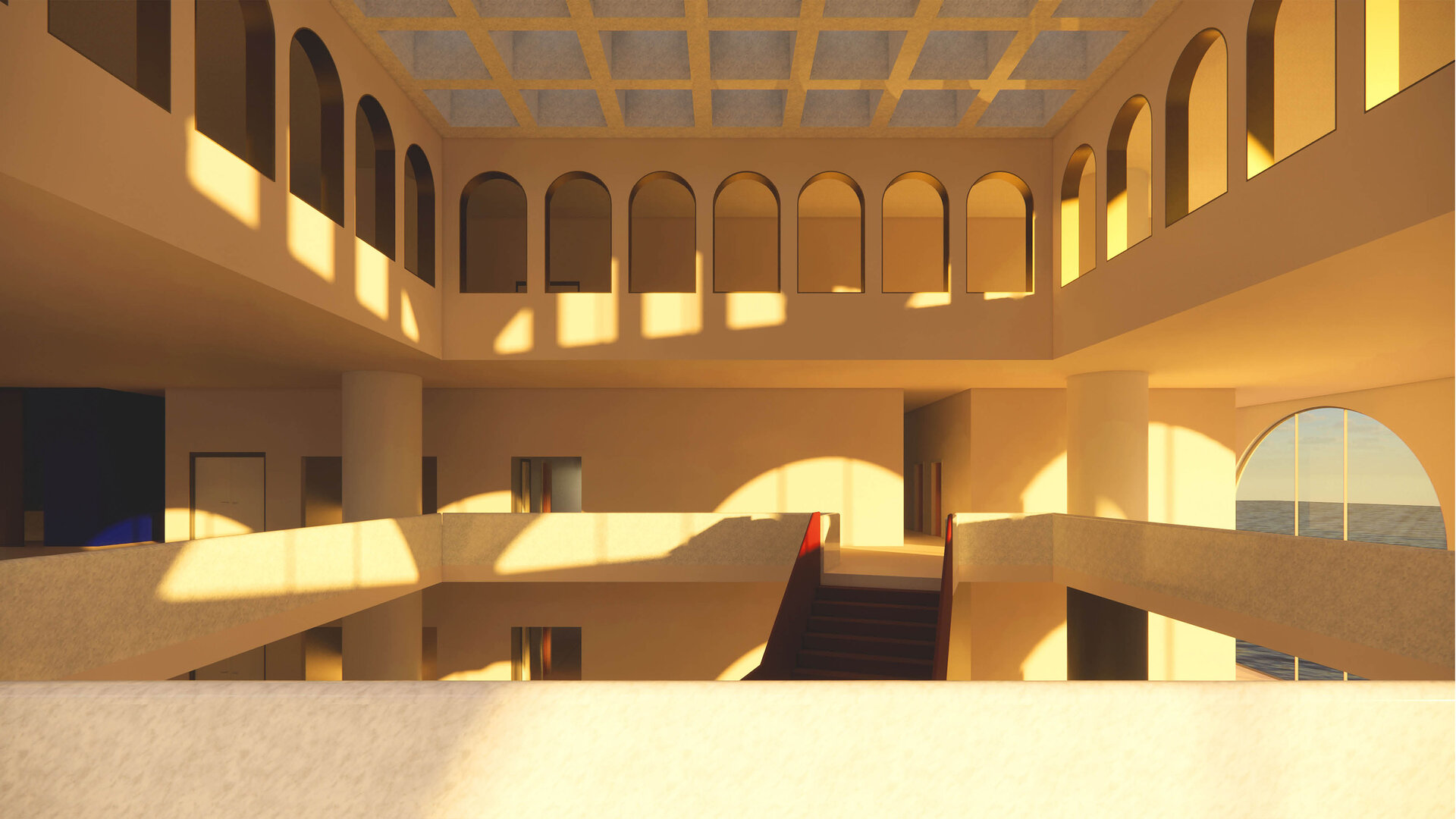 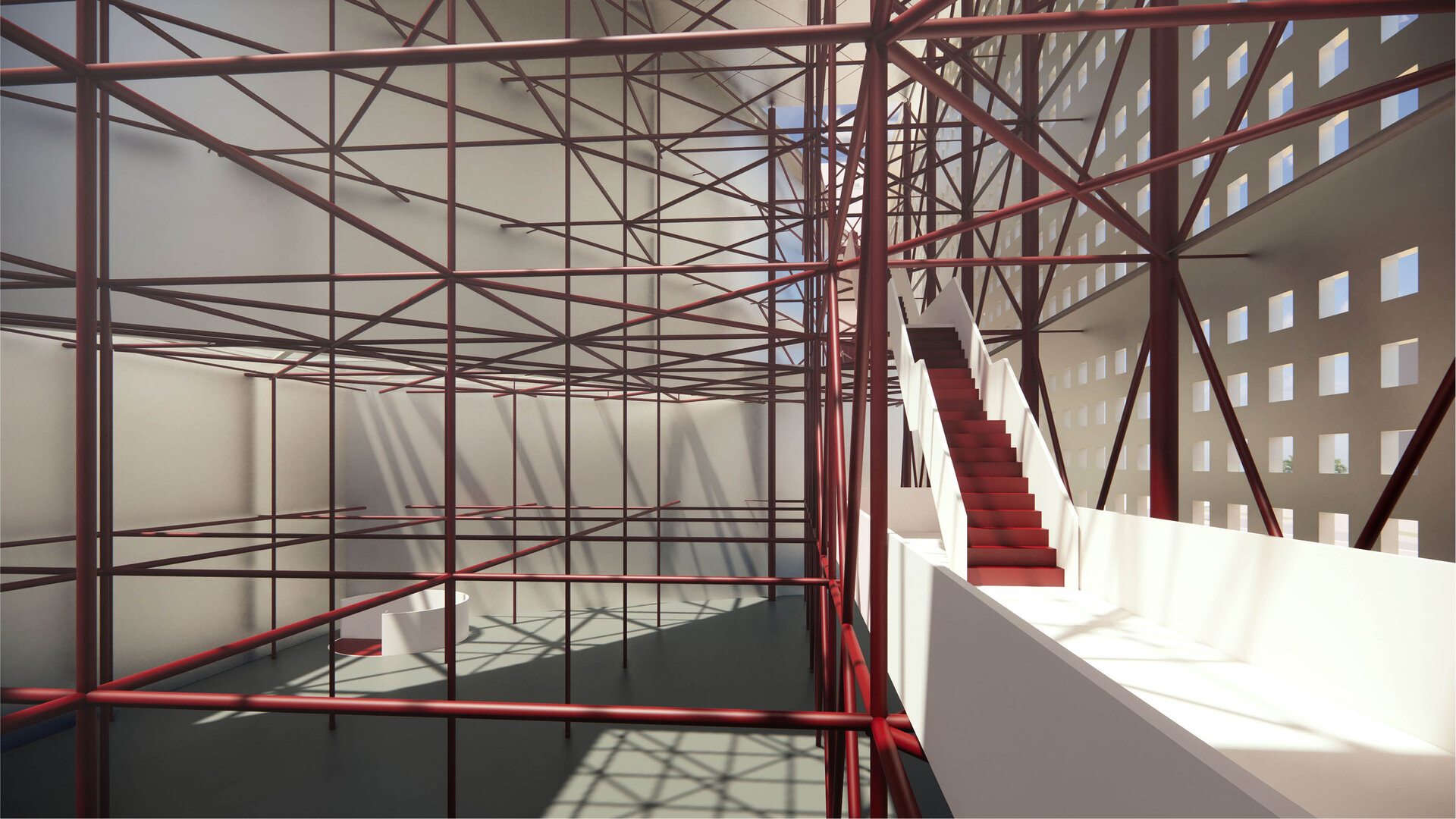 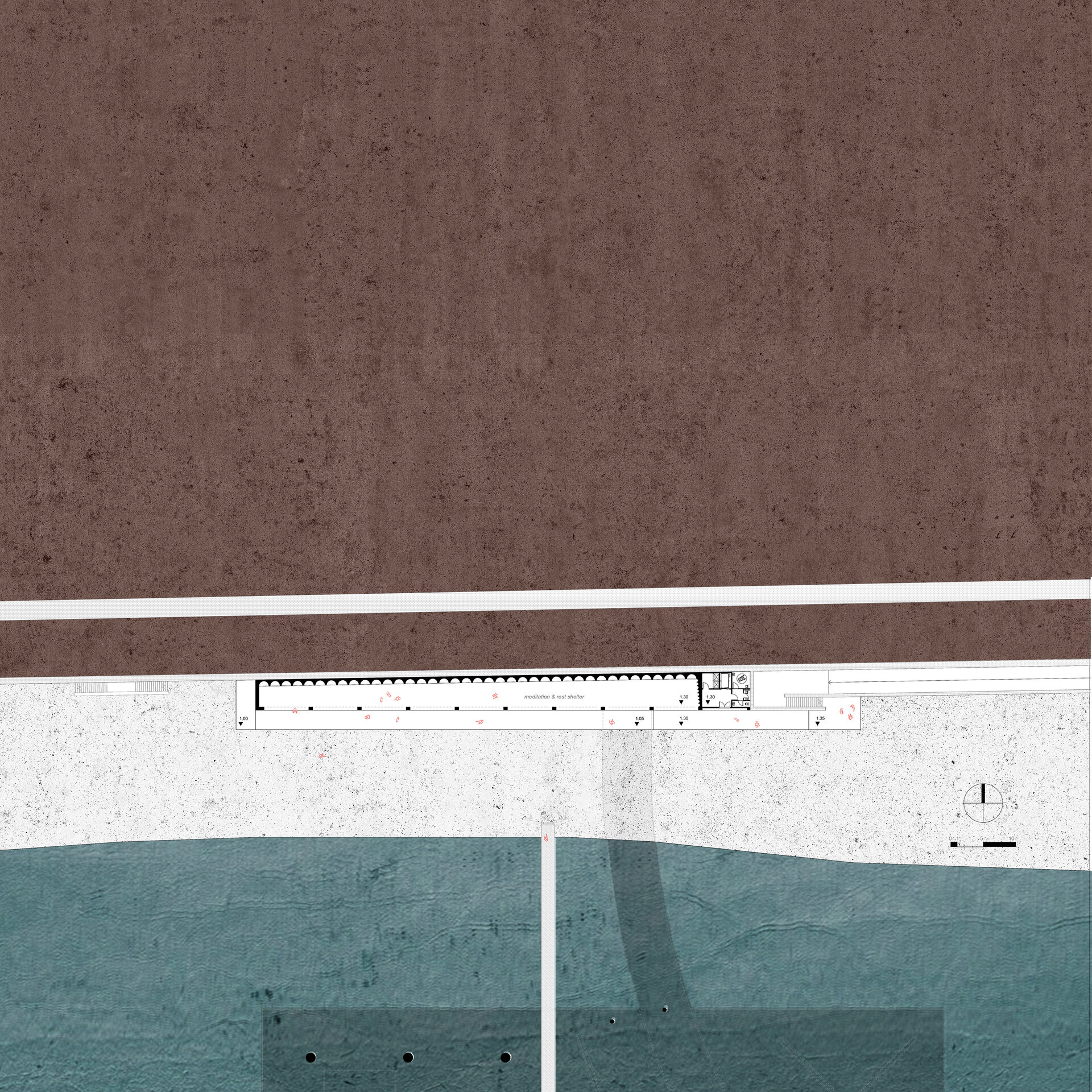 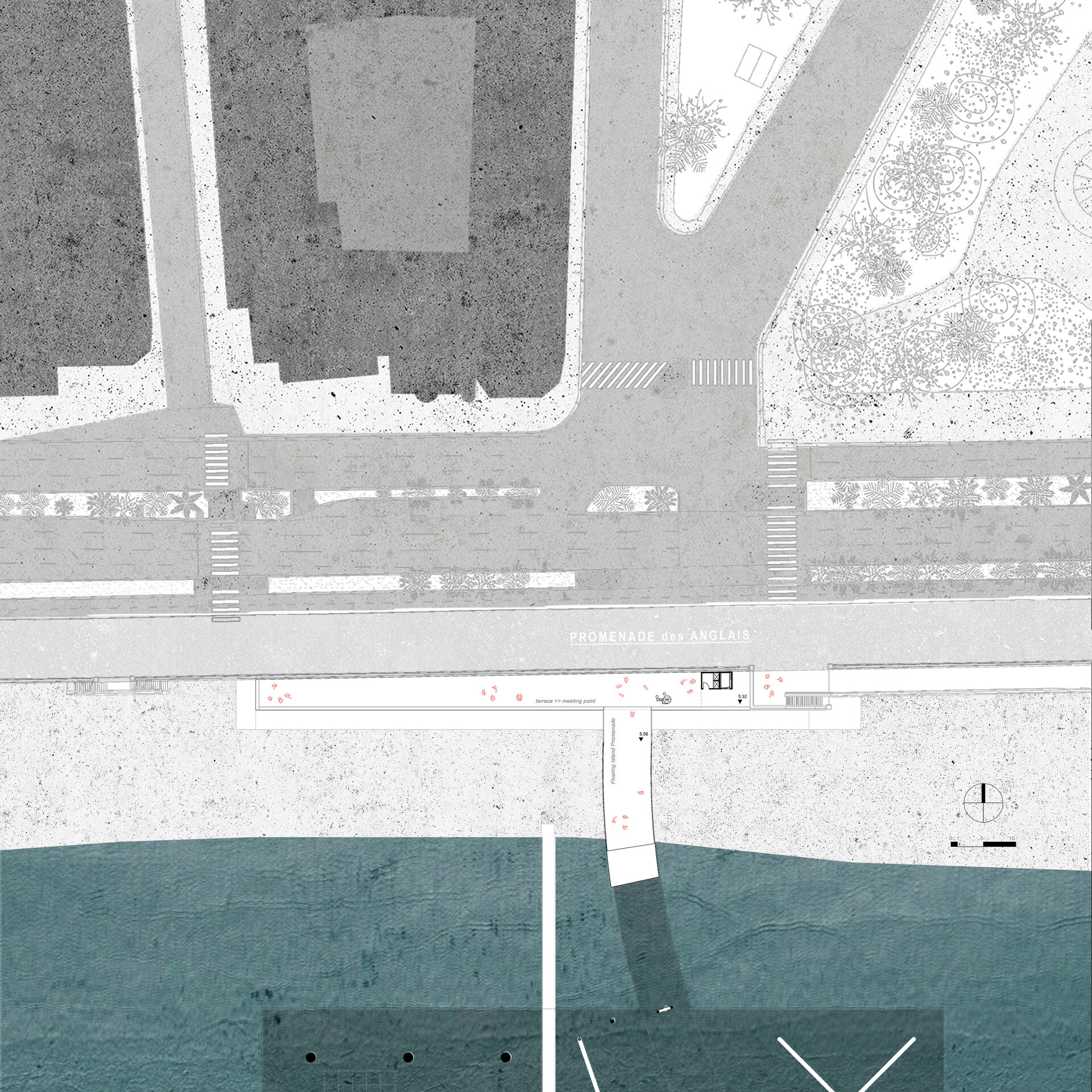 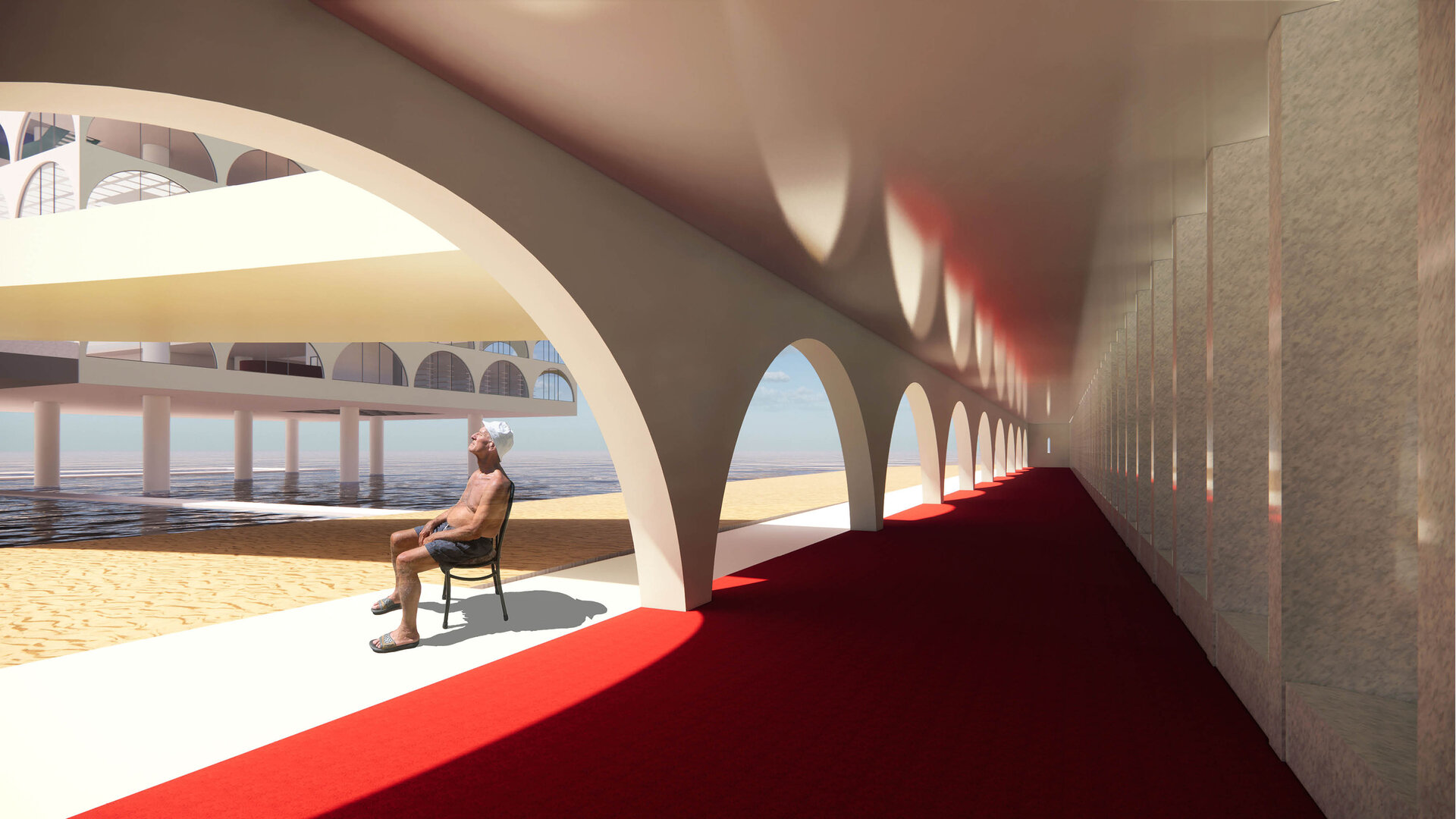 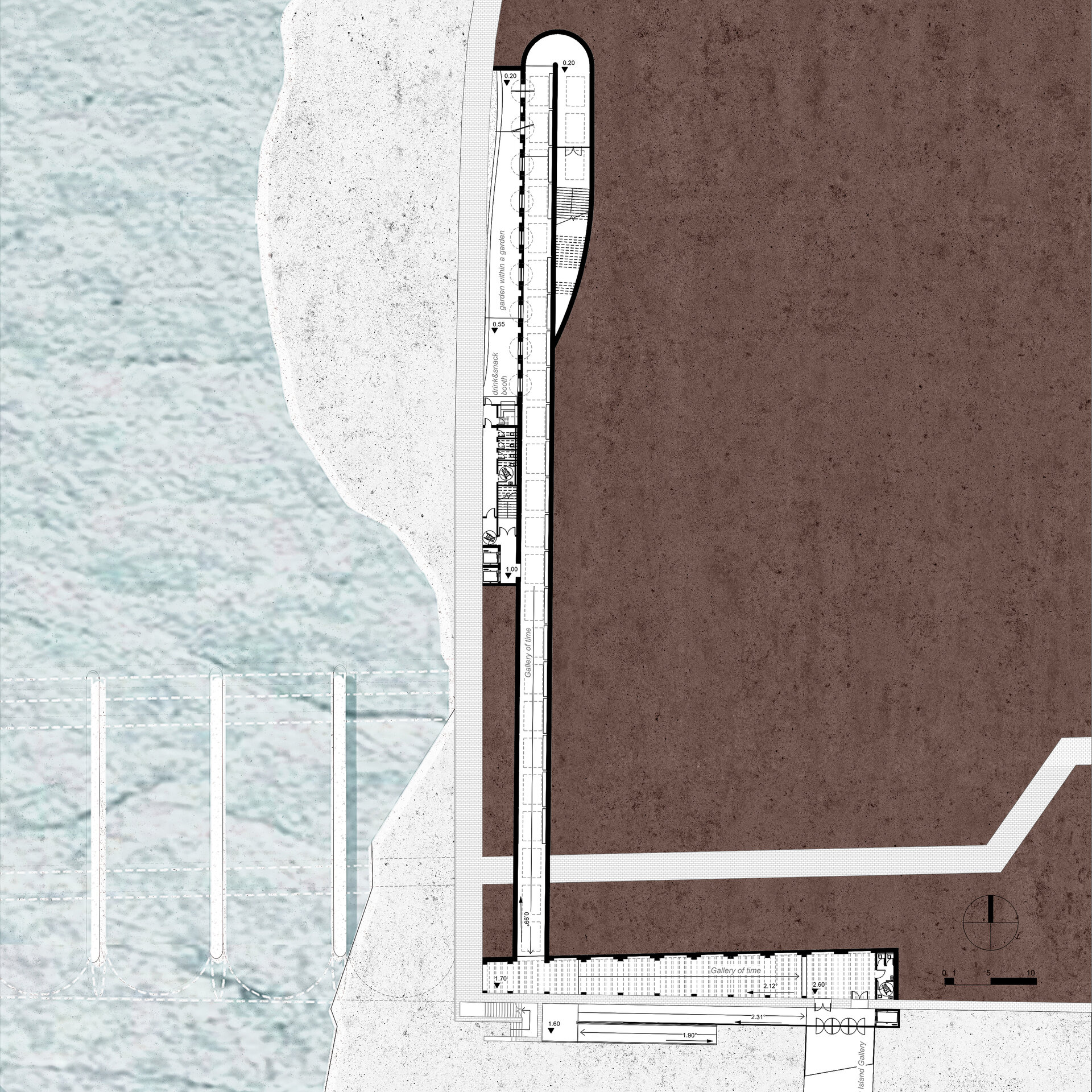 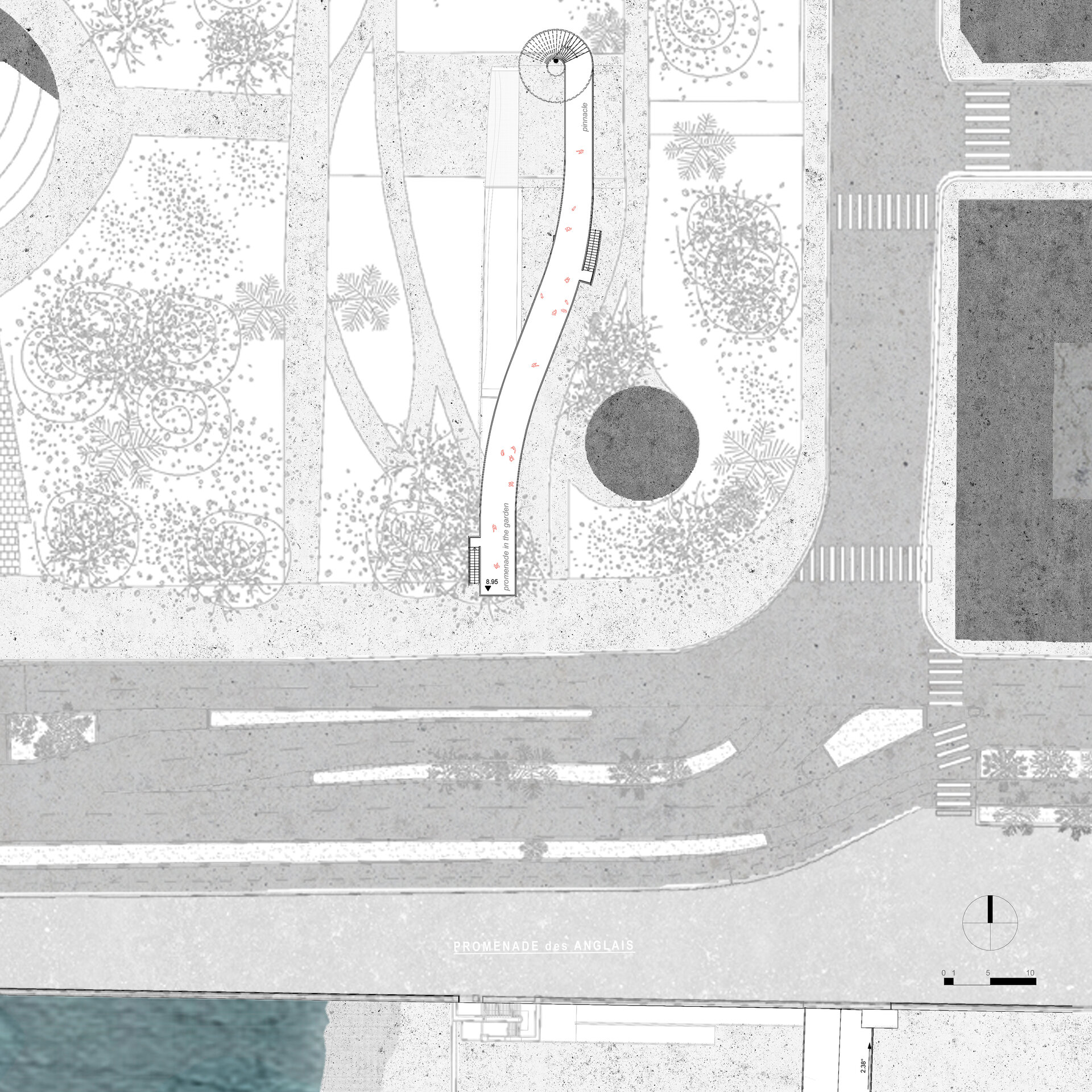 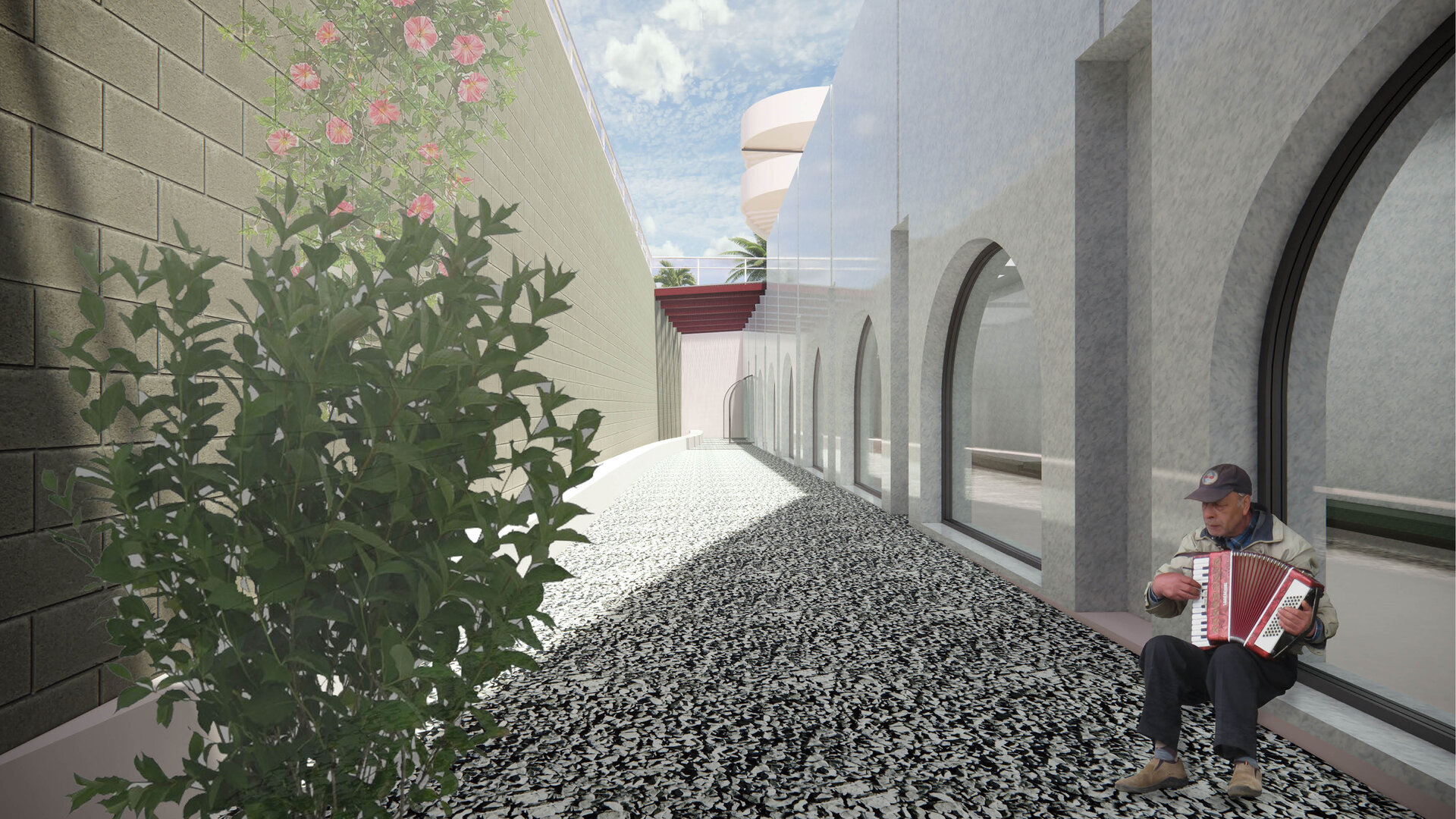 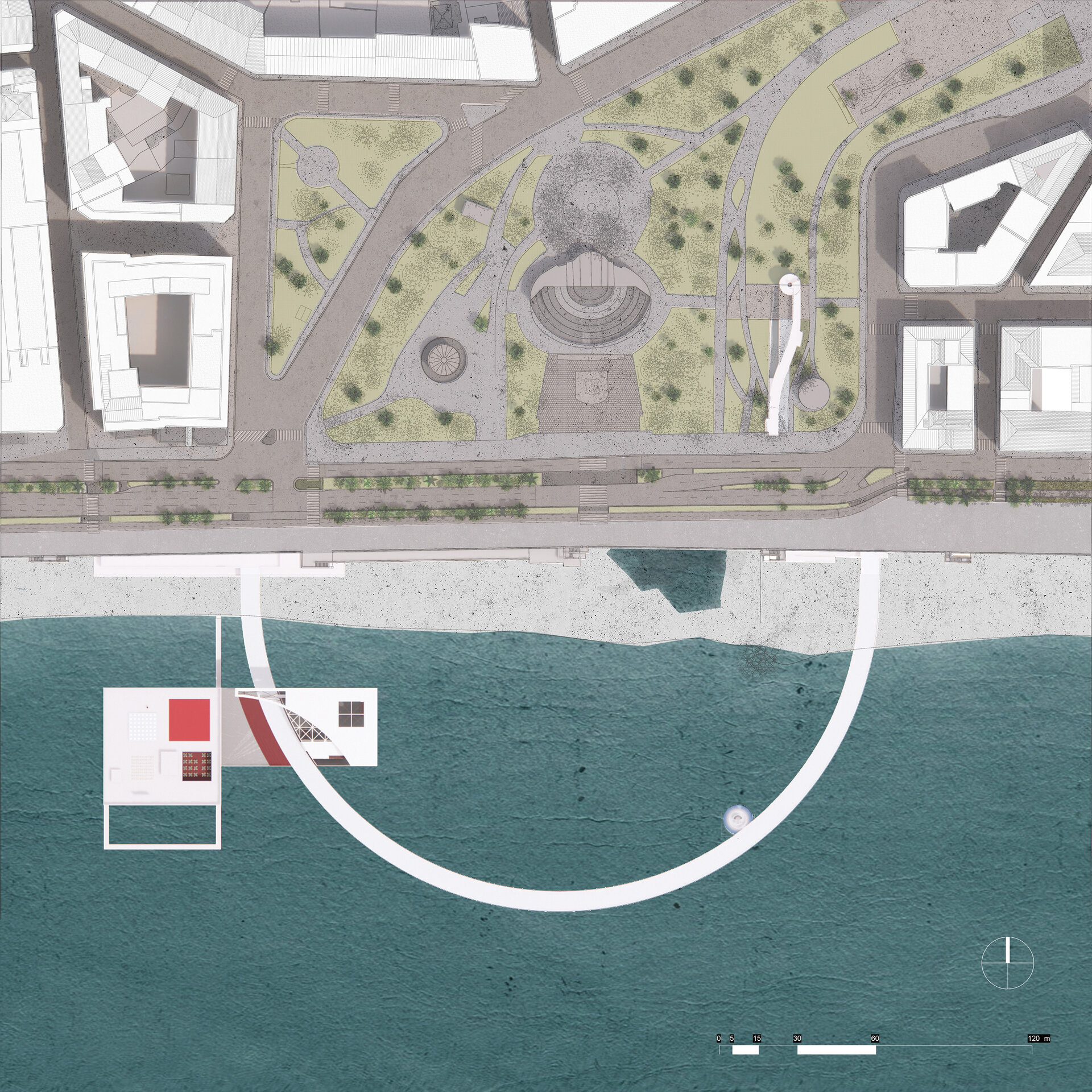 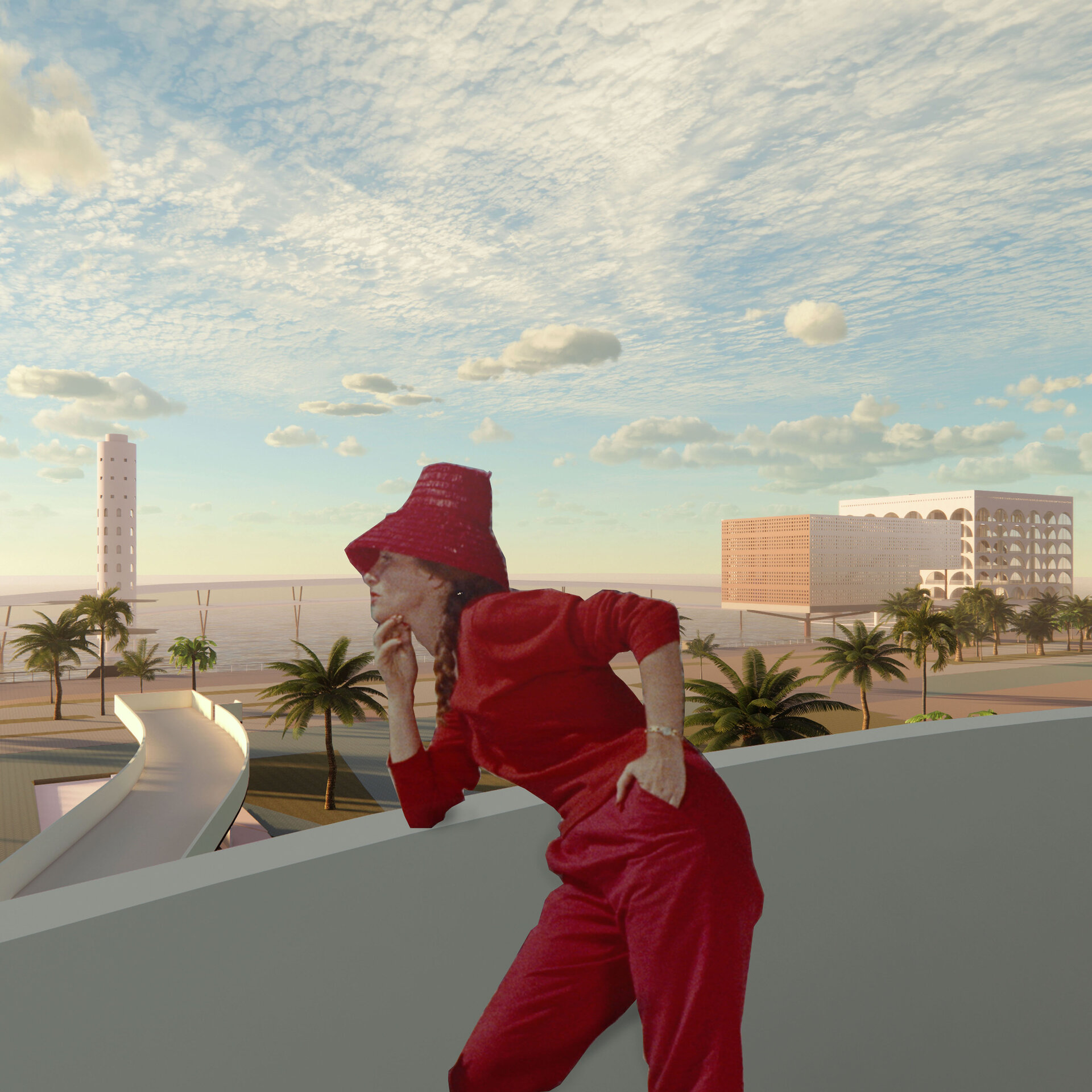