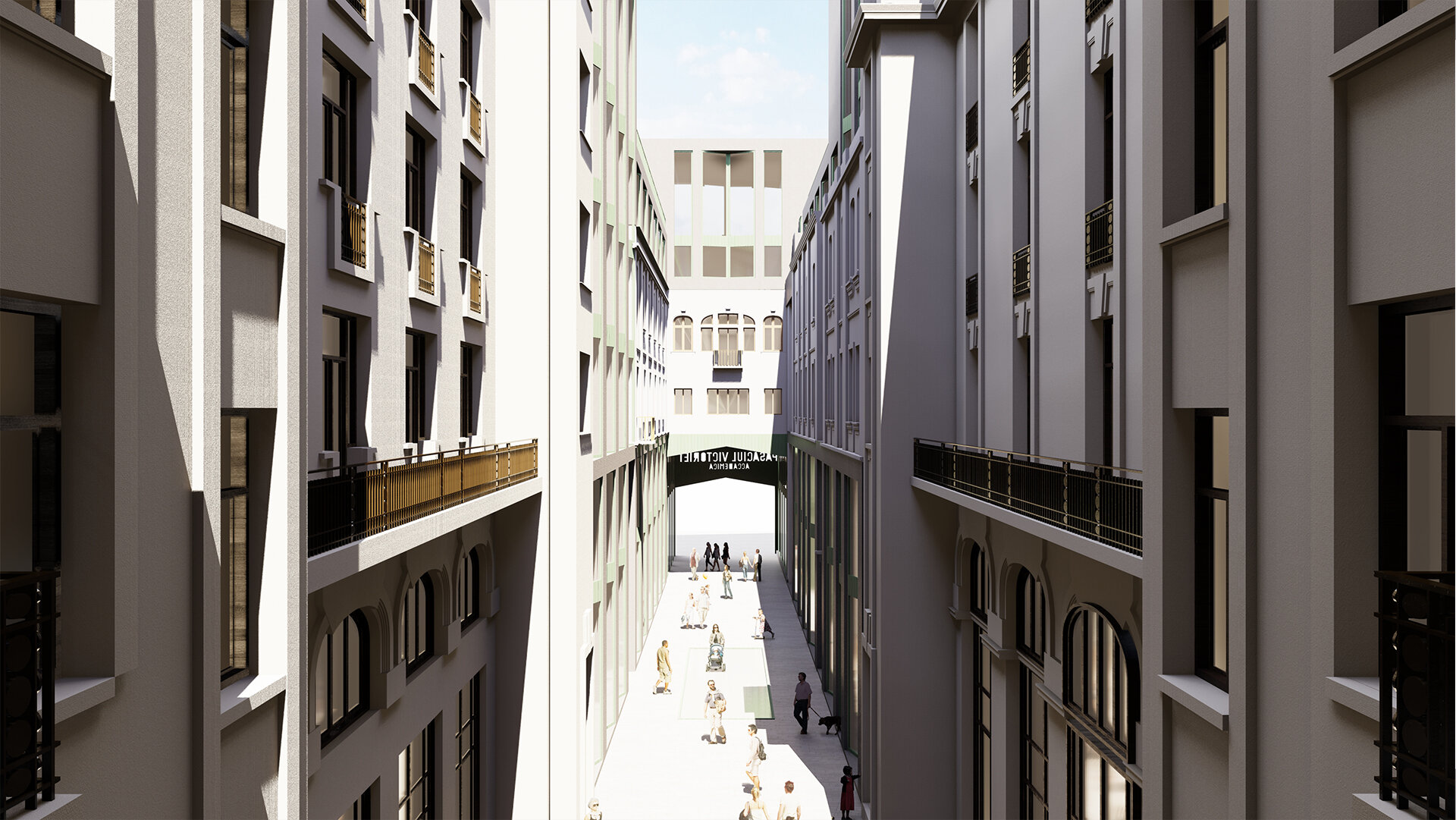 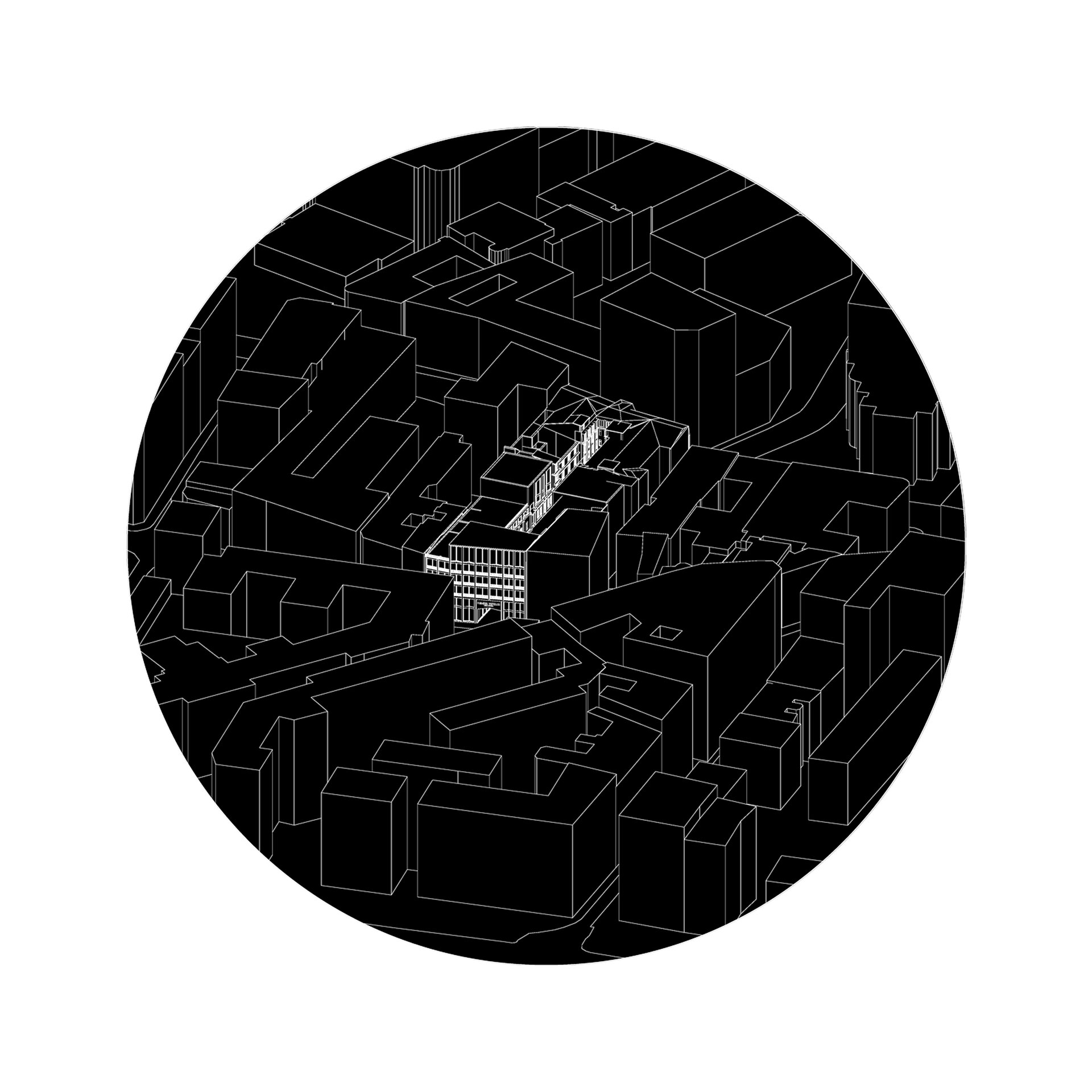 The urban area chosen to make the architectural demonstration includes current issues of social, cultural and urban nature, trying to shape good practices of intervention in fragile sites in the center of Bucharest. The site where the architectural proposal is embedded is Victoria Passage (formerly known as Imobiliara Passage). The need for a rapid intervention in this site comes from its precarious condition, from a structural point of view, given that it is a spatial typology rarely found in Bucharest, the only examples of an urban passage being located in the center.

The silhouette of the passage has undergone a succession of changes over time, both in horizontal and vertical section, due to the combination of adverse events (fires, earthquakes, bombings) and the city centre`s need for densification.

The project proposes connecting Victoria Passage with the other 3 neighbouring passages (English Passage, Comedia Passage and Majestic Passage), in order to increase the degree of porousity and accessibility within the urban fabric. This will offer the possibility to lay out new spaces that have the potential to increase the attractiveness of the area and to encourage the restoration of valuable buildings and spatial typologies that are in a state of severe degradation. (ex. English Hotel / English Passage)

Trying to respond to the issue of densification of city centers, the objectives of the project are:
Incorporating a mix of architectural programs to activate the central area
Spatial "negotiation" in the intergenerational "co-living" scenario
Preserving the specificity of the site, of the urban fabric
The architectural reprogramming of the passage will work with its most valuable historical layer - the plan form and the architectural image from the period that followed immediately after the construction of the Real Estate Palace (1913). The architectural proposal will simultaneously connect different layers of the city center, thus resulting in a hybrid building. Due to its location in the middle of a network of buildings with university and cultural functions, the intervention will host a mix of architectural programs:
Temporary residence for students, doctoral students and professors within UAUIM
Cultural and agreement functions for the general public
Creative laboratories involving students, architects, artists and the general public

Two very important sustainability pillars are approached through this architectural proposal:
Cultural sustainability - by the nature of the intervention, the project relies on the cultural pillar of sustainability, because the preservation of historical facades ensures historical continuity and preserves aspects related to the cultural identity of the community (for example by reactivating on the groundfloor the theatre hall and „Albina” pastryshop)
Social sustainability - by bringing together students and teachers from UAUIM, in the same building, an academic community is shaping up in a fruitful environment that can be beneficial for both parties. Also, the proximity to the faculty and other facilities of interest in the center of Bucharest increases urban mobility. 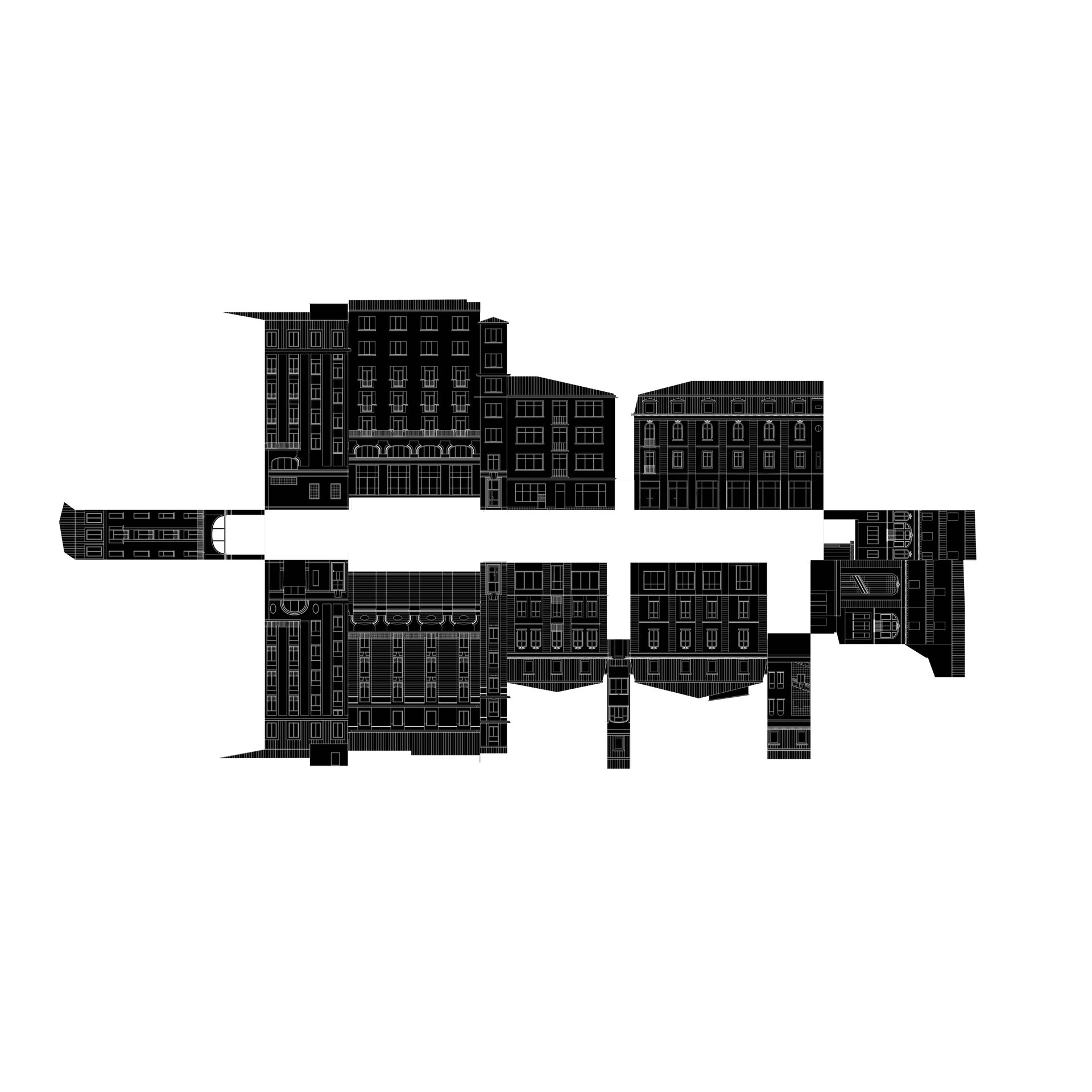 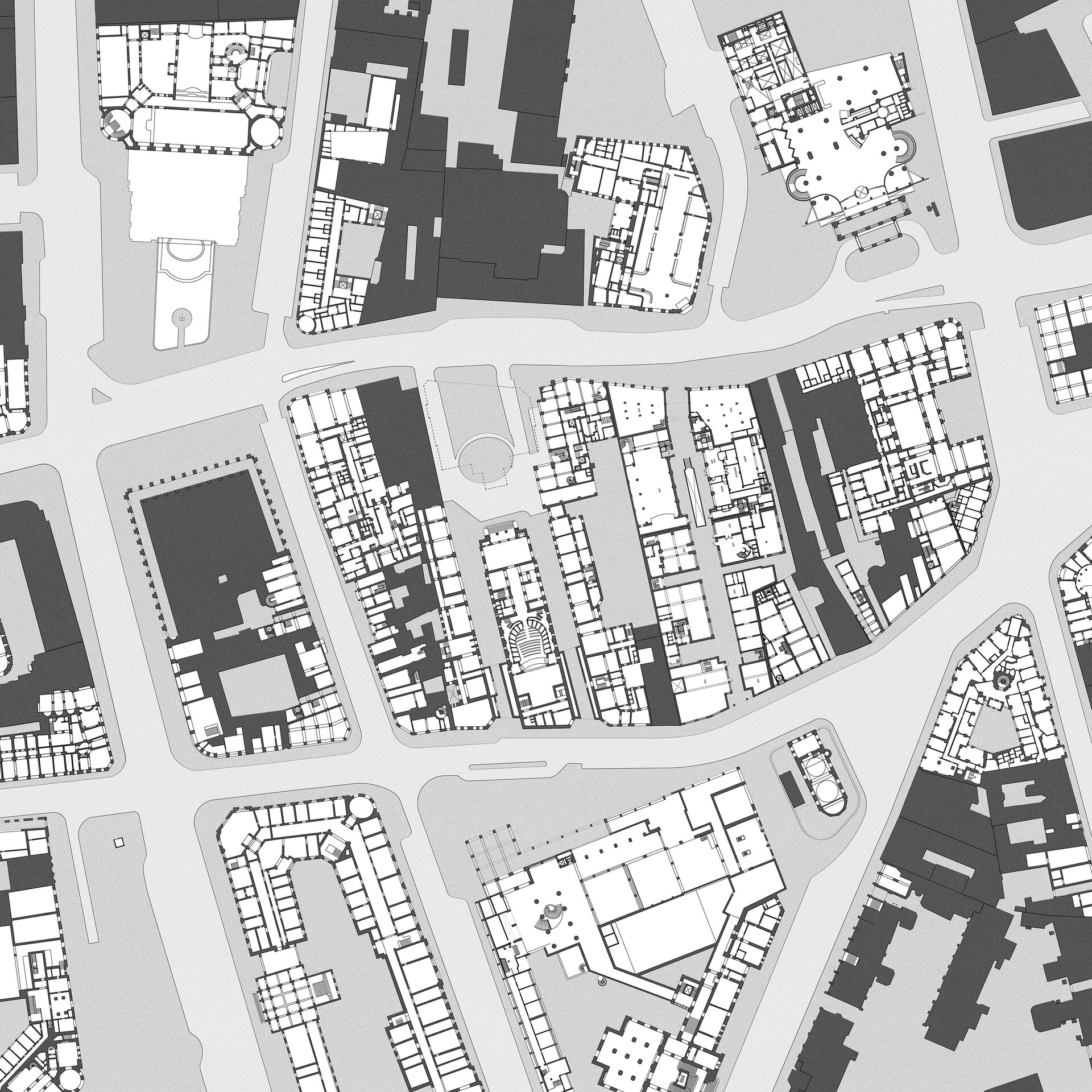 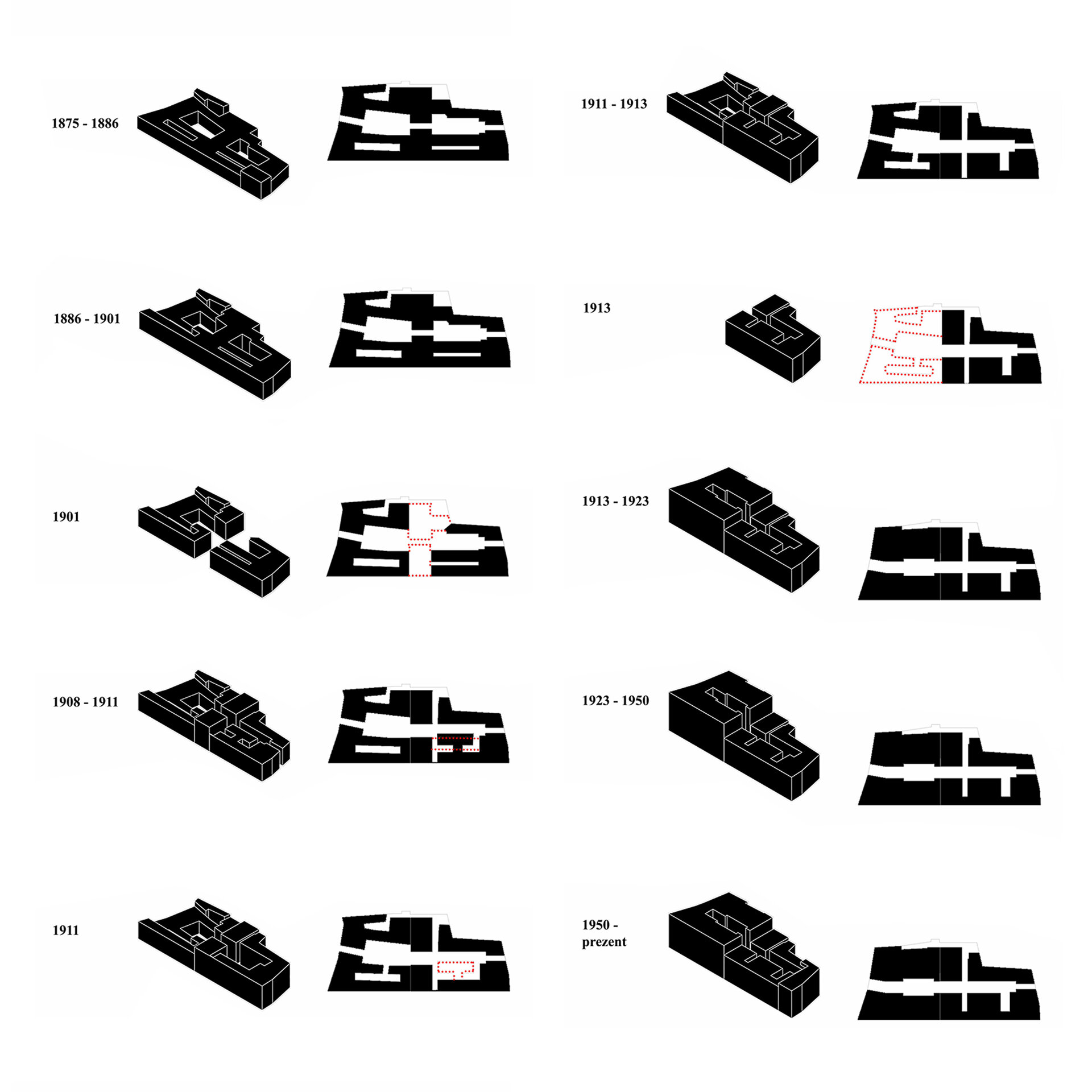 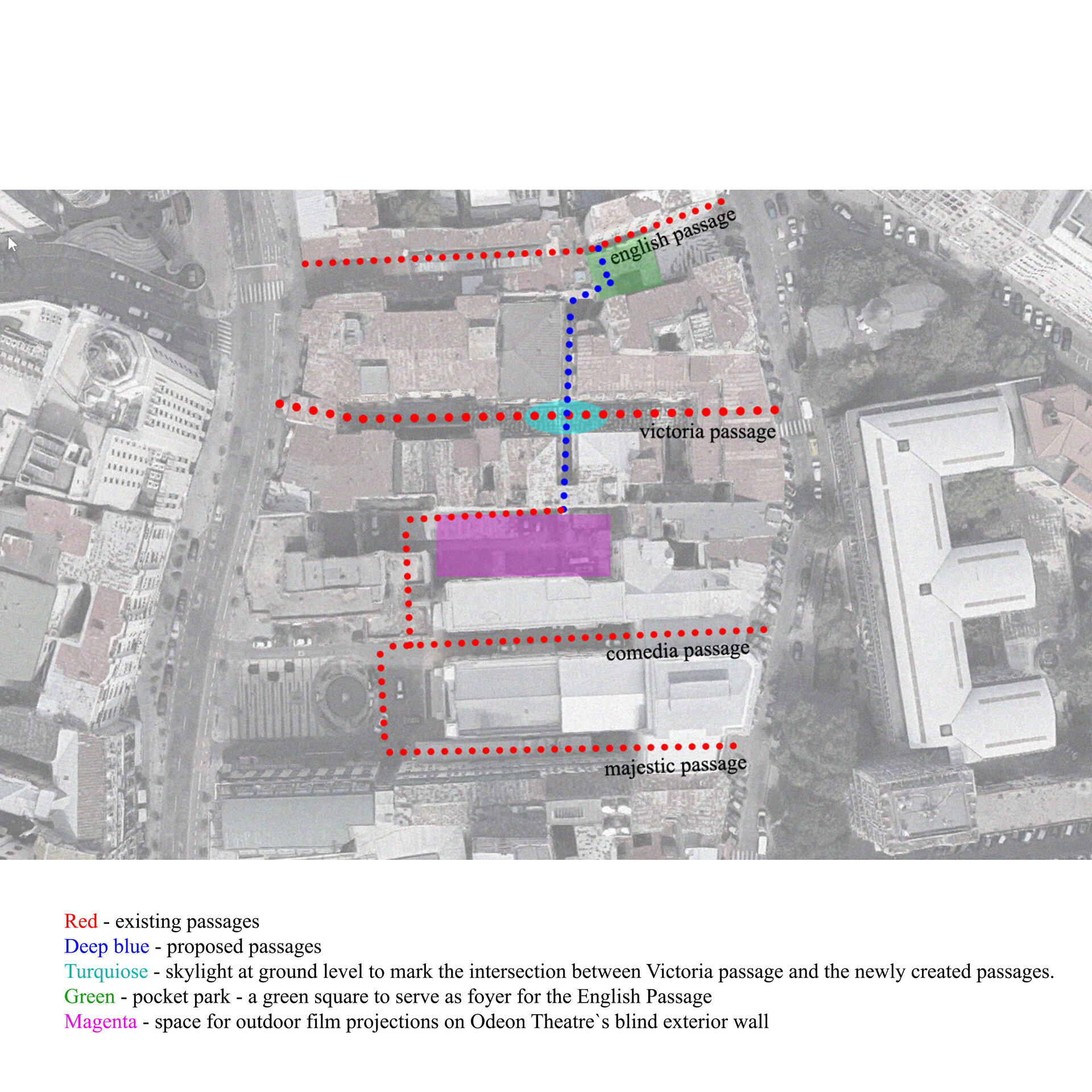 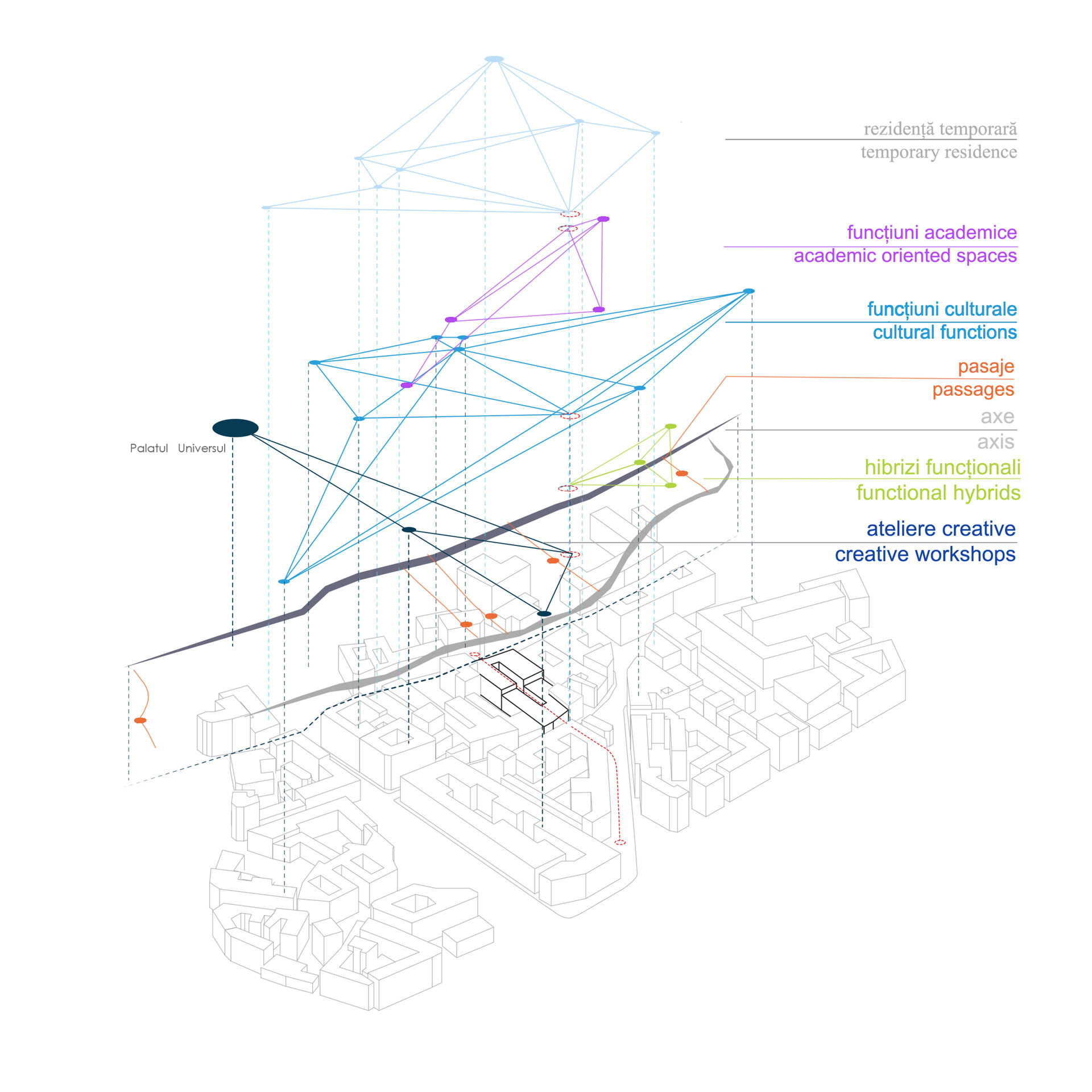 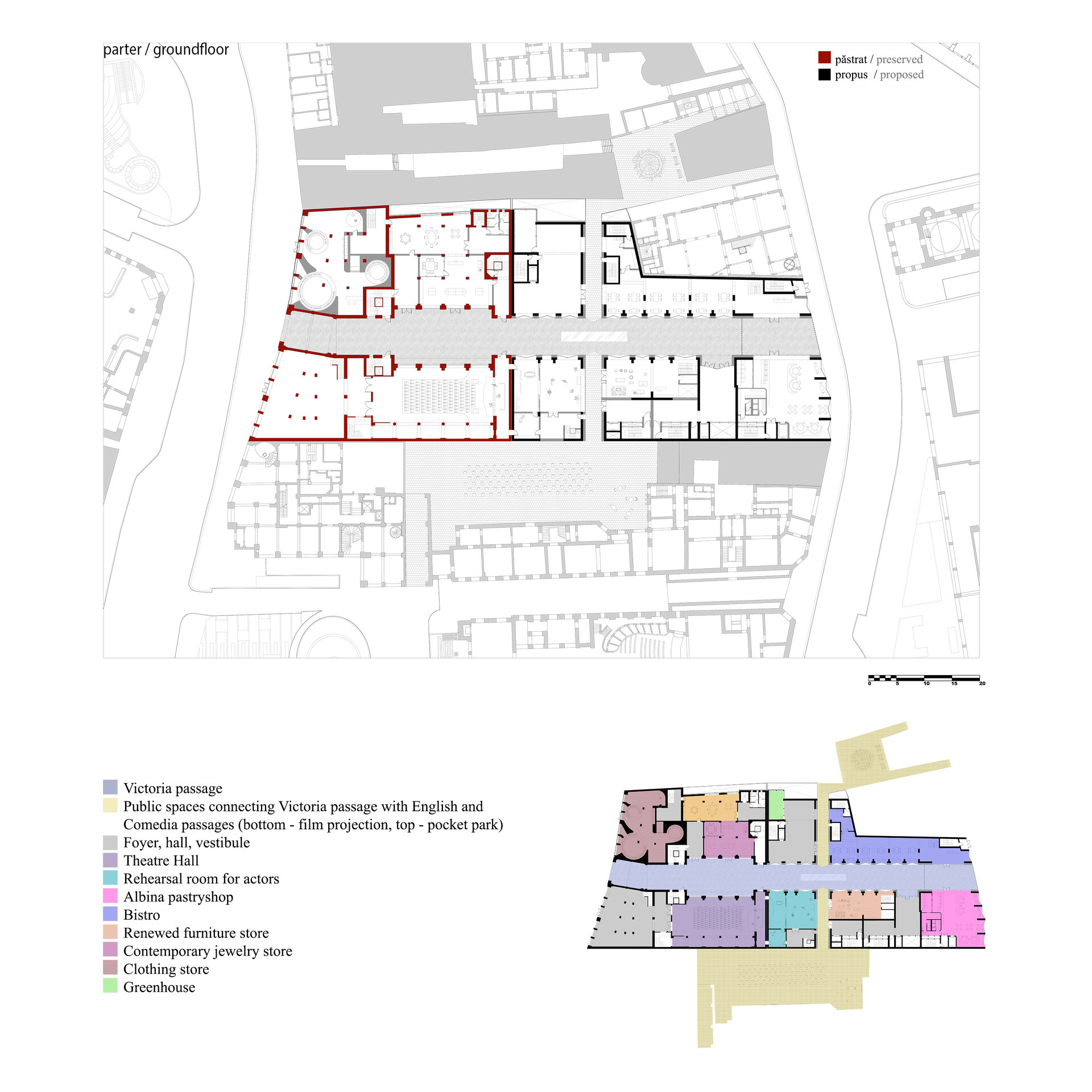 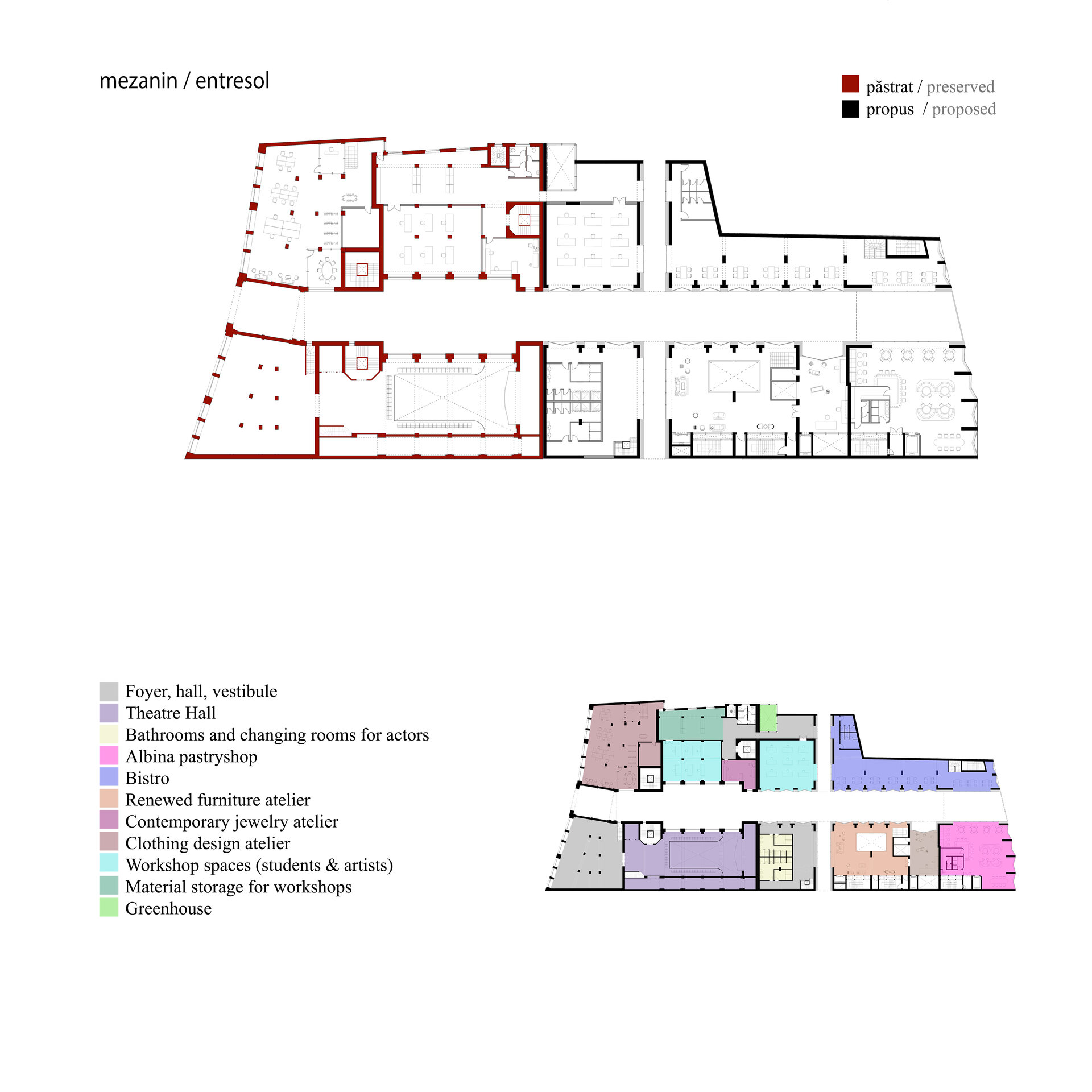 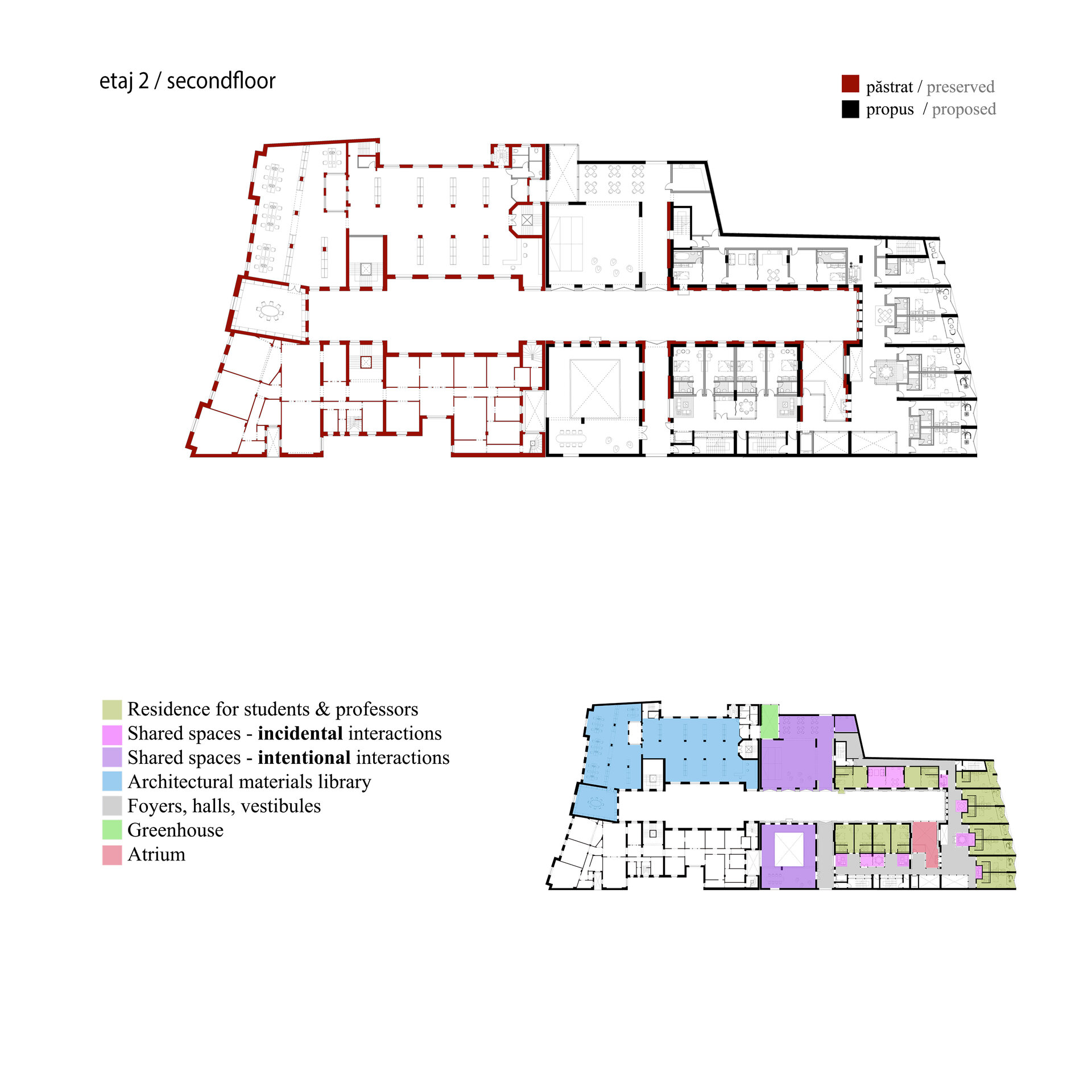 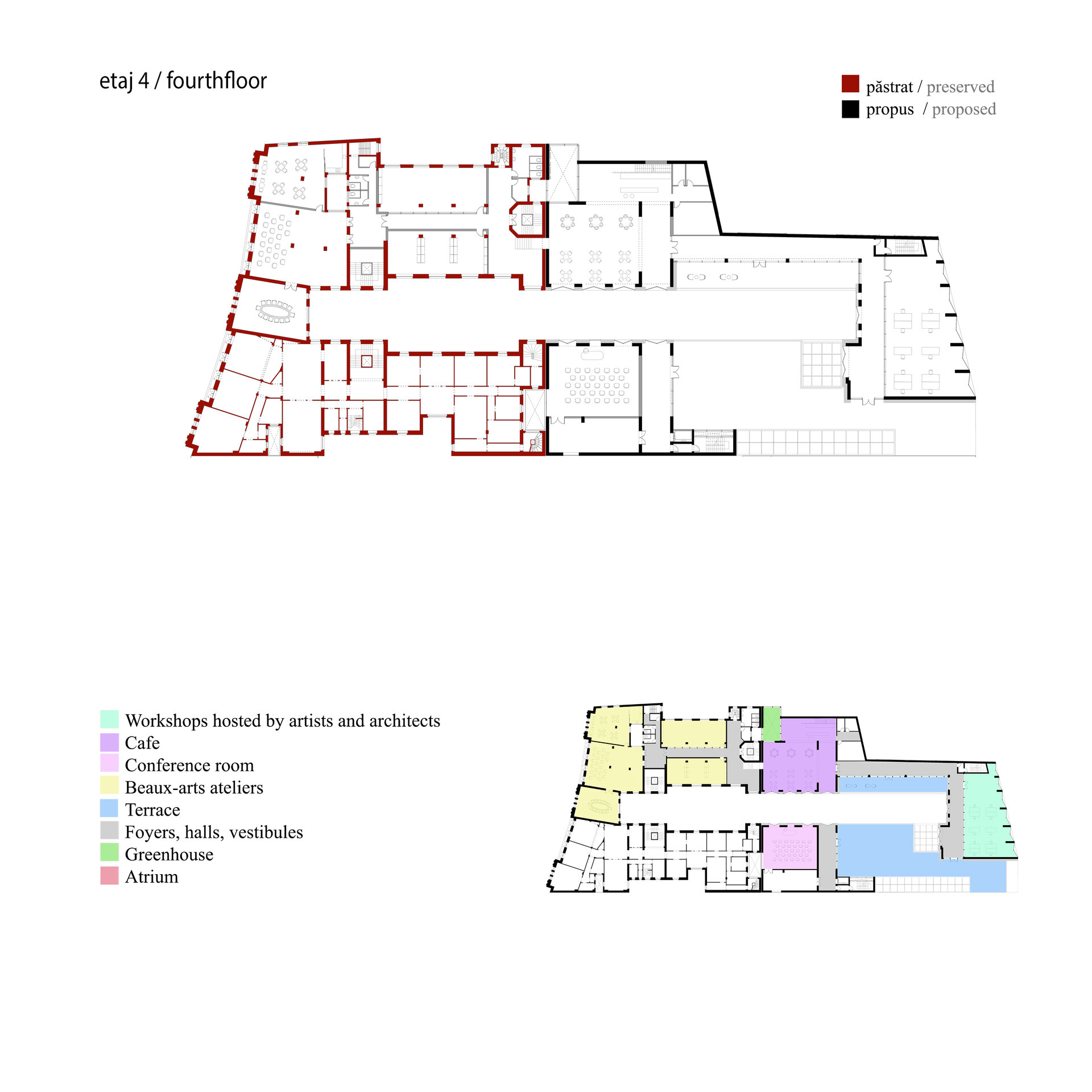 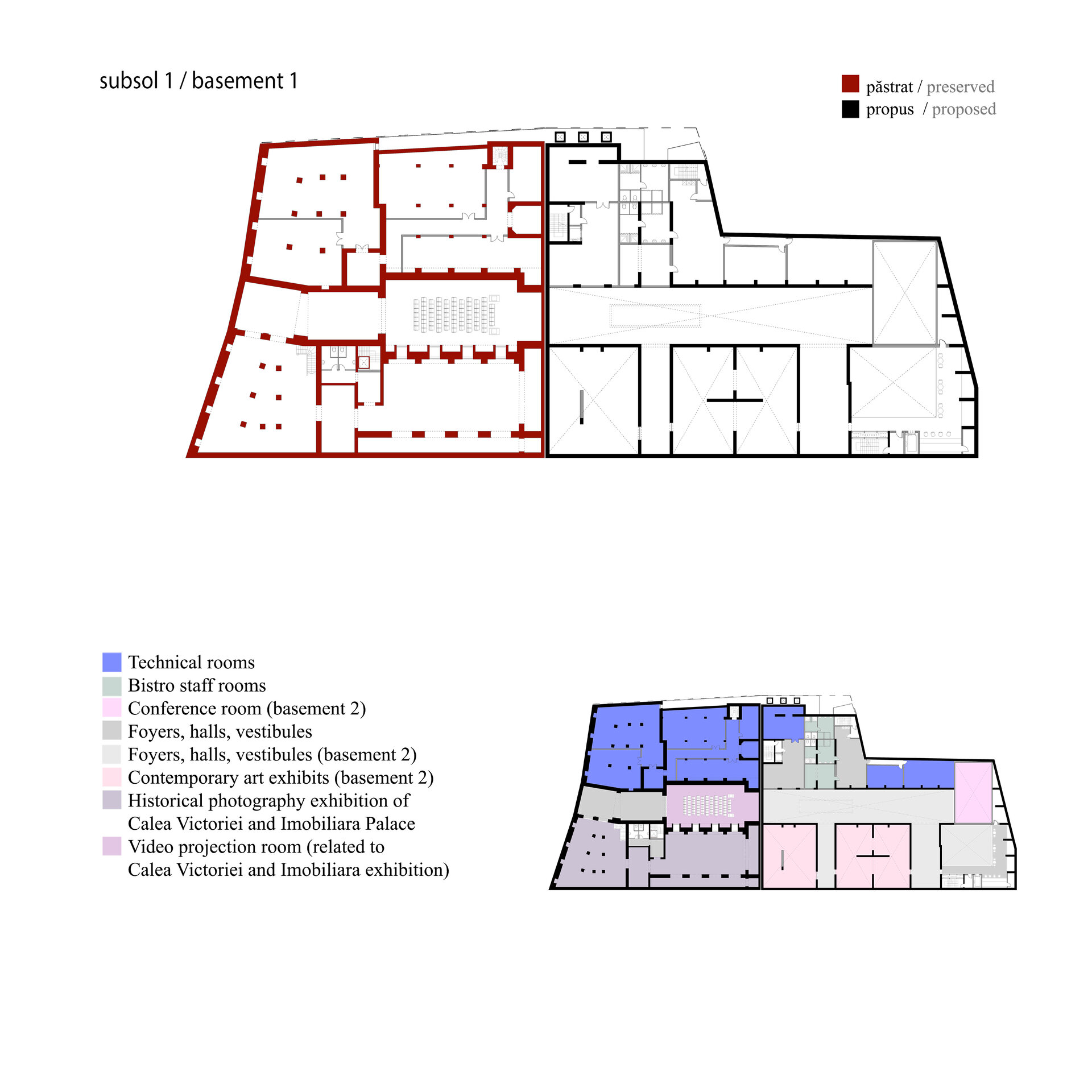 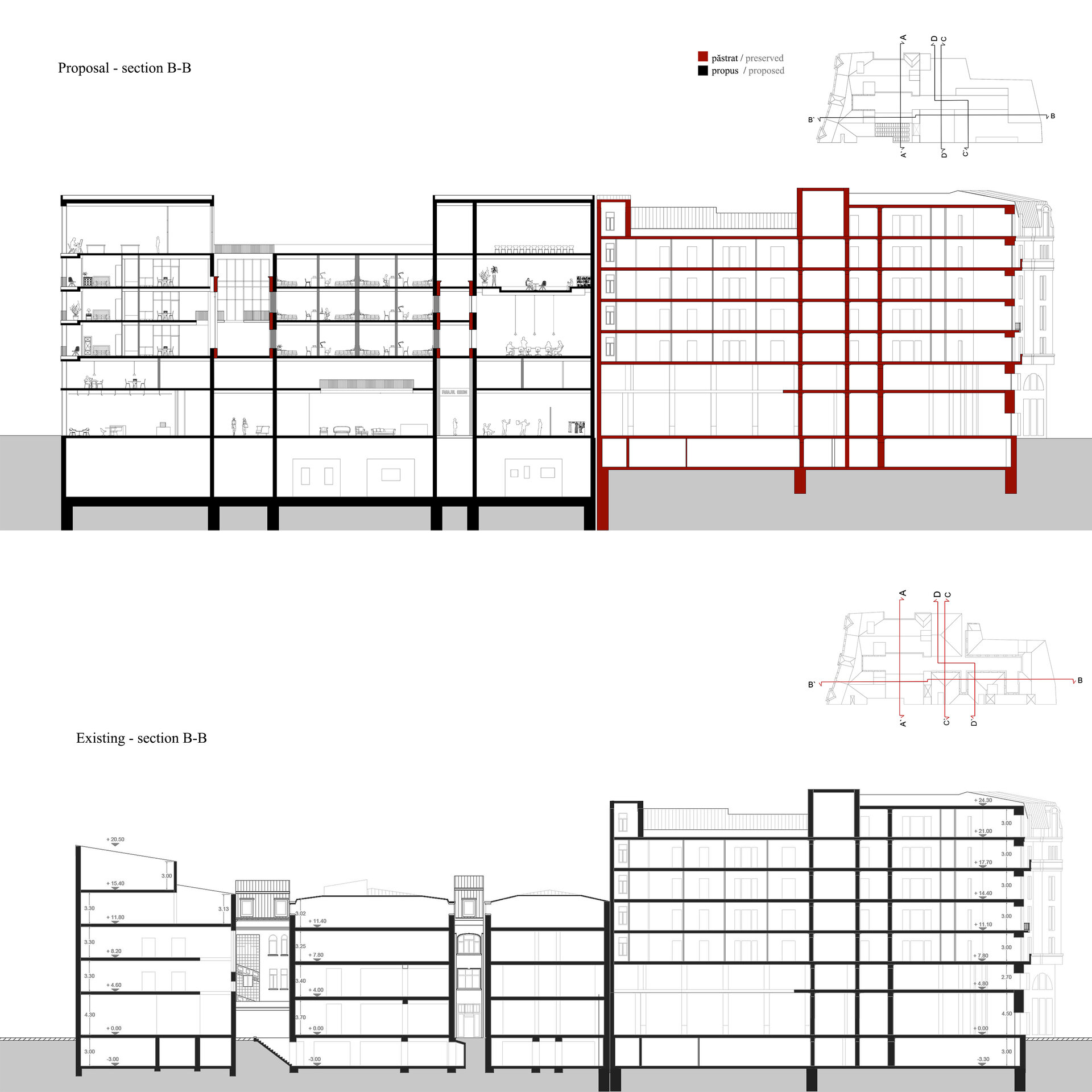 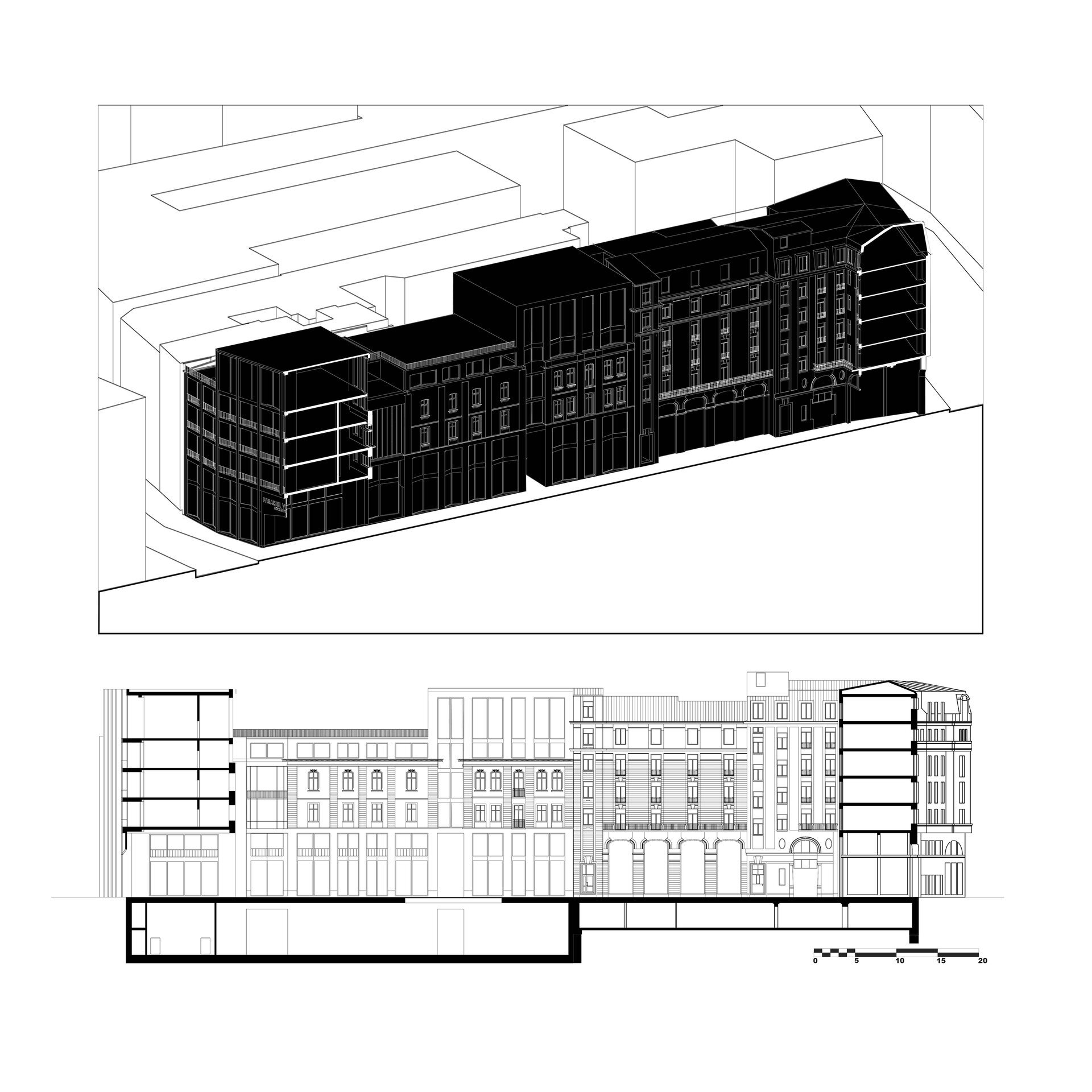 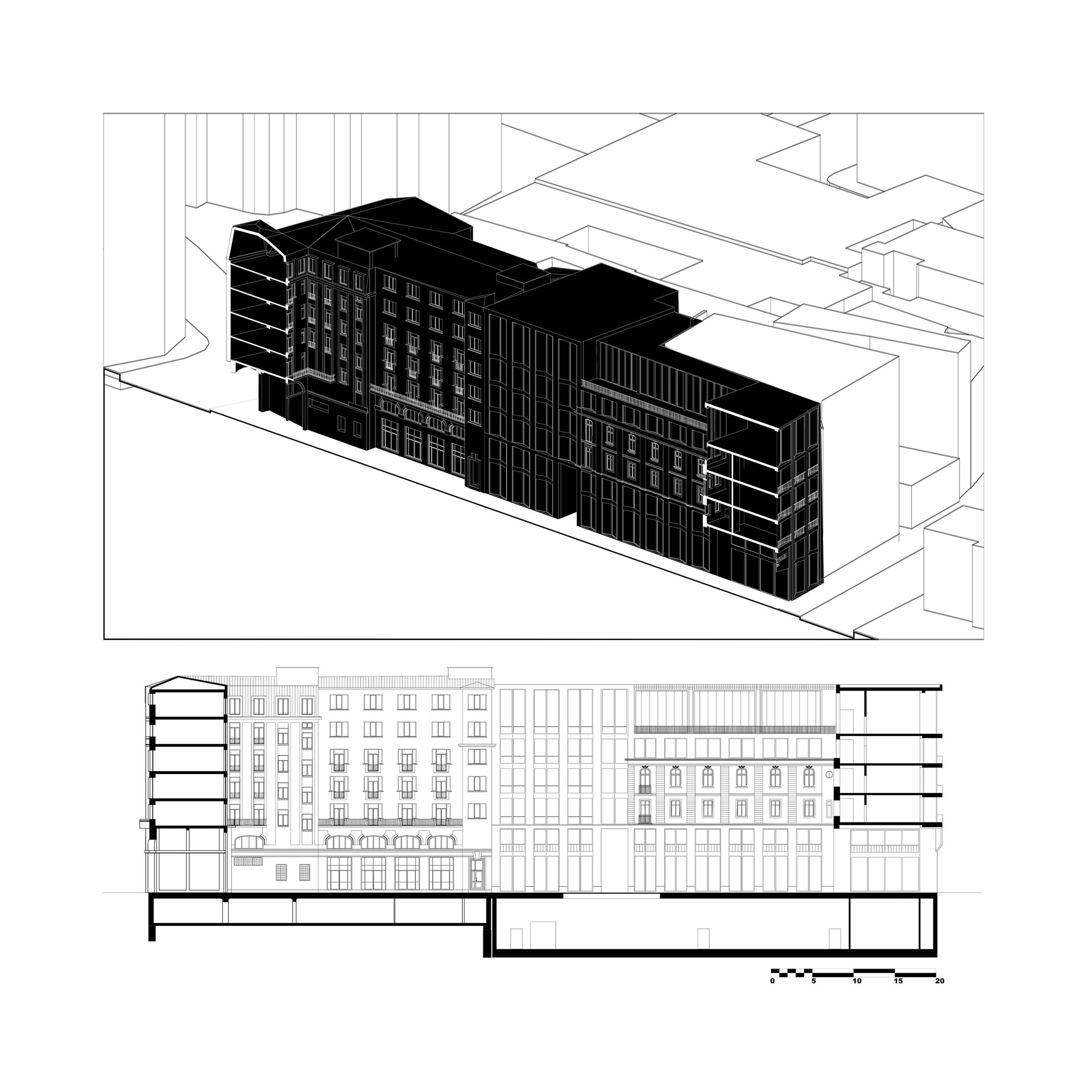 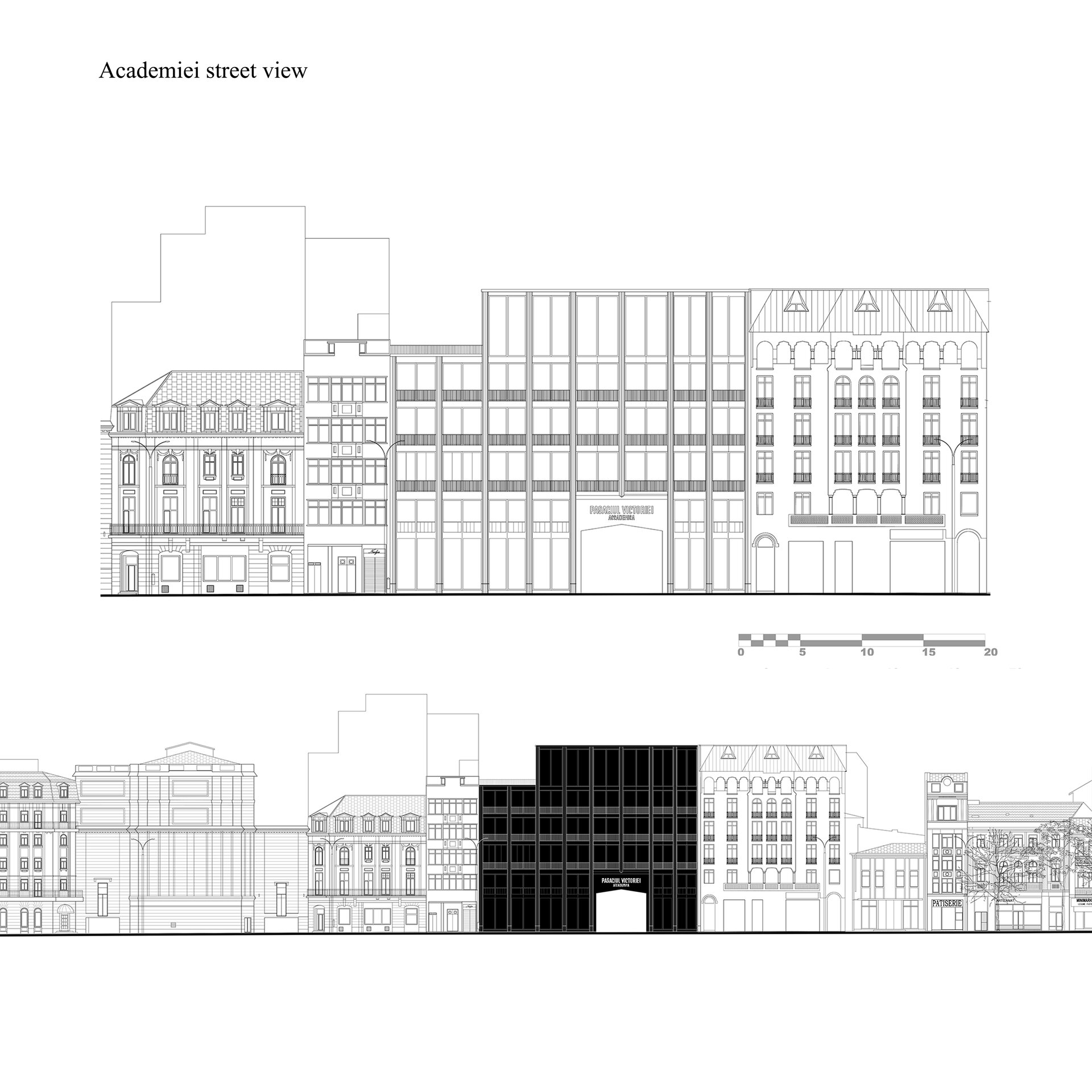 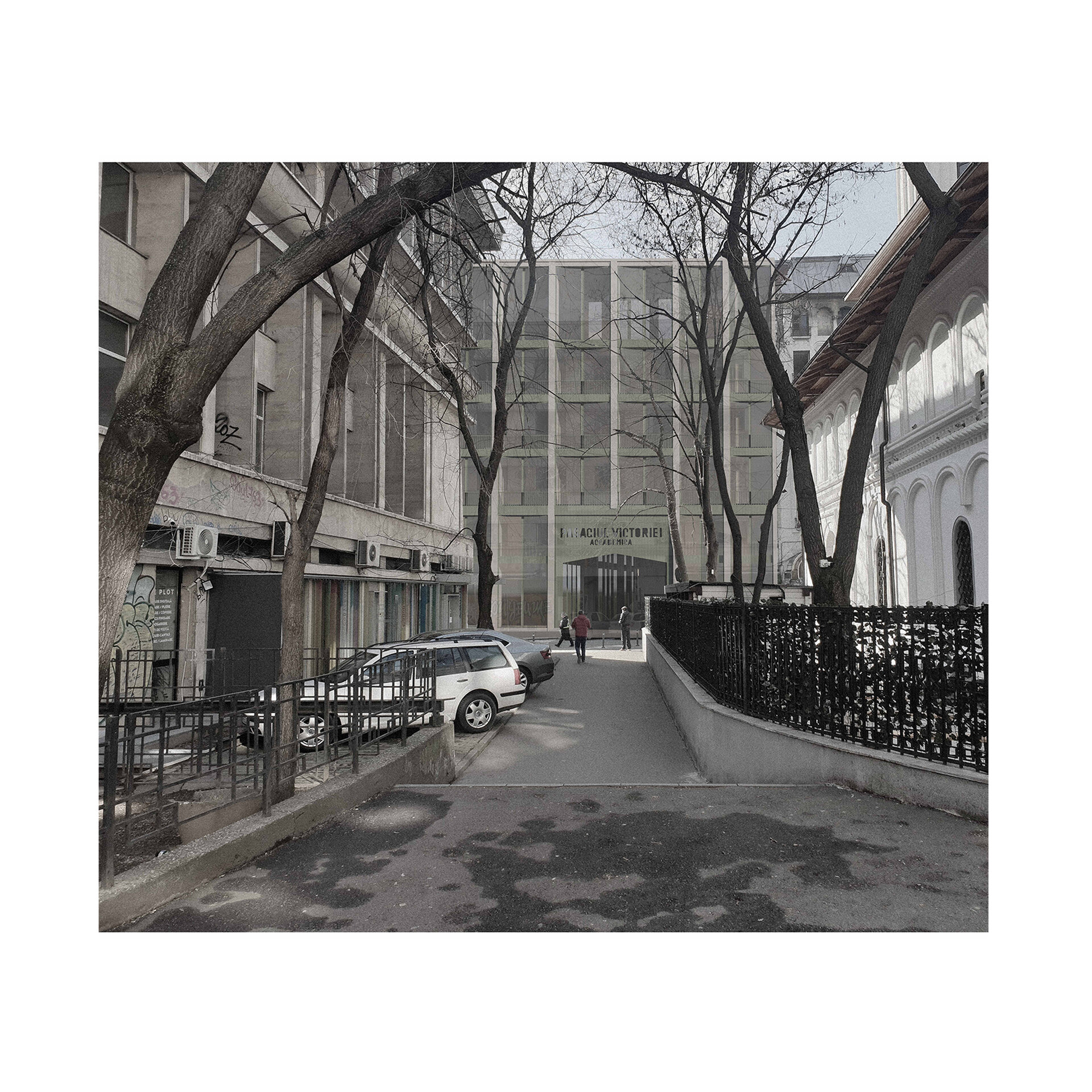 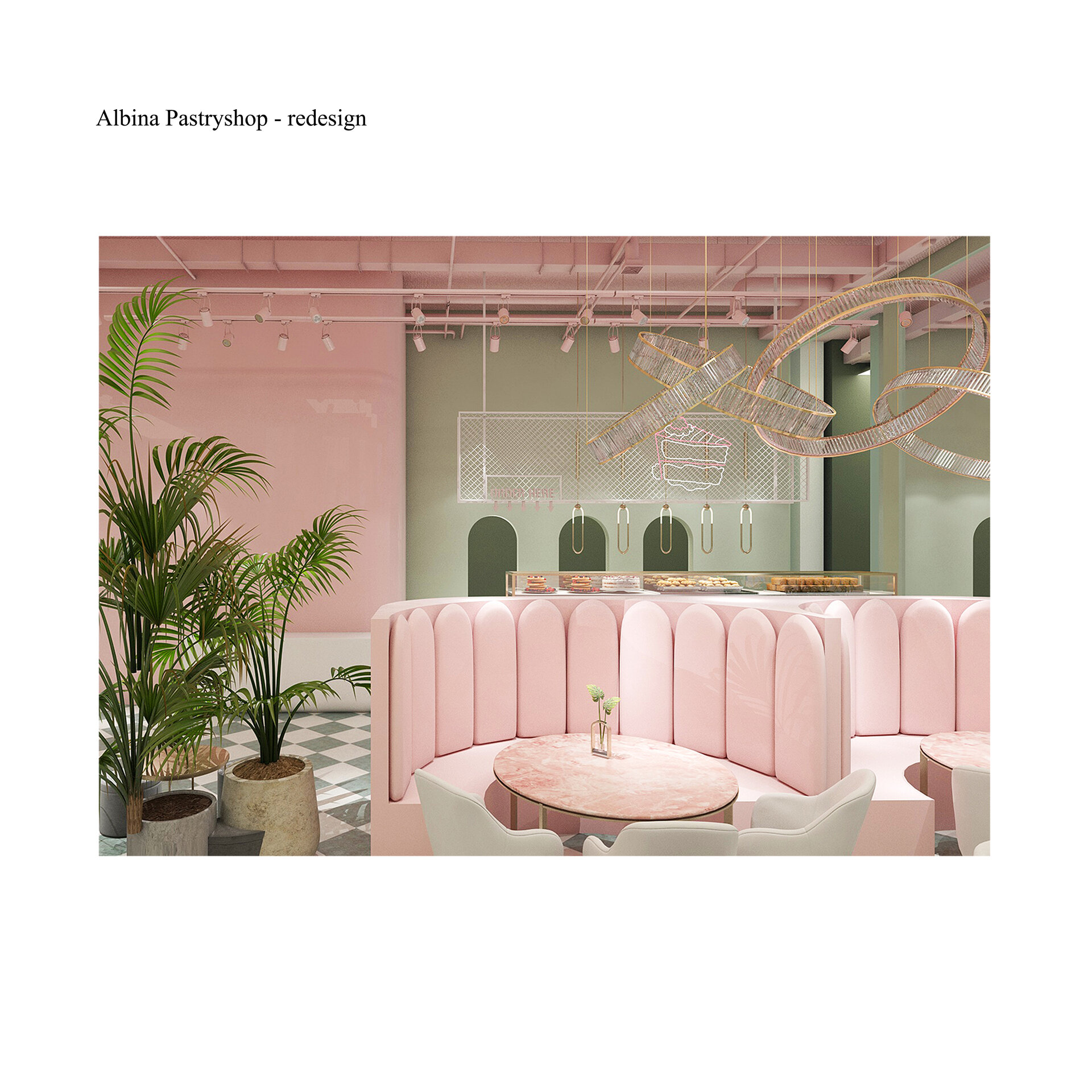 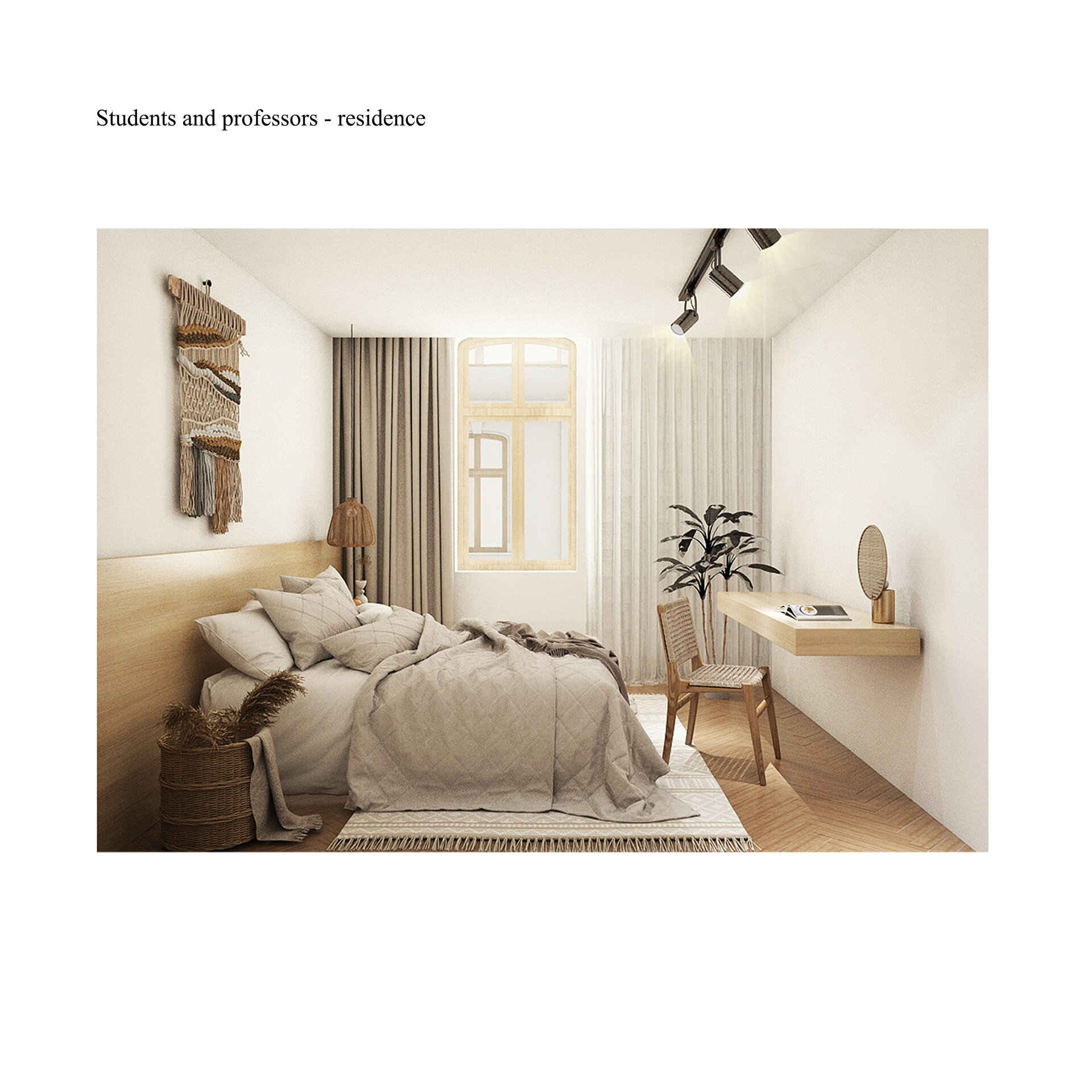 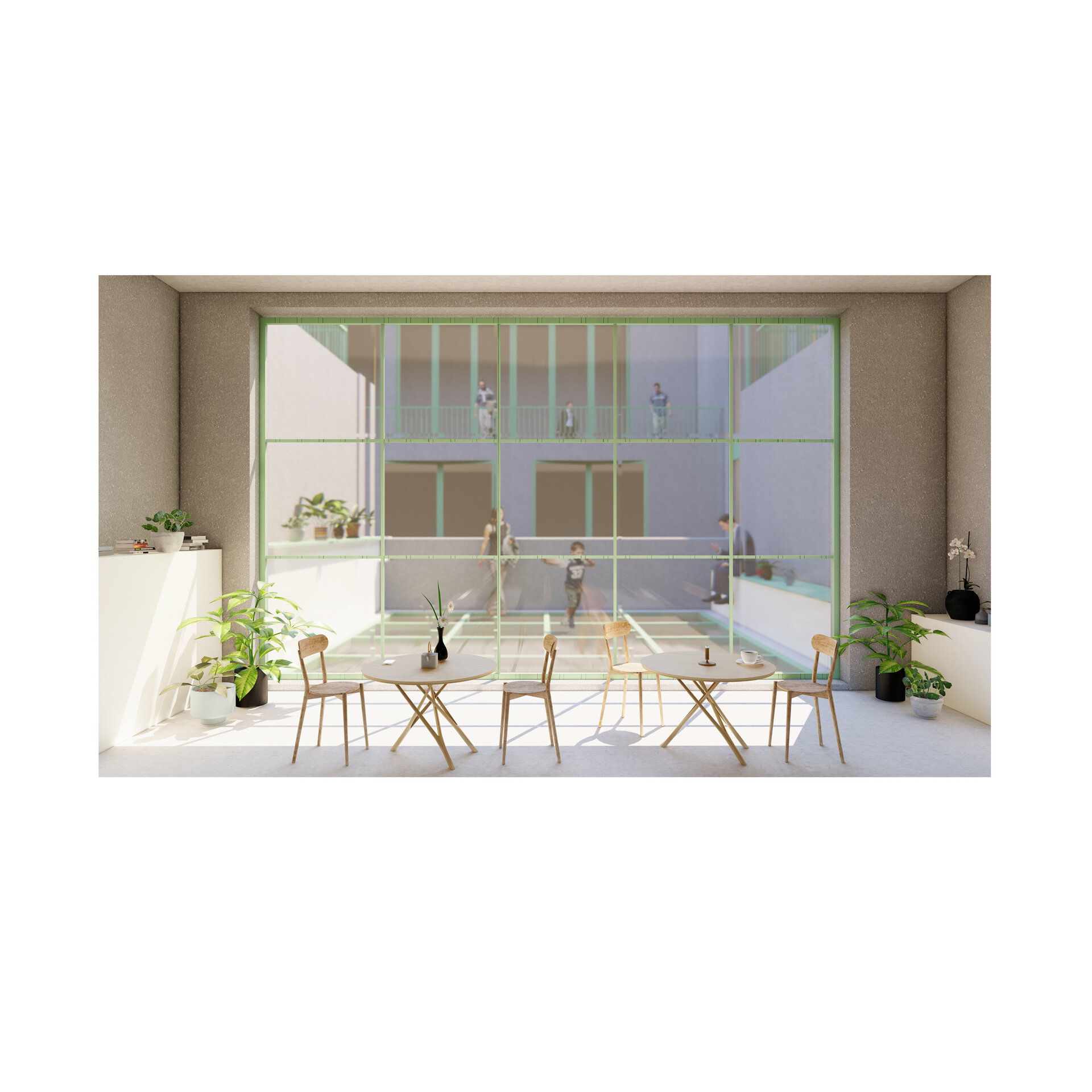 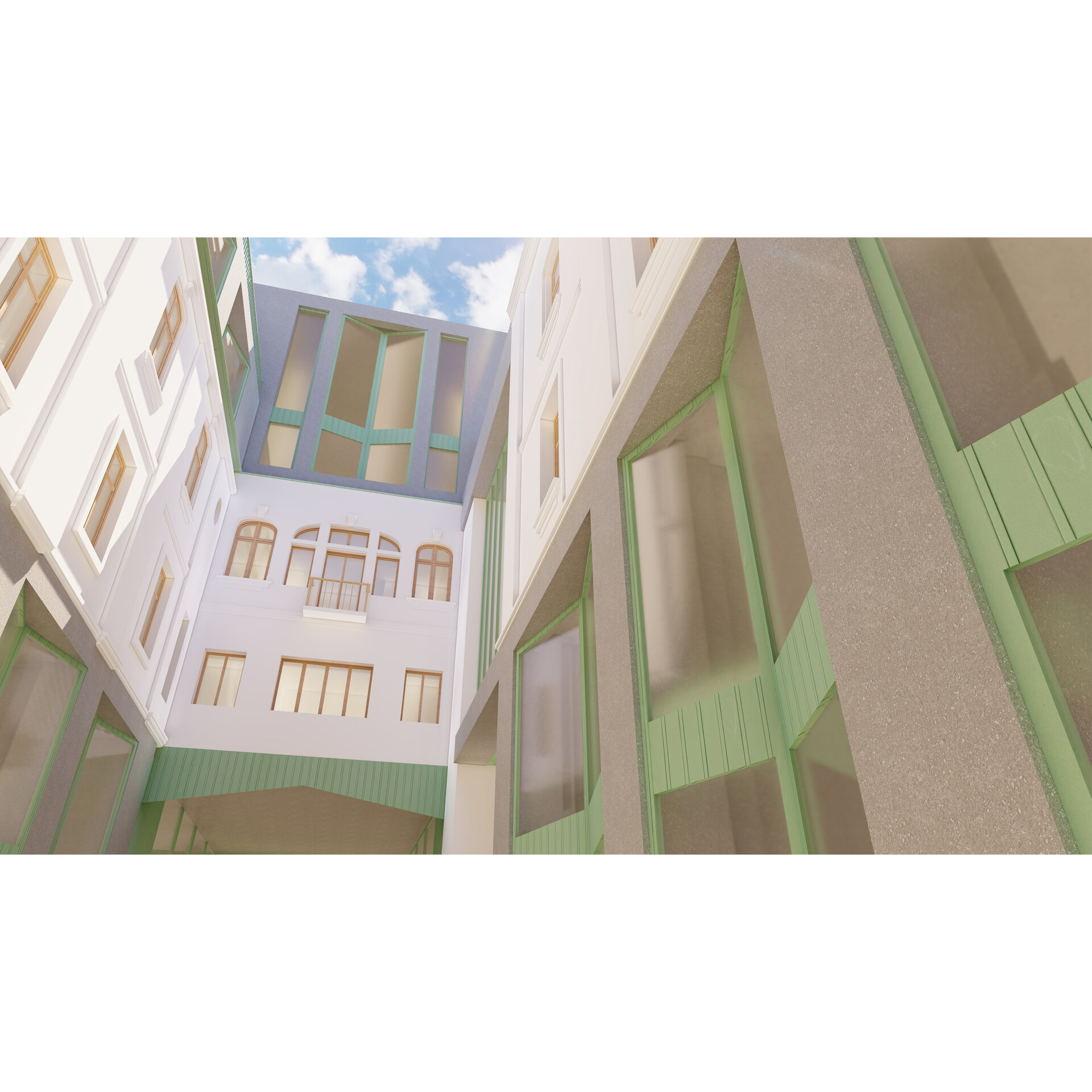