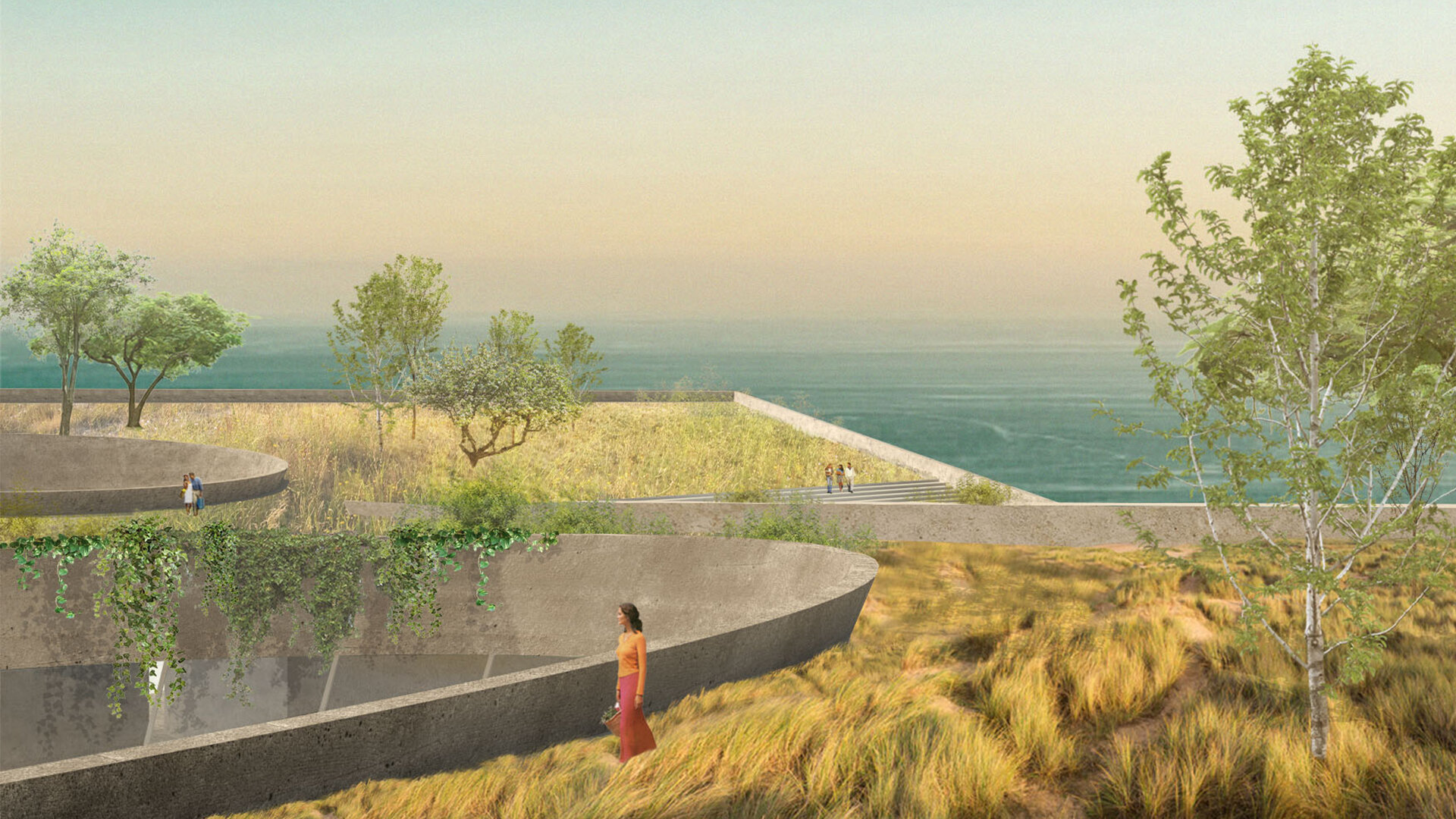 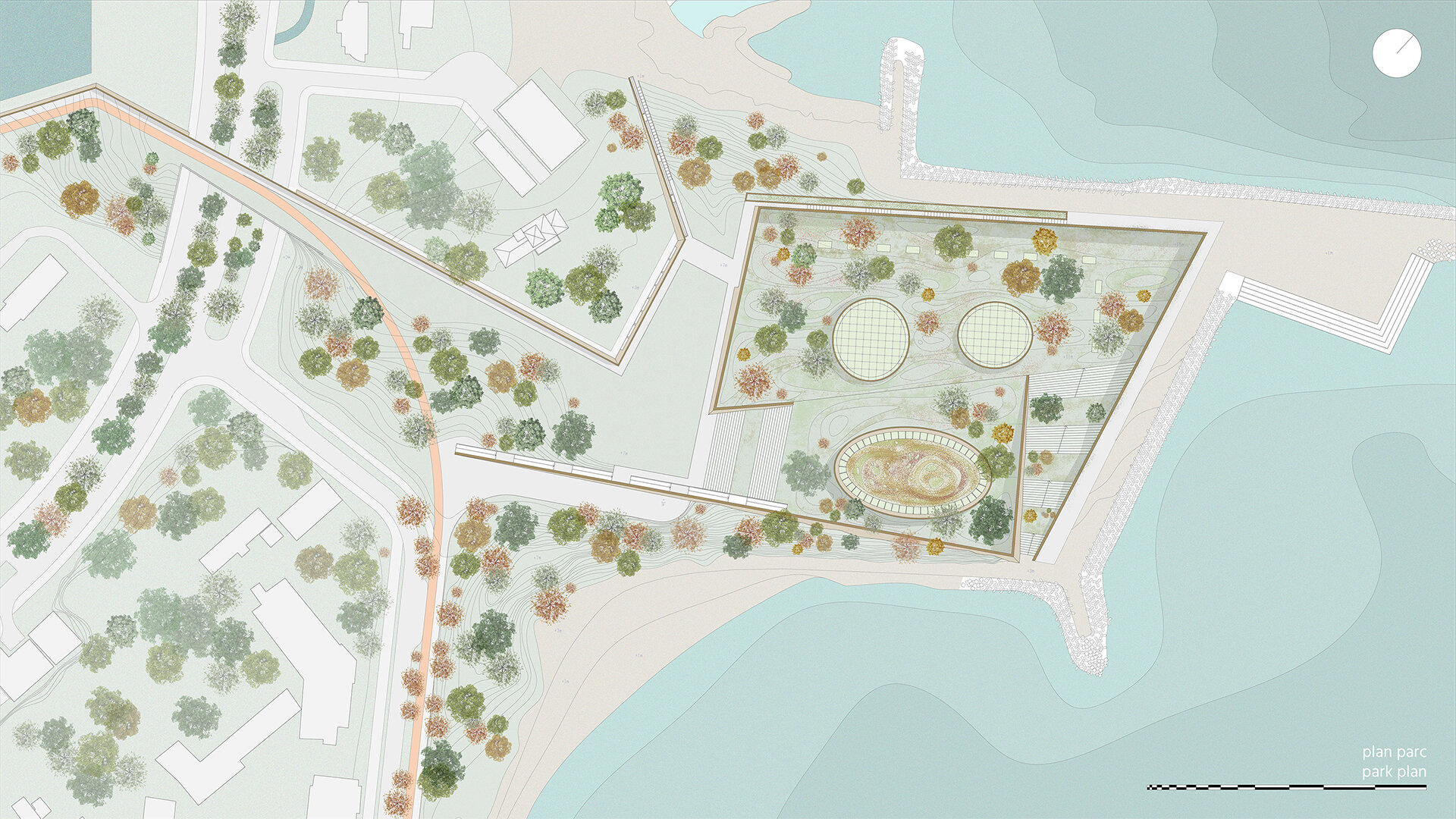 Learning about local ecosystems through play and architecture in an alive museum. BiO’ceanographic finds space at the confluence of waters, in between lake Tăbăcărie and the Black Sea, on the neighboring site of the former Bio-oceanographic institute, founded by Grigore Antipa in 1936. Here, successive deposits of residue formed a new, anthropic topography: building material.

On both master-plan and object scales, the intervention accounts for its surrounding natural elements. It speculates and augments the line of contact between human, vegetal, mineral, and aquatic space.

The architectural tapestry of Constanta had ruptured during a time of great egocentrism, where private instances took reckless action upon the urban fabric. BiO’ceanographic looks to sew back together loose threads and re-establish broken links between the human habitat and local natural ecosystems. It’s about bringing back the horizon to a city that keeps looking away from it.

The museum showcases a biotope contained within the themed greenhouses, aquariums, and observatory. It is around these alive capsules that the interior space begins to structure itself. A vegetal shell wraps overtop the park. The research center activity feeds the exhibition with relevant content, turning the museum into an experimental environment.

A tectonic movement of earth plaques makes room for this activity to take place and continuously recomposes the image of the horizon. The alive museum transforms in time, and during its expansion, it educates about and protects nature.

The museum is moment 0; the starting point of a walk around the lake or along the seaside. A park with tentacles, underneath which a surprising world of marine and vegetal life hides. A few entryways lure you in, through the long concrete walls, under the cover of the earth. The overtop walking routes remain uninterrupted and sculpt the existing topography in a swoop. 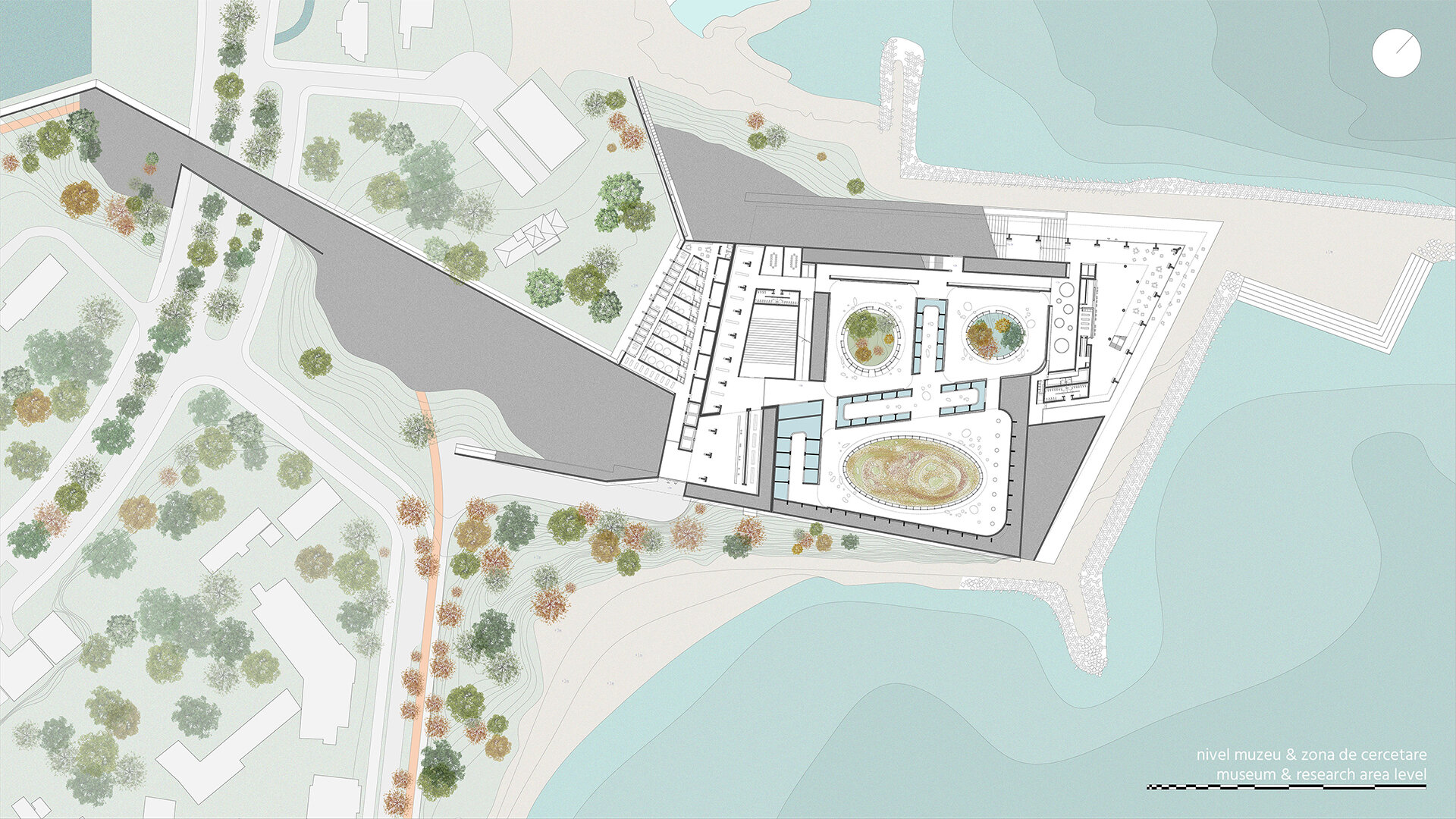 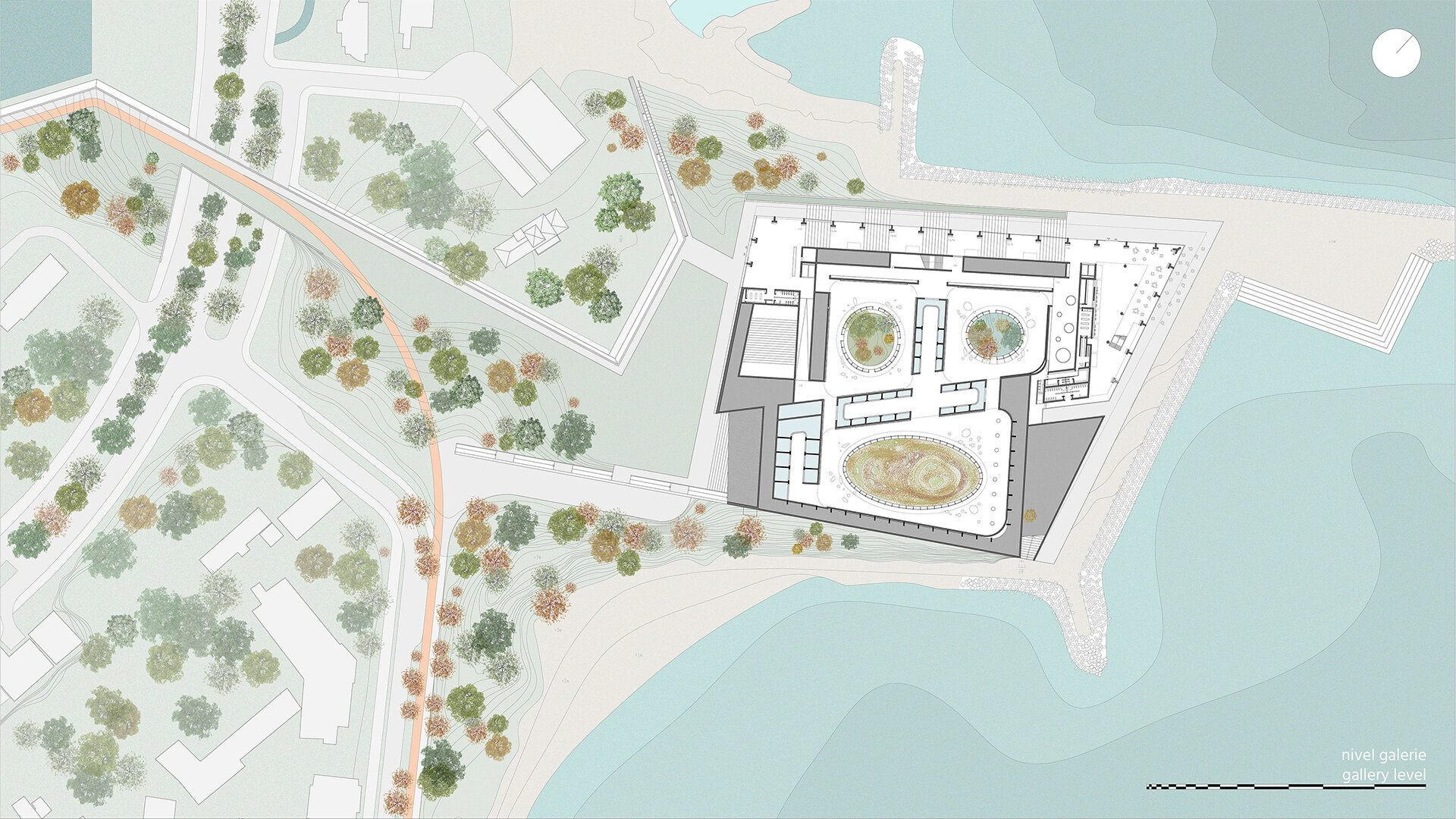 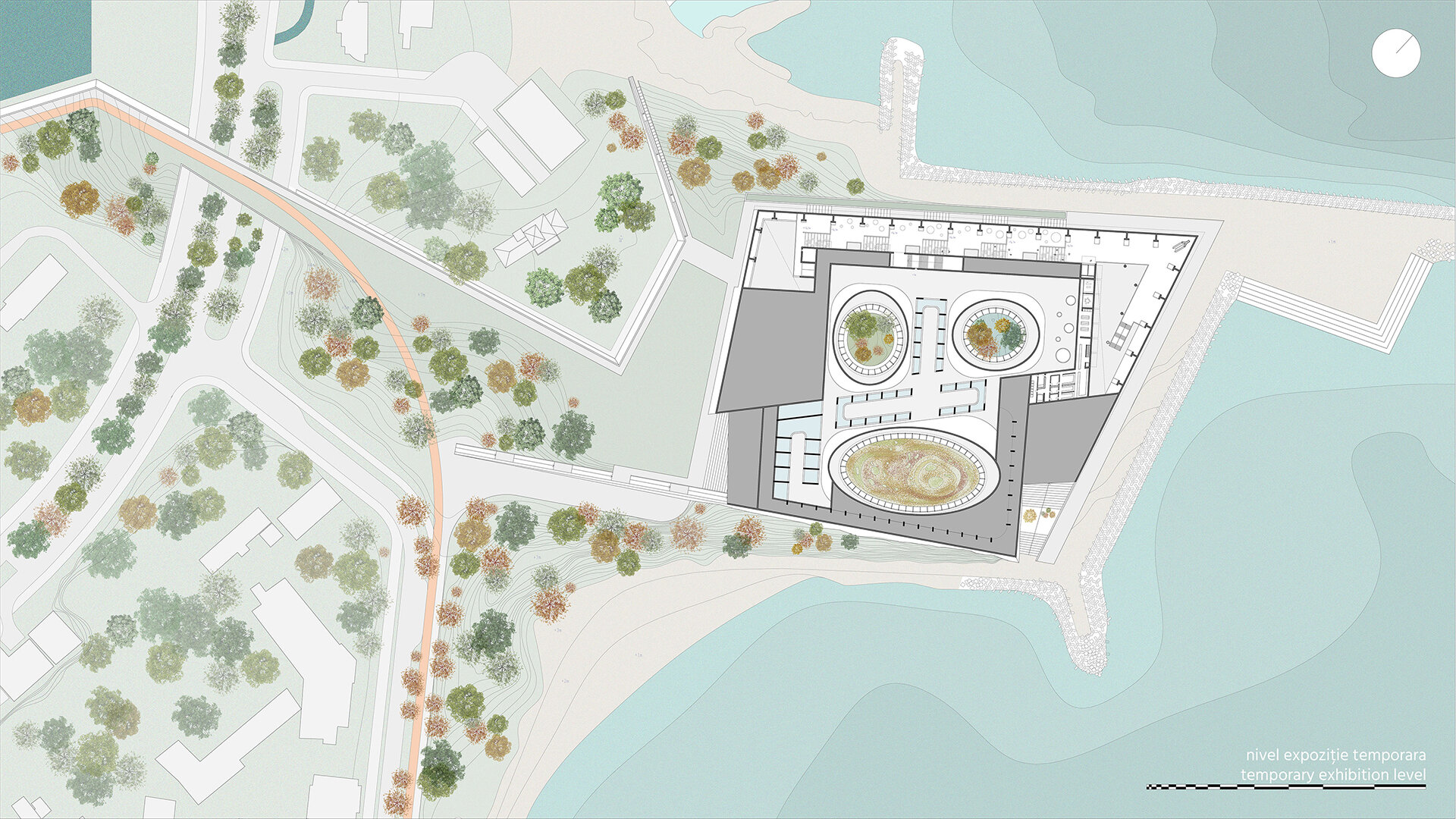 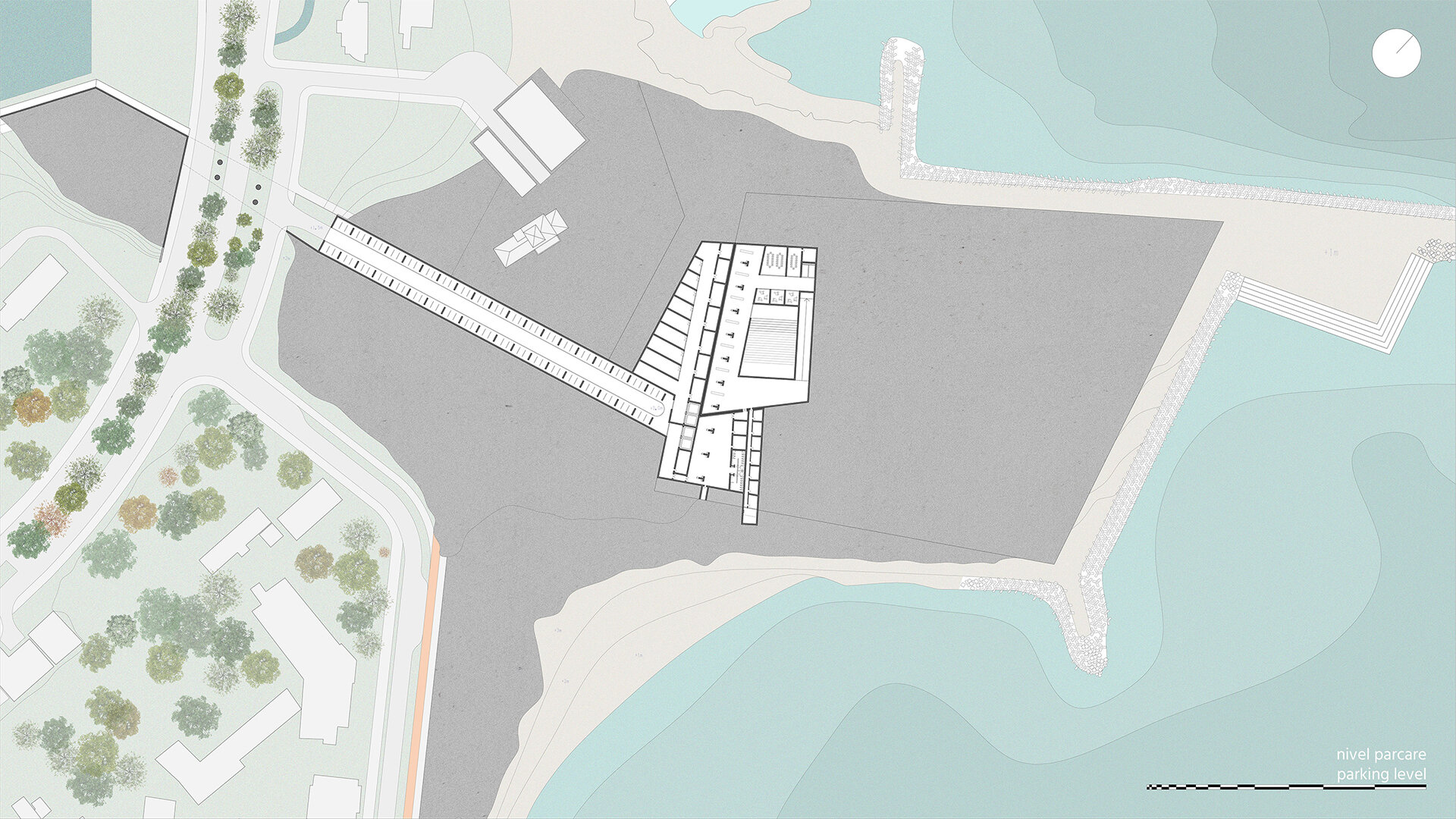 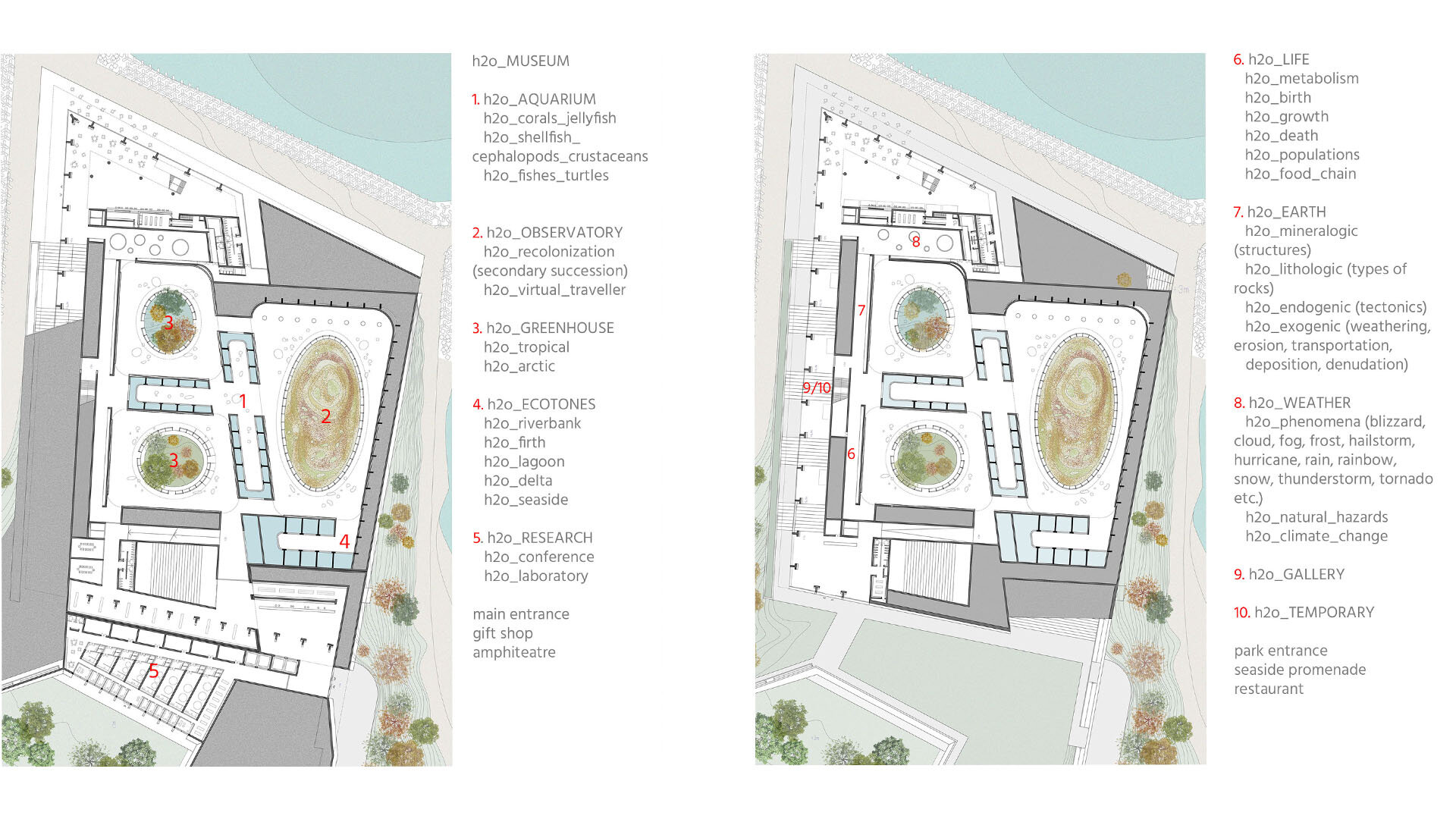 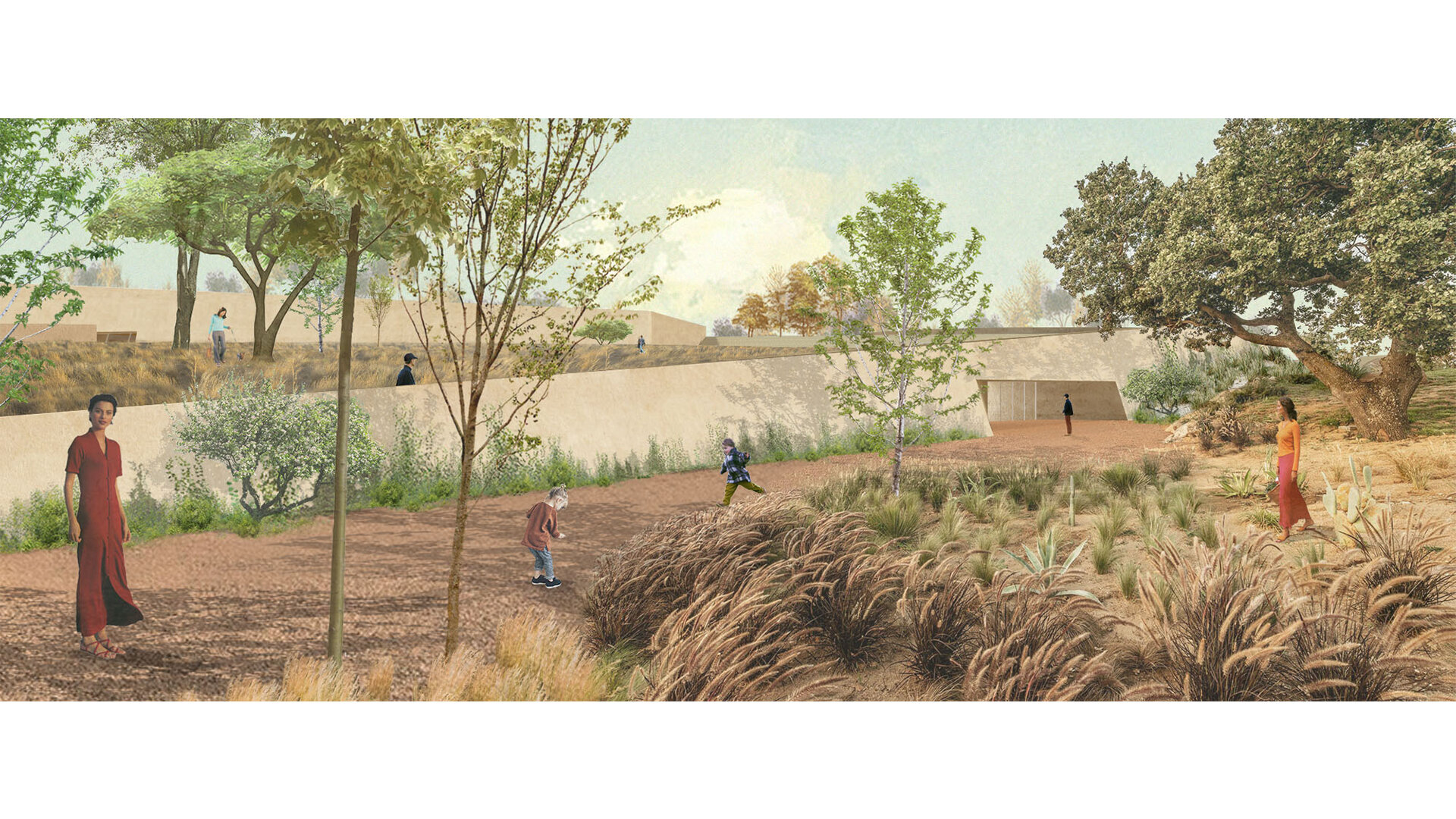 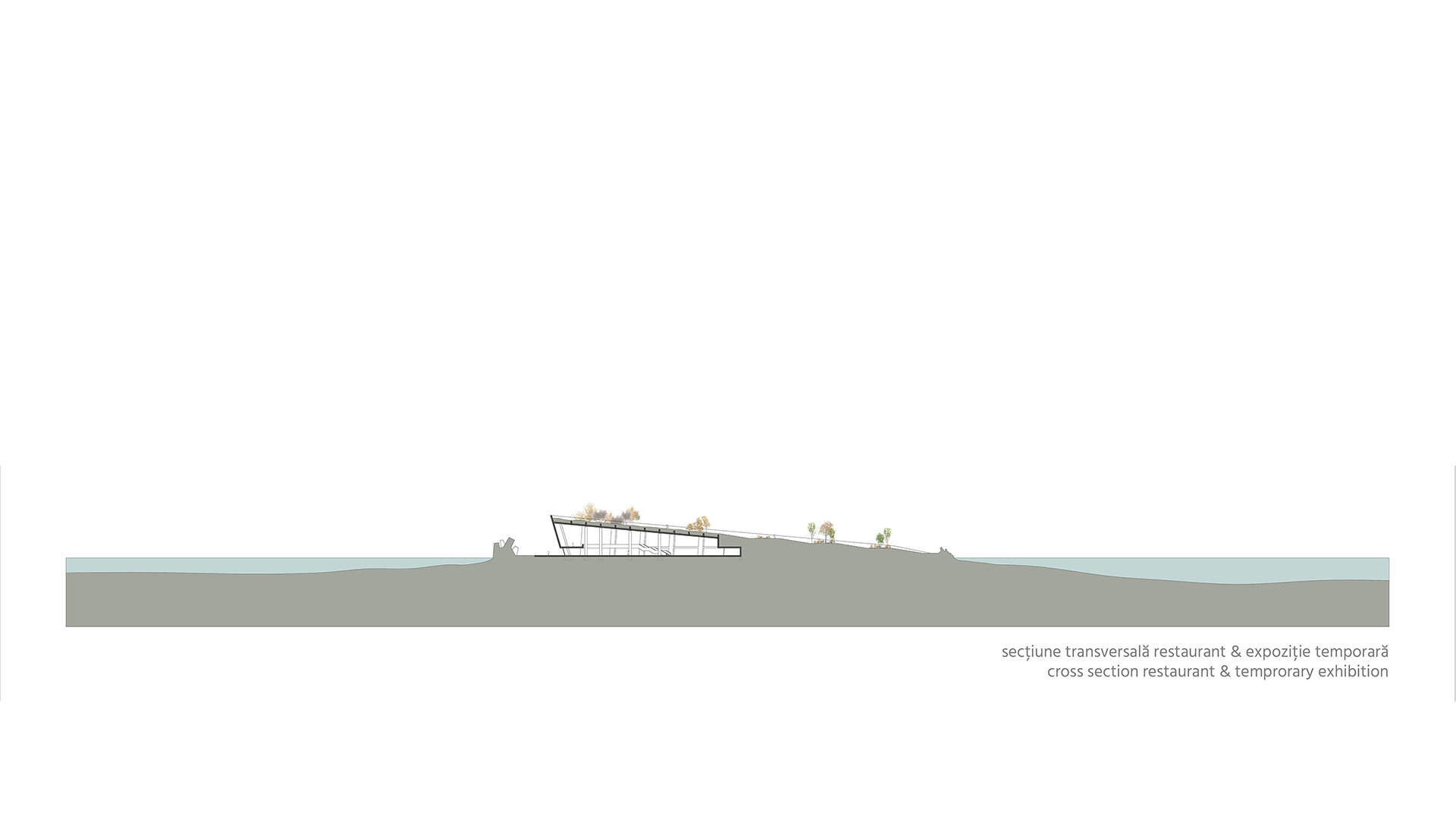 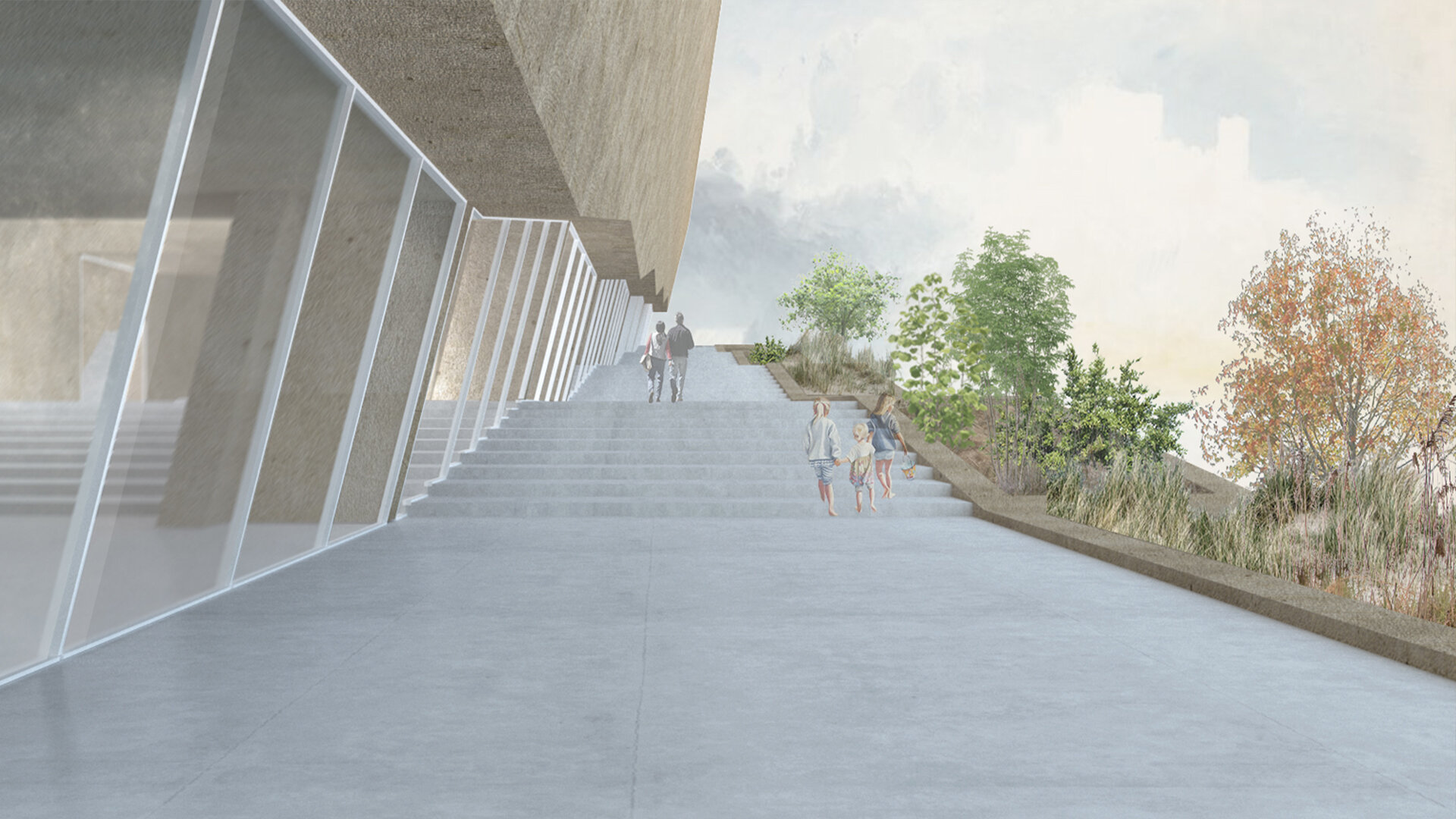 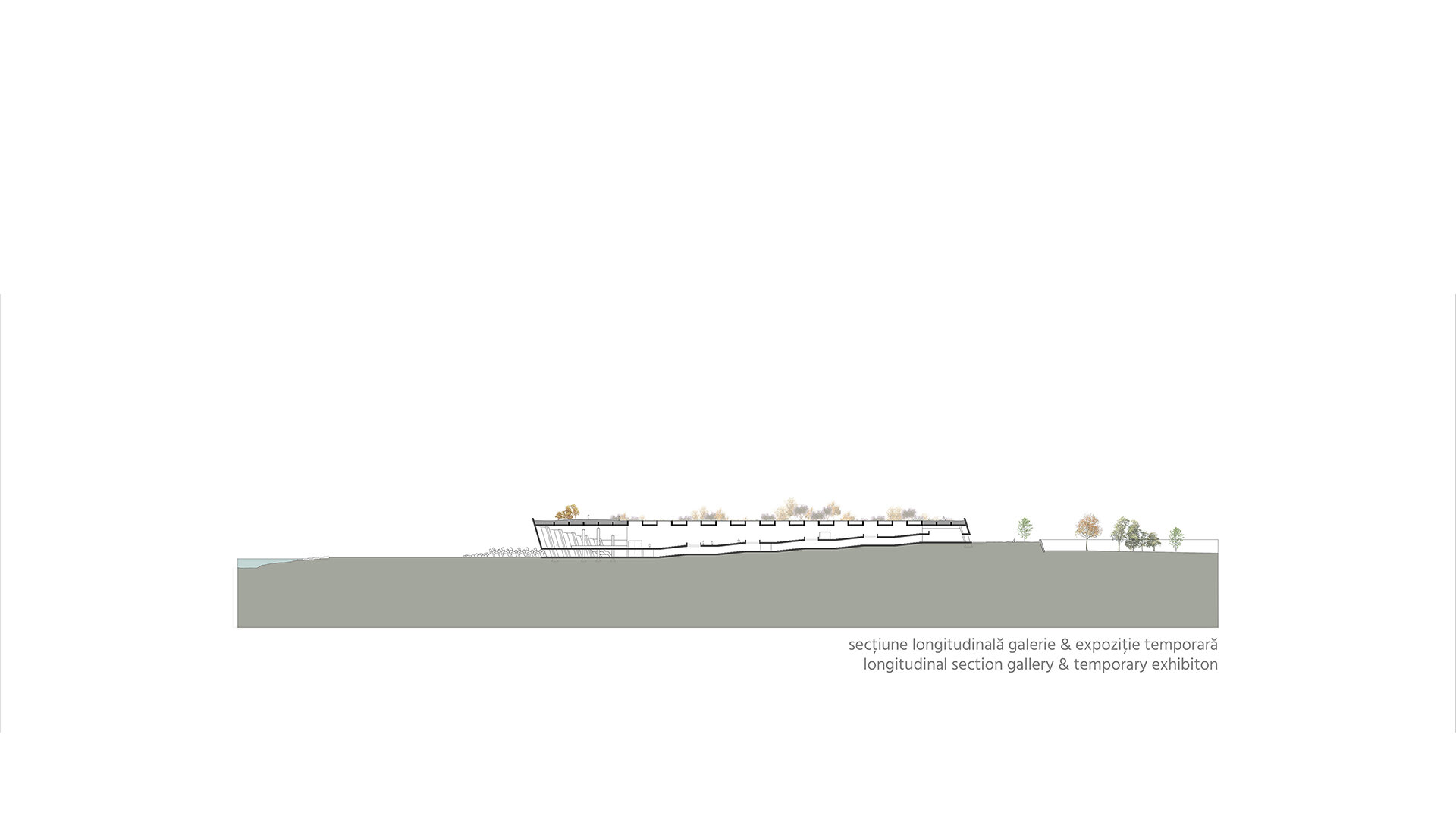 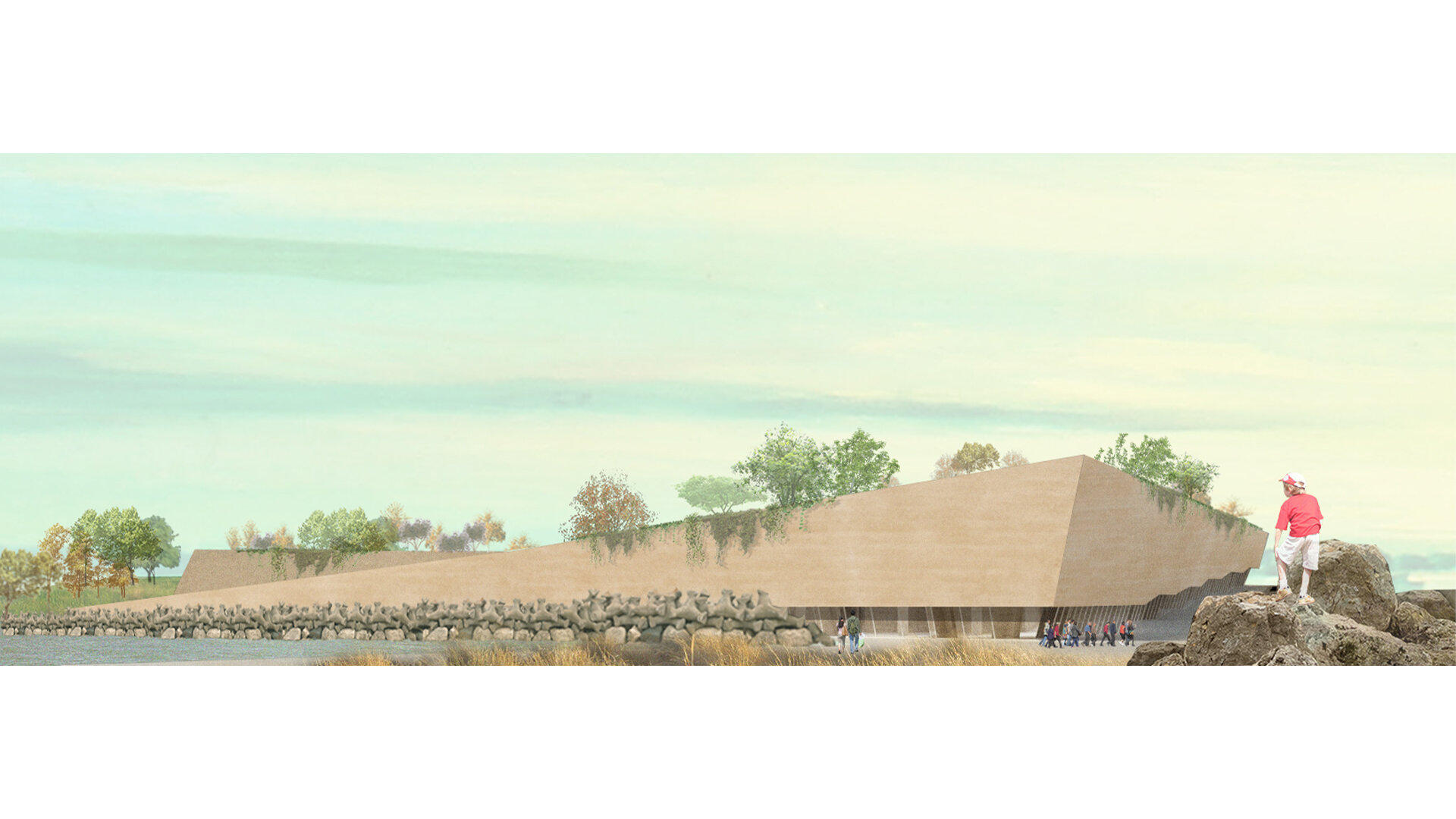 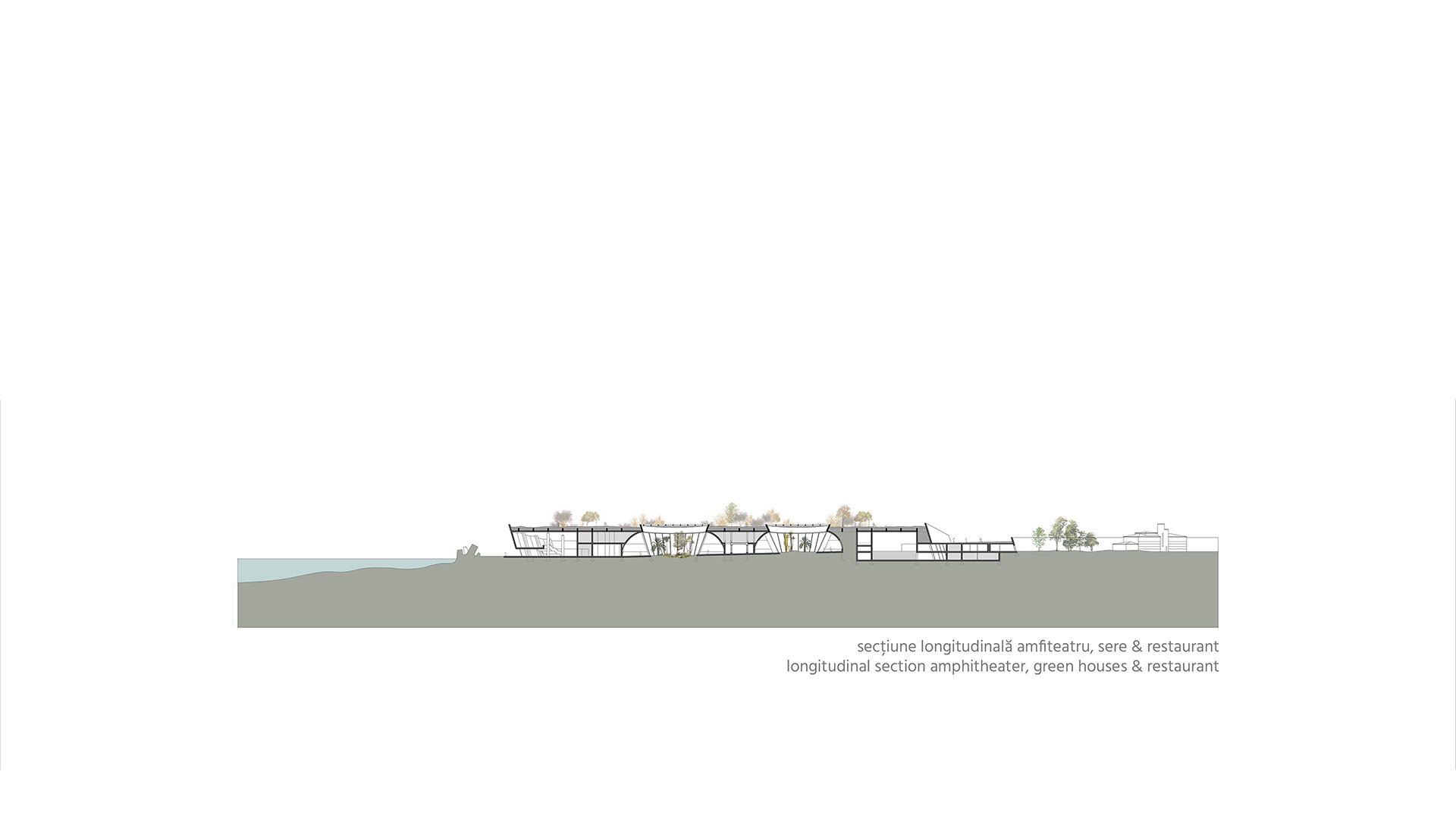 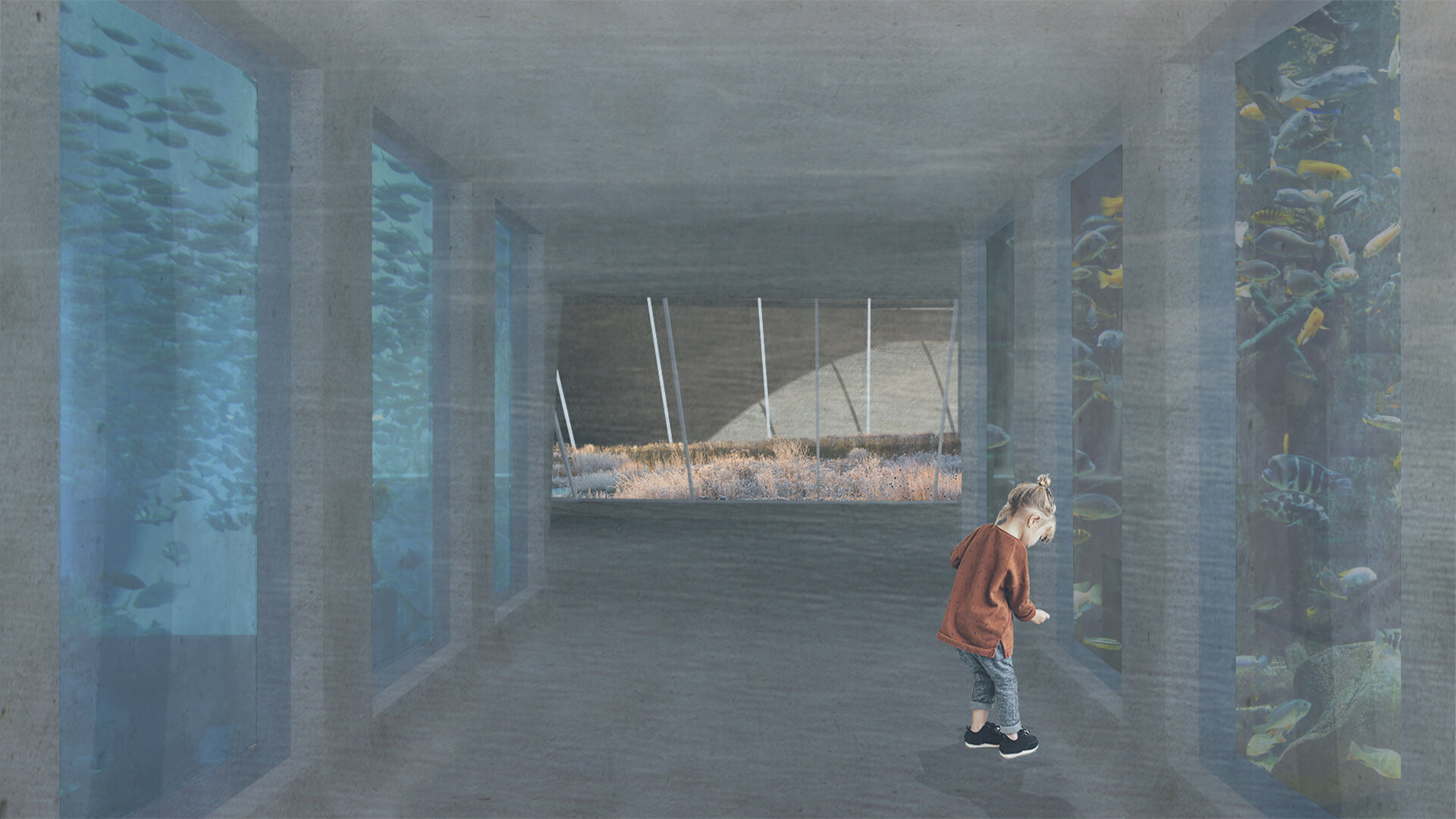 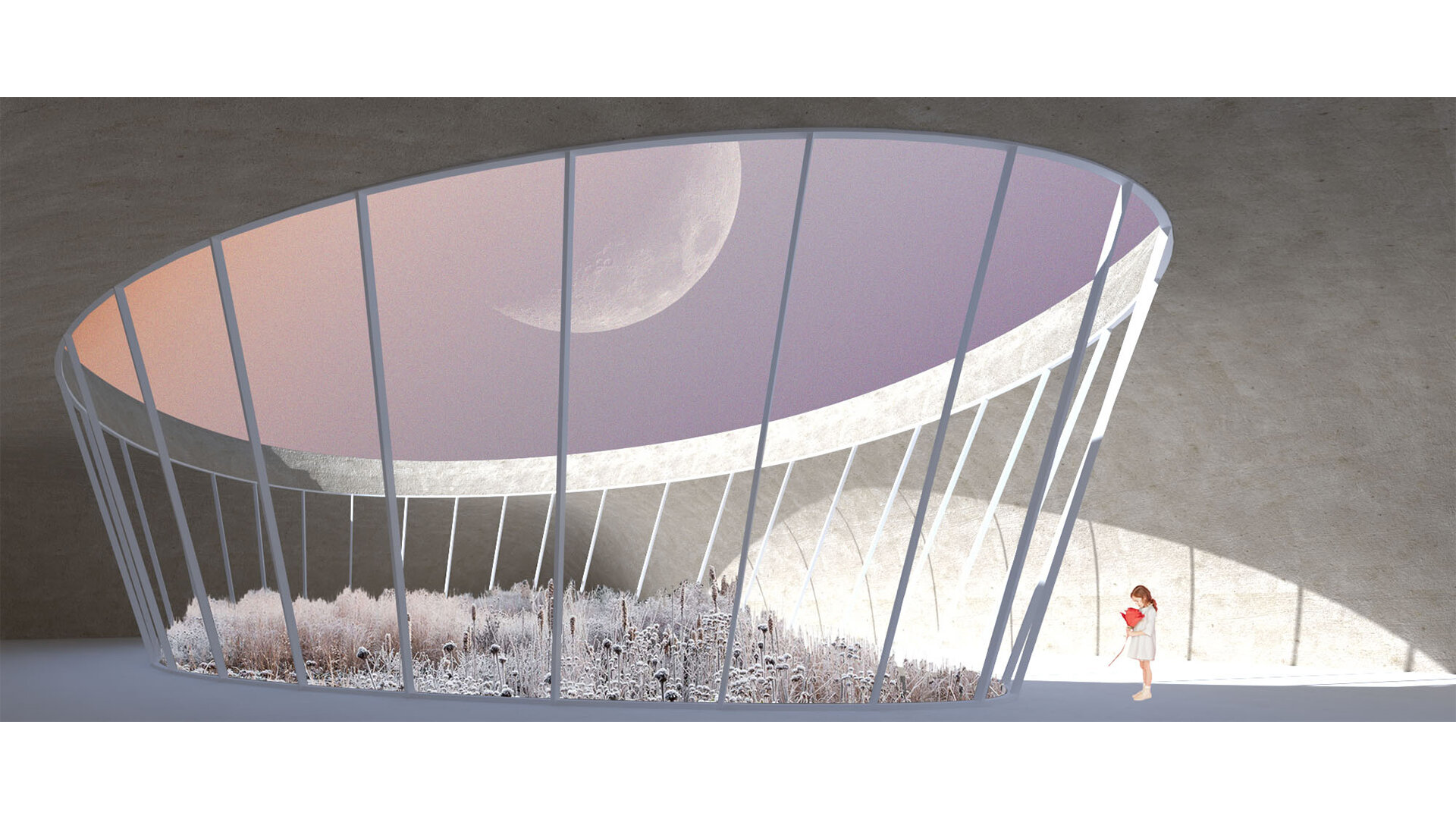 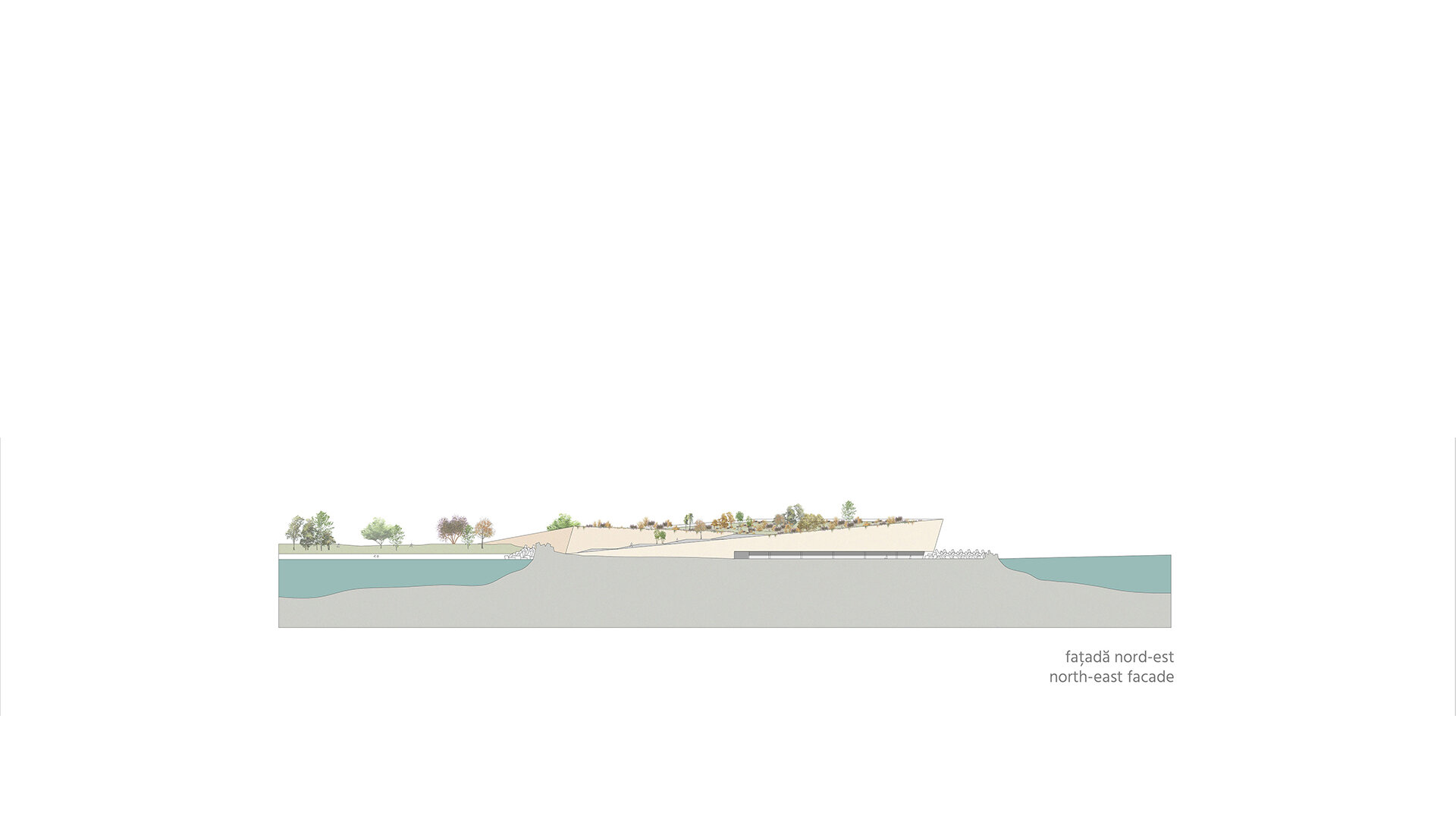 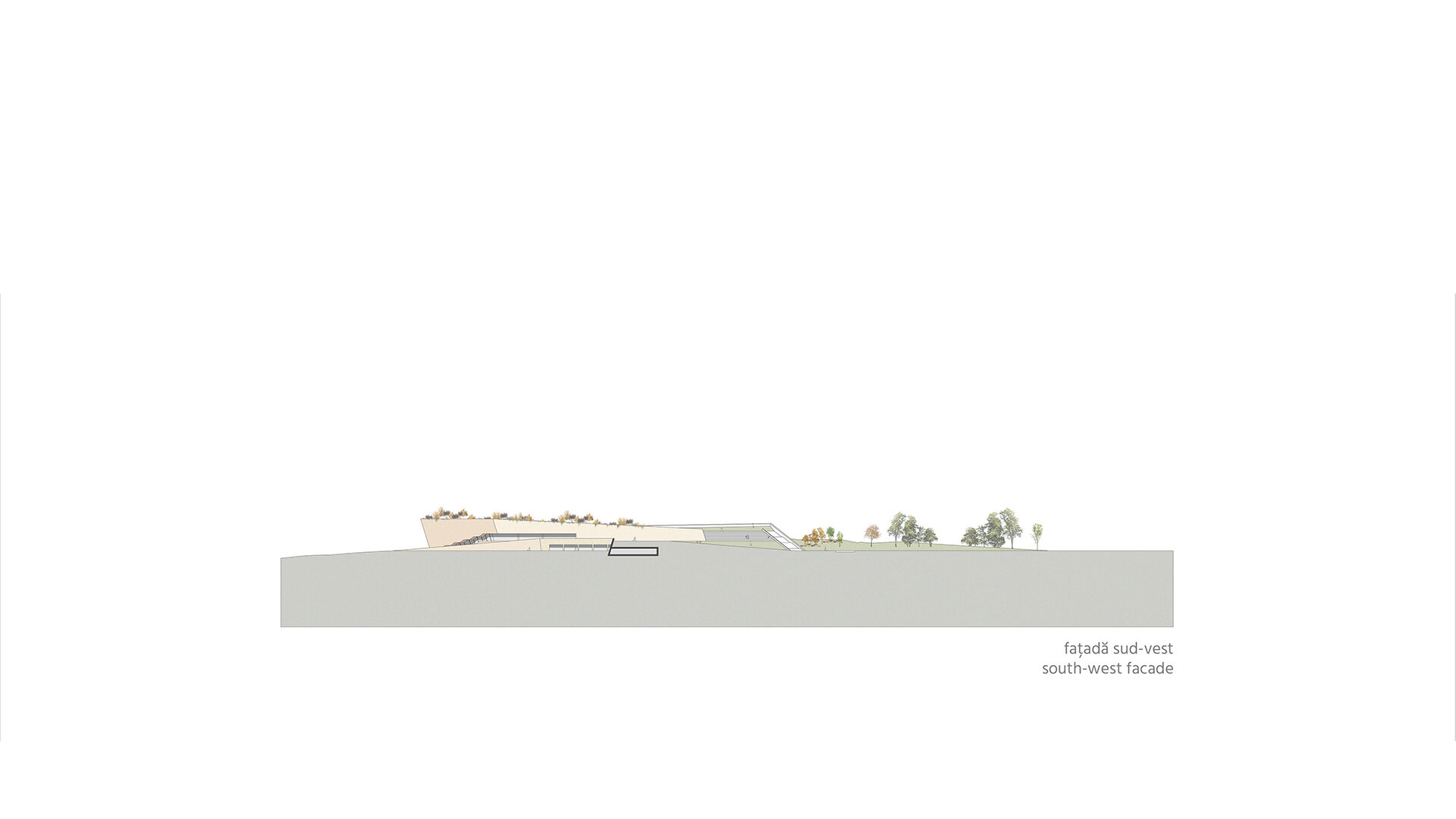 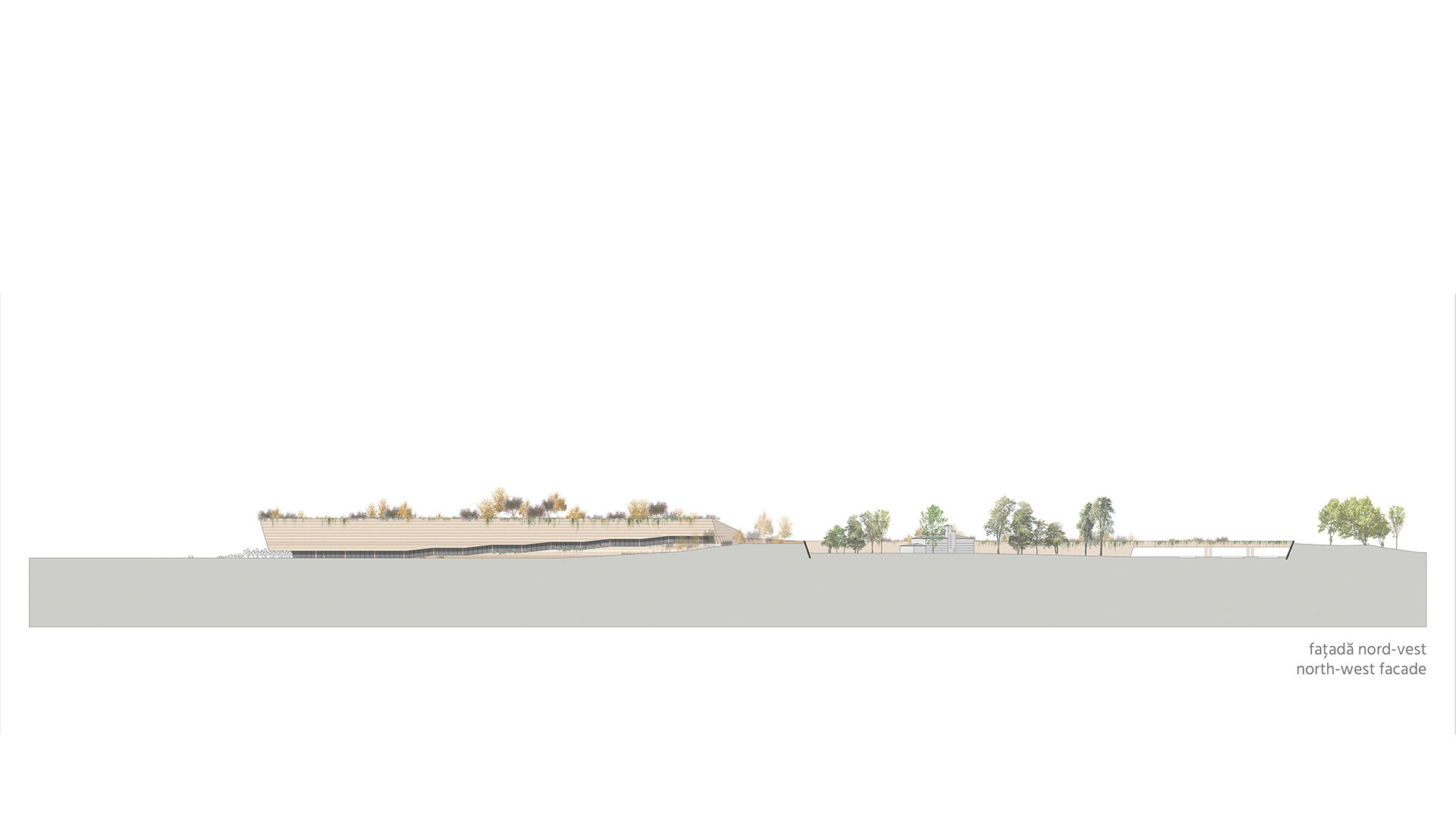 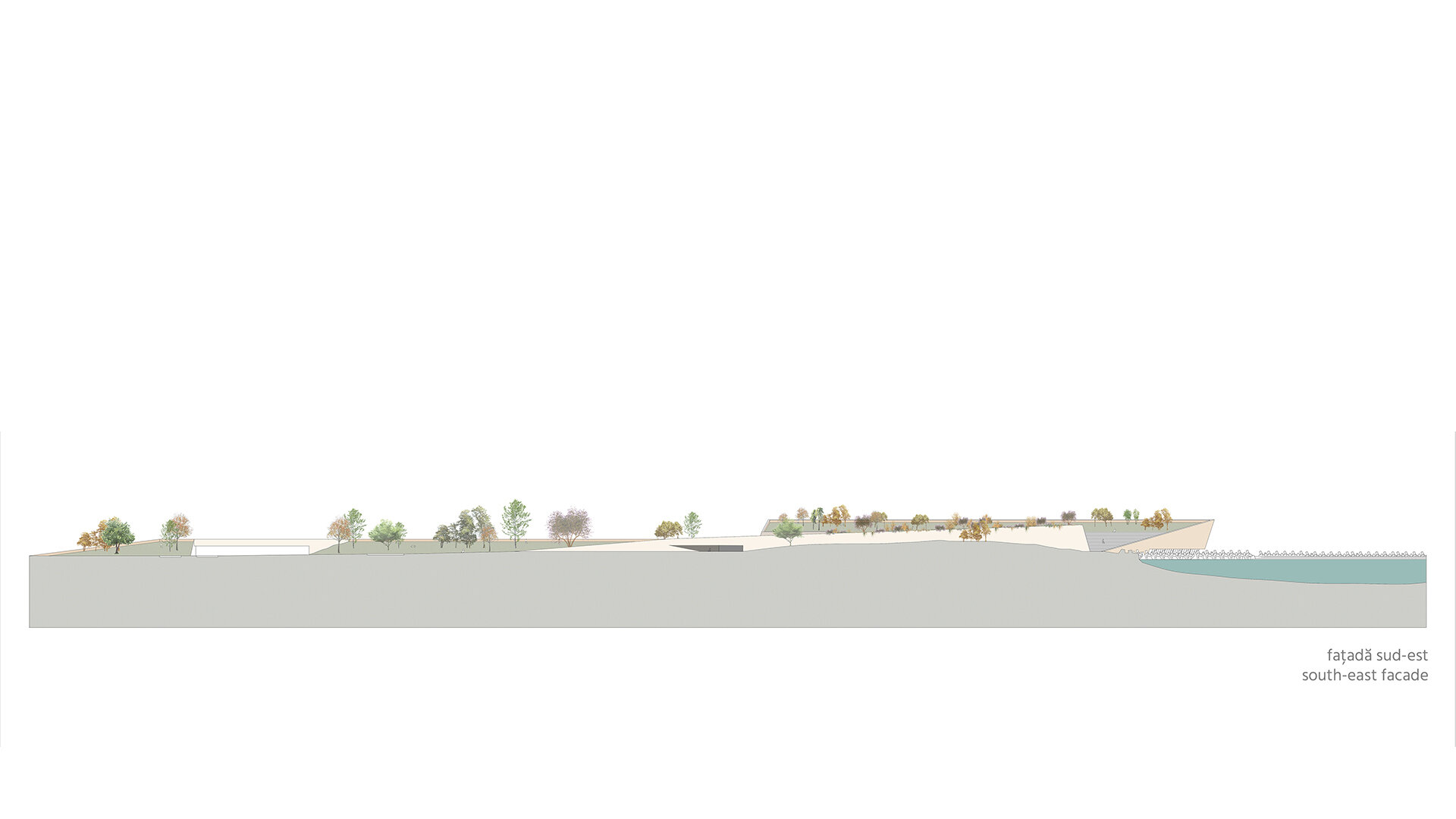 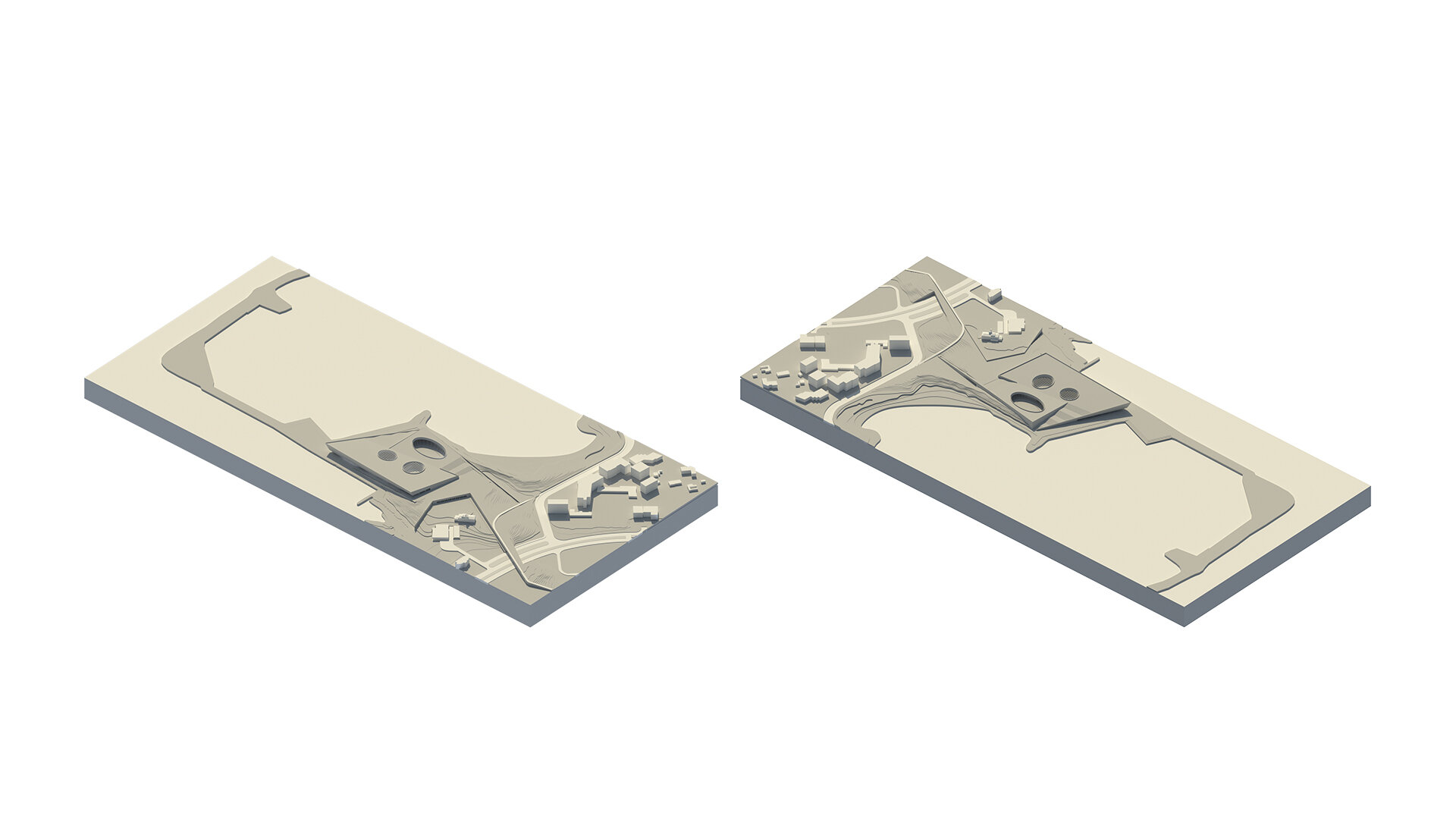 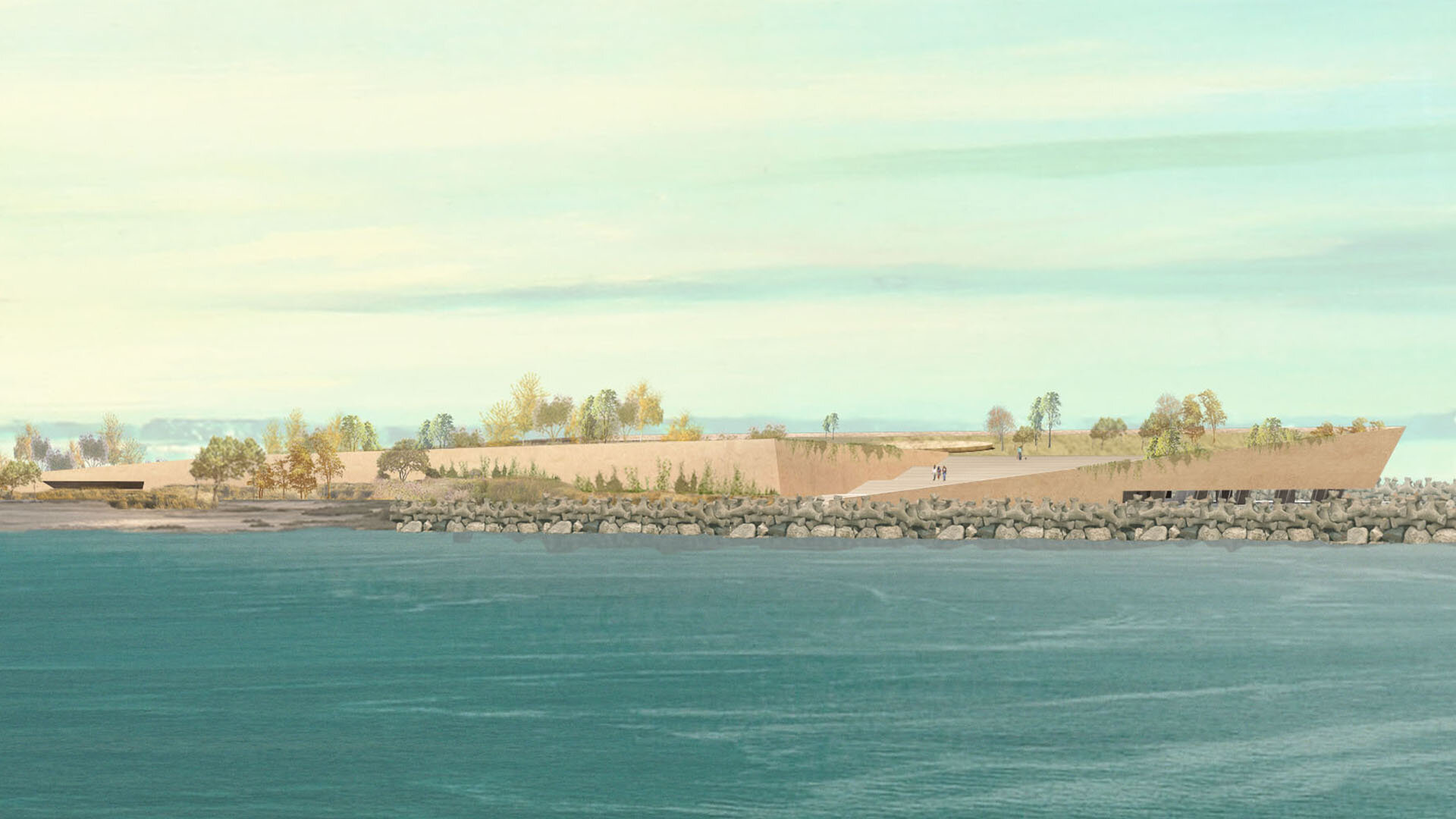