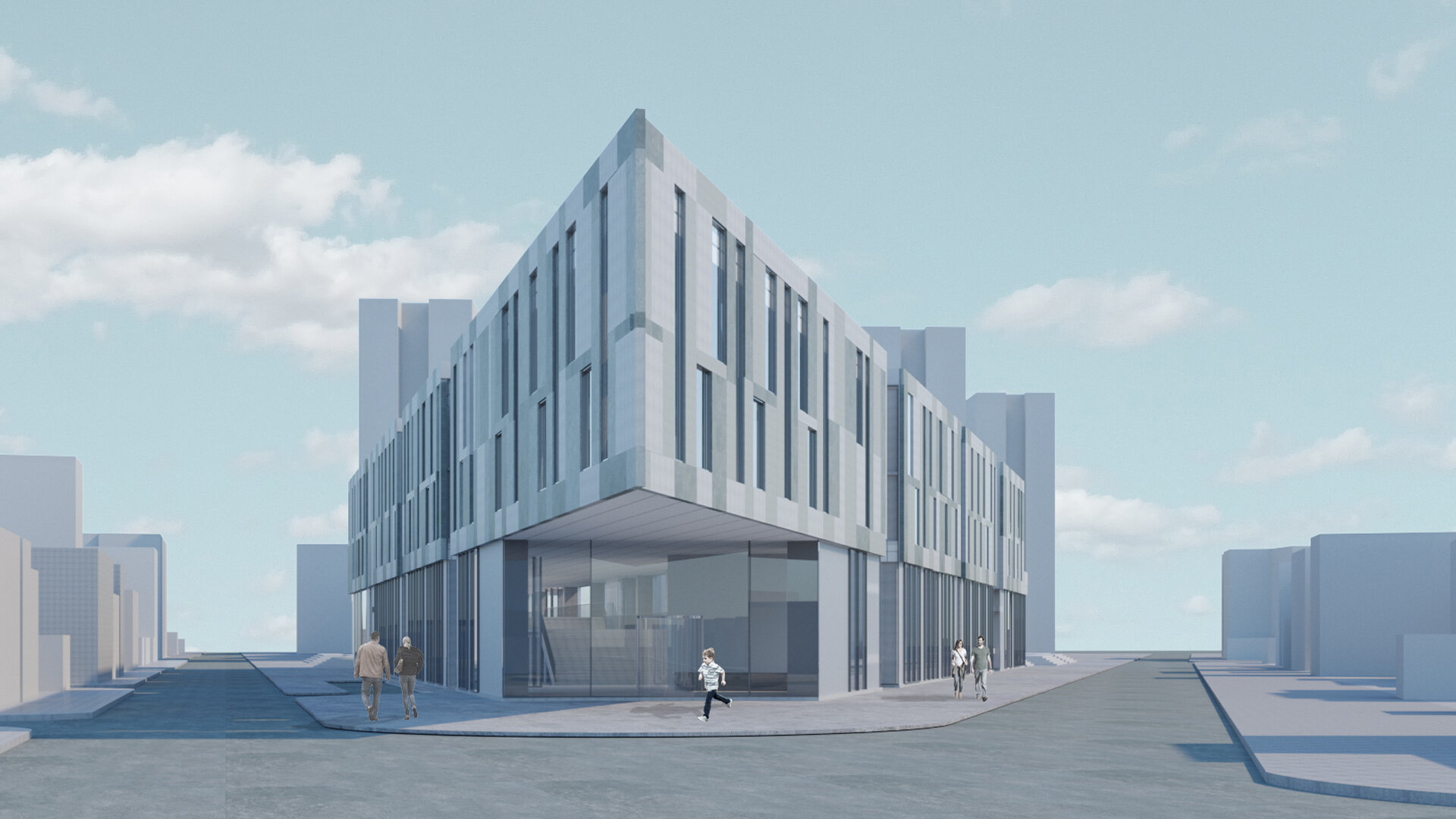 A new identity for disadvantaged communities. Social assistance center in the 5th district of Bucharest

The gradual closure of industry in the 1990s led to the formation of large numbers of areas of social exclusion and ghetto-type communities.
My diploma project site is located in Ferentari neighborbood of Bucharest on the plot of the Sălaj Commercial Complex, at the intersection of Sălaj Road with Humulești Street,in a problematic area both from social and building environment point of view.
Some factories were closed in the 90s, and the apartments were populated by homeless people, for whom the local administration made, in time, a lease or sale-purchase contract, which caused the gradual overcrowding of housing and, subsequently, their accentuated deterioration.
The diploma project aims, through multiple interventions, both the revitalization of a degraded area in the Ferentari neighborhood, so as to reactivate it from a social, economic or functional point of view, and the social reintegration of vulnerable groups, by proposing a social assistance center that covers all needs identified in the area.
This project proposes an intervention in the public space whose identity will be built together with the community, fulfilling the needs of users in the Ferentari neighborhood, respectively in the Sălaj area. The space will also have a sustainable component, as it wants to change its destination according to the development of the area in the coming years, by using a support structure.
My proposal is to demolate the existing constructions belonging to the Sălaj Complex and to design a multifunctional public building, which offers a new landmark of the neighborhood and is positioned in the visual axis of the Sălaj road route.
The building is based on a reinforced concrete structure with rigid reinforcement, which allows large openings and spatial and functional flexibility. I have also proposed a secondary structure inside the building, which generates a certain architectural spectacle, through the floors that communicate with each other (as can be seen in the section), the level differences or the inner courtyards, offering a unique visual and spatial experience.
This new building has a ground floor surrounded by glazed surfaces (translucent glass alternates with transparent glass), with the function of commercial spaces. The upper floors will be a social assistance center with services for vulnerable groups in the 5th district (especially young people), as well as administrative spaces, wanting to bring the missing facilities within disadvantaged communities that can contribute to the social integration of these groups. 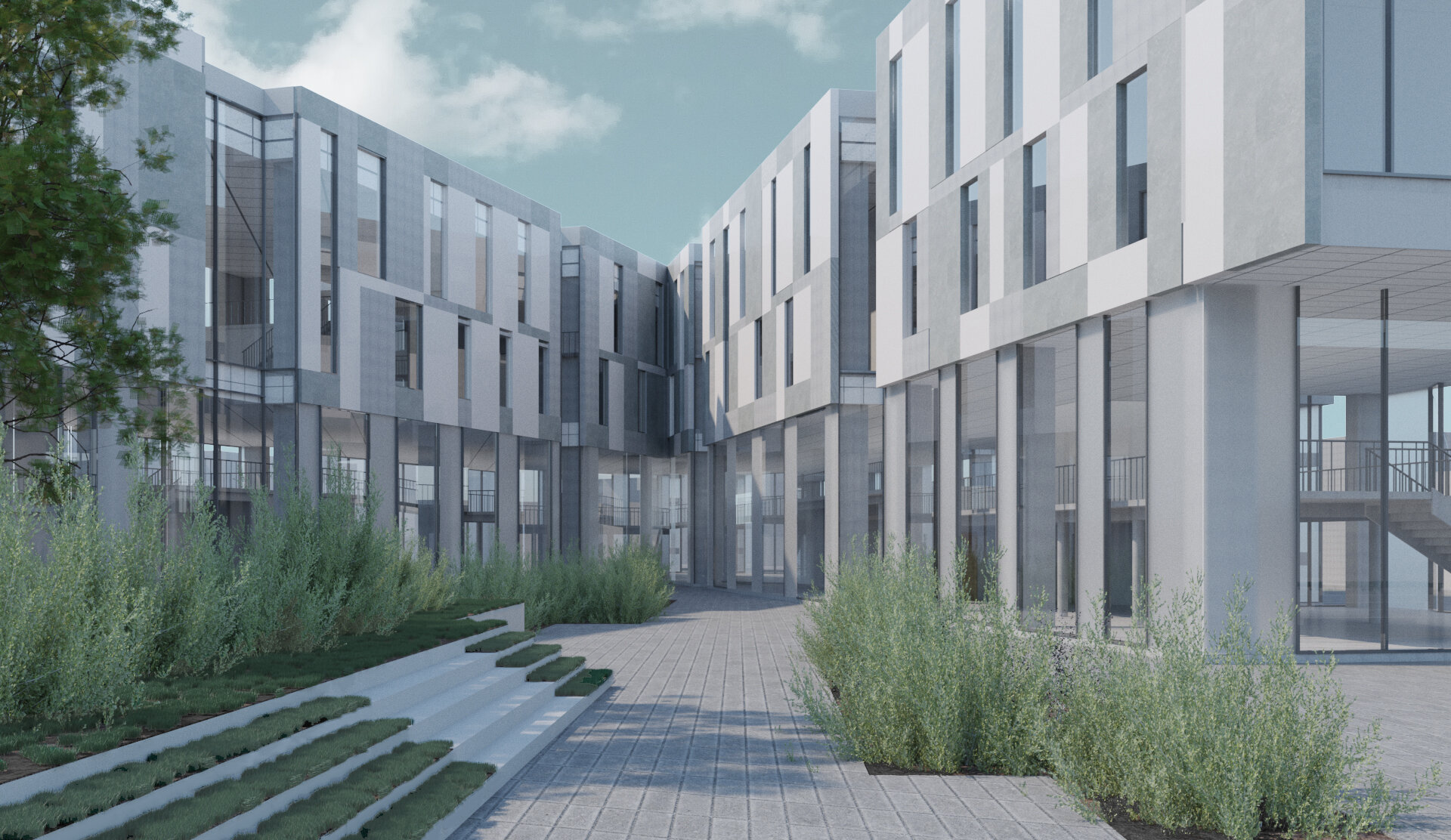 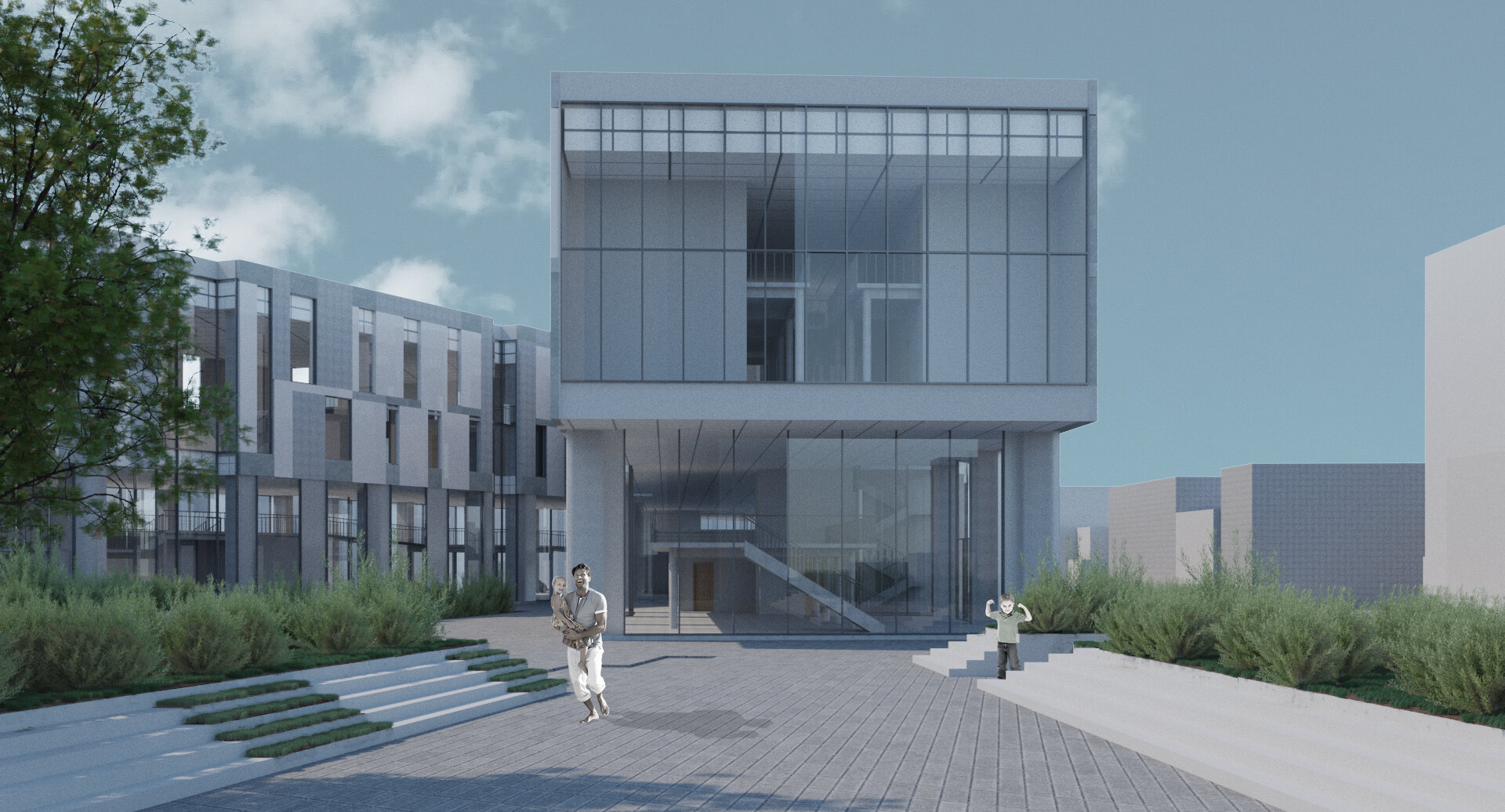 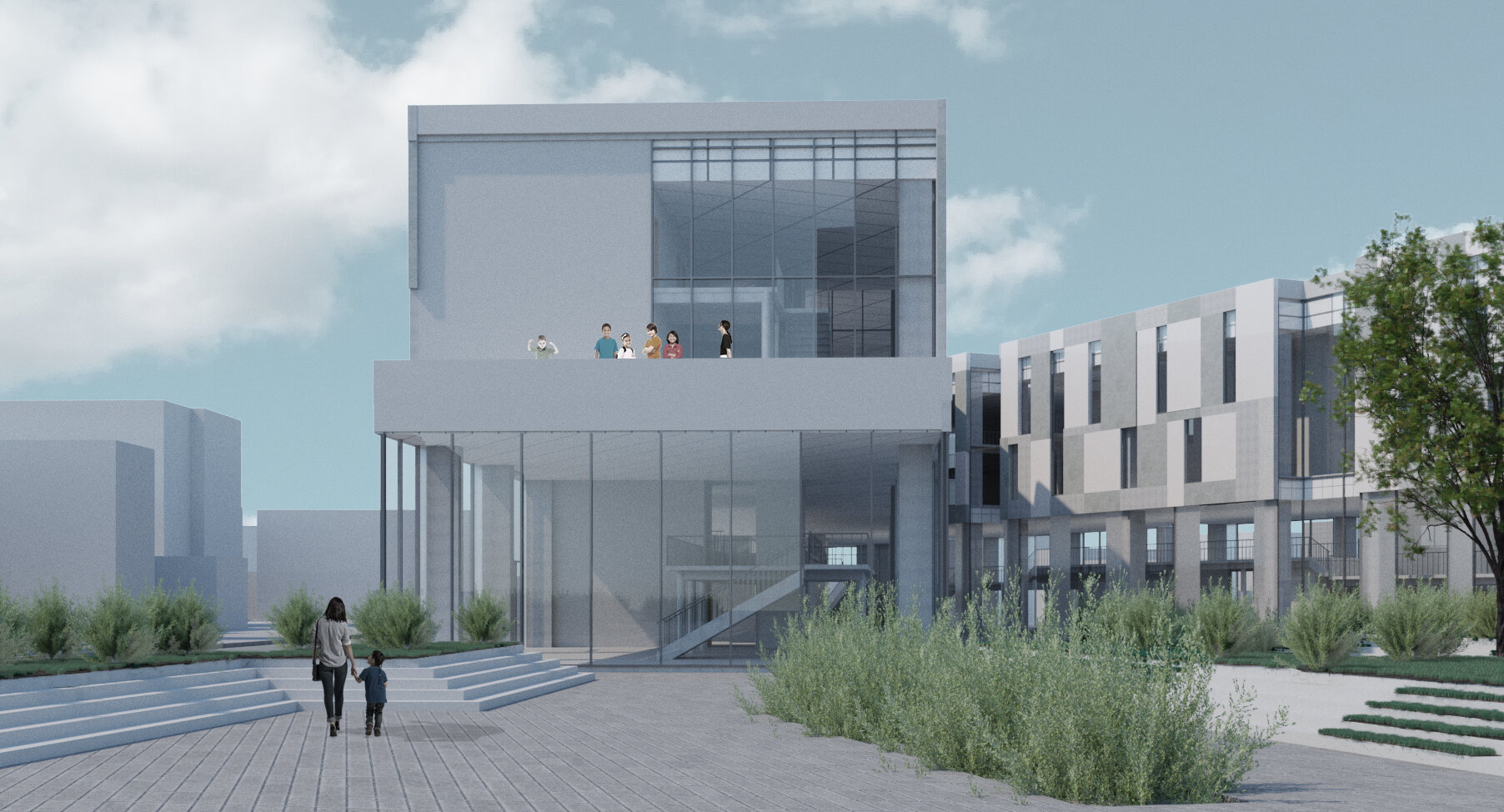 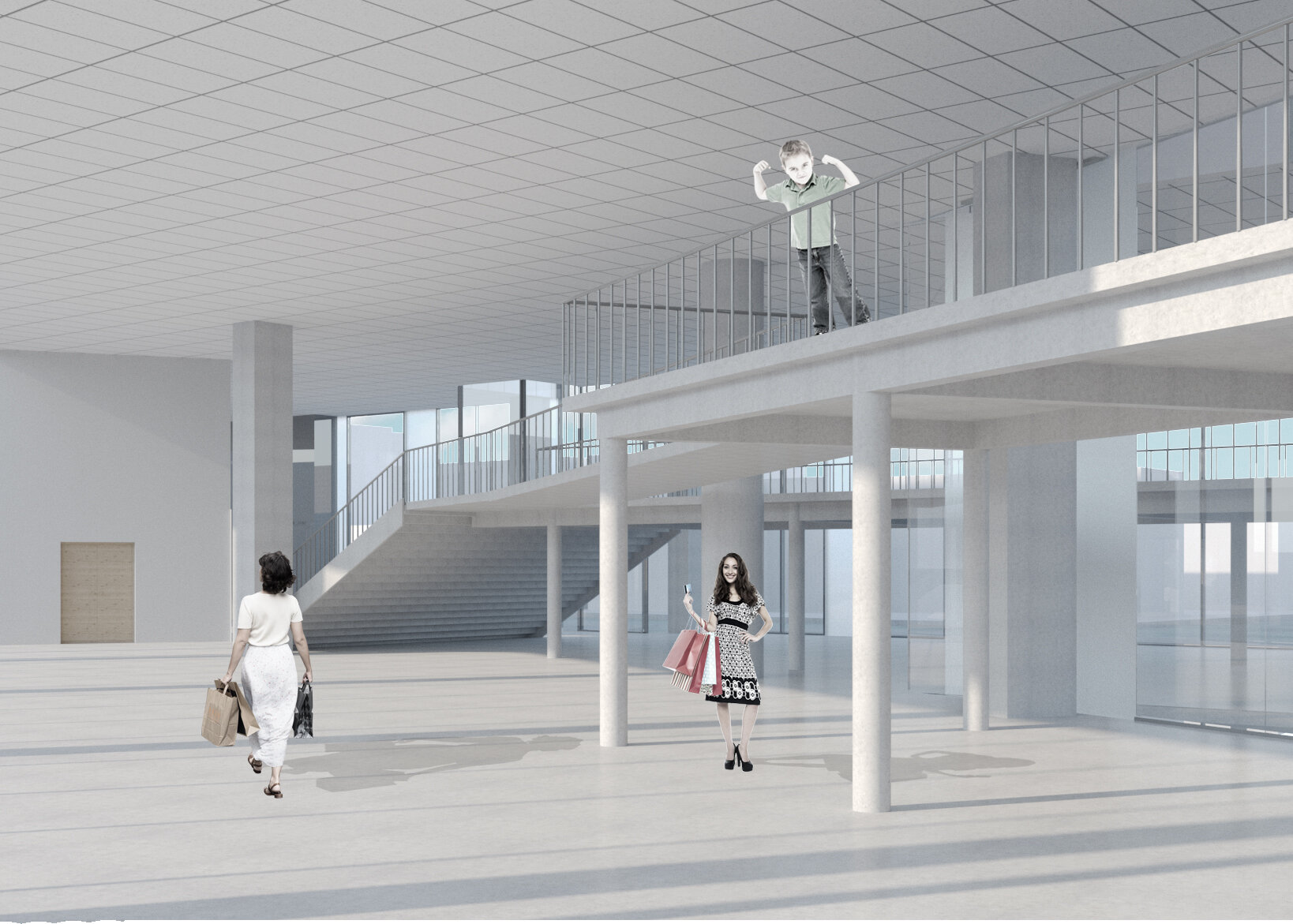 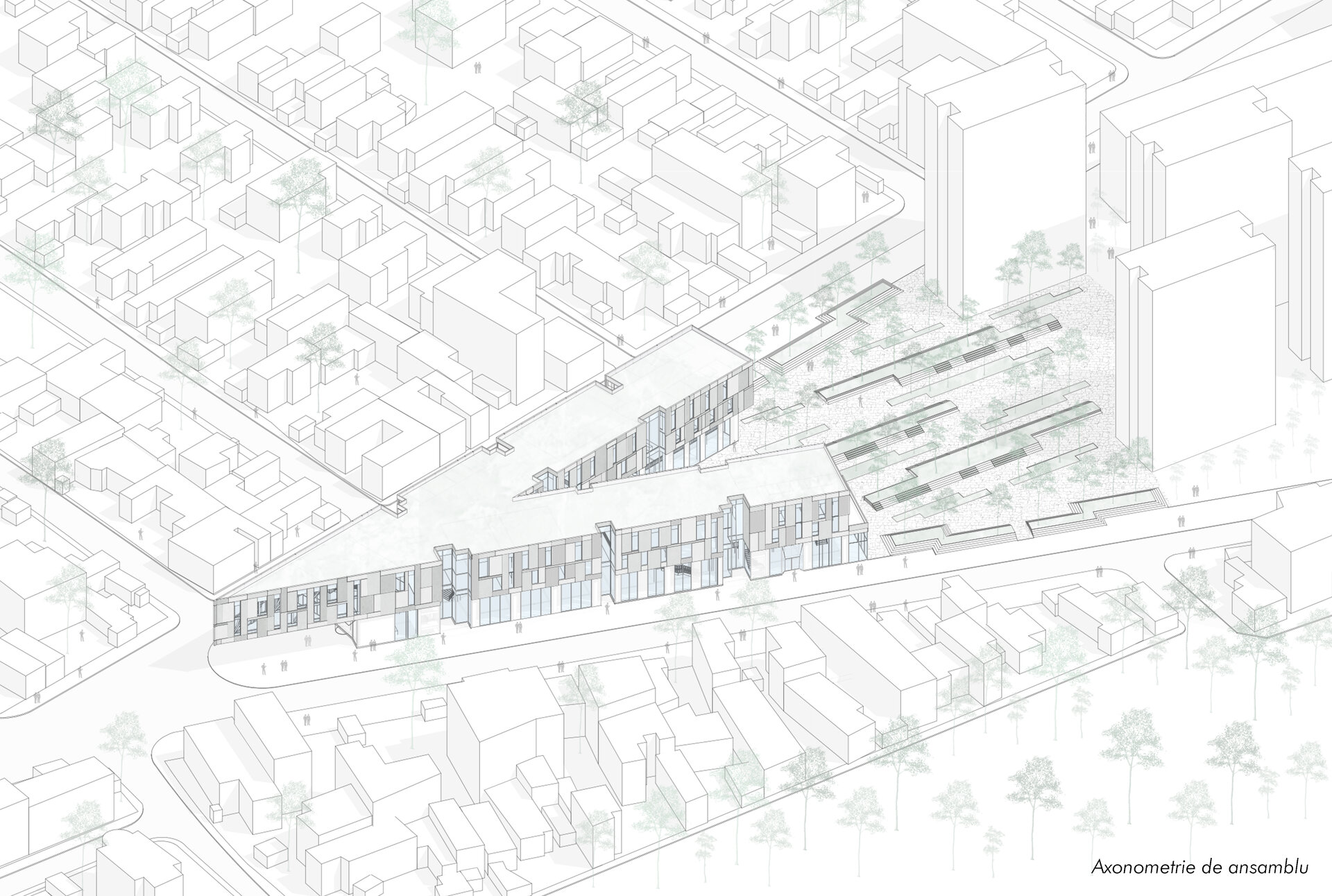 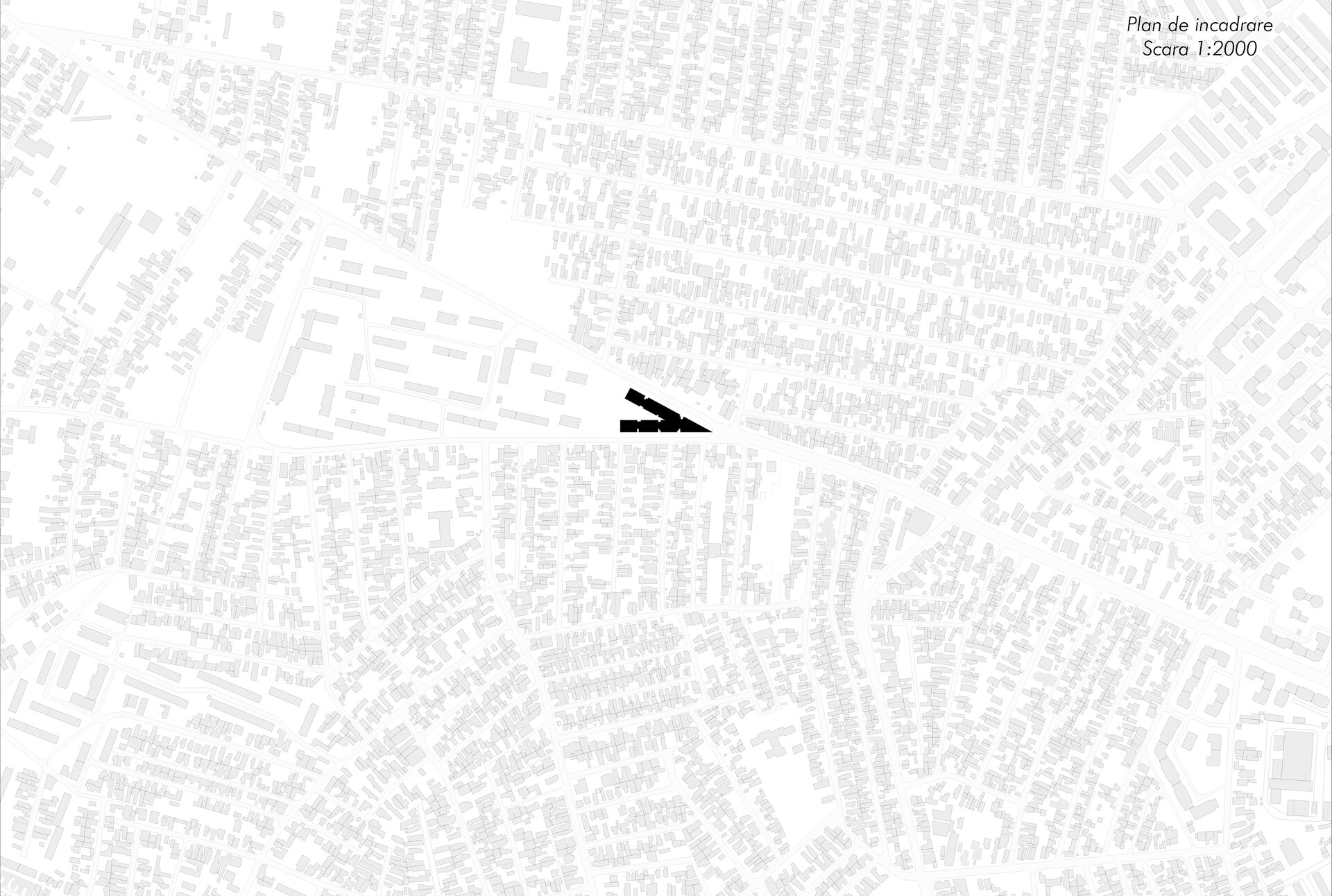 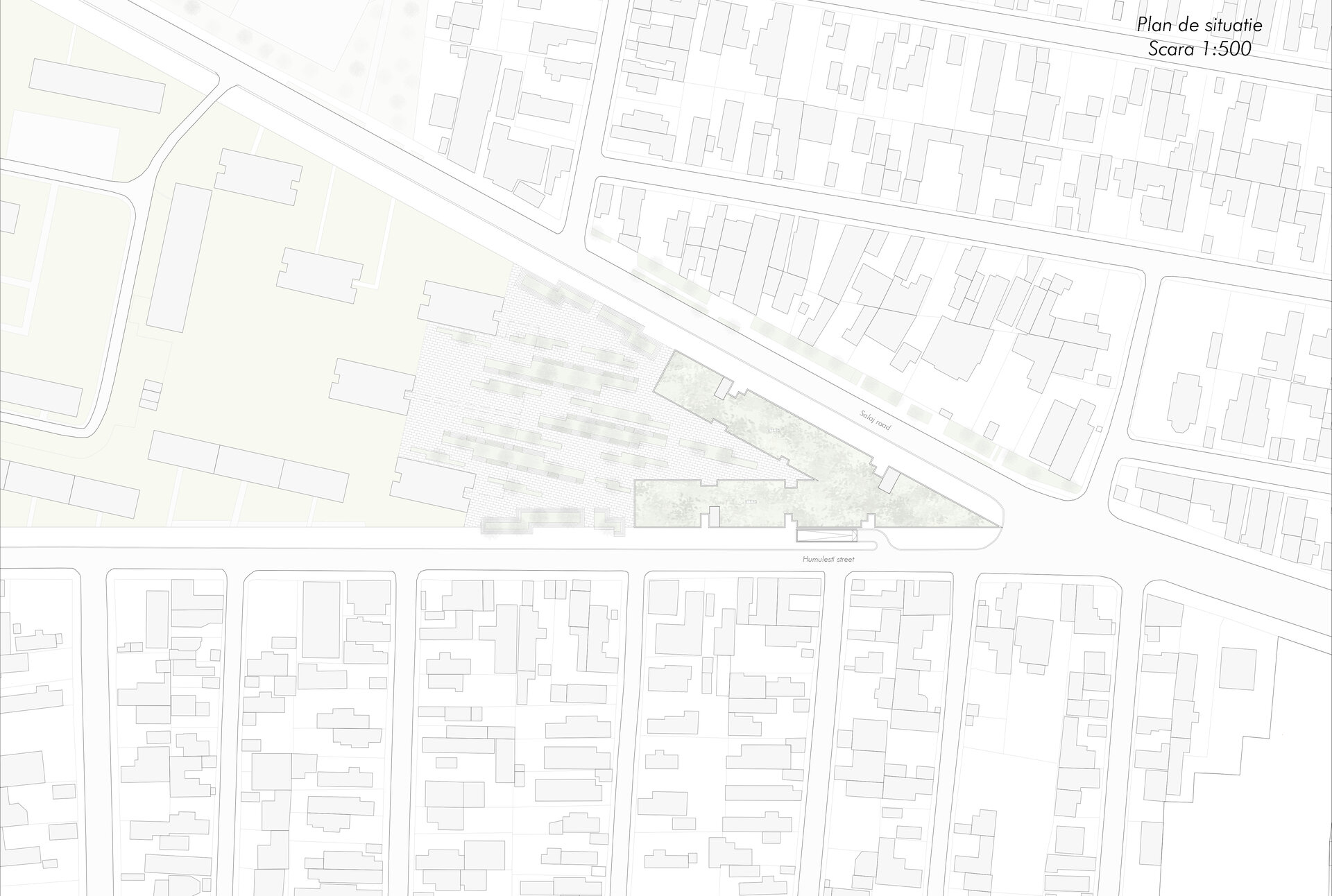 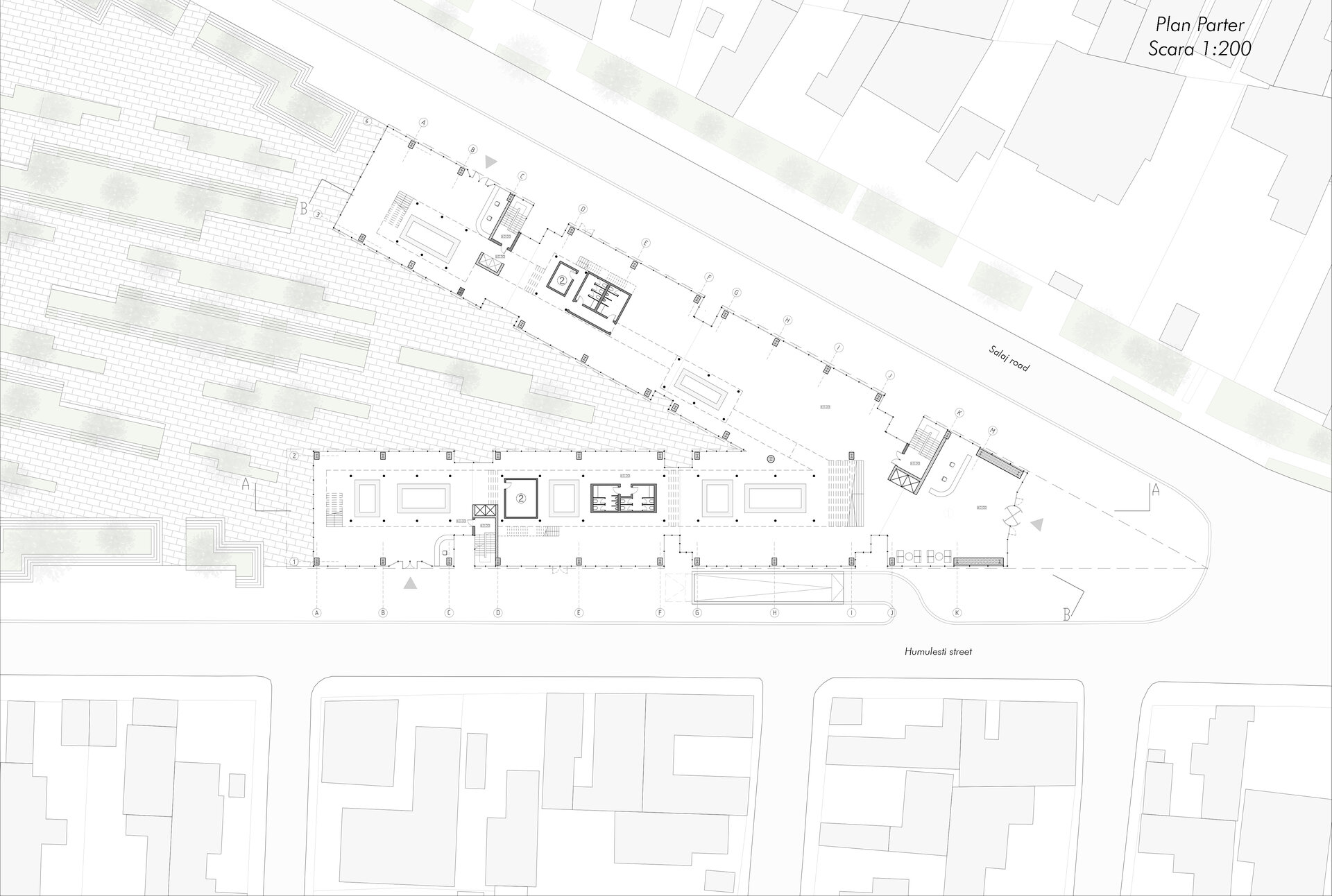 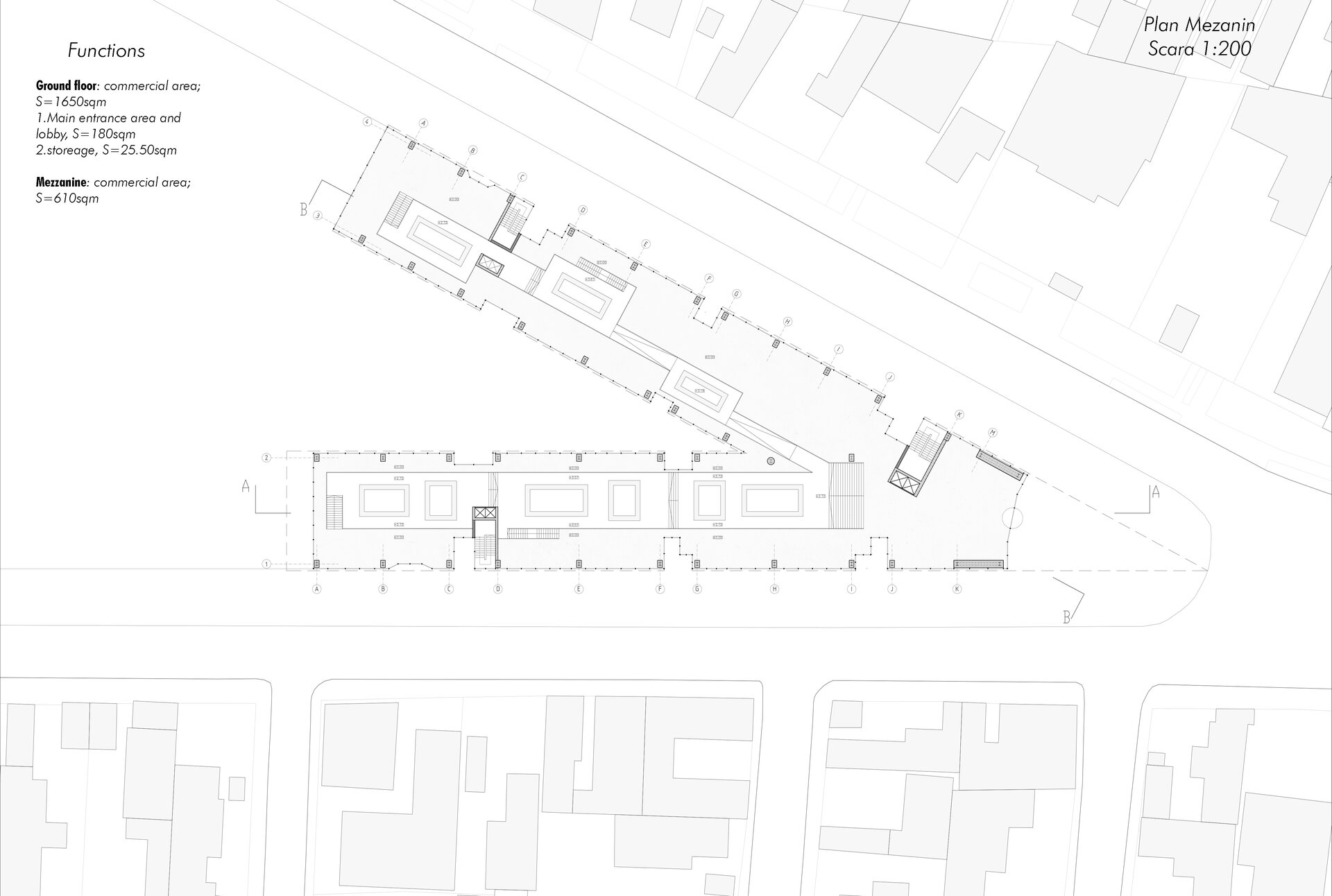 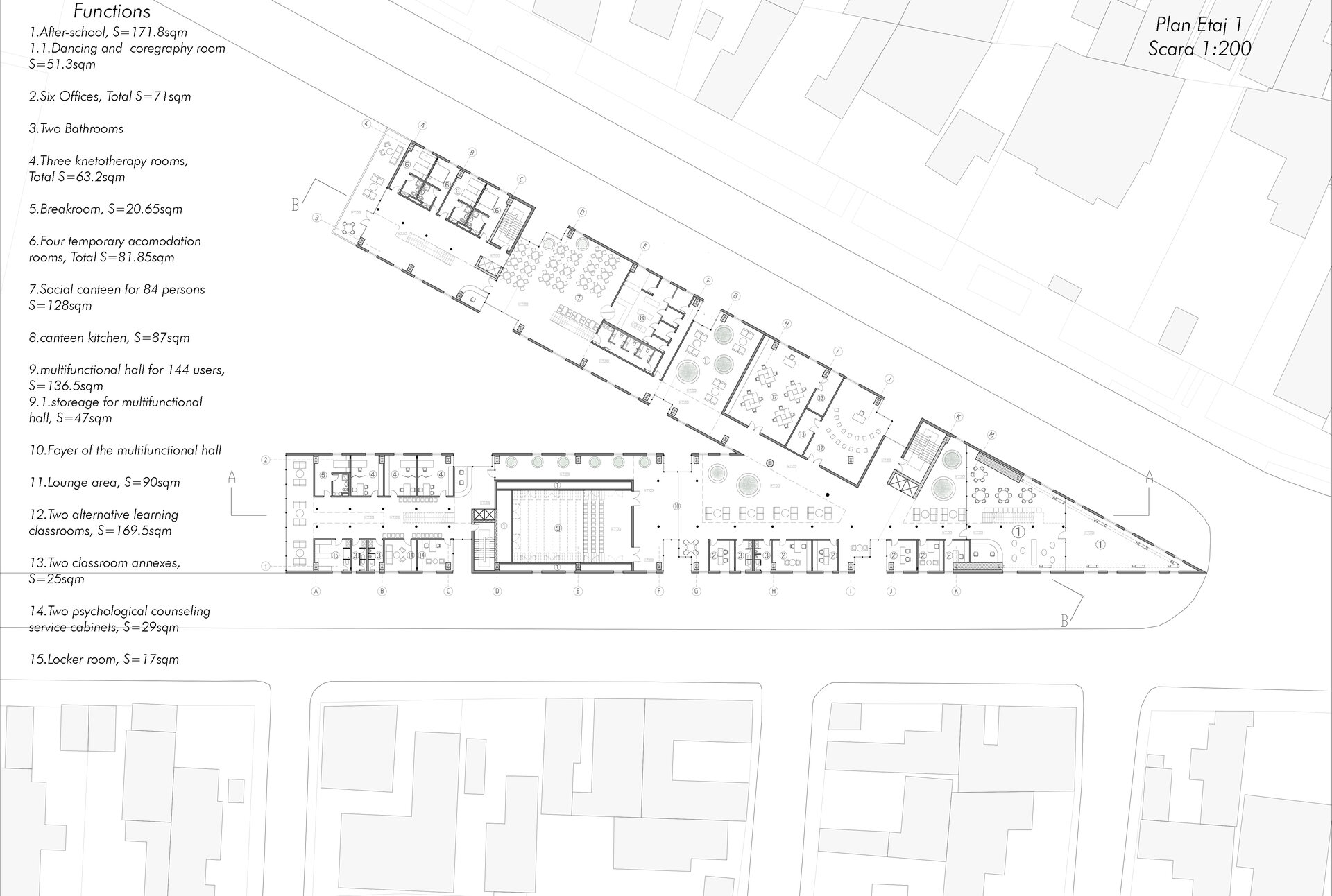 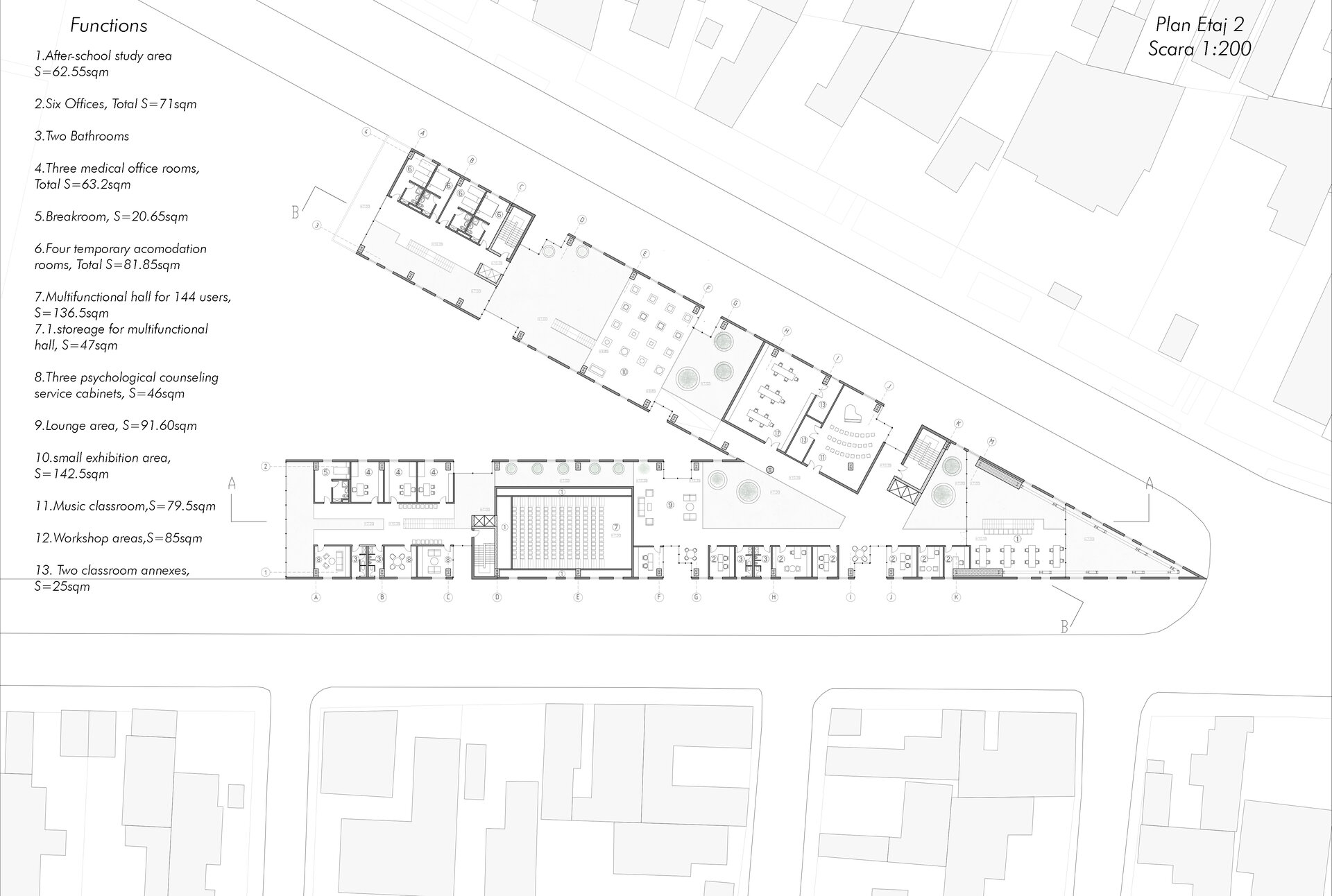 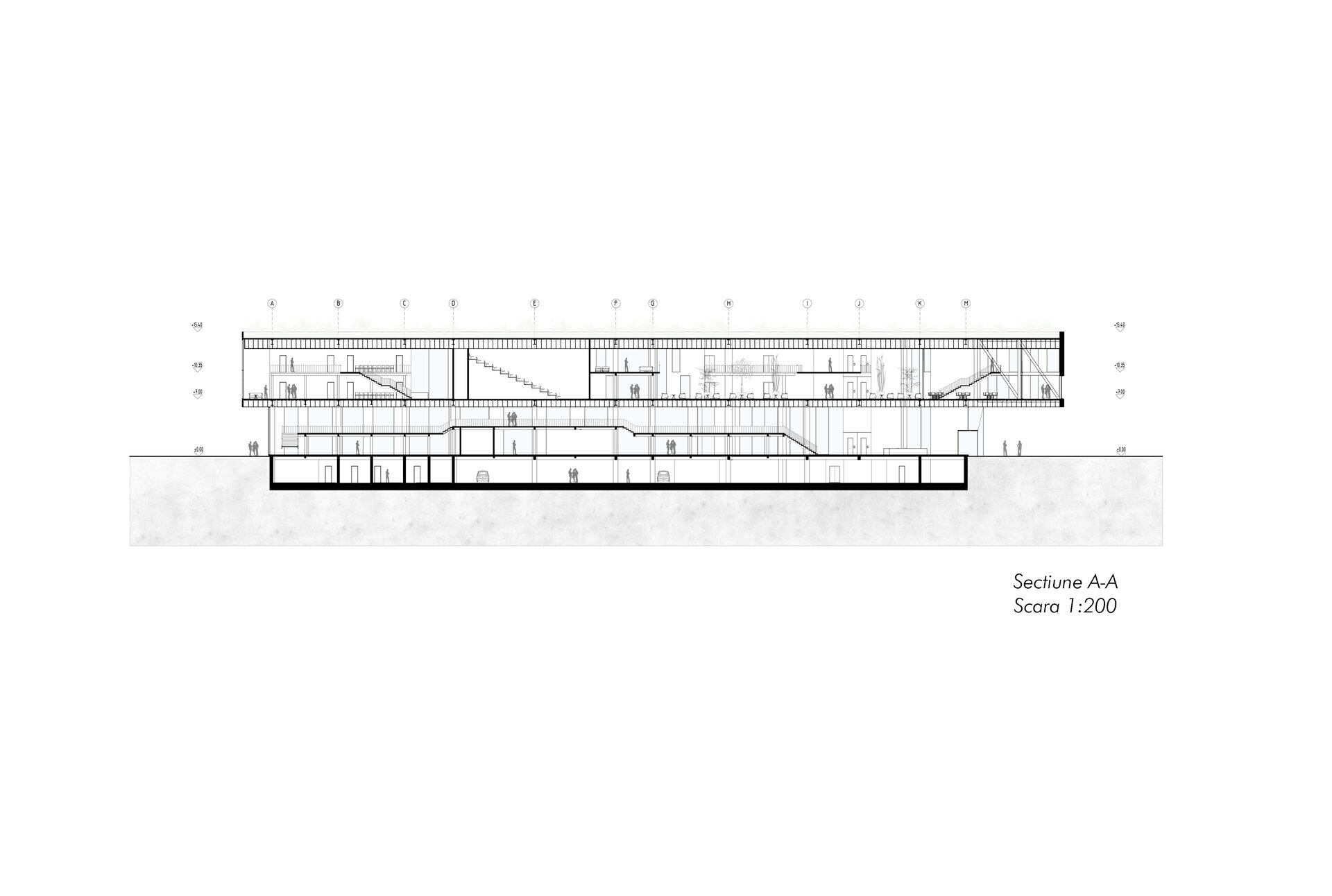 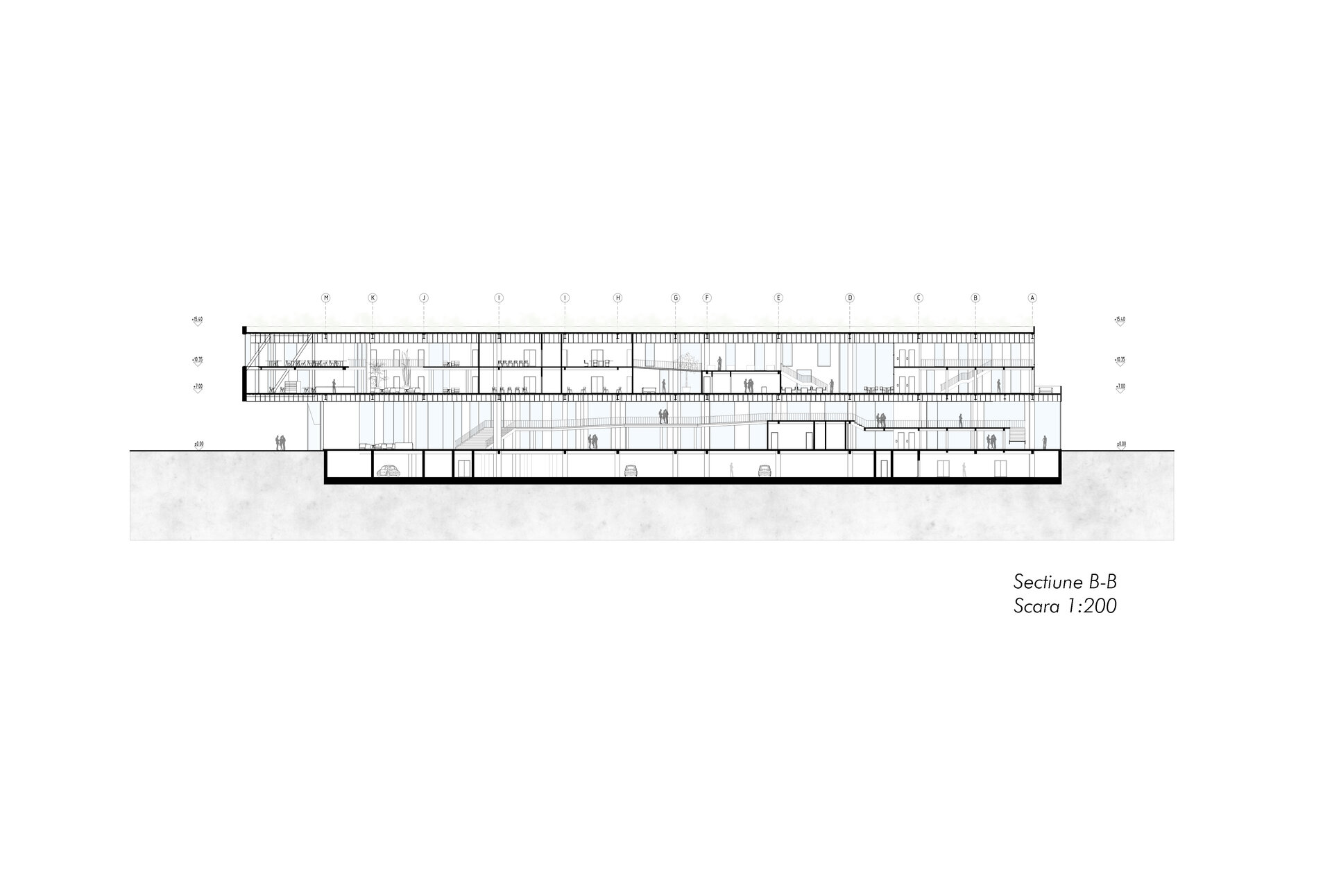 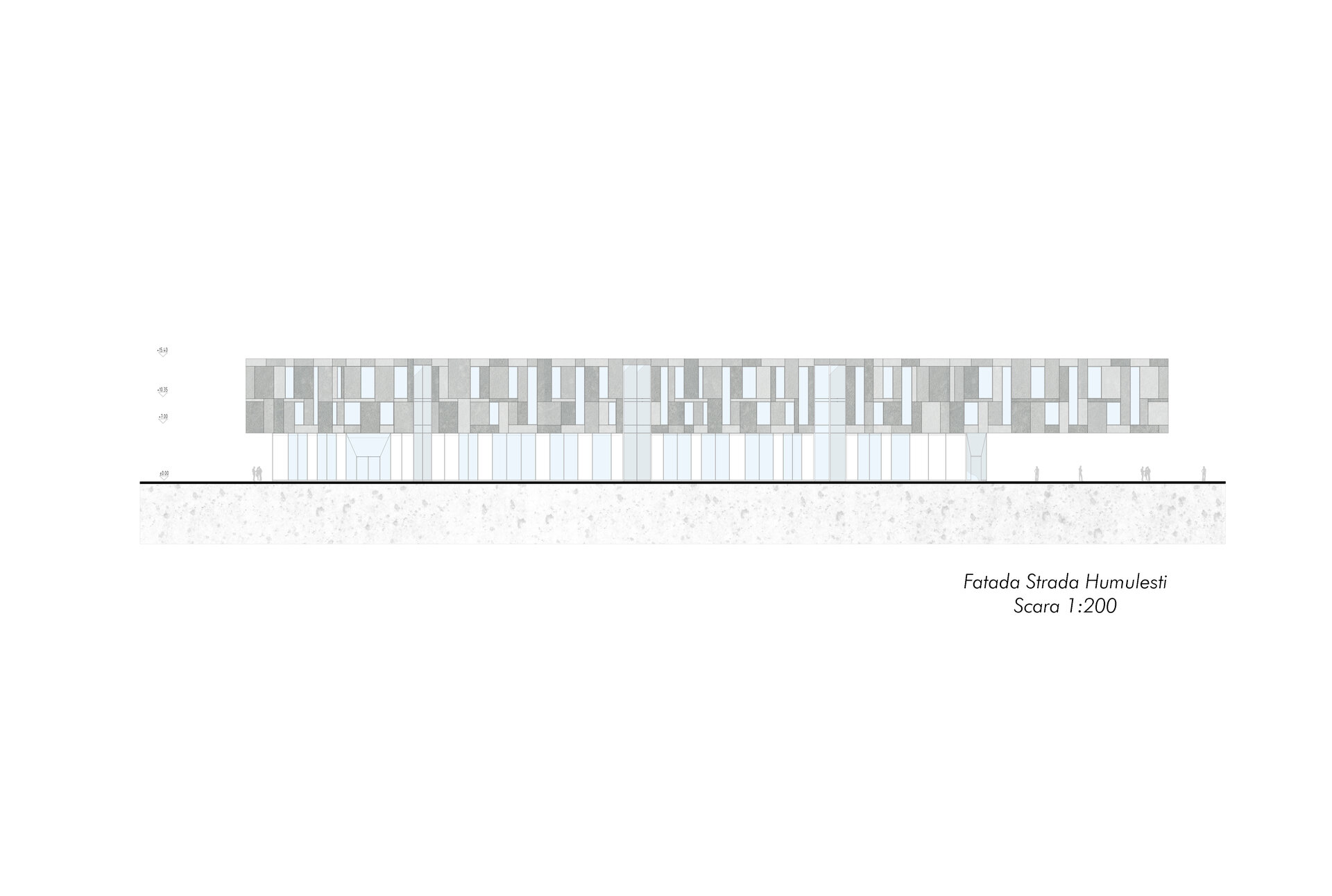 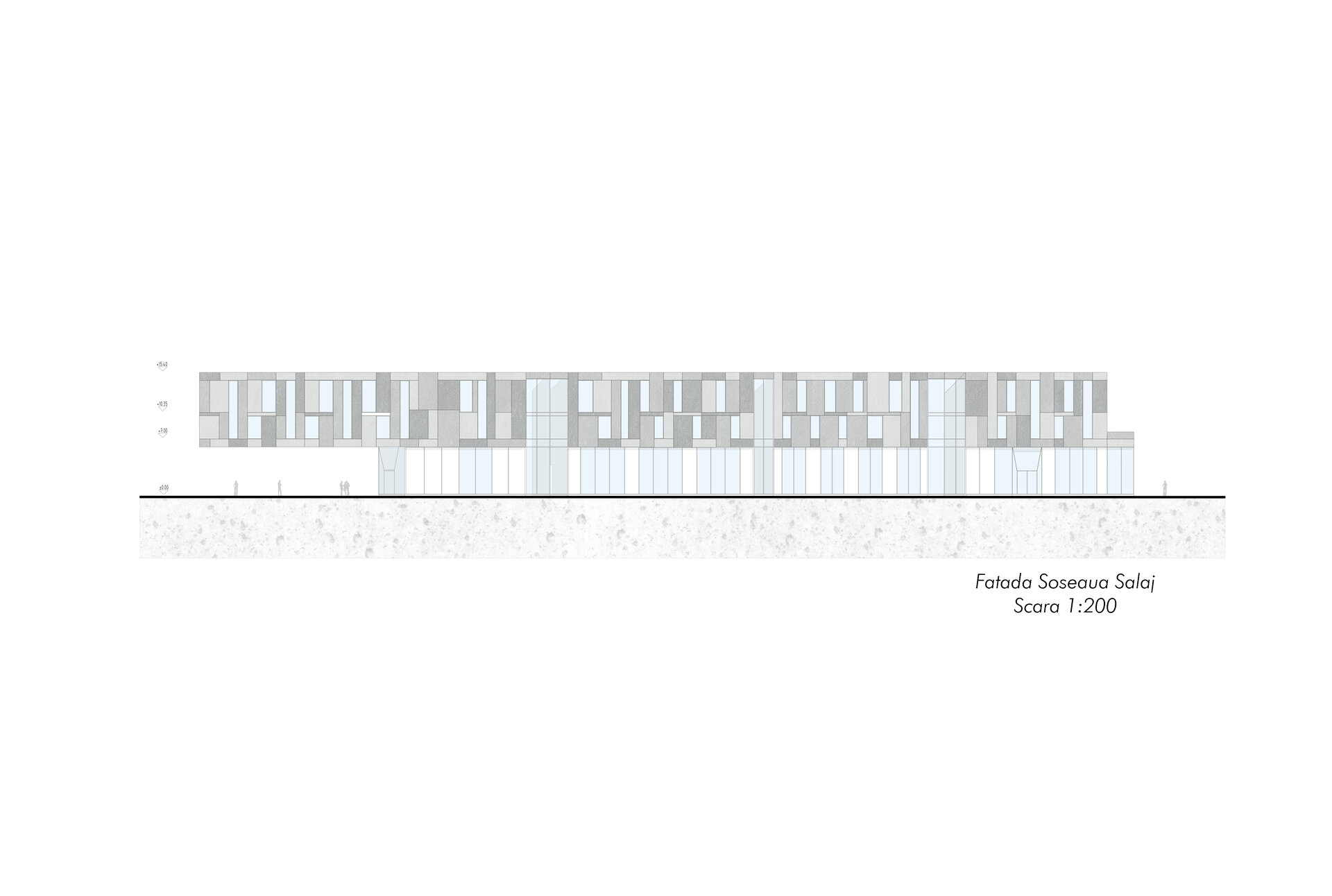 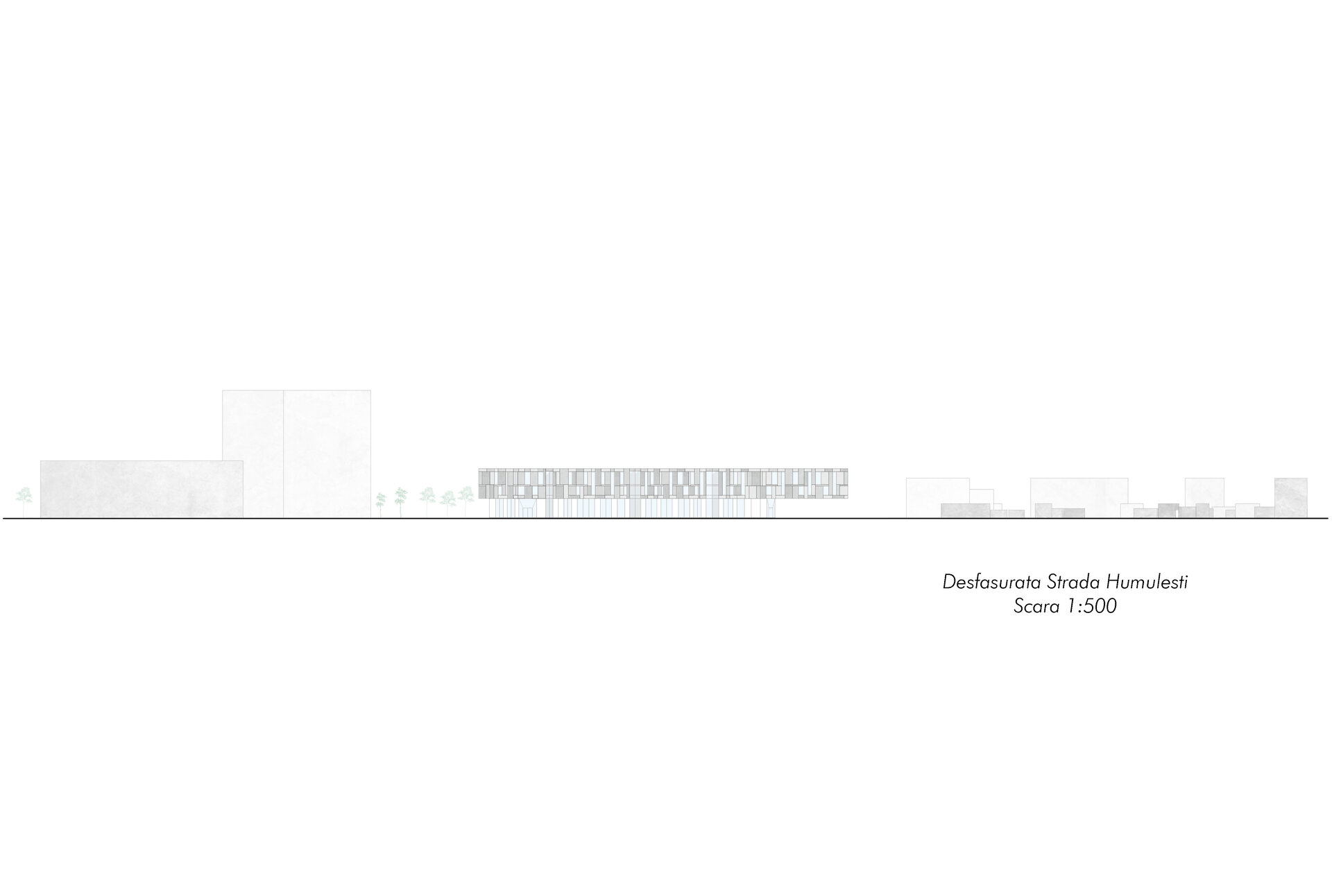 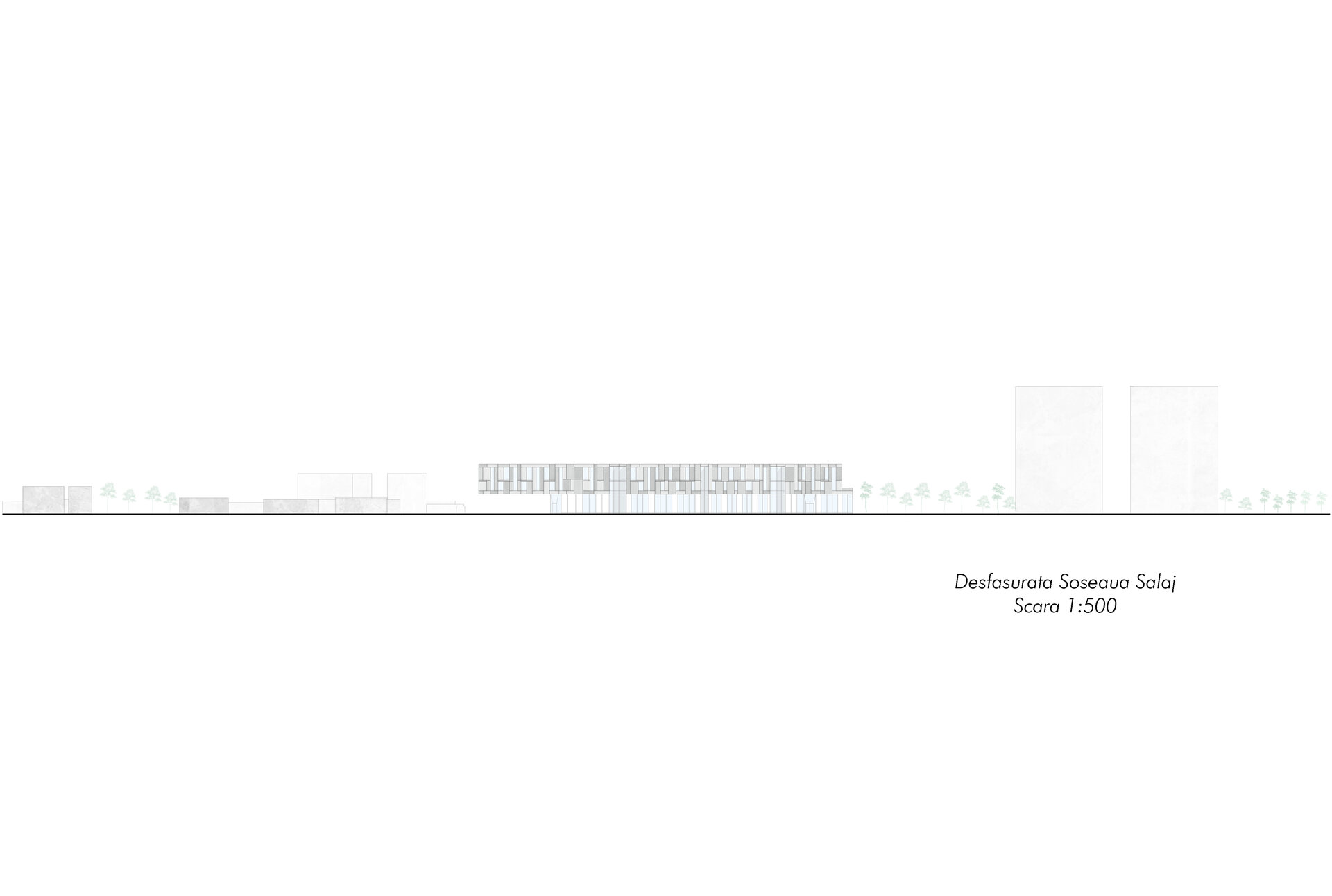 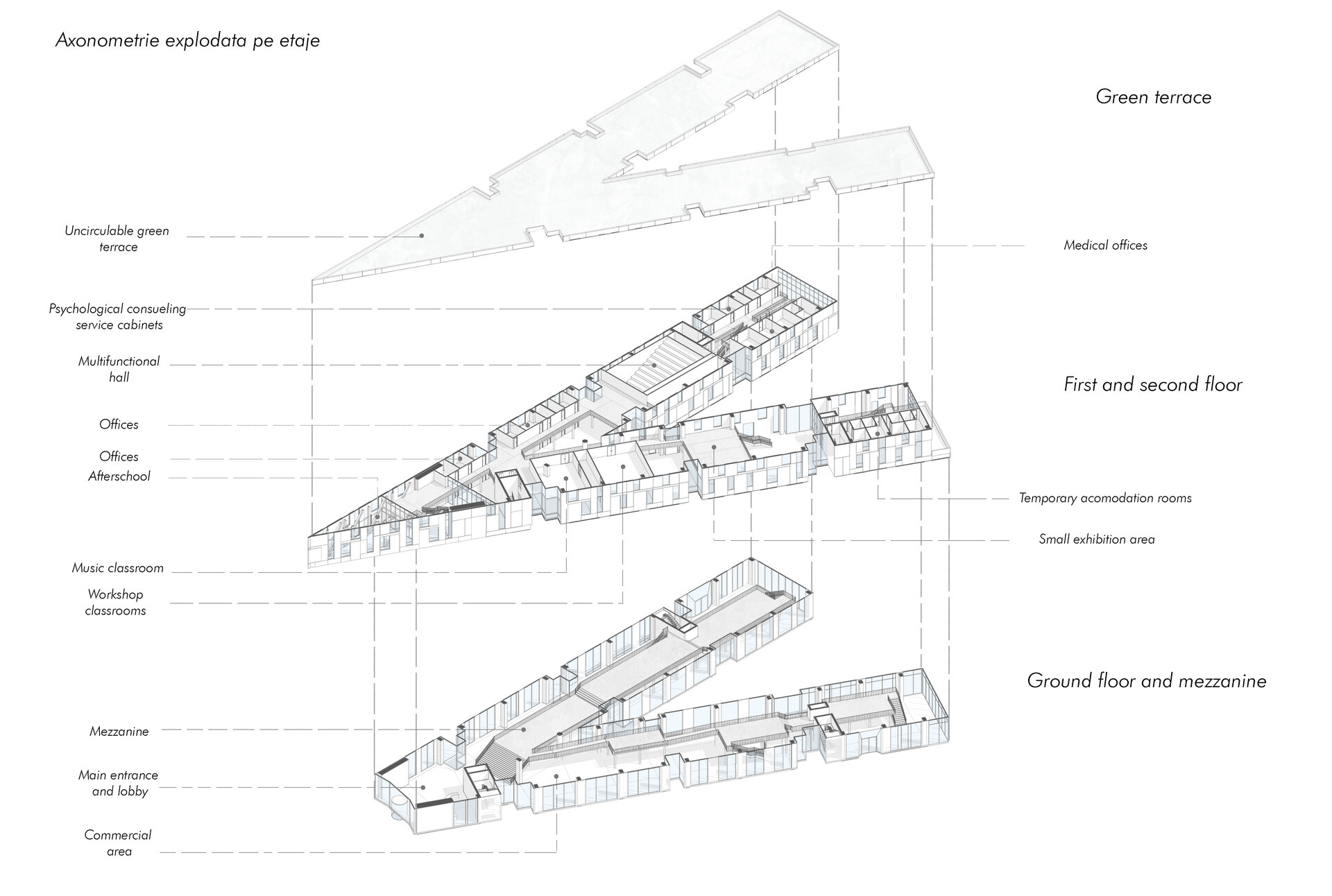