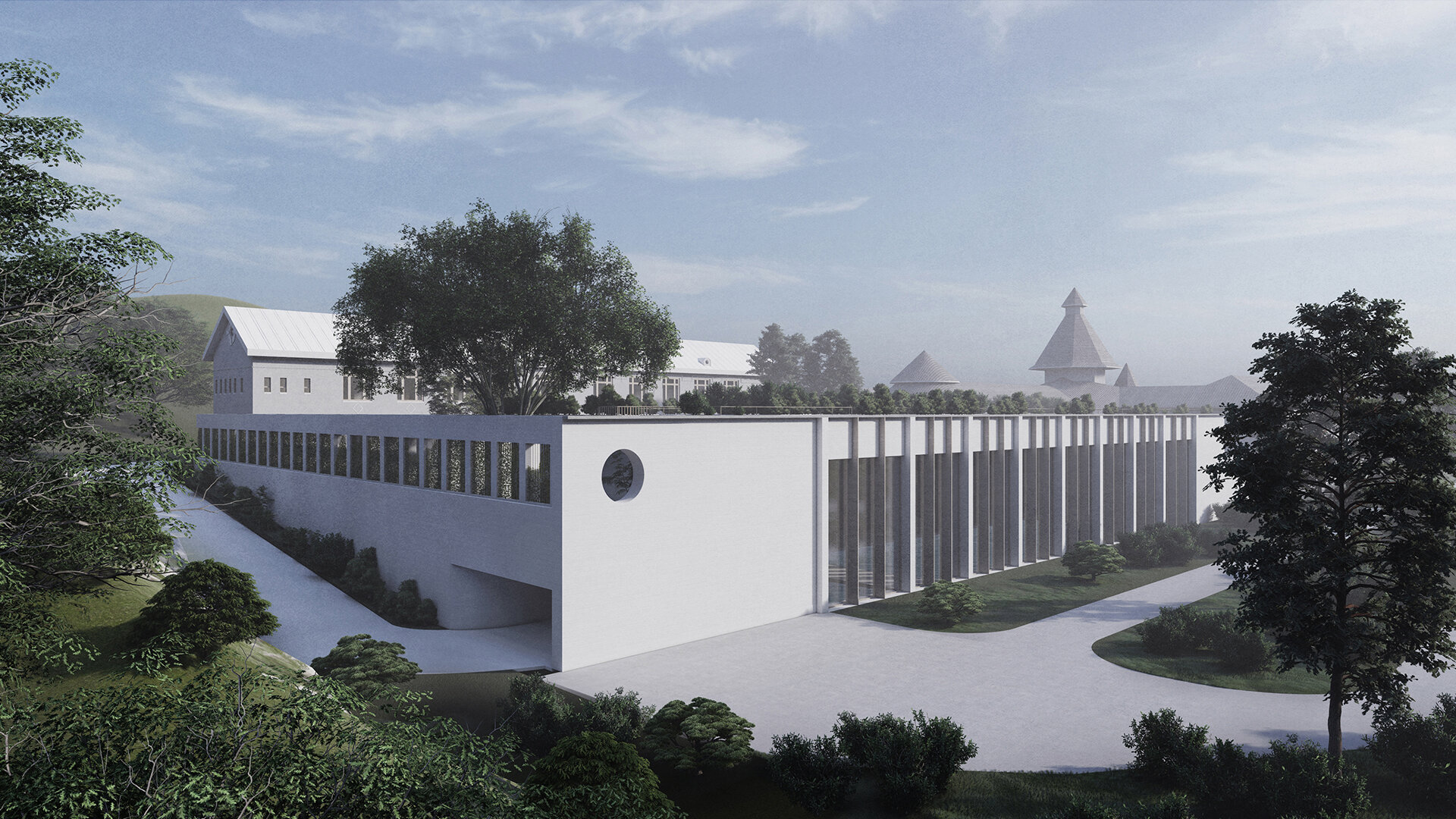 Refurbishment and expansion of the Bath Pavilion, Băile Govora 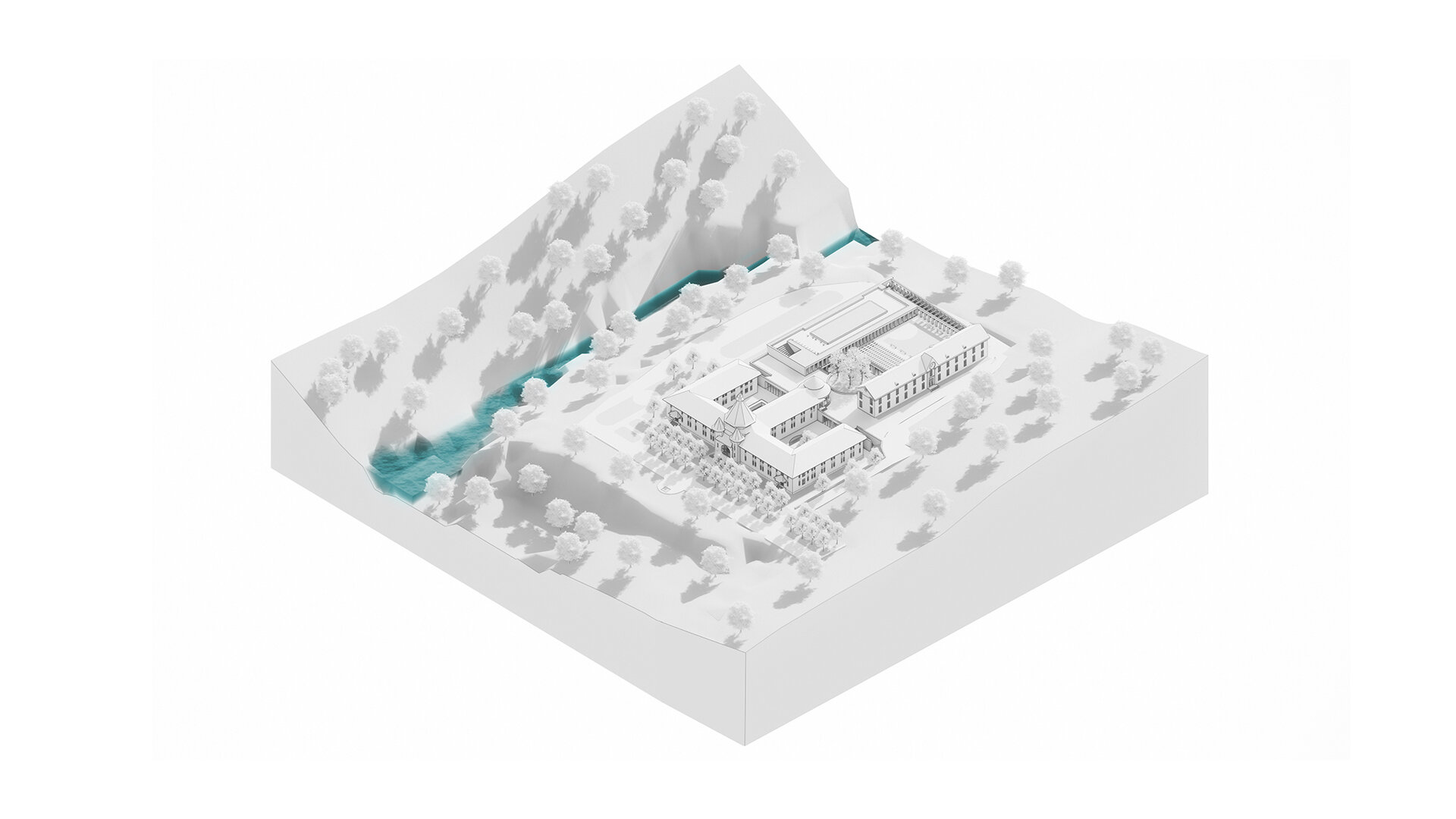 Like many spa towns, Băile Govora has suffered a steady decline since the second half of the XXth century, which has left its mark on the city's attractiveness as a wellness destination. At the moment, it desperately needs to revitalize the way it answers to the needs of the contemporary society, both through the suite of treatments offered and through the spaces in which they take place.

In recent years, there have been interventions to reactivate the spa heritage in Băile Govora. Although not all of them can be considered successful, they indicate towards an interest in revitalizing said heritage. Thus, of the three major spa buildings (the Grand hotel, the bath pavilion, and the casino), the Central Bath Pavilion is the only one that is still in an advanced stage of degradation. The diploma project aims both to rehabilitate the Central Bath Pavilion, but also to incorporate the adjacent building, State Hotel No. 1, as well as completing the ensemble with new spaces for treatments and connecting them to the balneo-circuit in the park.

The project site is located on a terrace in the south of the spa park, north of the Hința brook. The main facade of the pavilion is oriented to the east while the facade of the hotel is oriented to the north, thus closing the composition on these two sides, but offering the possibility to open the perspective to the natural setting generated by the creek bed to the south. The two existing buildings are located on 2 terraces with a considerable height difference, thus making the task of unifying them all the more challenging.

The intervention aims to restore the original identity of existing buildings by maintaining their original functions. Thus, within the Bath Pavilion, spa treatments will be performed, and the State Hotel Nr. 1 will have the accommodation function. But these will be adapted to current needs and will combine with spa treatment and recreational therapy, trying to avoid a highly medicalized image of the cure. The extension of the complex will be made in the basement and ground floor of the hotel and will include both new accommodation and a restaurant, a café and relaxation areas separated by a series of inner courtyards. These new spaces will also be connected to the alley routes dedicated to the park cure. The new intervention proposes both a series of introverted visual relations in the inner courtyards, but it will also offer an opening on the southern side and the Hința brook.

The diploma project thus aims to return to the social character of the past and, with the introduction of more introverted spaces, to propose both spaces for treatment and relaxation, standing out as a space for mediation. 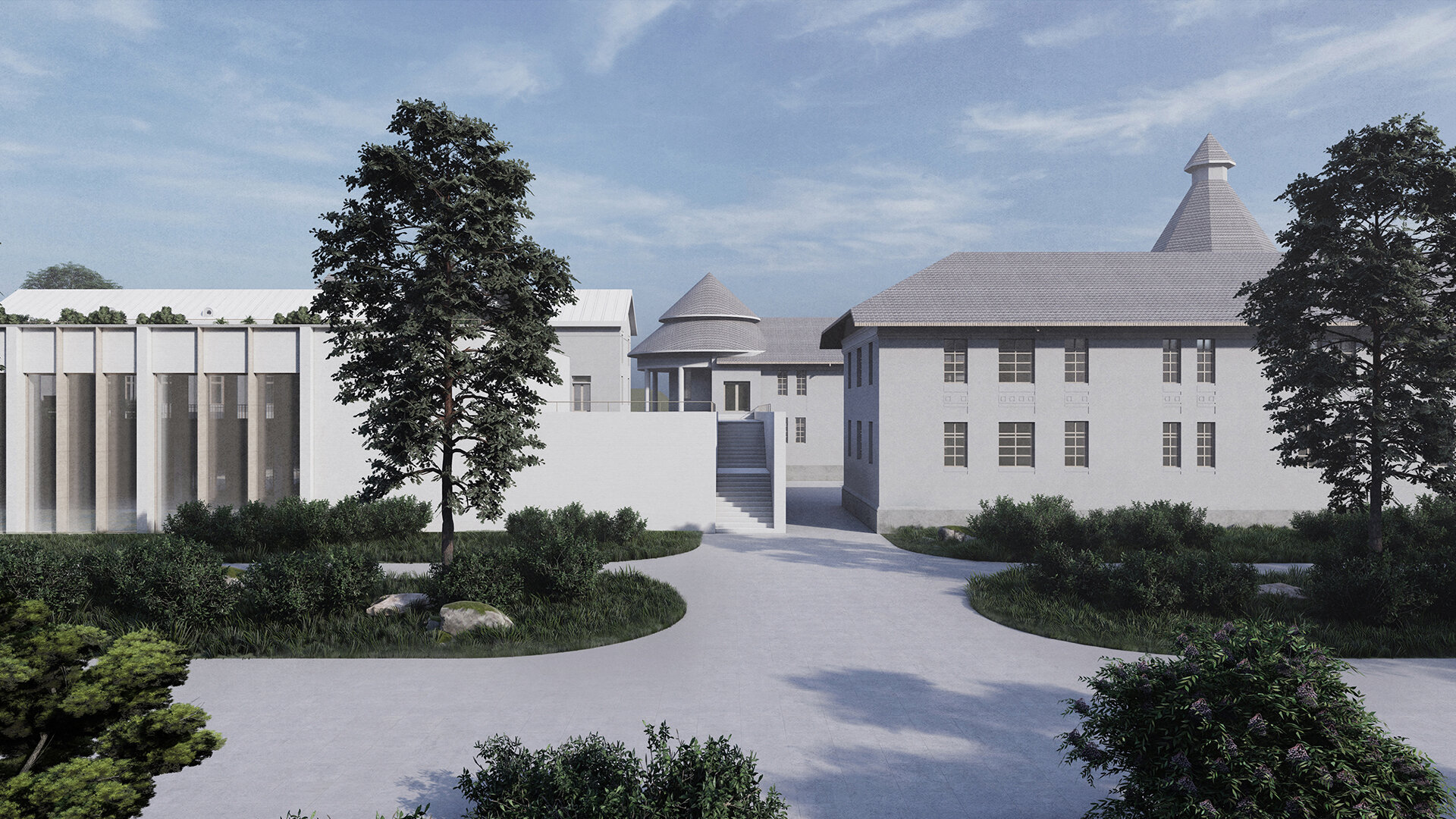 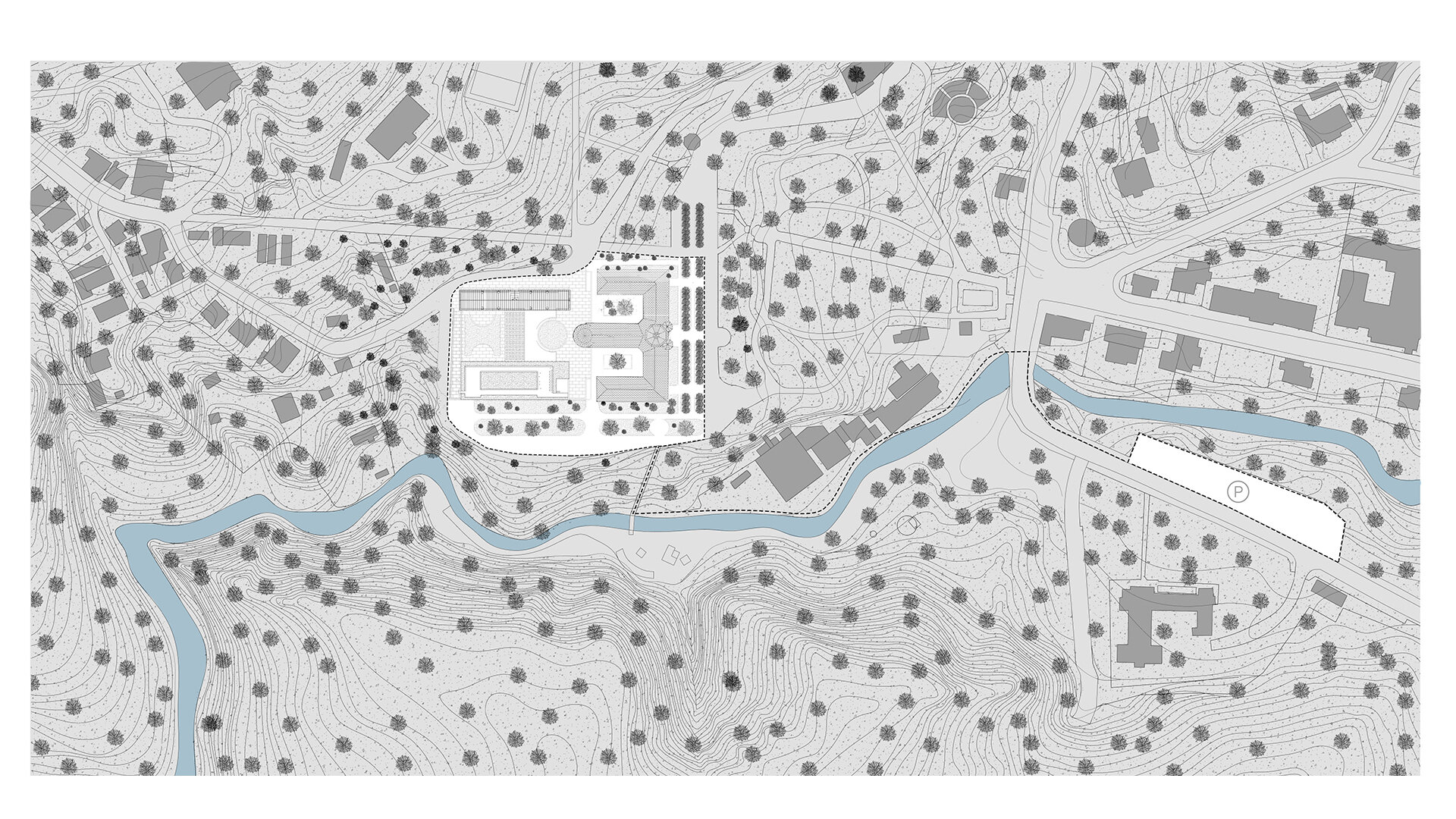 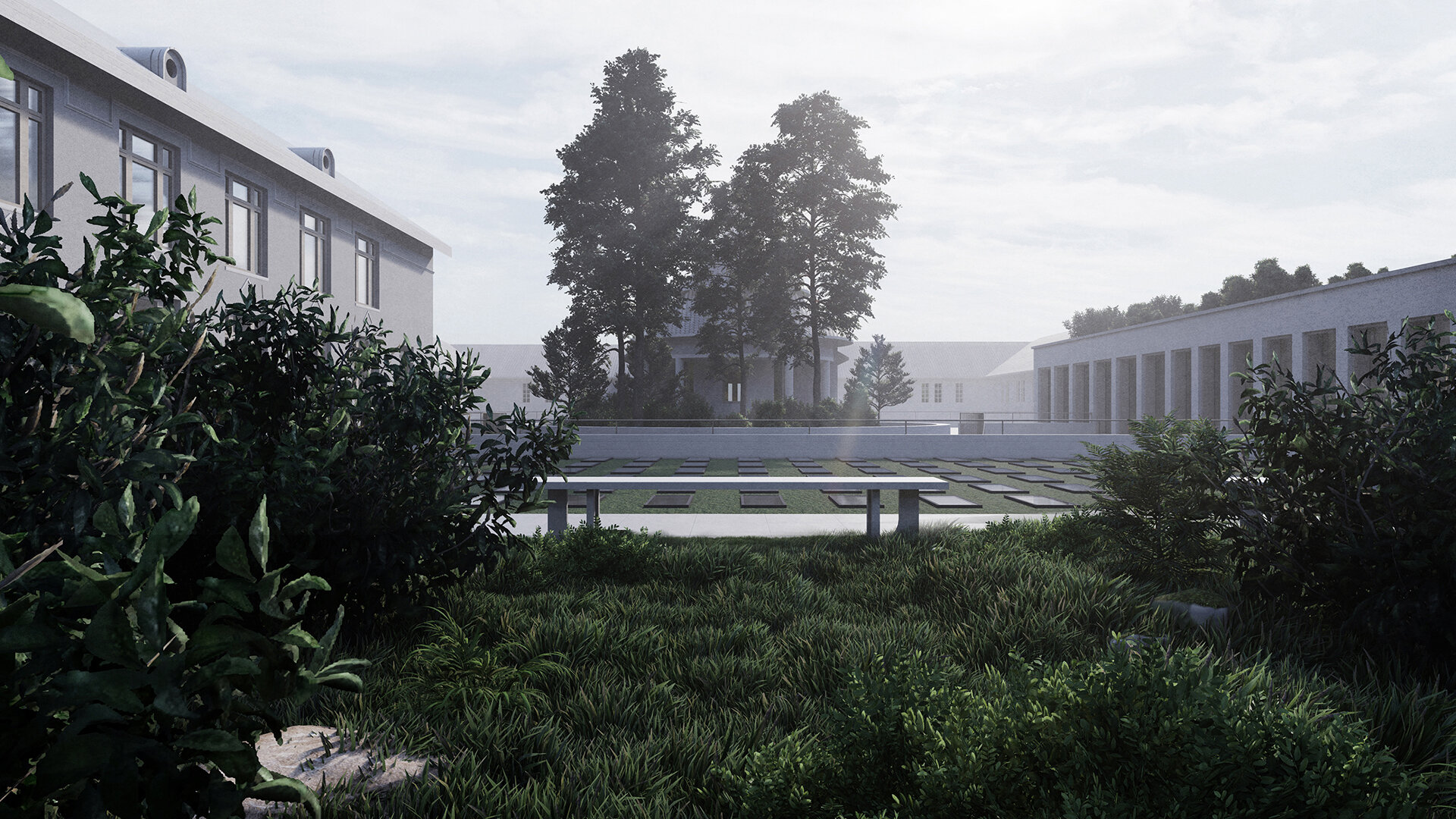 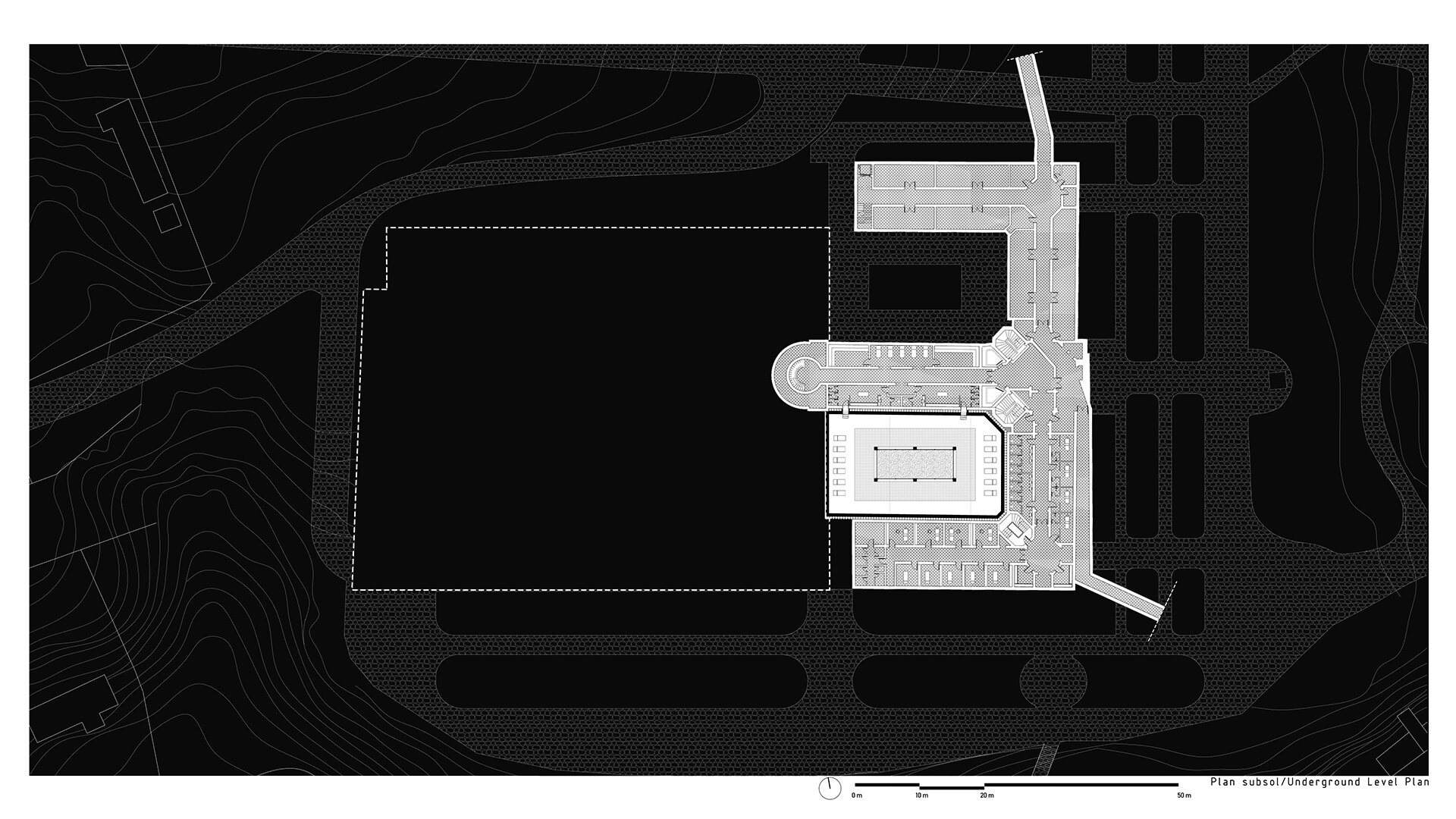 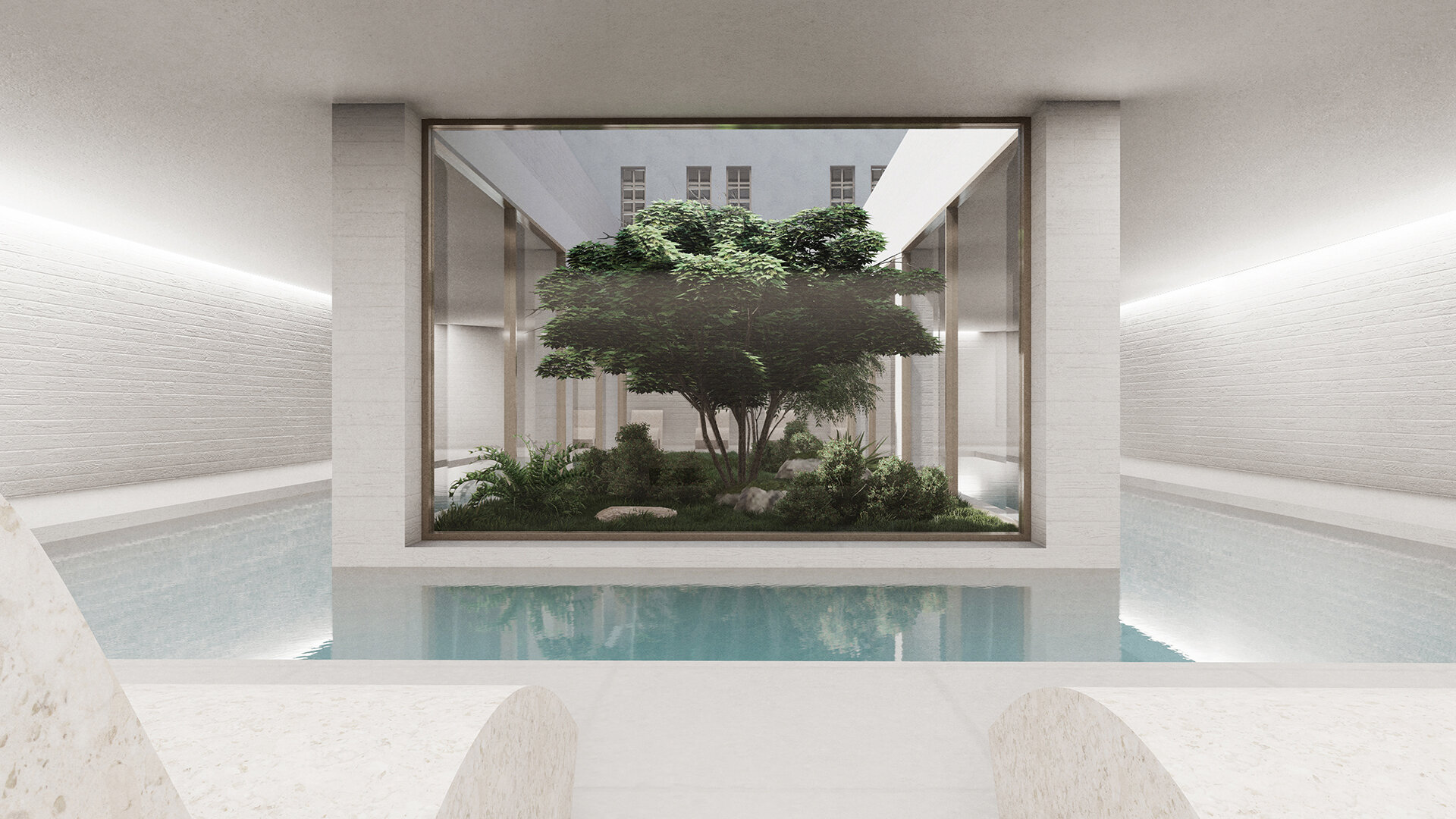 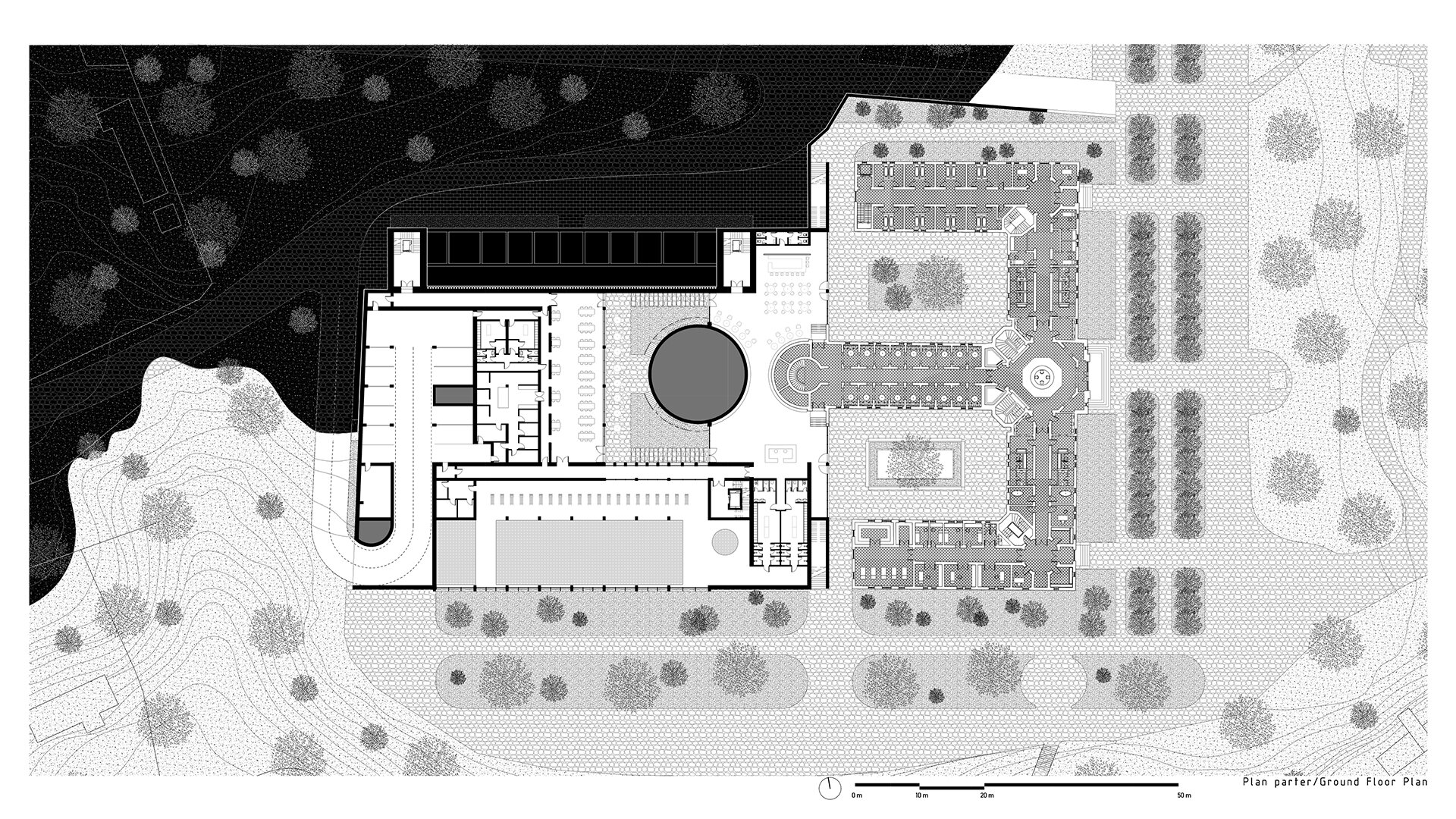 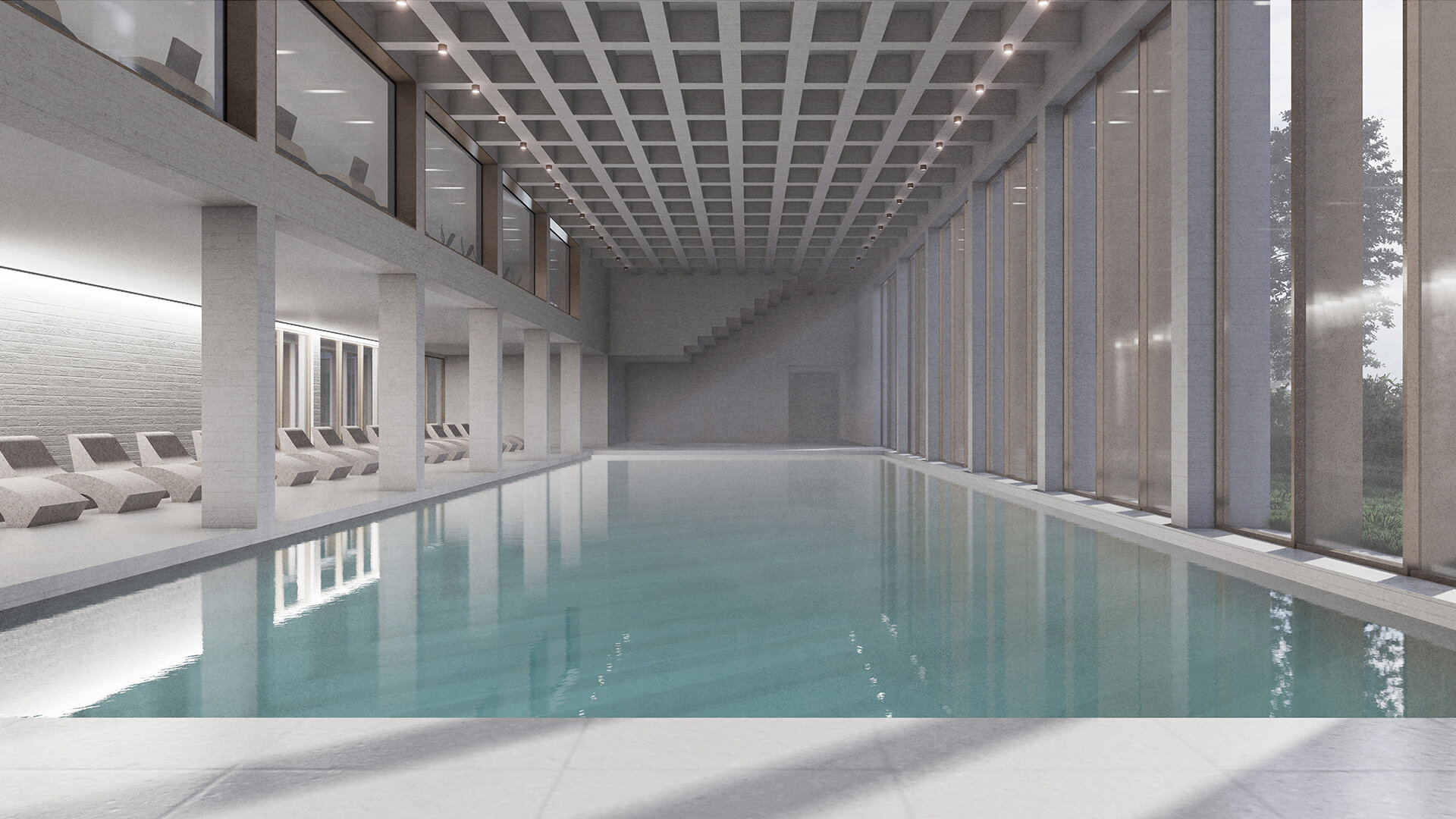 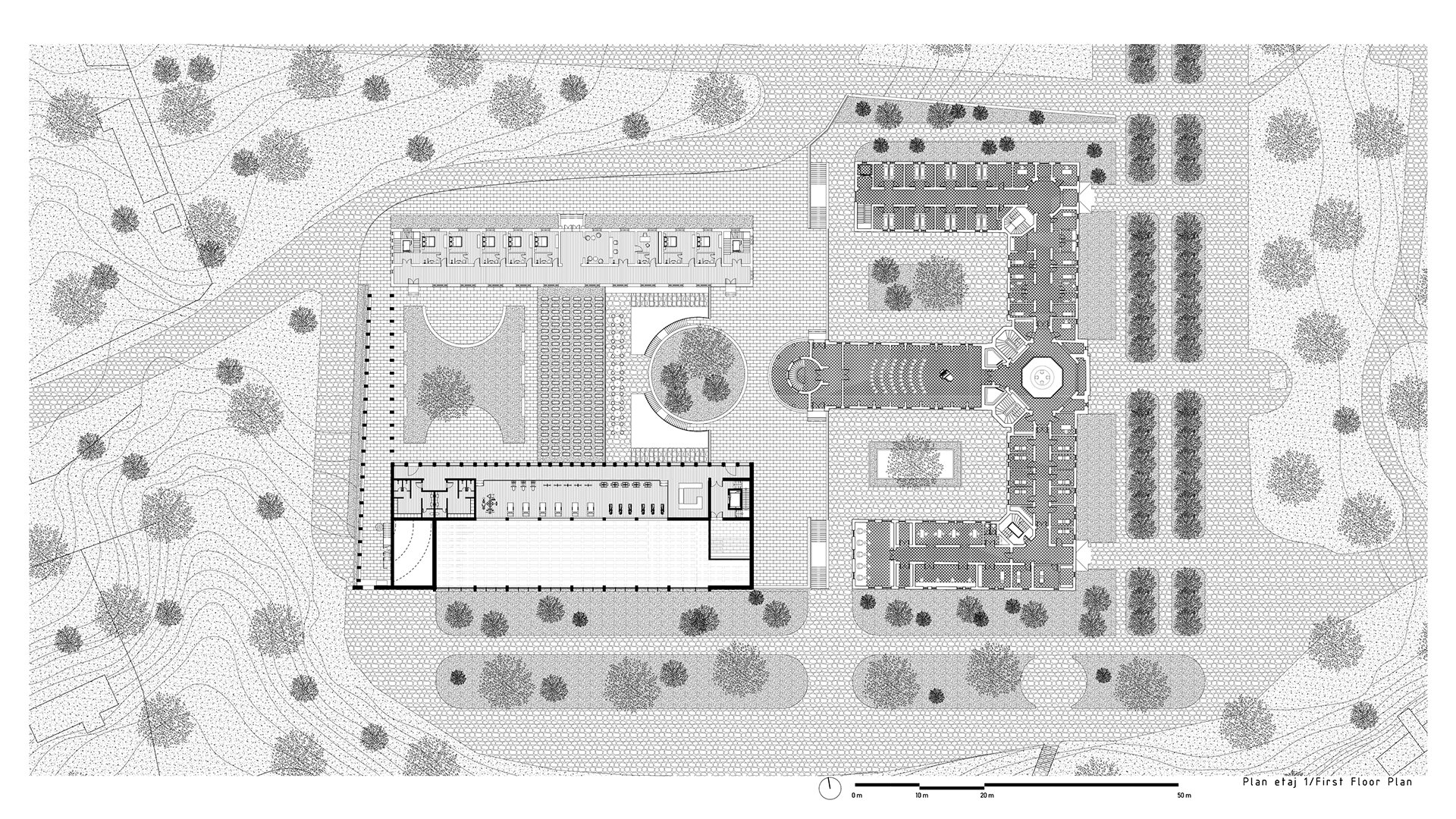 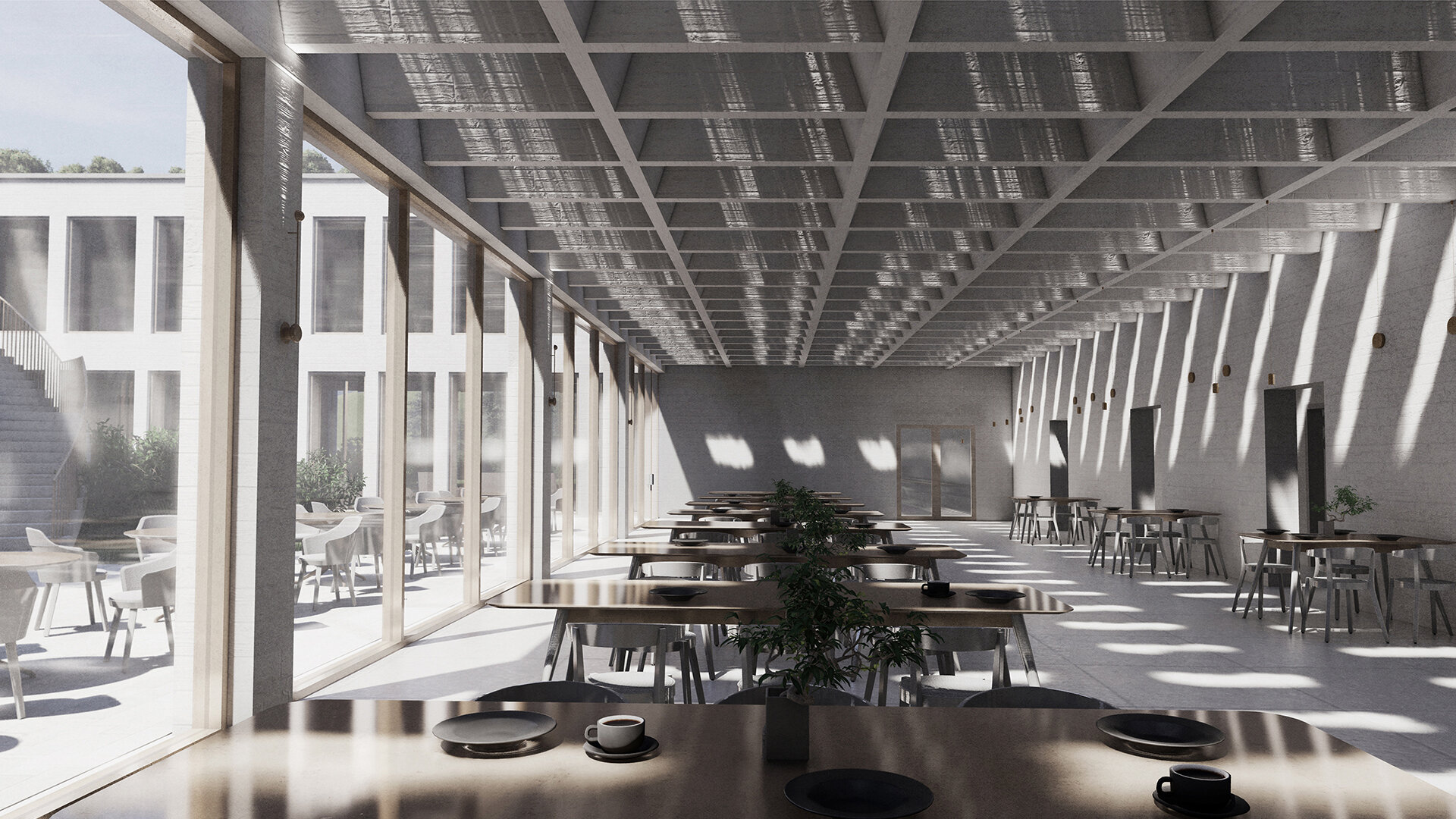 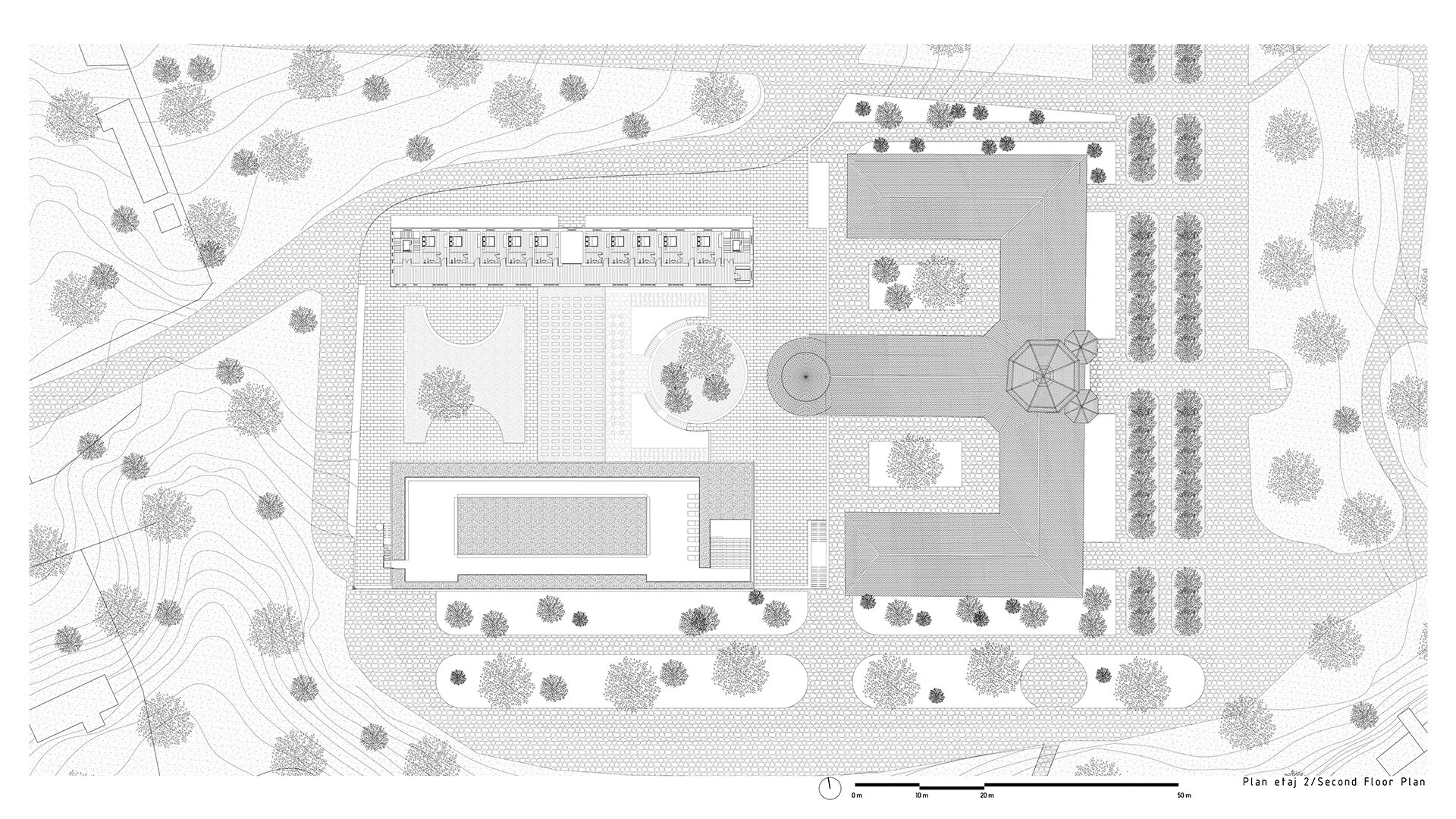 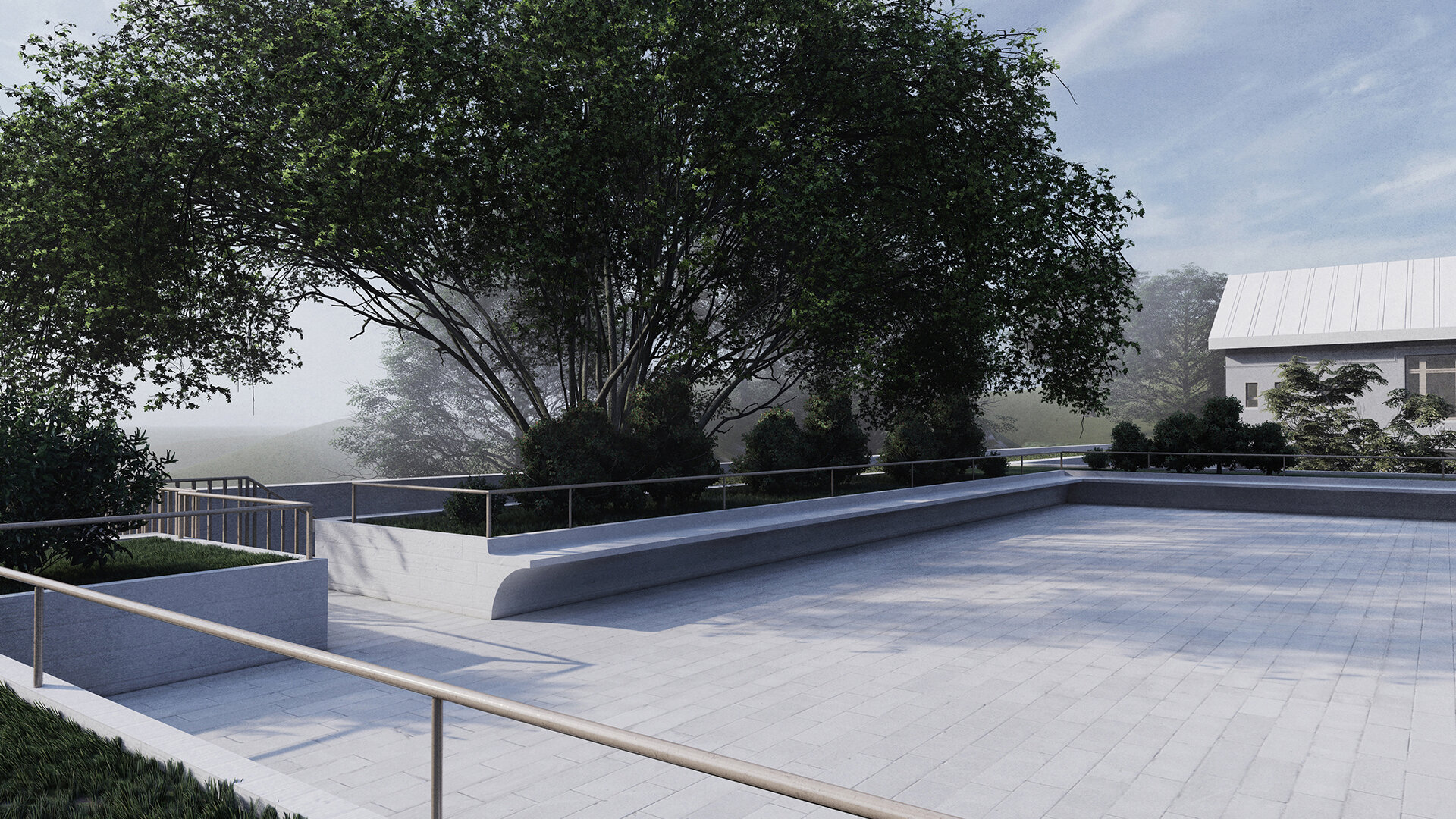 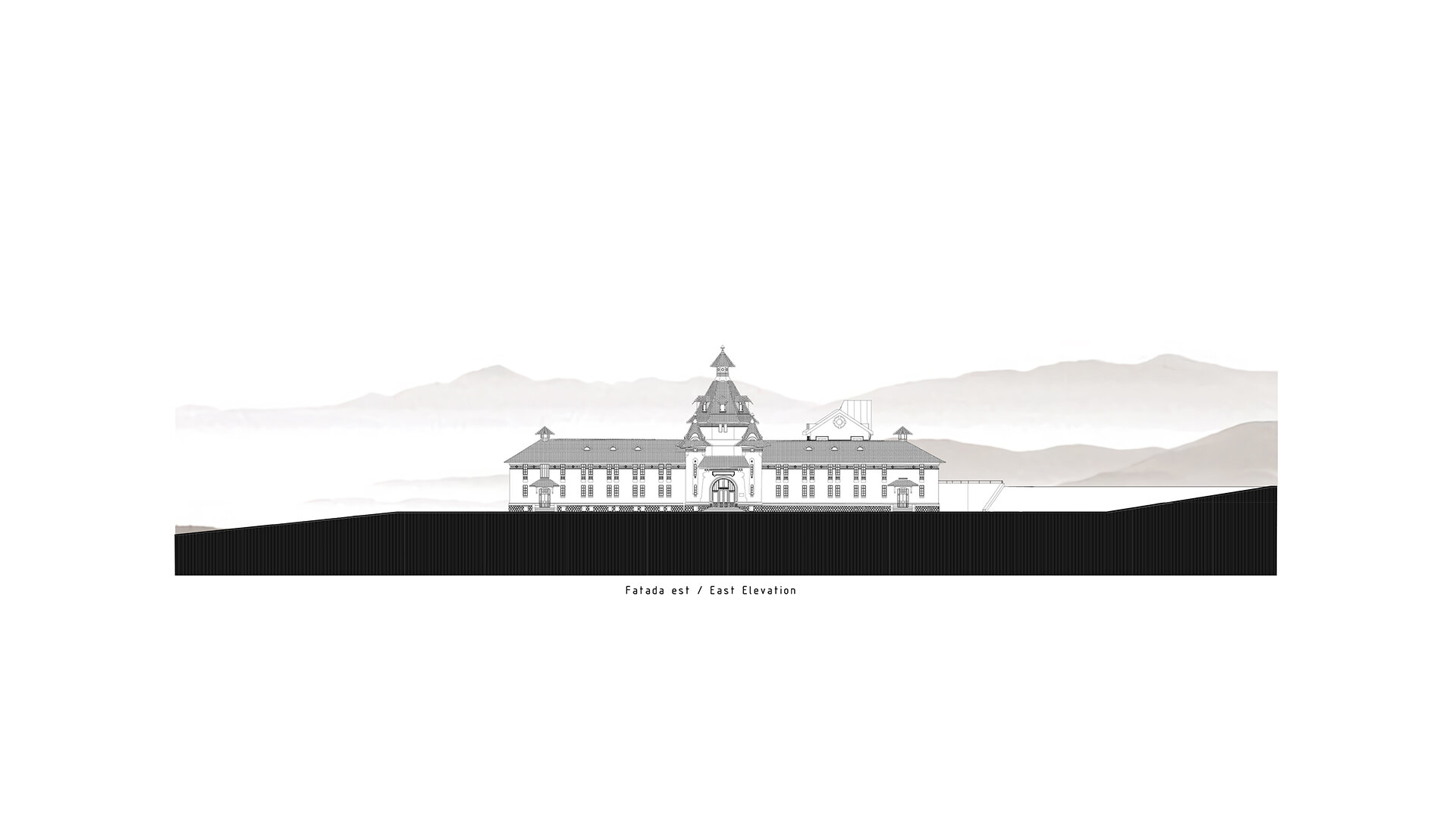 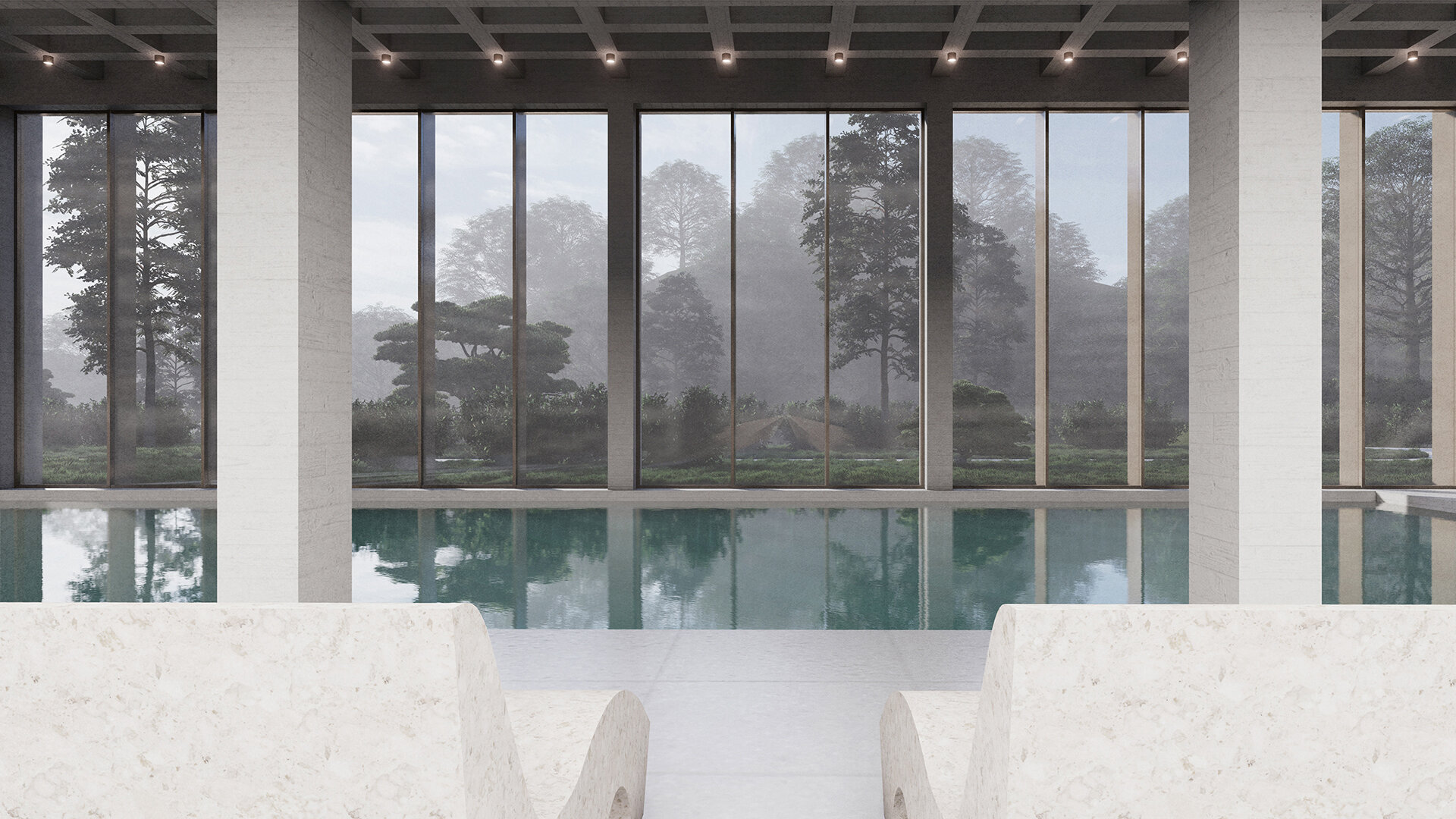 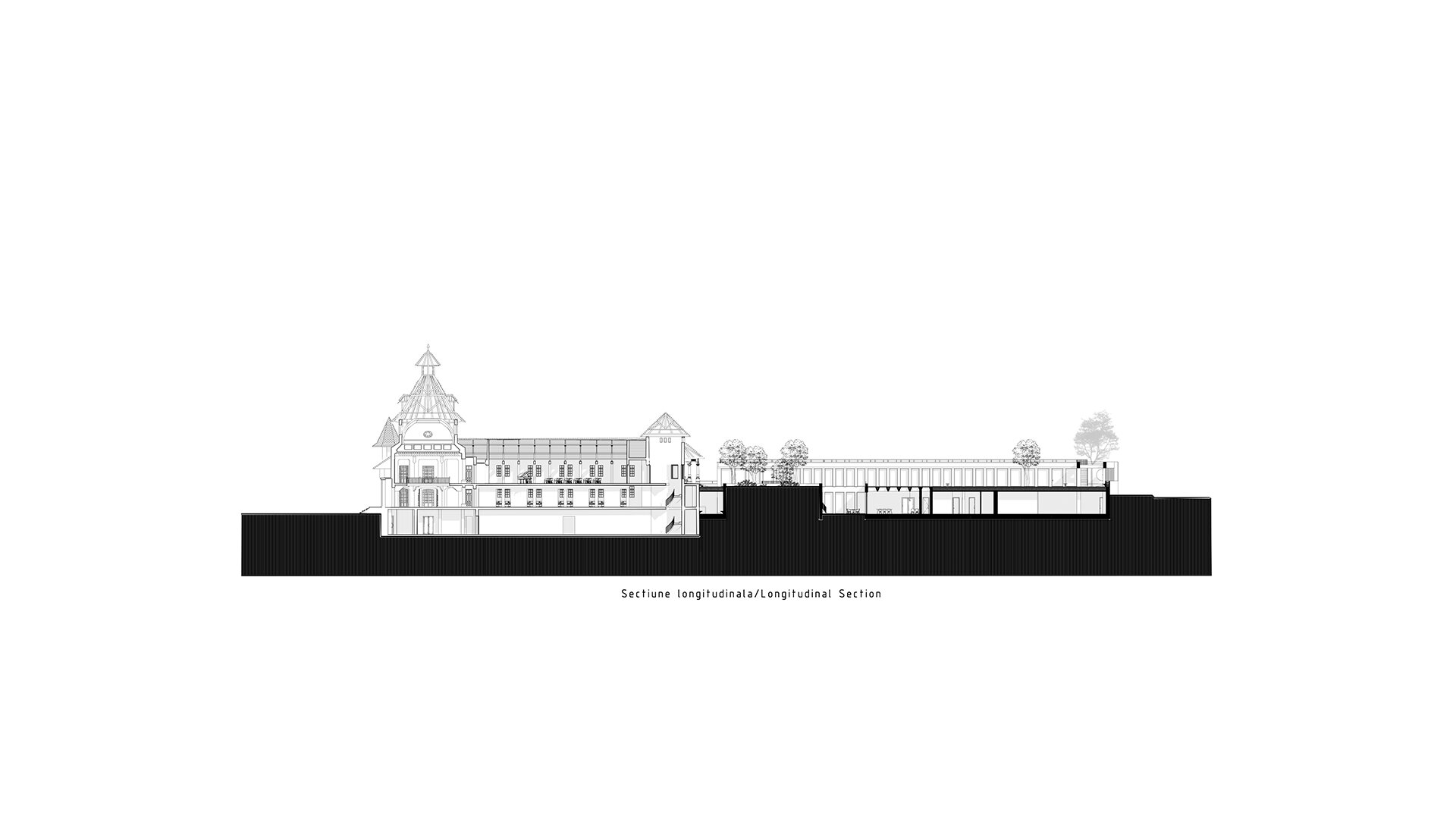 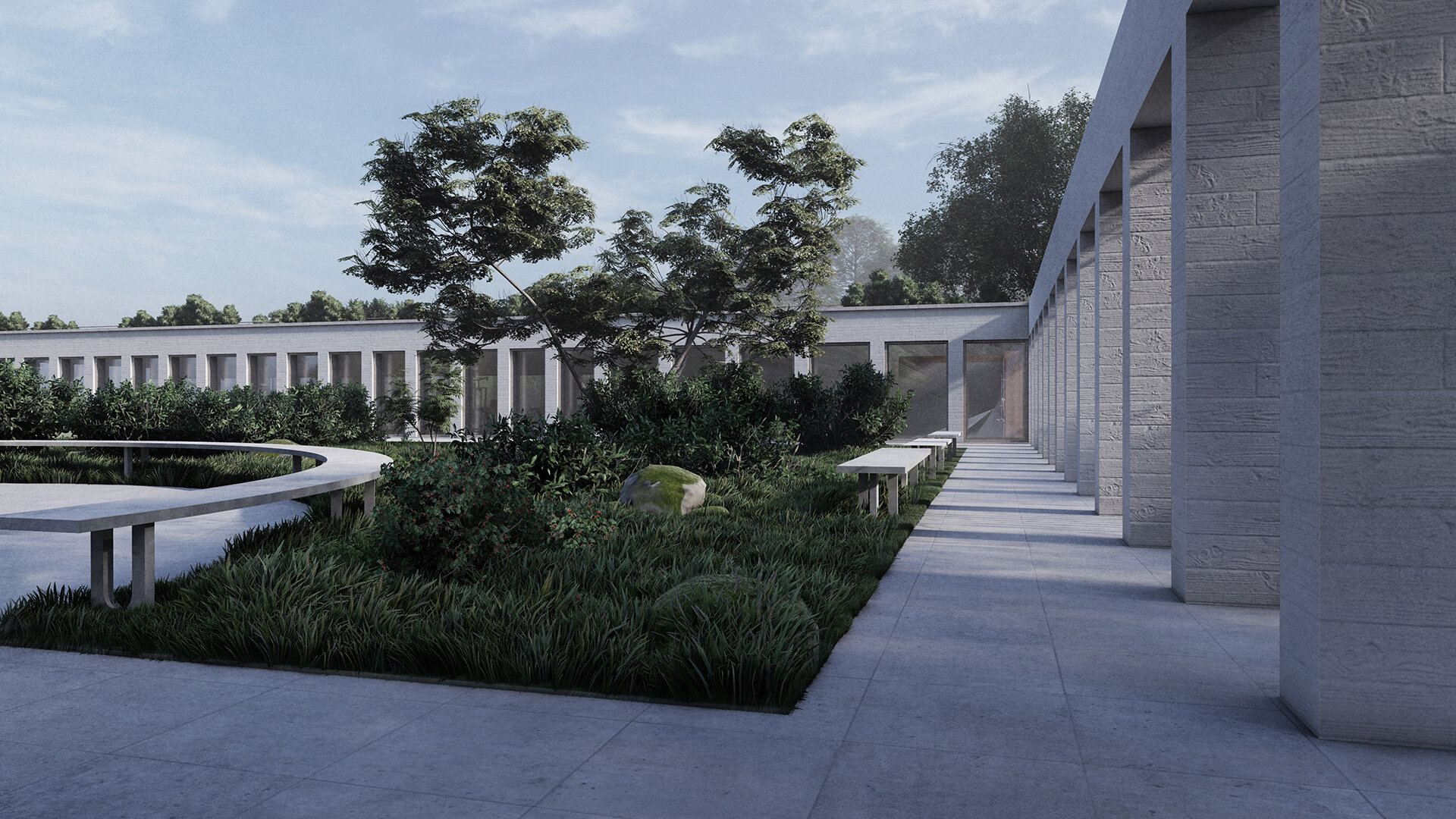 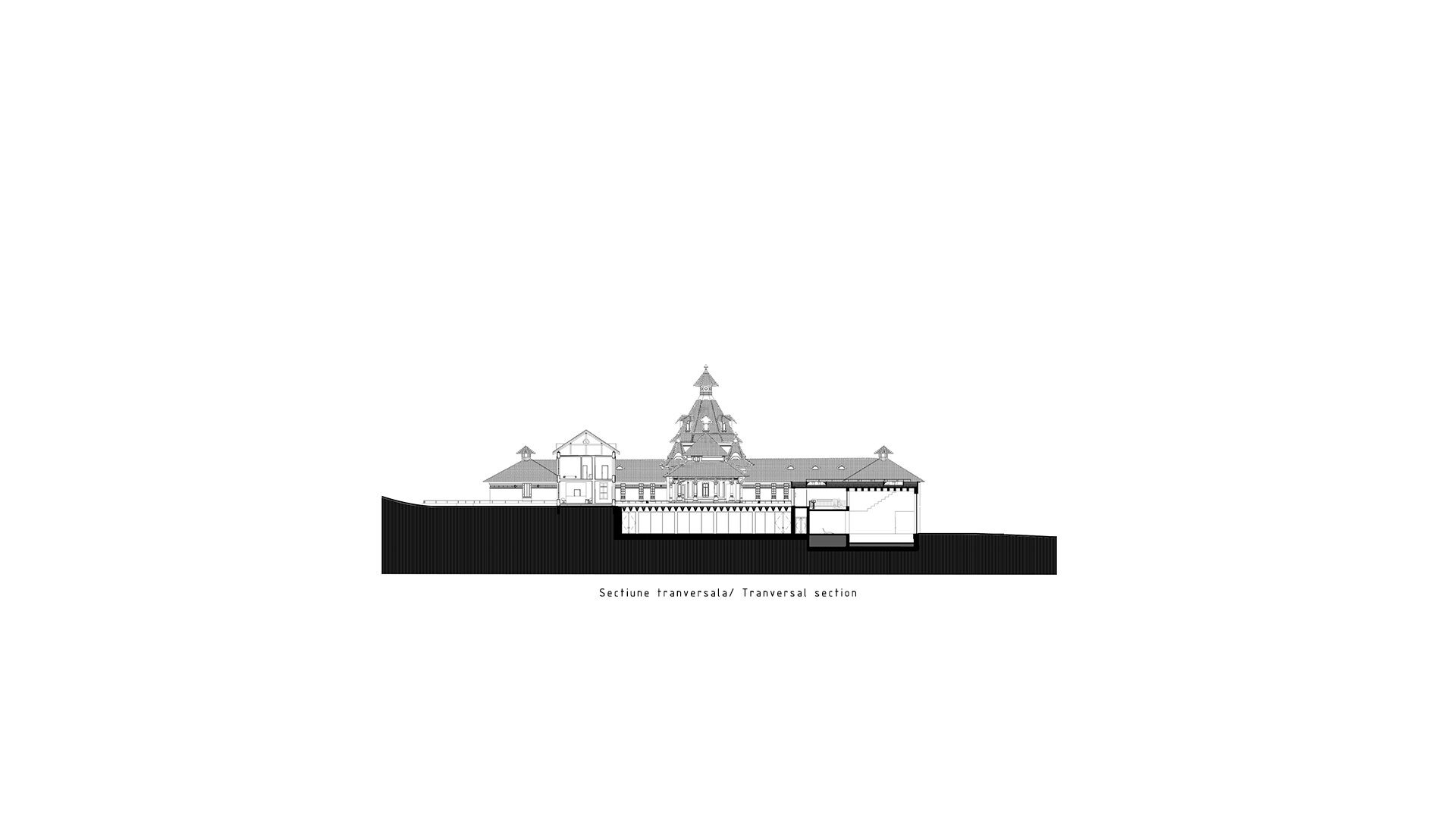 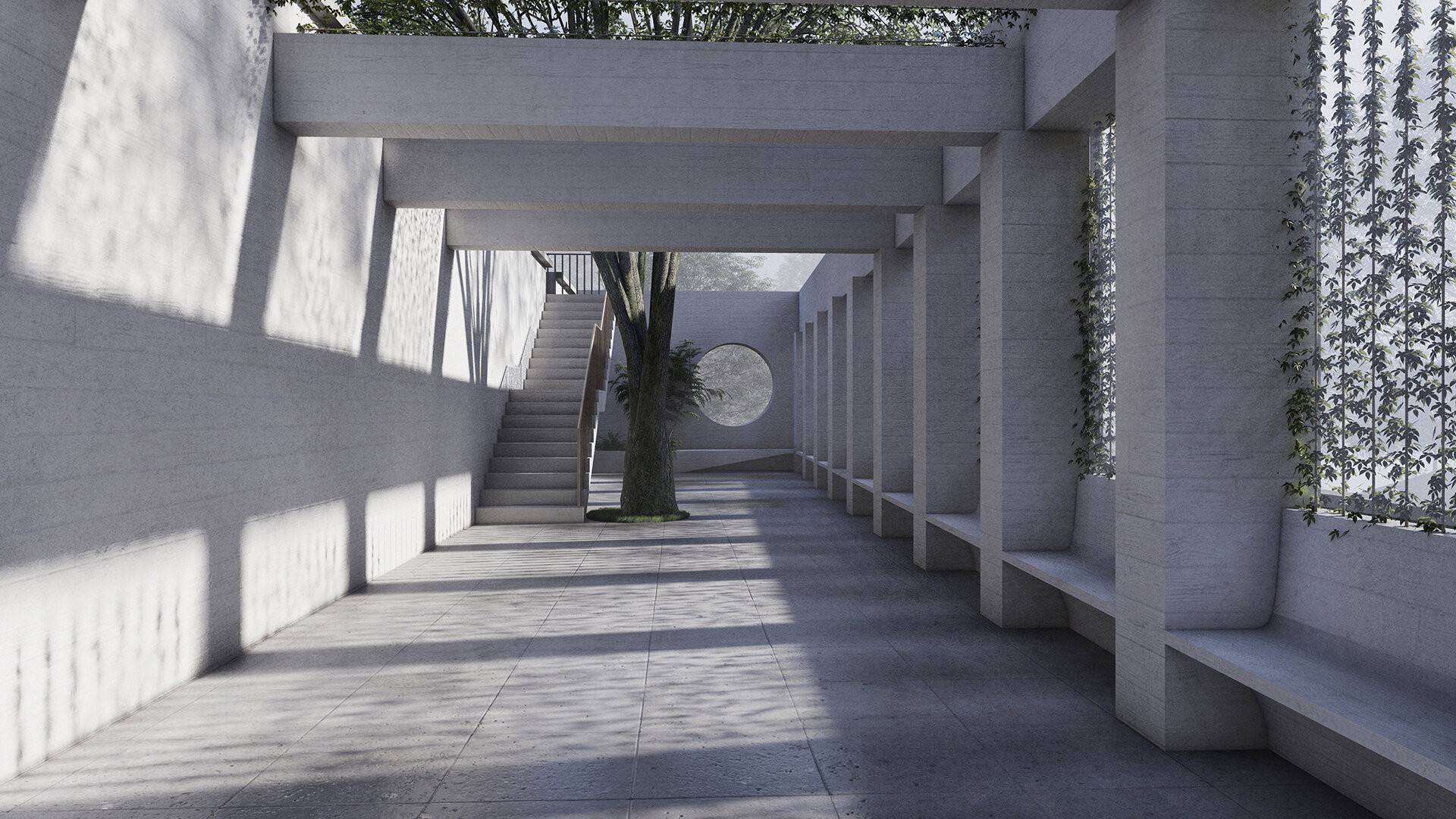 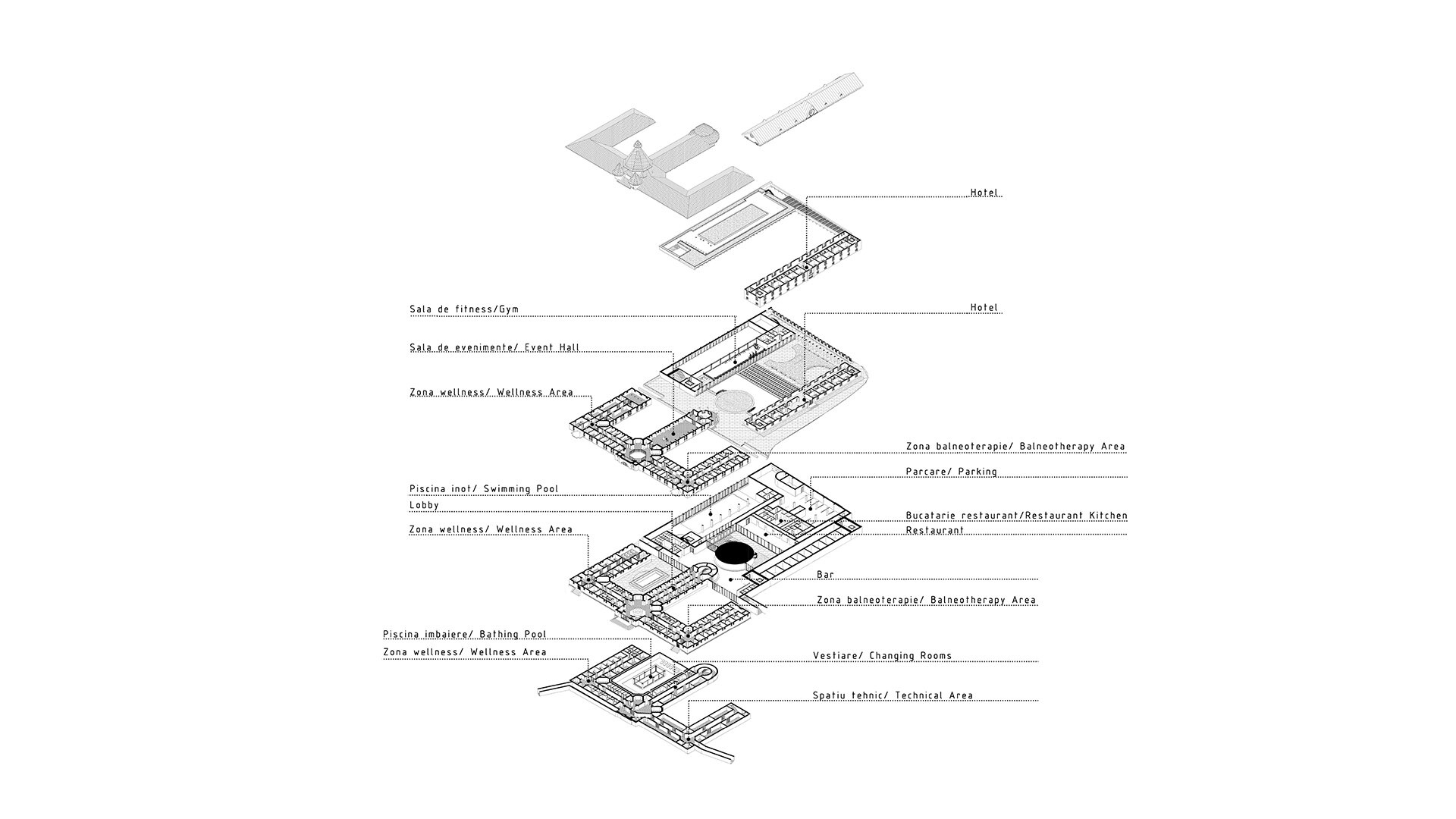 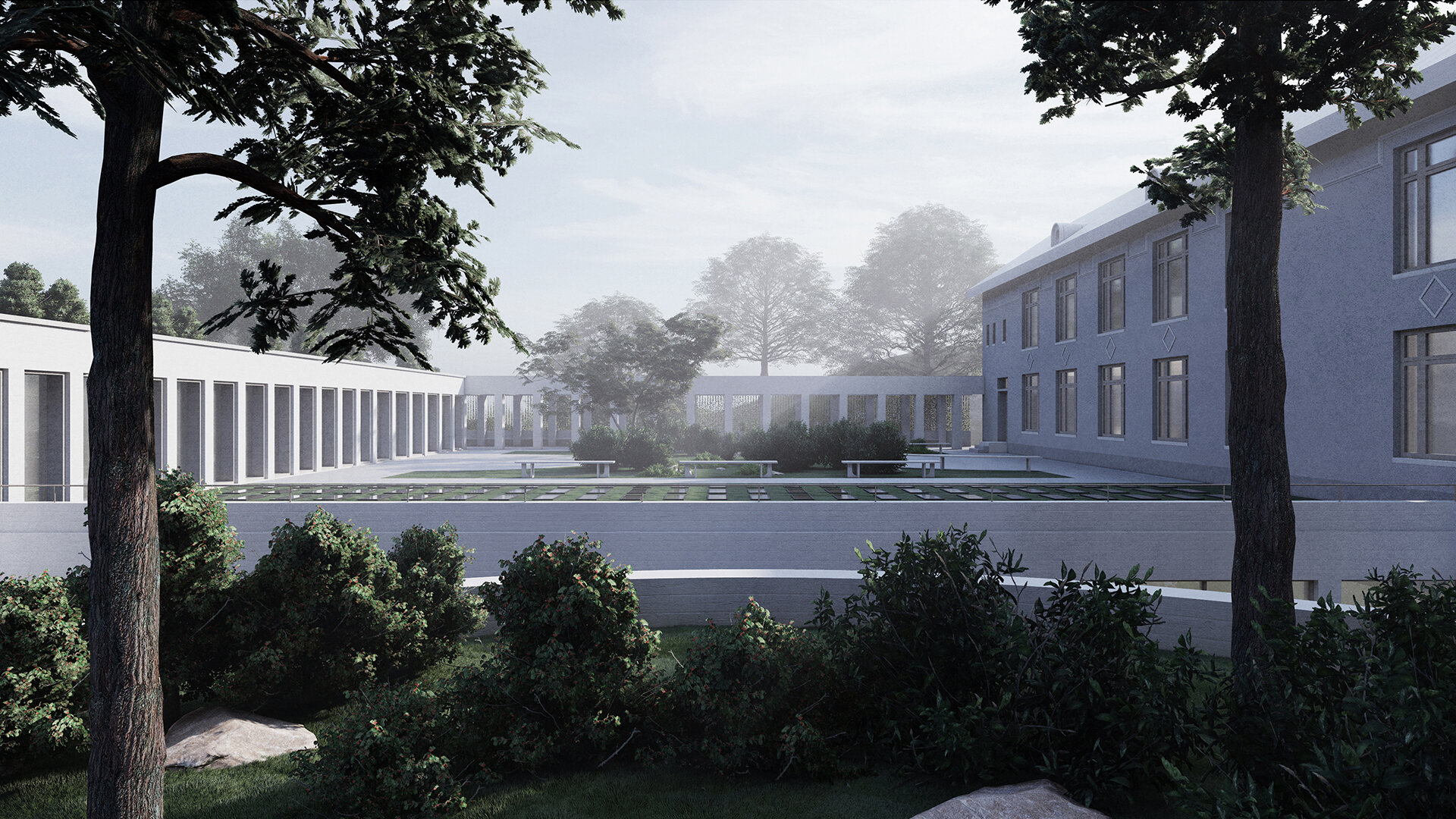