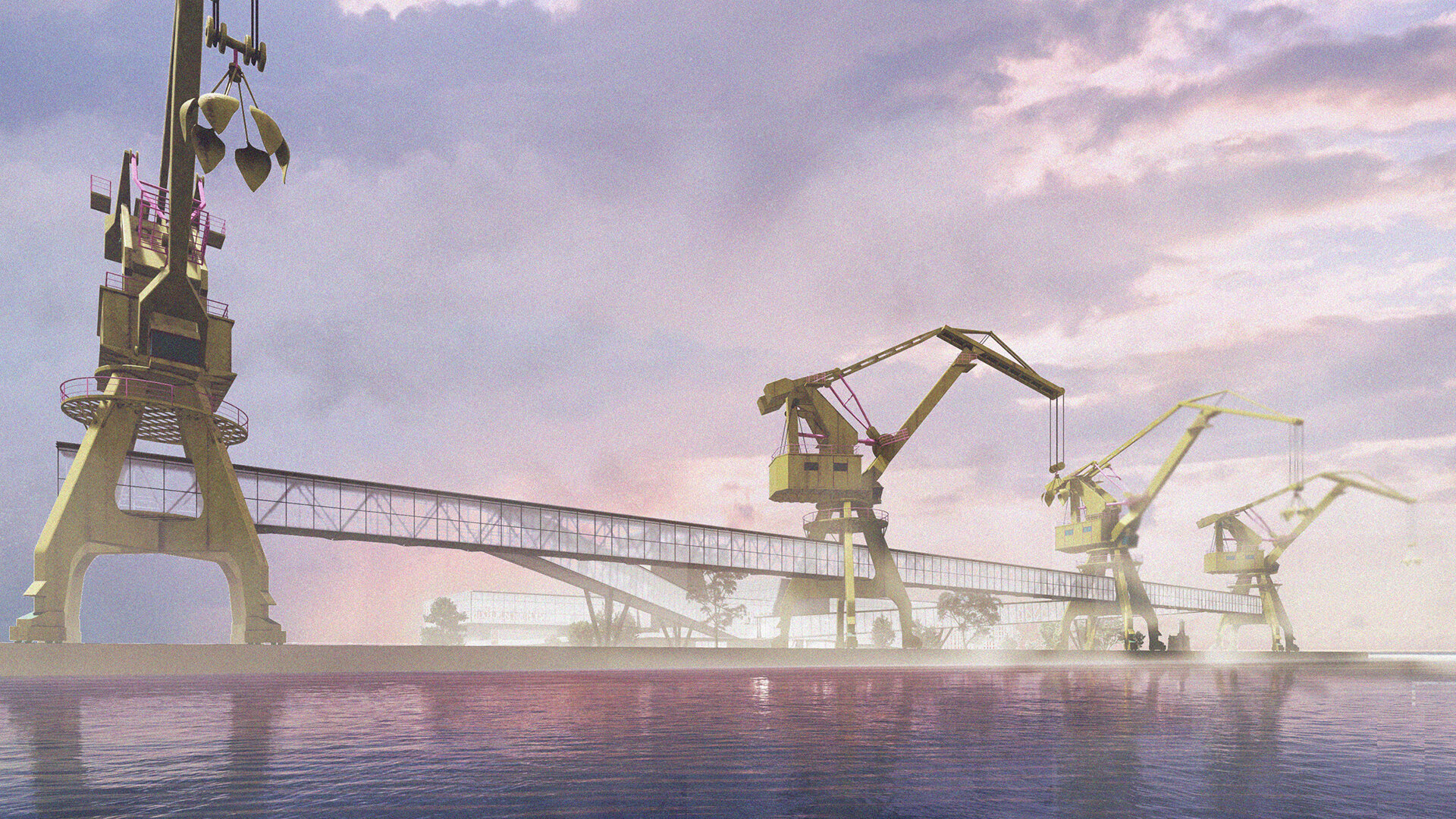 The waterfront forms the "facade" of the city, an attractive image that improves the relationship with other port cities and is a good part of the image of the city's identity. It has always been a source of well-being at the city level from a strategic, economic, social and recreational point of view, with palpable and measurable effects. Over these circumstances we add the huge political and economic interests and we get a very complex system.
The relationship between Constanța and the water front in the port area is currently non-existent. Even if the port and the city were determined by each other, at this moment they seem to be two different territorial units. There is no connection of the city with the sea, no boulevard descends to the sea, there is no axis facing the shore, and the promenade on the seafront is an insufficient segment. The Port Road draws a clear boundary between the peninsula and the water front for pedestrian traffic. The port area, although open to the public, conveys the image of an abandoned area, where the dominant element is the mountains of scrap metal. The route from the old port is addressed especially to the road transport, of functional order, the access through the external promenade of the dam being closed.
The project aims to convert and regenerate the area, introducing the dam area in the tourist route by joining the seafront promenade with its route and then with the new Museum of the Port of Constanța. The historical importance of the end area of the dam is extraordinary, from Queen Elizabeth who spent her summers in the royal pavilion, to the meeting of King Carol I with Tsar Nicholas II of Russia. Today, it is just a forgotten area, mostly covered by scrap metal. The proposal is based on emphasizing the public space, whose culture is very often present in historical engravings and photographs. The identity of the industrial period is also a very important stage. Thus, it is desired to integrate the area in the network of public and tourist spaces of the port, preserving the character and history typical of the port function.
The identity of the public space is imperative in a revitalization process, so the proposed function is the Port Museum, preserving elements such as the axiality of the dock and the focus of Carol I's Lighthouse - elements of infrastructure and equipment - but also the established exhibits of the port that are not properly exposed. . The most important element in the exhibition is the Dolphin submarine, which is unusable and works as a museum once a year. Thus, the route of the museum is outlined around these elements, a path that follows the rendering of the dynamism characteristic of the port activity. In the idea of engaging the community and the tourist route, the function is completed with a series of related activities such as: research area, multifunctional room, classrooms, restaurant.
The revitalization of the coast as a whole involves both the physical infrastructure and the community, and the impact that the process of urban renewal has on the community is closely related to the impact it has on the environment and the city. 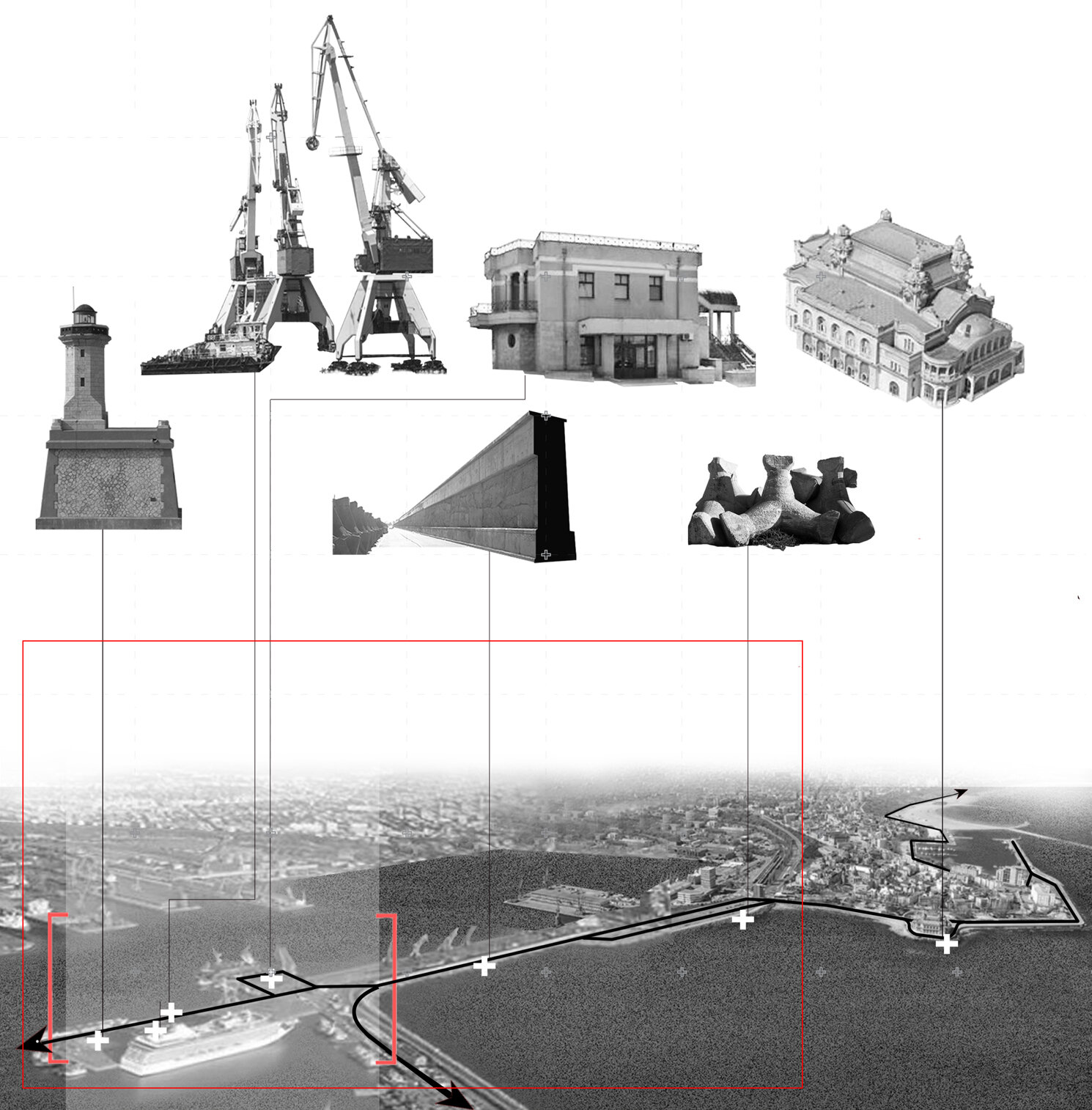 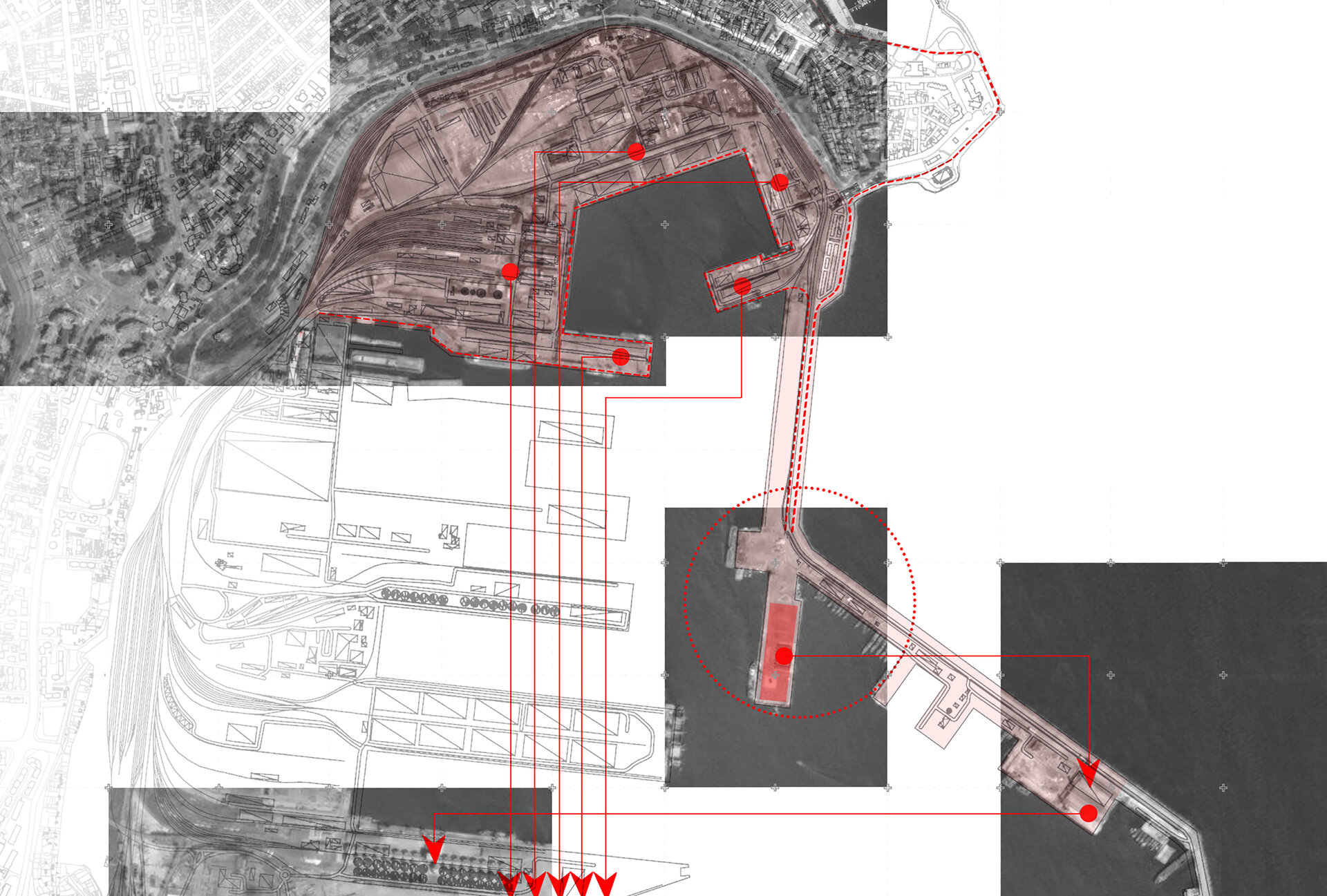 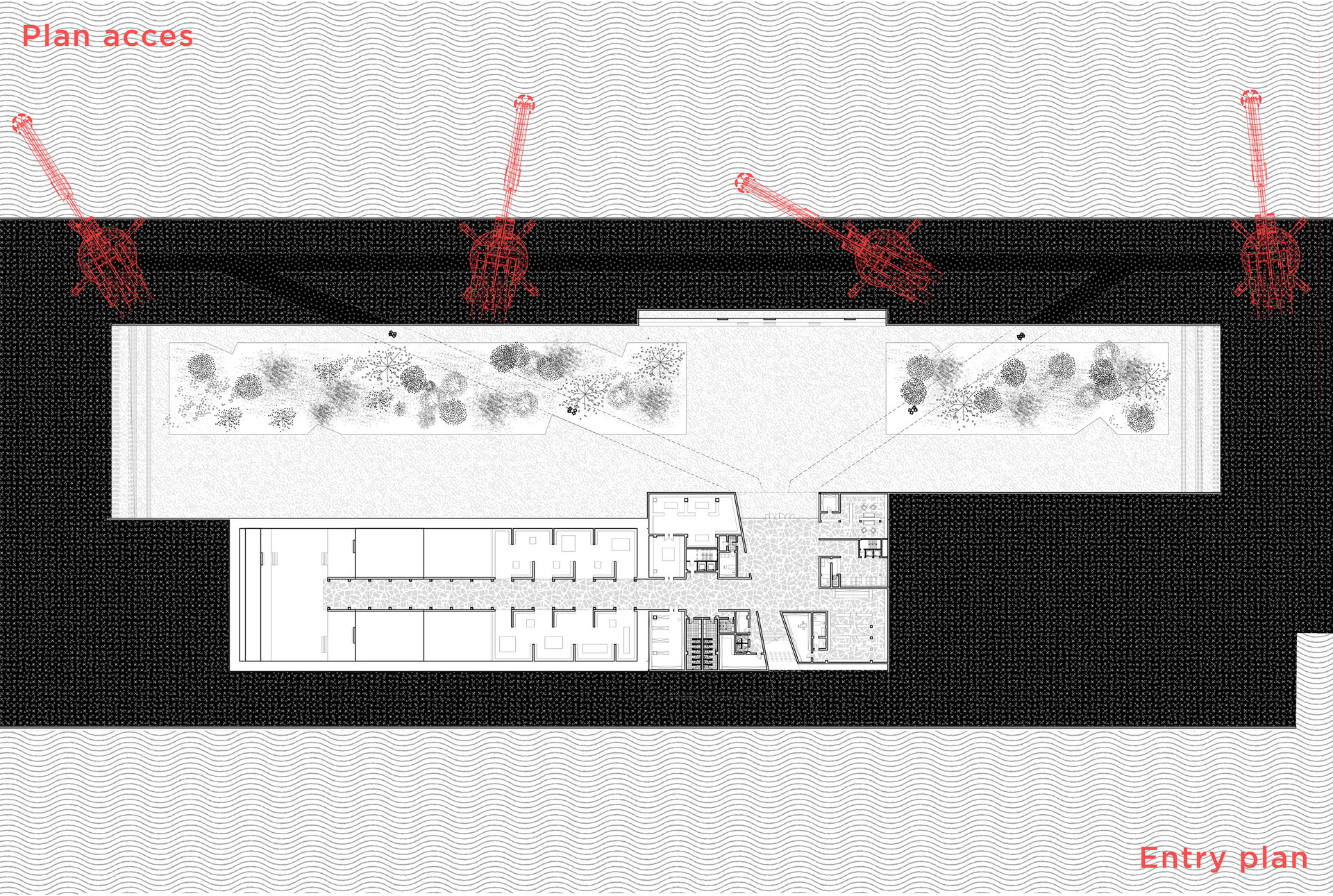 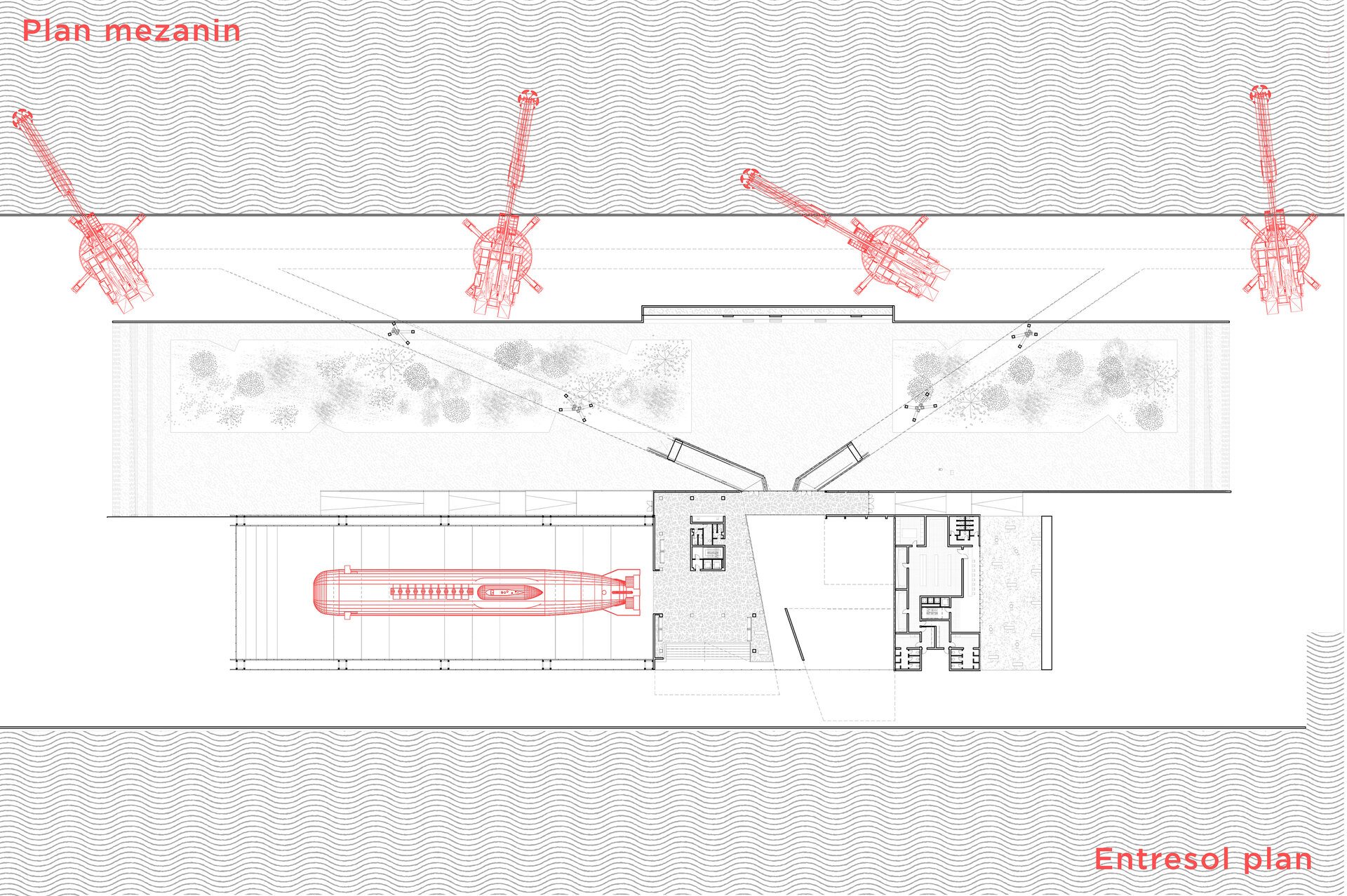 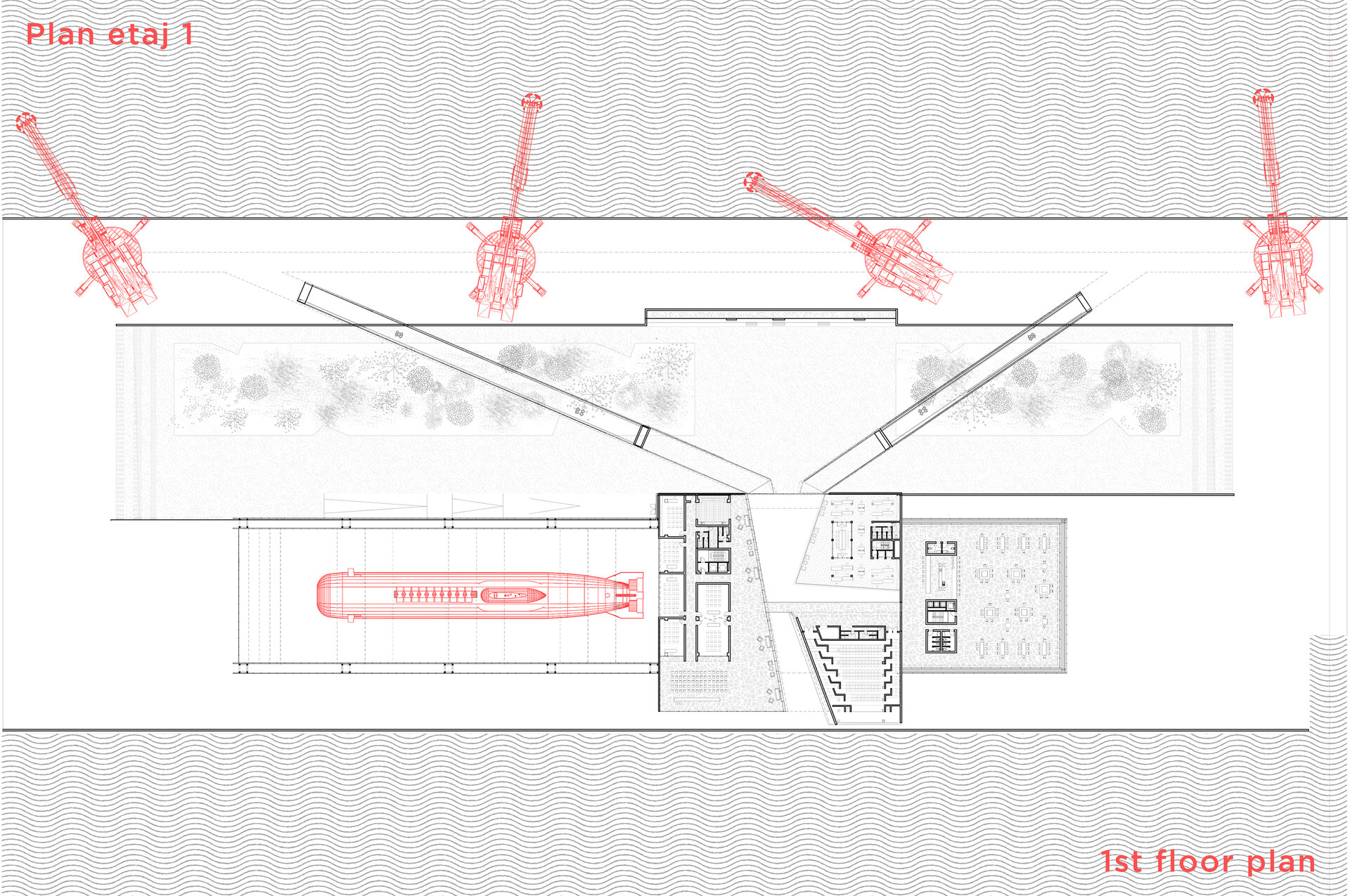 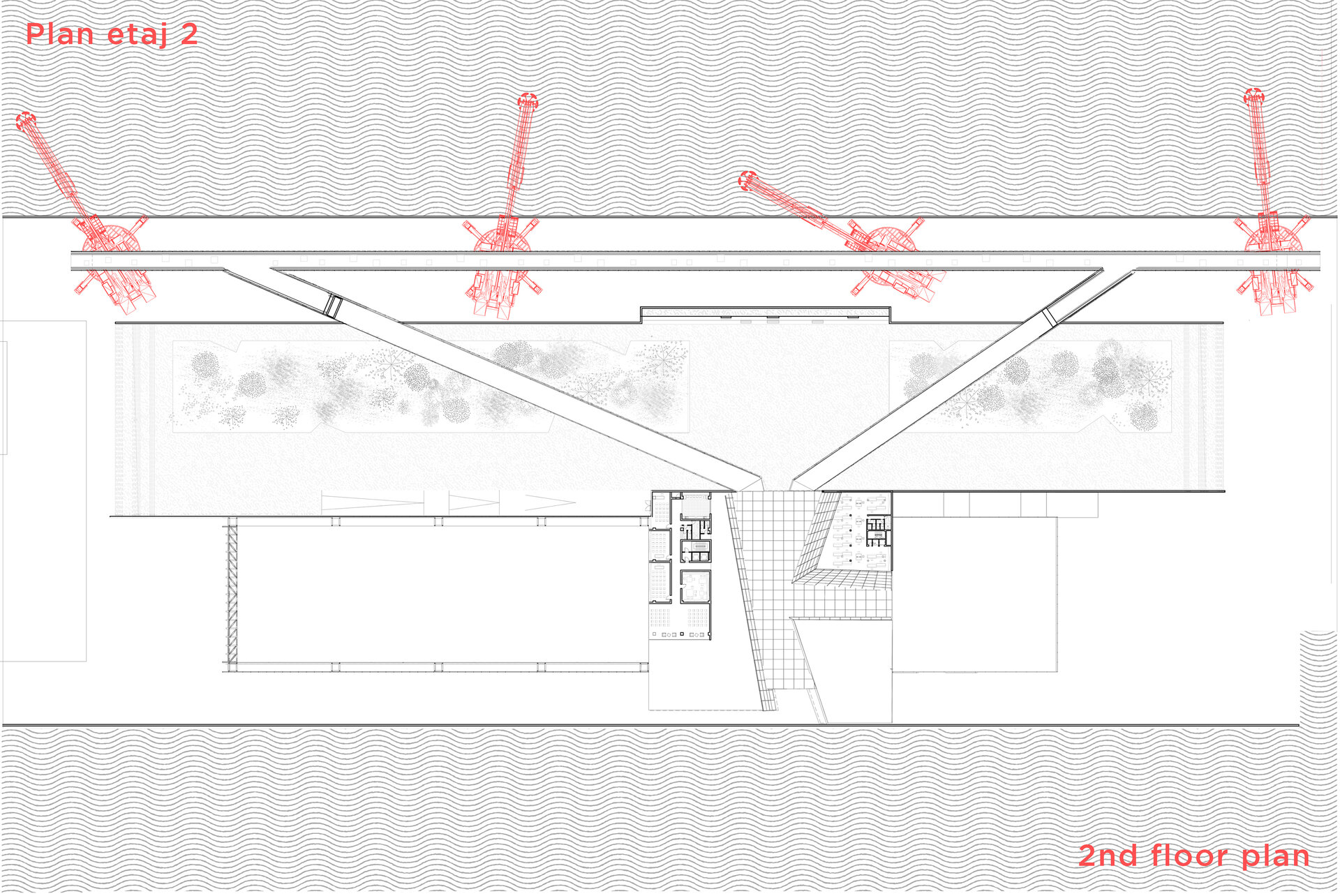 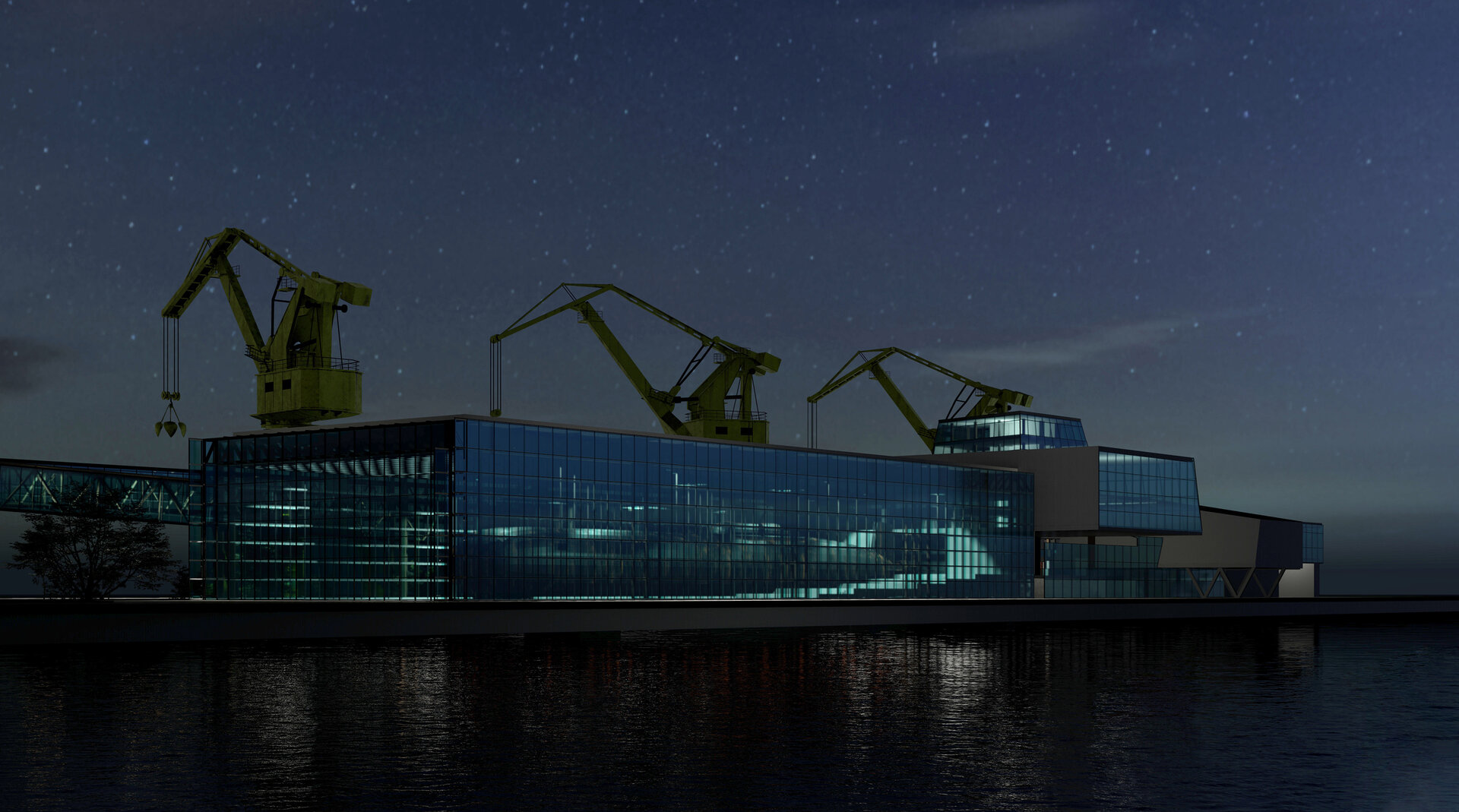