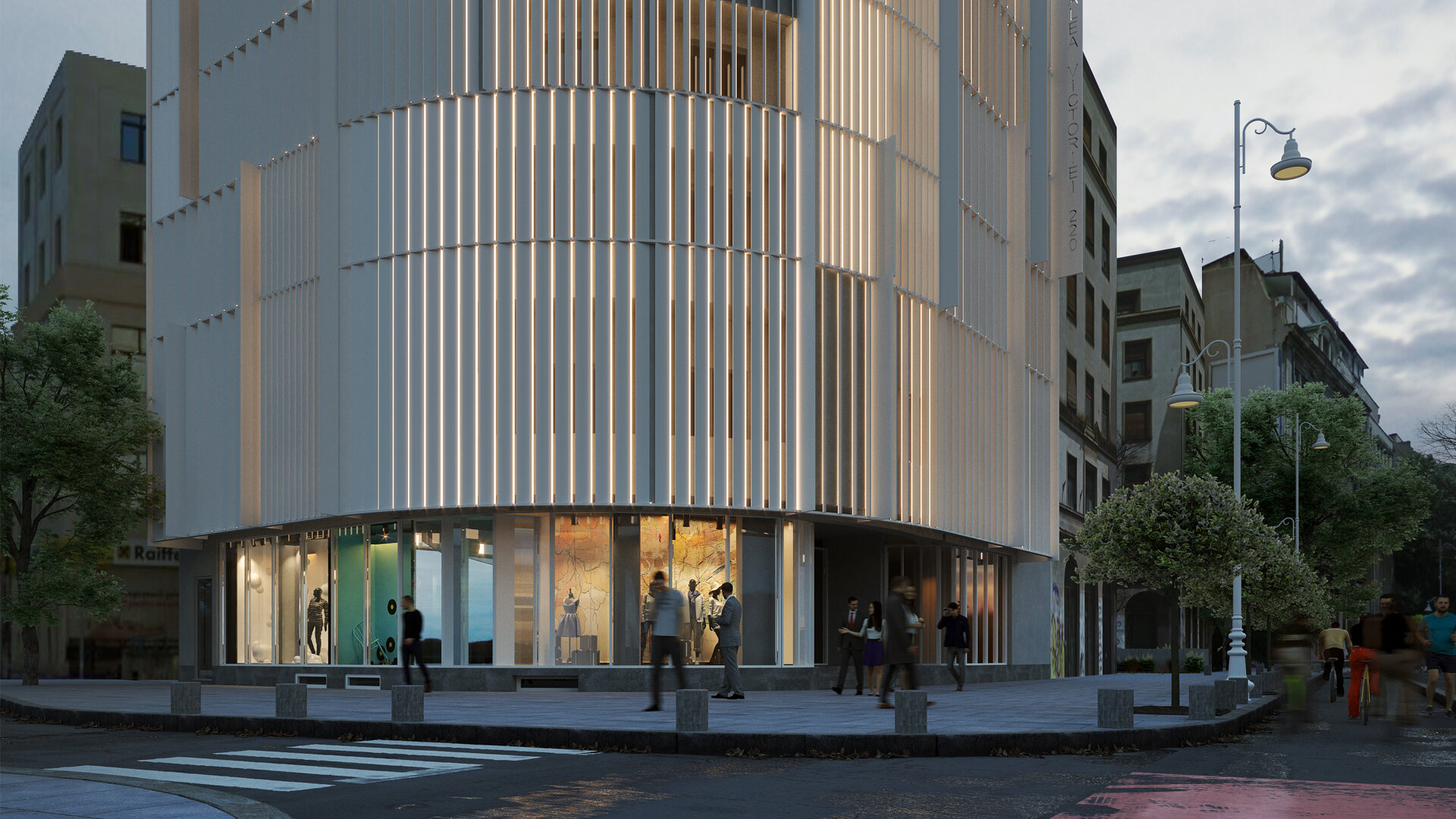 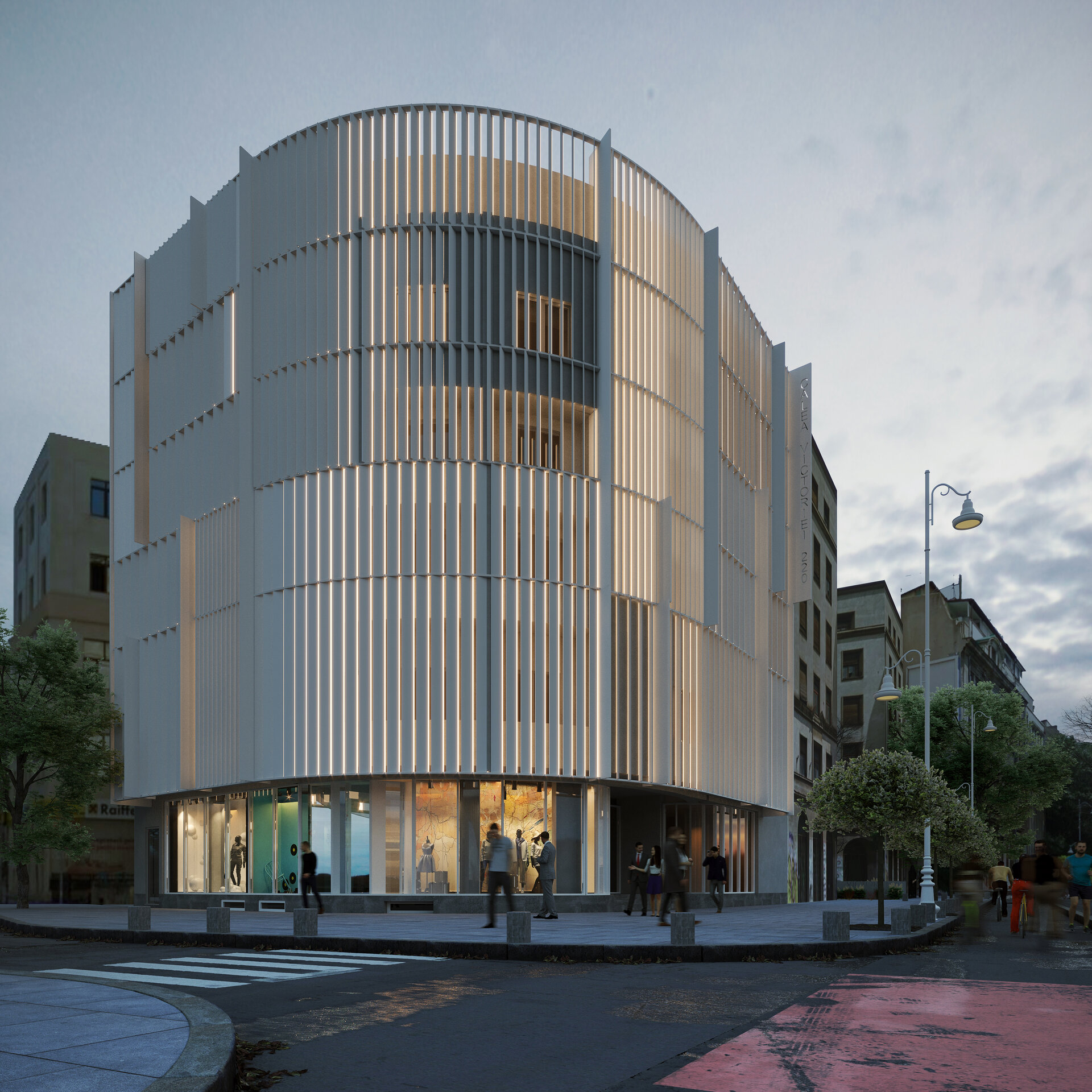 Calea Victoriei has many remarkable buildings and architecture treasures. Throughout its history, many of these buildings have been replaced by buildings that do not rise to the prestige of the boulevard. The urban regulations for protected areas save many monuments from demolition, but leave very little options for buildings whose appearance should be changed. It is the case for our building found at the intersection between Calea Victoriei and Grigore Alexandrescu Street. Initially designed as an office building with 7 floors and an attic, only 4 levels were ever built, which dramatically influenced the appearance and proportions of the building. The decorative elements of art-deco inspiration were simplified during construction, creating an image unsuitable for the reputation of the boulevard. Now found on the endangered list, the building has been abandoned for several years and is found in a continuous state of degradation. In order to rehabilitate the building, under the conditions allowed by the regulations of the area, two scenarios were considered. In the first scenario, some of the elements found in the original design have been adapted to the existing building, while the second scenario, more daring, proposes covering the facade in a dynamic texture, which hides the current facade. Regardless of the approach taken, it is important that this building is brought back to life. 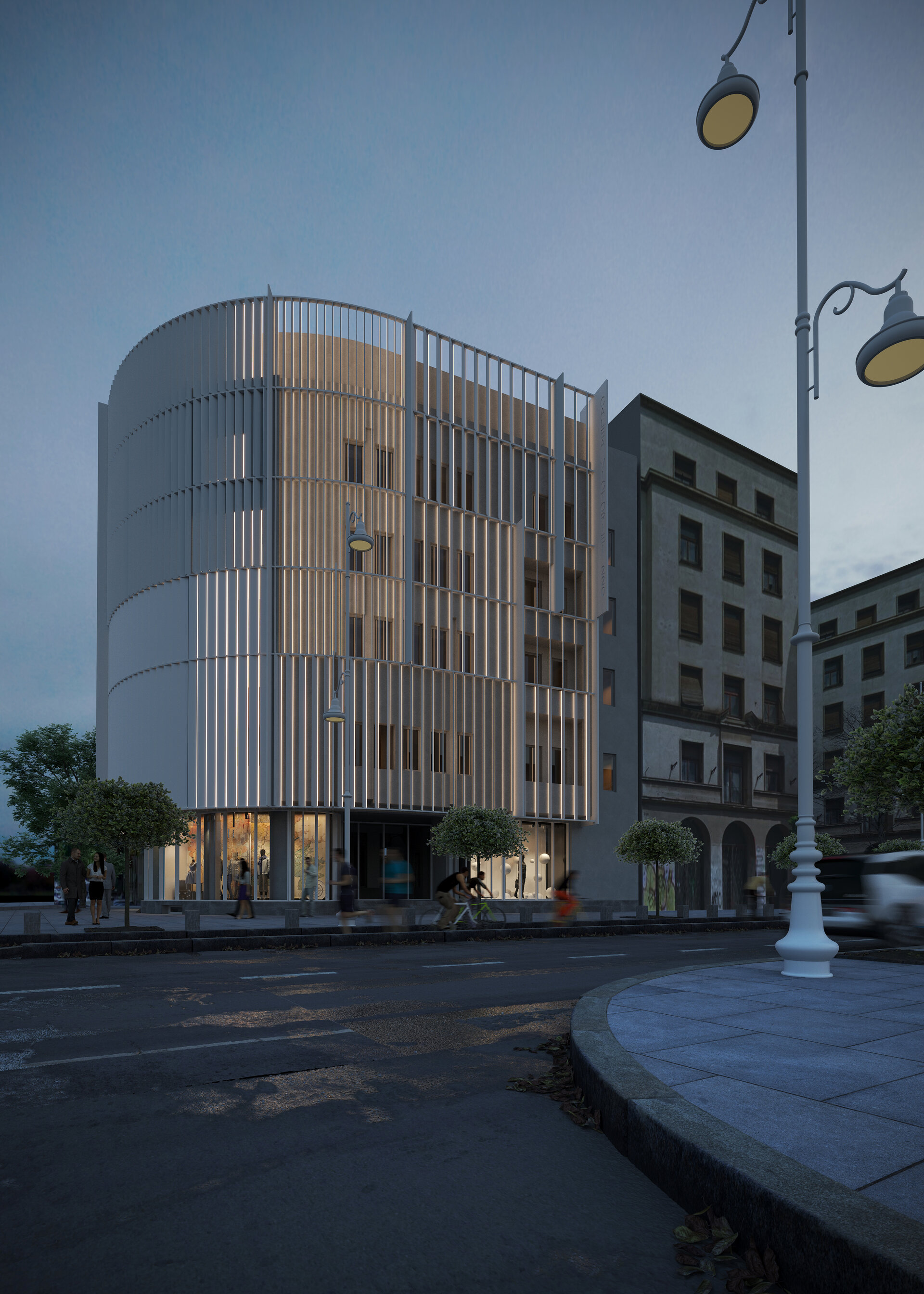 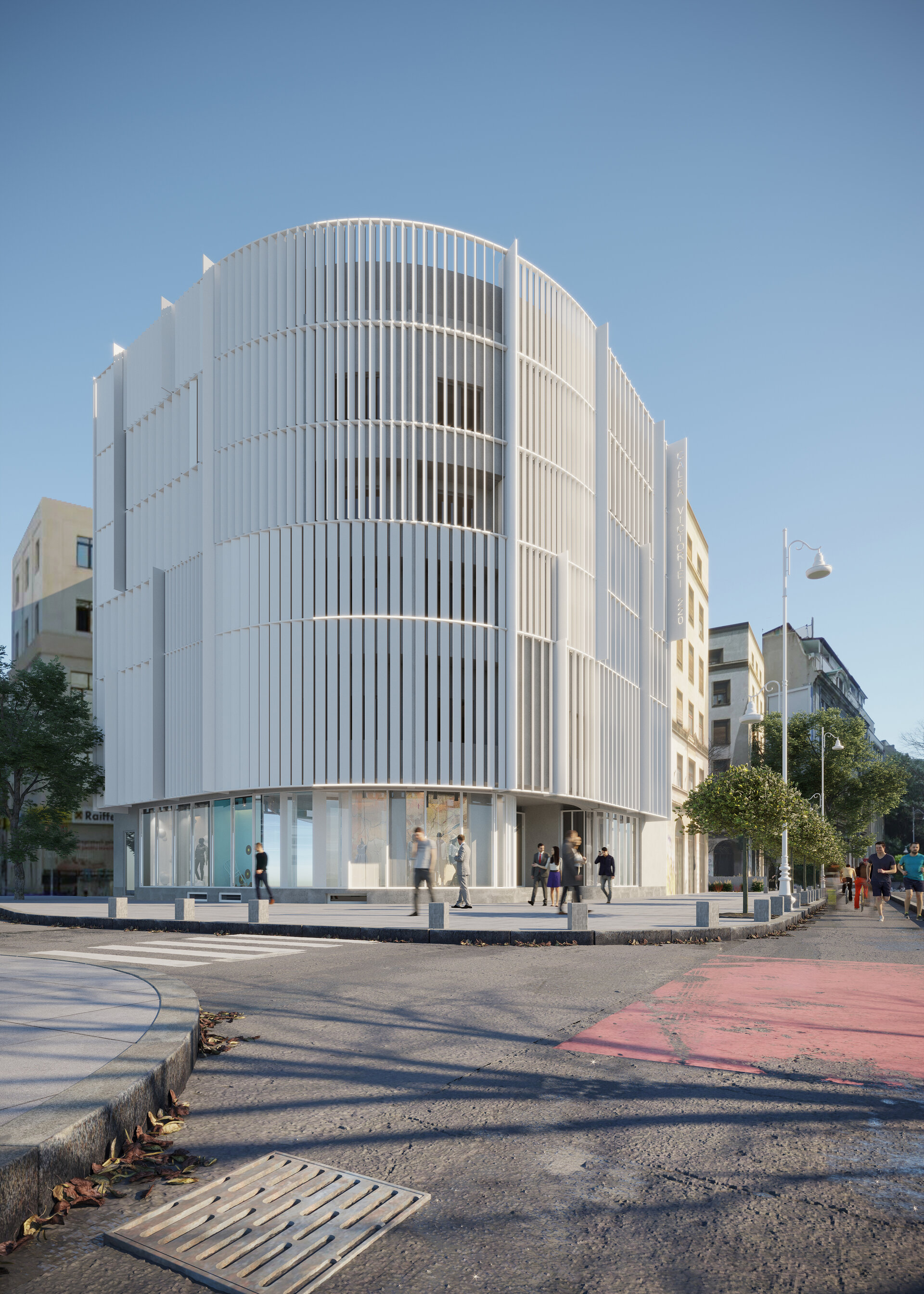 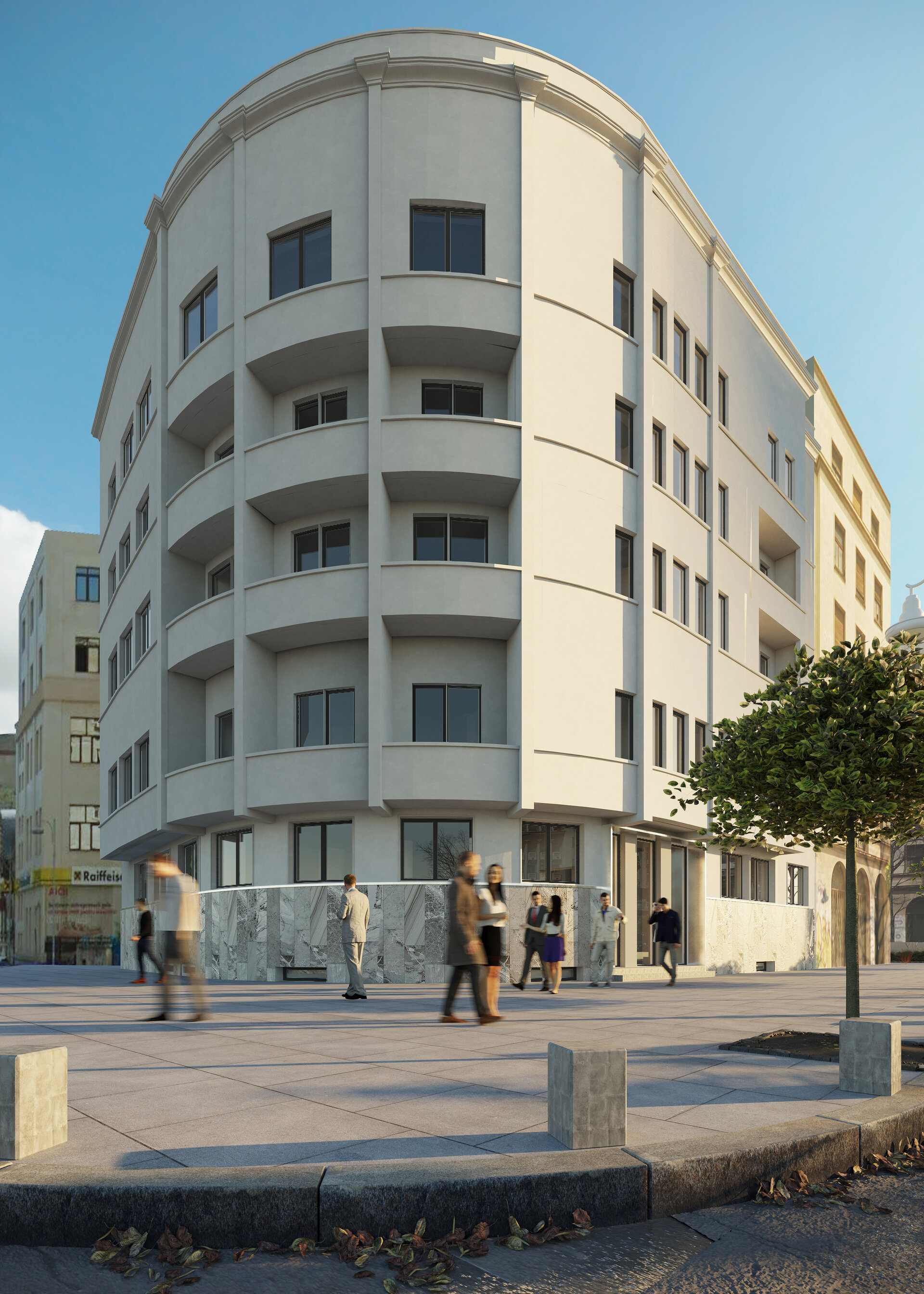 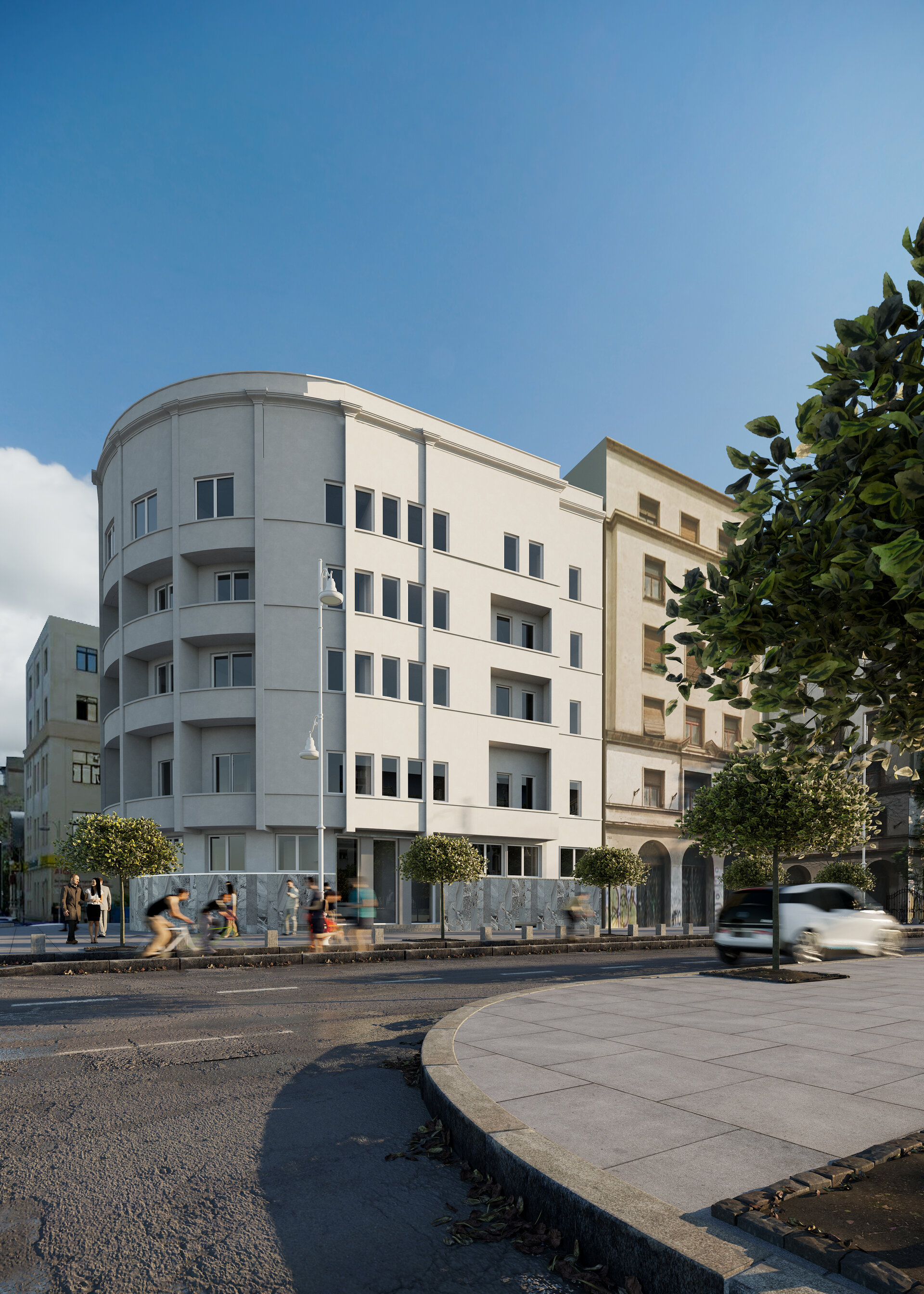 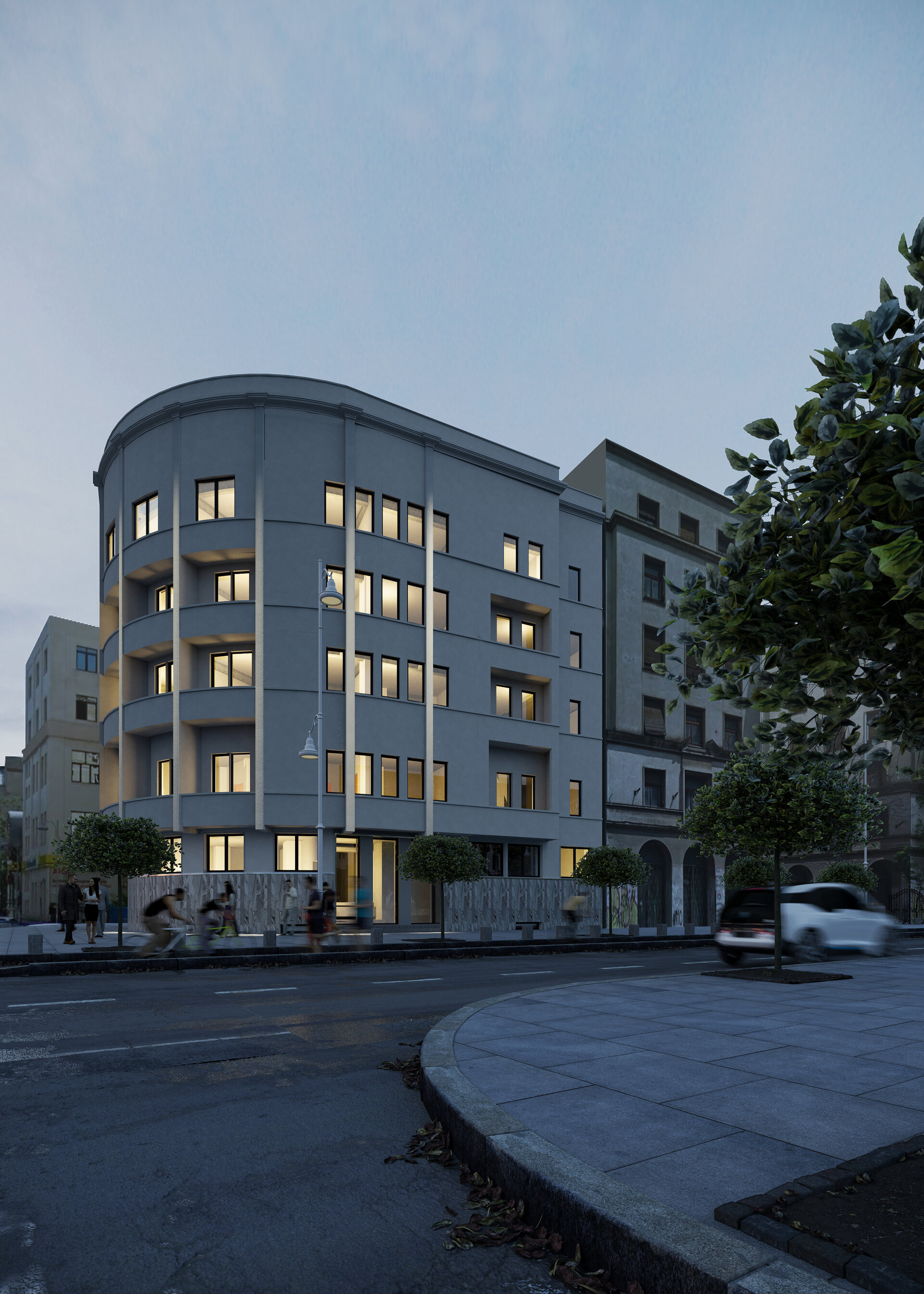 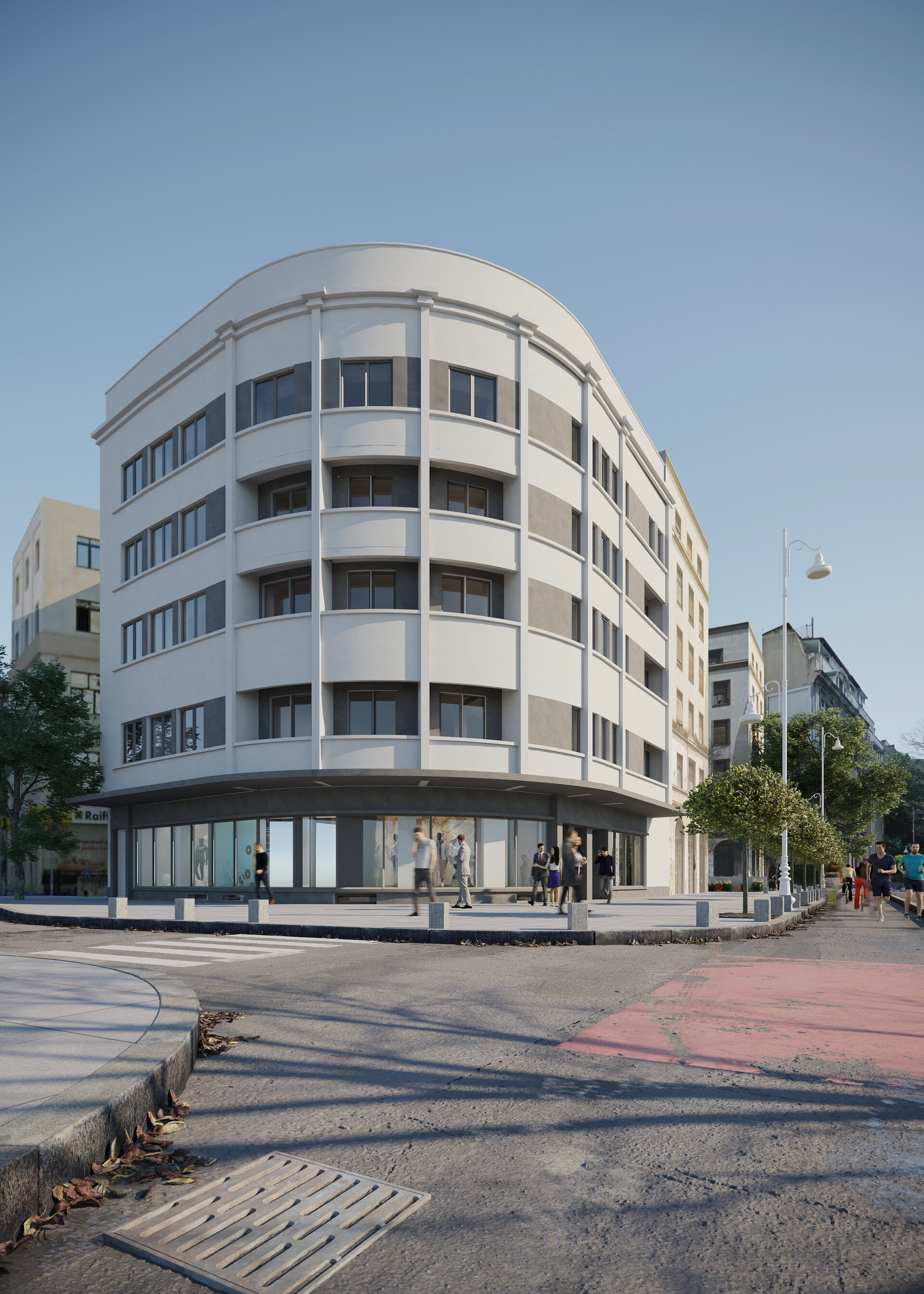 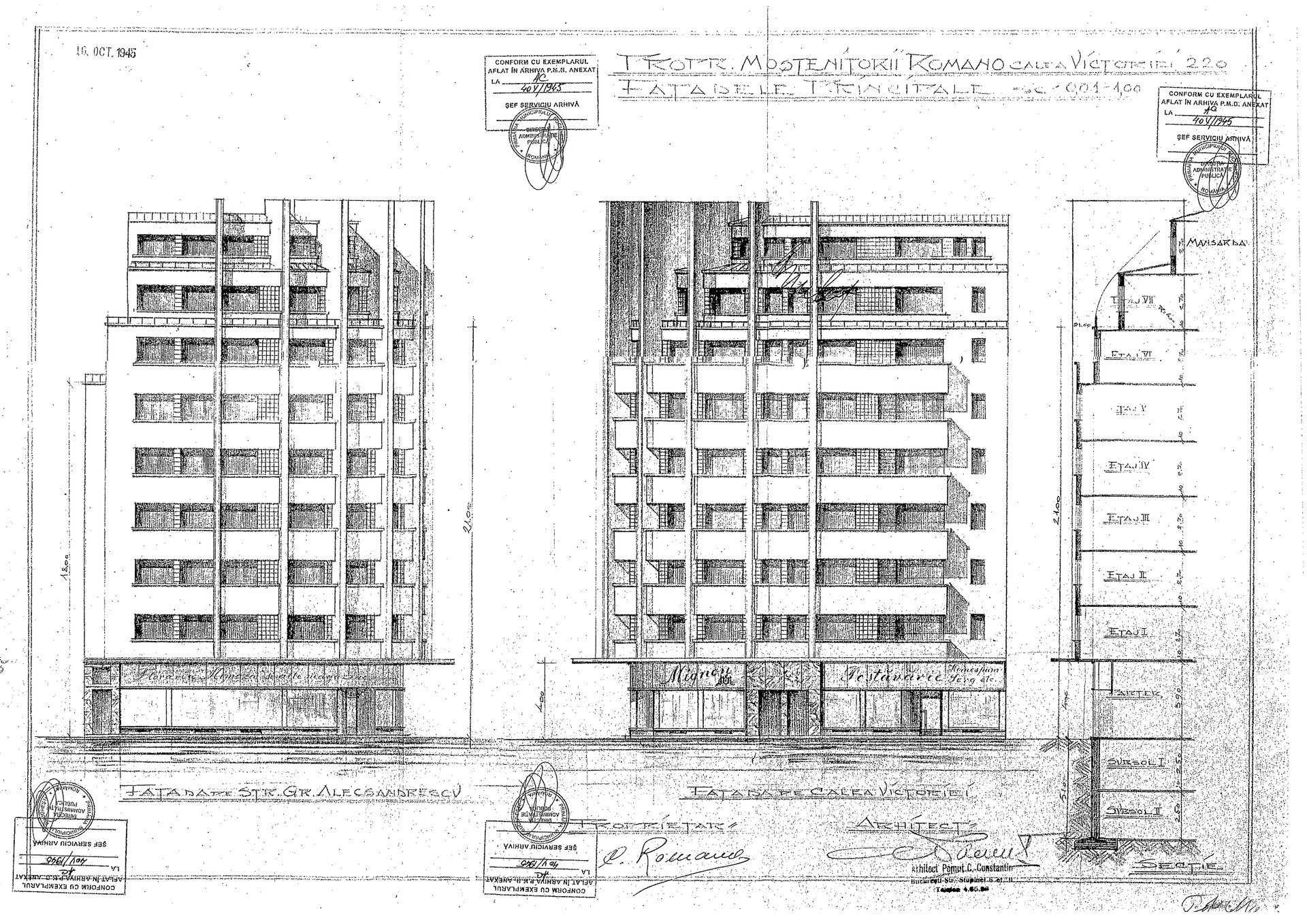