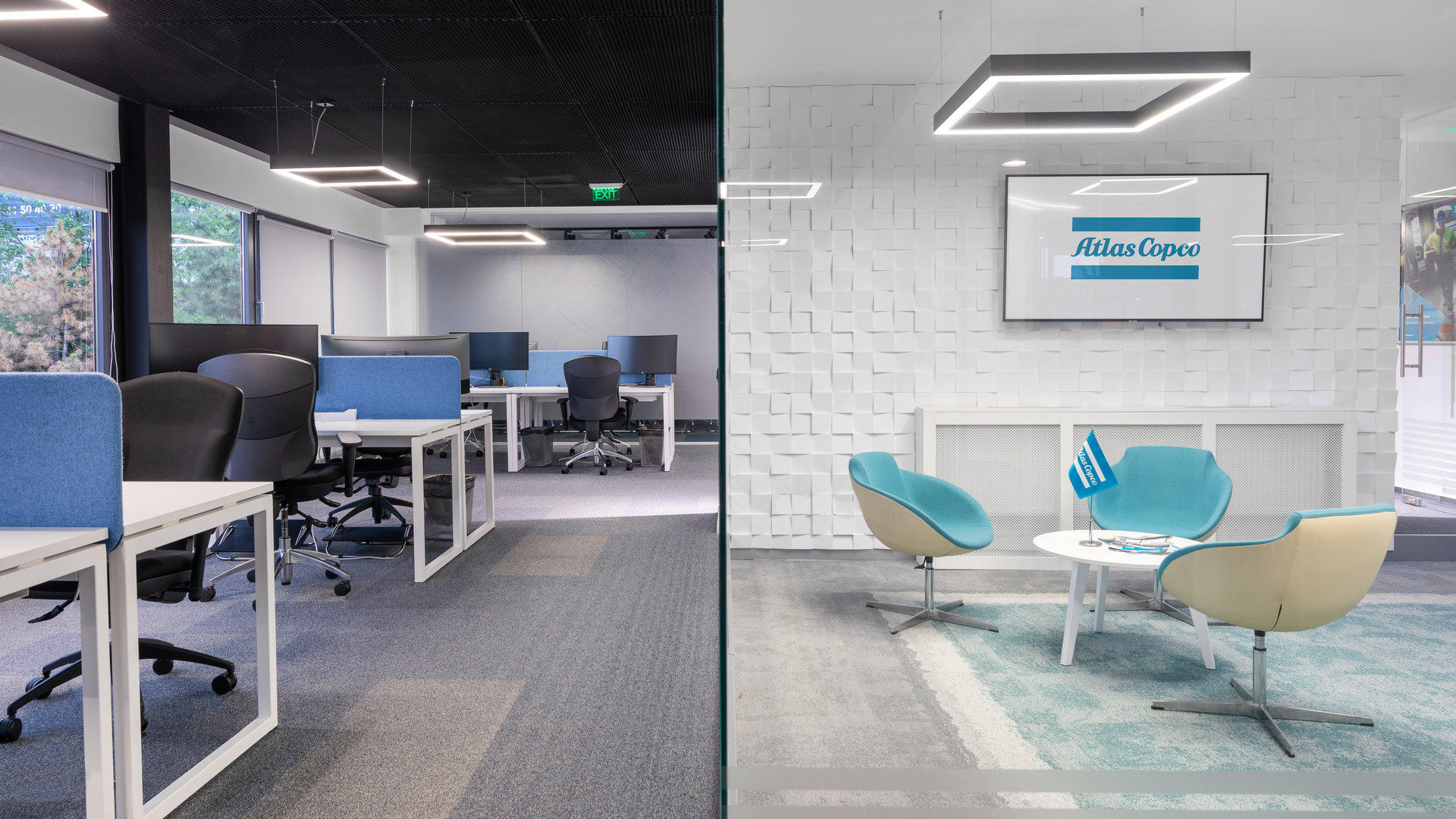 Atlas Copco offices in Bucharest are situated on the floor of a 450-square-meter metal construction. The chosen chromatic pallete is part of the firm's concept, based on white-gray-blue-black colors. According to the company's needs, a concept and fit-out have been developed to meet all the working conditions. The access is through a metal ladder, which evolves into a larger space that has become a waiting area. This space is marked by a difference on the level from the office space and by adopting another slightly lightier color palette. The first impression is that this space communicates with the open-space area of the offices,but they are sepparated by light glass partition. As a particular effect the dynamics are revealed through the 3D panels of the gypsum. In the office and plaza area, we find a language similar to the one in the waiting area, more precisely, aluminum LED lighting, 3d panels, the furniture that presents itself as an accent in the space. The conference rooms complement the spaces described above, so the concept has continued in all the spaces.