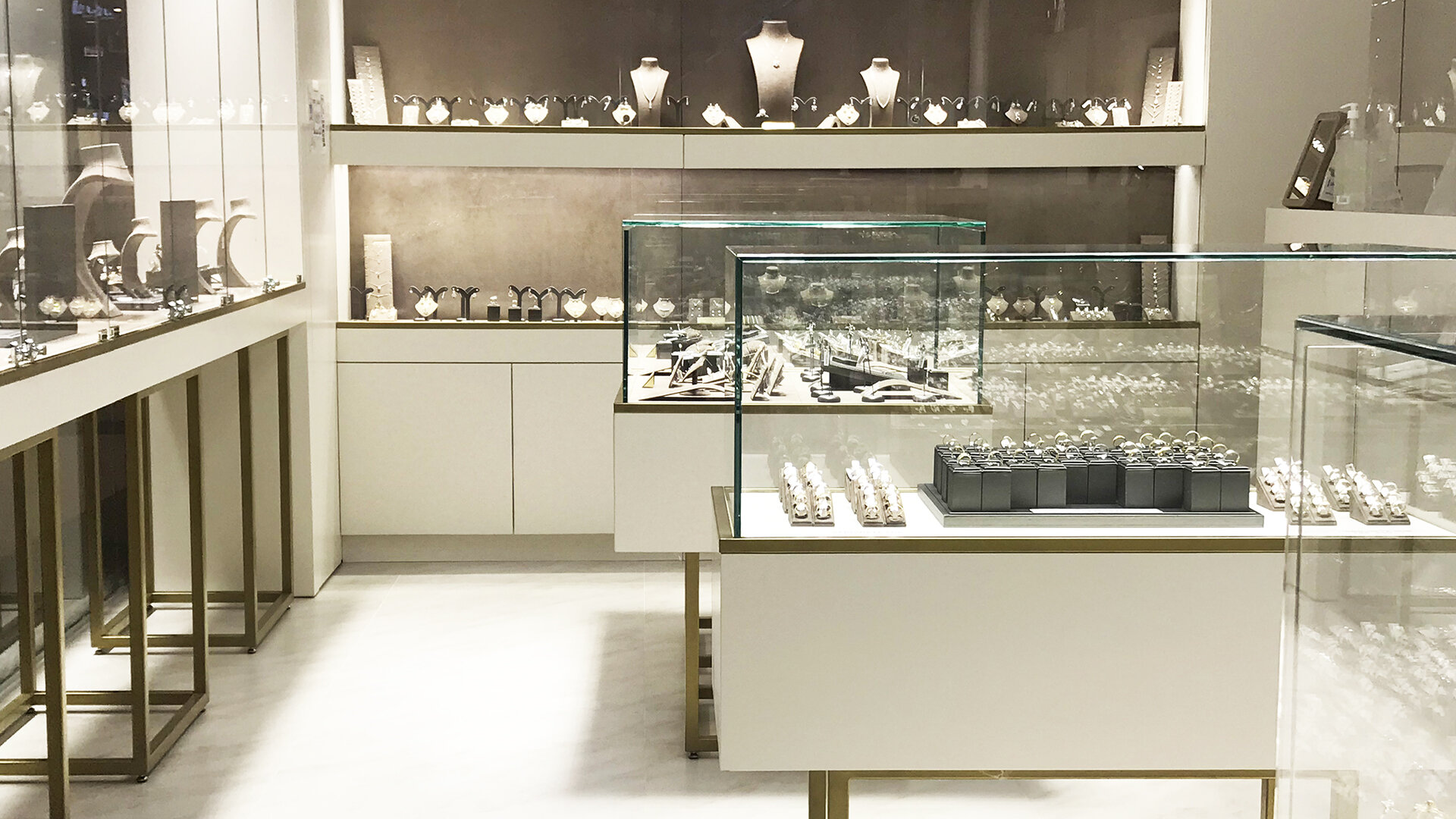 The "SEVDA Diamonds" chain stores is one of the most important retailers in the field of jewelry in our country. This profile led the process of interior design, starting from a few basic principles: elegance, transparency and minimal design. Thus, the proposed materiality, composed of only four elements, intends to respond to the pre-established principles generating a contemporary design. Glossy ivory surfaces cover the perimeter of the commercial space to give an intense feeling of expansion. The gilded metal profiles finds its place where the glossy opaque surfaces meet with the transparent glass, in order to delimit in a mannerist formula the space dedicated to jewelry display, emphasizing their main role. Equally, the flexible supporting elements of the windows are reminiscent of the simplicity of those specific to Carlo Scarpa’s interior design. The jewelry - the essential element of the space - is exposed on a background of light greige velvet, the warmest material in the arrangement, out of the desire to give a relationship as close as possible to the organic texture of the skin. Another element, of immaterial nature, is the light. It plays a key role, focusing more the displays and less the general ambience. The light spectrum is chosen in such manner to emit reflections specific to jewelry. In the general arrangement, we opted for three types of exposure, chosen according to the type of space. Thus, the exterior window was designed according to the principle of transparency, allowing the visual coverage of the entire commercial space. Inside, independent island-type exposure bodies have been designed, which allows flexibility in circulation. The wall exposers are positioned linearly, on two rows, in the areas with maximum visibility. 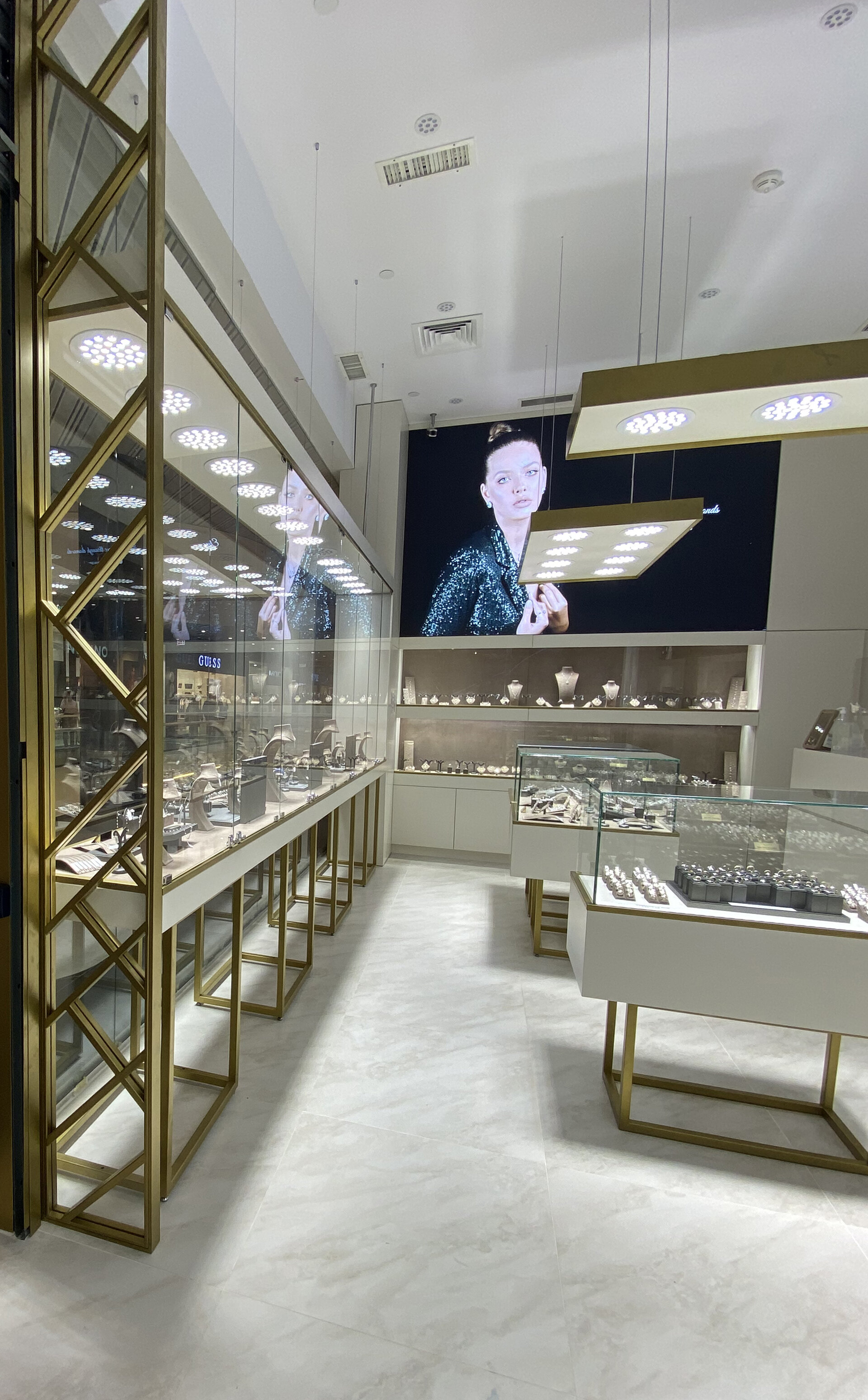 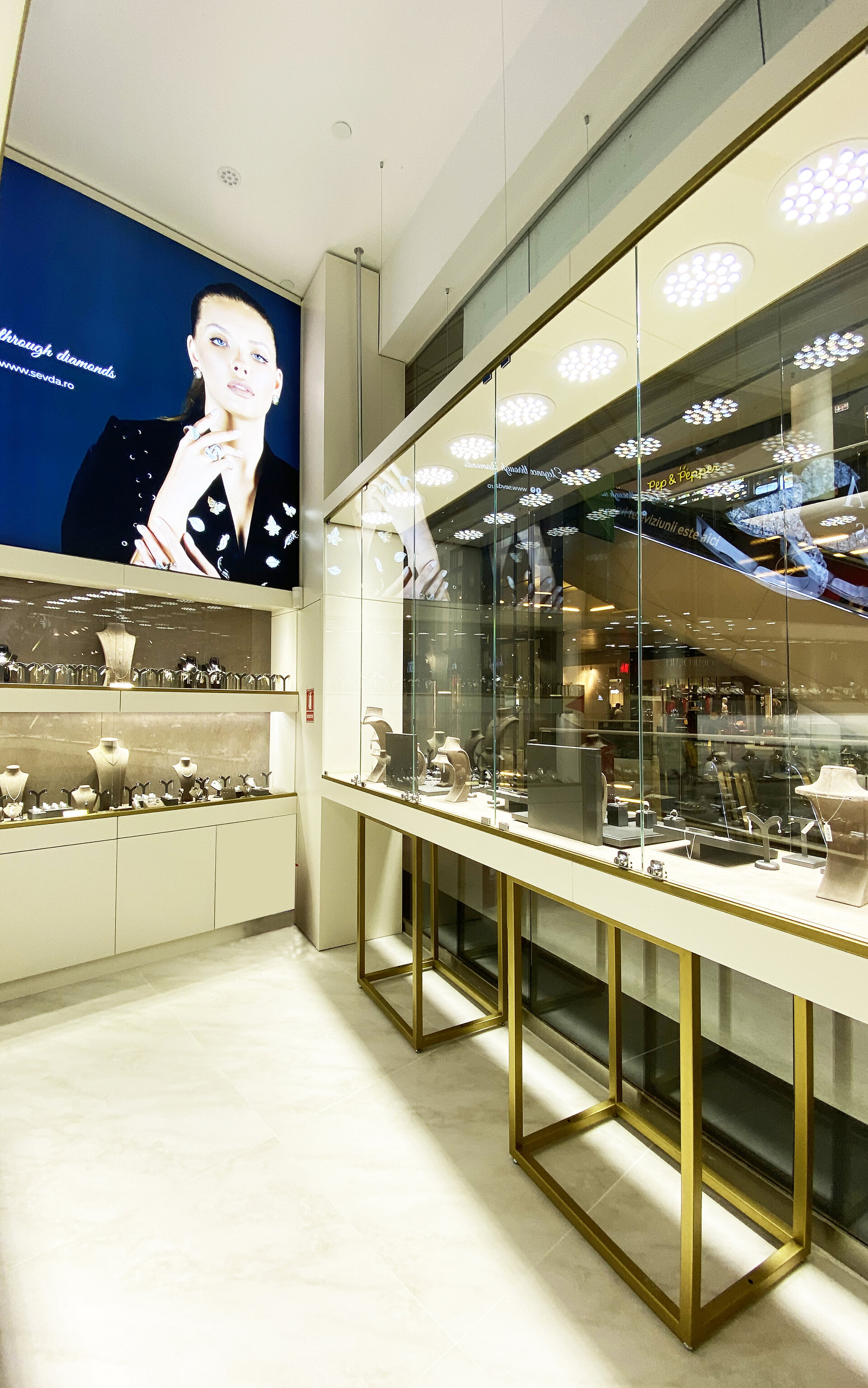 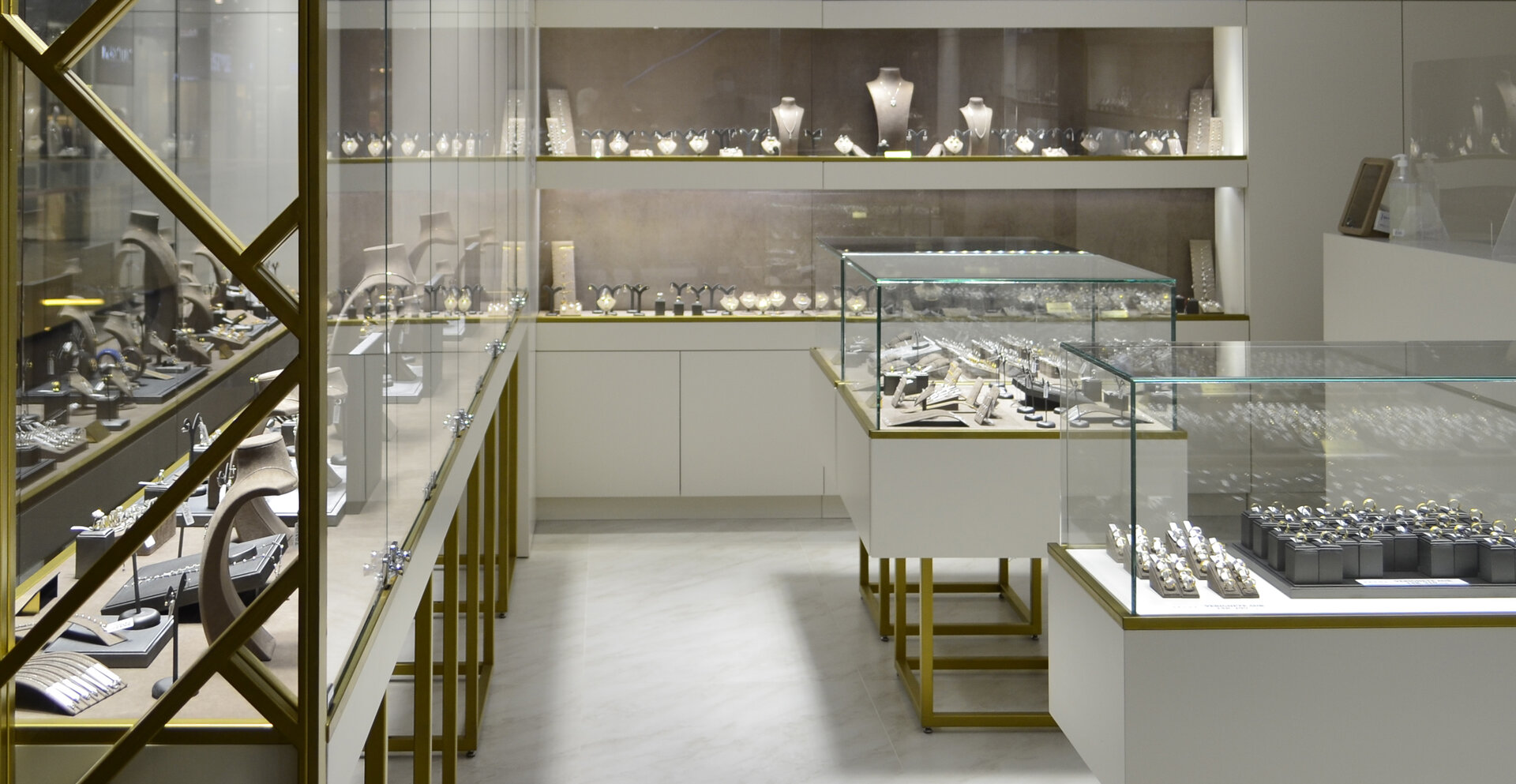 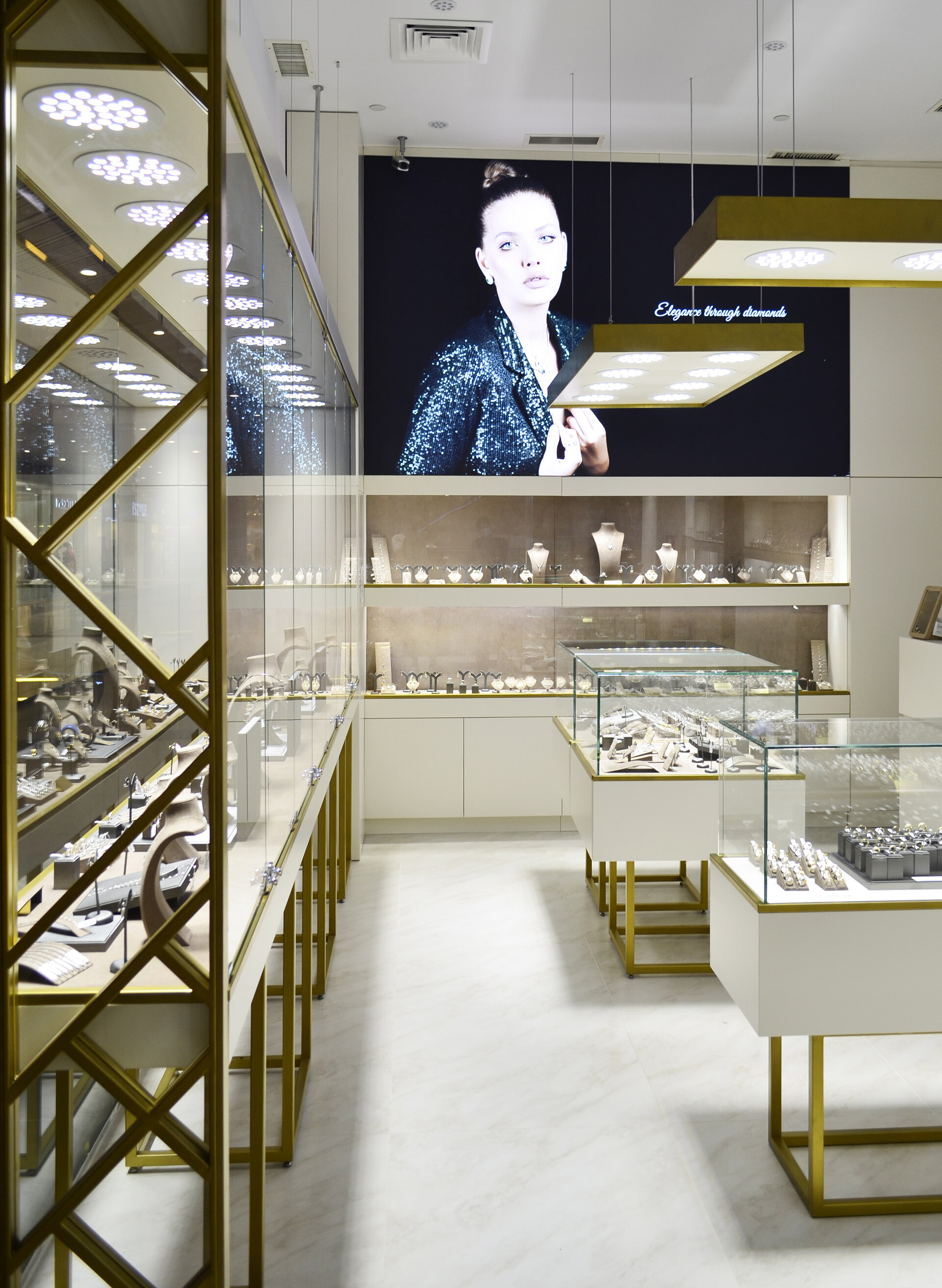 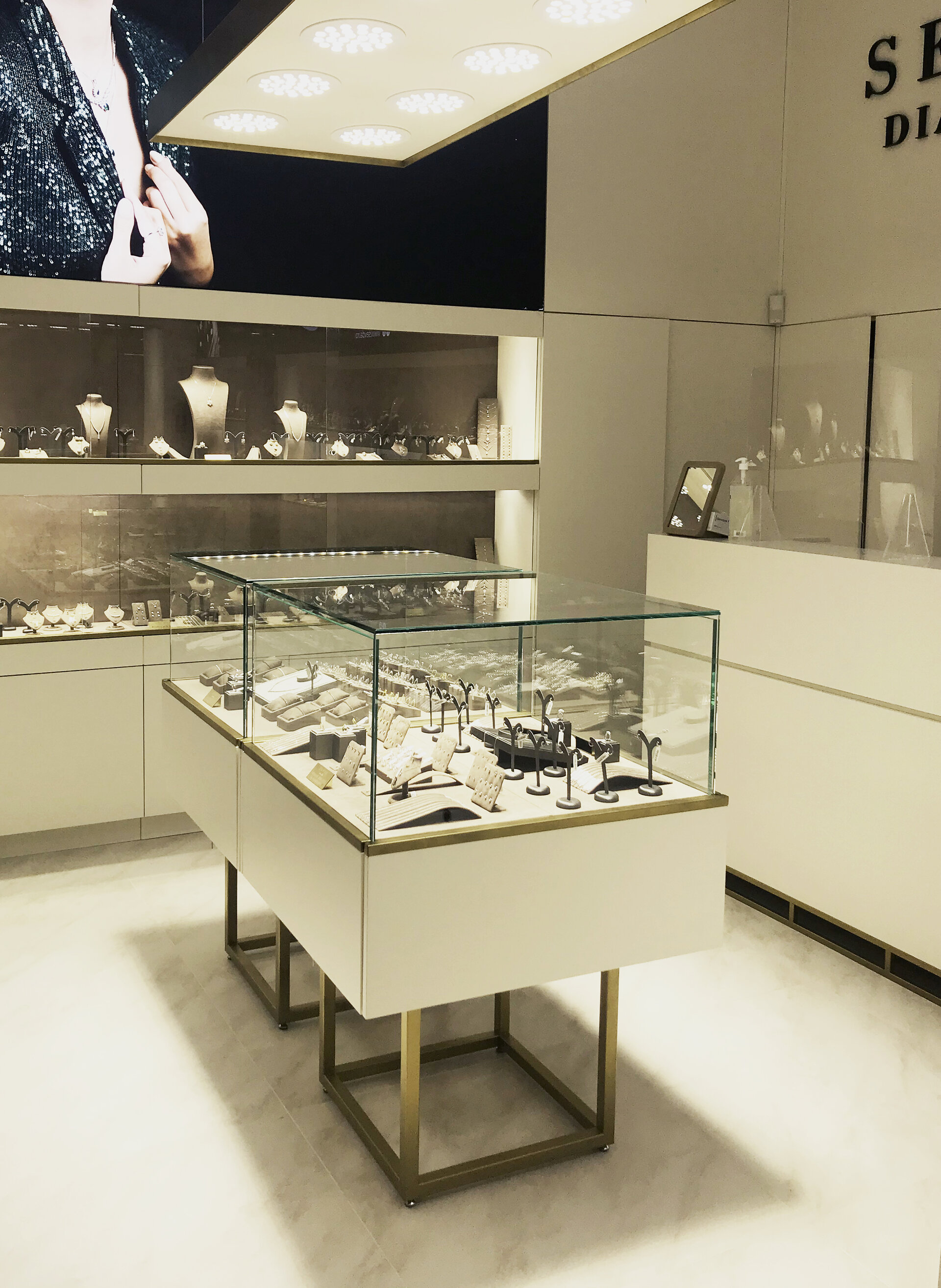 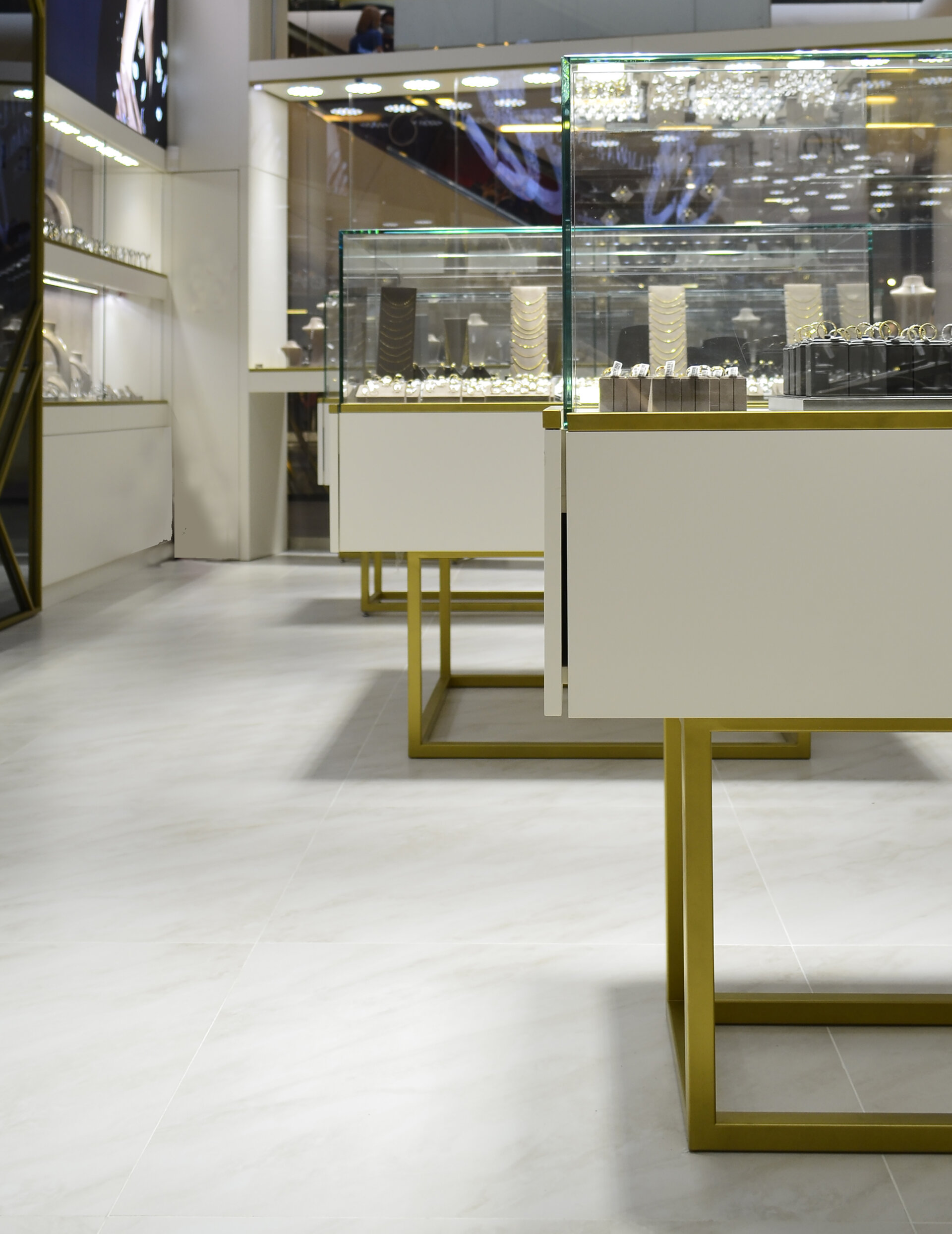 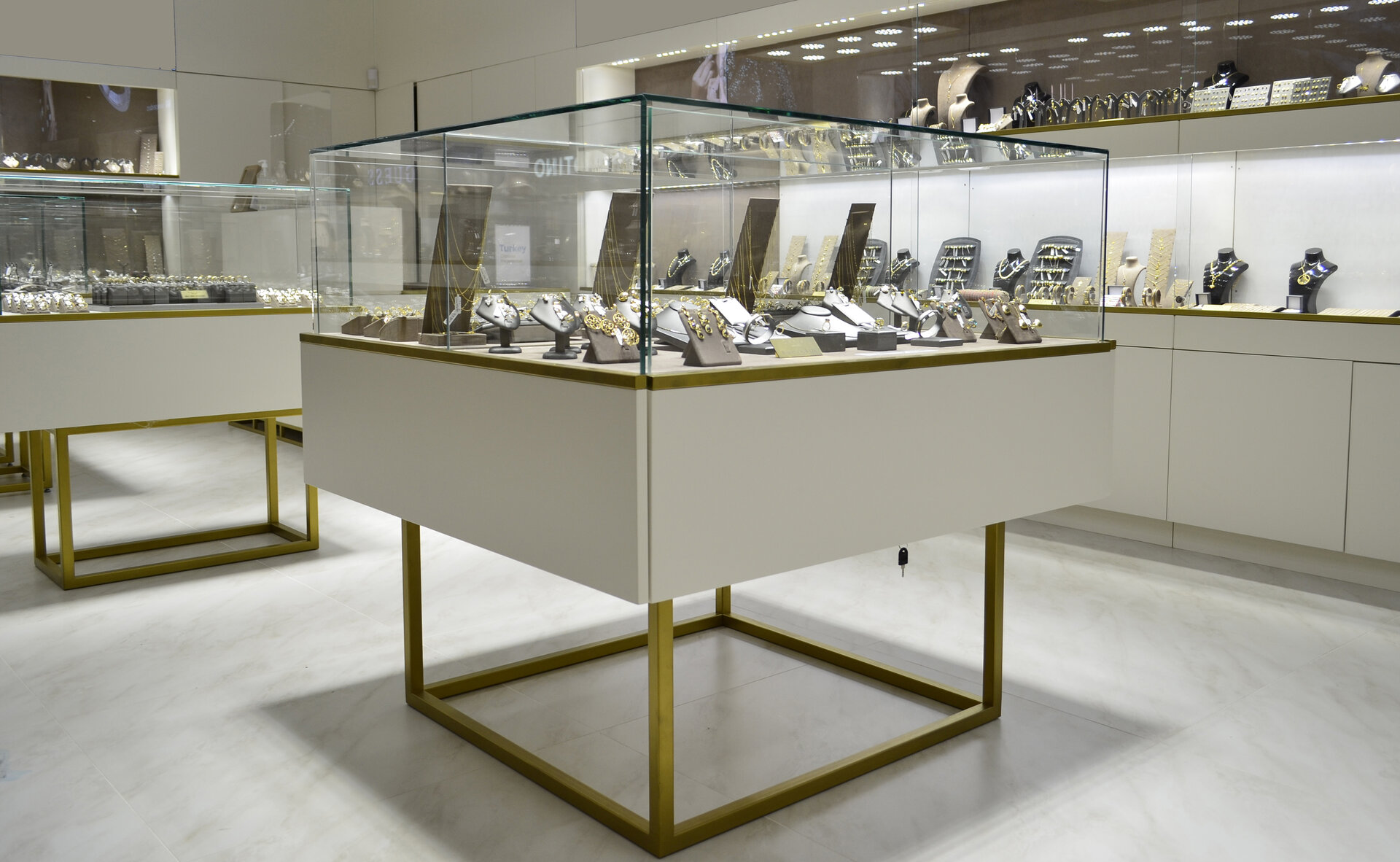 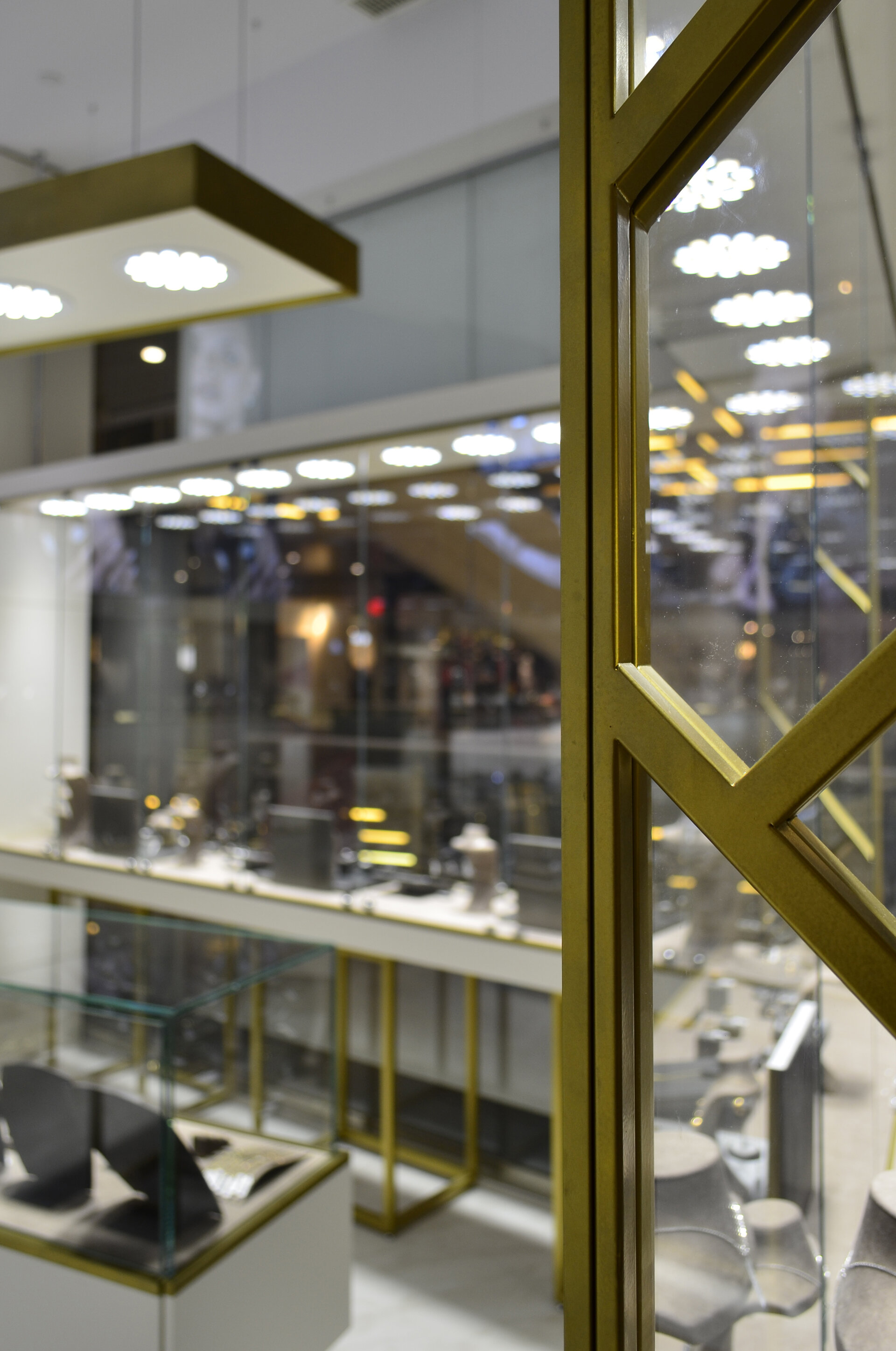 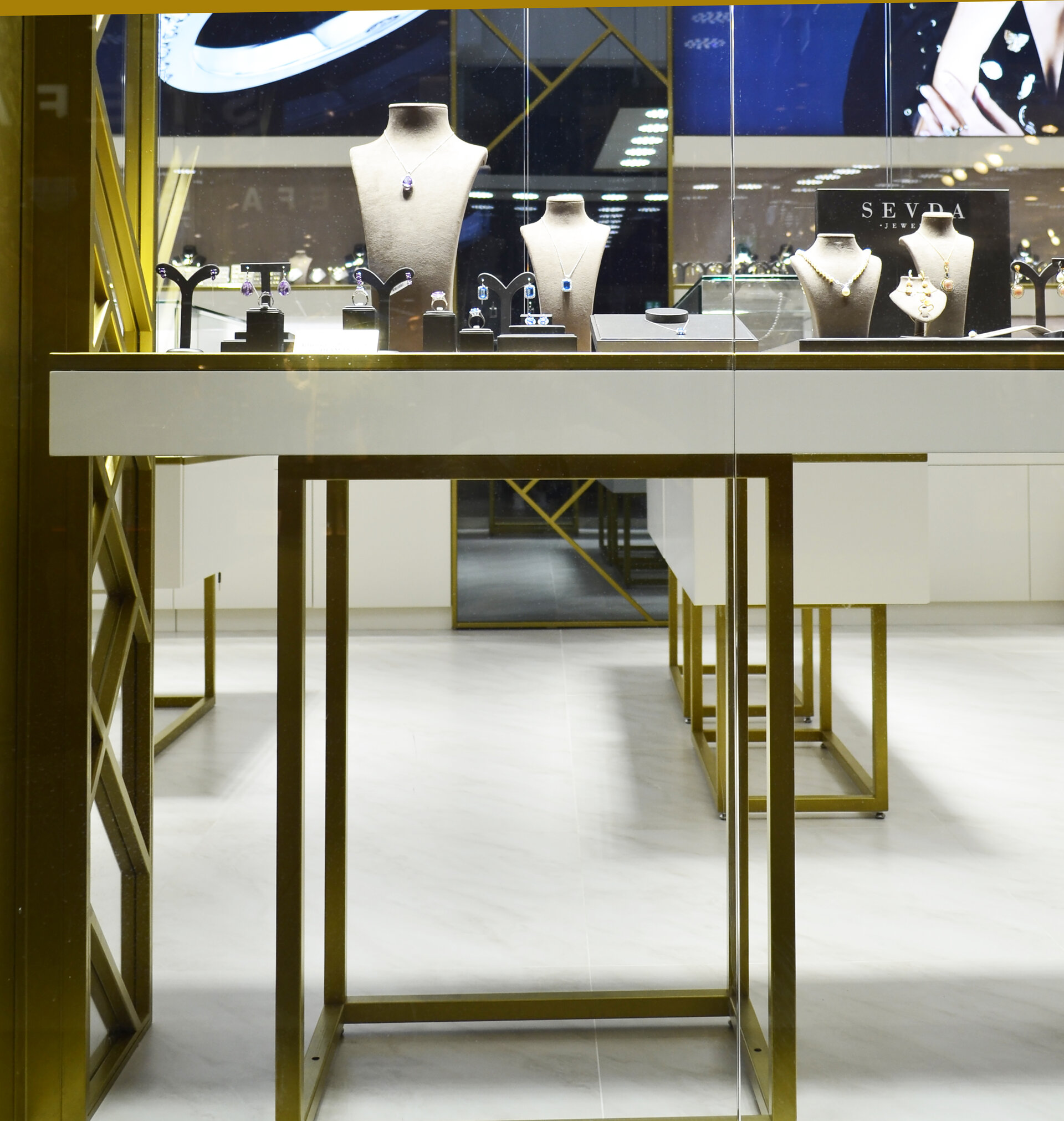 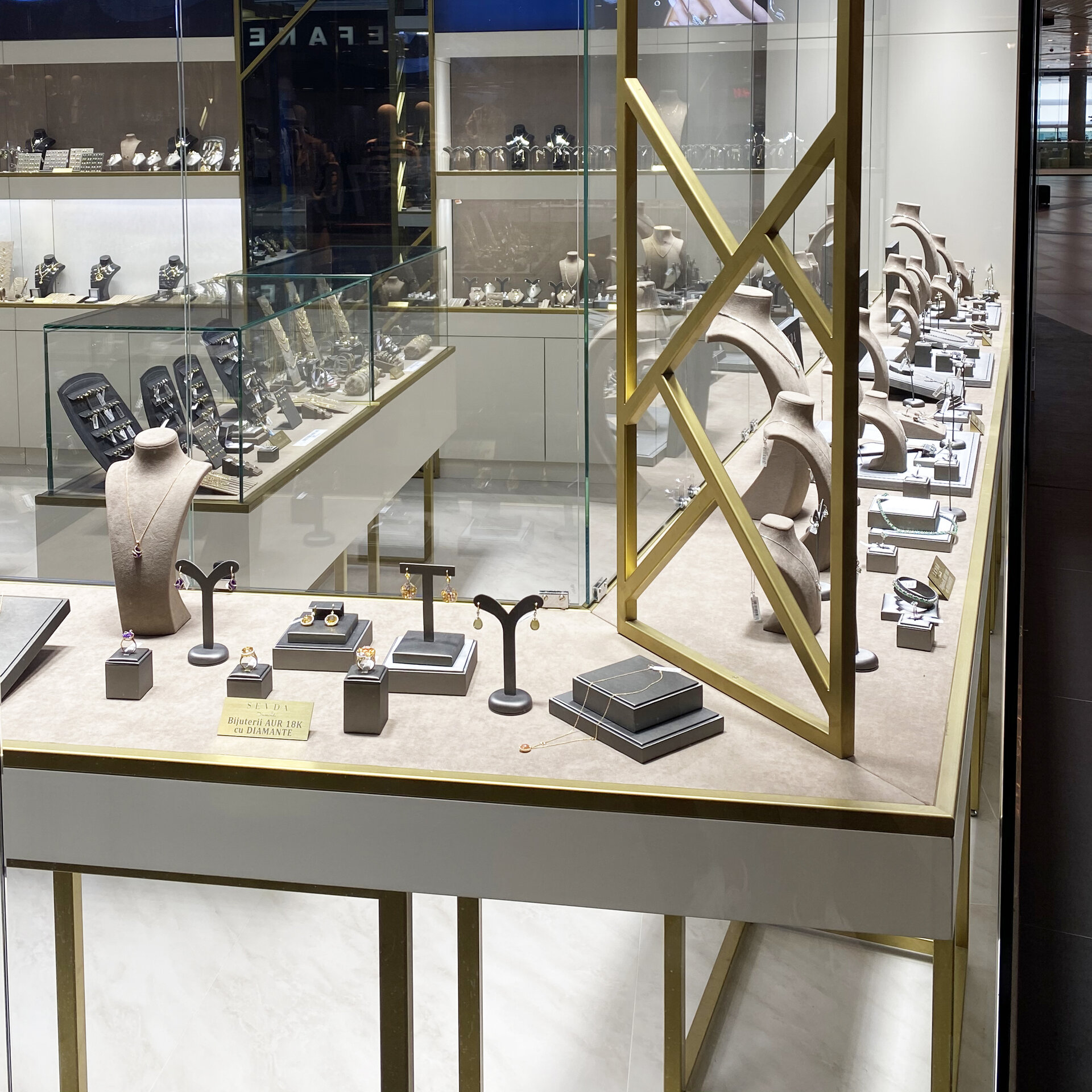 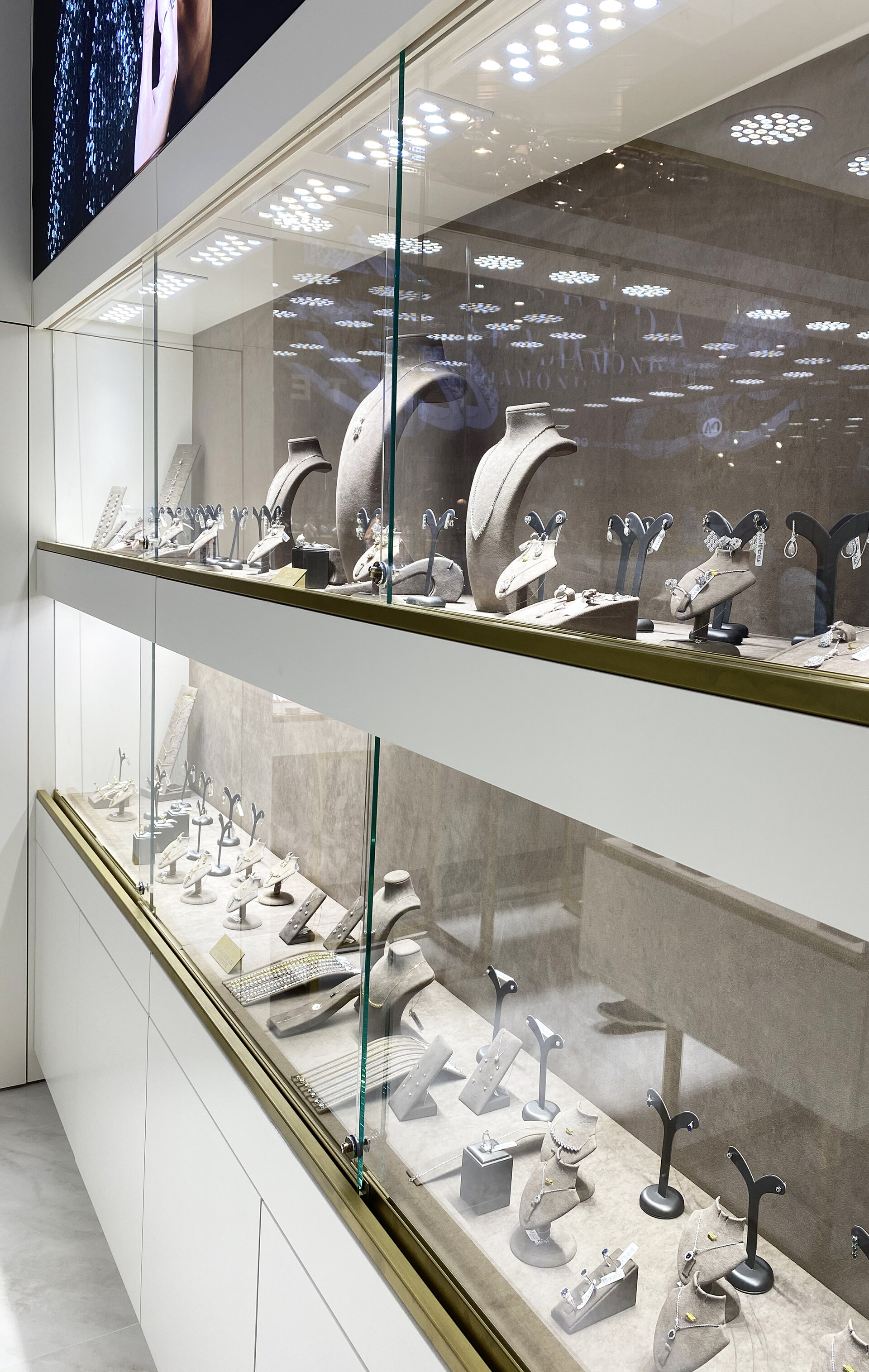 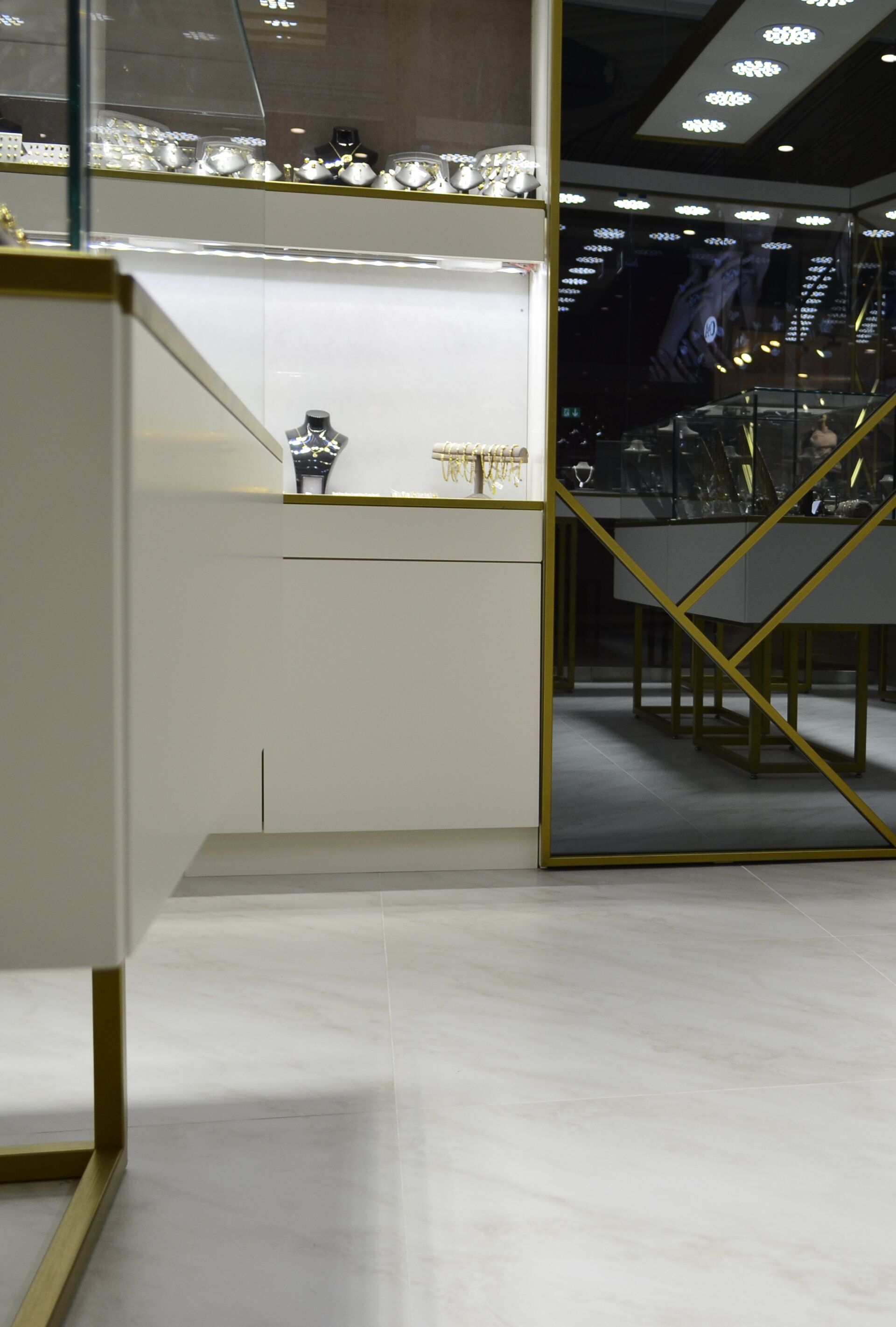 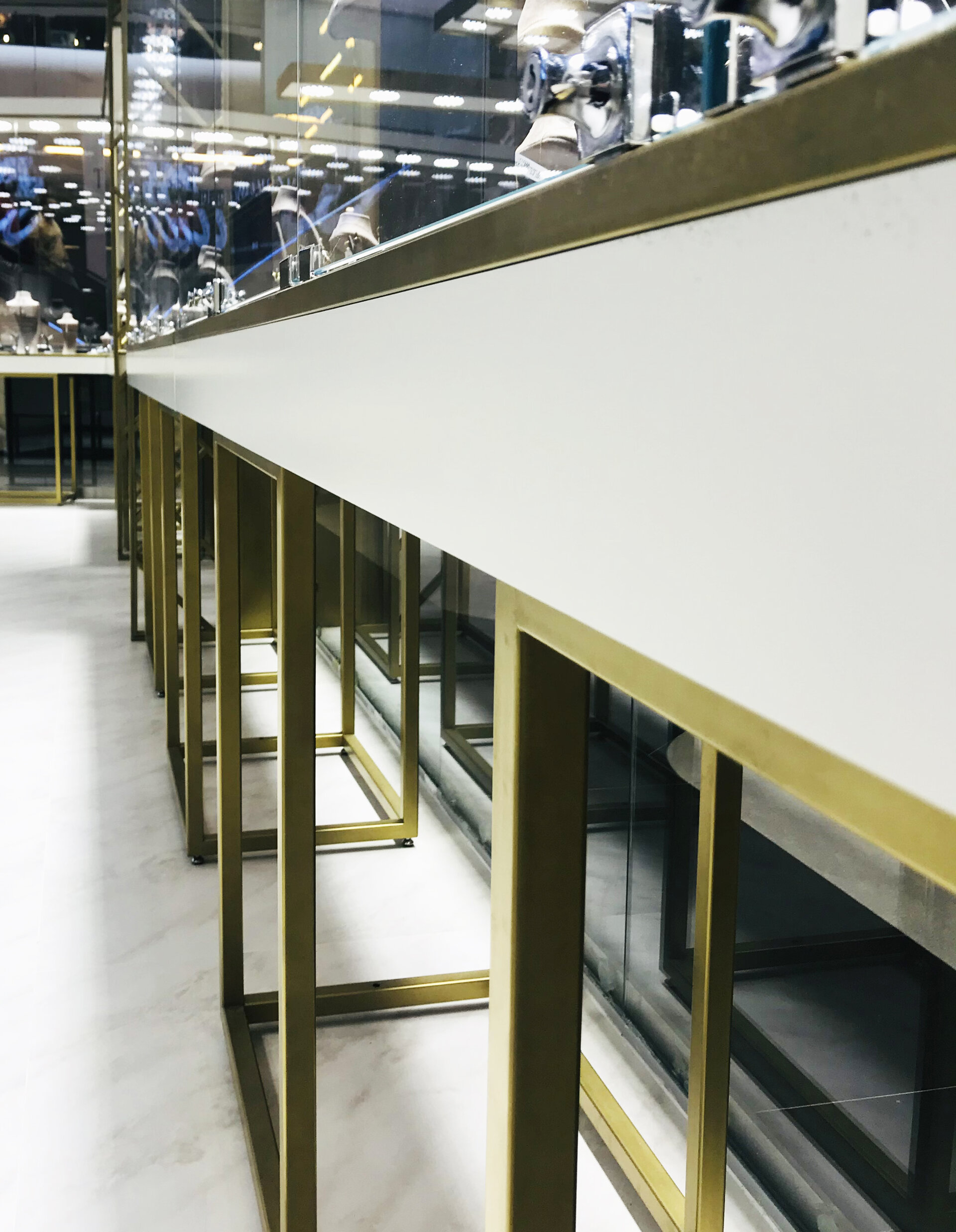 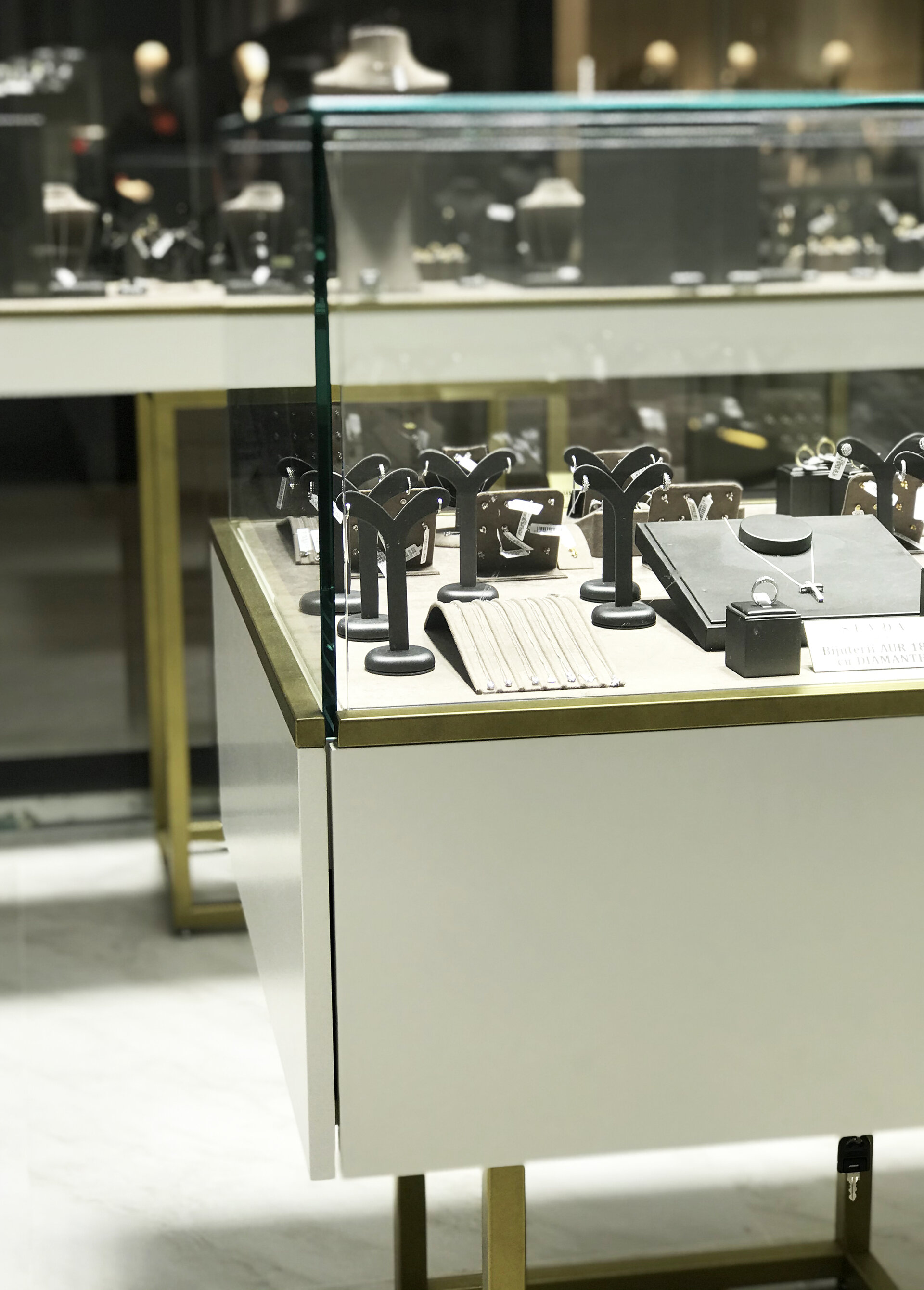 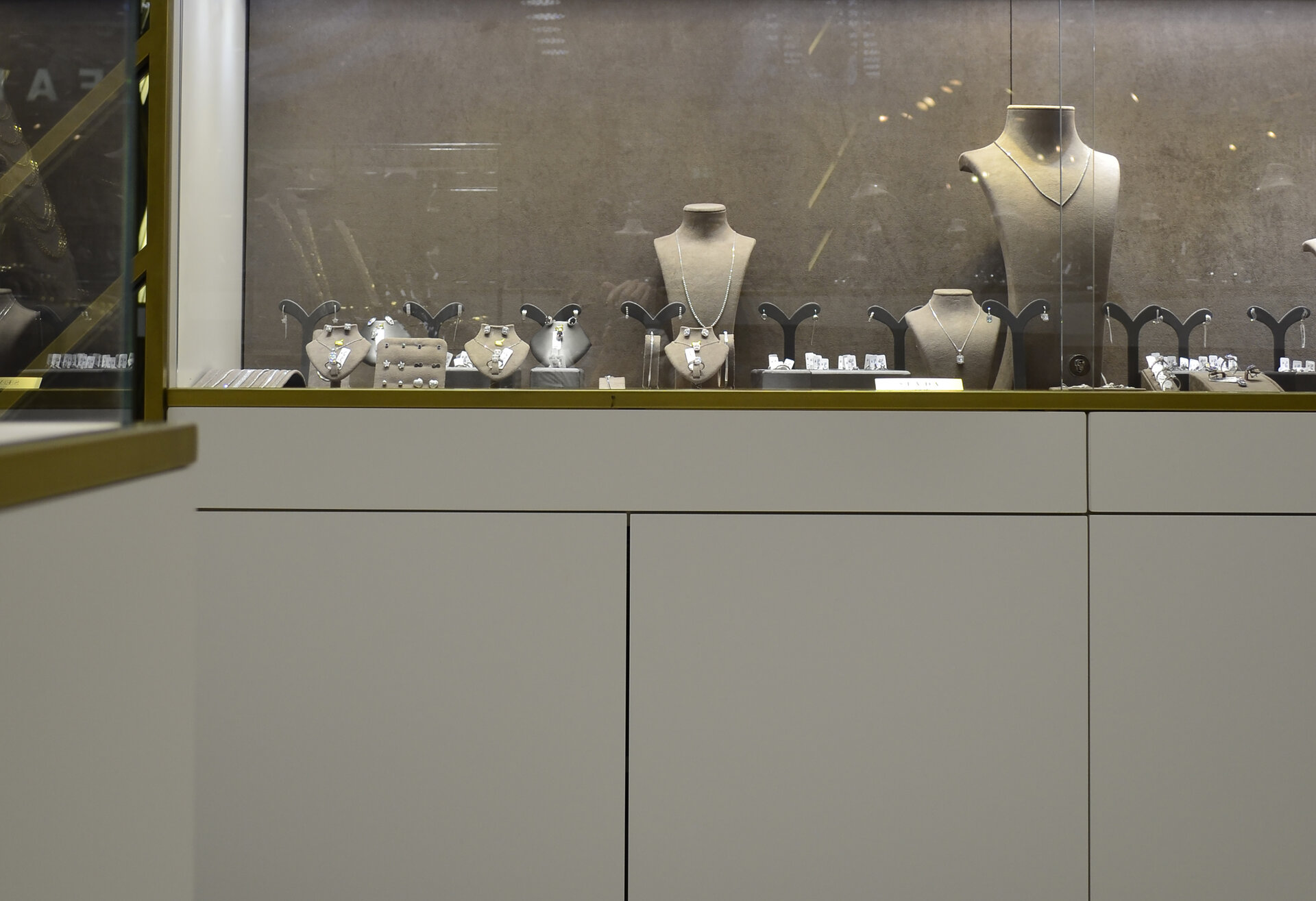 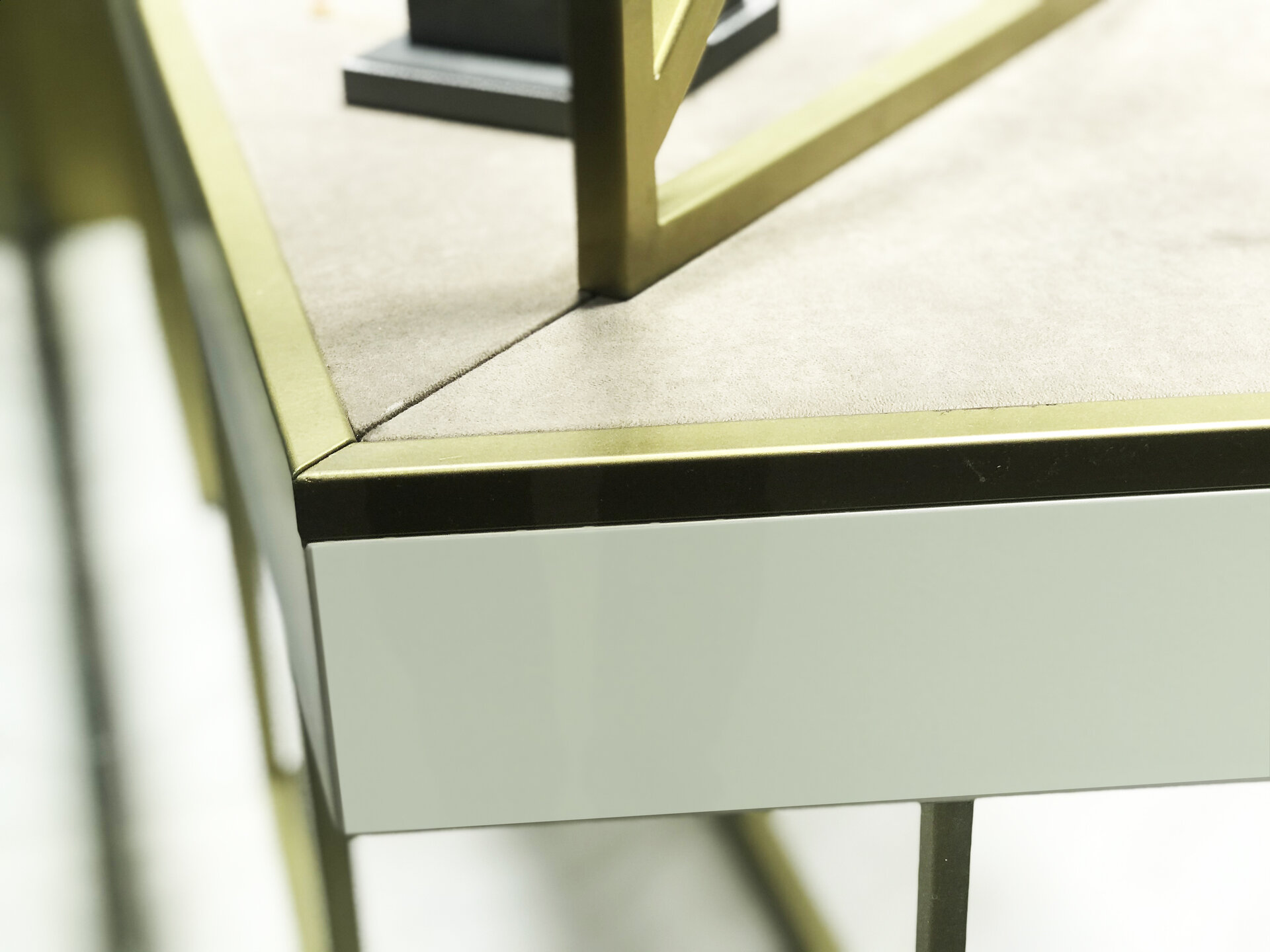 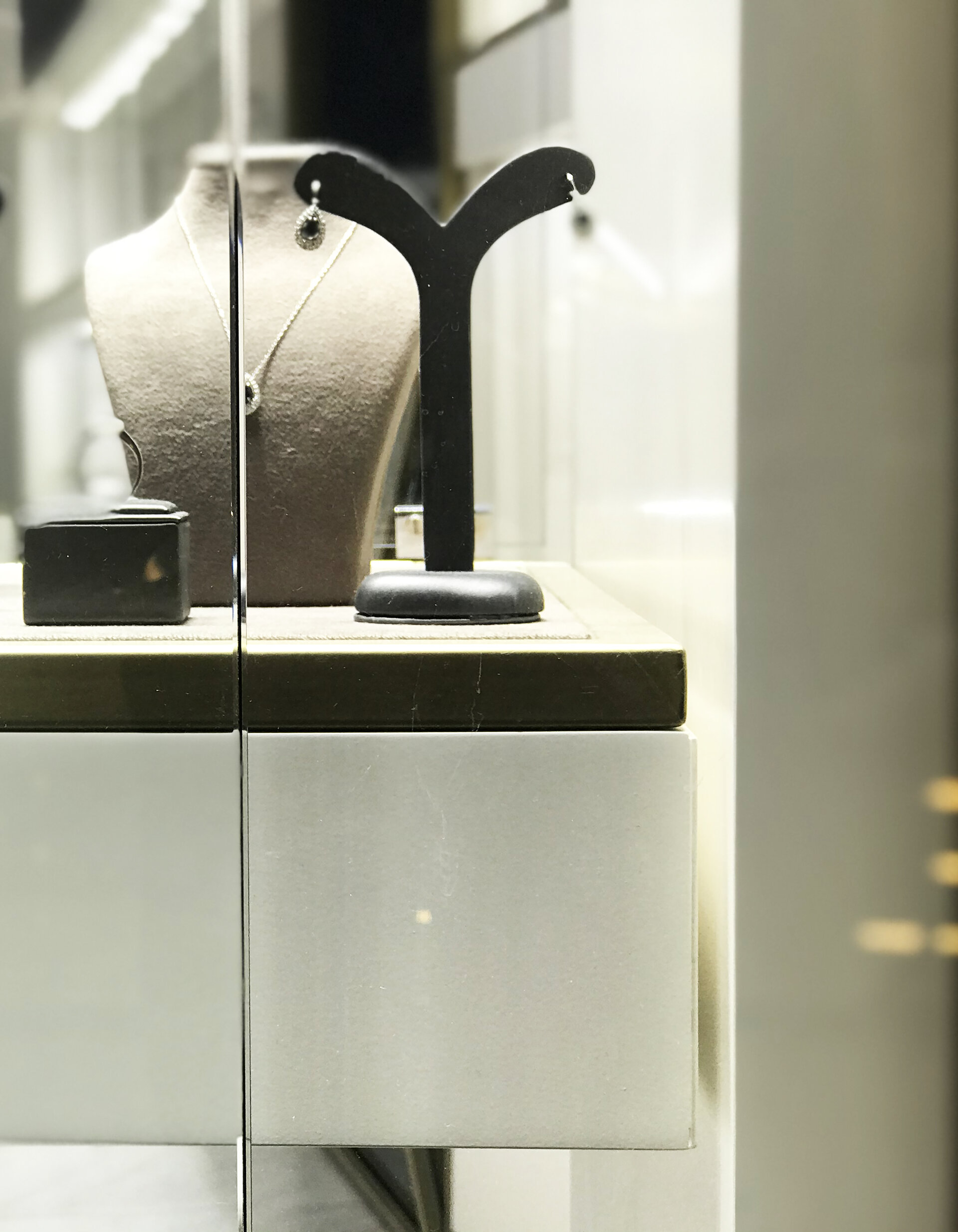 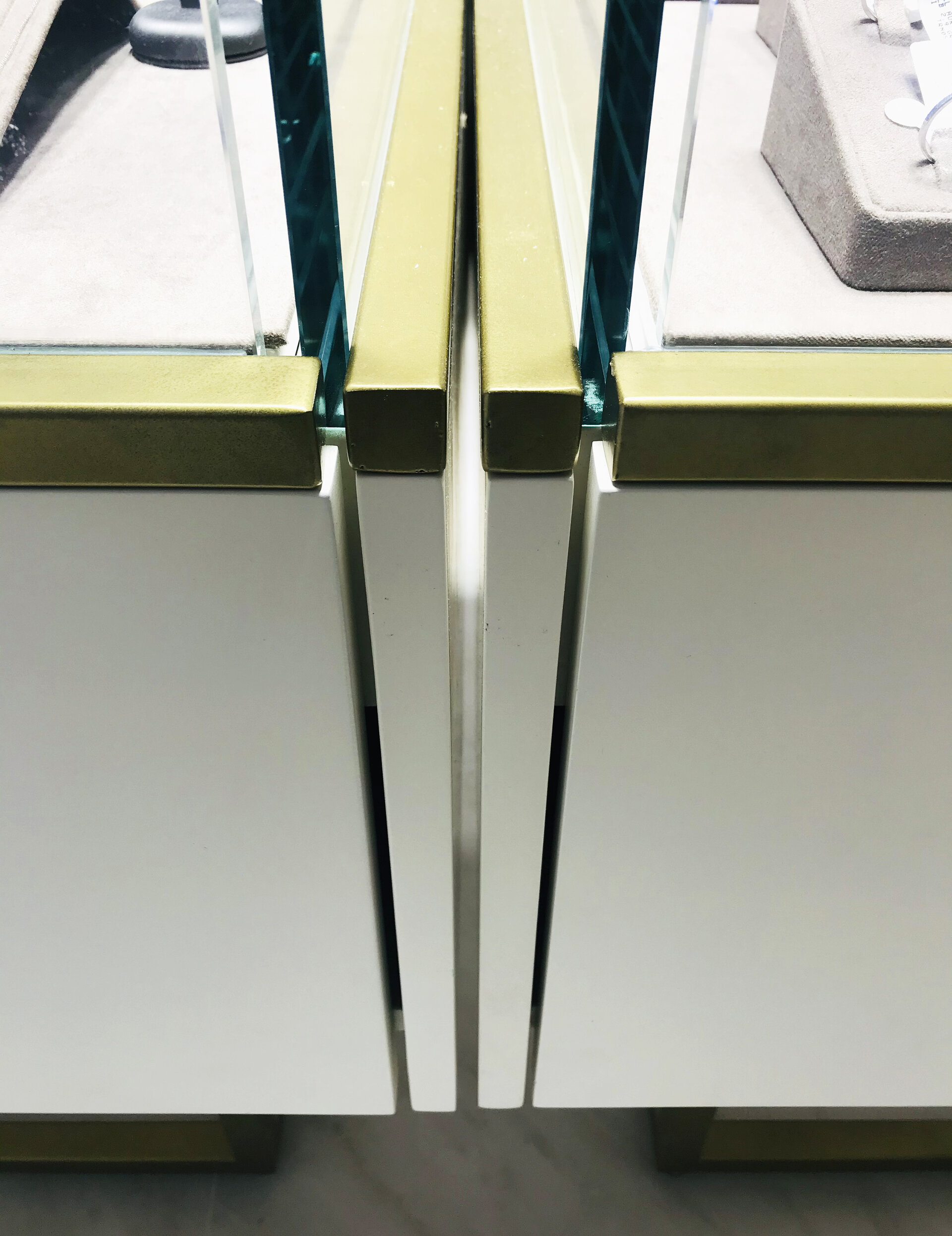