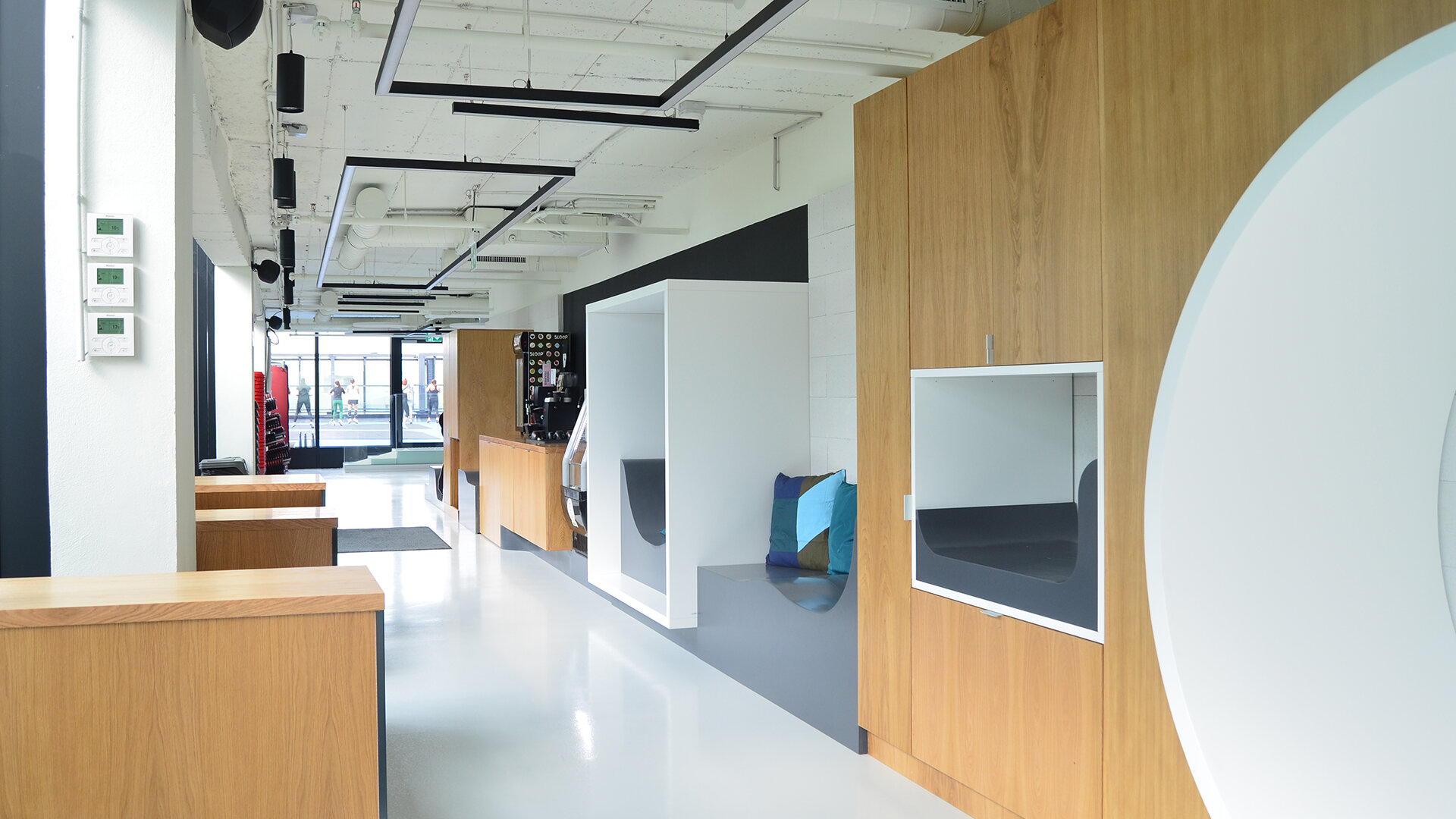 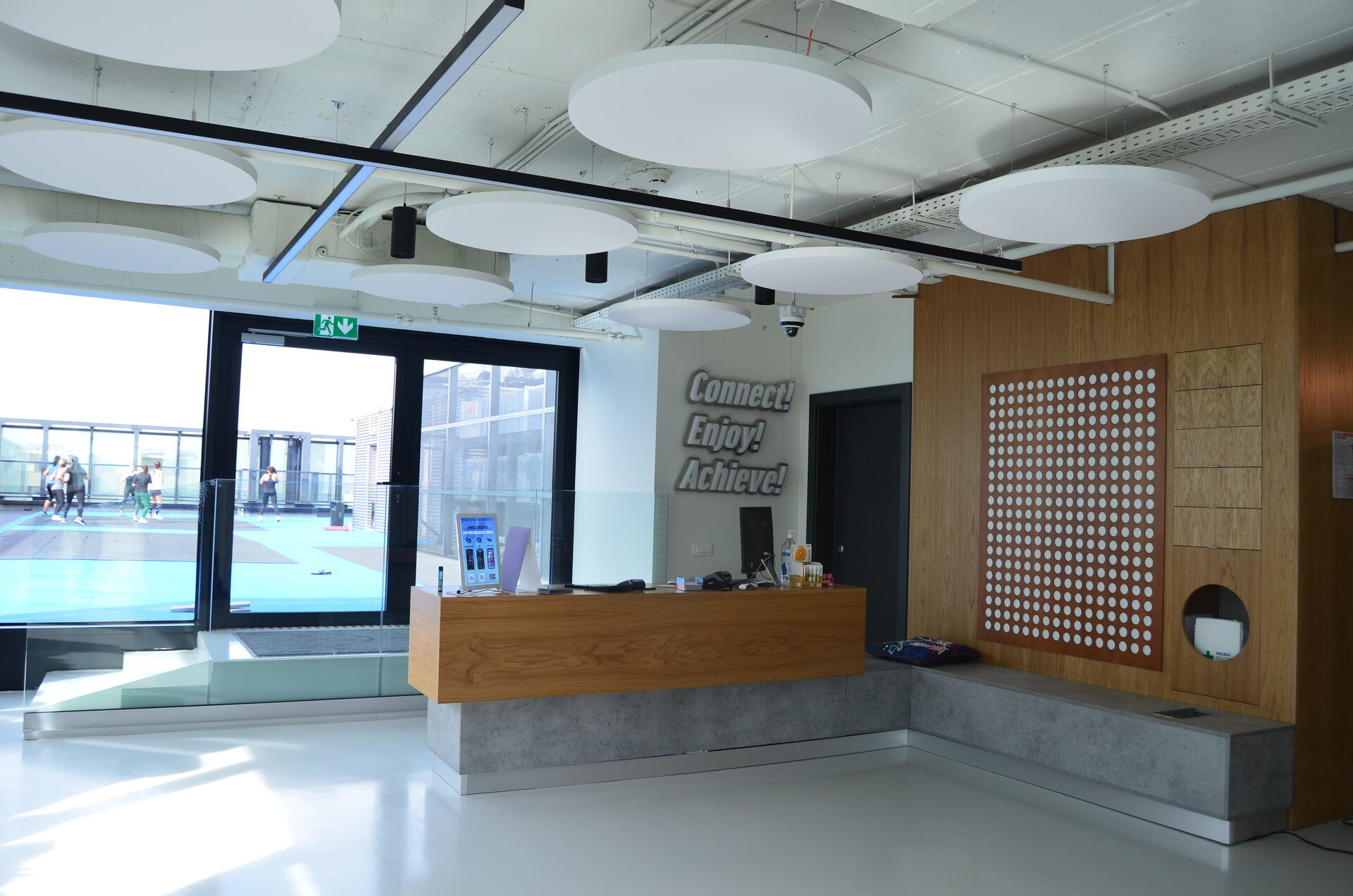 Sweat Concept is a new line of fitness centres in Bucharest. Its new approach ist o create a space that makes you feel like home, part of a safe place in which a begginer is not to be intimidated by the intense and, often, performative activity that advanced gym-rats are capable of.

The usage scenario is as following: the begginers arrive in a new fitness centre, but lacking the know-how might be discouraging and can create sentiments of frustration and isolation. They need a place to retreat and observe so they can learn. They need intimacy. Thus the begginer can make the space his own, gradually, until, in the end, the ”untamed” no longer exists.

Sweat creates a sensation of different gears and speeds around the users. From intense, fast spaces – dark, colorful, dinamic lighting and irregular shapes (cyclign, workout) to spaces that, through textures and scale create an atemporal (juice bar) or aethereal athmosphere (spa) – with lots of natural light and textures, light colours. This transition is slow and perceivable on multiple level (acoustics, lighting, scale, texture). The body becomes an instrument through which space is read, tied in to the use and function (pulse, adrenaline, endorfines become part of the spatial experience as much as space itself). The Juice Bar, is thus, slower, domestic, the scale is smaller with more details. The workout areas are intense – fast paced, raw textures, dinamic lights with everthing and every one in motion. In the spa – time stands still.

According to these principles, the Fitness Centre is characterised by different types of spaces and feels: intimate spaces, where users can experiment the indoor-outdoor through the natural that comes into the building, powerful and raw spaces, or socializing areas, where people can be motivated to achieve their goals.

As a design principle, each area has its own identity, so that the user can experience different perceptions of the same space. The interior is divided into slow spaces and fast spaces.

The slow area is characterised rectangular lights and orthogonal equipment and furniture layout. It marks the place where one can stop and take a break. Throughout the space there is relaxing a soft, warm feeling that reminds of home. The feeling is emphasized by ambiental music and detailed furniture. These are the spaces in which one recharges and the heartbeat slows down, like the locker room, the spa area or the Juice Bar - a socializing area, with fresh beverages, where you can relax for a longer period of time.

Unparallel lines and equipment layout describe the fast spaces. The change of objects’ direction in each area gives the fast space the feeling of dynamism. These are the loud areas, with rythmical music, raw and metallic finishes. It wants to motivate the user. Such spaces are the cycling room, aerobic or functional area, which are placed as a guiding path through the Fitness Centre.

From the entrance, slow and fast spaces alternate. A begginer can retreat and observe other people so that they could learn different types of exercise. As a transition between the two, there is the Fuel Station: a smooth space, tought as simply a quick pit-stop between workouts. 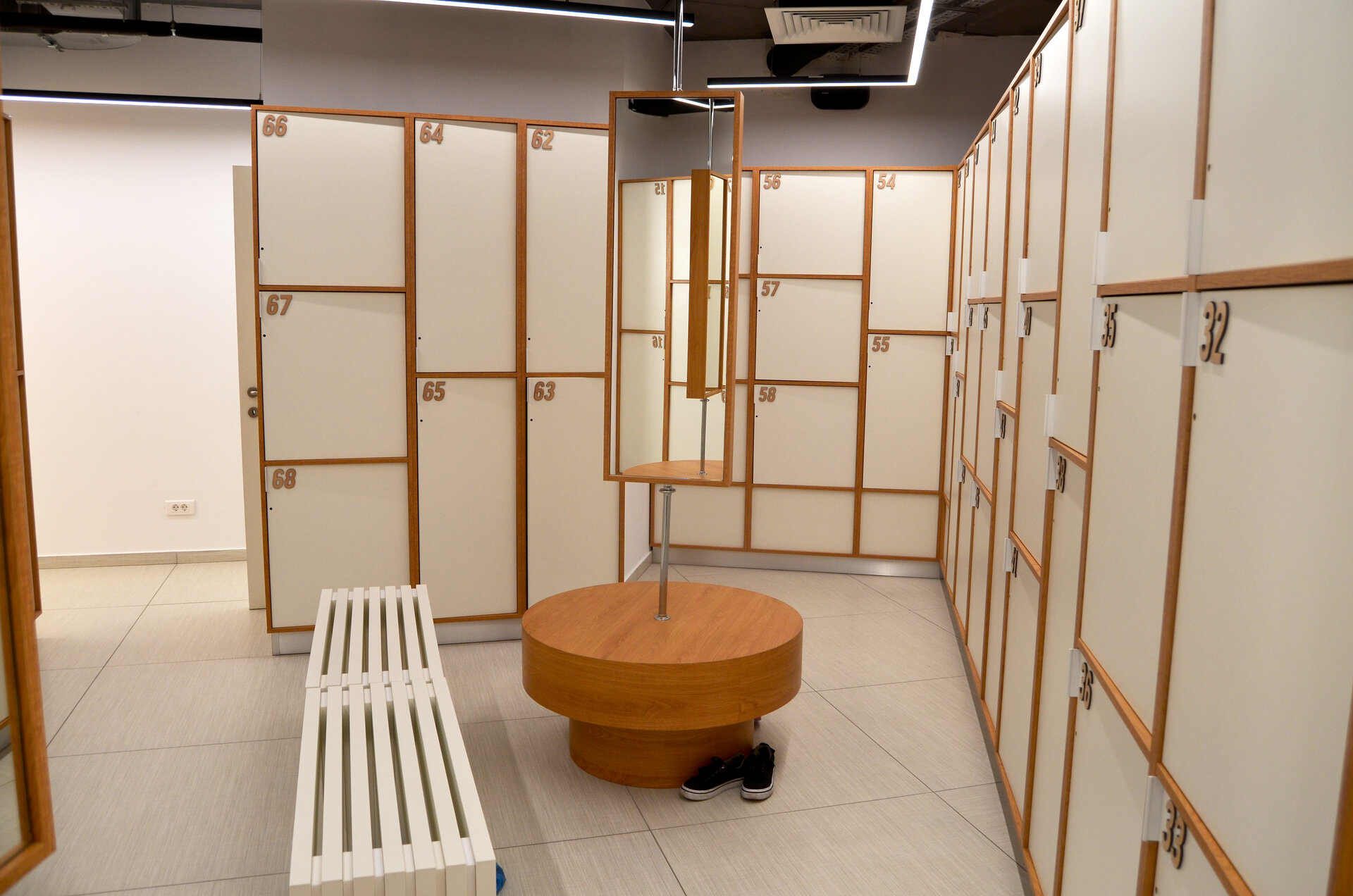 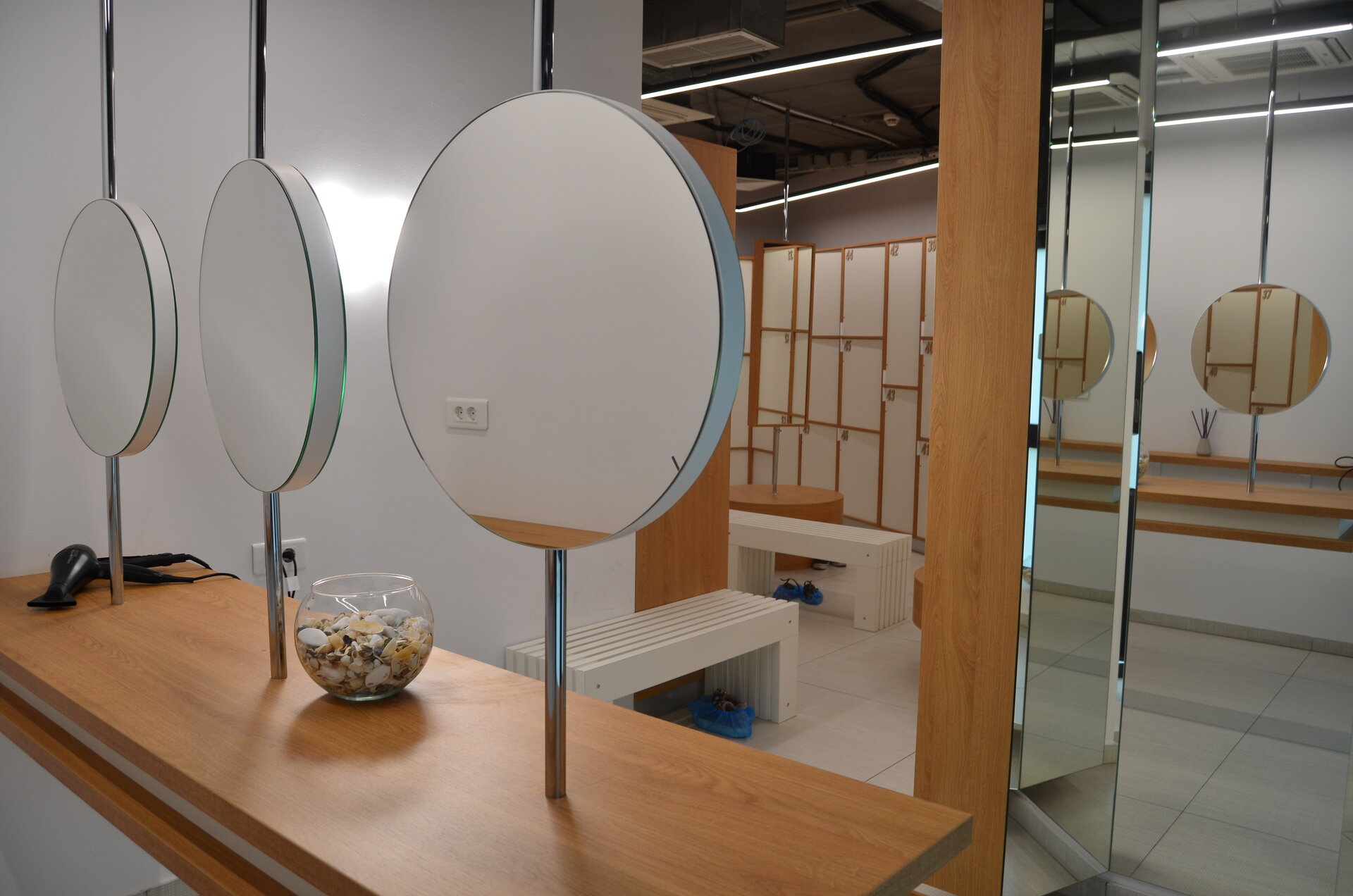 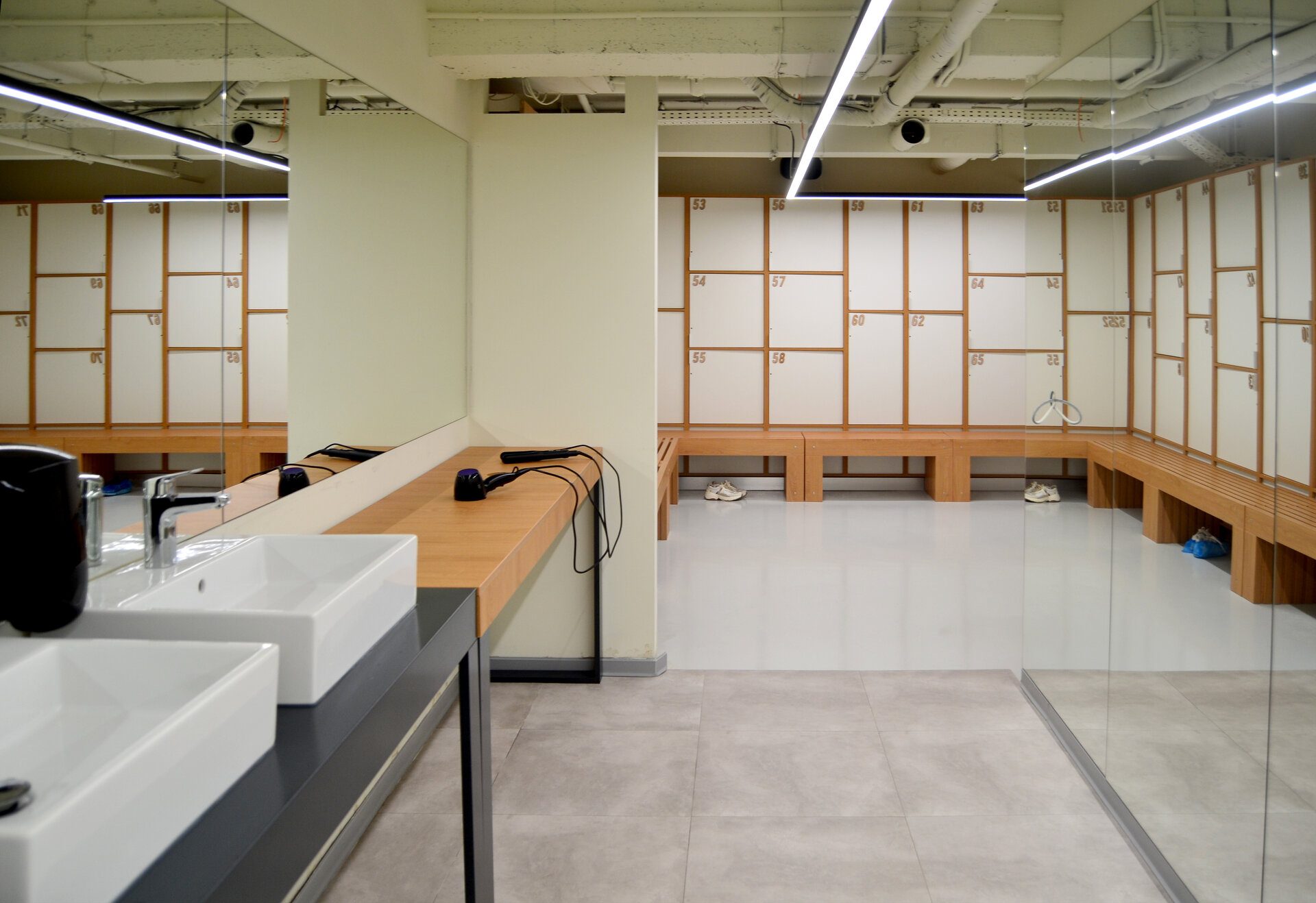 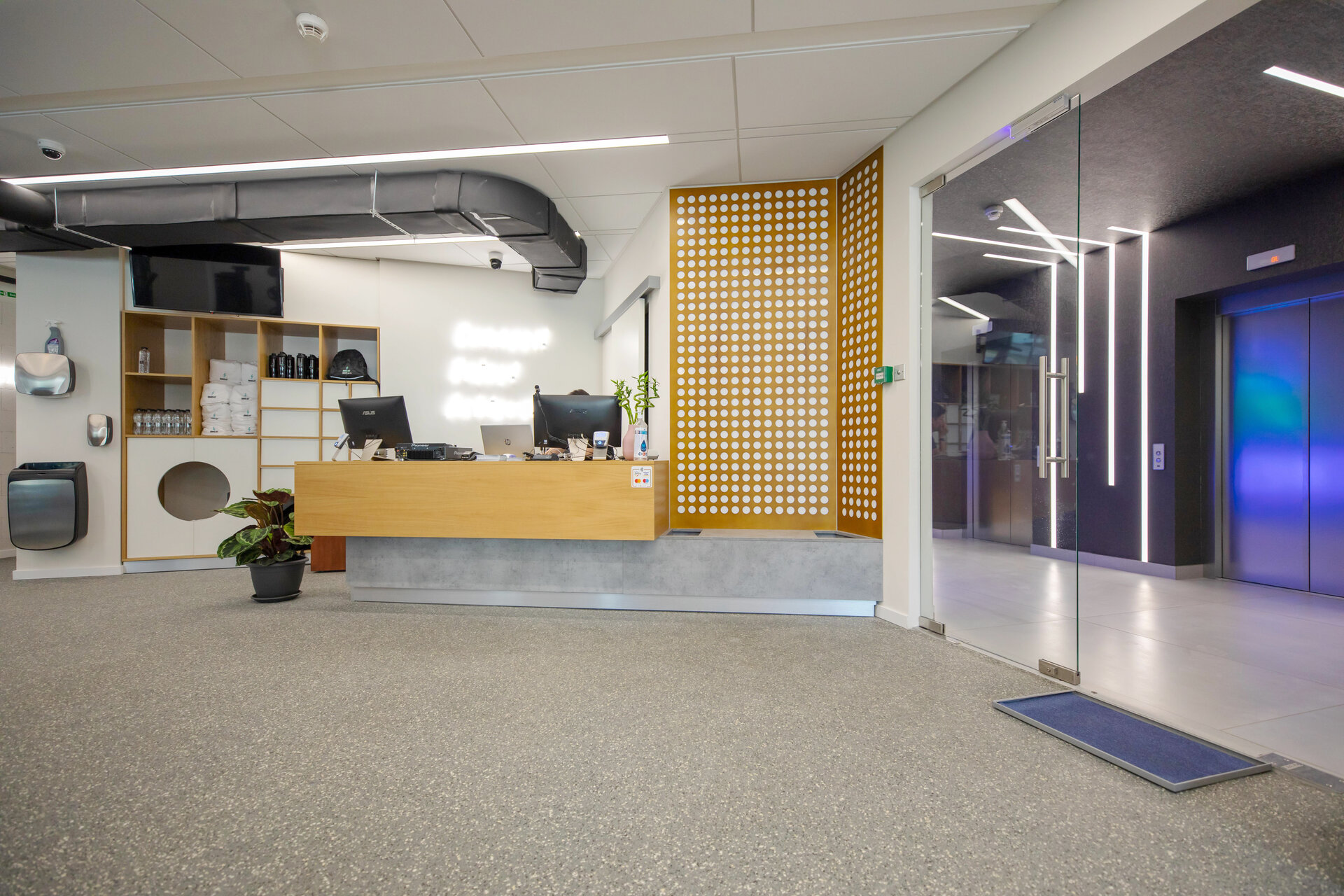 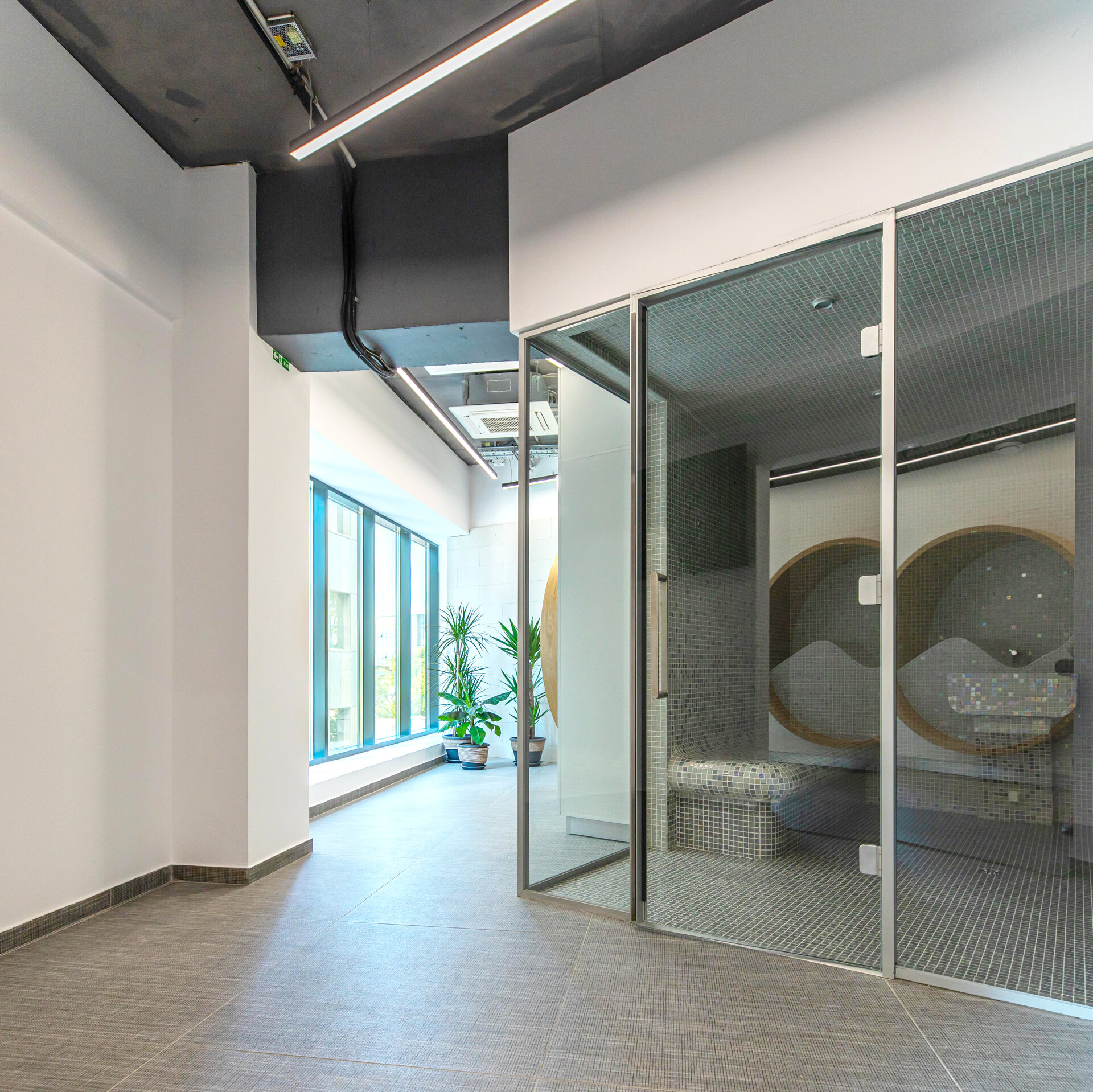 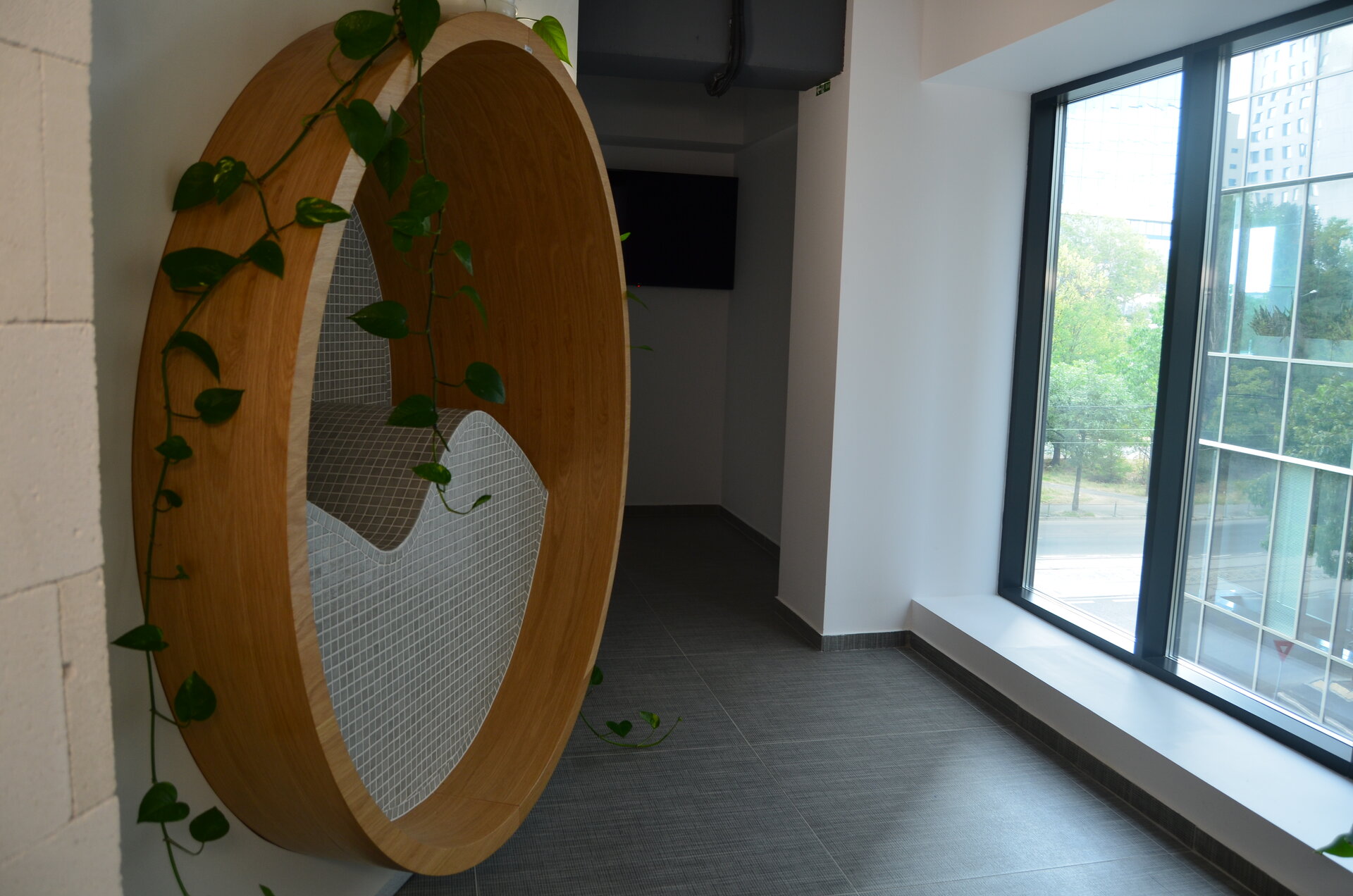 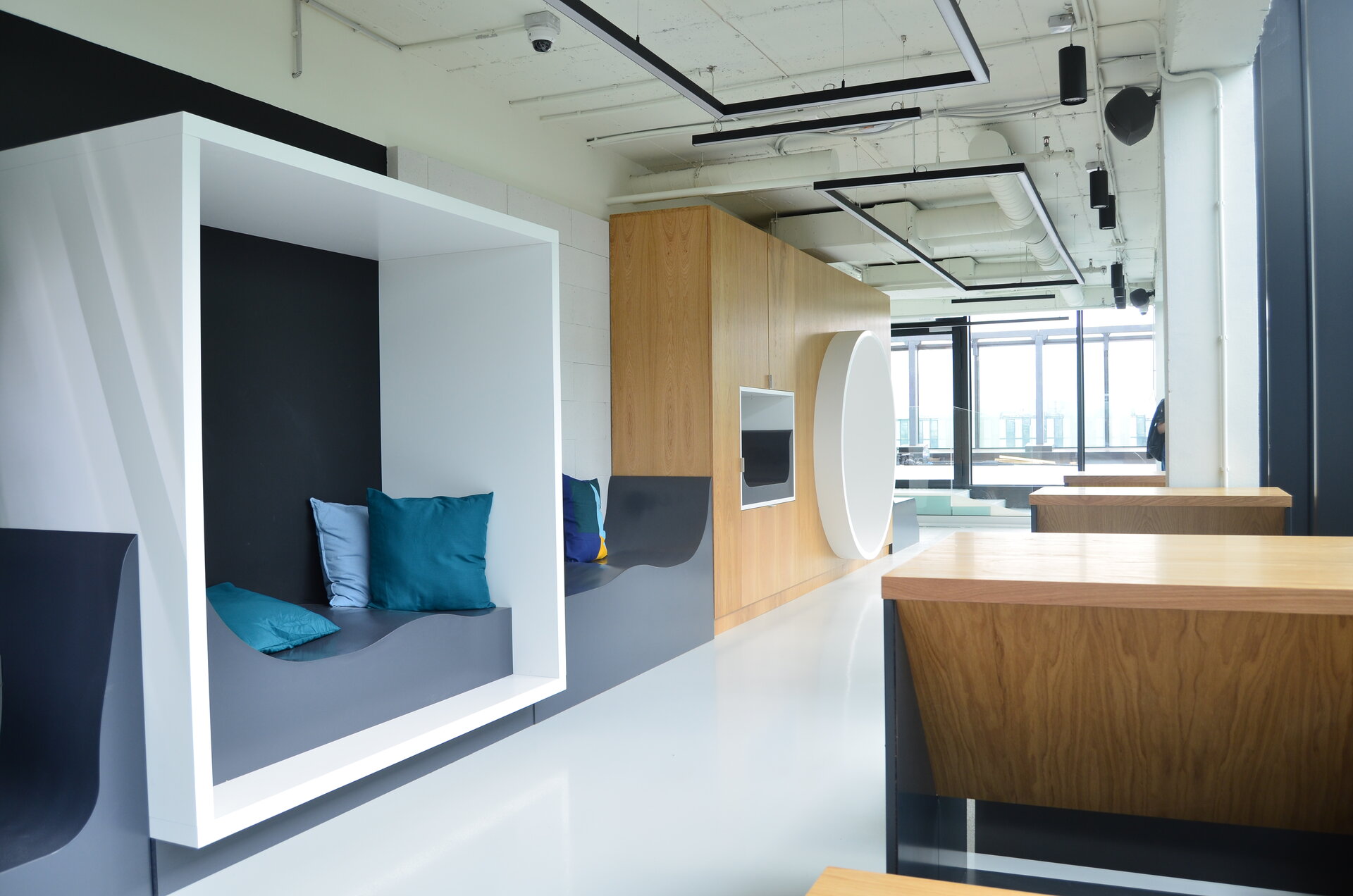 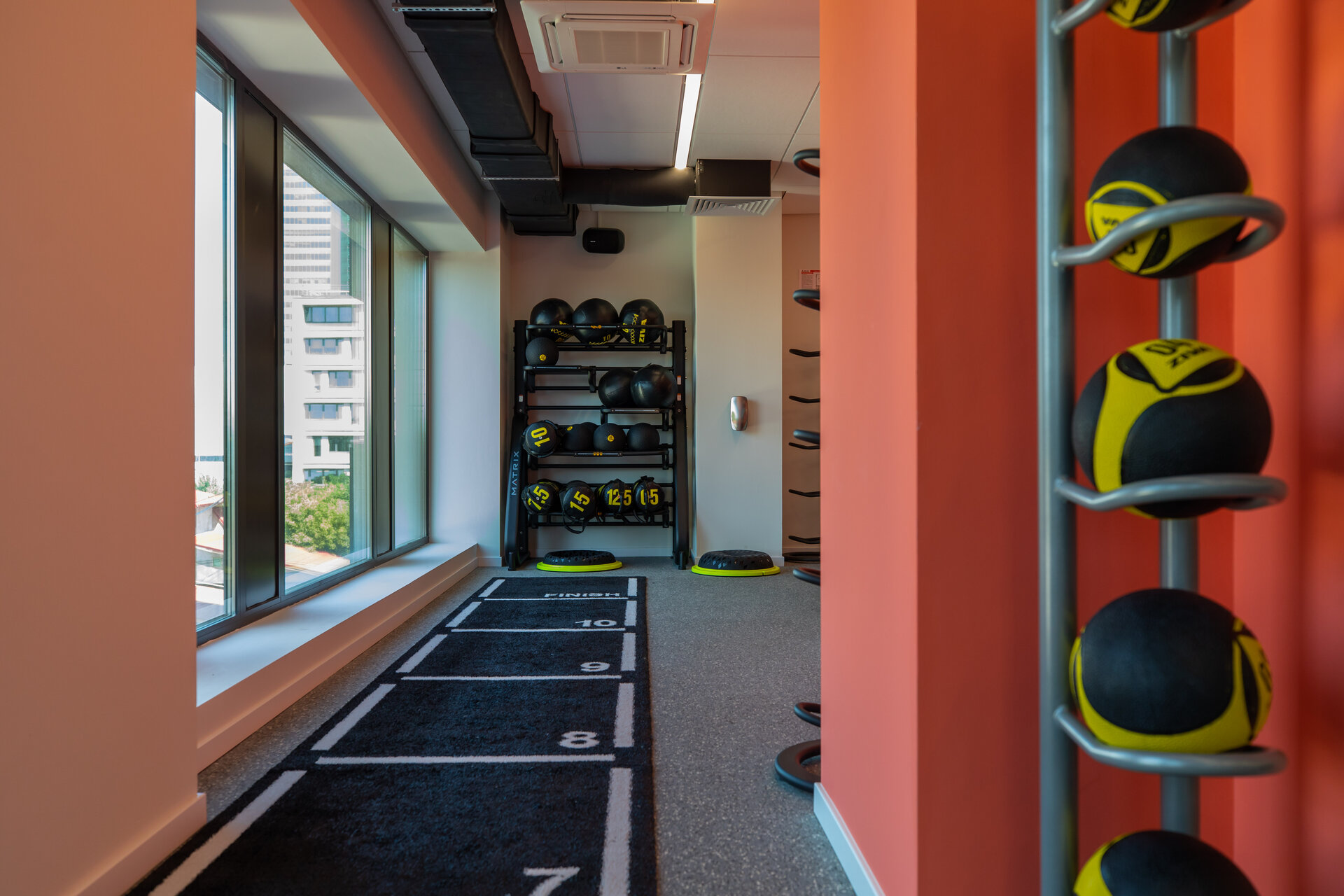 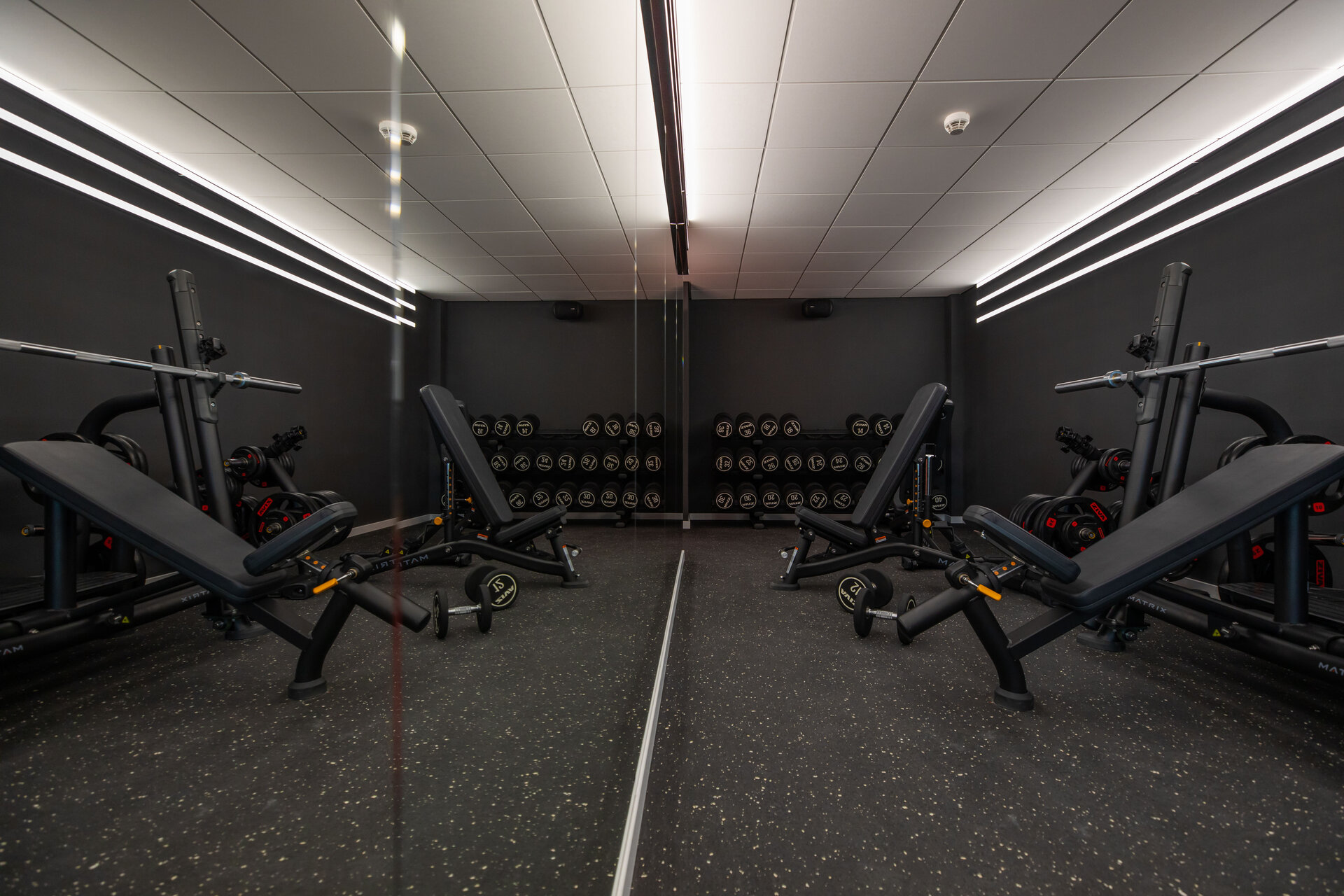 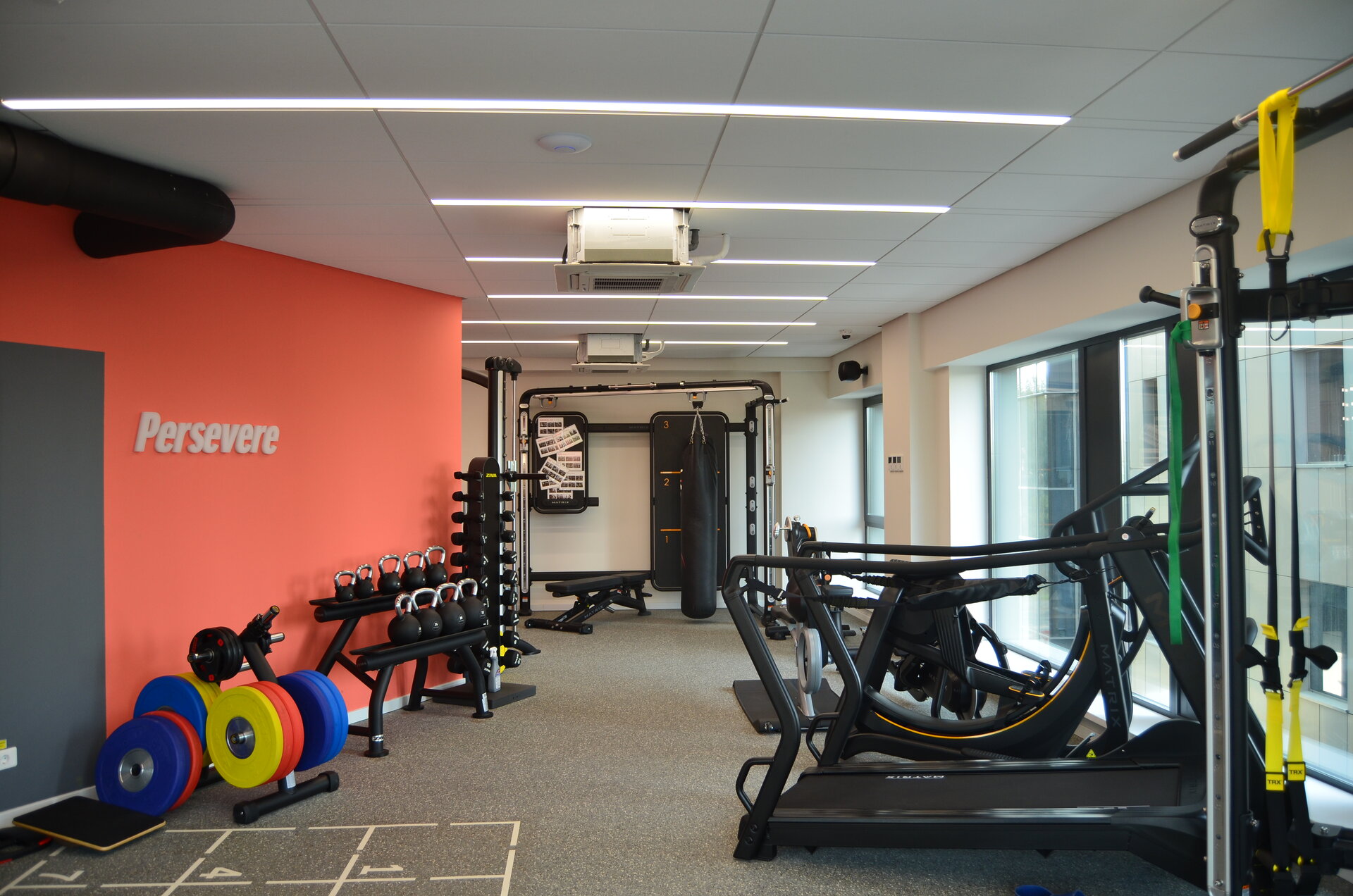 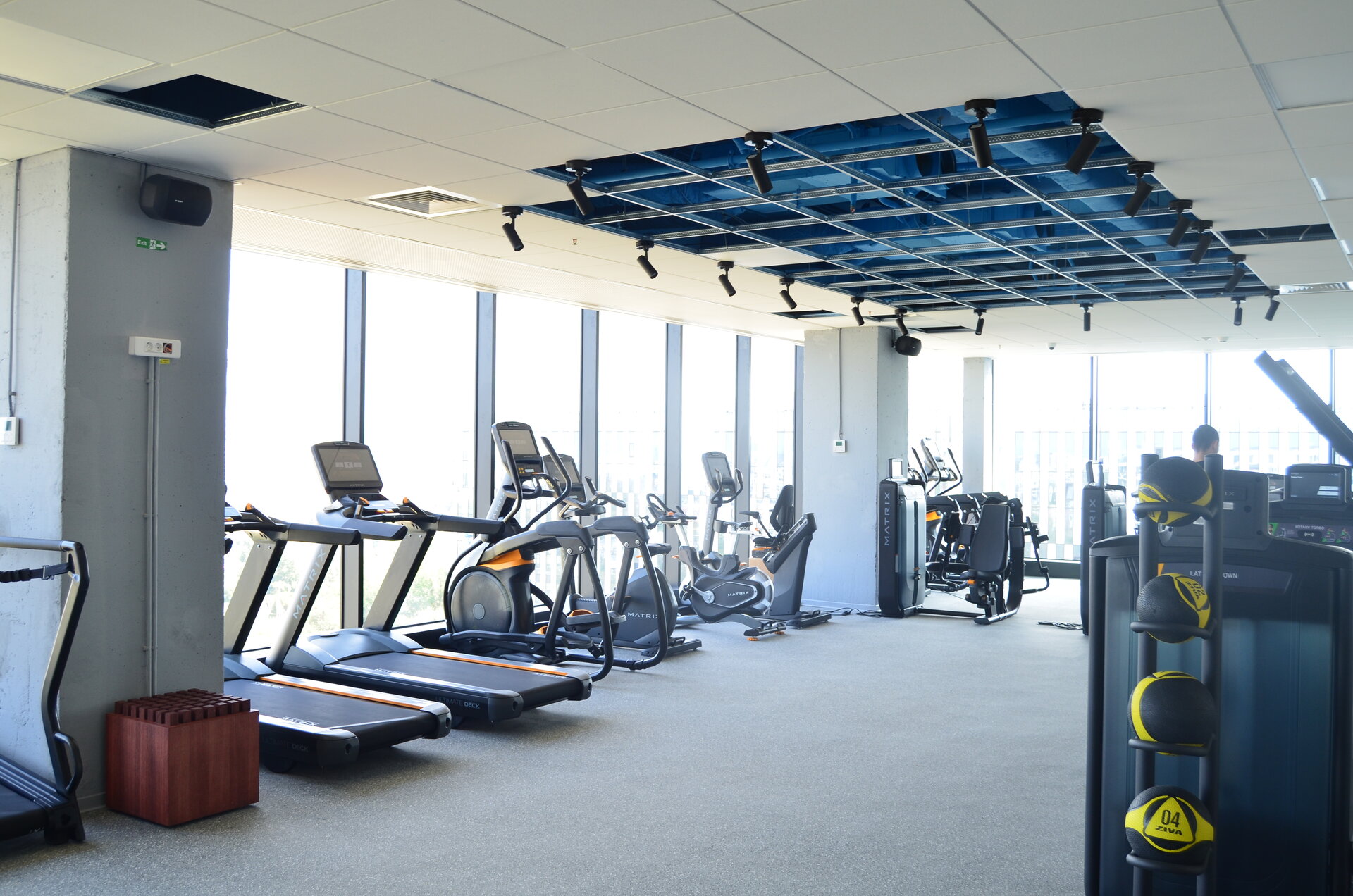 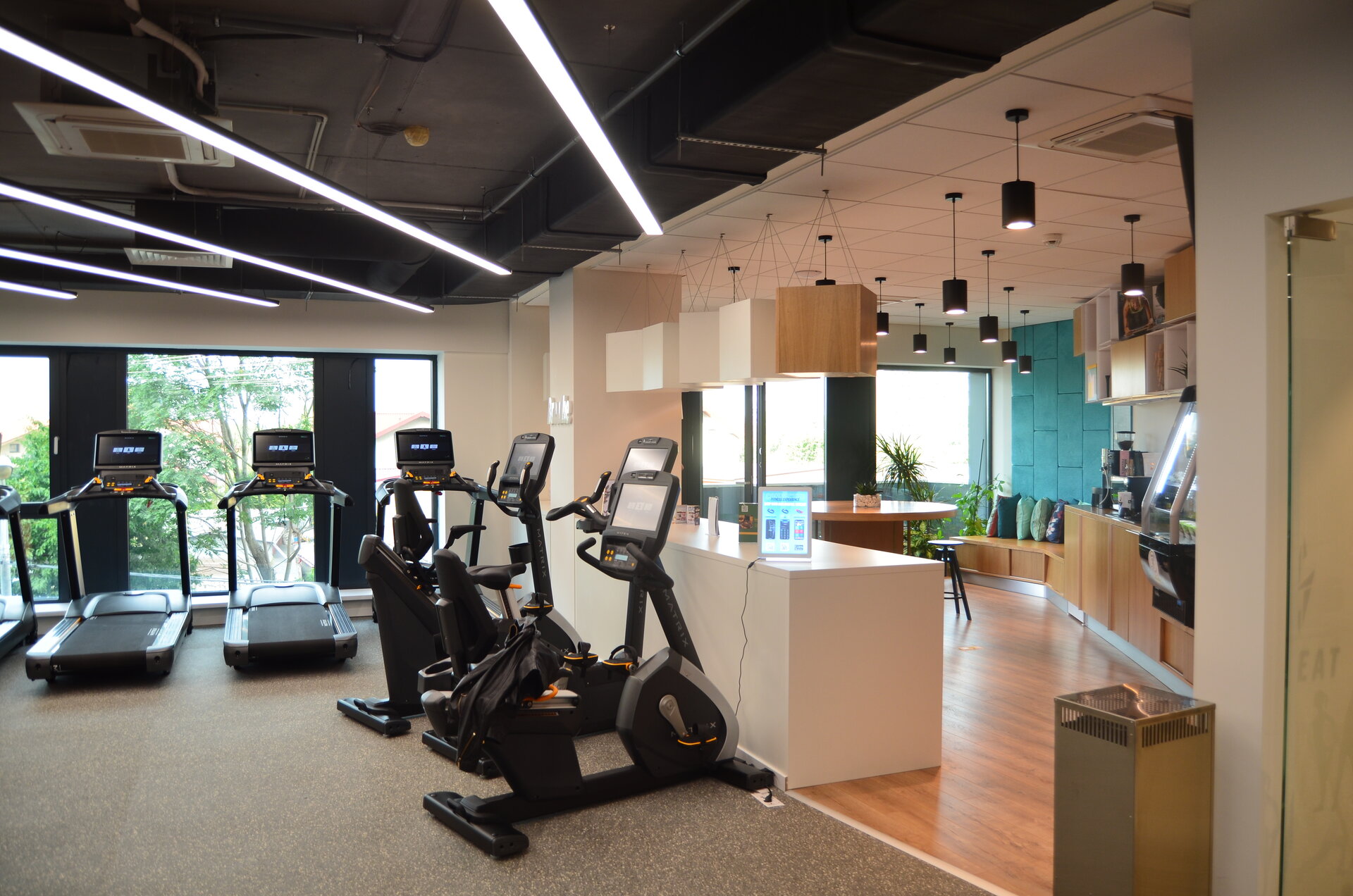 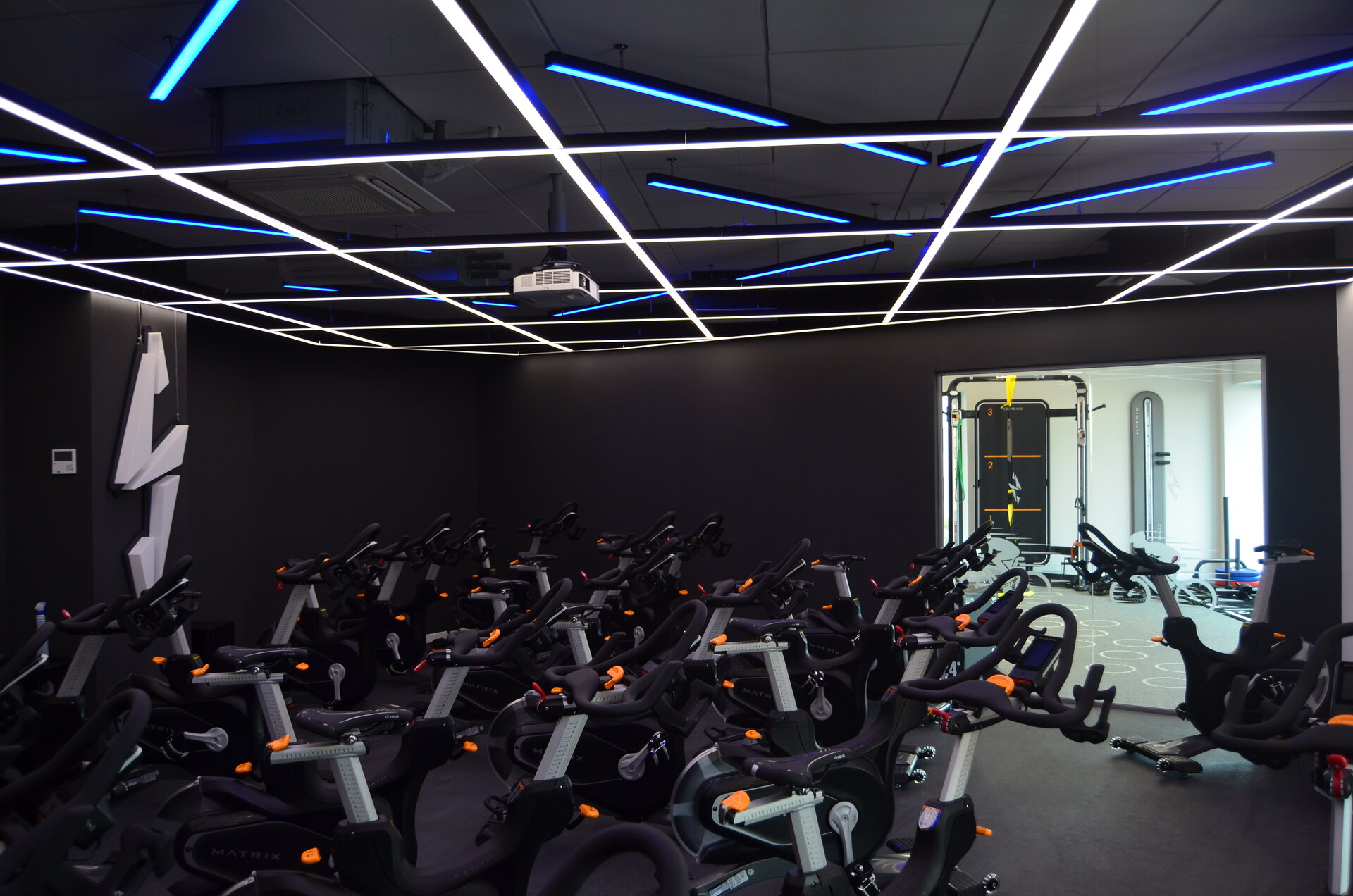 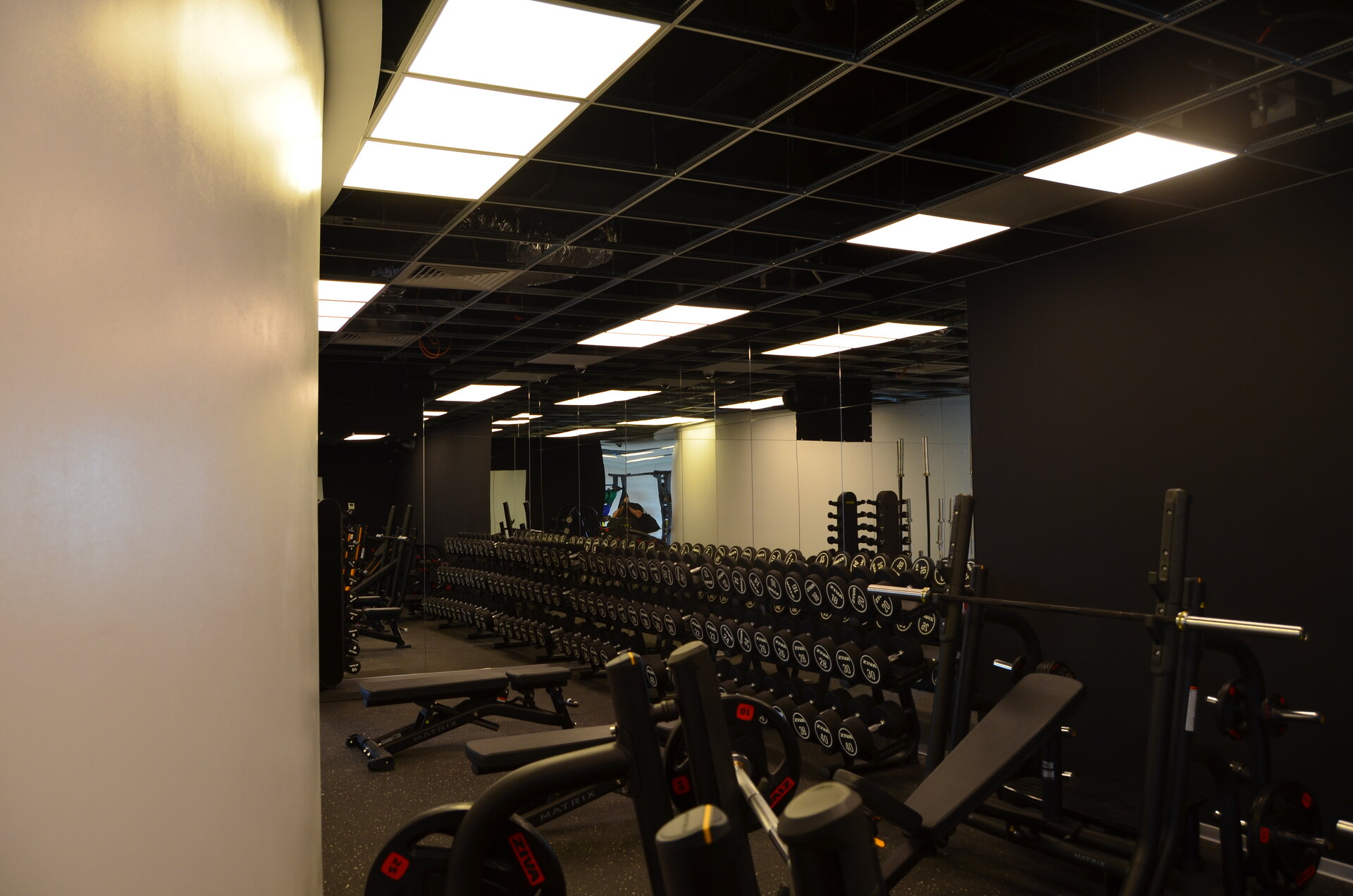 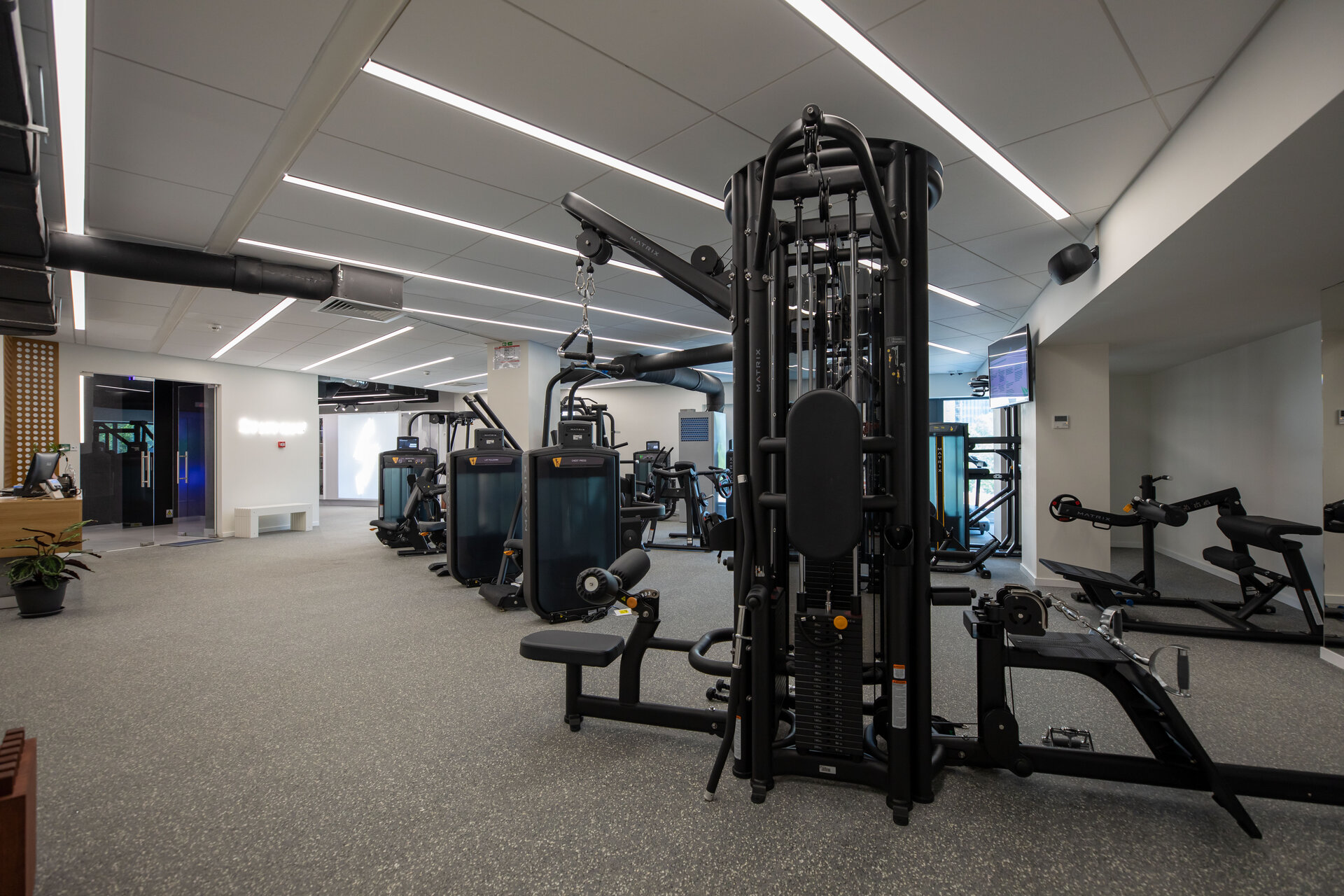 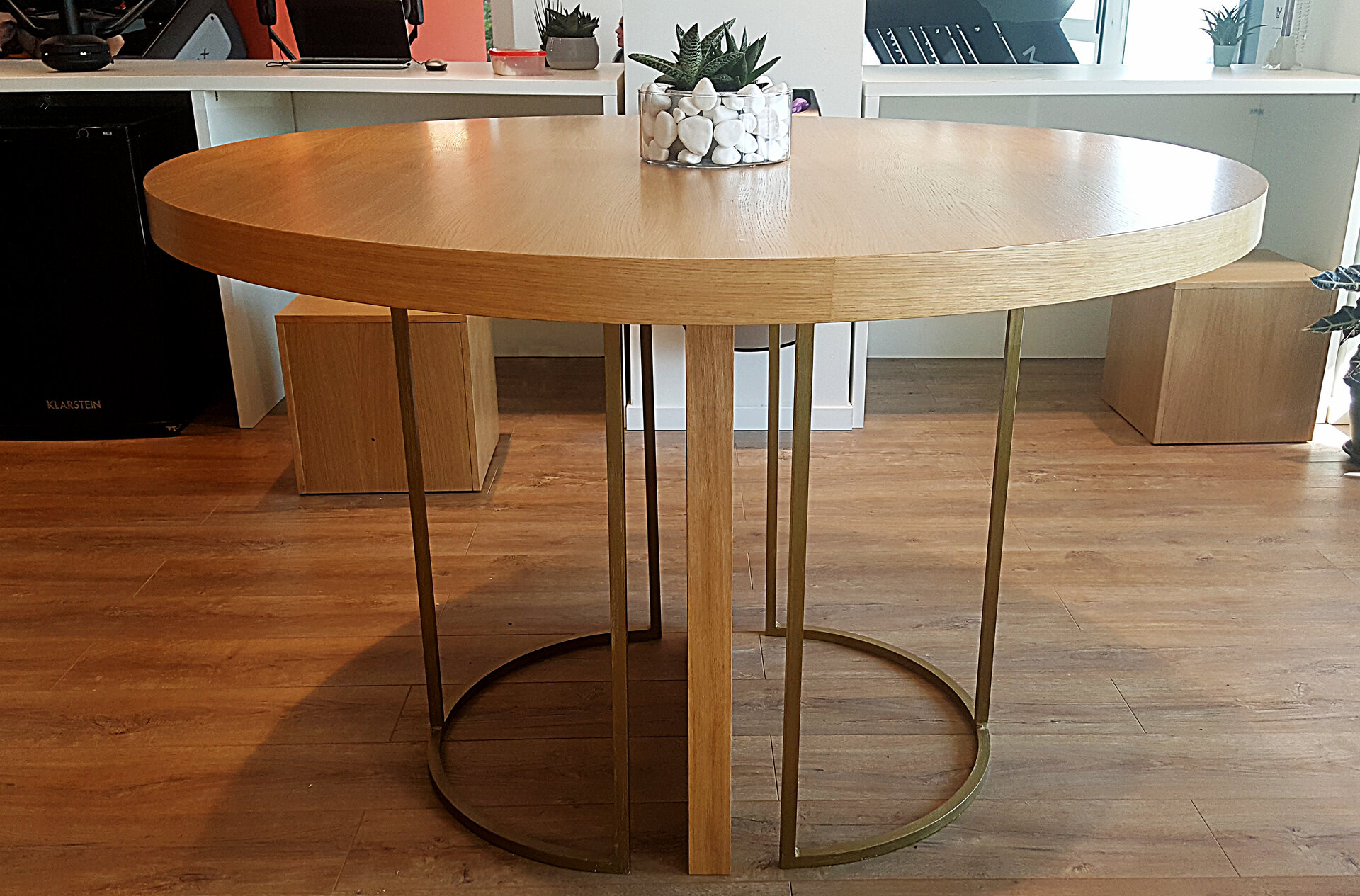 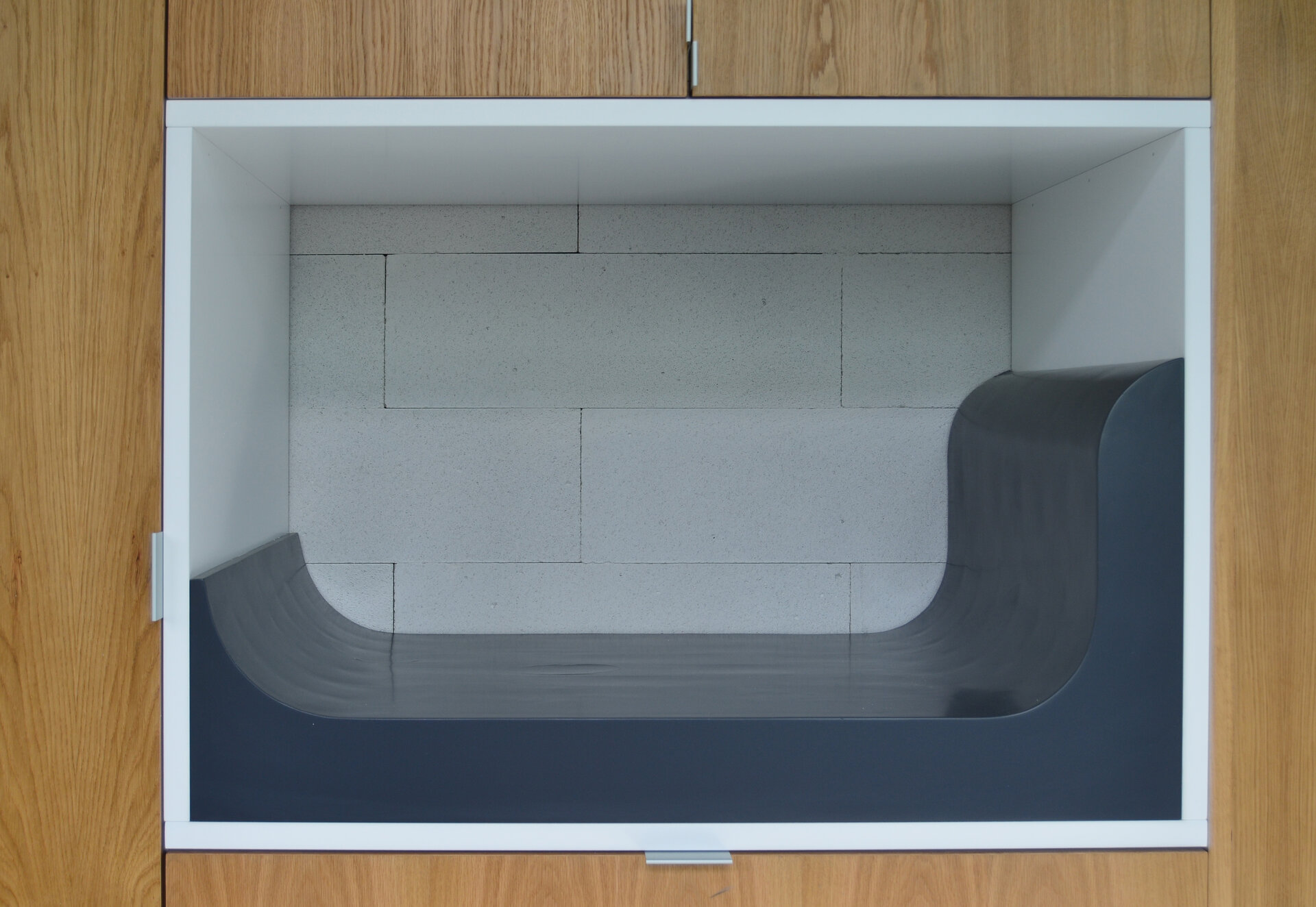 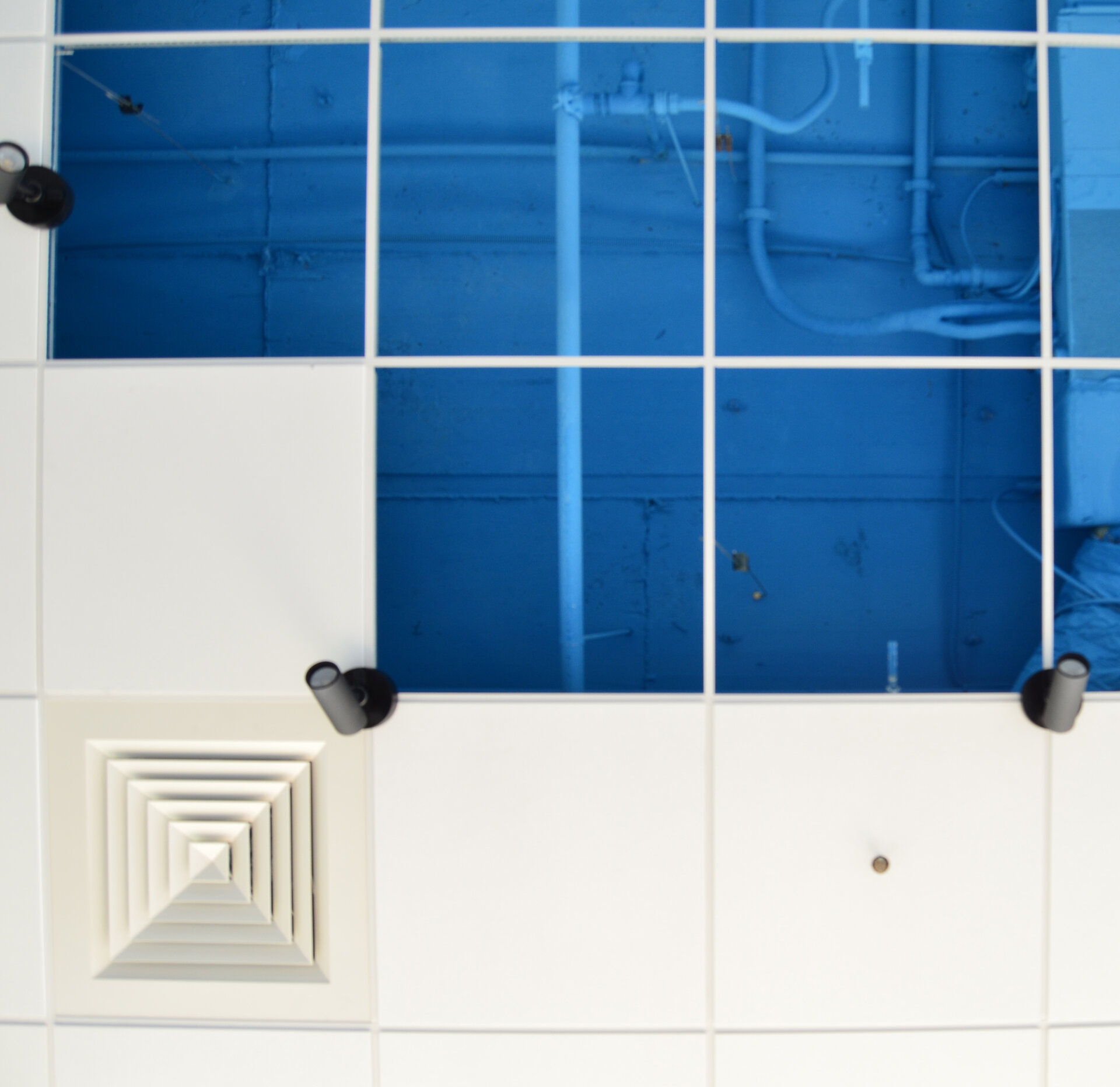 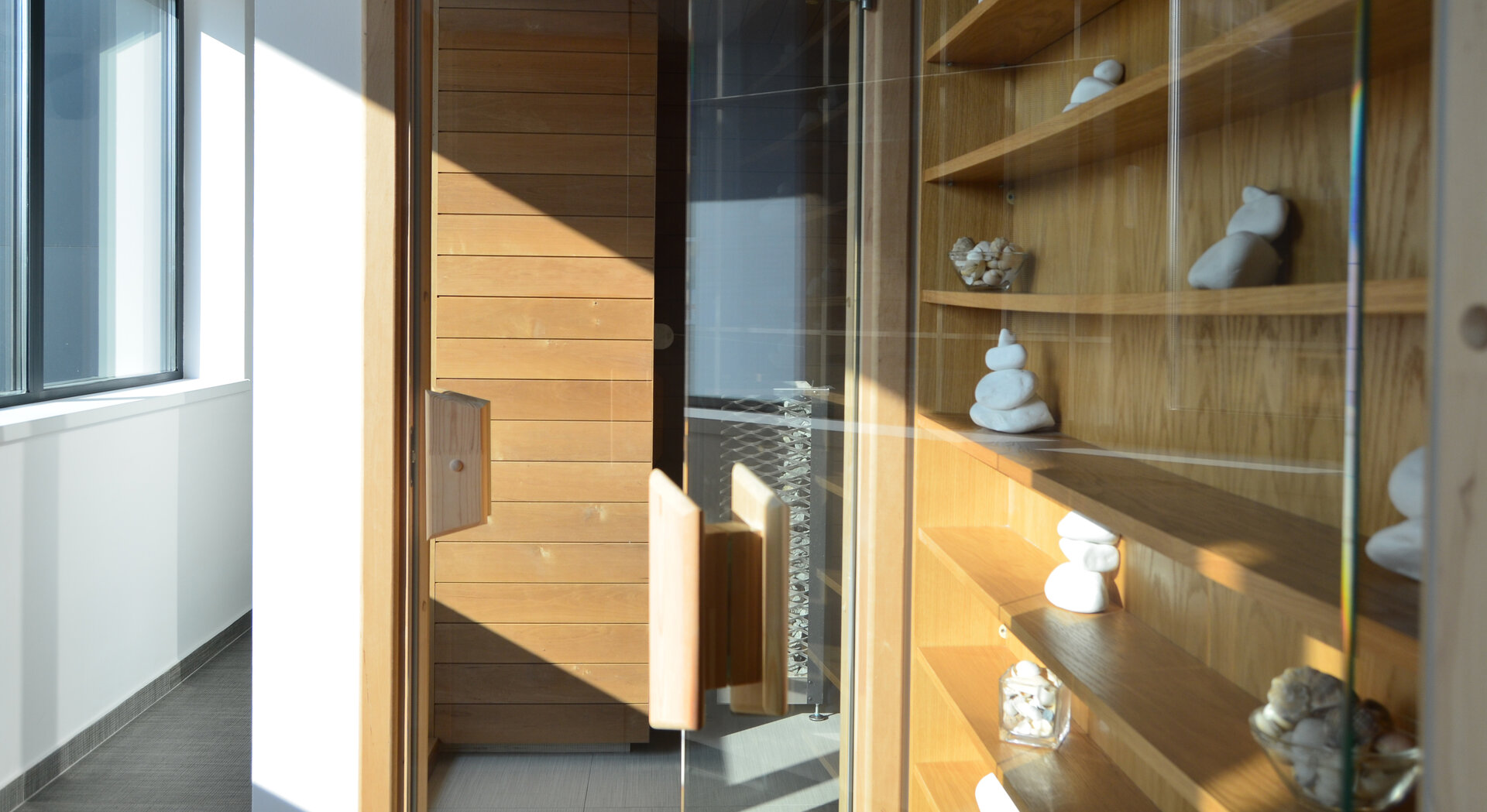