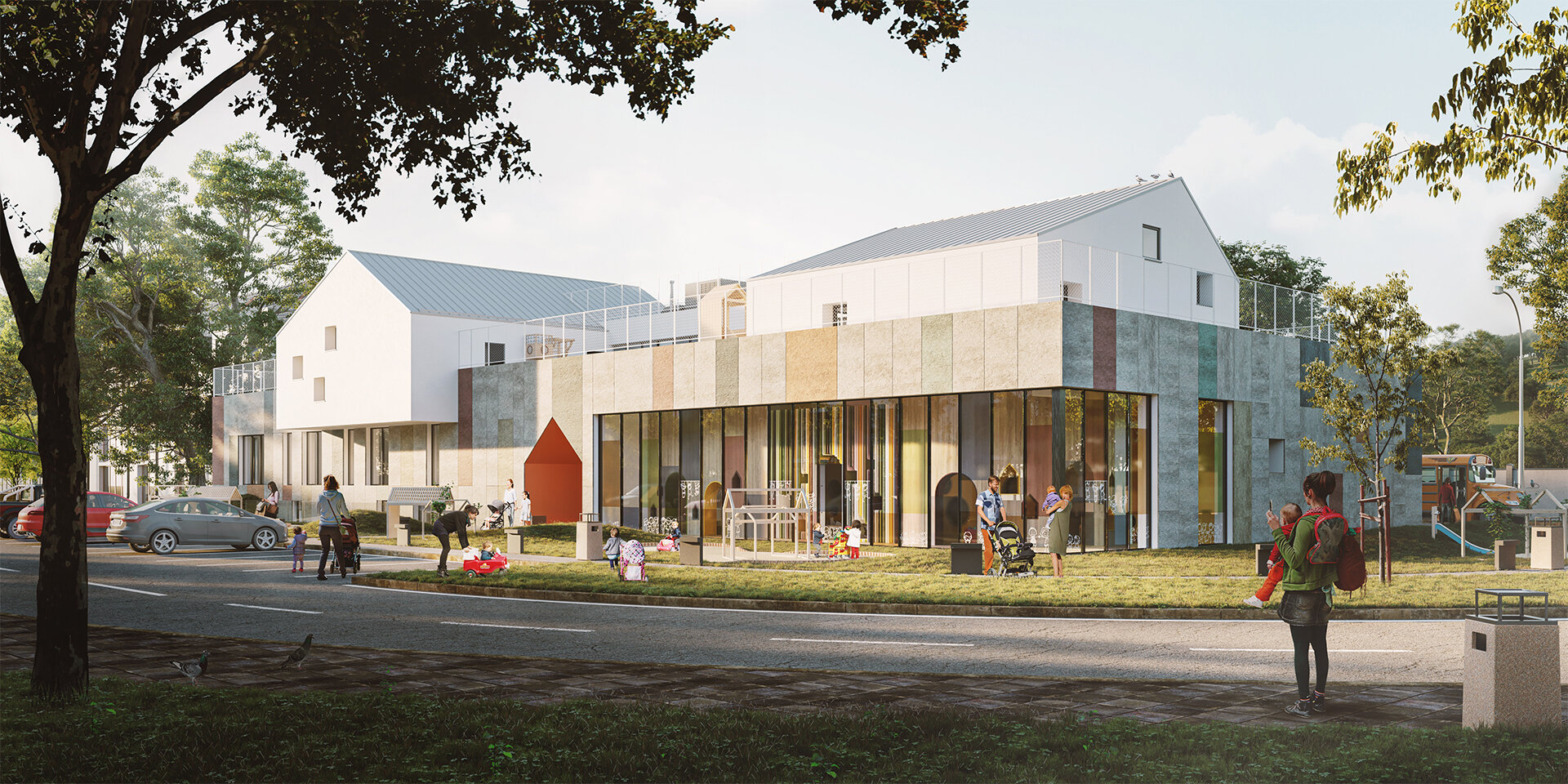 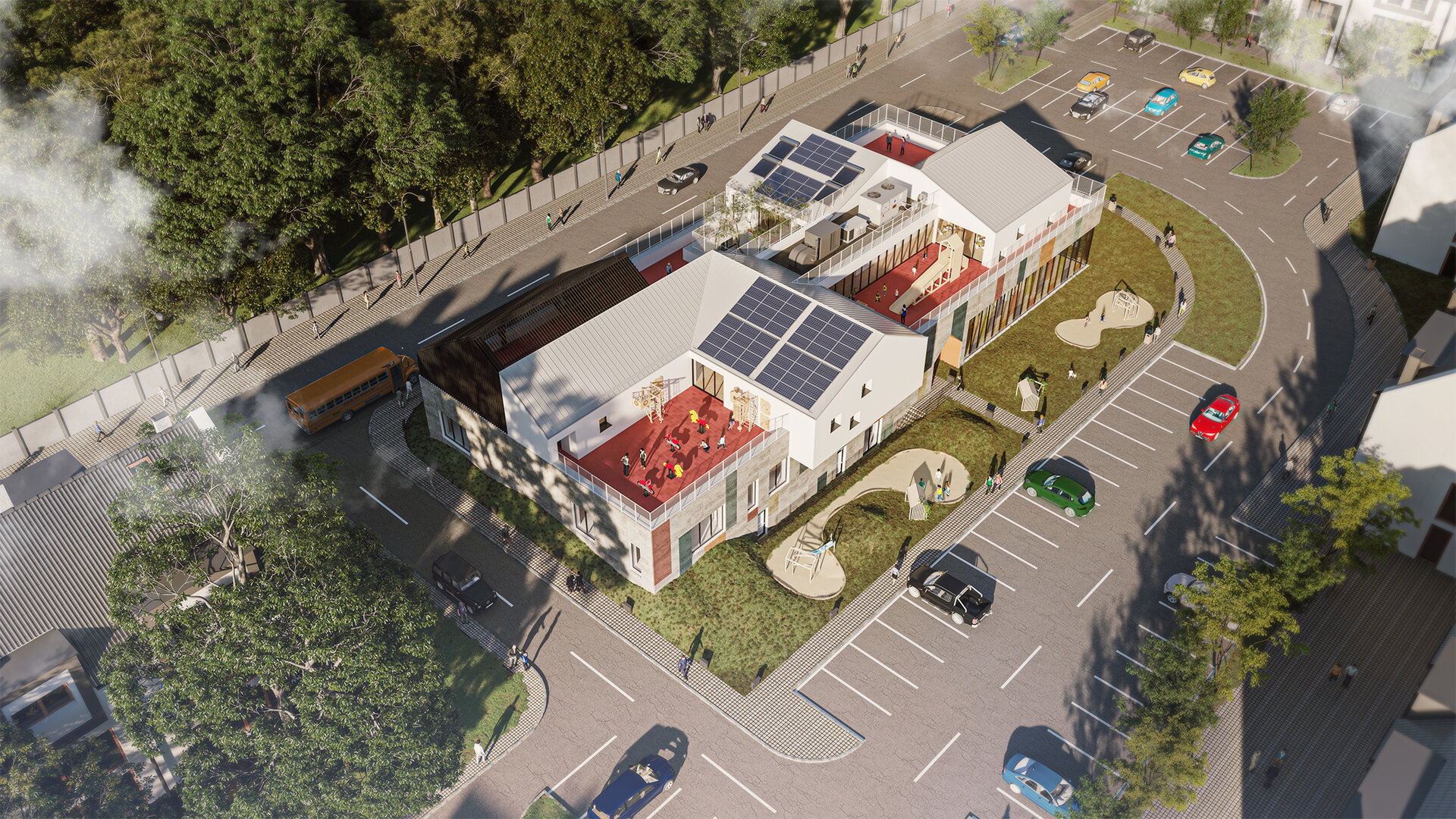 The nursery in Orhideelor Street, Alba Iulia, outlines an integrated concept that aims to serve a number of 90 children aged between 1 and 3 years. Childhood and in this case the early period, the first years of life are very important in the development of the personality of each individual. The raw shapes and the way the little ones perceive the surrounding buildings and objects tend to influence the little ones' further development. Therefore, starting from the basic form of a construction with frames, the concept differentiates in space these volumes, through consoles and retractions, through volumetric games - positive and negative, thus prefiguring the route to the interior space. Here we open to two large spaces that serve for play and food. They are closely related to the central frame that functionally divides space into two distinct areas that define main functions (playroom and dining room) and auxiliary functions (kitchen). At the border between these areas are the bedrooms - the most important spaces where children spend time in small groups. These spaces have been designed separately, in groups that, as the case may be, share the same locker room or bathroom, so as to minimize the staff effort, adding sustainability to the concept. The spaces have been dimensioned so as to cover as much as possible the needs of the little ones. The concept prefigures the compaction of the outdoor space and its relocation to a much more protected area (courtyards and terrace). It eliminates the barriers given by the "traditional" fence that usually surrounds the nurseries on a regular basis and gives more freedom to the little ones. The existing areas offer the alternative of a further development of the nursery, with more sleeping and playing spaces, as the outdoor space is generous enough to cover a larger capacity. The possibility for children to play in a protected outdoor space gives the prospects of a correct development and an education suitable for the little ones, the positive impact and the whole architectural approach being meant to actively contribute to the aesthetic development of the urban setting and to be a reference for similar functions. 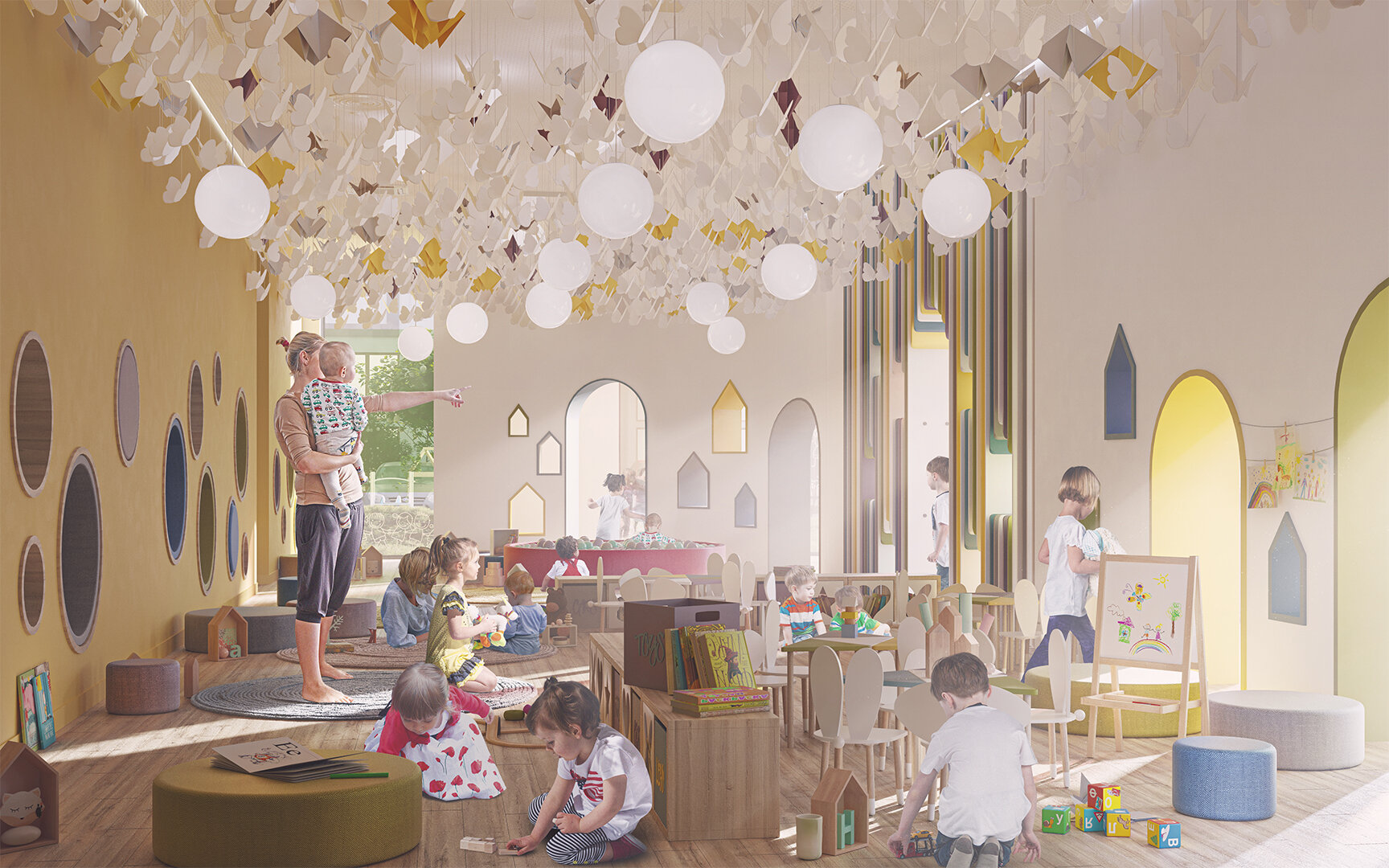 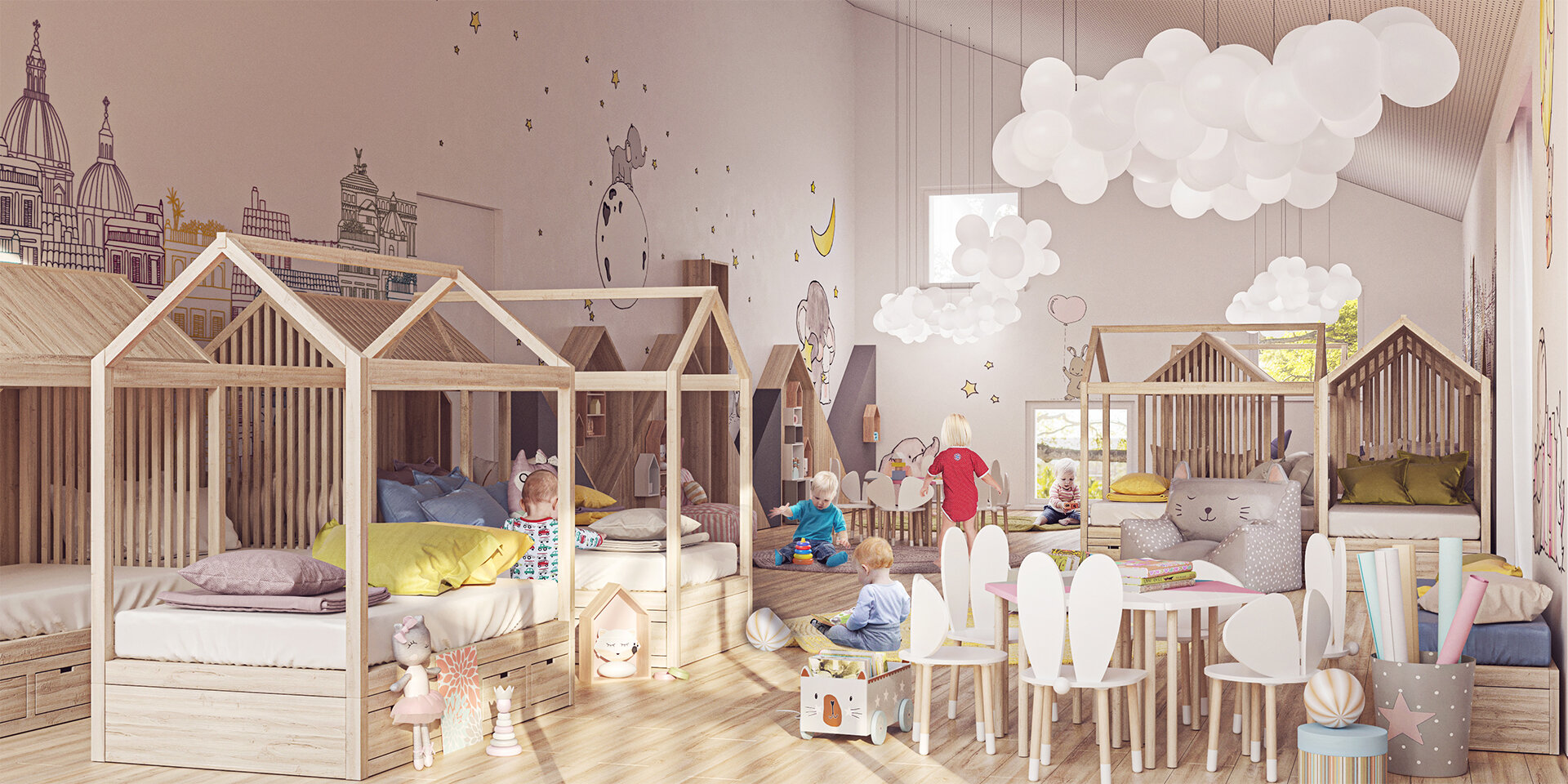 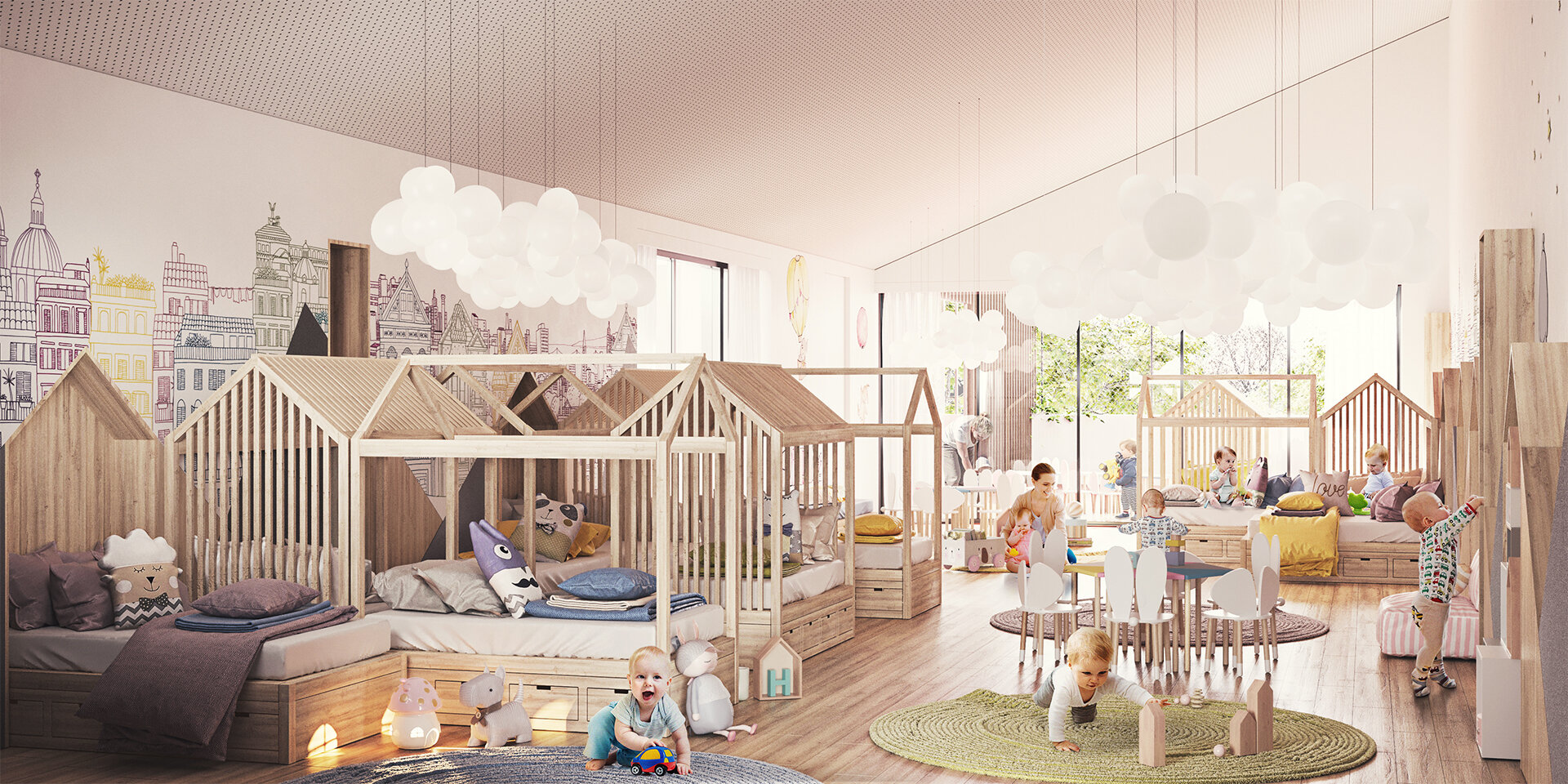 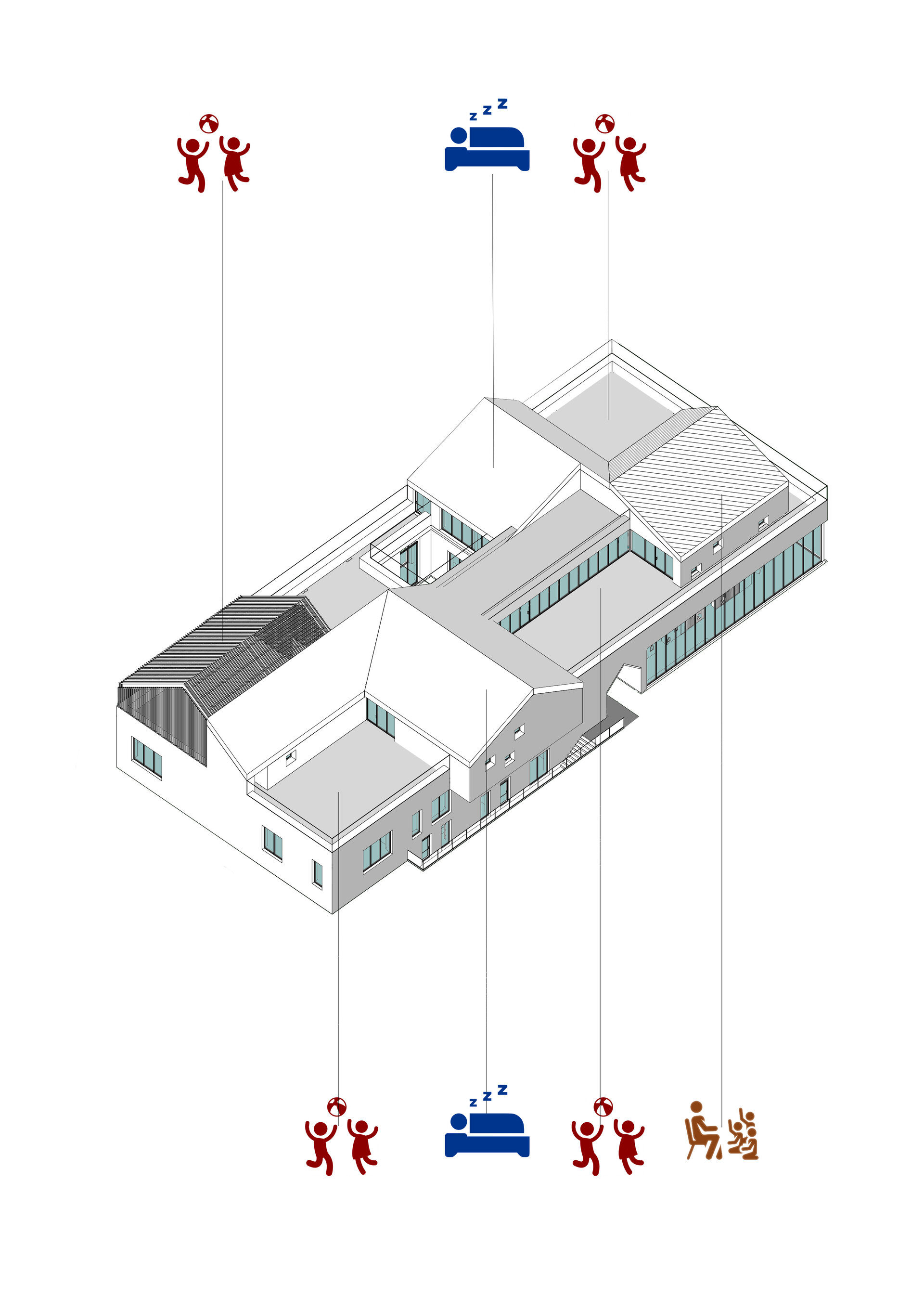 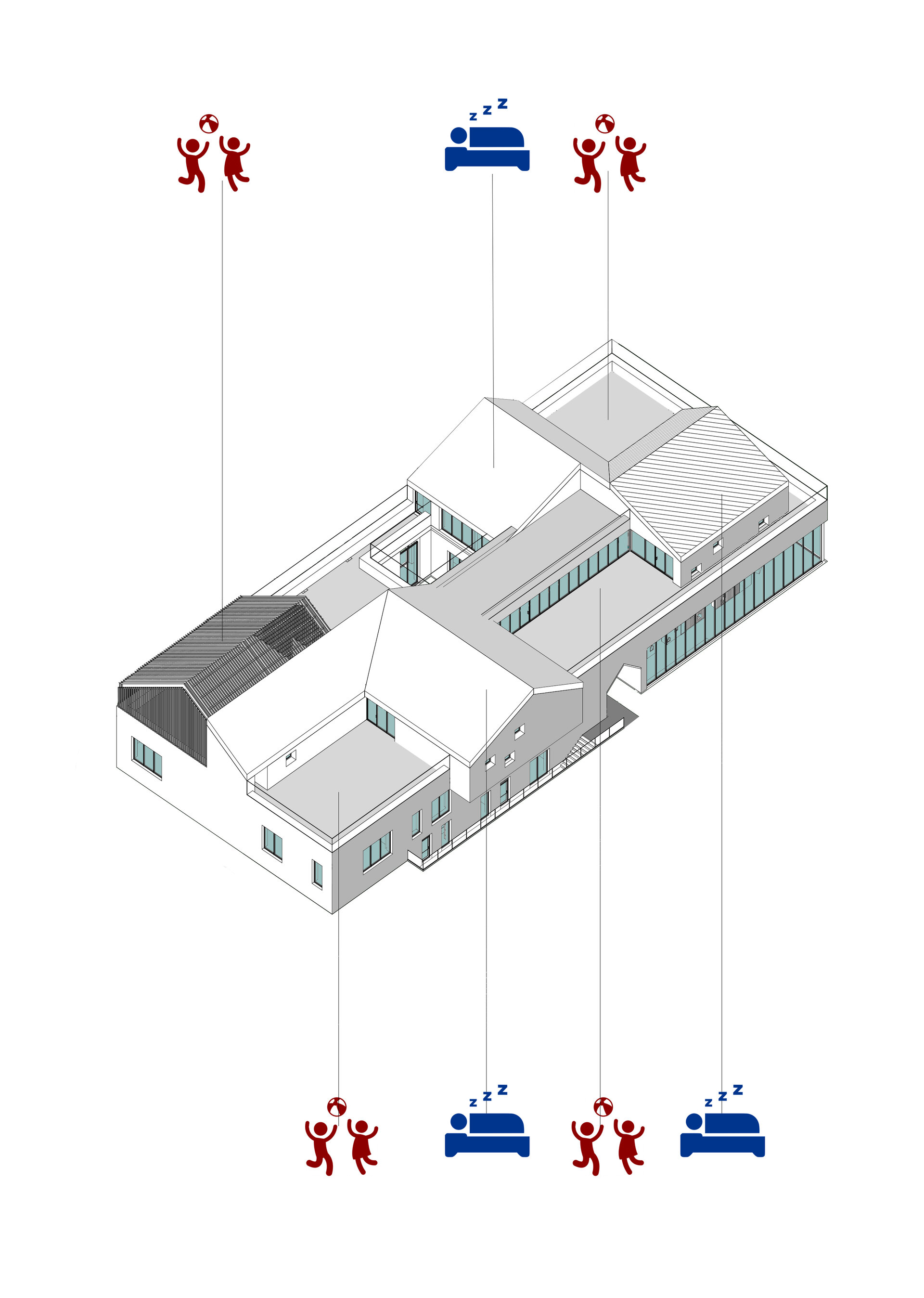 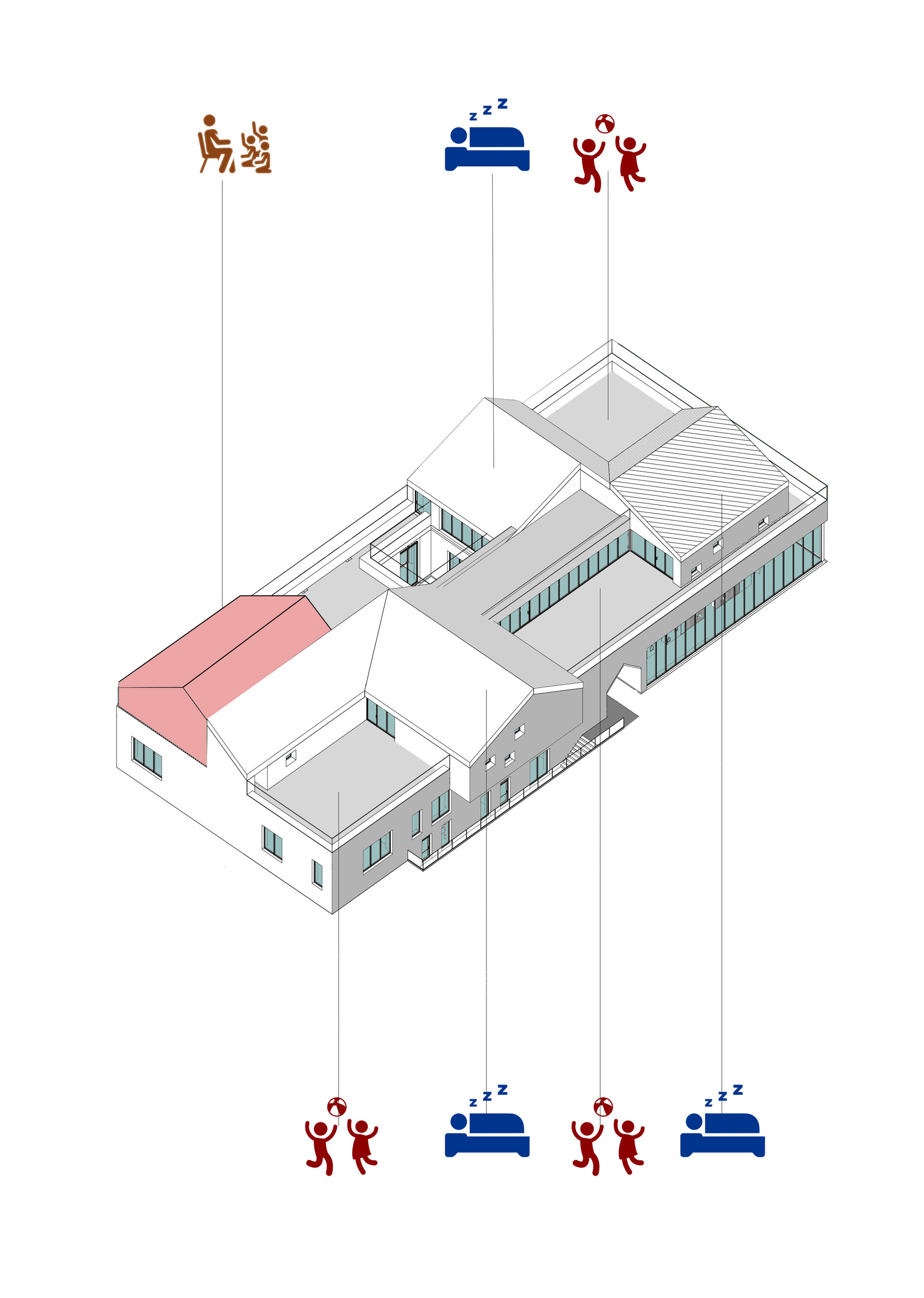 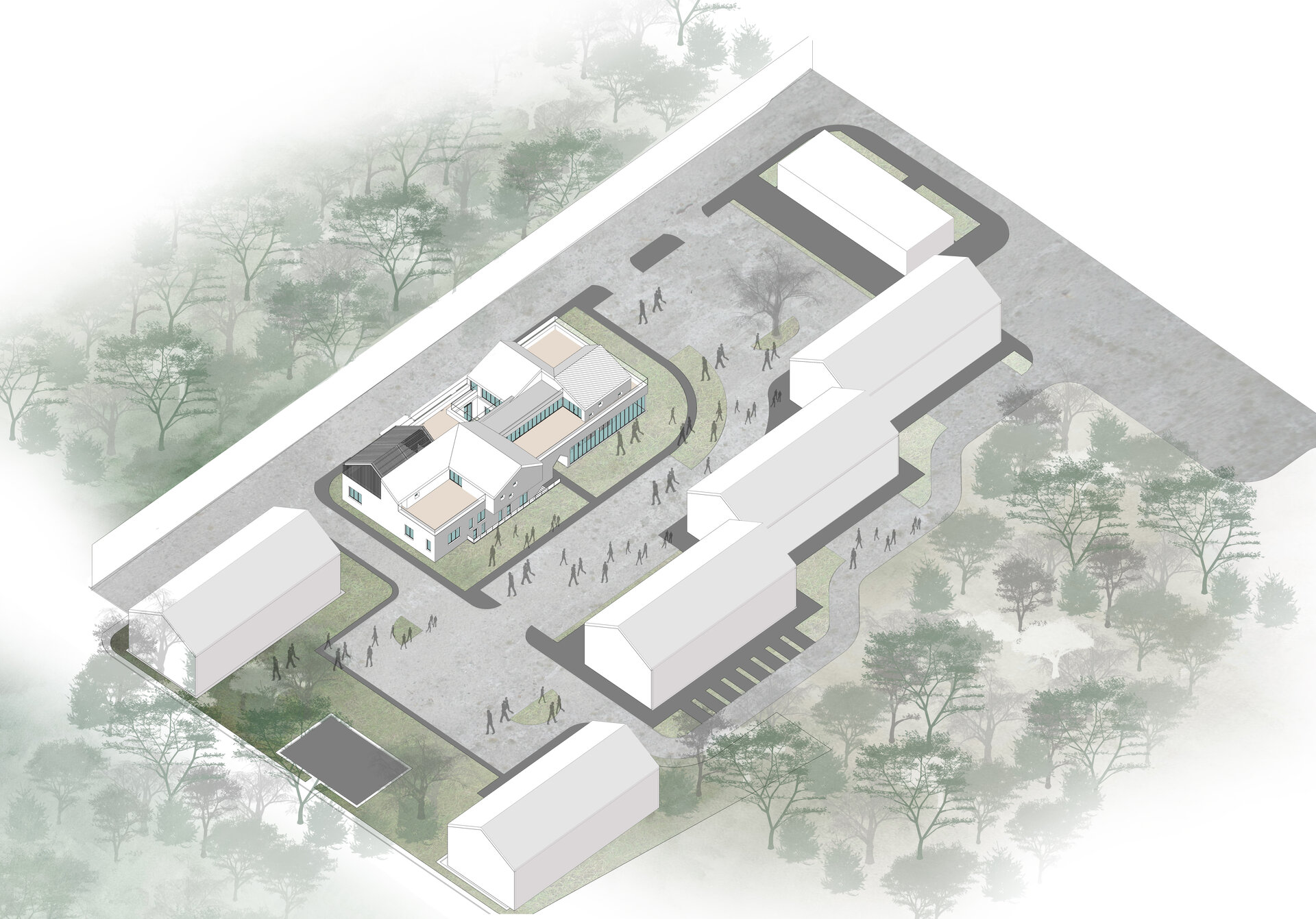 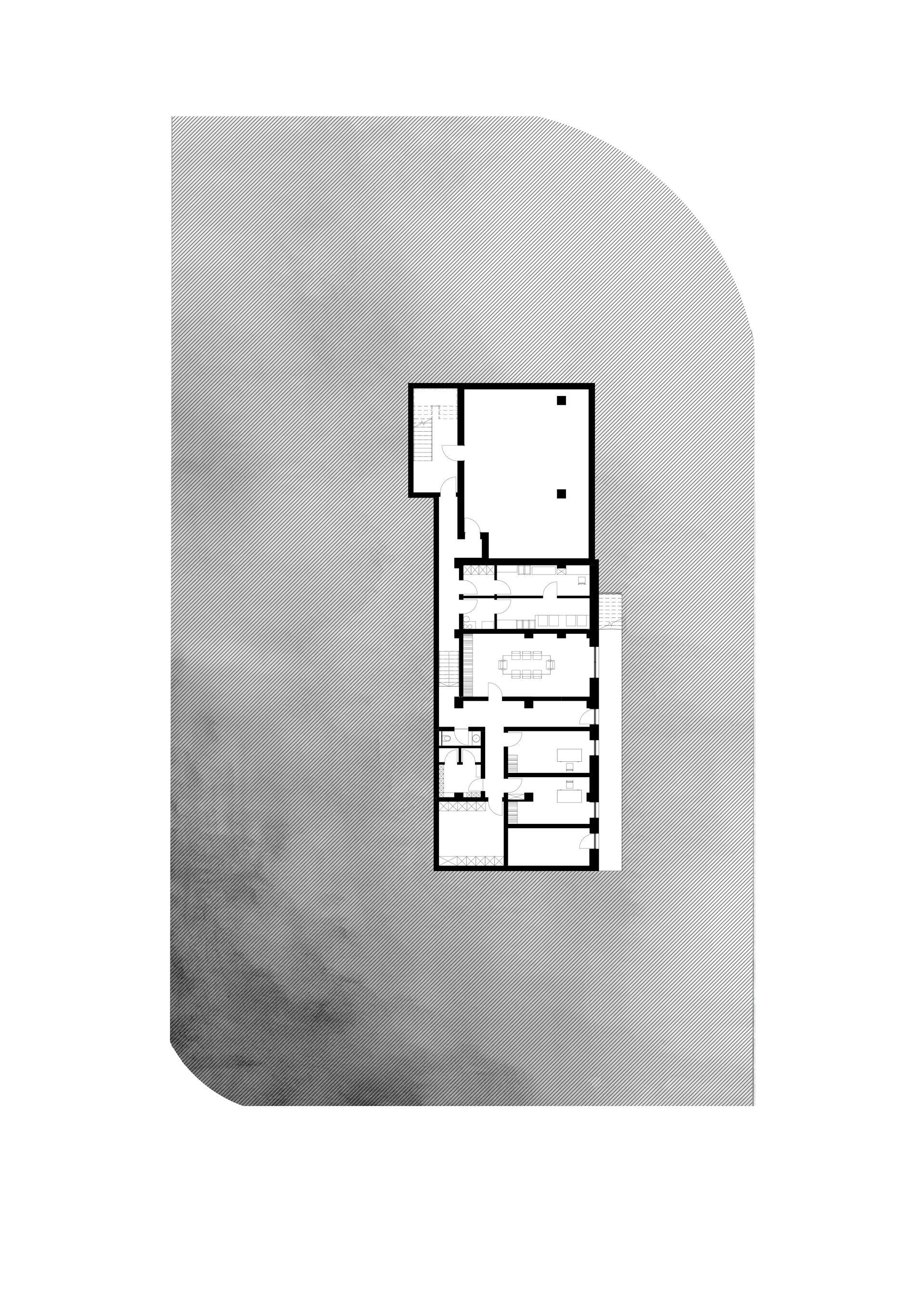 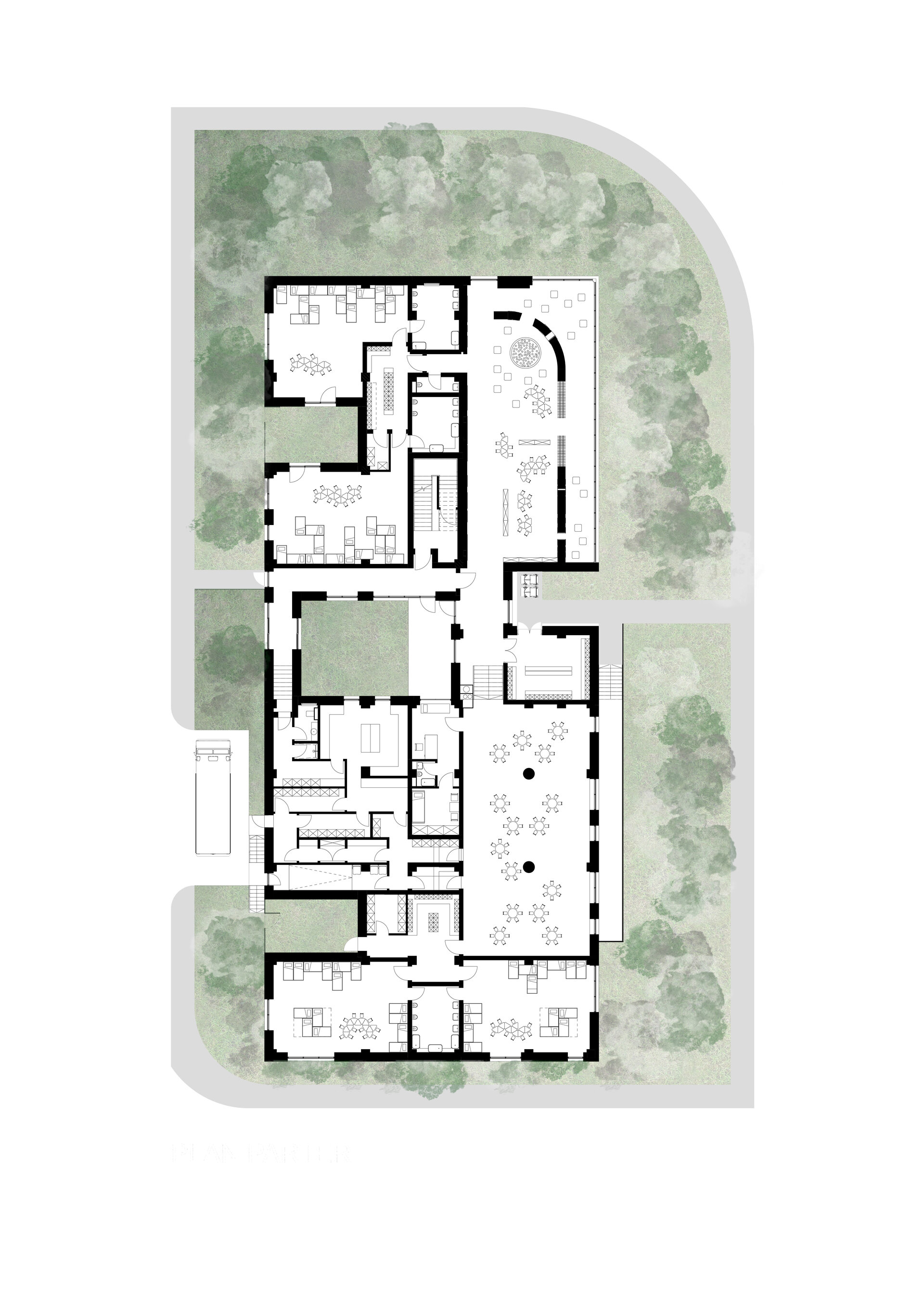 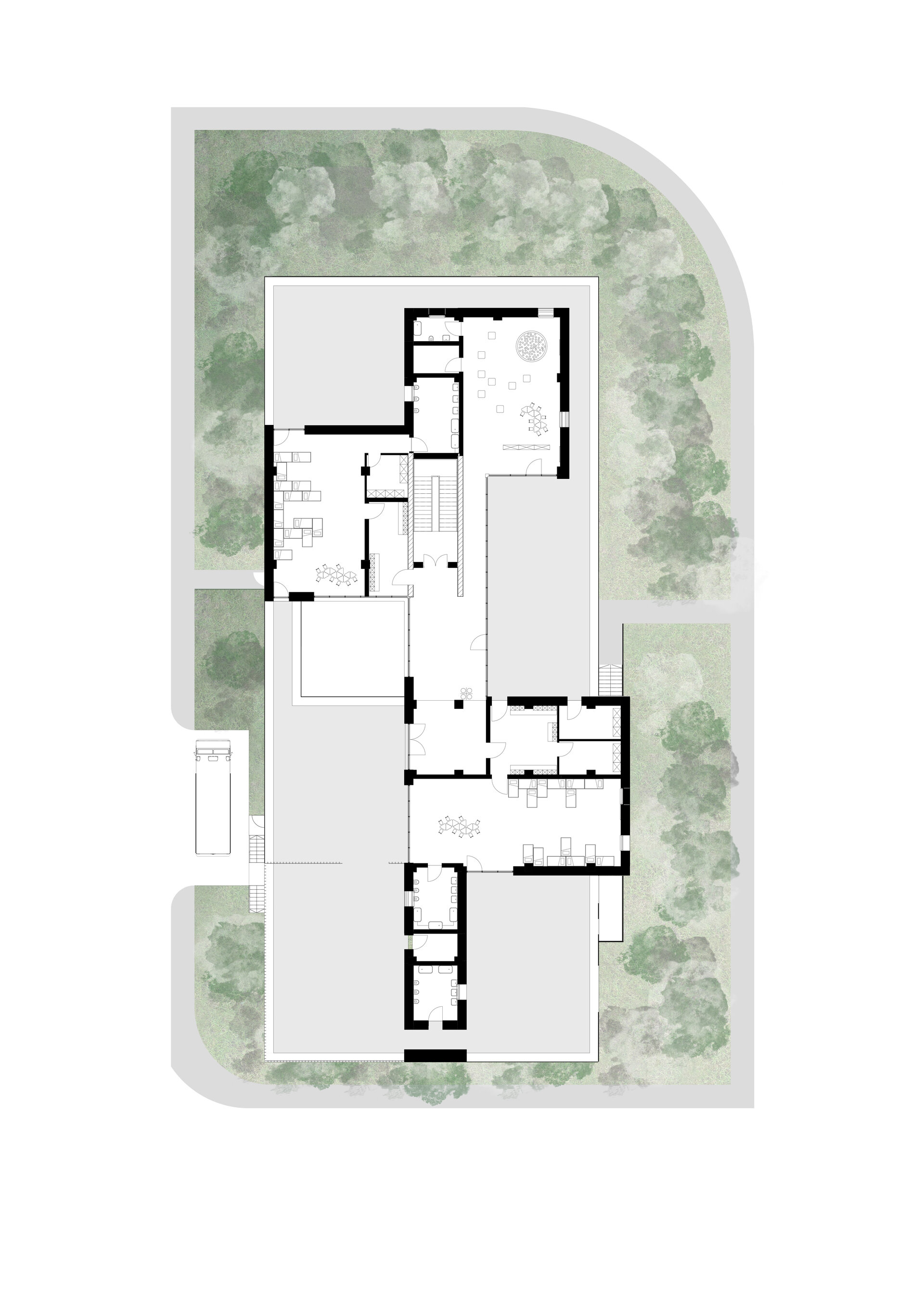 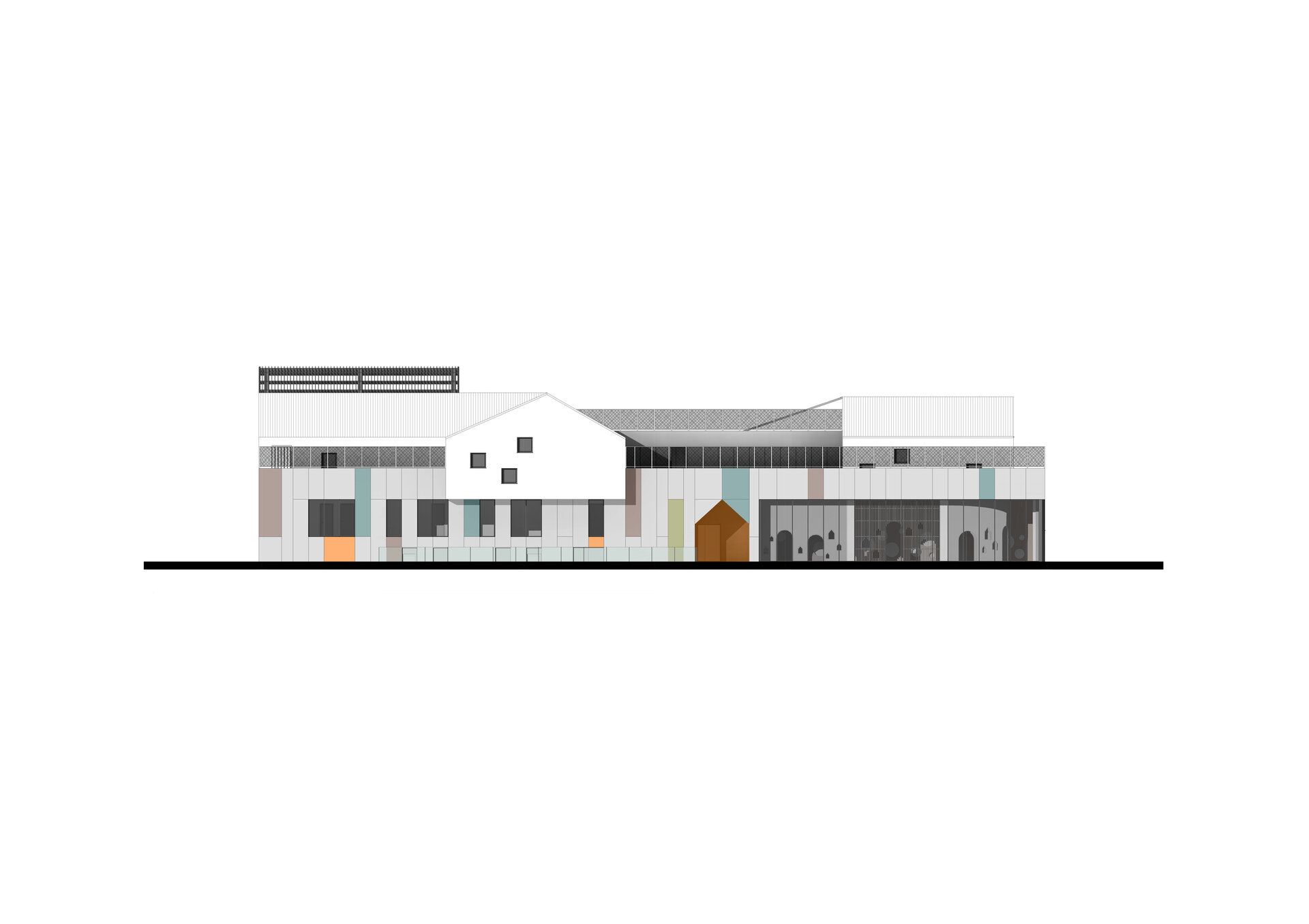 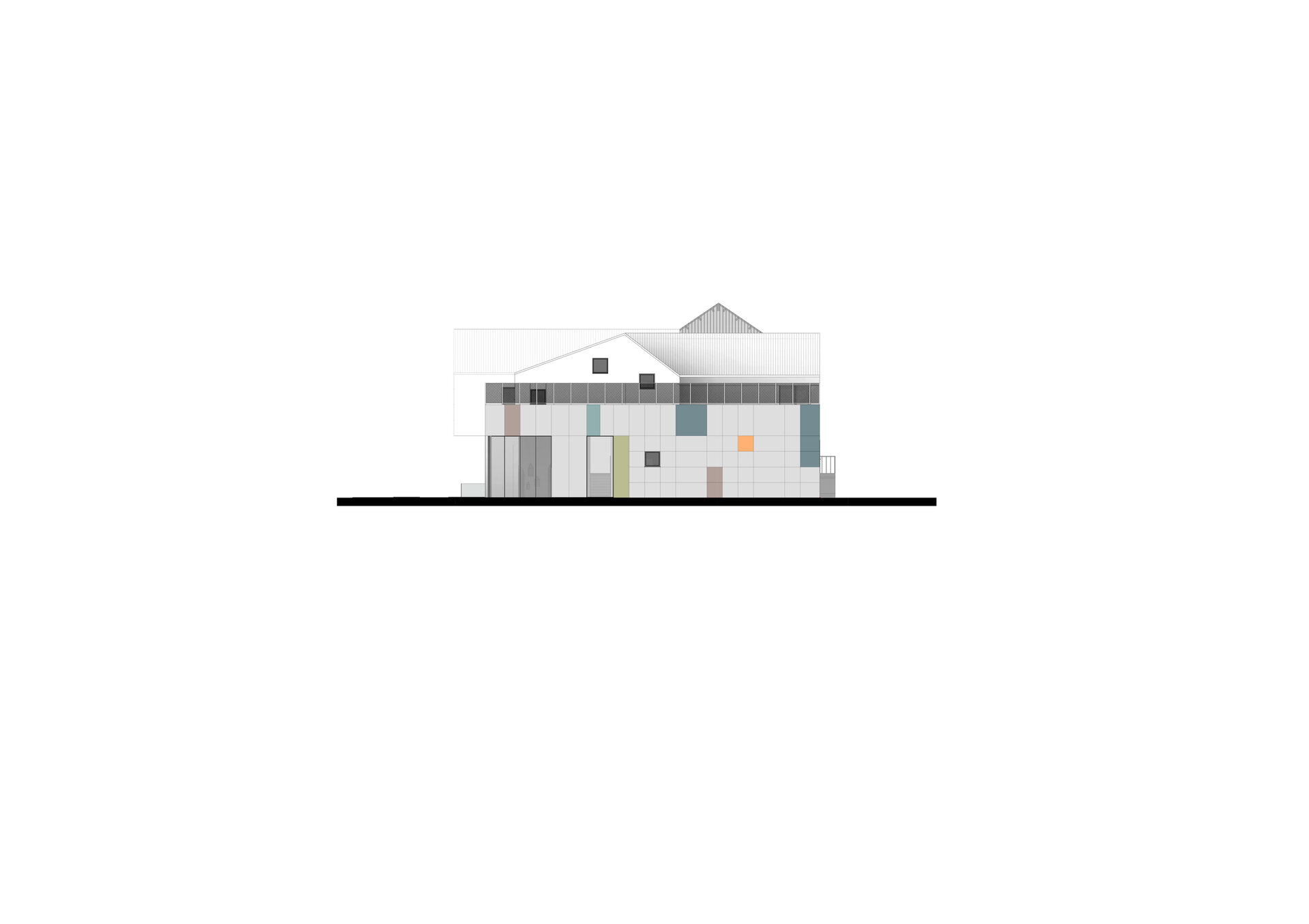 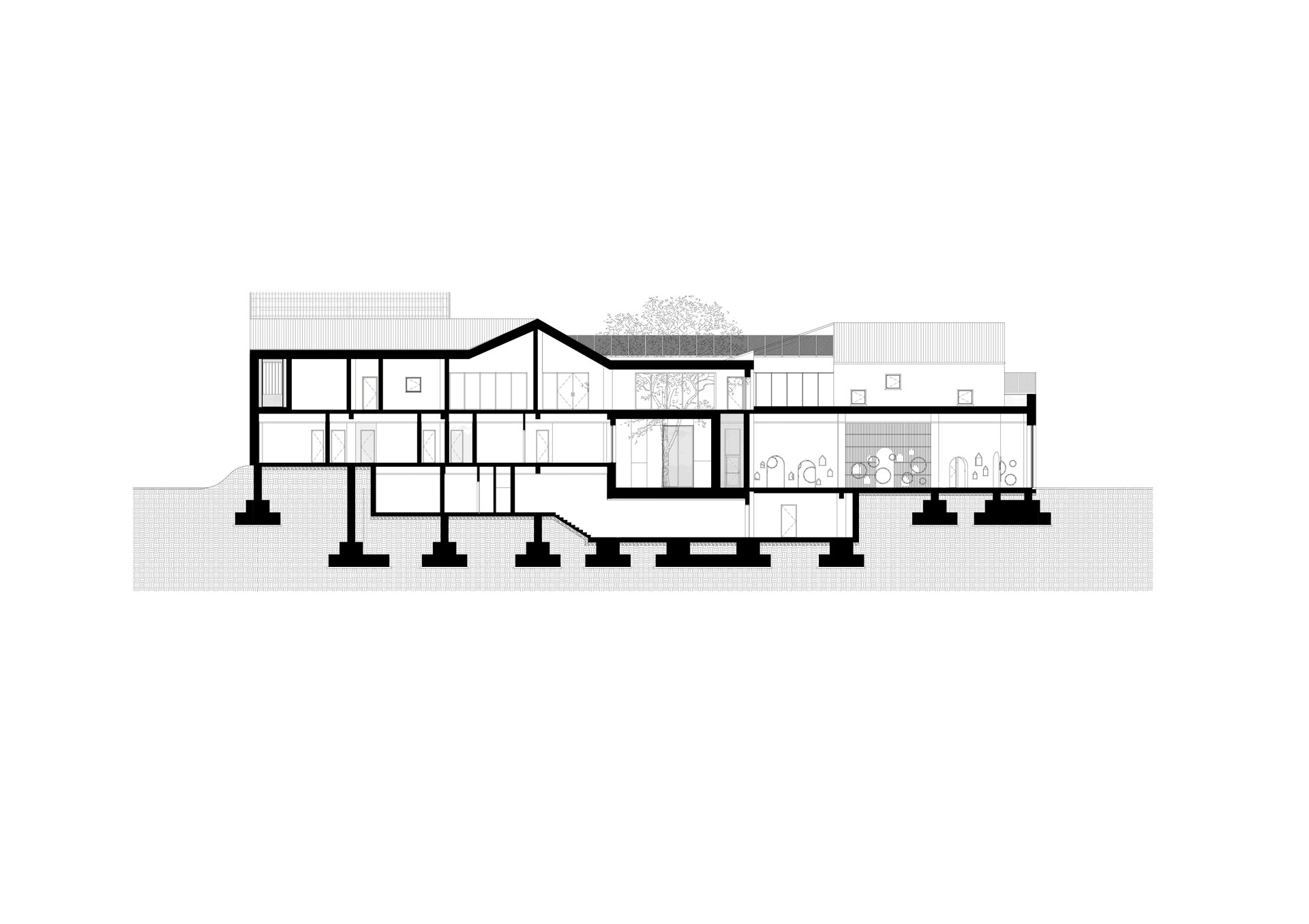 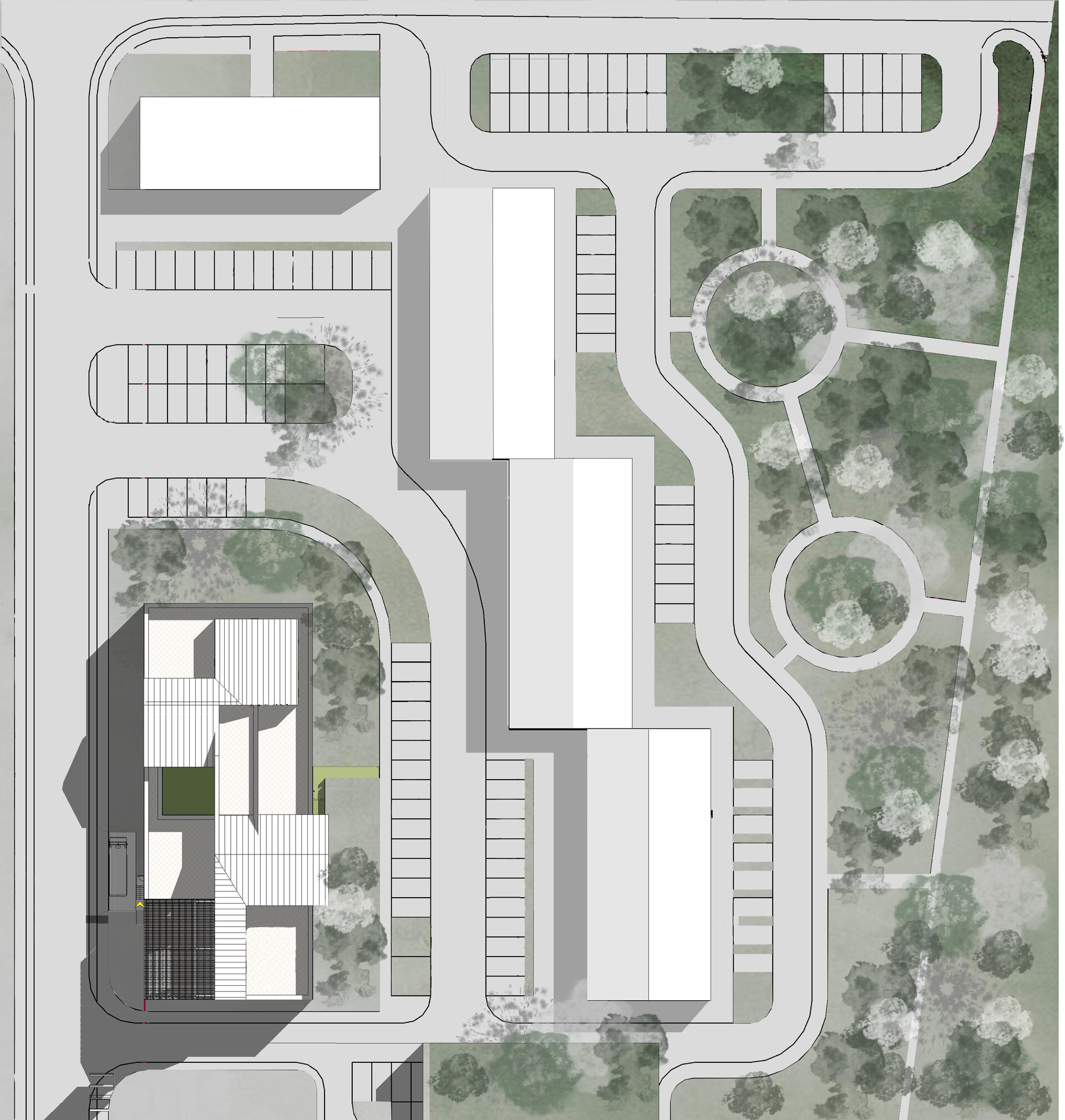