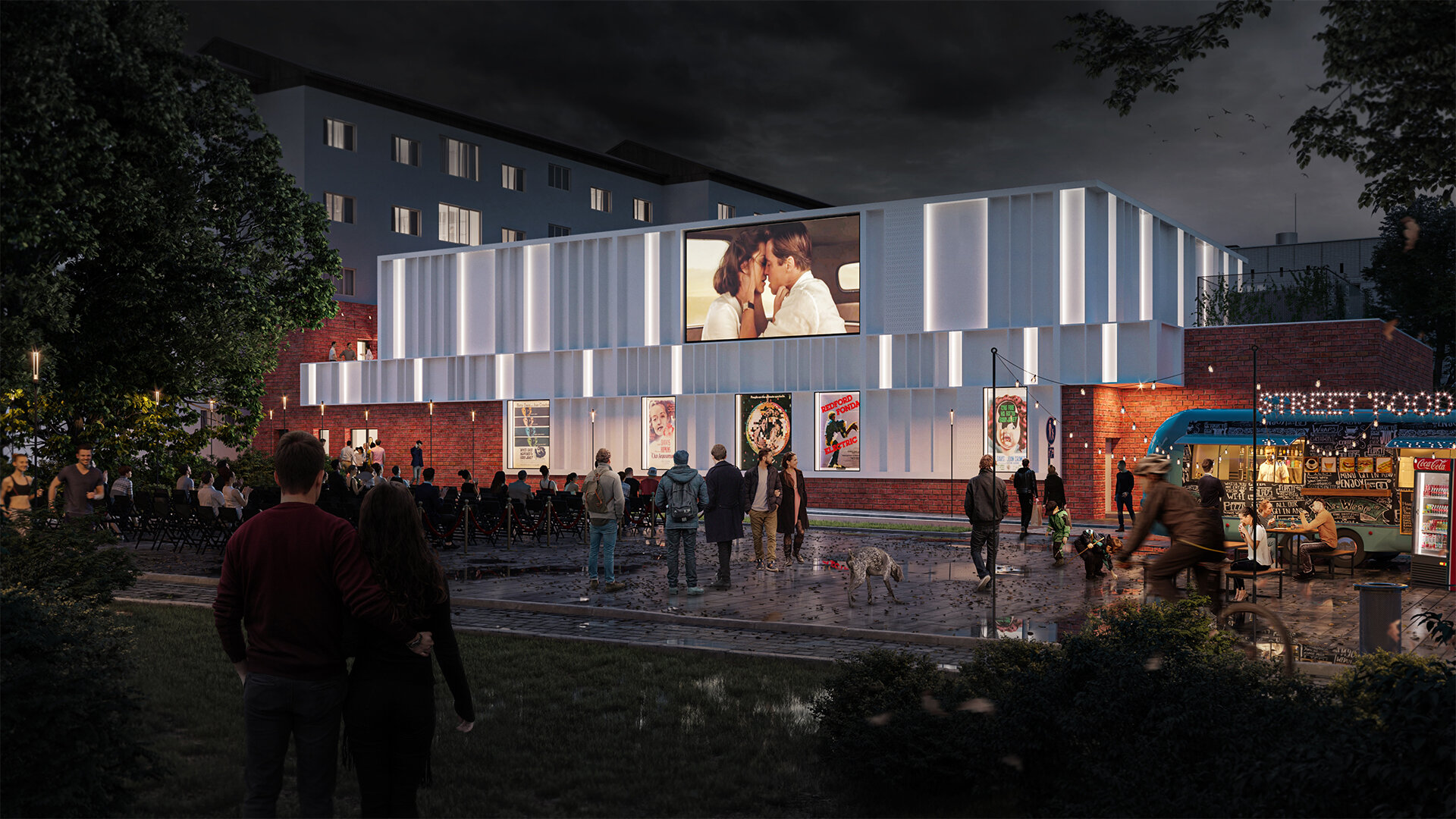 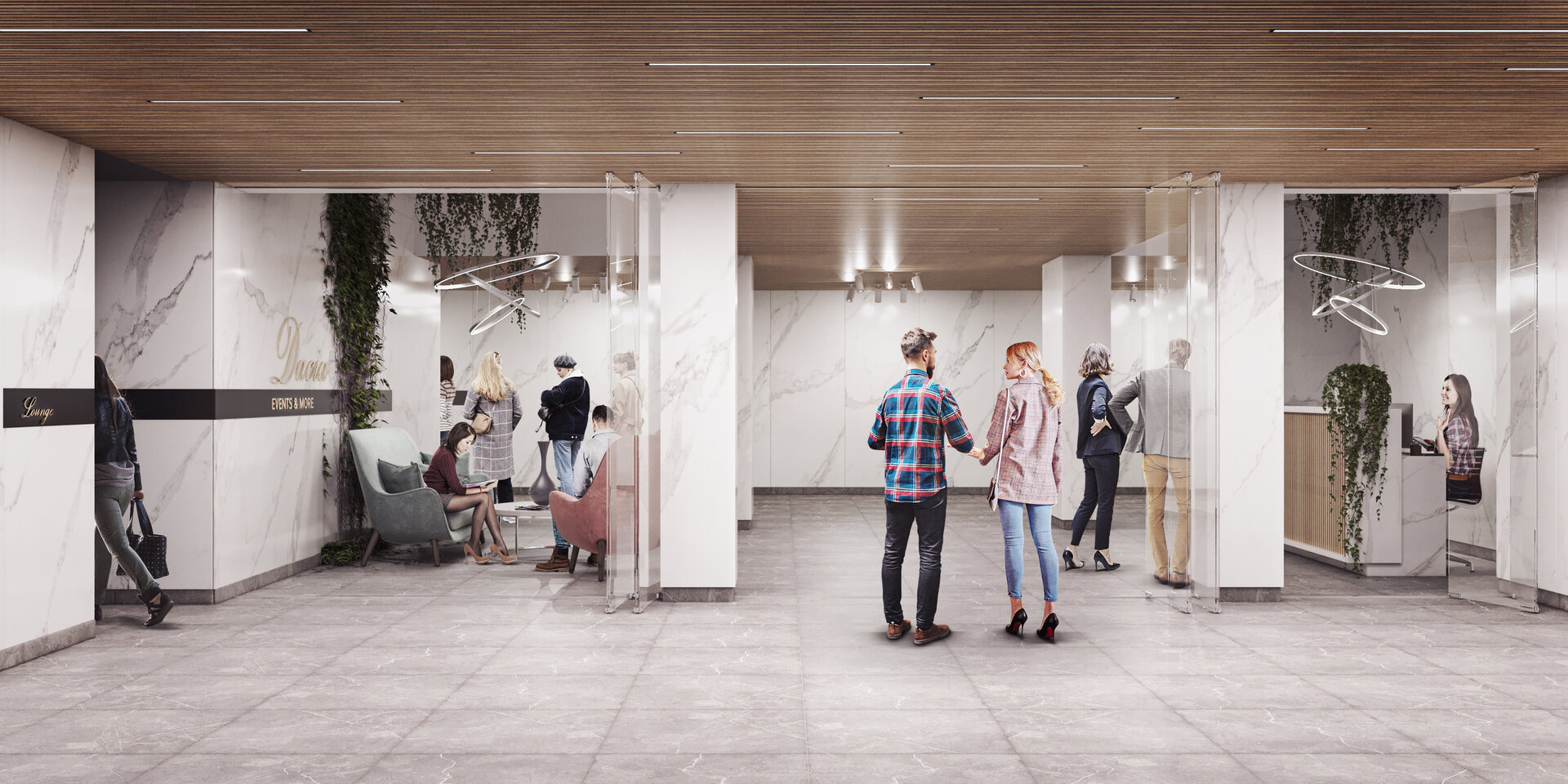 The Dacia cinema in Timișoara is part of a series of cultural objectives built in the ‘70s during the communist period, meant to ensure the cultural comfort of the citizens. During that period, this alternative of building blocks of flats with the ground floor of which can serve as a space for access to the cinema located behind the block, became very clear. Even if during the communist period the "culture", in this form, was hidden behind the concrete curtain, it is our duty to highlight the objectives with potential, by rendering this space, behind the block, to the community. The project aims to build an alternative for the use of public space, in a new stage of relationship with Dacia Park. The interior space must define an event that must go beyond the limits of the building and find the dialogue with the exterior space. Therefore, it defines an outward extension of an event that can take many forms, from simple independent film screenings to festivals, conferences and festivities, designed to enhance the communion of citizens. The proposed facade includes a screen for alternative playback of events from inside and not only, visible from the park and from the residual space in the immediate vicinity. It becomes a cultural magnet for the community that is reinventing itself behind the blocks. The space on the ground floor of the block originally defined as a transit place also becomes a place that can host temporary exhibitions and thus outlines the possibility of developing large-scale cultural events. The façade preserves the lines of the materiality of the building - the apparent brick and brings to the fore the intervention meant to change the space behind the block so that the community feels a much closer relationship with the urban environment. 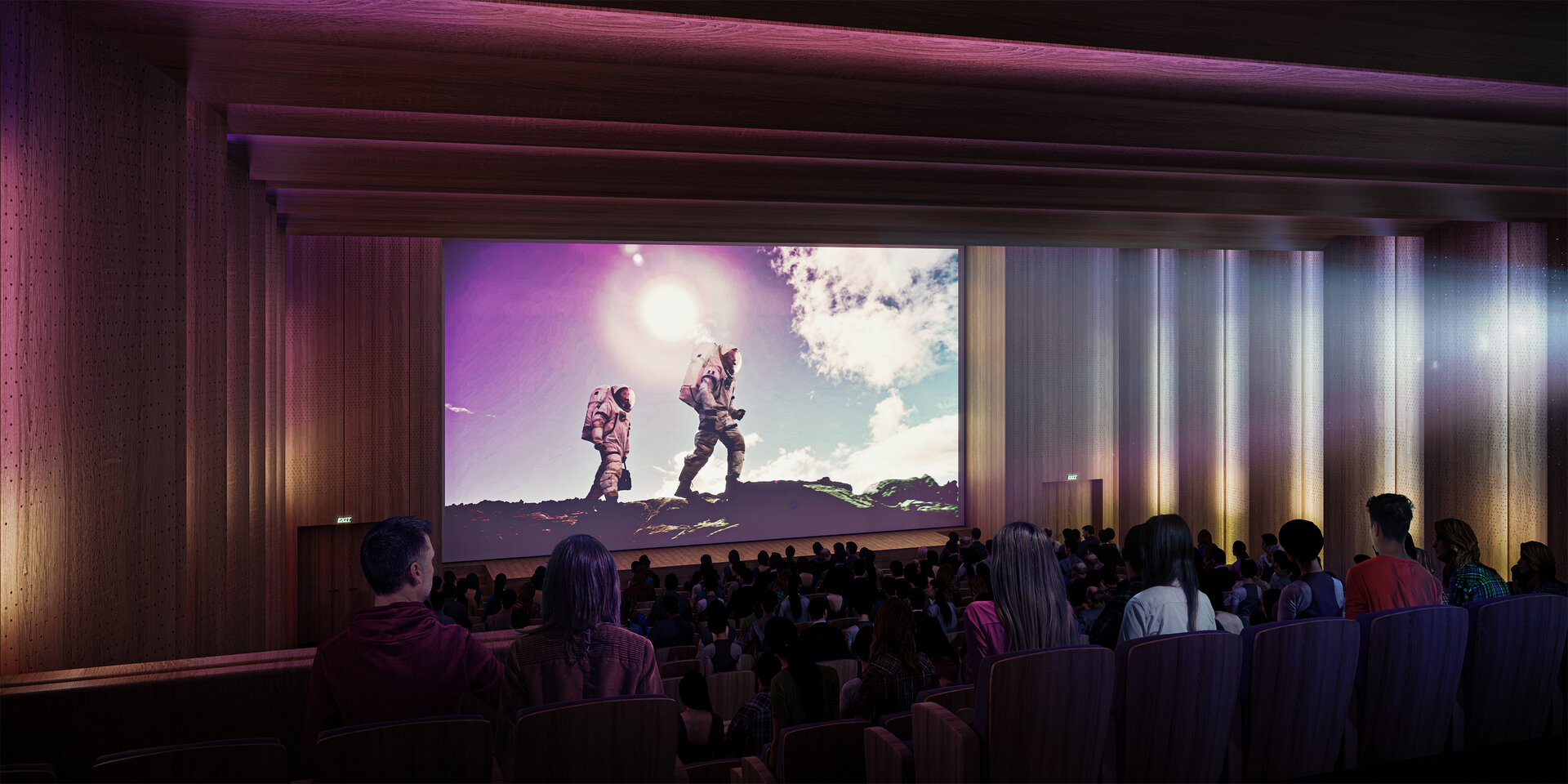 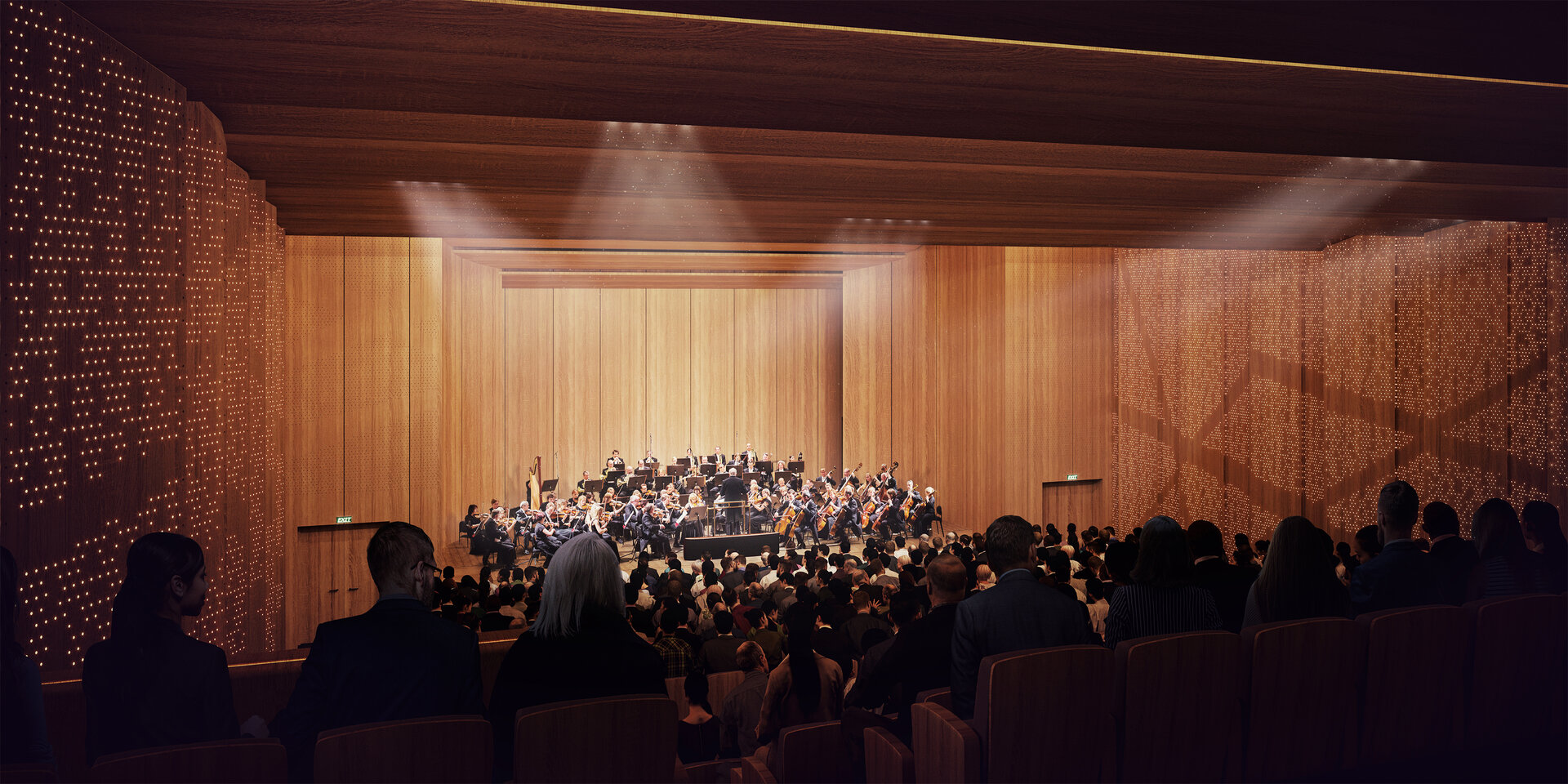 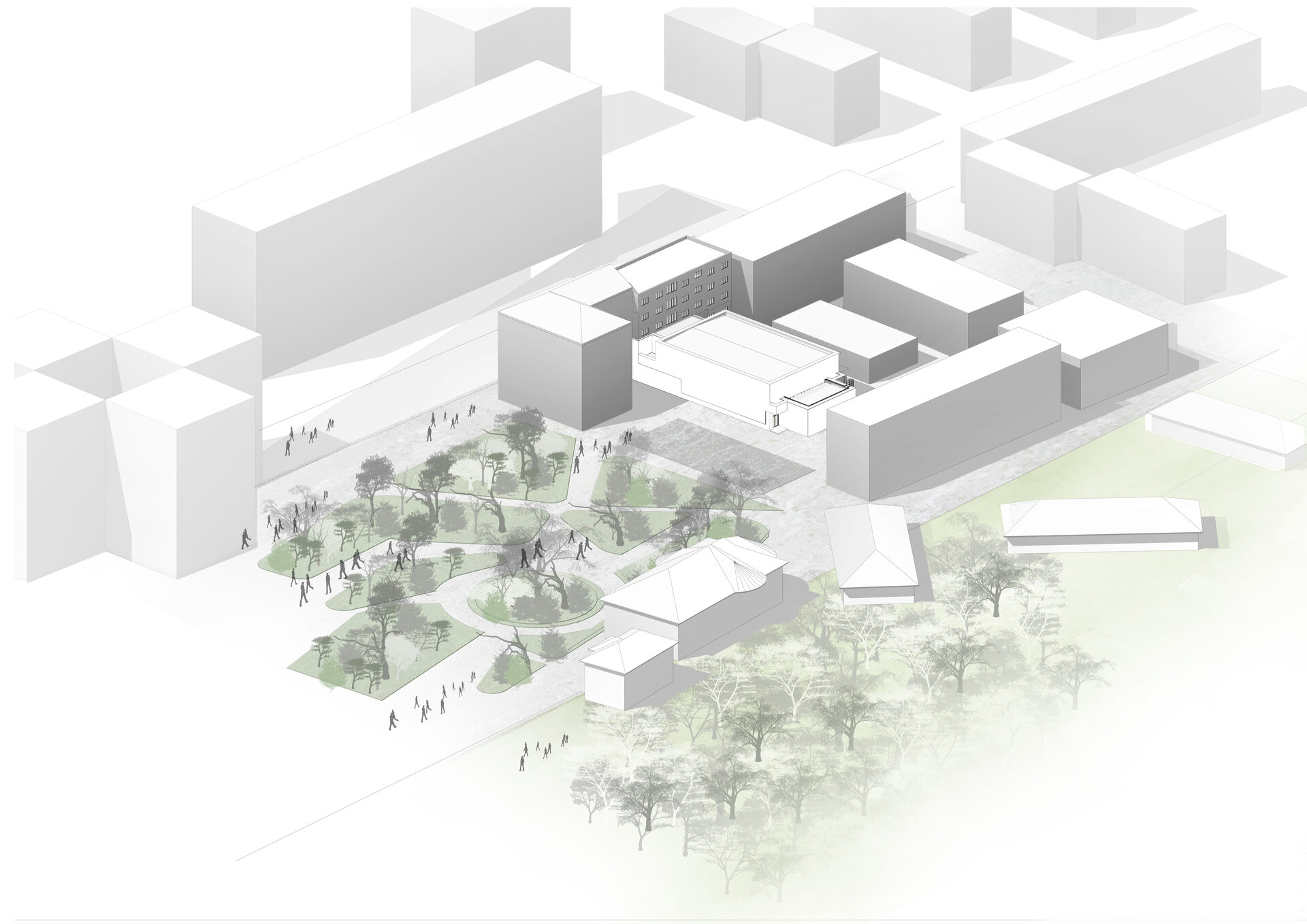 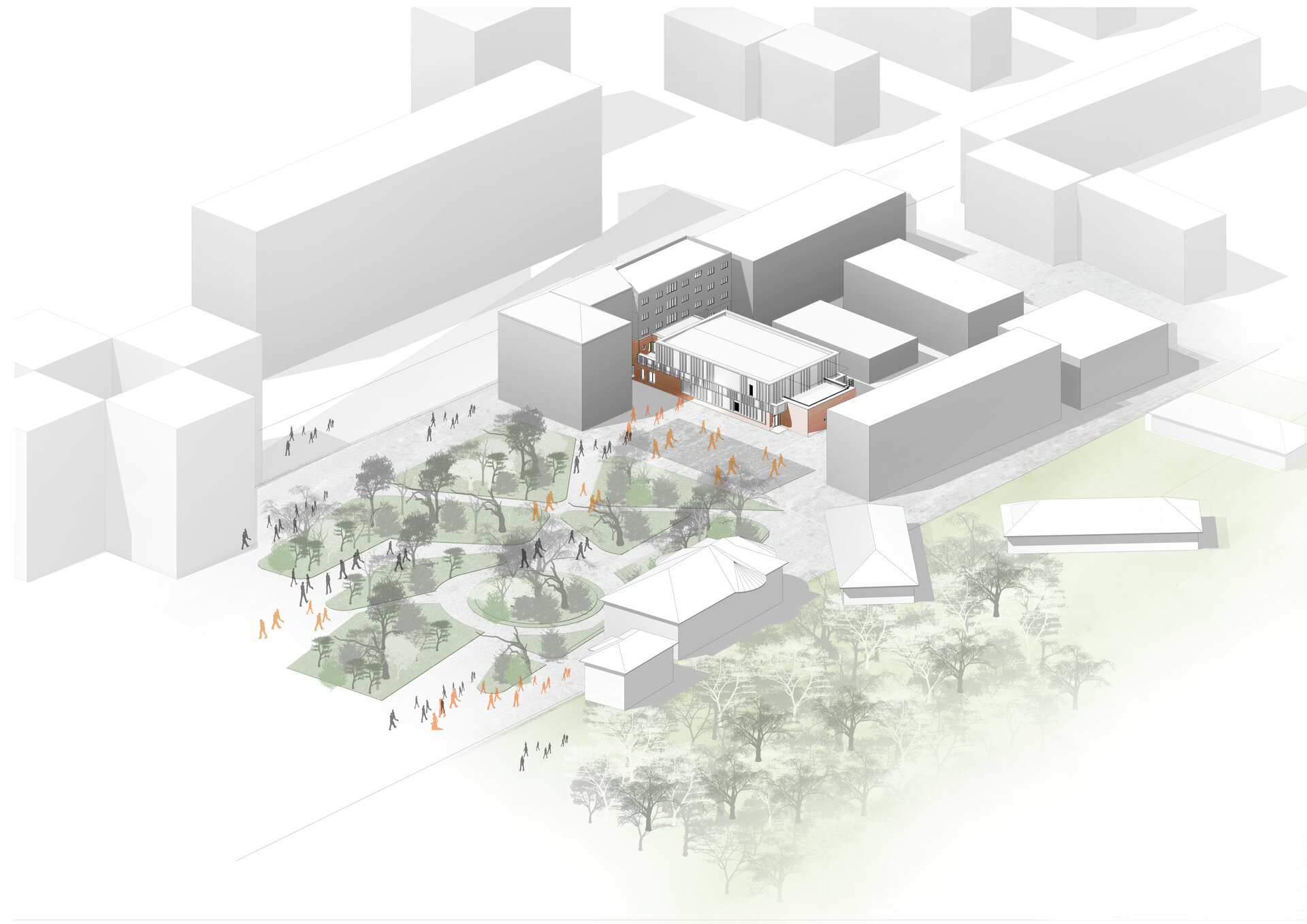 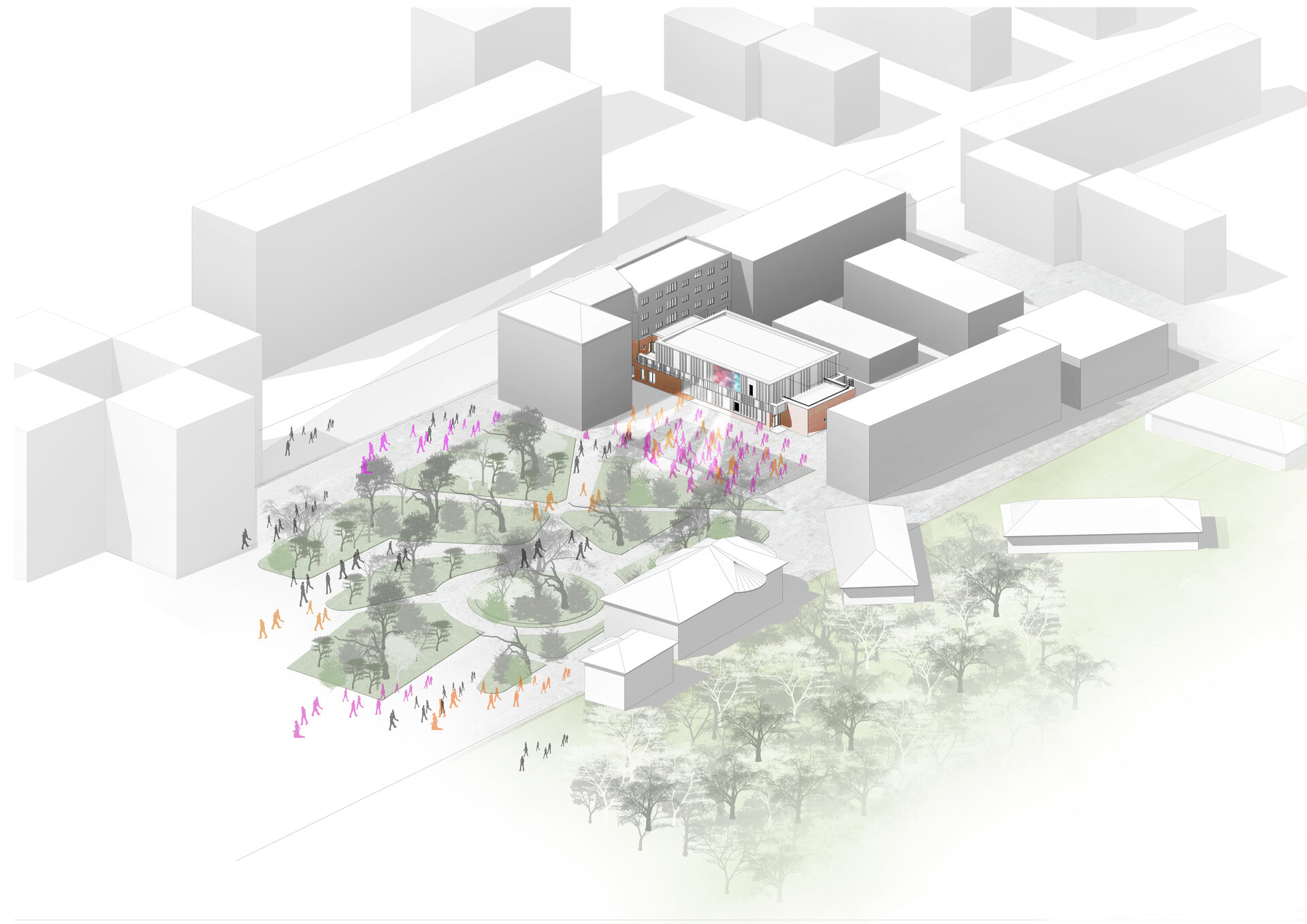 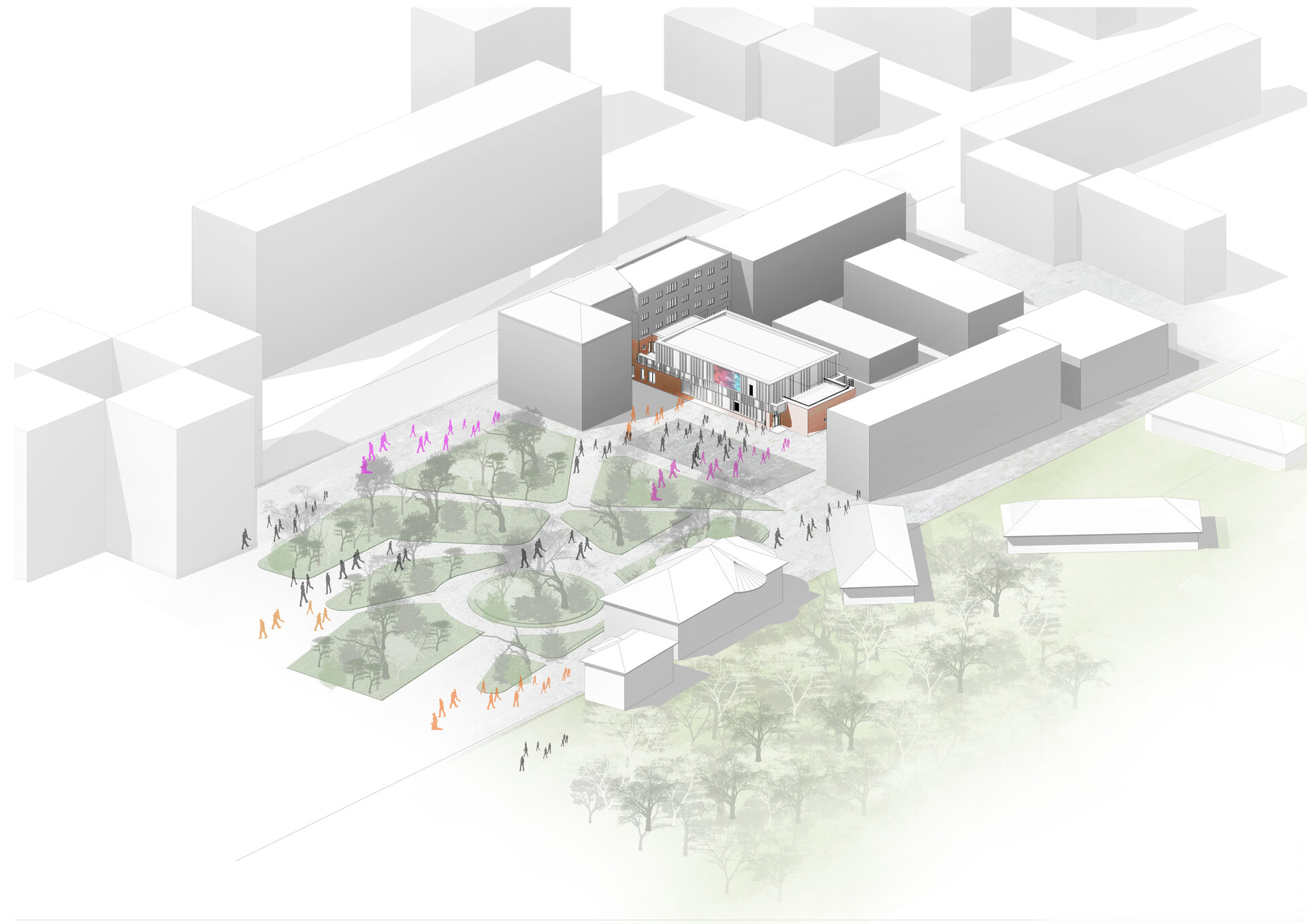 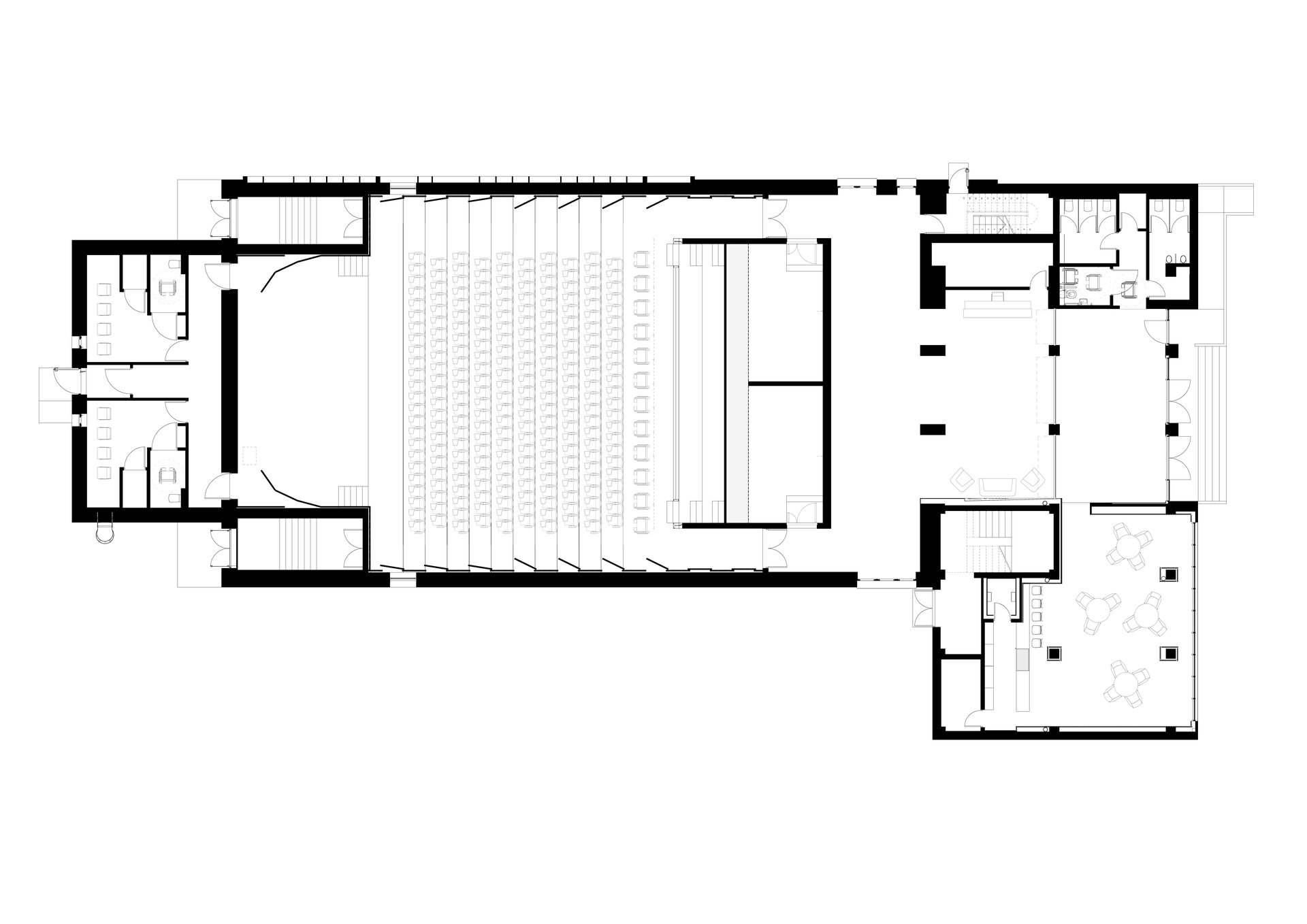 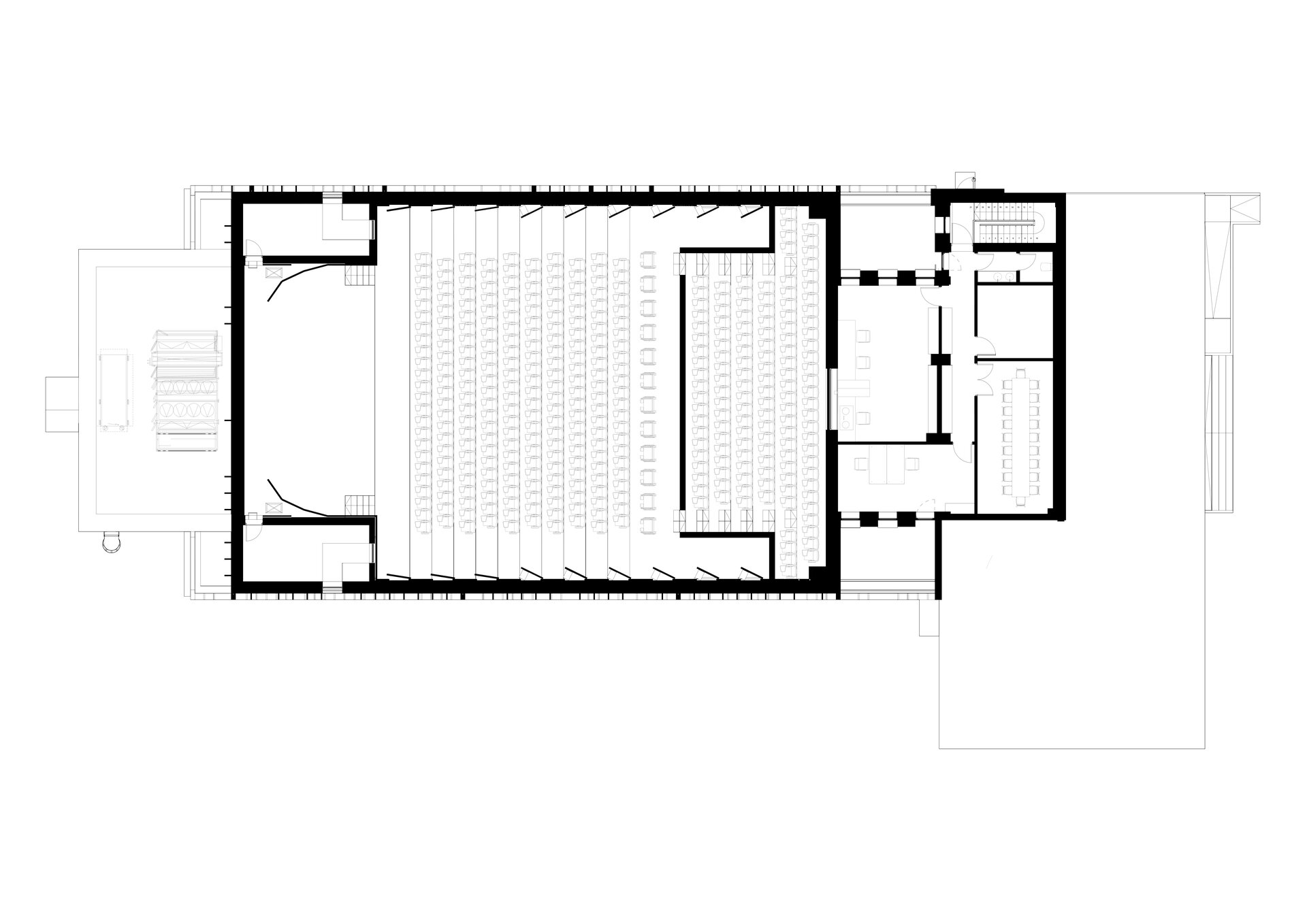 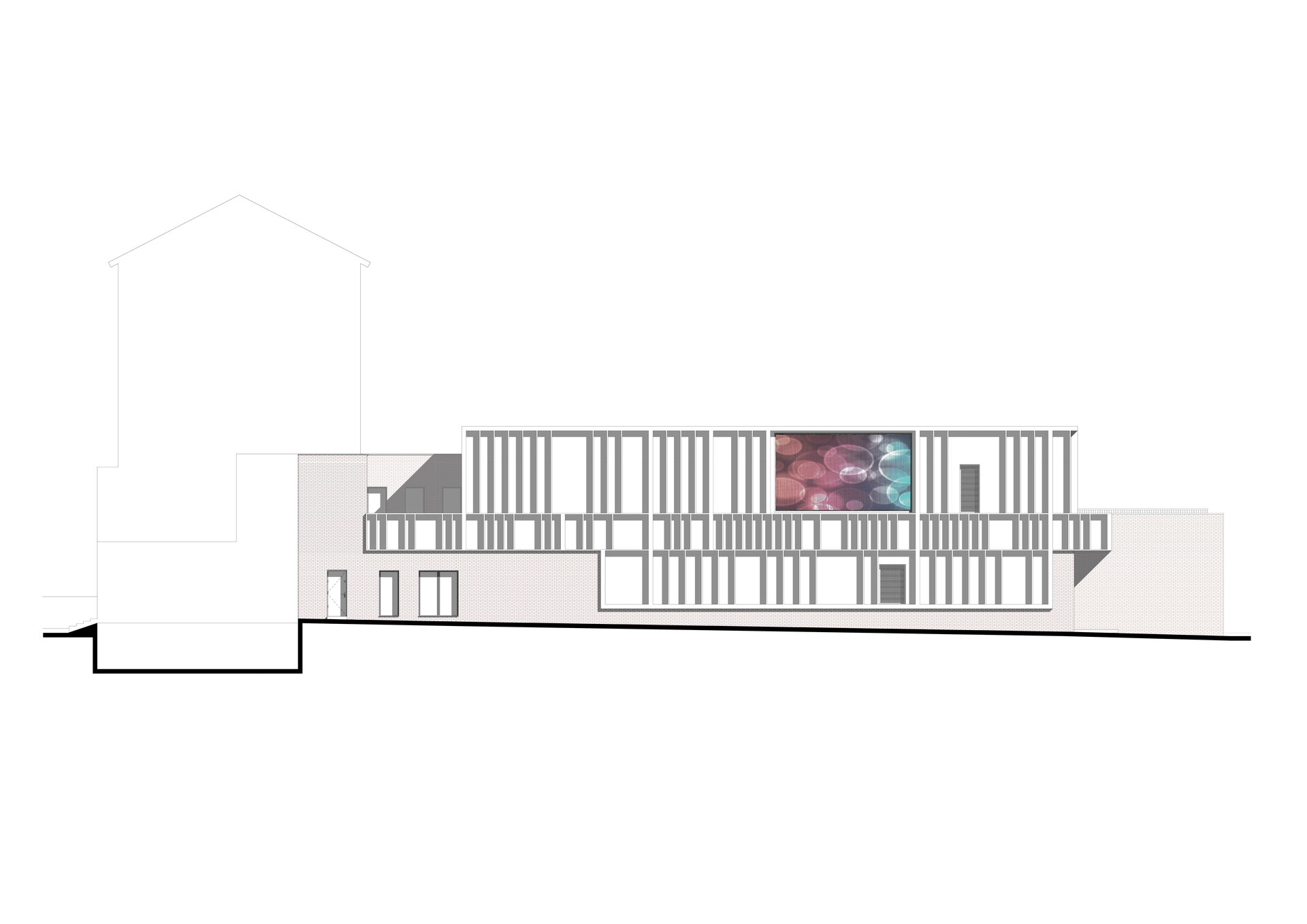 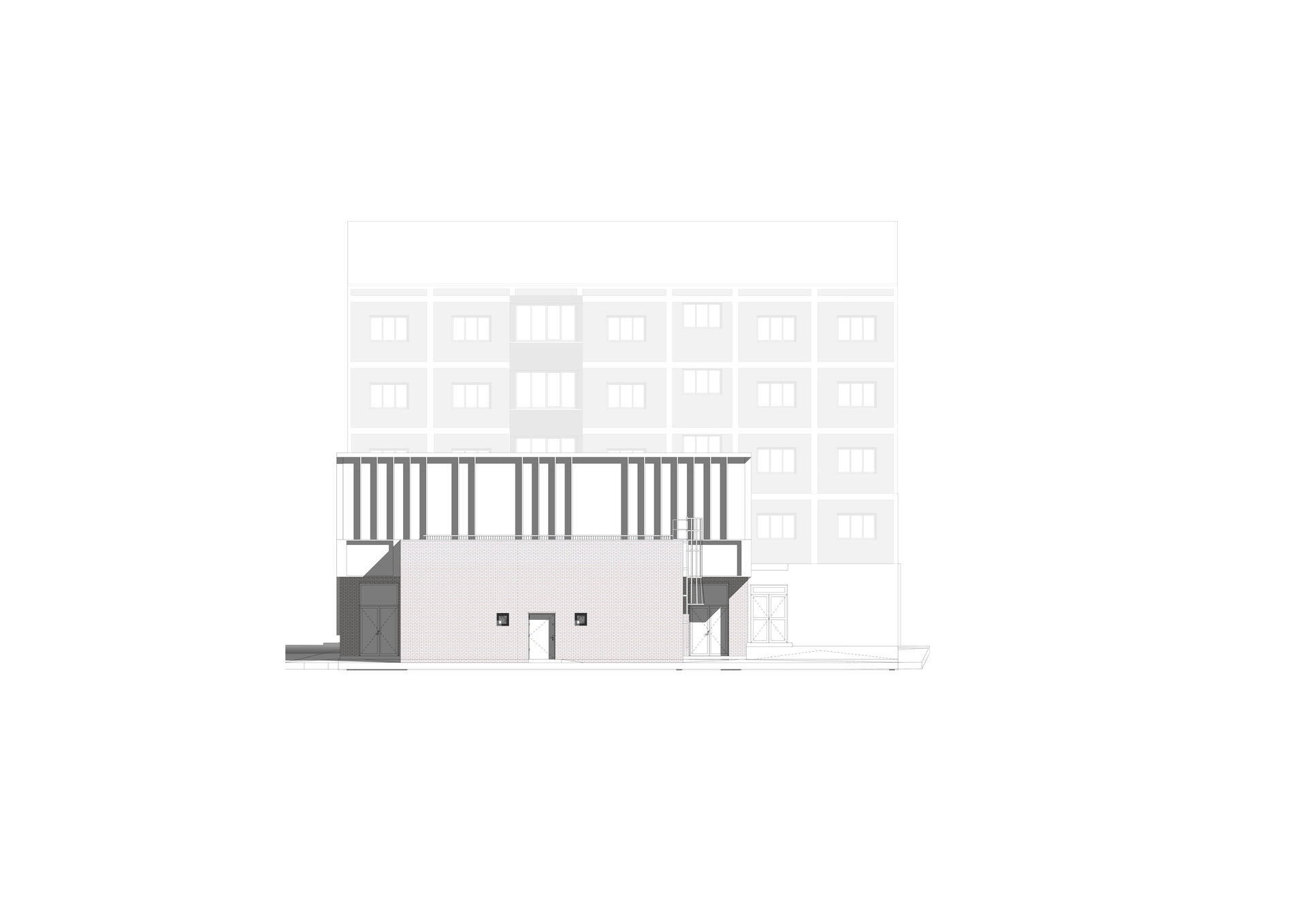 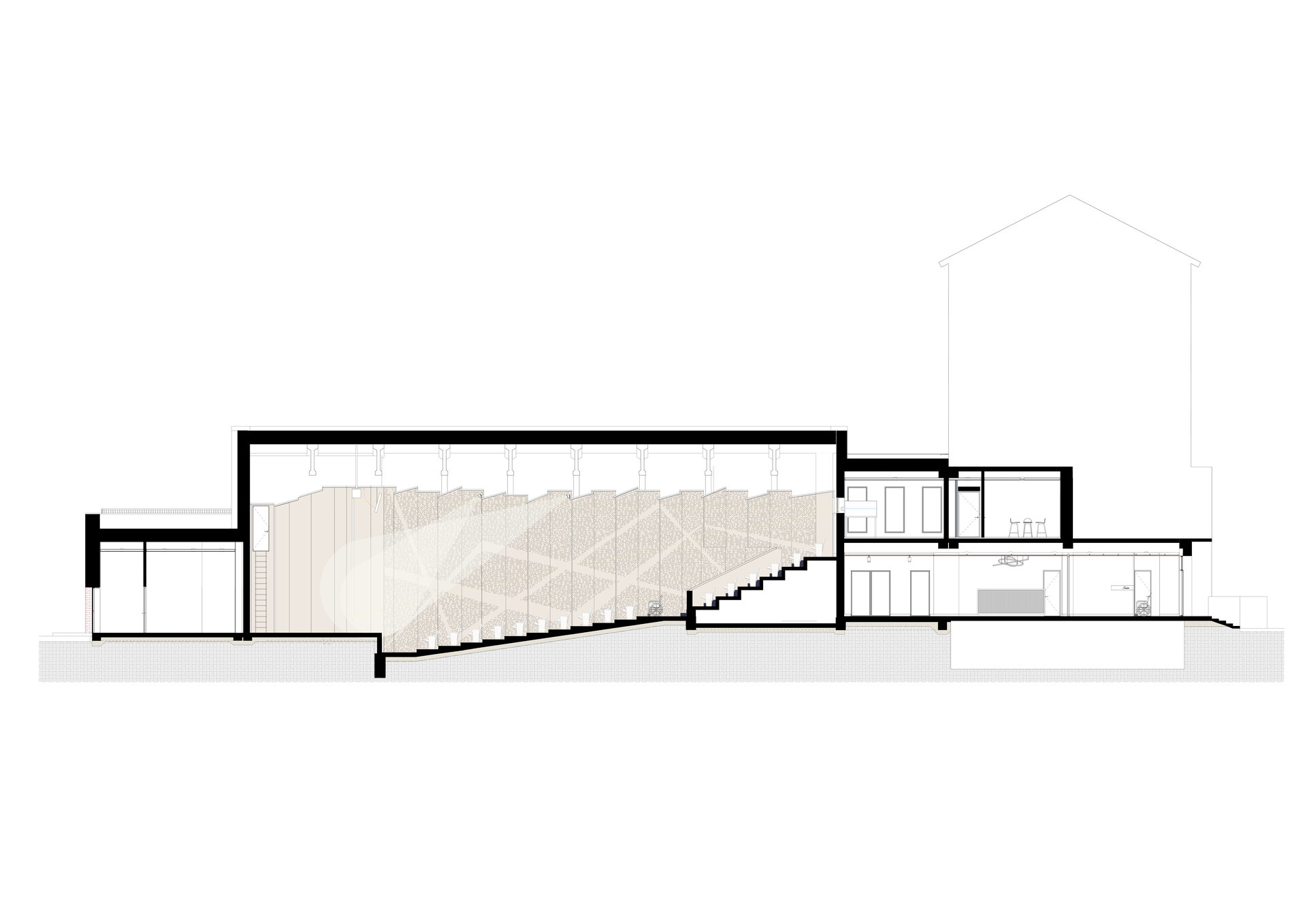 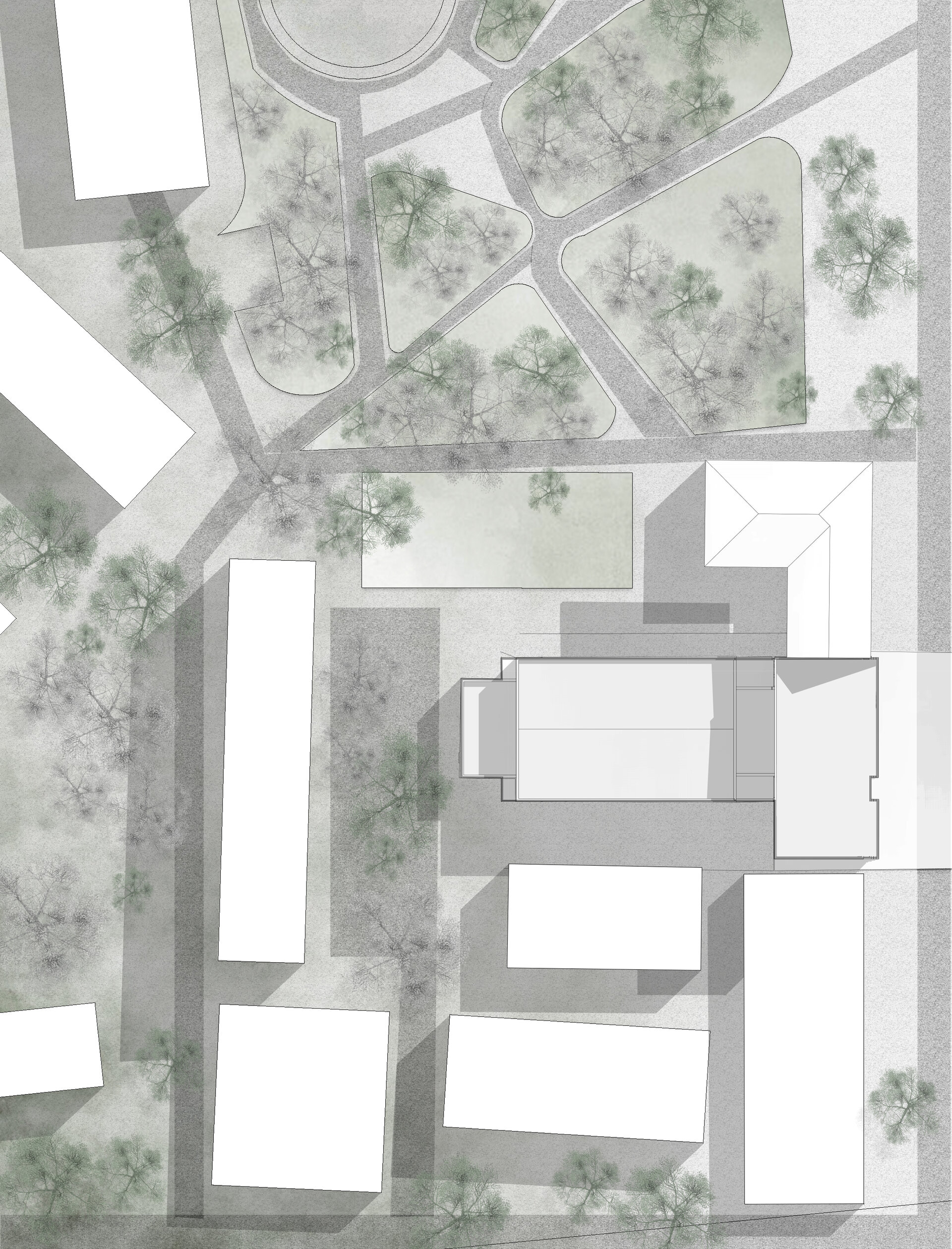