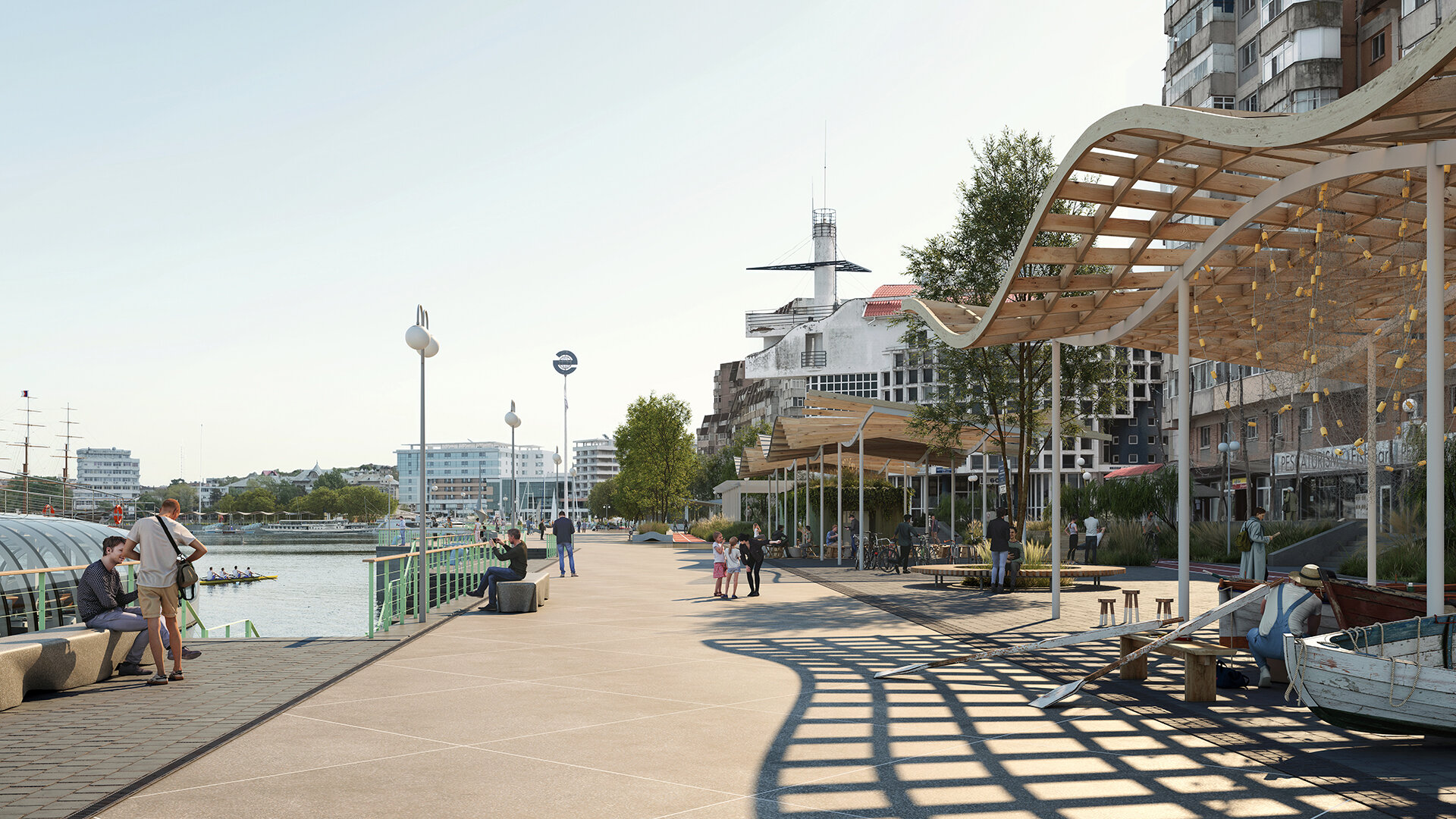 An integrated project for the redevelopment of the seafront, can turn this unique public space into the main engine for the rediscovery of local identity and urban development in Tulcea. Thus, Tulcea can become more than a logistic filter, on the way to the desired destination - the city can be more than “Gateway to the Danube Delta”, but a destination in itself, an attractive "multicultural stop on the way to the delta".
The new seafront of the city is organized in the form of three functional and flexible stripes, designed to act both as a structuring element for everyday use and as a platform for hosting the main events of public life in the city. Thus, the three functional lanes are: Promenade, Activity Tape and Microclimatic Filter.
The promenade is actually a generous pedestrian space, located on the bank of the Danube. The public space is freed from construction and residual arrangements, accumulated in the last decades of poor administration. Instead, it receives a new floor, made of granite slabs, natural stone, local and minimal urban furniture. A suite of squares, located in the vicinity of the representative buildings, marks the route of the promenade and ensures the direct connection of the seafront with the city.
The activity strip works as a central platform, developed along the cliff, marked by the presence of a set of modular elements, made of local materials, easy and cheap to build, but especially, adaptable over time, according to the specific needs. The covering system of these modular, wavy elements that bare a strong iconic character, offer a unitary rhythm in the navigation of the Promenade and functions as a visual binder for a heterogeneous existing built environment.
The microclimatic filter negotiates the interstitial space between the Promenade and the city. It is a longitudinally developed program, dominated by a carefully curated vegetal palette, which serves both as a filter in relation to the city, but also as a regulatory element for the local microclimate.
Complementary to the employed flora, the concept of landscape also includes a cultural identity component, one that aims to highlight the most important local landmarks, but also the articulation of an urban narrative; of a story that speaks to both Tulcea residents and visitors, about the specifics and local traditions. Thus, the concept of arrangement proposes the introduction of 4 elements of urban art, new local landmarks, which articulate the identity of the city: the gazebo, the obelisk, the masts and the anchors.
Inclusive design elements, inserted from the concept phase, ensure a substantial reduction in the costs allocated to accessibility to public space and ensure the premises for creating a built environment easy to use and understand by a wide variety of people, regardless of age, skills, nationality, culture, etc. 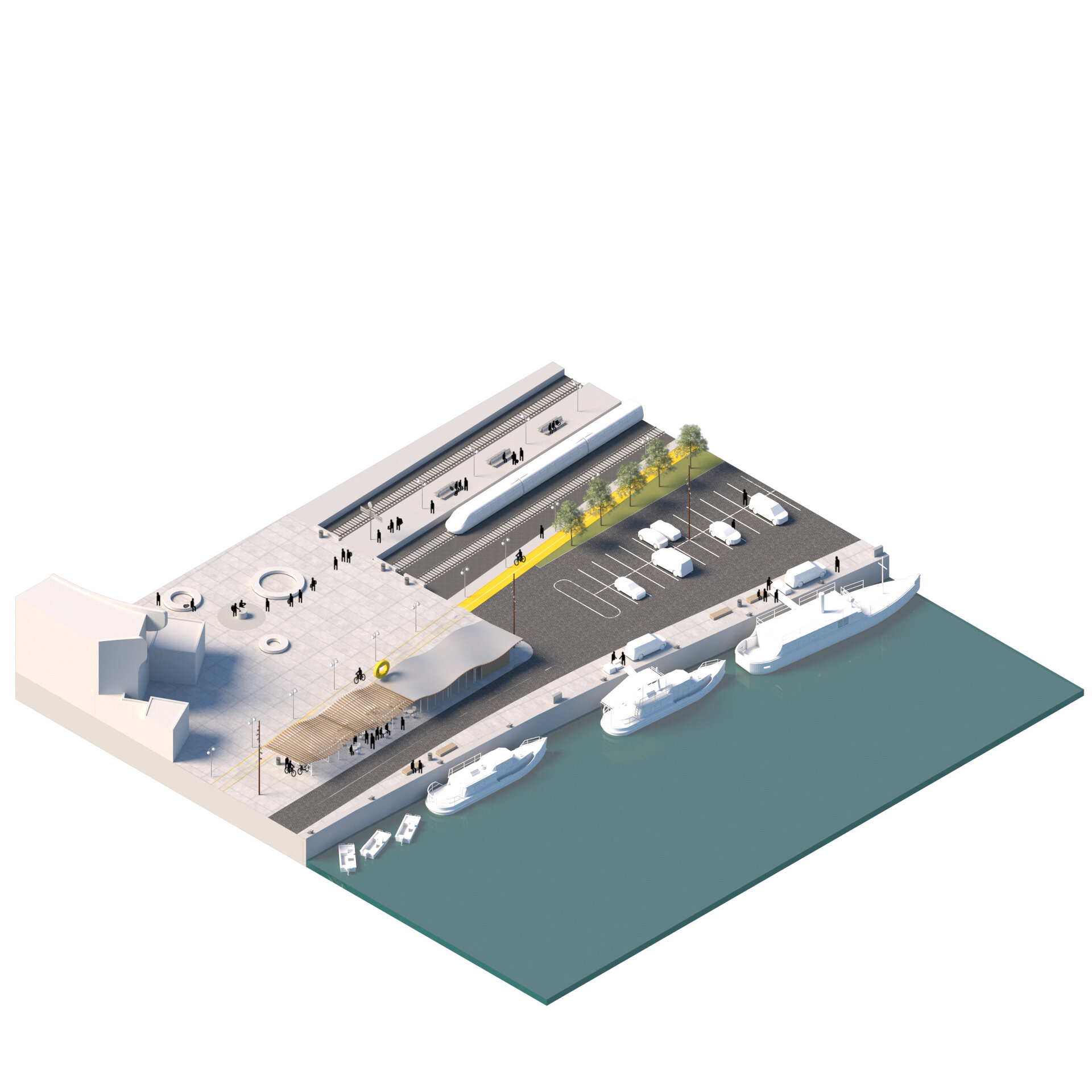 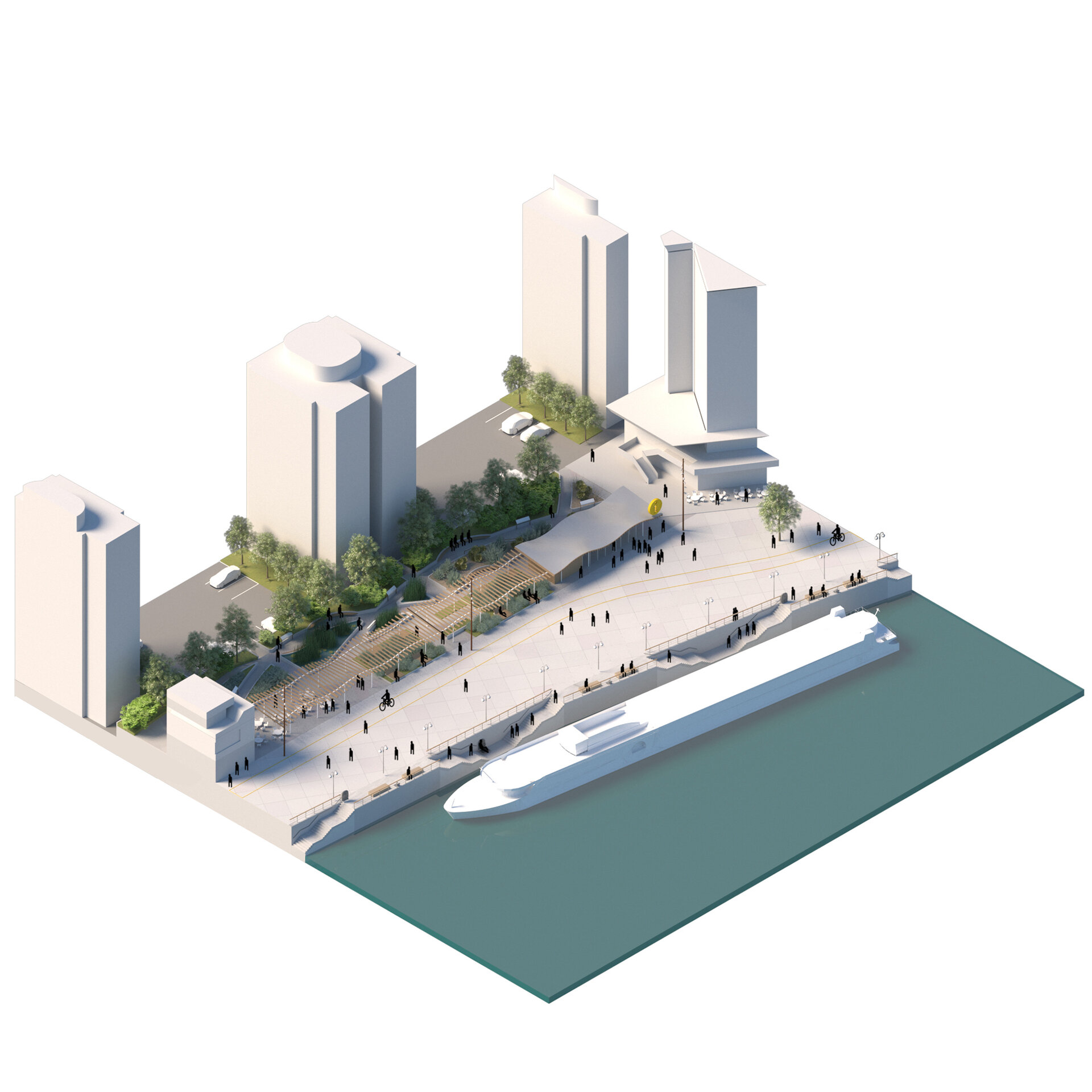 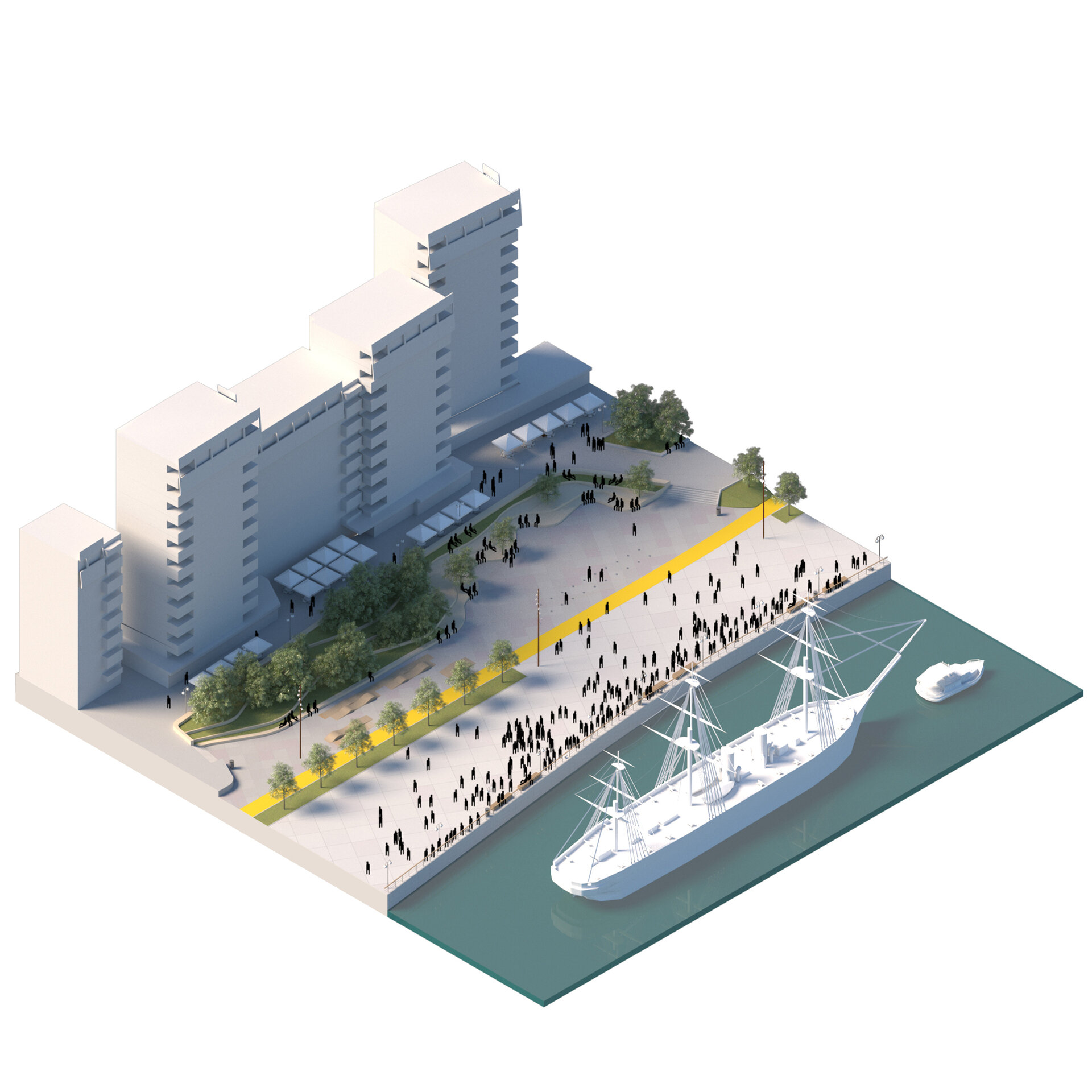 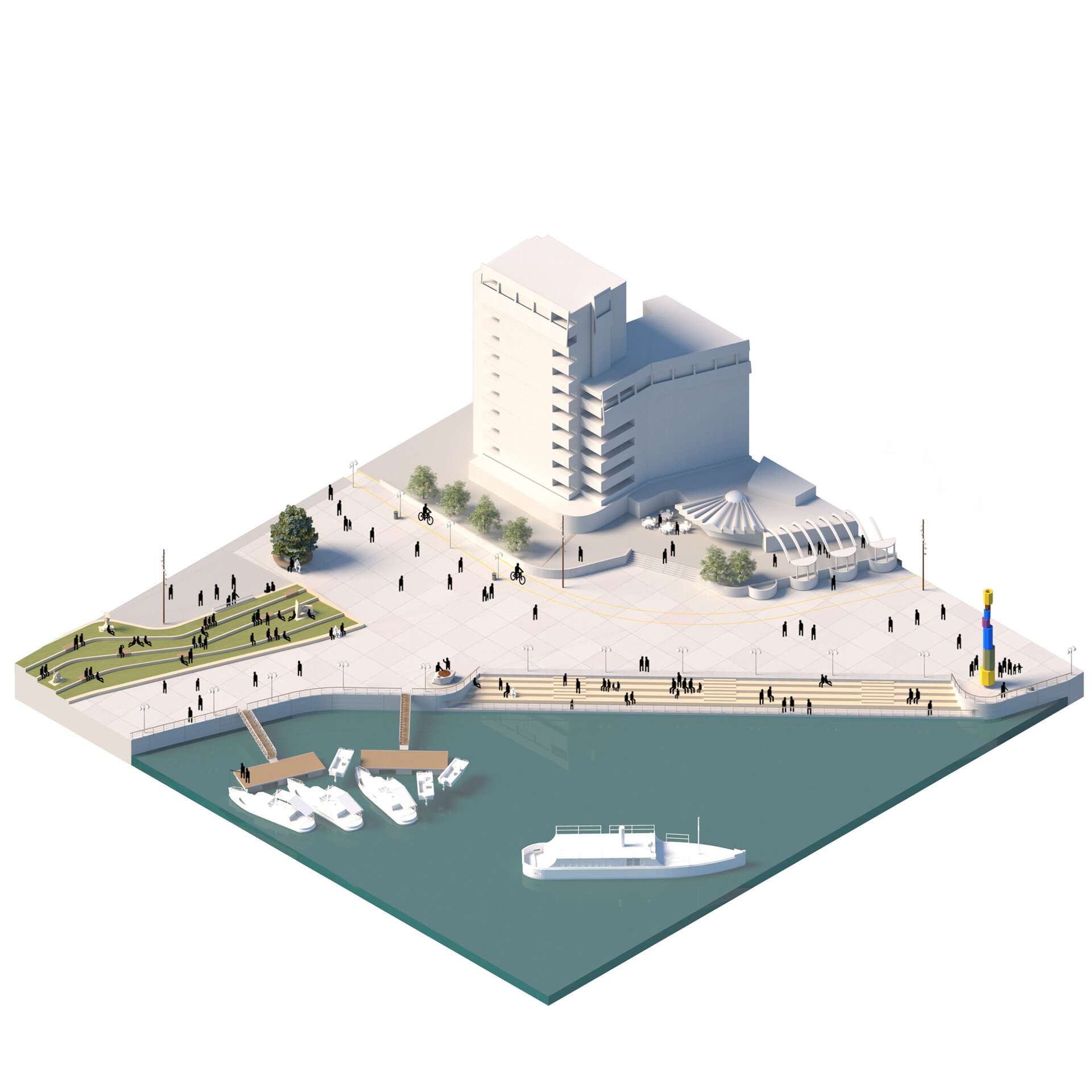 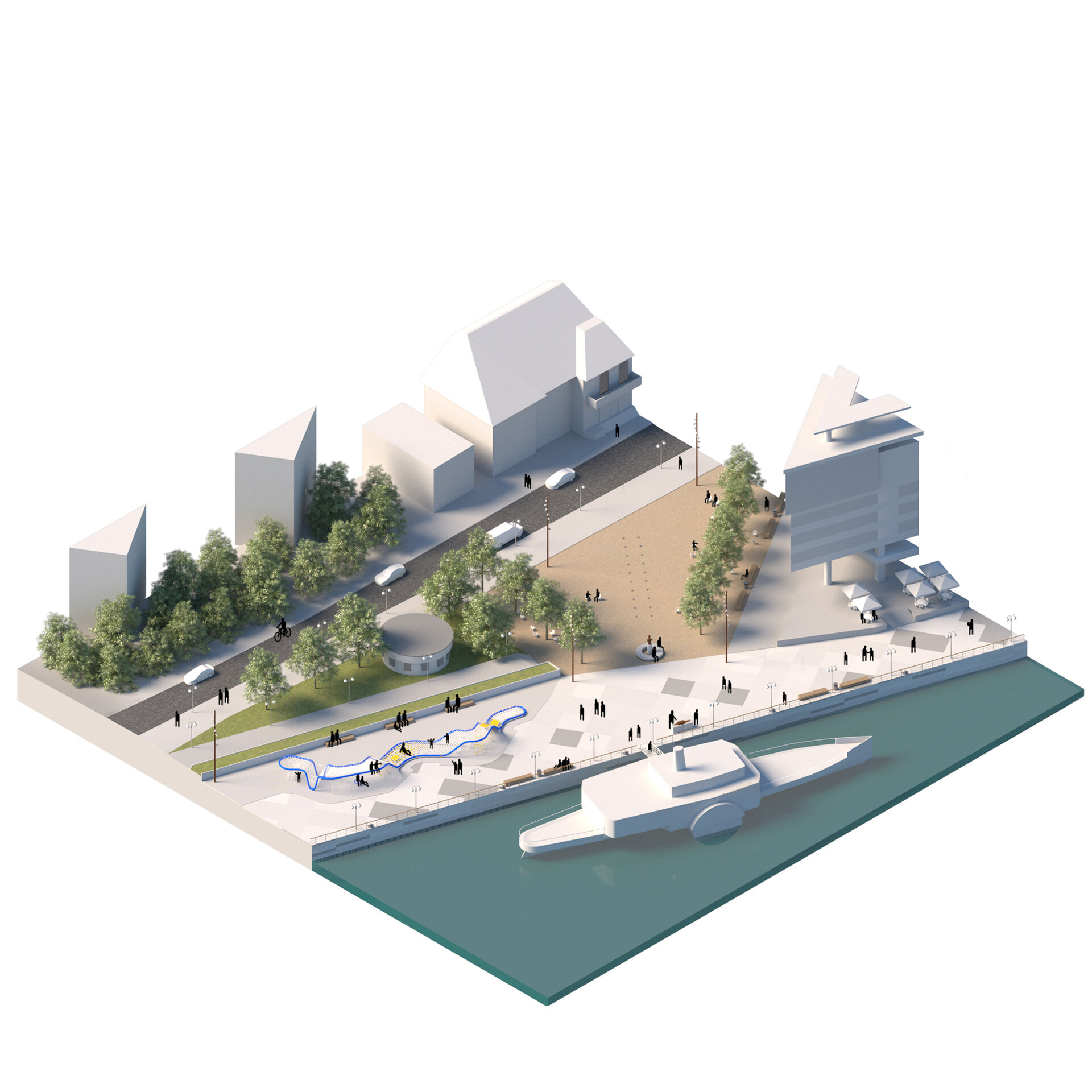 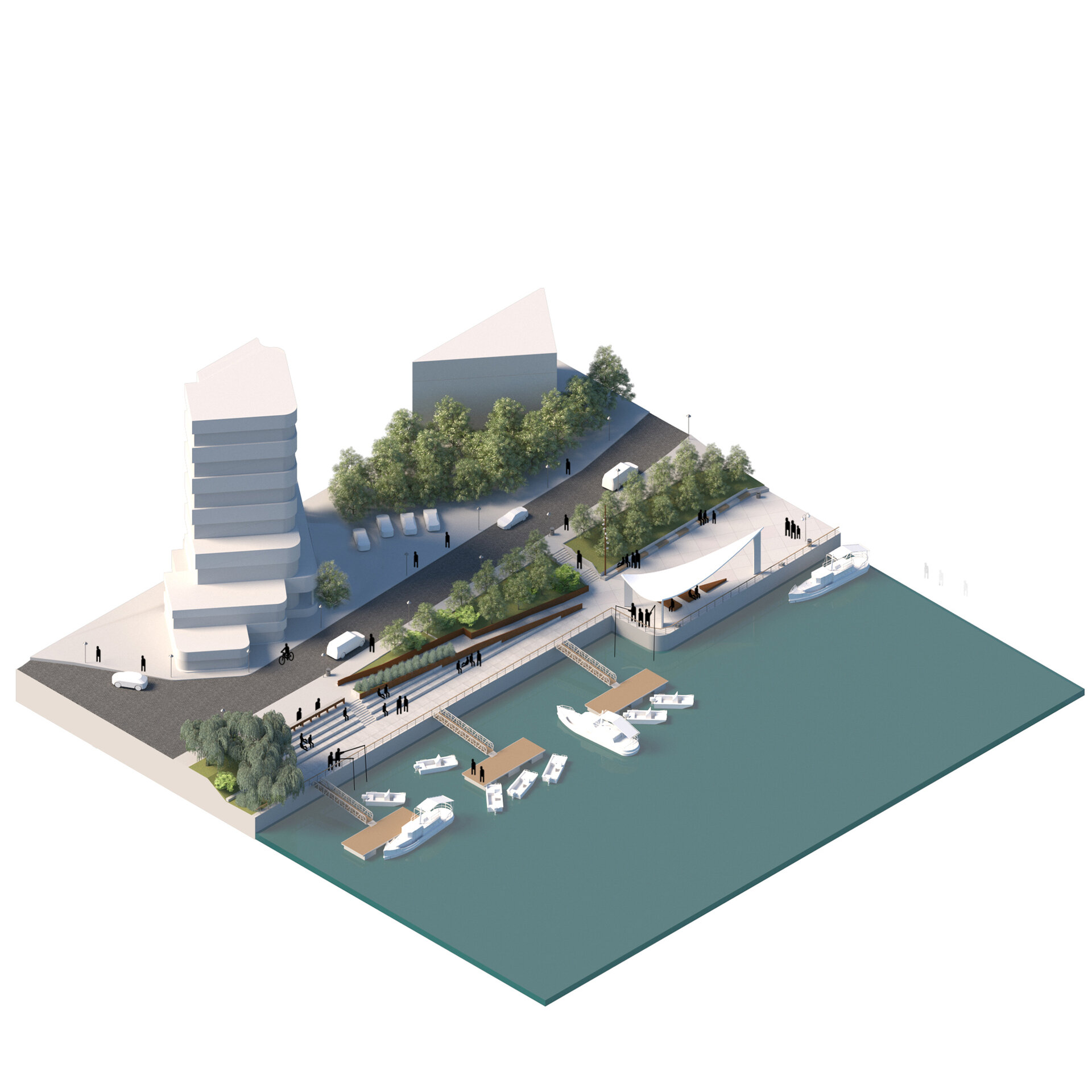 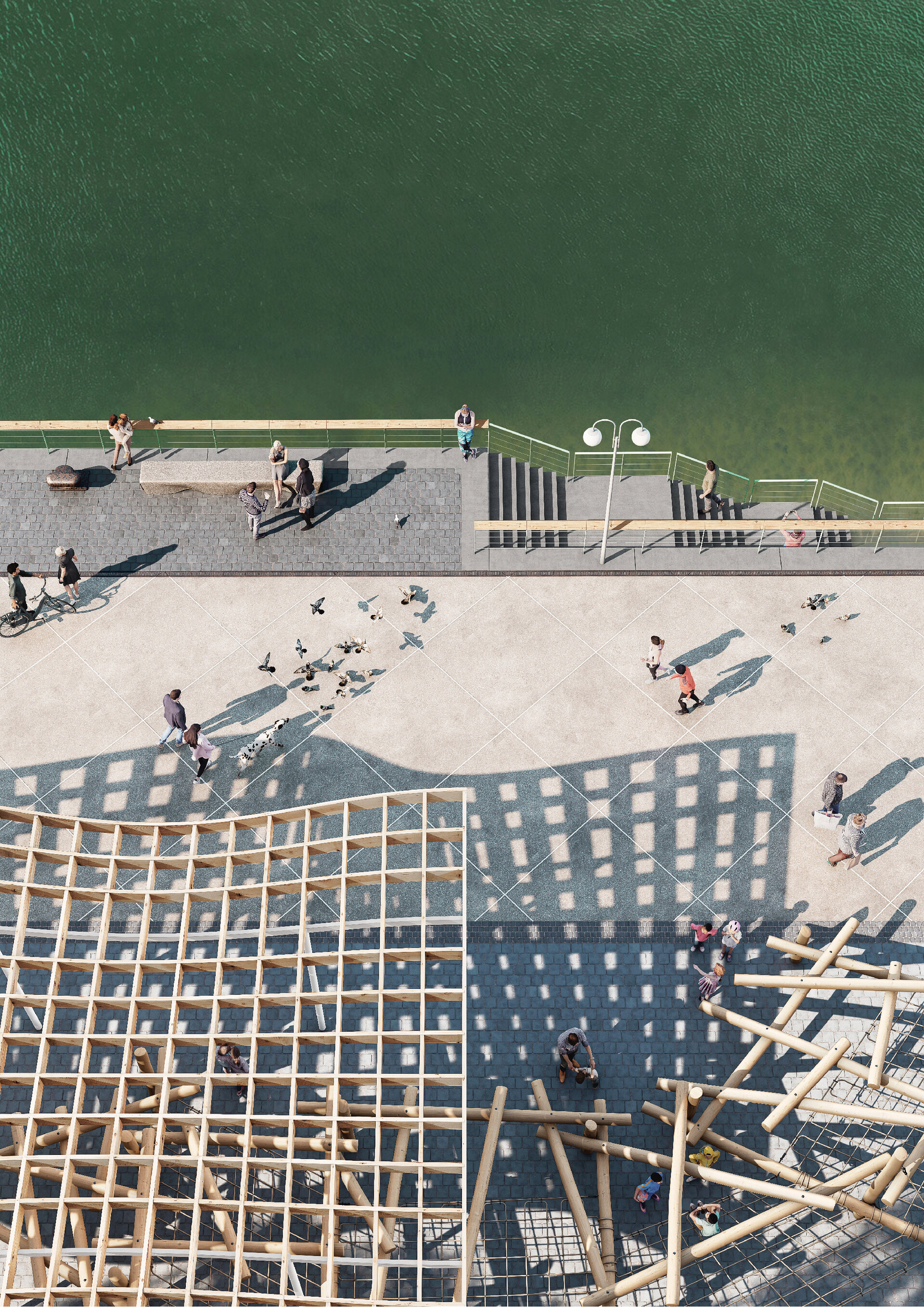 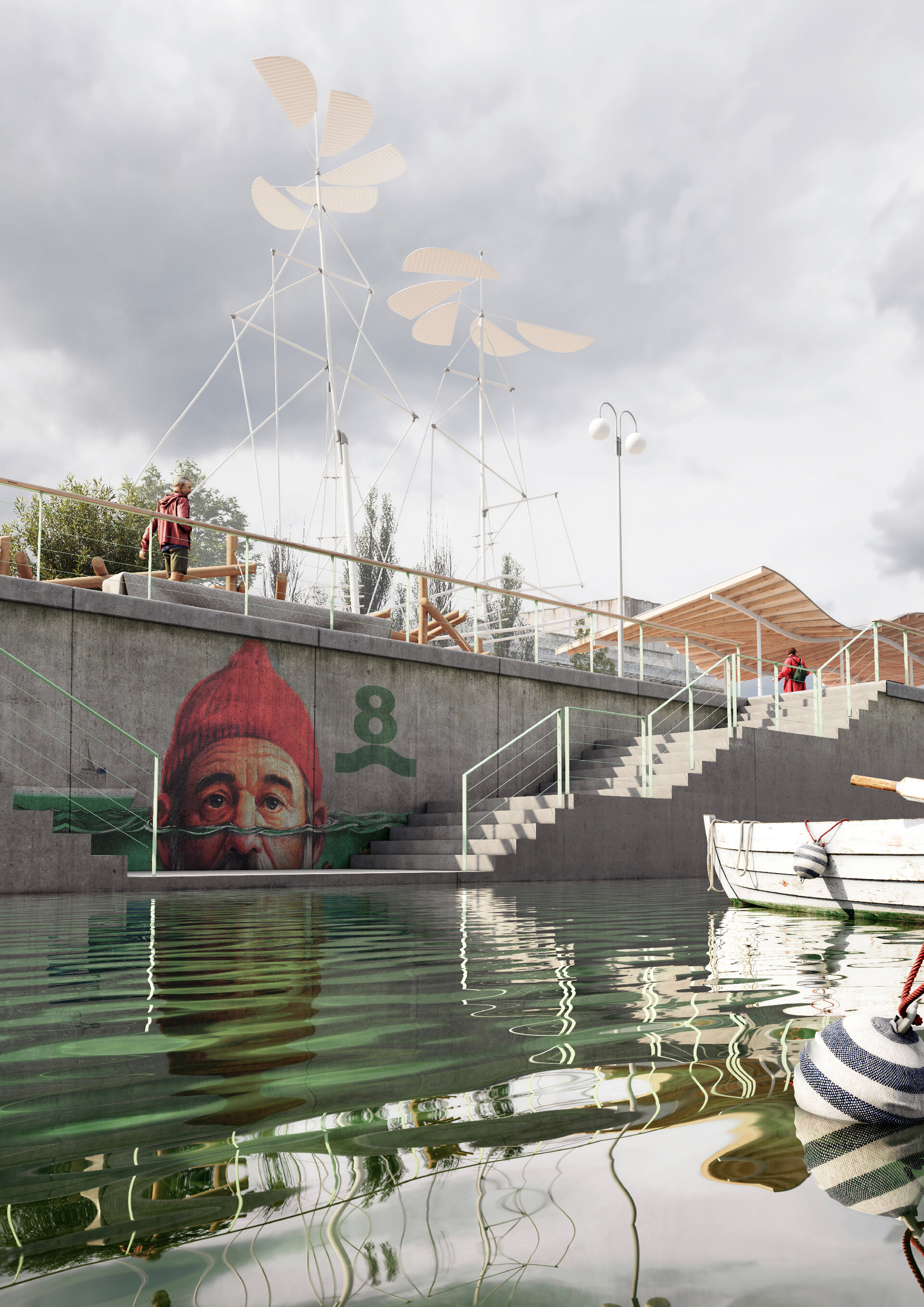 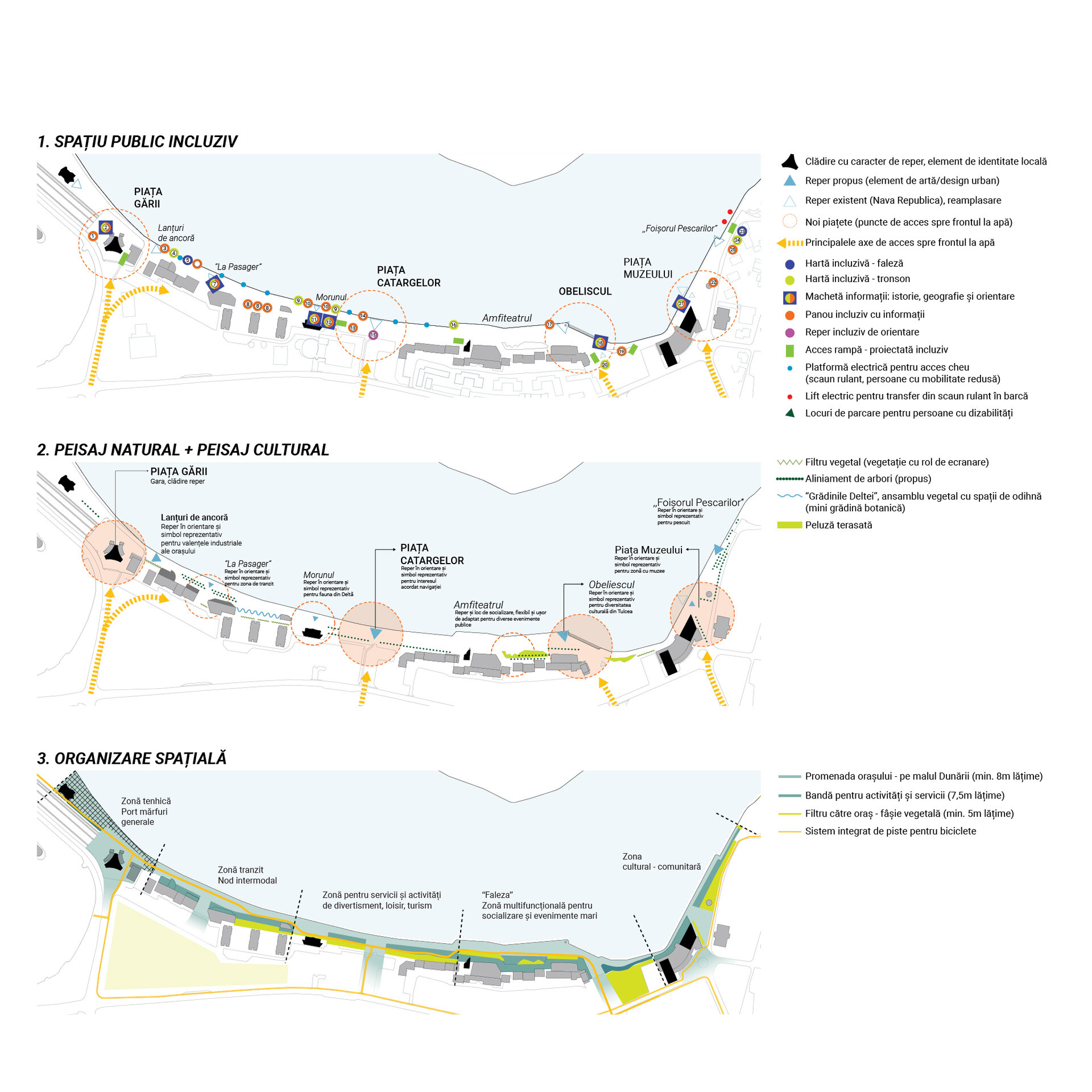 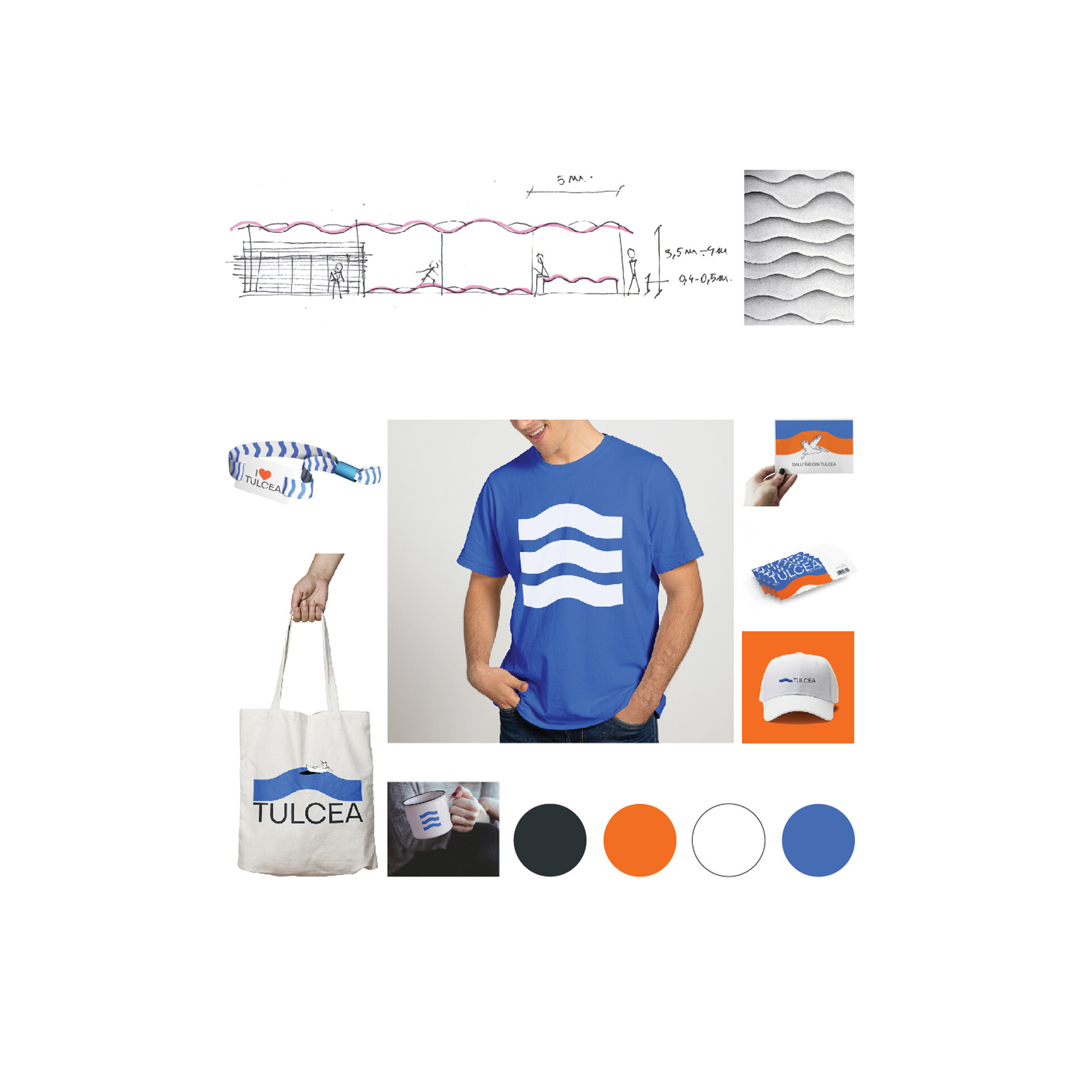 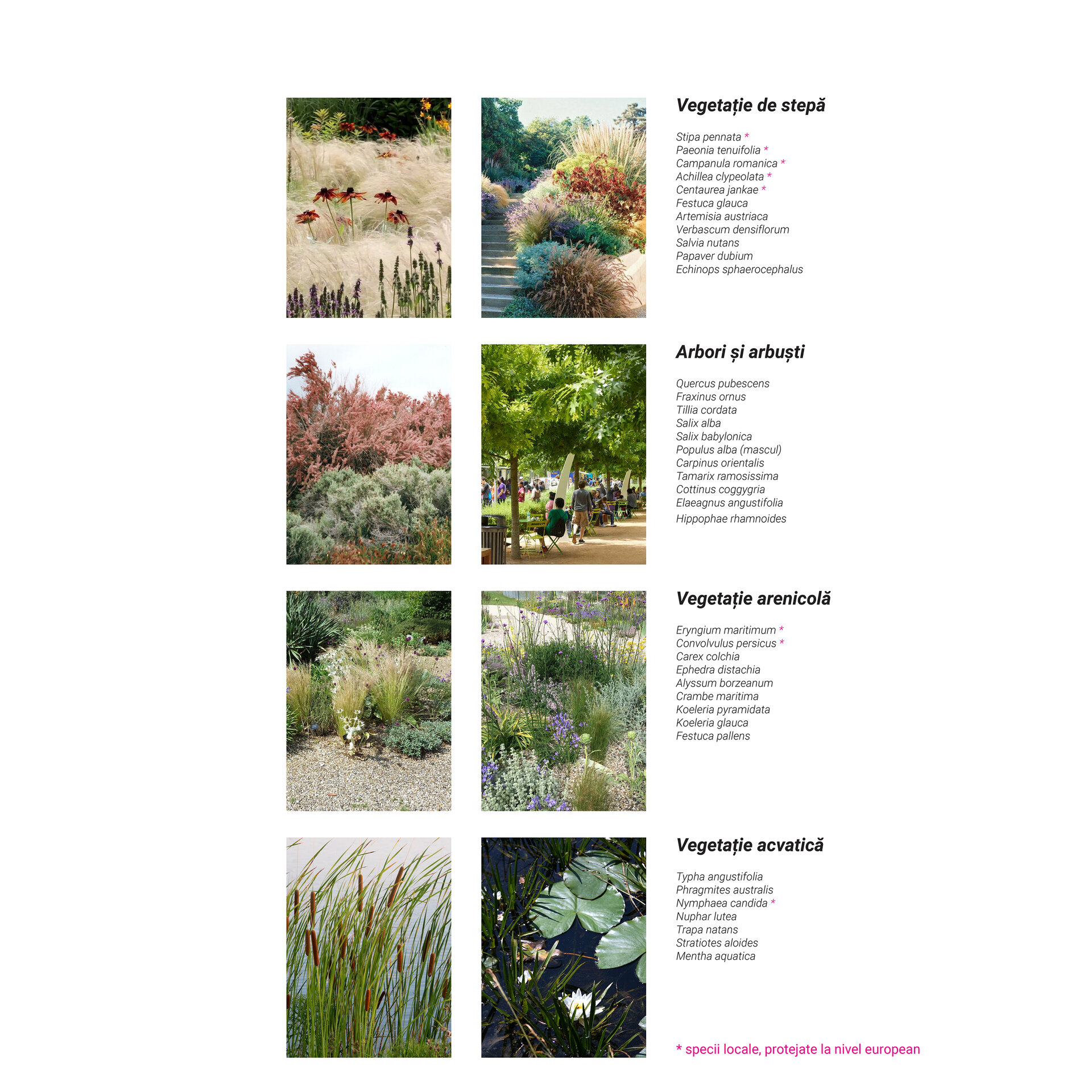 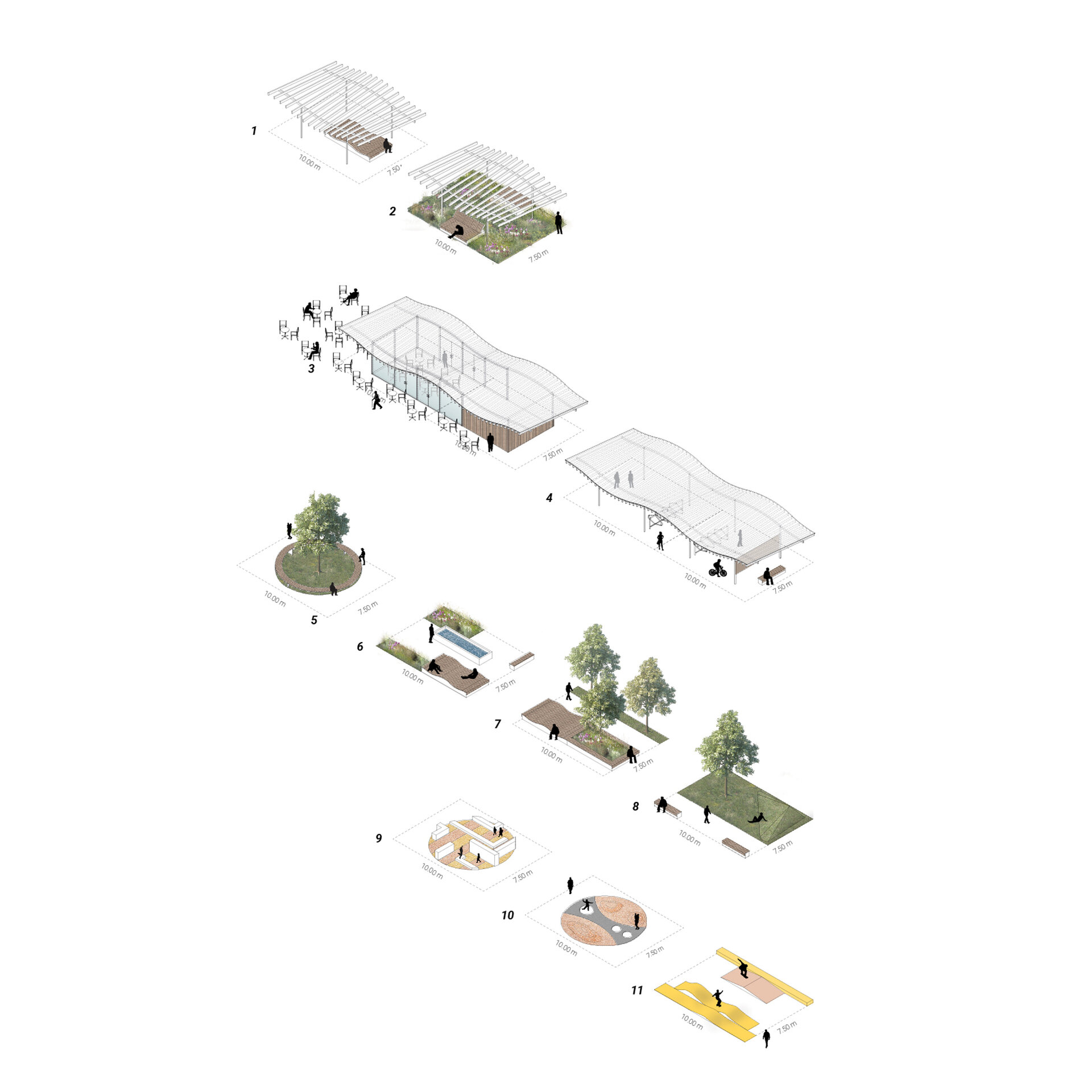 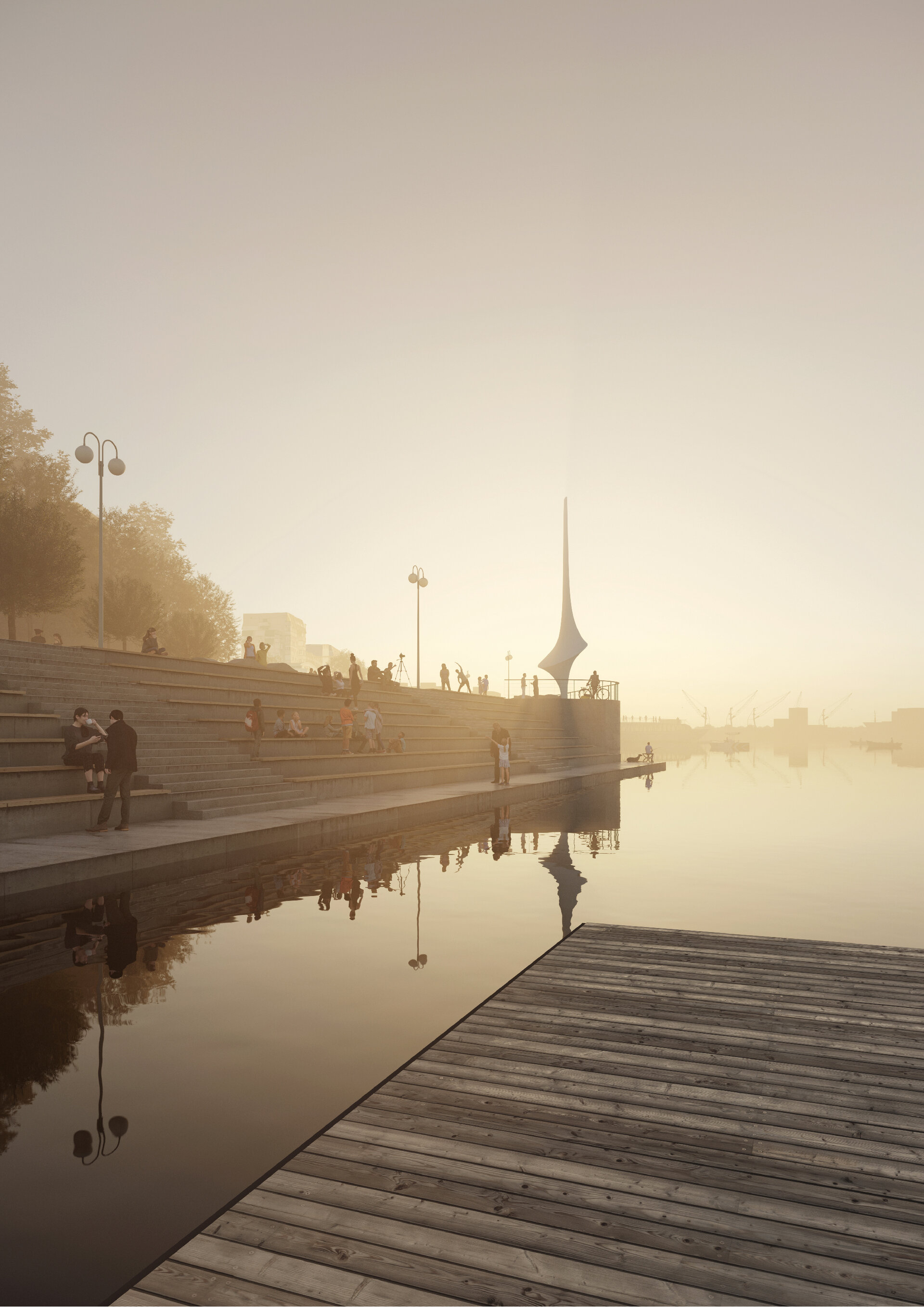