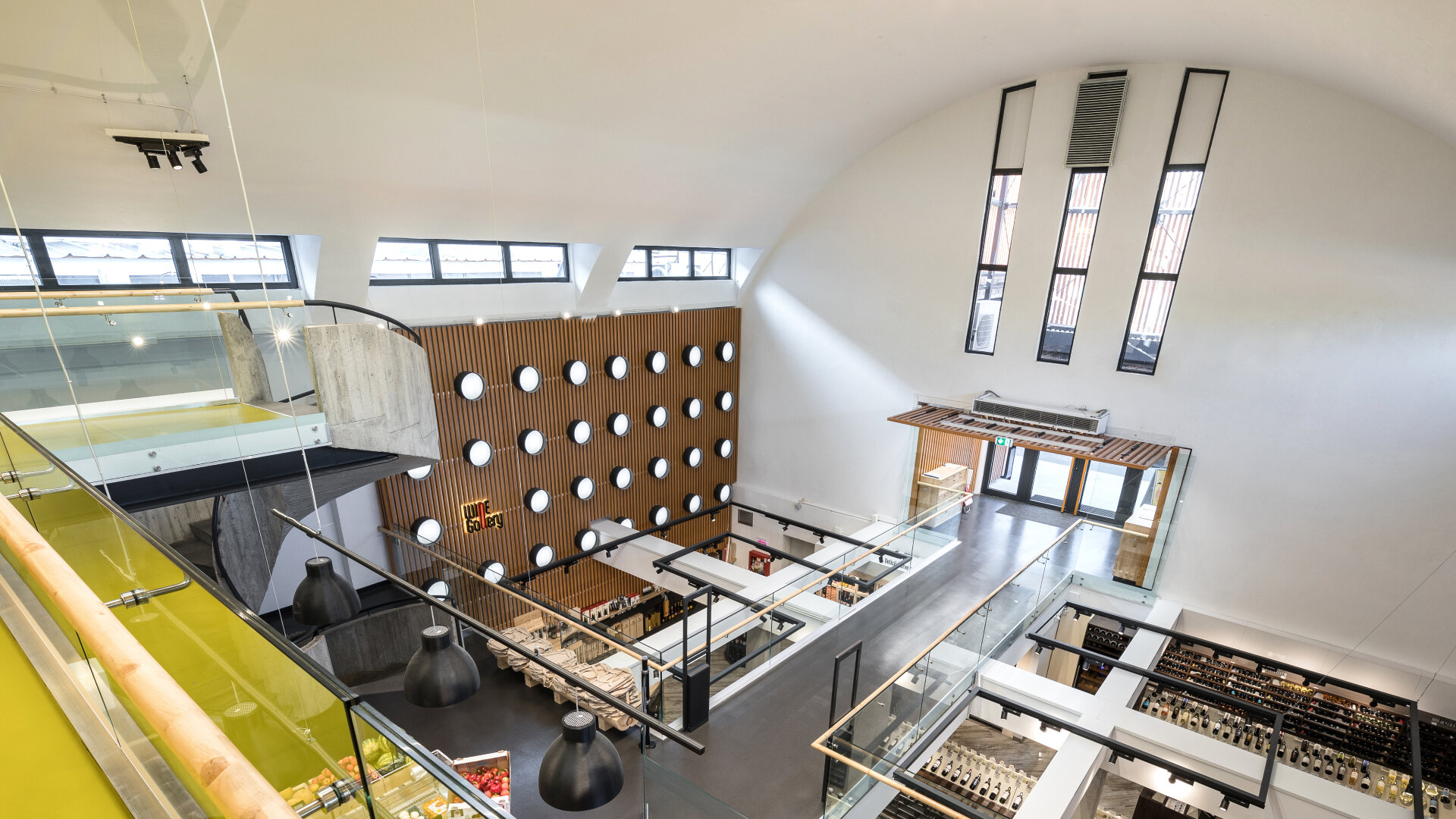 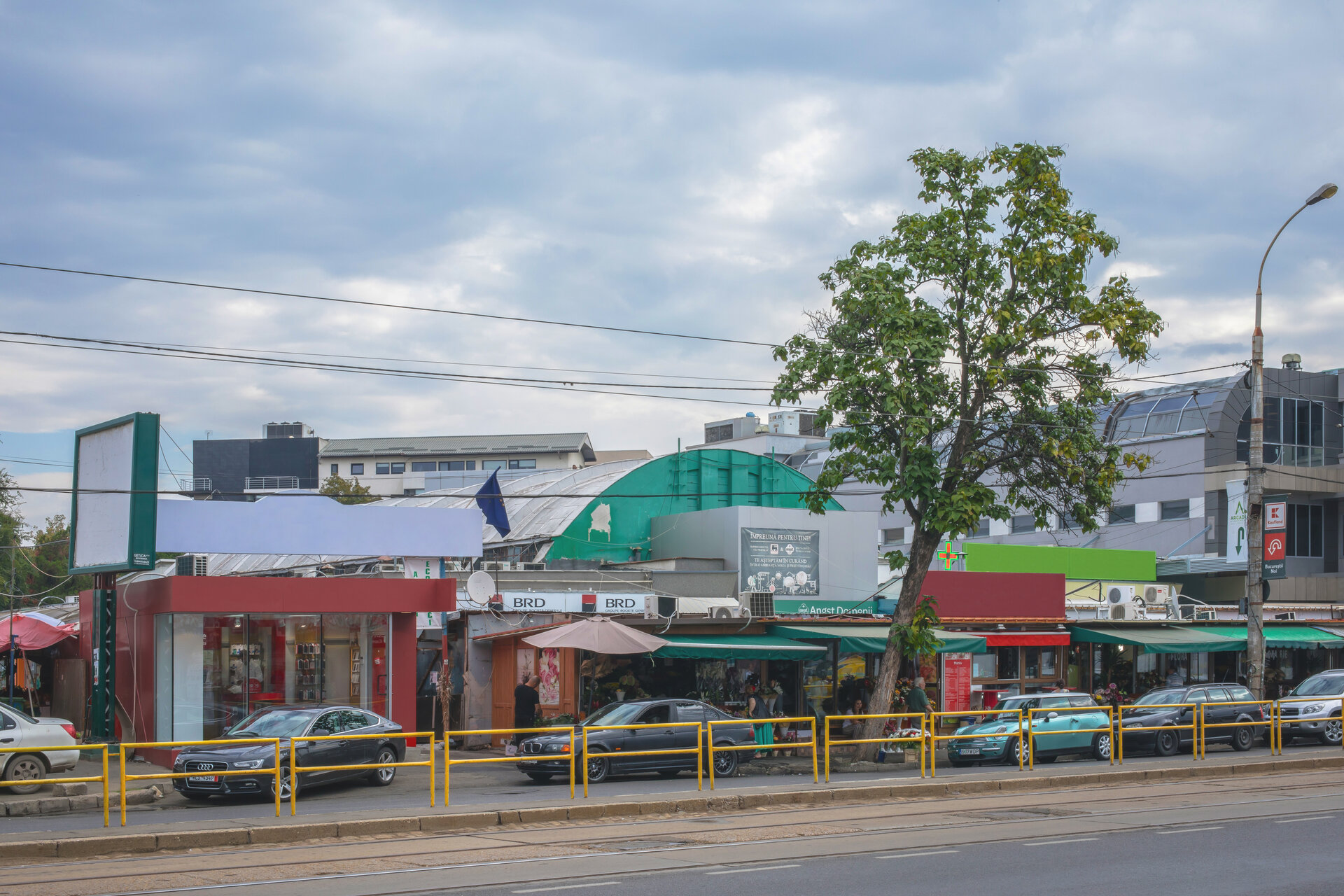 Domenii Concept Store
Surface =1400 m²
128C Ion Mihalache Boulevard, 1st District, Bucharest
Context. The existing building is in Bucharest and it is placed in the second plan of Ion Mihalache Boulevard in the Domenii Market.It was built in the ‘60s. Its geometry has huge potential: semi-cylindrical concrete roof, double height and an unutilized basement of over 400 m².
In time, the structure of the basement was affected, and multiple layers covered the original shape (plaste board ceilings, hidden windows, several floor finishes).
The goal of the project was to revitalize the commercial building and the community benefits of a quality space in the proximity of a traditional food market.
The concept looked for transforming the one floor obsolete commercial building that was about 300 m² into a space that develops on three floors that sum about 700 m² by using the basement and by building a new intermediary floor with a new metallic structure.
To mark the hidden and narrow entrance, on the facade we built a new higher wood volume, and the store Concept store “Gusturi românești” becomes a landmark in the area. The continuity between the exterior an interior is obtain by also using wood for furniture.
The design objectives were valorizing the existing architecture and respecting its geometry, using natural light in the interior space, dialogue between new elements and the existing building (ex. using poured concrete in wood mould like the original dome).
Transition between exterior and the store space is made by a bridge. To obtain visual communication between the tree levels, two concrete spans of the ground floor slab were cut. The basement is visible from the entrance. The new helicoidal stair was poured in wood mould and connects the three levels.
Each floor is dedicated to a different concept: on the groundfloor store for local products Gusturi romanesti, on the basement wine galley and Fromage corner, and on the first level a design concept for natural organic products. For example, the furniture for Gusturi romanesti is manually carved in a monastery in beech wood, as it was used in the past for furniture.
The new architecture respects the existing building and the original architect that created it and unveils the beautiful geometry that was hidden by intrusive interventions. The project contributes to ameliorate the proximity commerce of the Domenii are and it is addressed to the community in the neighborhood. 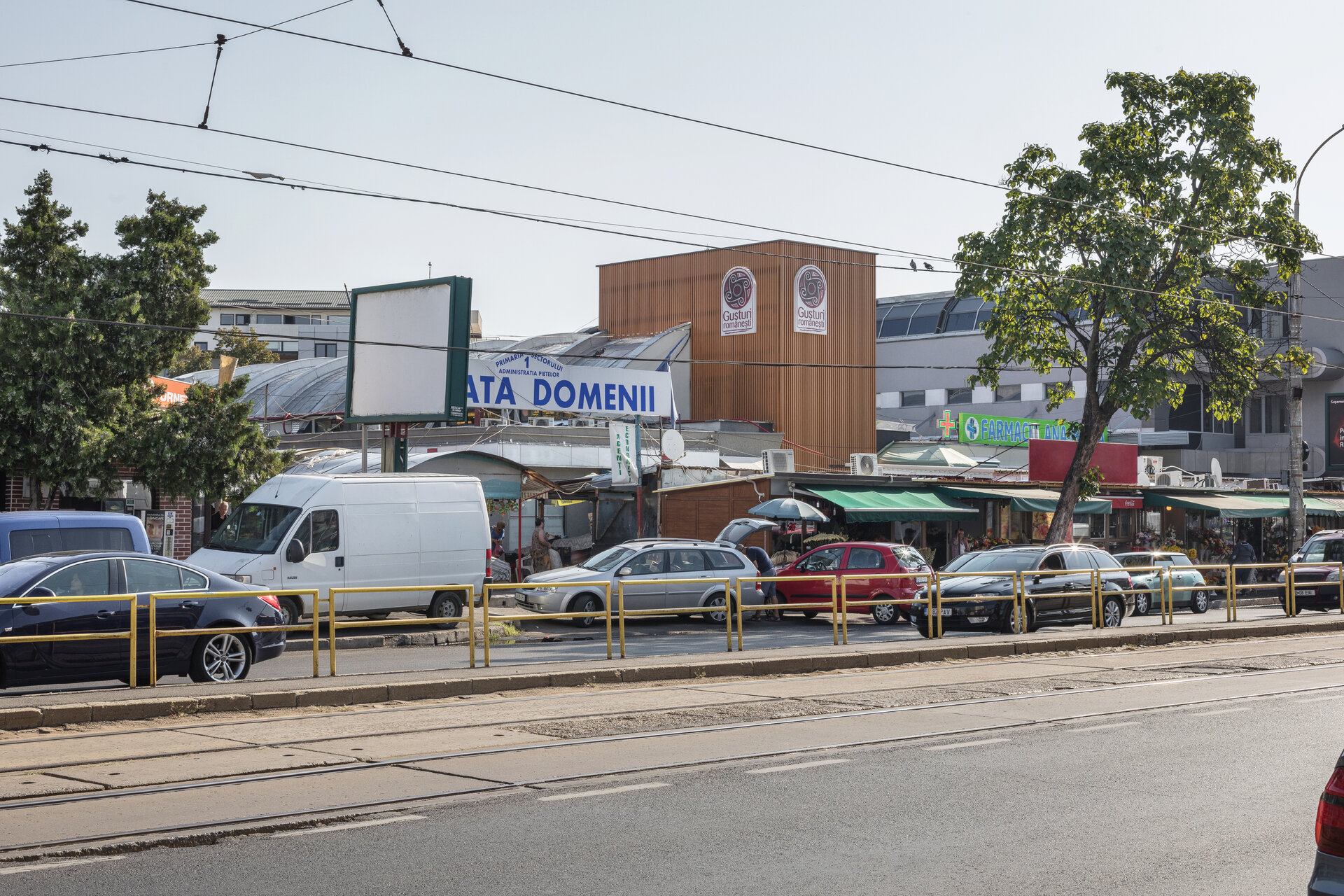 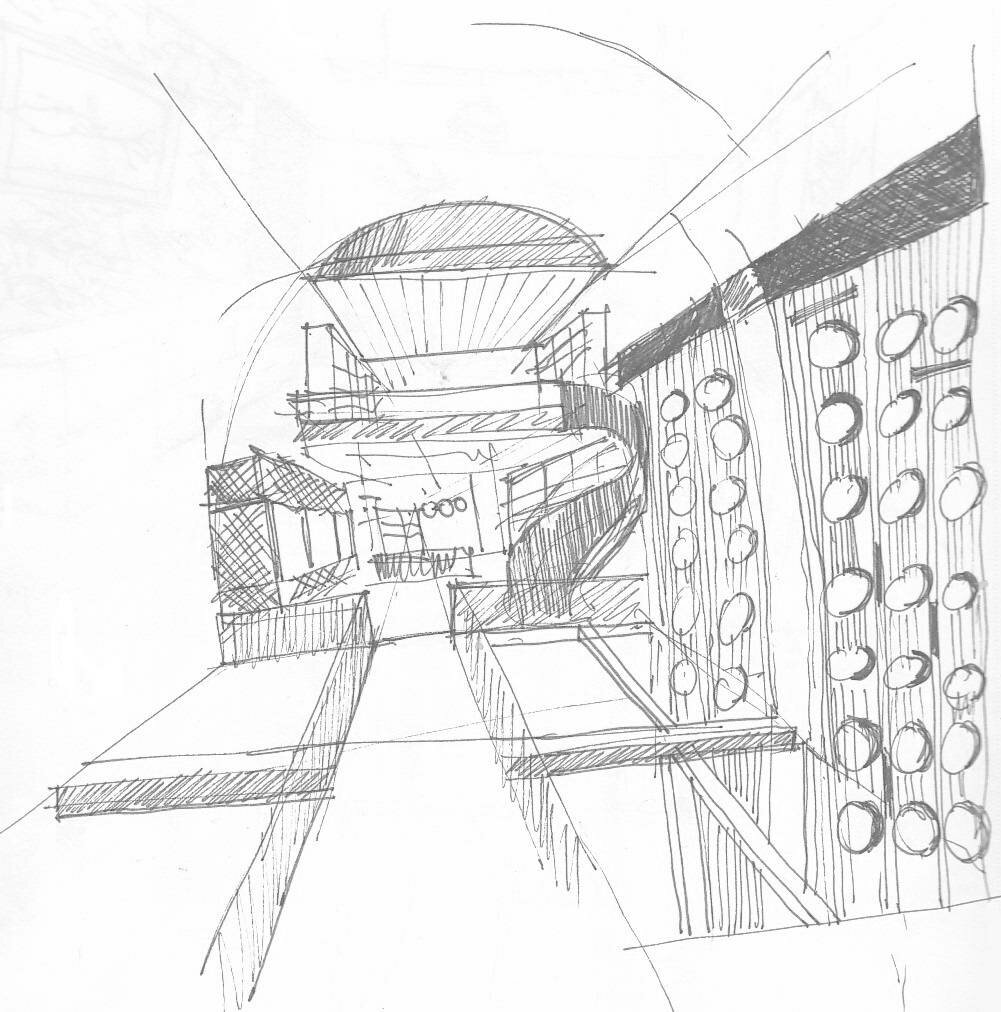 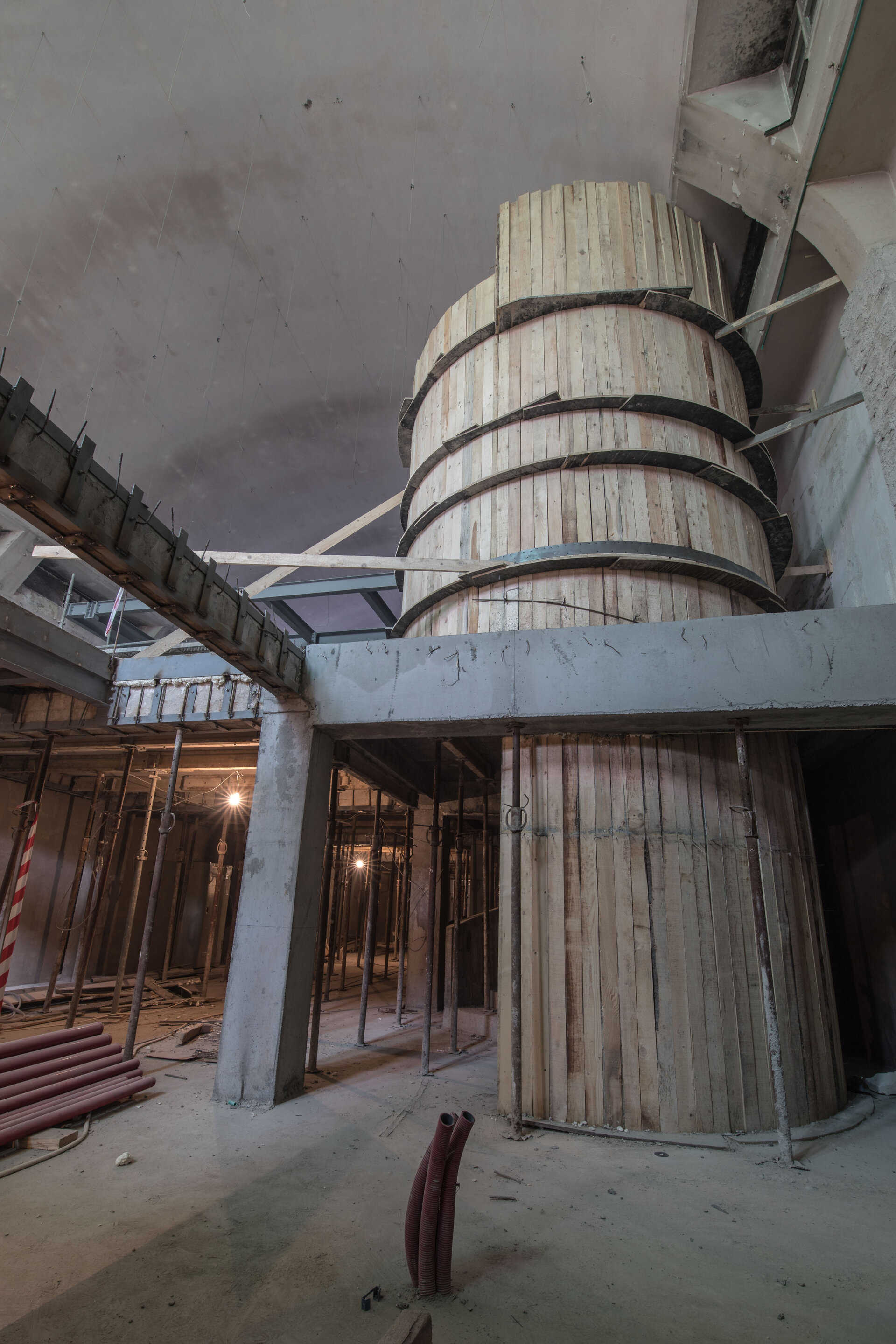 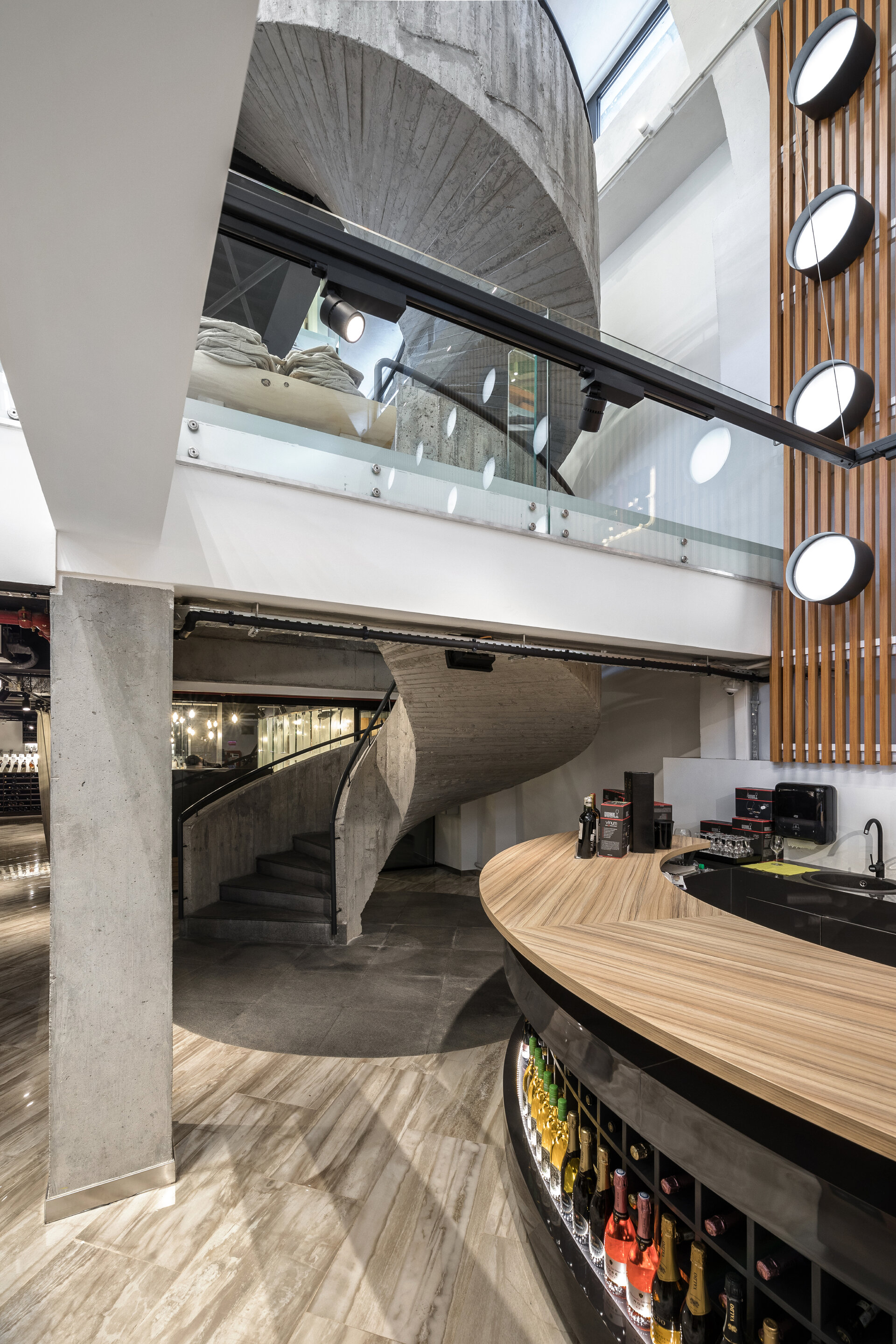 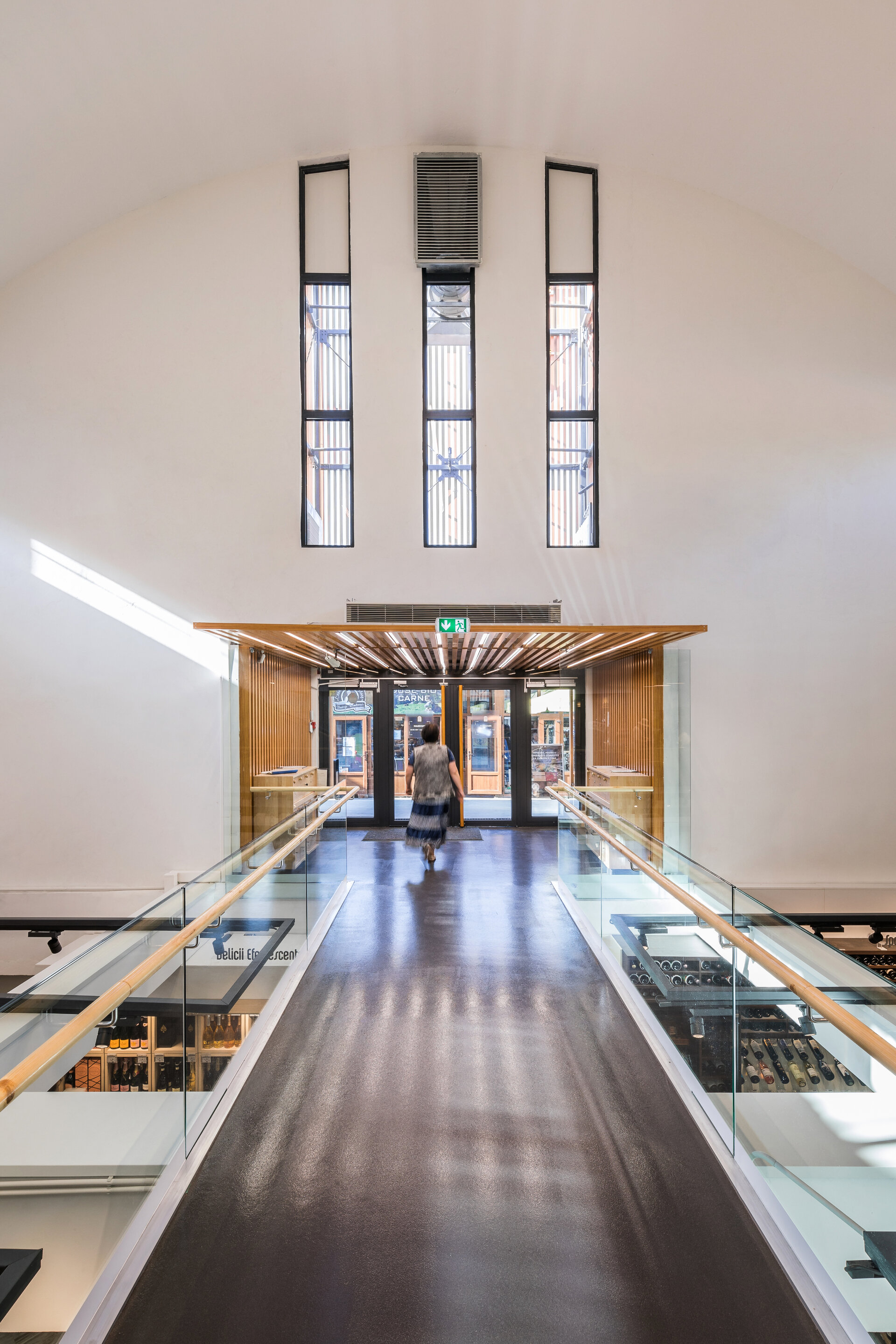 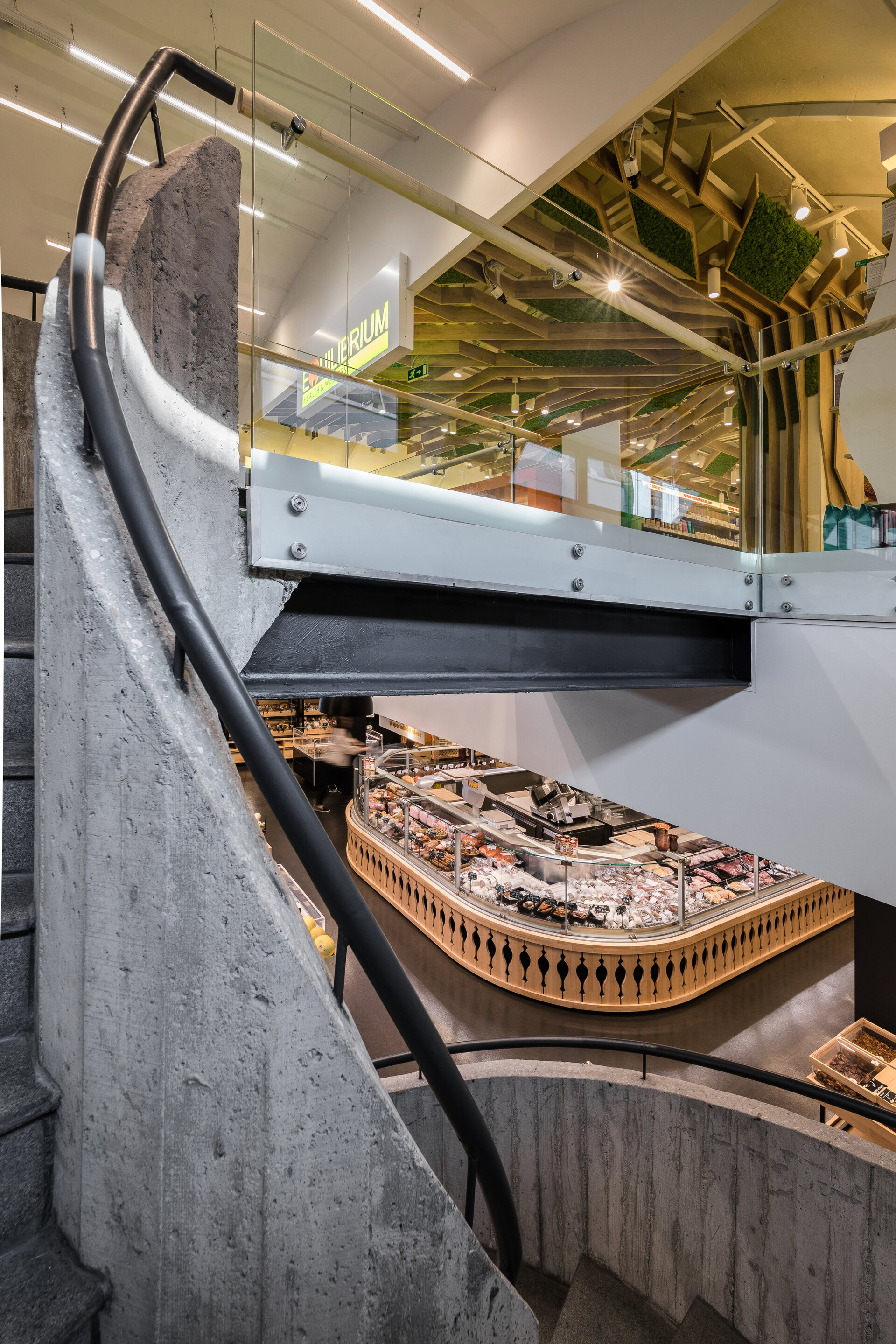 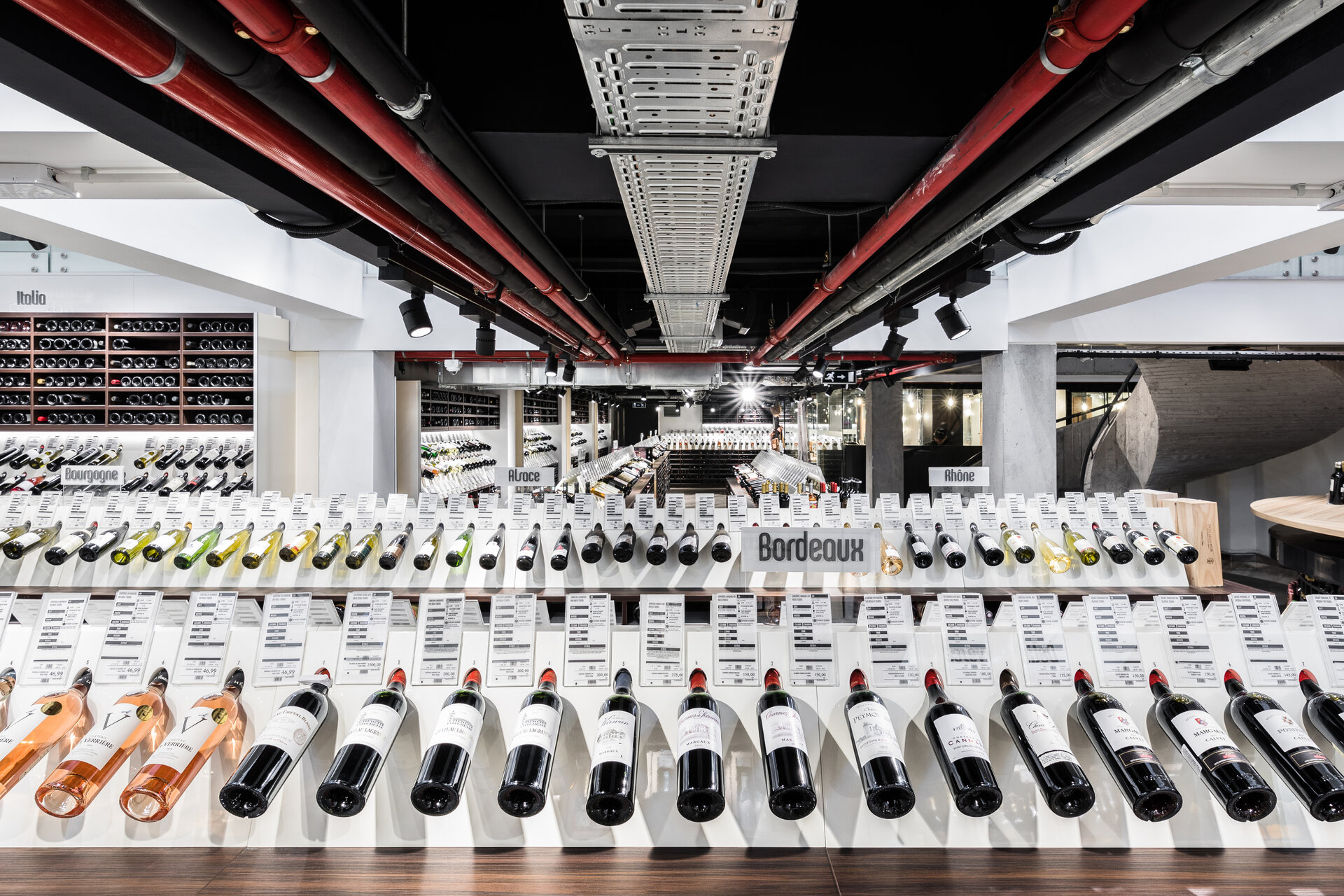 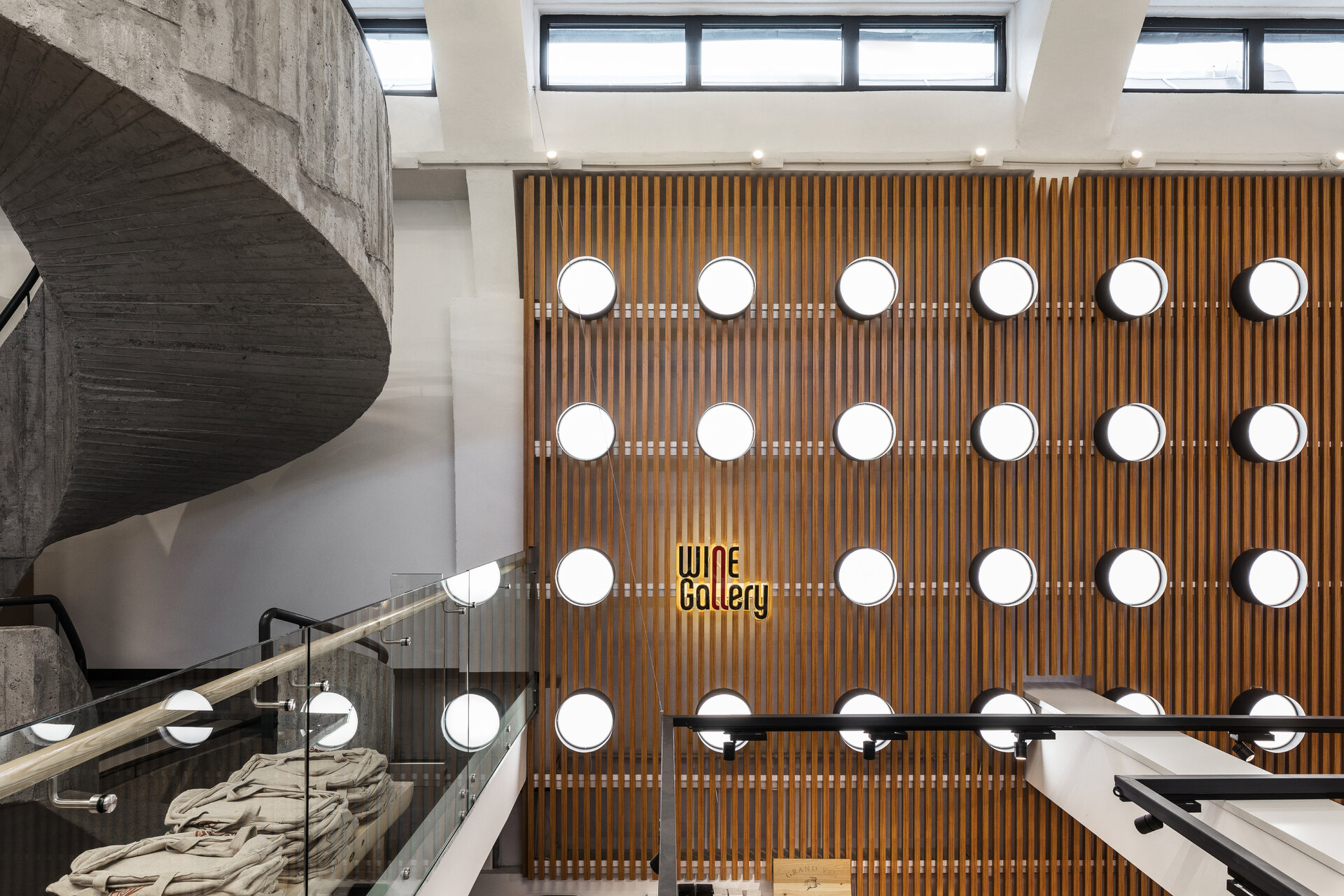 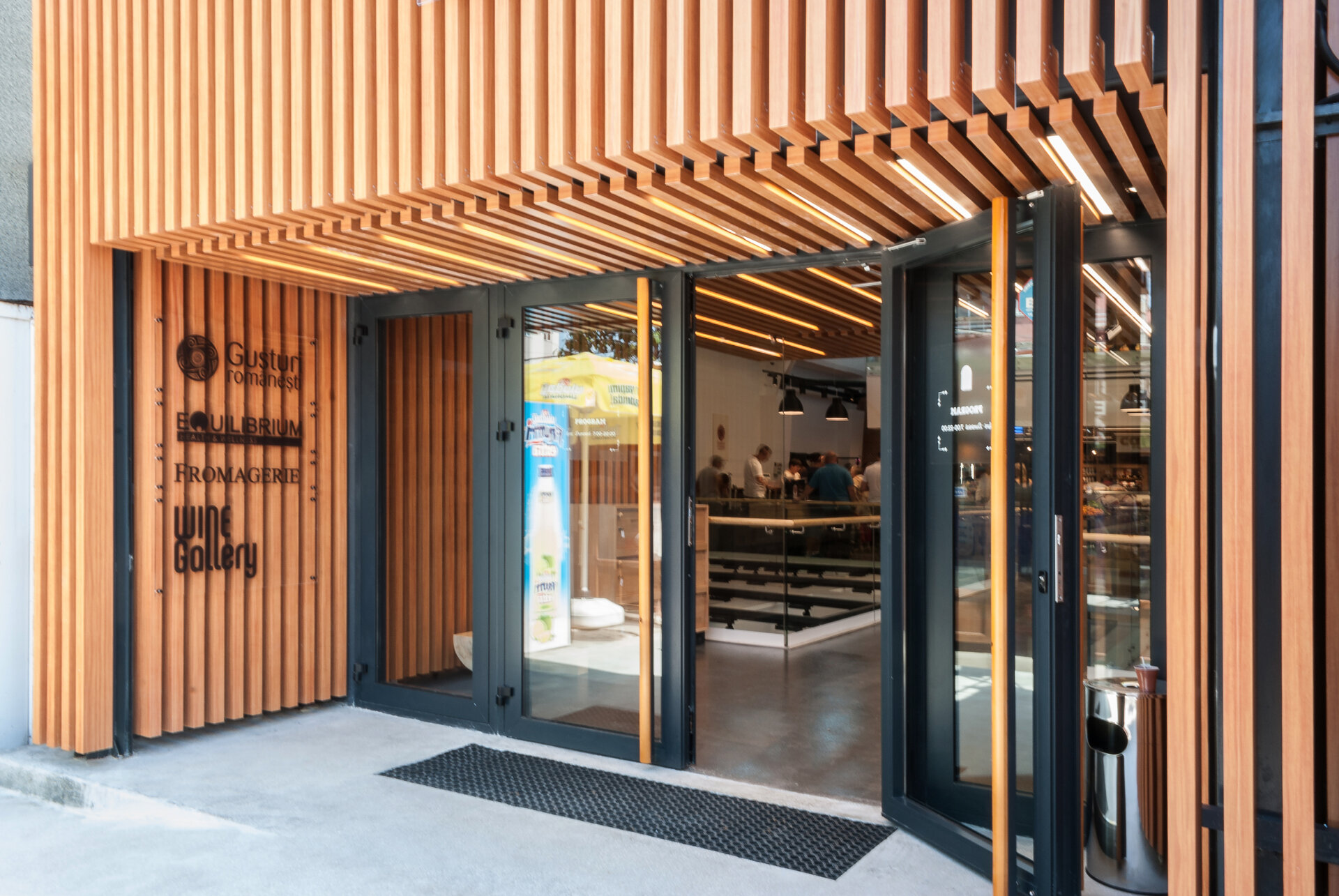 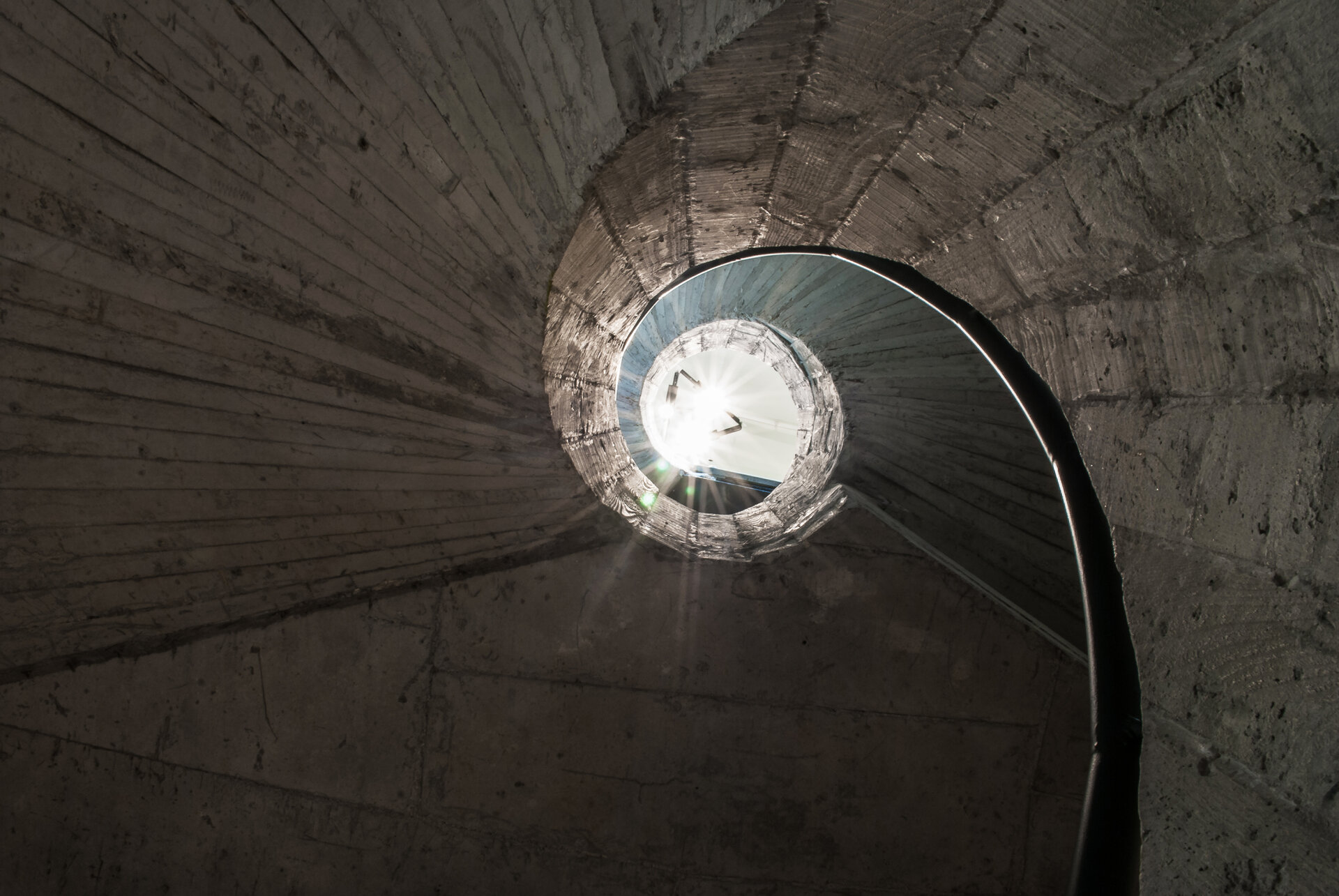 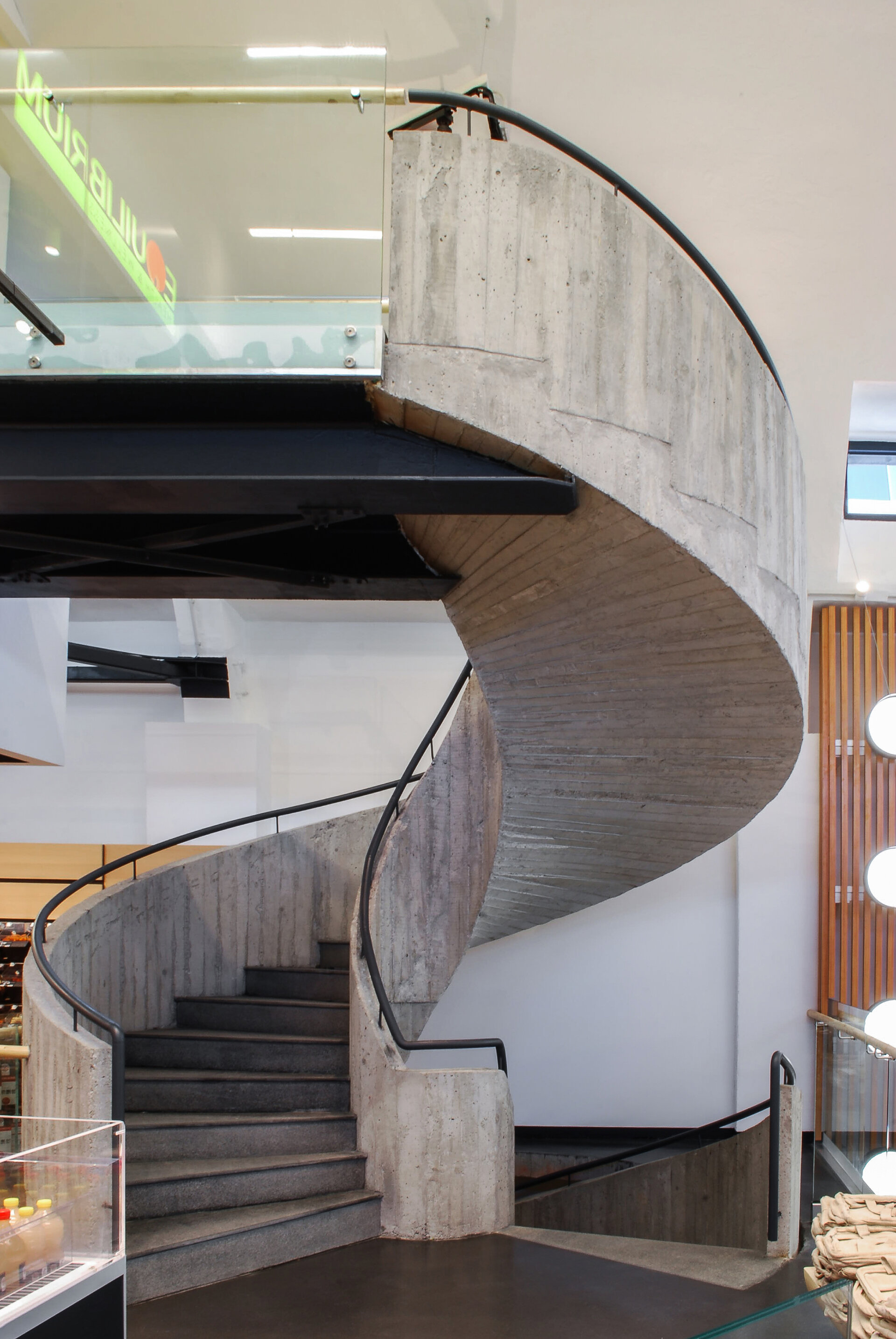 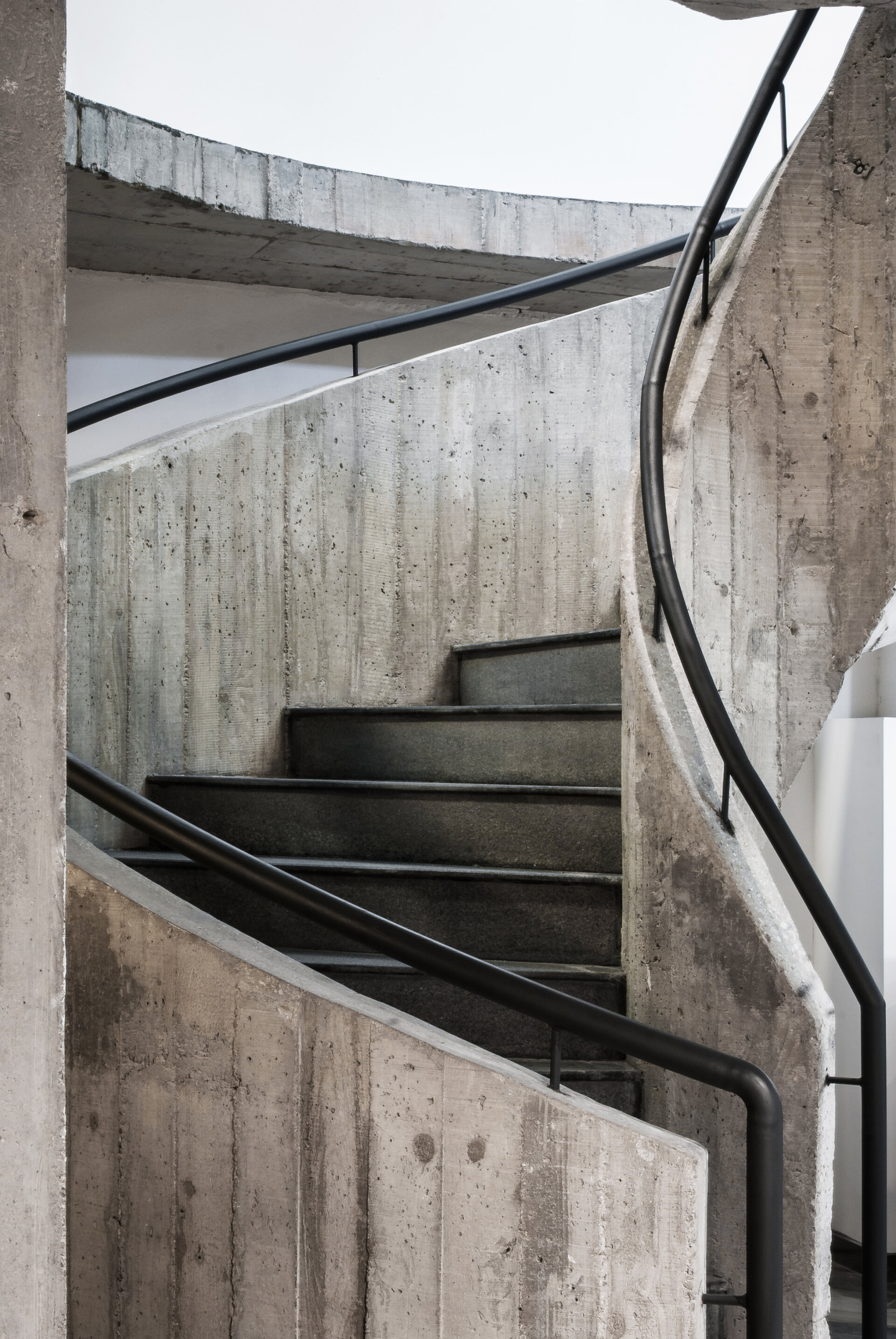 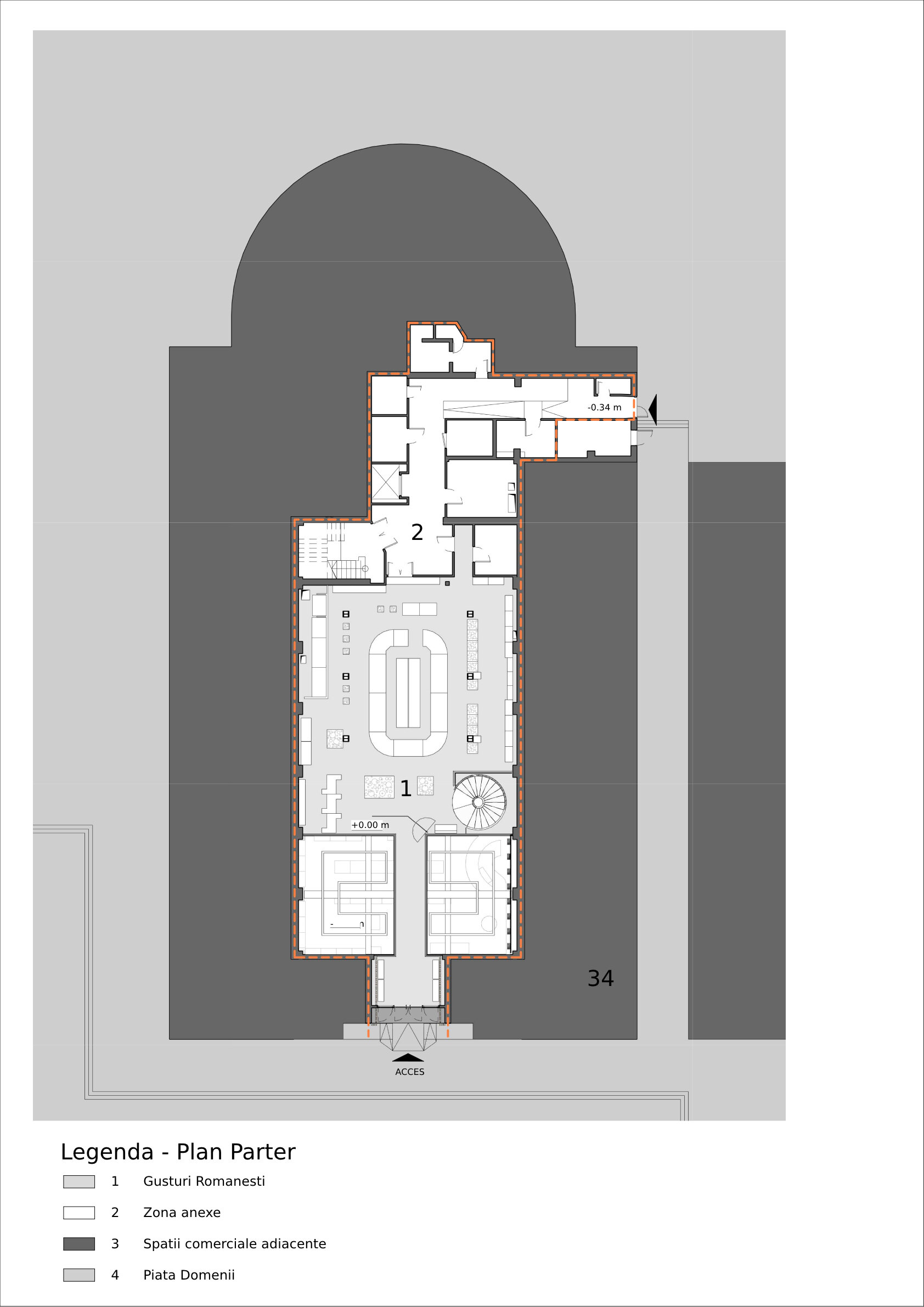