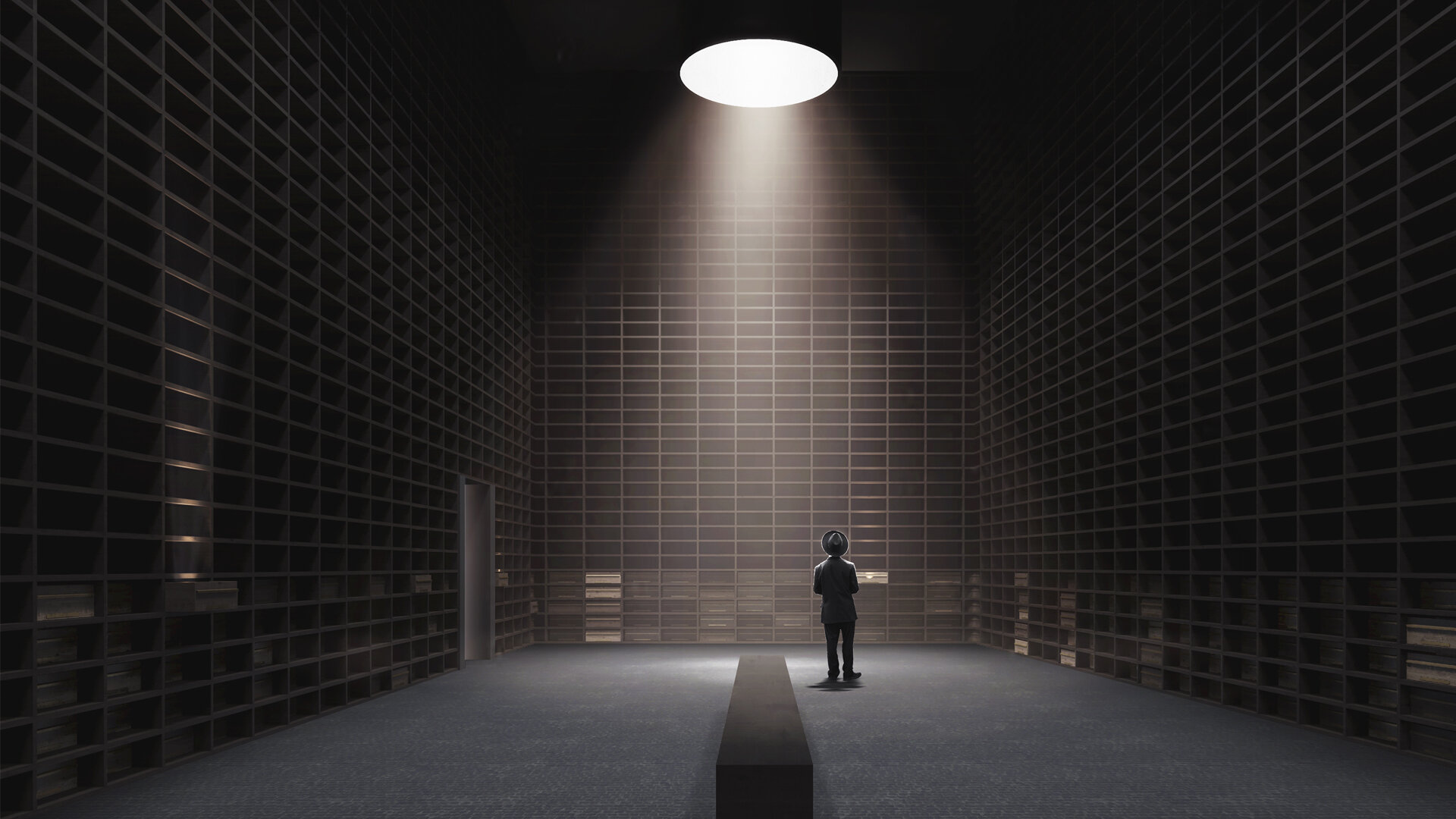 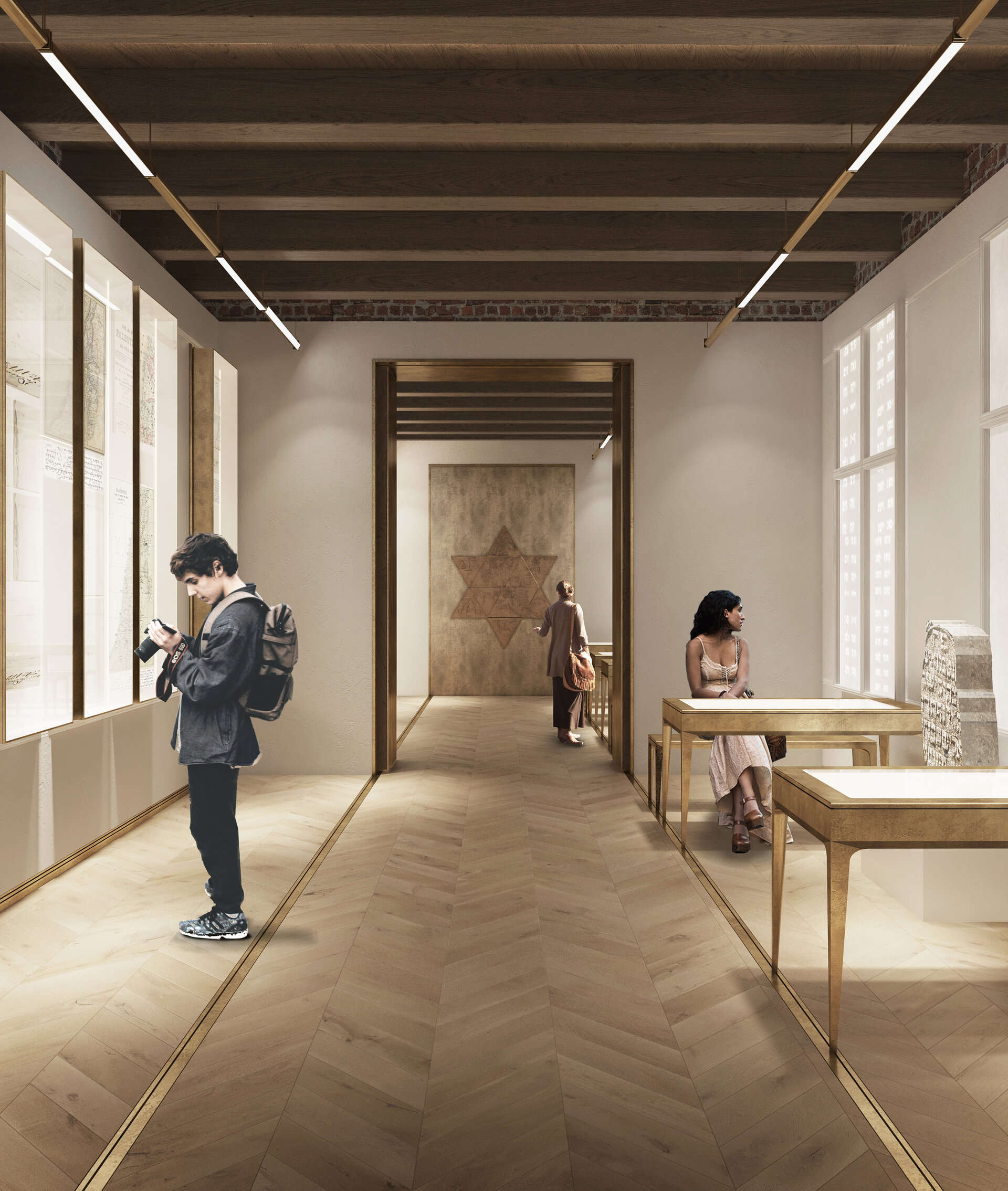 The MNIEHR project was an opportunity to learn about the subject of the museum, by studying the Jewish community and culture, especially in the Romanian context. Two themes inspired the design: education as a force within the Jewish culture and the imperative of movement. The importance of Learning is represented by furniture inspired from Torah reading tables or austere temple-like benches. The building allows two different perceptions: one rational, related to the actual exhibition and historical line and another more immersive, subjective. Modelled after a Viennese palace, the Dacia Palace lies in the heart of the historical center. Several functions brought about extended physical alterations. The body is made up of two wings with different morphologies and a common basement and it requires restoration and removal of all interventions. One lift is placed in the right wing for public use and one in the left wing for labs and storage. All steps to enter the building are transformed into ramps. Windows of the permanent exhibition are covered with marble panels. The permanent collection - occupying the first floor in a continuous narrative determines the spatial organization. The ground floor hosts the temporary exhibition, the shop and cafeteria. The reception lies in the center of the atrium, lit by a Menorah shaped chandelier. The second floor is dedicated to the museum’s administration and education area. One reaches the permanent exhibition by following the wooden stair in the Atrium reception or by elevator. The route starts with a sequence of spaces that develop the museography chronologically. There are two brass lines following through the two corridors of the exhibition: their start and end points marked with episodes. The Beginnings is the first sequence of the narration. Mounted on the wall is a brass engraved symbolic representation of the 12 tribes of Israel, the shevatim. The next space is the Portrait Gallery in the oval hall which celebrates the artistic talents of modern times, in a full-on salon display. In front of the gallery is a small cinema booth playing the Independence War. Moving along the Lipscani facade, we meet again the brass trails in the floor. Their starting point is a recovered altar of a synagogue, with two rows of benches, reproducing the debating principle of a sermon. The Community Spirit tells the story of the settlement of Jews in Romanian territories with vertical displays. The Birth of a Nation comes with a Common Sacrifice - both Jews and Romanians fight side by side during World War I. Crossing the footbridge, we enter the times of Growth and Prosperity, a period of contributions of Jewish culture. The end of these times falls under dark omens, Living through Affliction: the brass trails end in the Holocaust room. The Holocaust room is empty and dark, its double height filled with stacked boxes in wood scaffoldings. A single oculus lets light in, and the room’s rows and columns seem never-ending. The exit is through a glass covered orchard with olive trees, a sign of peace and restart. Passing through a room of celebration, a dining table set with Menorah, the story finds the brass tracks again. The Testimonial Room displays stories of survival. Next come the last two corner rooms: dedicated to Dispossession, Departure and Reconstruction. The last sequence of the trail is given to reconstruction of lives and history. 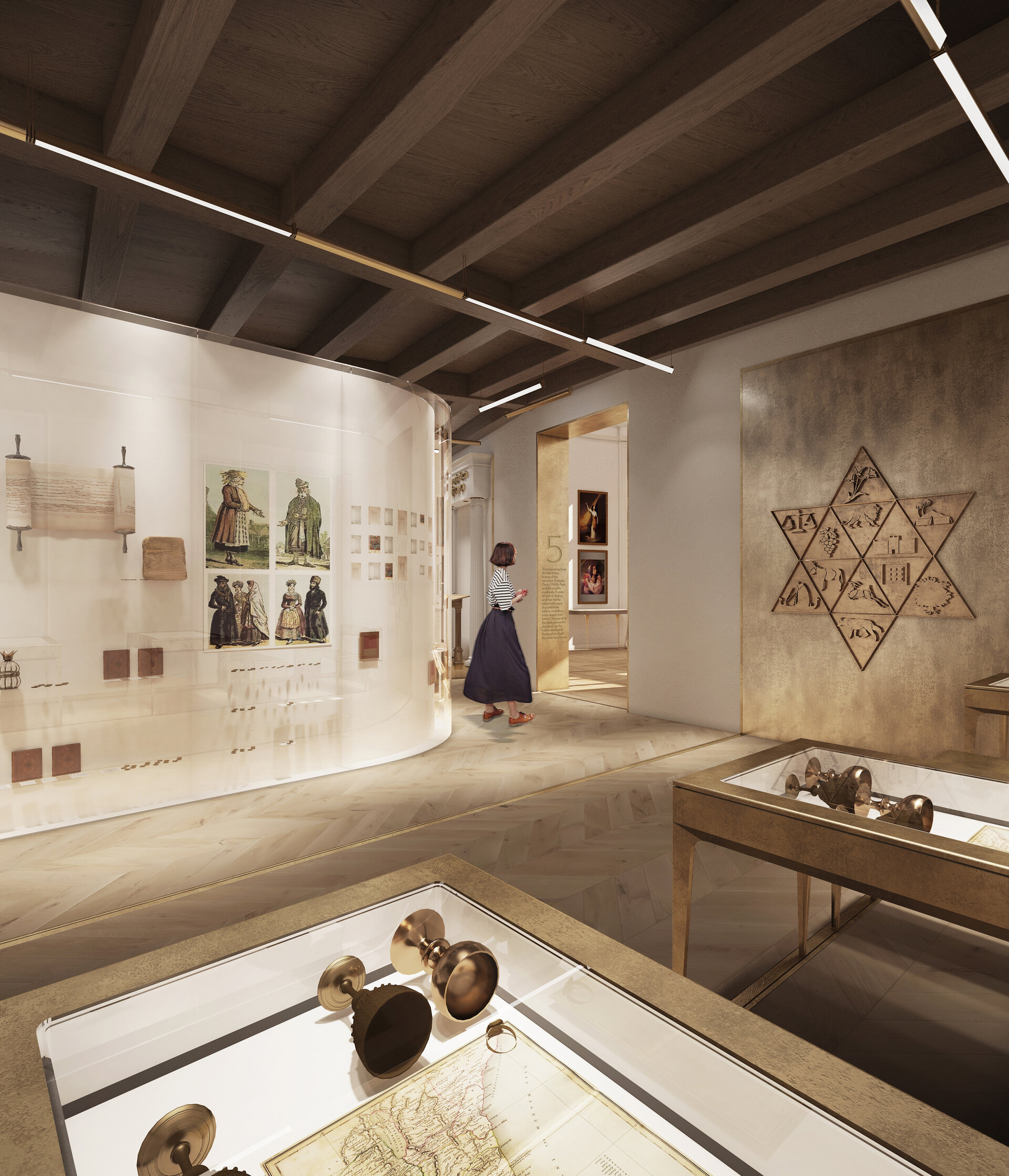 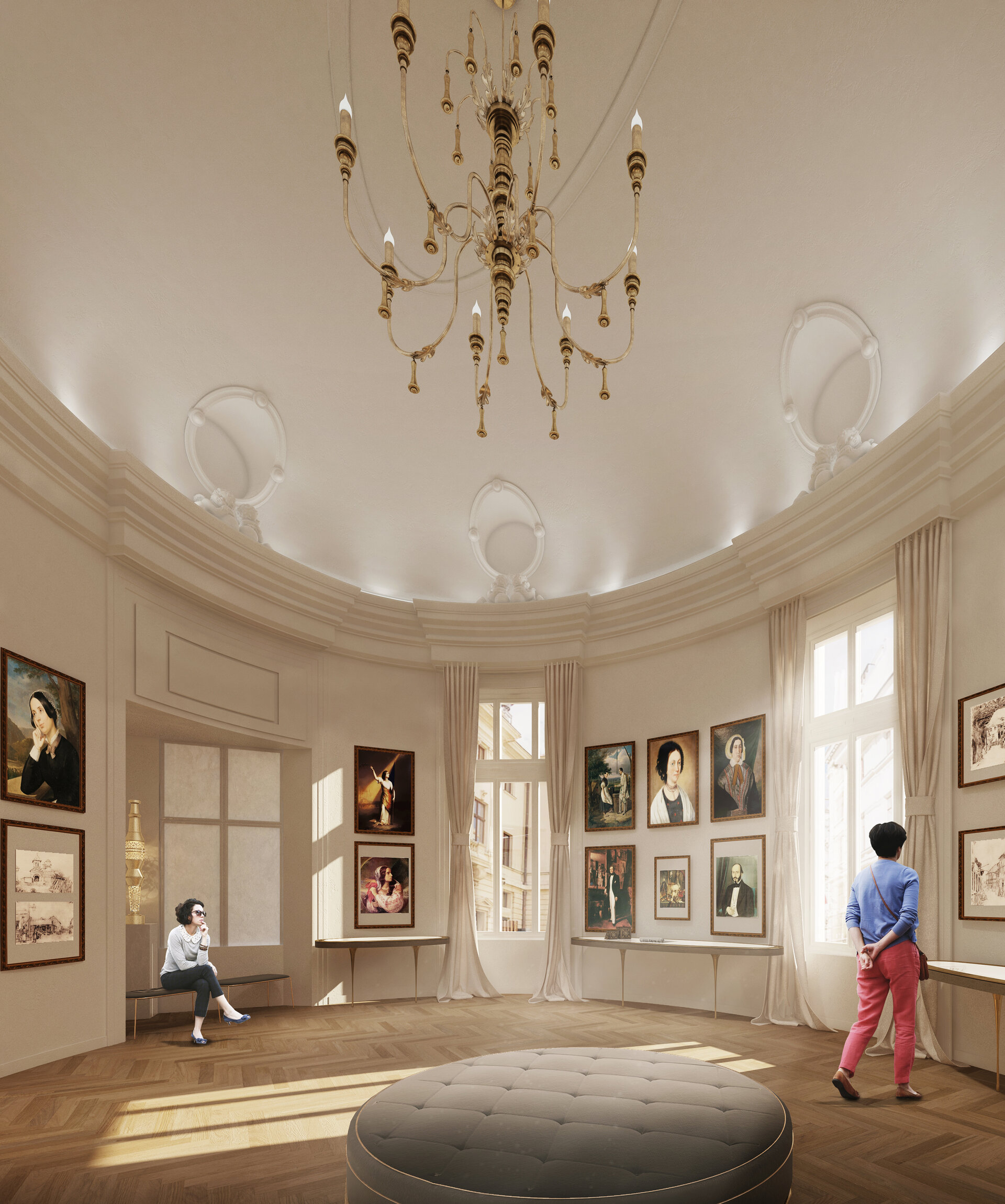 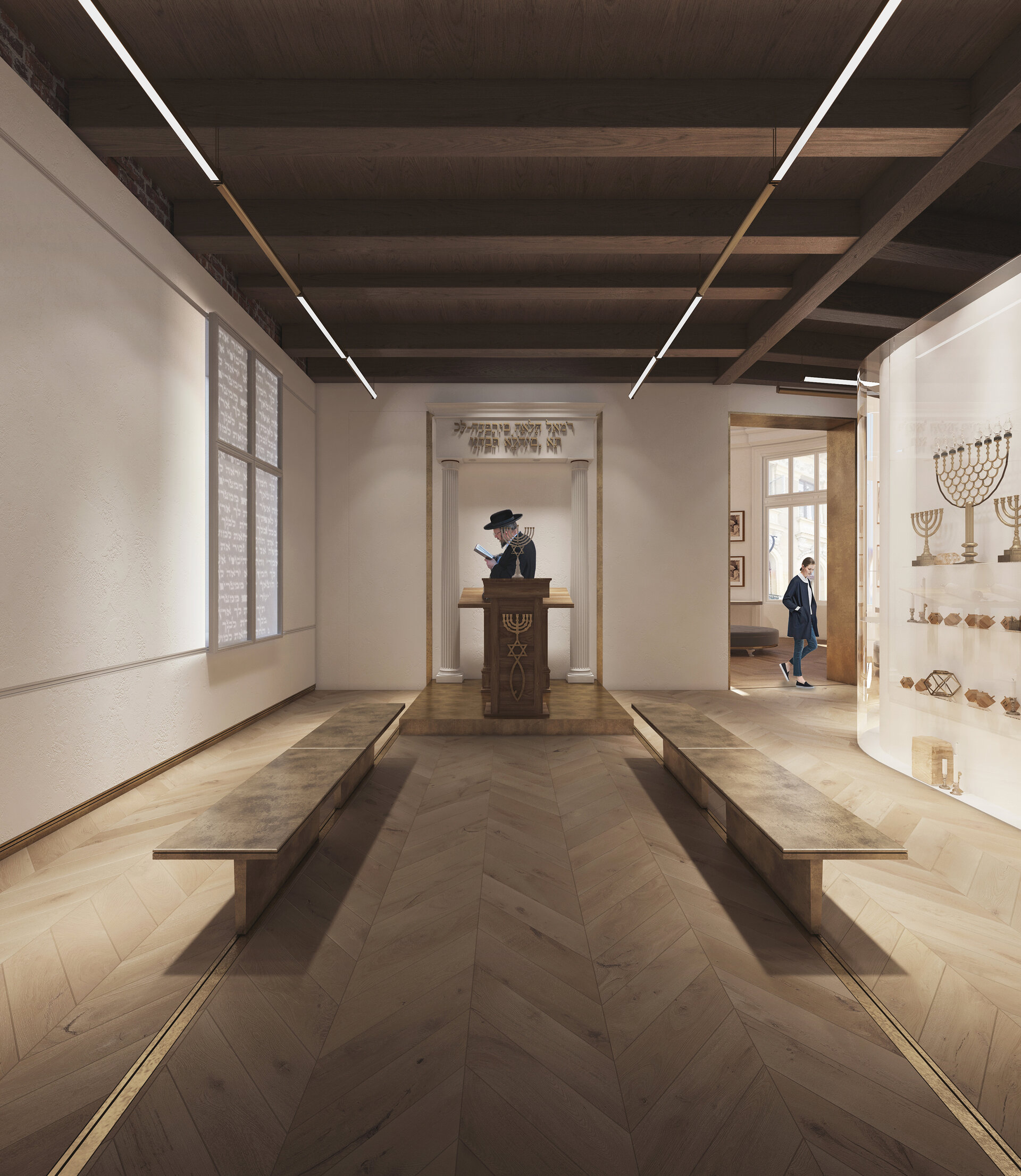 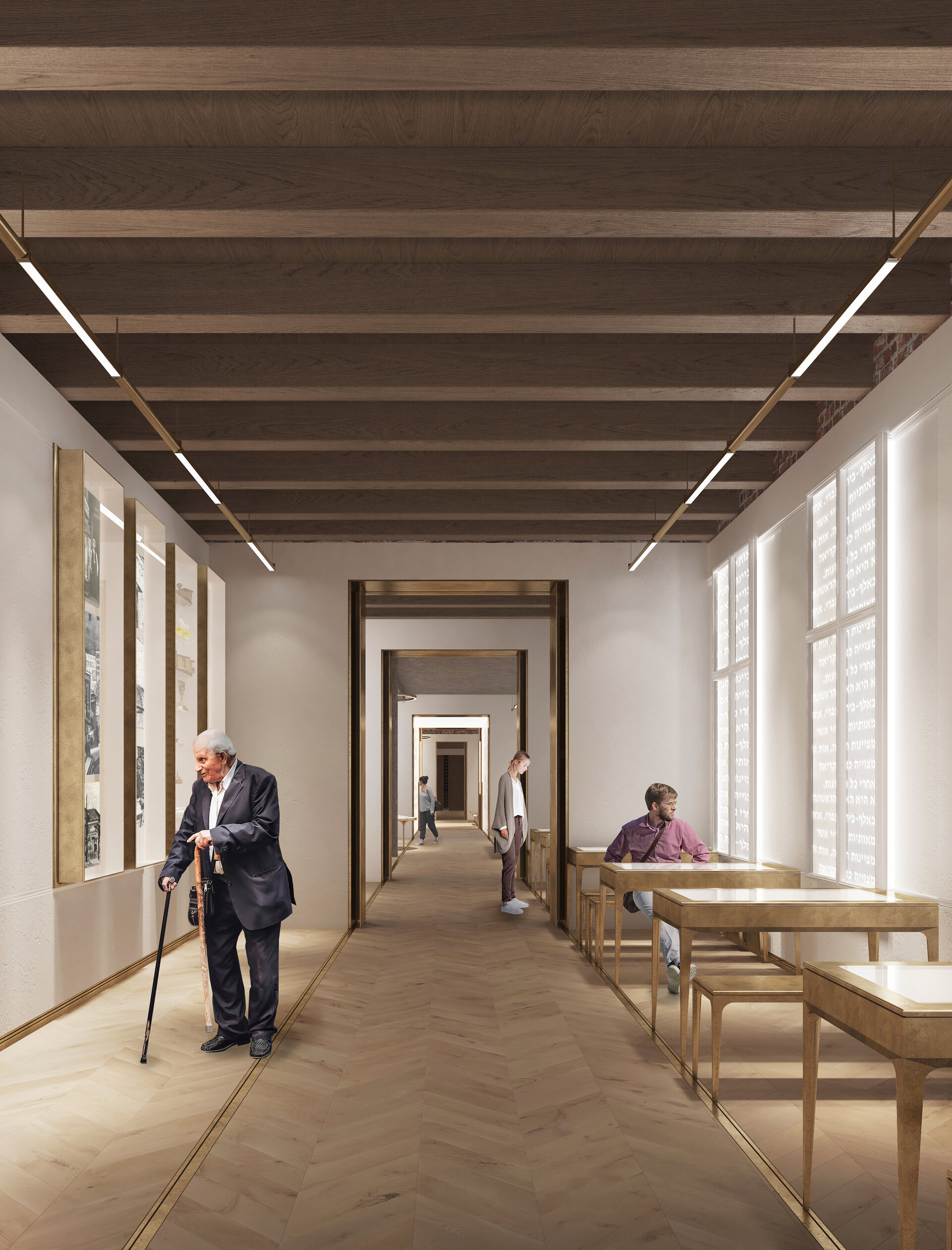 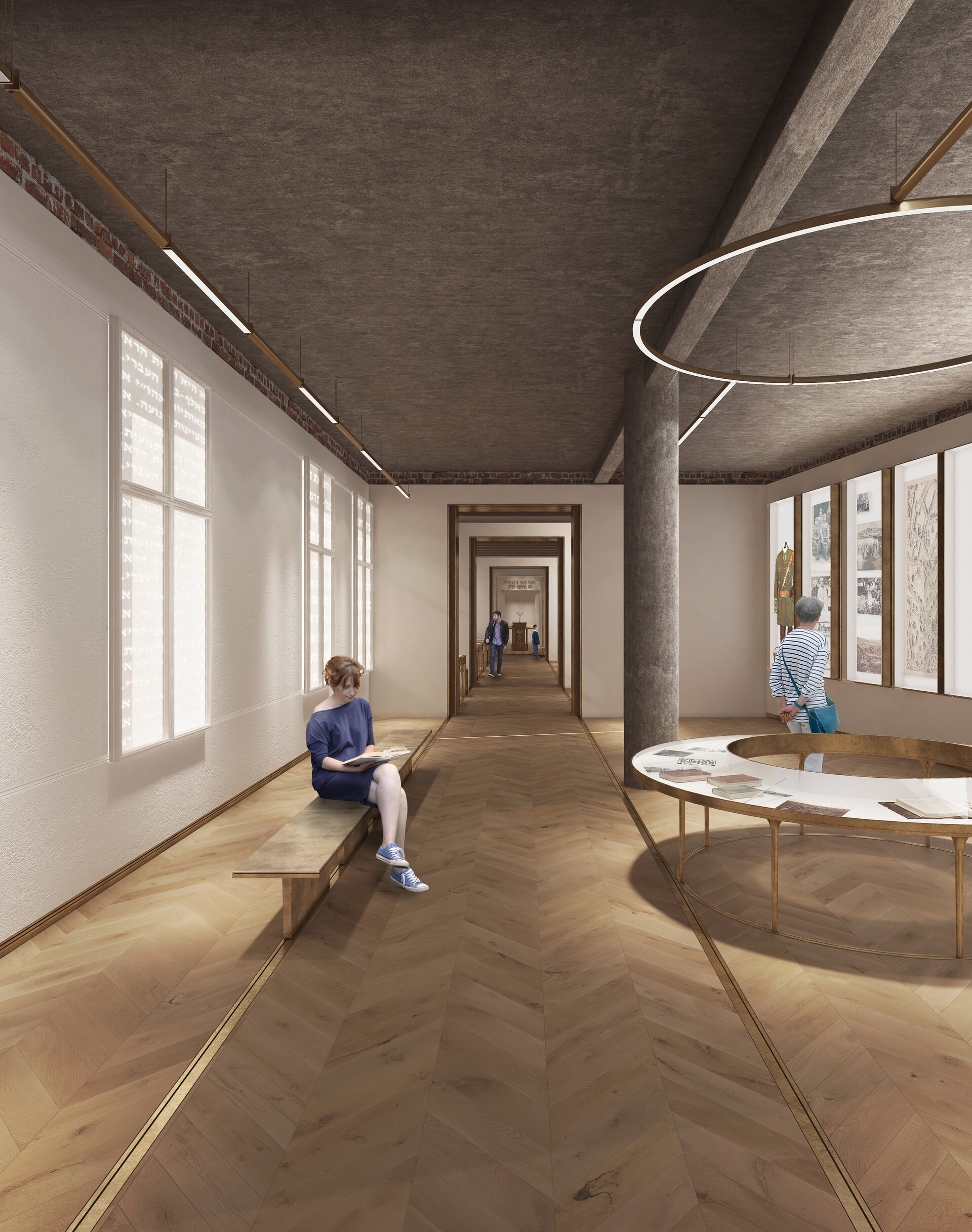 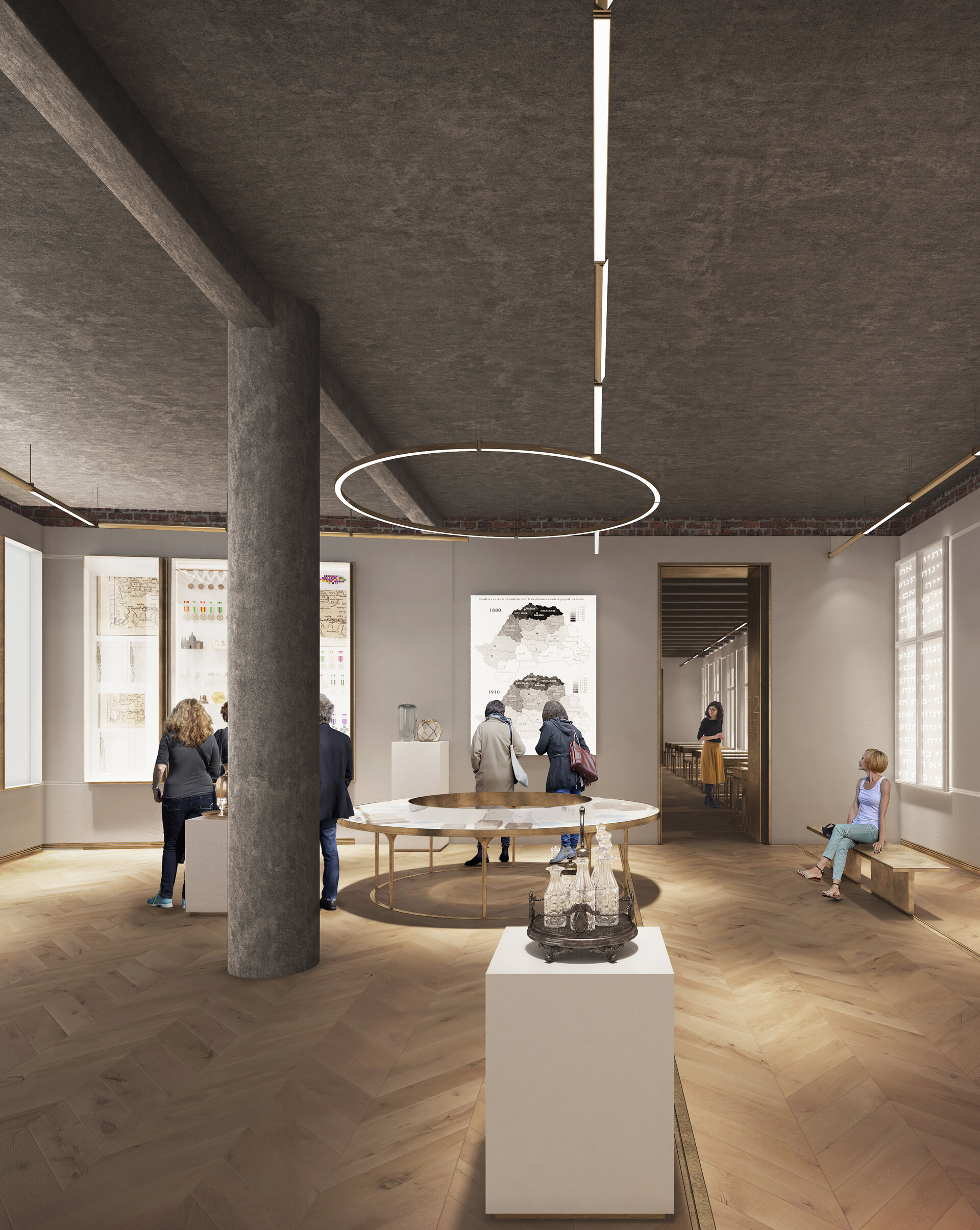 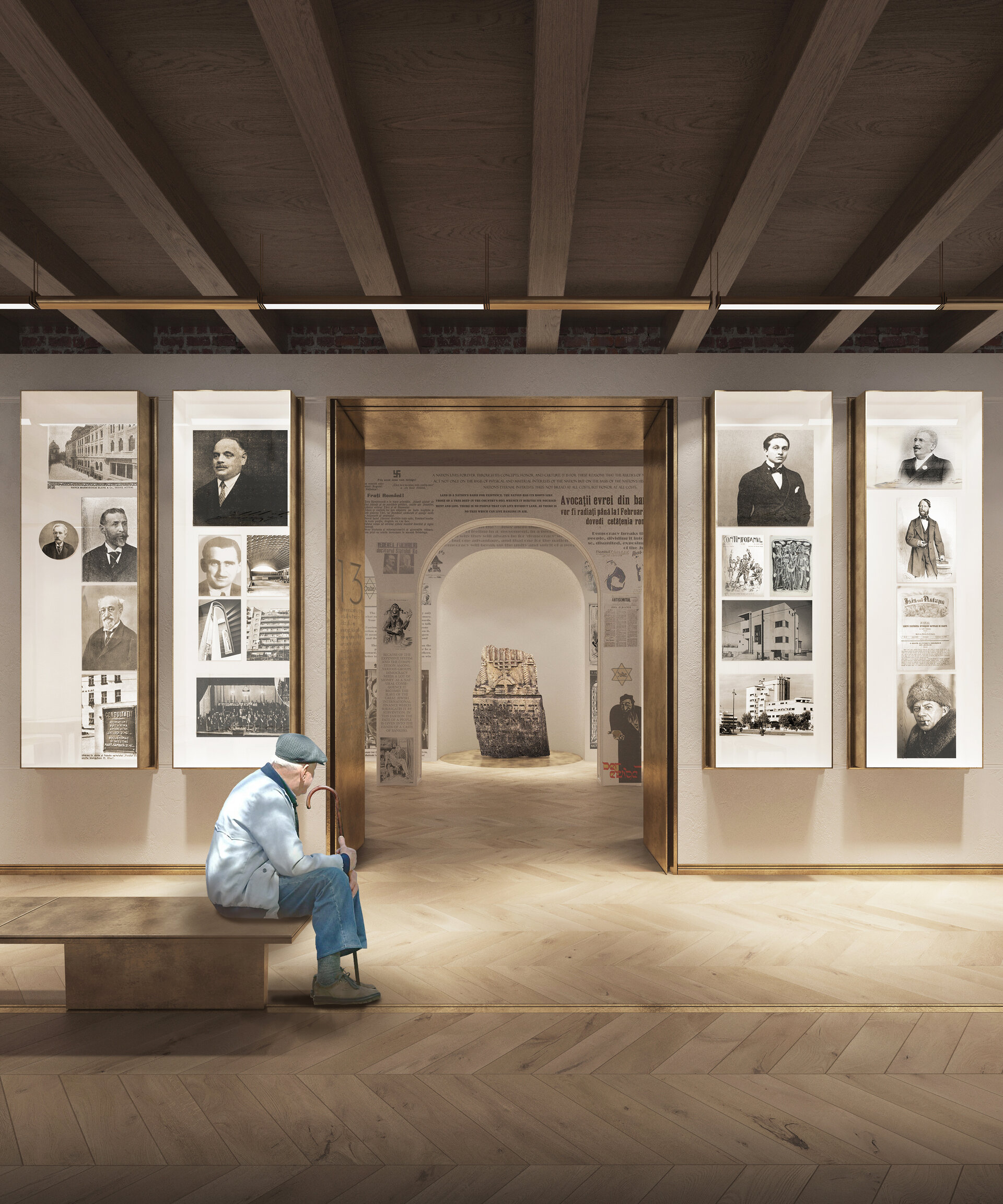 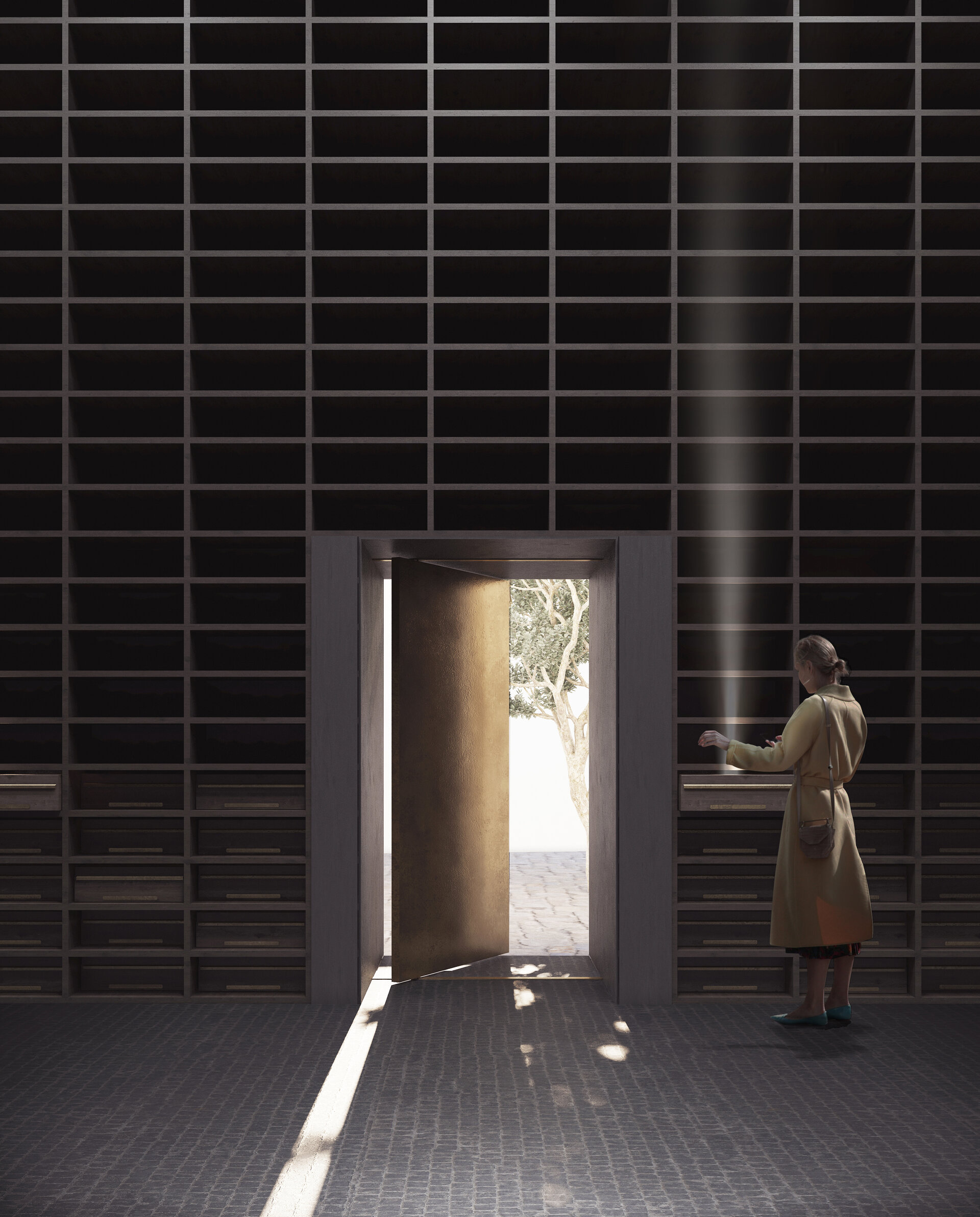 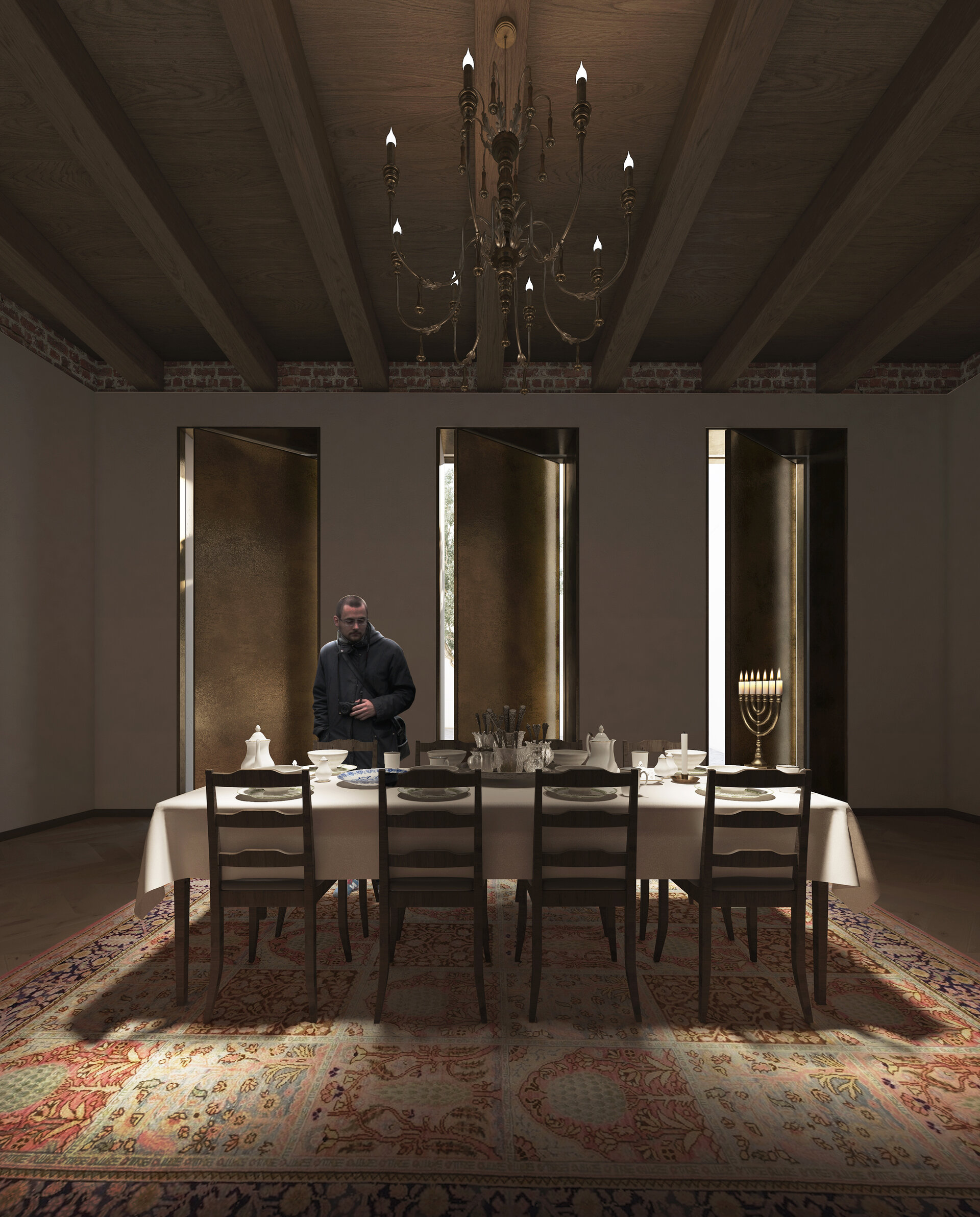 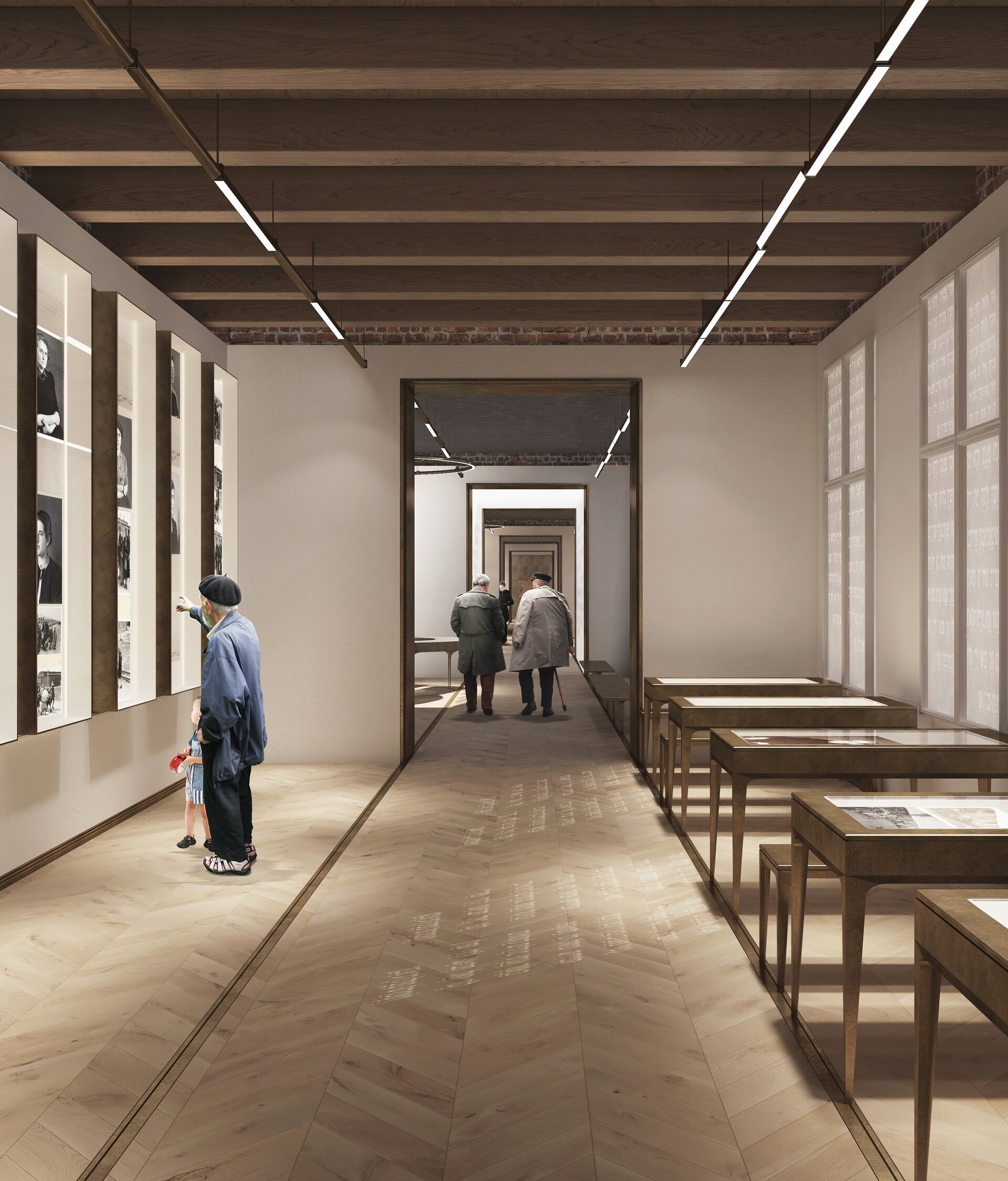 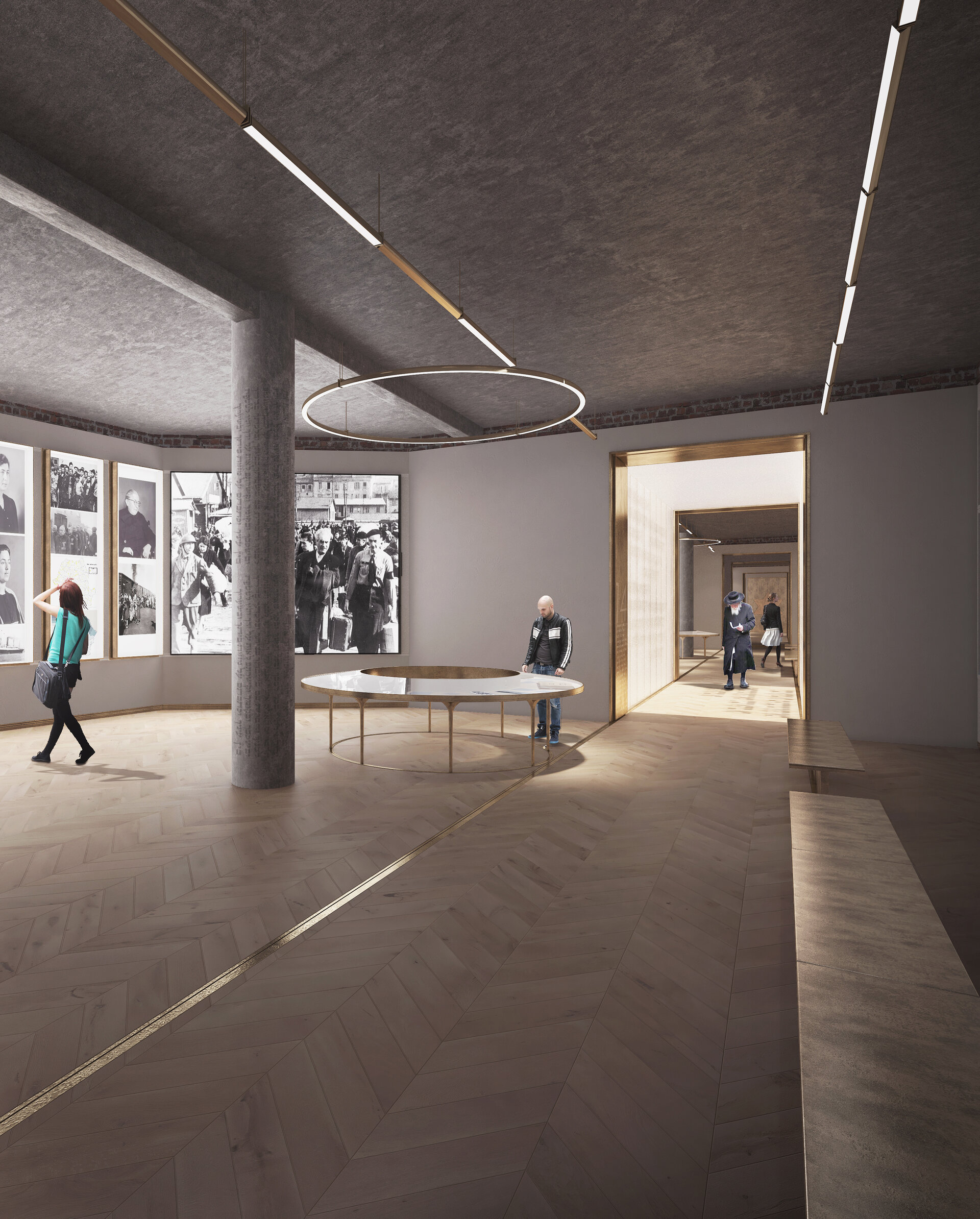 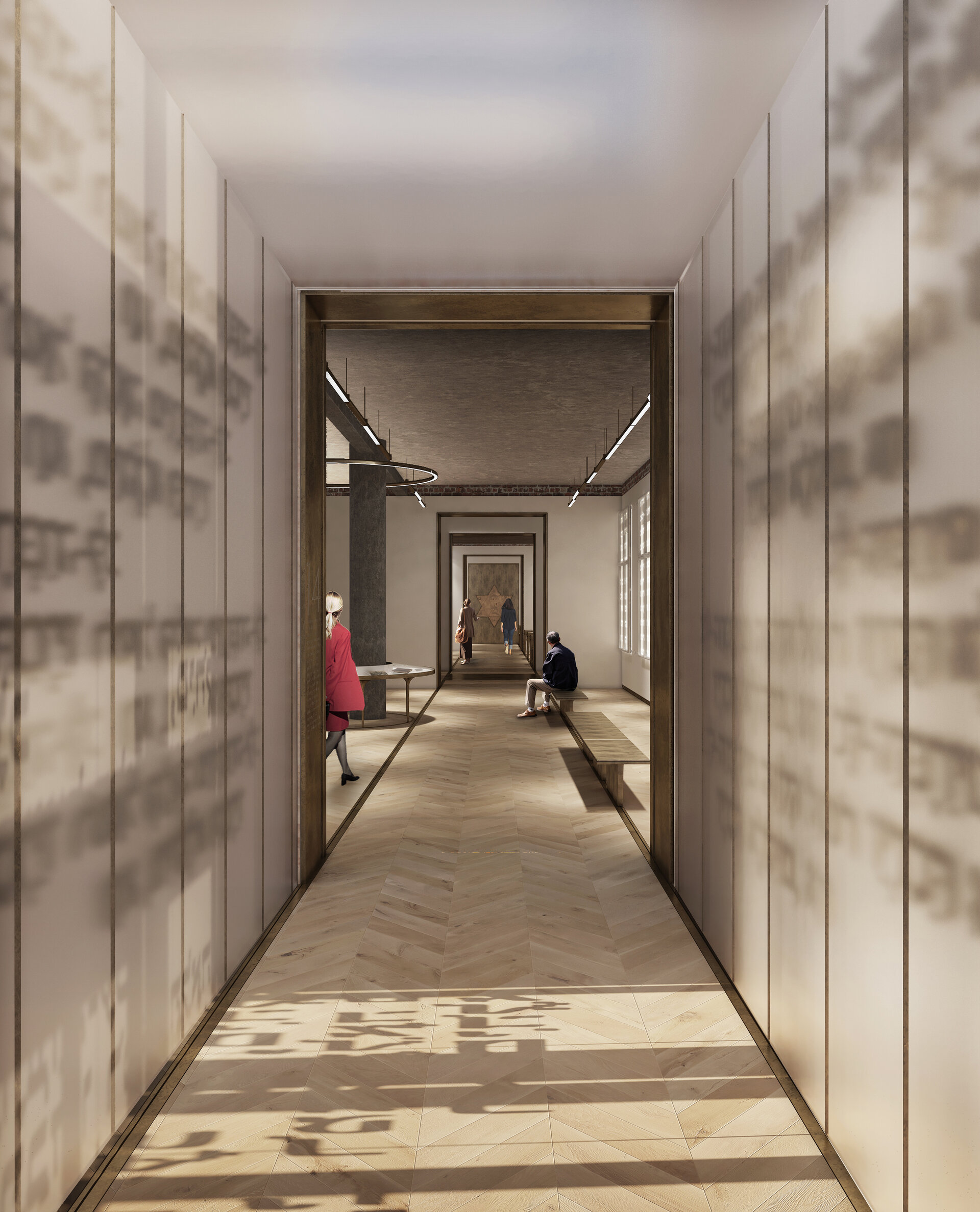 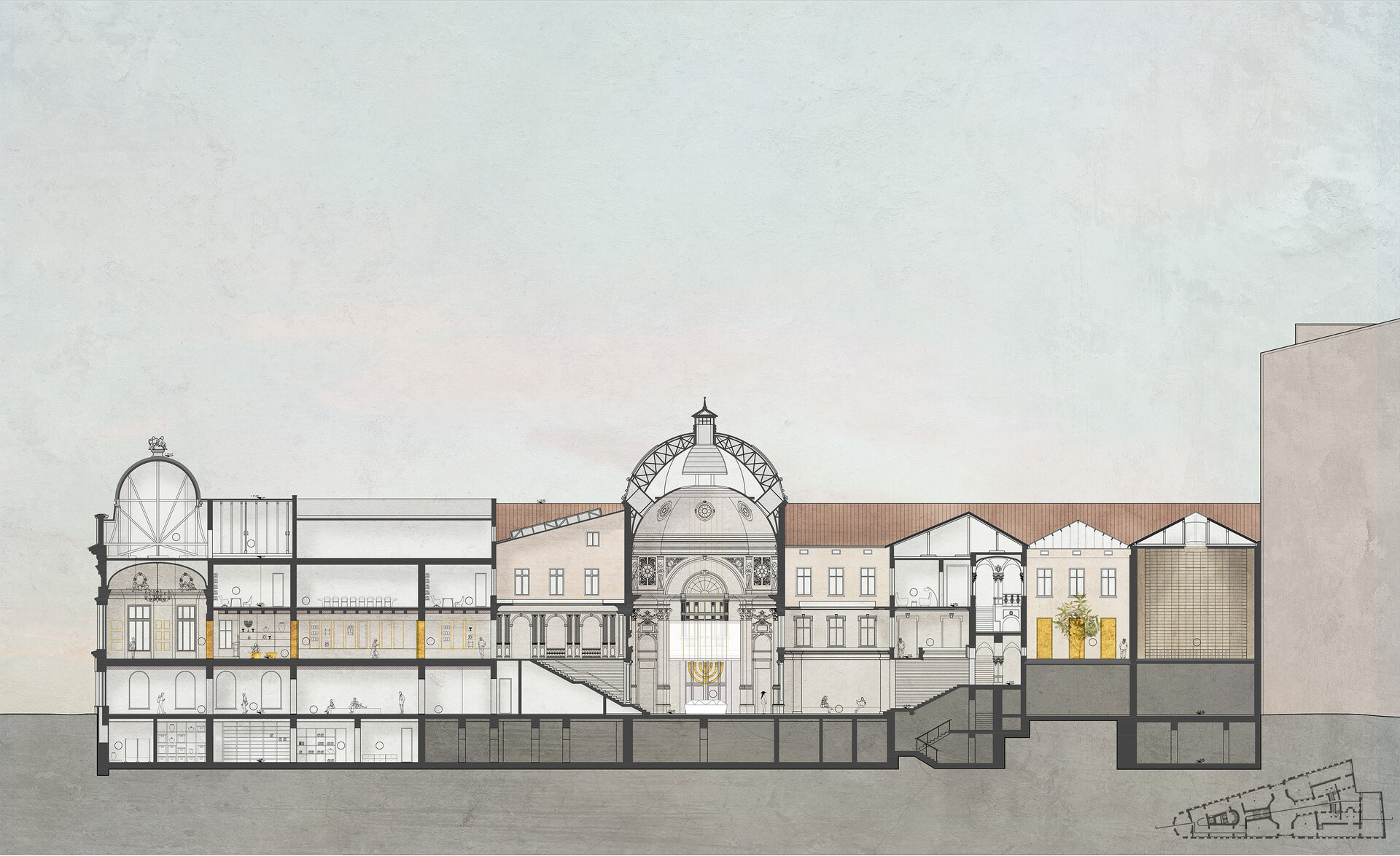 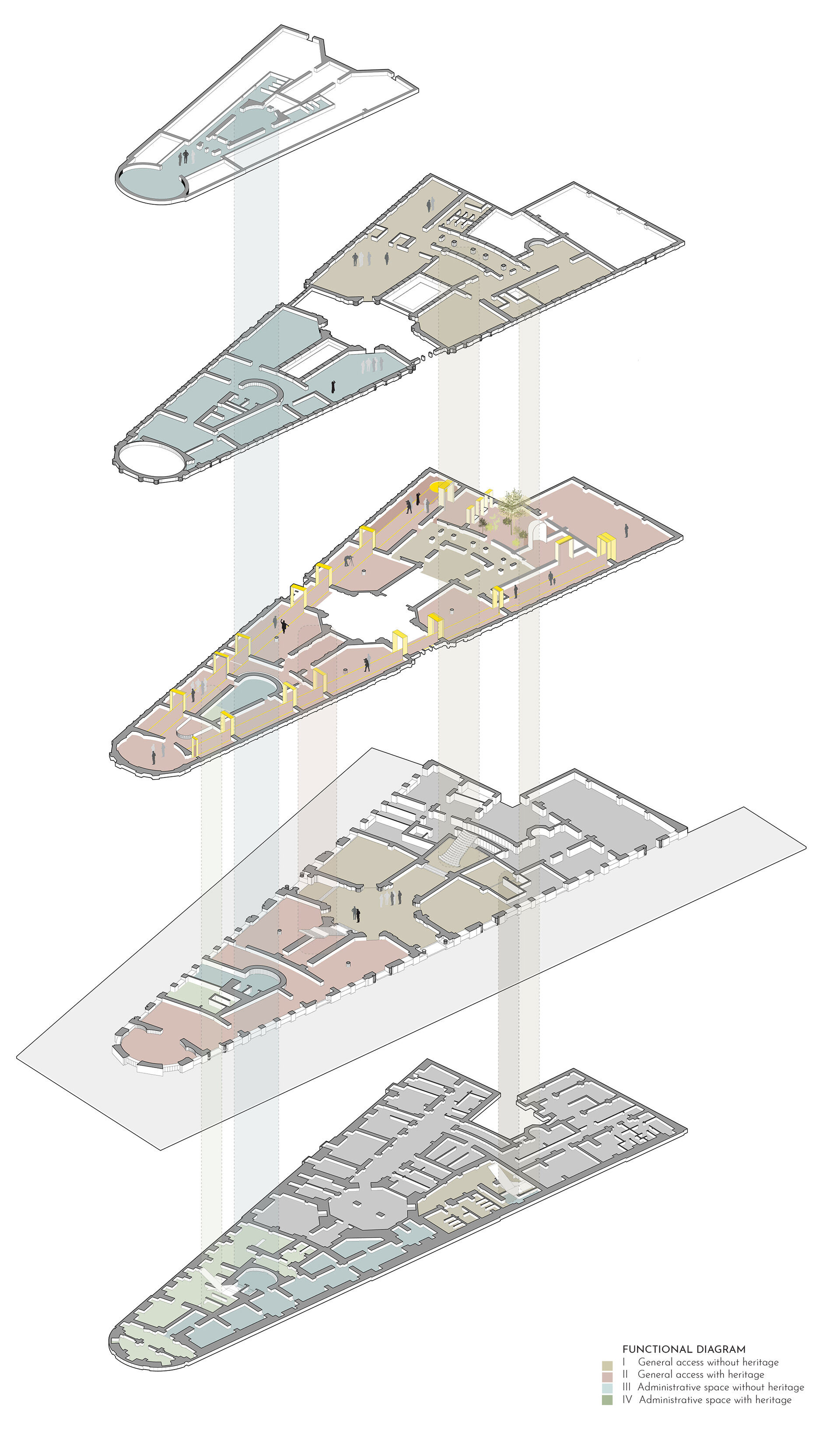 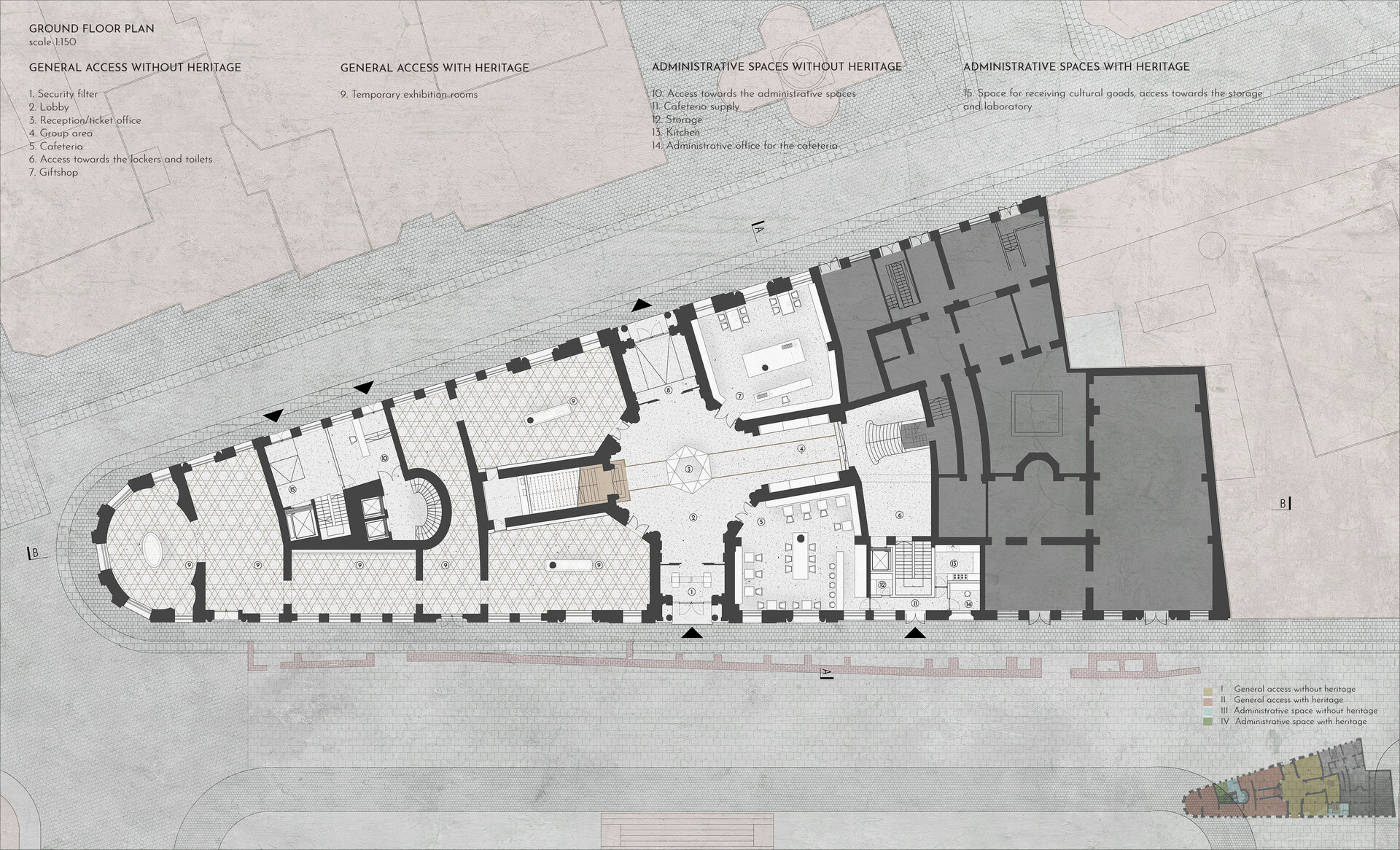 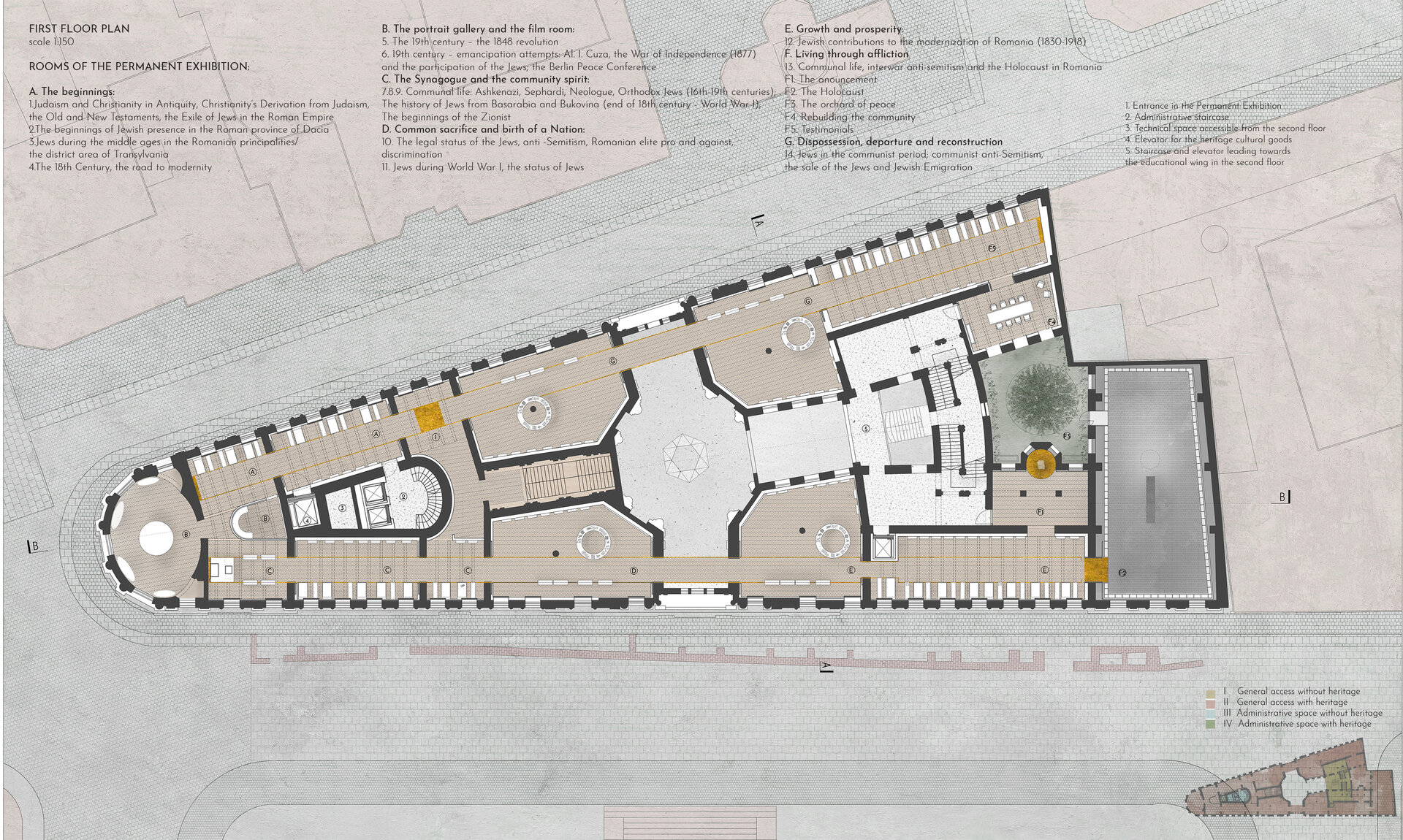 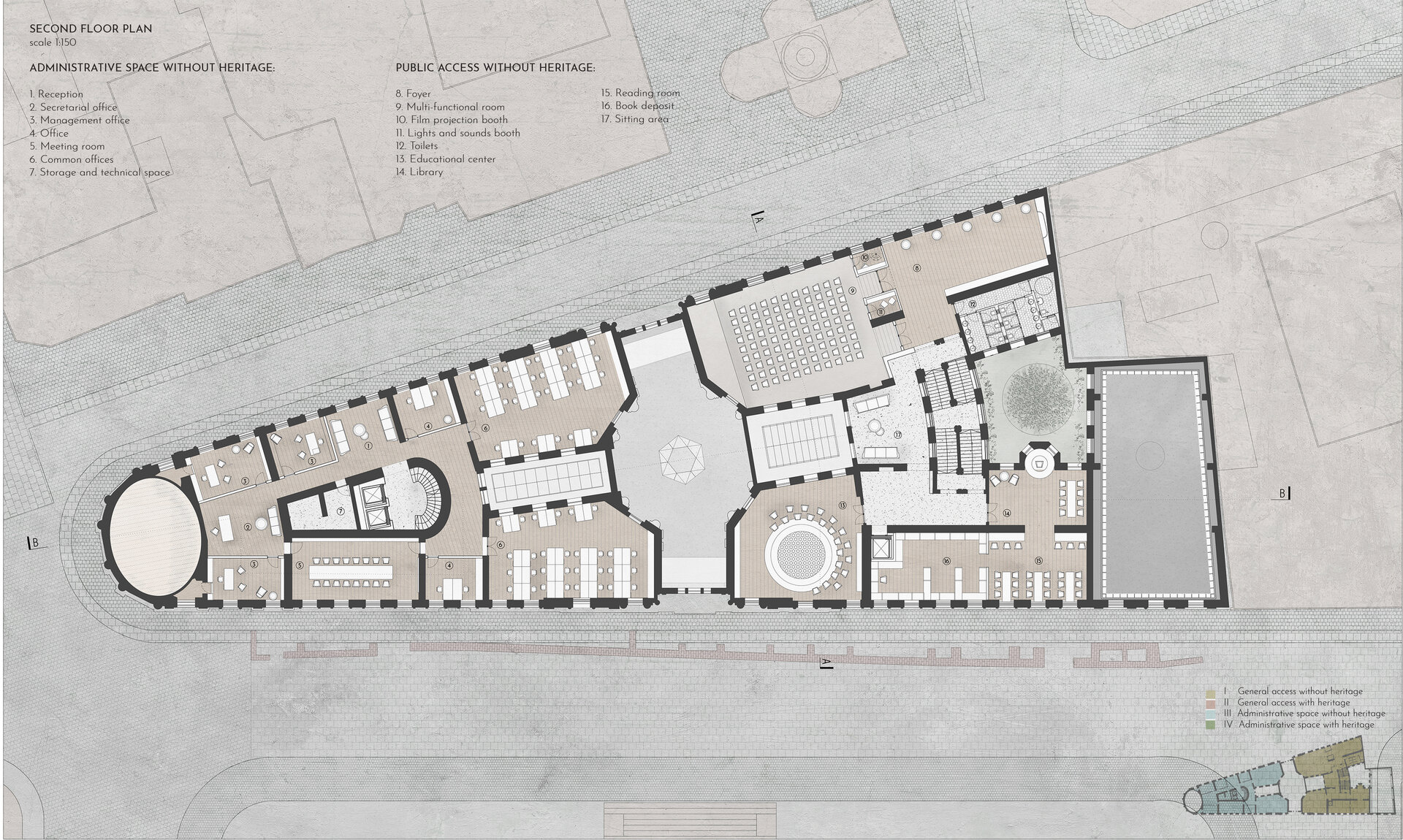