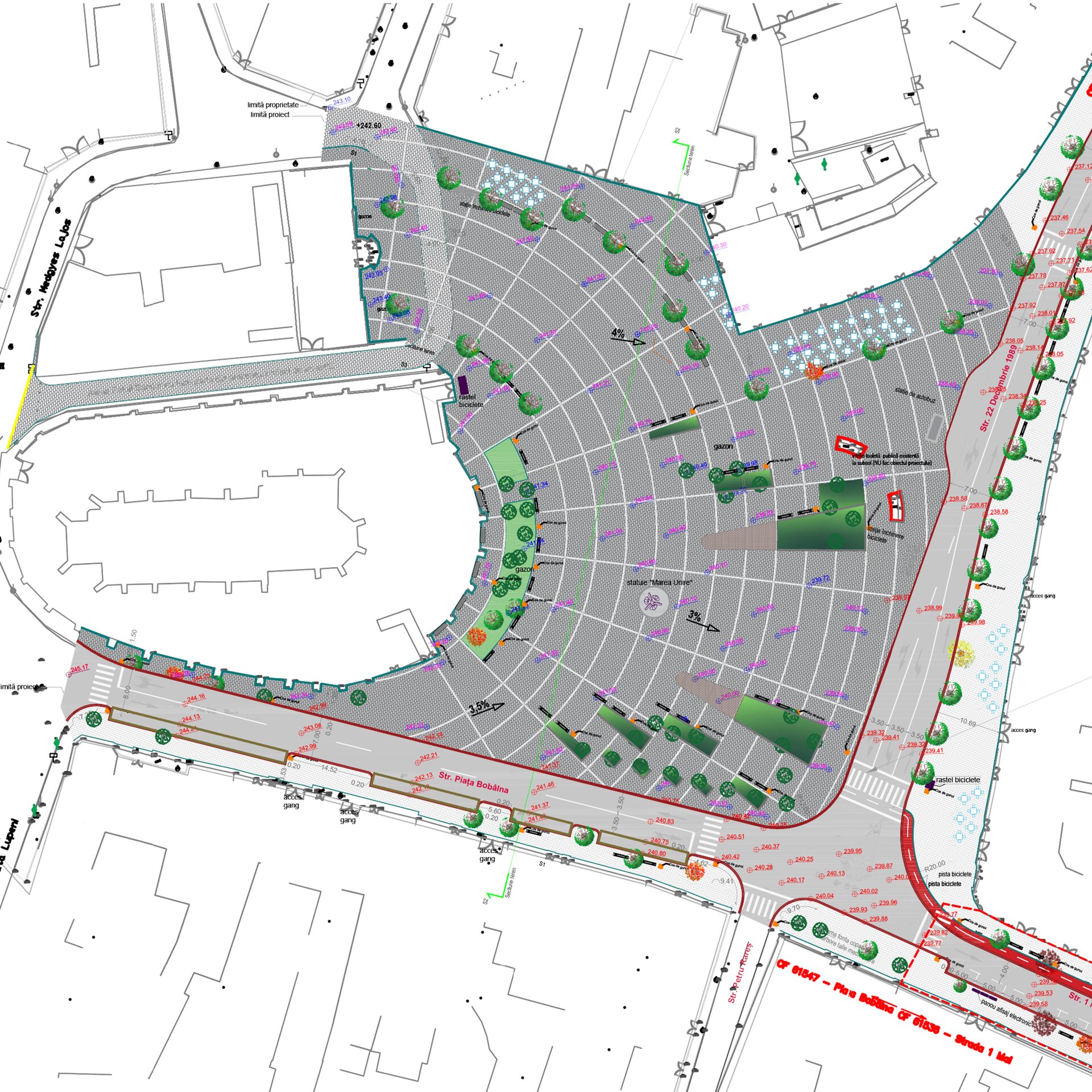 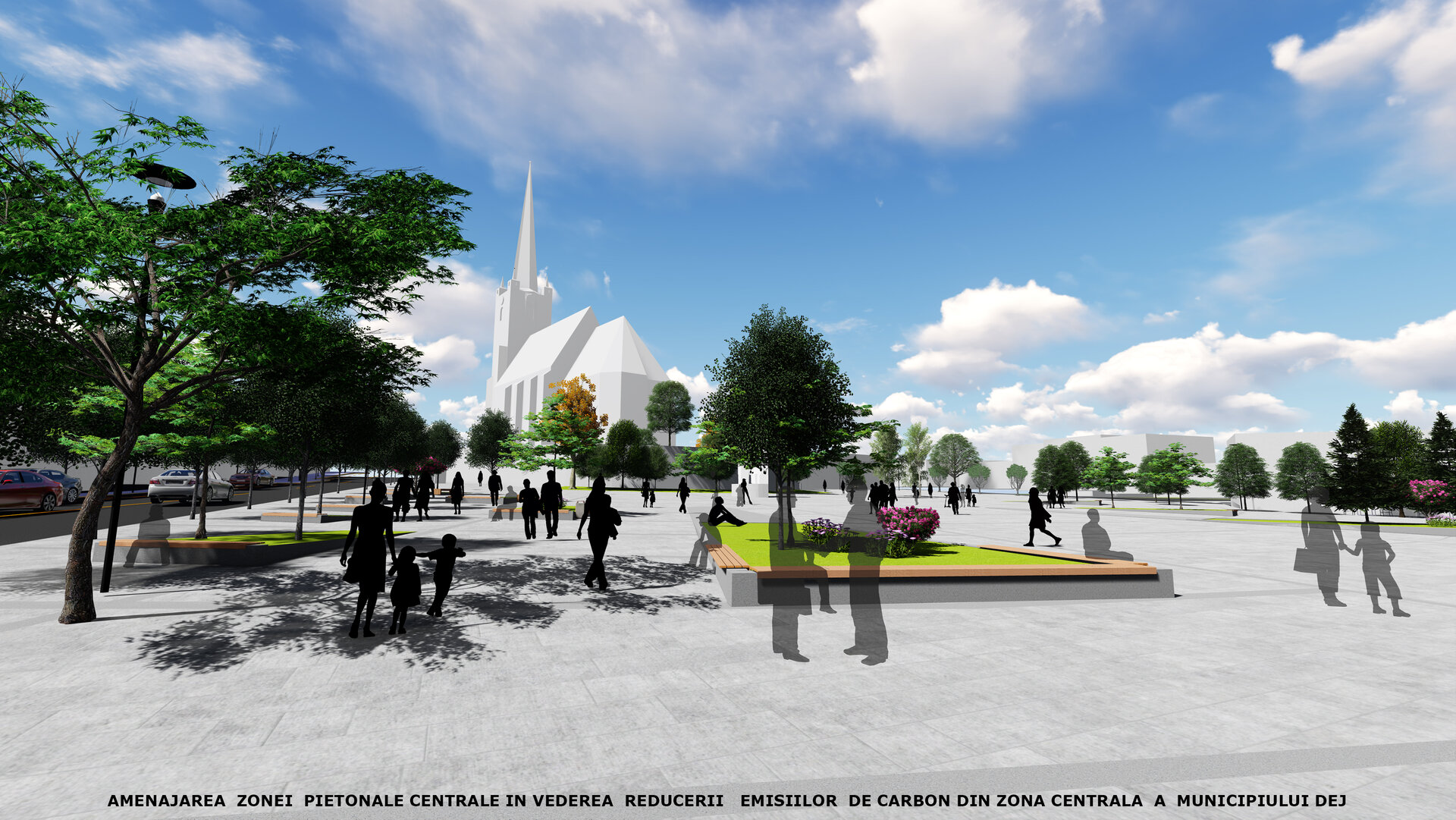 Bobalna Square is the central urban point of Dej city and is part of the Cultural Heritage. The most important building on the site is the church and its fencing, and the square is delimited by facades specific to the Transylvanian urban tradition of the XVIII and XIX centuries.
The main works aim to increase the attractiveness of this urban center for use. It is desired that the space to becom an area of ​​interest for the inhabitants and visitors of the city, a rest and promenade space destined at the same time for walks and events.
Together with the general requests from the design theme, the following main directions of action are proposed - the achievement of compositional principles at a high urban quality level and the achievement of some elements of visual importance and urban coherence:
1. The radiant directions of perception generated by the Reformed Church are taken over in the pavement design,
2. The lateral fronts with commercial and public alimentation activities that contain the market, can become true promenade routes,
3. Visual dialogue obtained by eliminating the chaotically developed vegetation in the existing park, which limits the visual fields,
4. Visual fields of perception that can be supported by a unitary overview of the market, now fragmented and blocked by uncontrolled growing vegetation.

- The entire pedestrian space resulting from its reconfiguration will be unified to fulfill the function of the central market of the city, with alveoli of green space, which will allow different types of activities and approaches, promenade, organization of cultural and commercial events.

-Through the unification of the pedestrian space, a large space is obtained, with a positional vegetation in a controlled way, which will improve the urban image and perception. The user of the new rearranged space perceiving the historical architectural objects in a permanent visual dialogue and in a whole unitary treatise.

-In the central square, the existing trees will be grouped in 5 area of vegetation, completed by shrubs and low vegetation but also by new lawn surfaces.

-The vegetation alignments along the streets will be completely restored. Green spaces having a precise role in terms of shading along pedestrian paths.

- The newly created green alveoli will be completed by rest areas in the form of continuous benches, by ambient lighting in the pavement and LED strip in the continuous furniture of the green alveoli, which will work to achieve aesthetically improved areas, clean, important in general beauty of the historical center of Dej Municipality.

-The pavement model within the square, the position and shape of the green alveoli, as well as the continuous sitting furniture, have the role that together with the slope of the land to emphasize the importance of the element built of the greatest importance, the church. All the urban elements gravitate towards the Church, a unifying social, historical and now urban element. 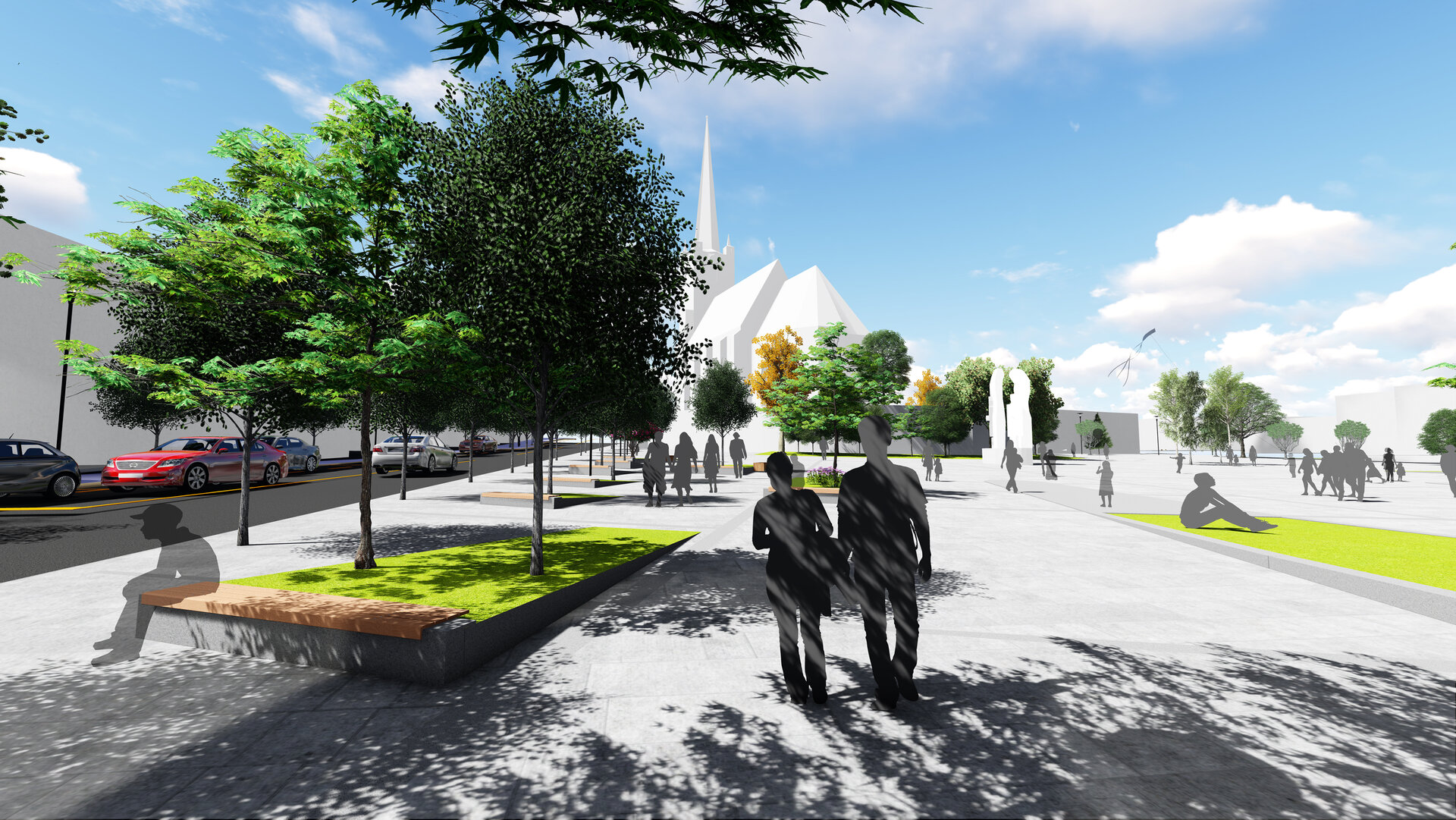 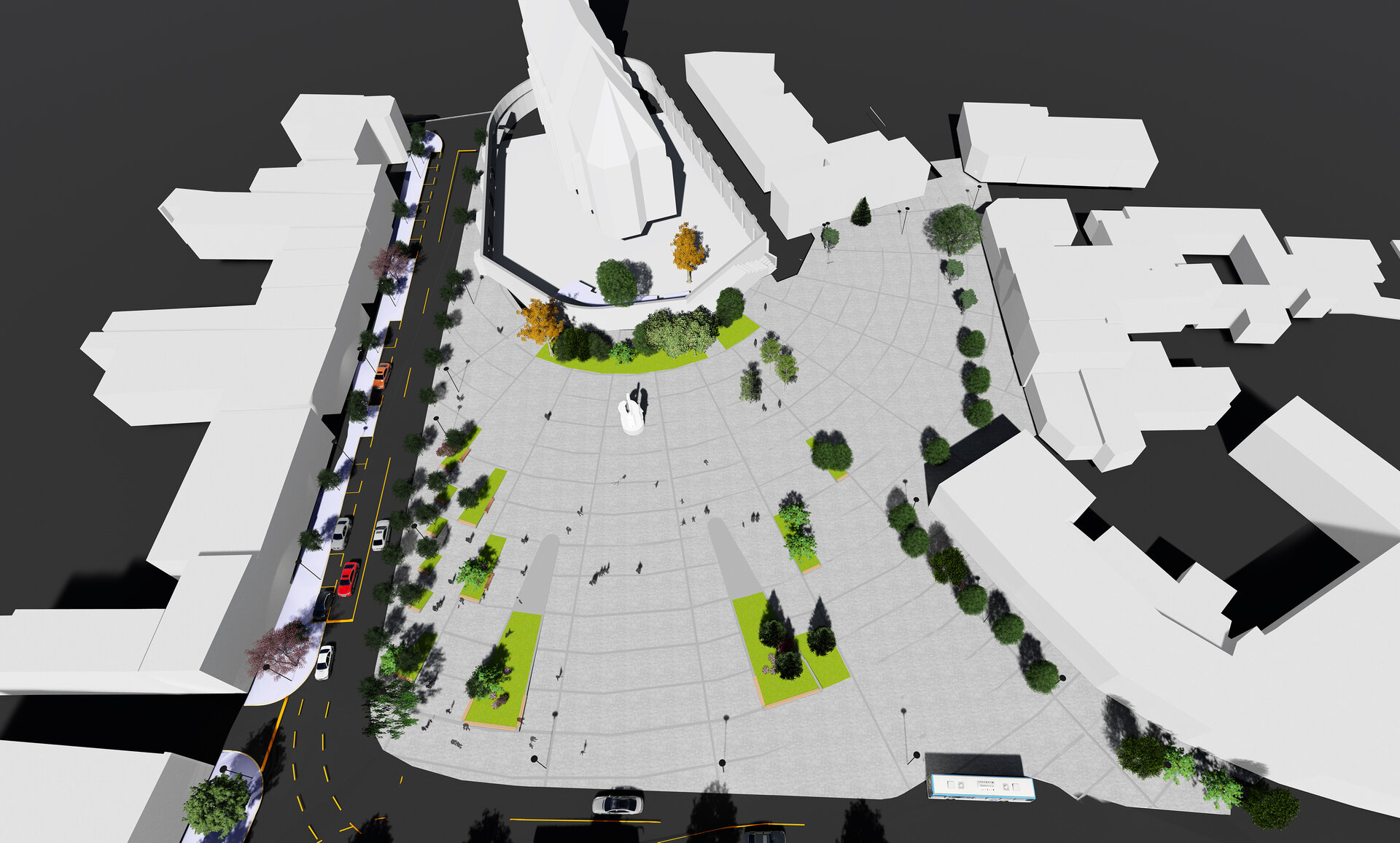 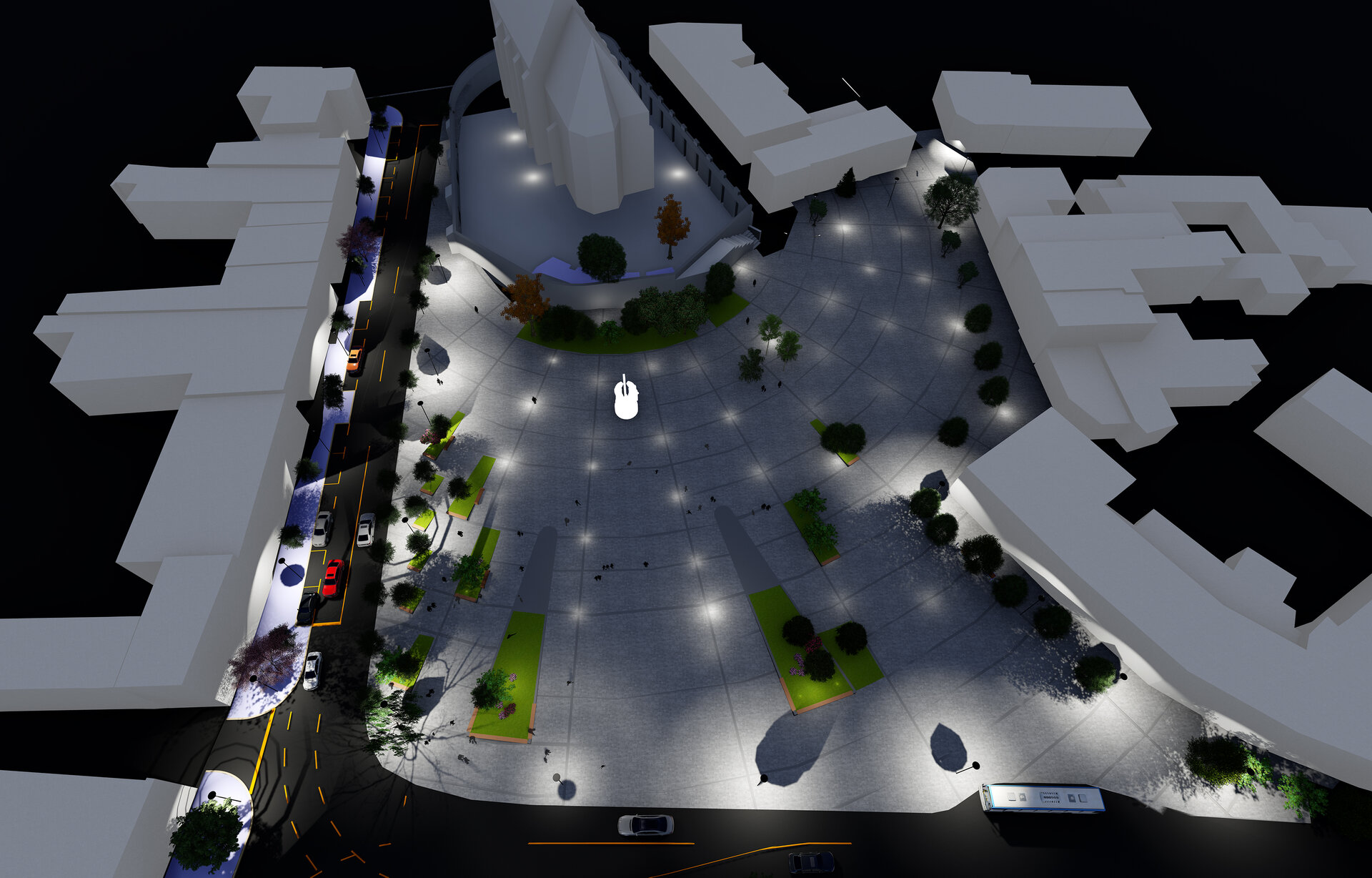 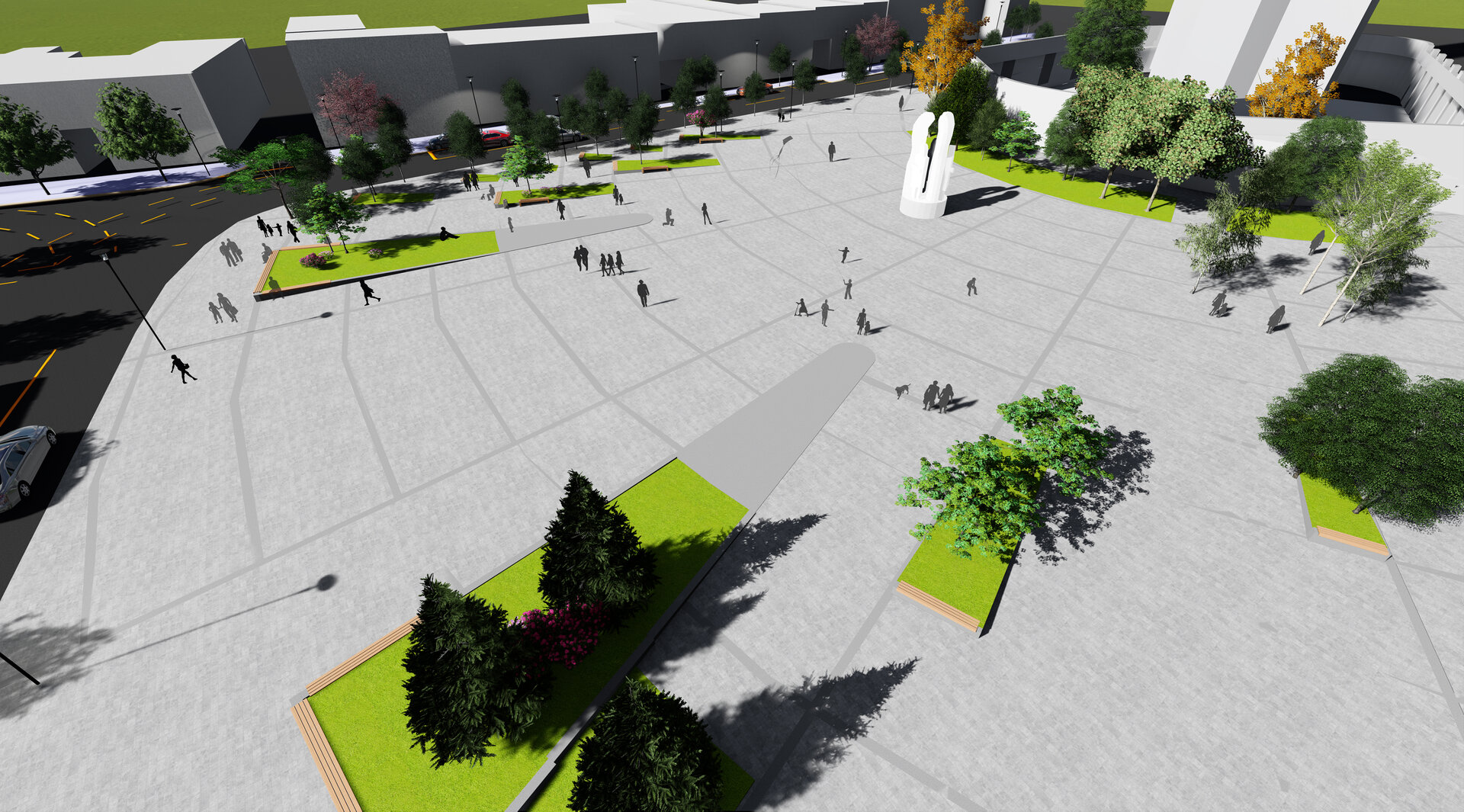 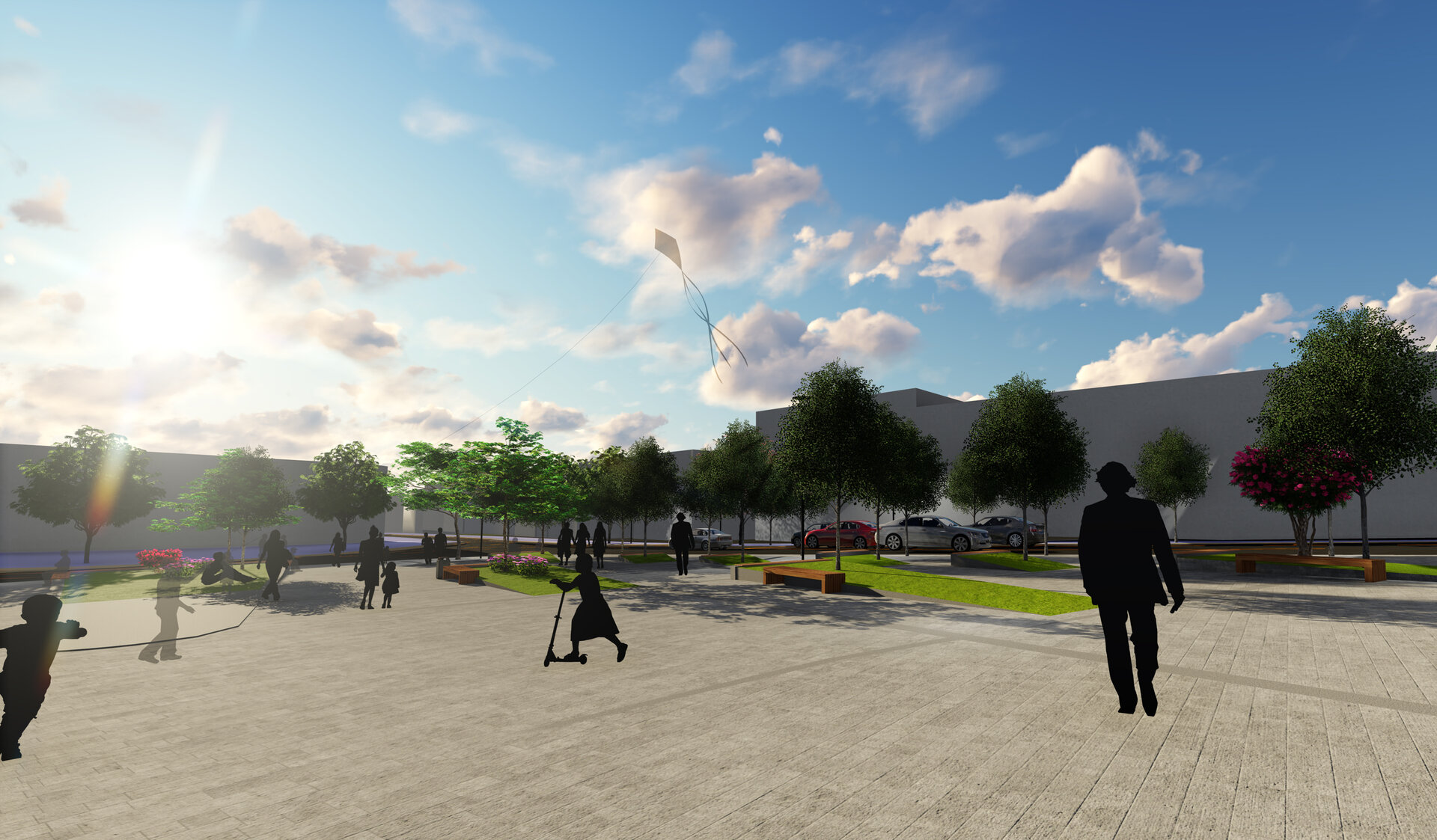 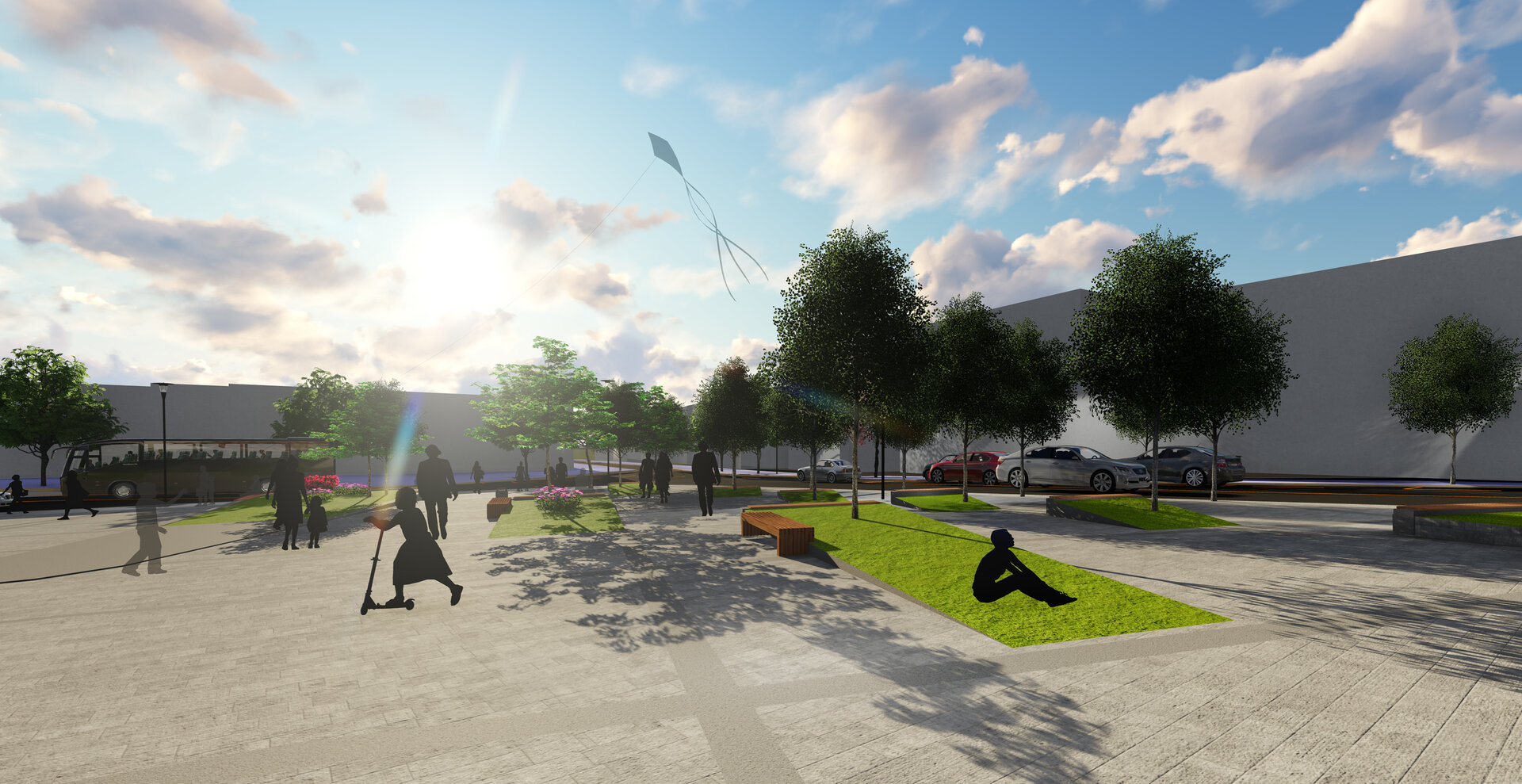 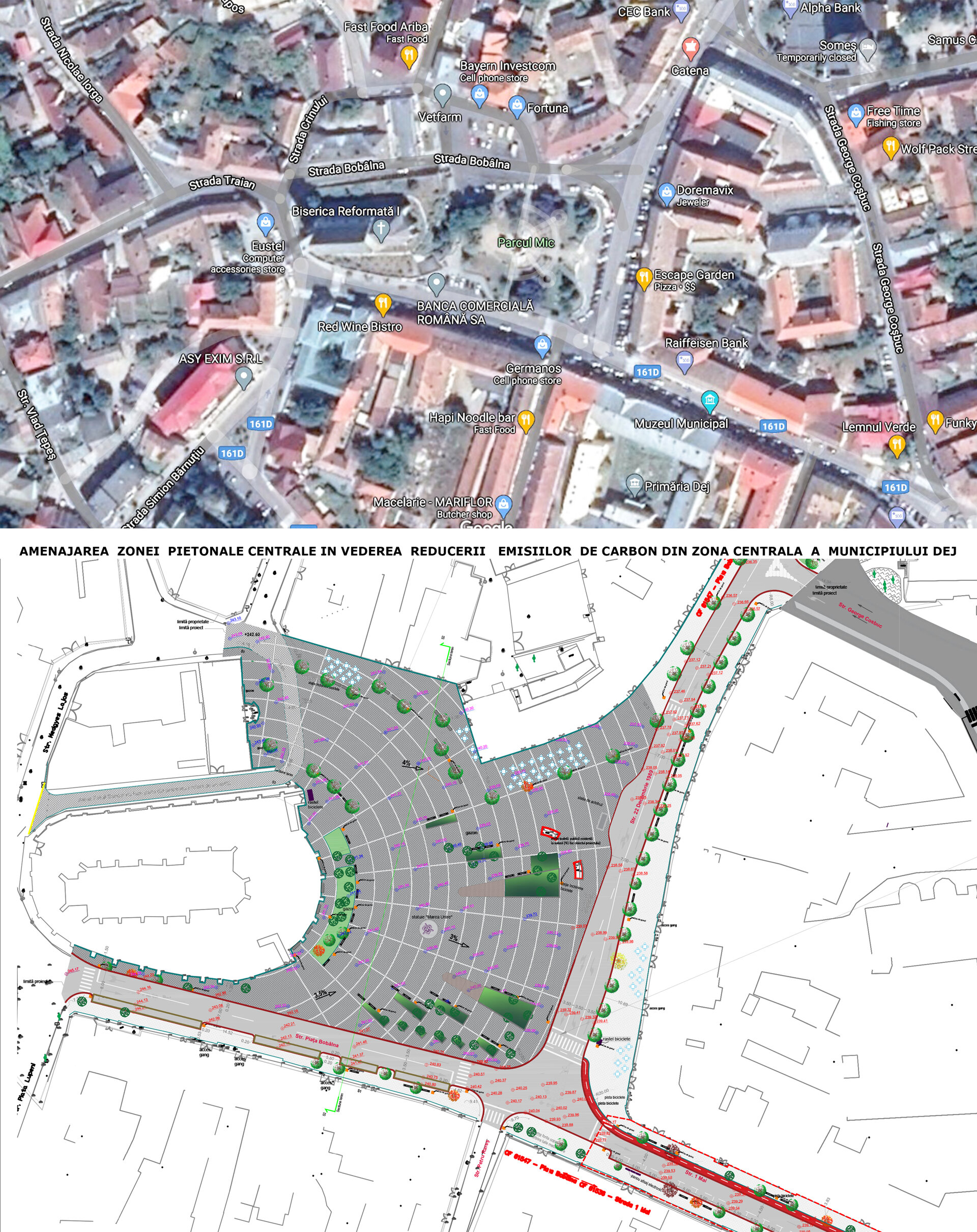