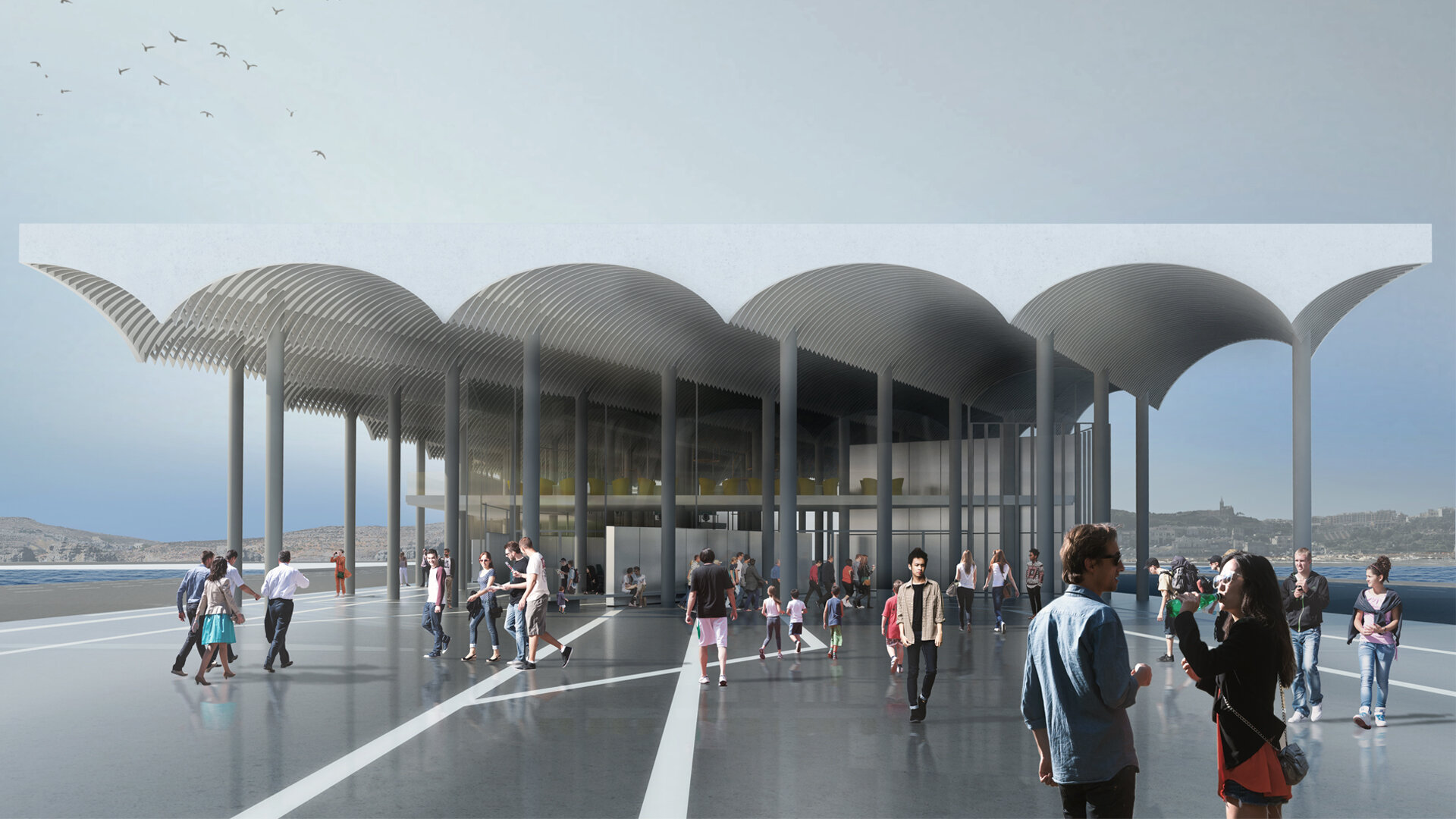 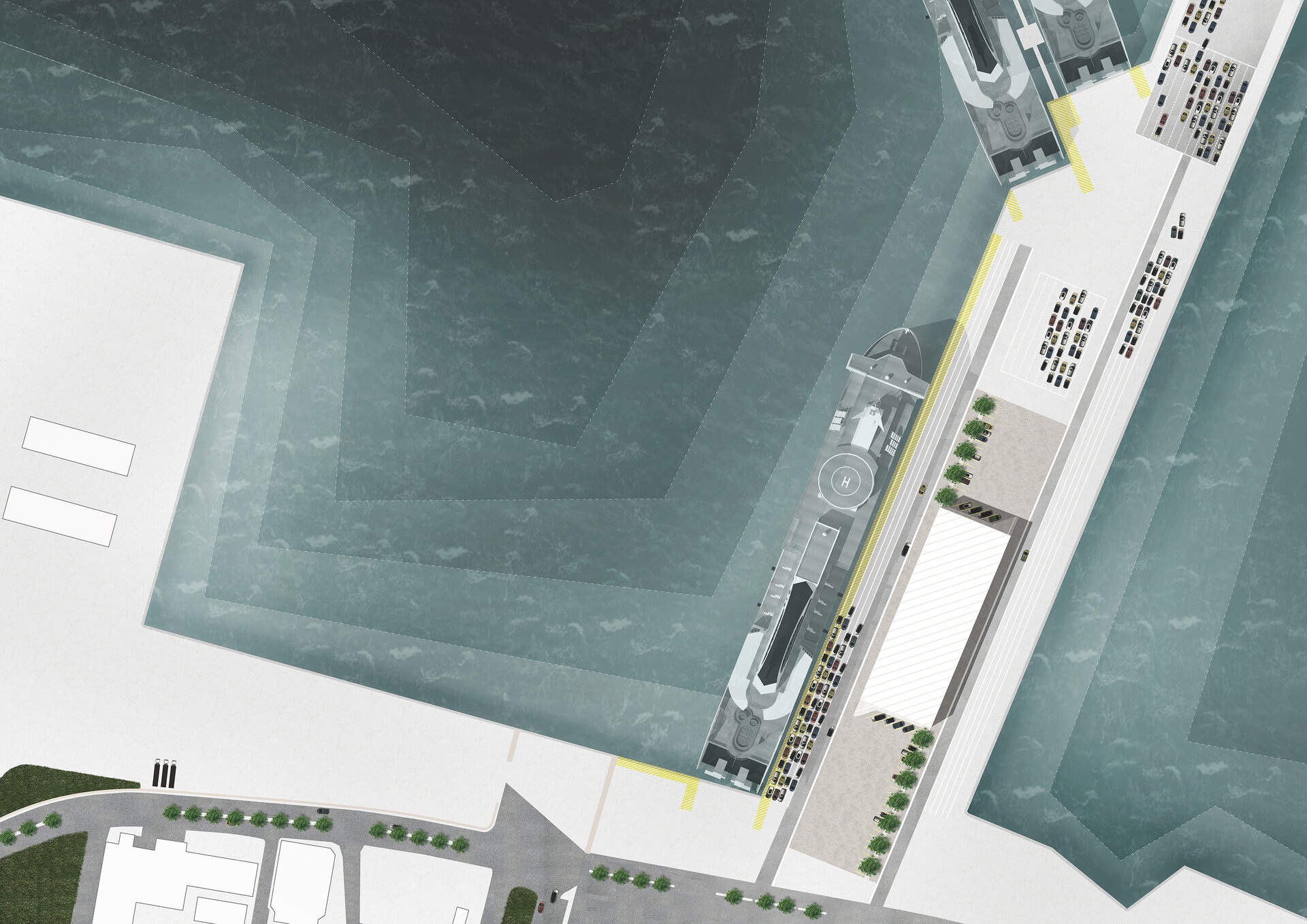 The study brief requested the design of a ferry terminal in Souda, Chania, Crete. The port is located in Souda Bay, 2 km from the city centre of Chania. Τhe city has a rich history starting from the prehistoric era, the Mycenaean civilisation, the Venetian and Ottoman command before becoming part of the Greek state in 1913. The ferry terminal had to be functional for passenger and cruise ships, while allowing its extension through a second phase, based on the future passenger loads. The proposal is meant to create a building that corresponds to the temperate climate of Crete, making good use of the exterior spaces, and gradually connecting it to the indoor spaces, while enhancing the architectural qualities of the space.
With a particular consideration to the local architecture and specific details of the rich architecture and historical context of the city, our proposal consists of a main canopy which is functional on multiple levels and in a multidisciplinary manner. It serves as a dialogue between the history of Chania and specifically its venetian past and the maritime architecture of the time. The “Neoria’’, old ship stations and storage areas for ship repairing, are the main reference. On the arches of “Neoria”, a mold is cast, creating the negative pattern of the roofing which acts as a canopy. The functions that the building intents to serve are divided into two main components: offices and a ferry terminal. Between the two components, a covered area is created which serves as a public space and acts as a protected entrance for the building. The passenger load is subdivided into three main flows; the first flow travelling intra Schengen, checks in and proceeds for boarding; the second flow checks-in, goes to passport control and proceeds for boarding and finally the third flow makes use of the new technology being able to check-in online and proceeds straight to boarding through the canopy, without the need of security checks.
In terms of bioclimatic sustainable and environmental design, the canopy is an ideal solution for the climate of Crete since it allows the sunlight to penetrate the building during winter time, heating the interior and stopping the sun while allowing natural air flow to ventilate the construction during summer time. 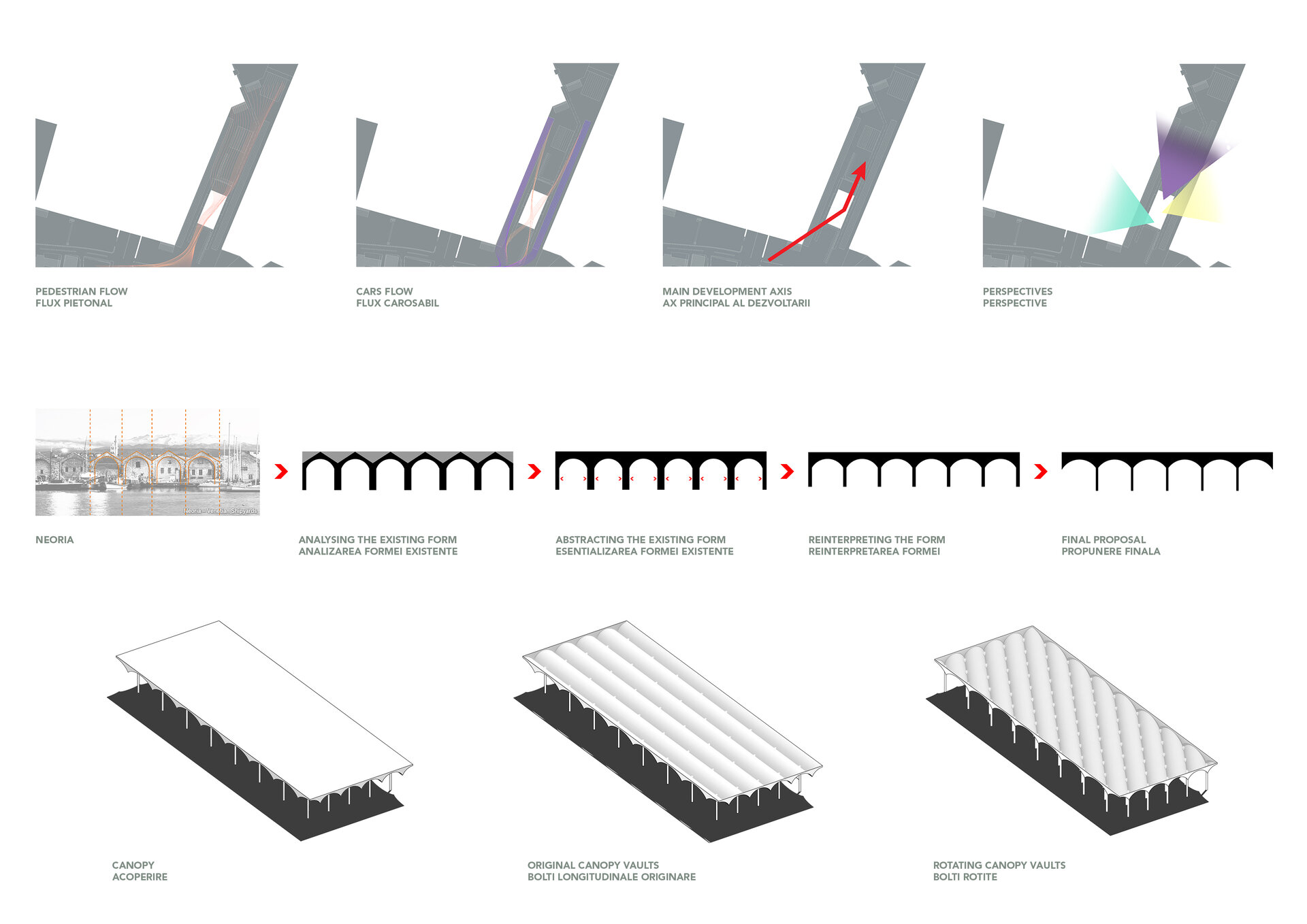 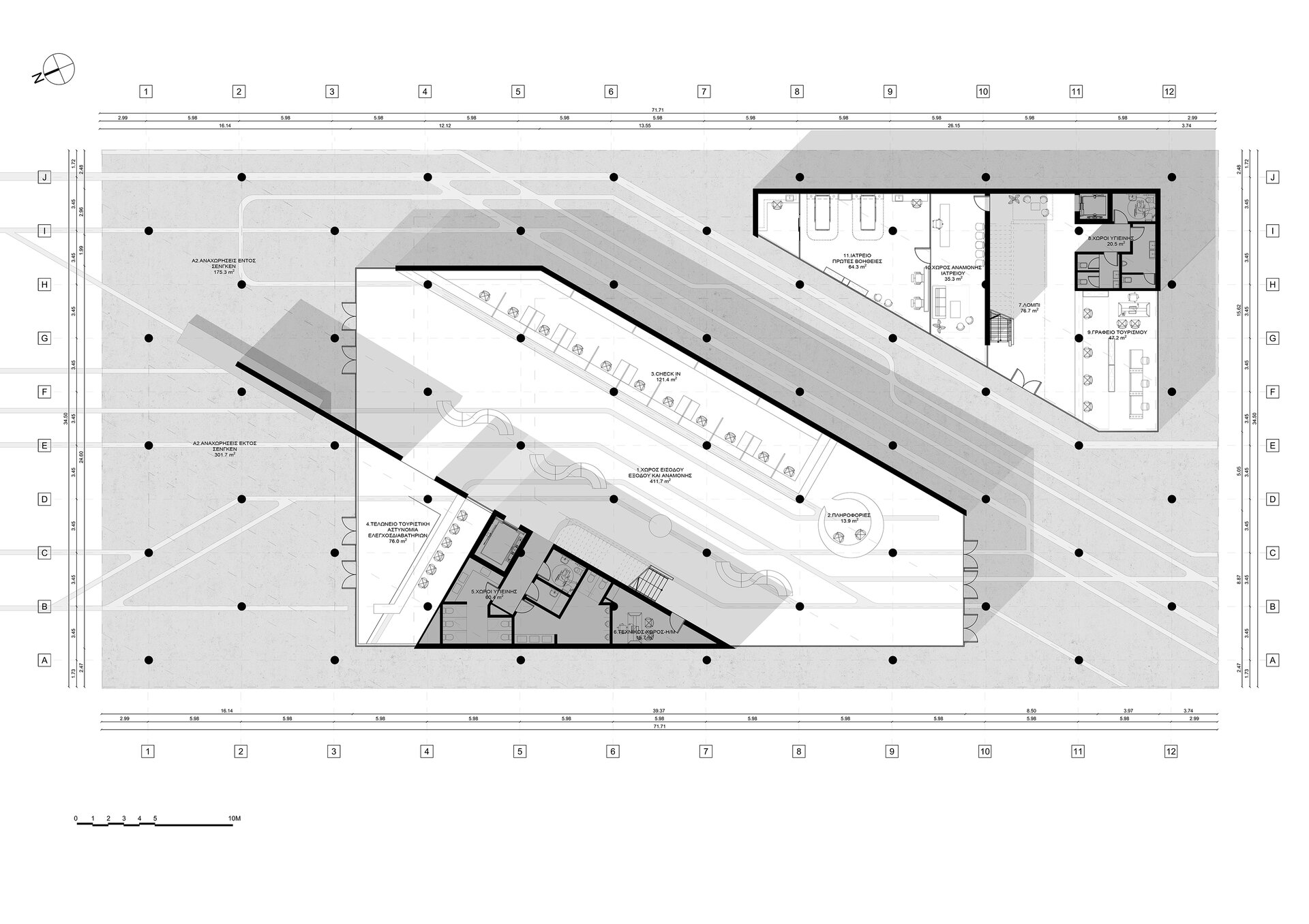 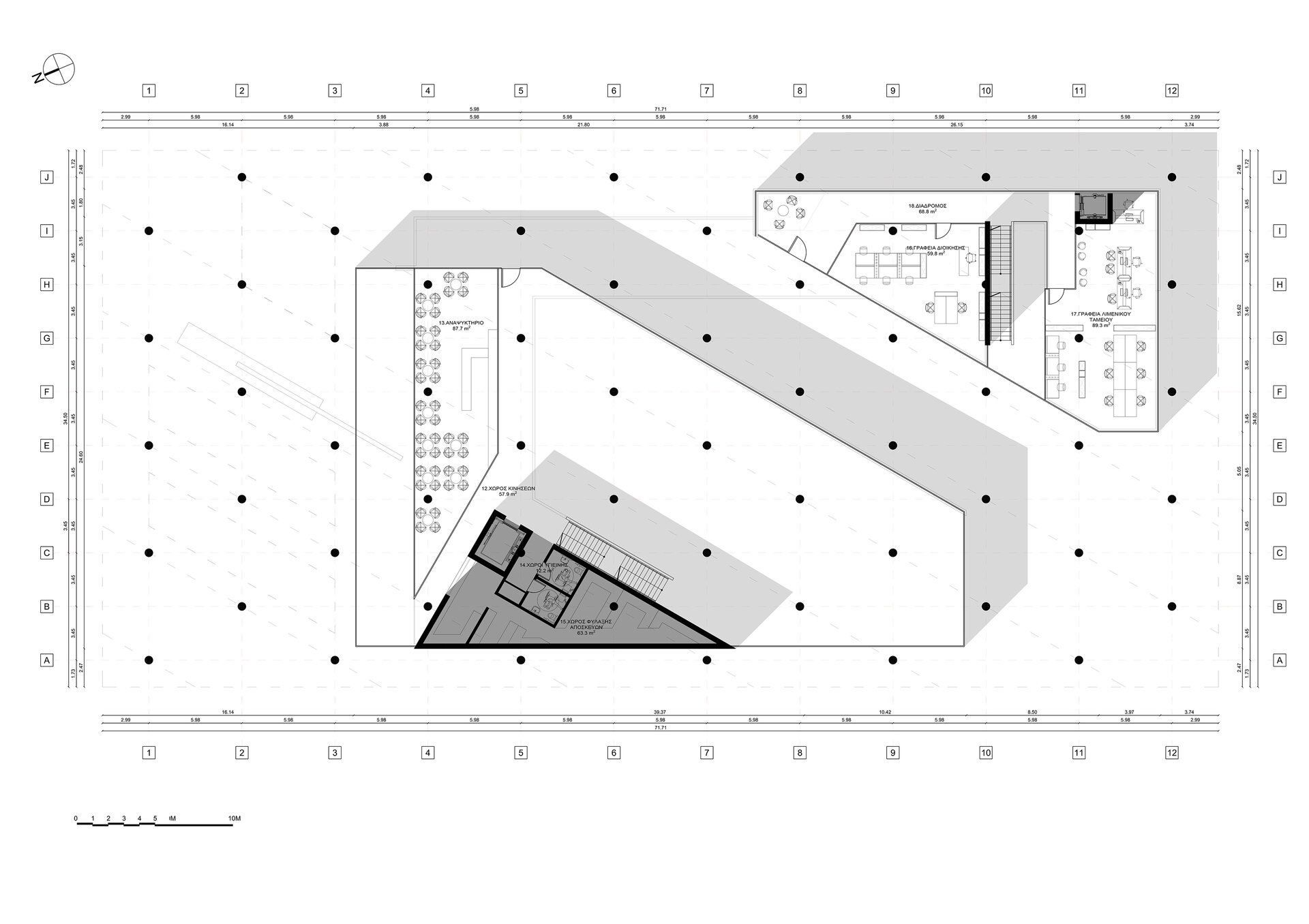 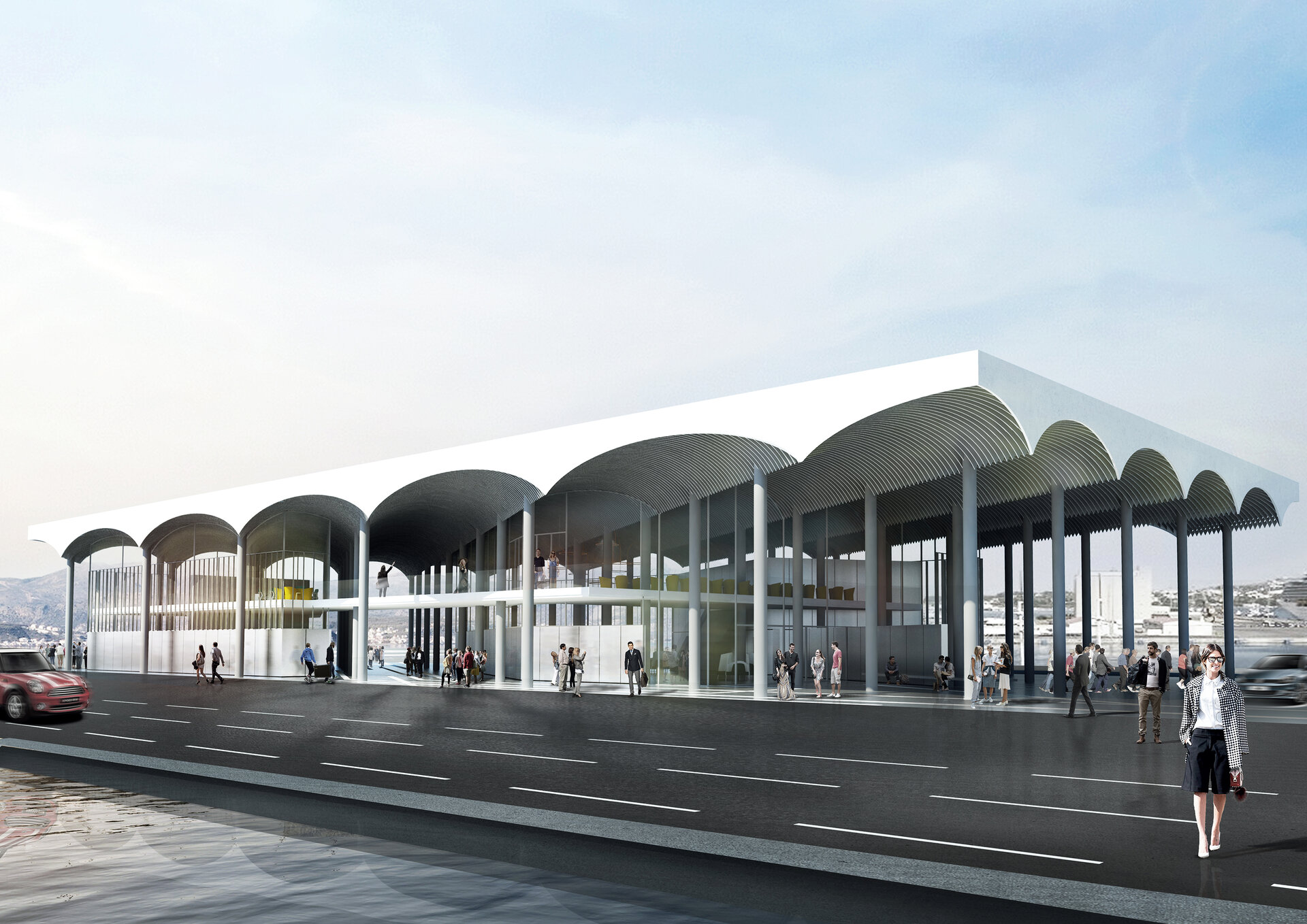 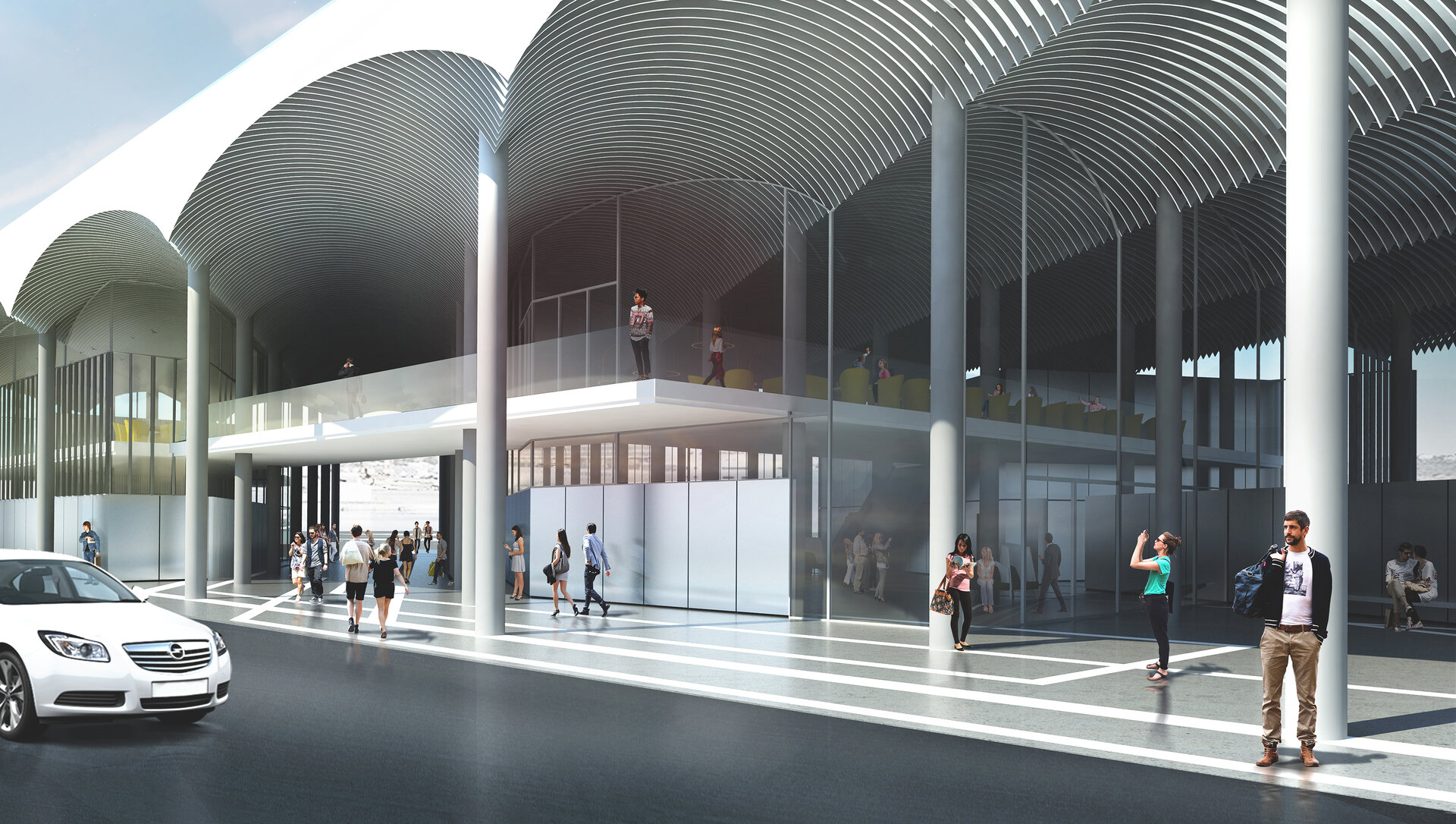 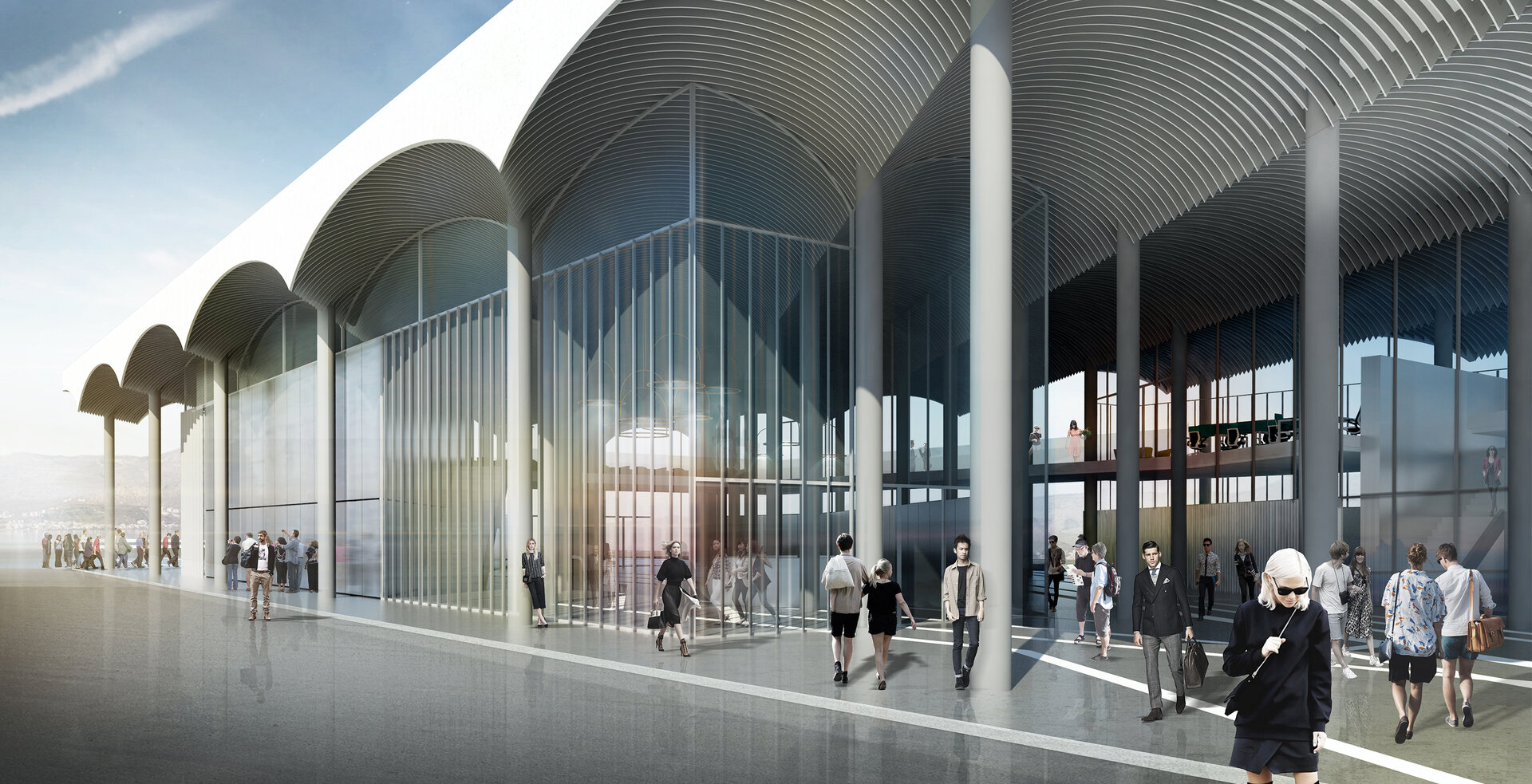 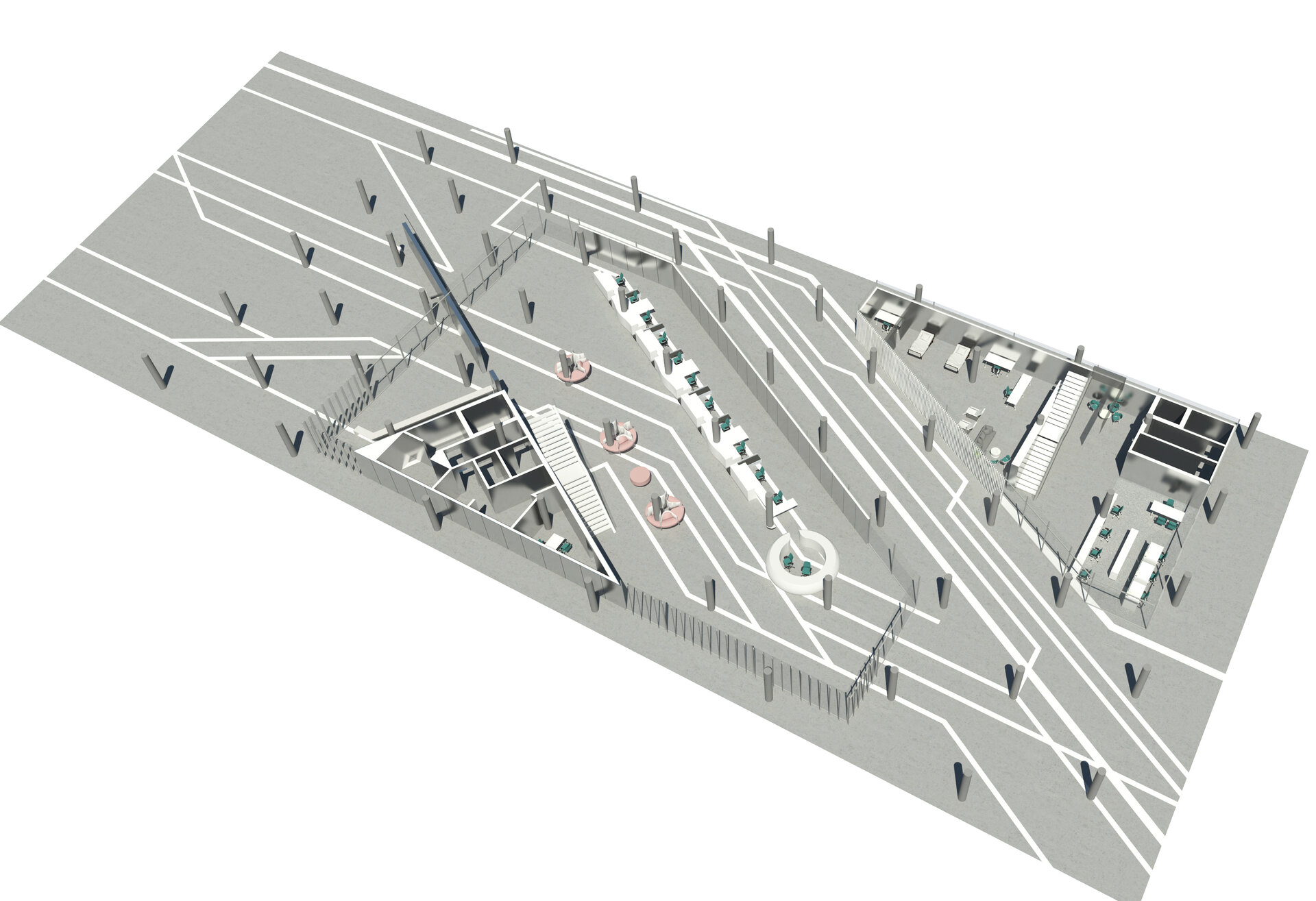 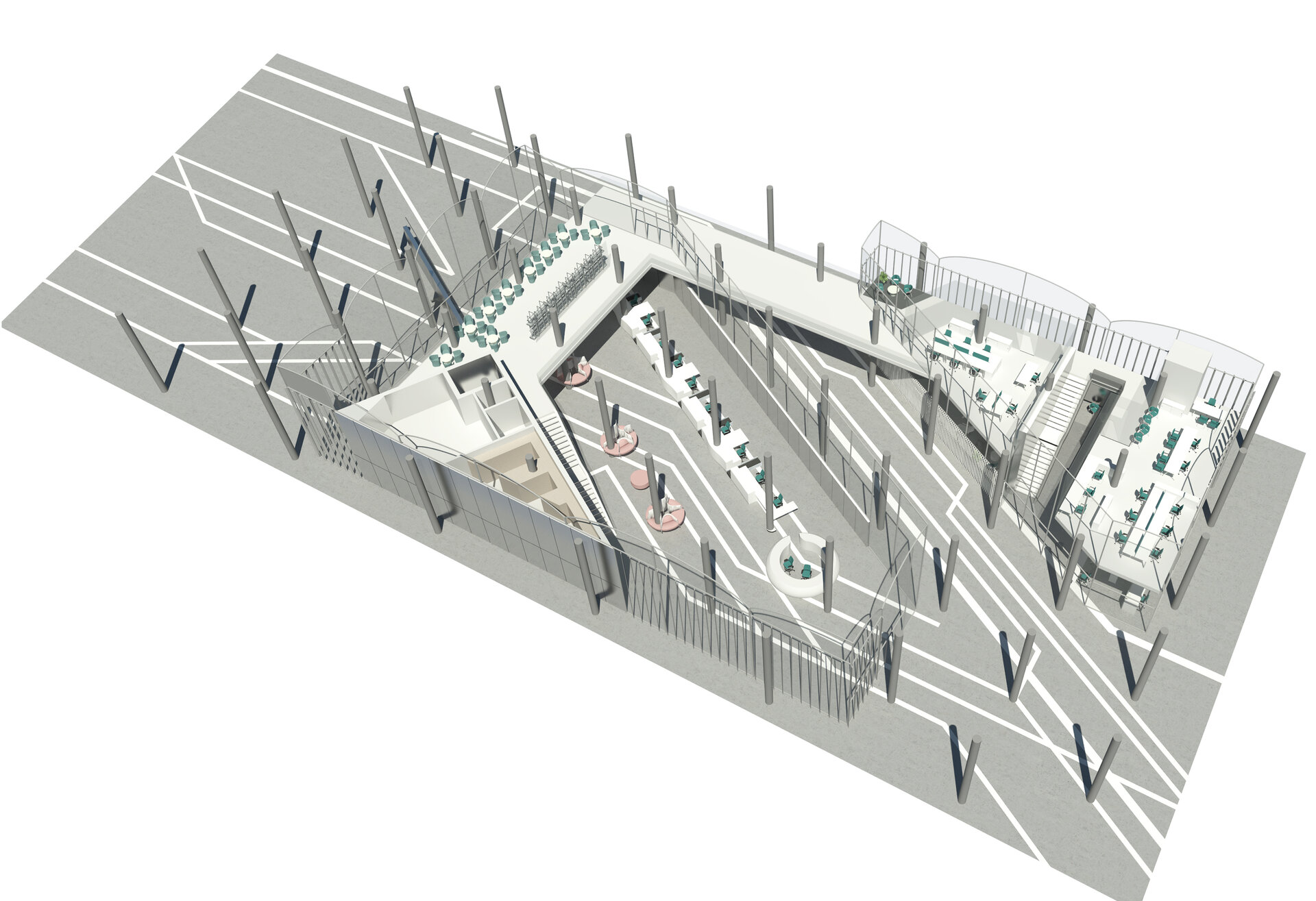